A giant hand seemed to clench my stomach as we approached a man who looked a lot like Knight. Had to be his father. Even though by blood he was his uncle, it was obvious Knight’s real father probably resembled him. Waiting on Knight to do the introductions, I felt the sting of Mr. Richardson’s glare.

“Hello, Pops. This is Alex Day. Remember you said you wanted to meet him?” He wrapped my hand into his arm possessively. “He’s my date tonight. So you see, it would have been impossible for me to take Chiandra.” 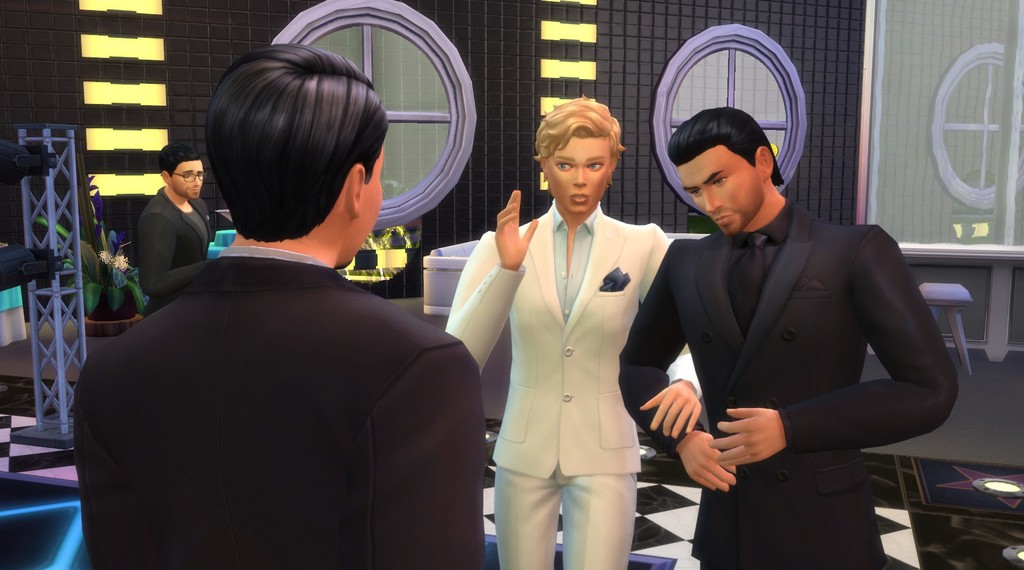 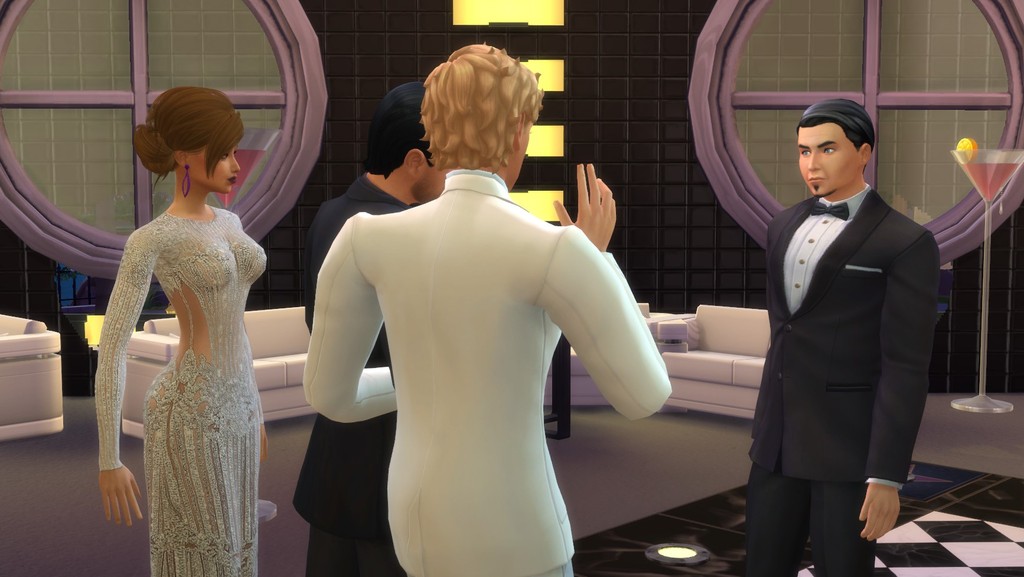 Knight stared him down, challenging him. “I’m dead serious.”

A frazzled woman broke in. I recognized her from the prints. She was Chiandra. “What is this, Antonio? You didn’t tell me Knight is now...Knight is...”
​ 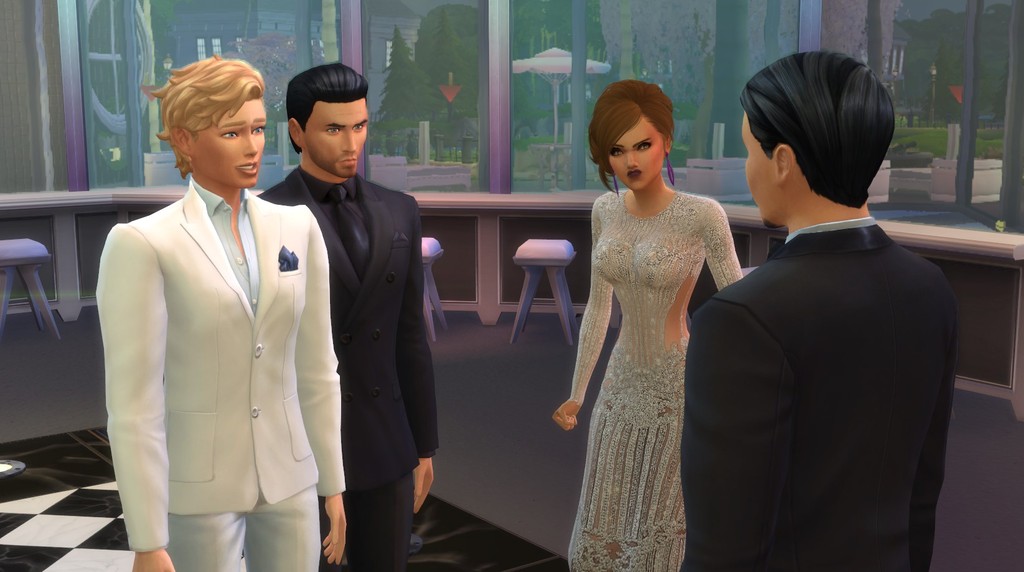 “Gay?” Knight spit the word then wrapped his arm around my waist. Another challenge.

I flinched at his touch. Being this close to him was hard enough but at this moment, I had to keep myself from pulling back. I needed to make it believable.
​ 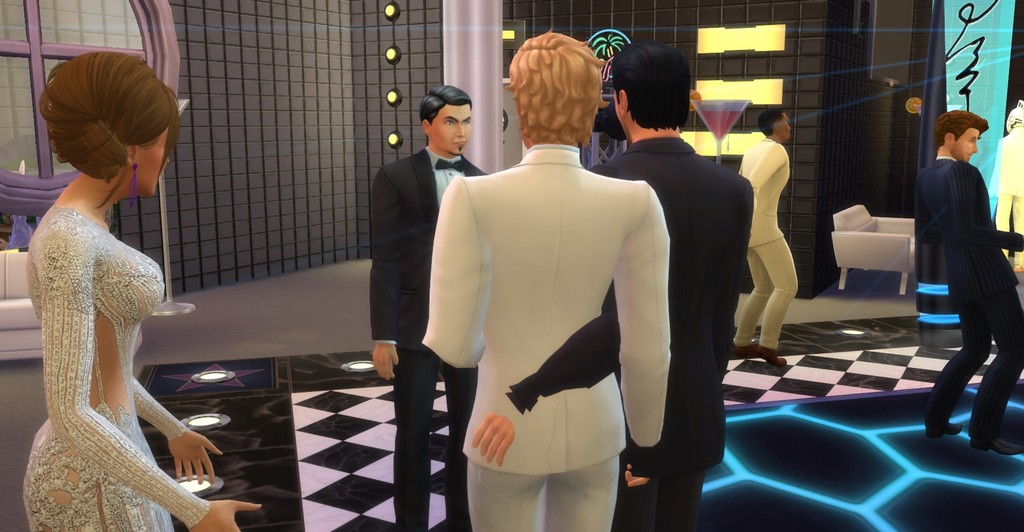 Antonio Richardson’s jaw clenched, never taking his eyes off Knight. I doubted he was buying it. I had no idea why Knight wanted to do this to him but that wasn’t my problem. One thing was for sure—the sight of us was making him angry. “You think I’m stupid? You think you can come in here with some pretty boy punk and make me believe this lie?”

Turning to me, he snarled, “And I hear you punched out my son. A minor. Do you have any idea what assault of a minor can get these days? Probably a year in jail. I’ll make sure you won’t see Knight again if you don’t leave. Now.”

Damn. I knew I couldn’t hide from what I’d done to Kyle for long. Blood rushed out of my head, making me woozy. I saw my arrest, Brianna’s stricken face, and all my dreams seep out like sand in a sieve. “I-I’m sorry, sir. I didn’t know Kyle was going to punch me. It was a reaction.”

“A professional fighter knocking out a young boy is a just a reaction?” he huffed, creating a loud snorting sound. “We’ll see what a judge thinks about that.”
​ 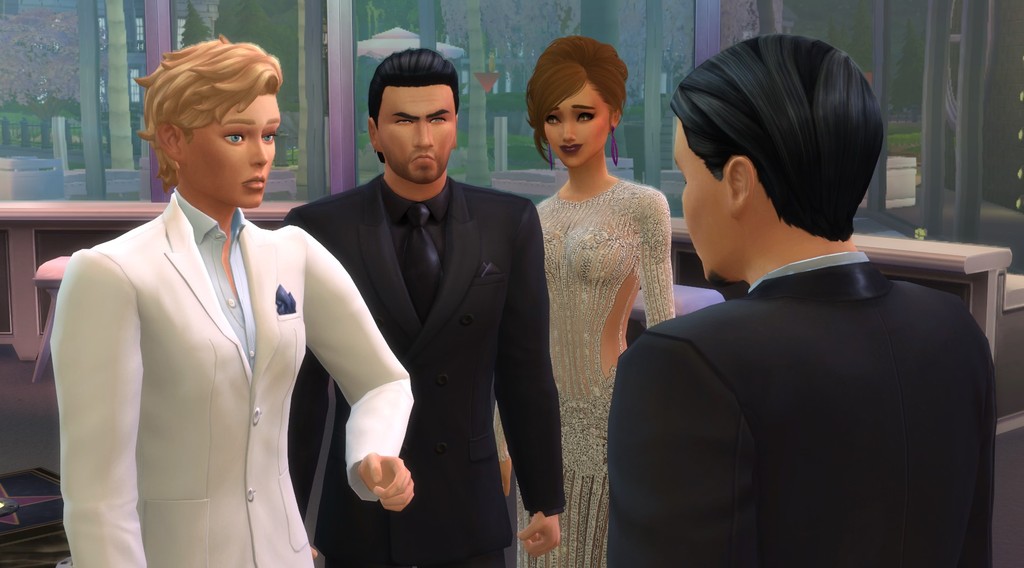 Knight launched at him. “Don’t you dare threaten Alex. You know as well as I do that Kyle had it coming. If you press charges against Alex, I’ll leave you and your organization, taking all my trust money with me.”
​ 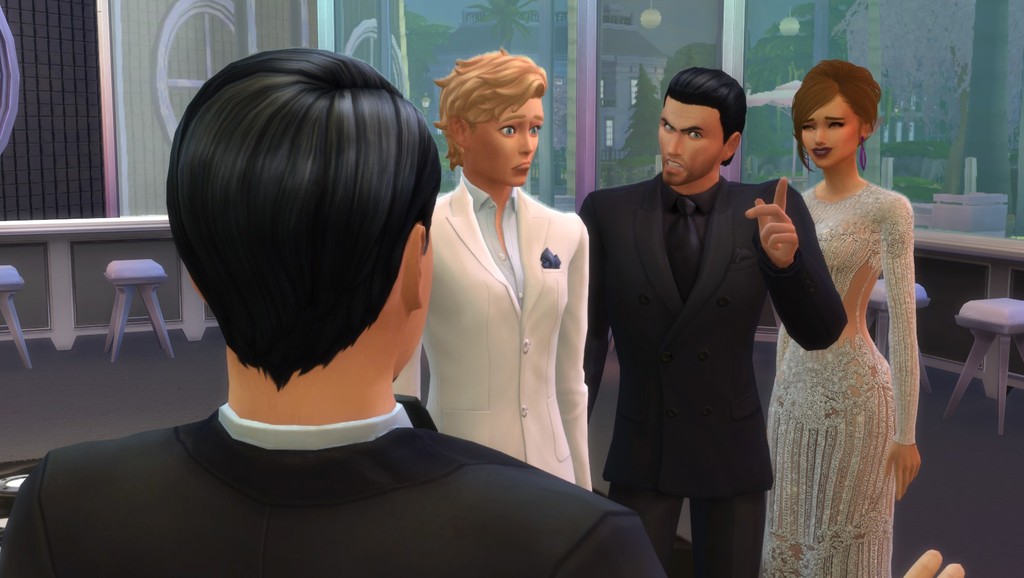 Threading my fingers in his, Knight said, “Come on, Alex. Let’s go outside. There’s too many assholes here.”
​ 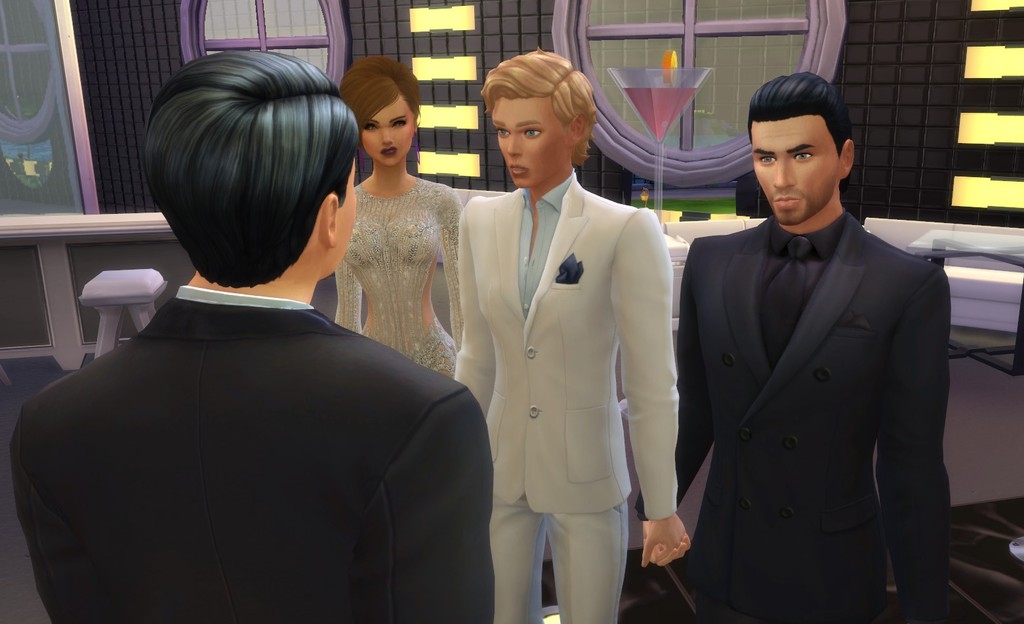 As soon as we hit the night air, Alex bolted. I had to run so I could keep up with him. “Hey! Slow down, will you?”

“Man, that was so jacked up. I’m glad you’re paying me because I’ve never been so humiliated and scared in my entire life.”
​ 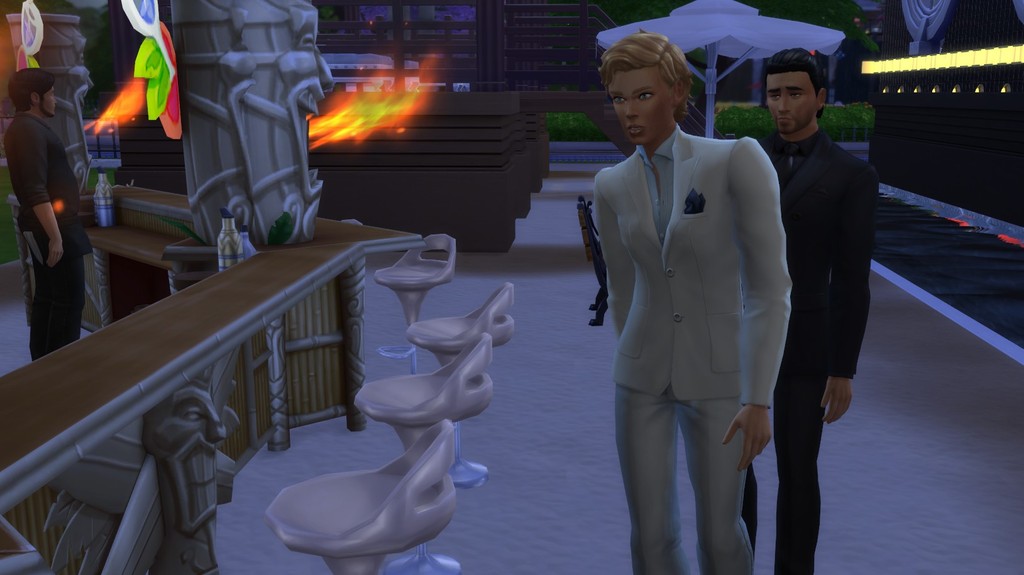 Still chasing him like a little puppy, I said, “Listen, I’m sorry. I didn’t know it would go down that badly. I actually thought my father would laugh. I was more wanting to keep Chiandra off my scent.”
​ 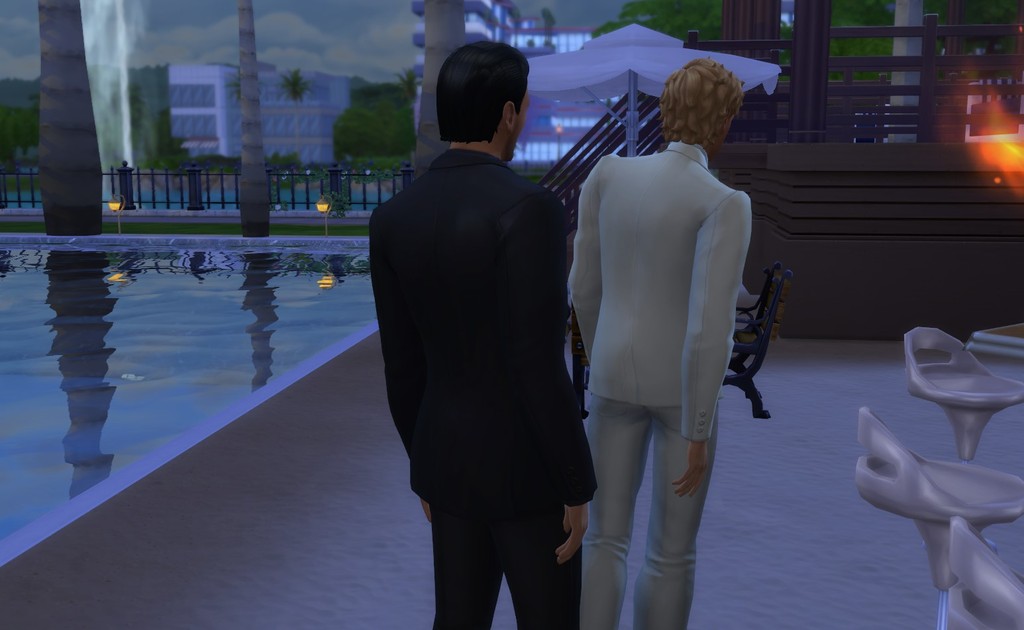 Pulling Alex’s arm, I forced him to stop. “Come on. Let’s get a drink at this bar and calm down, okay?”

I didn’t want our night to end like this. The place was so cool and quiet outside. He just needed some time to decelerate. “Let’s go up on one of the decks and talk. I don’t want to send you home now. I feel bad.”
​ 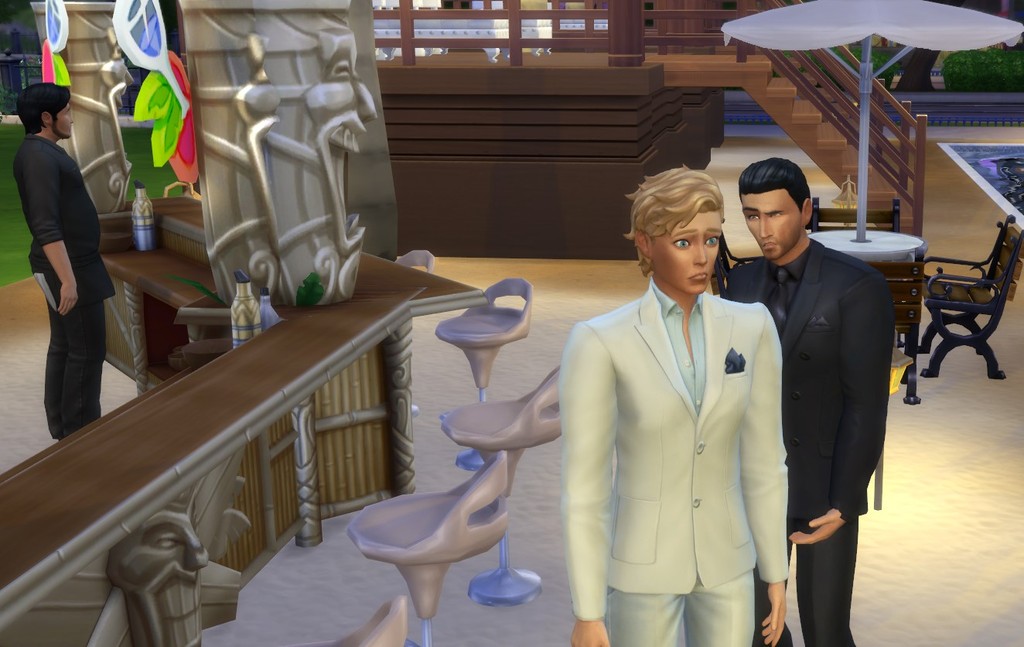 In the low lights of the deck, we sank into the cushions. I sat a bit too close to Alex and he gave me a look. I couldn’t help myself. For a long moment all I could do was stare into his gorgeous blue eyes. I’d never seen such beautiful eyes on anyone—man or woman. “Did you know you’re pretty?” I heard myself say.
​ 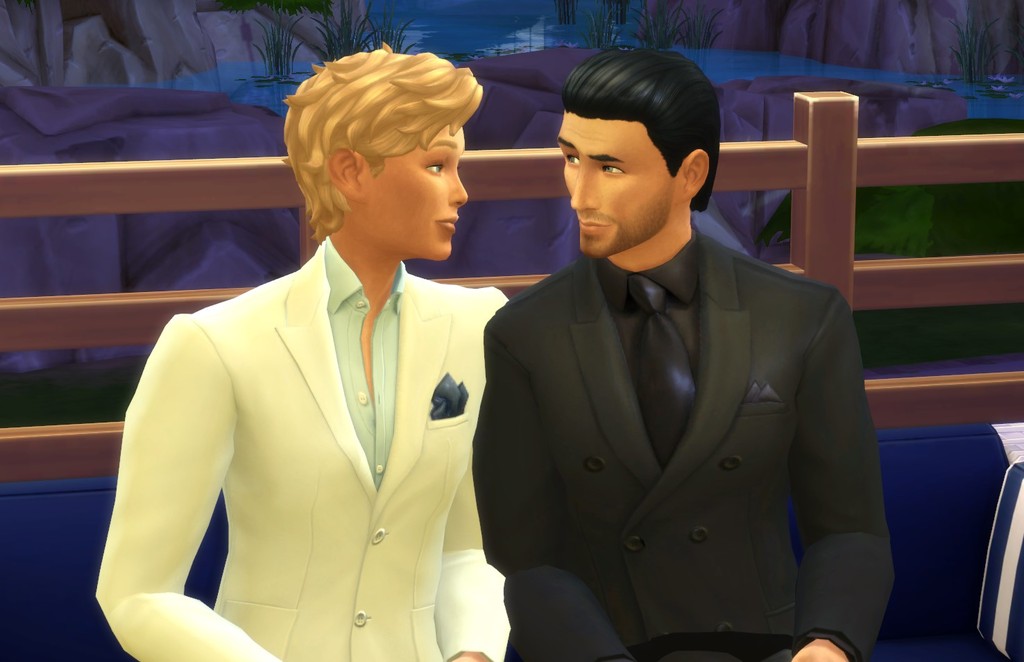 Face coloring, he laughed. “I can honestly say no one has ever told me that.”

Lurching my head back, I said, “You’re kidding me. You’ve never been called a pretty boy in your life? I mean, seriously, Alex. If you wore makeup and grew your hair out, you could pass for a girl.” Then the side of my mouth flinched. “Well, we’d have to get rid of those massive shoulders and arms and well...yeah, the rest of your body is all man, so you’d end up looking like a guy in drag but still...”

He squinted. “Are you trying to give me a compliment? It isn’t working.”
​ 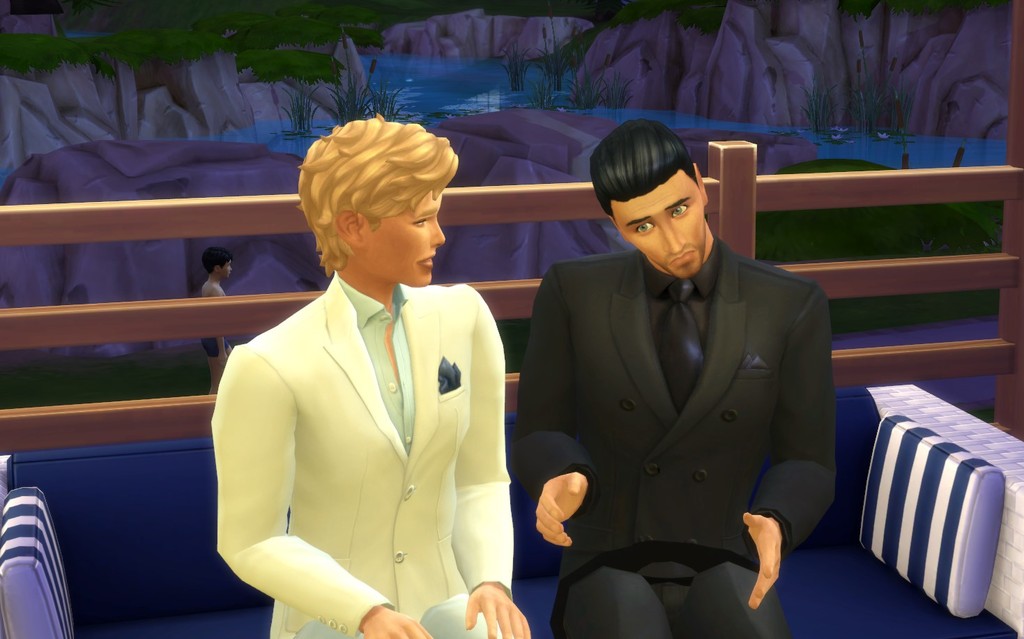 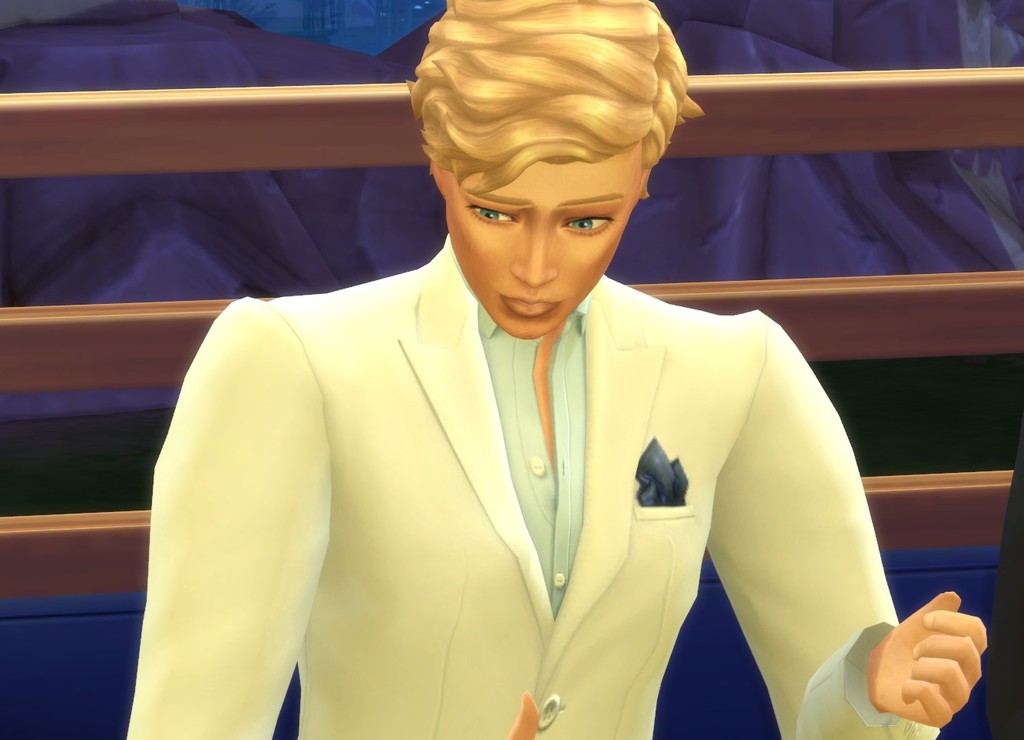 He shook his head. “Nothing...you saying that just made me think about my mom.”

Uh oh. Dangerous territory. I knew something awful had happened between them and I didn’t know if I should pull it out of him. When he didn’t say anything for a long time, I couldn’t help myself. “Why?”

Biting his lip, he finally said, “I was Mom’s project when I was little. I didn’t fit the mold she thought I should but instead of allowing me to be who I was, she’d just belittle me and tell me what a loser I was. I was weird. I didn’t act like the other kids. It got so bad, she decided she couldn't stand the sight of me. By the time I was eight, Mom announced since she hated me so much, she needed a new kid. One that wouldn’t disappoint her. Nine months later, she had Bri.”

“That sounds horrible. What did your dad say?”
​ 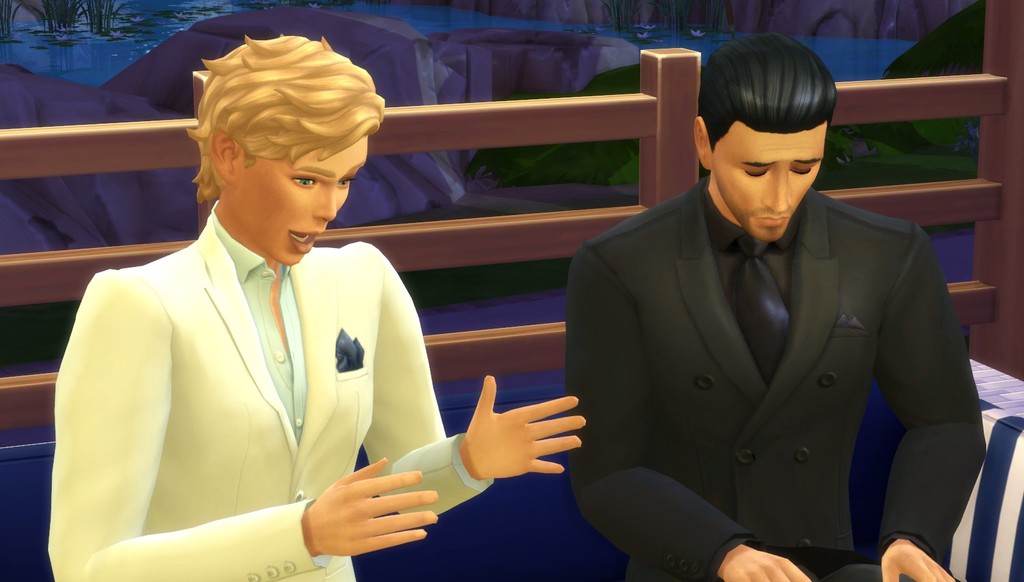 “He never knew she abused me like that. She’d change whenever he was home and pay attention to me like a good mother. I knew my dad wouldn’t believe me anyway if I told him. Her act was perfect.

“But then my dad got sick when Bri was two and she left. Seems she couldn’t handle having a man she’d have to take care of. My father had terminal kidney cancer. He did well for a few years but by the time I was thirteen, I was head of the household, taking care of Bri and him. When he died, it wasn’t much of a shock to me to manage things. I’d already been doing that for five years.”
​ 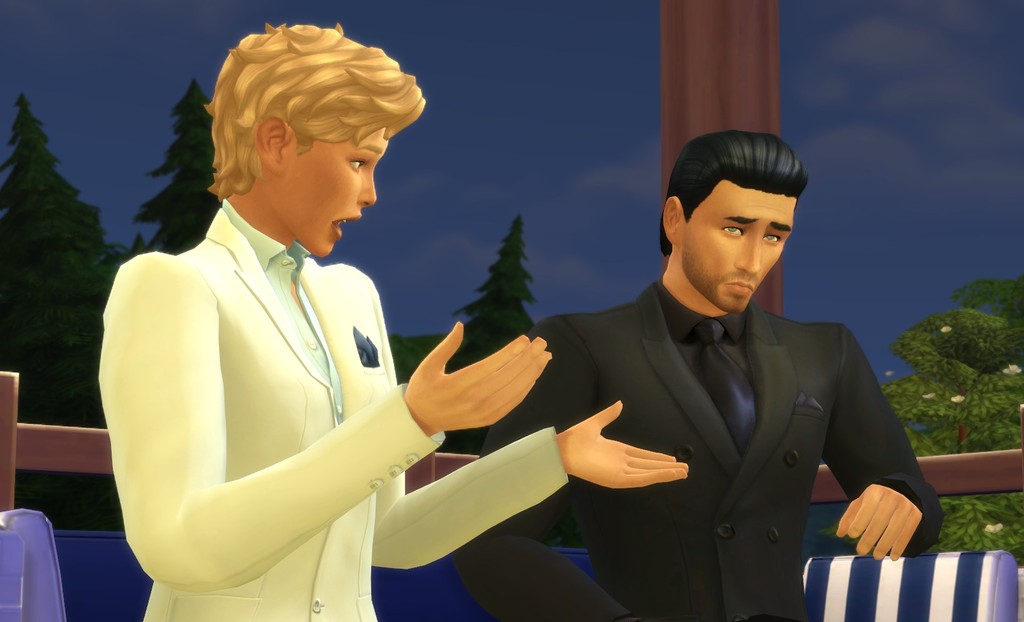 I felt like such a dick. Why did I always stick my foot in my mouth when I was with Alex? Of course he didn’t want to be called pretty. What guy would? He was different. More different than any other man I’d met. And his mom hated him for it. What a fucking bitch that she couldn’t see what a great person he is.

I admired his strength and how he’d raised his sister and now he astonished me by telling me he’d been doing this since he was thirteen. I guessed that’s what I liked so much about him. He was better than me in so many ways.

He waved his hands. “No, don’t worry about it. I’m just being dumb. I shouldn’t be this sensitive. I thought I was over her. I hate thinking about it.” 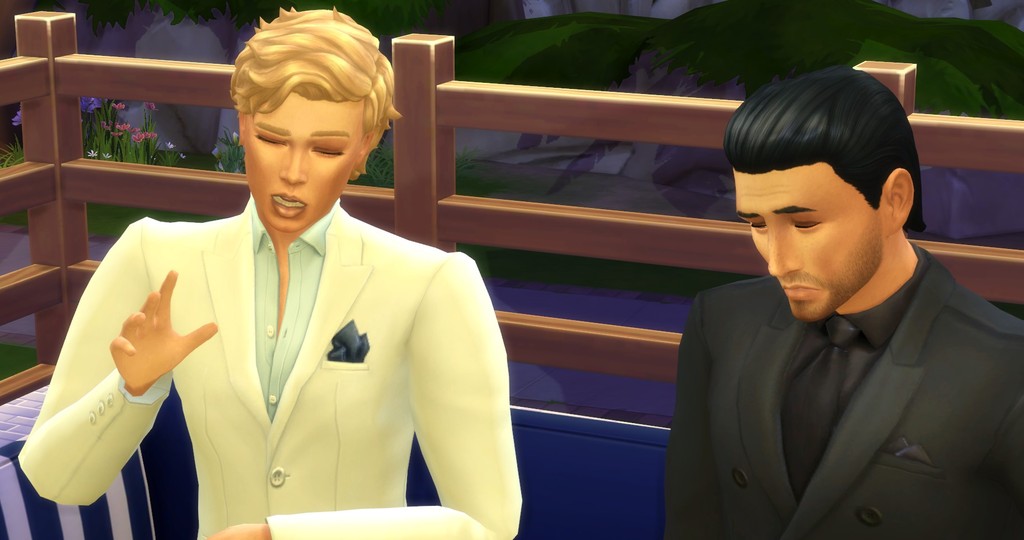 We needed a change of subject. Fast. Pulling him up, I said, “Let’s get out of here. Want to get a drink? I know of a cool bar that has a live band.”
​ 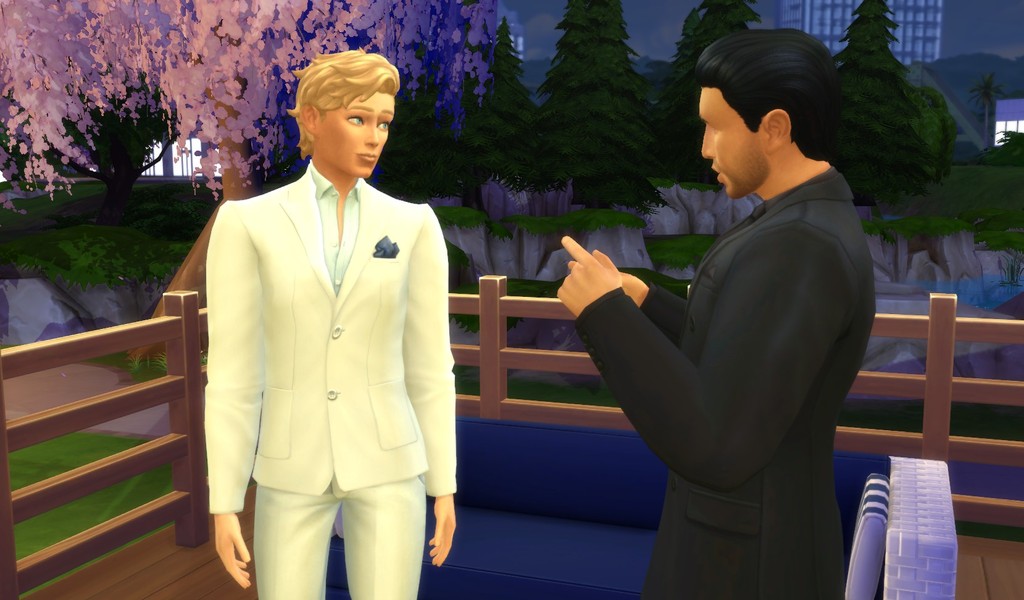 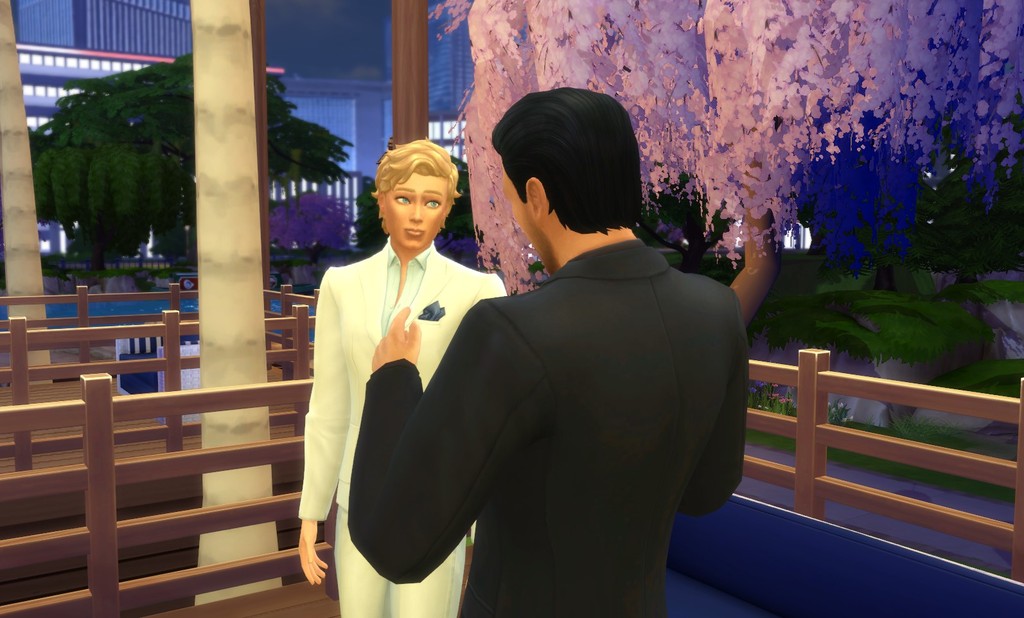 “Like you?” As soon as I said those words, he smiled shyly making my whole body shake. I couldn’t believe this was happening to me. Not in a million years. 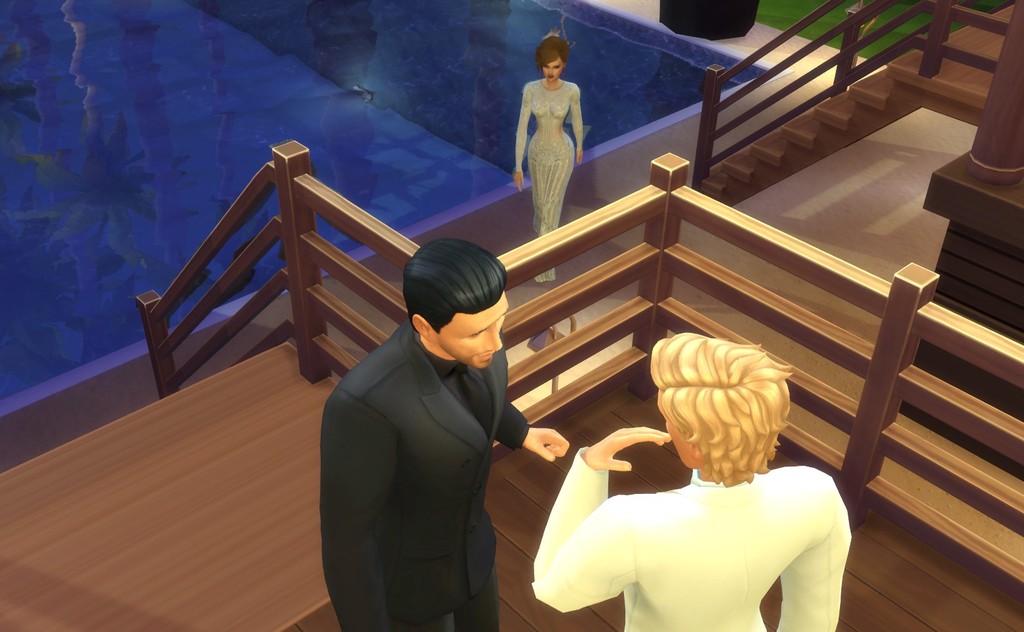 I stared into his eyes, transfixed. A part of me wanted to run away but another part wanted to wrap my arms around him. It was a war of wills I couldn’t control. I was so confused.

How could I let myself get to this place?
​ 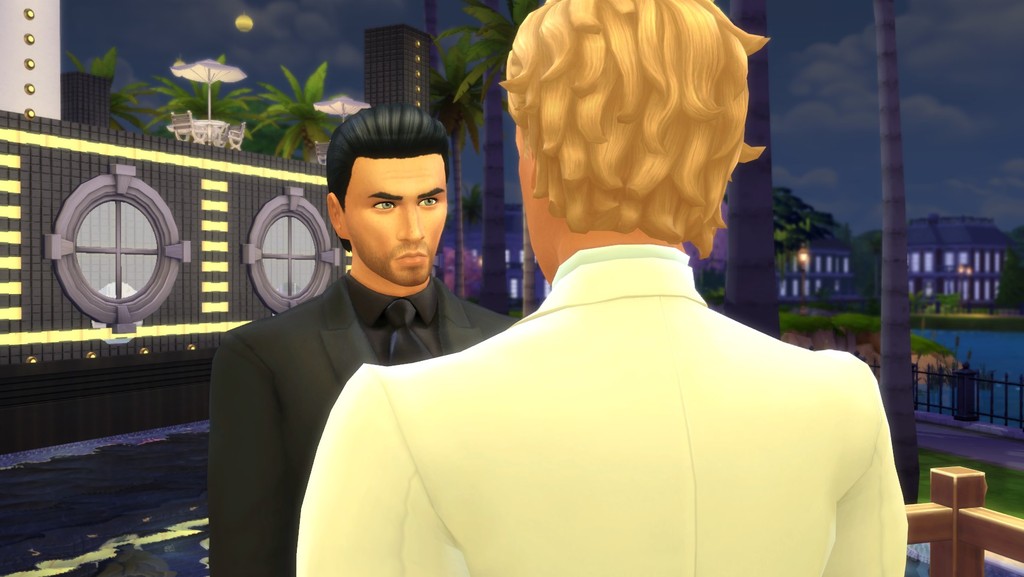 Slowly, one part of me moved ahead, inching closer to Alex’s face. I could smell his musky cologne, pulling me toward him.
​ 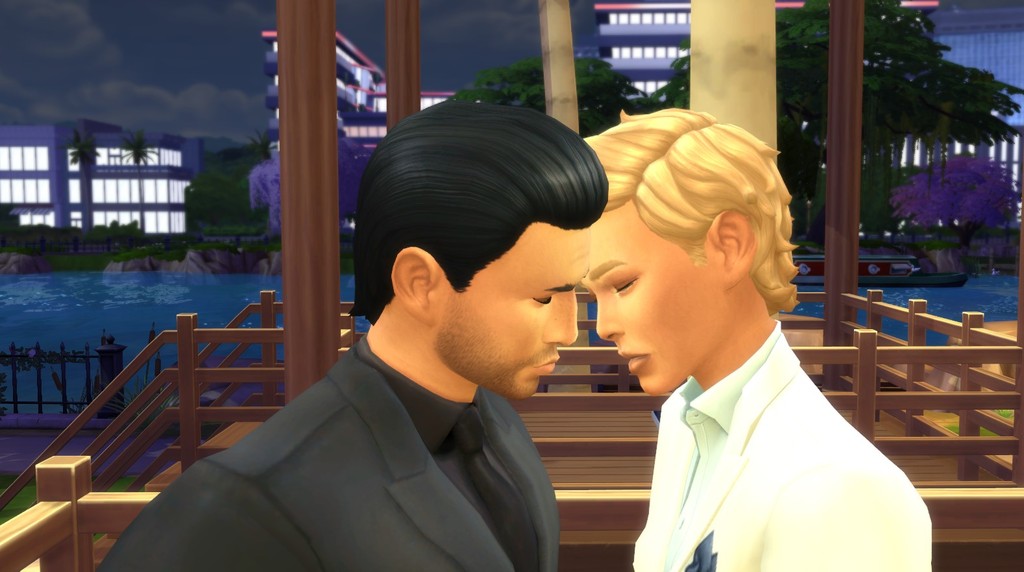