I woke up early and went straight to my Voidcritter Battle Station. No way was Mason going to beat me today. It was bad enough I only got to see my cousin once in a while, but every time, he was always good at EVERYTHING! Which was dumb since I was two years older than him. Heck, the kid was only in first grade! How could all of his Voidcritters be masters already? 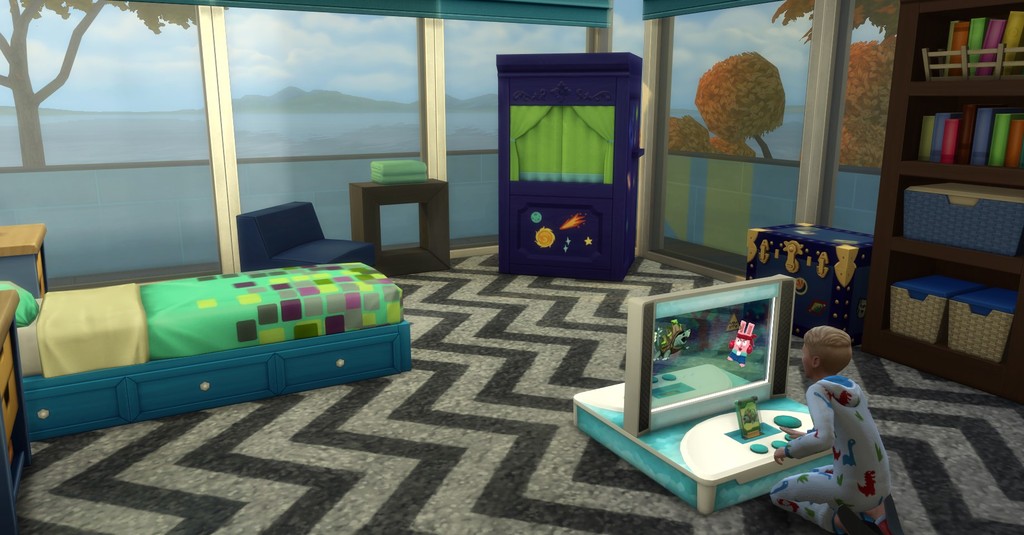 “Take THAT, Freezer Bunny!” I yelled. My Mytheme was sure to win against anything Mason could blast at me.
​ 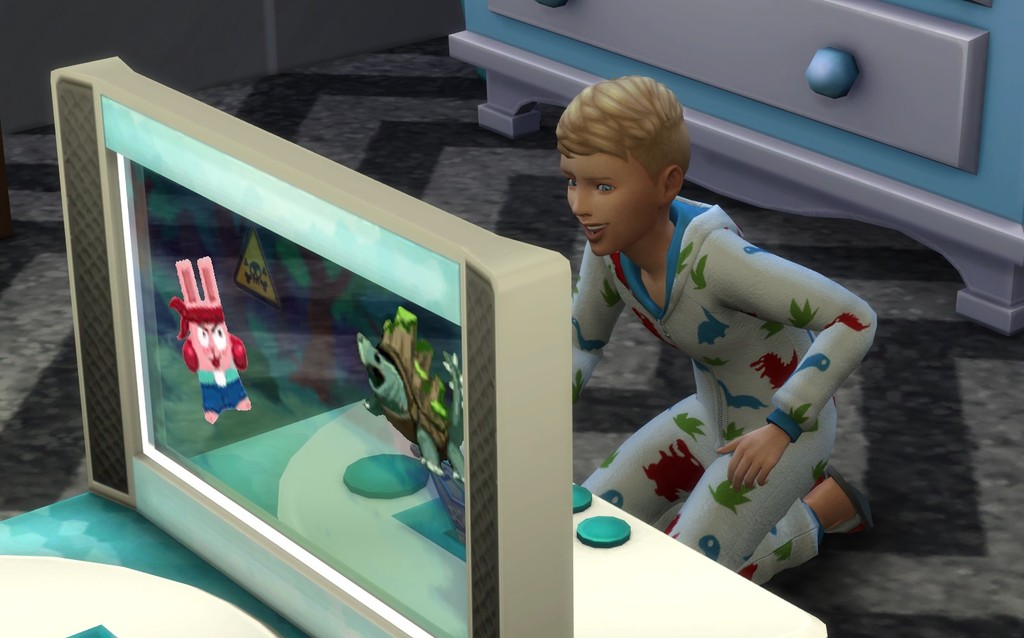 “Jackson!” I heard Daddy call from downstairs. “Are you playing video games again?”

Uh oh. I was all out of video game time this week. Pops got the d*umb idea to limit my playing time and so my fathers were always checking on me. But today was different. It was Thankful Day. I mean, I HAD to play with Mason. And I HAD to win.
​ 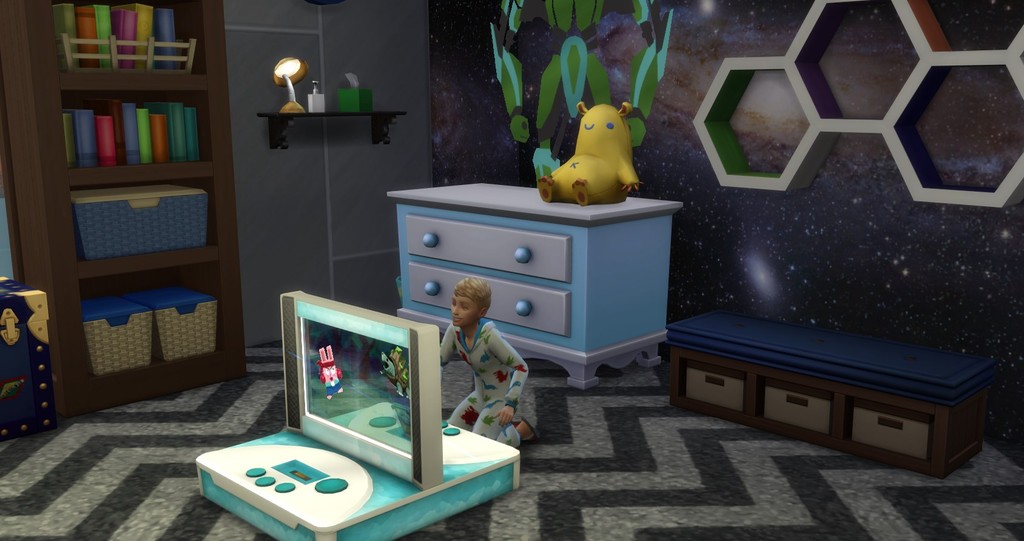 Quickly finishing the battle, I turned the Battle Station off and got dressed. Maybe Daddy would think I got up early to help him. He said he was going to make something to bring to Aunt Bri’s house today. I almost laughed because Daddy was the WORST cook in the world. Well, not worse than Pops but he never even tries.

When I got to the kitchen, a sick smell came from a bowl of green mush. I didn’t want to hurt Daddy’s feelings so I acted all interested, hopping on a stool by the counter. “Where’s our cook?” I asked, trying hard not to wrinkle my nose. The junk in the bowl smelled awful. Like someone dumped a whole bunch of vinegar in it.

“She’s off for Thankful Day. Here. Try it.” Daddy held up a huge spoonful of that glop.
​ 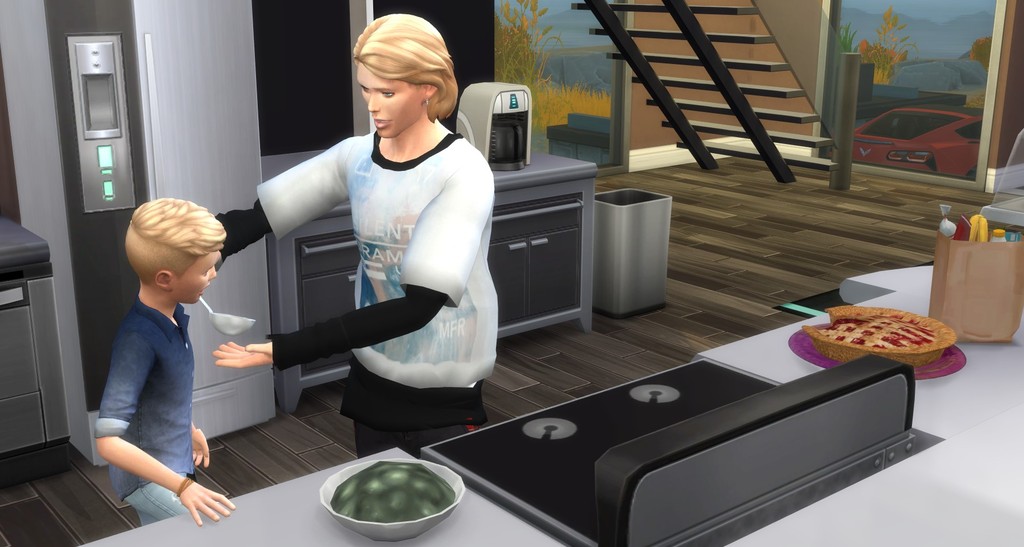 I lurched my head back. “Yuck.”

Just then Pops wrapped his arms around Daddy. “Don’t make him eat that, baby. I want him alive for the rest of my life at least.”

I giggled. Whew! Saved by Pops!

“Oh...okay.” Then Daddy started laughing. “It doesn’t look appetizing, but it tastes good.”

Kissing him, Pops said, “Baby, you’re an amazing athlete and the best writer I know, but you’re terrible at cooking. Why do you do it?”

“Because I feel bad. Bri always cooks everything on Thankful Day. I thought I could contribute.”
​ 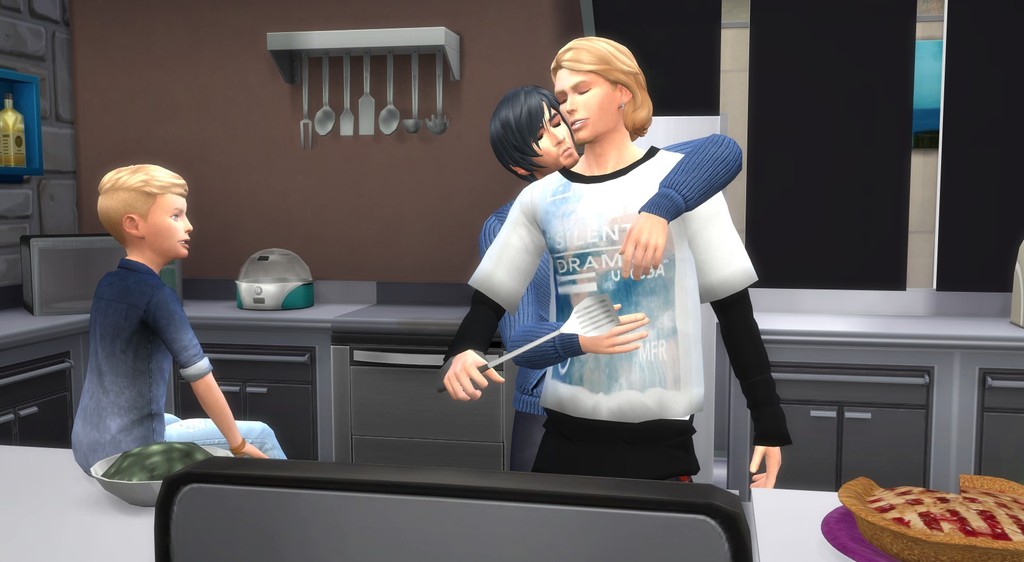 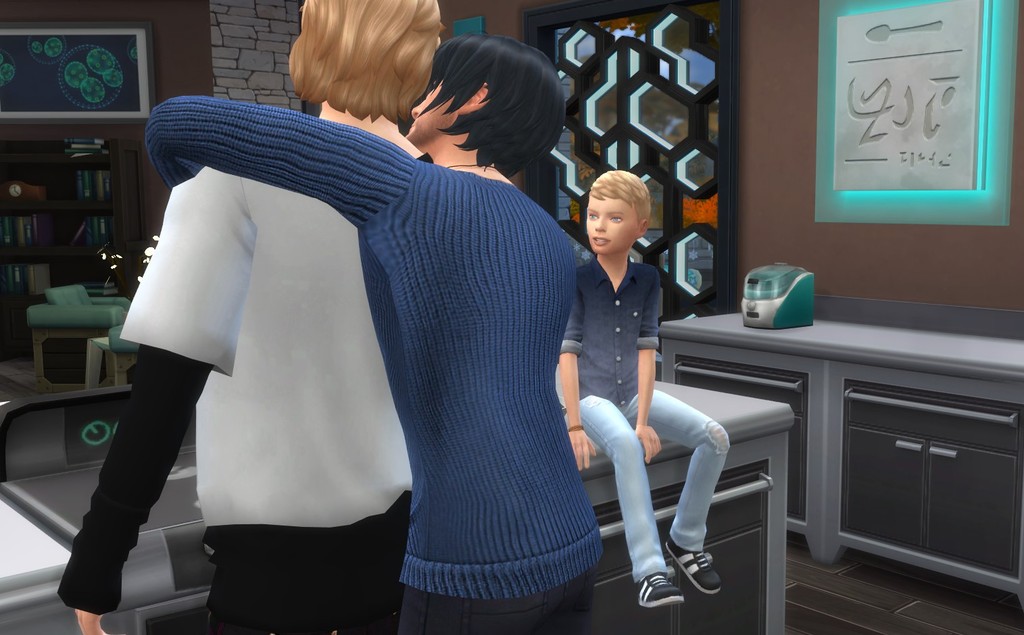 At this, Daddy waved his spatula at me. “Jackson, don’t ever say boys can’t do this or that or that girls are supposed to do something. We don’t limit anyone. Of course boys can cook. Why would you say that?”

I shrugged. “All my friends’ moms cook. And I don’t have a mom, so we got a cook who comes to our house. And she’s a girl.”

Daddy and Pops looked at each other then Daddy came over to me with his “you’re-in-trouble-now” face. “That’s called a coincidence. There are plenty of men who cook. In fact, some of the best chefs are men. Both men and women are equal and if they set their mind to it, they can do anything. Don’t ever forget that.”

Suddenly, both of my fathers started laughing. I didn’t think it was very funny.

After what seemed like FOREVER, we finally got to Aunt Bri’s house. She lived all the way on the other side of the city in a nice house that I thought had too many colors, but my fathers got mad at me for saying that.

Walking up to the house, I asked, “Are Lilly and Lana going to be here this time?”

“I think so, why?” Daddy answered. 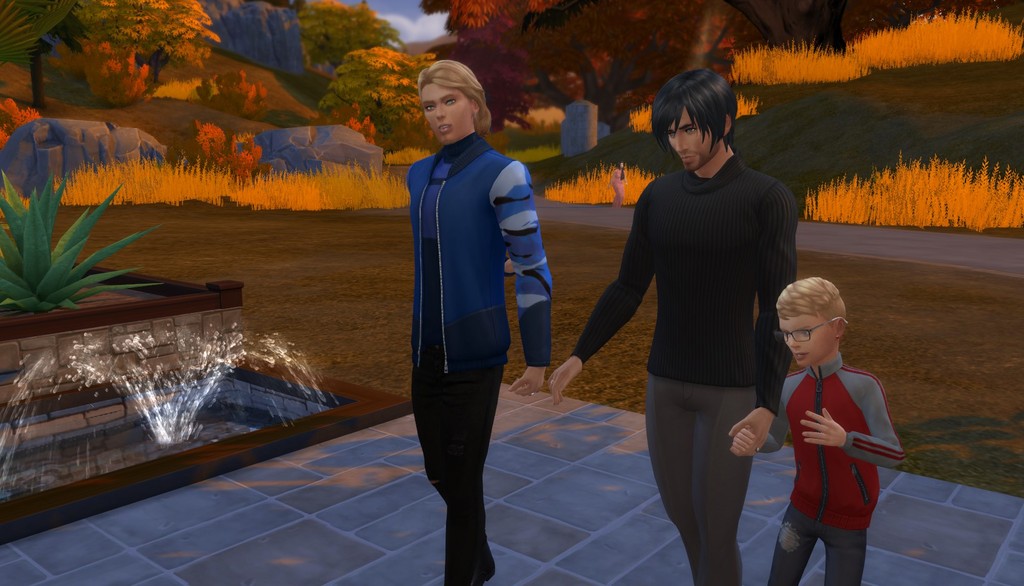 “Well, just ignore them if they say anything you don’t like.”

Pops squeezed my hand. “Hang around Mason. He likes you.”

I didn’t tell him that I was worried Mason was gonna kick my butt in Voidcritters. I only sighed.
​ 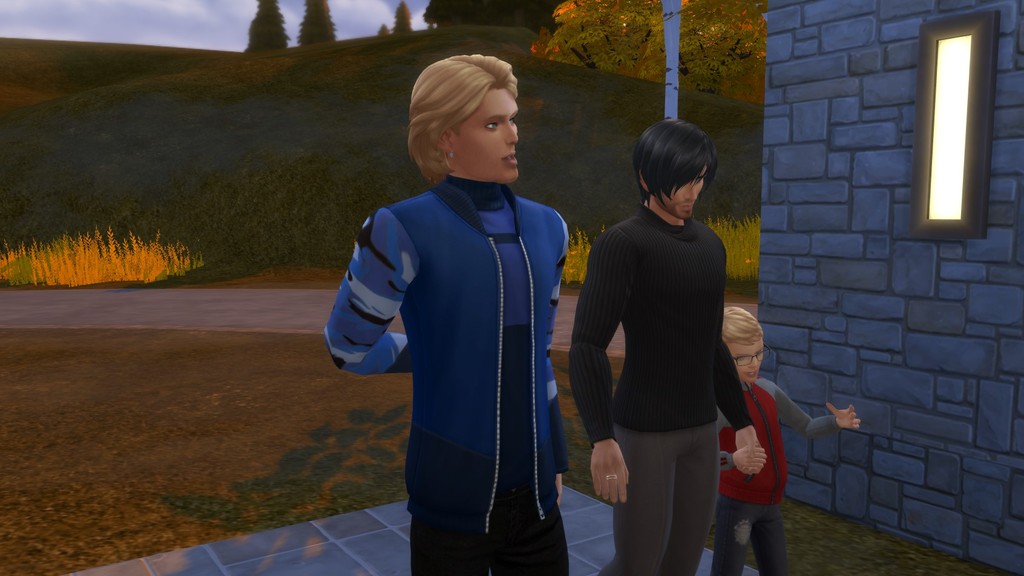 After us kids ate, the adults sat down and talked about a lot of boring stuff like having babies and junk like that. Auntie Bri was gonna have another baby, so Mason was going to be a big brother. I thought that was cool. My fathers said they couldn’t have another baby since I was special but sometimes I would dream that I got a little brother. It would be so fun to show him how to train his voidcritters and have someone to play with. I didn’t live by any kids so all I had were my fathers and they didn’t like the stuff I did.
​ 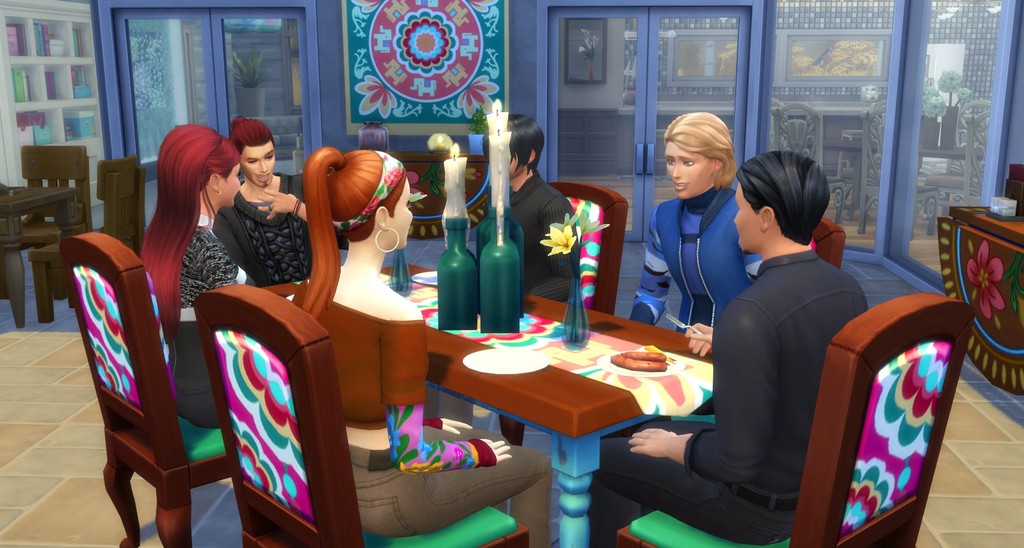 I was itching to get out my Mytheme and let Mason have it, but the grown ups insisted on all of the family watching a movie together. Unfortunately, it was pretty scary and Pops even covered my eyes through almost the whole thing. LAME!
​ 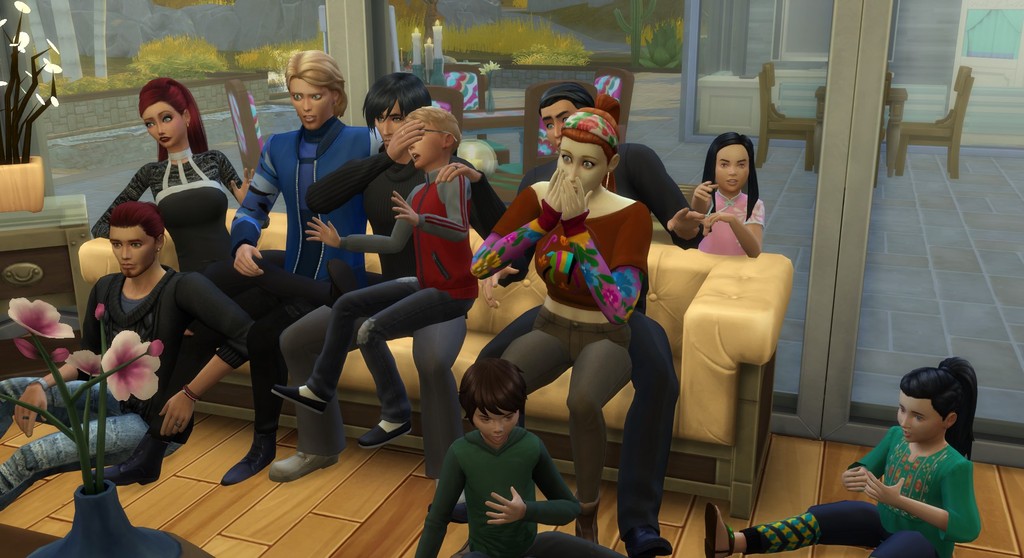 FINALLY, after we ate pie, Mason and I snuck off to have our BOSS BATTLE! My Bulbalus was laying into his Nimbus when snooty Lana marched into the room.

“You’re still into THAT? Voidcritters are for babies.” 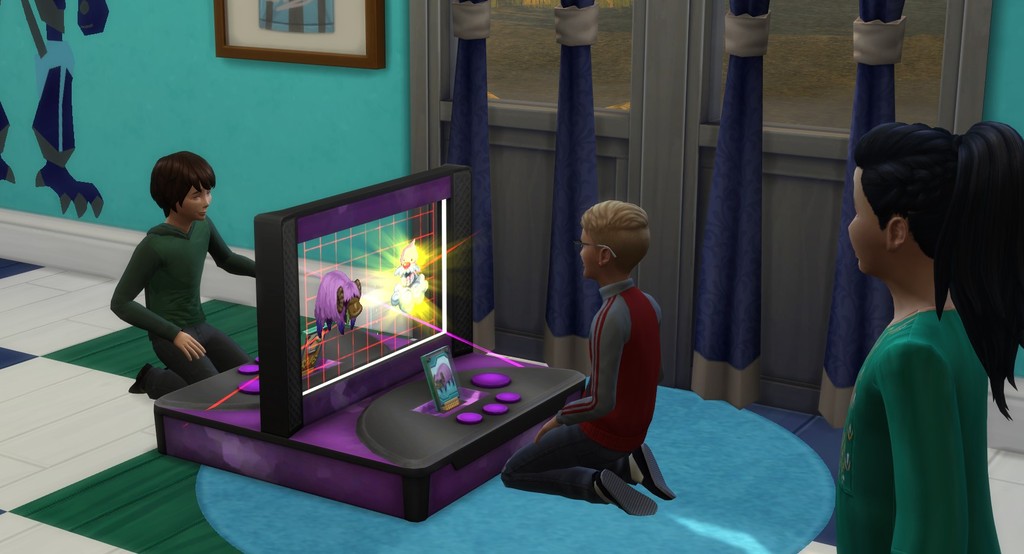 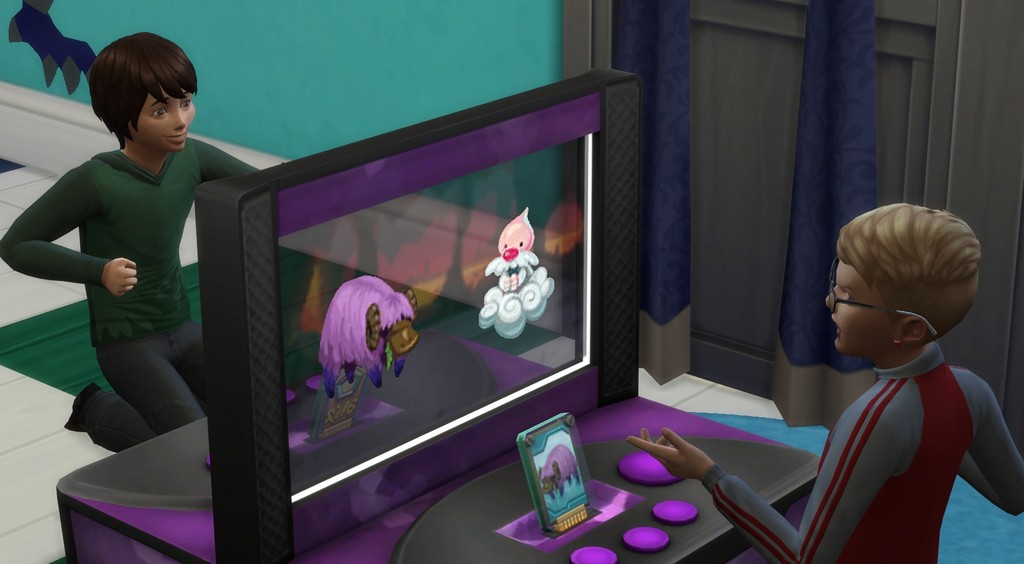 Because I was yelling at my dumb aunt, Mason was able to blow me away with his huge wind attack.

I shook my head. Why did I have to have aunts that were still kids? It was annoying. They weren’t Mason’s aunts so they left him alone. 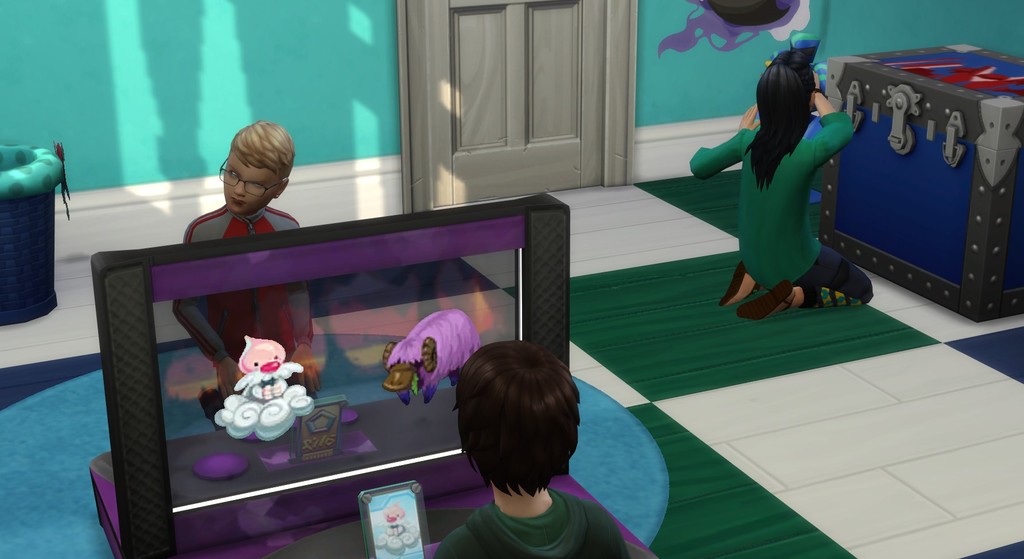 Him being so nice made me even madder but I had to try. Shaking my head, I said, “I would have creamed you if it wasn’t for Lana. Prepare to die.”
​ 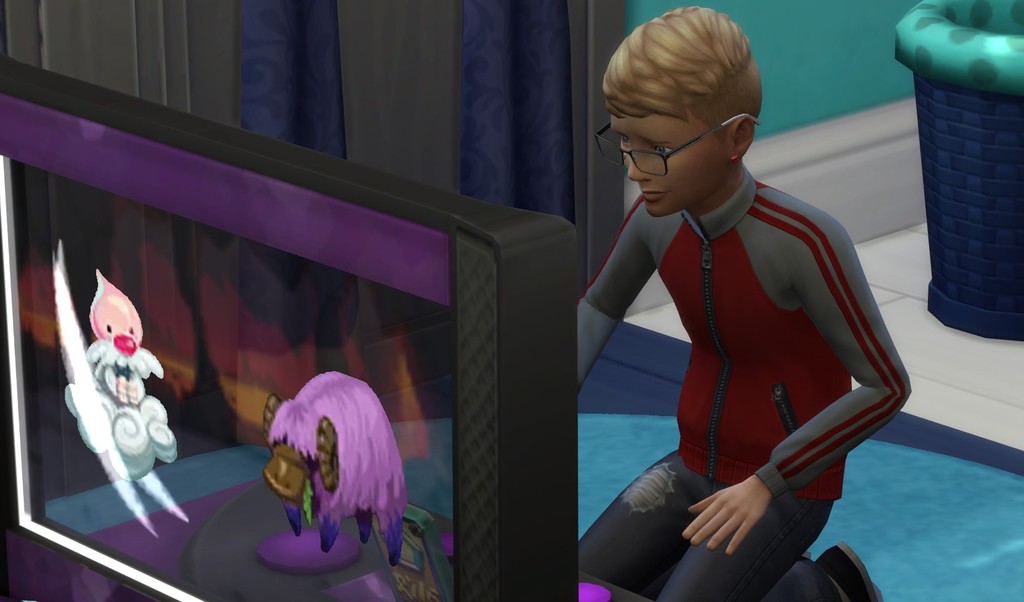 “So, you really think this couple would be open to giving their child up to two men?” I asked, not believing I was even considering adopting a child. Knight and I had given up the idea of having another child—definitely didn’t want to go the surrogate route again since it was stressful to a woman to have a child that she couldn’t keep, and I wouldn’t consider using Bri again even though she offered. We’d contacted several adoption agencies years ago but abandoned the idea because many people were not open to our unique lifestyle.
​ 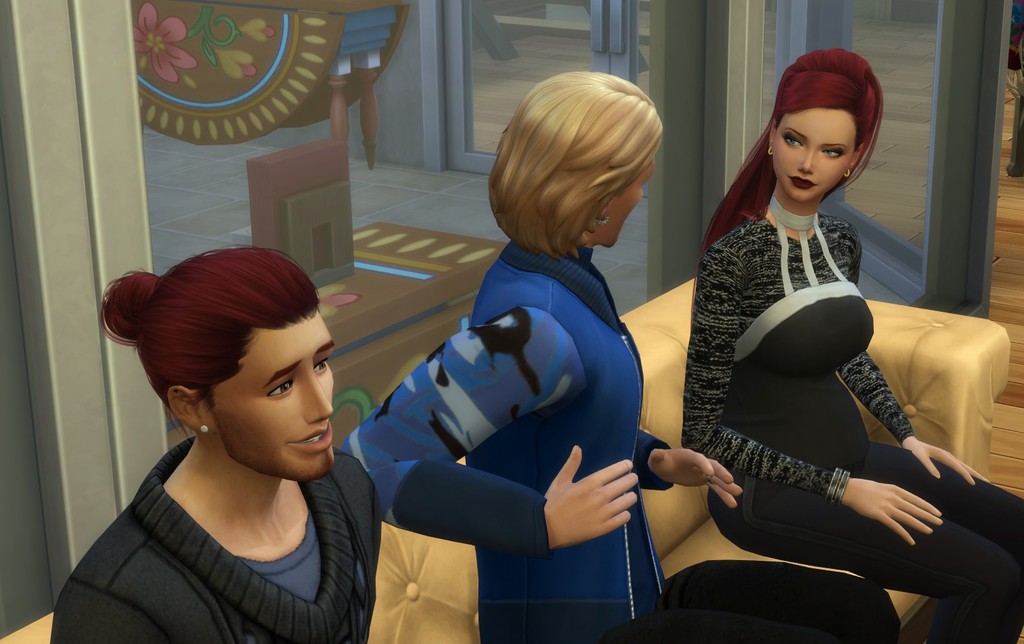 “Yes, Ben knows them through one of his colleagues. The husband doesn’t want any children and the wife can’t even dream about terminating the pregnancy. When he talked about you two, they seemed very interested. Of course, you’ll have to go through the adoption agency they choose, but it all sounds like they’d love to consider you, at least. I’ll have the agent contact you guys, if you wish.”
​ 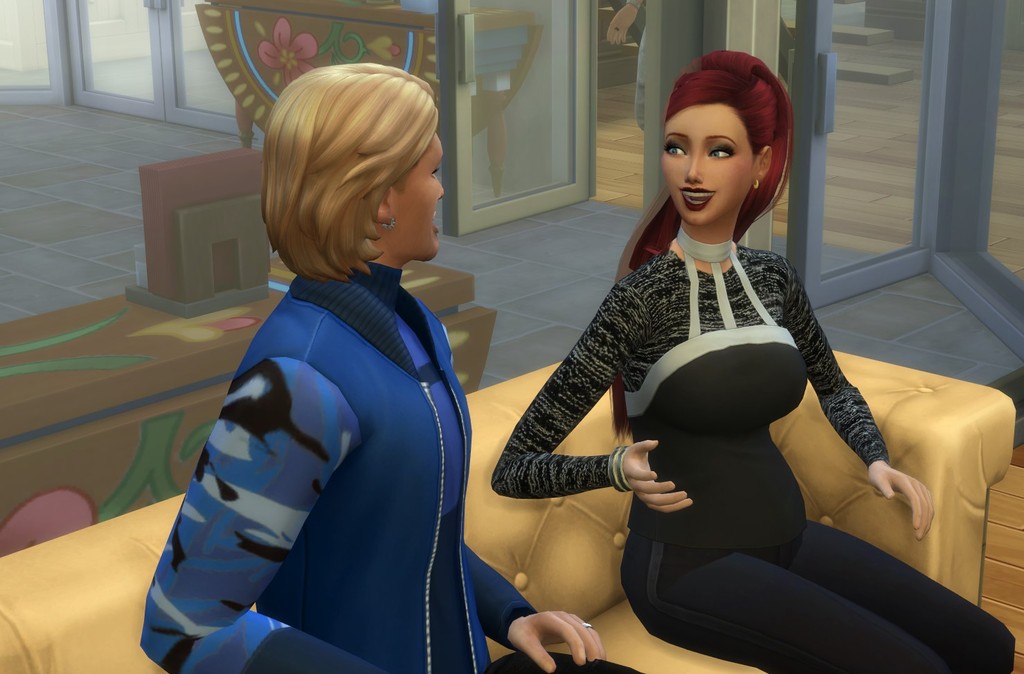 “Of course! This is something we didn’t think would ever happen. Thanks, sis!”

“Anything for my big brother.”

I gave her a hug, so happy that our dream of adopting a child might come true.

It was late by the time we decided to leave. I found Jackson passed out on the floor next to the Voidcritter Battle Station. Shaking my head, I scooped him up and said good-bye to everyone. Both Knight and I were thrilled at the idea of what Bri had shared earlier.

“Just think, baby, by next year, we might have two of these monsters to deal with.” 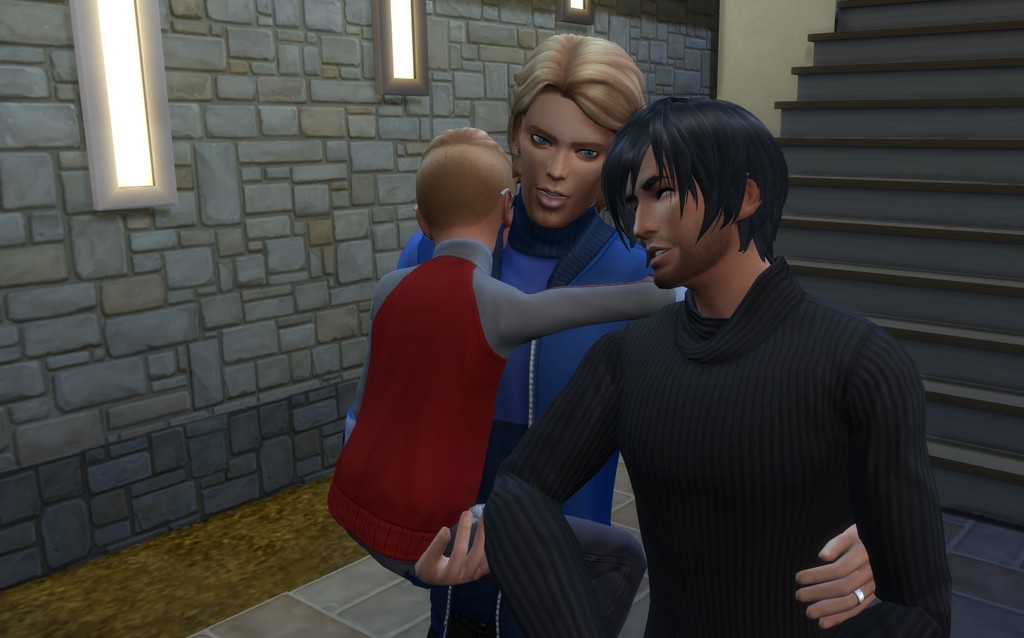