Jackson
​
As the evening breezes rustled through the trees, I gingerly sat next to my sister and said, quietly, “Hey, Monkey.”

She sniffed. “Did they send you out here to get me?” 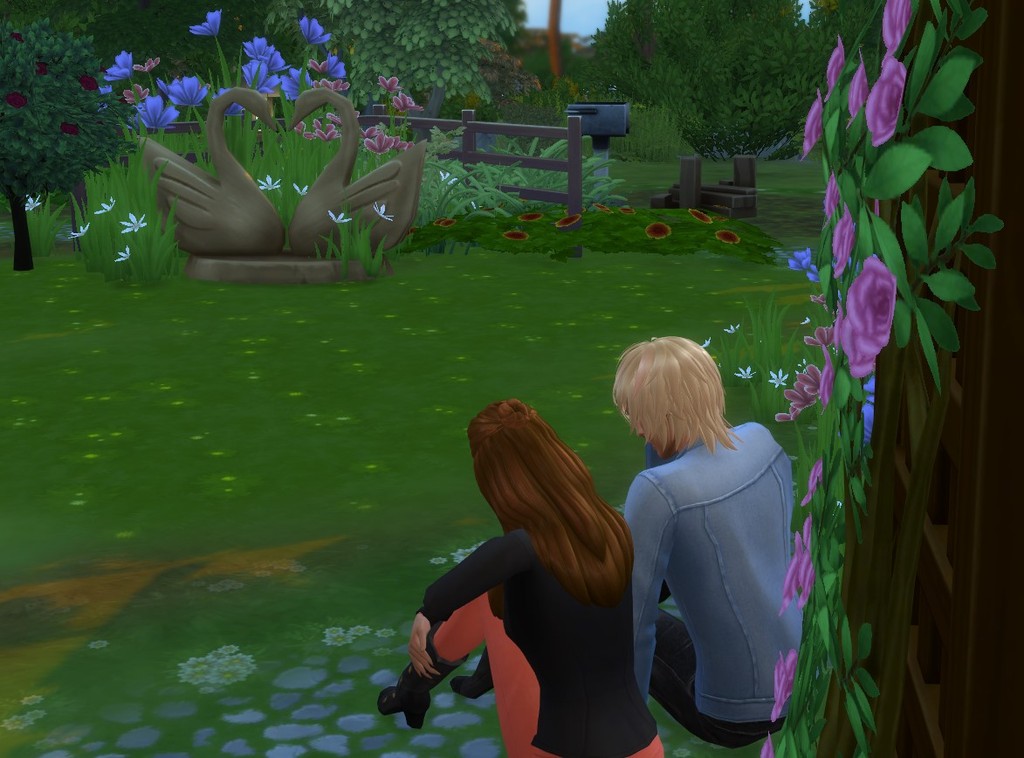 “They’re worried out of their minds about you. They...” 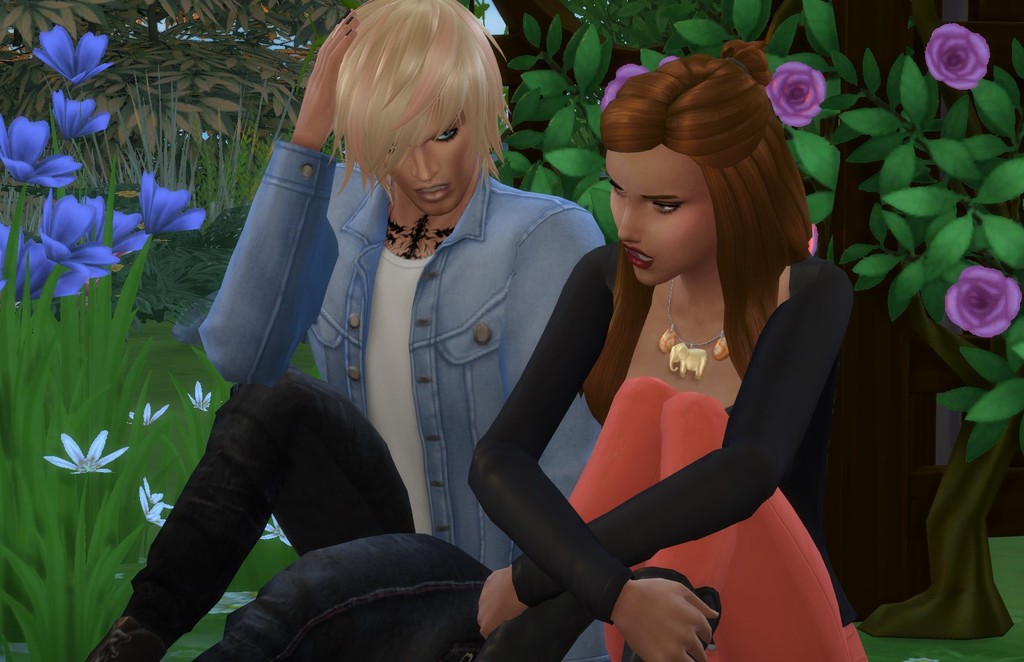 This statement didn’t worry me. Mako was right. My sister was a bit of a drama queen, overstating things and saying stuff she didn’t mean when she was mad. “What happened?”

She picked at her boot. “All I did was have Will over. Is that such a crime?”

This pr*icked my attention. “Were our fathers there?”

“No, but we weren’t doing anything but playing video games. God...they just don’t trust me. I mean, I’m not like that. I wouldn’t go and...you know...”

“Dakota...I wasn’t allowed to have girls over until I was eighteen. This isn’t new. How can you say they don’t love you?”

“Did Pops yell at you and take your cell phone away for two weeks? No!” 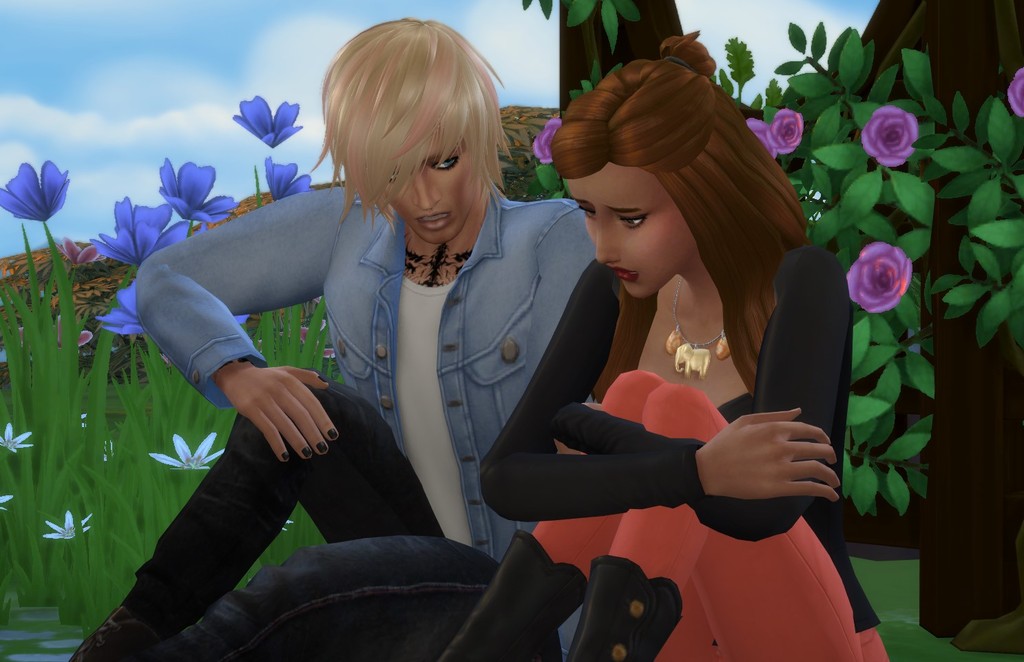 “Are you freaking kidding me? I got grounded so many times in my teen life, I can’t even tell you them all. Pops loves to take the cell phone. You just don’t remember because you were so little. I was mad, too, but I’d never run away. What’s wrong? Is there something else?”

Gazing up at the rising moon, she pondered a bit then said, “I’ve always wondered about my mom and dad, you know? My real ones. And it’s like I think my life would have been better with them. Sometimes I wish I had a mom so bad it hurts. I love Dad and Pops, but they don’t understand girls and there are things I can’t talk to them about. And when I get in trouble or something goes wrong, I just want out. It was different for you because they’re your real parents. There’s no one else, but for me...”

“You can always talk to Aunt Bri. That’s who I went to when I needed a mother’s advice.” 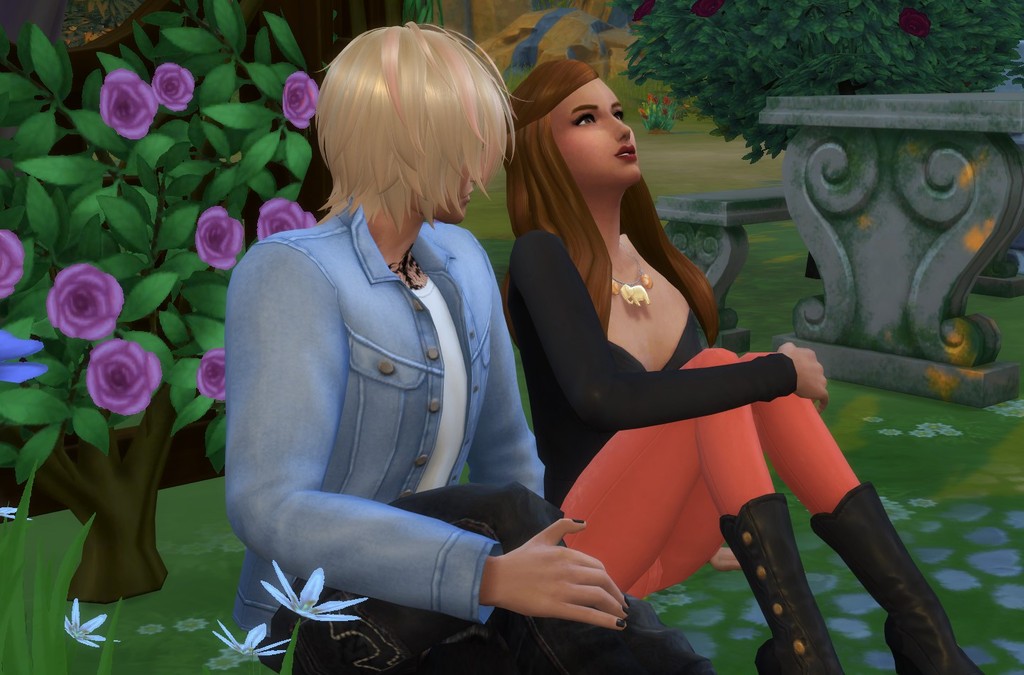 She shook her head. “Ever since they moved to San Myshuno, we hardly see them any more. I’m not close with her like you are. I’m all alone.”

I shrugged, saying, “You have me.”

Placing her head on my shoulder, she sighed. “I do, but you’re never around. You know that. I wish you were here living with us. I wouldn’t have gone anywhere then. Sucks to be an only child.”

“Do you want to meet your real parents then? I’m sure Dad and Pops could look into that for you.” 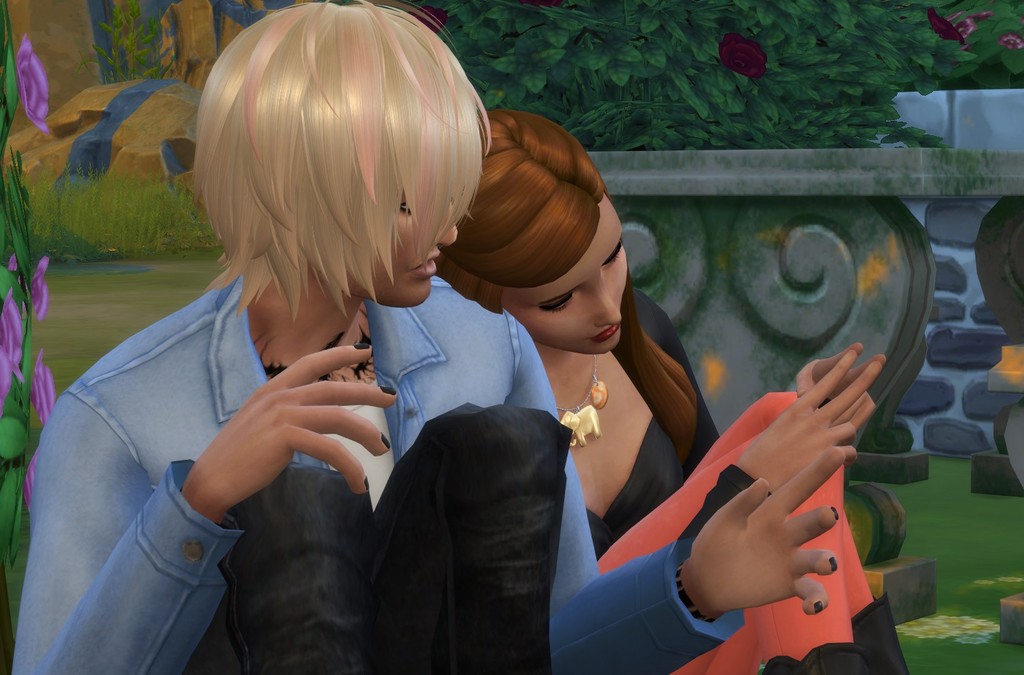 Snuggling into my shoulder, she said, “How come you make me feel better?”

Smiling, I said, “That’s what big brothers do. It’s our duty. Want to head back? Pops and Dad are really worried. I think you’ve punished them enough.”

She chuckled. “As long as you promise to stay tonight.”

“I was planning on it. And I’ll take you on in Don’t Wake the Llama. You deserve a good beating for what you’ve pulled today.”

Hitting me, she said, “Are you serious? You literally s*uck at that game, so yeah. Bring it.”

When we opened the door, Dakota ran into Pops’ arms and cried, saying she was sorry. 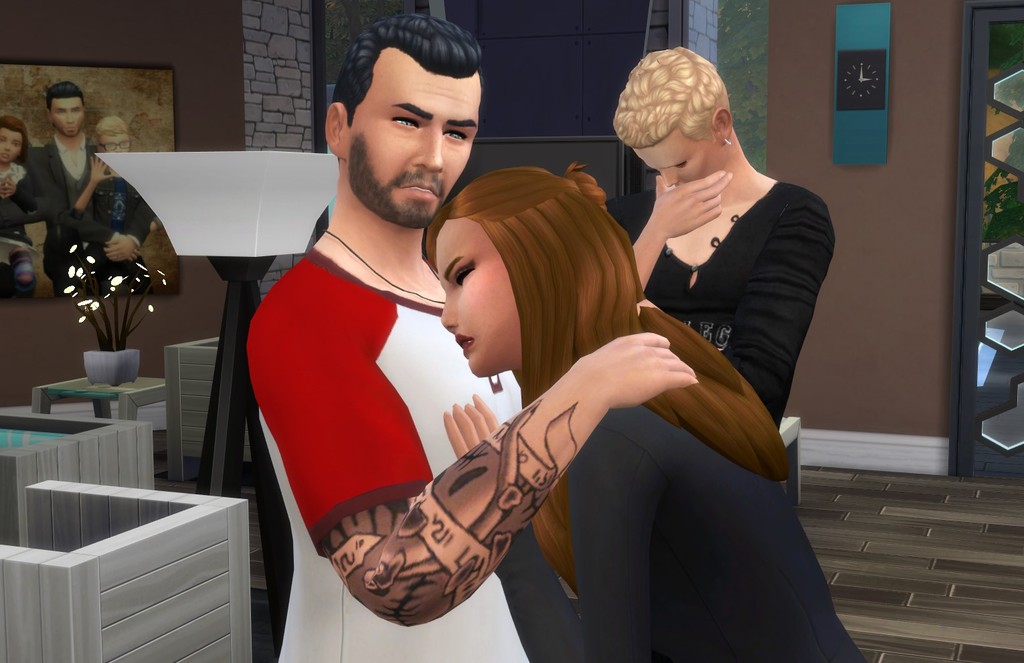 And then she hugged Dad, telling him she didn’t mean to worry him and she’s never going to run away again. 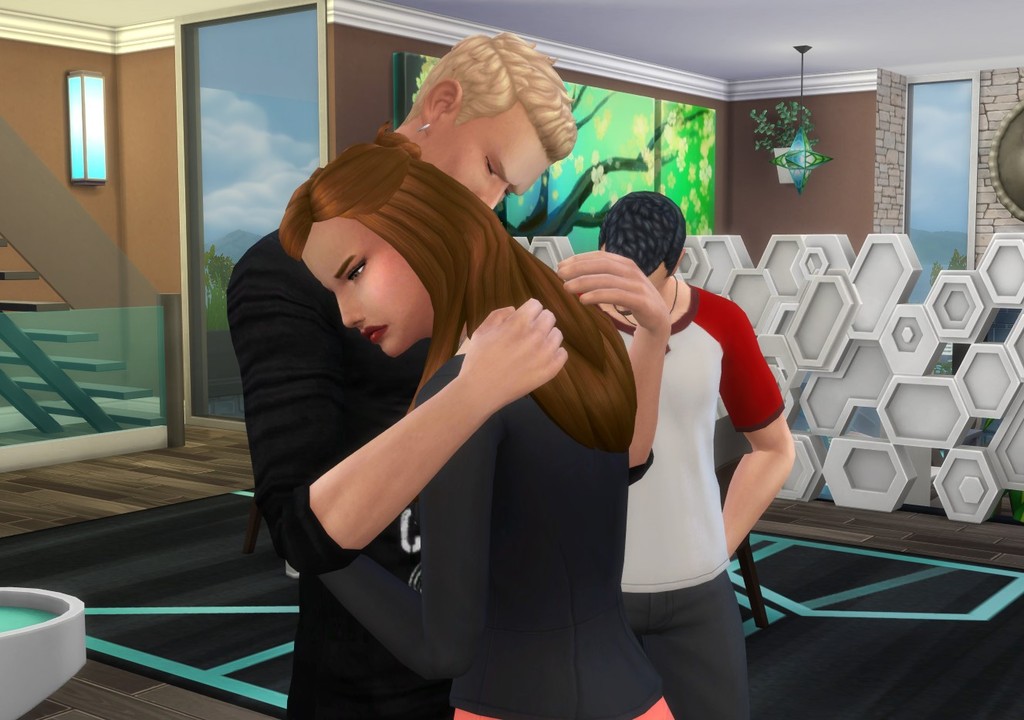 I was thankful I was home and not on tour. Sometimes I wished I could have a normal job so I could be near my family. I missed them so much. The road felt empty. Coming home was like bundling up in a fur blanket on a cold night. So comfortable. I wondered if I’d ever have a family of my own that would make me feel the same way. I couldn’t see that future with Mako and it worried me.

Was I going to end up alone all my life? 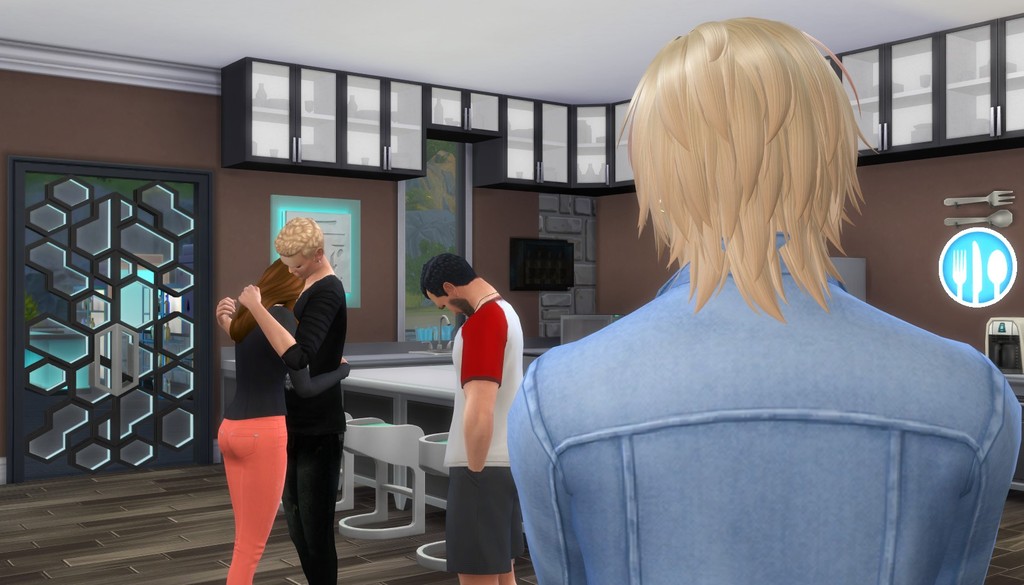 For the rest of the night, we all played Don’t Wake the Llama. Of course, Dakota did great. 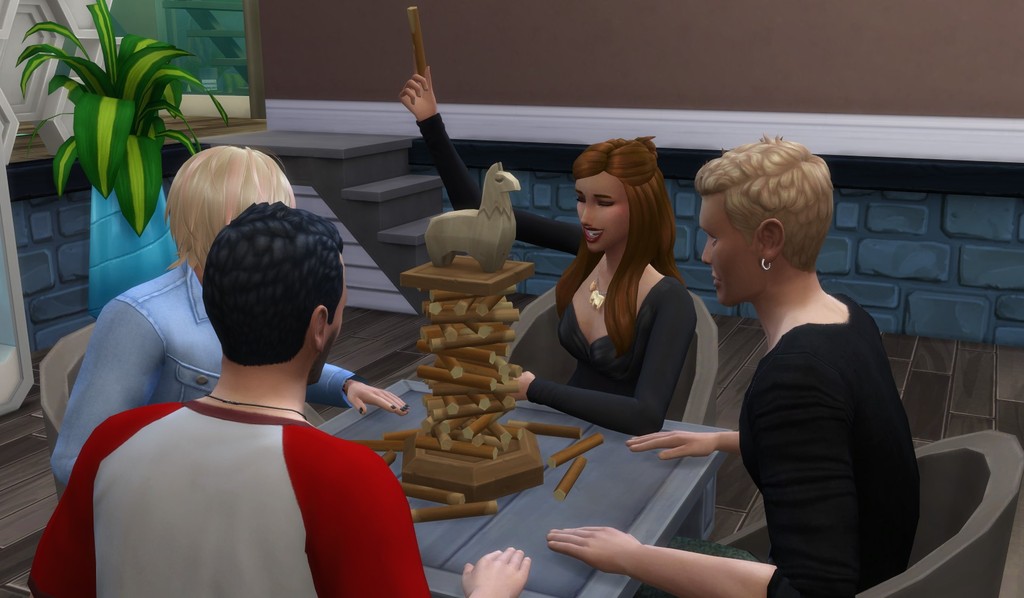 My hands always shook when I played the damned thing. I only suggested it because I knew it was my sister’s favorite. And of course, I lost. The way the llama wailed when you tumbled the logs made me shudder. 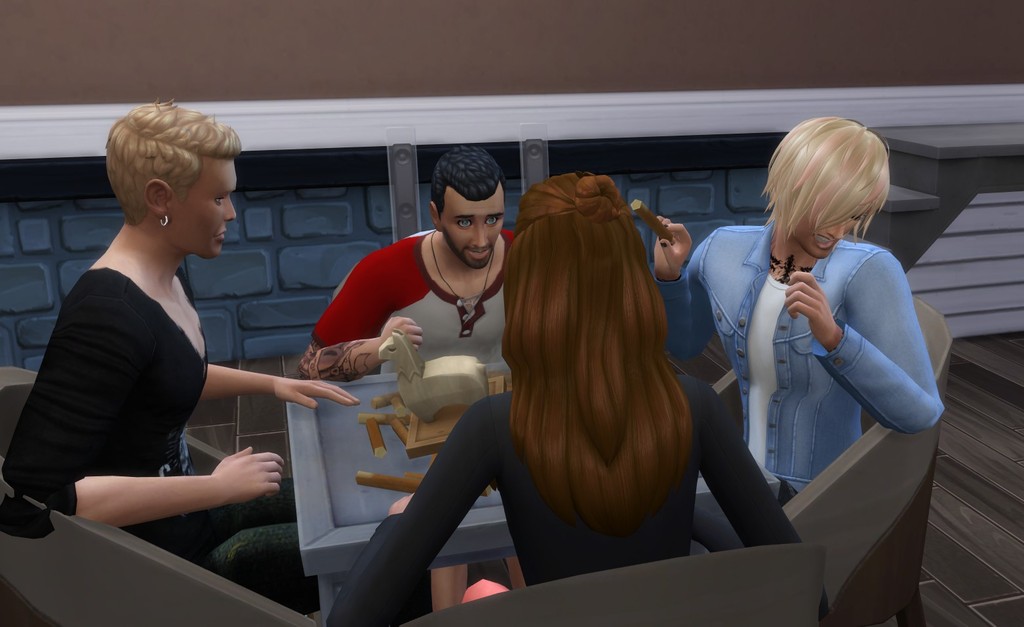 The following morning, I woke up early. I had a million things to do to get ready for the concert that night.

When I entered the penthouse, the air hit me in the face like a punch. It smelled like pot, pizza, and puke. “My God,” I said, not believing the scene in front of me. “Must have had one hellacious party.” 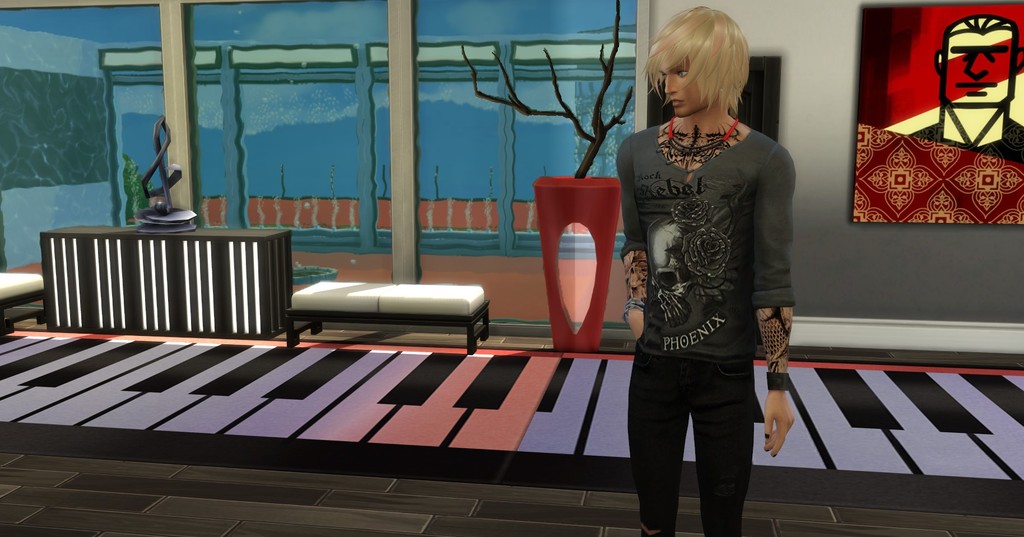 There was old food, empty cartons, crushed beer cans, half drunk champagne bottles literally strewn on every space on the kitchen counter. 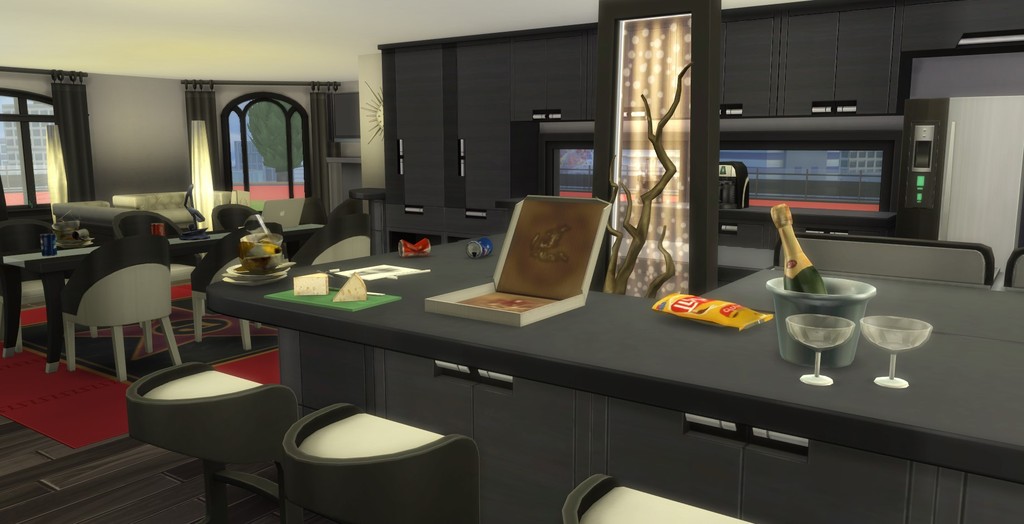 “When the Llama king is away...” I grumbled. Well, I needed to get changed and going. I just hoped my band wasn’t too hung over. 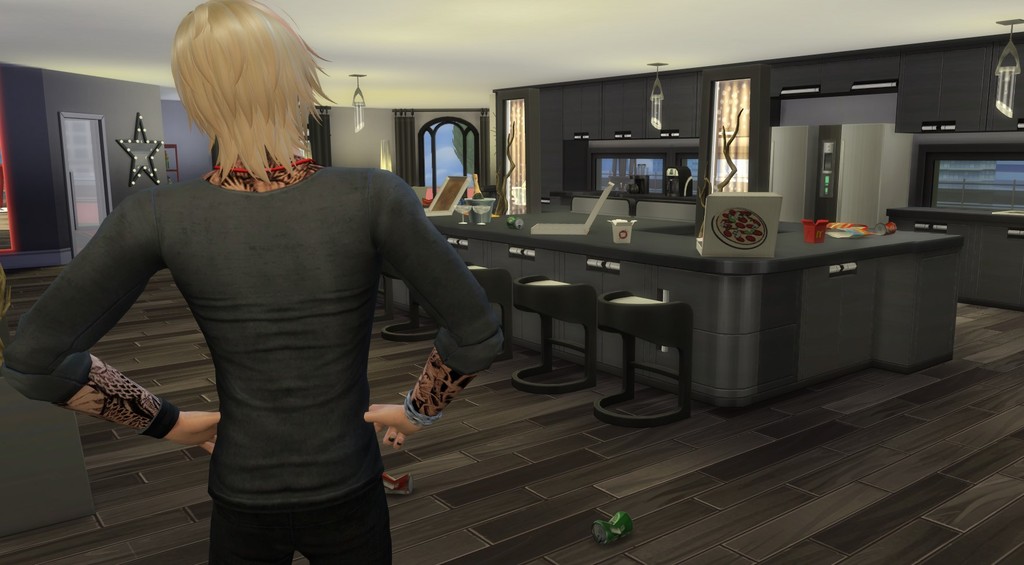 Irritation swallowed me as my foot crunched over a beer can on the floor. They were acting like kids. I mean, this concert was important. Didn’t they care?

The place was so silent, like a tomb, which didn’t bode well. They were definitely passed out in their beds. I decided to take a shower and calm down.

Entering my room, my mouth dropped in shock. My band mates were all asleep together on my bed! 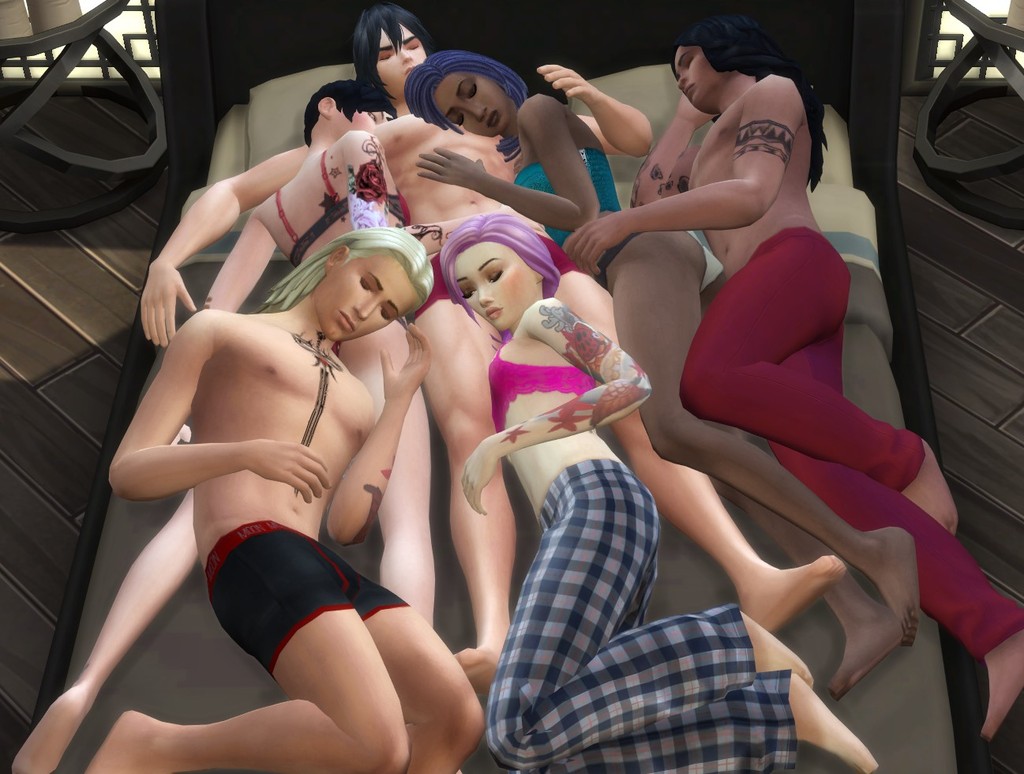 And Mako was in the arms of...Noah. 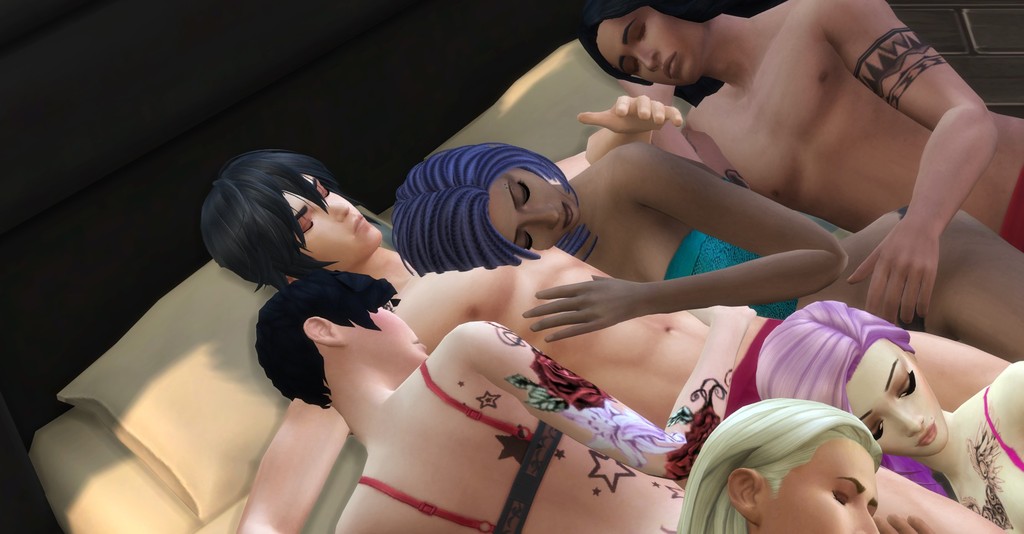 They were all paired up. Lane was with his wife, Petra, although Noah was holding her. Clarke and his girlfriend, Lacey were at the end of the bed. That left Mako with Noah. There was no other way to spin it. And she was in her negligee. We talked about this! 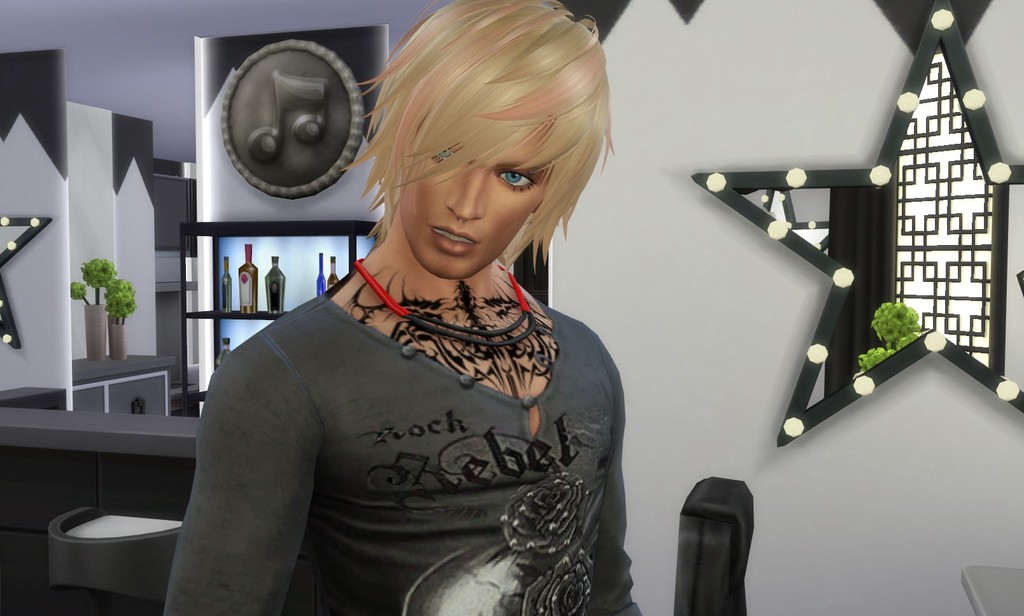 It was all I could do not to pull Noah out of the tangle of arms and legs and punch his lights out.

Reeling from the scene, I stumbled over to the window, thinking about my options. I was mad and yet it wasn’t the sucker punching pain I’d felt when Winter broke up with me. In the back of my mind, I figured something like this would happen. I just didn’t trust Mako. And if I was going to be perfectly honest, I was just going through the motions of our relationship for the past few months. Our heated passion just wasn’t there anymore. Maybe she felt it, too? 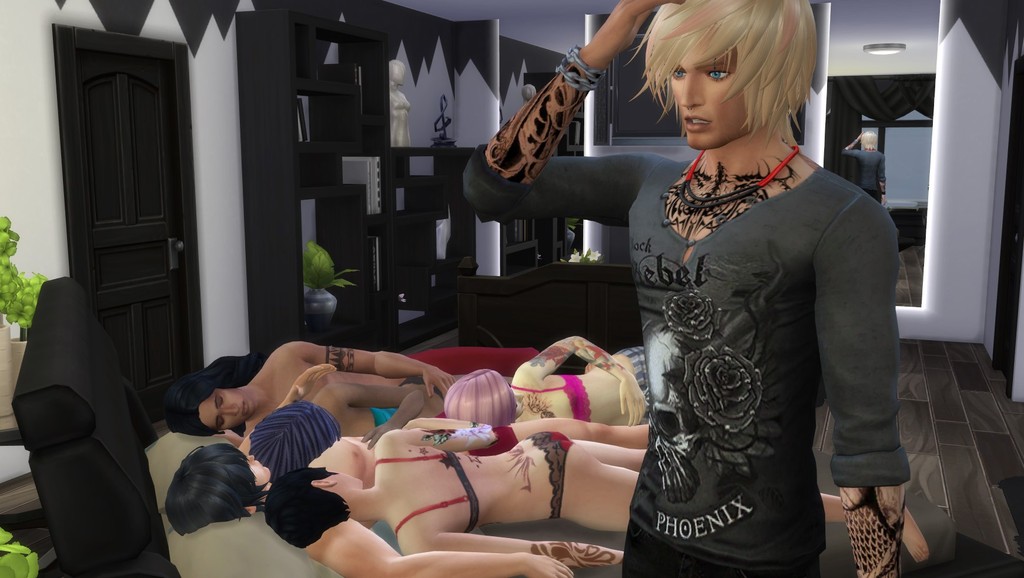 I decided we’d talk about it after the concert. No reason to put the band in a bad mood for tonight.

But it was going to be tough on me to keep it together. 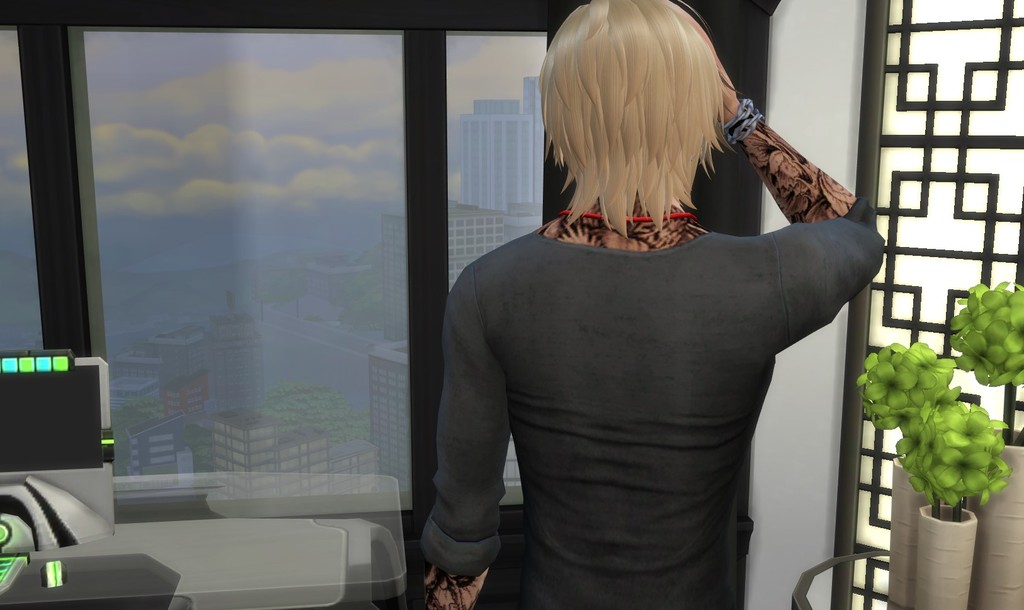