Thankfully, my little minion, Luci, came to her senses and let my poor hubby go.
​ 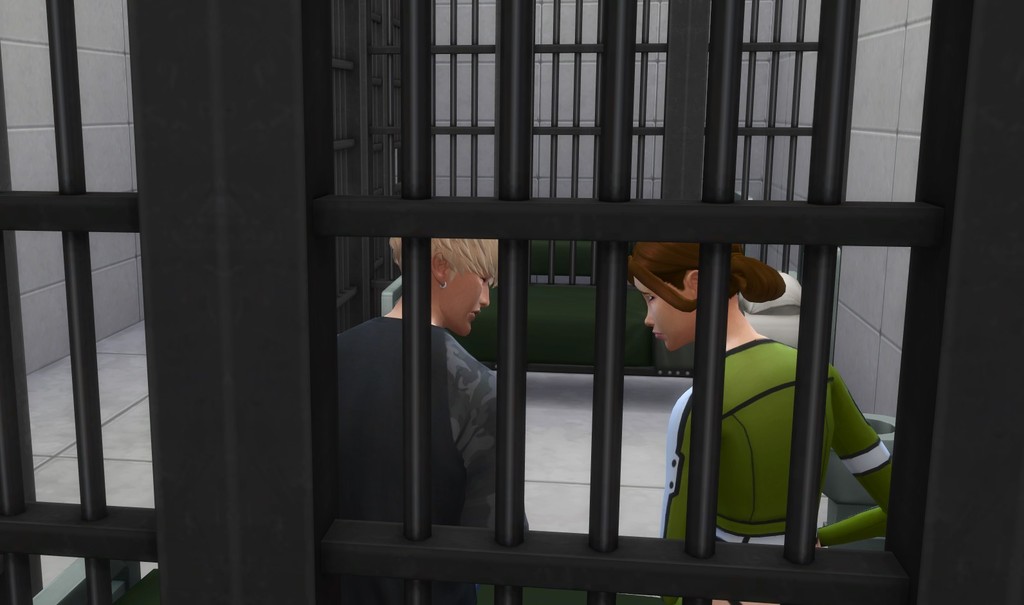 Once I found out Lana had flown the coup and was safely on some island or mountaintop or distant planet where she couldn't come and mess up our world, it was time for me to reel in my one and only. Problem was, Jackson was tired of being caught by nincompoops who broke his little heart.

I could wait, my prince. You were worth it.
​ 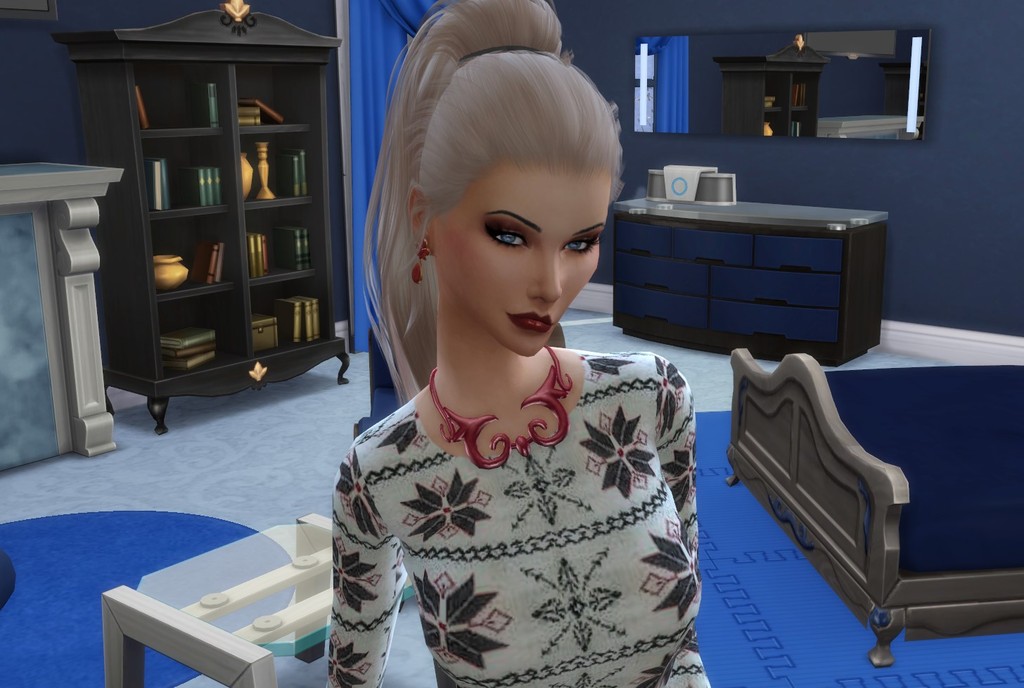 Weeks later, when the news broke about the Richardson legacy, my mind almost literally exploded. I mean, what was I going to do about my six-year plan now?
​ 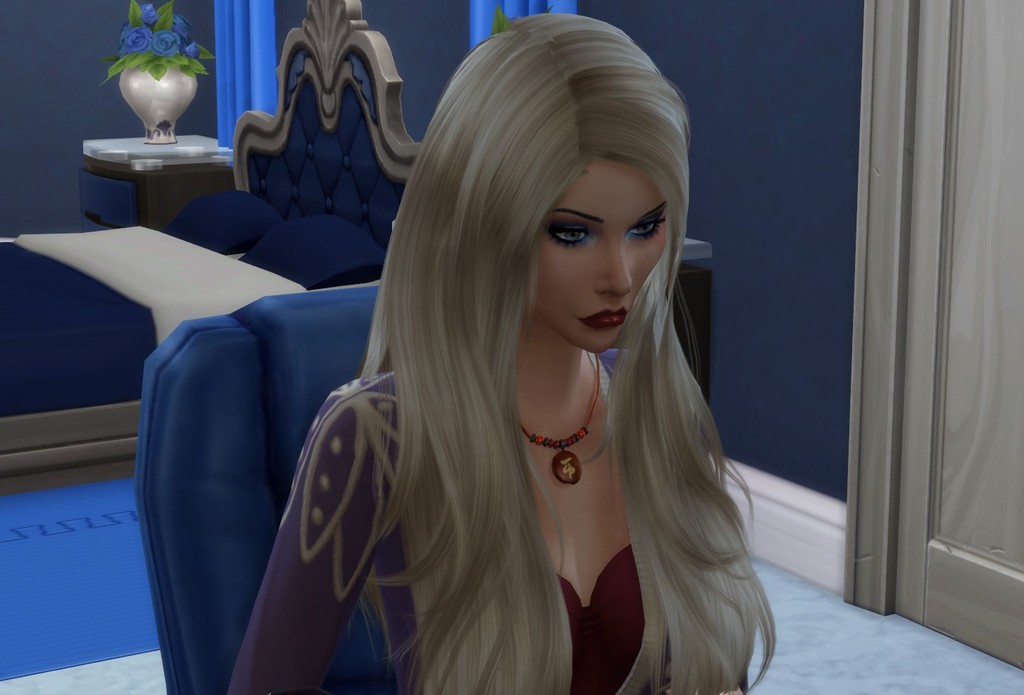 Knight-the-big-fat-dummy decided to give the whole $2.5 billion simoleon legacy over to his brother Kyle and still take on Alex’s name and be a part of the Day Legacy.

The Day Legacy? Was he kidding? Who drops a ten generation legacy empire to join a first generation founder?

Knight Richardson. Or in this case, Knight Day. Ugh.

My poor, poor baby Jackson. Biting my lip, I decided the only thing left for me to do was be the force to raise Jackson’s standards. After all, Alex Day, according to Forbes, was worth $80 million.

I could work with that.
​ 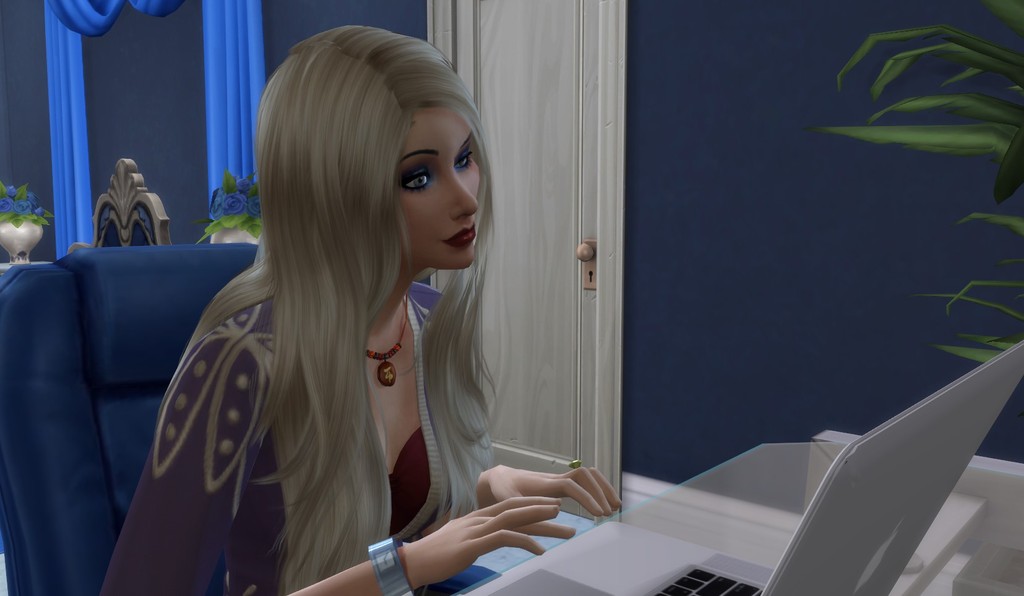 Year one: High school sweethearts. We’ll be named the most beautiful couple of Newcrest High. Shoe in’s for Prom King and Queen. I still have a few months left for this to happen.

Year two: Jackson and I will go overseas on a year long tour of many countries, staying at the fanciest hotels and eating the most extravagant delicacies. Well...we might have to shorten this to a month long trip. Don’t want to blow the whole nest egg. I will have to have seed money.

Year three-five: While he works on his music degree, I’ll get my undergrad in business, earning it in under four years. Using Alex’s money for investments, I’ll start whatever business venture appeals to me at the time, naming it after Jackson. Jackson Productions? I like the sound of that.

Year six: Jackson and I will make our love officially known to the world by tying the knot. His fathers will be forever in my debt as we crest the $800 million category in wealth. We will see our first billion as Jackson’s baby burgeons in my belly.

As the trees sprouted lime green buds and the azaleas blossomed around town, I’d had enough of Jackson’s enforced celibacy. He refused to date anyone. I even had a chat with Ro about it, but to no avail.

Jackson was done with the dating scene until college. My first year was in danger of being ripped to shreds, so...

I had to take action.

Knowing Jackson’s biggest fault was what I like to call the knight-in-shining-armor syndrome, I directed our conversation toward the upcoming basketball club night as we sat, waiting for something to do in our office aid period.

Batting my eyelashes, I sighed. “I’ve always wanted to learn how to play.”

I had a date for the following Saturday.

“Now, you just lay the ball on top of your hand like this, Winter.”

Jackson’s body comfortably grazed mine. Oh...was it hot outside or was that just him?
​ 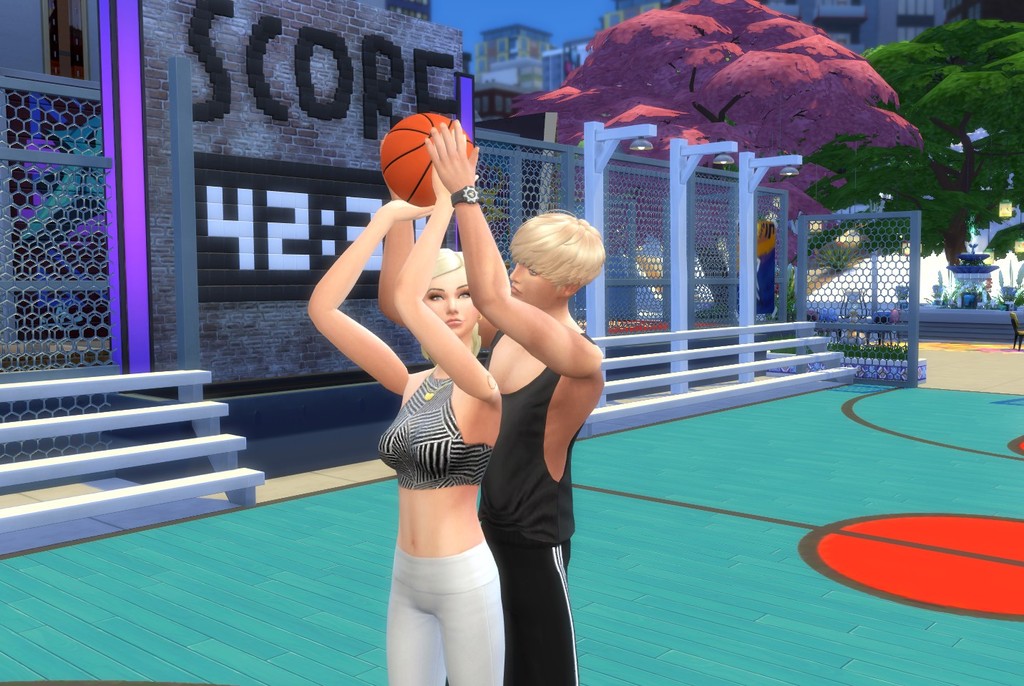 I launched the ball toward the rim, but it didn’t even come close.

Grabbing the ball, he placed it on my hands again, taking hold of my arm. I definitely could do this all day.

“That’s it, Winter. You just have to aim and don’t forget to spin the ball high as you shoot.”
​ 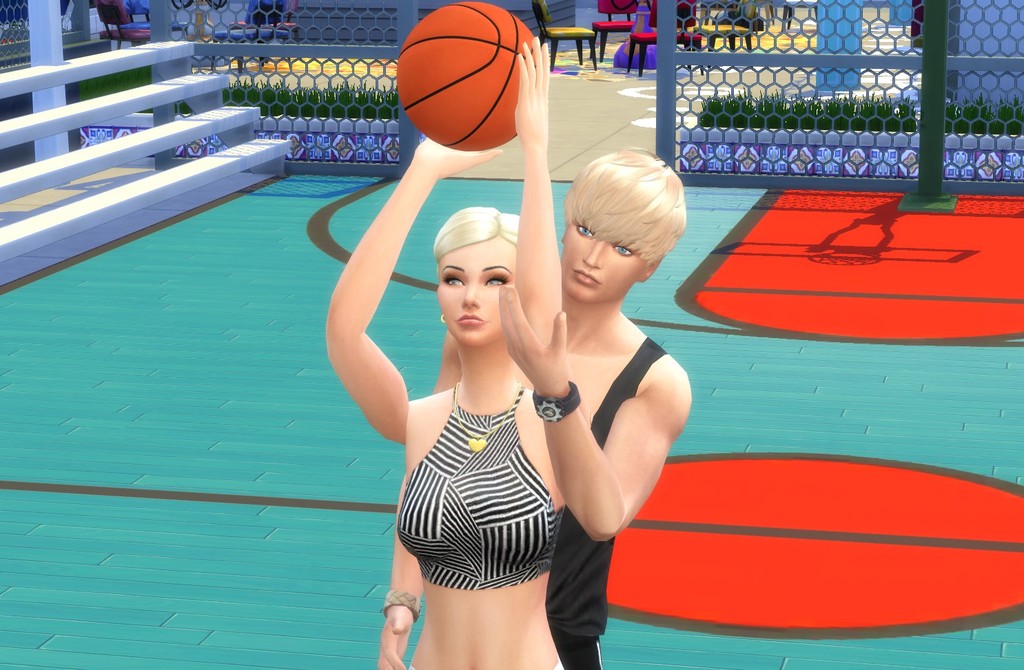 Flicking the ball up in the air, it bounced off the rim and bounded away.

I ran over and grabbed it before he could.

“Here, Winter, let me show you.” He pulled the ball out of my hands.

Laughing, he said, playfully, “Try and get it from me then.”
​ 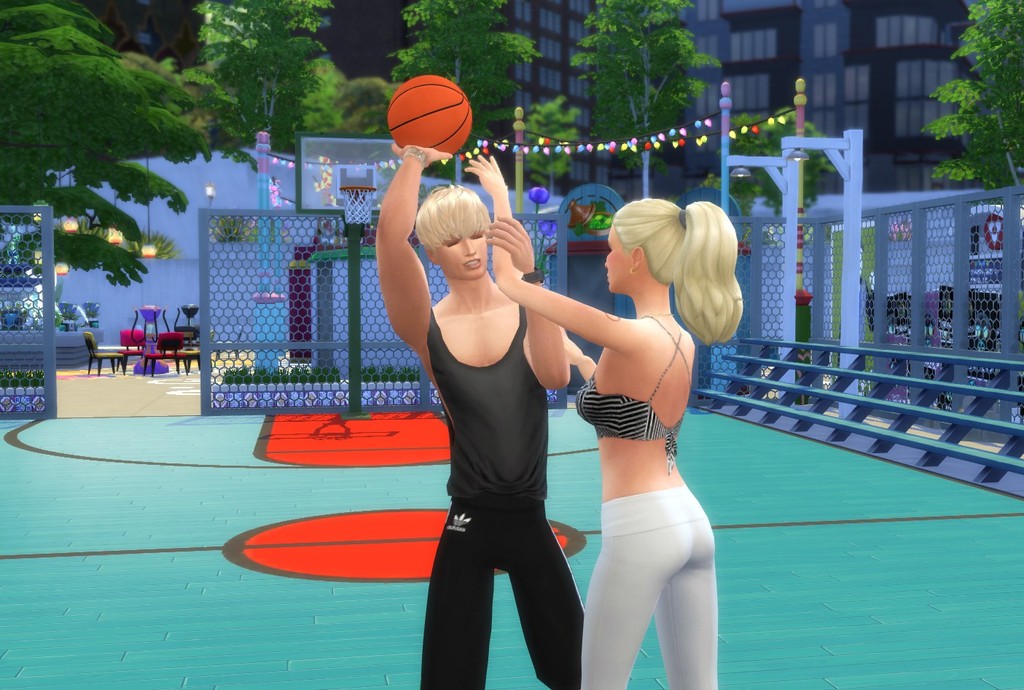 “That’s not fair, Jackson. You’re too tall.” I jumped up, trying to poke it from his grasp, but he just jerked it away easily.
​ 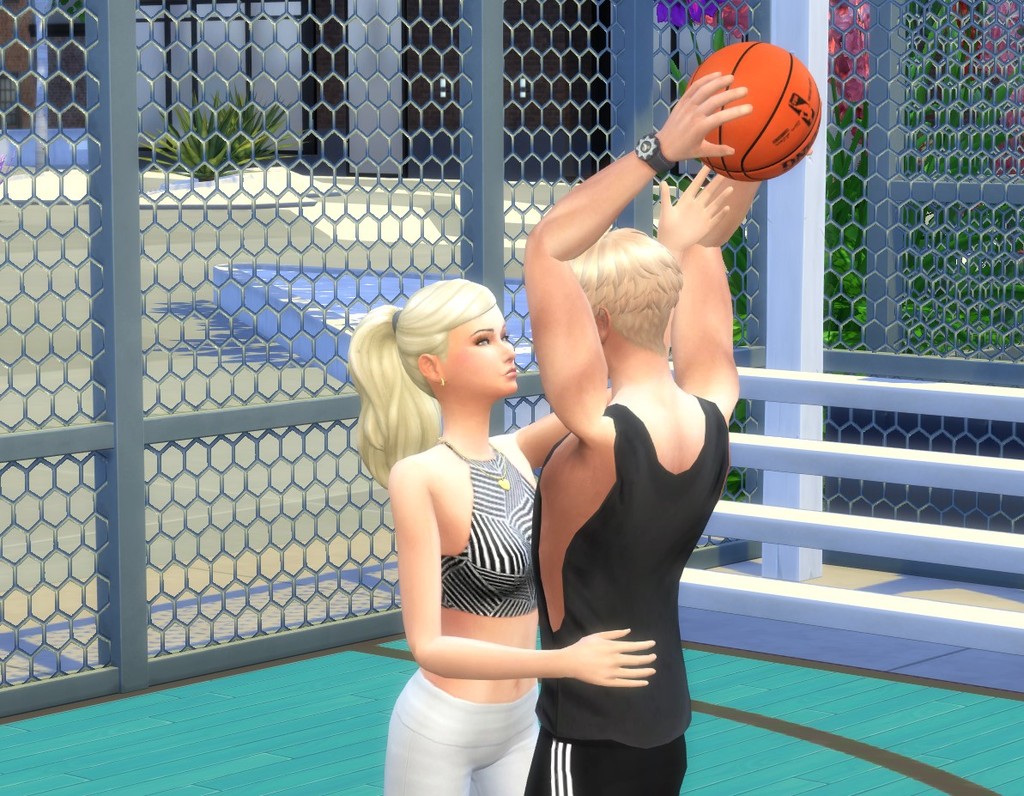 And then suddenly, something happened. It was like the trees stopped rustling and the wind died down. I could no longer hear the low murmur and shouts of the children playing across the street nor could I sense cars motoring behind us.

It was just me and Jackson.

Our eyes locked and I was drowning in a sea of blue. Heart quickening, my mind went blank.
​ 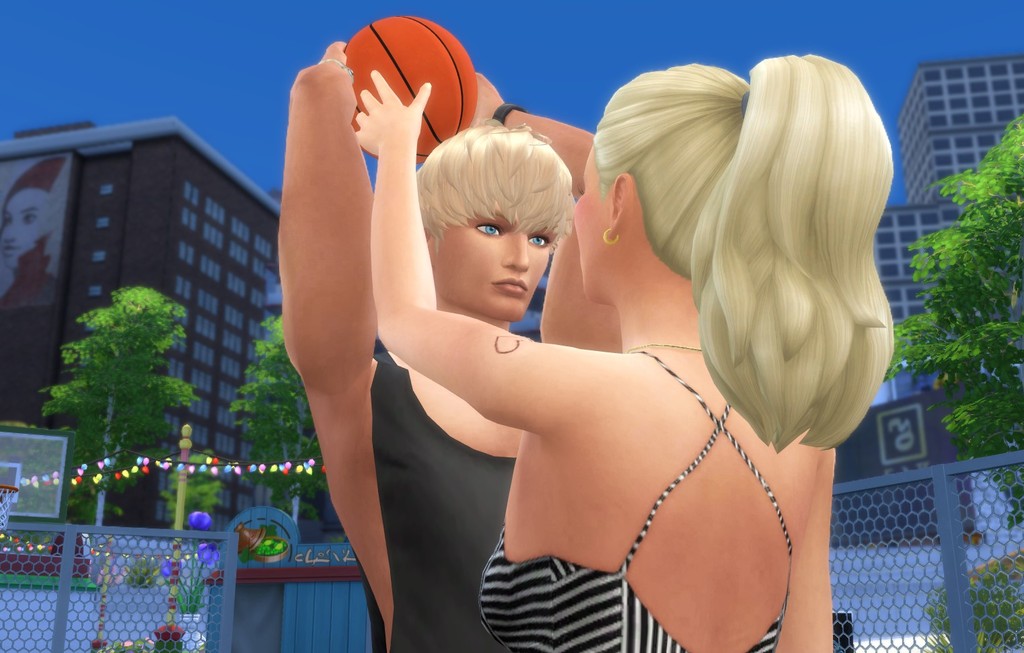 And then ever so gently, Jackson bent his head and kissed me.
​ 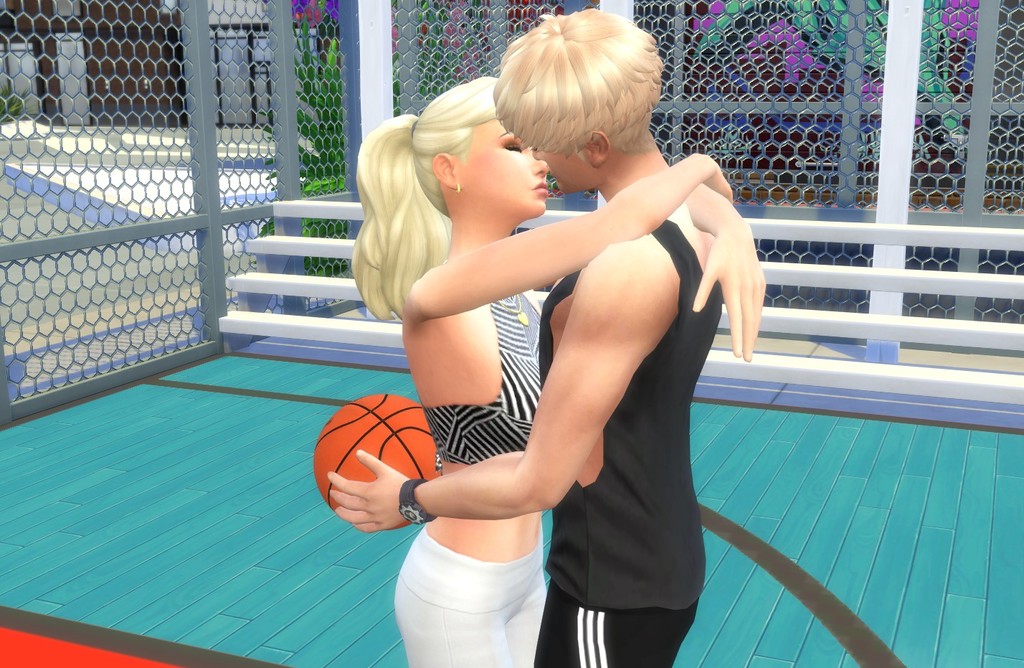 If you would have told me six months ago that I would be dating Winter White and ridiculously on cloud nine about it, I would have told you that you’d been smoking too much weed and lost your mind. 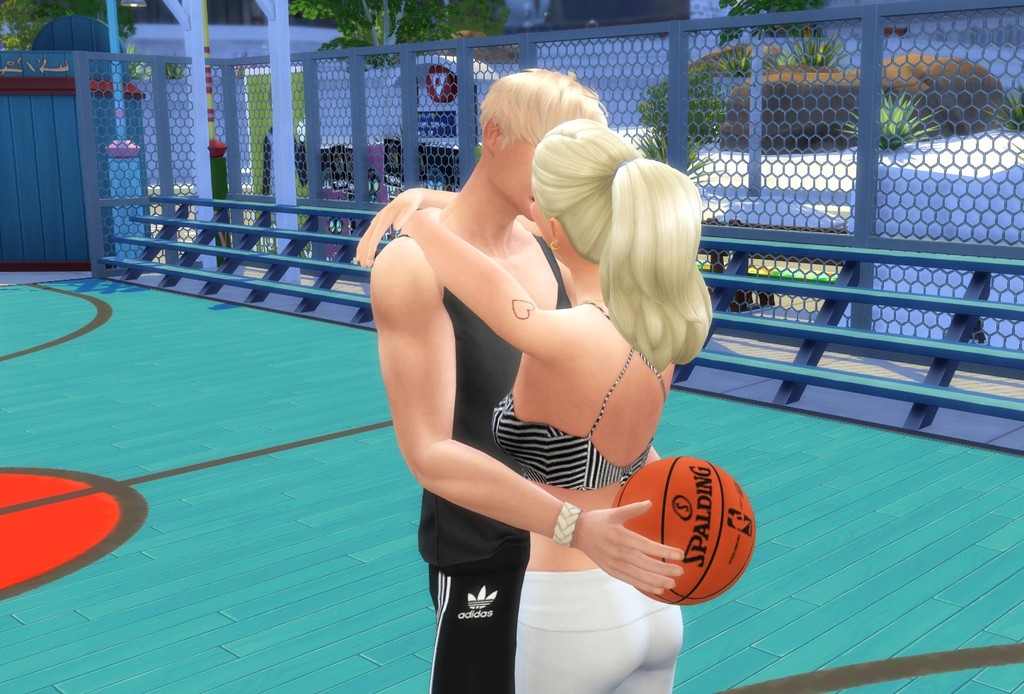 And not only am I totally stoked about her, but I’m going to go all out and say she’s the most amazing person I’ve ever been with.

First of all, she’s brilliant. Not just book smart, but she has street smarts as well. I mean, she single handedly sniffed out Lana’s underhanded schemes just by using her intuition. Crazy.
​ 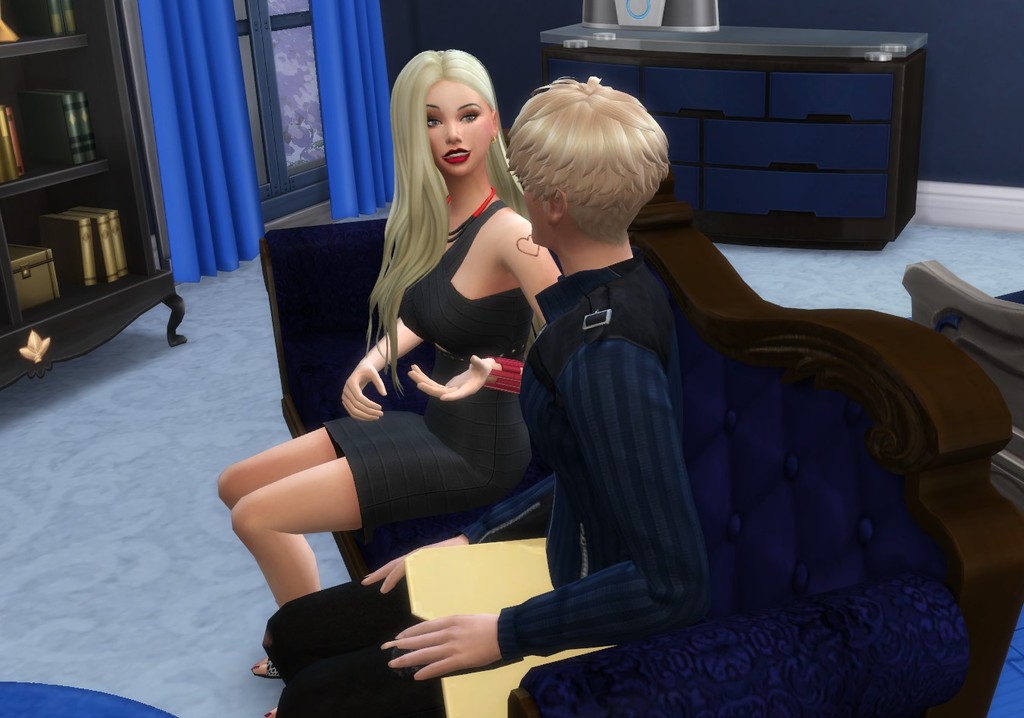 I used to think she was a snob, but I was wrong. She’s just savvy, and when she voices her opinion, it might sound snobby but she has a very good reason for it.

Second of all, she’s freaking gorgeous. I’ve always known this about her but since I misjudged her personality, I never really stopped to take in her beauty. She’s smoking hot. I’m so damned lucky.

And not only that, but she’s not needy or jealous. She gives me my space plus she’s great buddies with my best bro. How cool is that? We go on double dates with Ro and Eskandar all the time and have such a blast. In fact, our relationship is so tripping right now that I’m worried I’m wandering around in some dream. How did I miss out on her all this time? I was such a fool.

A few weeks before prom, my band, The Llama Kings, were asked to perform that night. And we were going to get paid! So we had to do a bunch of practice sessions. Winter was so cool with it even though I hadn’t taken her out in a while. She told me she loved to listen to me sing so it was great for her anyway.
​ 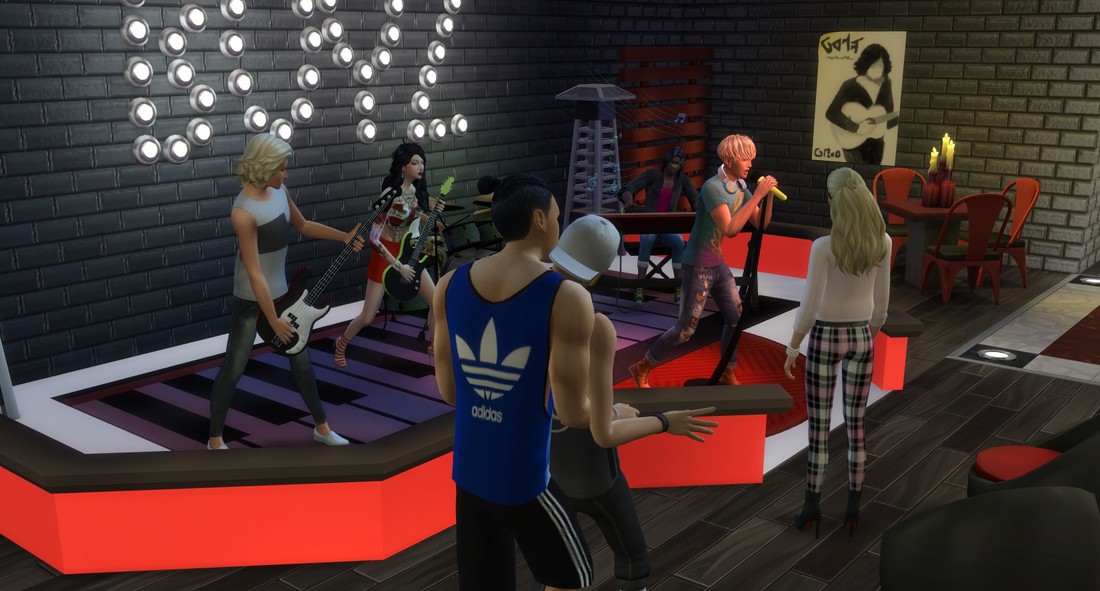 So, during my songs, I try to sing to her to make her feel included. One night, we invited Ro, Eskandar and Clarke’s girlfriend, Lexx to watch as well then we’d all hang out afterwards. I loved seeing my girlfriend’s face as I finished my set. She was so beautiful.
​ 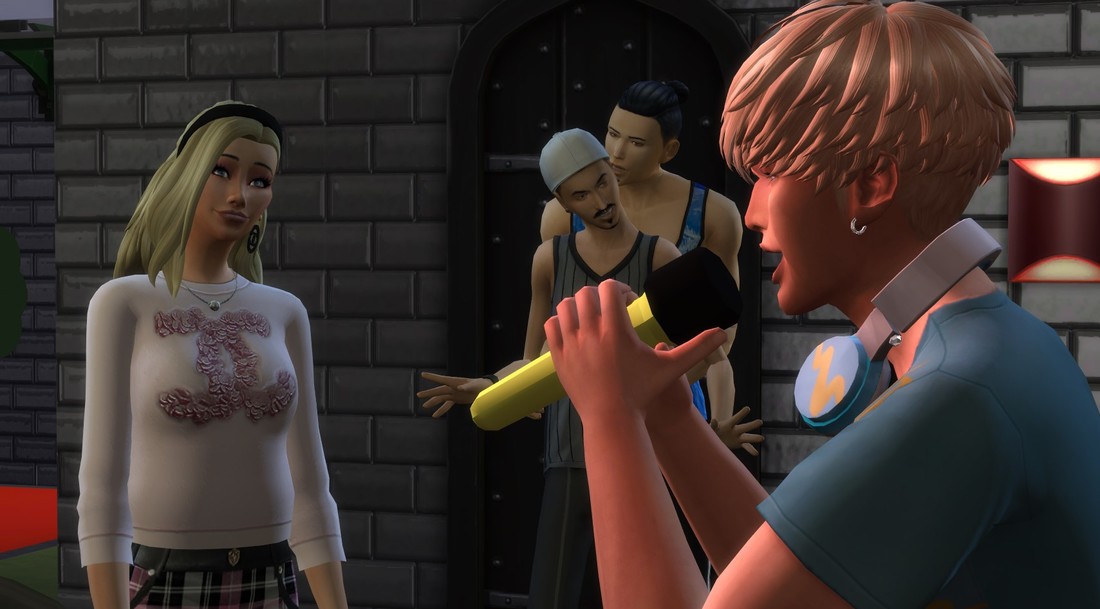 After we were finished, I couldn’t wait to get Winter alone, but Mako started messing around like she always does, wanting to play wrestle. She did this with everyone—not just me—but she jumped on me in front of Winter.
​ 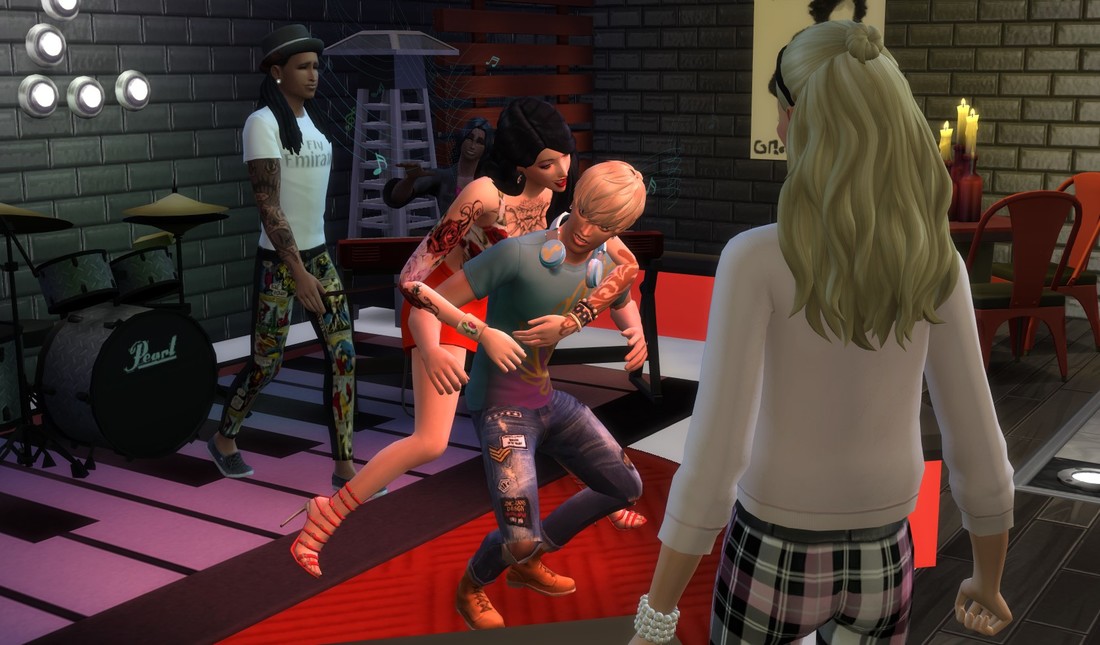 “Hey, dude, that’s not cool. Get off!” I yelled. Crap. I knew I was in trouble. I’d never gotten into a fight with Winter before, but I wouldn’t blame her. 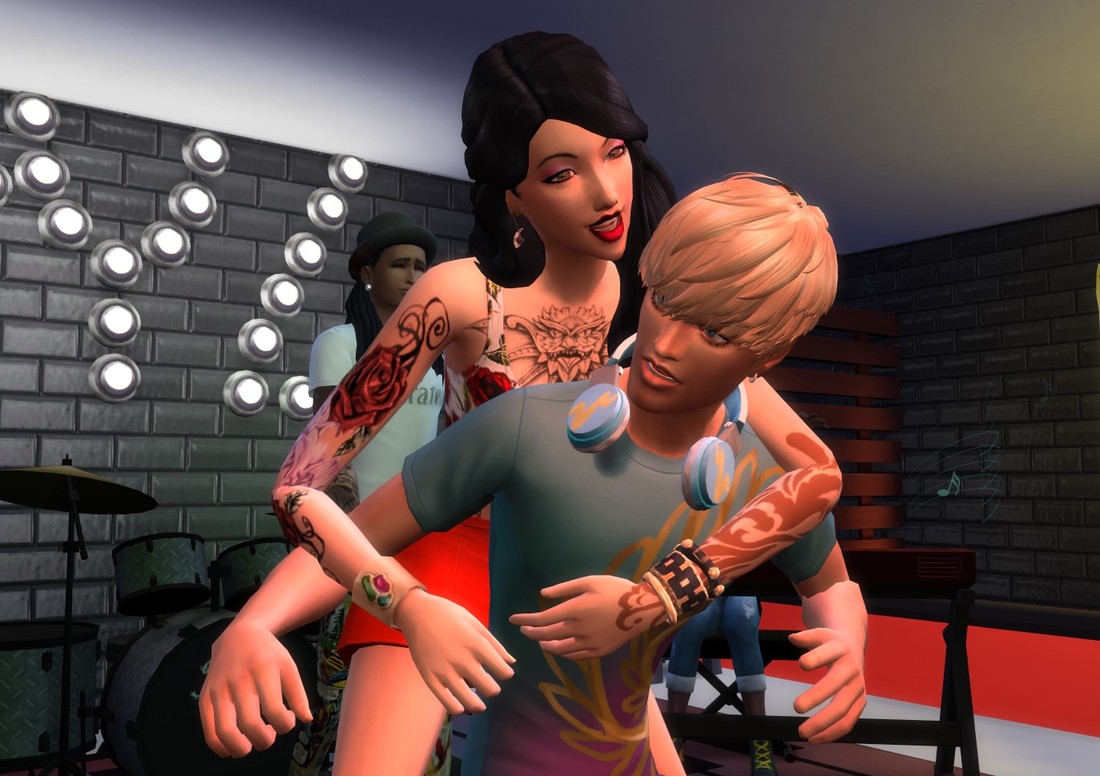 I couldn’t believe she’d say something like that. I knew it was for Winter’s ears. Why would she want to make her jealous like that? So mean.

But this is how chill my girlfriend is. She didn’t say anything to me about it or tell off Mako. She threw on a smile just for me to let me know she wasn’t worried and that dumbass Mako wasn’t getting to her. I knew she didn’t like it because her hands fisted up. Hell, I couldn’t blame her.
​ 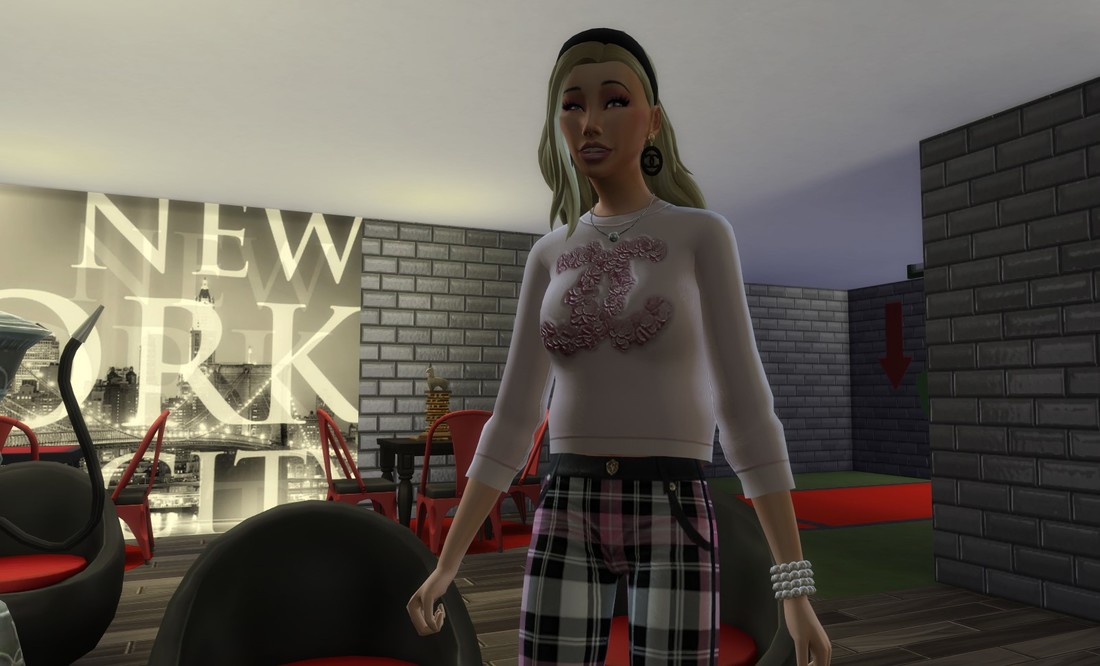 Glaring at Mako, I walked up behind Winter and nuzzled her ear.

“Hey, Angel,” I said softly, squeezing her. “We’re done. Are you glad you don’t have to listen to me anymore?”

Brushing her hand through my hair, she said, “No...you know how I love to hear you guys play. You’re amazing, Jackson.”
​ 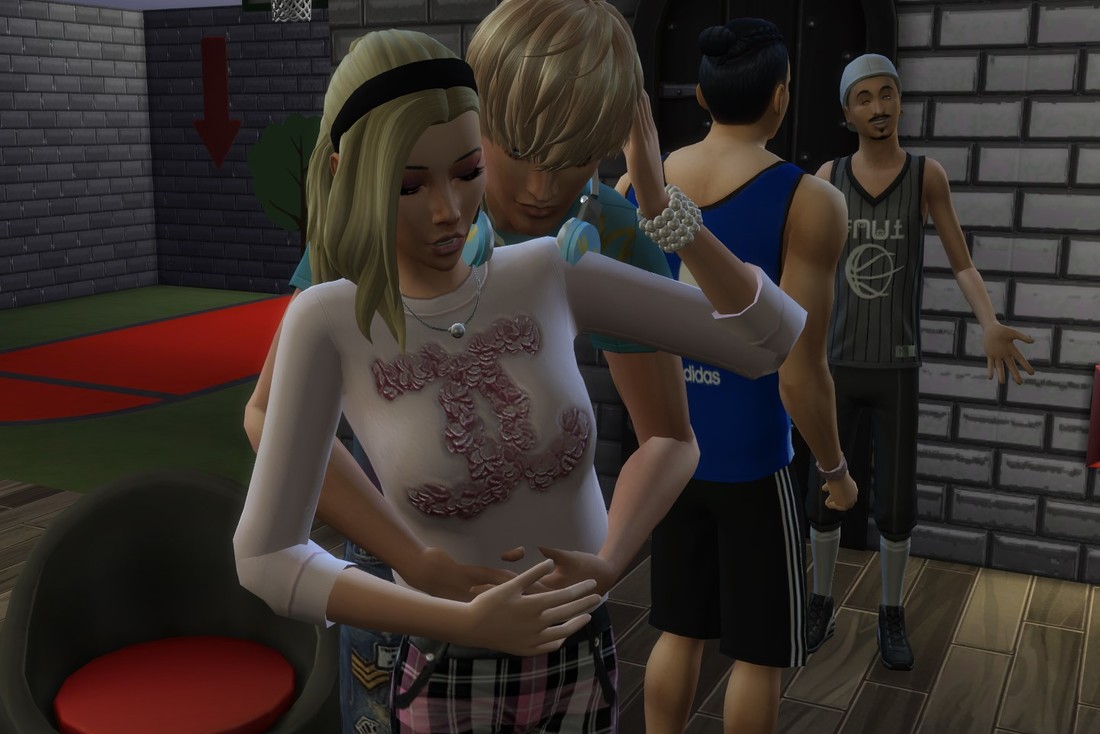 I turned her around to face me and whispered, “Let’s go upstairs. My parents are out.”
​ 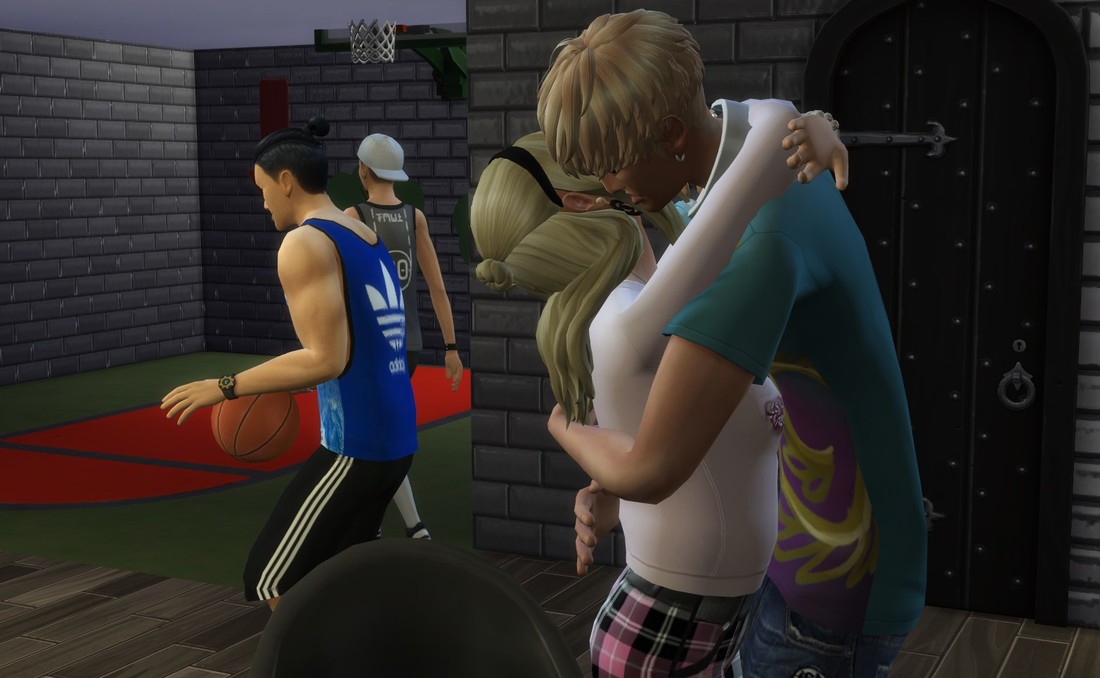 Pulling back, she said, “But what about our friends? Won’t they miss us?”

She was driving me nuts. I could care less about that. “They won’t even notice.”
​ 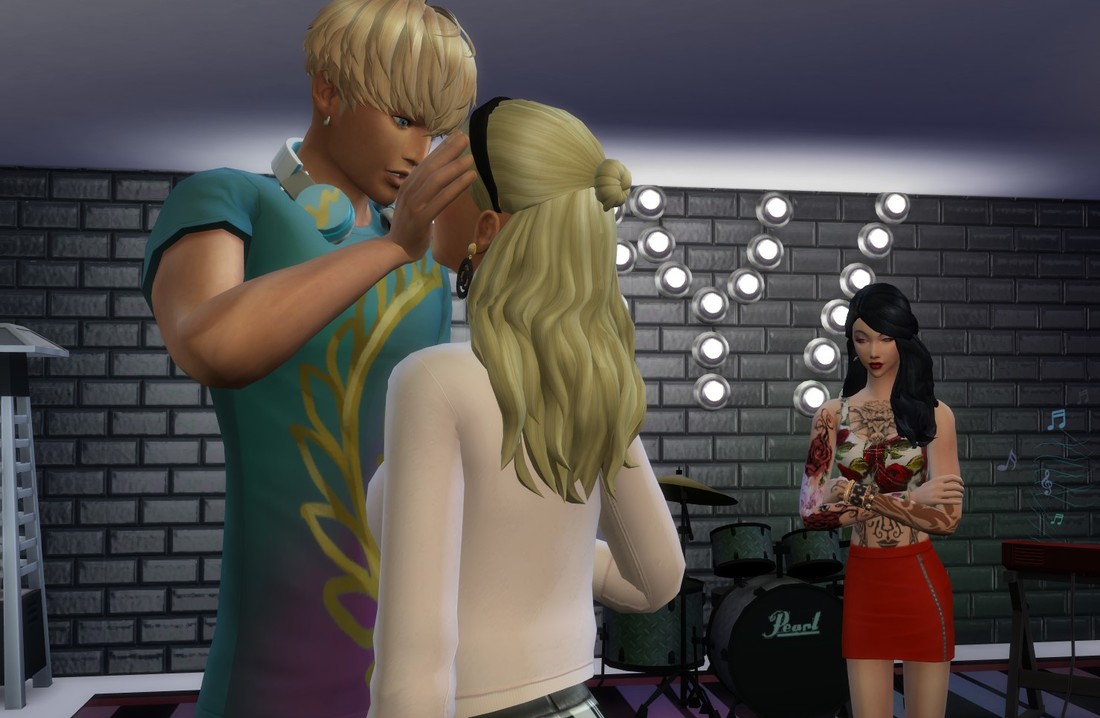 She nodded and before I knew it, we’d hustled upstairs to my room and I was showering my girl with kisses, getting lost in her soft arms.
​ 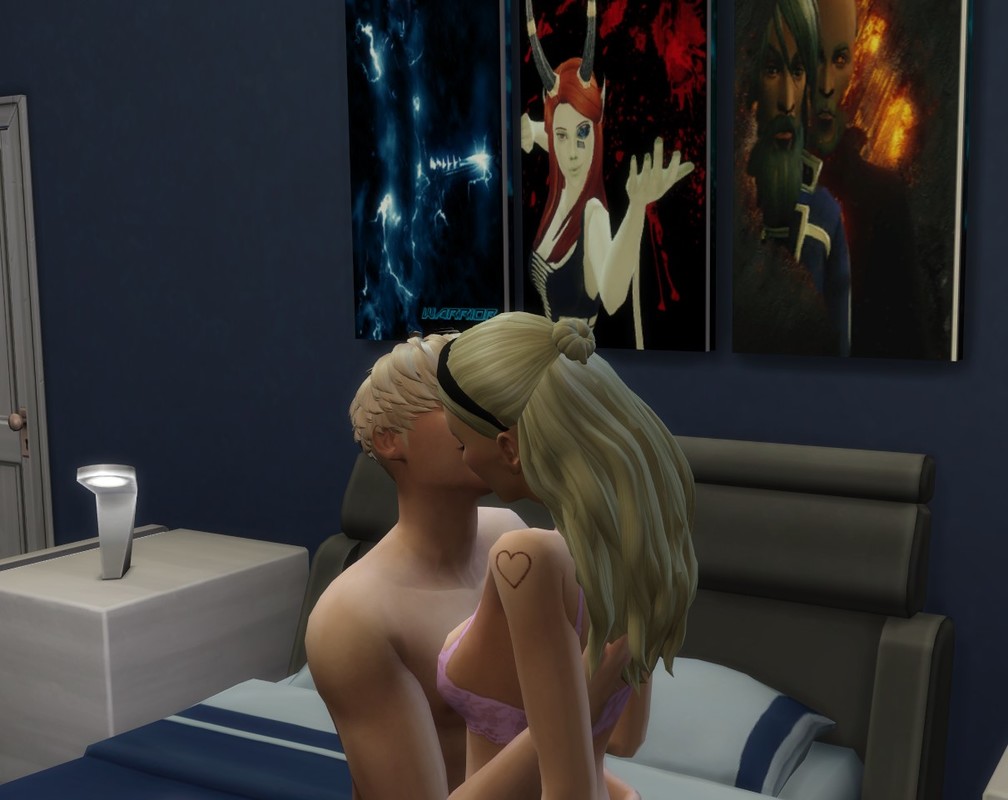