Finally, the rest of the gang showed up. Paxton said, “Hey, guys, this is my cousin, Celia Estelle. She goes to San Myshuno High.”
​ 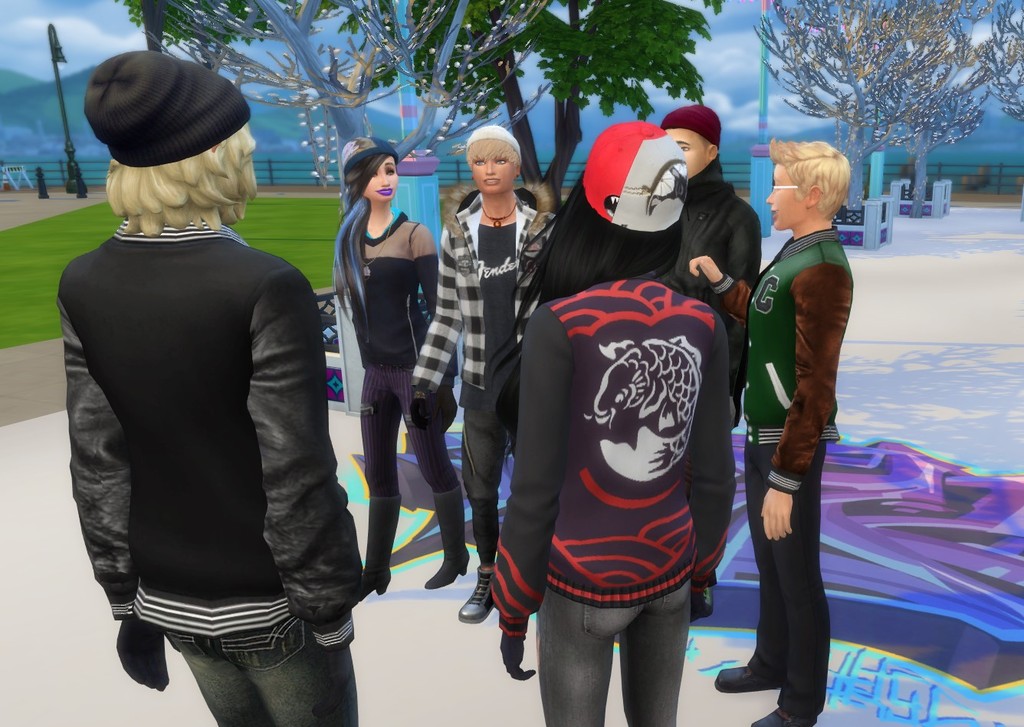 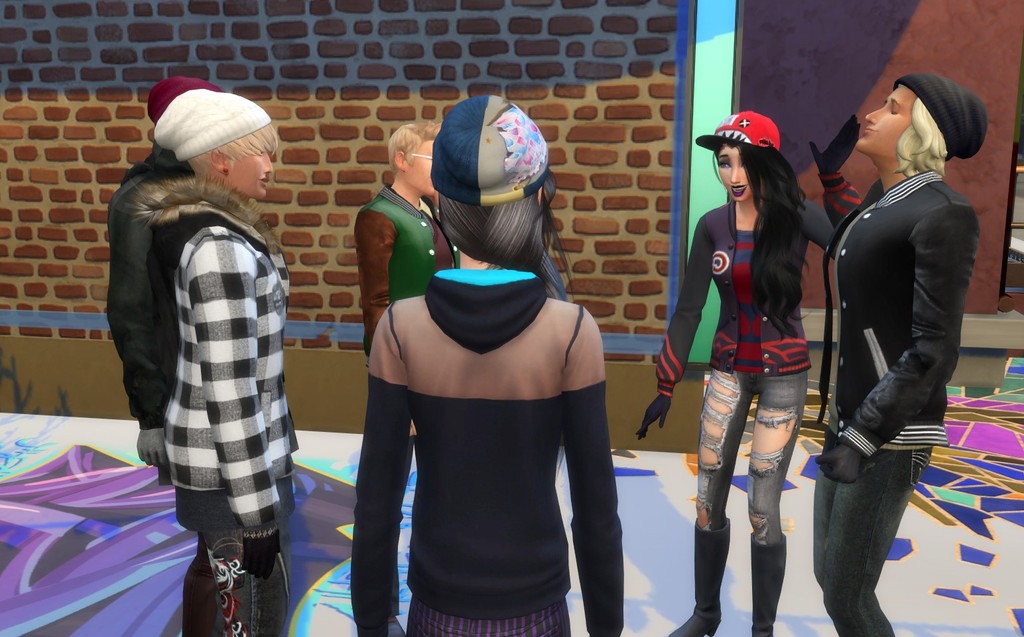 Just then, Manu jumped in and slapped Celia a high five. “What’s up, Cel? Haven’t seen you in ages. Have you been hanging around the cemeteries lately?”
​ 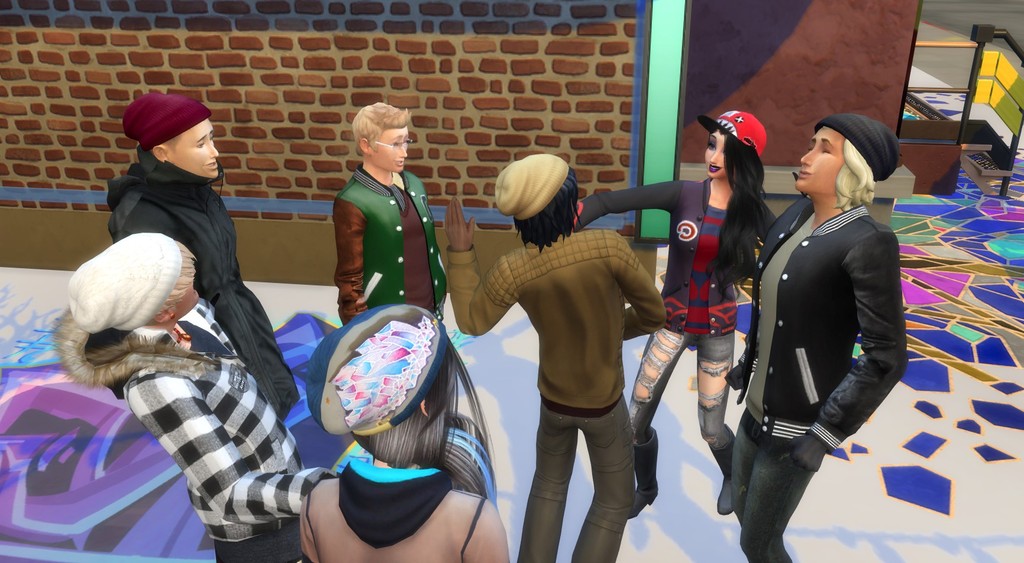 Laughing, she said, “Actually, I was there yesterday. Got a great photo of Cornelia Goth’s ghost. You should come over to have a look.” 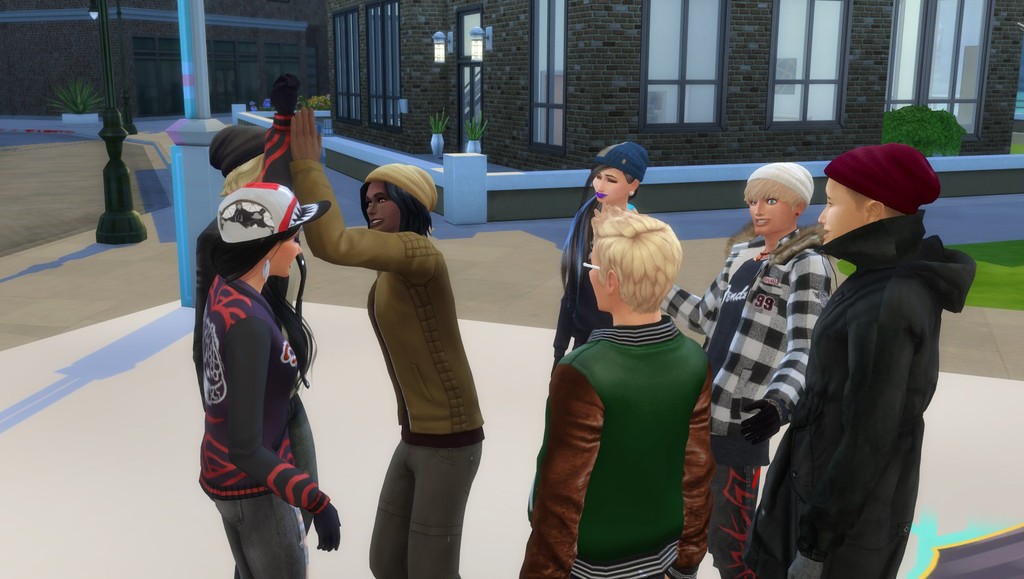 I shook my head. Manu was always messing with people’s heads about ghosts and vampires. Looked like he had a partner in crime when it came to weird. That was fine with me just as long as he didn’t ask me to come along. Ghosts freaked me out.

Everyone broke out into their own conversations when suddenly, Victoria said, “Hey, losers, are we going to hear our friend who just got out on parole sing or are we going to yuck it up all day in the cold?”
​ 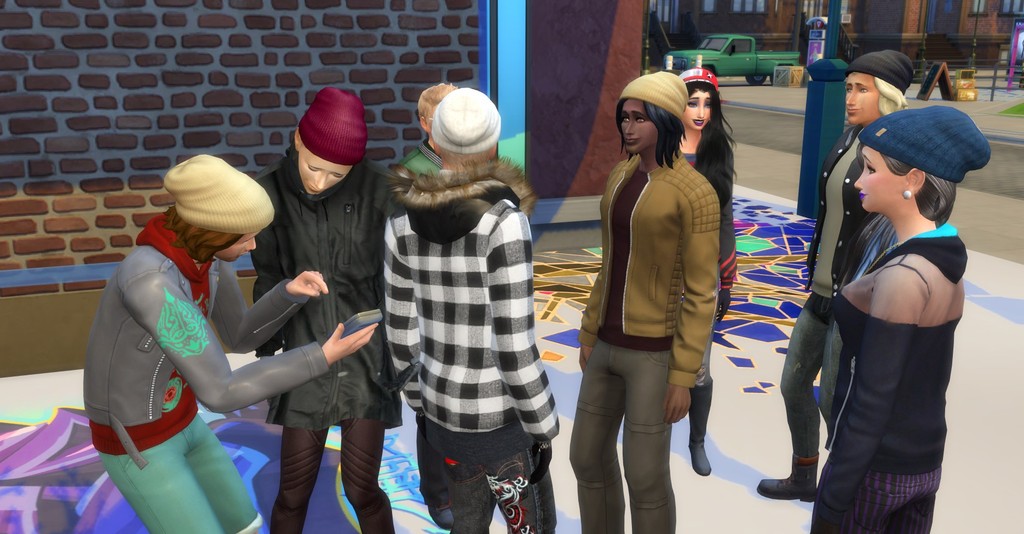 Patting my shoulder, Victoria said, “You’re on your own, blue eyes. There are two things I don’t do: One Direction and singing.”

“Well, I can’t sing on my own. You’ve got to.” I glared at her, hoping to force her into submission.

A voice popped out of nowhere. “I’ll sing.”

Looking up, I saw Celia staring at me with a smile.

I chose an easy duet, excited to get into the song. But Celia’s voice clashed with mine. She was awful. She was a cross between the screeching high pitch of Elmo from Sesame Street and an elk doing a mating call.
​ 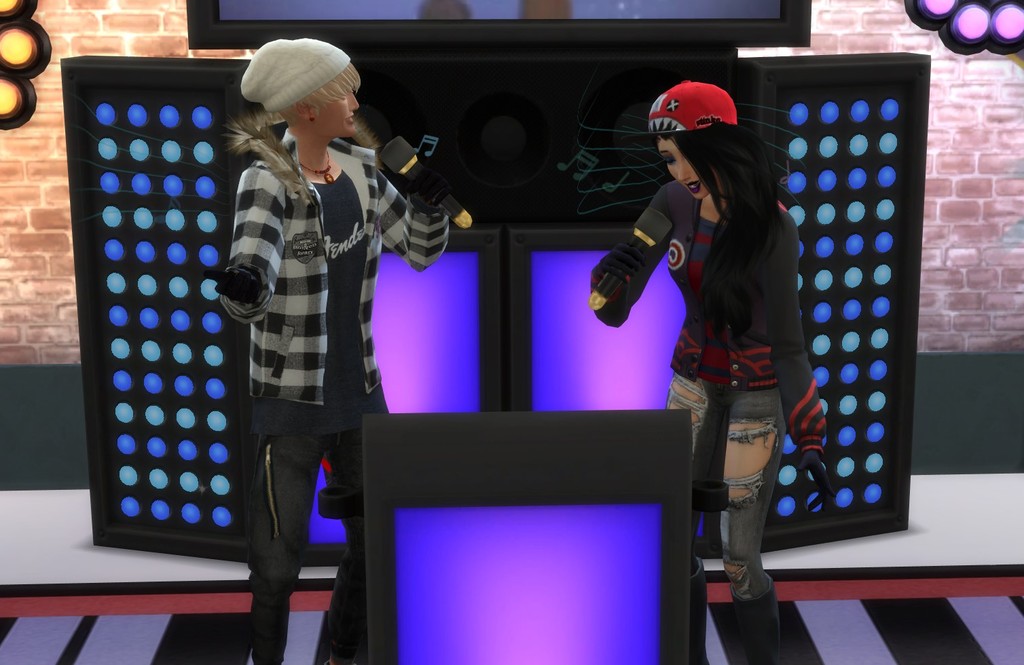 I tried to ignore it. Ro was all over it, though, and hollered at how bad we were. “Well if it isn’t Sonny and Shriek. A new band. You’ve got a sound that definitely can’t be duplicated. Whoop!”

Celia looked as if she wanted to crawl under a rock. “I know. I’m bad.” 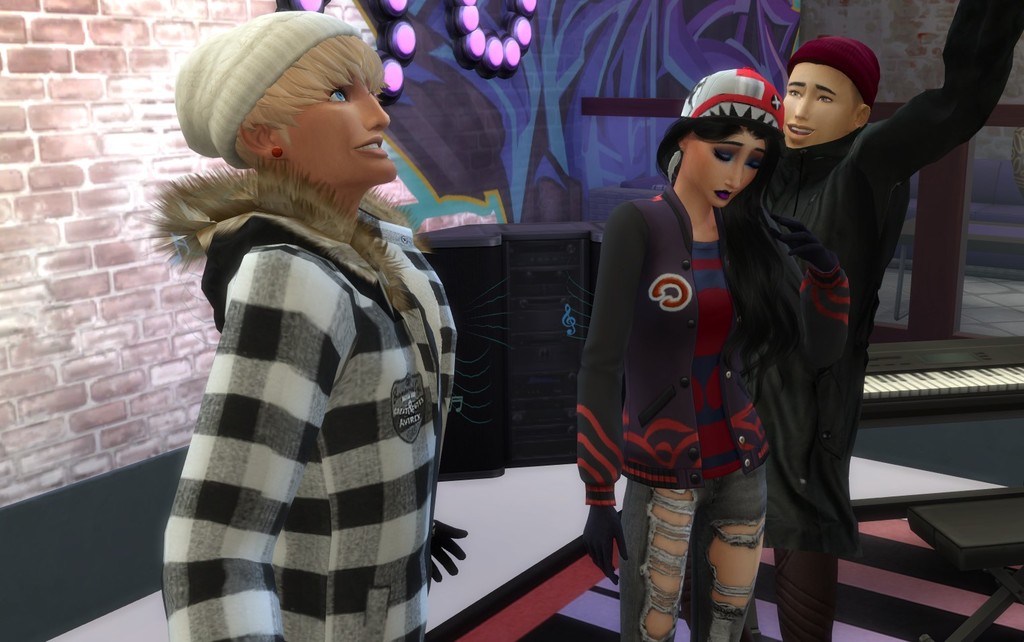 “Then let’s do another song. Go away, Ro.” I pushed him out of our area.

We took up our mikes and sang even louder and more awful than ever before. It was awesome.
​ 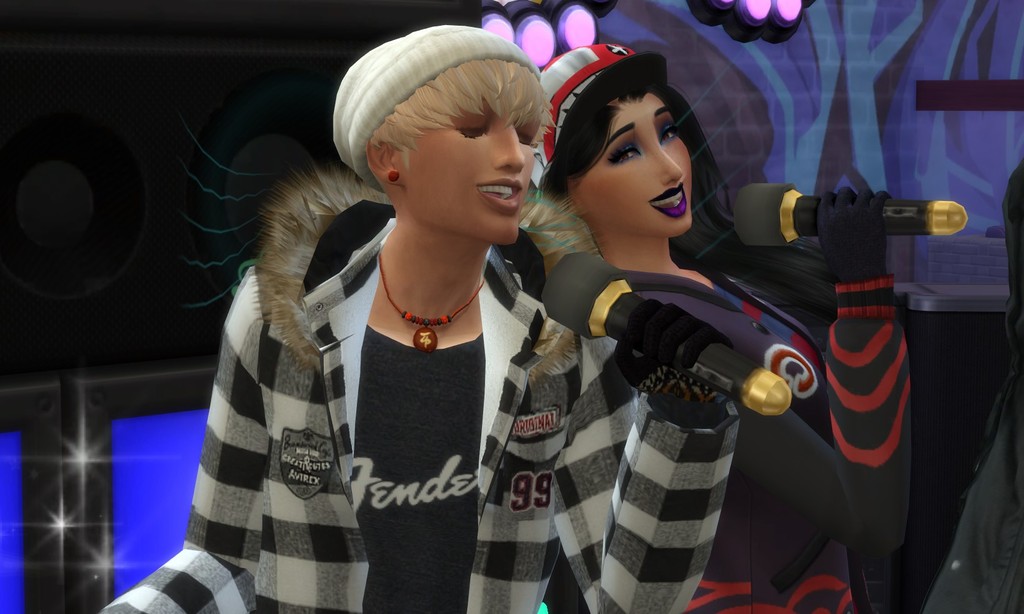 Later, Celia got tired and everyone forced me to do a song on my own. So I went for a cheesy ballad to show off my pipes.
​ 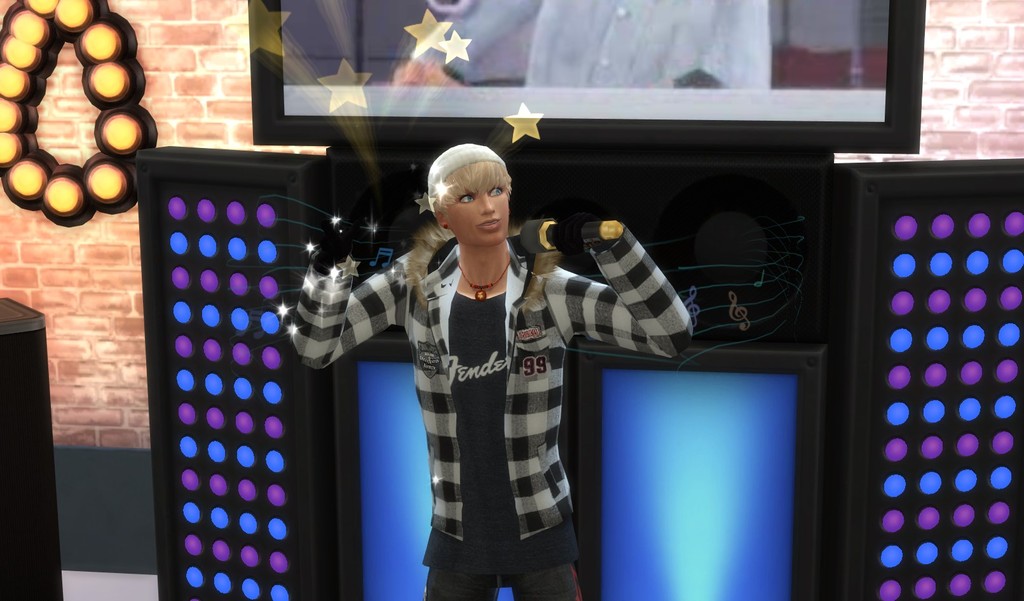 And you know what? I got a standing O!
​ 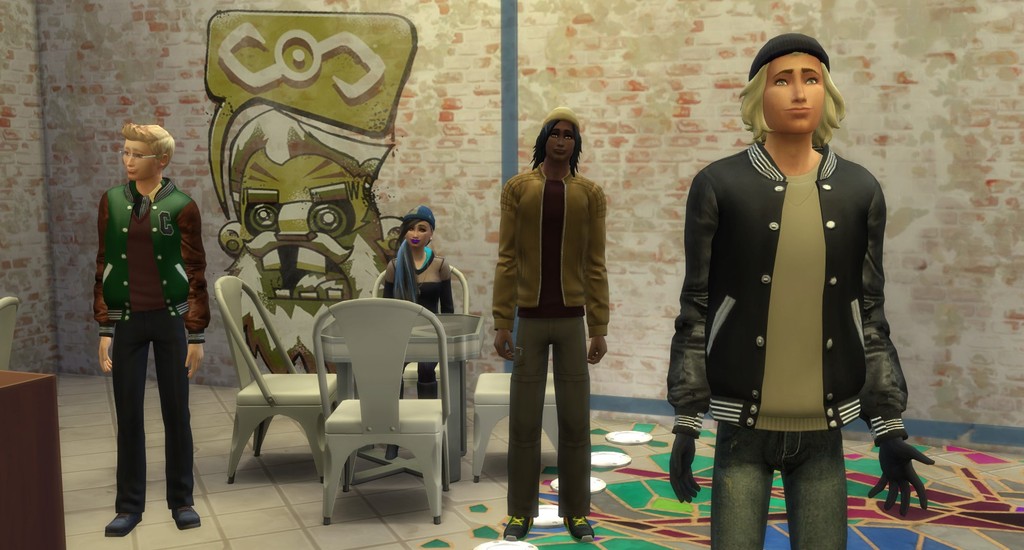 Well, except for Victoria. She said she stands for no one. Especially me. But she admitted I was decent. 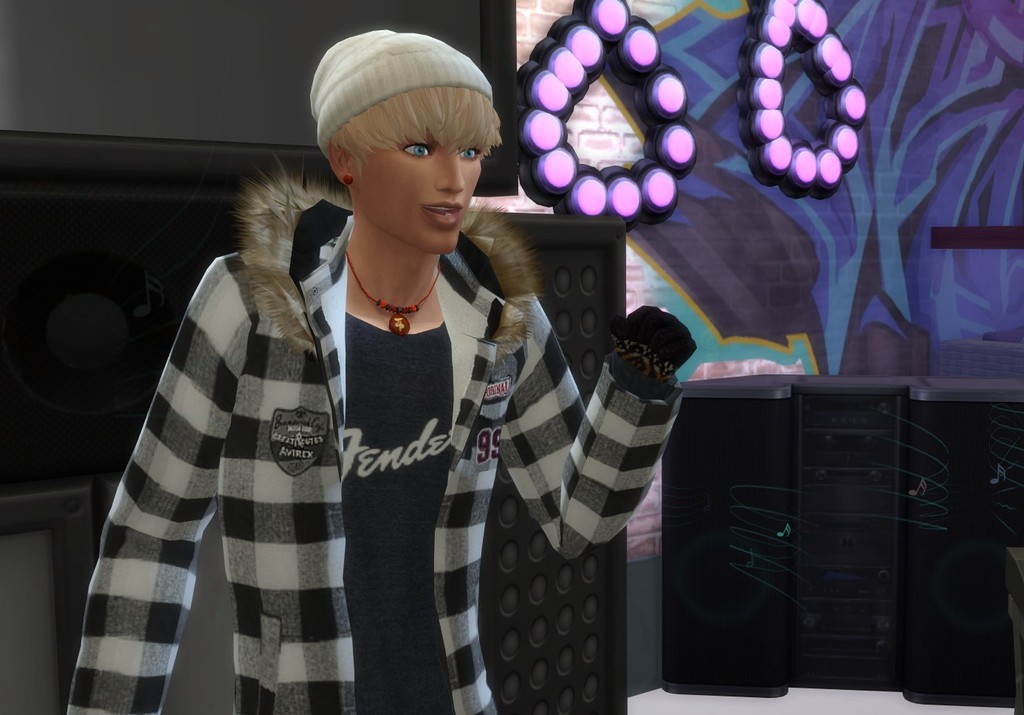 Clarke clapped and hollered for more. But I was tired.
​ 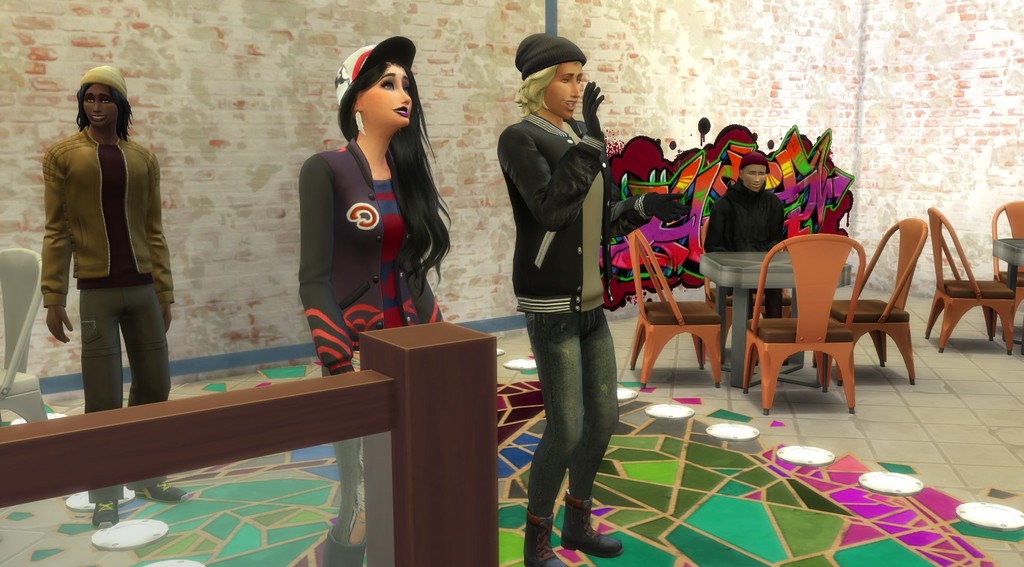 He came over to me and said, “Dude. Have you been hiding your voice all this time? We need you!”

“My band. We don’t have a singer and since you can play any instrument, we’ve got to have you.”
​ 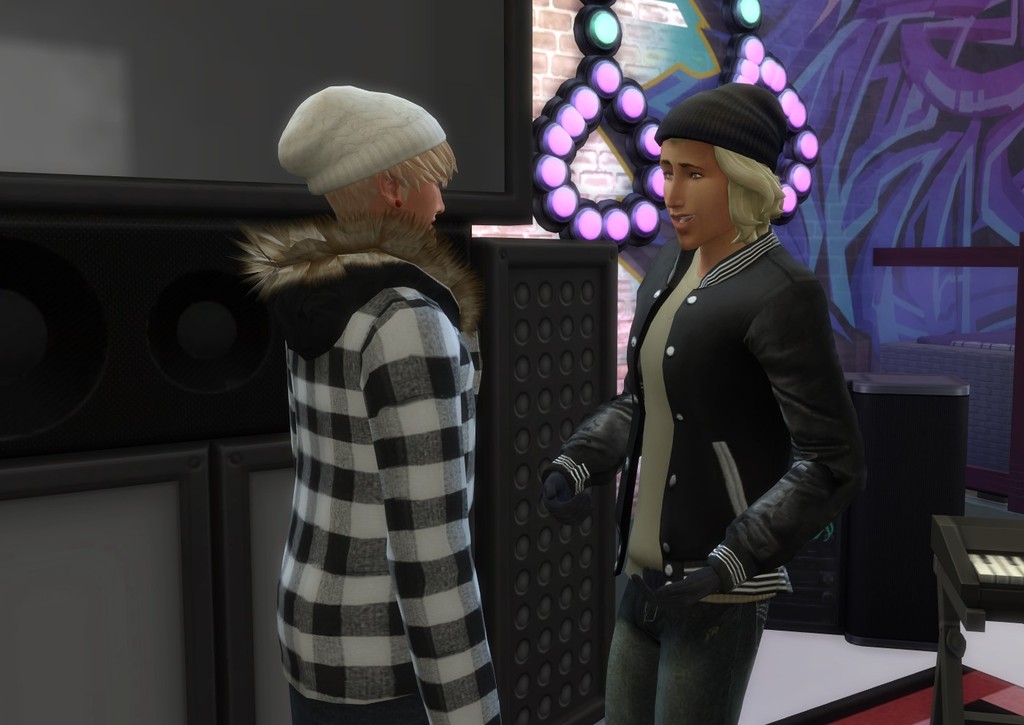 He shrugged. “We just formed it. Manu is our drummer. Zed’s our base. I light it up on electric guitar. We could use you for keyboard and vocals. Are you in?”
​ 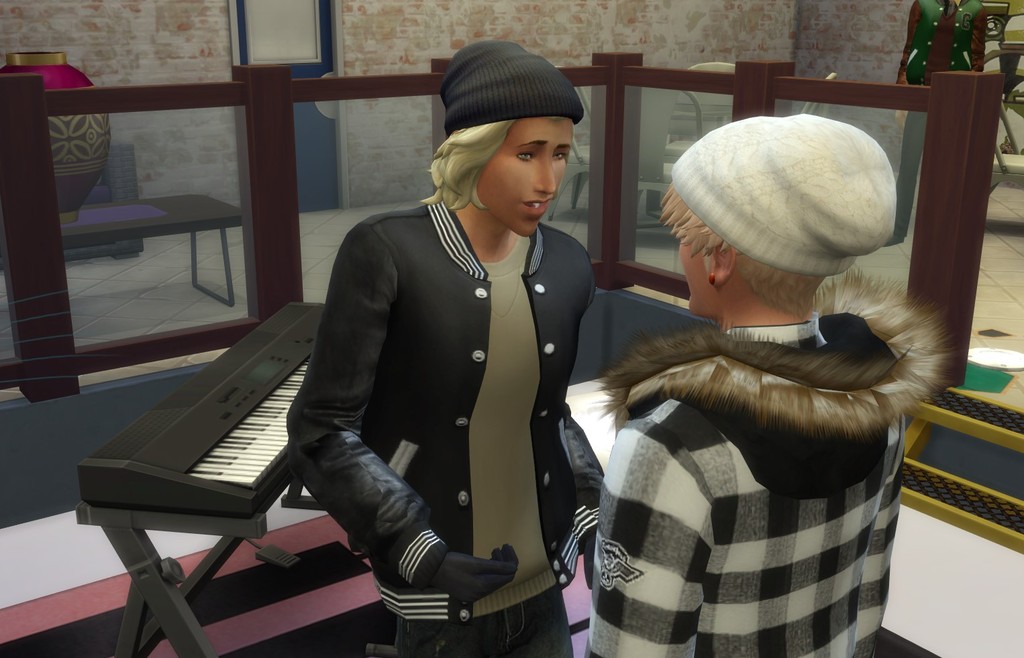 “Dude! Cool!” He gave me a high five. And that’s how The Llama Kings formed.
​ 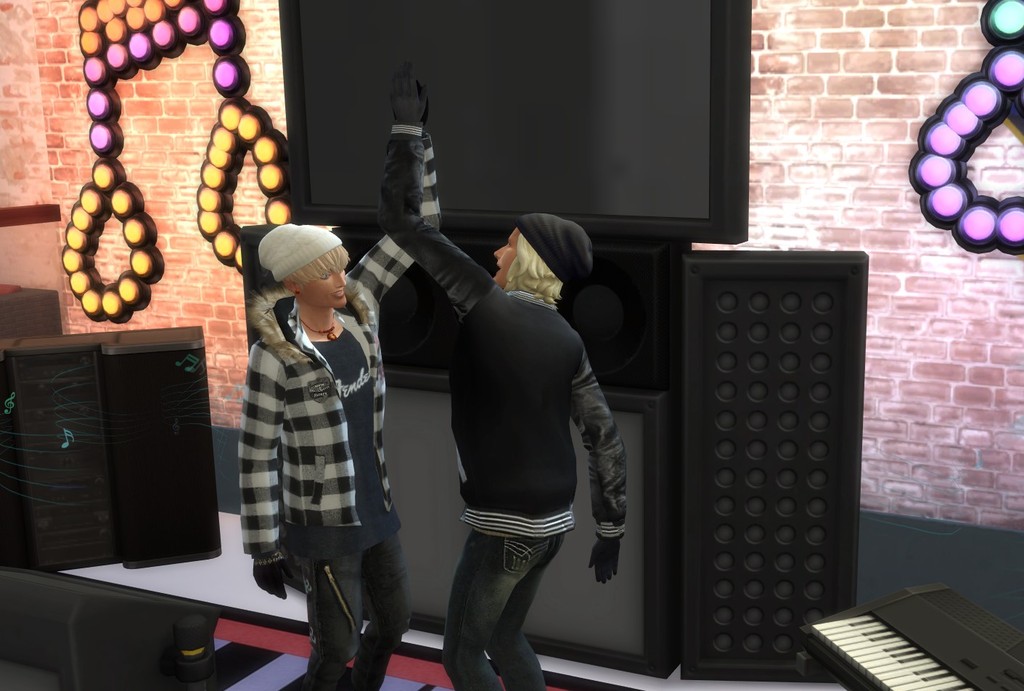 This gave me an idea, so I started playing a jazzy song on the keyboard.

Ro and Victoria came over to hear me.

After a while, Victoria said, “Dude. There are three things that annoy me: bubbleheaded girls, ripped jeans, and show offs. I’ve about reached my limit here.”
​ 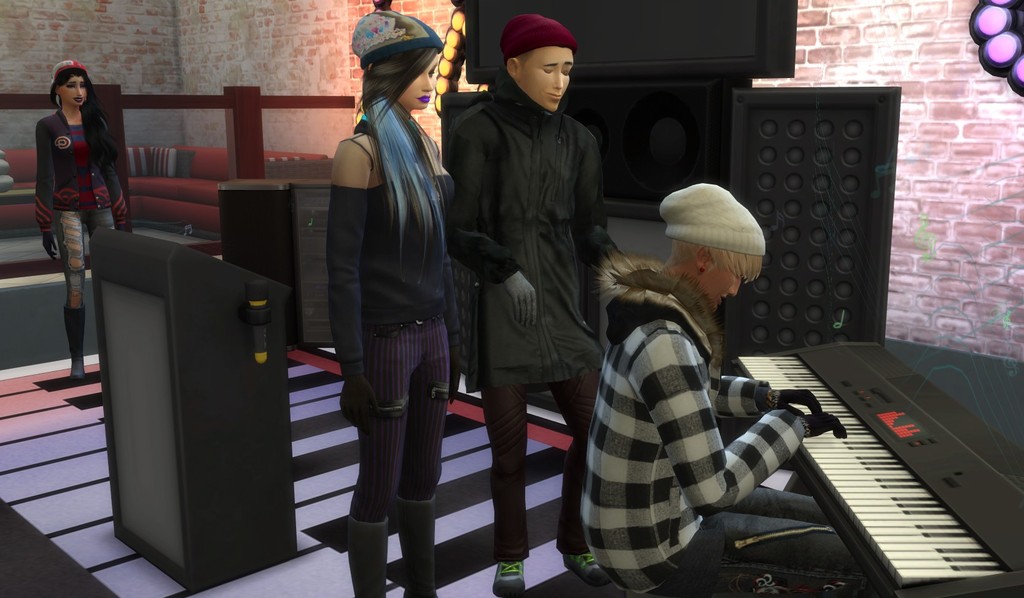 I felt as if she was ripping on Celia and me, but you had to ignore Victoria when she got into one of her moods. “Really, Vick? I’m not showing off. Can I help all the talent that just oozes from me? The world would suffer if I put it under a rock.”

“Oh, brother,” Victoria said. “First of all, if you call me Vick again, you’re going to see blood. Yours. And second of all, if anyone cares, I’ll be outside. I’ve got a great idea for a mural and if you morons want to do something for the community, you’ll join me.”

She stormed off. I had no clue why she was mad all of a sudden.

I kept playing. “What’s her problem?” I asked Ro.

As if I had a clue. “Who can know what Victoria is thinking?”
​ 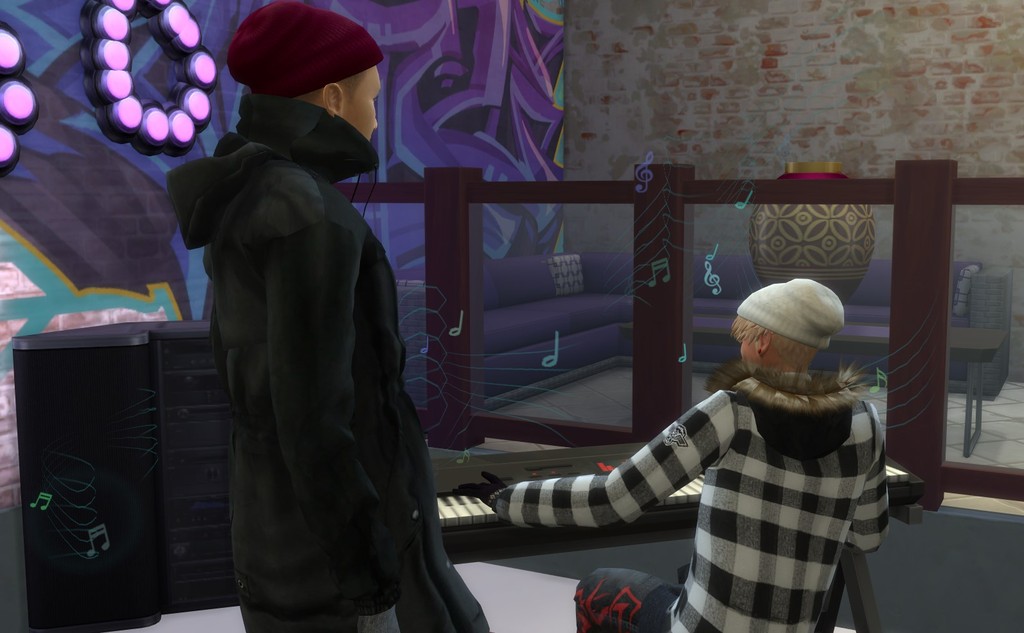 “Looks that way to me. She was shooting darts at Celia the whole time she was singing with you.”

I shook my head. “Whatever. You know I can’t deal with that. She’s like my sister. It’d be weird.”

He shrugged. “You asked, dude.”

I stopped playing. I didn’t think he was reading her right at all. She was mad because we weren’t paying attention to her. Victoria loved to be the center of everything. So I decided to help her with her mural.

“It’s gonna be so cool,” Victoria explained. “It’ll be this Asian Explosion all over the brick. I’m going to call it Death by Kimono.”

I sighed. “You’re one weird chick.”

After a while, I went to clean off my paintbrush. Celia came over to me. “Hey, Jackson.”

“Hi, Celia. Have you been doing more singing?”
​ 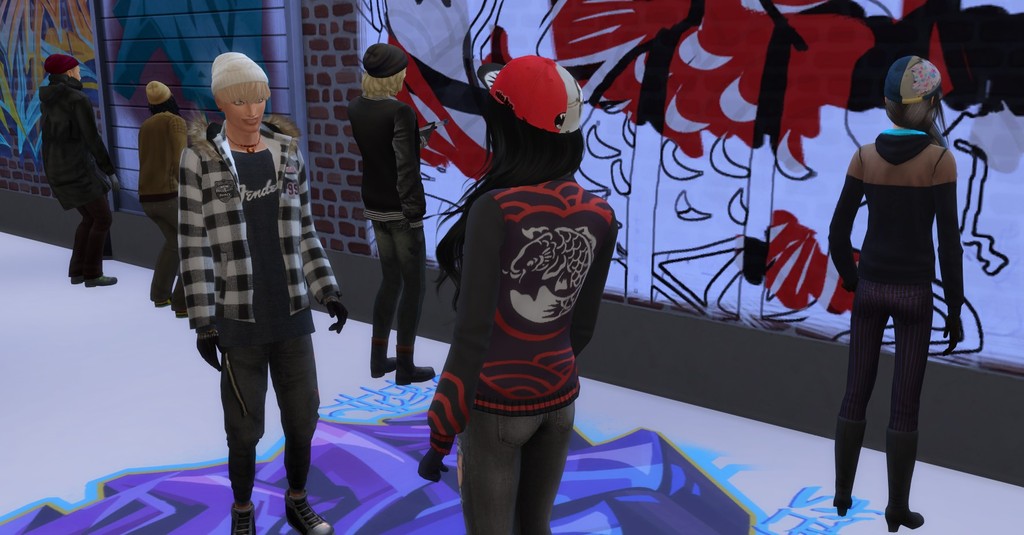 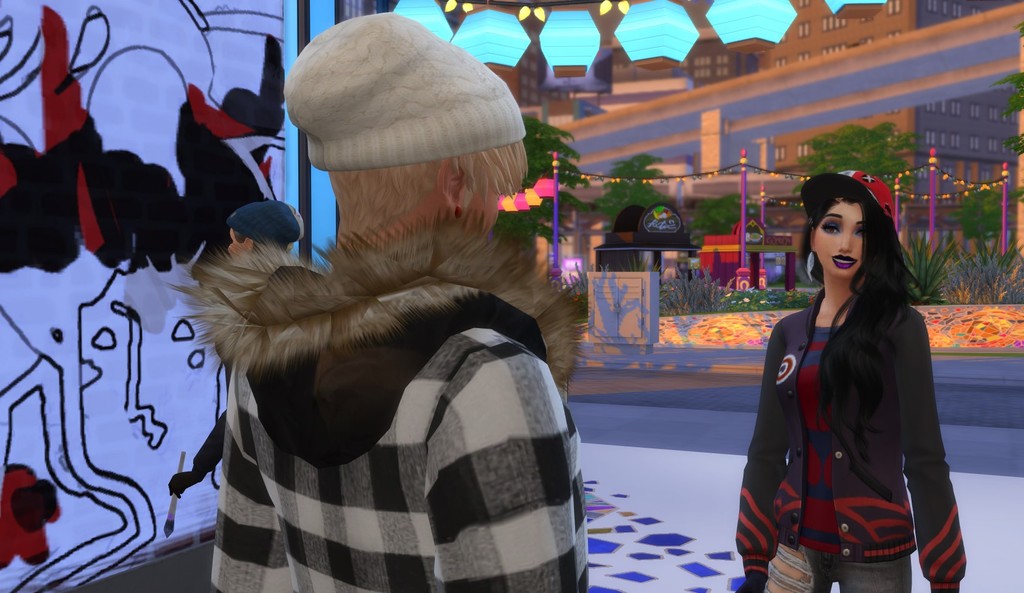 When she said that, a little tickle flickered inside. I never realized just how beautiful she was until now. She had the longest eyelashes I’d ever seen and her freckles were so adorable, I could stare at her all day. “Um...thanks. Hey, have you ever gone skating at Christmas Town in Newcrest? I’ve got tickets and no one to go with.” I’d bought them for Sandra and I, but that wasn’t happening. And Celia was cool and pretty. I figured it might be a fun thing to do.
​ 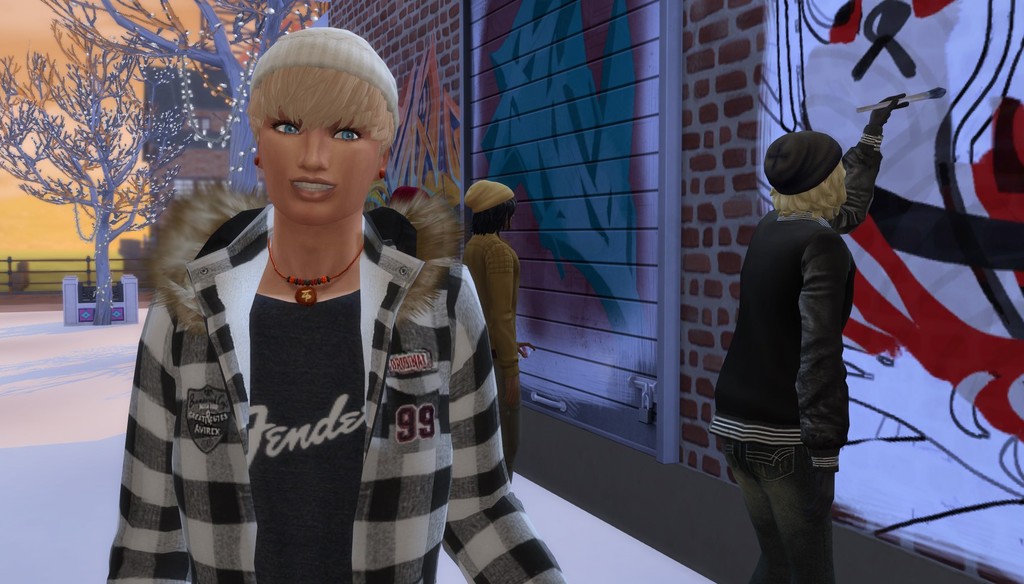 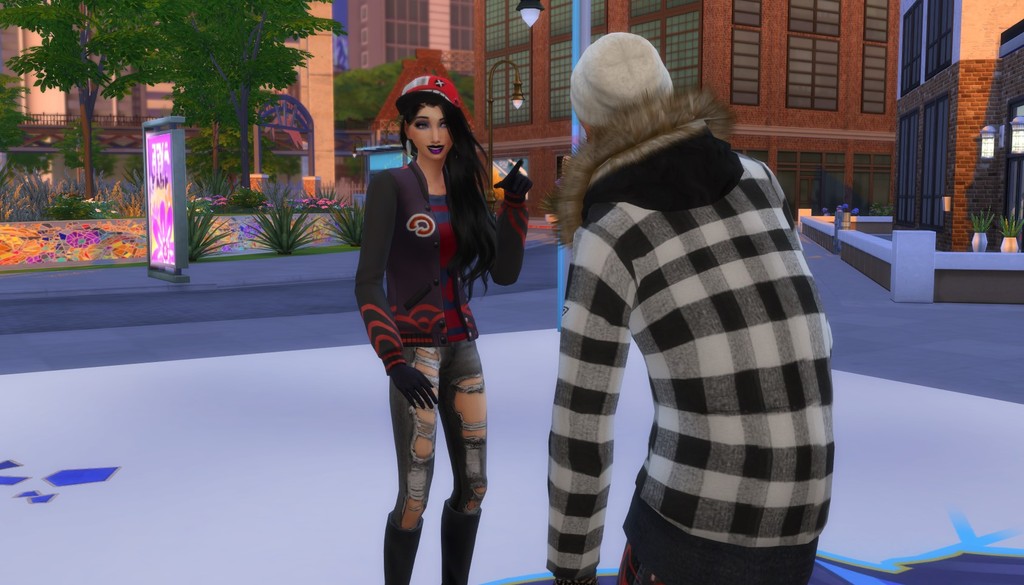 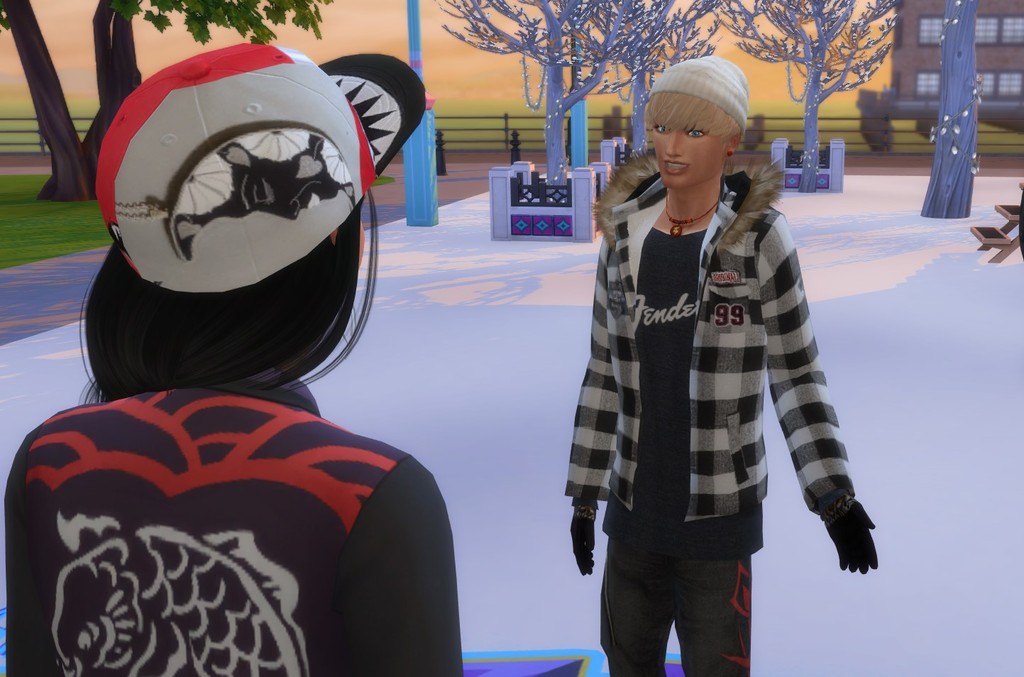 She gave me her number then said good-bye.
​ 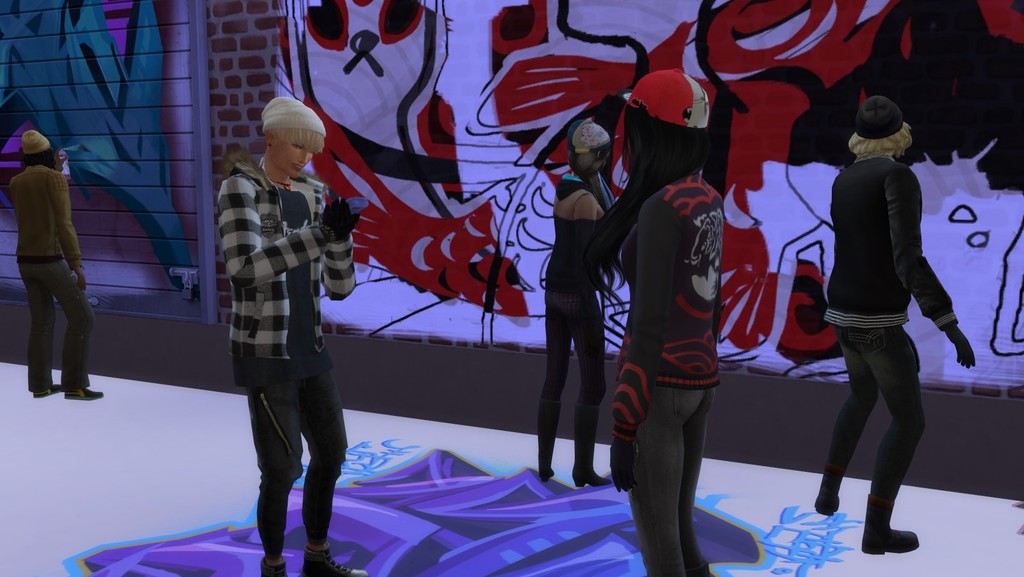 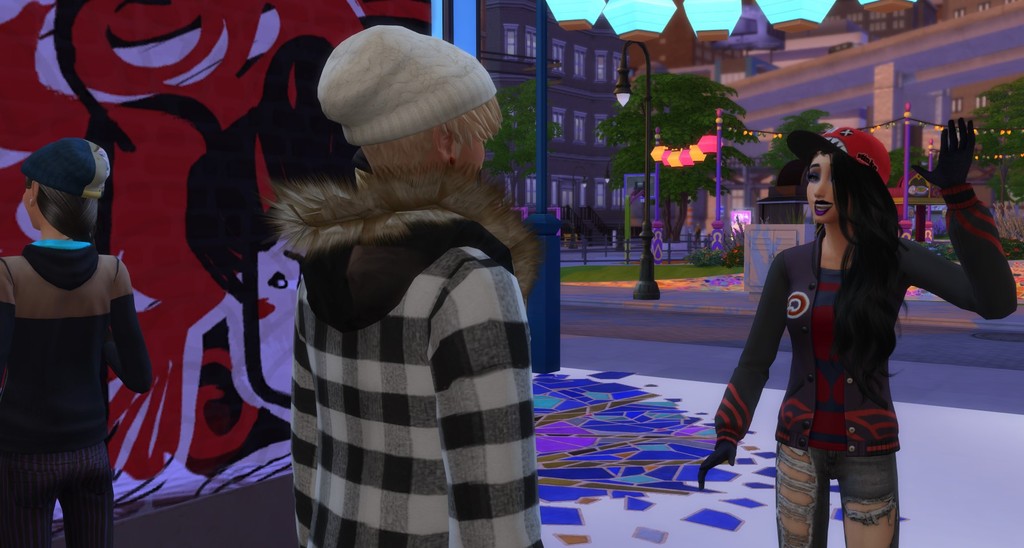 I watched her run away, sizing up her perfect curves.
​ 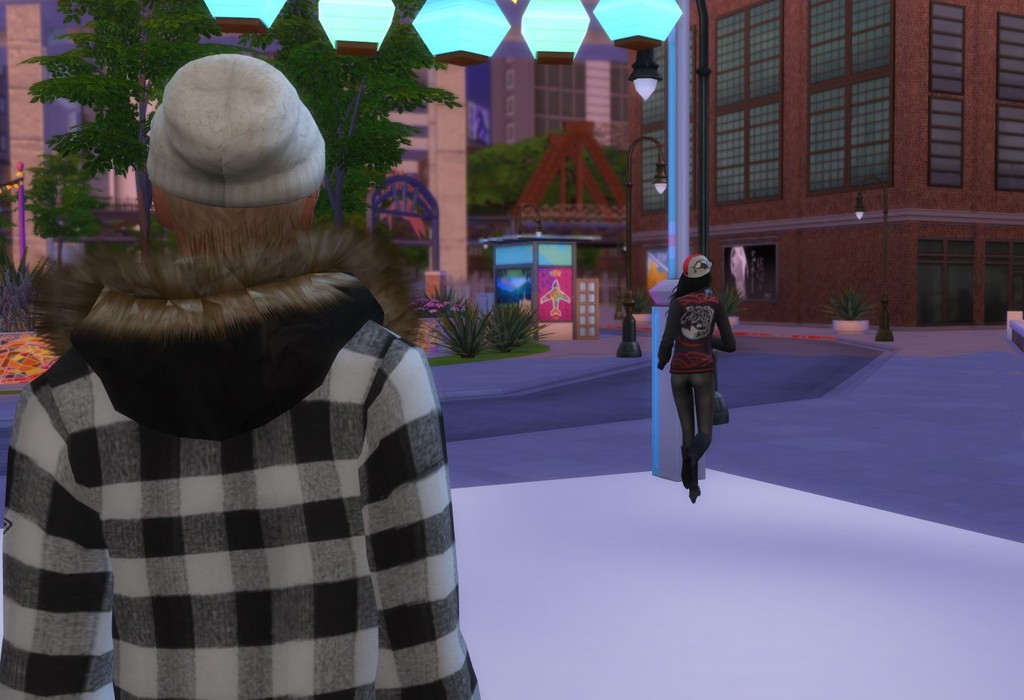 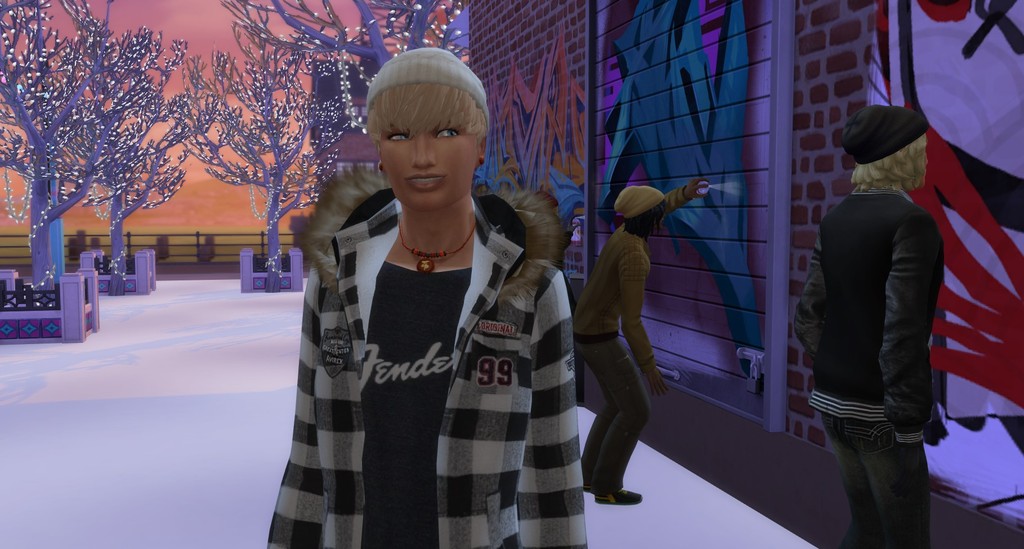