My stomach clenched in knots as the adoption agent, Mrs. Petrov, delivered the verdict. Were we going to get the chance to adopt the Watts’ baby?

“So, you see, you weren’t the only qualified parents that were in the running,” she offered, lifting a consoling hand.

I tried not to show the disappointment I felt. We already knew there were at least five couples vying for the chance, and we also knew being two men would put us at a disadvantage. But with having a wonderful, well adjusted son and set for life as far as money goes, we figured that should count for something even if the parents were biased against our lifestyle like much of the world.
​ 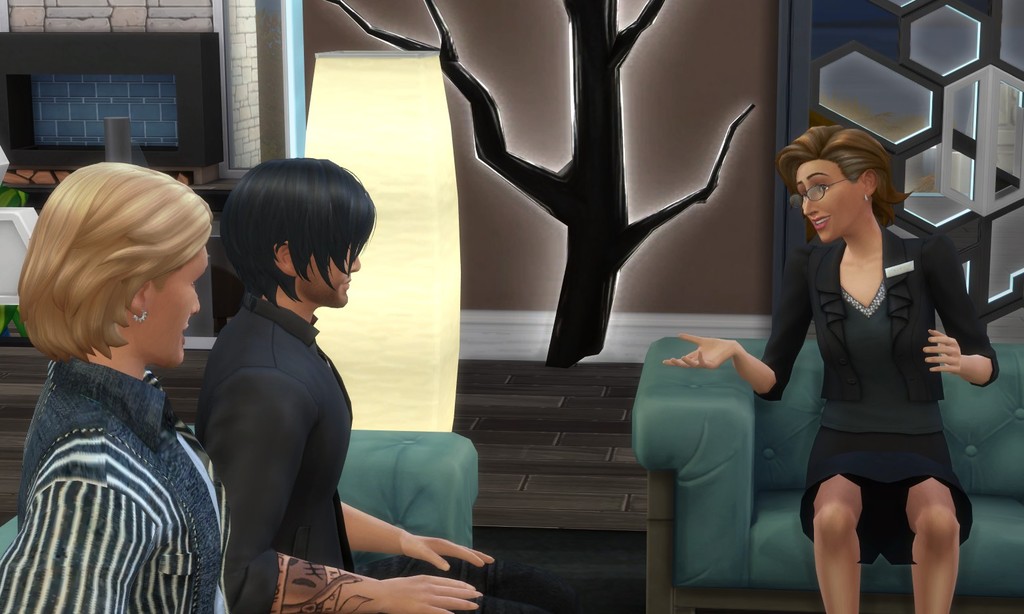 “So, they haven’t made up their minds?” I asked.

Before she could answer, Jackson jumped up from his seat and said, “Mrs. Adoption Lady? Can I tell you something?”

She smiled warily and nodded.
​ 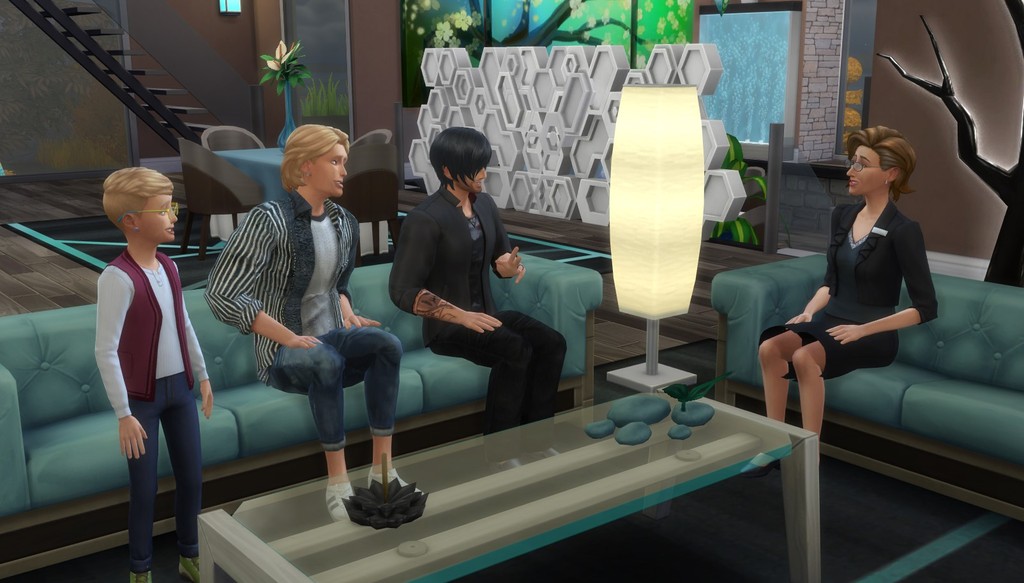 As Jackson walked over to her, I gave Alex a look. He shrugged. We had no idea what would come out of our son’s mouth. He was so innocent but he also didn’t have a filter. Usually, he’d leave us in stitches or embarrass the h*ll out of us. “Oh, God,” I muttered. Pasting on a smile, I said, “Jackson is really looking forward to having a sibling, Mrs. Petrov. I hope Mr. and Mrs. Watts have thought about that as well.”
​ 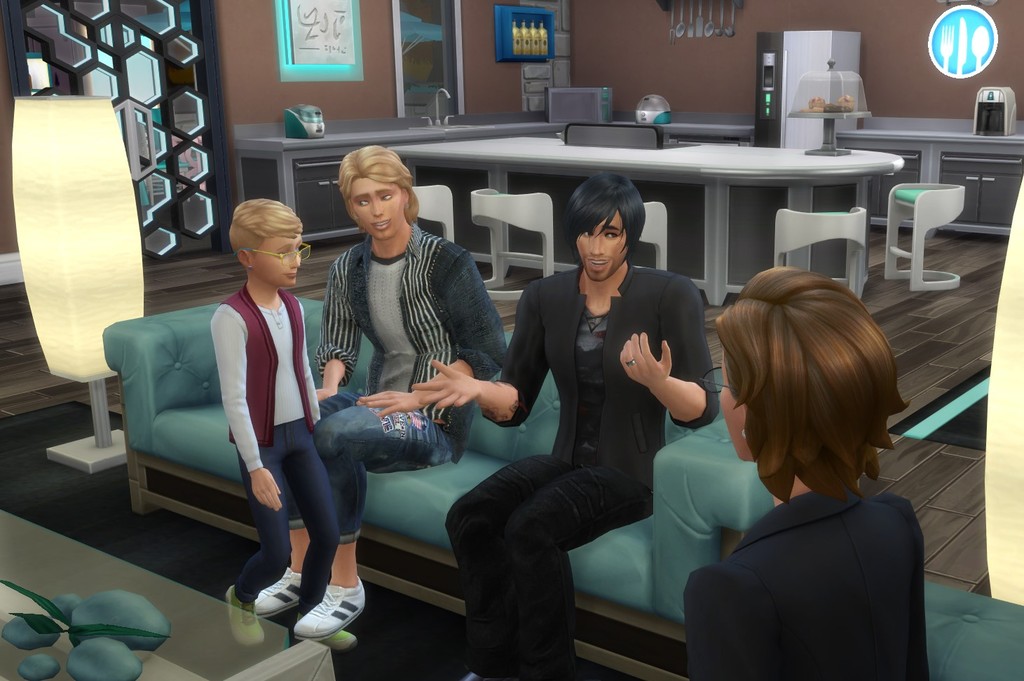 Bouncing on the couch next to her, he said, “That’s right! I’m going to be the best big brother ever. I’m going to teach my little brother how to play video games and throw baseballs and ride a bike. And we’ll have huge wrestling matches and spit wars. It’s going to be tons of fun.”

She lifted the side of her mouth. “What if the child is a girl?”
​ 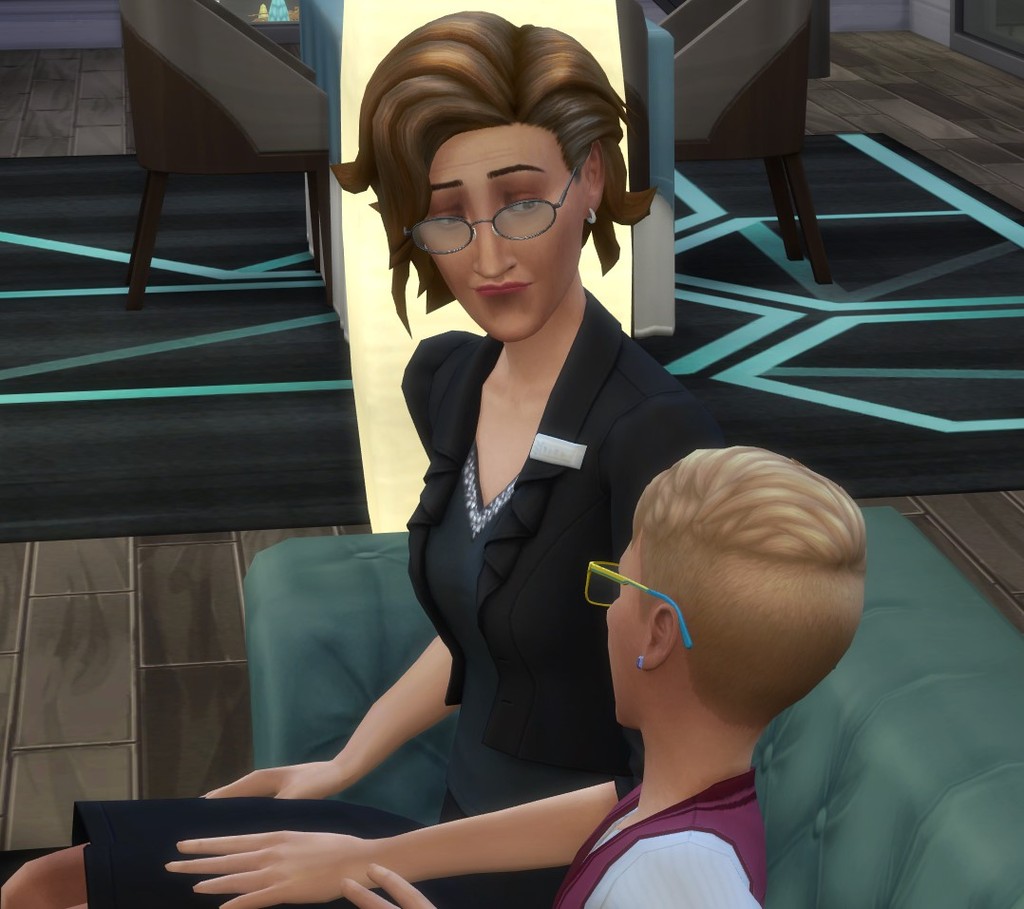 He shrugged. “Oh, well, I won’t hold that against her. Girls can spit just as good as boys.”
​ 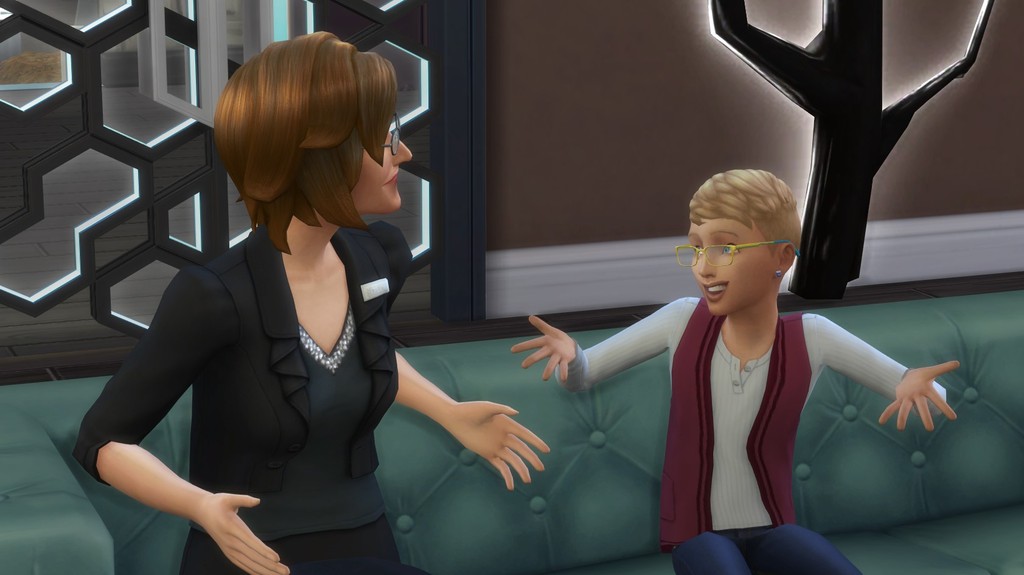 He went on, “And so to make up your mind real quick, I’ll even share all my toys and I’ll throw in my gum wad collection. I’ve been saving every piece of gum I’ve chomped since I was three. You should see it! Wanna come upstairs? It smells yummy!”
​ 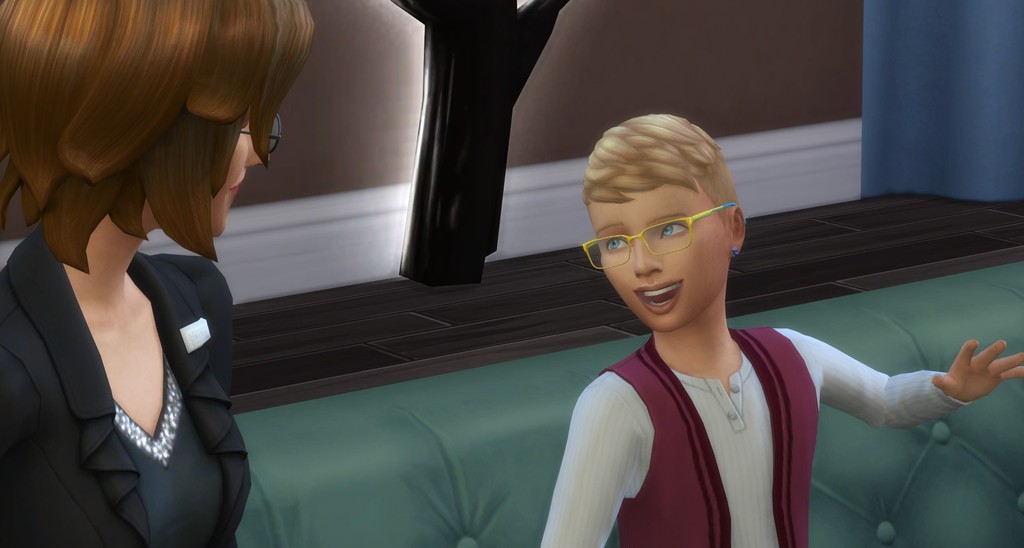 With that, he pulled her to her feet and they both ran upstairs. Well Jackson was running and Mrs. Petrov was trying hard to keep up with him--no doubt Jackson was not going to let up until that poor woman assured him he had a sibling in the bag.

“Do you think we should go up and rescue her?” I asked, wanting to watch what was taking place in his room.

Alex laughed. “Are you kidding? Jackson doesn’t need our help. I think we have a future salesman on our hands.”
​ 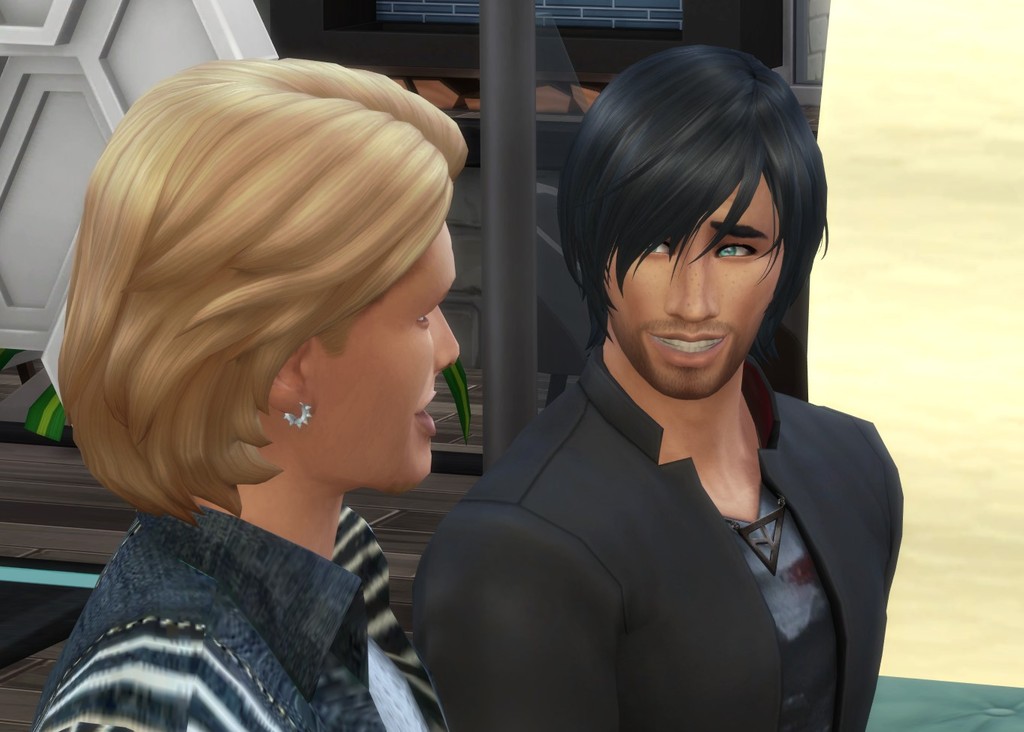 After about thirty minutes, I went up to save poor Mrs. Petrov. She was playing Voidcritters and doing a pretty good job of it.

Once we walked down the stairs, she shared with us that what she’d wanted to tell us all along was that we’d actually been chosen by the Watts, but Jackson was so charming, she just needed to see what he had up his sleeve.

Saying good-bye and closing the door, I felt the edges of my eyes tear as I hugged my husband in a tight embrace.

Alex whispered, “It’s going to happen, baby. We’re going to have another child!” 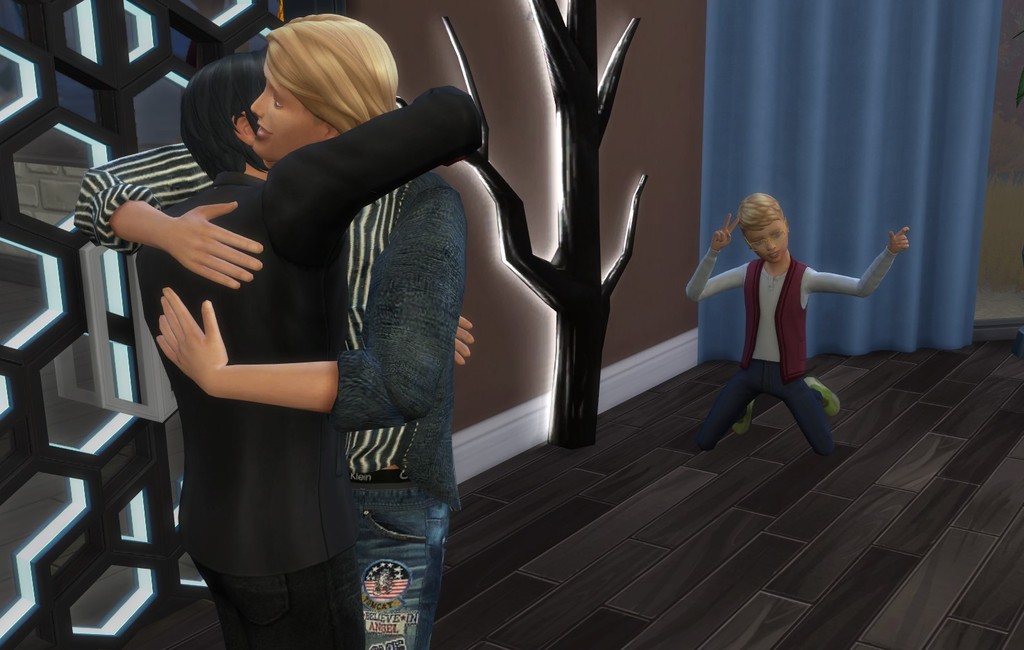 Nudging in between us, Jackson said, “Hey, you guys, what about me? I’m the one who convinced her.”
​ 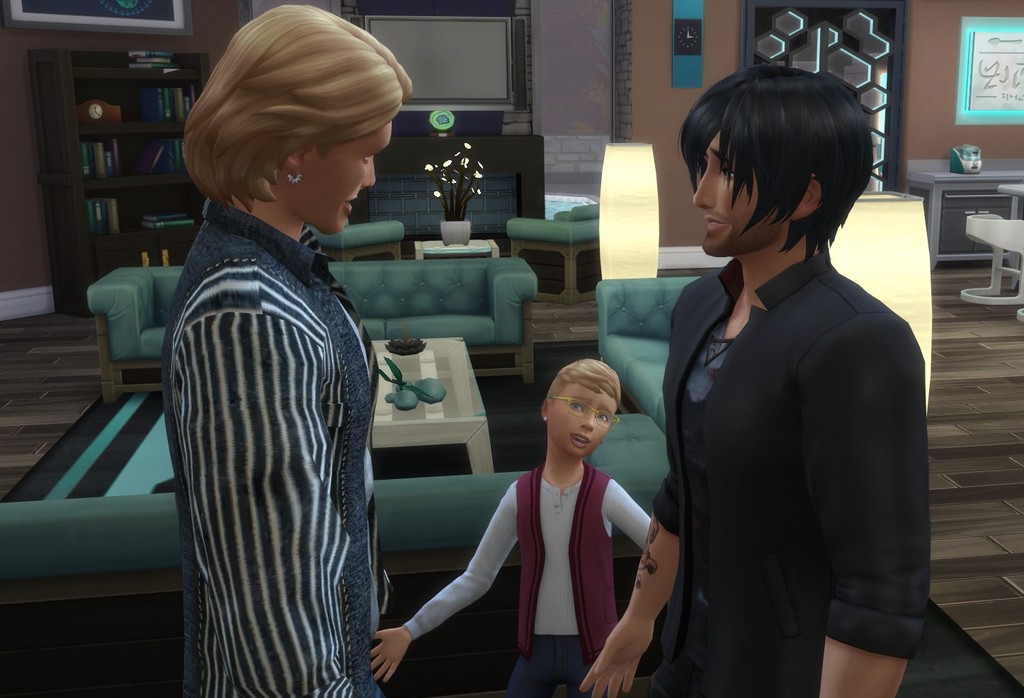 We both knelt down, hugging and kissing him.
​ 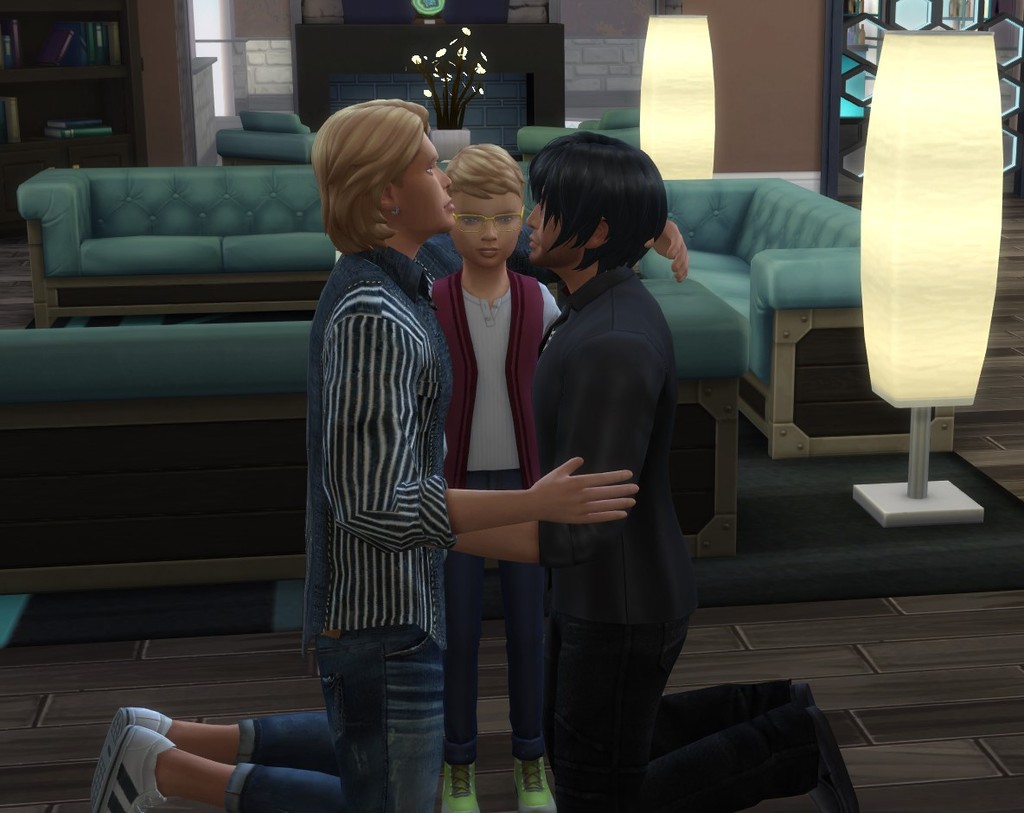 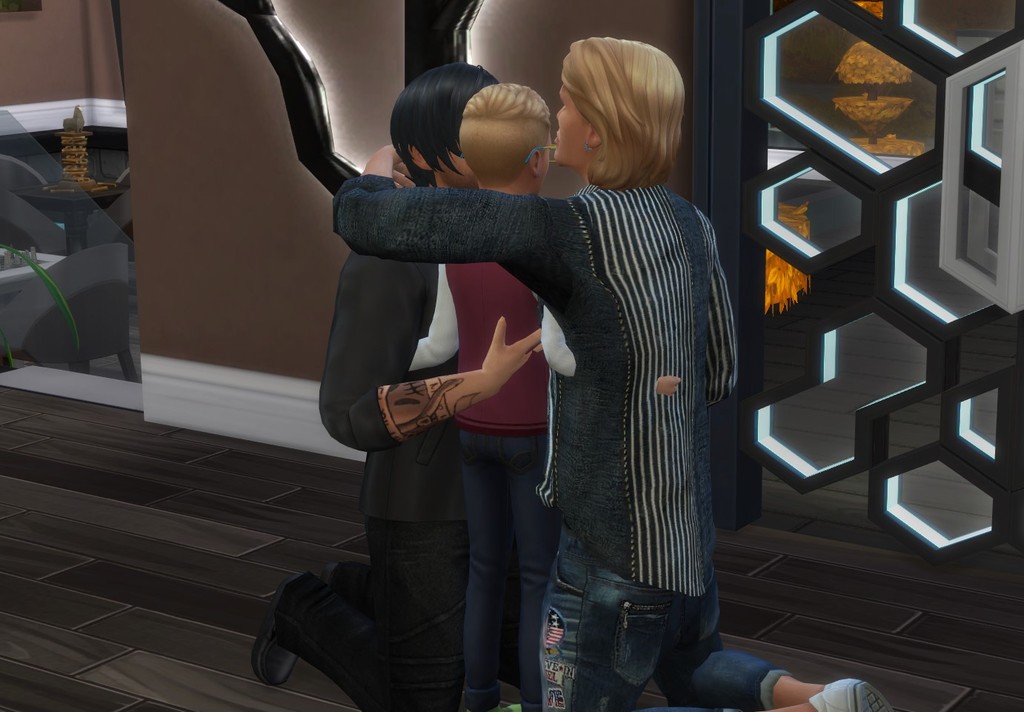 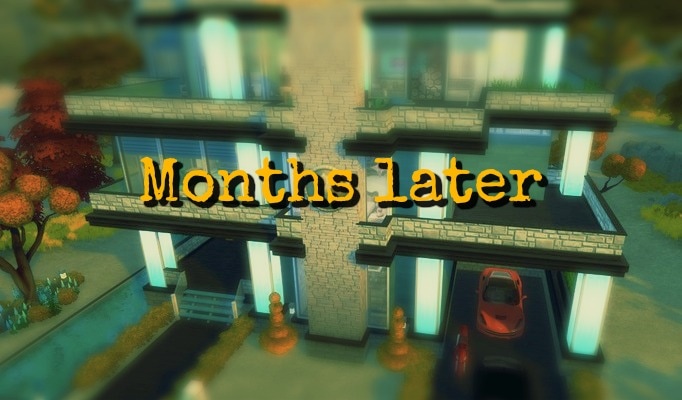 We had been on pins and needles around here, waiting on word from the adoption agency. Our little one was about to be born any minute.

Working on my newest story, a children’s book, I ran my fingers through my hair in frustration. All I could think about was if we were really ready for the baby. We hadn’t had a little one around in eight years, and I’d gotten set in my ways since Jackson had gone to school. But I missed all the fun things about having a baby around. The anticipation was killing me.

Suddenly, I noticed an email pop into my inbox with a familiar name— baileywatts_23@simmail.com

Could this be from the birth mother? I didn’t think they wanted any contact with us. That’s what Mrs. Petrov had said.

Hovering my mouse over the email, I finally clicked the box.

Mrs. Petrov said it would be okay if I wrote to you. I wanted to tell you how happy Keian and I are to have you as our child’s parents. We know this is the right thing to do, and Mrs. Petrov told us how wonderful your home is and what great parents you already are to your son, Jackson.

I wanted to share a bit about us and give you some pictures so you can tell your new child about us someday. We don’t want to be in their life, but we do want them to have some connection and closure about where they came from.

Here is a picture of when I told Keian about my pregnancy. I had my friend take it, thinking he’d be happy but he wasn’t. And I felt I needed to show you this, at least, so you can feel good about taking over the parenting. Keian and I have jobs that really aren’t conducive to being good role models and parents, and he was right when he told me we just weren’t at the stage to do it well.
​ 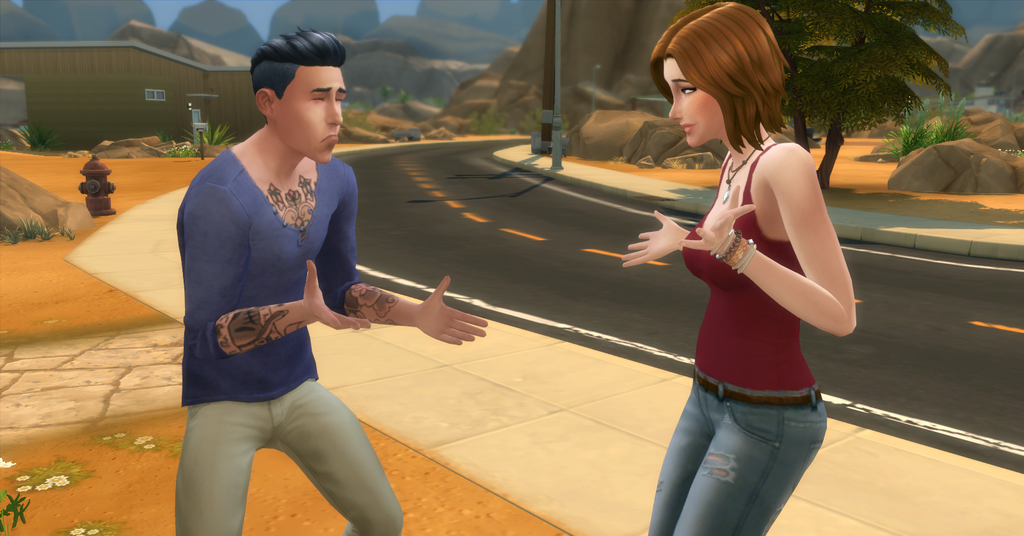 And since you haven’t heard what the sex of the baby is, I’ll give you this hint:
​ 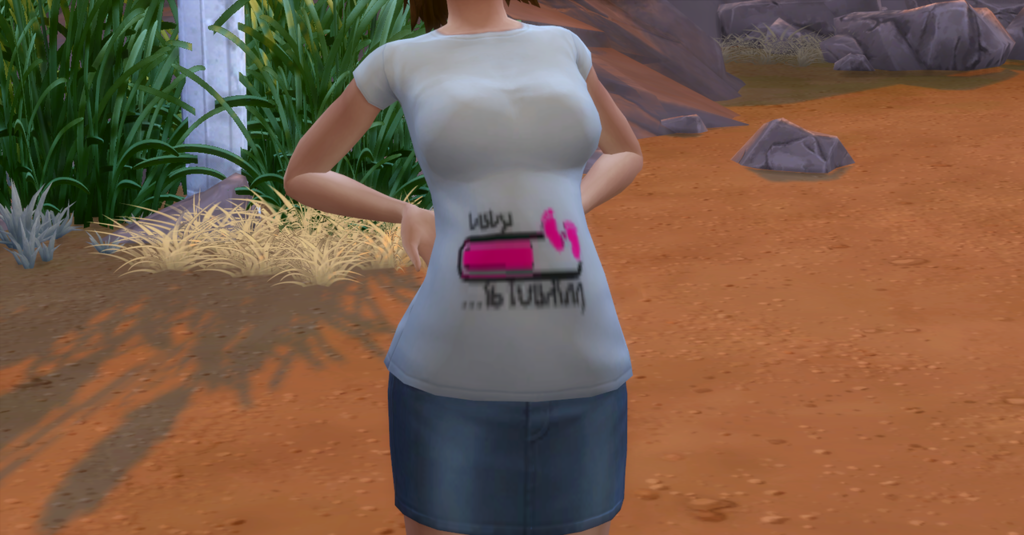 Yes...you are the parents of a baby girl. Her name is Dakota. ☺

Throughout my pregnancy, Keian was very attentive. It’s not like we don’t love our daughter, but we know you will give her much more than we ever could.
​ 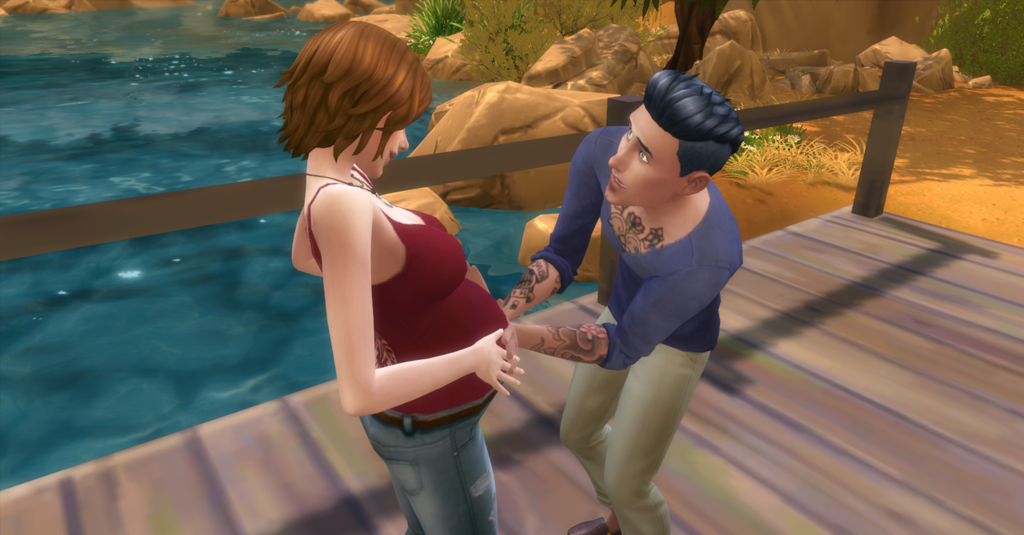 It seemed like torture, I’d been waiting so long—I was two weeks late as you well know, you’ve been waiting right along with us. Anyways, finally, it happened last night. My contractions came on hard and fast.
​ 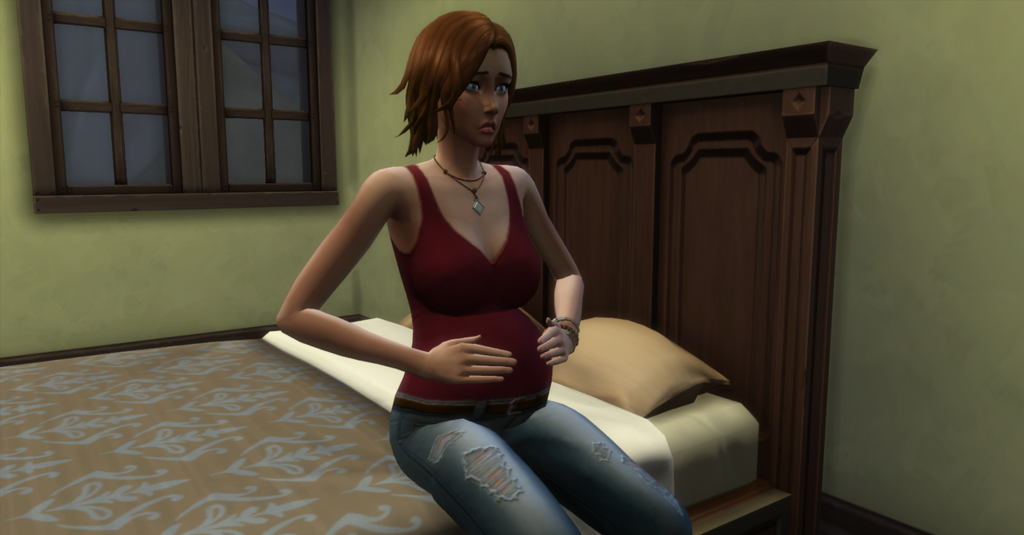 I’m writing to you from the hospital. Dakota is here!
​ 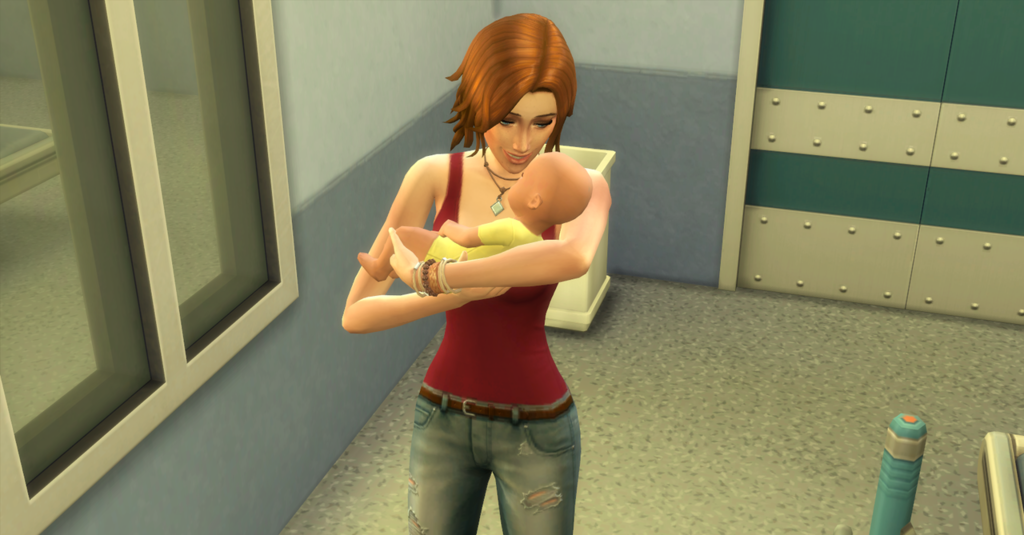 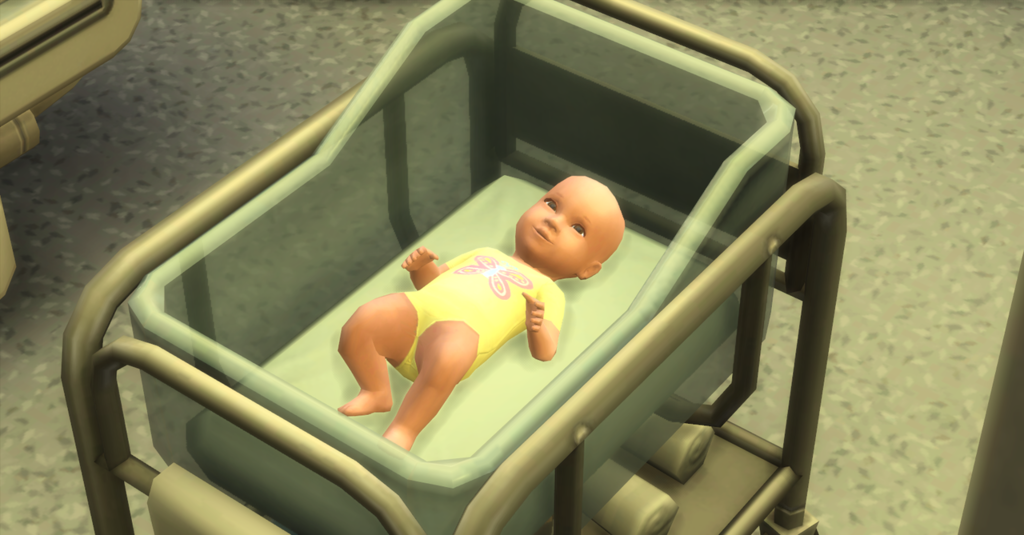 And she wants her wonderful fathers and new brother to come and meet her. Mrs. Petrov will meet you at the hospital so you can sign some forms and take her home.

With much love and joy,

Heart jumping out of my chest, I shouted, “Knight! Jackson! The baby is here!”

Pops had told me that there was a special connection between fathers and daughters. I didn’t believe him. Jackson was the most amazing person in the world, so how could I feel any different about a girl?

It’s not that I love Dakota more...of course not...but I have such a heartfelt sense of awe when I’m around her. I’ve never seen an angel before, but when I look into her face, I know that’s exactly what one would look like. The Maker sent us an angel and I’m so thankful for her. She completes our little family.
​ 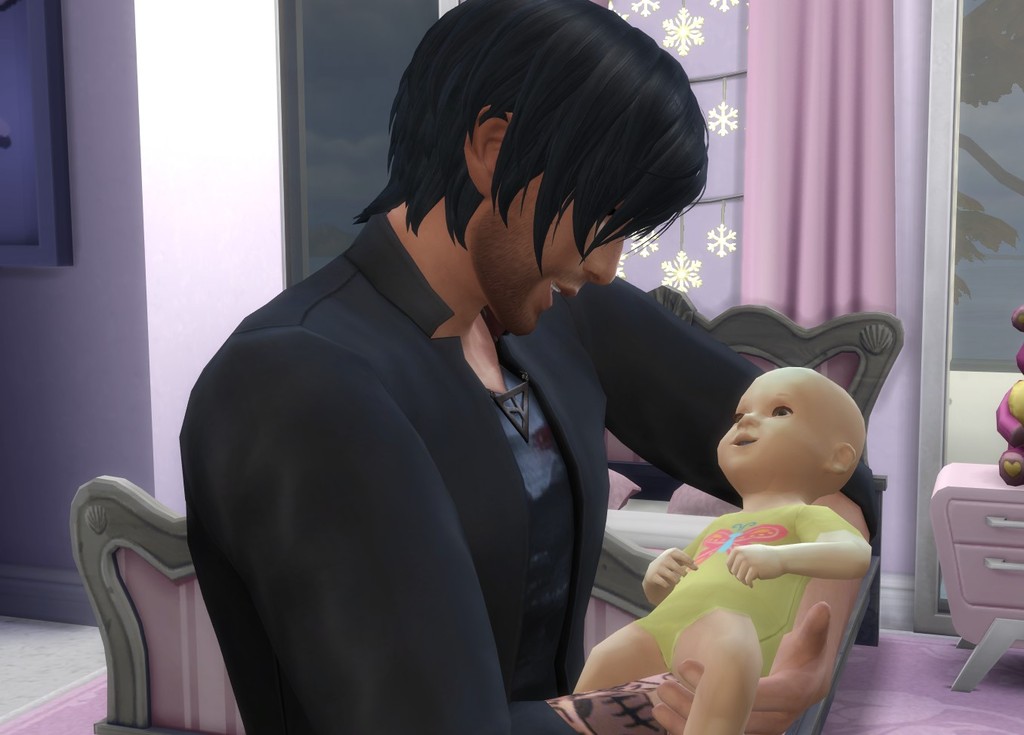 ​Quickly, we fell into a good routine. Jackson was a great help, always wanting to change her diapers or give her a bottle. And he didn’t mind when she would cry—never complained once about doing extra chores to clean out her diaper bin.

And at night, we’d usually read Jackson a bedtime story, but all of us were extra exhausted since she woke up several times at night.

As Alex read his latest children’s book, once again, we heard the familiar wail from Dakota’s room.
​ 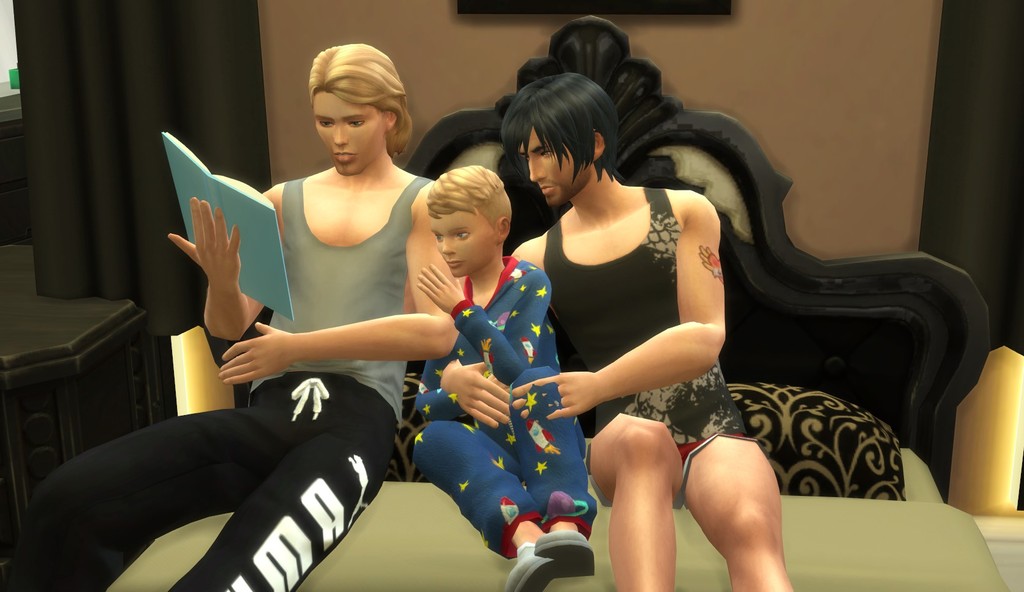 “Want me to get her?” I asked Alex. It was Saturday the next day and I wanted to give him a break at the nighttime feedings since I didn’t have to get up early in the morning.

And as Alex finished the book, we all drifted off to sleep.
​ 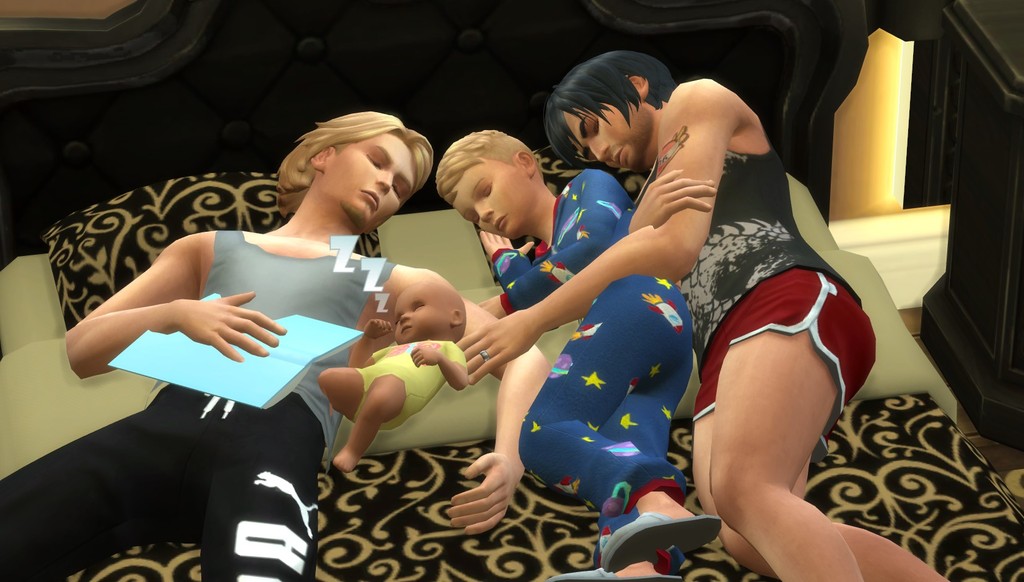 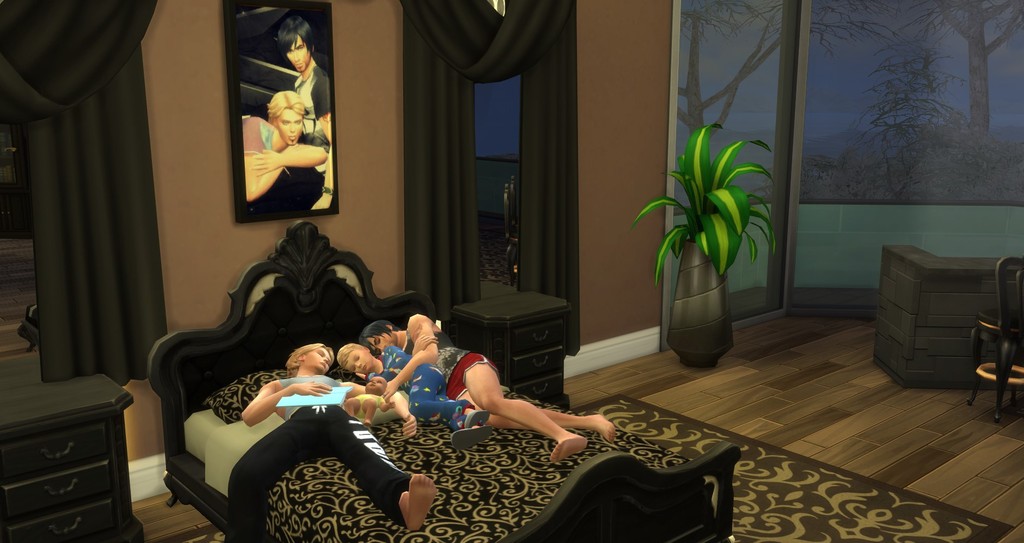 Author's note:  I want to give a huge shoutout and THANK YOU to nbgangelova for allowing Alex and Knight the privilege of adopting Dakota. They were up against many wonderful couples and they feel so blessed at being allowed to have her in their life. She's a special, BEAUTIFUL girl. Jackson is thrilled, too.
Powered by