Guys weekend was just the thing I needed to take my mind off worrying about Etoile. Ever since our talk, she'd pulled back from me. She wasn't her usual chatty, bright self either. It was like I'd unearthed a monster that was too big to capture and put underground again. And I felt helplessly guilty for that.

After filling our glasses from a keg, Beau toasted, "Here's to our rich ass friend, Wilder Roberts, who's always a wonderful supplier of our fun."
​ 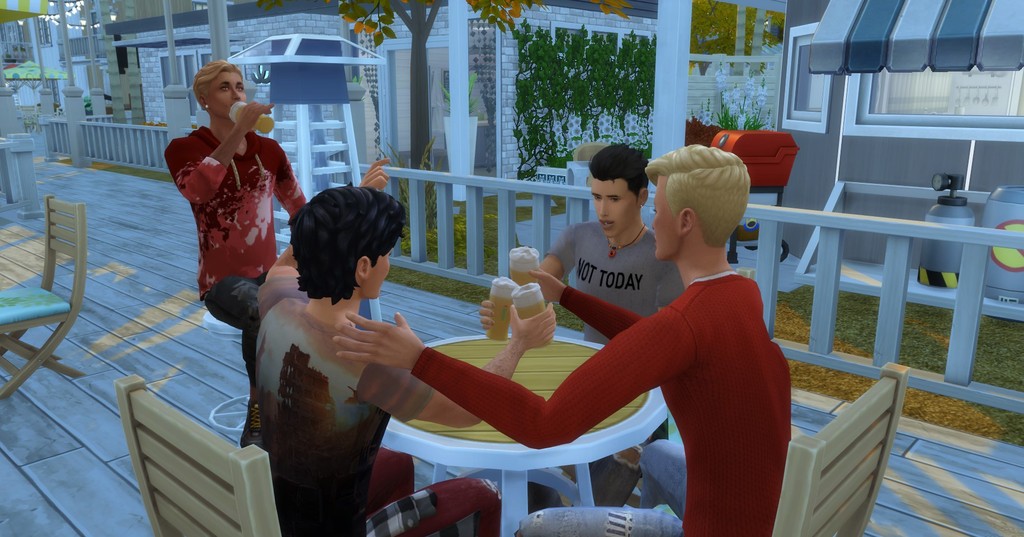 "Amen to that," Ethan whooped. 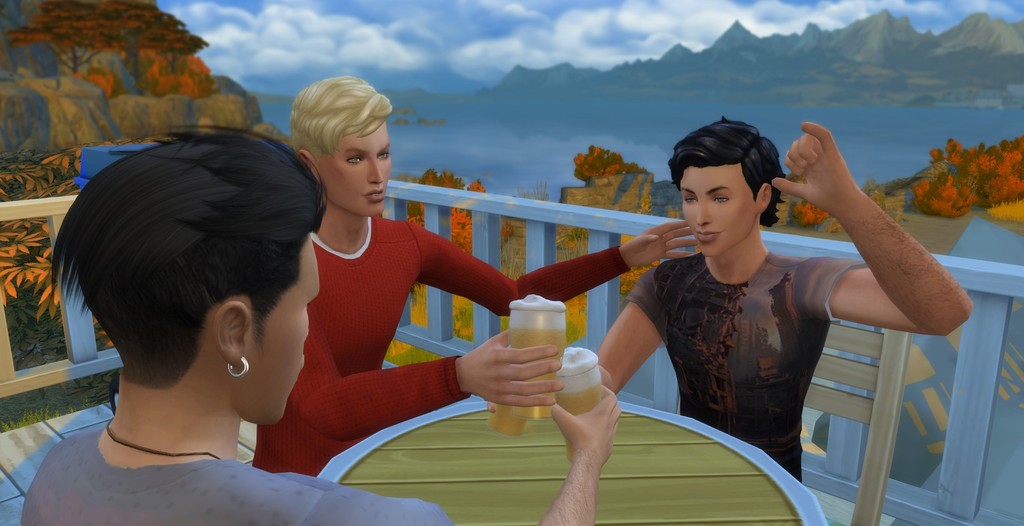 "When's the man of the hour going to get here?" I asked. I hadn't seen Wilder since that party months ago. I really wanted to get to know him better. He seemed really cool.
​ 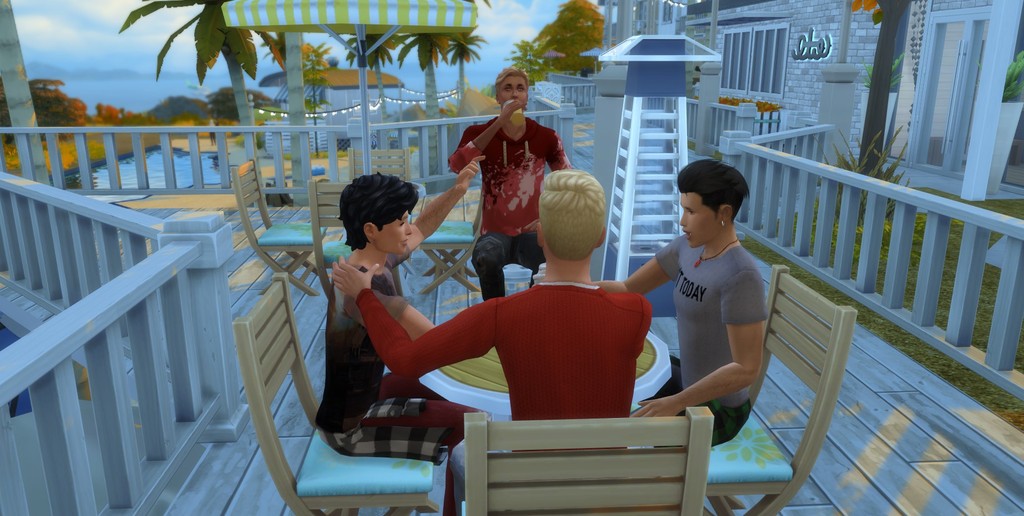 Ethan scratched his chin. "Not sure, bro. He's got to work today, but I think he'll be here tomorrow morning."

We drank a round of beers then got up to stretch our legs. Chase filled our glasses up again. We all walked over on the new deck, and I breathed in the salty sea air, listening to the caws of the seagulls. Ethan, Chase, and their friend, Manuel, circled around, chatting about the latest football games.

And then I saw something that made my stomach knot. "Hey, does that look like Amber on that boat over there?"
​
"Where, dude?" Beau asked.
​

On this huge, 50 foot blue yacht, I noticed a red headed girl who wore her hair in a sidebun, walking on the deck. "Right there. See?" 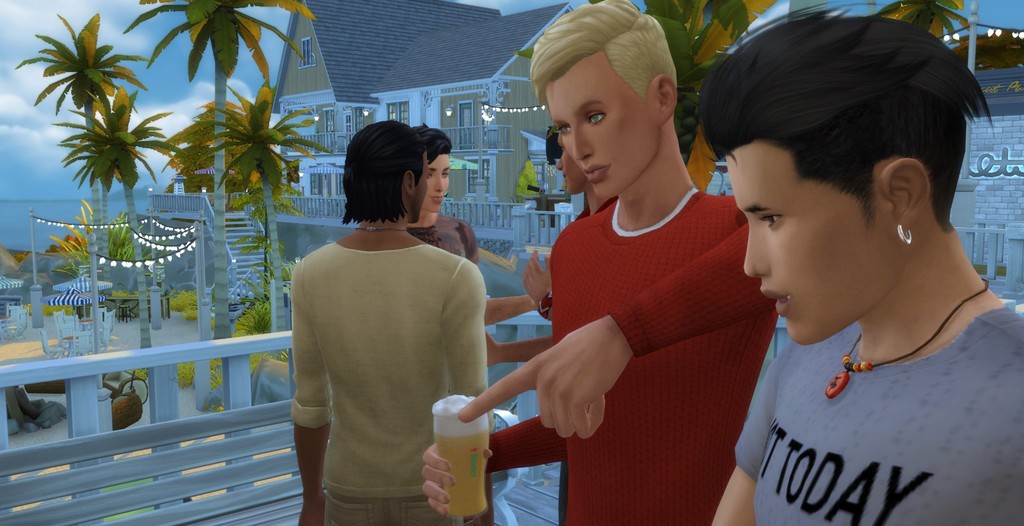 "Fuck," I groaned, wincing and hitting my head. "I do not want to deal with her shit today."

"Look, dude, we'll just tell her this party is guys only. So don't freak out."
​ 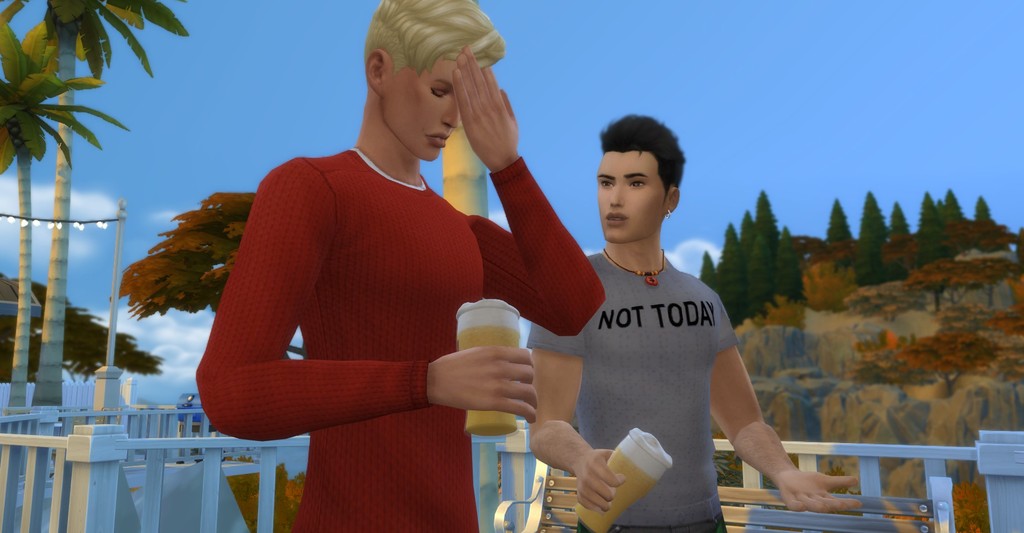 I shook my head and drained my beer, feeling its affects numb me a bit. Thankfully, the yacht sailed away from us. I sighed, draping my arm over Beau's shoulder. "Crisis averted, it looks like. Maybe she was spying on us." 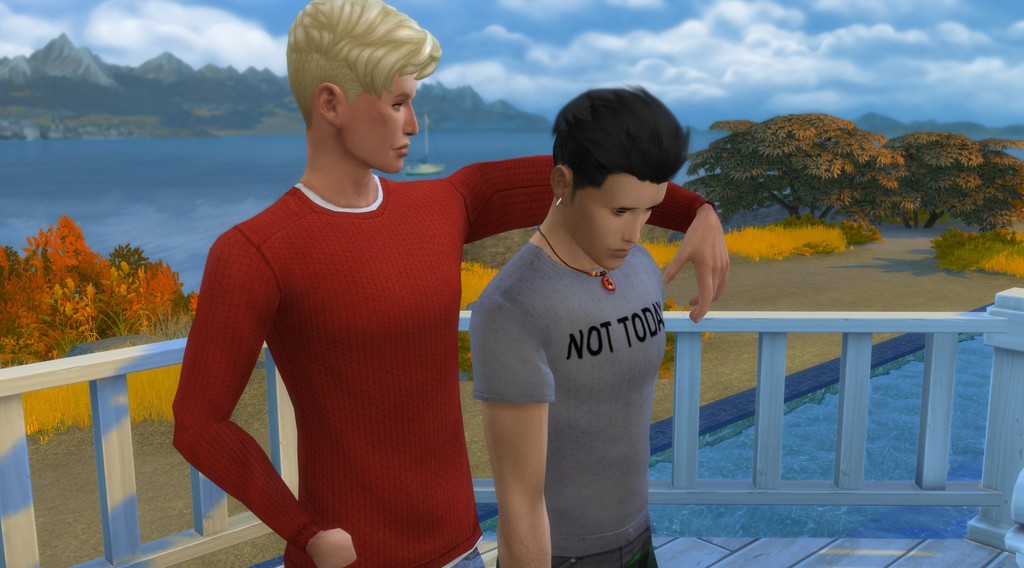 "I don't know...I guess I'm just missing Ashton. This is his parent's place after all."

It'd been months since they broke it off but he'd never said anything like this to me. I thought he was over it. Maybe I'd been too busy with Etoile to notice. 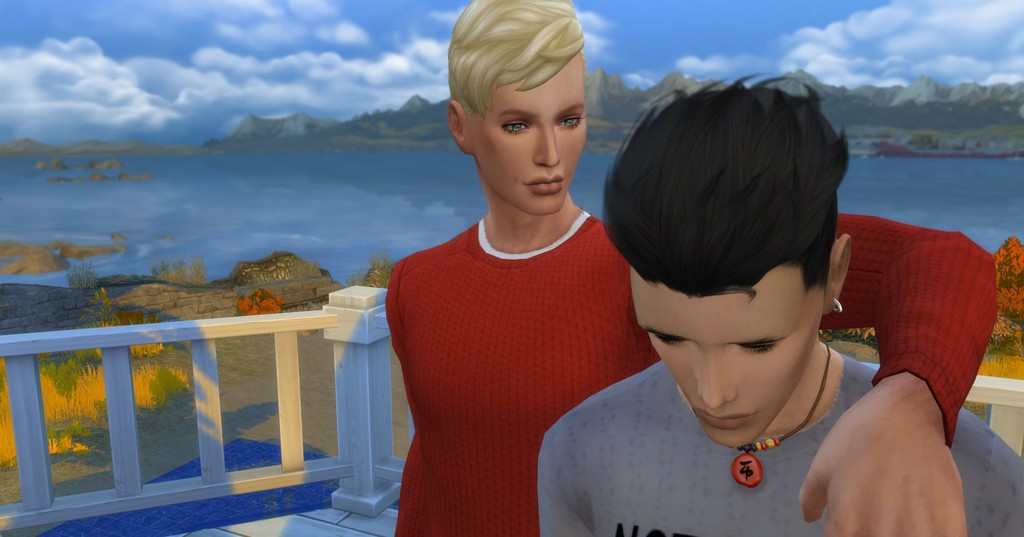 I pulled him toward me and brushed my knuckles on top of his head. "Hey...he wouldn't be welcome anyway. No girlfriends OR boyfriends. You two would be making out and it would cast a strange vibe. No way."

We clopped down the wooden steps toward the bonfire area. "And besides," I went on, "he was such a jerk to you. Why do you miss him?"

Shrugging, he said, "He wasn't always a jerk. Sometimes he could be really sweet. But you're right. It's not time to think about him. God, I thought I was over him. I guess seeing Amber on that yacht made me think of the time we had on his parent's yacht last summer. That thing was enormous, though. Definitely should hint at Wilder when he comes tomorrow that he should have a party on it. Totally would be up for that."

I smiled. "You and me both. That's something my parents have never been into is sailing."
​ 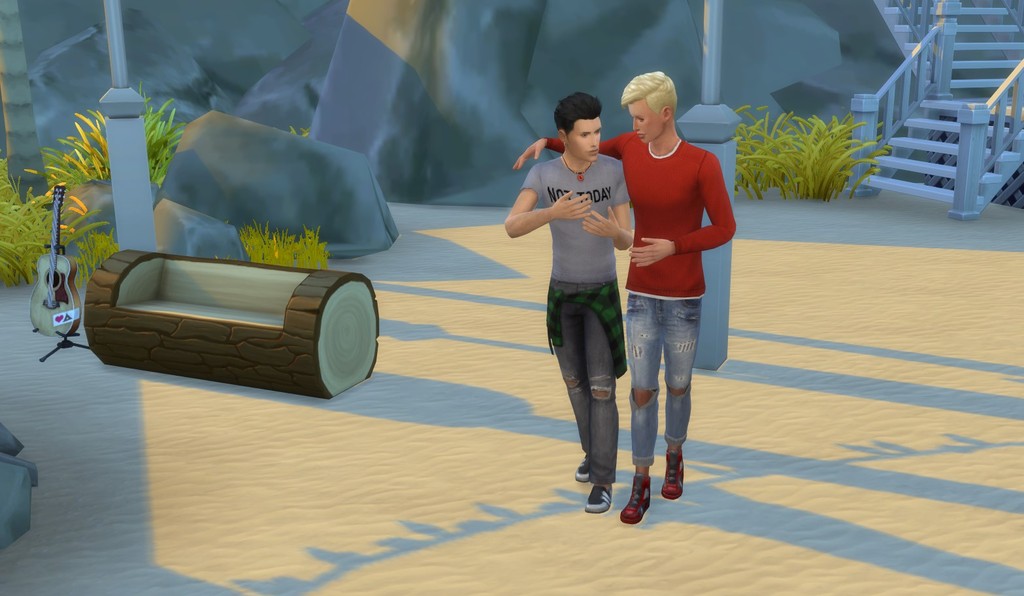 Then I thought about Amber earlier. "So...you really think that was Amber on the boat? Is she rich or something?"

"I think so. Her parents own some restaurants in town. That's all I know. We're not that close. She hangs around Etoile nonstop and Ethan knows her."

​I couldn't believe I was even interested in knowing more about that witch. I decided to change the subject. "So, have you thought more on what we talked about? You're going to sign up for S. M. University, right?" I missed the city so badly. Although I really loved living near the ocean, the big city lights and hurried pace was home to me. It's where I grew up. I was never going to settle down here once I graduated.

"Yeah...already applied, dude. And you were right. I qualify for financial aid, so it's all good. You're stuck with me as a roommate." 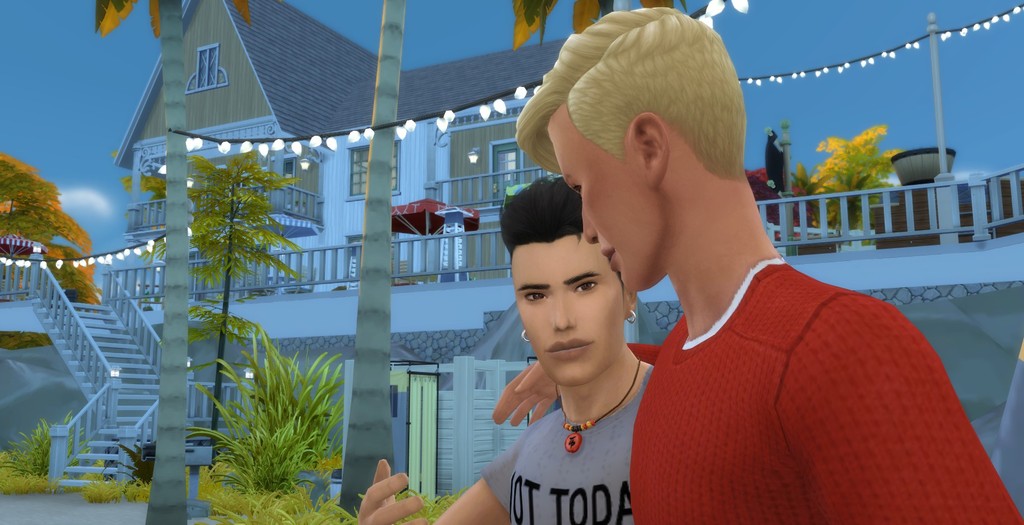 High fiving him, I said, "Alright! Why didn't you tell me sooner, you dick?" I laughed.

He shrugged and said, "Forgot. And now I'm not sure I want to room with you if you're going to call me a dick."

I hated lying to August about Ashton. I actually wasn't missing him. I just wanted to get August's attention. I missed being with him by myself. Ever since he'd started hanging out with all my friends, he'd call them up and do stuff with them without me. I was always working or playing football and by the time I got out of practice, it was time for homework then I'd pass out. But I got off work all this weekend, and it sucked I had to share his time. Plus, Ethan was pissing me off. He was getting so close to August, it was making me freaking jealous. They hung out a lot after school and on most weekends. And it felt as if I was losing August just after I'd found him again.

But I had to hide these stupid feelings. They weren't doing me any good. August was my best friend, I kept telling myself. I was rooming with him next year, too. What more could I want? God, I had to stop pining away for him.

I seriously needed a new boyfriend.
​ 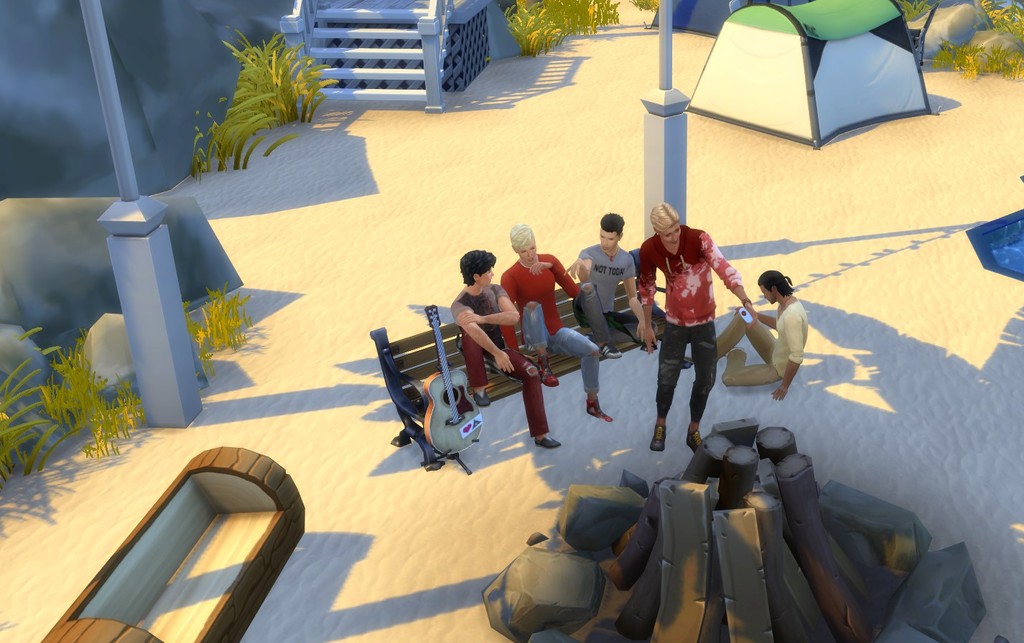 "I don't believe you," Ethan said, challenging me after all of us decided to grill hotdogs by the fire.

"Dude, I'm freaking serious. Ashton said he saw a little girl's ghost at the top of the lighthouse last year. We should go check it out tonight."

August laughed. "No way, Beau. You're not getting me near a haunted lighthouse at night." 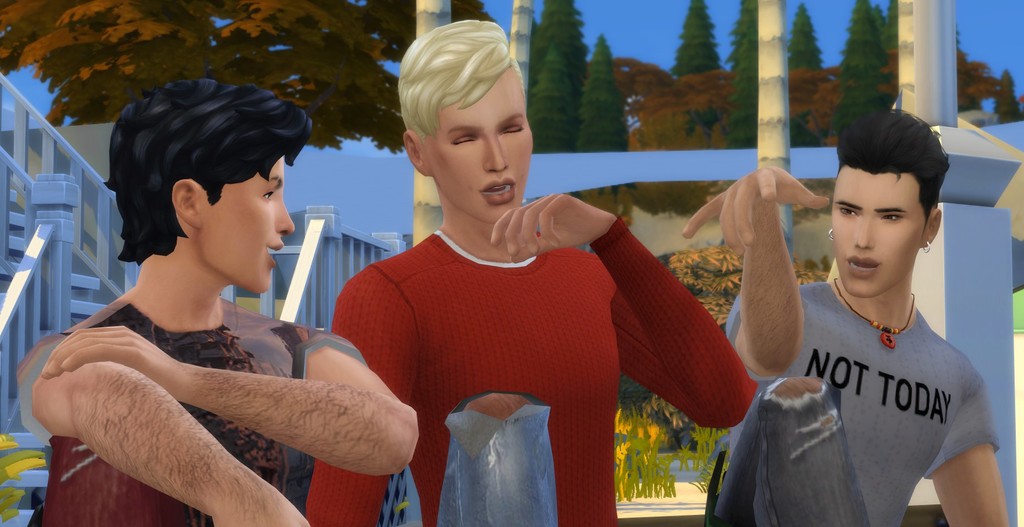 "Yeah," Ethan said, laying back and resting his head on August's legs. Watching that made something sharp twist inside me. I pulled my knees up, feeling like an outsider for some reason. "We don't need to get freaked out," Ethan said, "It's time to relax."

"Both of you are a bunch of wusses," I said, wanting to jerk Ethan off August's legs and toss him on the ground.

"Damn, August," Ethan gasped. "What the fuck? I thought I told you no girlfriends on bro weekend."

"Shit," August murmured under his breath.
​ 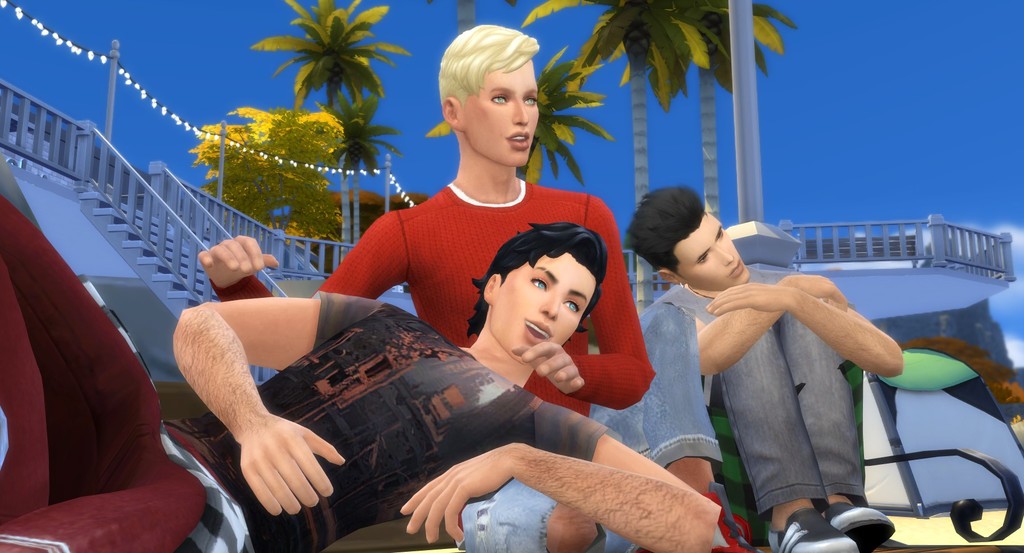 Etoile and Amber sidled up to our bonfire. Forget getting jealous over Ethan. Now I had to worry about Etoile gobbling up August's attention.
​ 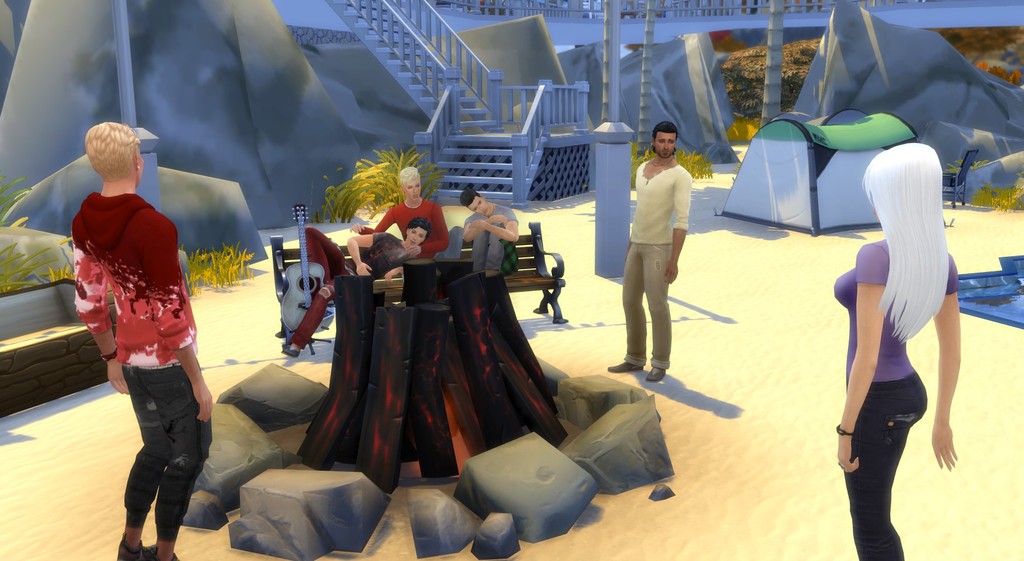 I couldn't freaking believe it! I'd told Etoile this was a guy's weekend. And after she'd been cold to me, you'd think she would have listened. My cheeks burned with embarrassment.

Chase laughed and teased. "Looks like someone's got you on a short leash, August." 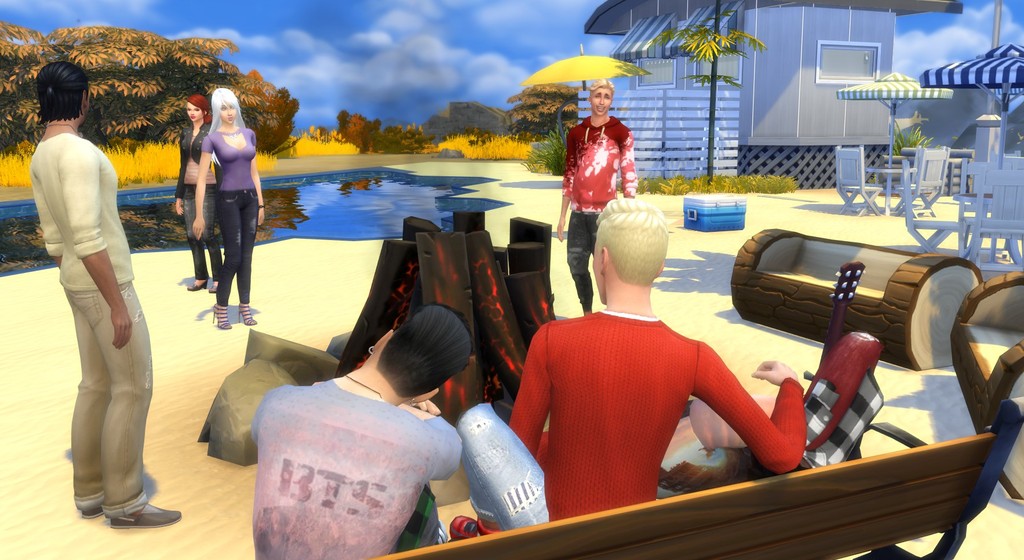 Not answering, I wasn't going to have it out with her in front of the guys. I was already embarrassed enough with her showing up.
​ 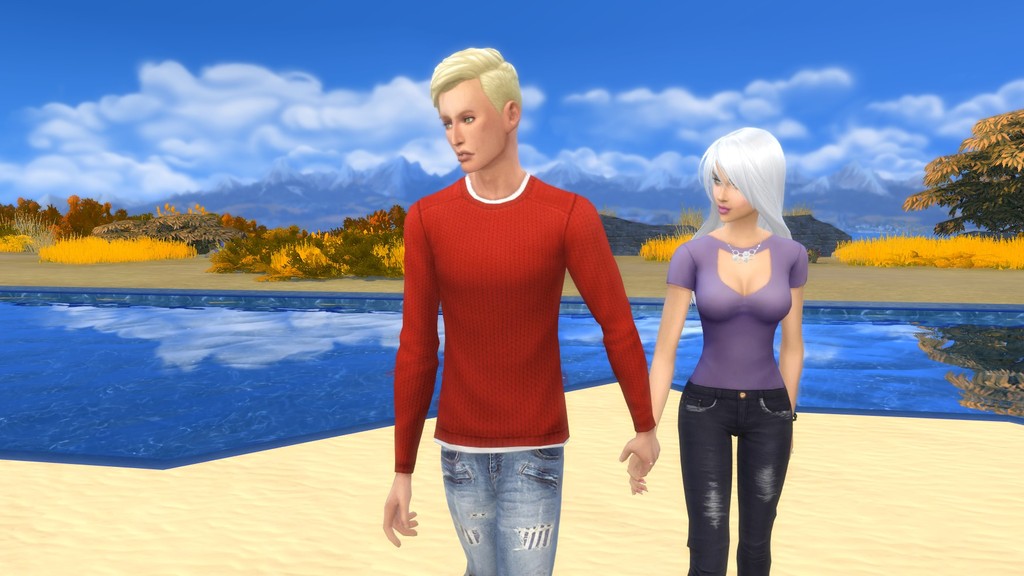 Once we found a bench away from them, I said, "What the hell, Etoile? I told you I was hanging with the guys. Didn't you understand that?" 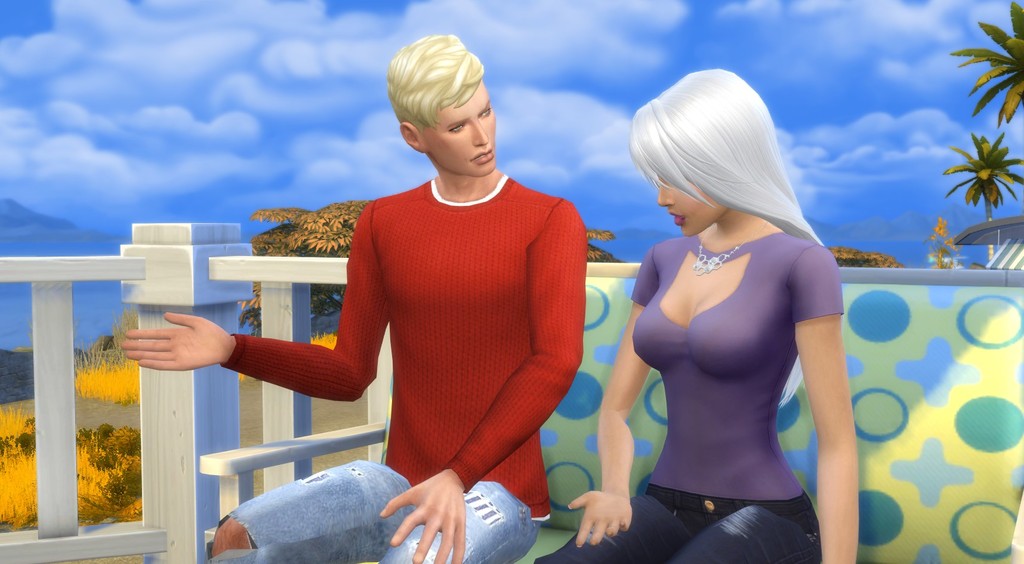 She shrugged, looking sad. "I thought you'd like to at least say hi to me. It's not like I was going to stay. Amber and I were taking a ride on her parents' boat and we saw you, so..."

"So, you should have texted me so I could have warned the guys. You made me look like an ass." 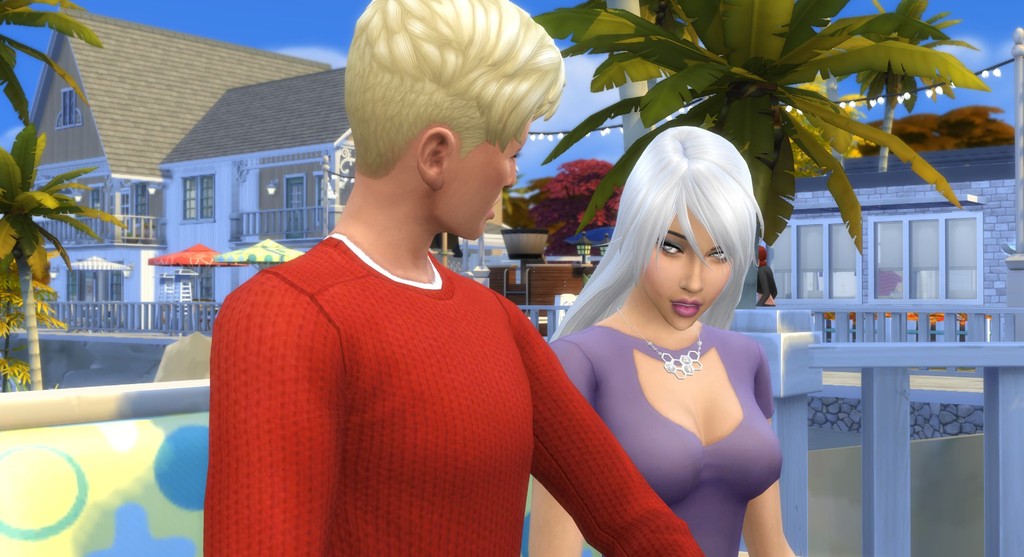 She shot up to her feet and turned to leave.
​
Feeling like a dick, I pulled her back as she sat on the arm of the bench. "No, don't go...I'm sorry. It's just...damn...I shouldn't let the guys make me feel bad about seeing you here. I am glad." I sifted her silky hair through my fingers. "Come sit with me."
​ 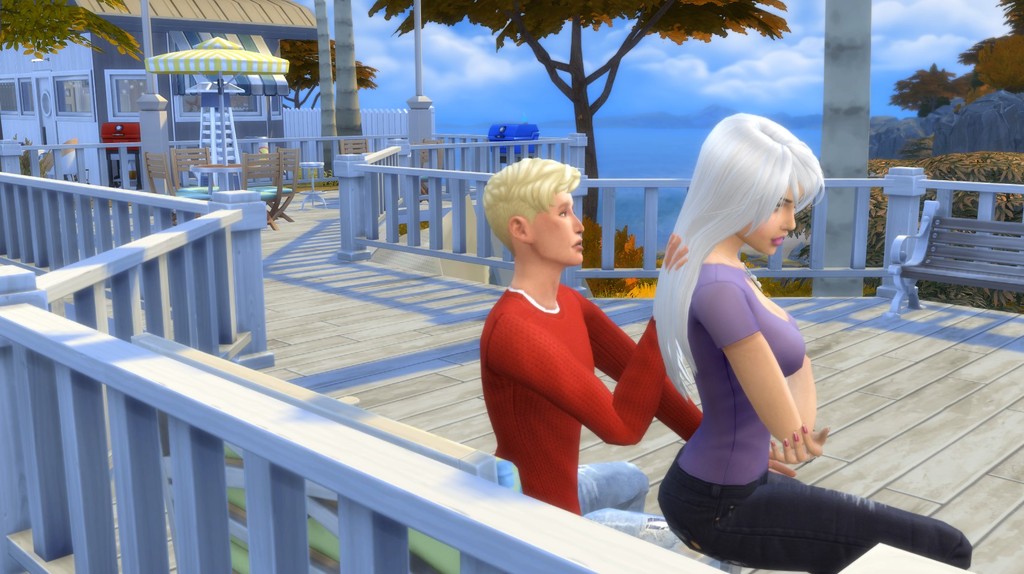 She gazed out at the open water. "Yeah, the ocean was so calm today. I wished you were with us. You would have enjoyed it."

I glanced out at the calm sea, listening to the gentle waves splashing on the rocks below us. "I would have except for the fact that Amber hates me. I think her calling me a bastard jerk-ass prick would have ruined the moment."
​ 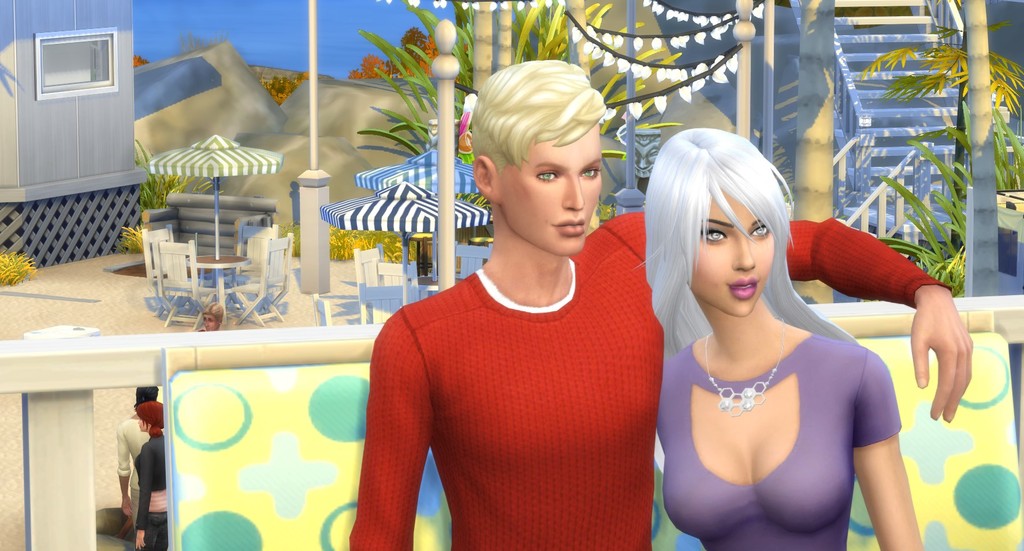 Etoile giggled. "She does hate you, but I bet she'll warm to you once she comes to trust you."

"Yeah, well, I think hell won't freeze over anytime soon, so, um...yeah...not happening in my lifetime."

She nodded and laughed. "You could be right."

​A loud angry voice broke our conversation. I heard a guy's voice yelling and then some whimpering.

Shooting toward them like a bullet, I saw Daniel shouting, raising his finger at Briar. "Don't fucking lie to me, Briar!" 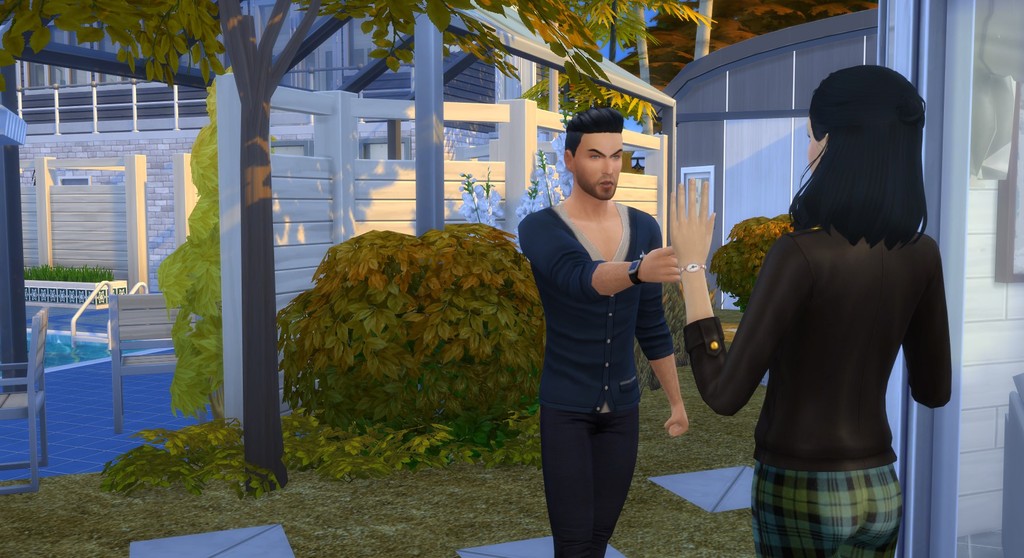 Adrenaline coursing through me, I was ready to punch that guy's face. "Lay off her!" I shouted, fists clenching.

Daniel pushed me and said, "Back off, dude. This doesn't concern you."

"It didn't sound okay. He was yelling at you." God, I knew he was a bastard. This proved it. I wasn't about to let him hurt her. 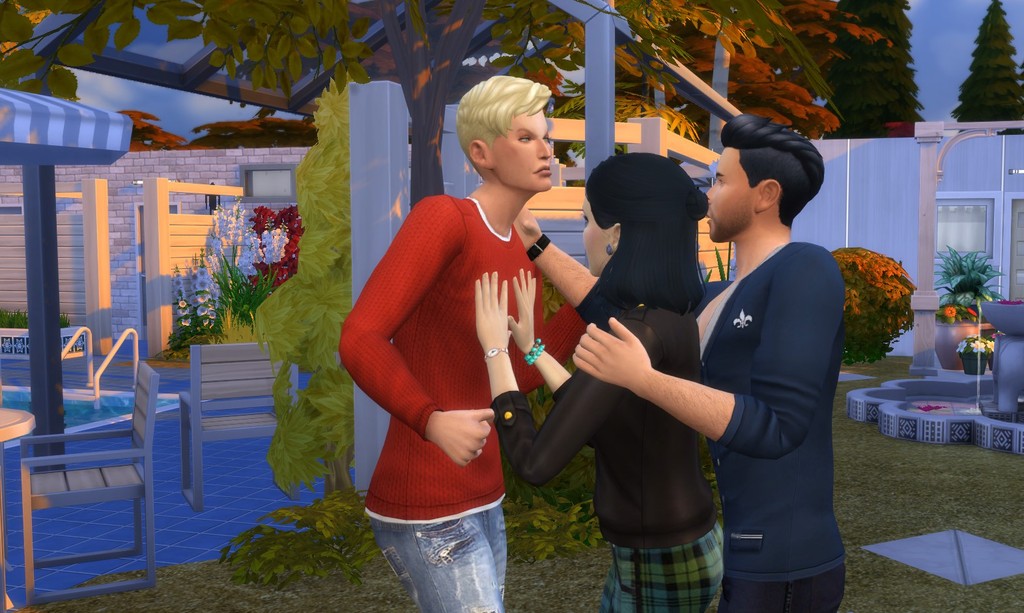 "This is between me and my girlfriend, so I'd advise you to leave us alone."

"Please, August. It's nothing but a misunderstanding. Really." 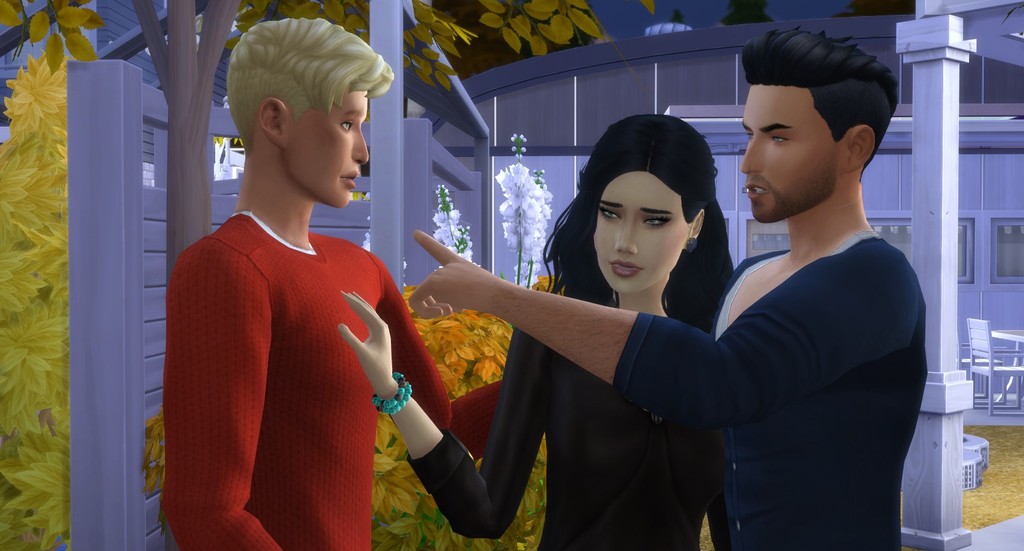 Rubbing Briar's back, I asked, "Are you sure, Briar?" I wasn't going to leave her with him until I was satisfied she was safe.
​ 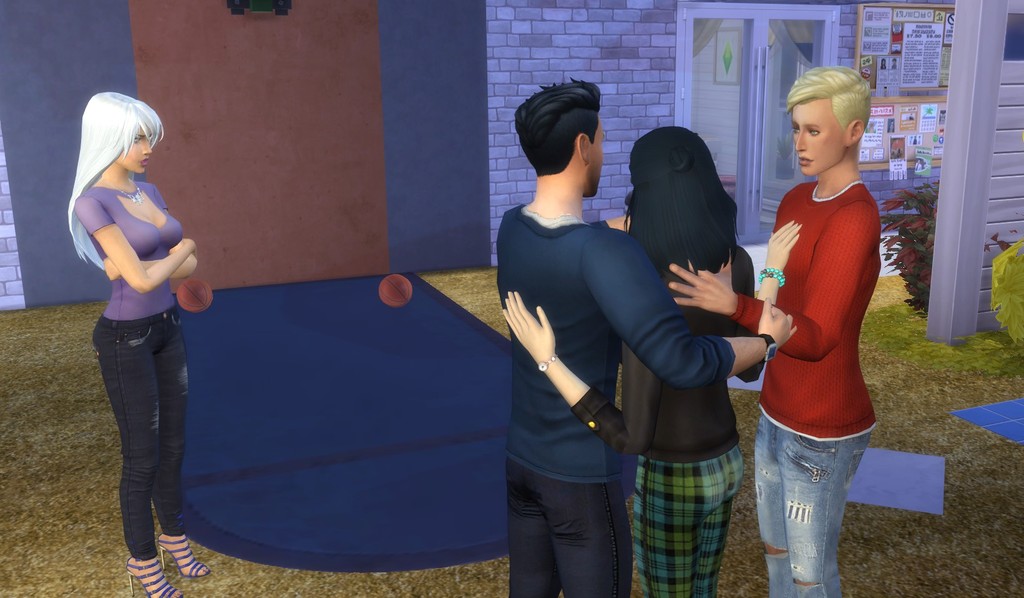 "Yes, please go." Briar rubbed her face on Daniel's chest and said, "I'm sorry I didn't tell you I was meeting my friends, baby. It was my mistake."

He caressed her cheek. "It's okay, just let me know next time." Turning to me, he said, "There. We worked it out, and it's none of your fucking business, asshole, so get out of here. You're not wanted."

Ashamed at what I'd thought was happening, I felt like the asshole he said I was. "God, I'm sorry." I wanted to crawl under one of the rocks by the shore.
​ 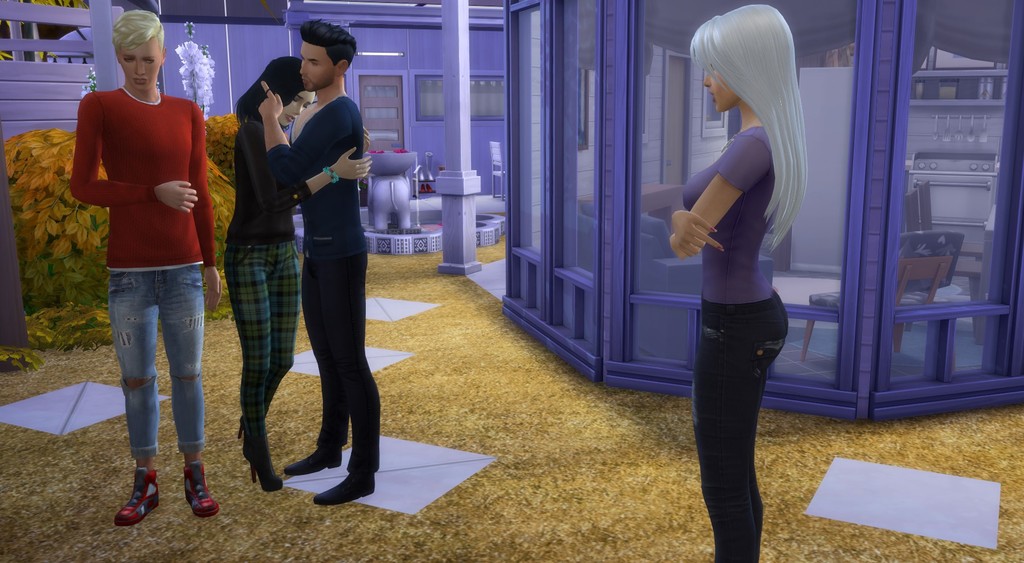