I asked Ethan to meet up after school Friday so we could hang out. Once he got to my place, he asked, "Where's August?"

"What do you mean?" I tried to act innocent, but I knew I couldn't keep my fight with August from Ethan for much longer. I took a test during lunch today so he wouldn't notice anything had changed between us. But come Monday, all bets were off. No way was I sitting with August.
​ 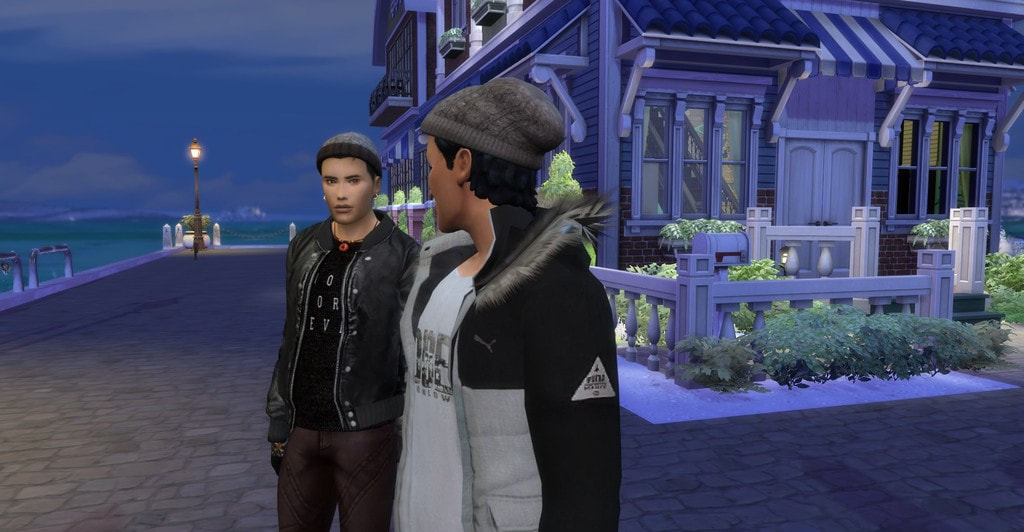 "Correct me if I'm wrong, but we haven't hung out together without August ever since he broke it off with Etoile. Does he have a hot date or something?"

"How would I know?" Shit...that came off totally bitchy. I was showing my true colors already. 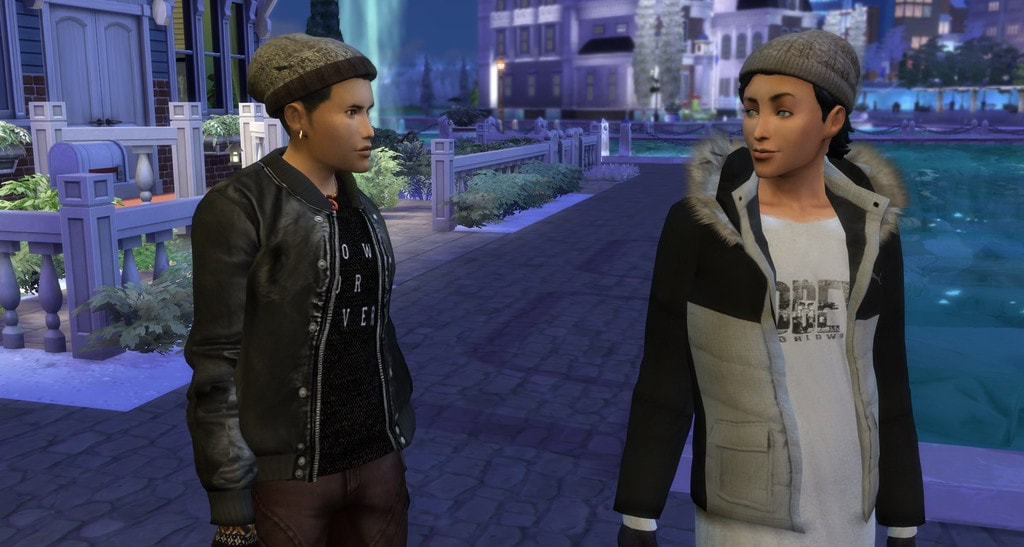 "Nothing escapes you," I muttered. God, I was acting like a wounded asshat. I hated feeling like this. So bitter, wanting to lash out at everything...and everyone. I lowered my gaze and said, "Sorry."

"Man, it's worse than I thought. What happened?" 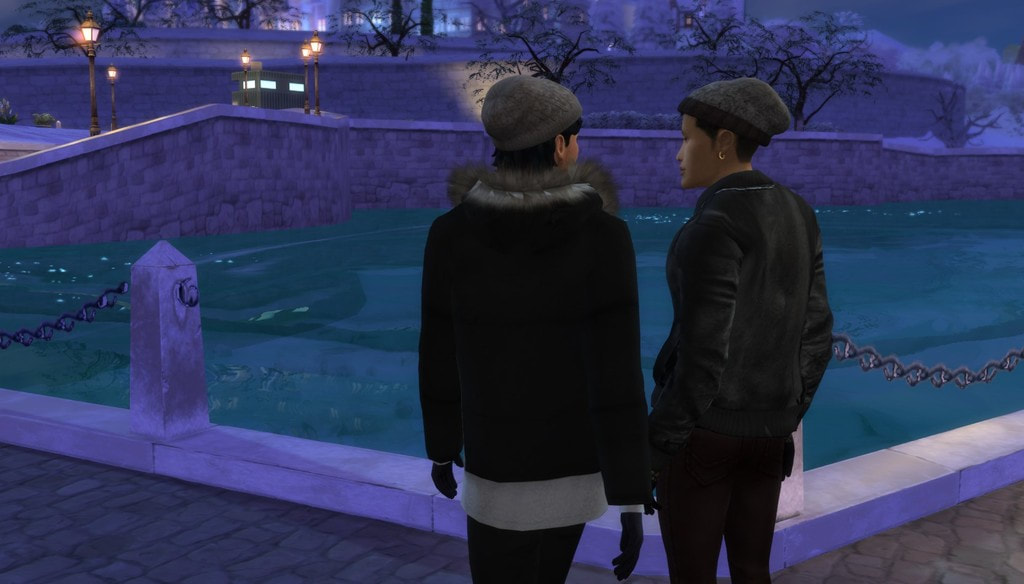 Ethan waved his arm, using that silky voice that made people spill everything, "You know I'm going to get it out of him as soon as we see each other, so you might as well tell me your side, Beau. It's stupid not to. Otherwise, this whole night is going to be weird." 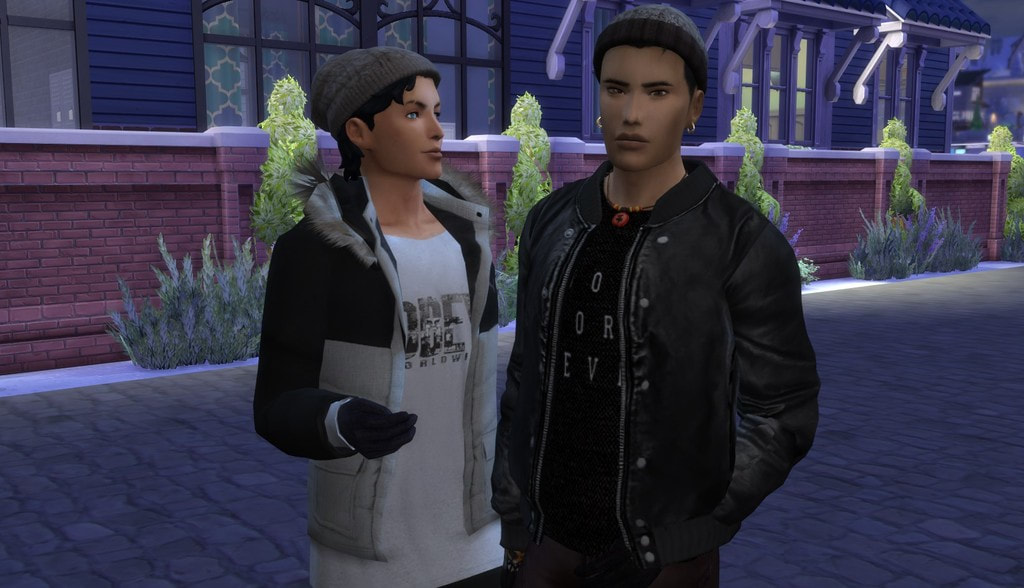 Ethan didn't say anything for a little while, I guess he was processing or something. Then he said, "And..." 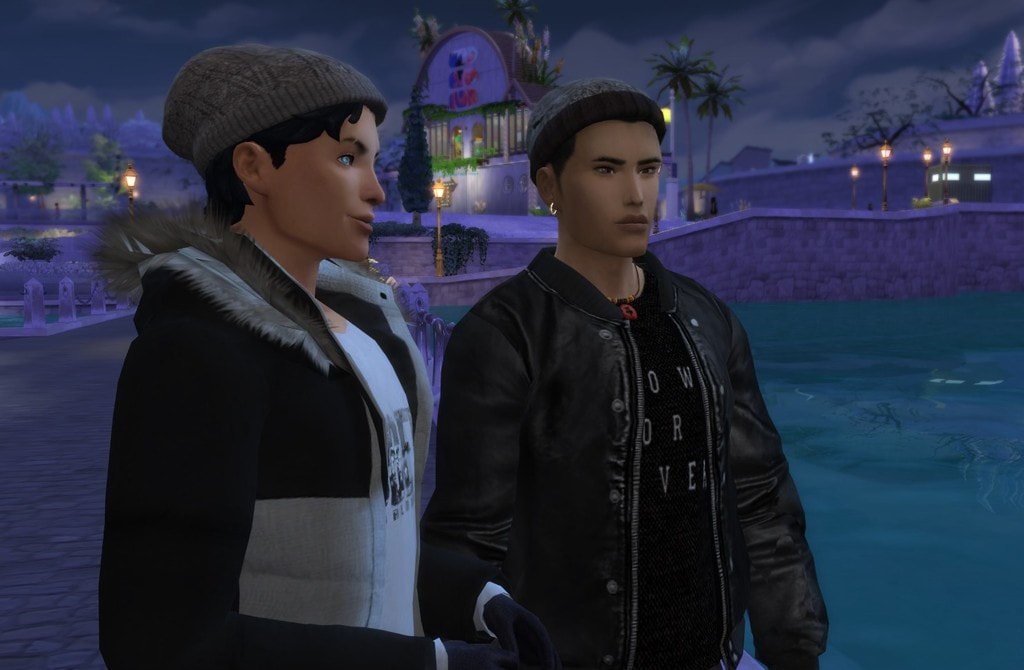 "So you basically diva'd out on him and threw a fit. Am I right?" 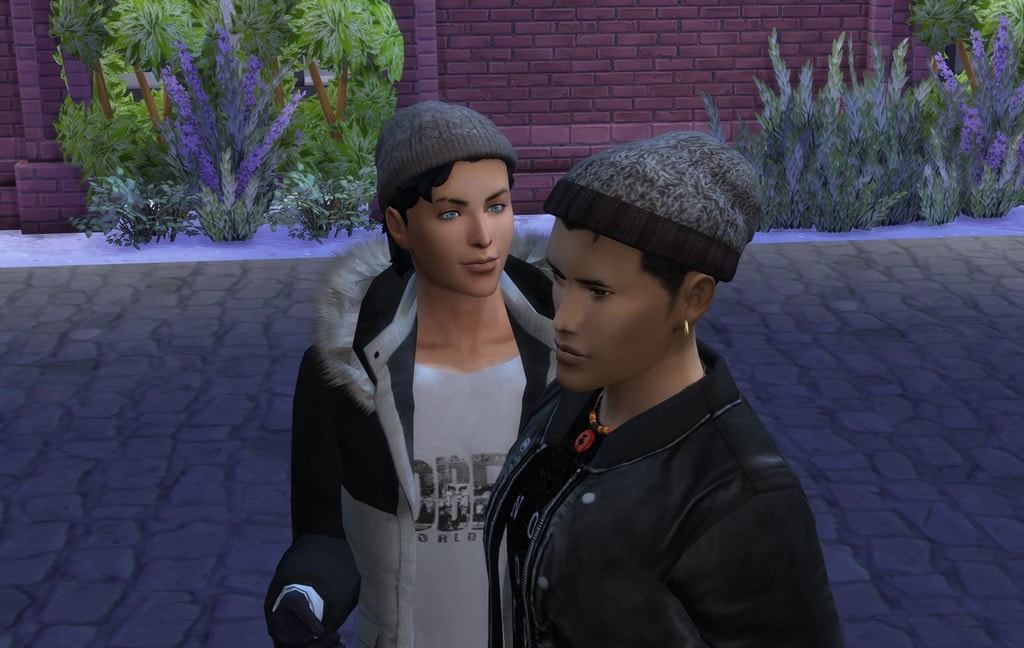 When I didn't answer, Ethan walked closer to me and asked, "What kind of kiss was it, Beau? A bro peck? A sweet kiss? A long full on..."

"It was a make out session, okay, man? God..." I struggled to keep my composure in front of him, glaring out at the bay, willing the tears to stay put in their ducts. My stomach burned just thinking about it and I got even angrier at the situation. 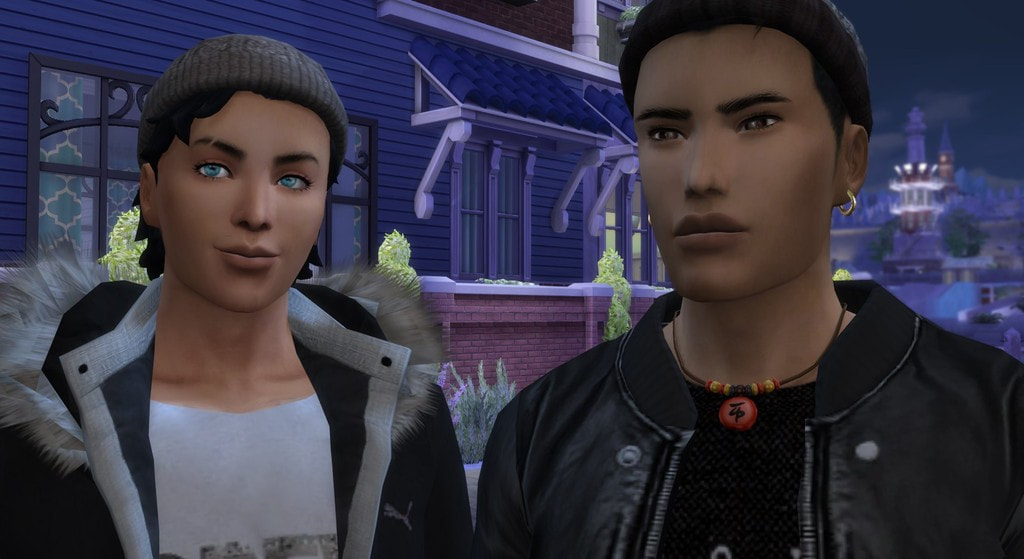 We both stood there silently. A ship bell tolled out in the distance along with a long loud blast from a foghorn off a huge barge. The cold breeze whipped through my jacket, sending chills over my skin. I didn't know what else to say. 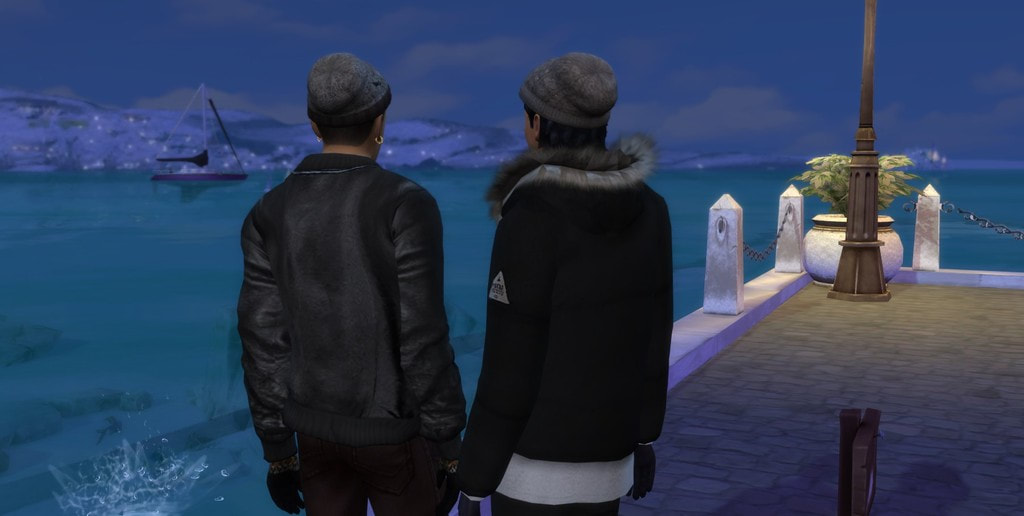 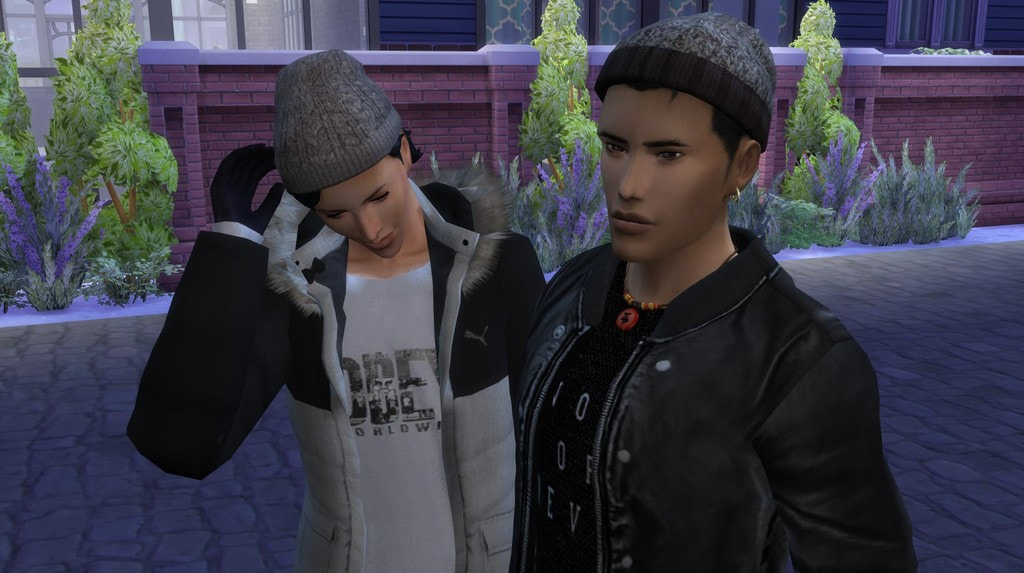 He pulled me toward the village pier. "Let's get some coffee. It's kind of cold out here."

The tears didn't stay in their ducts. I wiped them, trying to hide my emotions from my friend. But nothing ever gets by Ethan. At least he wasn't lecturing me on my feelings about August this time.
​ 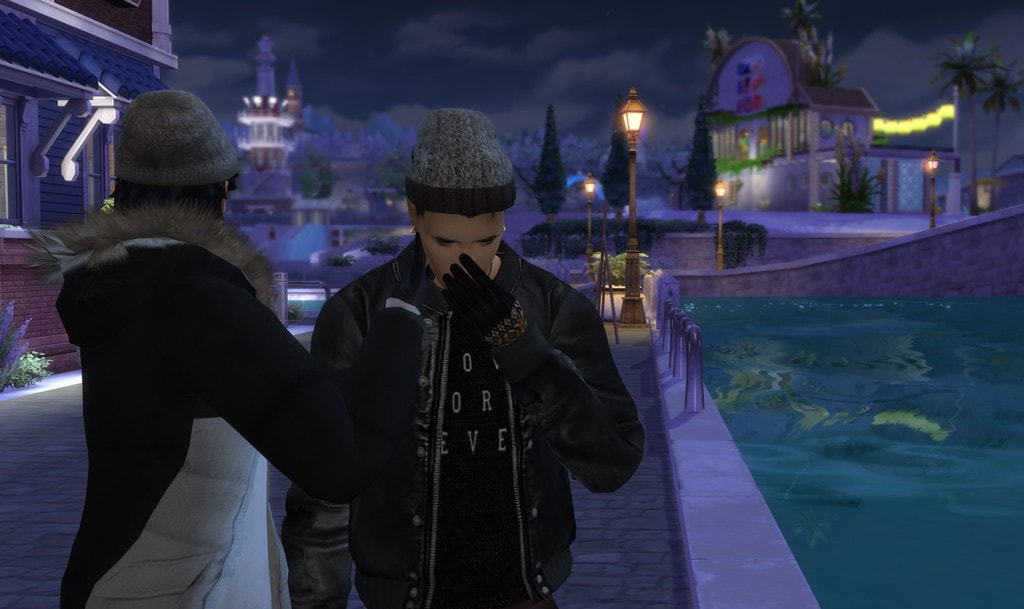 With Darius spending the night at his friend, Zack's house, and August playing music in his room, I was looking forward to spending a quiet night with my wife. We snuggled on the couch as she draped her legs over mine. "So, what do you want to watch, kitten? I'm up for anything. Even one of your goofy sci fi flicks."
​
Siobhan stroked my beard, sending shivers down my neck. I went crazy when she did that, giving me an even better idea. "Or....we could go to our bedroom first..." I hoped she'd take the bait.

​"Baby, don't you think August has been acting down lately?"
​ 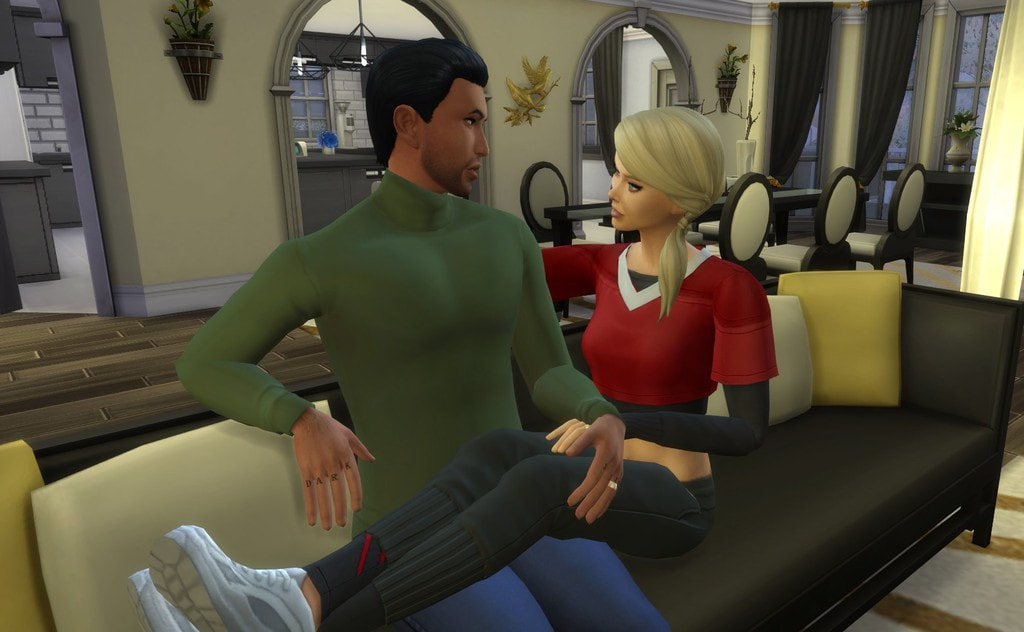 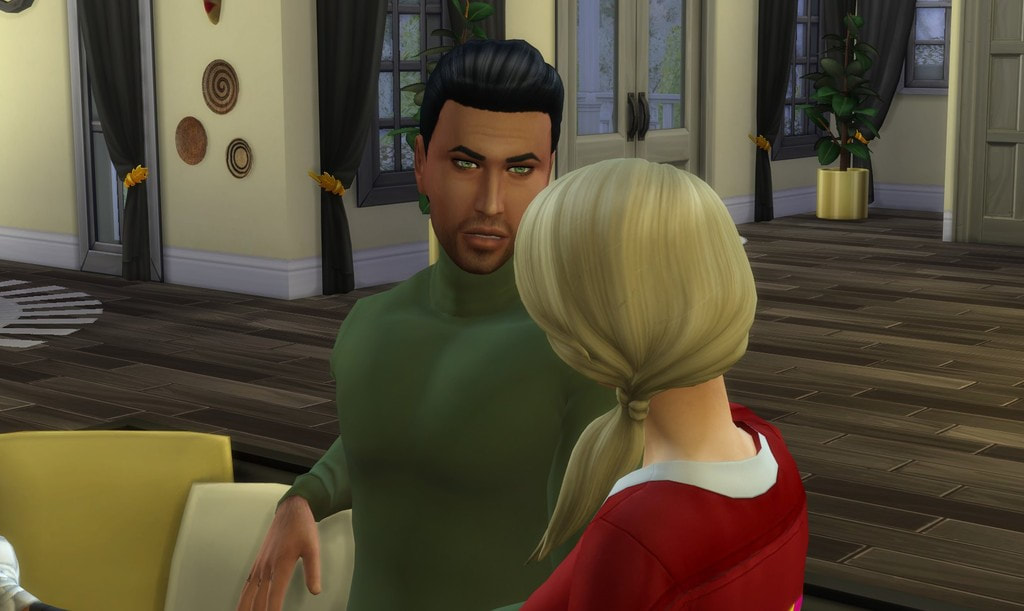 She pulled her legs off me and straightened her back. "You never notice anything is wrong. The kids could be bleeding, dying in the street and you'd say they were fine."

"Hey, that's not fair. I'd get them a bandaid," I joked. I certainly didn't want to argue. Things were just getting all cozy.
​ 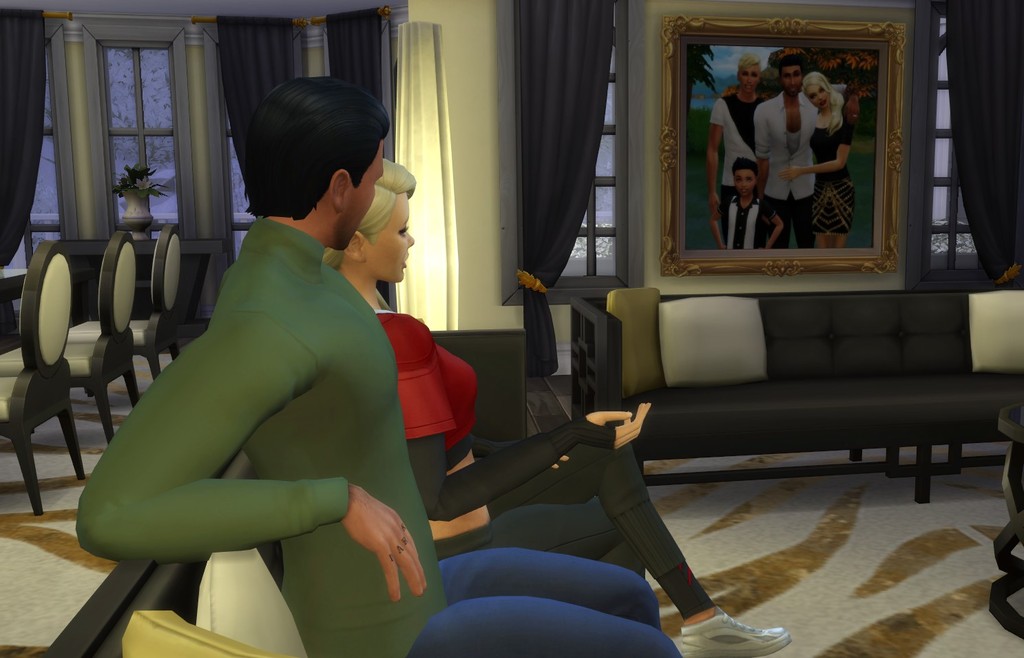 "I'm serious. I think something is bothering August. Did you notice he barely ate any supper and gave us one word answers to all our questions?"

"Yeah, well, he's a teenager. They usually don't open up unless they're in the mood."

She had a point. My partner, Sai Panja, whom I work with in my practice was always complaining about his teens. He had three--ages 13, 14, and 16. I told him he was nuts not spacing them out, but he said he and his wife wanted to get the kid thing over with at once. He was regretting it now. But August hadn't been any trouble. He'd always been a responsible kid. That's why I never worried about him.

I stroked her arm. "What do you want me to do about it then?"

"Could you talk to him? Hopefully, he'll open up to you. I tried, but it was like trying to break through a brick wall."
​ 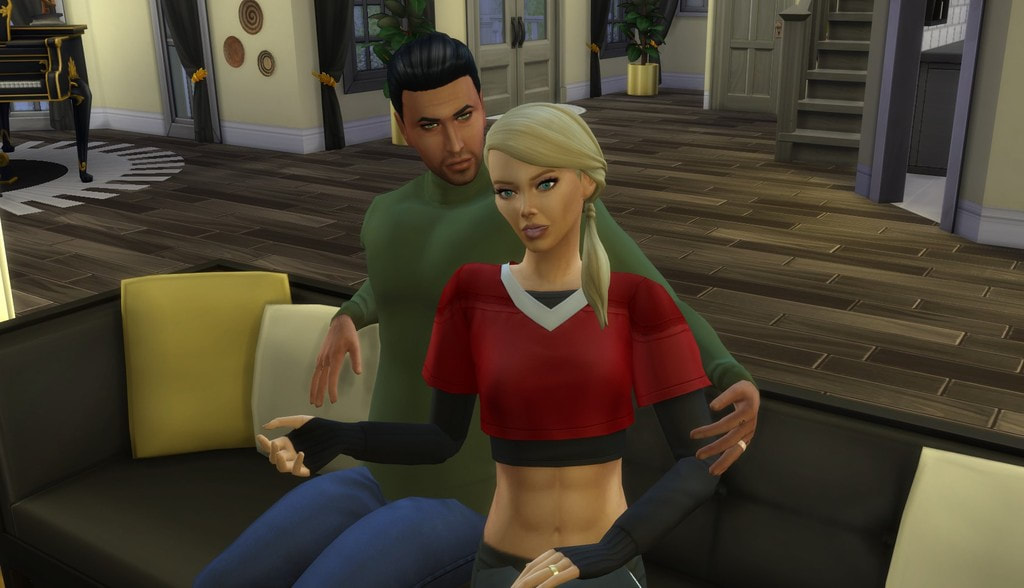 Maybe she was right, now that I thought about it. He did look a little dejected today. I hopped up and took her hand. "I'll do it on one condition." 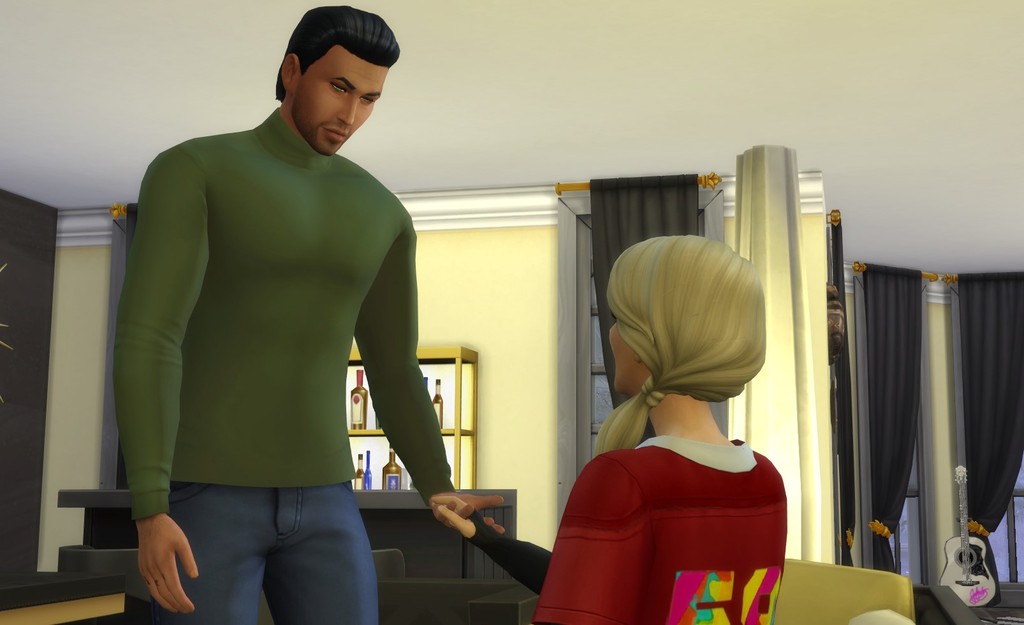 Pulling her in for a kiss, I whispered, "Meet me in our bedroom when I'm done."

She giggled and said, "You really drive a hard bargain, but okay."
​ 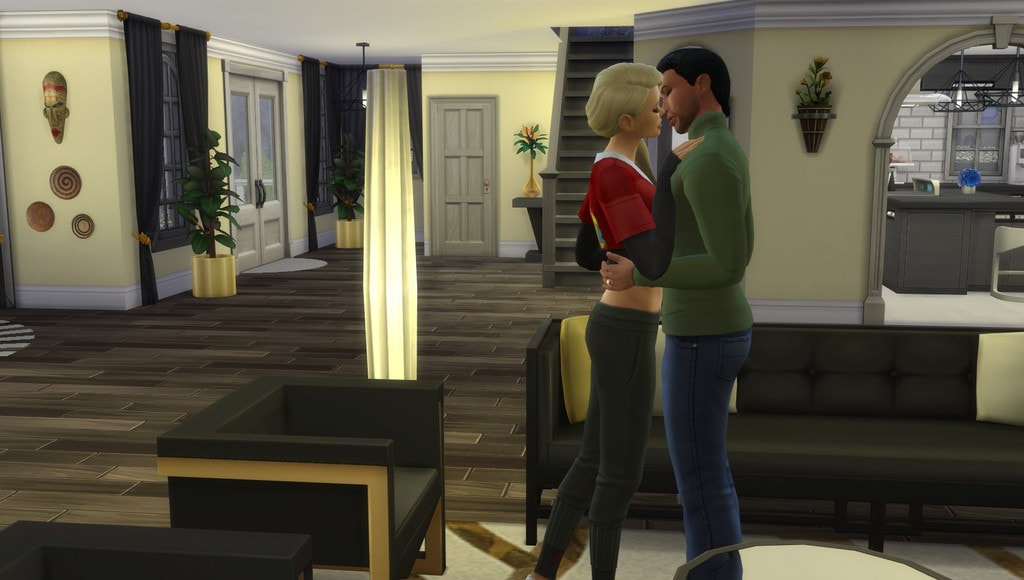 Walking into the music room, soft chords from the guitar drifted through the air. August had his grandfather's gift with instruments, but I was glad he didn't want to make a career of it. One rockstar in the family was quite enough. 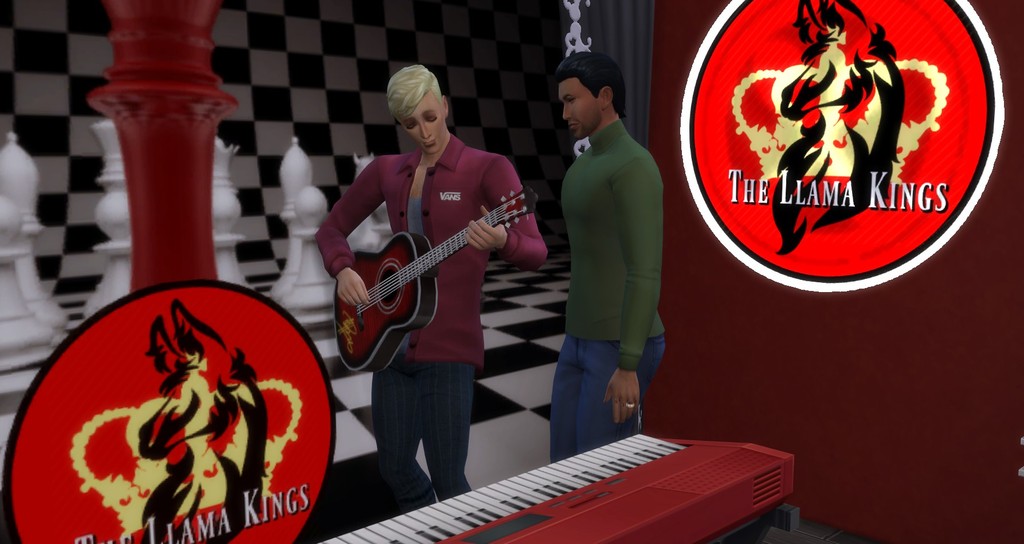 I gestured to the couch and he sat on it with a puzzled look on his face.

Rubbing my palms on my jeans, I casted for a way to pry without him catching on to what I was doing. "So...your mom says you're depressed." Damn. That wasn't what I wanted to say at all.

Backpedaling, I offered, "Well...you didn't eat your broccoli and we all know how you like veggies...So, what's up with you?"
​ 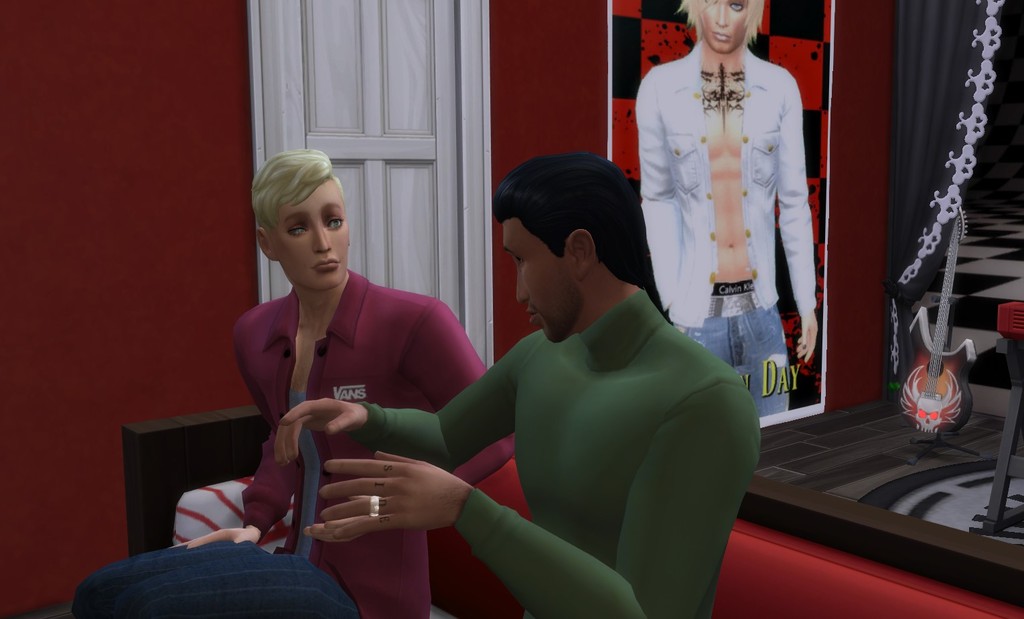 He flung his arms up dramatically. "Nothing! God! Can't a guy not be hungry without it being the end of the world?"

I shook my head at myself. This wasn't going well. I decided to try another tactic.
​ 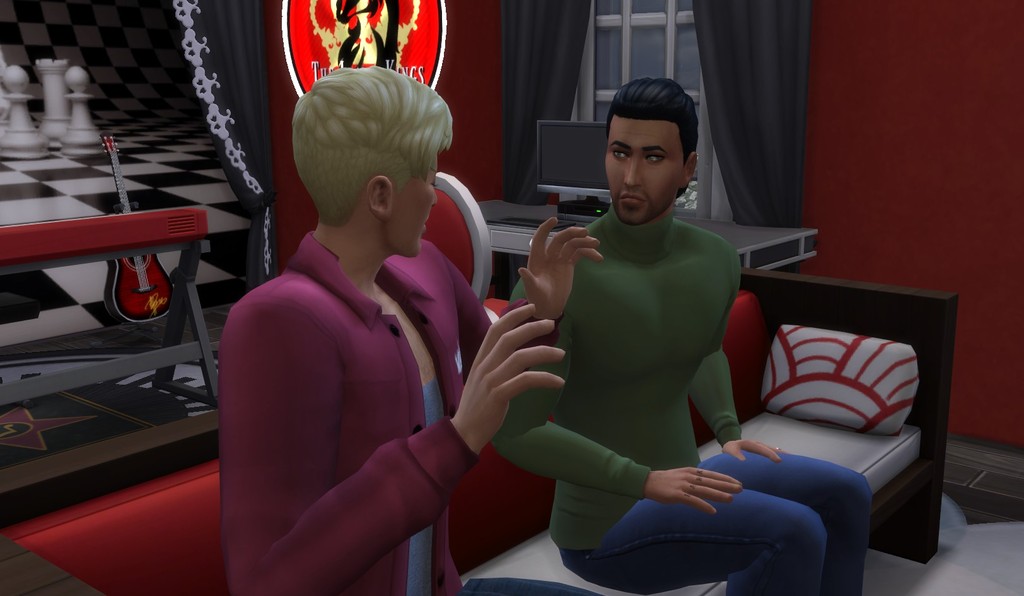 Glaring at him like I meant business, I said, "Come on, August, cut the bullshit and tell me what's wrong. I'm not leaving until you do so you might as well get it over with."
​ 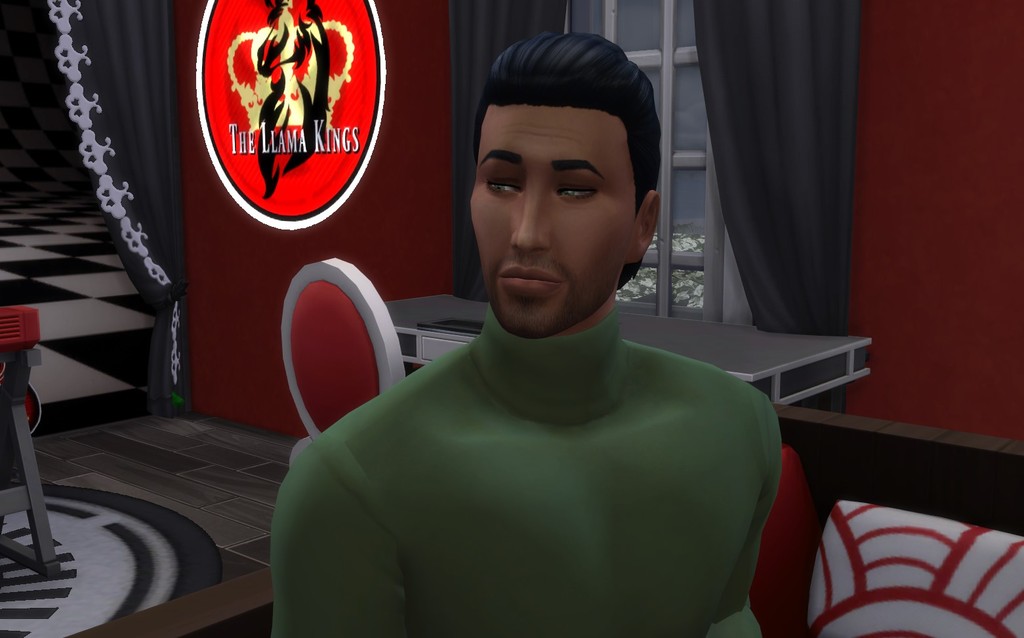 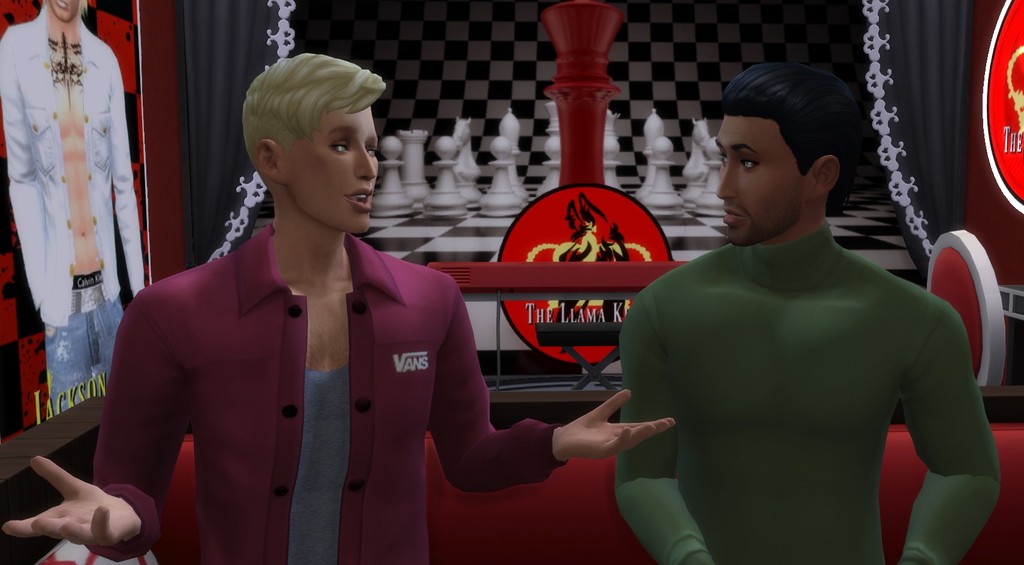 "Okay, if you're so fine, why aren't you out with the guys or on a date tonight?"

Resting his arms on his knees, he countered, "Maybe I wanted to play my music. Is that such a crime?"

"It is when you haven't stayed home on a Friday night in four years. Come on, August. Out with it already." 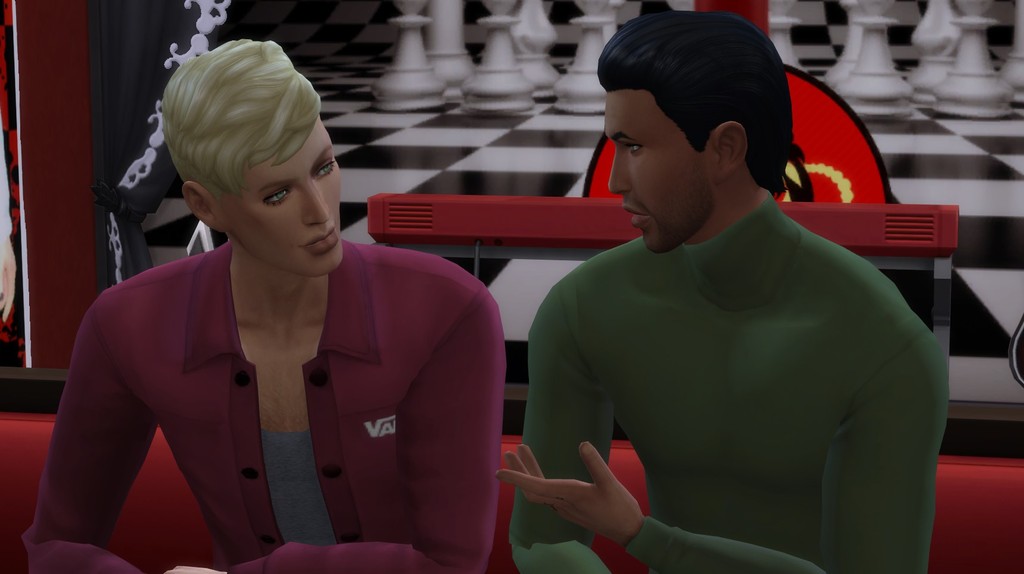 He just looked away angrily, not saying anything.

"Did you argue with Beau?"

"Why would you say that? Did he call you or something?"

Ah...now I was getting somewhere. "So, it is Beau. What happened? Did you punch him?"

"Then what the hell is it, August? You've got to tell me, son. I can help. I've been through a lot with friends over the past 44 years. I think I know a thing or two."
​ 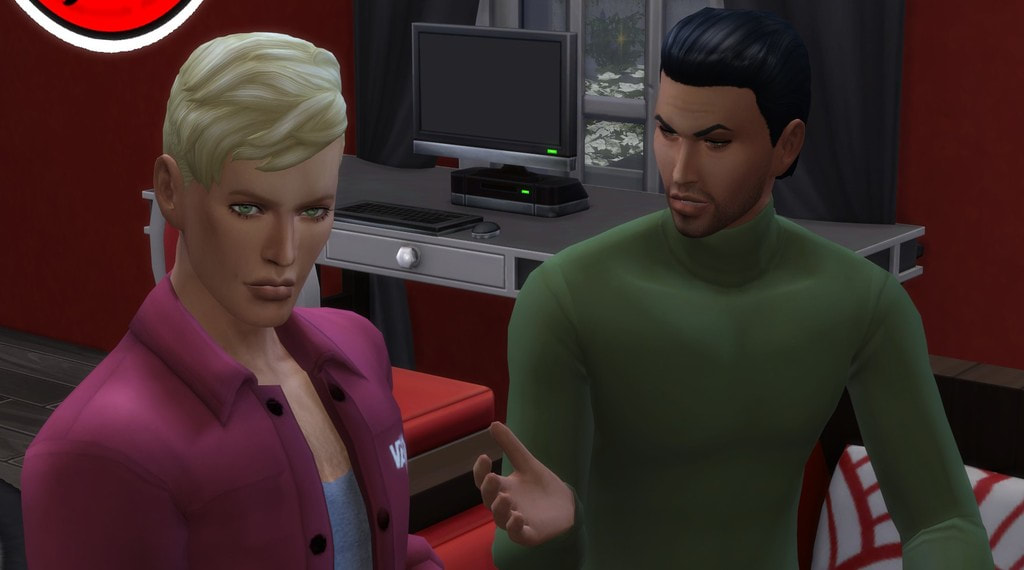 "You can't help me with this." His voice cracked on the last word. 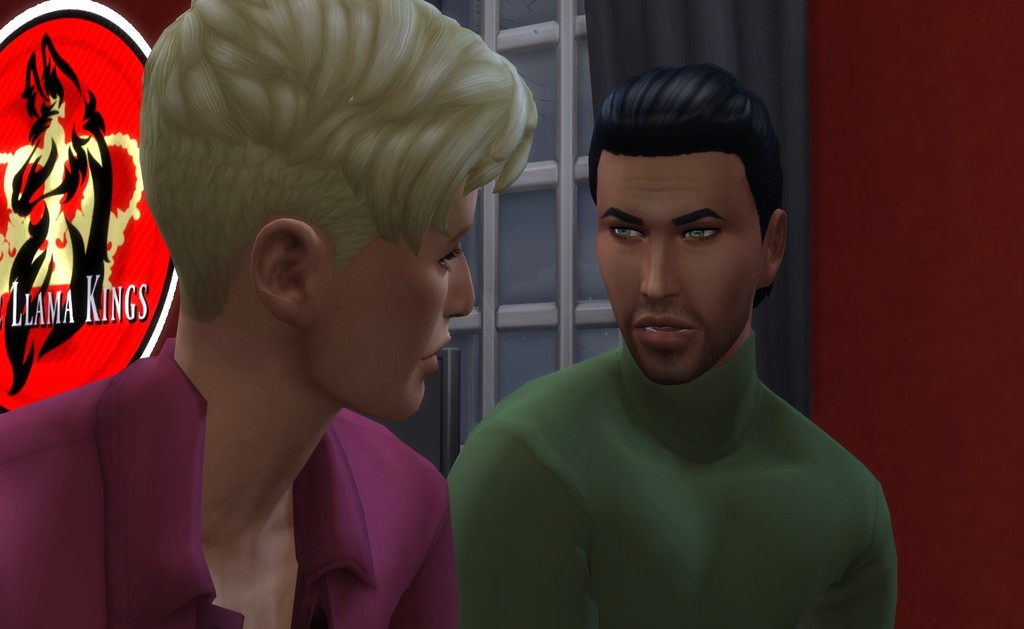 He buried his face in his hand and whimpered, breaking down.

This stunned me. August was a tough kid. I hadn't seen him cry since he broke his arm when he was twelve. "Son," I said, rubbing his back, "I'm here to help you. Tell me what it is. I'll do anything. Come on...please?"

"I think I'm um..." he sniffed, voice quivering. "I think I'm..." but he didn't finish his sentence.
​
Not understanding anything at this point, I said, "You think you're what, son, you can tell me." 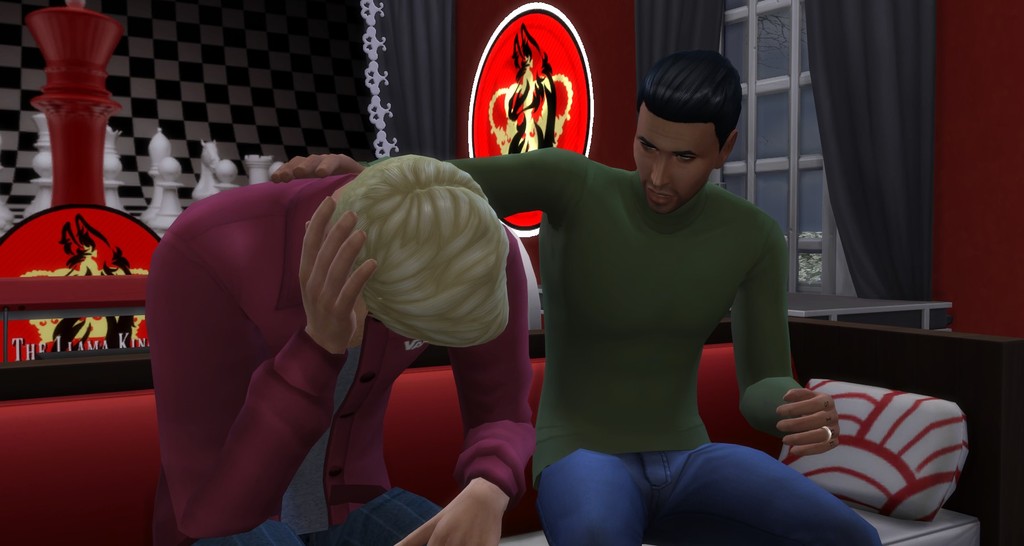