One minute I was admiring my new snakeskin jacket I was going to wear to the concert at Starlight Park and the next minute...nothing. Just darkness like someone had pressed the pause button to my life...

I had the craziest dream.

My body plunged into a deep, dark pool and I sank... 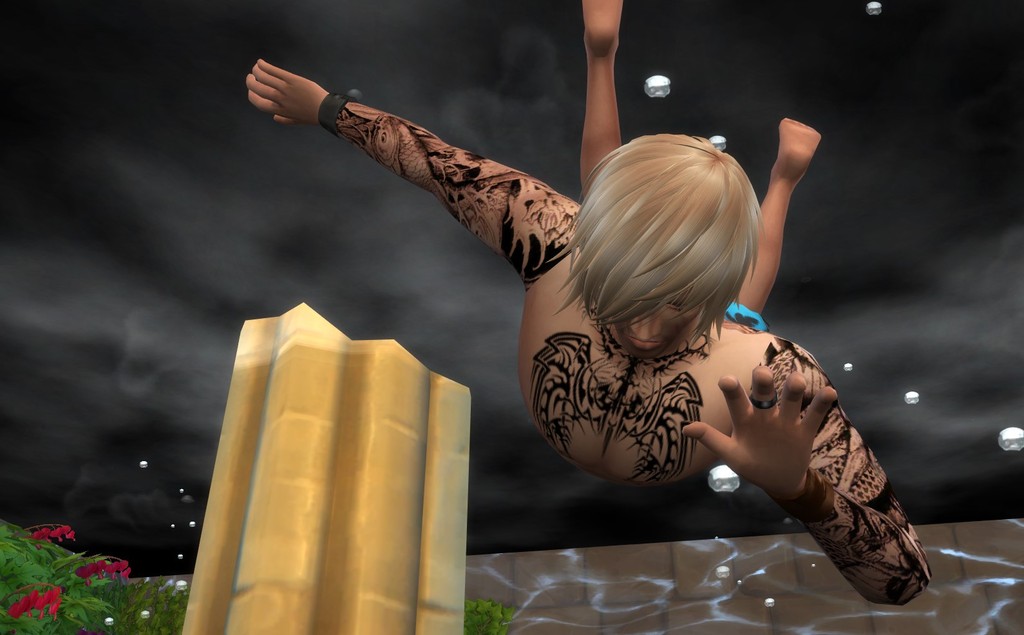 Flailing, I panicked, as pressure almost swallowed me, beating on my chest. Was I going to die? Drown in this murky water? 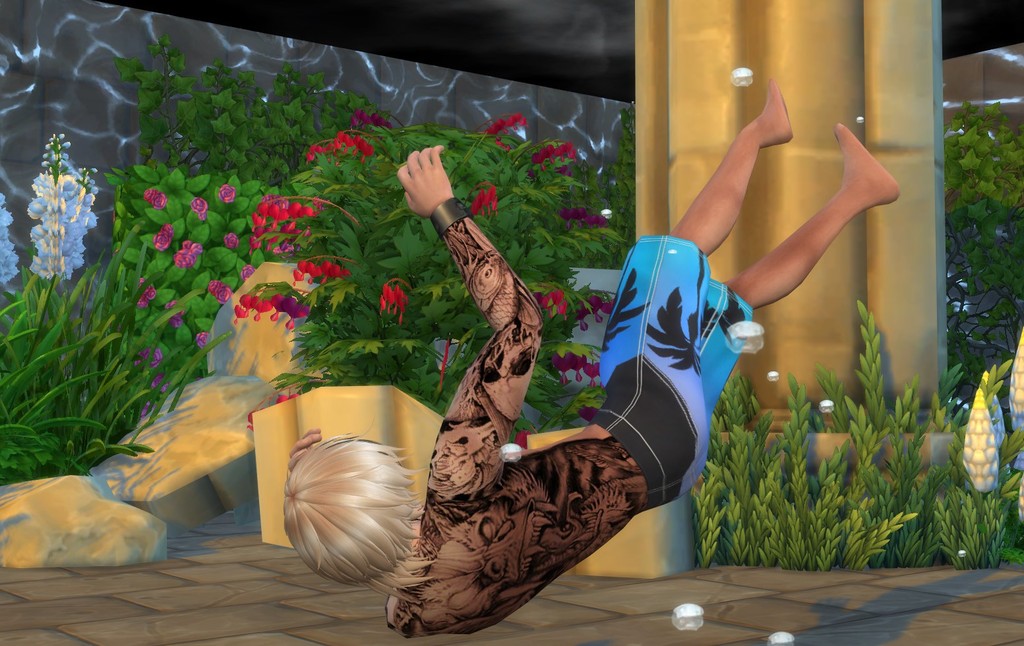 The last of my air expired, and I tried to gasp, but nothing worked. Pain seized my lungs, gripping them like a tight vice. This was it for me.

I was dying somehow. 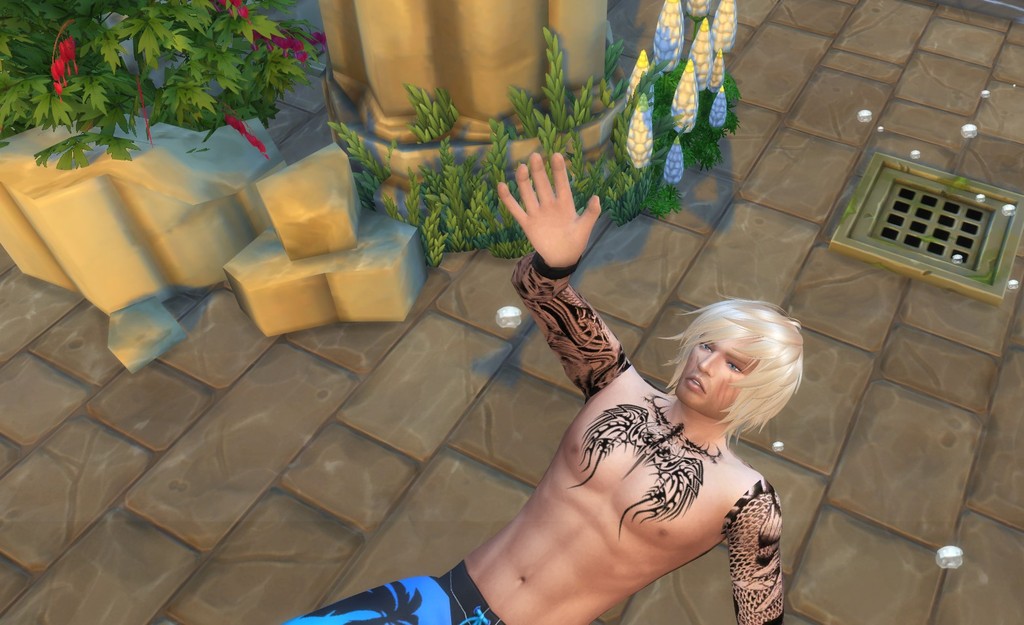 My heart throbbed in my ears and I decided to give up. It wasn’t worth the pain that erupted all over my body. My legs, my abdomen, my head...I wanted the plumming torment to stop.

When all at once, cool soft hands slipped over my body, comforting me.

The girl looked familiar. I knew her... 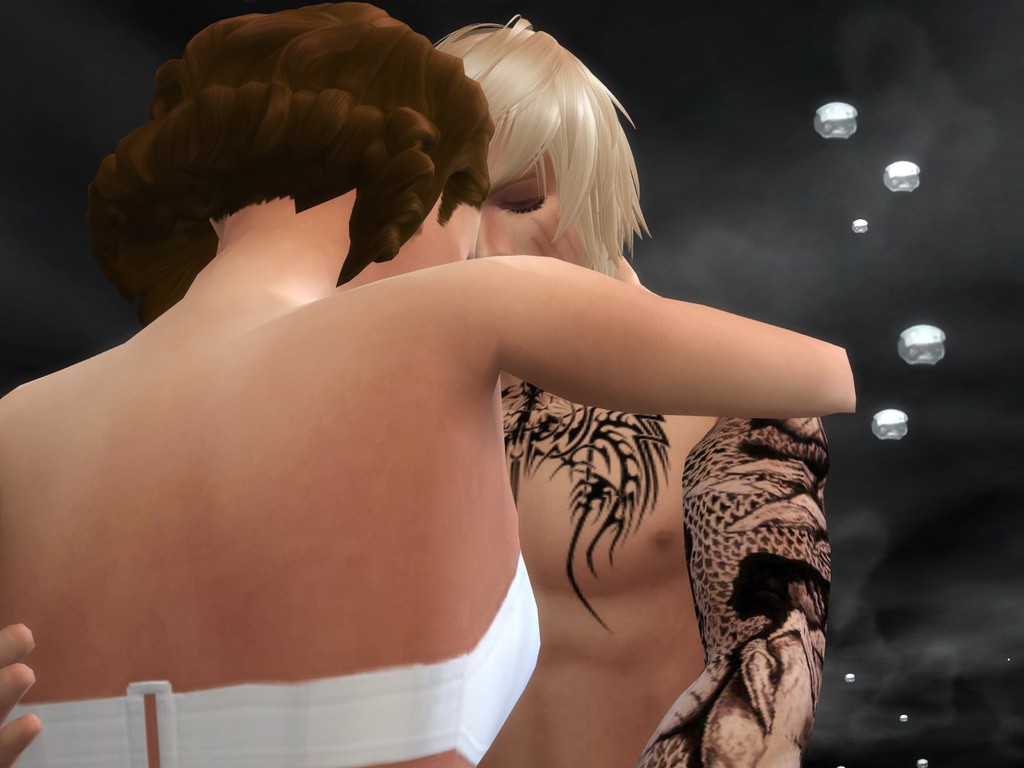 Yeah...it was Luci Mueller, a friend from high school. I hadn’t seen her in years, and I wondered why she would be here next to me. It didn’t make sense.

But in the dream, she helped my misery ease. I smiled as she enveloped me in her arms. I wanted to kiss her just as I did way back when in my grandpop’s basement. 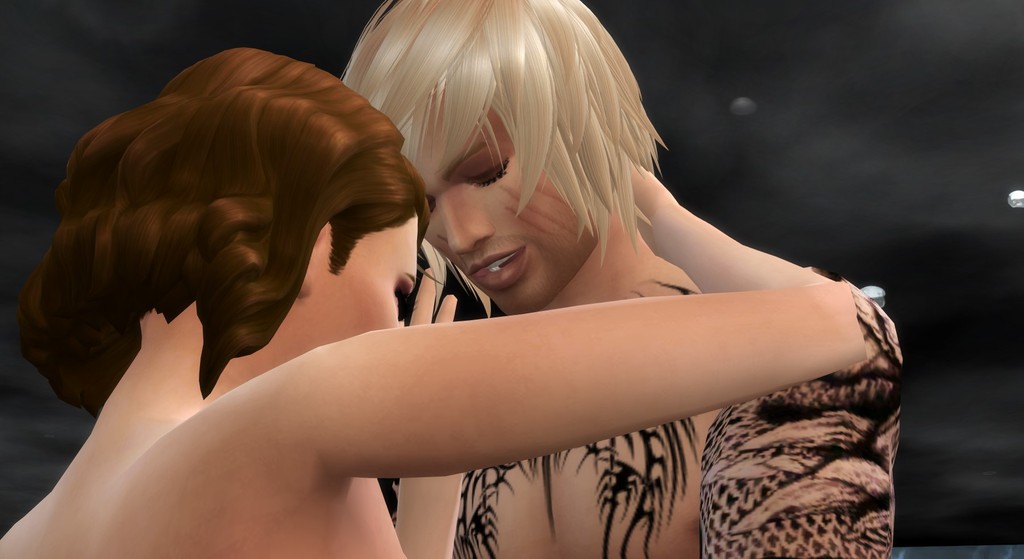 The dream changed, and I was out of the pool looking at her floating above me. She was an angel dressed in white with wings that sparkled silver in the sunlight. She was sheer perfection in radiance. I wanted to gaze at her all day, never leaving this heaven. I figured that was where we were. Did both of us die somehow? 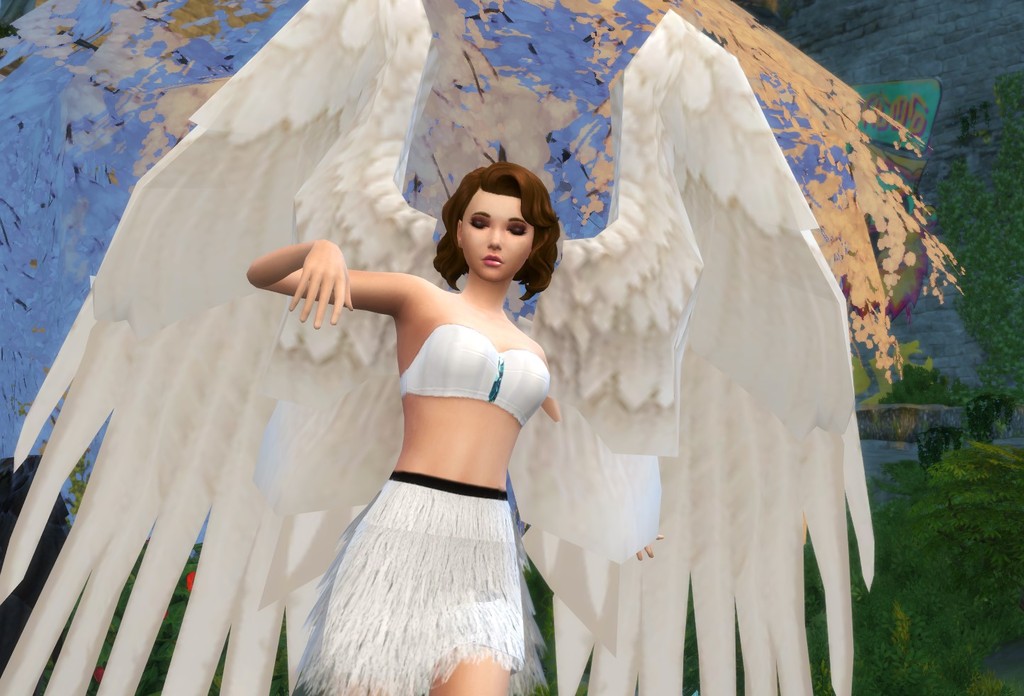 I cried out to her but she didn’t seem to hear me. 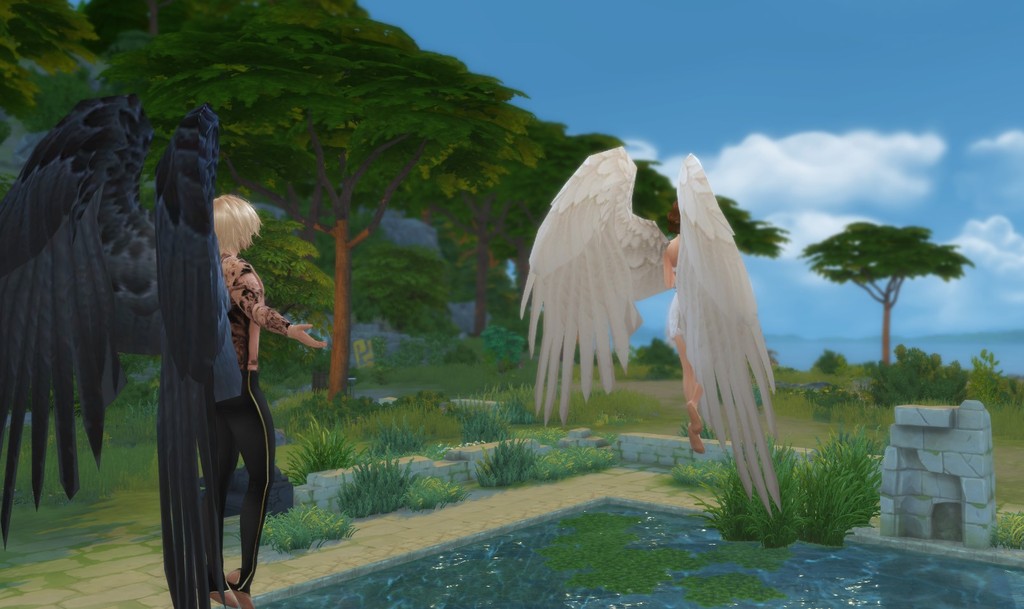 Turning, she reached out, beckoning me to her. 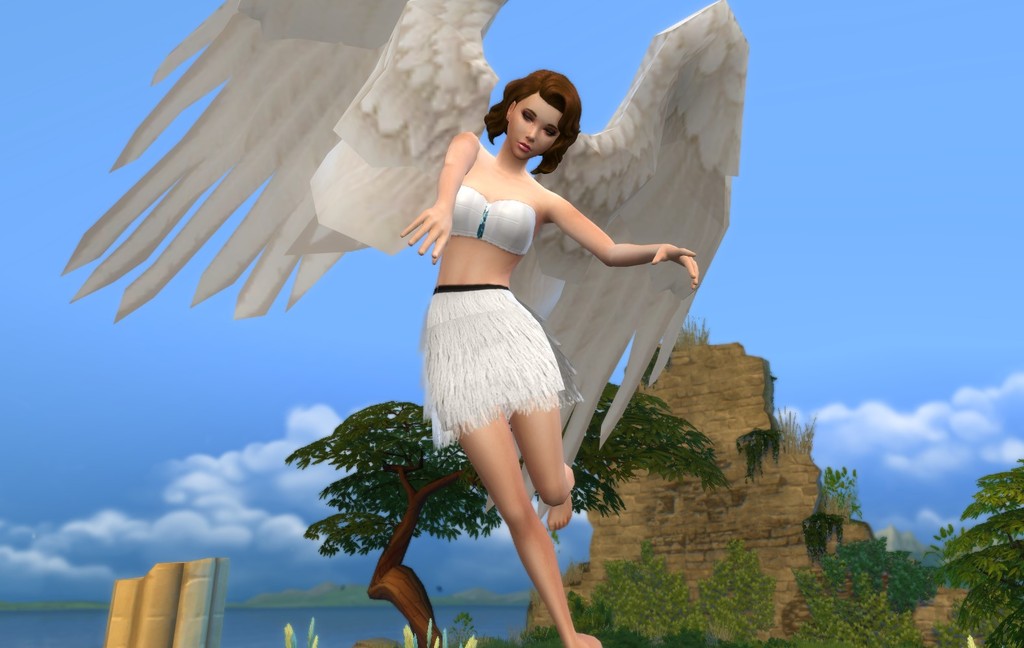 As she did, a sharp pain knifed through my temple, and I winced. What was happening to me? 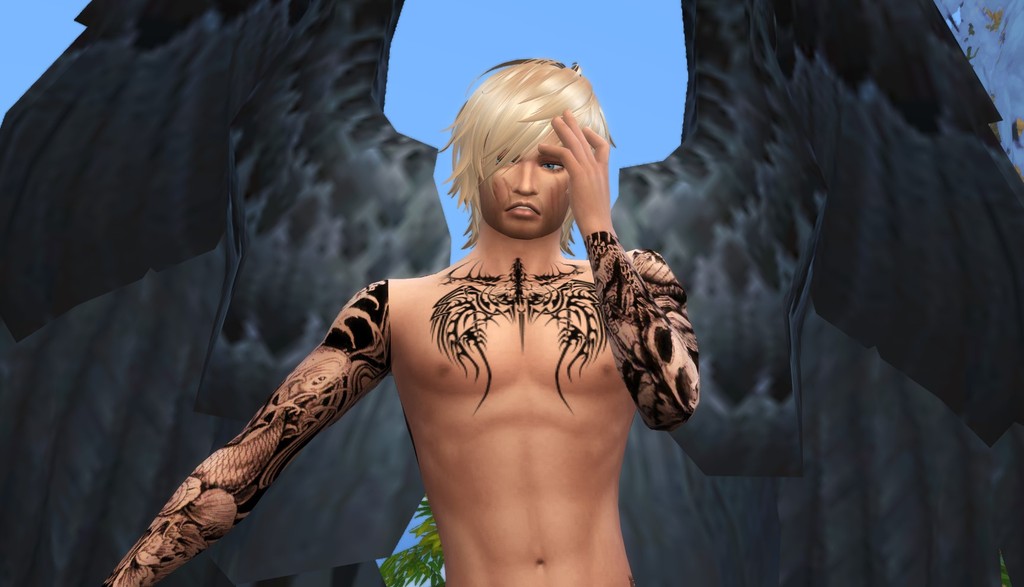 Something shrieked in the distance. Many voices. Cries. Shouts. This seemed to scare Luci. 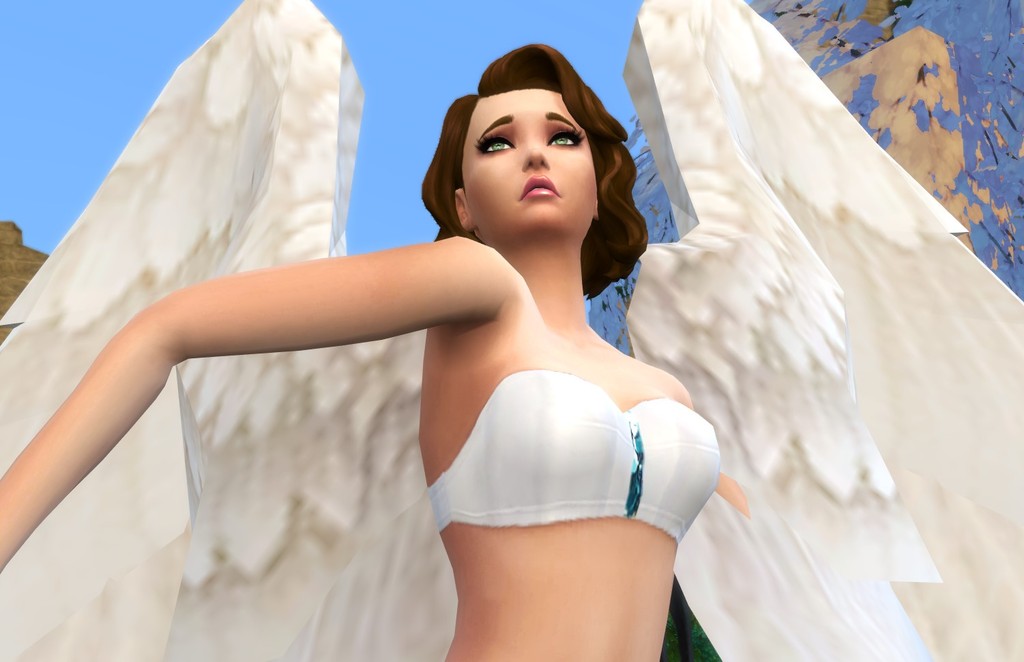 And just as she appeared in my dream, she vanished.

Searing agony rippled through me as though I had been set on fire. I wanted to scream, asking God to take me. I didn’t want to deal with it anymore. I just needed the torture to stop. 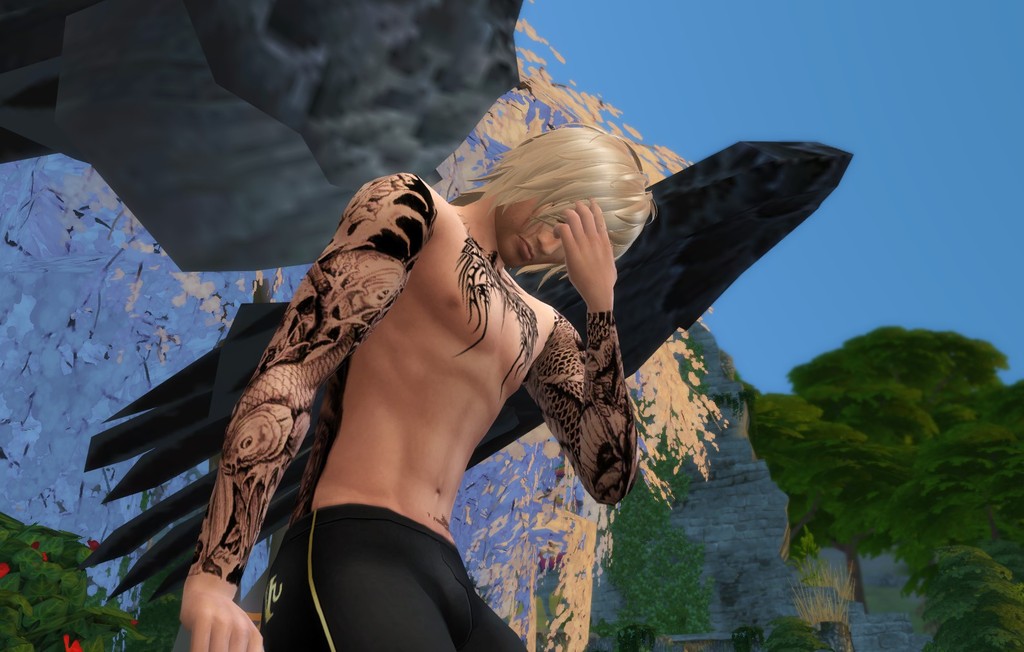 Instead of floating above the water, I tumbled downward toward the surface of the pool. 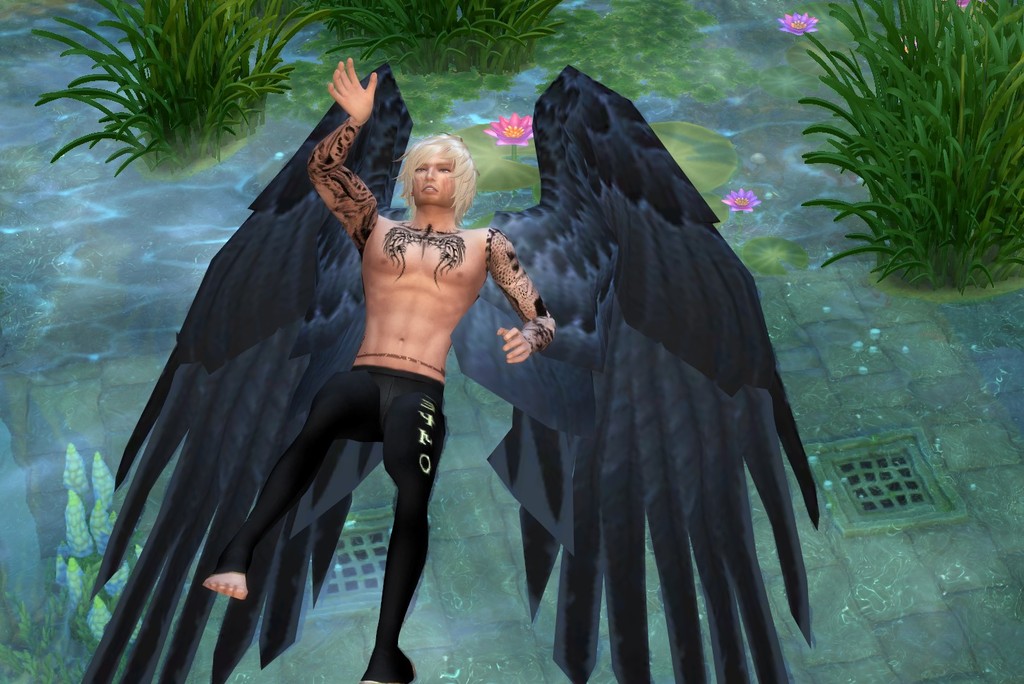 My body went limp as crippling pain licked through me like waves of fire burning a forest. 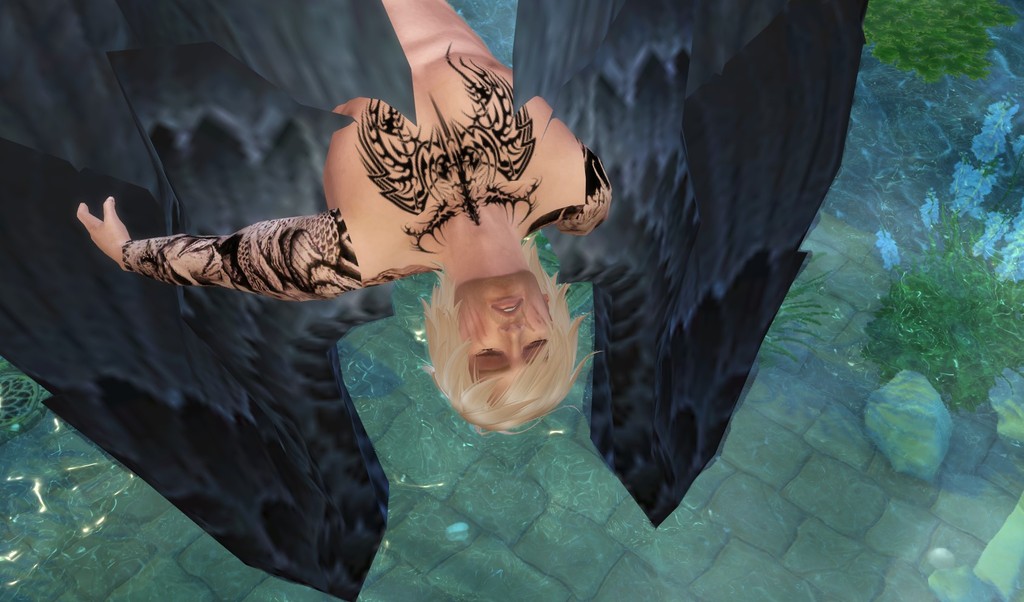 And the me I once knew was no more...I’d totally changed. Something bad had occurred. I figured that out at least. 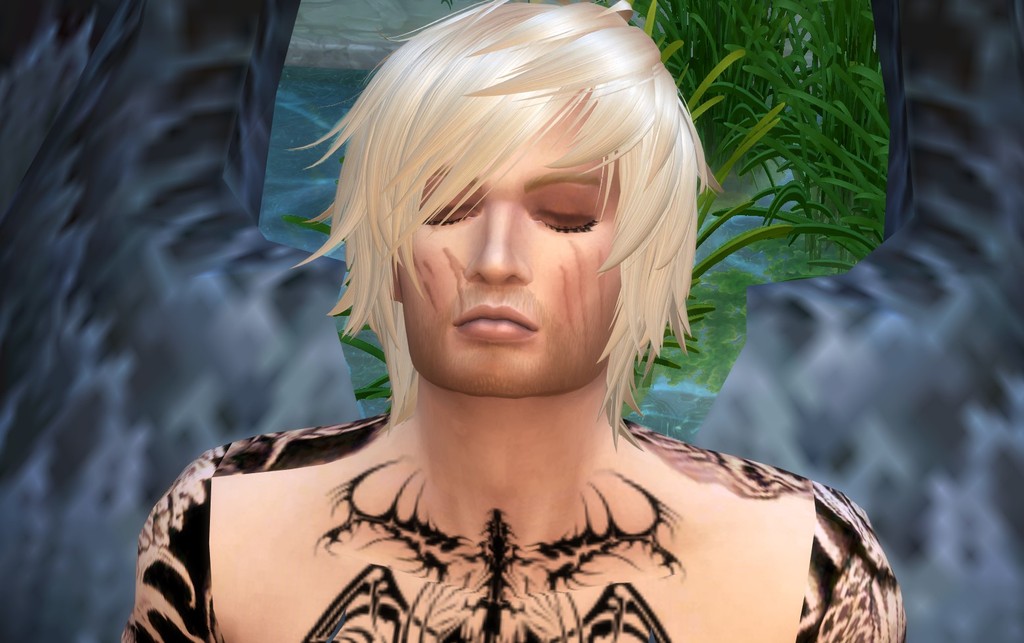 Very slowly, I began to know I wasn’t in a dream. My world was hazy at best, but the throbbing, ever present torment told me I hadn’t died. Although I wished I had. I couldn’t move. Couldn’t open my eyes. H*ll, I couldn’t even understand what had happened to me or who was with me. 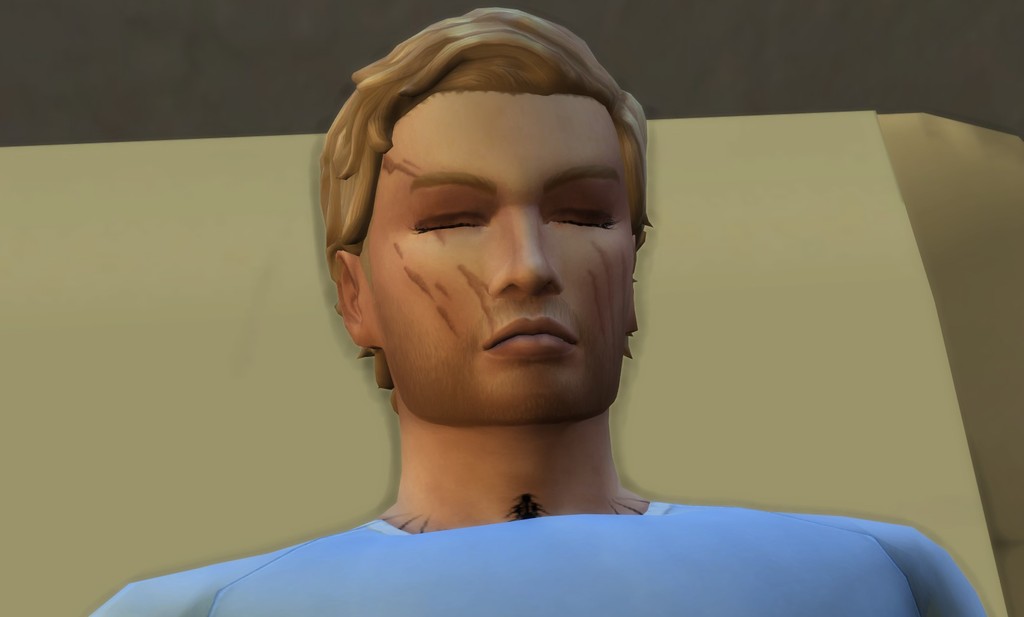 Little by little, I could sense people around me. Sometimes I’d hear low murmurs. Two voices—one deep and the other, a slightly higher male voice. They must have been my fathers. But I couldn’t understand them. They were there, though, almost all the time. Then sometimes, they’d leave and that’s when she would visit.

I had no idea who she was but I came to rely on her over the time I stayed in that dark place.

She’d take my hand and stroke me, helping me through the pain. 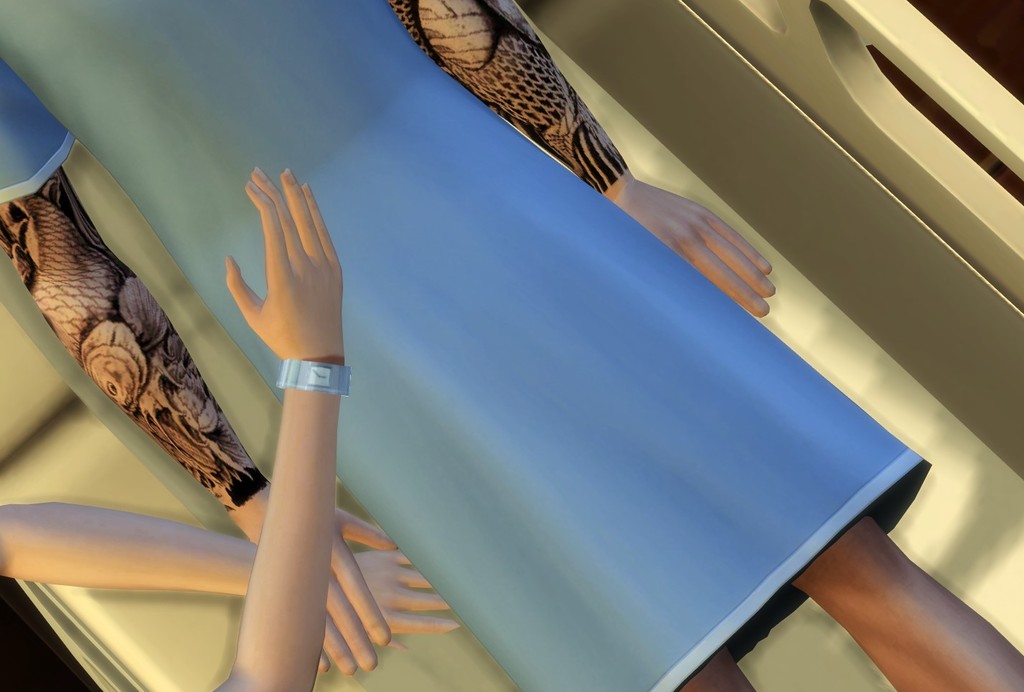 At first, I thought she was a nurse, coming to do physical therapy or maybe she was just being kind, but day after day, she would be by my side once visitors had left. I searched my brain for who this angel could be. 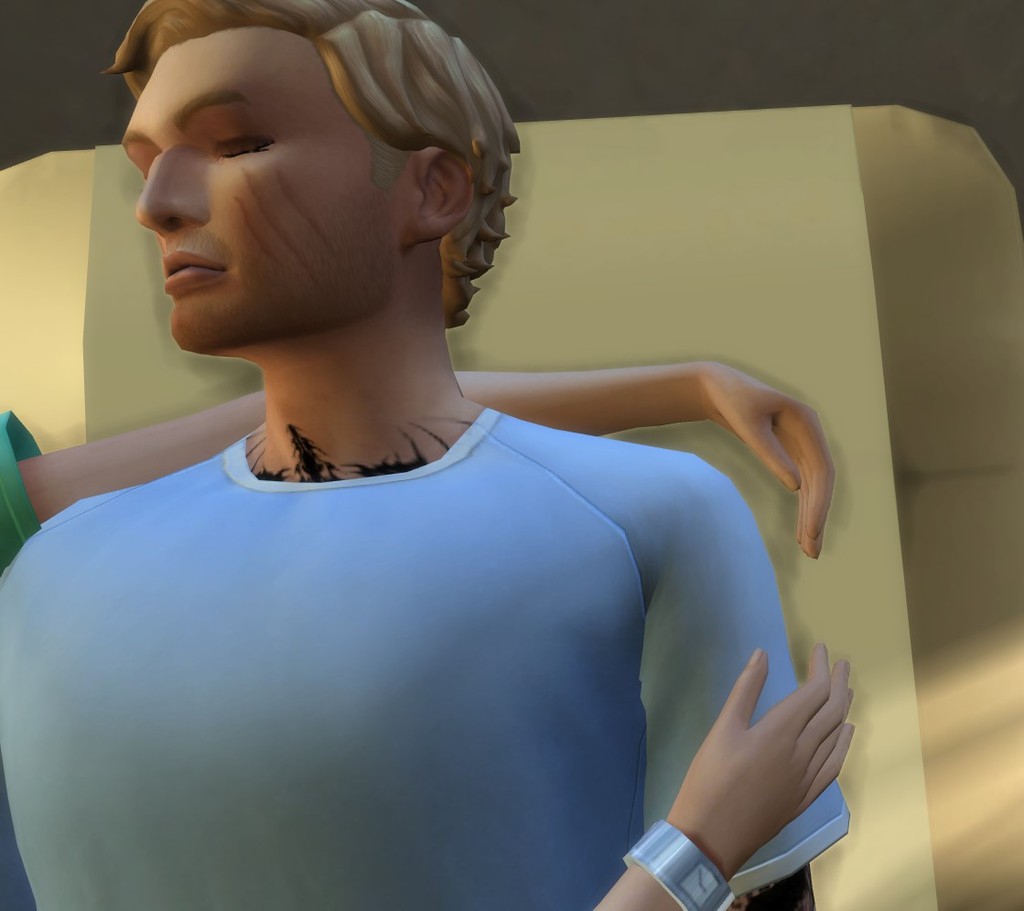 She held me tight much of the time and would whisper sweetly to me, although I couldn’t understand what she said. My mind was in a jumble but the touch she gave me was all I needed at that time. 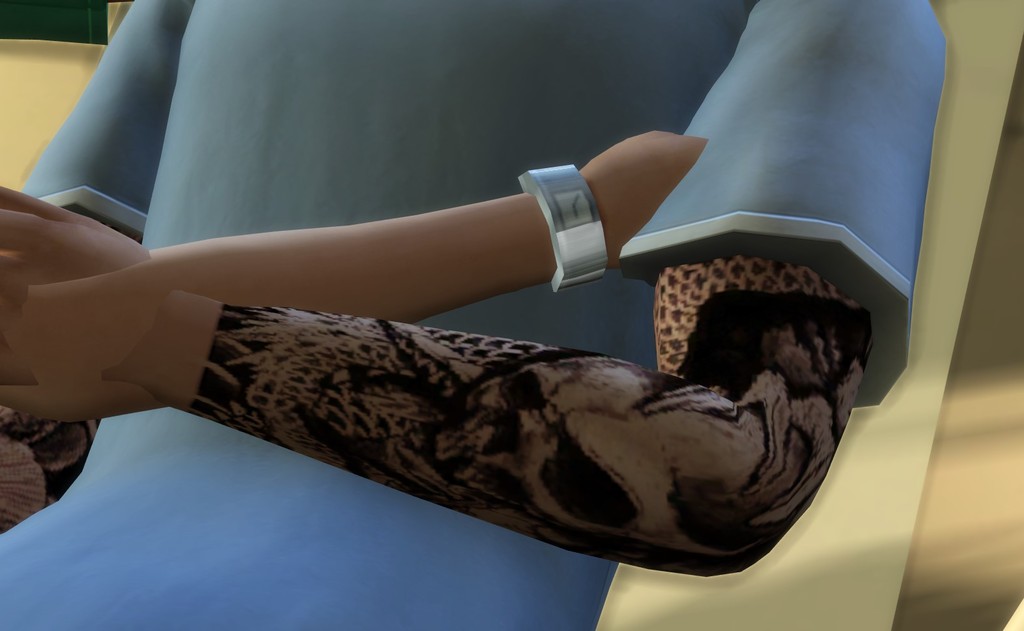 I figured it must have been Mako. Although I’d wanted to break up with her, I never got the chance. If an accident happened to me, I was sure she would be by my side like that. This made me happy because the love of this woman told me she was sorry. I was ready to forgive her. 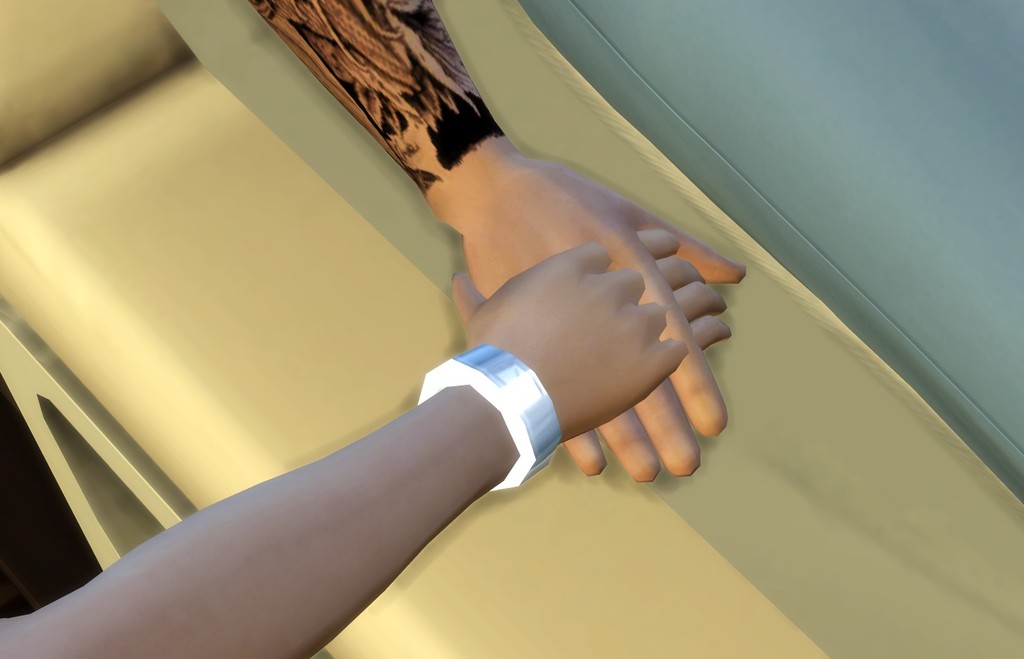 But then sometimes, the woman would bring a guitar and strum delicate chords. These were simple, not something a master guitarist like Mako would do. This was a beginner. So it couldn’t have been Mako.

Who was this angel?

I was so confused, but after a while I stopped caring about who it was because I needed her. Sometimes the pain would be so intense that I would cry out. She would send for someone and then my suffering would diminish as smooth fingers of cool medicine washed though my limbs in relief. She would kiss my fingers and stroke my head. 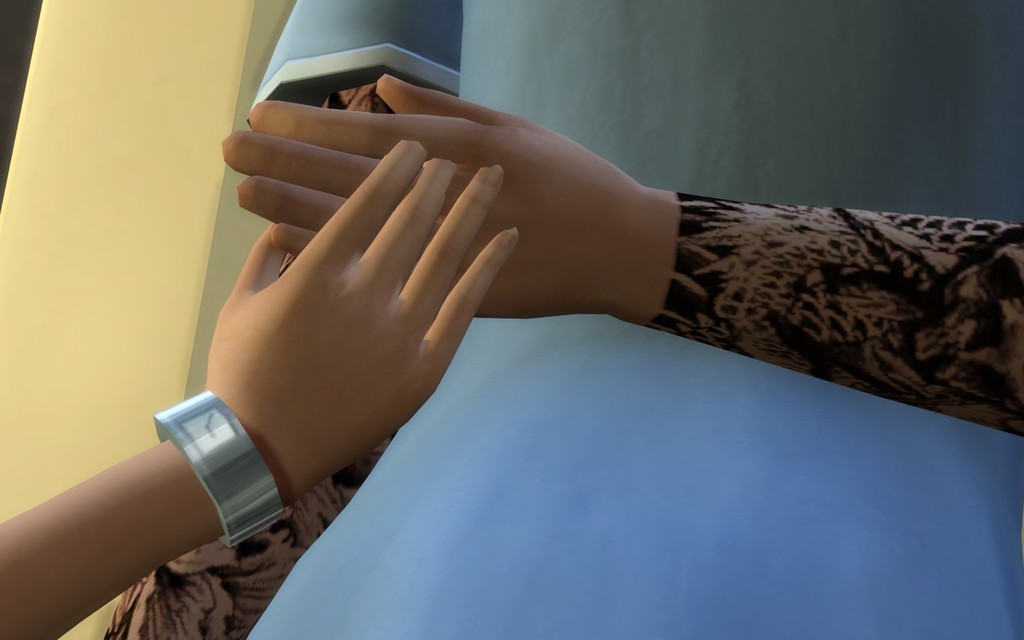 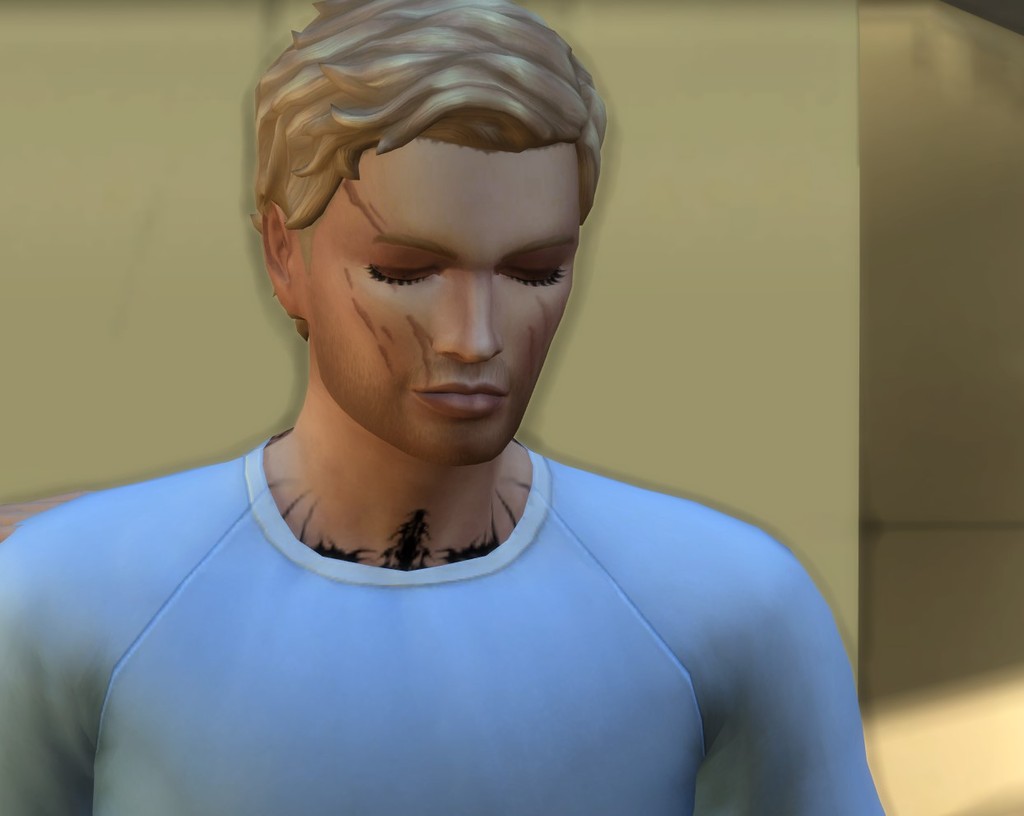 And she loved me. 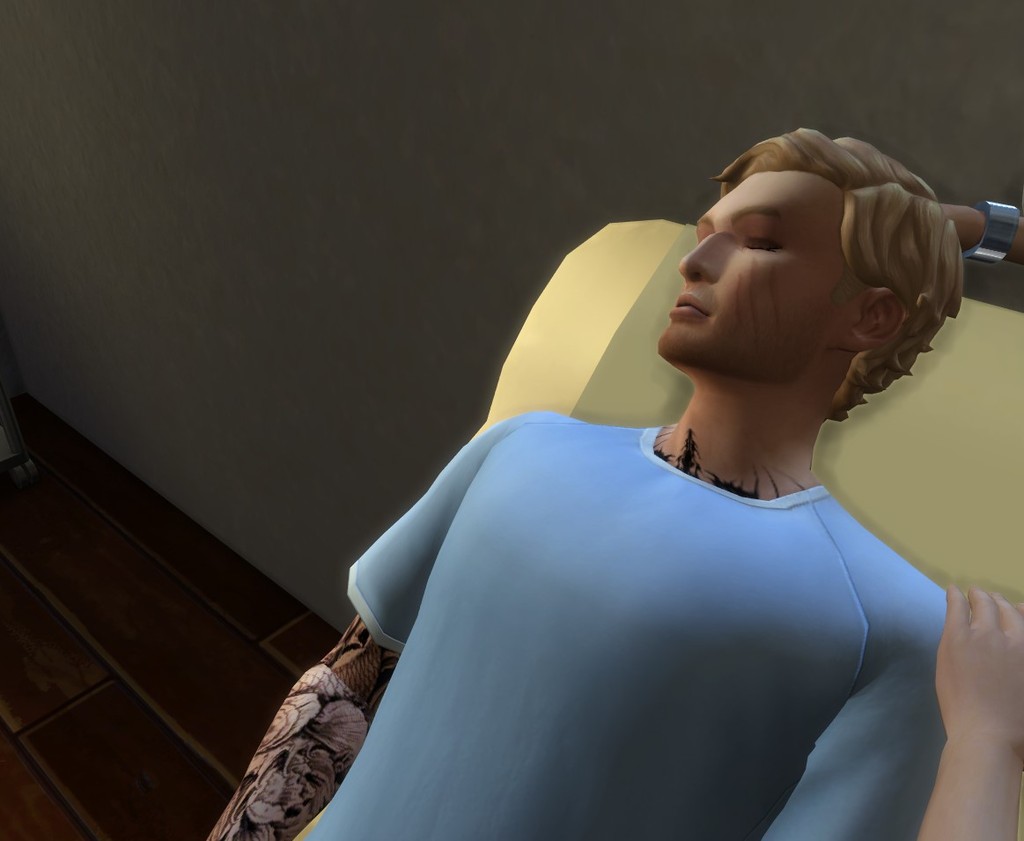 One day after the pain increased so much I screamed. My eyes suddenly opened and I saw my angel’s face.

I gasped.
Powered by