It was Halloween night and my corporation was throwing a spooky party. It was to raise funds for San Myshuno General Hospital for their cancer division. Grayson was overjoyed at the turn out. This was his event, after all, since my R & D team worked closely with the doctors from that hospital.

He looked so cute in that pink wig. He’d made the zombie outfits for us and teased my hair. I joked that he should have been a hairdresser instead of a research scientist.
​ 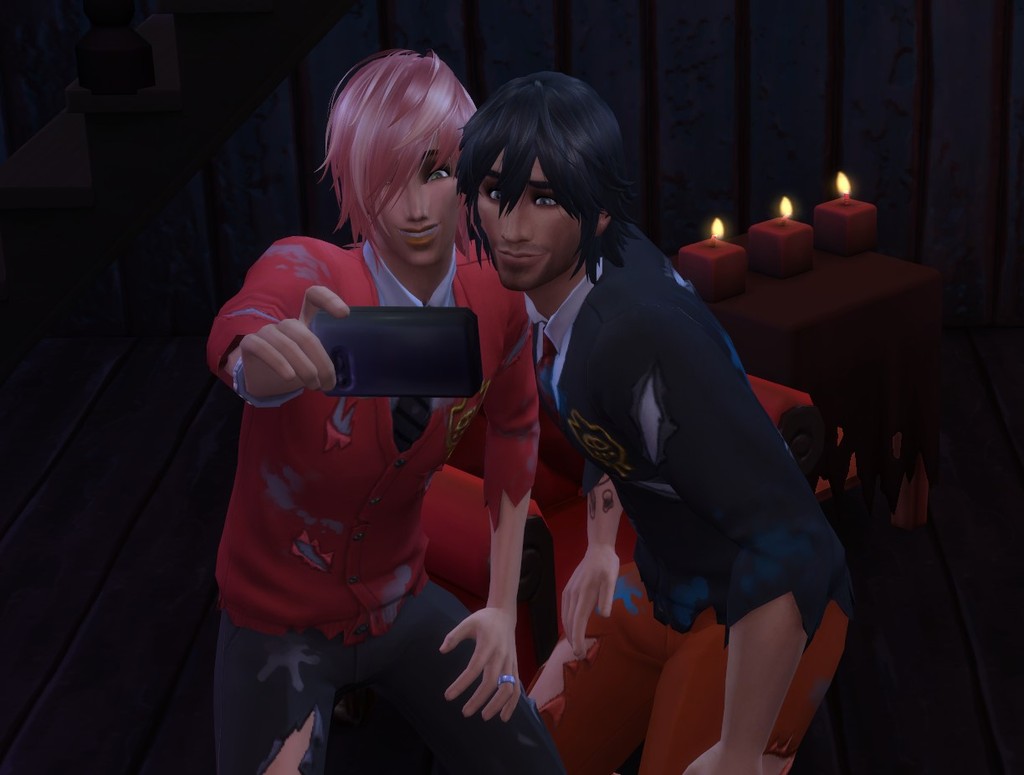 After taking the shot, he stiffened.
​ 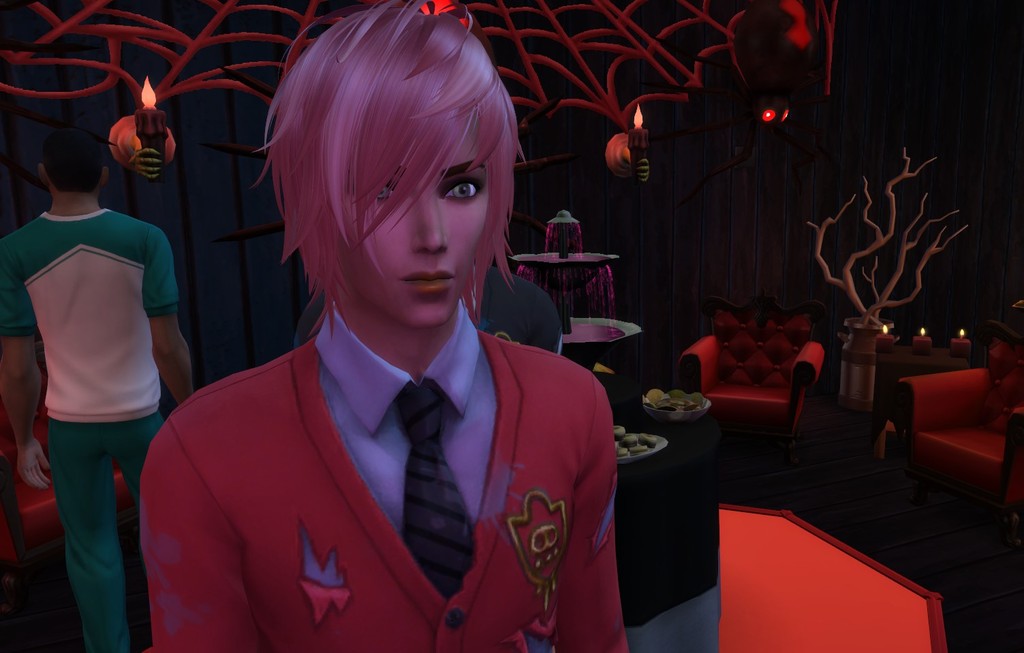 “What’s the matter, Grayson?” I asked. “You don’t like that picture? We can always take another one.”
​ 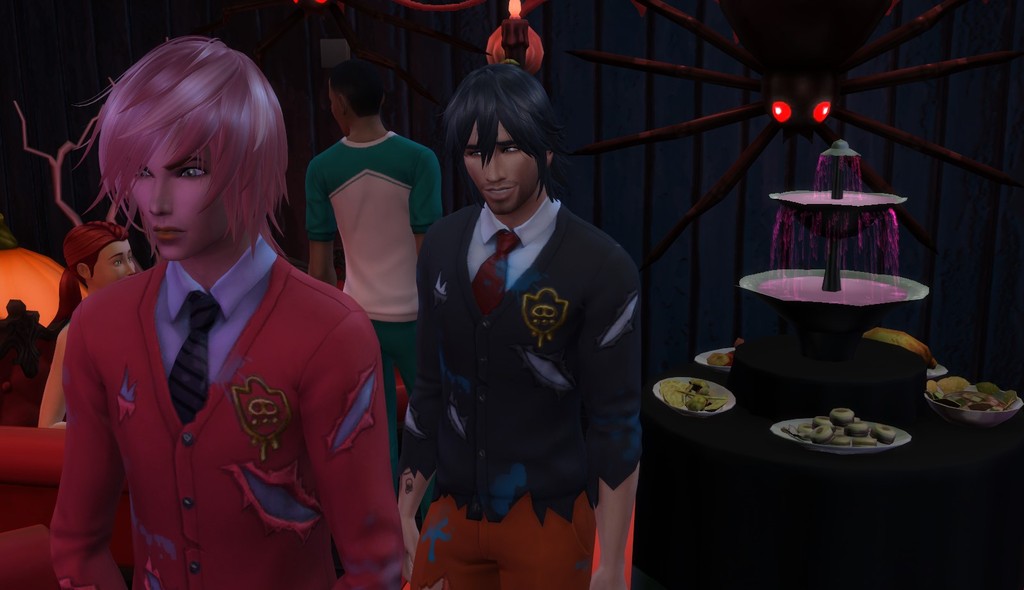 And then my eyes followed to where he was looking. Alex and his boyfriend had just walked in along with Bri and Benton.
​ 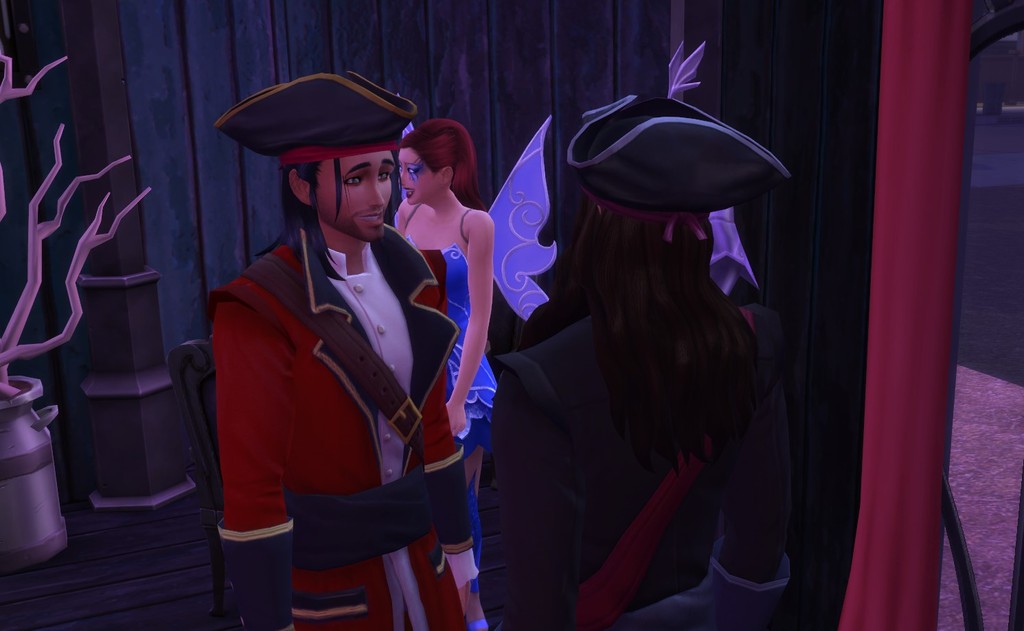 Crap. I’d forgotten Ben worked for SM General, otherwise, I would have warned Grayson that Alex might show. Good God, he’d better not throw a fit, I thought. “Hey, Gray, come over here and let’s get some punch, okay?”

“What in the hell is he doing here?” Grayson scowled. “He wasn’t invited.”

“Um, technically, this is an open event to raise money. Ben’s a doctor at General so he must have bought tickets for Alex and Dallas, too. Just ignore them. Come on.” I tugged at his arm but he jerked it away.
​ 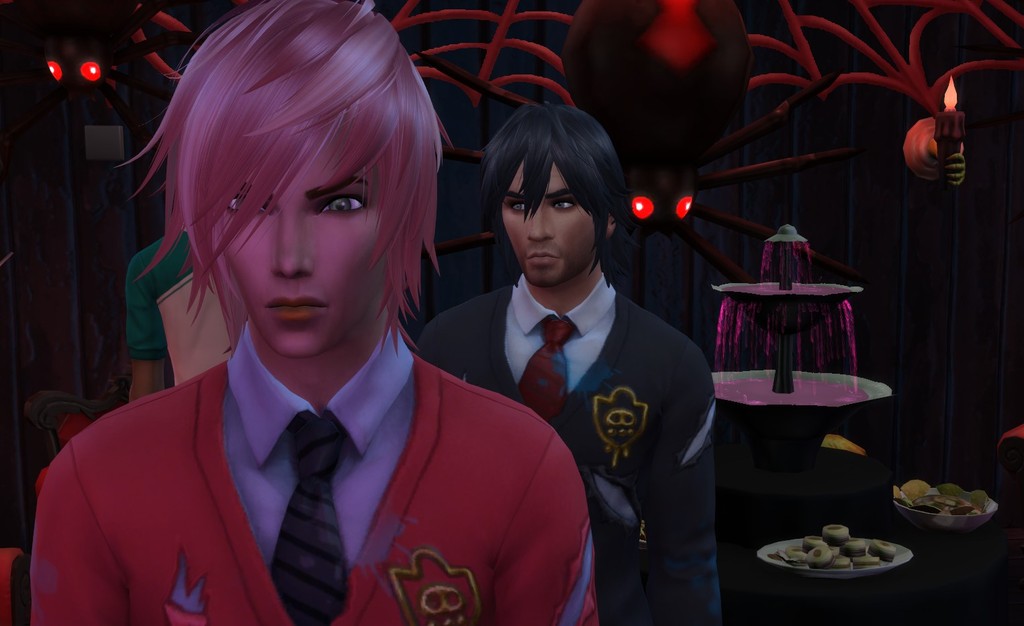 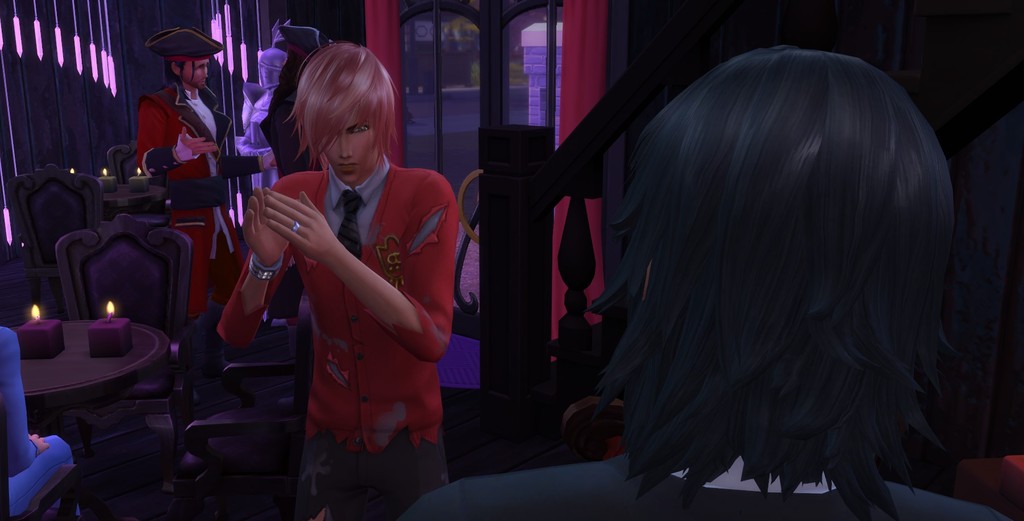 I flung my arms. “You are NOT going to say anything to them.”

“Are you dumb? I’m not about to have this night ruined because he’s here. Sorry.”
​ 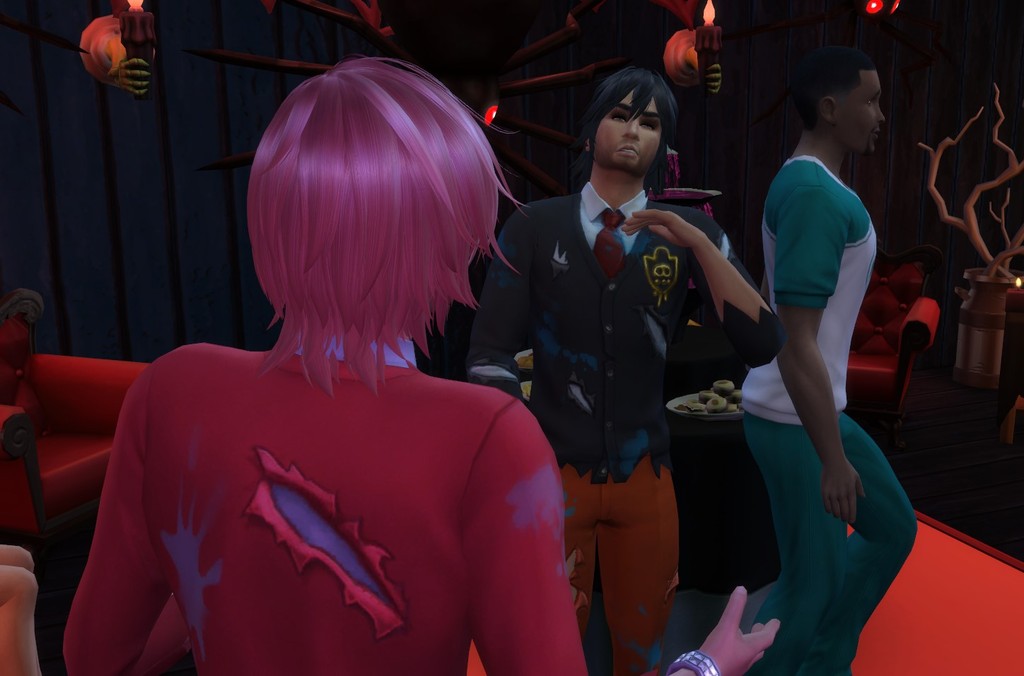 I was going to lose it. Unloading all my anger on him, I snarled, “What is with you and this jacked up jealousy over Alex? You are pissing me off to no end with this. Stop it!”
​ 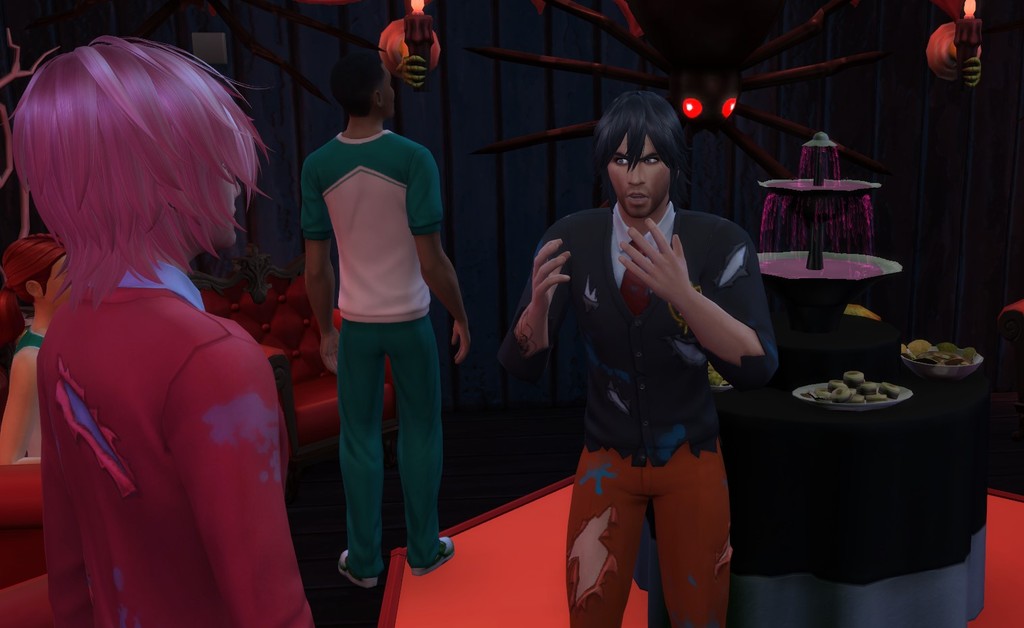 “You’re pissing me off by not backing me up, Knight. I would think you could talk to them for me, but you won’t.”

I threw up my hands in frustration. “You want me to talk to them? Fine. I’ll go over and talk to them.” But I wasn’t about to ask them to leave. I’d decided to be nice to Alex to piss him off even more.
​ 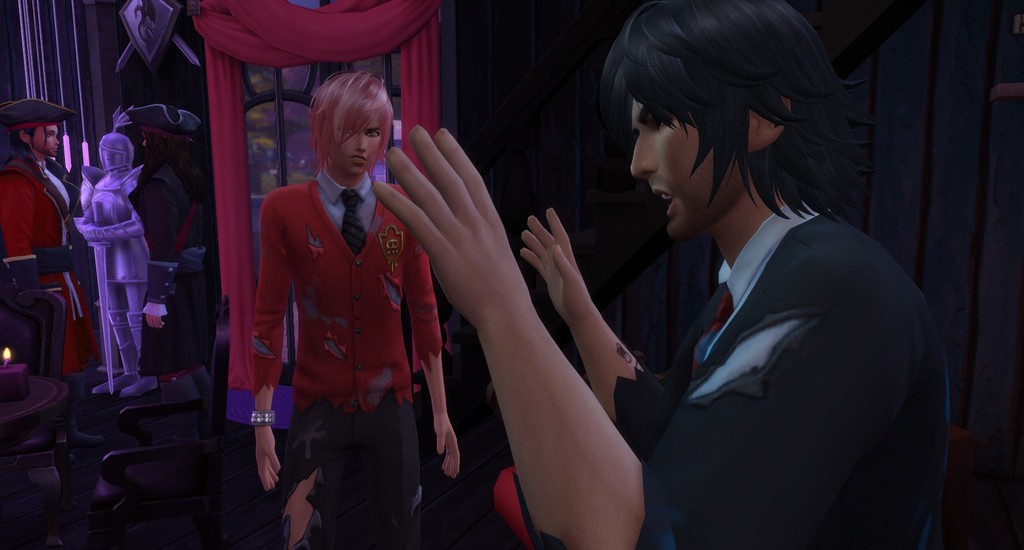 Walking over to Alex, I said, “Welcome to our spooky party event, Alex and Dallas. Glad you could help out with raising money for the hospital.”

Alex smiled. “Thanks, Knight. I didn’t know you’d be here. We just came with Bri and Ben.”
​ 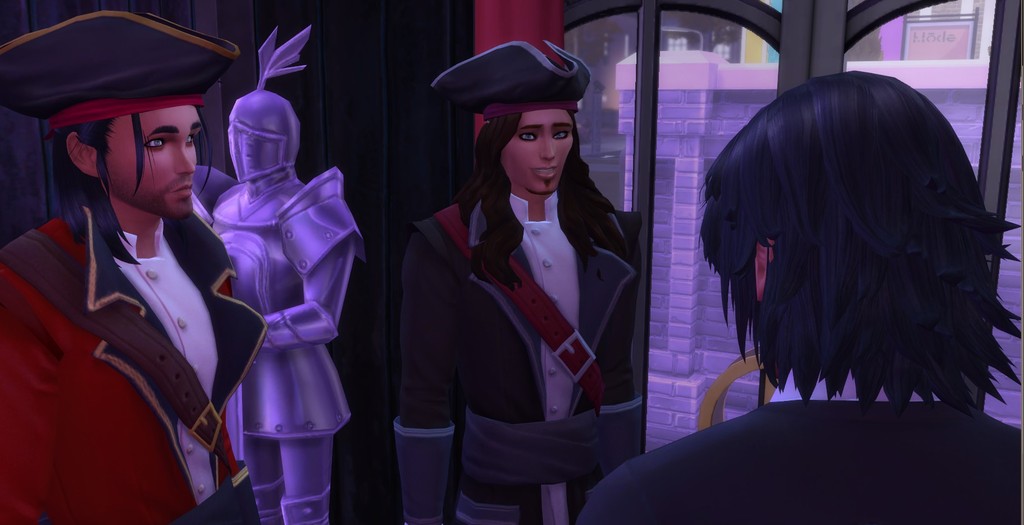 Dallas pointed at Grayson behind me. “Um, dude...is that your boyfriend? He doesn’t look very happy.” 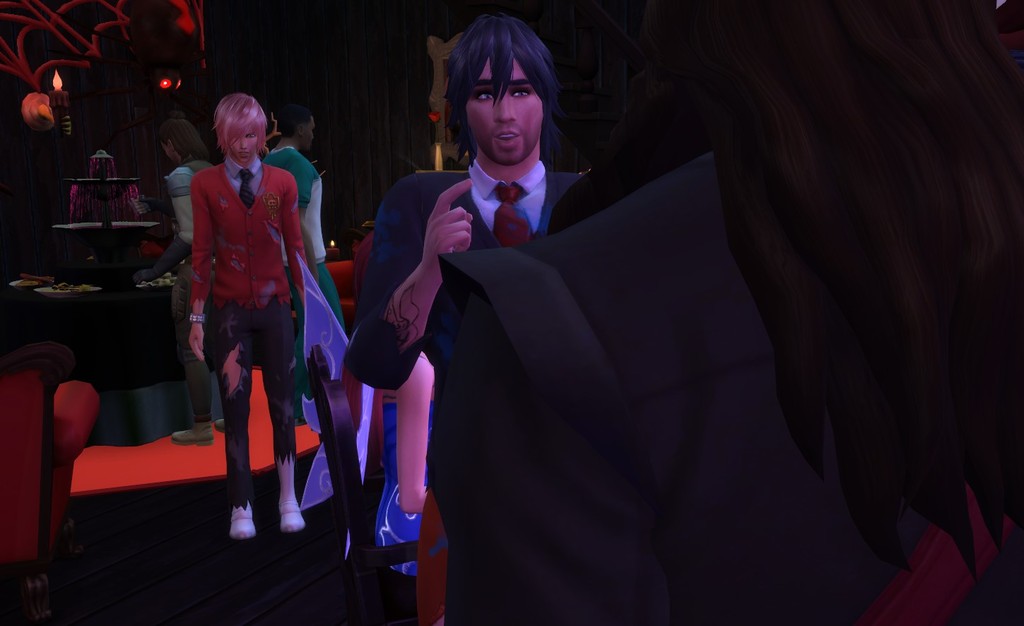 Turning to Dallas, Alex asked, “Could you get me something, babe? I’m starved.”

Looking between us, Dallas shrugged then took Alex’s hand and whispered in his ear. Alex smiled wide. I had to try not to roll my eyes.
​ 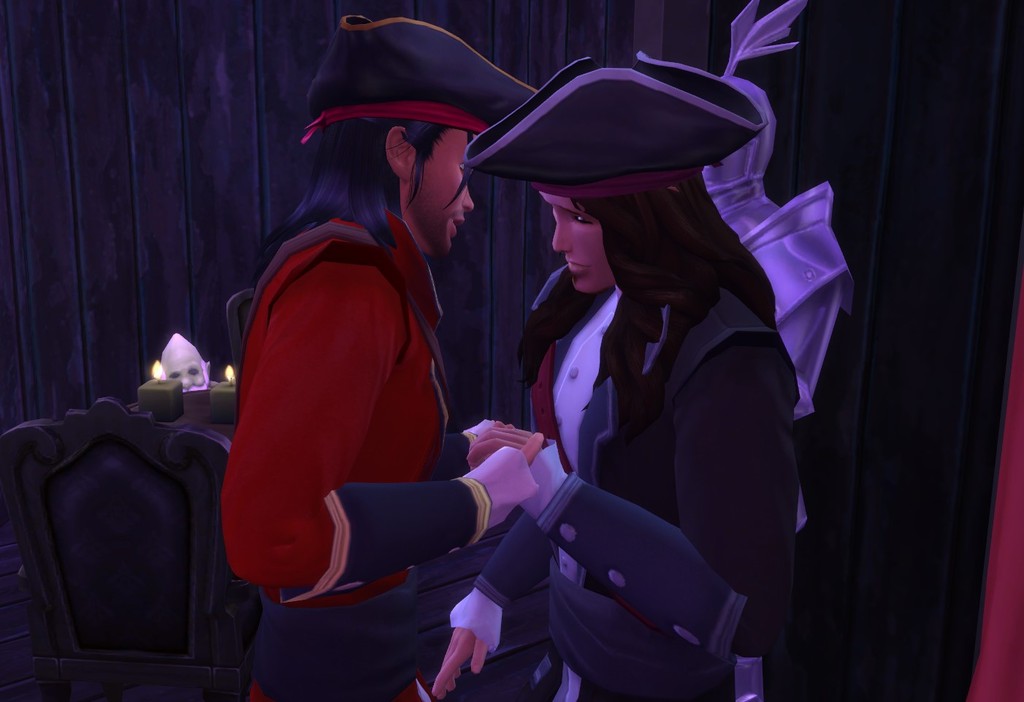 Leaving us alone, Alex said, “You look great as a zombie, Knight. Death becomes you.”

I chuckled. “Well, an evil pirate really suits you better than I would have guessed...”

​He laughed then an awkward silence descended on us. 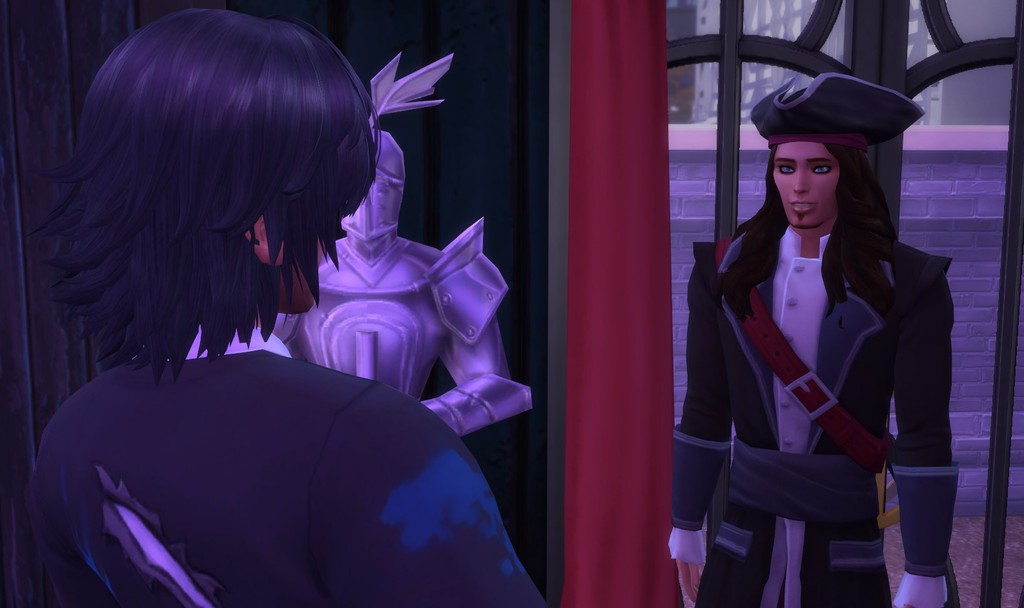 I didn’t want to put him on the defensive. I was just worried about him. How was I supposed to tell him his boyfriend was a major nightmare? I wanted to warn him, but had no clue how to do that.
​ 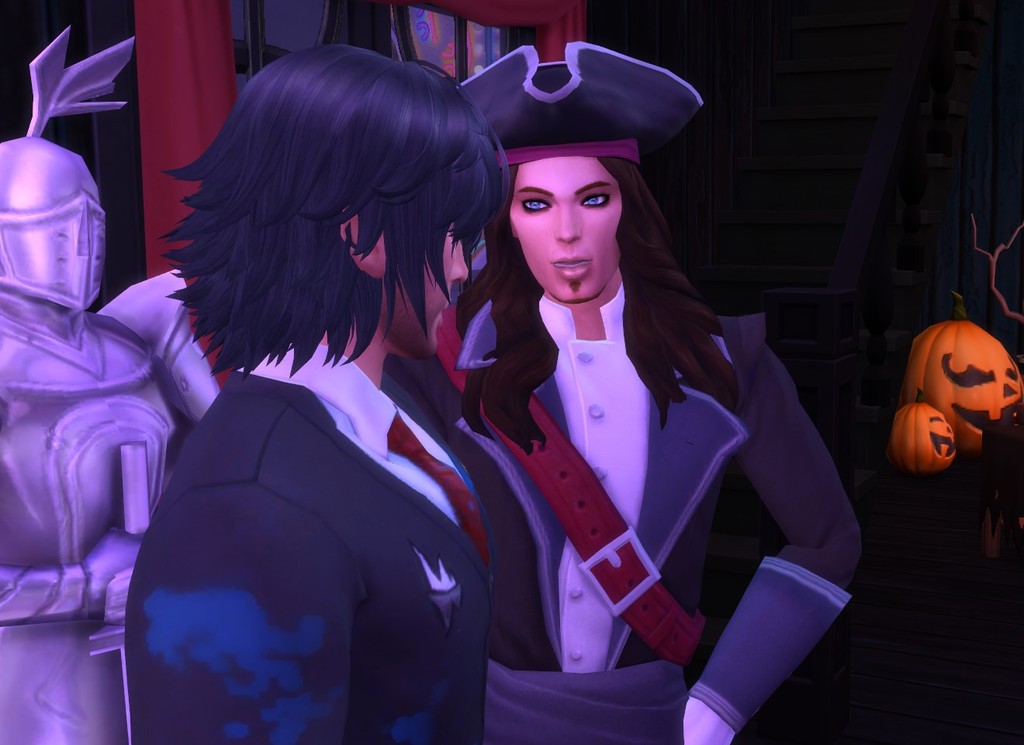 Sifting my fingers through my hair, I said, “Um...well, I used to know Dallas a long time ago. You guys are okay, right? You don’t fight or anything do you?”
​ 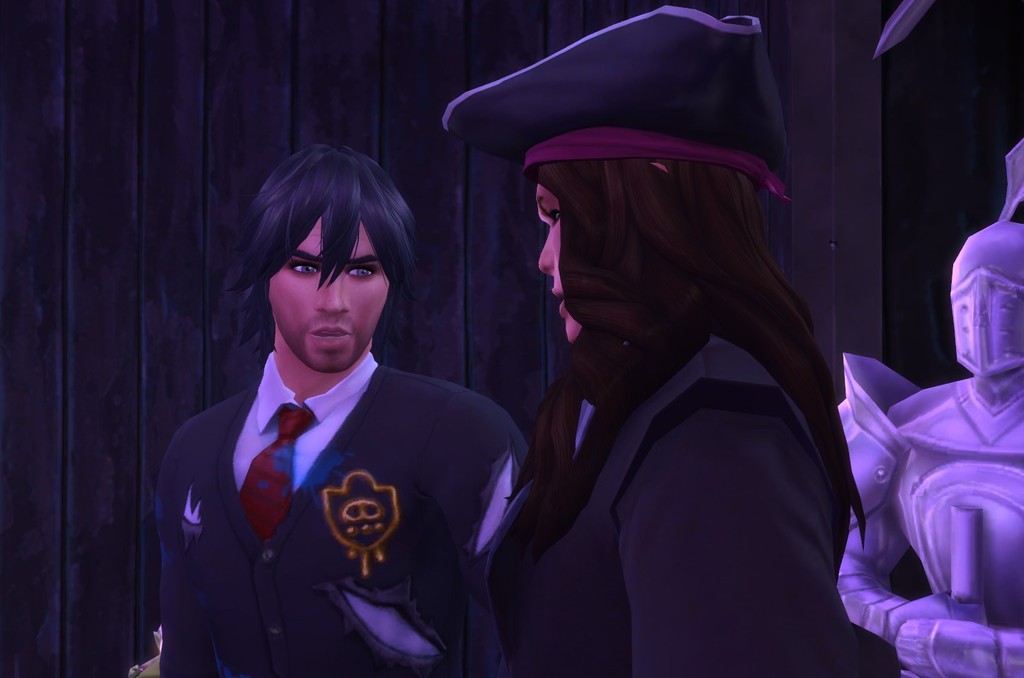 Shaking his head, he answered, “We don’t fight at all. In fact, we’ve never had an argument in all the time we’ve been dating.”

“That’s more than I can say for when we dated.” Alex laughed.

I nodded, half smiling. “Yeah, I guess we had our first fight at that Gala party.”

Snorting, he said, “No...we had our first fight when we met. Remember you threatened to rearrange my face if I didn’t get you that part for your corvette?”

Talking about old times made me nostalgic. I felt a yearning to go back in time when things were new and exciting. Before our relationship got messed up. “Yeah...I was a real dick. You know I felt bad about that.”
​ 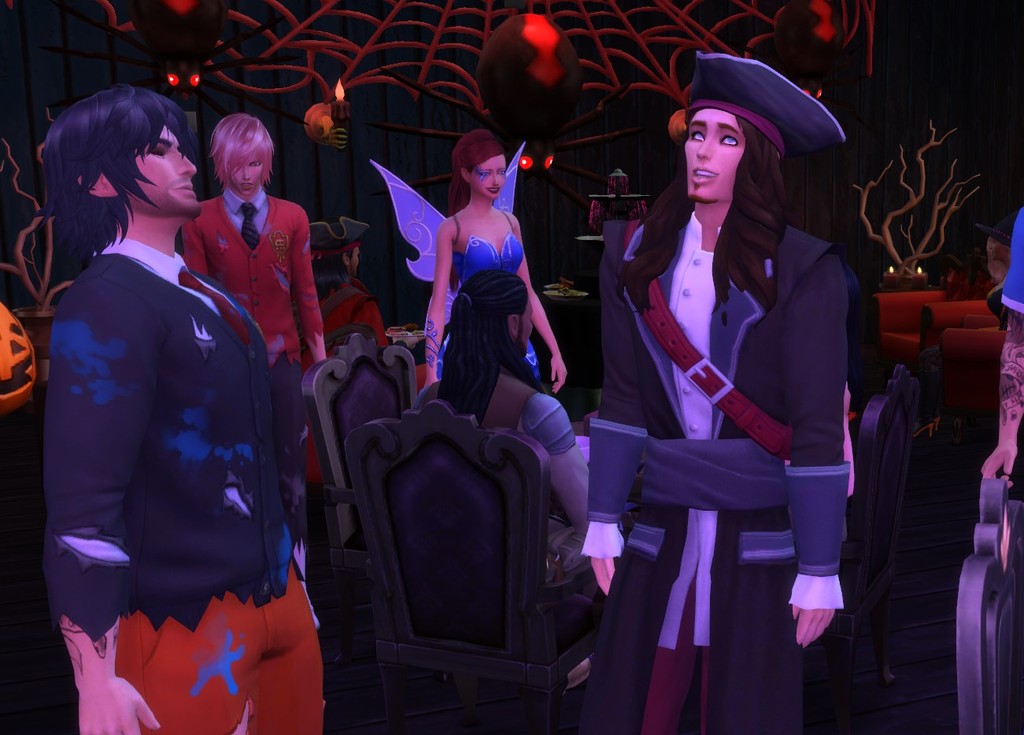 Interrupting us, Dallas tapped on Alex’s shoulder and said, “I’ve got our food ready at a table, babe. Let’s go, okay?”
​ 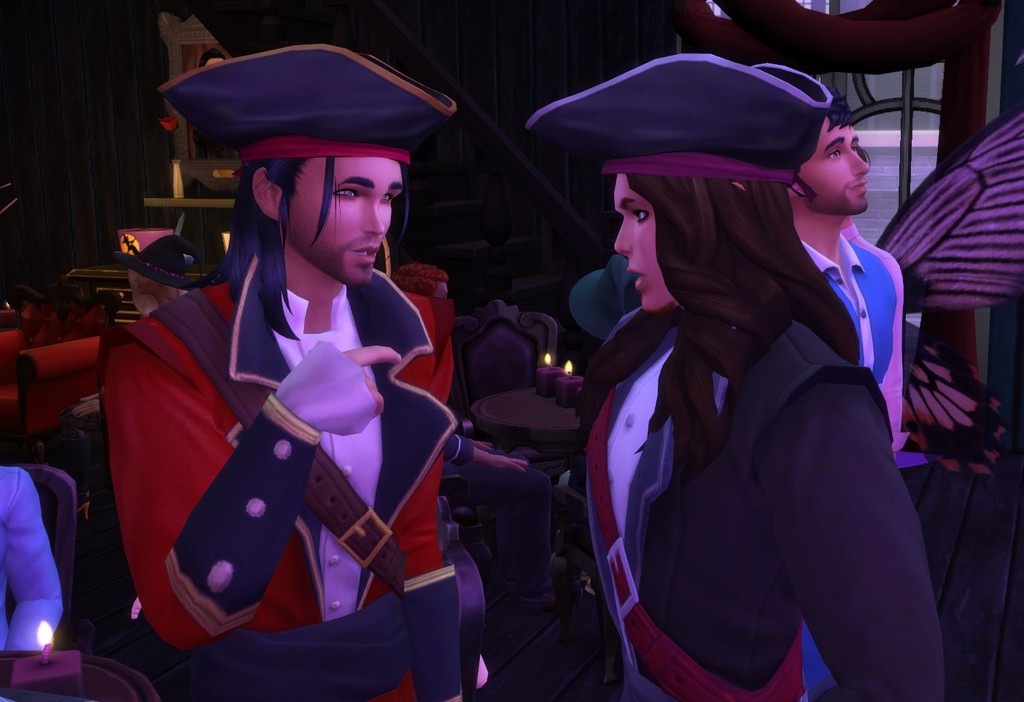 Kissing his cheek, Alex said, “Thanks.”
​ 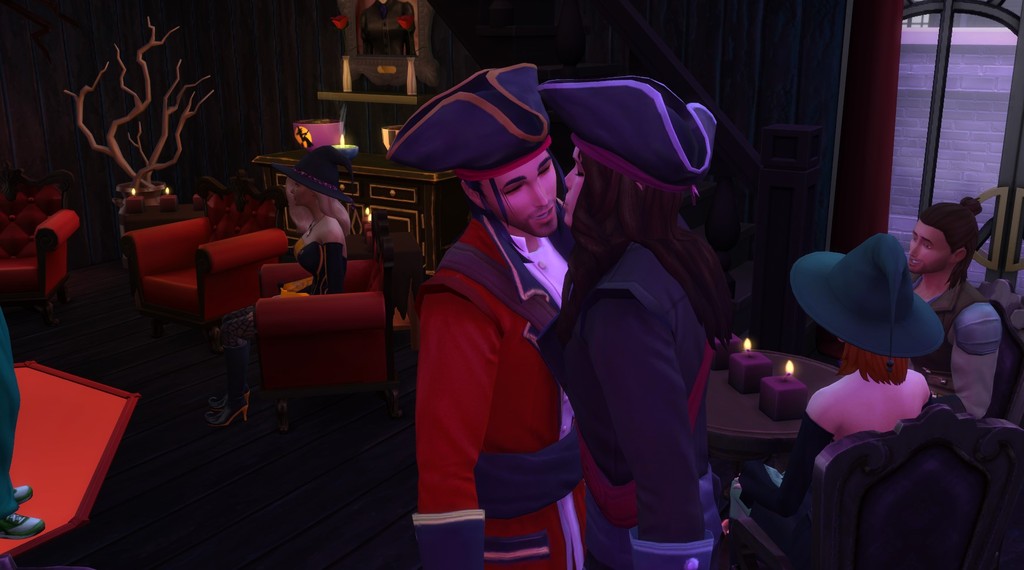 Alex waved at me, and I watched as the two lovebirds went over to a table, chatting away with Bri and Benton.

I hated feeling jealous of them. And I had a freaking fight on my hands with Grayson. I did not want to deal with it, so, instead, I went over to the bar and got a drink.

I couldn’t help but feel sorry for Knight. His boyfriend was throwing a raging fit at him. I was so embarrassed, I couldn’t watch anymore, so I went on a search for the restroom.

On my way there, Grayson stopped me. “I don’t know who invited you, but you need to get the hell gone. This is my party. No one wants you here.”
​ 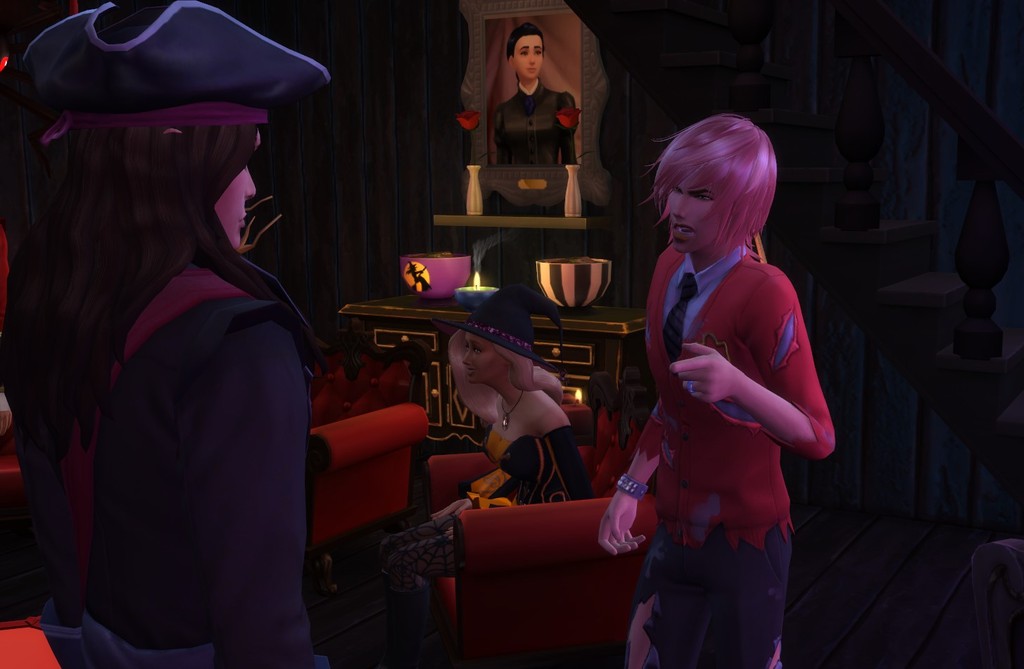 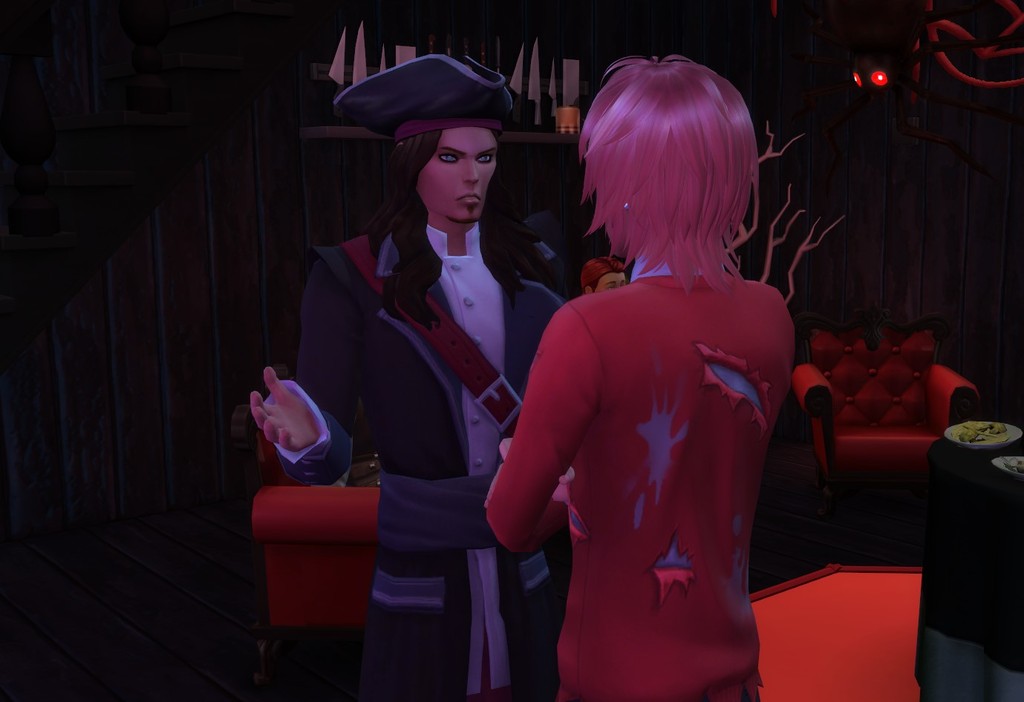 He crossed his arms and hissed low, “If you don’t get out of here, I’ll have you thrown out.”
​ 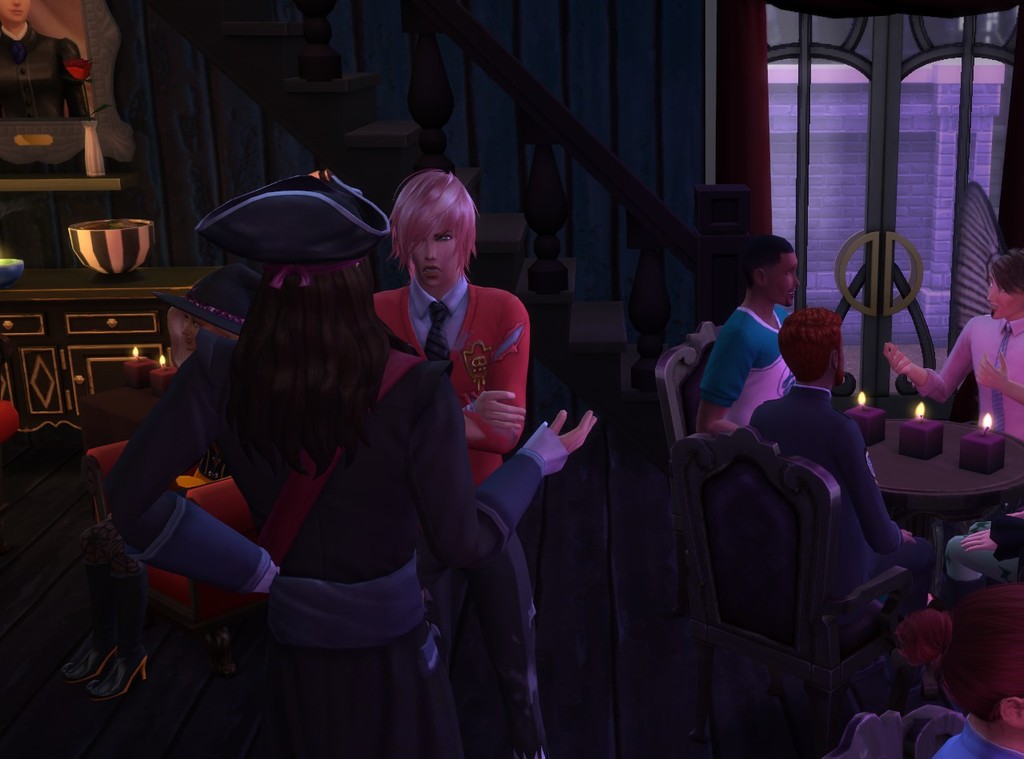 That was the last straw. I’d been wanting to have a reason to punch his wimpy face and now I had it. “Oh yeah...who’s going to throw me out? You?”

By that time, Dallas came up behind me, and I saw Knight running toward Grayson. But they were going to be too friggin late. I clenched my fists and got in his face. “Answer me, you bony ass freak!”

Knight pushed me back, protecting Grayson. He yelled, “No, Alex! Don’t!”
​ 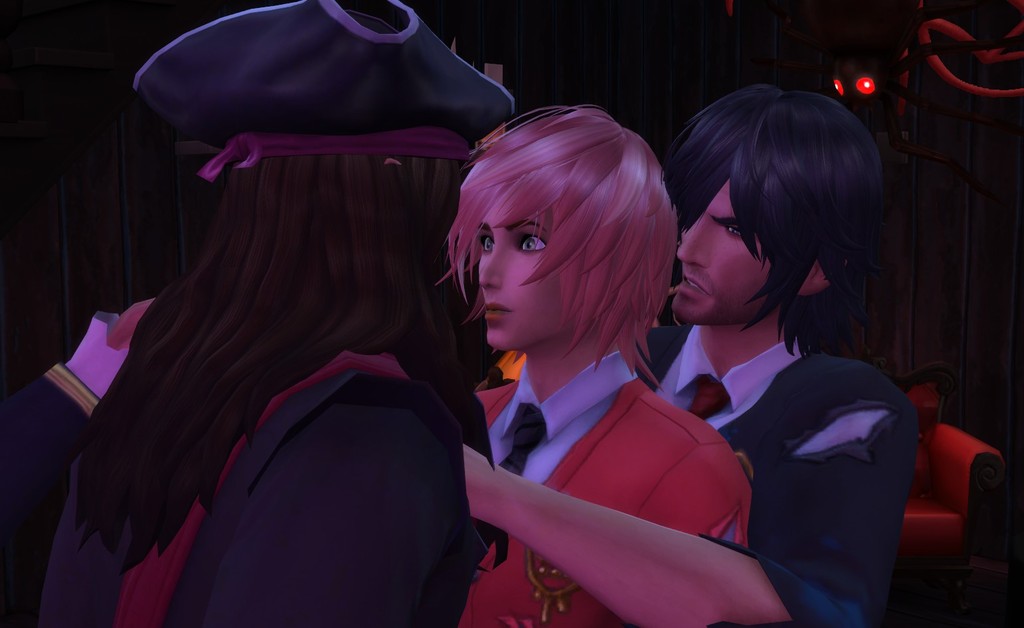 “He threatened me, Knight. I'm going to teach him a lesson!” 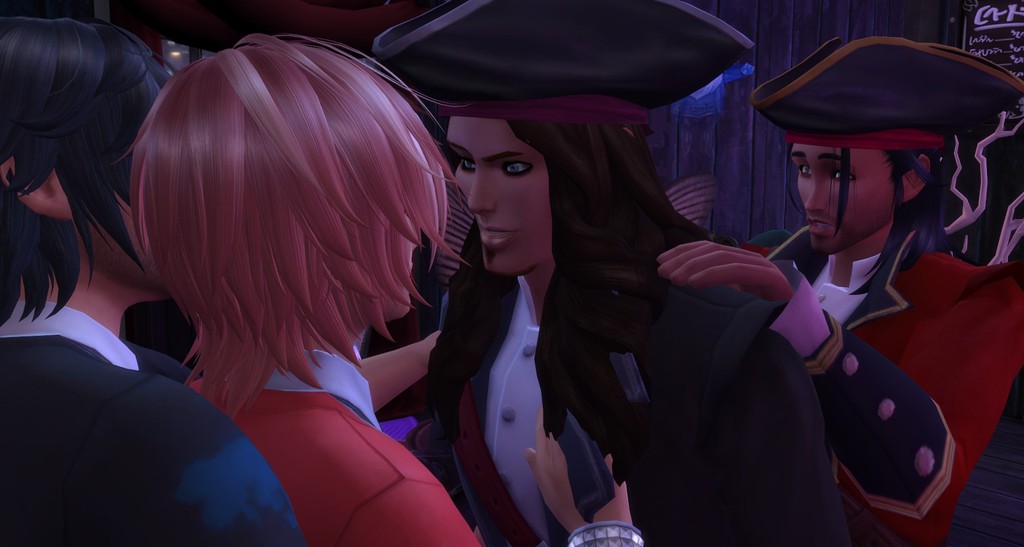 “You just got lucky,” I growled, shaking off both of their hands.

Stomping toward the door, I was so angry I kicked whatever was in my way.
​ 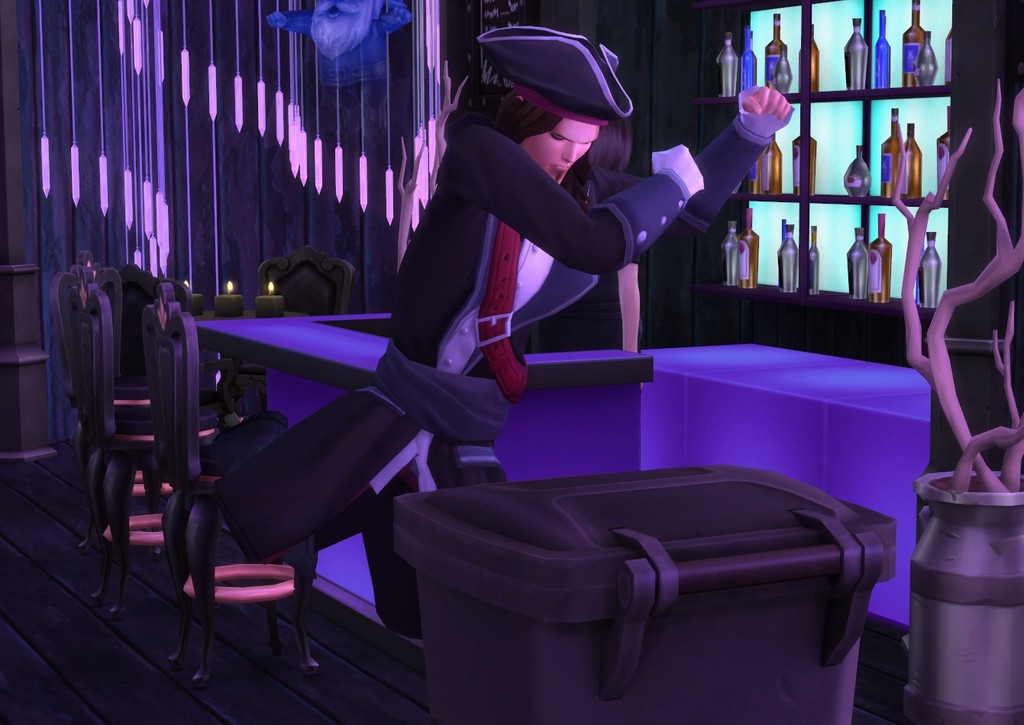 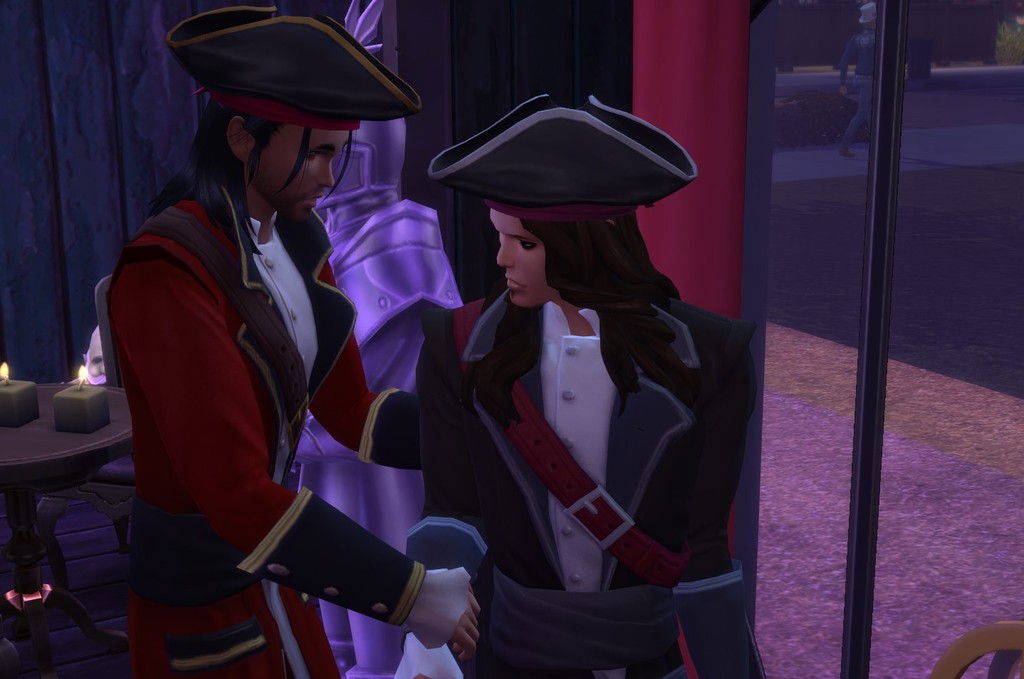