My stomach clenched, looking at the angry mob in front of me. I was glad no one carried a rope because it would have been tied around my neck by now.
​ 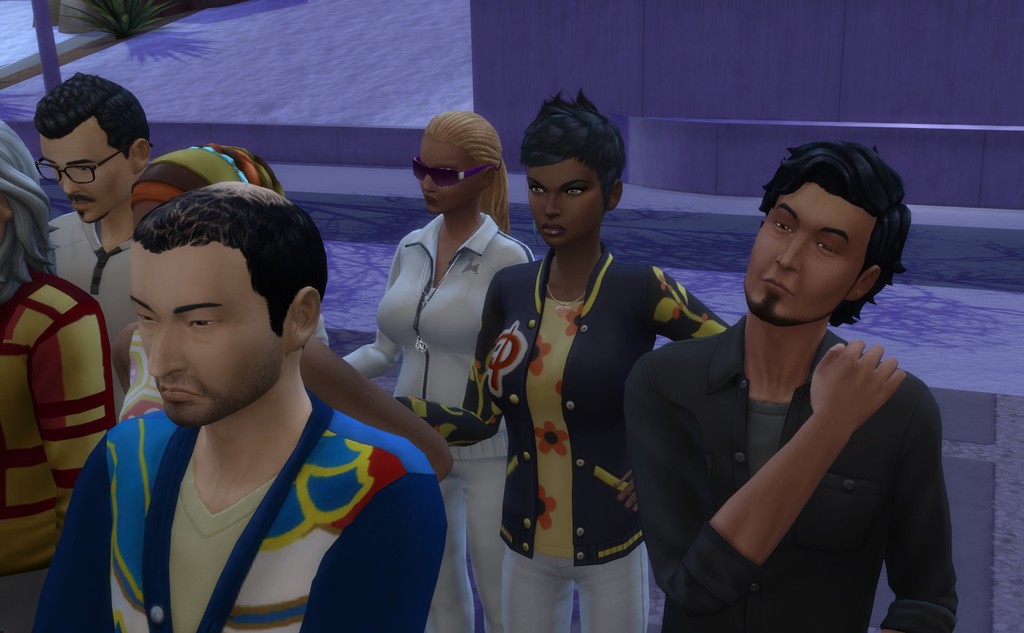 It was my asshole nephew’s fault. Jackson and his little followers got the word out that this nightclub had been sanctioned as a children’s museum. No one cared before, but since one of the girls in his harem spewed hate speech to the press the day before, there was an all out battle cry by tonight.

Swallowing, I went on with my speech, “And there are better areas for the little ones to have their children’s museum. The city council didn’t think the arts district was such a good idea. Too many hoodlums hanging around.”
​ 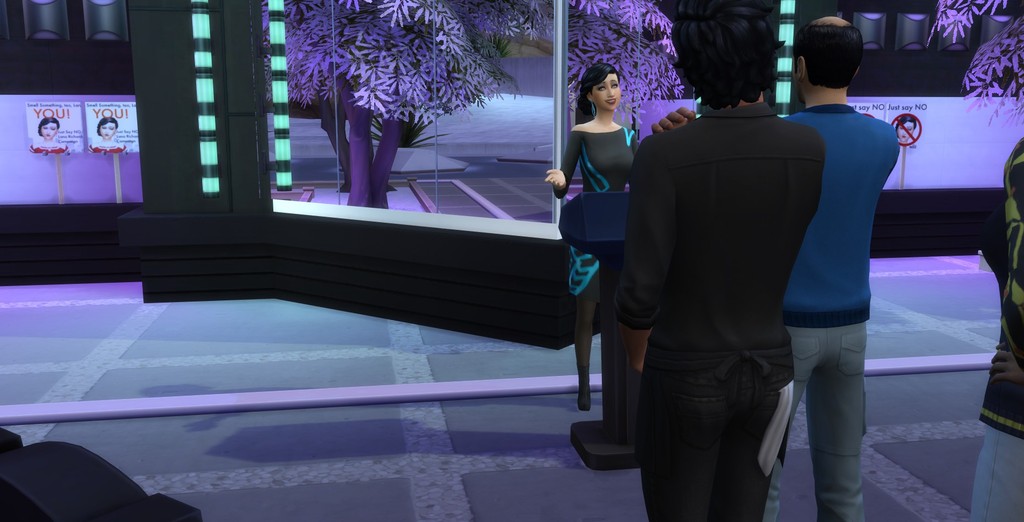 One lady put a hand on her hip. “Who are you calling a hoodlum? The artists? Because I haven’t seen any around here.”

“Yeah,” another guy said, crossing his arms. “Children’s museums are always in the art district WITH THE OTHER MUSEUMS!”

I looked over at my boss, former governor Ronald Stump. He put his hand over his face. I was drowning with no life preserver from him.
​ 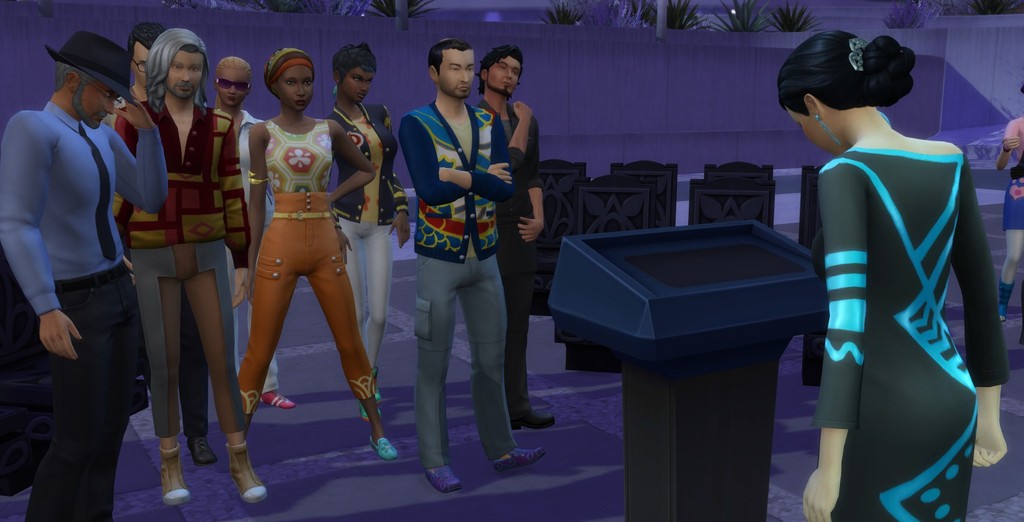 And through all of this, Jackson was actually screaming at me, yelling to “Just Say No to Lana Richardson.” I couldn’t believe he’d turn on his own blood like that. My father would have been so mad at him. But if he’d been around, I highly doubt my coward of a nephew would have had the guts to do something like this.

Could it be that he knew about the legacy?

I swished those thoughts away. No one could have known about that. I’d covered my tracks too well.
​

Glancing down at the podium, my mind scrolled on how I going to get out of this mess.
​ 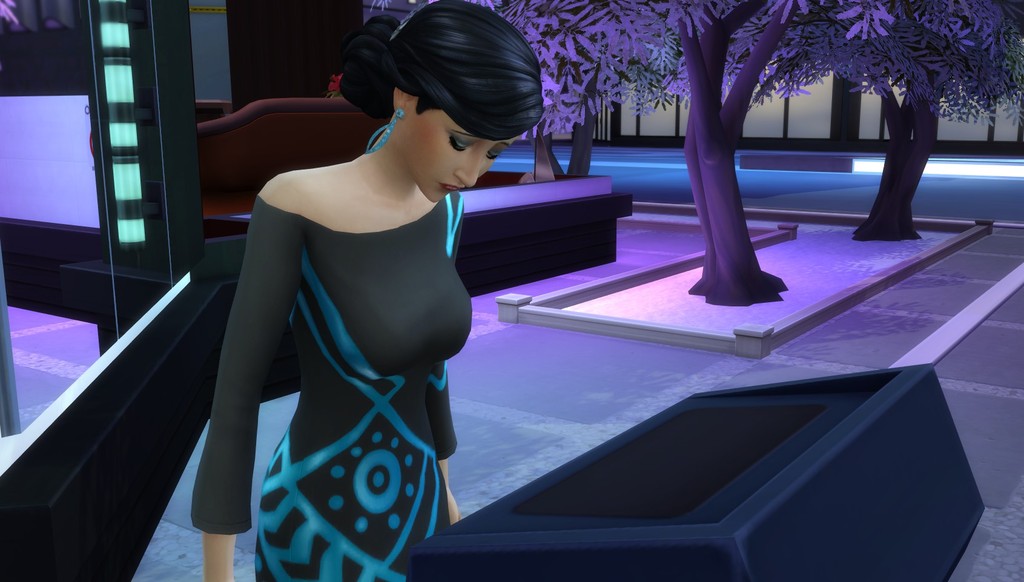 Pasting on a smile, I said, “We promise, you’ll have your children’s museum in the fashion district by 2025.”
​ 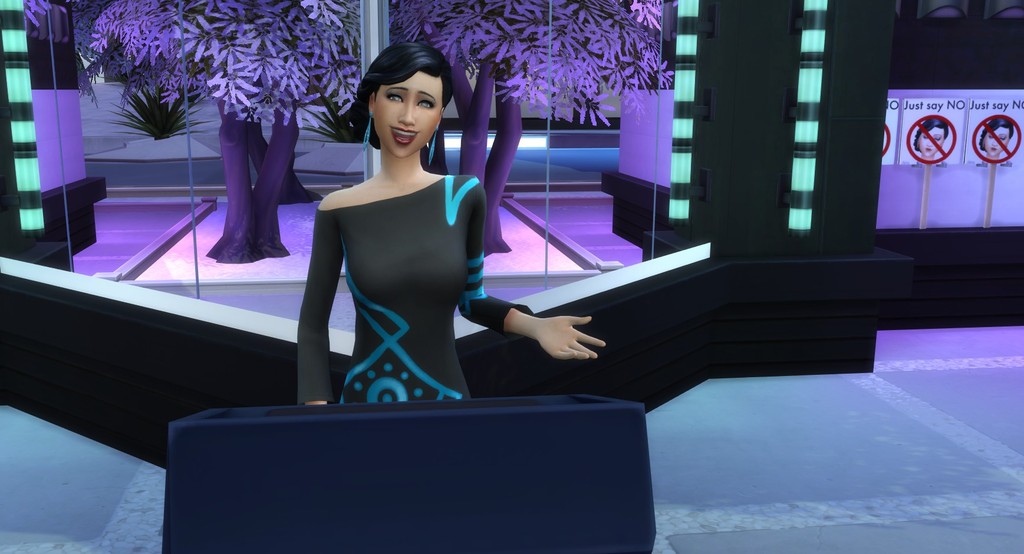 “I’ve heard enough. My kids will be teenagers by then,” a lady in a jogging outfit retorted, walking away. Other people started following. 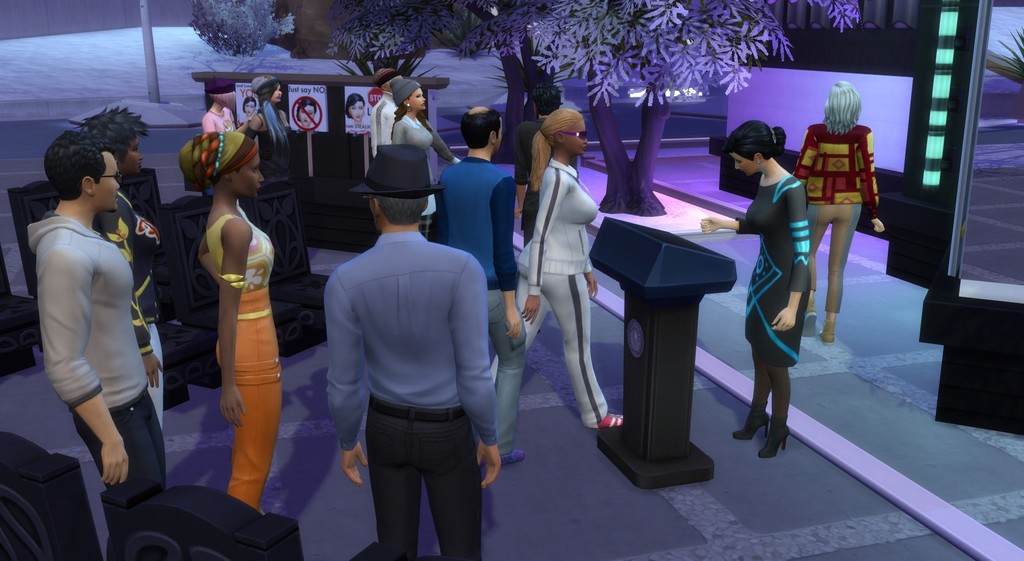 I implored, “Don’t go! I have free drink tickets to this nightclub that the city paid for!” Bribery couldn’t hurt in these situations.
​ 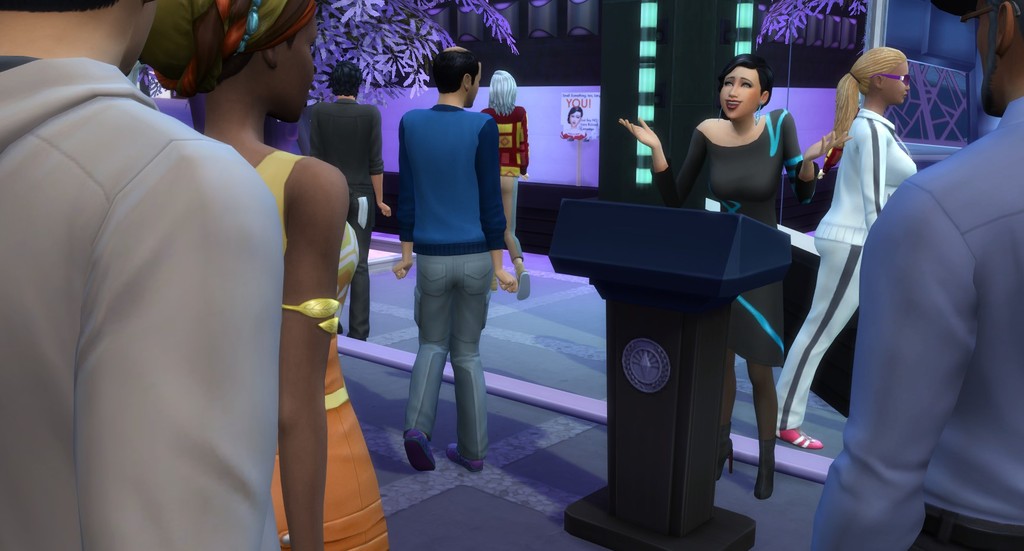 But it didn’t work.

One man said, “Lady, you know what you can do with those tickets. Give us back our children’s museum, bitch!”

A few people yelled out more profanities, underscoring the chanting of Jackson and company.

Everyone left except for one pretty lady with a blob of clay in her hand.

“No, I was debating on whether I should throw this piece of clay at you but then realized it would be better to give it to my toddler since she won’t be getting an educational place to play in this city.”
​ 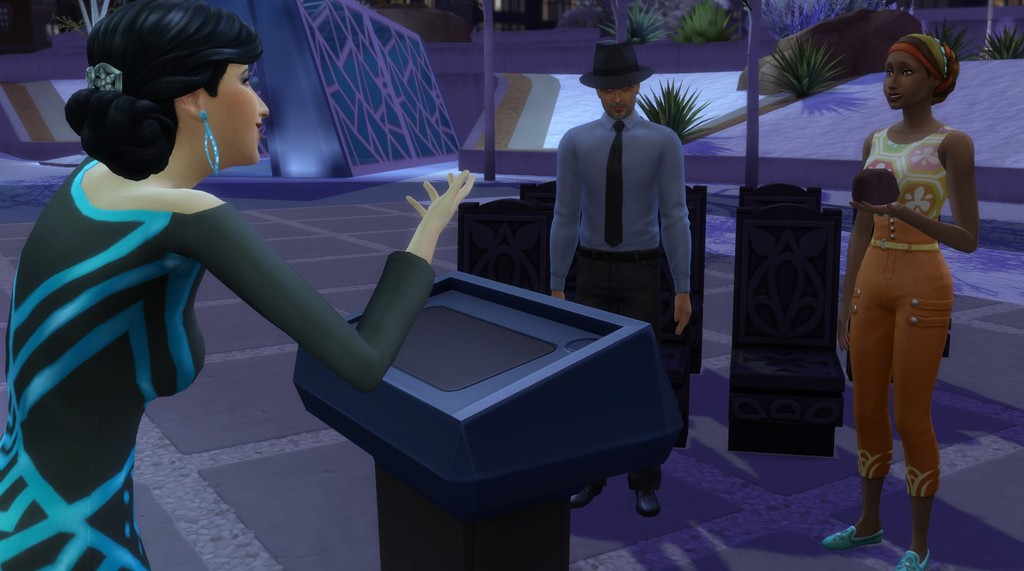 She stomped away and I was left with Ronald’s angry face.
​ 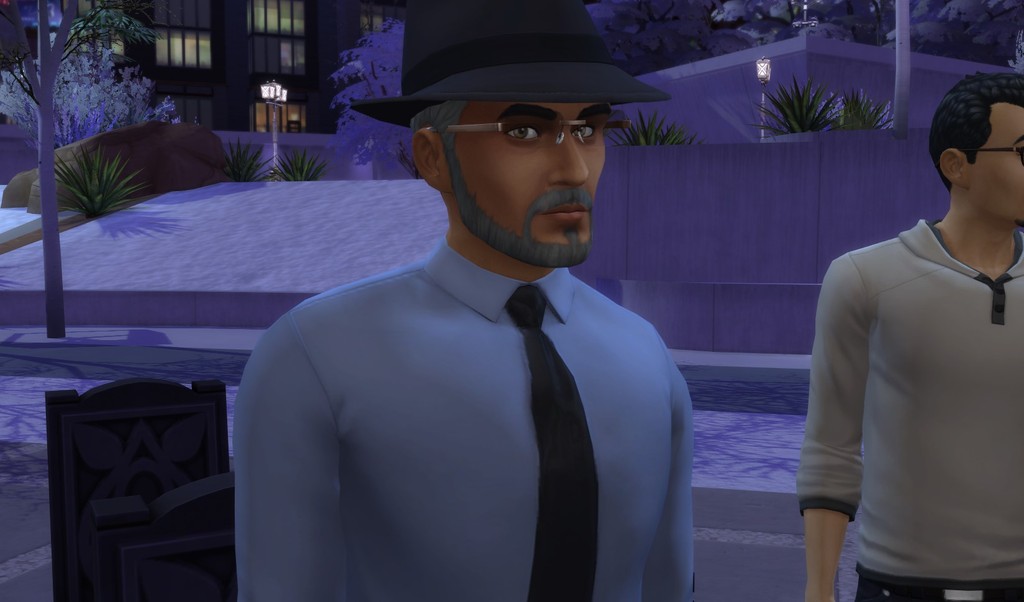 Chopping up veggies for the salad, Alex came up, putting his arms on my shoulders. “Smells good, baby. What are we having?”
​ 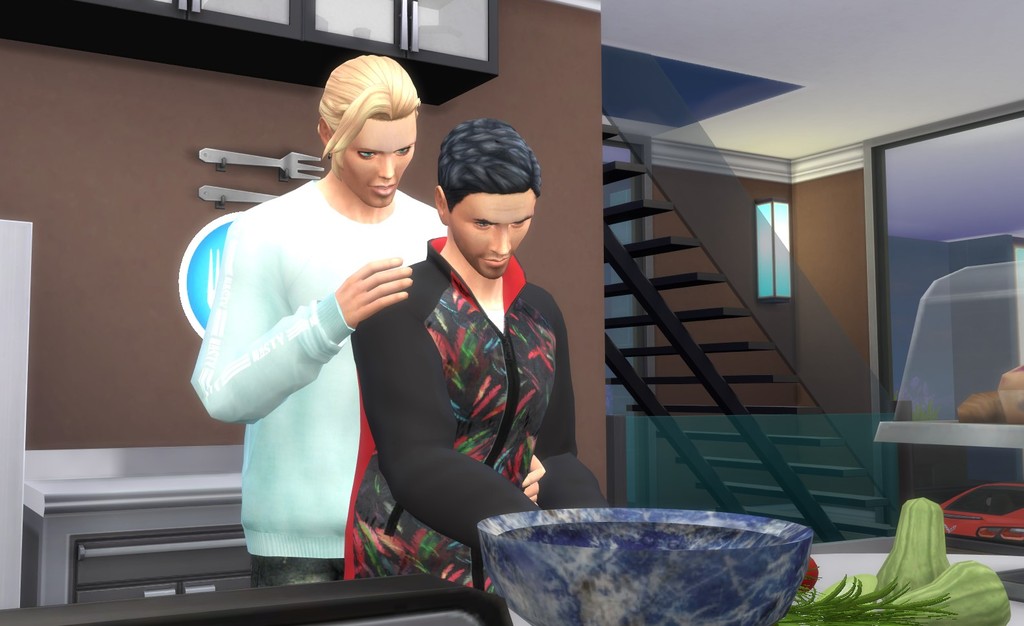 “Yeah. He’s out with his friends in the city. Seems like Lana is up to no good and he’s doing a little protest.” 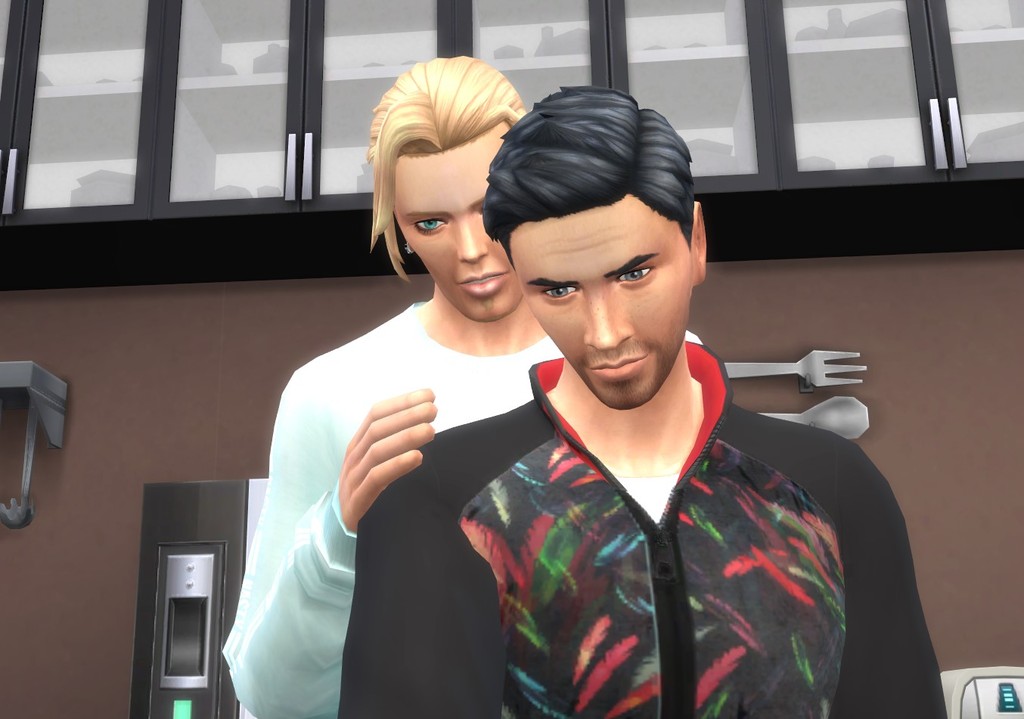 I’d never really thought about it, but Alex was right. I had no idea what kind of crowd was influencing Lana, but if some of the guys from back in the day were around her, that might make her dangerous.

But she wouldn’t do anything to hurt Jackson and his friends, would she?

Thinking these thoughts distracted me, and I felt the knife slice my finger. “Ow!”

Alex took my hand and said, “God, you’re definitely not as good with a knife as I am. Want me to take over?”
​ 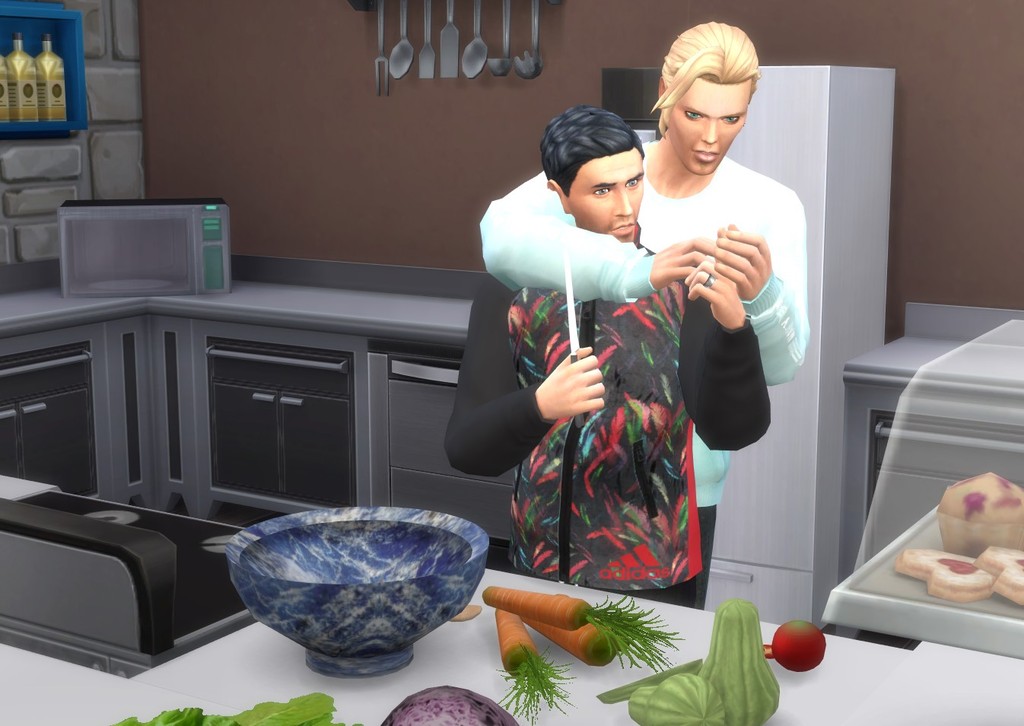 Yeah, Alex was good with knives, guns, and fists, but in the kitchen, he was horrible at everything. We’d determined he had ADD that wasn’t diagnosed when he was young. So when he was working on a recipe, his mind would go off into one of his stories, and he’d scorch things. Our culinary professor actually barred him from ever coming back to class after he’d burned half the kitchen down by sautéing oil without putting any meat on the pan. 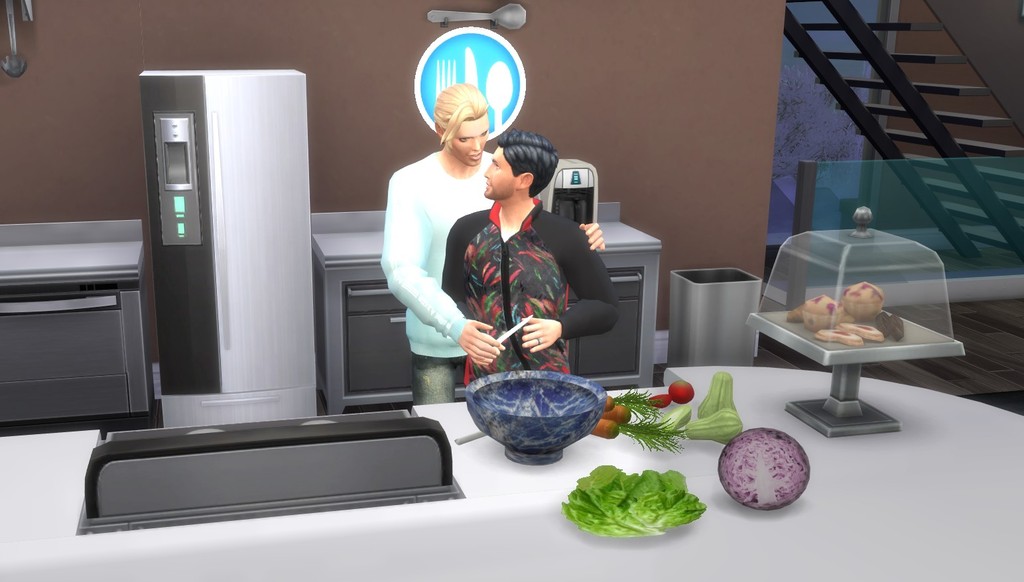 Alex’s face drooped and I felt bad. He’d always wanted to cook even though he was terrible at it. What could he do to a salad? He couldn’t burn it, and he couldn’t add too many ingredients, so I relented. Giving him the knife, I said, “Here. Go for it.”

He grinned and went to town on the tomatoes. Hopping up beside him, I watched his beautiful face in wonder. I was amazed that after seventeen years of marriage, I was still blown away by how gorgeous he was. 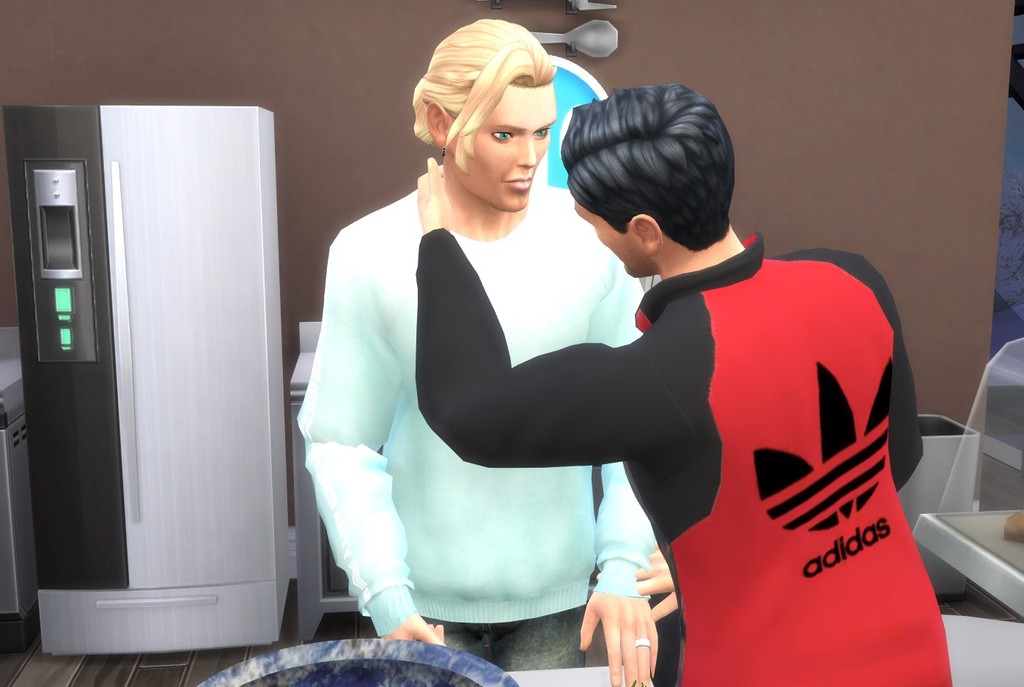 Rubbing his whiskers, I said, “Can’t I stare at my handsome husband?”

He lifted the side of his mouth. “Not if you want me to get this done and not jump you.” 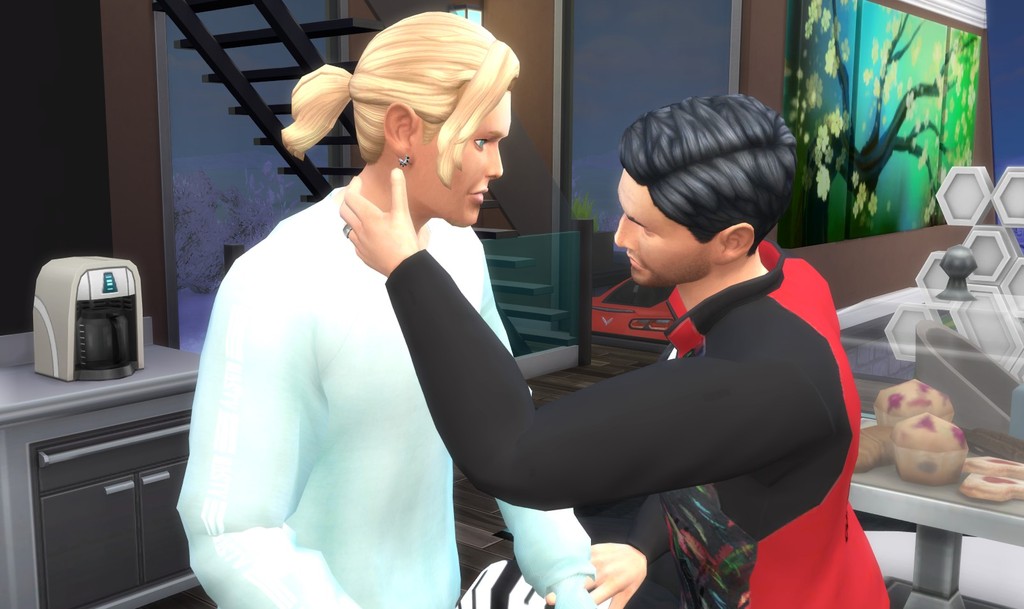 Just then we heard Dakota slamming the door from the outside.

Alex said, “I need to grab the lettuce anyway.”

Jumping down, I went to get the bowls.

“Hey, Pops! Did you know I was picked to be the Friend of the Week at school?”
​ 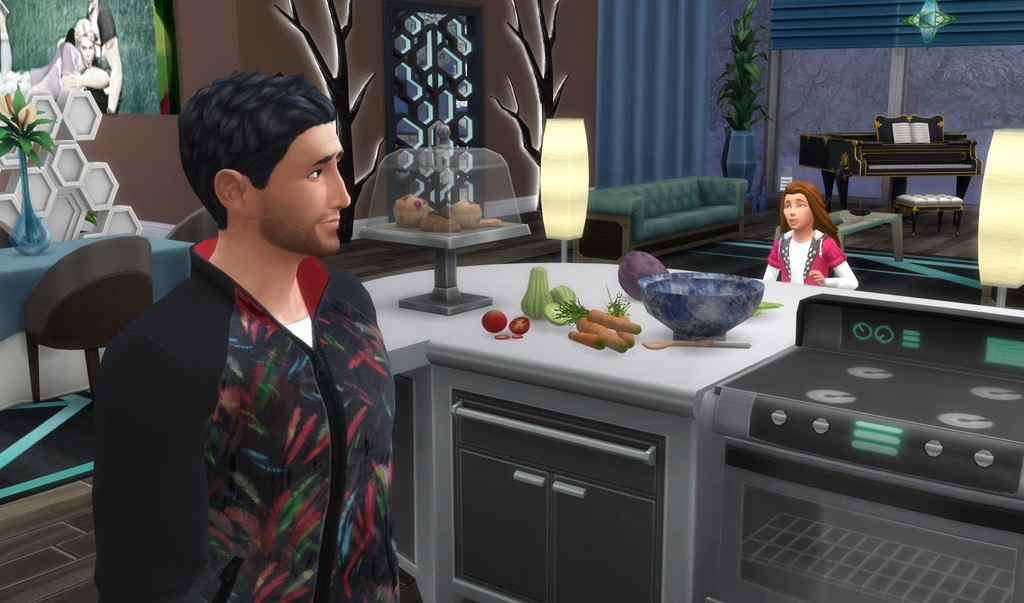 “You were? Well, that doesn’t surprise me. You’re the best friend anyone could ever have.”

Beaming at me, she said in a sly whisper, “Daddy didn’t cook anything, did he?”

Conspiratorially, I whispered back, “Just a little bit of the salad, but I’m going to finish it. He’s already forgotten about it.” 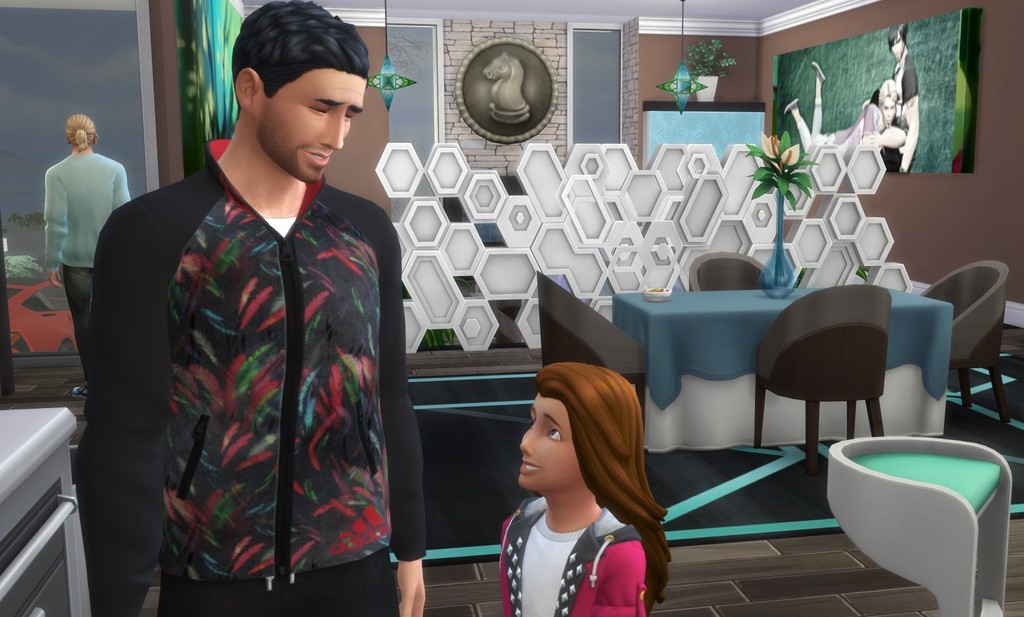 Giving her a hug, I said, “I’m very proud of you. Not every kid gets to be Friend of the Week.”

“What’s this?” Alex asked. “Is our Dakota getting yet another award?”
​ 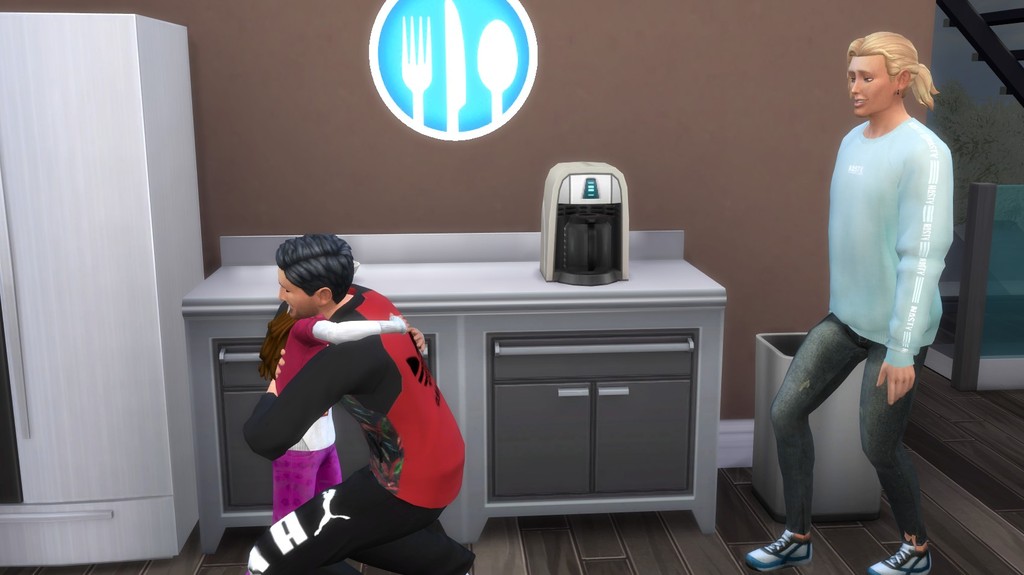 Dakota looked up at Alex and said, “Yup. I’m going to be Friend of the Week. Last week, germy Kevin Blanchard got it, but someone scribbled out ‘Friend’ and wrote ‘Fiend’. Everyone laughed.”

I raised my eyebrows, putting some salad into a bowl for her. “But you didn’t laugh, did you, Dakota, because you know that’s not nice.”

“Oh, yes I did. Everyone did. Kevin laughed the loudest. He says his parents are vampires, so it fit.”

I shook my head. The imagination on that girl always astounded me. “Here’s your salad, bug. Eat up.” I wiped the counters, calling Alex to our meal. I loved having a kid in the house. Made our nights so interesting.
​ 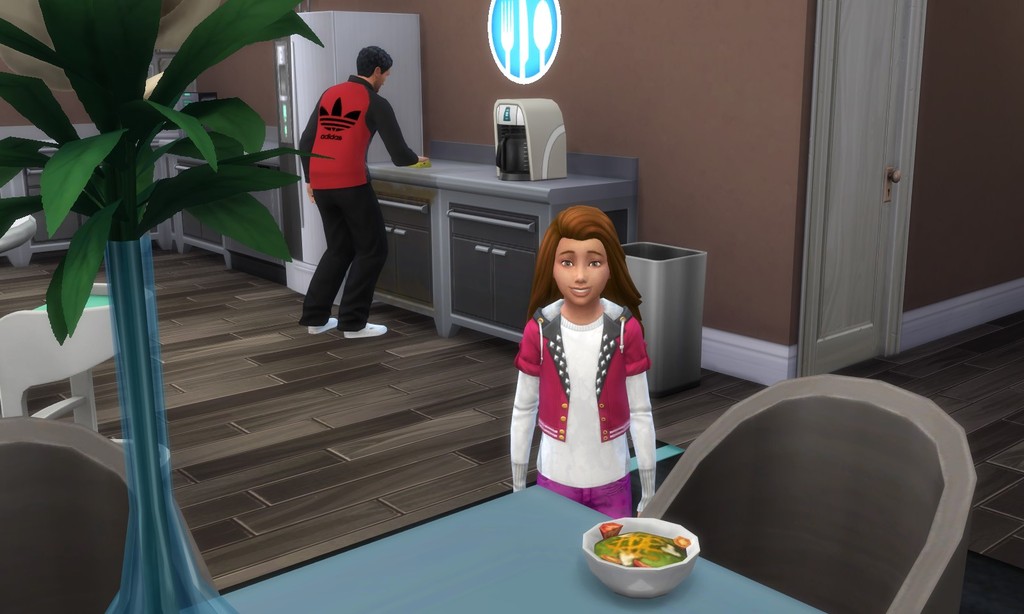