“It wasn’t my fault , Ronald. How could I have possibly controlled some meddling highschooler finding out about the deal we made with Hammond?”

My boss’ face held an evil smile. “I thought I saw your nephew in that protest. Am I correct?”

Damn. I was hoping he wouldn’t recognize Jackson. But he was the spitting image of his famous father, Alex Day, and everyone on earth knew my brother was married to him.
​ 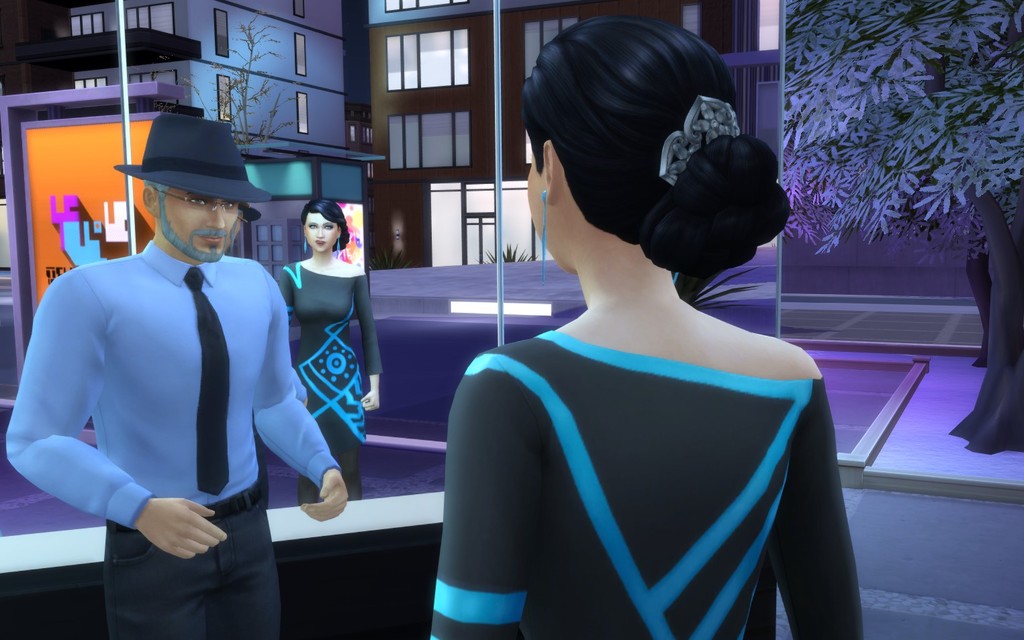 Wringing my fingers, I said, “So? He wasn’t the one who got to the press. I’m sure all those girls wanted to date him, so they asked him to come along.”

“Then why is he even with those people? Does he know about what you’ve done?”

My stomach plunged. I was treading on dangerous territory here. Oh, God, I missed my father so much. But he wouldn’t have been happy with what I’d done with the legacy. He had a falling out with Ronald Stump ages ago. And now I knew why. The man was a creep. “O-Of course he doesn’t know. He’s not a threat, so don’t worry.”

Inching closer, Ronald put a finger in my face. “I expect you do something about the teen who spoke to the press. Do you understand?”

My mind raced. What on earth did he expect? My father used intimidation in his former business, but that organization was dissolved once Knight took over the legacy. I bit my lip. “I can’t drum up thugs I don’t rule.”

Stump laughed low and mean. “Find your father’s old resources. I’m sure they’ll come to your aid. You have the money. Money means power. Don’t forget that.”

Turning, I watched as Ronald Stump disappeared into the back of his black sedan, his driver shutting the door behind him. 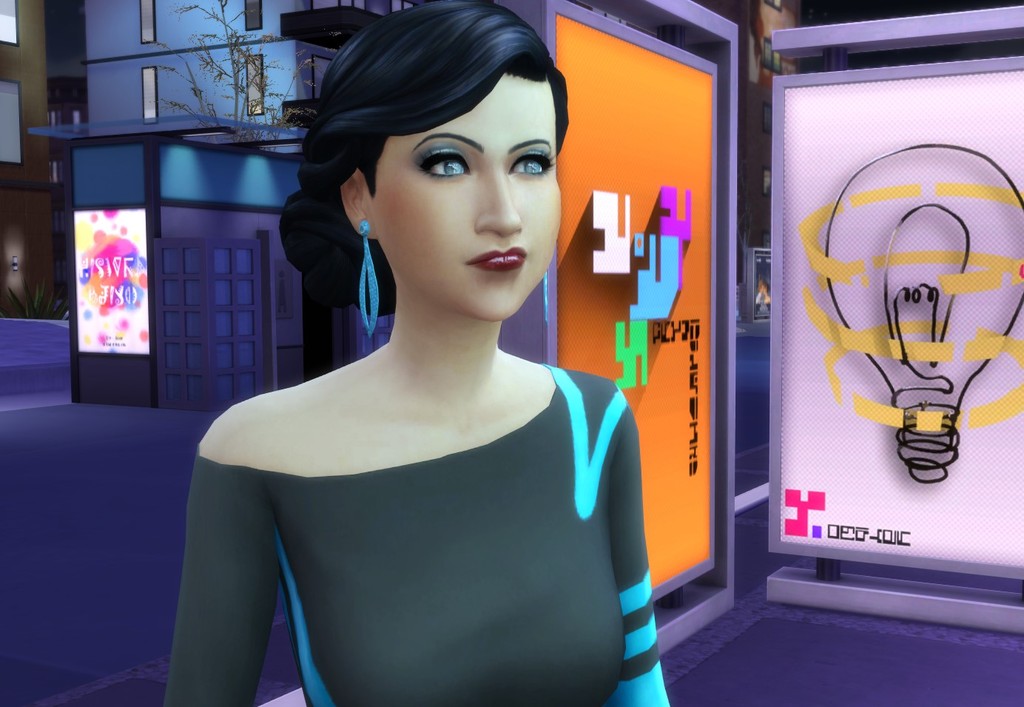 After the protest was over, we went into the nightclub Lana was advertising to celebrate. Victoria wanted to show me her vocal props and was doing a decent job singing to some pop tunes.

I smiled. “Yeah, but don’t tell her that. It will go straight to her head and make that huge hairdo even more massive.”
​ 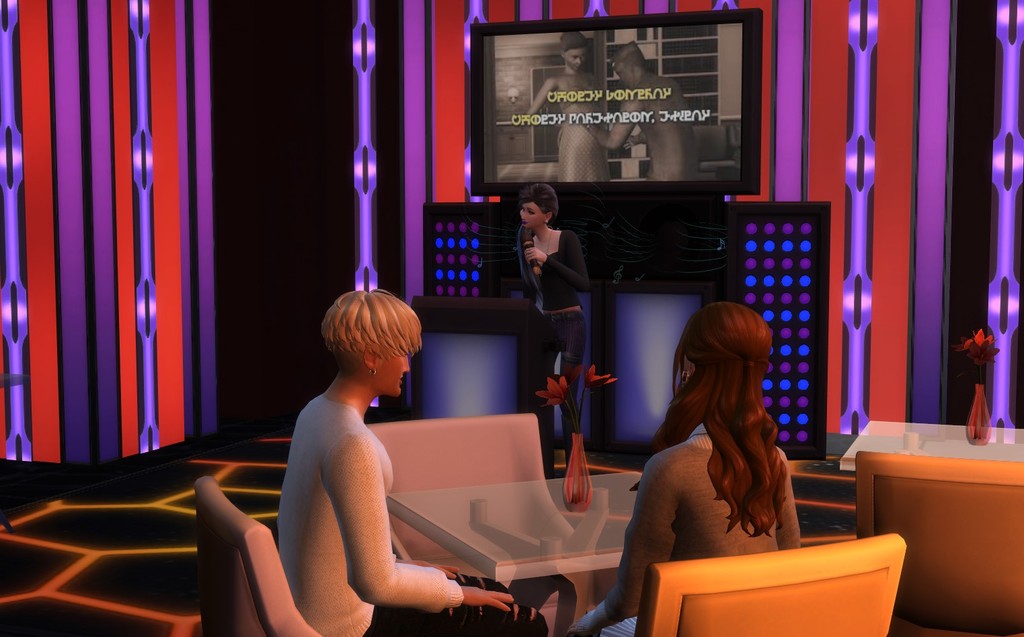 She laughed. Then after a while, she said, “Thanks for doing the protest with me, Jackson. I know it made a difference.”

“Sure! I never knew making my aunt squirm like that would be so much fun. She was practically peeing in her pants.”
​ 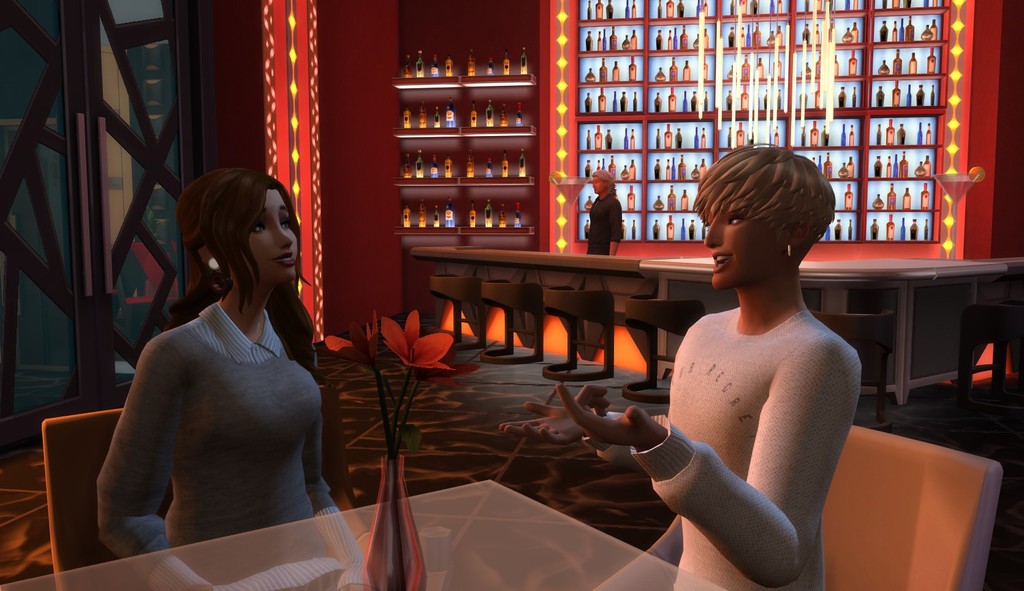 Just then, Victoria plopped down next to me. “Oh, Jackson, you say the most romantic things. You and pee. Such a sweet combination!”

“Funny,” I shot back. I could never get enough of Victoria’s humor. She was genius in sarcastic remarks. “But you came in on the conversation late. I wasn’t talking about me.”

She gave me a sultry look. “Oh...were you talking about mine? Now that’s hot.”
​ 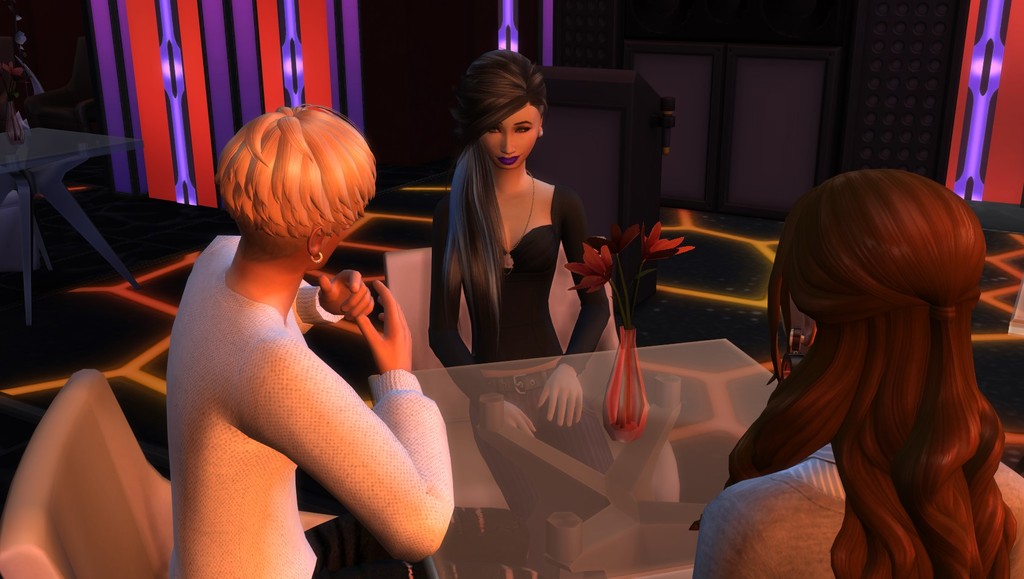 I raised my arms. “No, no! God, Victoria.” My cheeks burned. Luci didn’t understand how we played around all the time. She’d think we were dating or something.
​ 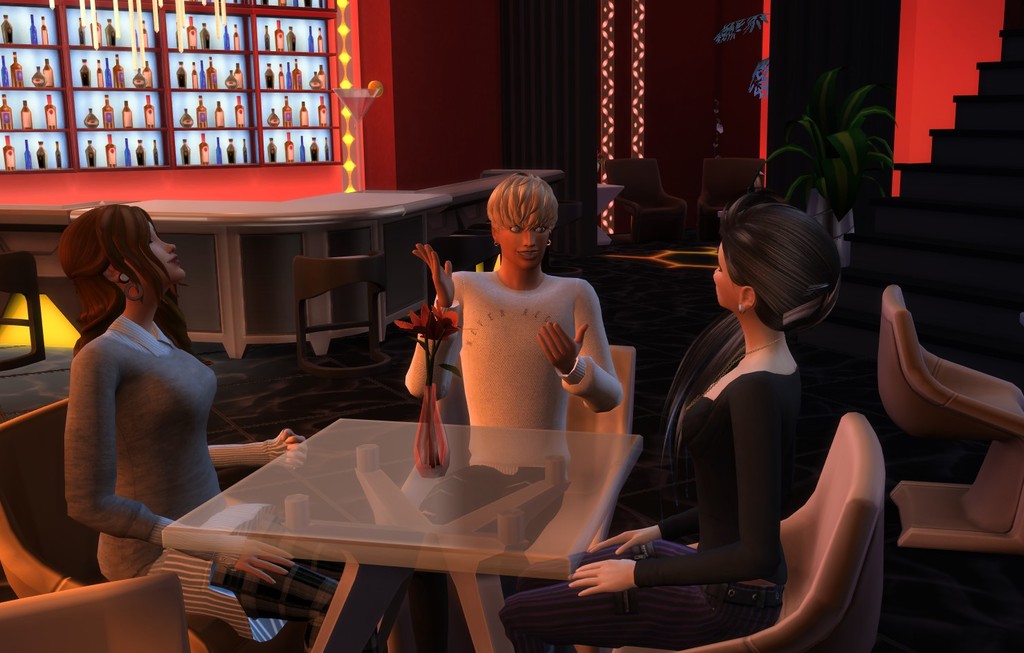 “Now look who’s squirming. Relax, Romeo, I’m just messing with you. I heard everything you said.”

There she went calling me Romeo again. I wasn’t interested in the least in Luci. I decided to talk to her about that when we were alone. Victoria had to stop calling me Romeo once I broke up with someone.
​ 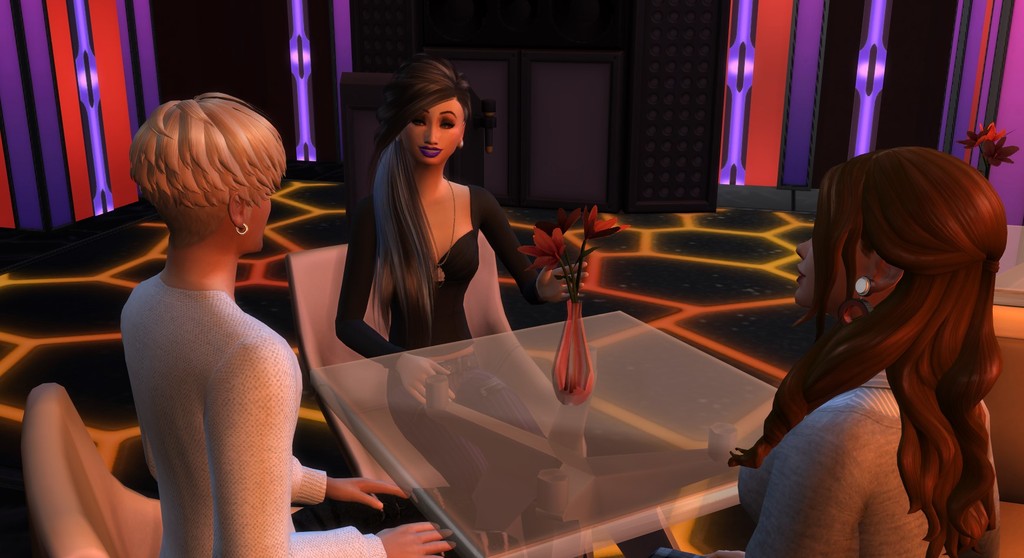 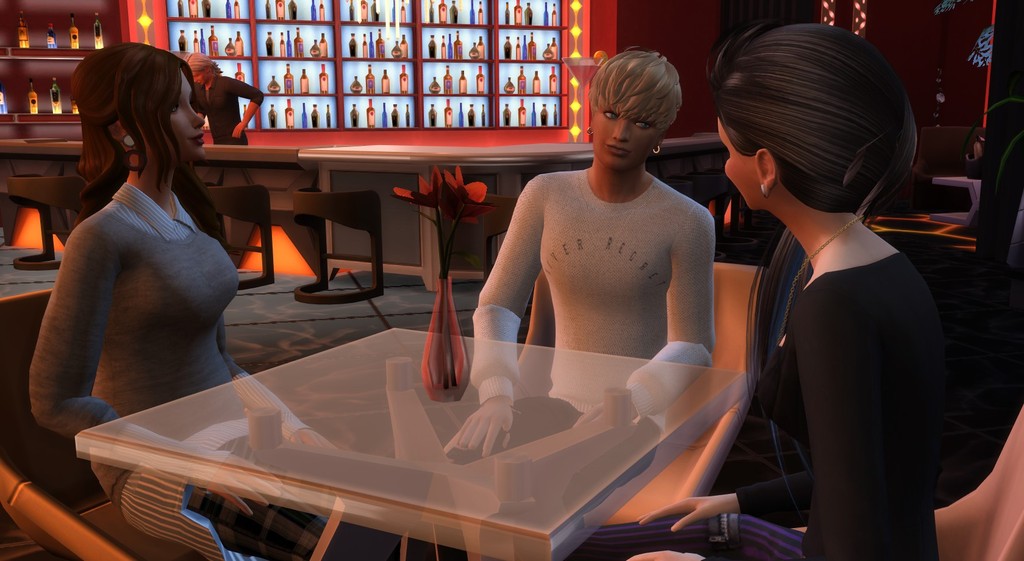 “Huh?” I asked, knitting my eyebrows.

“What? You don’t think I can catch a fish? I’m almost as good as you are in finding a date, my pretty Jackson lure. You’re just too into your world to notice.”
​ 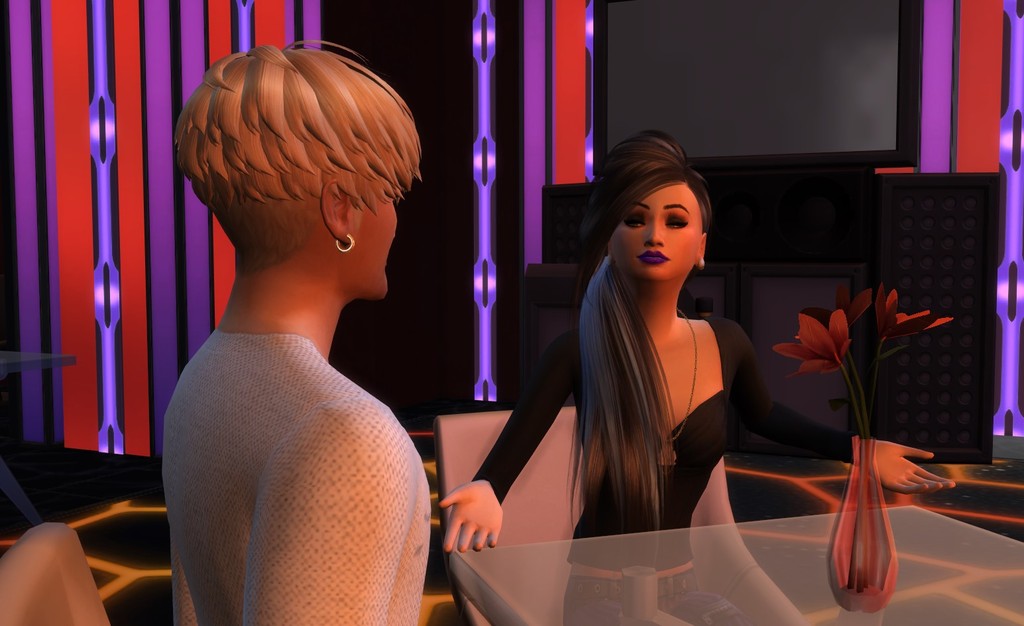 When Victoria took the call, I smiled at Luci and stammered, “S-So...do you sing?” I almost rolled my eyes at myself. What a lame question to ask.
​ 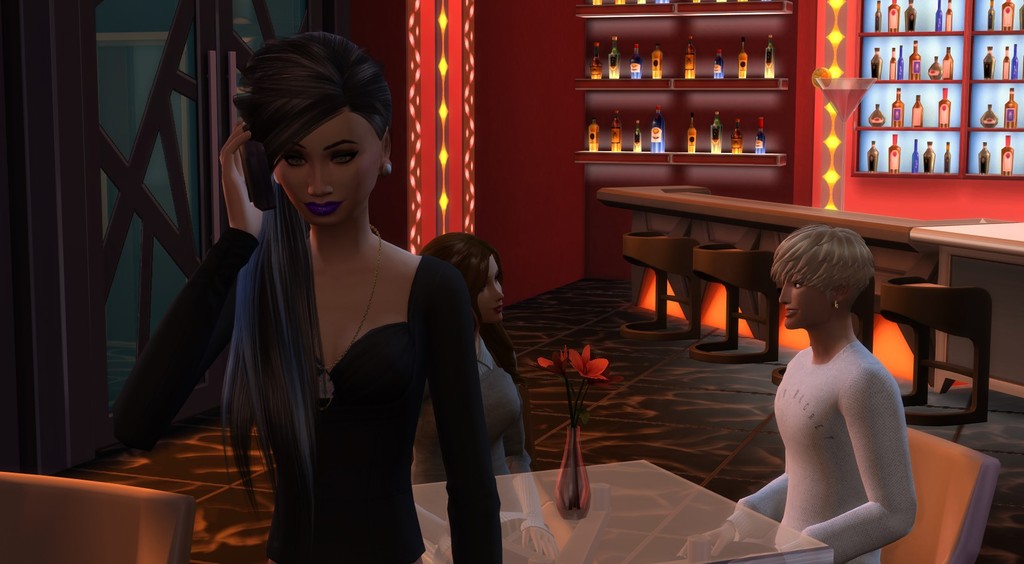 “No. I’m a terrible singer. More like a warbler. But I can play a mean coffee can.”

I cocked my head and squinted.

She laughed. “I was in a toddler band when I was three. I was the drummer.” She shrugged.
​ 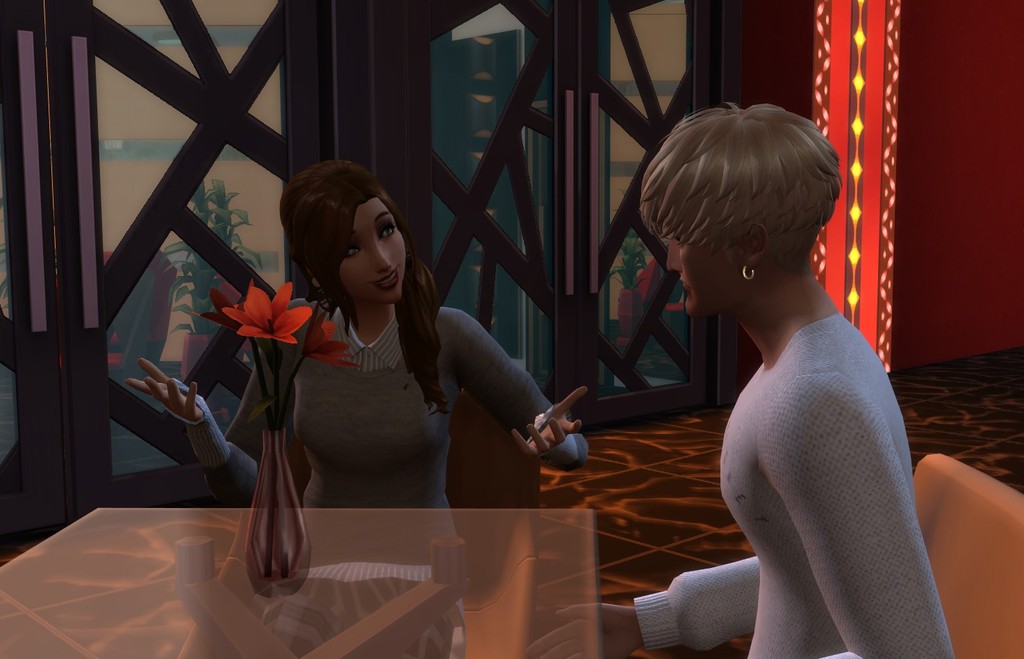 Victoria came over and kneaded my shoulders. “Looks like I’m outta here. You lovelies have fun.” 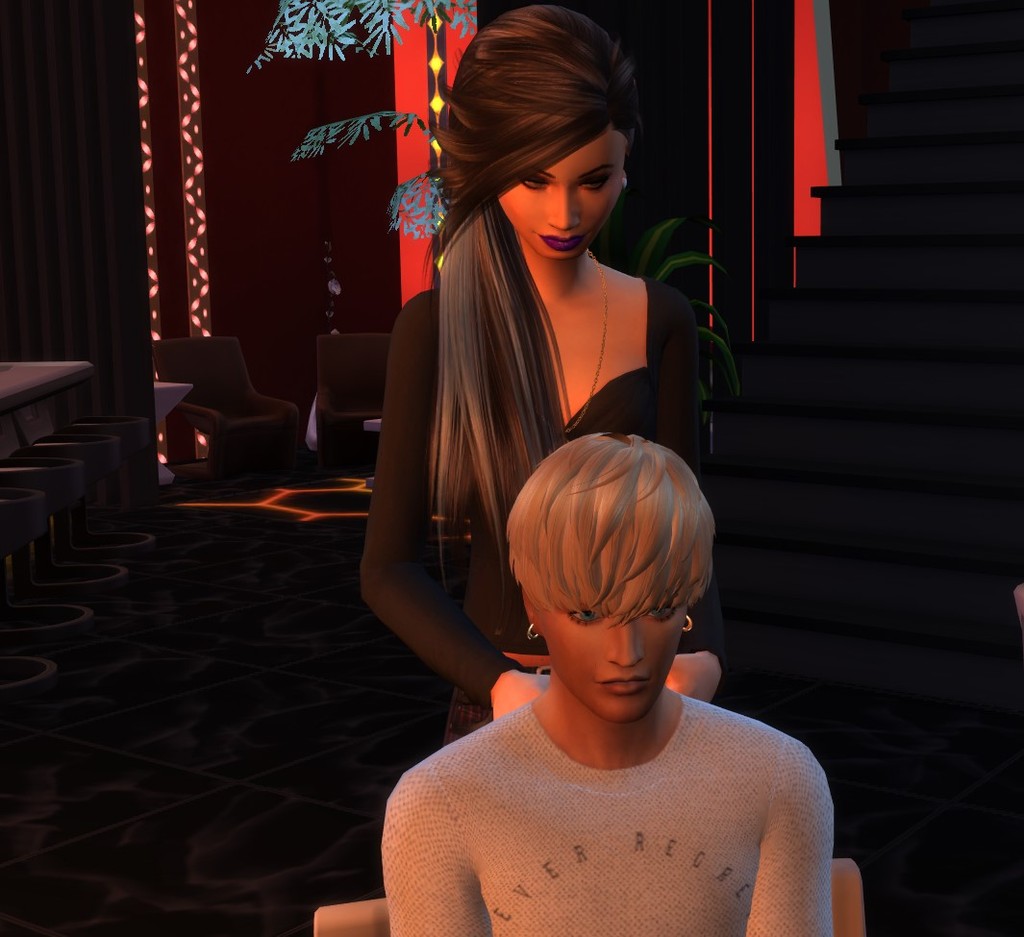 Rubbing even harder, trying to soften me, she said, “Oh, Jackson, are you jelly? I’ll make it up to you. I promise.”
​ 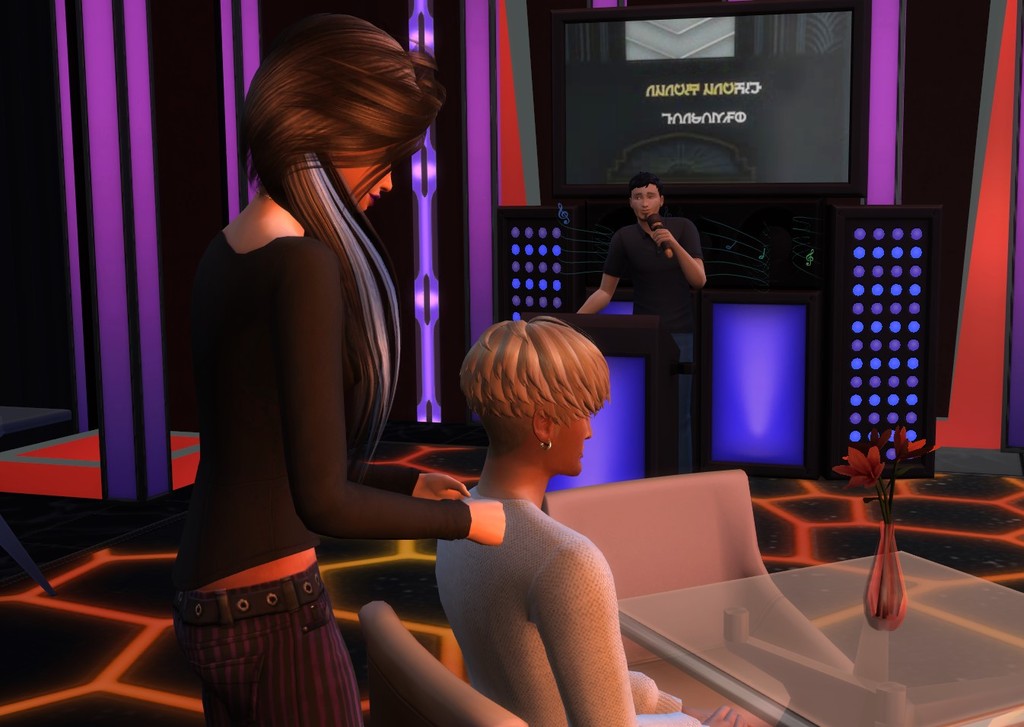 She kissed my cheek then skipped out of the club.
​ 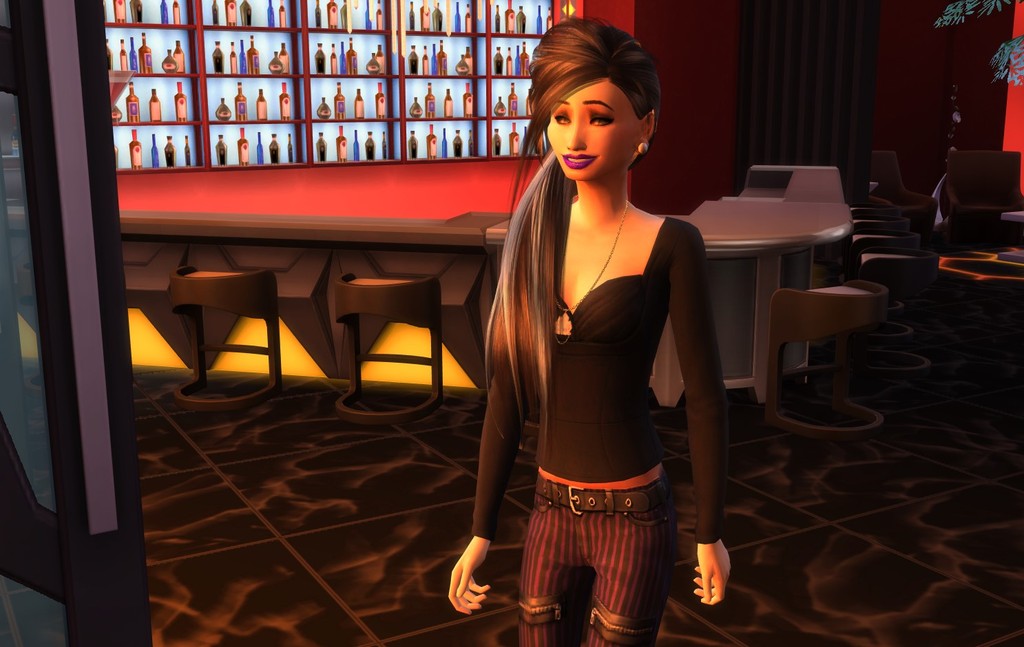 I shook my head. I didn’t want to be here alone with Luci. It was...uncomfortable. Plus...when did Victoria ever have a boyfriend? And why didn’t she tell me about him?

Luci’s voice broke me out of my thoughts. “You like her, don’t you, Jackson.”
​ 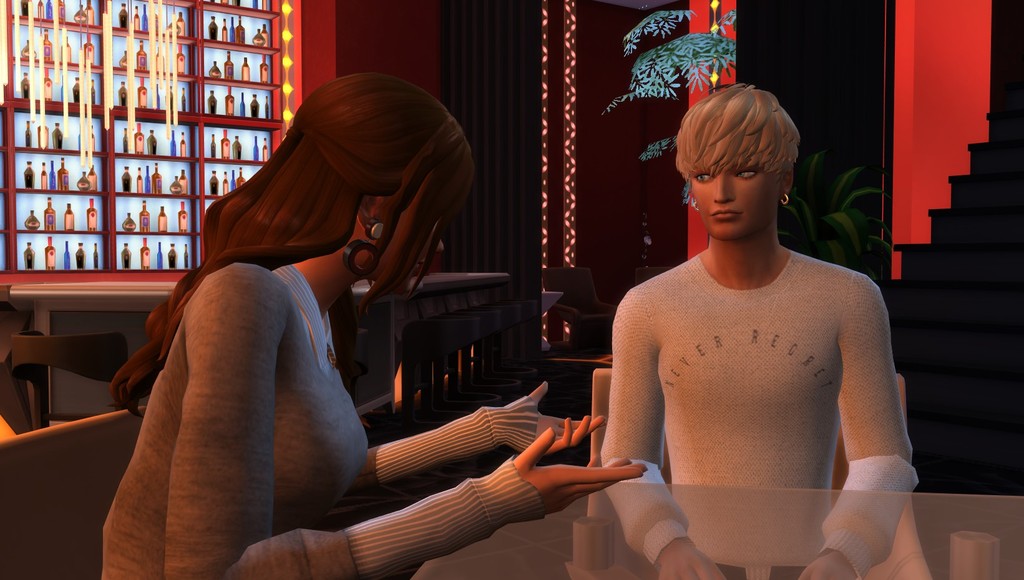 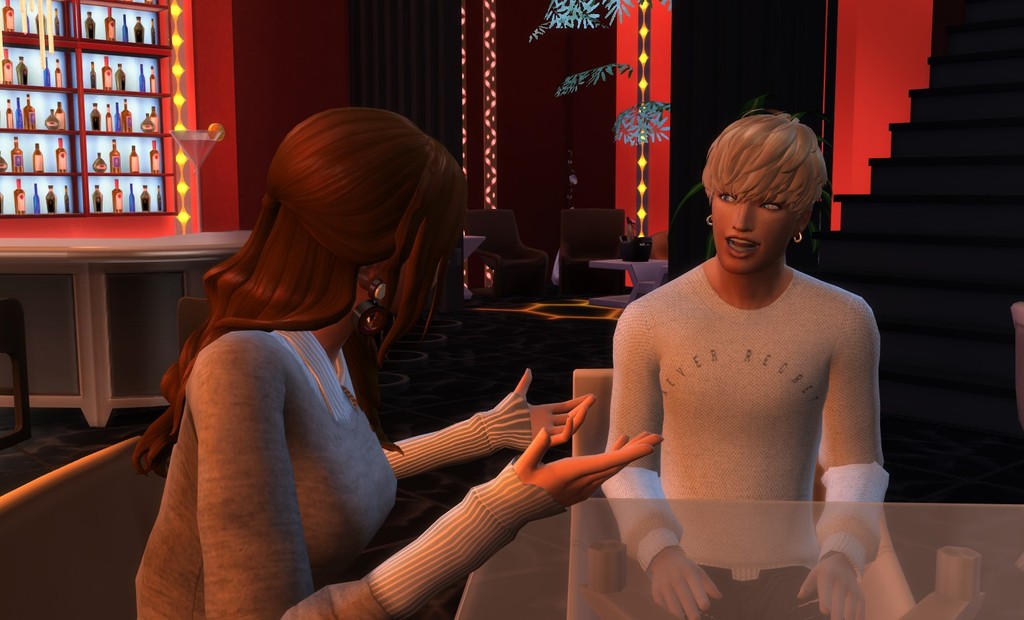 “Then what’s with the sad face? I saw it when she was saying she had to leave.”

I couldn’t tell Luci it was because I was uncomfortable around her, so I decided to change the subject. “Well...um...hey, do you want to get out of here? I know of a cool café that has a bunch of games for us to play and some old movies to watch. It’s a great hangout. Way better than this place.” I figured I would feel more comfortable with her if we were doing something other than having to talk. 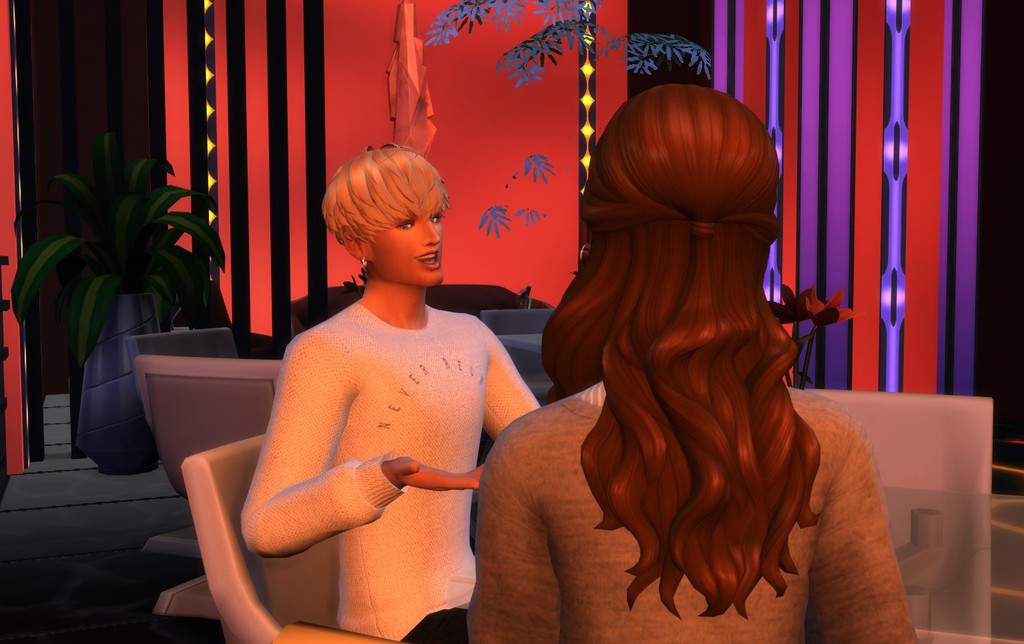 We played video games for the rest of the night until I was totally chill around her.
​ 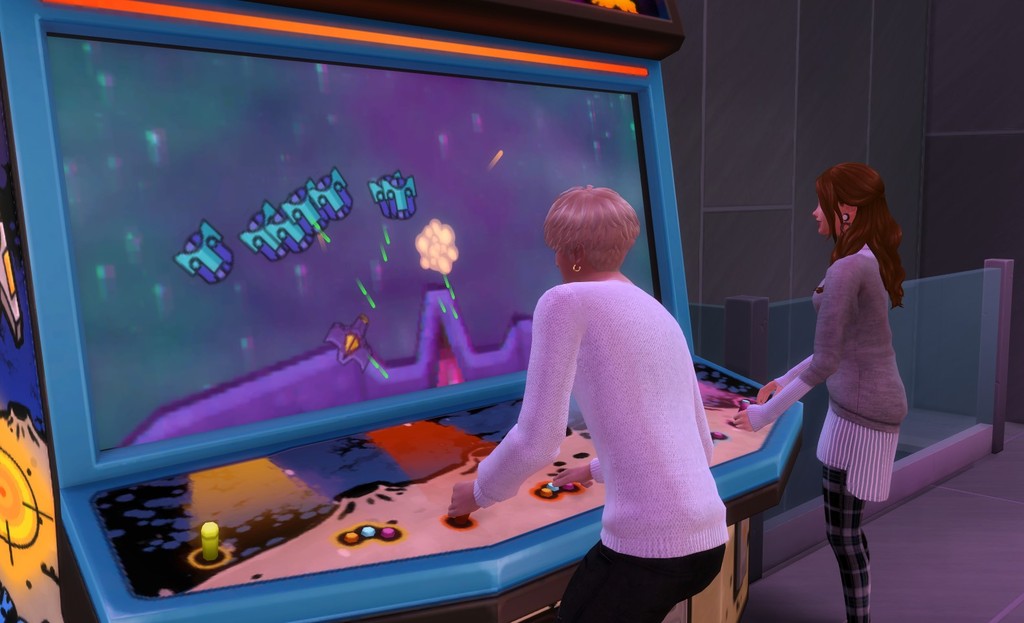 Luci, actually, after you got over her intense personality, could be a lot of fun.
​ 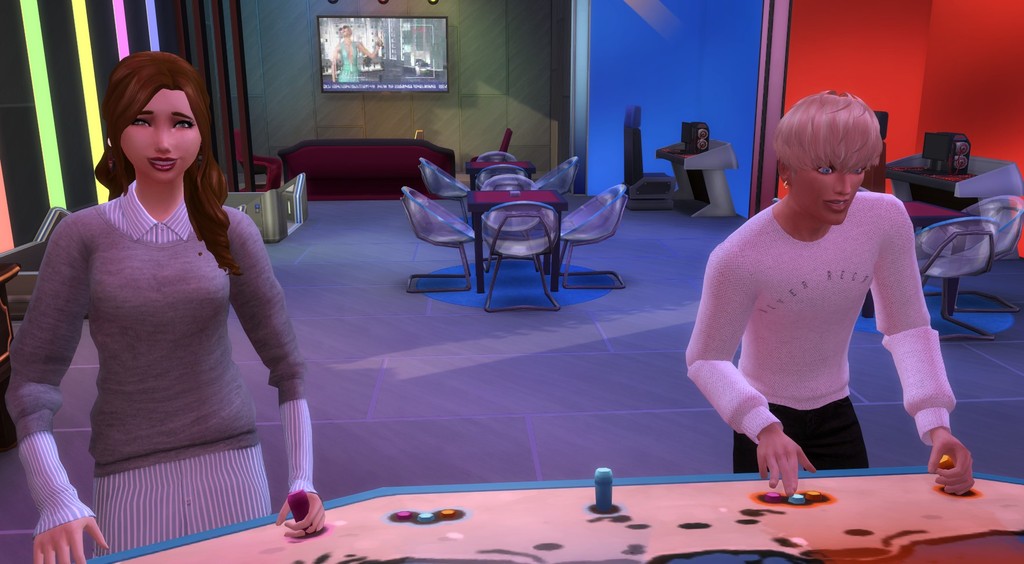