Knight and I just got home from a meeting we’d hoped we’d never have to experience. Jackson beat up a boy from his school, breaking his nose. Witnesses said he threw the first punch and now we’re facing a lawsuit from the boy’s mother as well as Jackson will have to serve in ISS (in-school suspension). He’s lucky it wasn’t worse. The only reason it wasn’t was because of his stellar record before this incident.

Knight was livid, coming out of the principle’s office. I felt a little guilty since I did have a hand in teaching him a few things about fighting, but still...I’ve never condoned bullying. My husband wasn’t speaking to me on the way home, and I didn’t press it. I knew we’d talk about it after we spoke with Jackson.

We told Jackson we wanted to talk with him and to be seated on the couch. He had a look of total panic on his face. I felt for him and had an open mind, something Knight didn’t have.

“What do you have to say for yourself?” Knight asked angrily. “Do you realize you broke that boy’s nose, and he’s in the hospital right now?” 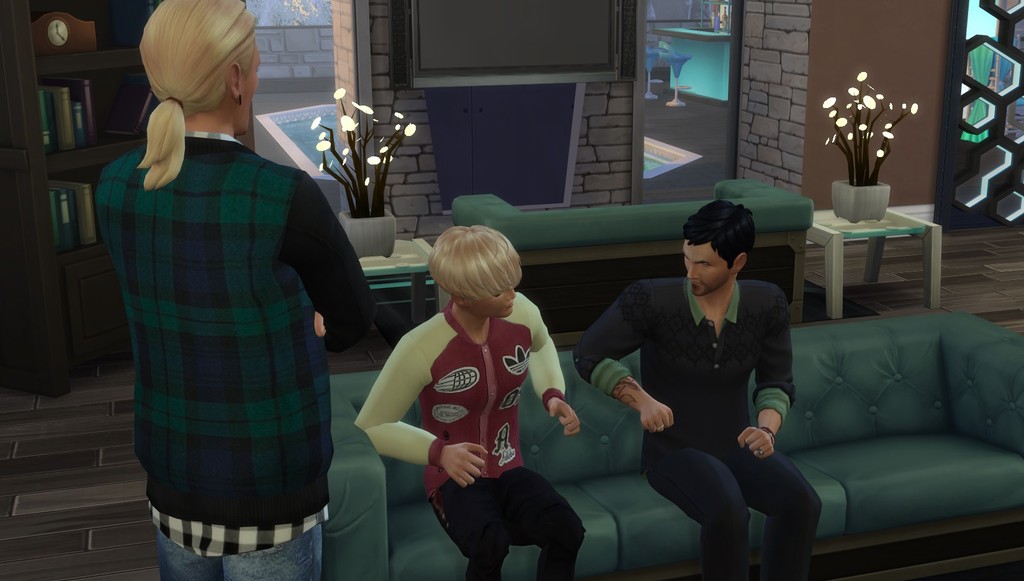 “What did he do? The girl said he didn’t hurt her.”

“She did?” Jackson’s face paled and he turned away. “Man, this sucks.”

“It more than sucks, Jackson,” Knight added. “You’re lucky the mother didn’t press charges. She knows our family situation and will be asking for a lot of money in damages, which we will gladly give her. By the way, you’re grounded.”
​ 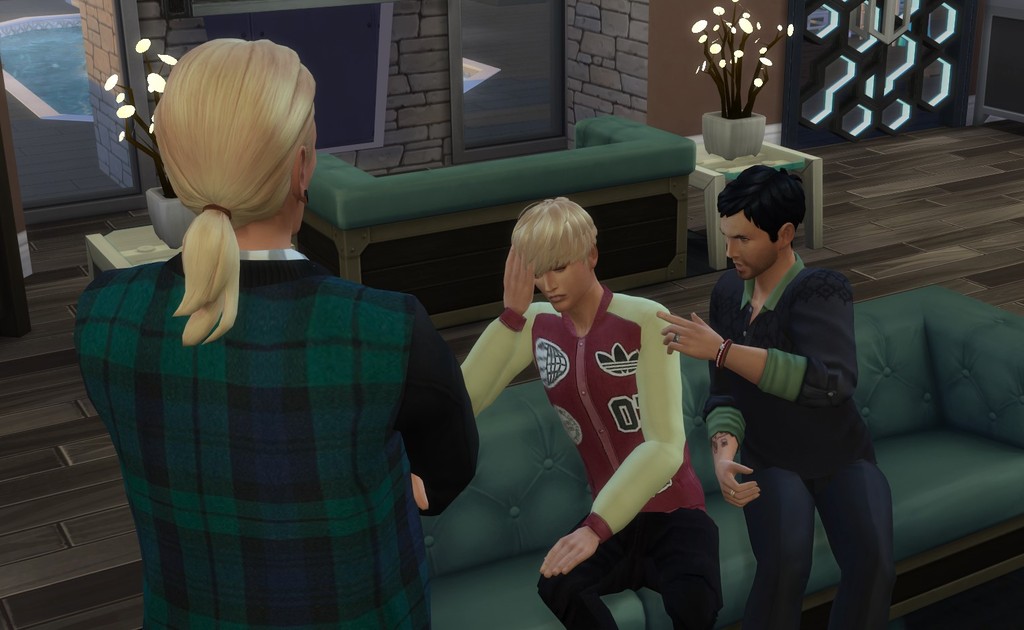 Rolling his eyes, he said, “Of course I am.”

His attitude made me angry. I sat next to Knight. “Don’t be a smartass, Jackson. Especially when you’re in trouble.”

“Give me your phone,” Knight growled. “You’re only getting yourself into more trouble.”

Jackson rubbed his hands on his jeans. “The guy’s been messing with Sandra ever since I asked her to the dance. He’s such a jerk. He’s the one who got Pax in all that trouble in ninth grade, remember? He’s a druggie and a thief and he would have punched me first if I hadn’t. I just knew that was a good way to win. Remember, that’s what you said, Dad?”
​ 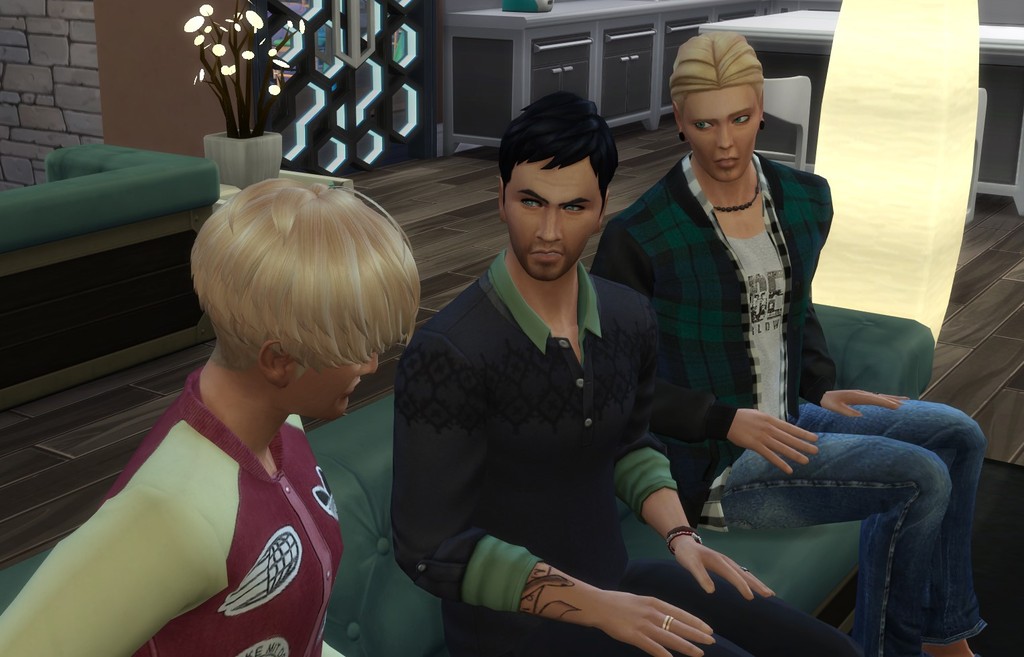 “That was for boxing, Jackson. I never told you to use it on someone.”
​ 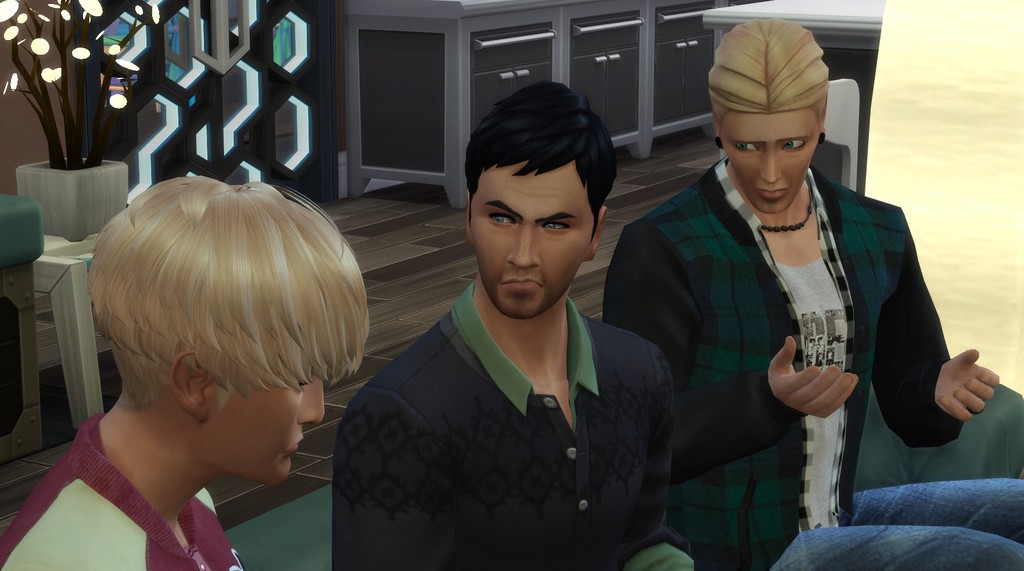 Knight shook his head. “Now is not the time to blame this on Dad. You got yourself in trouble. You and your bad choices. We will not tolerate violence, Jackson. If there’s a reasonable way to get yourself out of a situation, you take it. If he wasn’t the one to hit you, then you could have pulled Sandra away from the situation. You never attack. What really is disappointing to us is that not only did you have him down, but other students said you kept punching him until someone had to pull you off. That’s unacceptable.

“So, you’re grounded until after the Christmas holidays. No phone. And you’ll be doing chores. We’ll be giving Liz a break, so you’ll be doing all the cleaning around here. And if you ever do something like this again, Jackson, you’ll suffer even more. Do you understand?”
​ 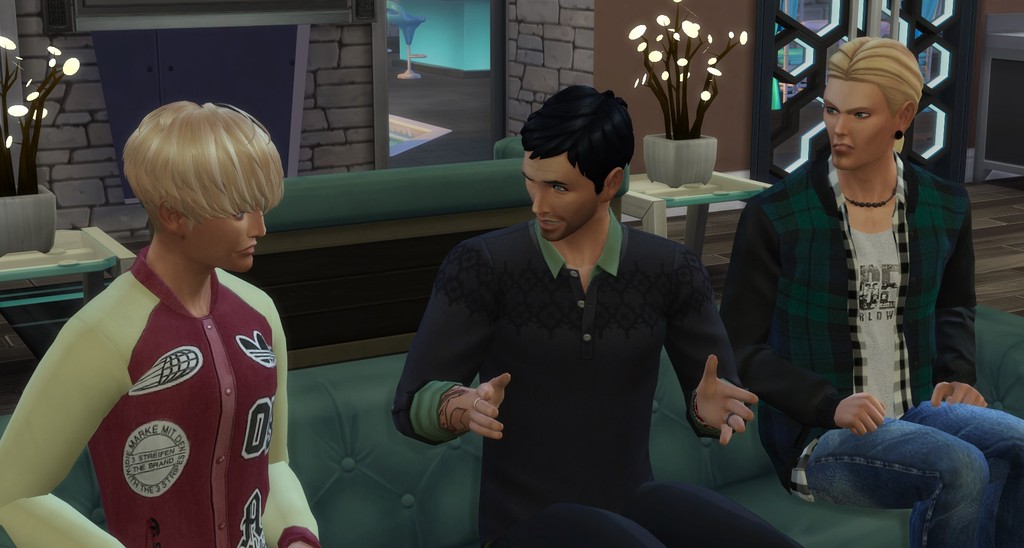 I wanted to hug him but knew this was not the time. I understood rage and how beating the hell out of someone can get out of control. Especially if they hurt you or someone you loved. But I didn’t want him to end up like me. He had to do better.

Rising to his feet, Knight signaled me to follow him. I knew it was time to talk. Jackson covered his face with his hands. I guess he didn’t think through what the ramifications of his fight would have on his life. Two weeks of grounding for a teenager was an eternity. Especially with a new girlfriend. 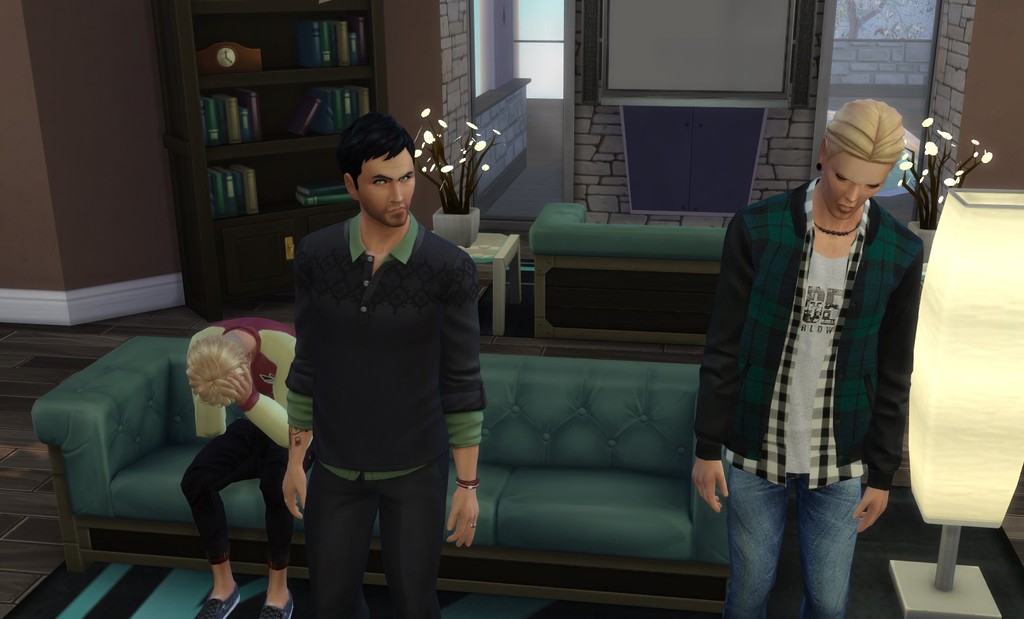 Disappointed was an understatement in how I was feeling about Jackson. I wasn’t mad at Alex, though. But I did think he could have handled our son differently when it came to fighting.

Rubbing Alex’s thigh, I pointed, “See? I told you this would happen.” 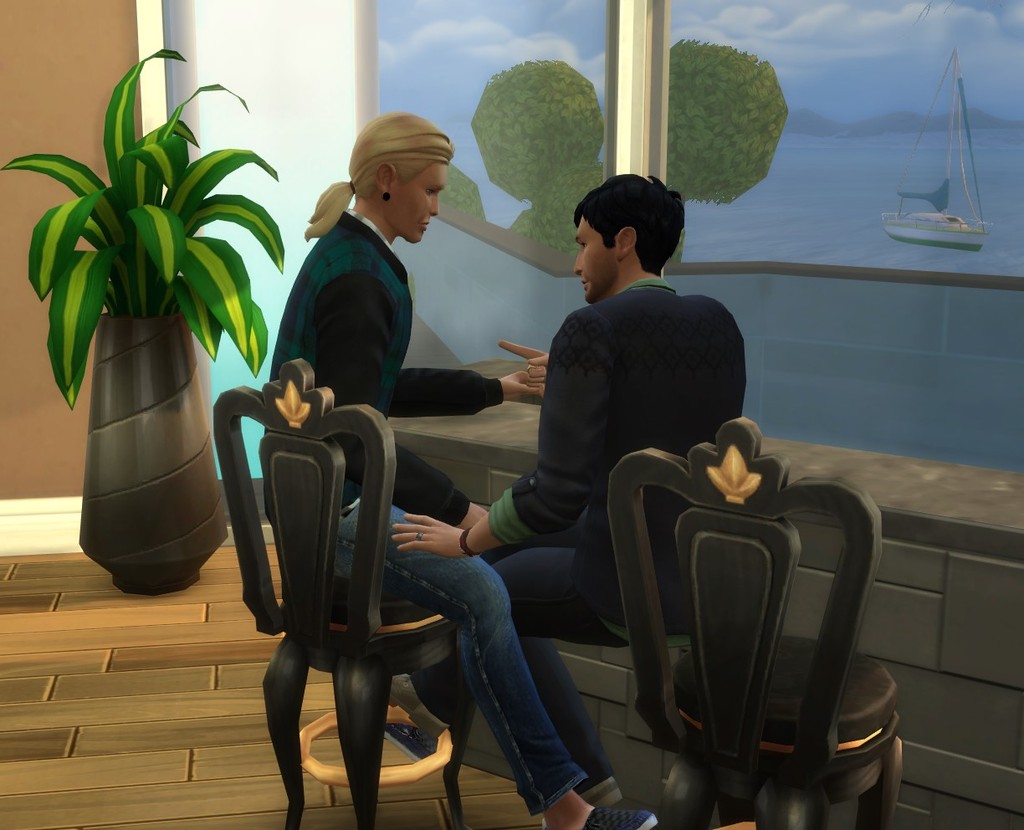 He put his hand out. “Babe, what do you think would have changed even if I hadn’t taught him anything? I still think he’s got a quick temper. He’s got to get that under control.” 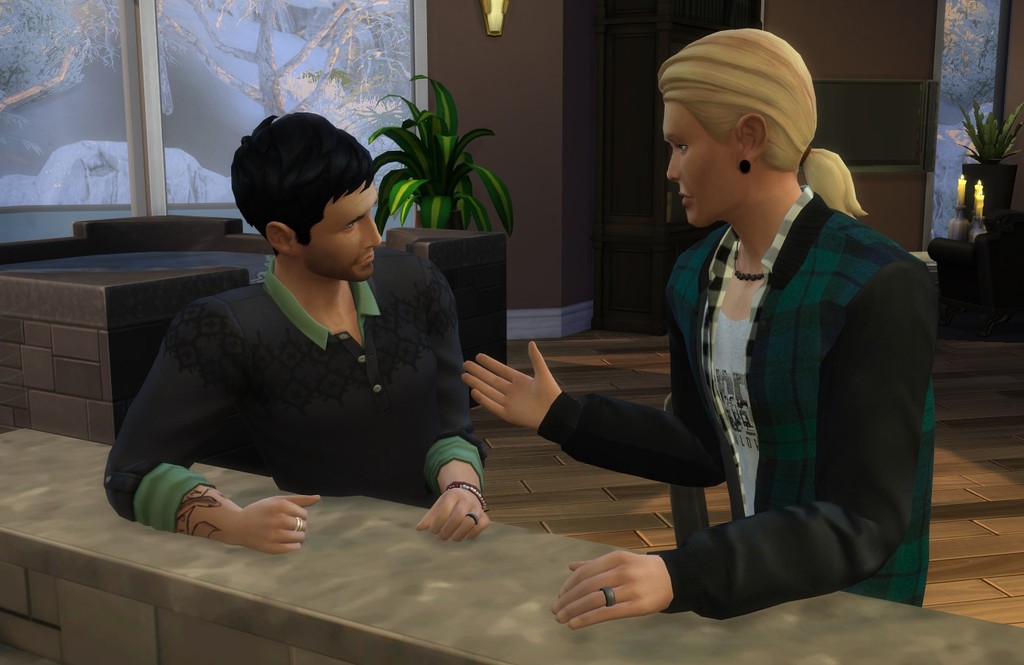 “If he’s anything like me, he needs counseling. He might have some resentment about our situation. I have no idea how much he’s been bullied, but I know he has been over the years and that can have an affect on kids. Just because our family is loving doesn’t mean the world isn’t cruel. We’ve seen it.” 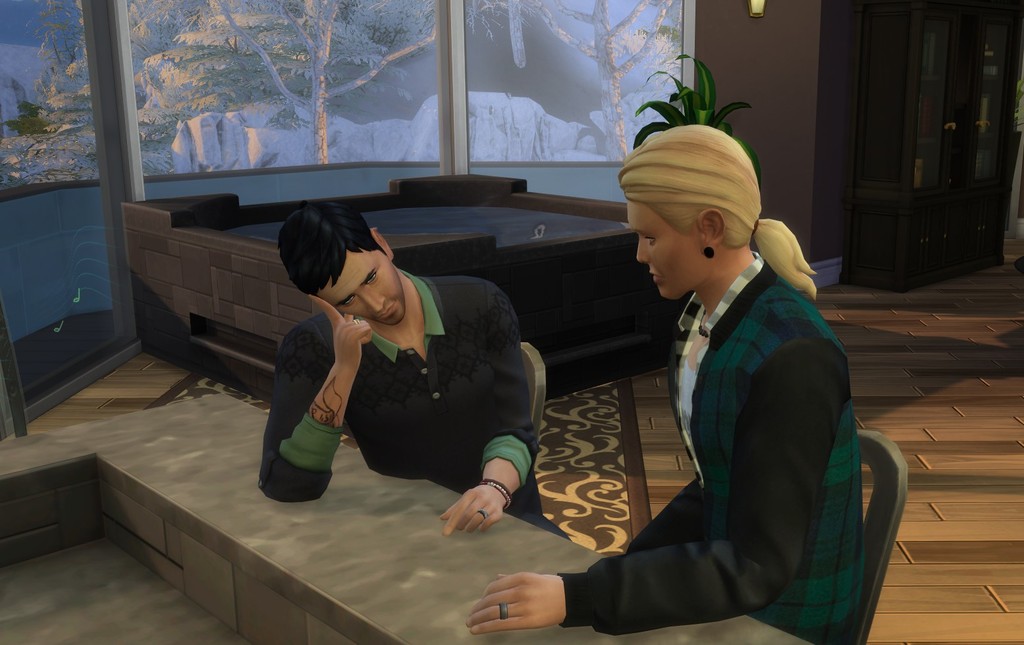 “Going to counseling isn’t the end of the world. It’ll be good for him. He needs to face consequences of his actions and sometimes I think Jackson doesn’t really assess his situation well. He’s very inward thinking, you know? He lives in his own world. I think it’s a coping mechanism.”
​ 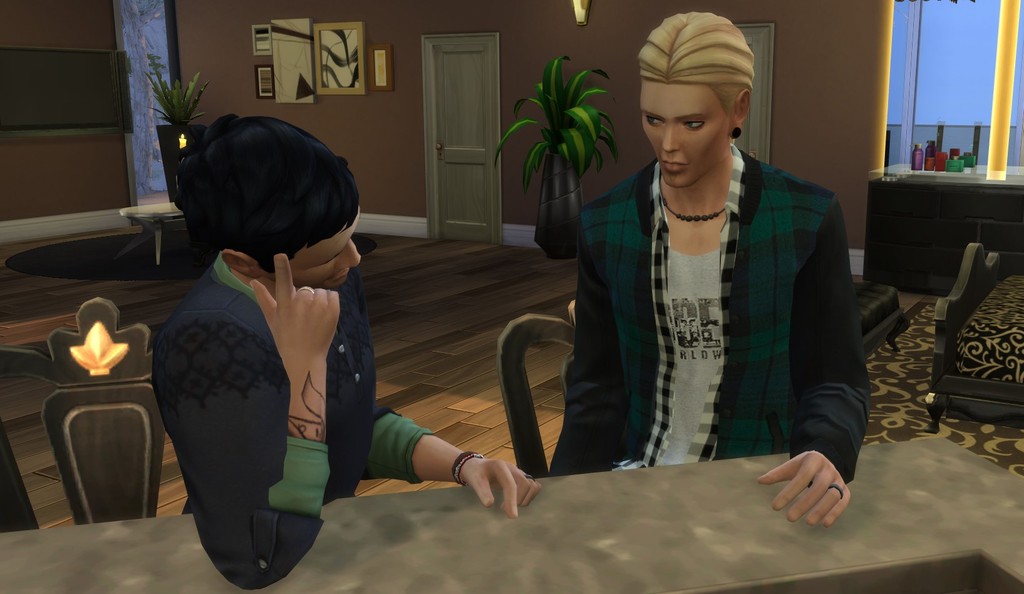 Alex was right. Jackson needed counseling before things got out of control. “What about Dakota? Do you think she’s being bullied?”

“I haven’t heard about it yet, but I know it’s coming. Maybe getting her an appointment wouldn’t hurt.” 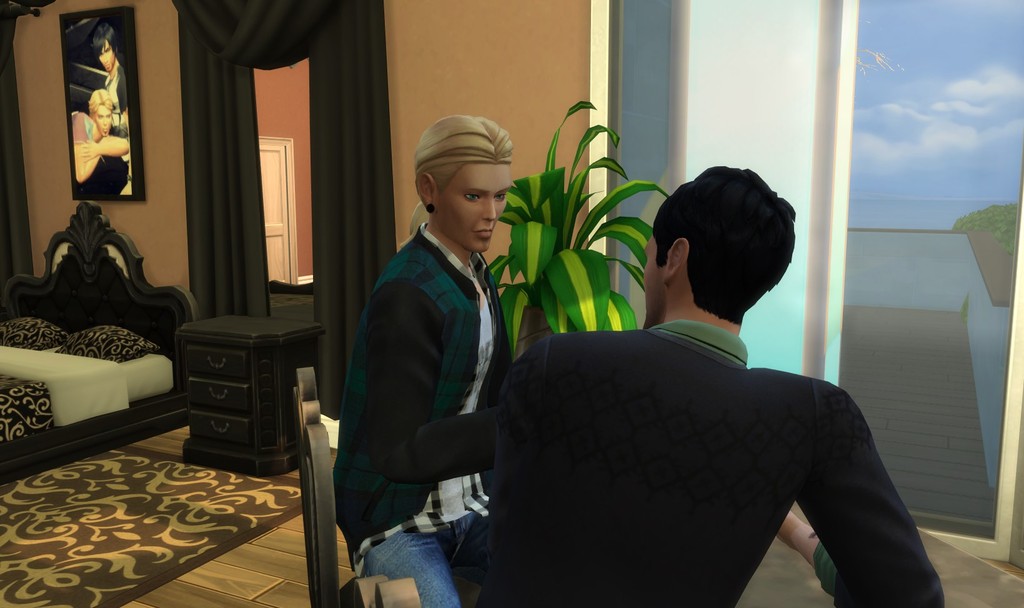