Our newest album, Stupefy, was almost finished. I just needed Manu to put in a solo for the last song that I was going to mix in with my violin for a love ballad. Probably the least edgy song to date. “Okay, Manu. Almost perfect. Let’s do that riff one more time. Remember to follow the violin’s feel.” 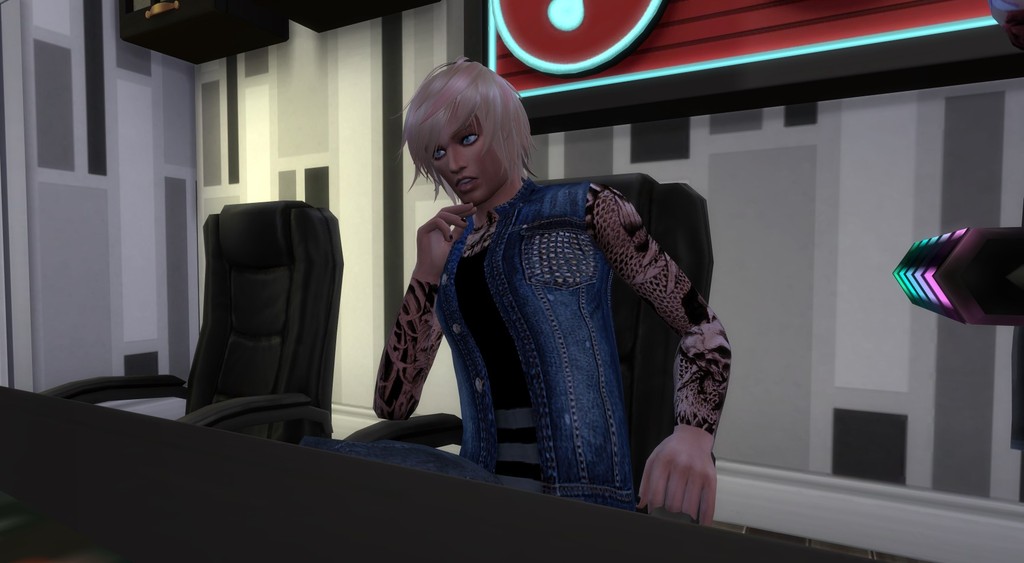 Just then, Mako walked in and sat at the edge of the control panel. “All work and no play makes Jackson a horribly dull boy.”

“We’re about done,” I said, a little irritated. She knew how I felt about being disturbed when I was mixing a song. 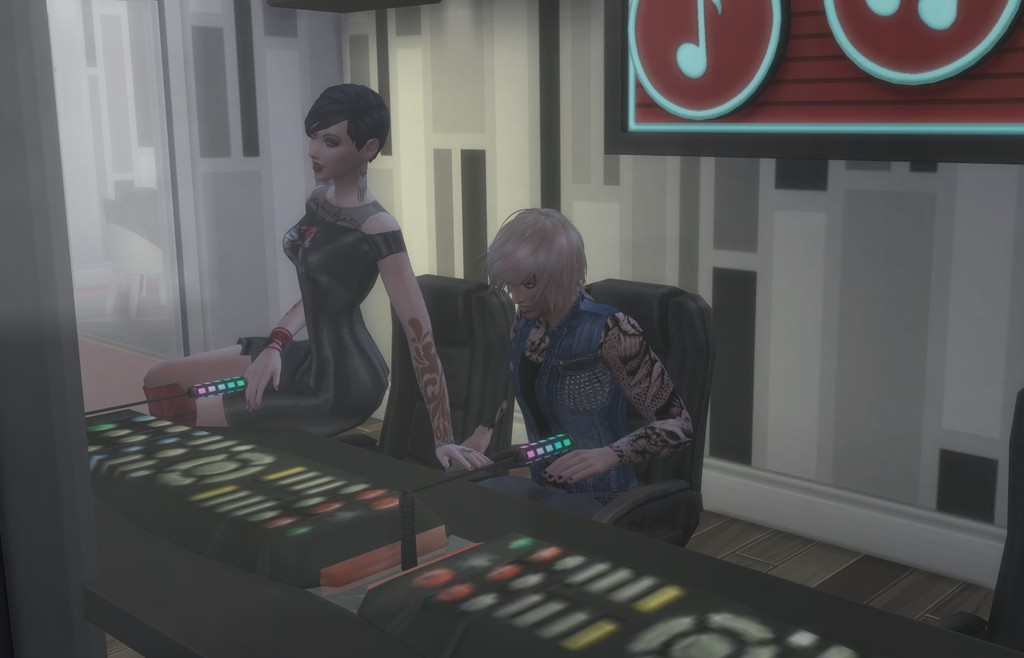 Manu slowed the tempo to match my violin that I piped into the booth. 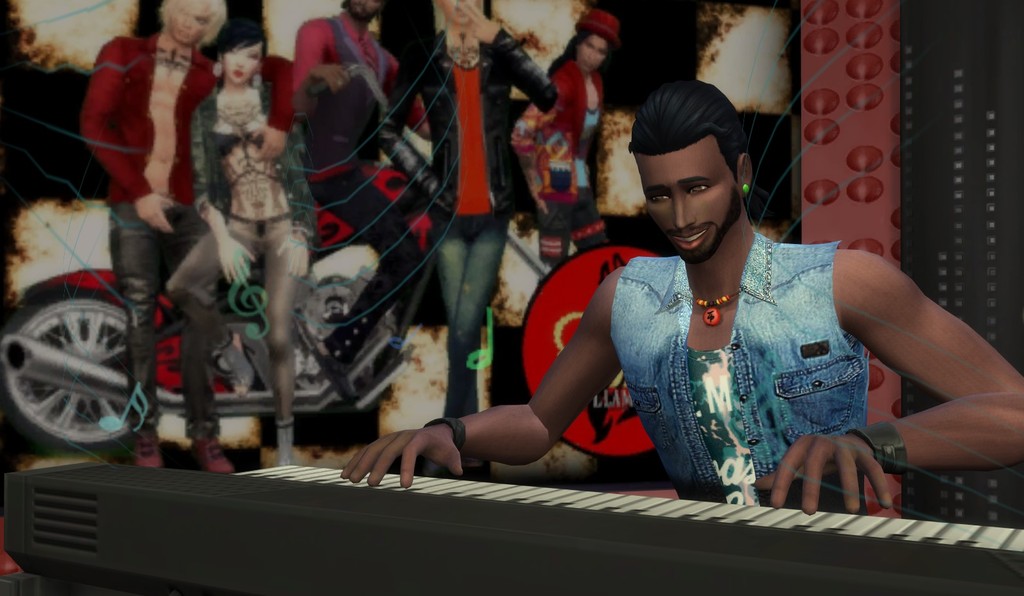 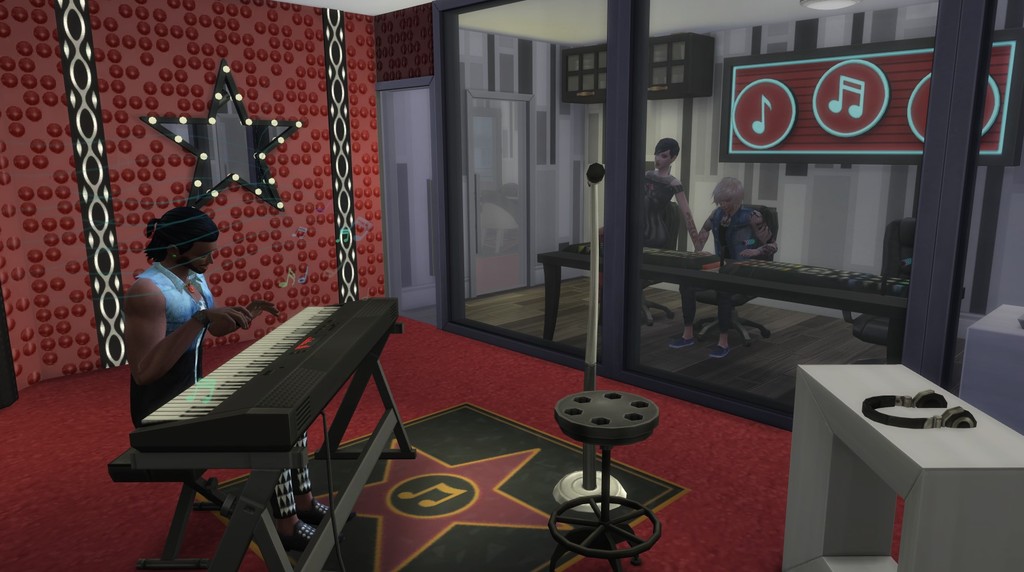 “Are you coming up to the party or are you going to stay in here all day and night?” Mako asked. 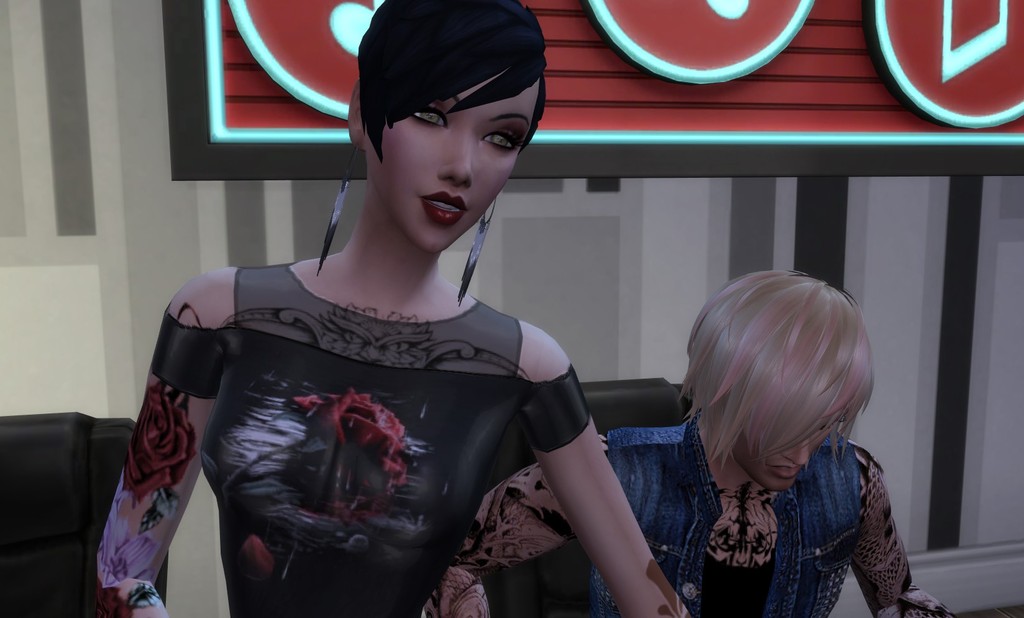 She wasn’t letting me alone. I guessed I had been working on this for at least twelve hours. But it had to be perfect. This was the first time I was producing our album. Since moving into the new penthouse which included a music room for writing and a sound booth for production, I was able to control all of the creative elements of the songs. It was so awesome! But Mako was right. Sometimes I’d get swallowed up by the work and forget that I had a life outside the booth.

Rising to my feet, I nuzzled her neck and said, “Let’s skip the party. You know I don’t like crowds. I’ll take you somewhere nice, just the two of us.” 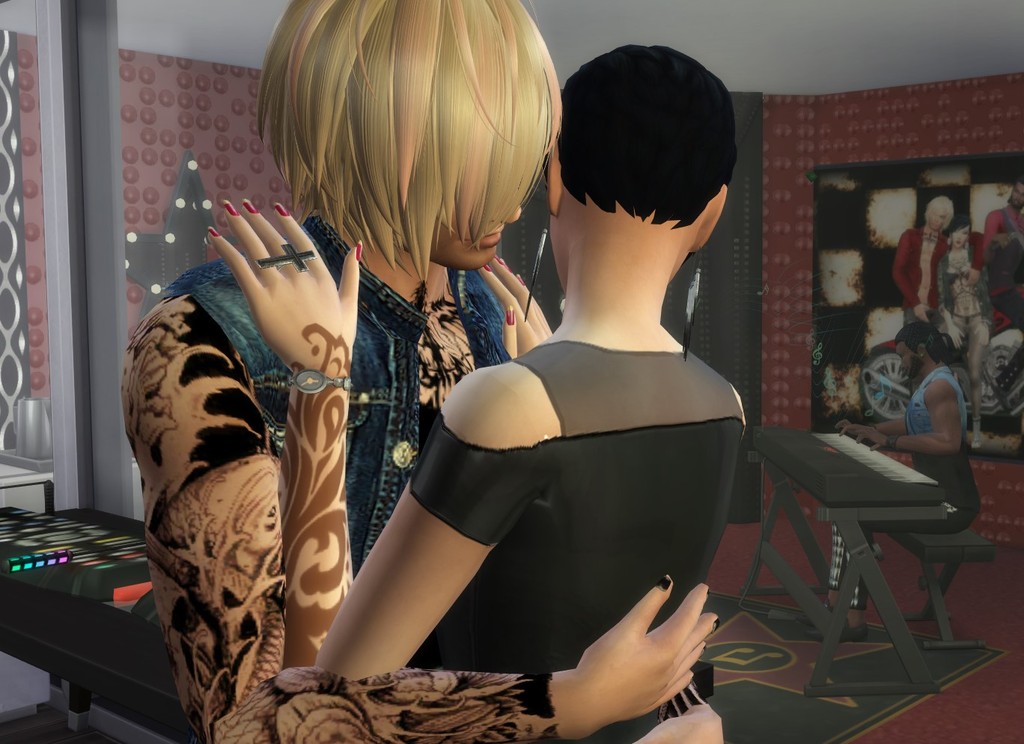 She laughed and said, “So, you want us to leave a party that’s being thrown for our band? That’s really nice, Jackson.”

“Why not? No one would even notice. You know it’s just going to be a bunch of Manu and Clarke’s groupies.” 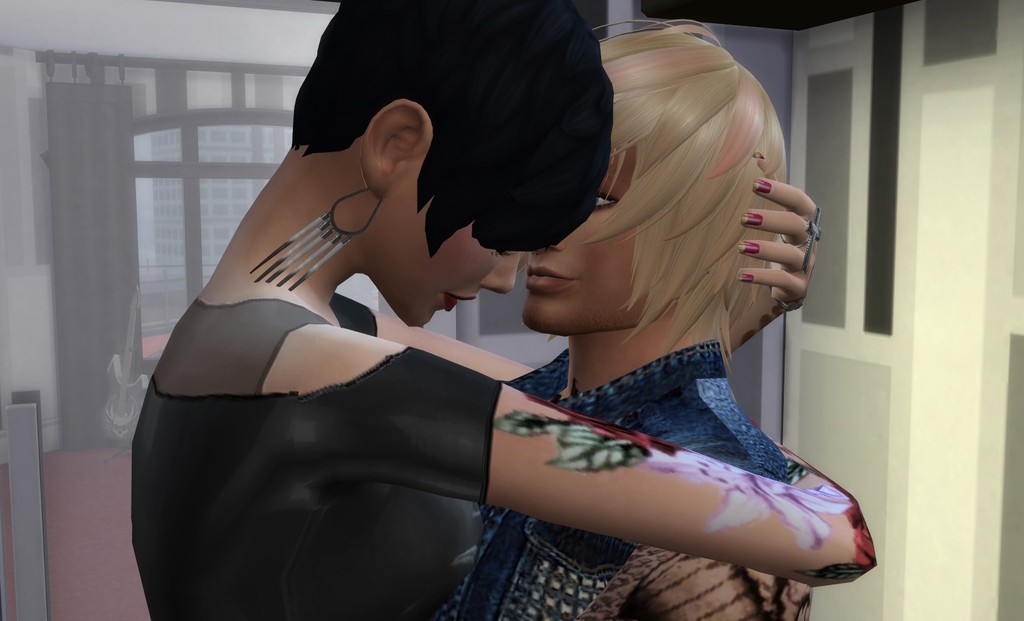 “Guys!” Manu yelled at us. “Take it somewhere else. I’m right here.” 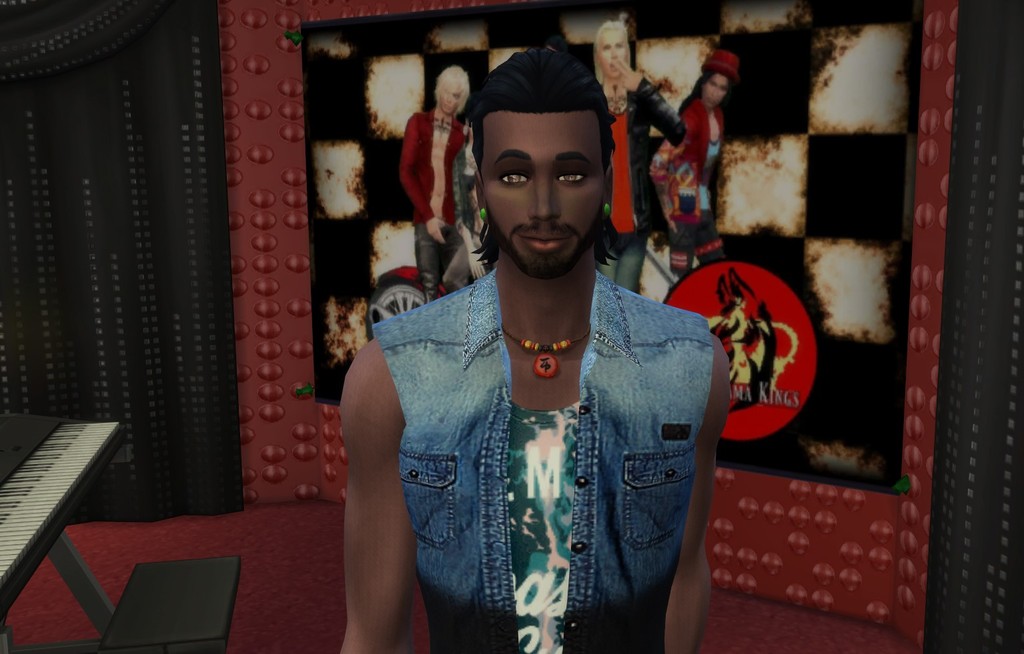 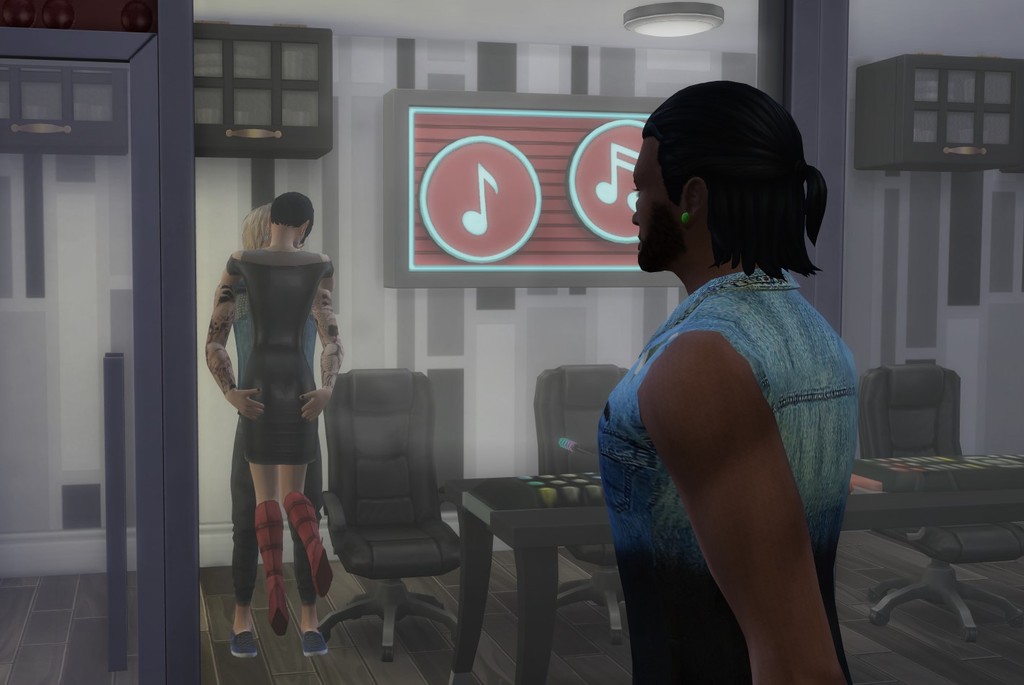 “Oh, you poor baby. When did you start being so anti social?”

“Since always. You just didn’t notice before. I’ve never gotten into partying. You know that.”

The parties, the paparazzi, all the people worshipping you—those were the worst things about doing this for a living. What I craved was the music itself, the creation of it. Hearing something that moves you and the crowds at the concerts. That’s what drove me. Otherwise, I would have given it up and become a concert violinist ages ago. But Mako was right. I had to show up to my own party. “I’m staying for one hour. Got it?”

She rolled her eyes. “All right, but don’t blame me if I don’t join you in your cave of solitude. I want to have fun tonight.”

Although it was barely 6 PM, there were already a bunch of people here. And I didn’t know any of them. Sighing, I went straight for the bar. 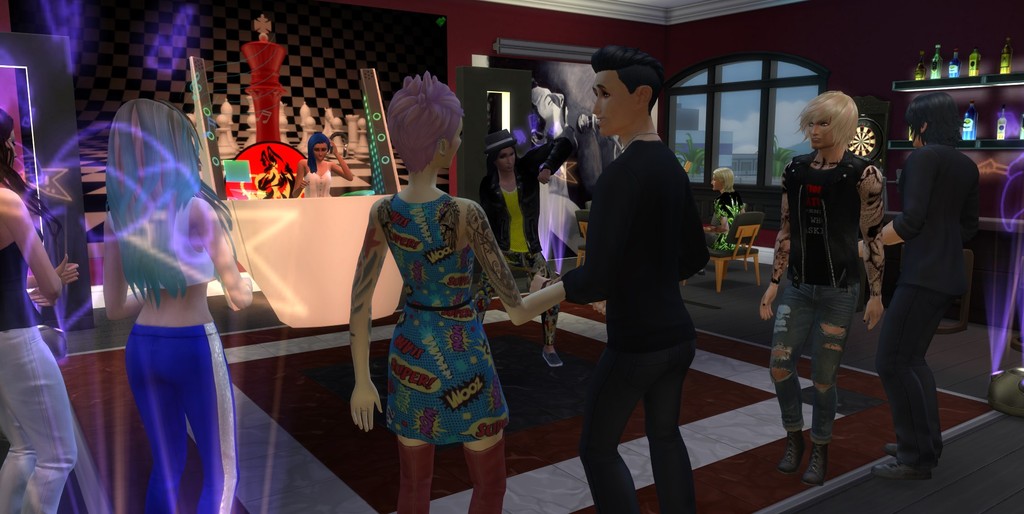 I had no clue why I was in such a bad mood. Maybe it was the fact that I’d almost finished the album but couldn’t or maybe it was because I hated parties. I knew by the end of the night, Clarke would probably be stoned and passed out at the hooka, Manu would be in the arms of several giggling girls, and God knew what was going to happen with the other strangers drinking up all our best liquor. 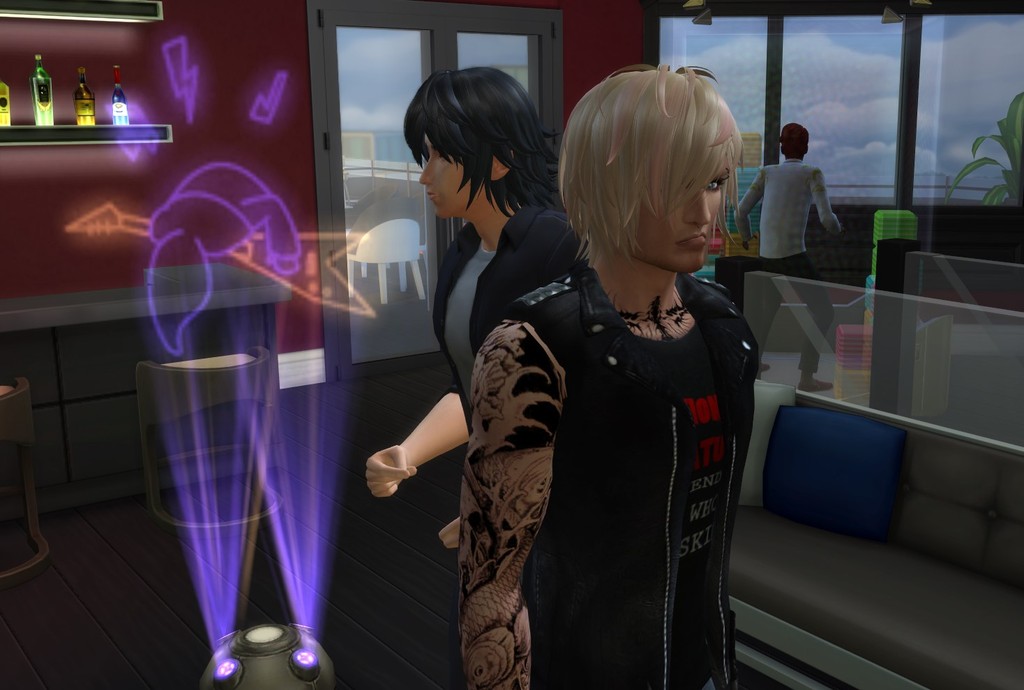 I ordered a beer from our bartender when a guy sat down next to me. “Cool place you have now, Jackson. Way better than your other penthouse even though that one was amazing.” 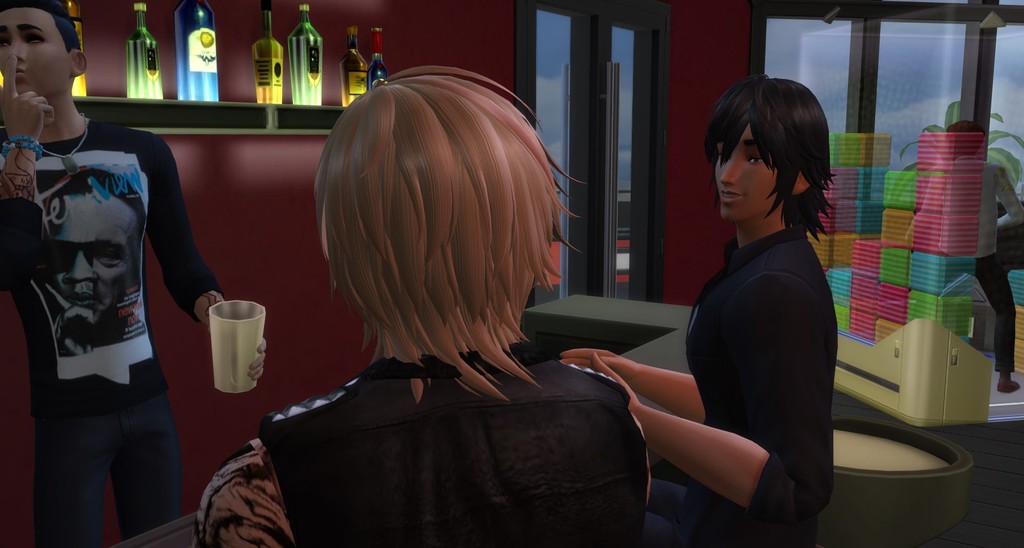 I glared at this guy, wondering who he was and why he was acting like he was my best buddy. And then I recognized him. He was Noah Callum, one of Mako’s groupies. “What the hell, man? Who invited you here?” 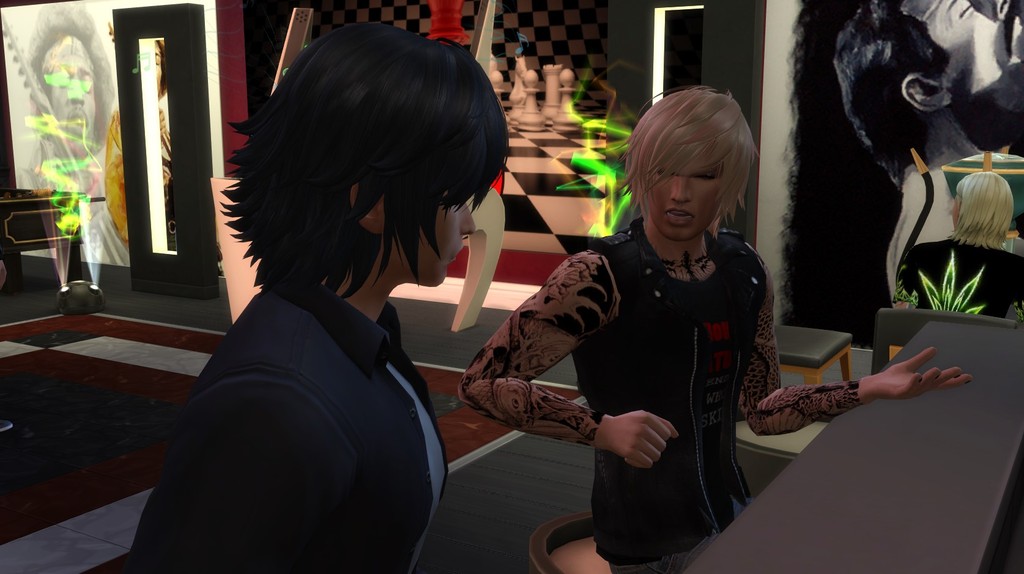 “Whoa, dude, chill. Lane invited me. I’m not here for Mako. Everyone on the planet knows you two are a couple.” 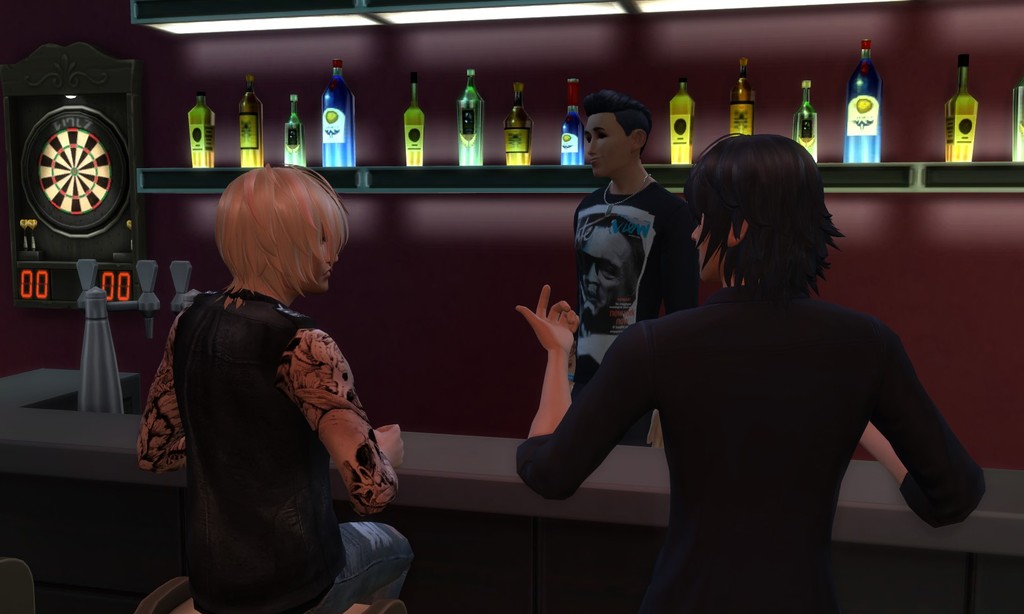 I still didn’t like him here. “Don’t even look at her wrong, man, or you’ll have me in your face.” 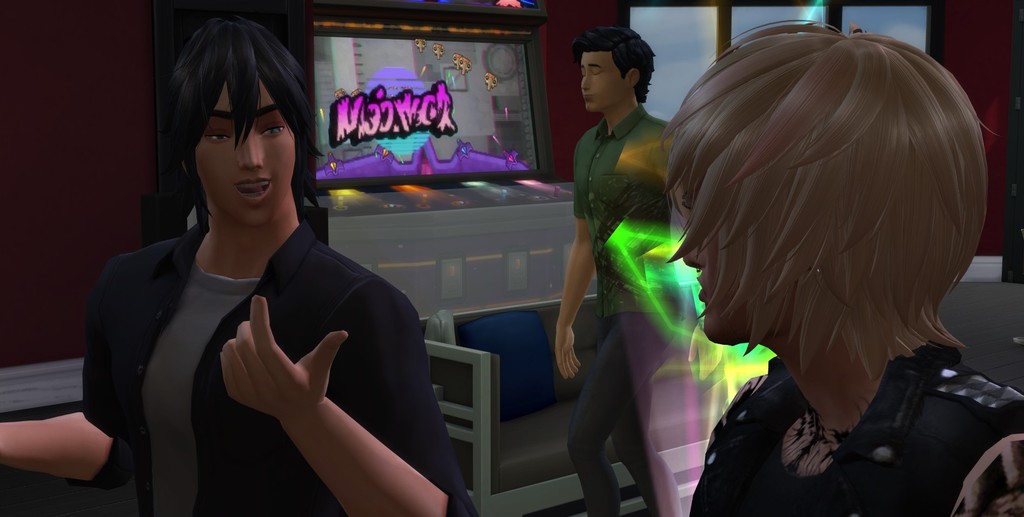 He was right. I was being a first class d*ck, and he was taking this crap from me.

I half smiled. “Okay...I guess I have been in a rotten mood lately.”

Suddenly, Mako wrapped her arms around my neck and kissed my head. “There’s my favorite boyfriend. Having fun?” 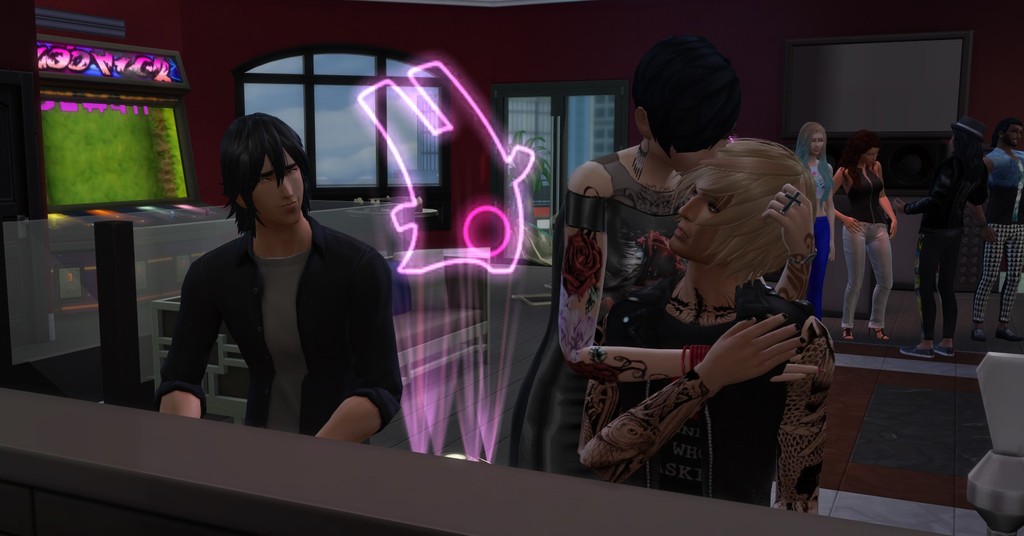 We all had a few of those flaming Dr. Peppers. They were tasty and relaxed me enough to where I decided to dance a little. Unheard of for me. Mako and Noah chatted behind me, but I didn’t care. I swayed to the vibrating electric guitar, soothing me like a mother calms her baby. 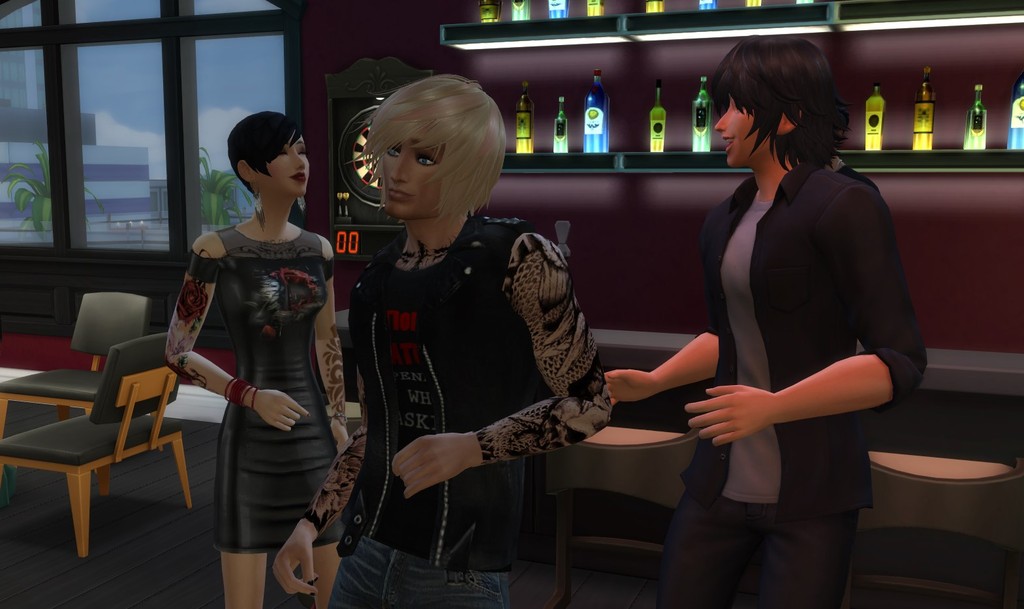 But after a while, I got a little bored and started drinking at the bar again. 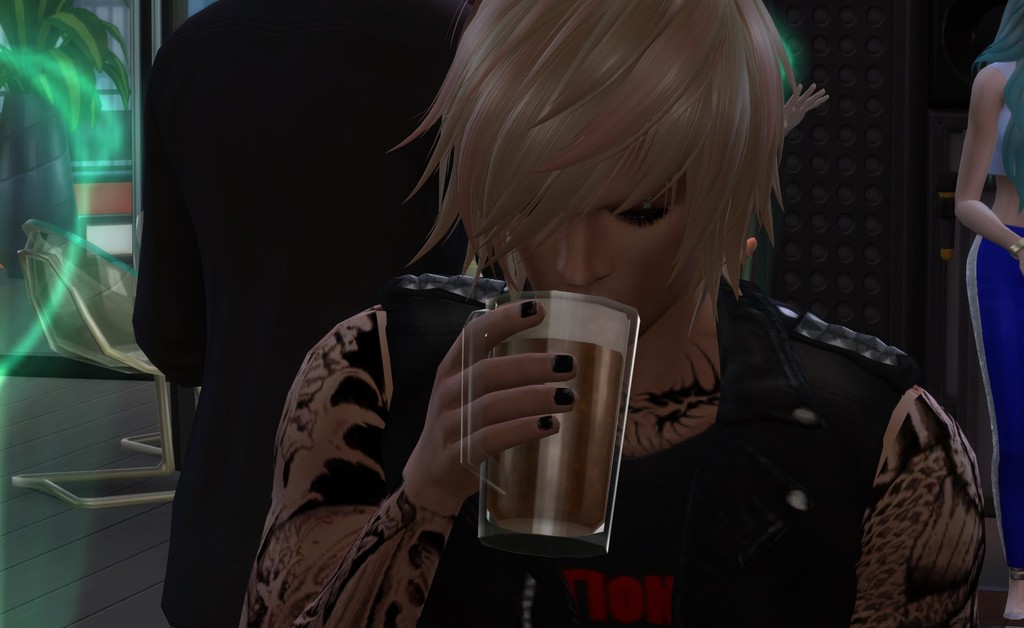 And before I knew it, my mind drifted to Winter and what she was doing tonight. I hated myself for even thinking about her. Why did I do things I knew would make me crazy? But I couldn’t help it.

I ordered another drink. 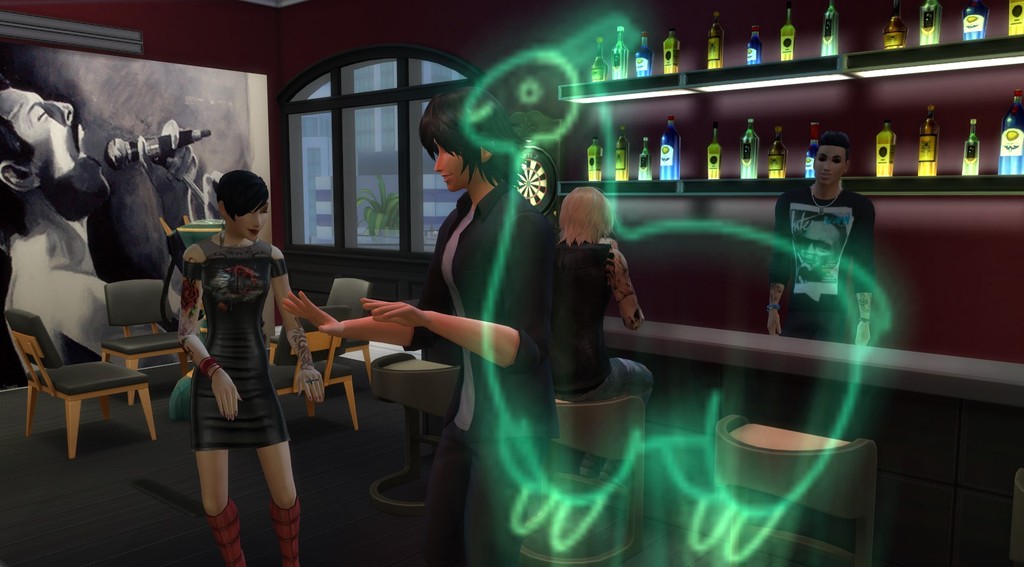 Until I was so stinking miserable with thoughts of when Winter’s wedding was going to be and how many children her and dickface were going to have. 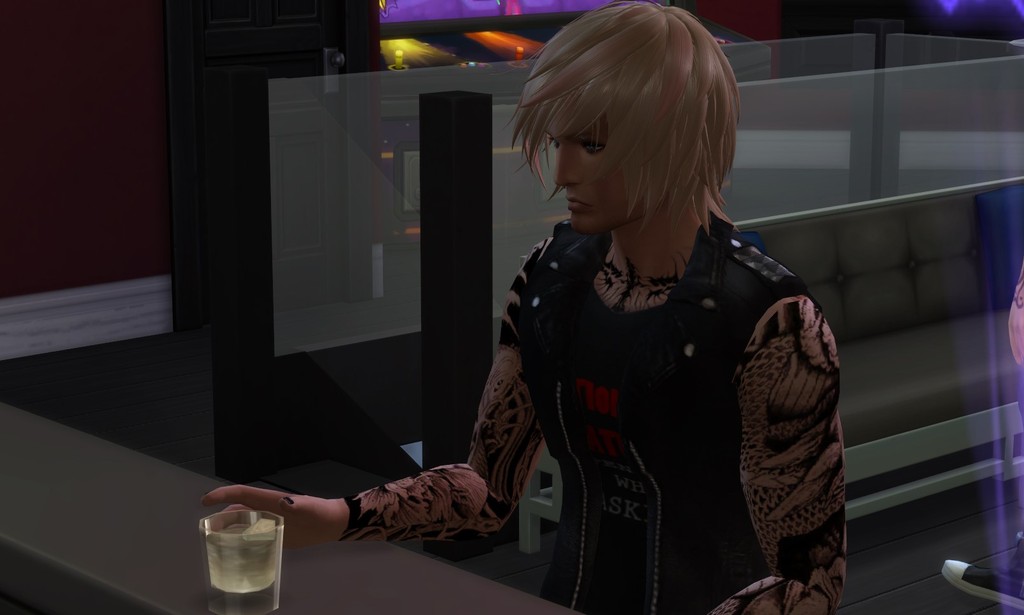 With every drink I downed, the night got hazier 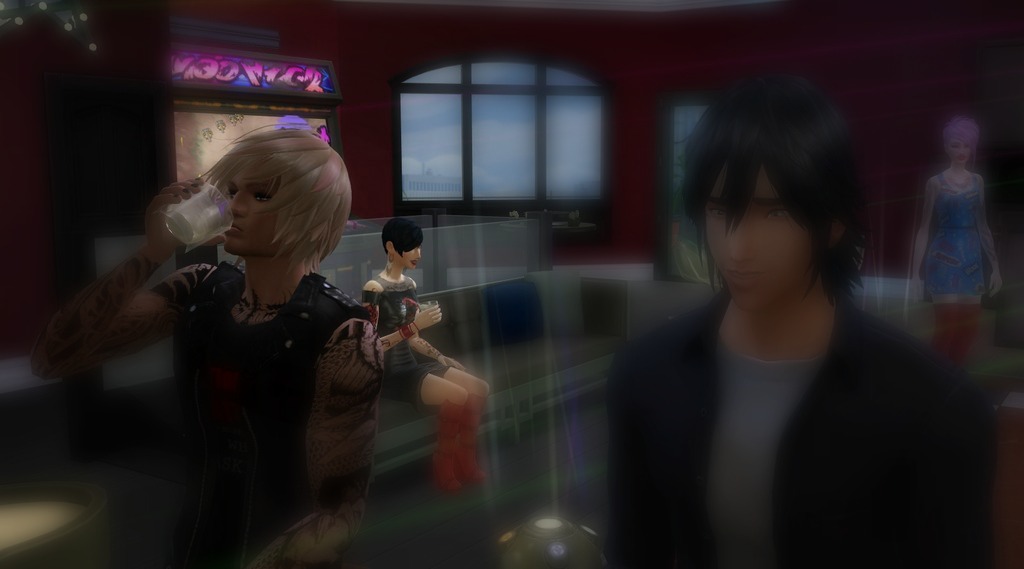 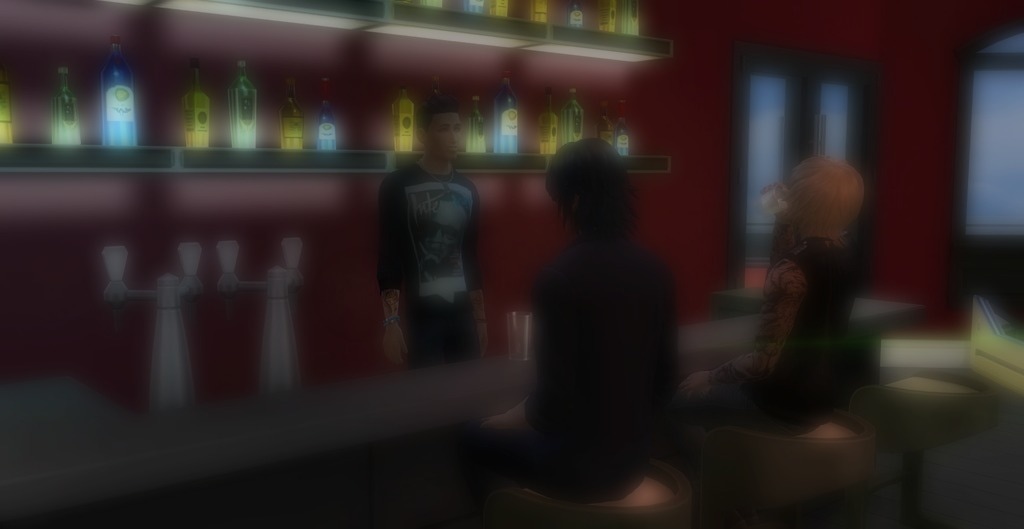 Until I woke up the next morning in Mako's room and saw Noah laying beside me along with Mako. 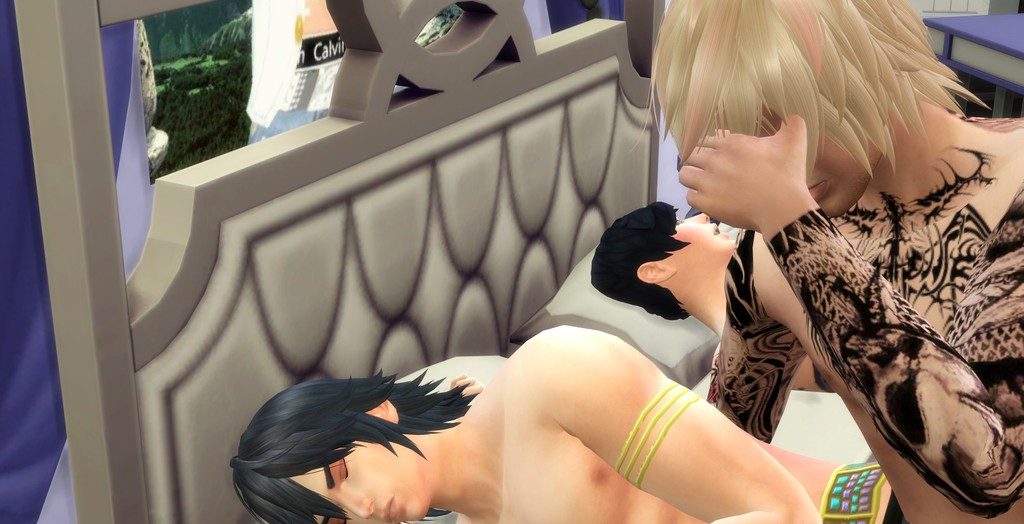 And then a bit of the night crept in on my subconscious like a cockroach in search of food. “Plum. How the h*ll could I do...share...Oh my God.” 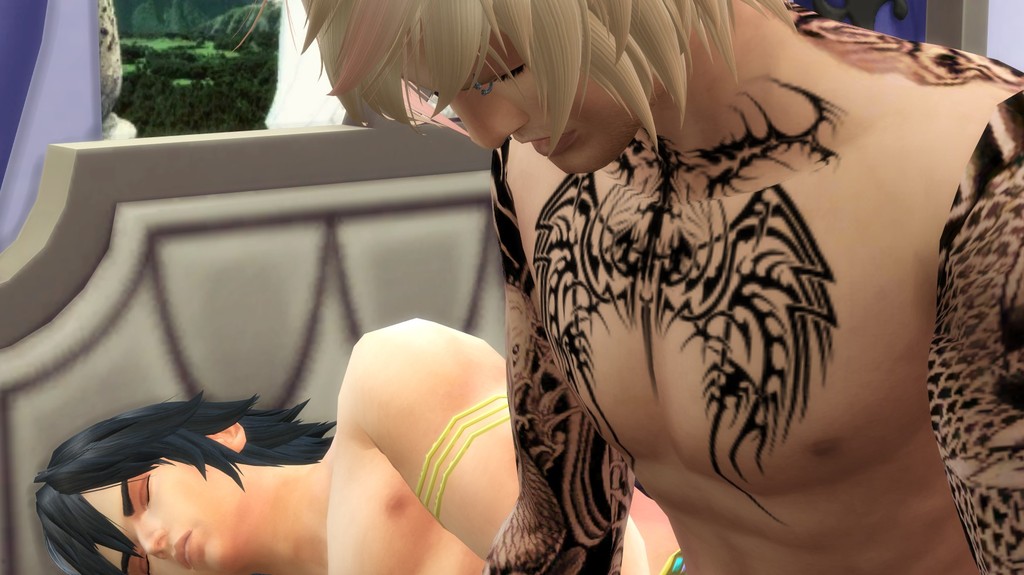 I hated myself and what I’d become at that moment. It was like I was in some weird, sinister nightmare. All of my nerves caught on fire, I was so freaking mad at myself. I had to get out of there. My head pounded like someone put it in a blender and pressed liquefy.

All I knew was that I wasn’t happy. Something had to change. 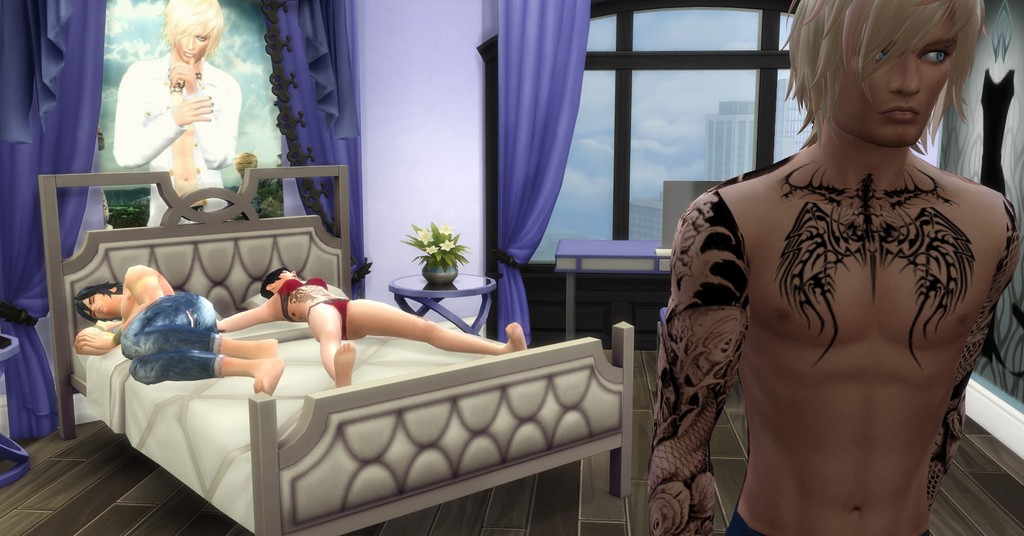 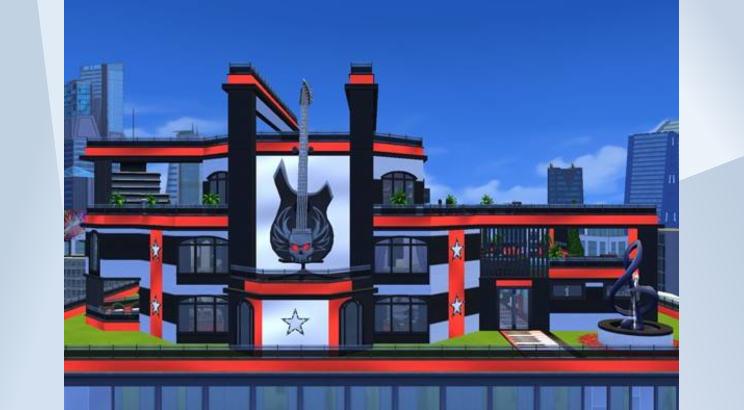 And can I ask a favor of you? If you love her work and what she does for this story, would you click on this gallery link and hit the favorite button? Maybe download it or tell her what you think of her creation? She works hours on these projects for me and while you might say something here, she won't hear it since she's not here a lot.

So, please, take a few seconds and go here and let her know you appreciate her talent: HARD ROCK PENTHOUSE
Powered by