The boyfriend popped right out of his seat and ran over to Siobhan.

"Darling, I've been trying to reach you for days. Why won't you talk to me? I'm sorry about the other night. Won't you give me a chance to make it up to you?"
​ 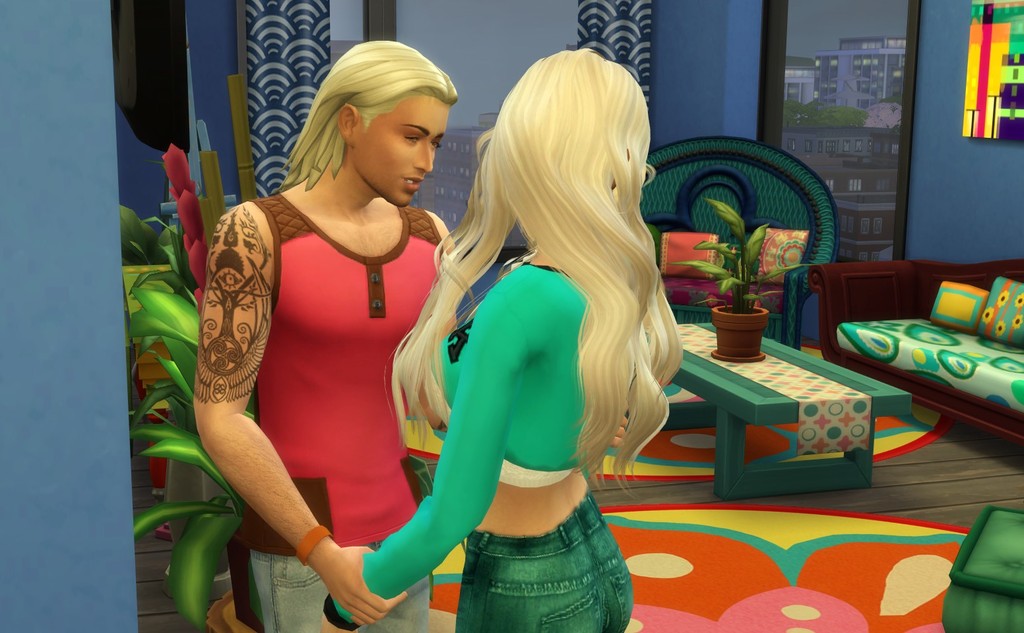 But she wouldn't speak to him. I didn't know what to do. I felt like an intruder but what if she needed me? So I stayed.
​ 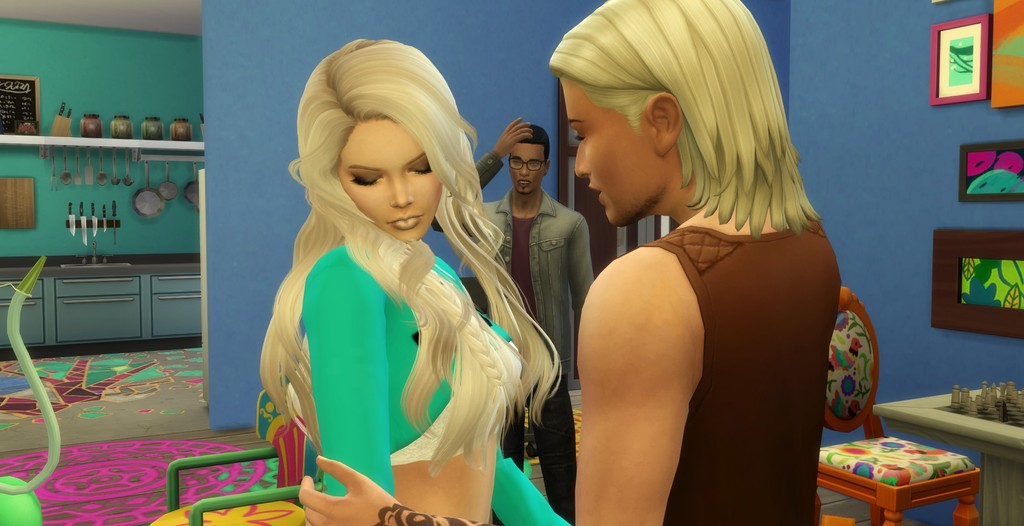 "You're really going to do this then? You're going to break us...Is it because of him?"

My stomach lurched when he mentioned me. Was she acting like this because I was here? I had no idea what their history was though. 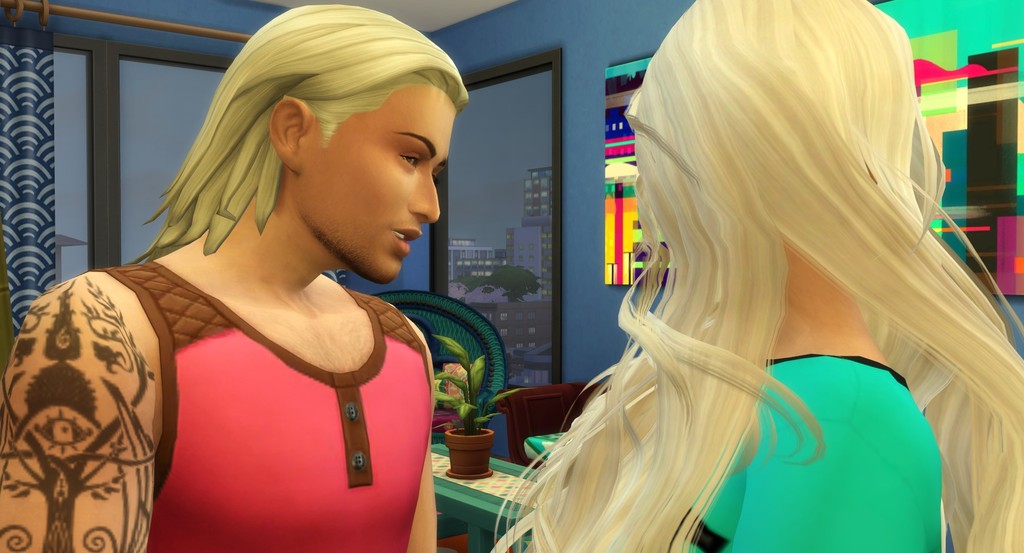 "Julien," she started but then tears rolled down her cheeks.

​I wasn't going anywhere. He must have been a total prick to her. Crossing my arms, I dug in, ready for war. "The lady doesn't want to talk to you, dude, so why don't you take a hint?" I asked in the deepest, most commanding voice I could muster. 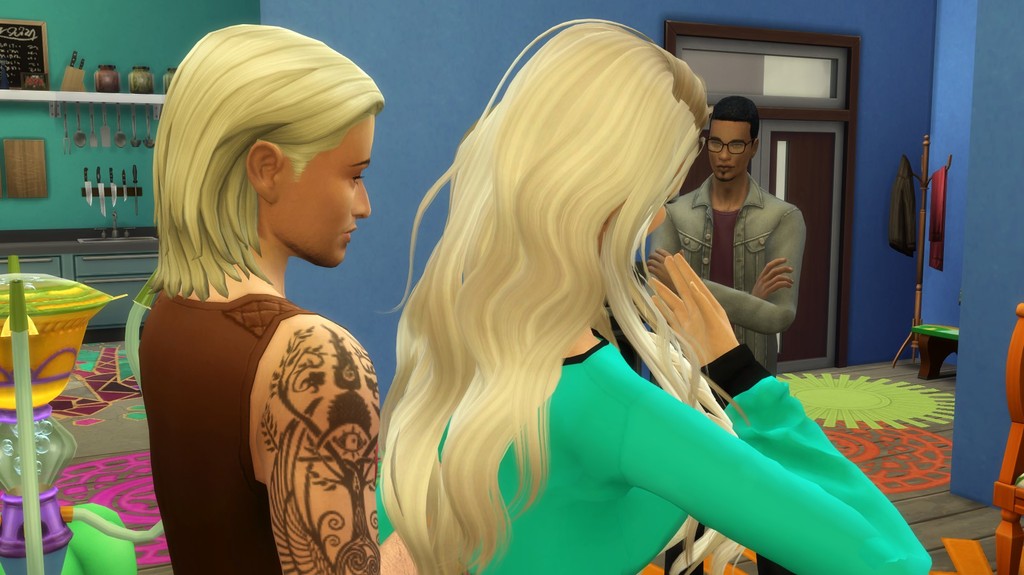 He said in a thick British accent, "I don't know who you are, but you can get the bloody hell out of here. This doesn't concern you."

"Oh God, don't, Julien," Siobhan cried, pulling away from him.
​

I glared not moving a muscle. "Ask Siobhan if she wants me to leave." 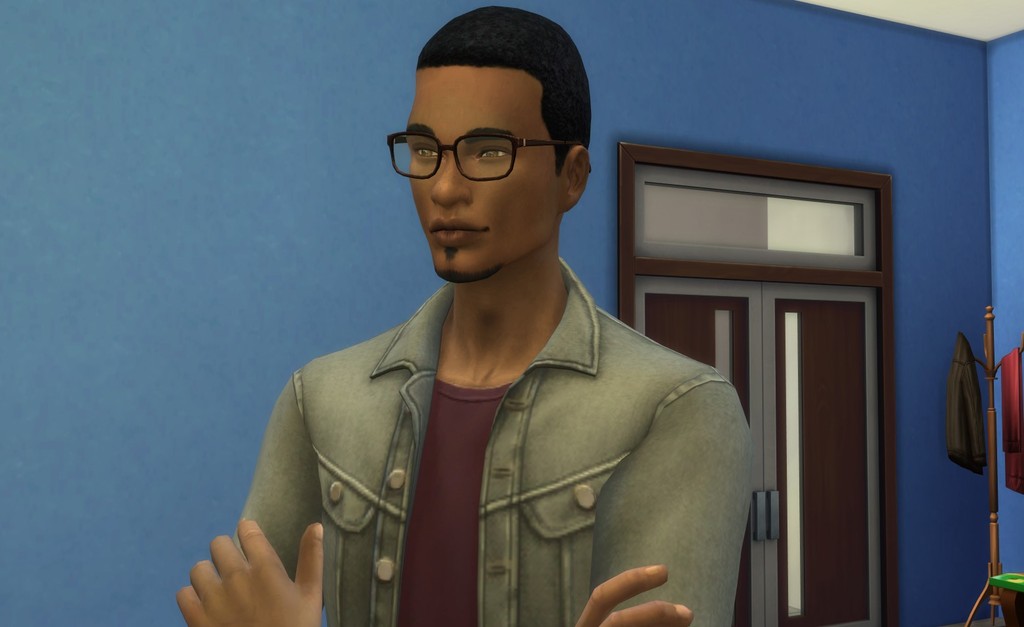 When she did nothing but cry, he jerked away and said, "Fine then. You can have each other."

Giving her one last glower, he stormed out.
​ 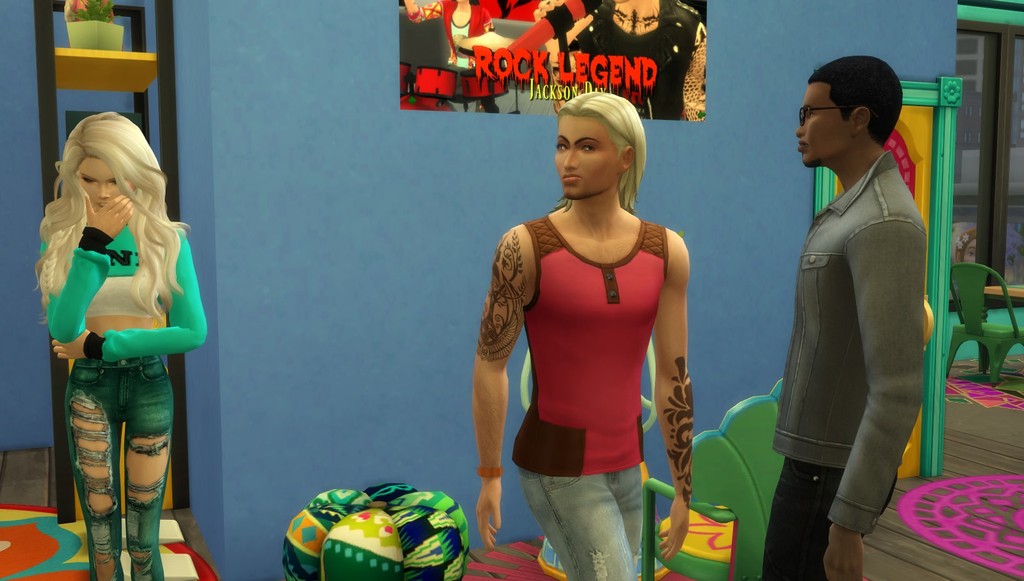 I was so glad he left. What a bumass jerk.
​ 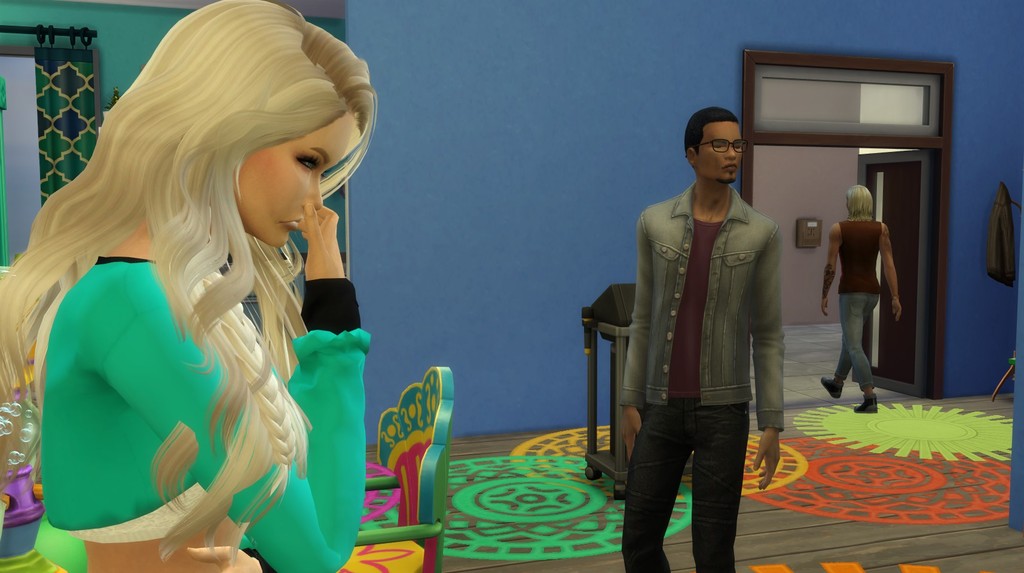 "Could you please leave, Theo?" she whispered to me, voice hoarse through tears. "I'm sorry." 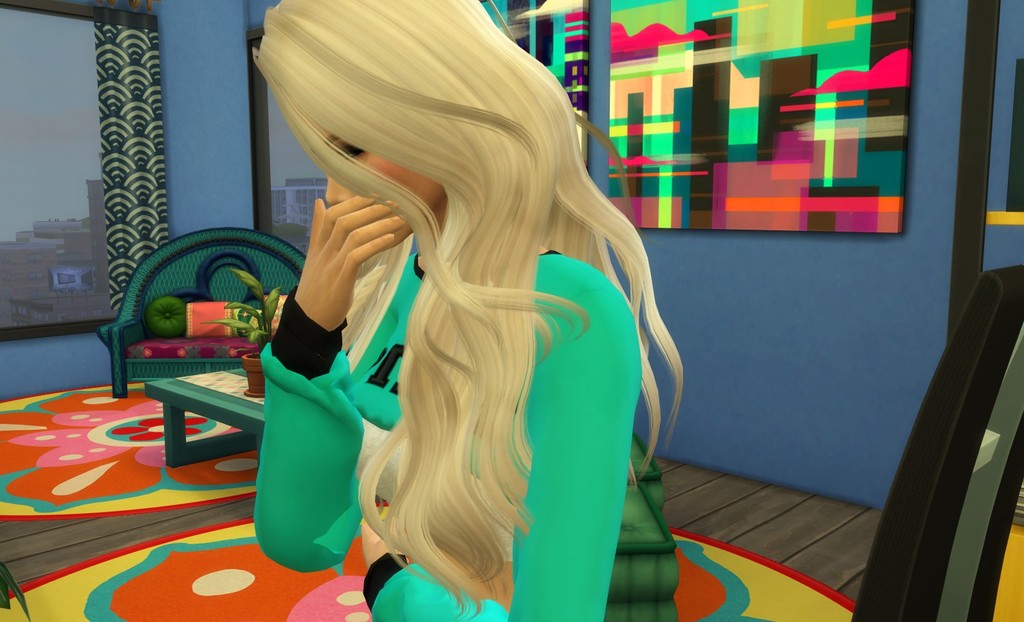 It just got cold in here.
​ 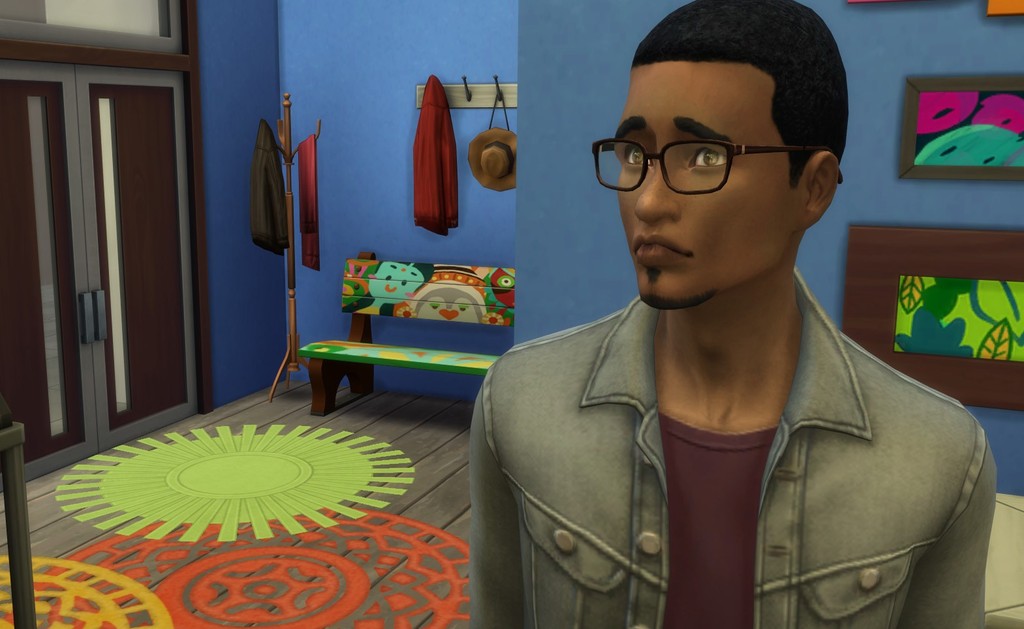 I felt as if someone had buggered me in the ass to hell and back again. How could Shivvy treat me like a piece of rubbish? And with that bloody wanker? I knew I'd screwed up last week, but hell. I was human. I made a fucking mistake and she wouldn't forgive me. If I had it back, I would have told Eun to piss off and been done with it, but I was stoned out of my mind and wasn't thinking straight. God...just one tiny mistake and we're done for? How does that happen?

Damn.
​
When I got home, my father was passed out as usual. Ever since his stroke, he hasn't been the same. I've had to take on three jobs just to cover Naomi's tuition as well as pay for rent. It was all I could do to juggle everything and now this.
​ 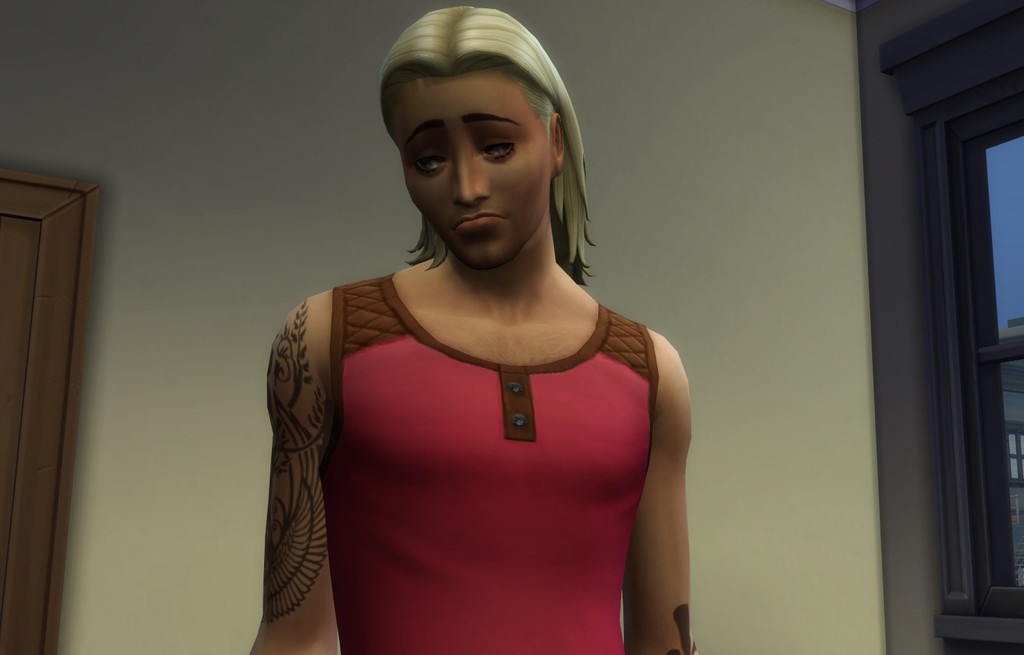 "Dad," I raised my voice, trying to wake him. "Did you take your medicine?"

He only grunted. He'd taken to the bottle again. I guessed I couldn't blame him. I knew he felt like shit all the time.
​ 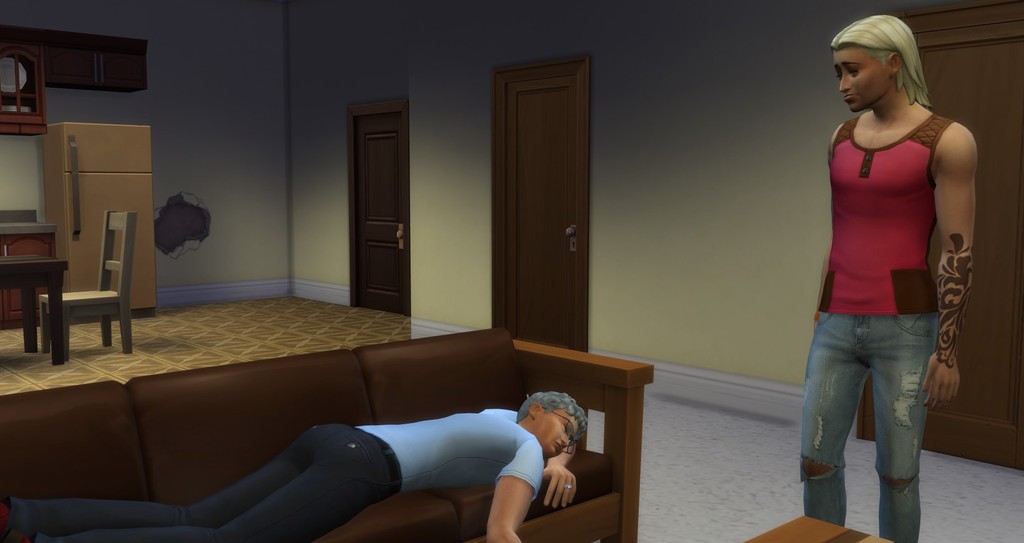 Sighing, I creaked open the door of my room. The painting I'd just finished smacked me in the face.
​ 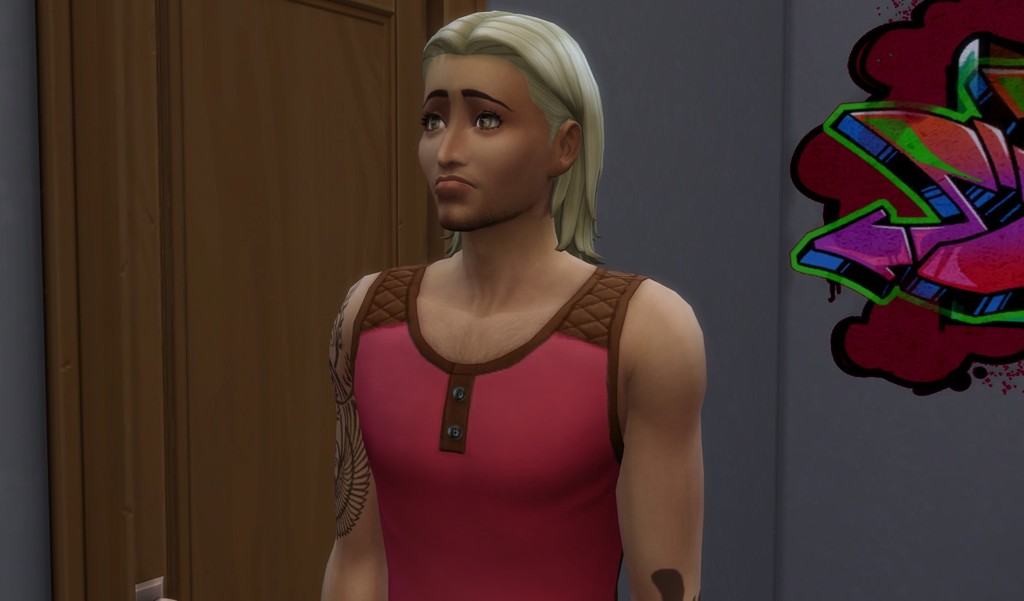 I'd used an old picture from high school. We were so happy then. Now, everything has changed. 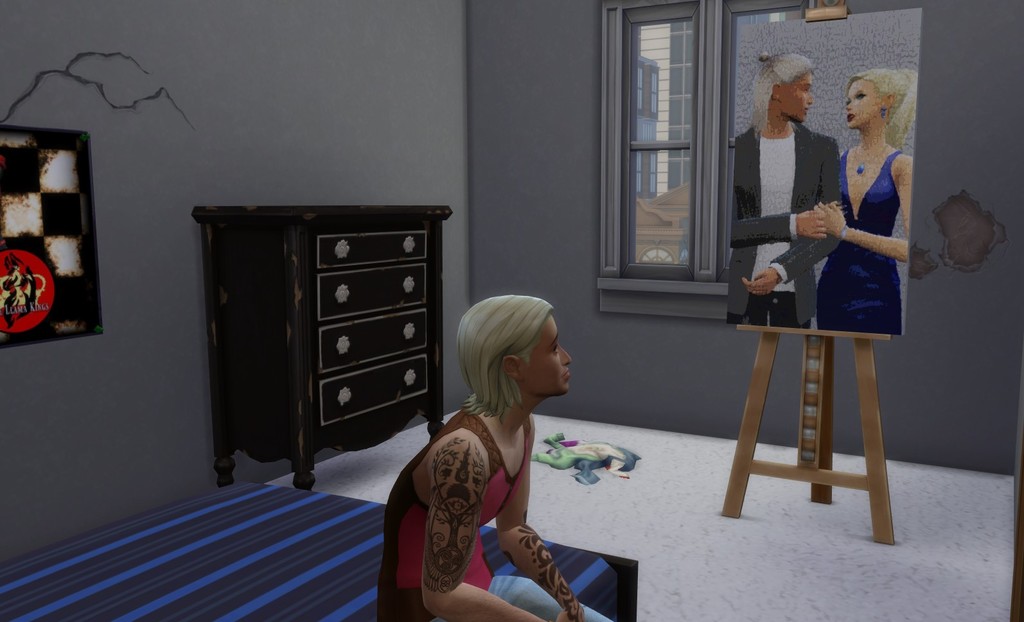 The past few months have felt like a dream. I really thought we would be together forever. I usually stayed at her flat and we'd lazily talk to each other after we'd make love. She was beyond breathtaking to me.
​ 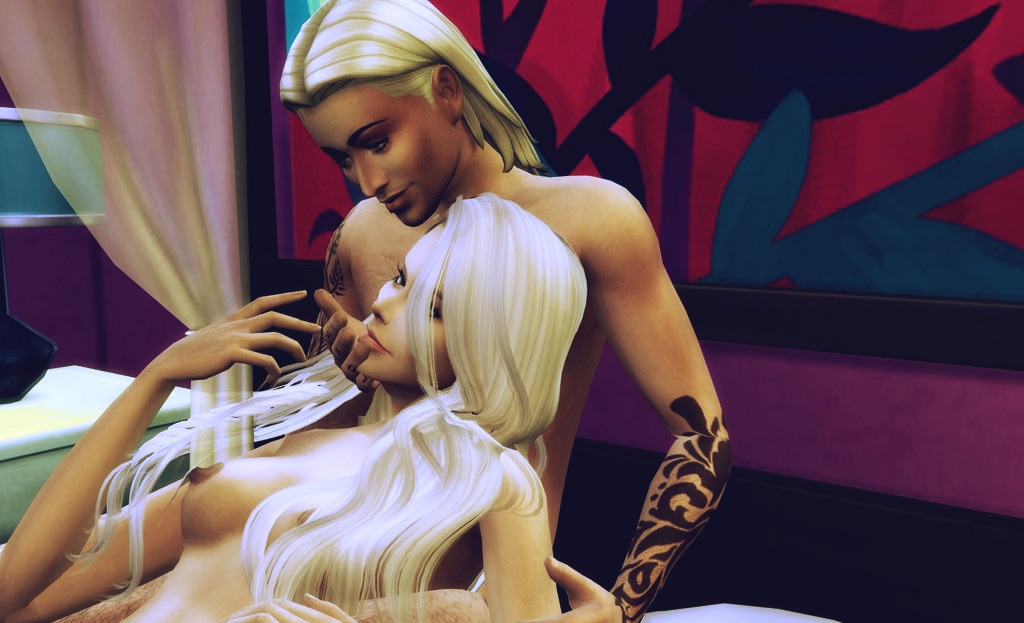 She'd always tell me how much she loved me, too.

How could she change her mind in an instant like that? We should be able to work out our problems.
​ 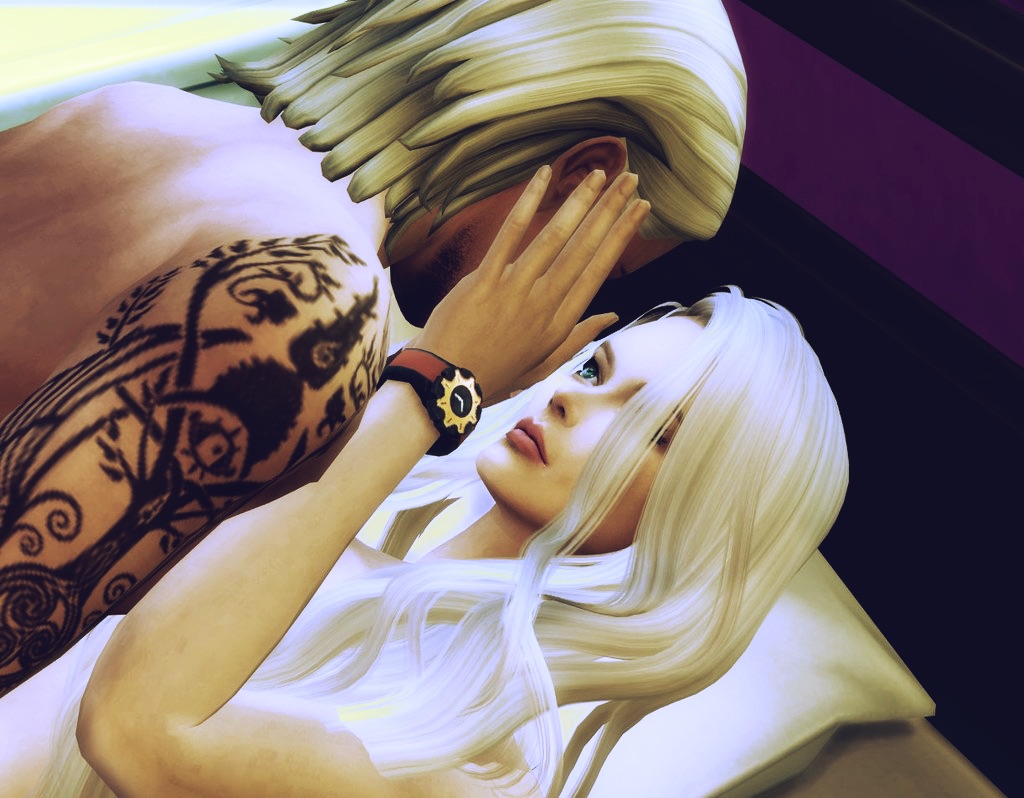 I was absolutely gutted. 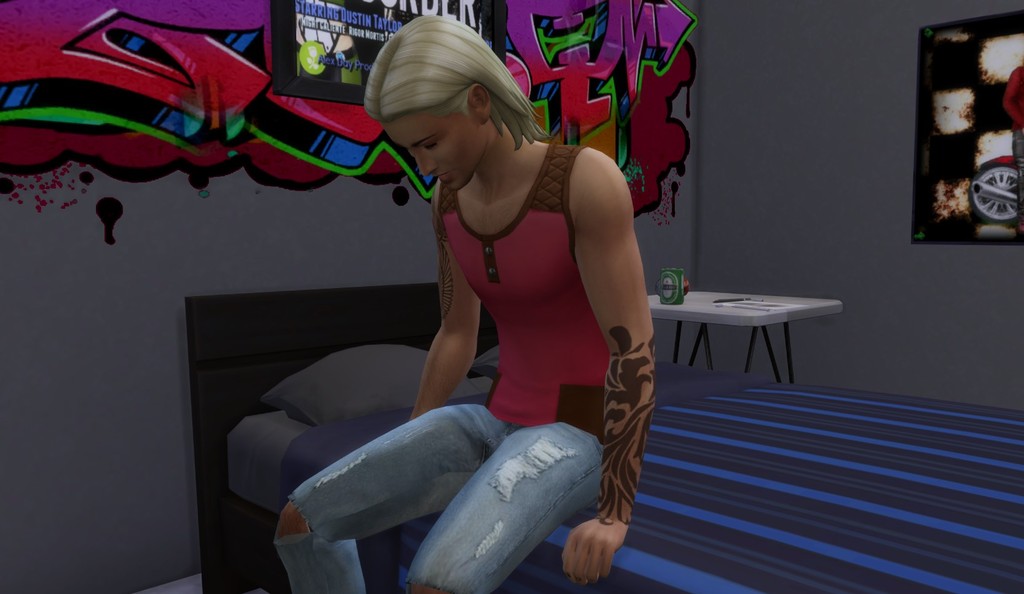 Since Julien and I broke up, Tulip has been a godsend to keep my mind occupied. Naomi and her hit it off right away.
​ 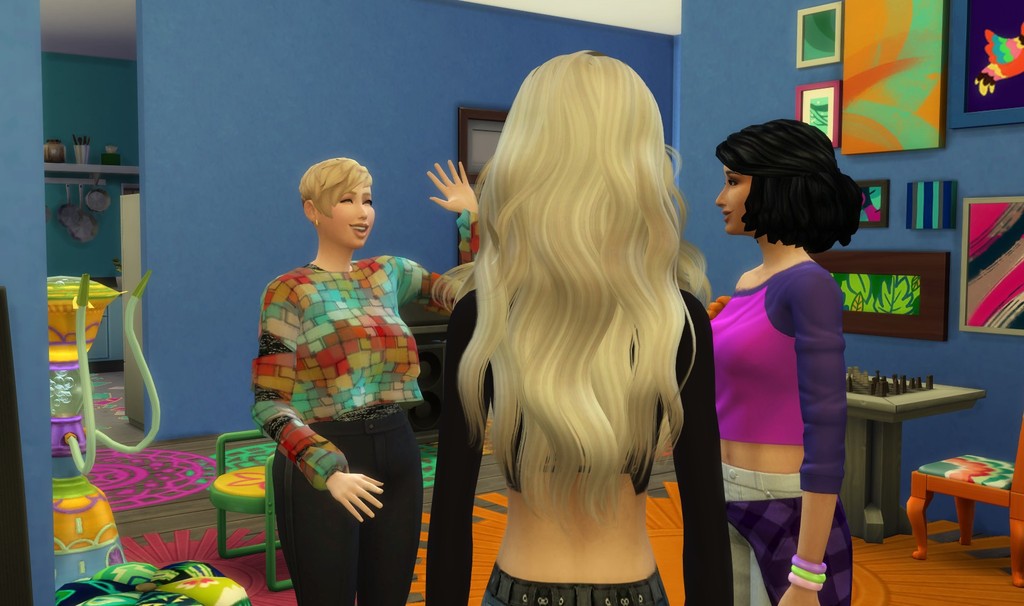 Between Naomi's British humor and Tulip's irreverence, we were constantly laughing.
​ 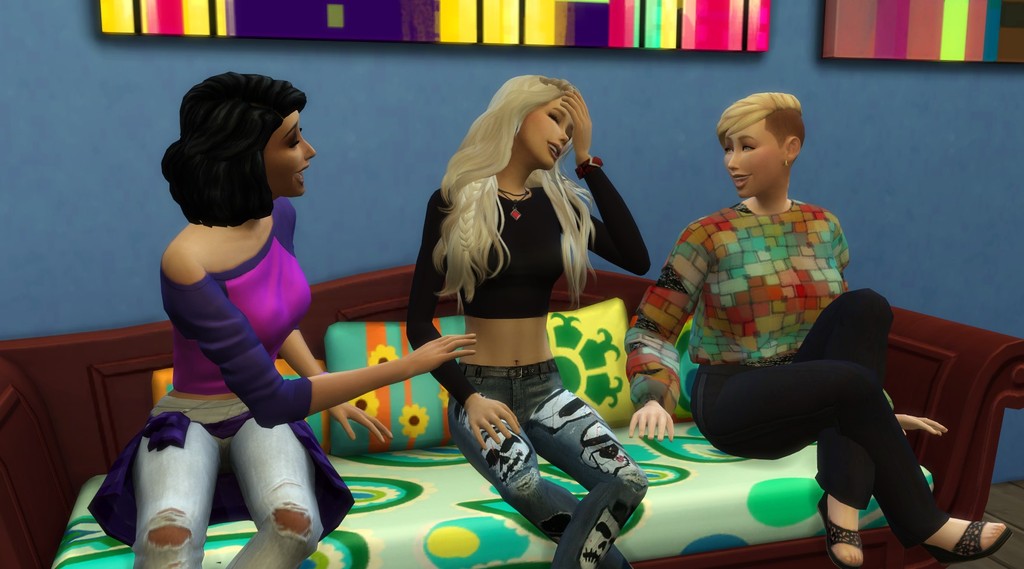 As the days passed, we were always together, eating tubs of ice cream and watching horror movies.
​ 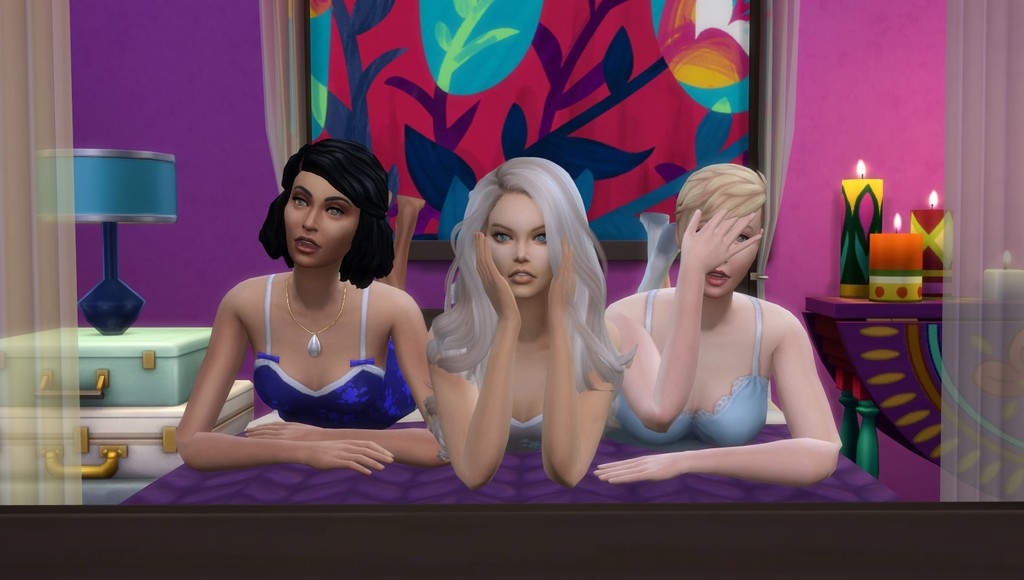 I thought it was so funny that all of us would scream and giggle at the same time. It was so much fun and a great distraction. 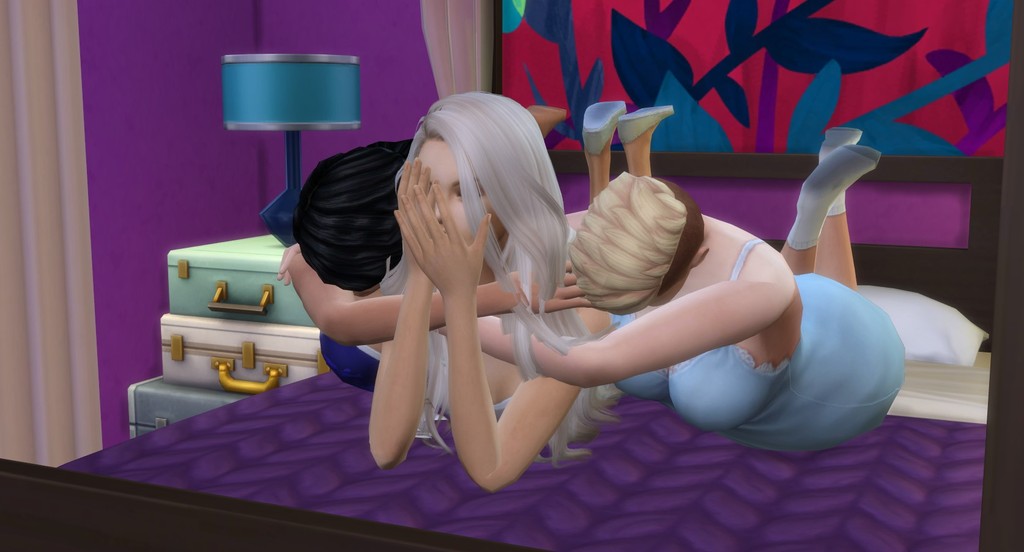 I really missed Julien. Was I wrong to break up? But he just wouldn't listen to me about the pot, and I knew he and Eun would use harder stuff, too, he just kept it hidden from me. It scared me to death thinking I might have to deal with another person I loved spiraling out of control. I couldn't bring myself to do that. Julien thought I was being unreasonable but I was in protection mode.

I couldn't take seeing that again.

He tried over and over to get me to change my mind. It crushed me to tell him I needed space.

I wasn't sure if I could keep up my resolve, though. I still loved him.

​If you asked people on the street what they were doing the day Jackson Day died, they'd be able to tell you something like "I was taking a shit and read it on my phone," or "I was driving home from a club and heard it on the radio." In about ten years, I bet they'd all forget about it. Life would move along and other, more pressing world events would crowd that image out. But me? I'd never forget who I was holding--her shocked, grief-stricken face would be forever etched into the far reaches of my mind.

She didn't know I was the one who called 911 when she fainted. Or that I made sure she didn't hit her head on a table or a bowling ball. When she'd awakened, she was safely in the arms of her asshole boyfriend. I slipped out unnoticed and back to my post at the entrance.

I never thought I'd see her beautiful face again. Hell, this was a huge city. Millions of people lived here and there were thousands of bars littering every dark crevice. What were the odds she'd set foot in the bar I worked at?

But I don't believe in odds or luck or magic fairy dust. That's for suckers.

I believe in destiny.

I couldn't wipe the grin off my face when I saw her gorgeous curves bound into the Inferno Bar and Club. Three years looked damn good on her. I'd just started moonlighting at this place only about three weeks ago. It was probably the hottest bar in town and not just because of the name. So maybe I shouldn't have been shocked when she and her friends came inside. 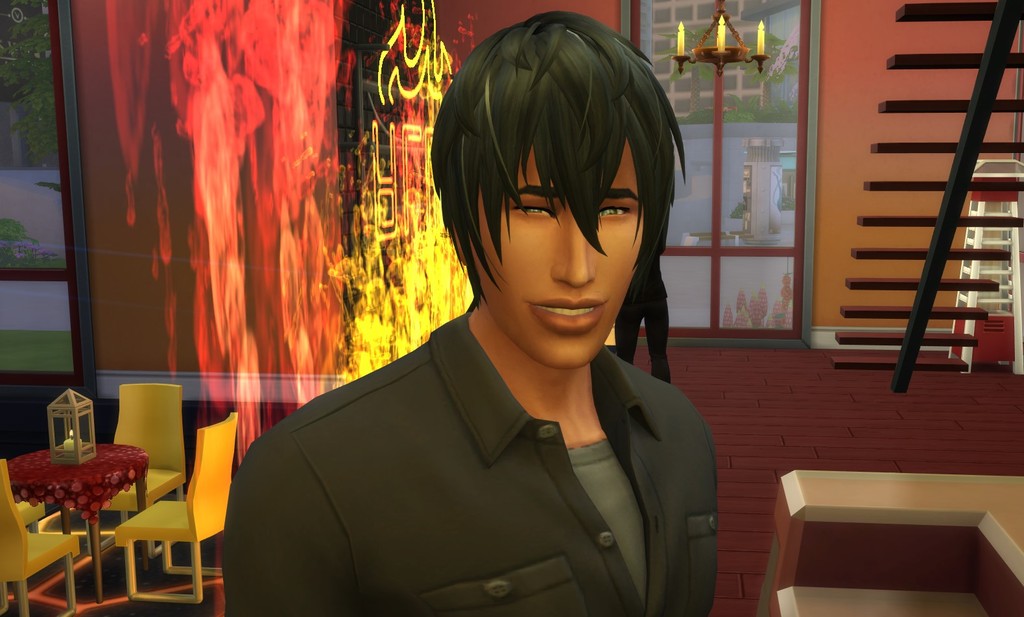