Since that awful night, the dark clouds that often loomed over me never dissipated. They only became heavier. Losing Seth was a lot like a death. I used to see him or talk to him every day but all of a sudden, he was missing from my life. That left a gaping hole, similar to what I'd felt when my father died. 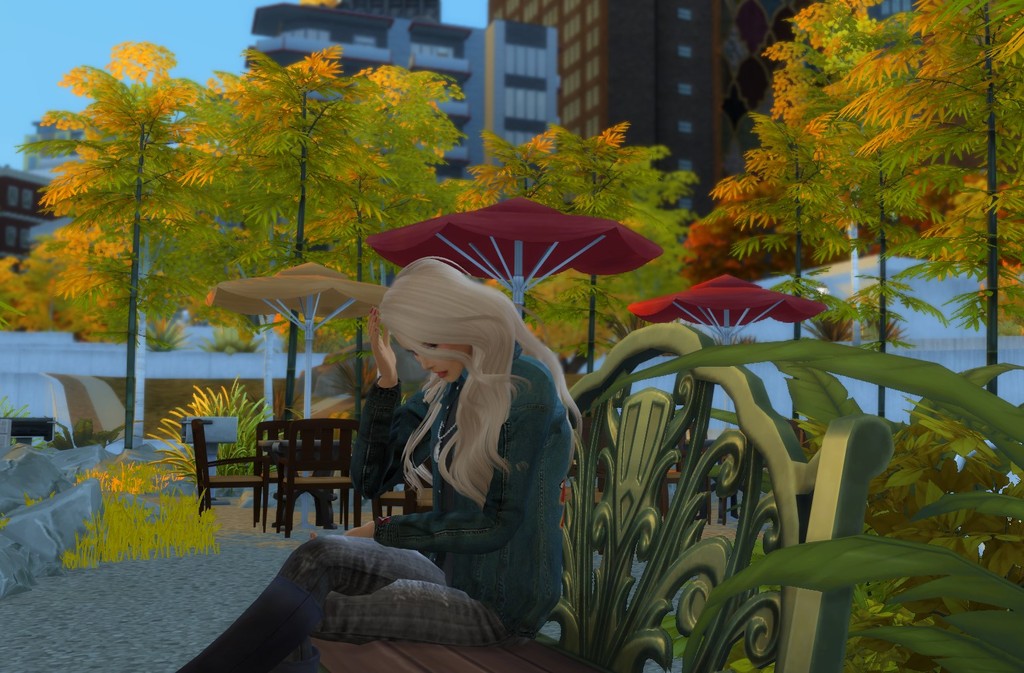 I didn't feel like going to school anymore. Or even getting out of bed. Naomi would drag me out and order me to at least do my makeup and hair. Then she'd force me to go to school, but I'd often find myself crying, so I couldn't see my classmates. They'd ask questions like: What's the matter? or You shouldn't waste tears on that asshole. I knew they were just trying to help, but it didn't. It would just make me feel worse.
​ 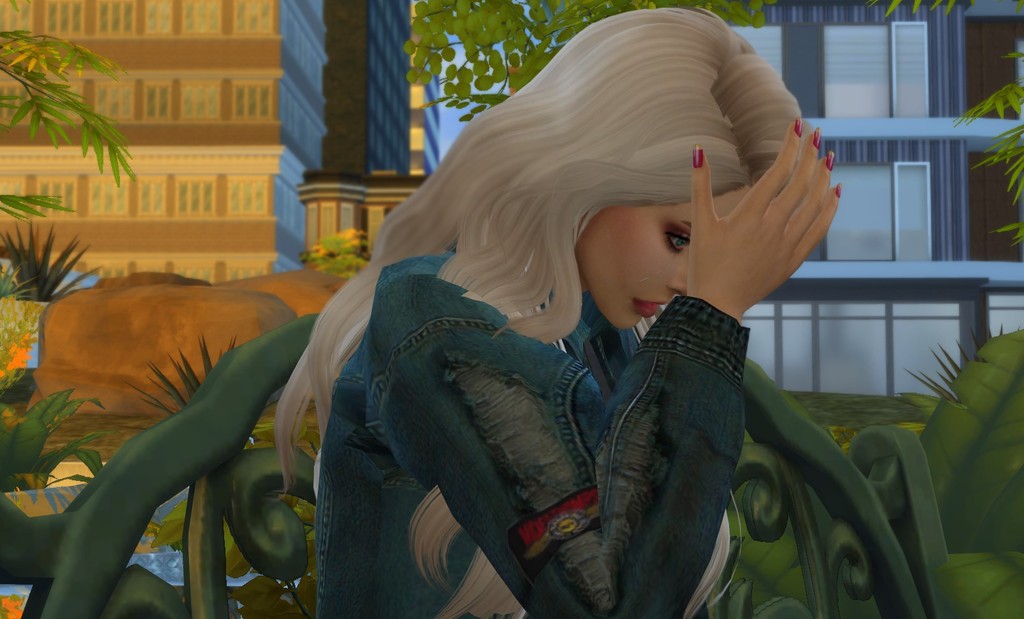 Weeks passed and little by little, I made my way out from under the clouds. I went to school and honestly, things seemed to be looking up. There were even one or two days when I wouldn't even think about Seth, wondering what he was doing. Where he was. If he was married to Io yet. Those questions all but went away and sometimes I even would laugh with Tulip or Fashionista.

But then I got a call from S.M. Jewelers. The wedding rings Seth and I special ordered were in. I didn't want the traditional large diamond engagement ring. Instead, we both got matching wedding bands which were etched with a delicate scroll of a music staff dotted with hibiscus flowers of Pongo. They were beautiful. I picked them up and cried my eyes out in the park.

Seth and I would never wear these.

Images of him and Io laughing and kissing on their wedding day haunted me.
​ 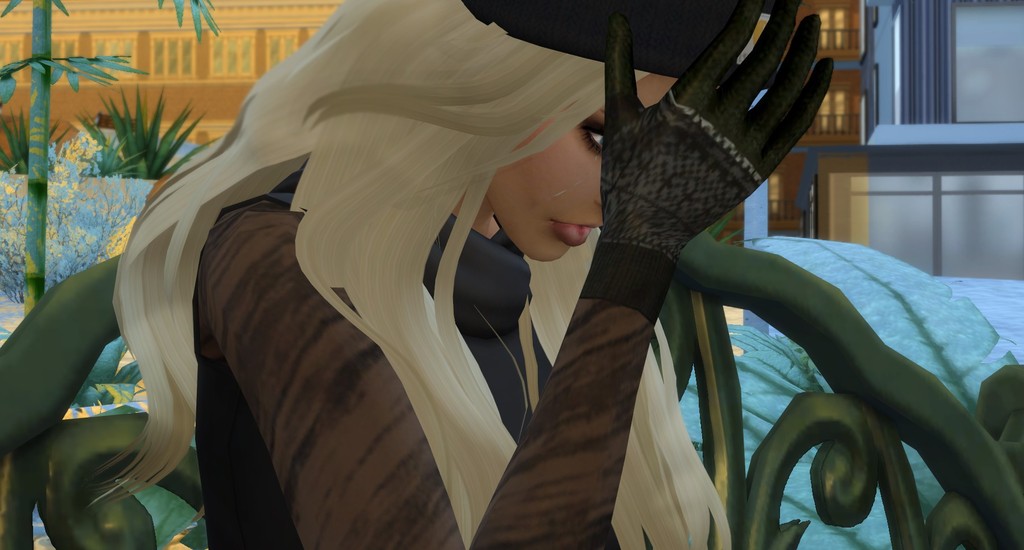 I wasn't escaping the heavy feelings of hopelessness.

And I didn't care about anything anymore.
​ 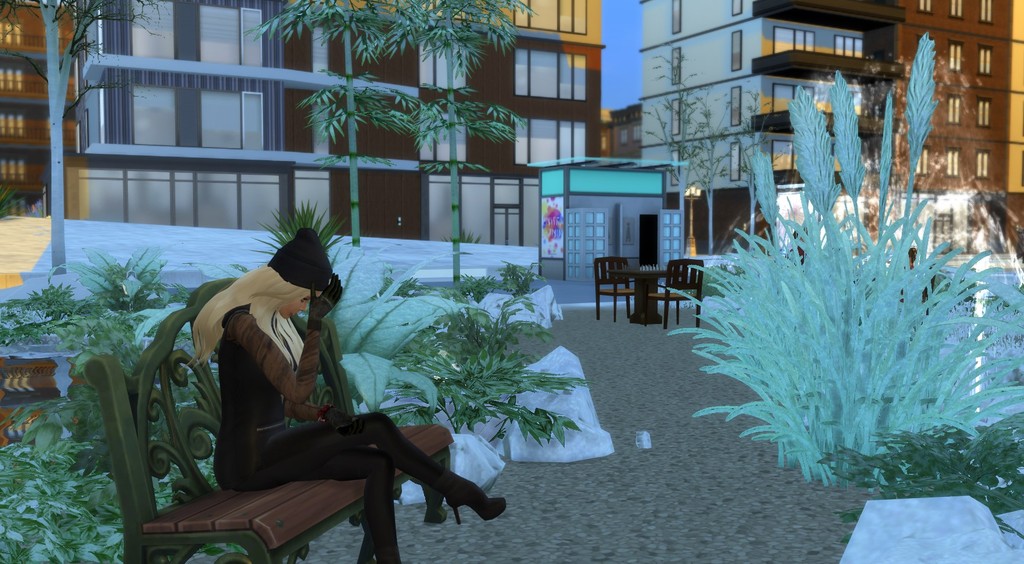 When Siobhan didn't show up at school the first week that mother fucker dumped her, I understood. Sure her grades were going to plummet if she didn't get her act together, but her schedule wasn't that tough and all we had in our business class was our partner project.

Which was due today.

I thought when she didn't come to class on Monday, things were cool. Maybe she was sick. But then Tuesday happened. And Wednesday. She was ignoring my texts and calls.

And dammit, I wasn't about to let her get away with not showing for our presentation. That would be an instant F. 50% of our grade depended on that project. And it was a great one, too. She had the idea. Our business model was to build an all around fitness salon, like a car body shop, called Hot Bod. It would be a full service hair salon, gym, spa, and tattoo parlor.

But I couldn't present it without her. And we'd worked so hard on it. It took all my powers of persuasion to get the professor to agree to let us present it tomorrow. Yeah, I lied and said she had a death in the family, but hell, she left me no choice.

Calling her roommate, Naomi, she told me Siobhan often would go to the park across from her apartment when she felt down, so I ran over there. 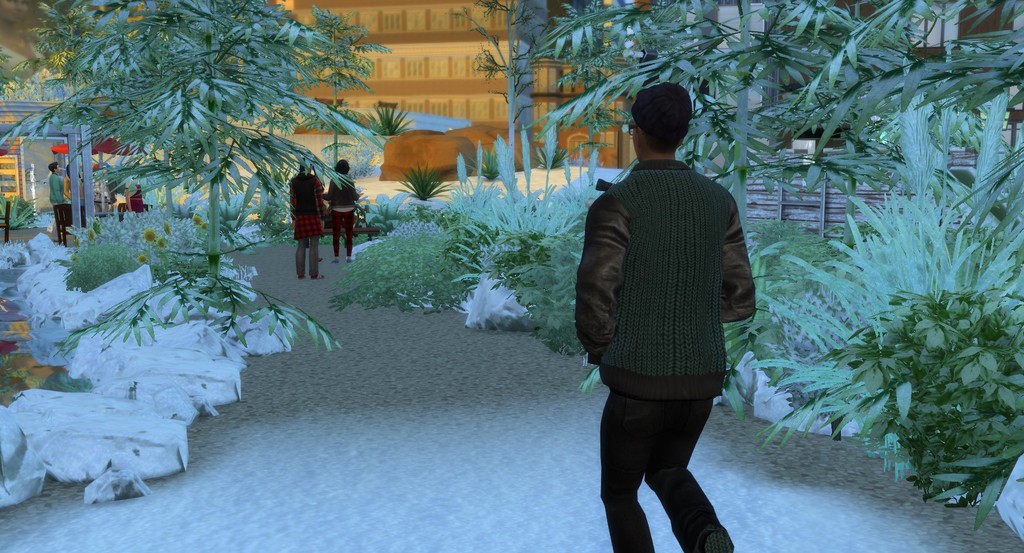 There she was. Crying on a bench in the middle of the park.

"Damn," I said, sighing. "Why didn't you show up today, Siobhan? You knew our presentation was due. And you left me hanging." 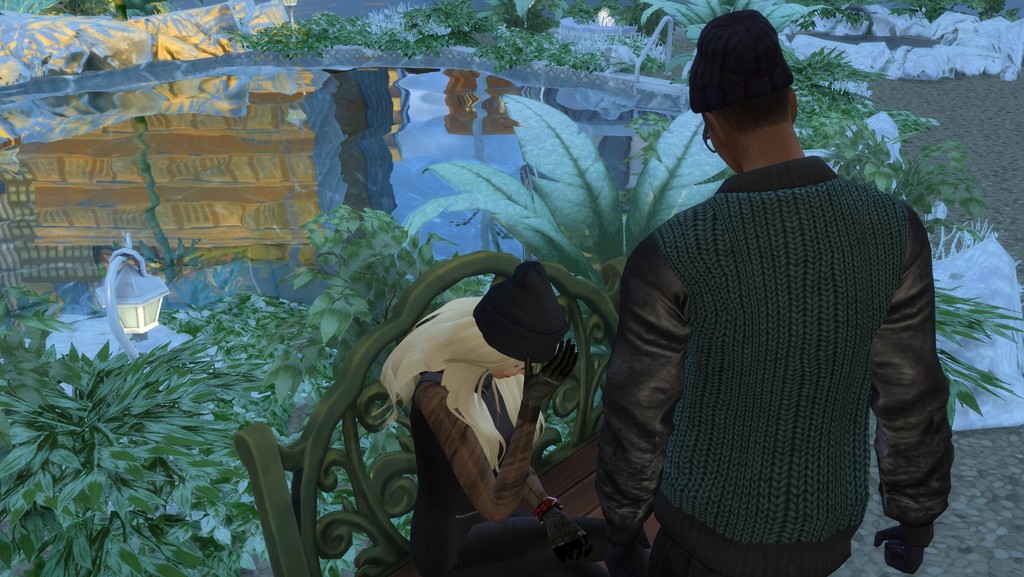 Pulling her knees up, she muttered, "Just do it without me. I'm quitting."

I knew she was depressed. And I knew it was about that Pongan prick. But I wasn't about to let her throw away her life. 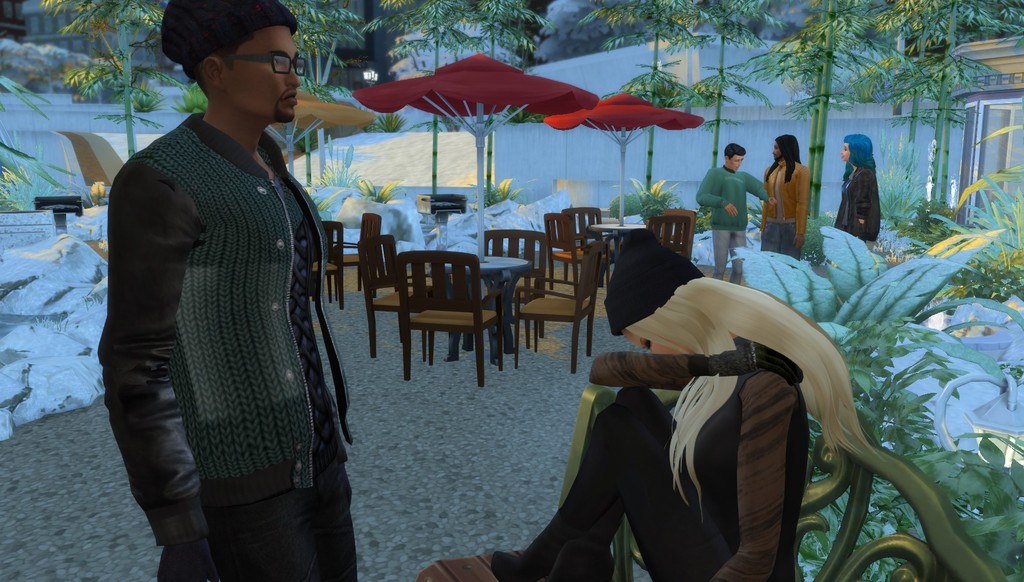 Taking her by the hand, I pulled her out of the chair. "Come with me," I said.
​ 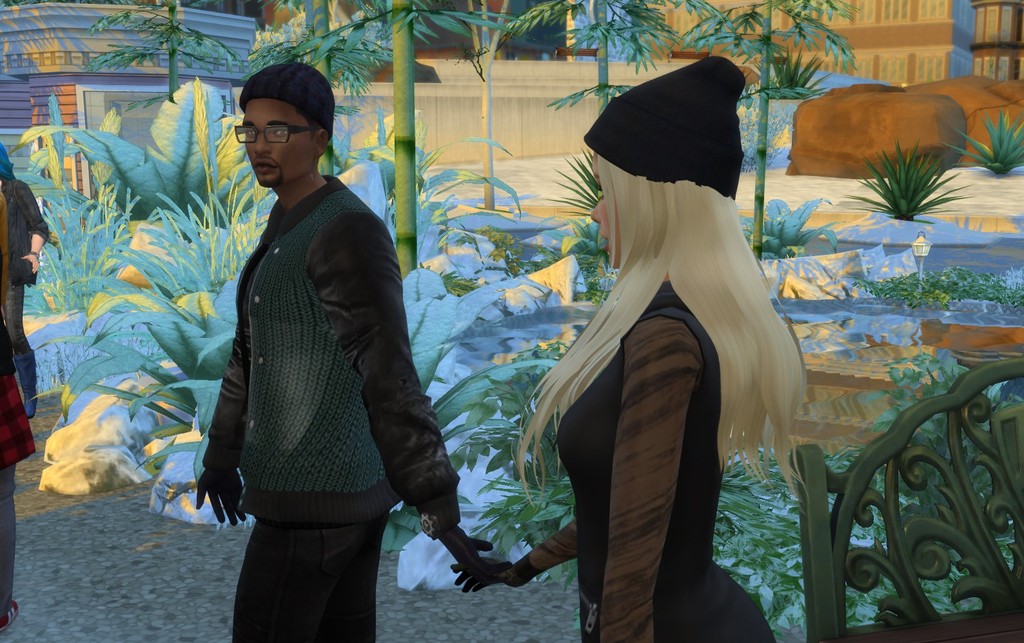 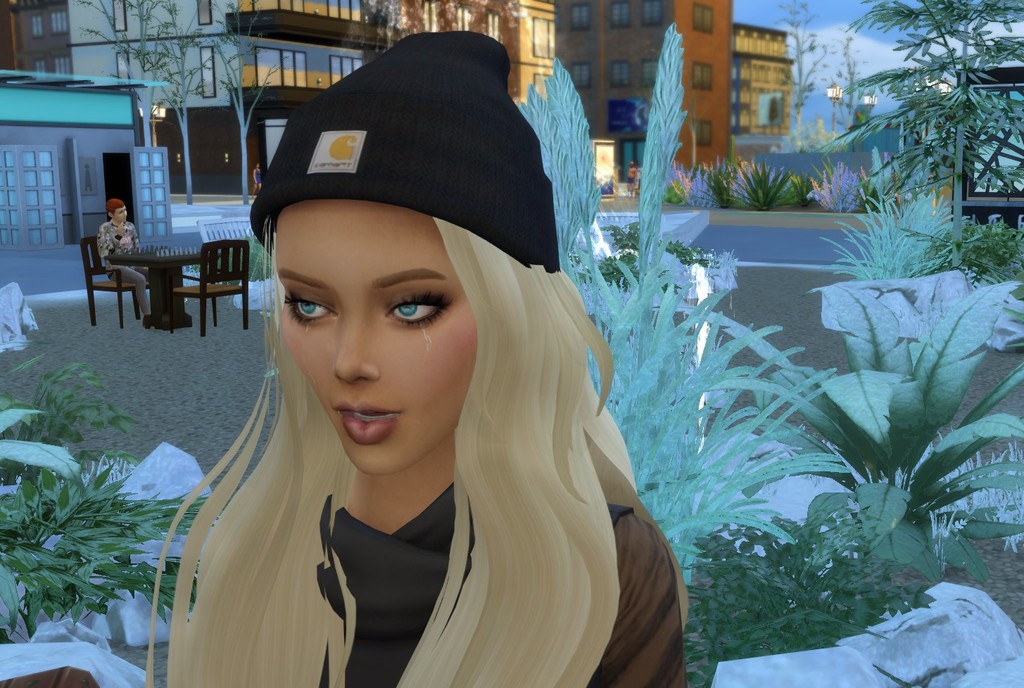 "I get it, Siobhan. I do. But let me just take you somewhere that'll help clear your mind. Okay?"
​ 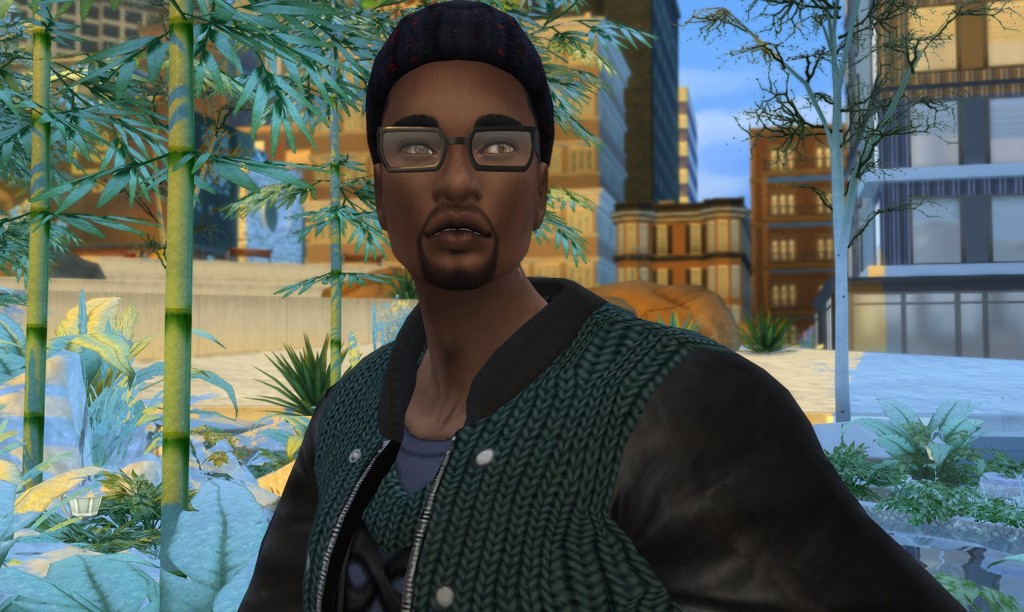 "It's about a thirty minute bus ride. You'll like it."

"You could take me to heaven itself and I won't change my mind."

"All right then. But you're coming with me anyway." I gripped her hand tighter so she couldn't bolt even if she wanted to. She was too strong to give up. I knew it. Somehow I was going to get through that stubborn wall she built. 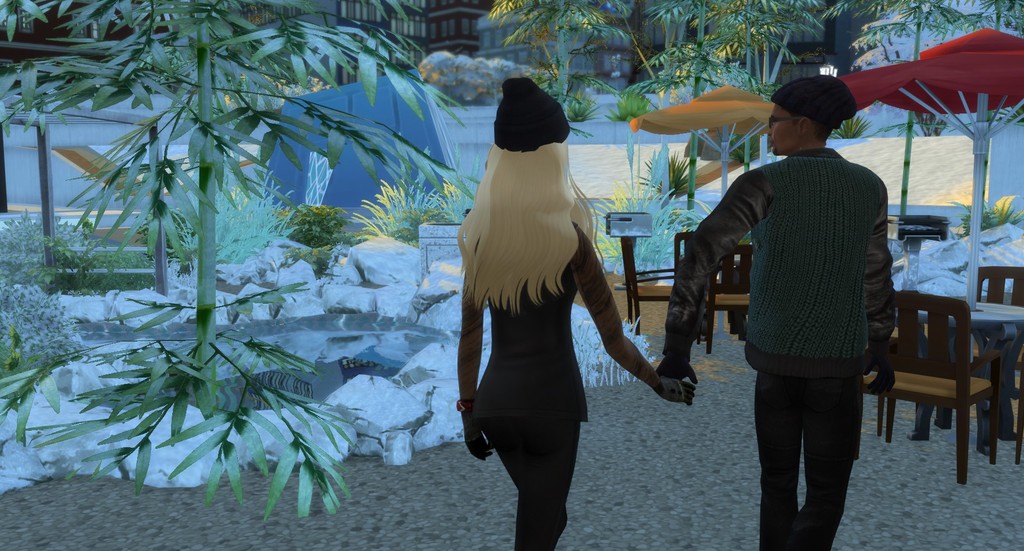 The cold wind whipped around us, making me shiver, and I almost regretted coming here. This special place was where my family and I would go on picnics when I was growing up.

I felt like I might be able to talk some sense into her here. That was my plan anyway. It was just us and the frozen plants at this point.

"So...what is this place?" Siobhan asked. 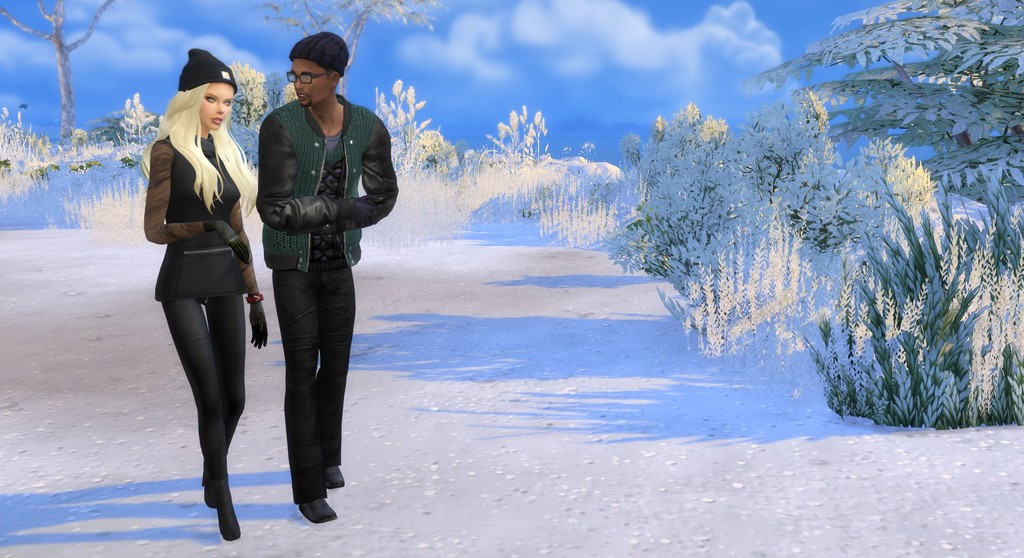 Rubbing my arms, hoping to warm them, I said, "It's a place my folks discovered when they were dating. No one goes here, but it has a tripping view of the lake and the mountains."
​ 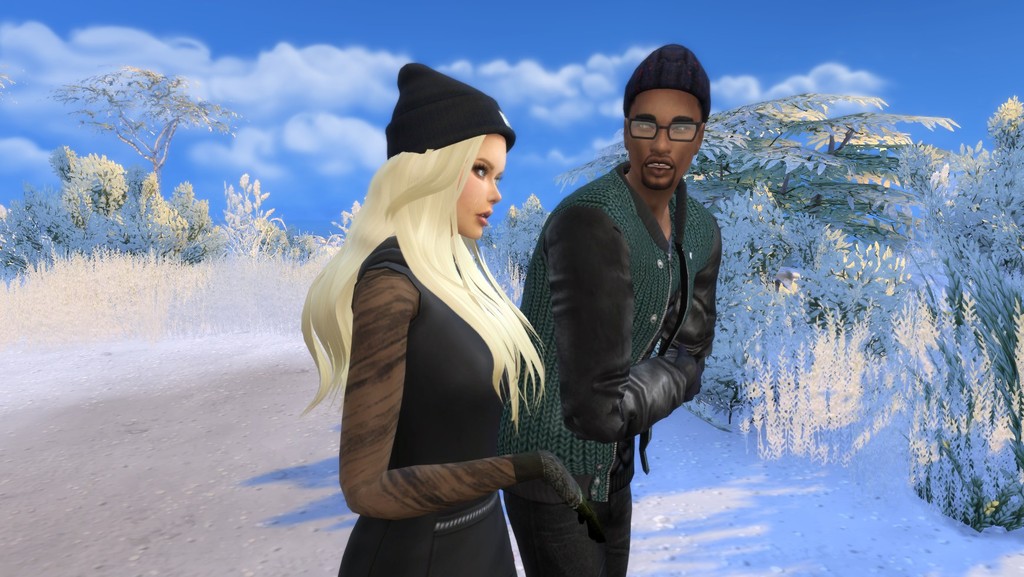 "Your parents? You mean your dad who's the family lawyer and your scientist mother? For some reason I can't picture them being romantic."

I laughed. "You haven't met my parents then. They can't keep their hands off each other. It's annoying as hell."

She giggled then said, "I'd like to meet them one day. They sound cool. So different from what I knew growing up. My parents were always at war with each other."
​ 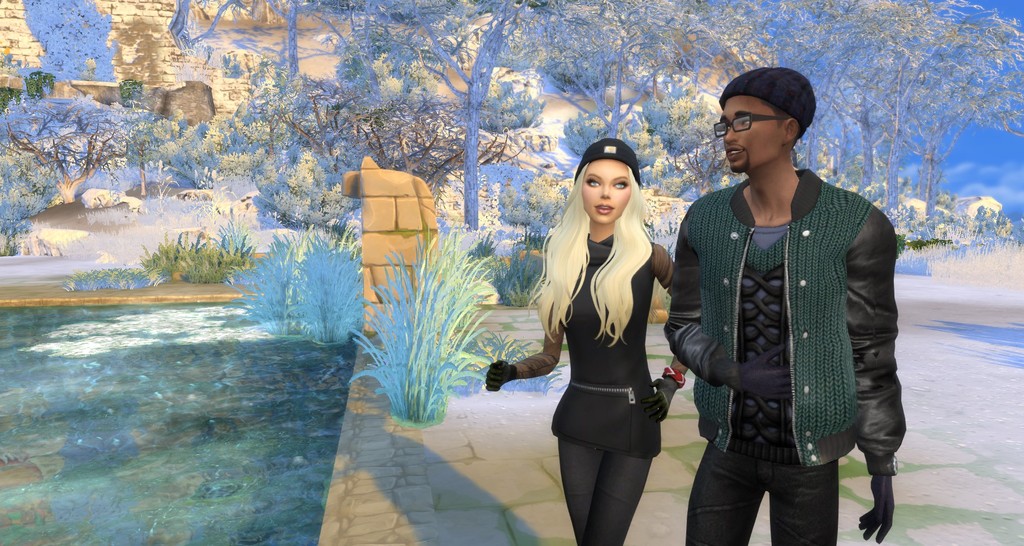 This sobered me up. I'd never spilled about my dad to her. "Hey, Siobhan, I want to tell you something."
​ 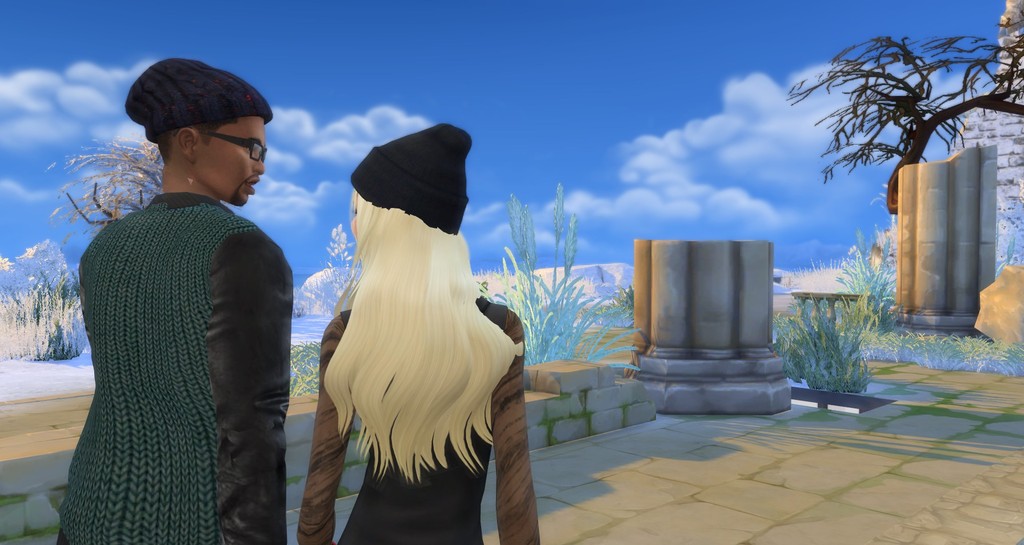 "Sounds serious. What? Did you forget to turn in something on time? You're so meticulous about everything."
​ 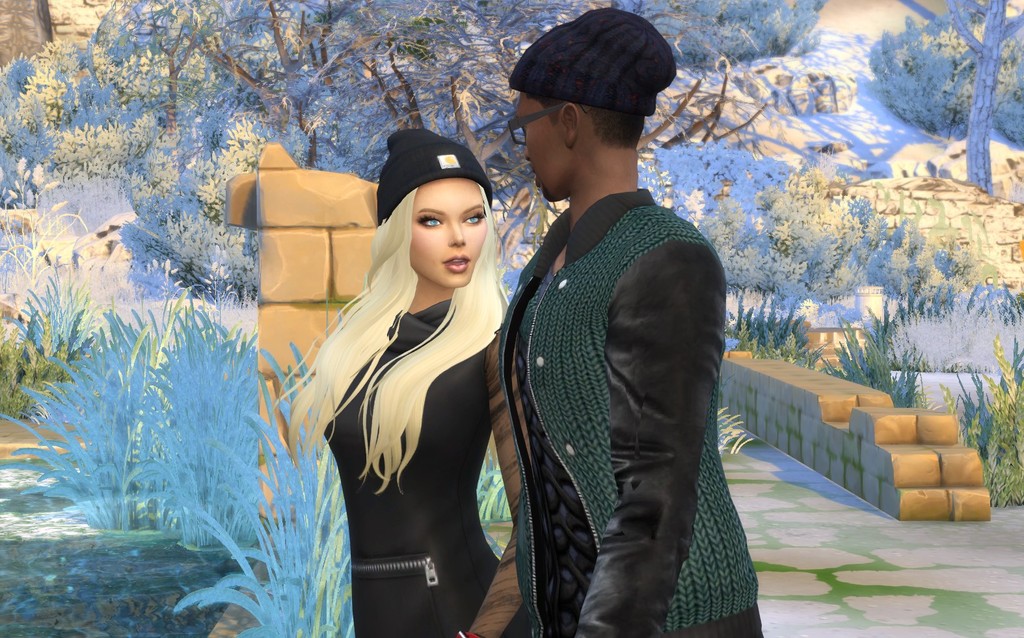 I half smiled at her joke, but then said, "I'm serious...it's about my dad. I've never told you who he is."

Taking a deep breath, I said, "Well, my dad's name is Judd Wolff. Does that mean anything to you?"

Deciding it was too late to turn back, I spilled everything about my dad representing her father in his divorce case, about my infatuation with her, even me hiding the fact that I knew who she was and made friends with her because I was some lame fanboy. "So...I hope you'll forgive me not telling you. I know it's...damn...it's embarrassing."
​ 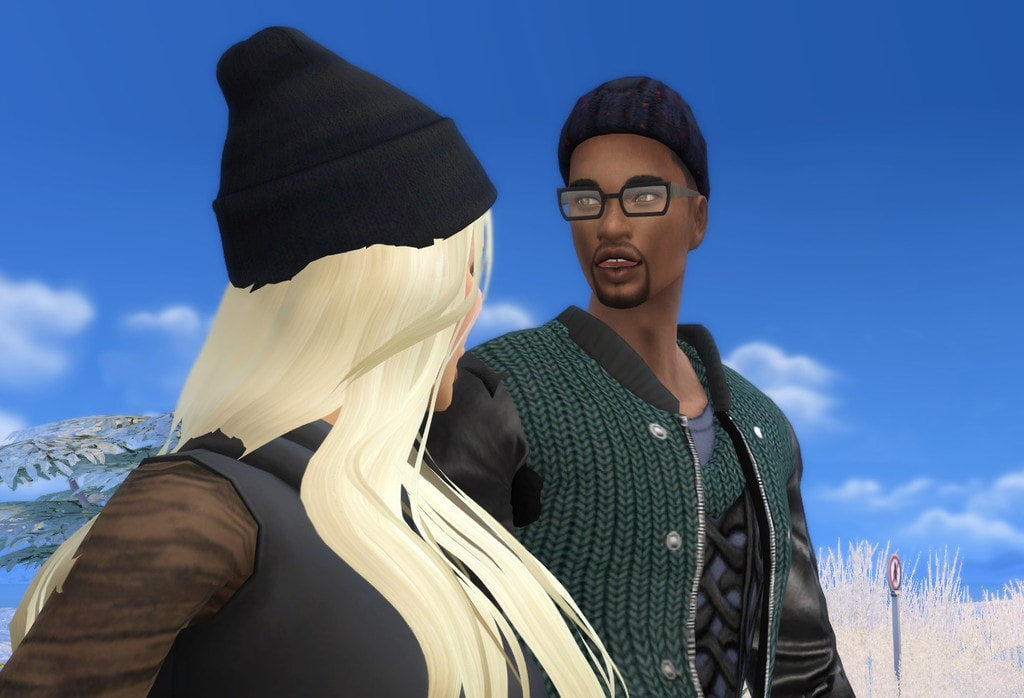 She laughed then smirked. "Not as embarrassing as me having a crush on your father. Will you forgive that?" 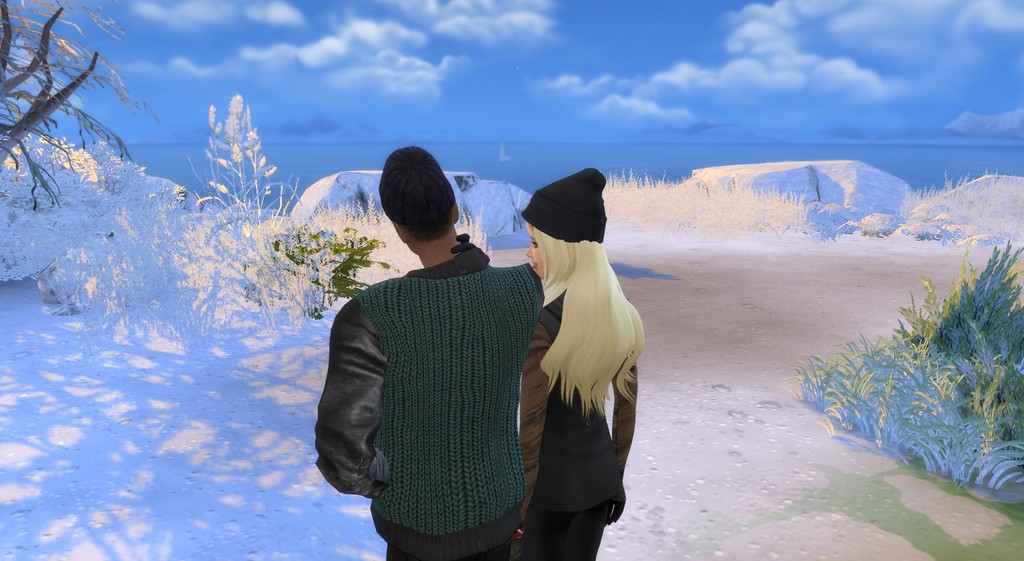 "He was the most handsome man in the world to me back then. Like a superhero. So...maybe you shouldn't introduce me to your parents."

Rubbing the back of my neck, I said, "Man, I think I'll have to keep you away. My mama is a super jealous woman. You wouldn't survive. She's mean with the frying pan." 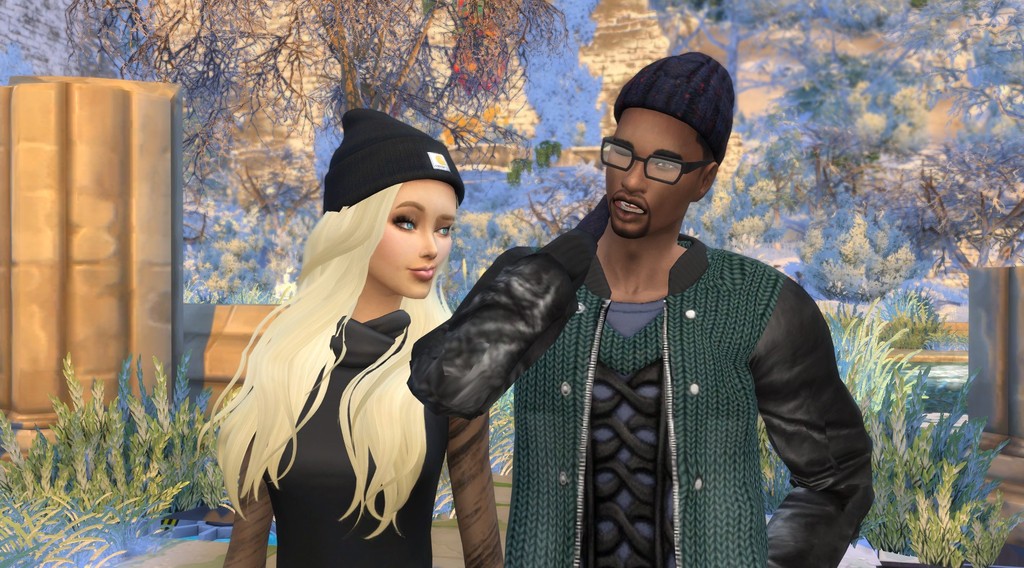 We both had a good laugh together. I was so happy she wasn't mad at me. And she didn't think it was a big deal that I knew about her before. She'd said lots of people were like that with her at first, but she knew I was a great friend to her and that it wasn't about who her father was.

I was relieved.
​
But the whole reason I took her out here was not about confessing about my father. I wiped my glasses clean with the bottom of my shirt. Something I did when I was freaking nervous. "Um...Siobhan, can we talk? For real?"

"You feeling better?" I asked.

Wary of what I might say, she shook her head slowly. "I haven't changed my mind, Theo, if that's what you're asking." 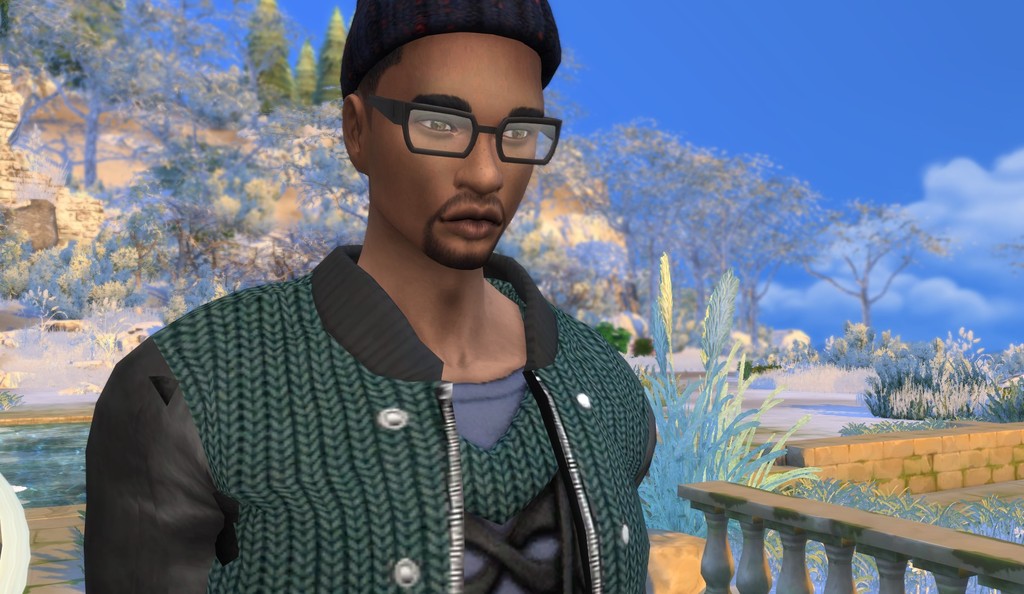 I had my mind all made up. I was spiraling into depression with no way out. And school only made it worse. I couldn't keep up with my classes so it was time for a break. But then Theo made his case.

He was going to make an awesome lawyer one day.

"You're just throwing everything away because of some idiot who told you a bunch of lies. He's beneath you, Siobhan. In fact, that other guy you were with was beneath you, too. What was his name? That Brit?"

"Yeah, that druggie who had you crying so hard in the beginning of the semester. Listen, you seem to be attracted to bad boys, but where has that gotten you? No where. And none of them ever made you better or pushed you or tried to help you achieve your goals. It's like they're just along for the ride, doing what they want not what you want." 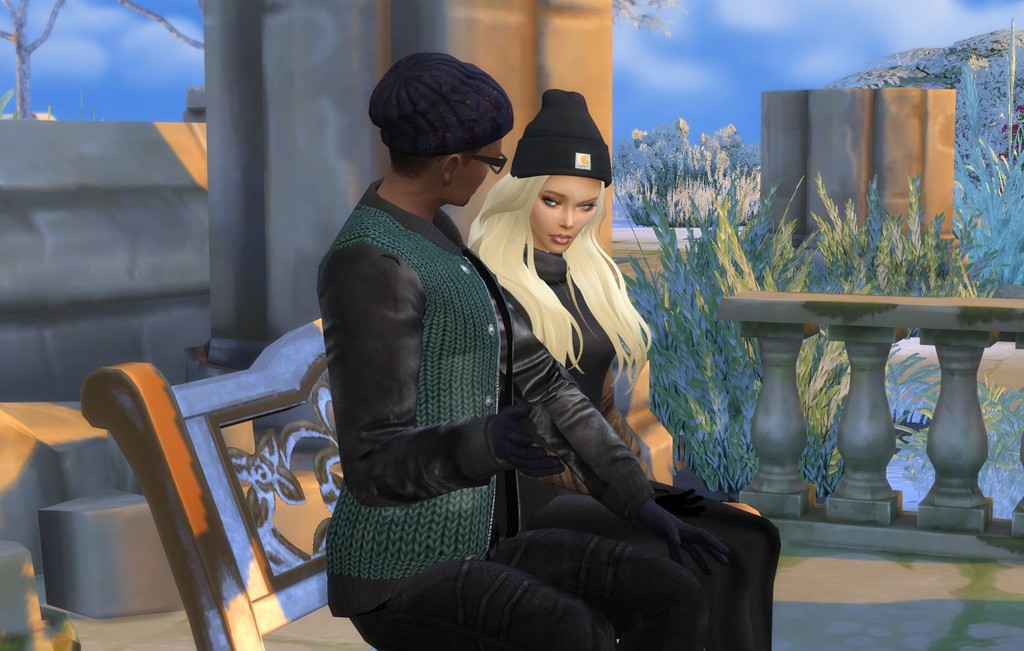 "My point is...damn it, Siobhan, I've been here all along wanting to ask you out, but I've never really had enough guts. And when I did get the courage, some fool already had you in his grasp. But he hurt you so bad you just want to chuck everything you've worked so hard for in the trash. This is your senior year. You're about to graduate. Come on! You can't quit now because some fucker decided to shut you down. You're better than that."

"Yeah, Siobhan. I am. Give me a shot here. What do you got to lose? I'm here for you. I'm not going anywhere. And I can guarantee you, I'll treat you like the queen you are. You're so accomplished. Super talented in everything you do. In music. Art. Business. Hell, I'm amazed to watch you work your magic. Did any of those other guys ever tell you these things?"

Blinking, my mouth fell open. He was right about that. Neither Julien nor Seth ever paid much attention to my passions. It was like we compartmentalized things. Julien wasn't driven. He had such a hard time just keeping his head above water and to cope, he liked to party. Then Seth was driven with his residency and making money to send home. I didn't understand medical things and he really didn't have much interest in music or the arts. But he loved me. And I loved him. I didn't feel we needed to connect with our interests.

And...to be honest, I didn't feel an attraction to Theo. Not like I should if we were to start dating. I didn't love him and couldn't even think I'd ever be able to grow to romantically love him.

But where did love ever get my family? My parents loved each other immensely. In fact, I knew how much they really adored each other but in the end, they tore each other apart.

I didn't want that.

And I'd heard where real love, deep love could grow between two strangers even. My dental hygienist had an arranged marriage. She was from Al Simhara. She didn't even know her husband before the wedding. But now, she loves her husband and they'd been married for over 20 years.

Could that happen between me and Theo?

"What do you say, Siobhan?" his deep voice broke me out of my thoughts. "Will you give me a chance?" 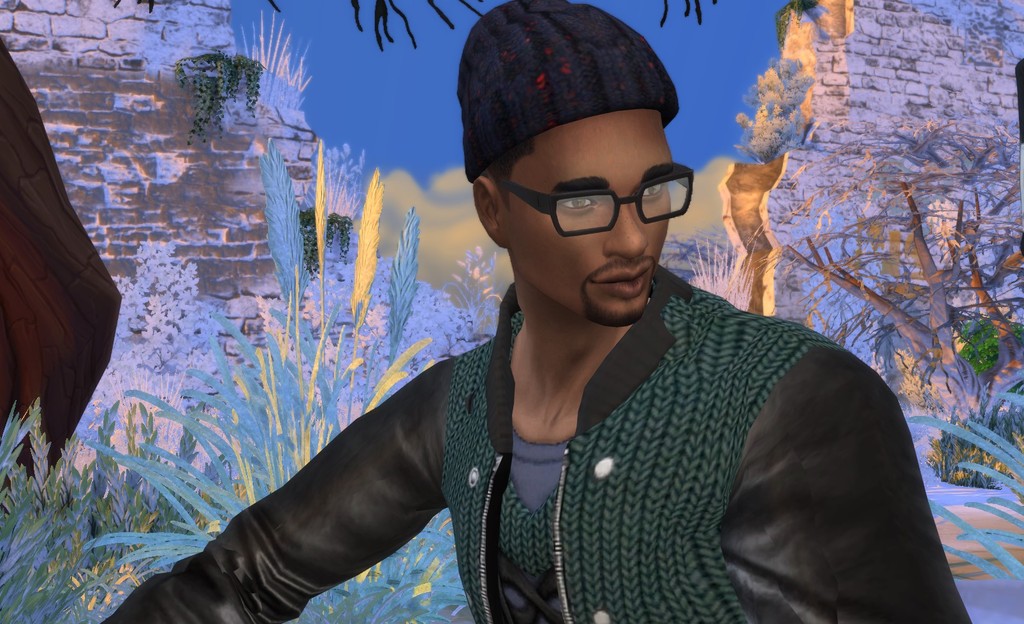 Swallowing, I slowly put my hand out to him as nervous gnats pinged inside. 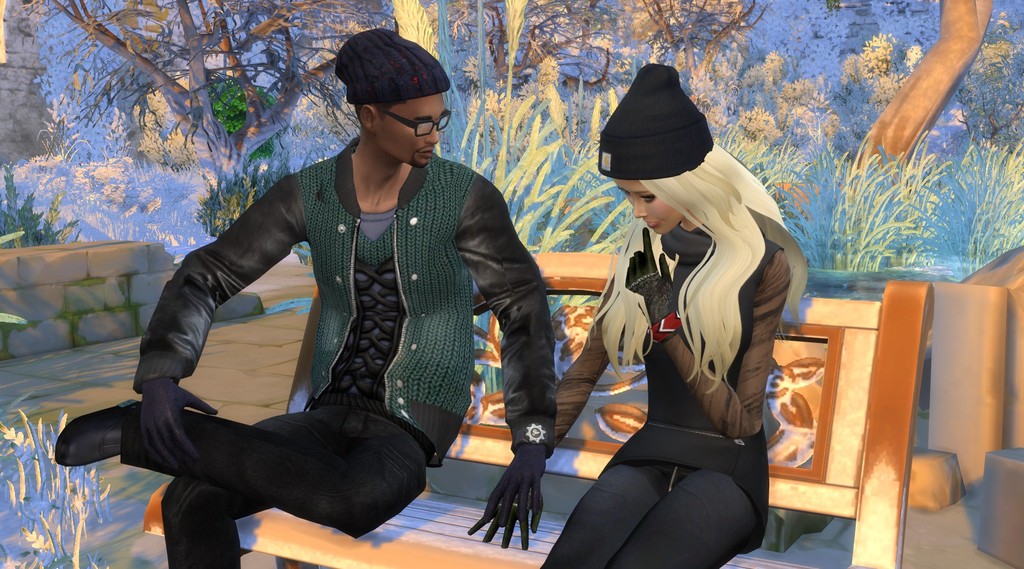 He covered his hand over mine, warming me.
​ 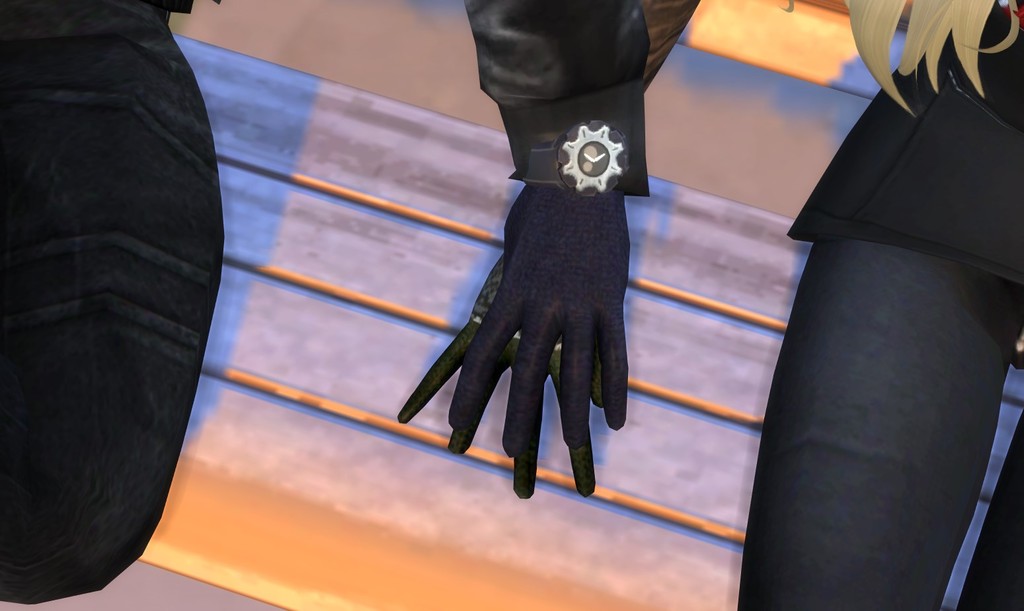 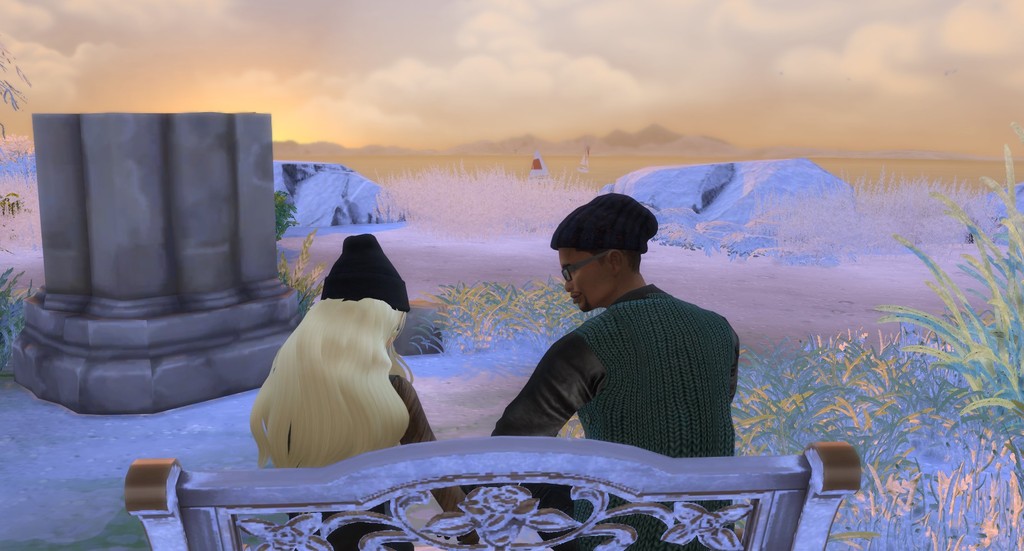 Laughing all the way back to the city, we just fell in step as we always did before we decided to "date". And I looked at Theo a little differently. I could see how I could be attracted to him. I'd never really noticed how handsome he was before, but now, sizing him up, yes. I actually was excited for our first date. 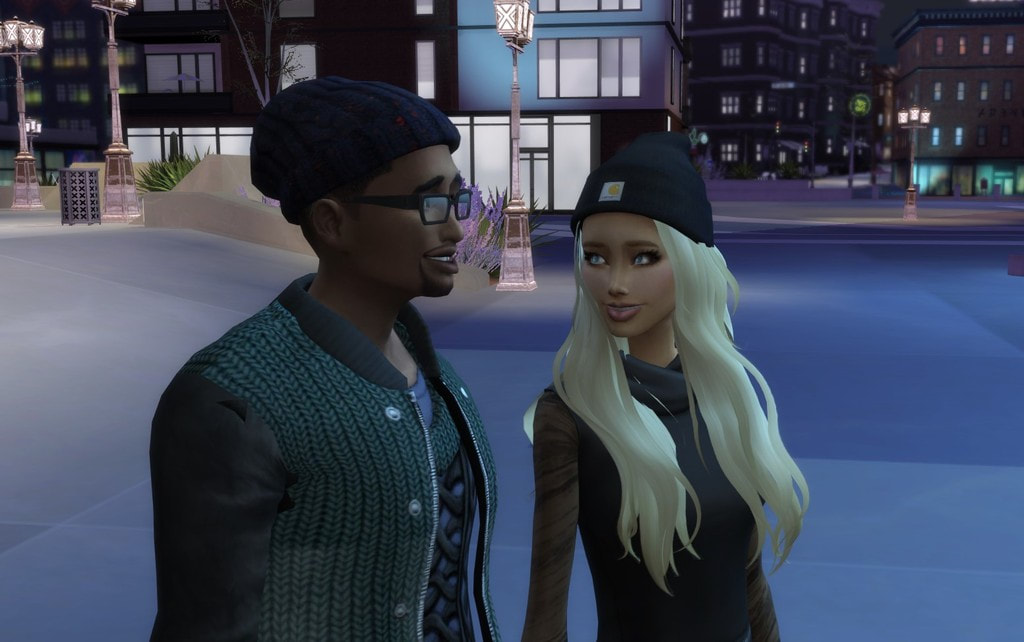 But then his face grew angry and it shook me. "Theo? What's the matter?" 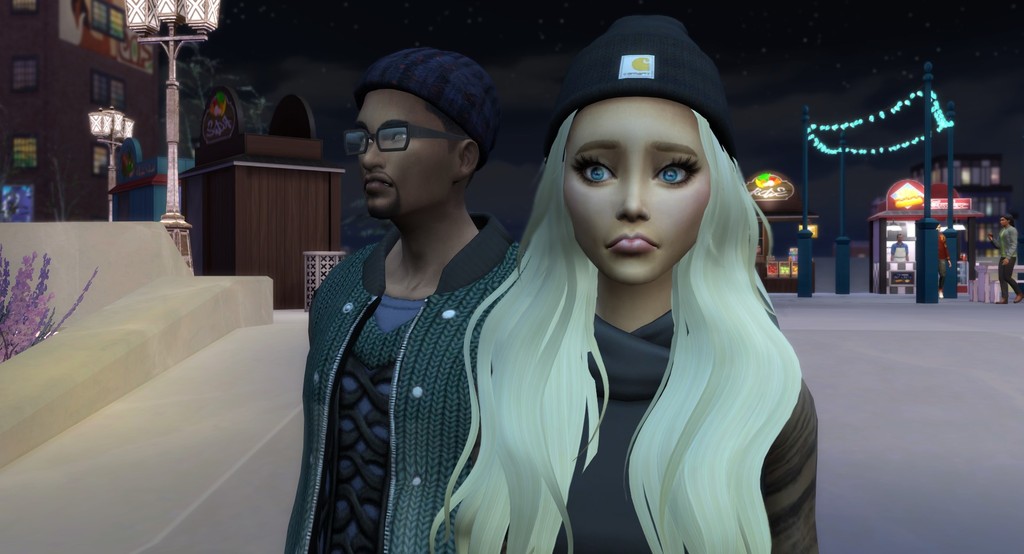 Staring straight at us was Seth.
​ 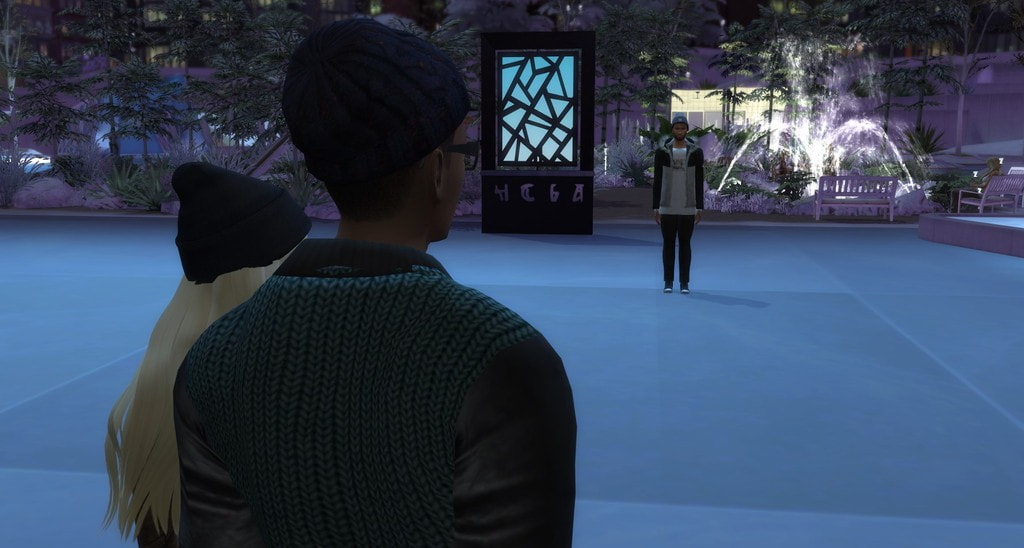 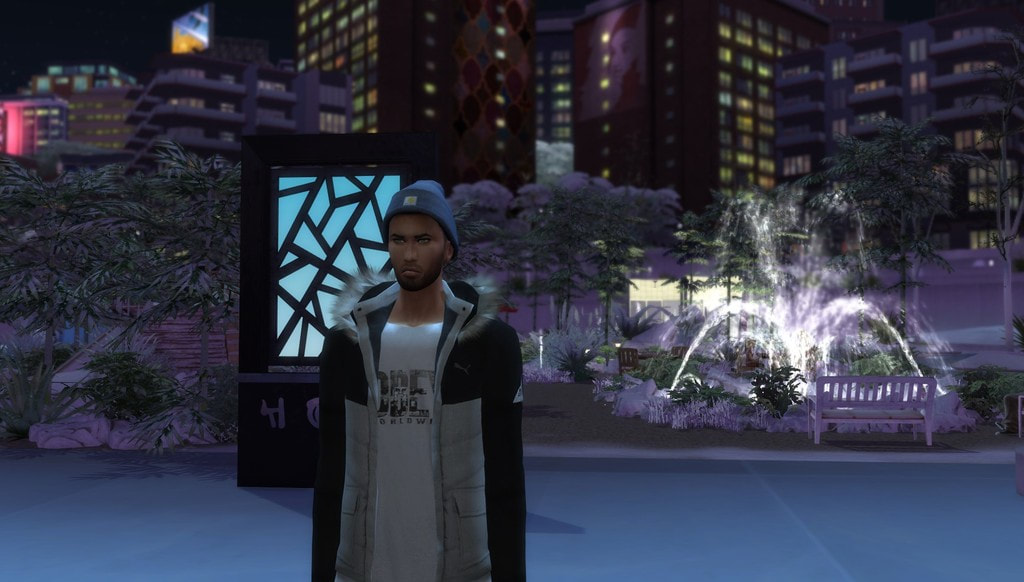