After that night with Marco, I was determined NOT to take him up on his offer. Bri and I could stay with a friend for a few days until Knight got back. Bri suggested one of her friends—Benton Landis. But he was a guy and I knew she liked him so no way. I even went over to his house and met with his parents. They were really nice, but when I went upstairs to see the bedroom situation, the daughter’s room was right next to his. I couldn’t in good conscience allow it. Even for a few days.

Then I thought about Chiandra. I needed some cash fast and she’d offered a modeling position to me the other day. I didn’t accept then because I didn’t think Knight would appreciate my growing friendship with her but now I was desperate. When I called and told her my situation, she not only said I had a modeling gig for sure, but Bri and I could stay at her place for a few days. Sounded like a perfect set up.

When we got to her house, Chiandra welcomed us warmly. “Come in! I’m so excited to have people here. It gets lonely by myself. I have way too much room for just me.”
​ 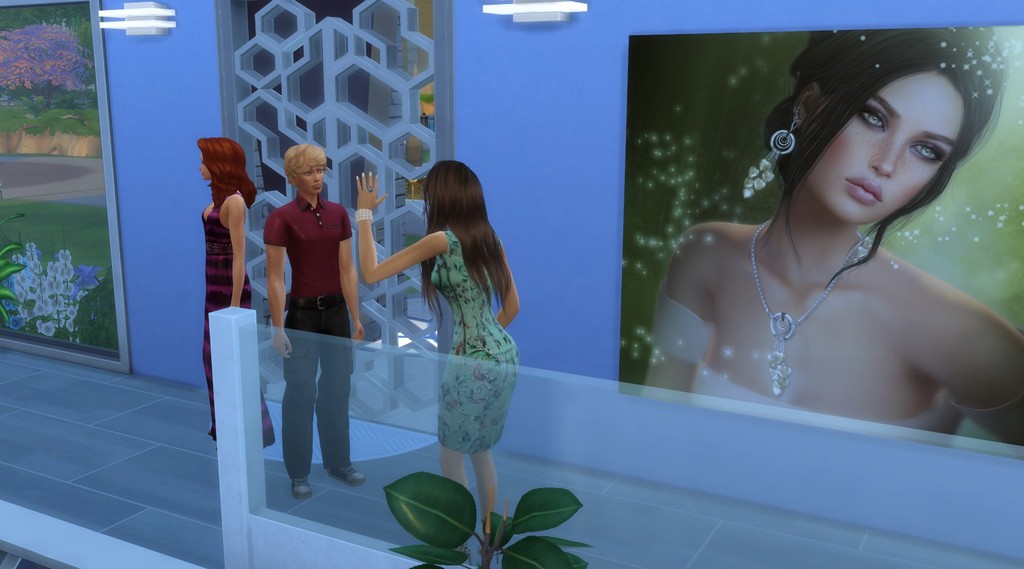 I could barely get Bri to come. She was so mad at me. I could only hope she wasn’t rude to Chiandra.

“Thanks for inviting us, Chiandra. You’re really saving our skin.”
​ 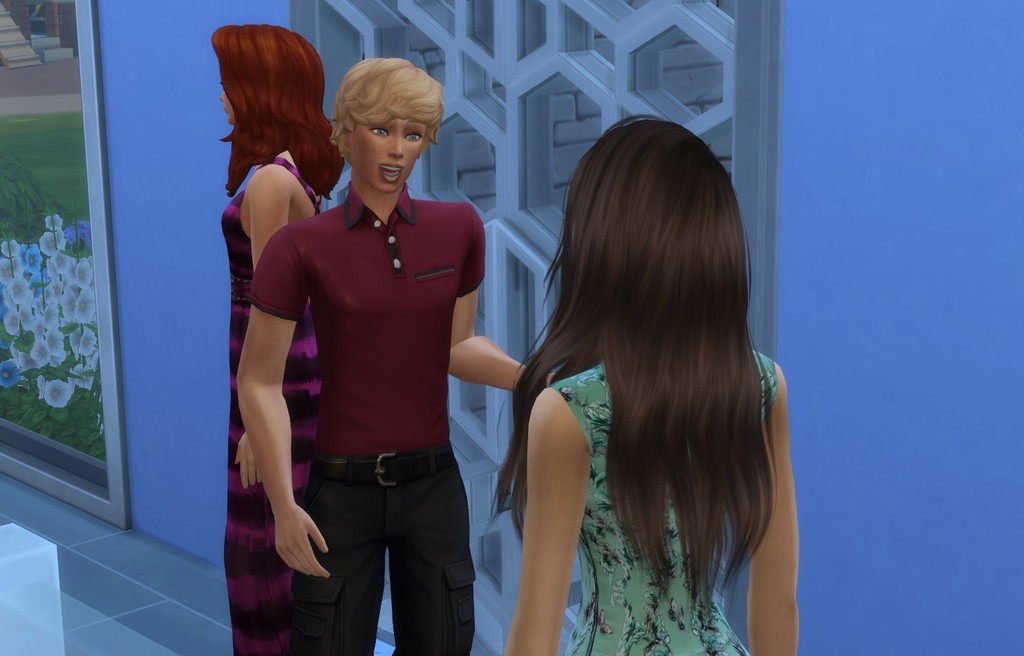 “No problem. Why don’t I show you to your rooms? Bri will be staying with me and you’ll have a bedroom to yourself.”

Bri wedged into the middle of us. “Alex, you aren’t serious about this! I can’t sleep in the same bed as a stranger.”
​ 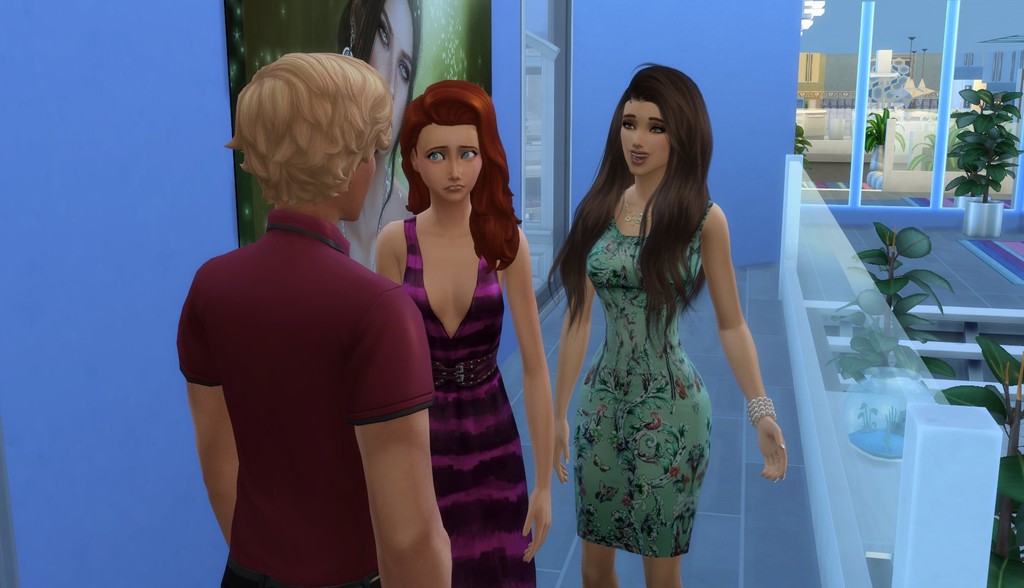 “Well, you certainly don’t want to sleep with your brother, do you?” Chiandra said, laughing. “If you’re too uncomfortable, I’ll order another bed. Until then, I’ll sleep on the couch. No worries, hon.”

When Bri didn’t respond, I said, “Hey, thanks, Chiandra. Um...I wonder if I could talk to my sister alone for a minute?”

“Of course.” She threw on a stiff smile and said, “I’ll make us some drinks. Okay?”

I nodded. Once she was out of sight, Bri turned on me. “Have you lost your mind? You actually think staying at the place of a psychopathic narcissist is better than staying with a sweet family. I mean, gosh, Alex? She’s got her picture plastered all over the place. It’s nuts!”

“Come on, Bri,” I countered. “It’s only for a few days. Stop being so judgmental. So what if she has a few pictures around. She’s a model. I think they’re cool.”
​ 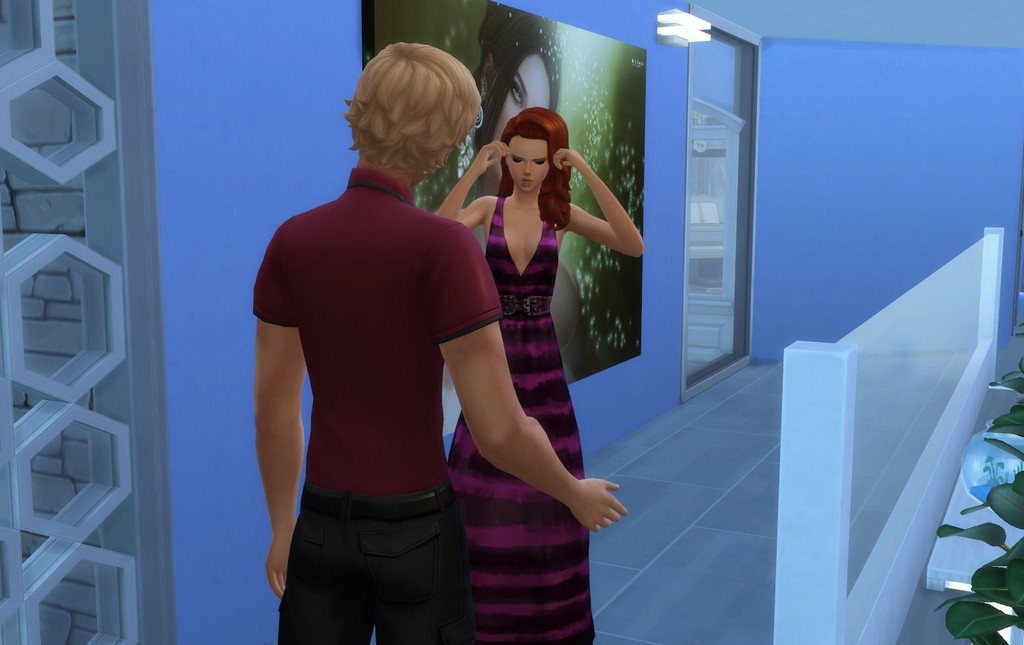 “Cool? Really? Do you like her, Alex? Because I don’t see anything cool about staring at yourself all day in your own home. And I don’t feel comfortable here. At all. Why can’t you ever consider my feelings? You’re the one that was supposed to pay our rent. Why do I have to suffer?”

Now I was starting to get mad. “You’re really flipping out for nothing. Chiandra is doing us a huge favor. It’s two days, Bri. What’s the big deal? Now stop the drama and start acting like a senior in high school. You’re too old to throw a fit like this.”
​ 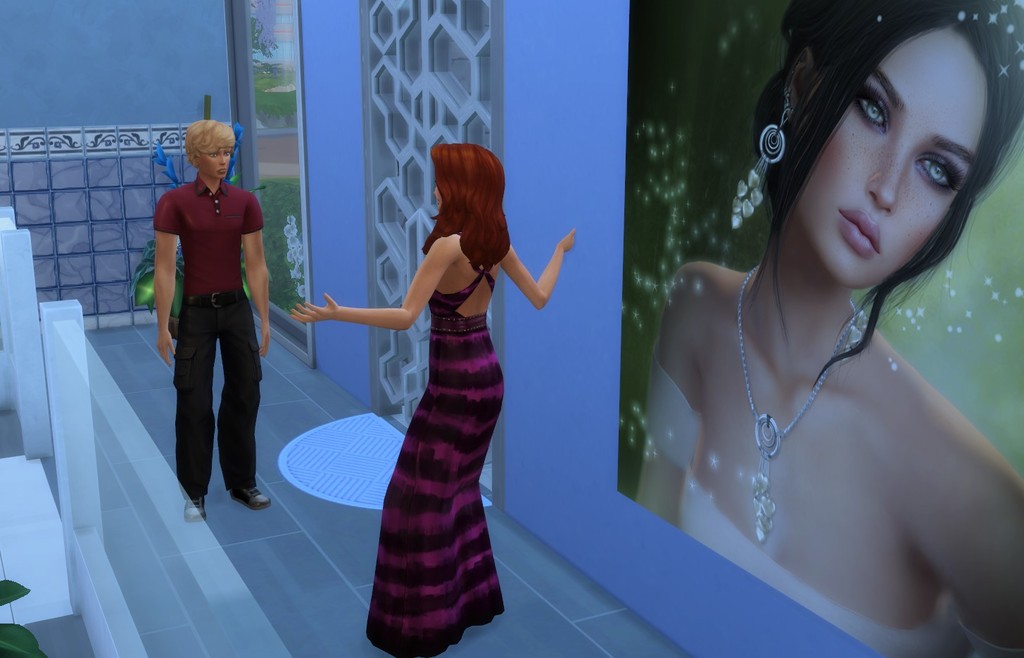 “So, you’re really going to force me to sleep here.”

“Yes. I am. And you can either make the best of it and be nice or you can go pout like a baby. Your choice.”
​ 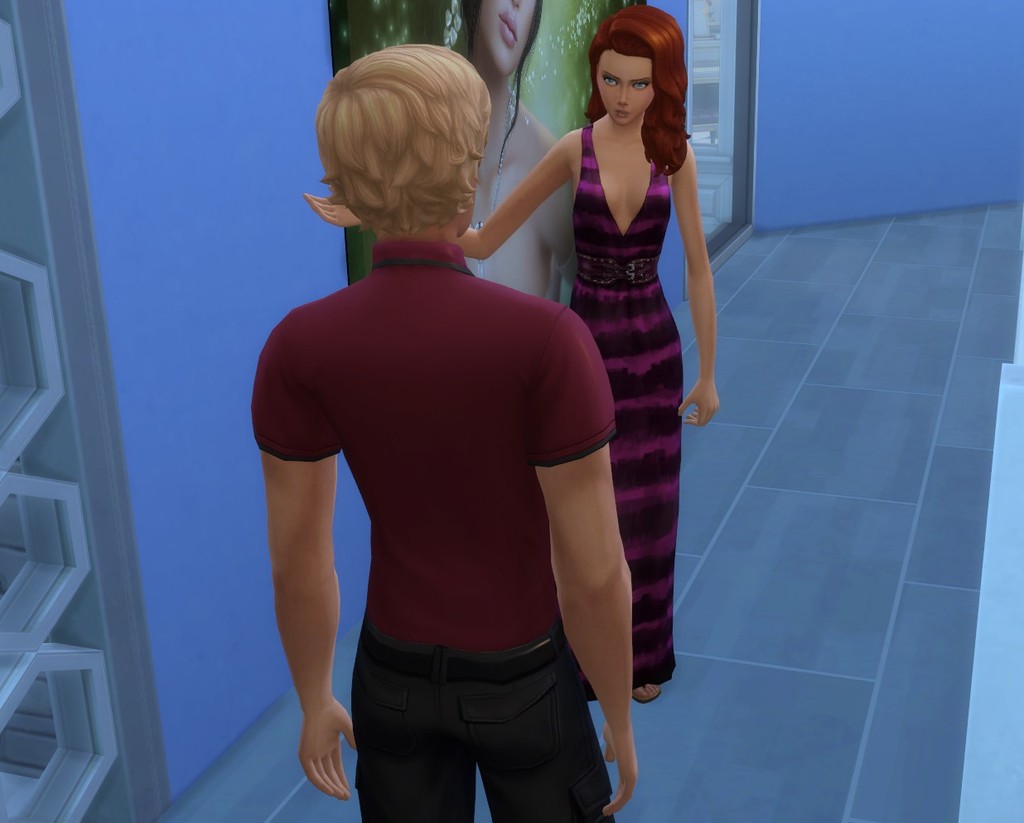 “Hey, you two,” Chiandra’s melodic voice broke through our argument. “I’ve got drinks all ready! Bri, sweetie, I’ve made you a nonalcoholic fizzy summer splash. I think you’ll like it!”
​ 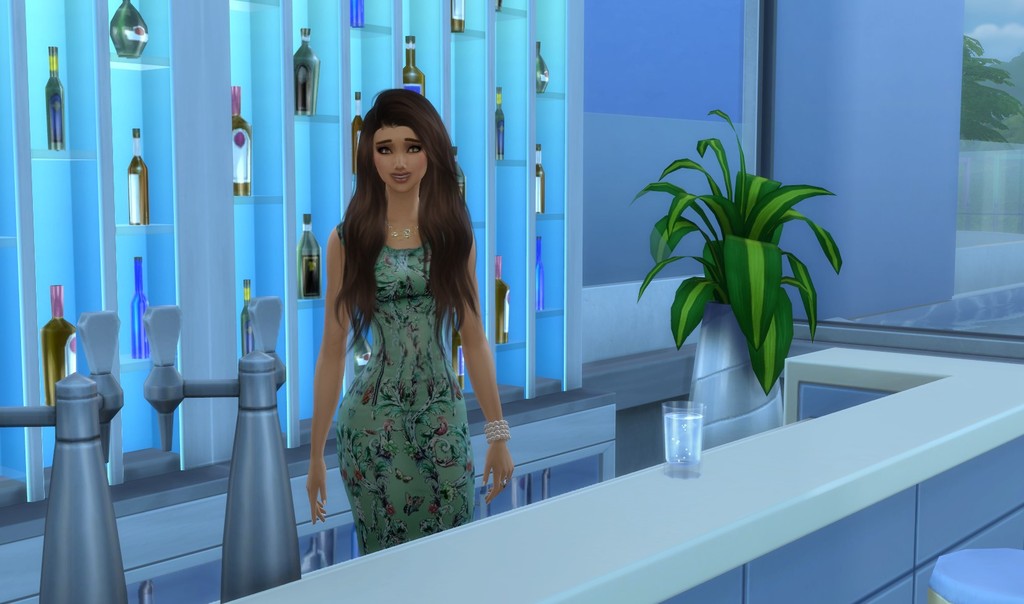 “I’m not thirsty,” Bri said, not moving from the entryway landing.

Embarrassed by how she was acting, I hopped over the steps and said, “I’ll take it. Sounds good.”
​ 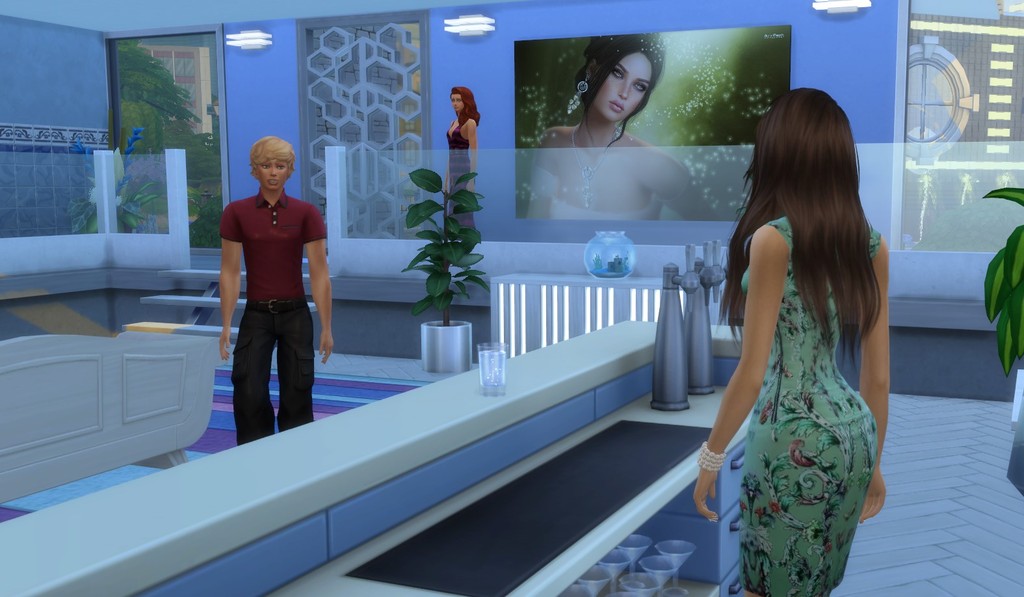 As I was slurping the delicious fruity drink, Chiandra said, “I’ve got our gig all set up for tonight. You’ll adore my photographer. I think you’ll really hit it off with him. He sort of reminds me of you, although you’ll have to watch out for him. He’ll hit on anything that moves, especially with the gay vibe you’ve got going on. He’ll fall head over heels. But you can use that to your advantage.”

I sighed inwardly. I really didn’t want to fend off anyone tonight. But I could handle guys like him.
​ 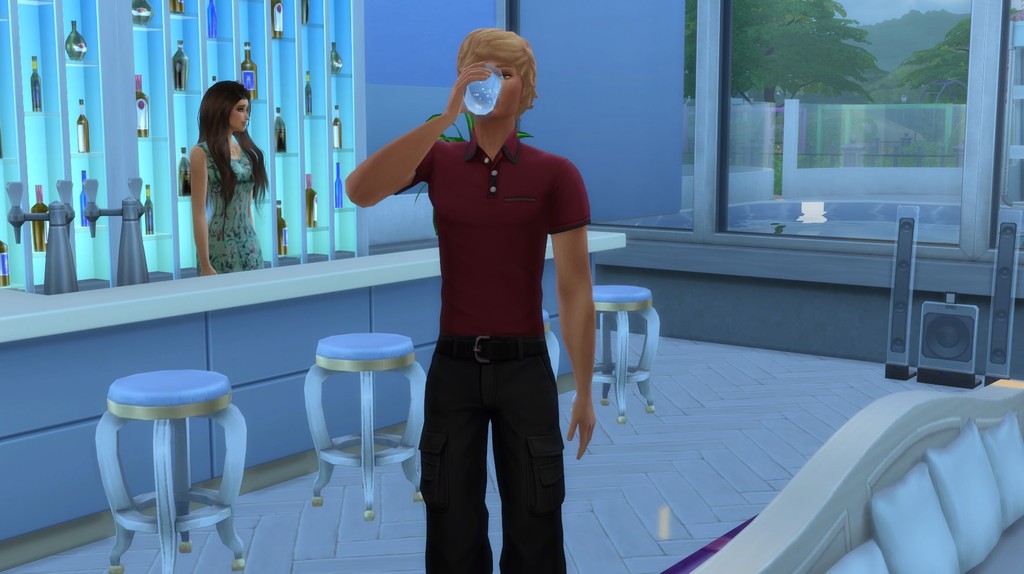 I brought all of our bags in and took them upstairs. Noticing another picture of Chiandra in my room, I went over to it and asked, “Wow. You really have a lot of these, don’t you?”
​ 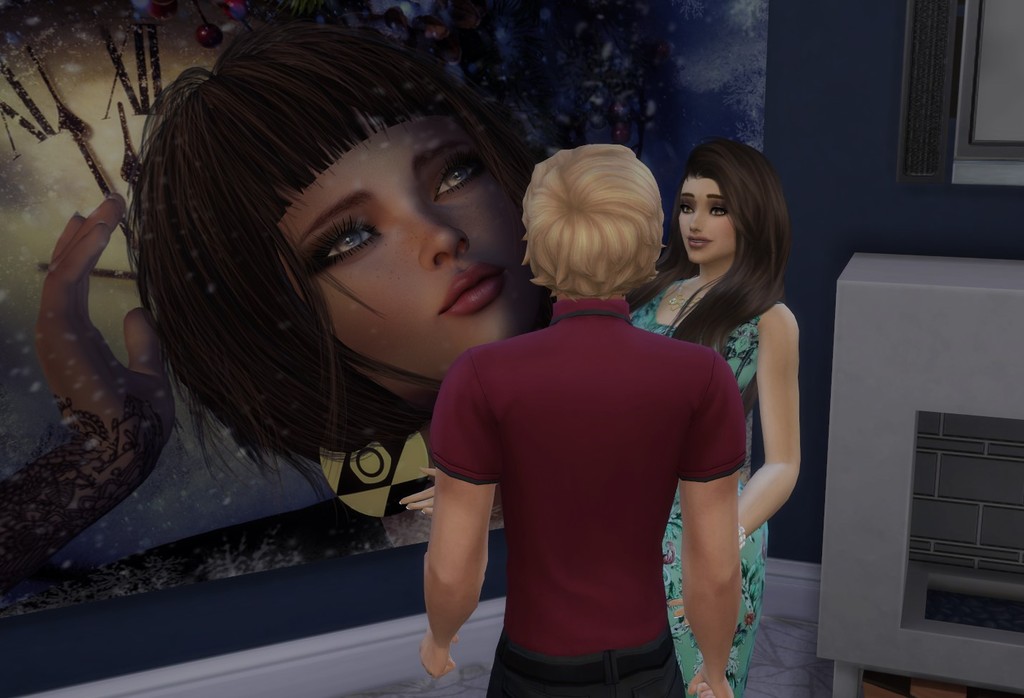 She giggled. “Yeah, well, there’s an artist that Knight hired to make one for every anniversary we had. He said he wanted to see my beautiful face whenever he came over. I know it’s kind of weird for me to have these everywhere. I...I kept them because I thought we might get back together, but it’s okay. I know that’ll never happen now that Knight has come out. I’m thinking about selling them through a special auction and donating to charity. I need a fresh start away from Knight’s influence.”

I felt almost guilty when she talked about Knight. He must have really loved her. I wondered what happened. “You’re really nice, Chiandra. I think these will make tons of money for charity.”
​ 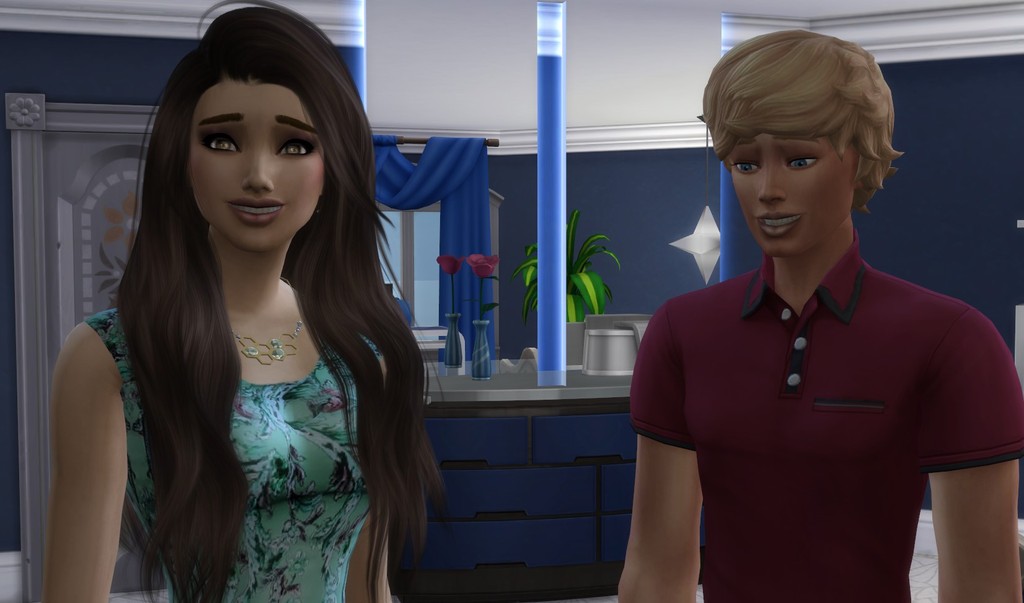 After I settled in and Bri slammed the door to the room she was staying in, Chiandra and I talked in the living room. “So, what kind of modeling am I doing?”
​ 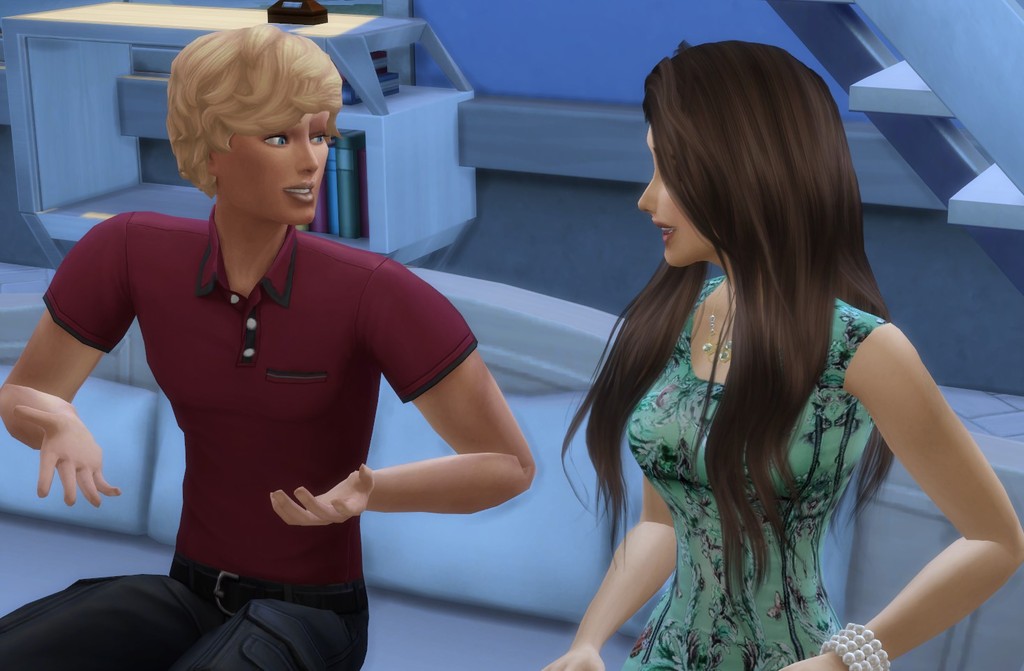 “It’s for a cover of a local magazine. It will be great exposure for you. Who knows? You may end up getting pictures made of you like these. Knight might want it.”
​ 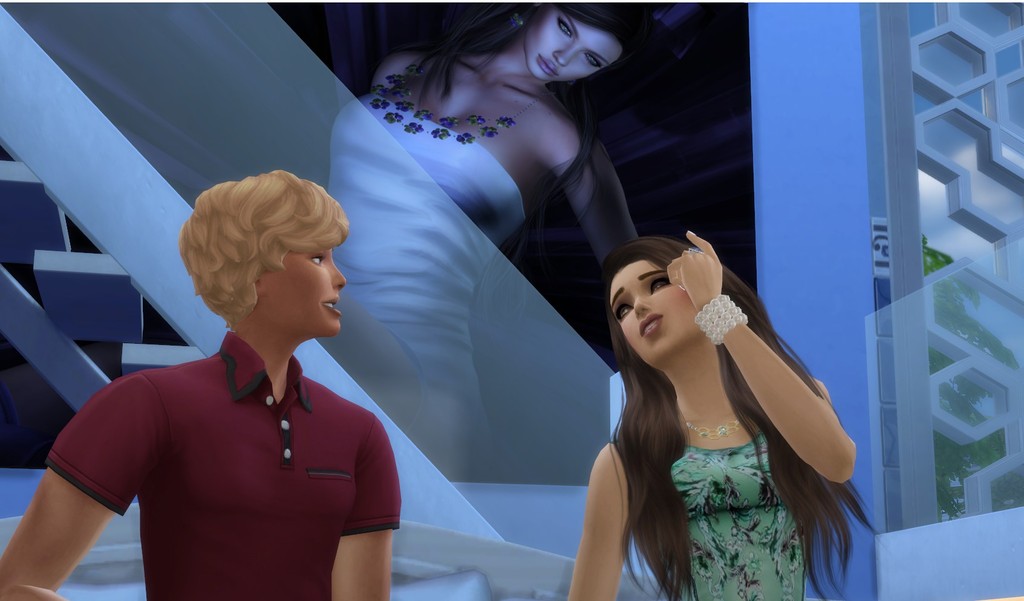 ​I shook my head. “I’m different than you, Chiandra. If Knight even suggested something like that, I’d punch him. He knows it.”

She stared. “I guess dating a guy is a bit different. I think it’s good for Knight. He can get a little possessive. He needs your strength to keep him in line.”
​ 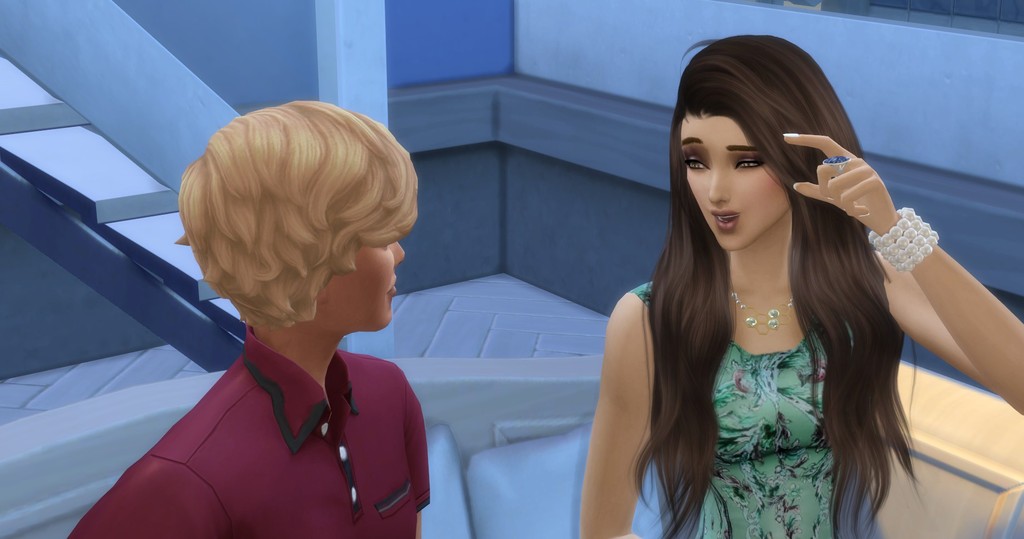 I didn’t like to hear that. I’d seen a little possessiveness, but nothing out of the ordinary.

Project Ensnare Alex Day was going gangbusters. I couldn’t believe my ungodly luck when Alex asked for the modeling job AND he didn’t have a place to stay for a few days. So, of course, I jumped at the chance to live with him. Knight wouldn’t know what hit him when he found out I’d stolen Alex away.

After we manhandled the closets at my photographer, Devon Saunder’s studio, true to form Devon started working his charms on Alex.

“Alex, I know of a club just for men like us. How about we go have a drink together after the shoot? I think we could really have some fun.”

“Oh, god, Devon, give it a rest. I told you. Alex is taken now lay off.” I certainly didn’t need any competition. It was going to be hard enough to lure a gay man into my claws without another gay man pawing at him.
​ 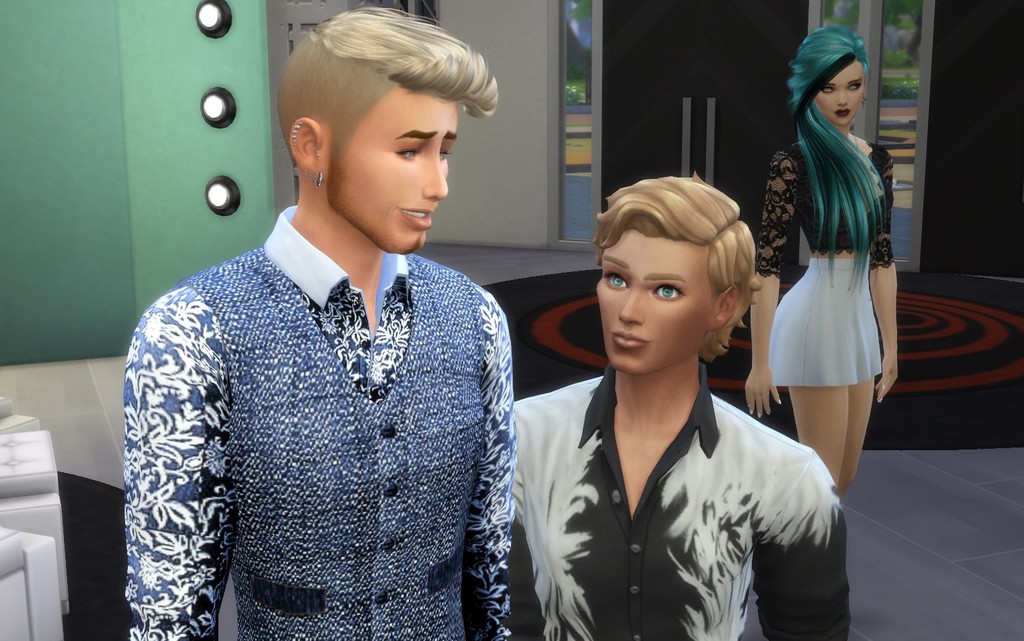 Devon slunk into the seat next to Alex like a boa constrictor coiling up next to his prey. “Just thought Alex could use a little fun in his life. Up until now, it sounds like he’s been tied to his work and working out. You know what they say about all work and no play...”

Alex laughed. “Don’t worry about me. I get by just fine with my boyfriend.”
​ 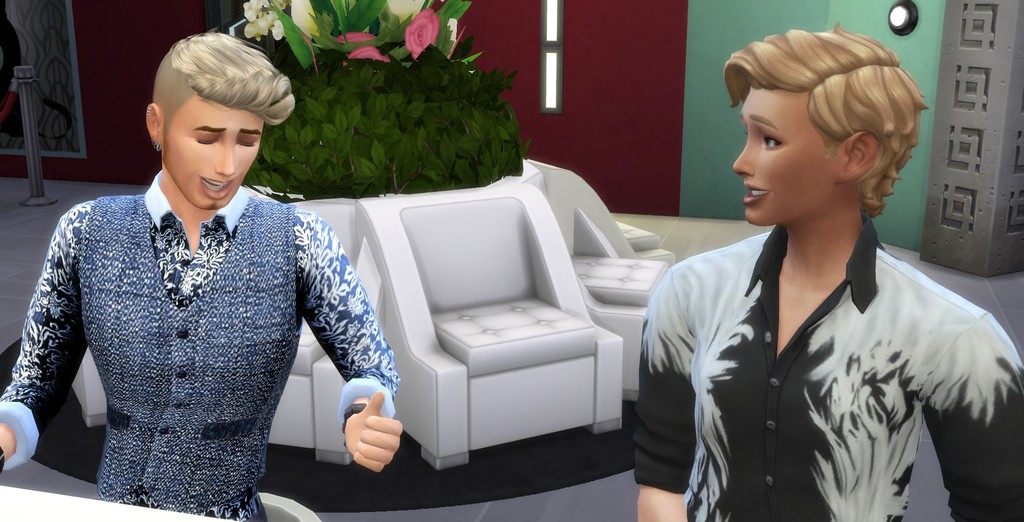 Devon wasn’t taking the hint. I knew he’d do this. Putting on my best diva, I folded my arms and pouted. “Devon, I thought you liked me. And now you’re paying more attention to Alex.”

“Sorry, darling. Although you are pretty, it’s just not the same.”

Alex shook his head. “Hey, are we going to do some work? I actually shouldn’t be away too long from my sister.”
​

With a few more lewd comments from Devon, we finally started the shoot. Alex actually was a natural at posing. I felt so at ease.
​ 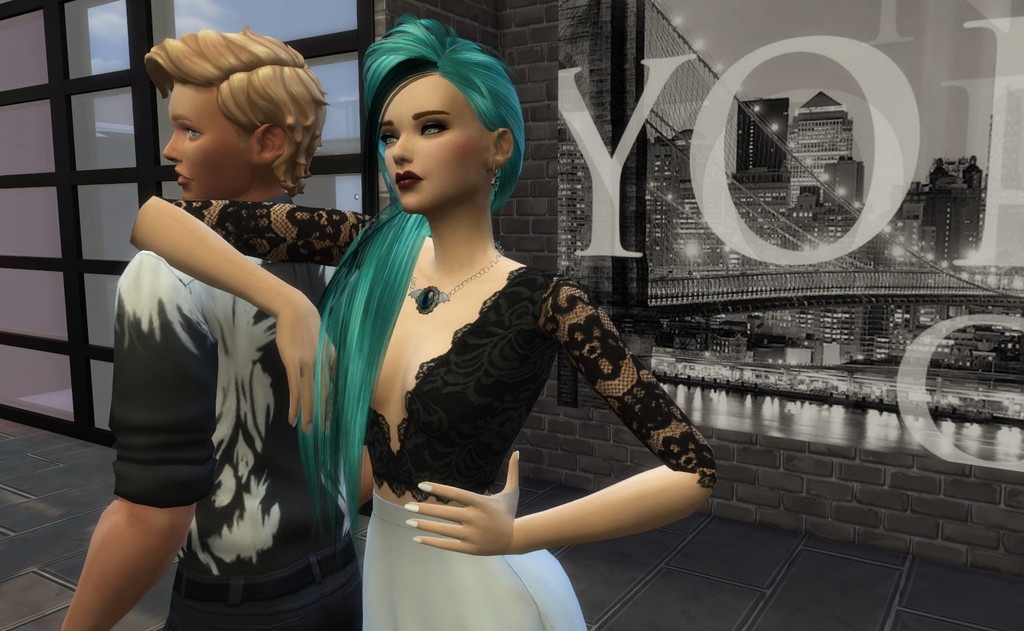 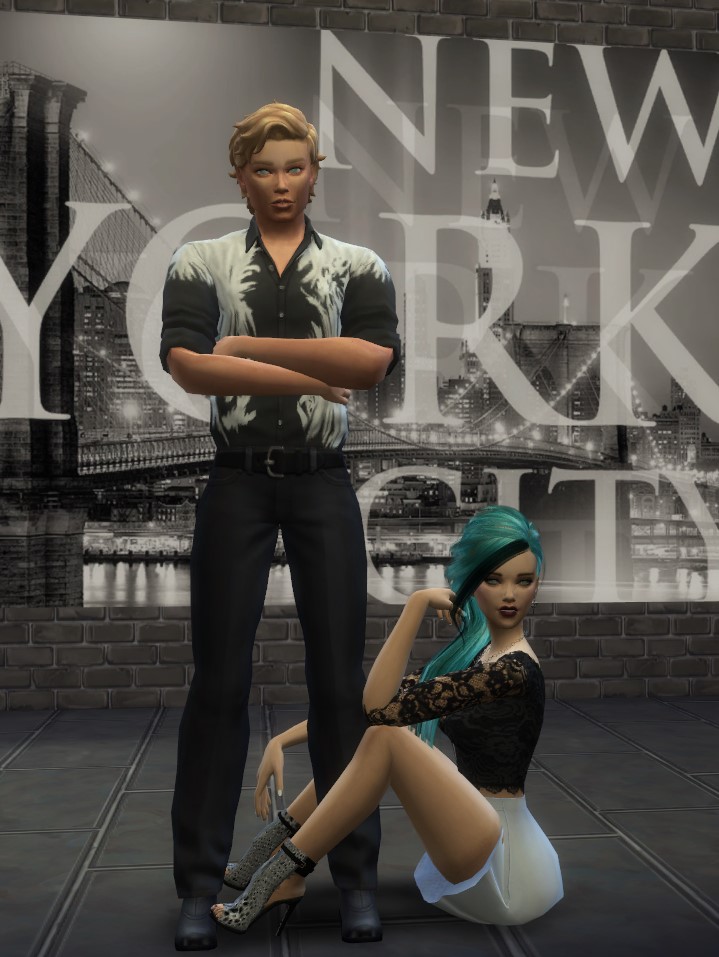 I’d made sure we had a few romantic poses thrown in. I wanted Alex to have a taste of me. No man could deny how I sent them into a tantalizing frenzy. And Devon helped out with all of his suggestions.
​ 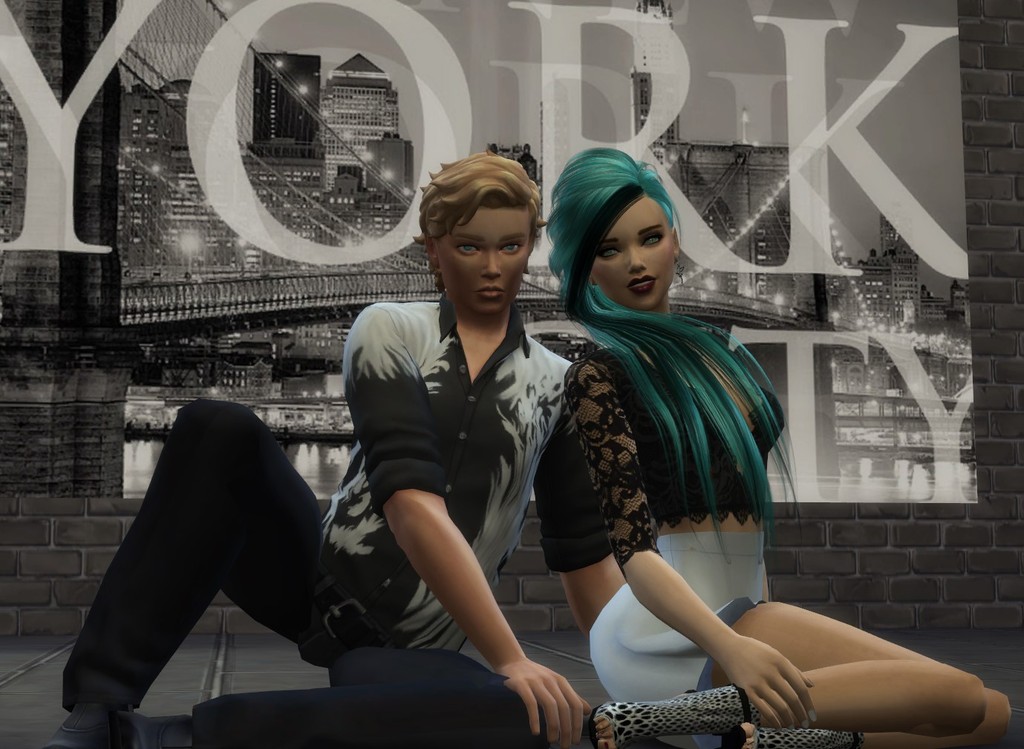 When the shoot was over, I didn’t get the pose I’d really wanted. Glaring at Devon, he knew what I meant.

“Okay, darlings, you’ve done a marvelous job. I only have one more shot for this issue and then we’re done. I need you two to kiss. Make it look good! We want to sell the shot!”

I could see the look of fear in Alex’s eyes. Good. That meant he might feel something he shouldn’t and Knight would go ballistic. “Come on, Alex. It’s just for the job,” I soothed.

Wrapping my arms around his strong shoulders, I went in for the kiss. At first, he held back, but then he relaxed and gave me what I wanted.
​ 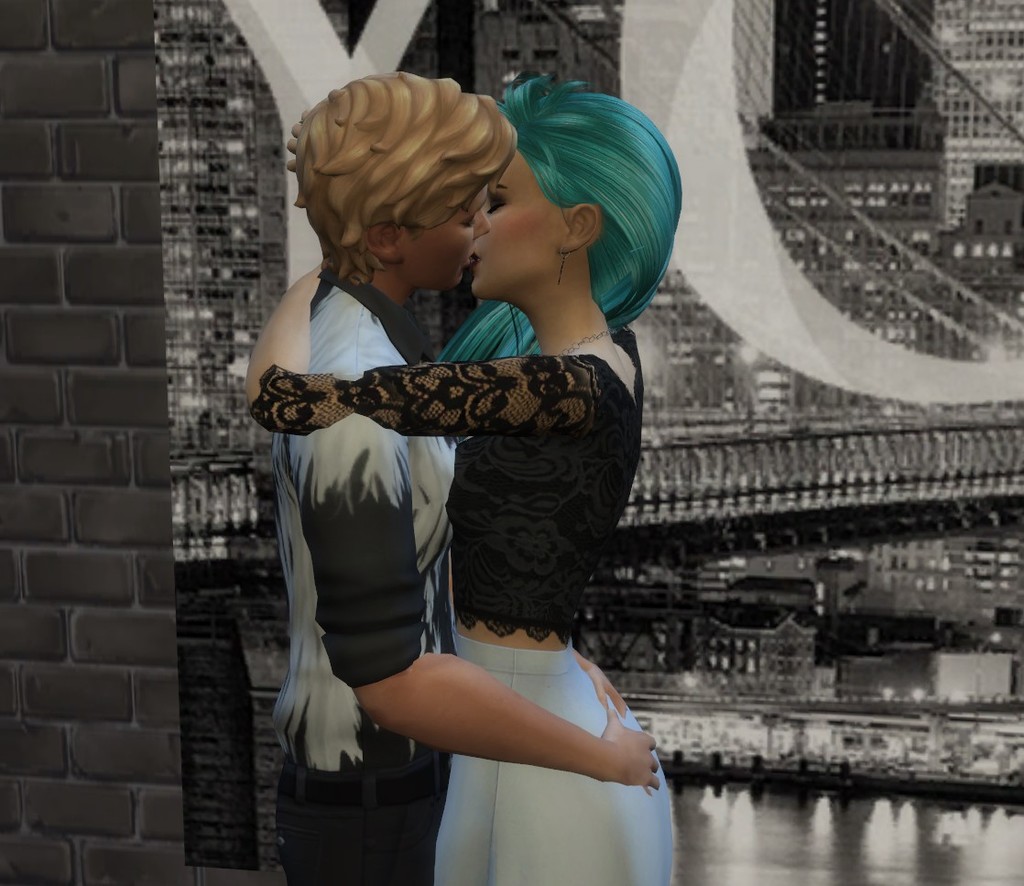 Author's note: Want to say a HUGE THANK YOU to RABOOSKI for making this breathtaking model home just for Chiandra. If you want a feminine playhouse for entertaining, this will fit the bill! Click here to download: MODEL HOME.
Powered by