This week had been incredibly long and frustrating. Winter wouldn’t talk to me. She’d done this before, so I wasn’t too worried, but still. I hated the fact that when she got mad, she’d shut me out. And it’s worse since I can’t be with her. I knew that if I was home, well, first of all, we wouldn’t have anything to fight about but if we did, then I’d make her talk to me. But I was just stuck in a hotel suite with my band mates.

I wasn’t giving up, though. I talked to my dad and put off the cover for his movie and I also told my producer I wasn’t available for a month. So, I was coming home. Too bad Winter didn’t know. I told Manu to say something to Celia, but he said Winter wouldn’t discuss anything about me. He also said something fishy was going on because Celia’s voice got all funny whenever he’d mention it.

I texted Winter for the thousandth time that I was coming home.
​ 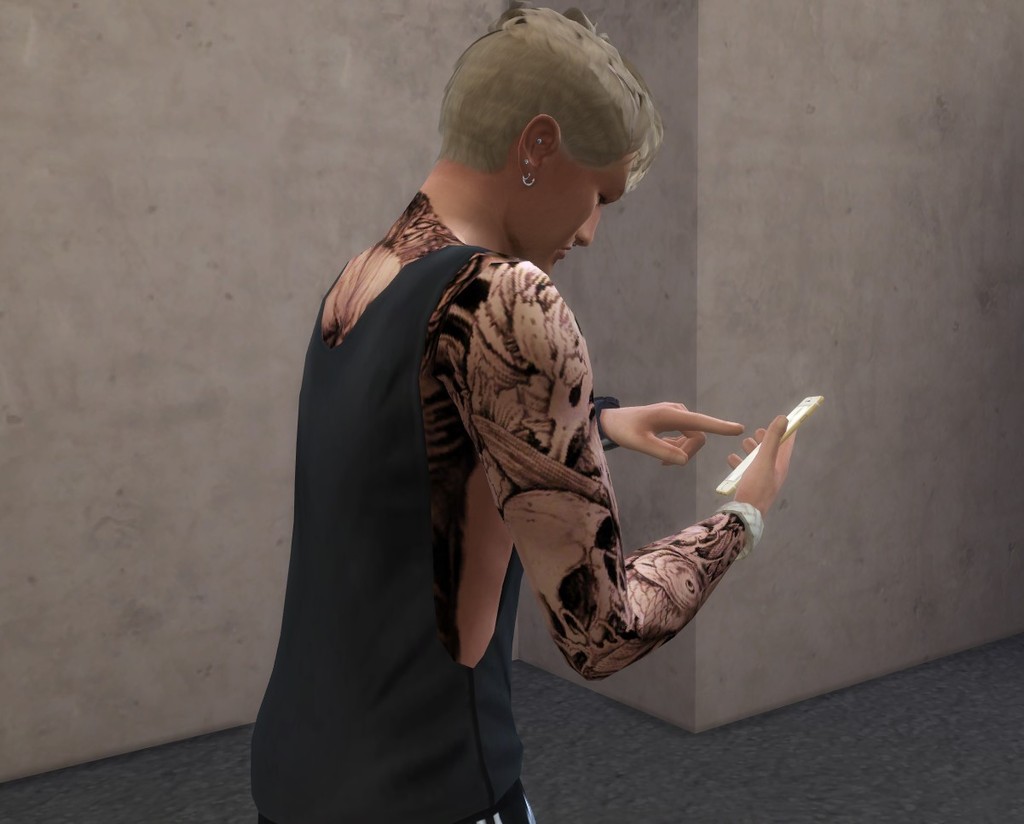 And my phone buzzed! 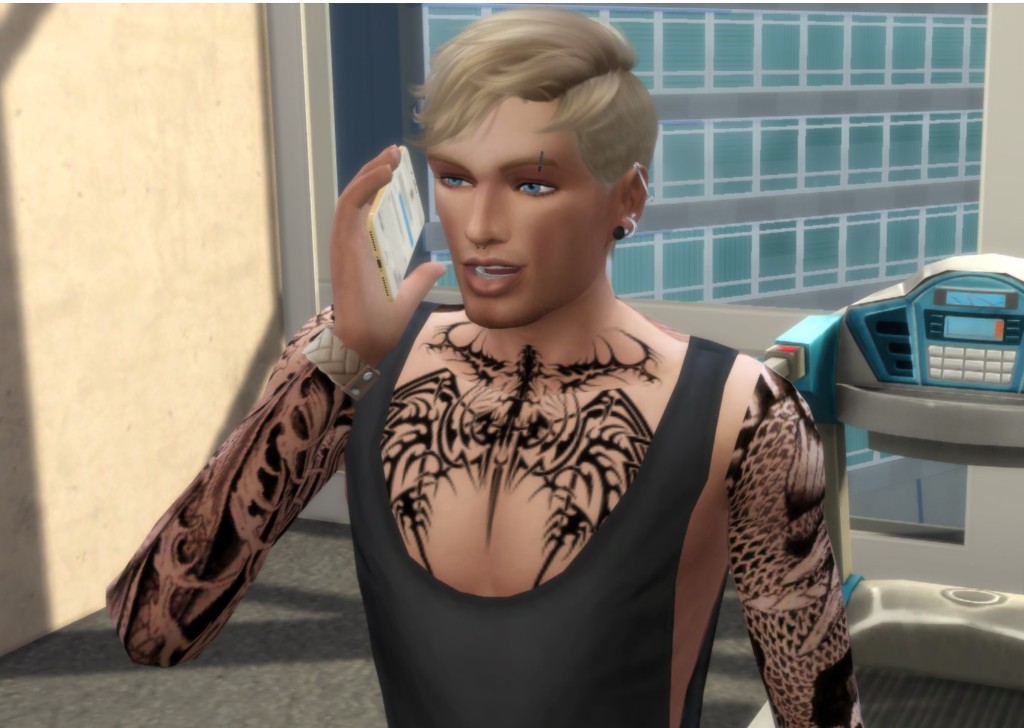 “Jackson,” she said, voice quivering like she was about to cry. “I...I’ve given this a lot of thought...I...I just don’t want to do this anymore.”

My stomach lurched. “Do what?”

“This. Us...I’m tired of it. I don’t want to always wait for you to call or to come home to me. And you rescheduled because I threw a fit not because you wanted to. It’s not right. We’re not right.”

Heart pounding in my ears, I asked, “How can you say that, Winter? I do want to come home. I can’t wait to see you. I just needed a little reminder is all. You really want to throw everything we mean to each other over this issue? That’s nuts. Don’t do this, baby. Don’t do this to us.”
​ 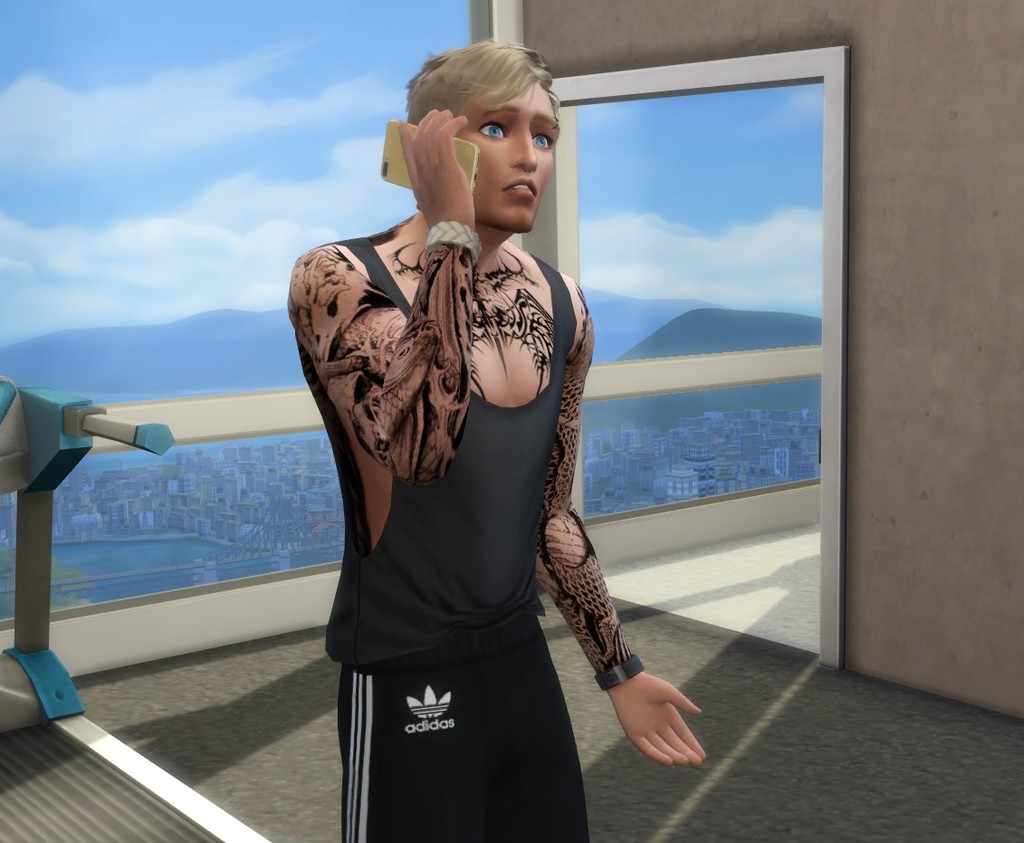 She sighed making a loud scratchy sound. “I’m seeing someone.” 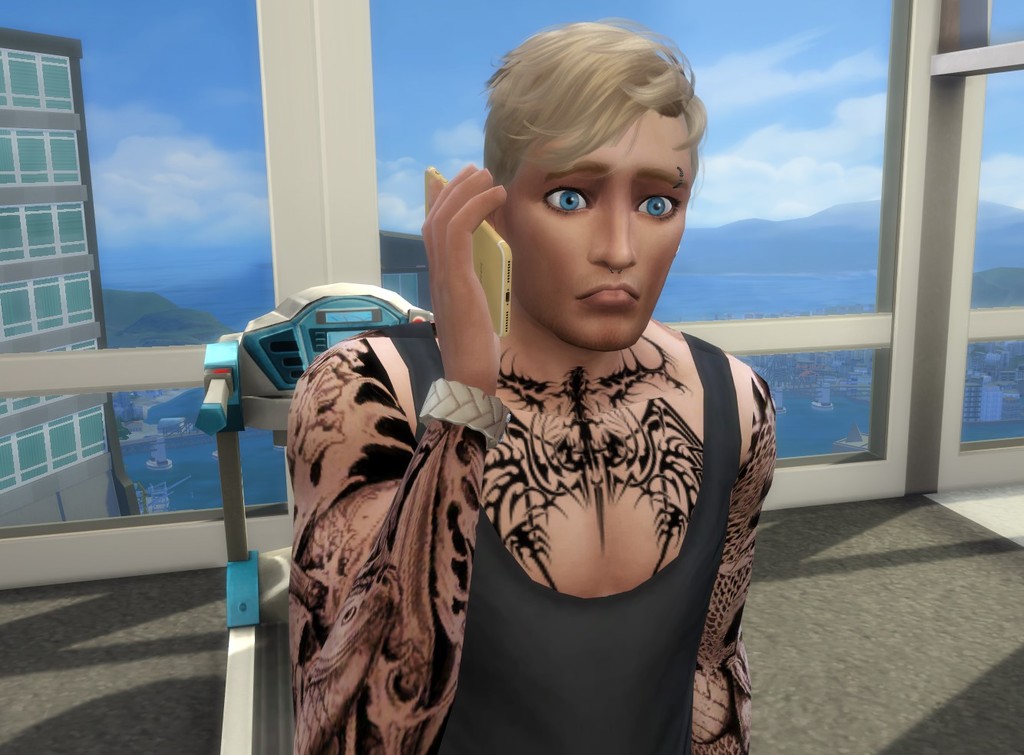 “I...I’m moving on with my life, Jackson. I know it feels sudden, but he’s good for me. I can’t keep pining away for you anymore. It’s over.”

I felt as if she just sucker punched me in the face. “Who is he? That frat asshole you were with the other night?”
​ 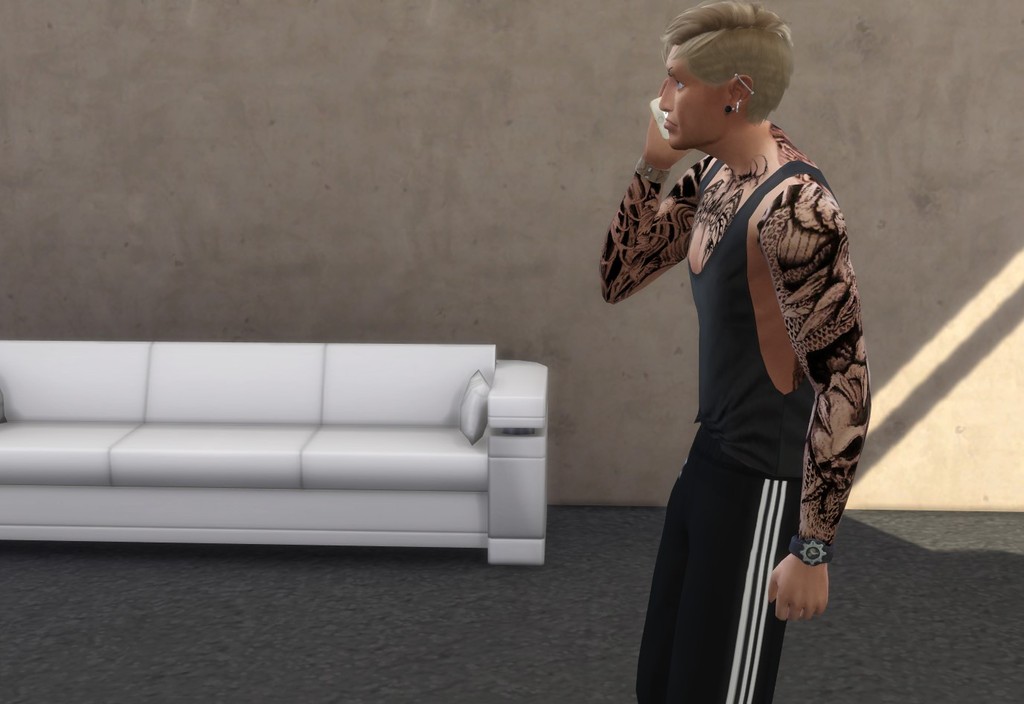 Reeling from this news, rage from the other night at seeing her with that baby-faced jerk surfaced. “What do you expect me to do, Winter? Be happy for you? Throw confetti?” She didn’t answer. I wanted to put the guy in the hospital...I would have given anything to be in San Myshuno at that moment. “Are you screwing him?”
​ 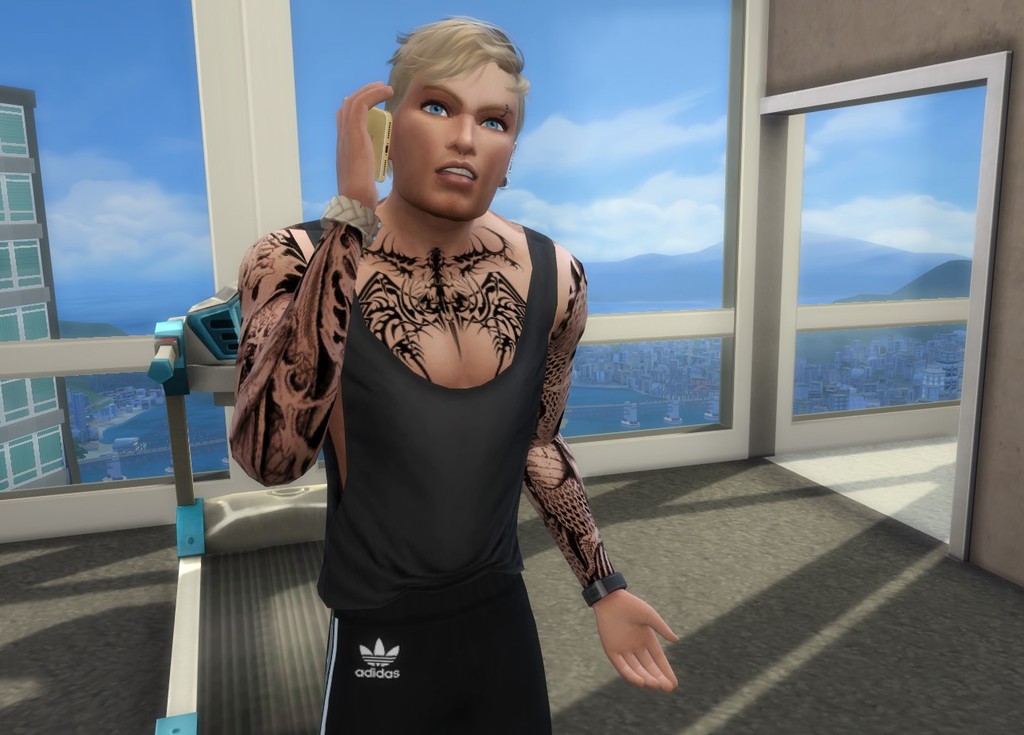 “This isn’t getting us anywhere, Jackson. I know it hurts but...”

My eyes bugged out at the insensitivity of that statement. “HURTS! For fuck’s sake, Winter, I love you. And I thought you loved me too, but I guess that was all a big fucking LIE!”
​ 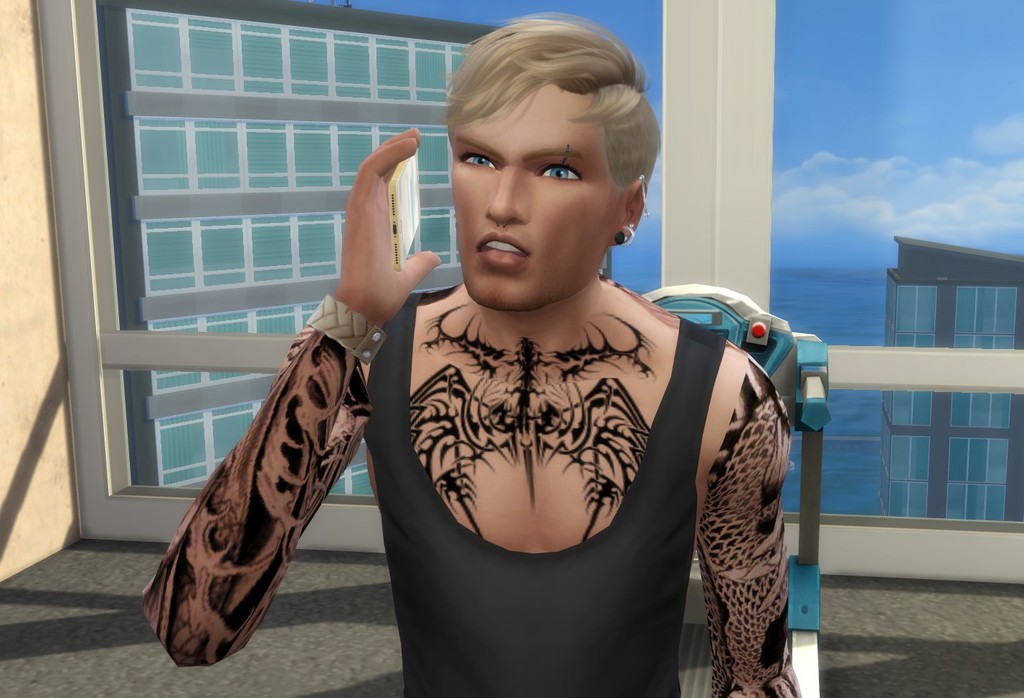 She started to sniffle, but that only made me angrier. “I can’t believe you’d throw me away like this, Winter. And break up with me over the phone.”

Voice cracking, she said, “I...I do love you, Jackson, but you’ve changed so much...” She sniffed again. “I thought I didn’t care about your tattoos and your band and this gypsy kind of life you’re leading, but I do...I can’t take it any longer and Victor was...”

“VICTOR!” I shouted. “That’s the asshole’s name, huh? Well, go ahead and screw Victor all you want. Have a nice life with him. And by the way, Winter? FUCK OFF!”

I threw the phone across the room and it smashed into millions of tiny pieces right along with my heart. 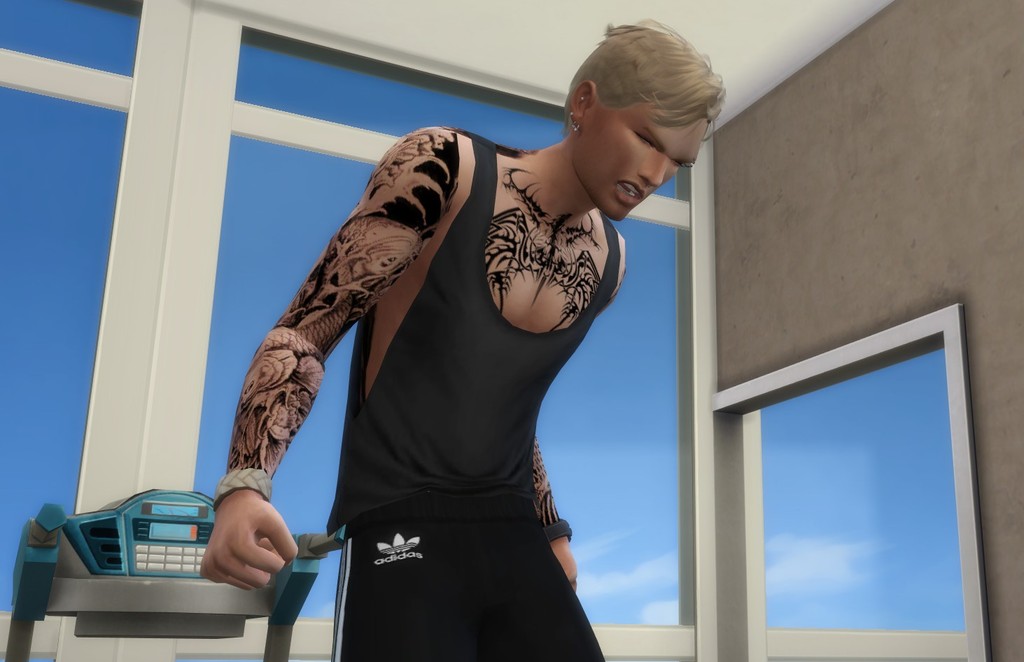 When I heard Jackson scream in the next room, all of us looked at each other. I knew what had happened. I was just surprised it took this long. Little Miss Frozen was not right for Jackson. They were just too different. And when I saw her with the frat boy the other night, I knew it would only be a matter of time. She was a high society sorority snob. What was she doing with a heavy metal rocker?

But I wasn’t prepared for Hurricane Jackson. The guys had warned me about Jackson’s temper. Said he got it from Knight, but I’d never seen it before. If I had heeded their warnings, I would have left him alone, but who would have guessed he could turn like that? Poor guy was so hurt. I just wanted to help. 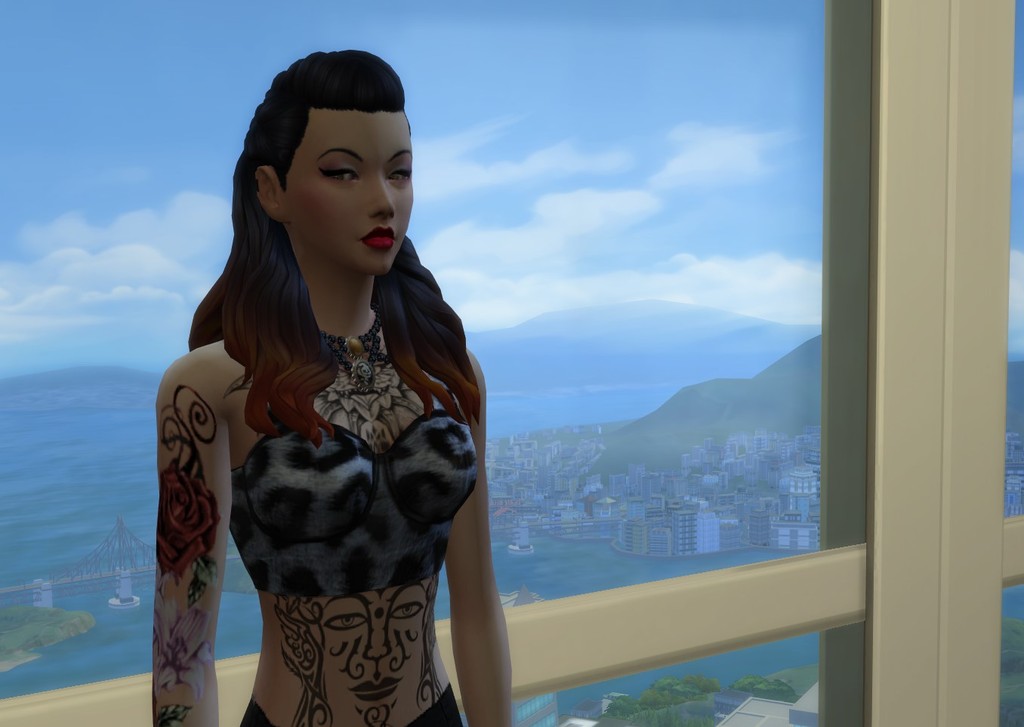 Then he turned on me. “You’re sorry? YOU? Ha. That’s a laugh. You know, you’re the reason Winter broke up with me.”
​ 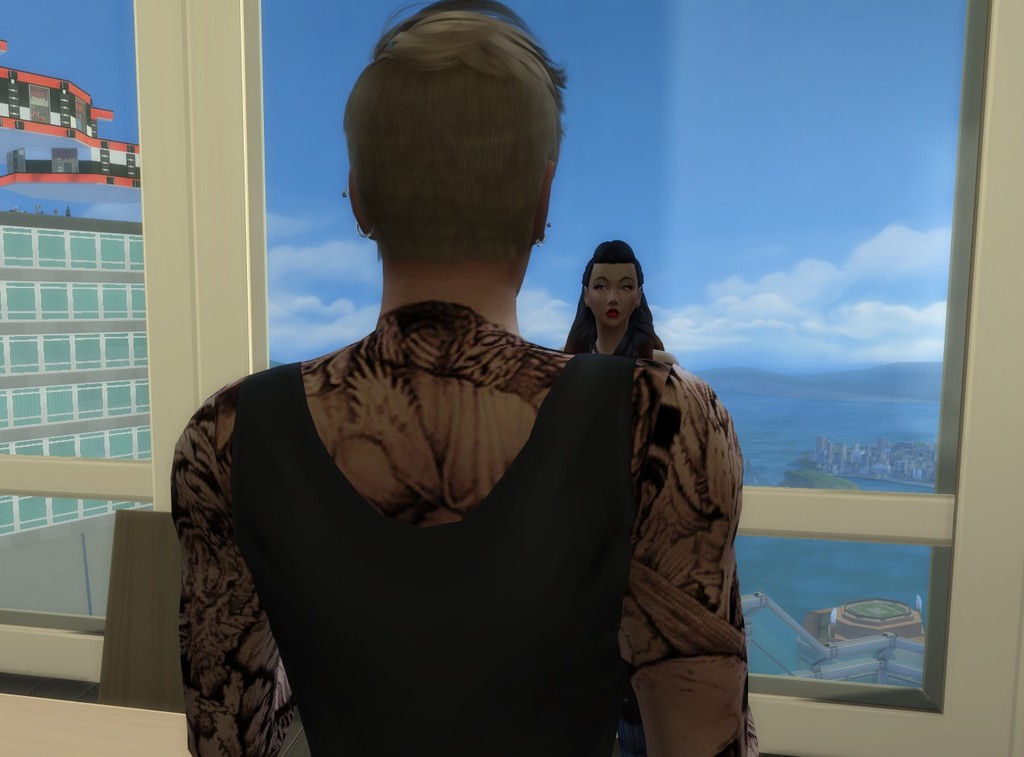 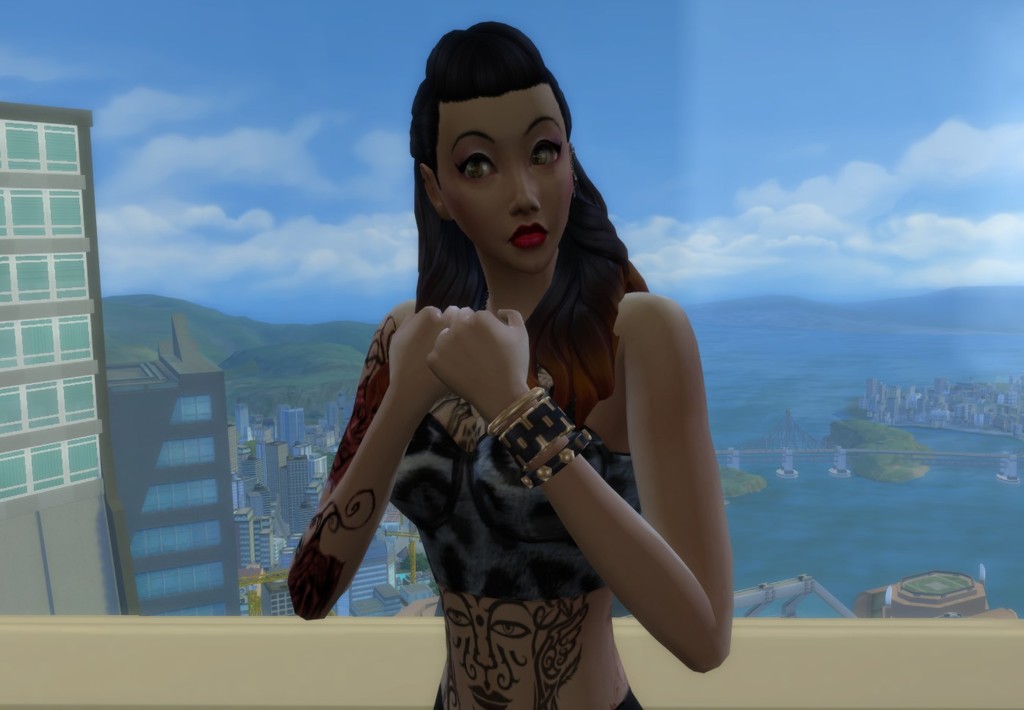 “Yeah. If it weren’t for you, I’d be at Bulliard right now, working on my music skills instead of traipsing around the globe, sleeping in crappy beds and eating god knows what. I’m sick of this shit. Sick of the band. Sick of living in hotels. And most of all, I’m sick of YOU!”
​ 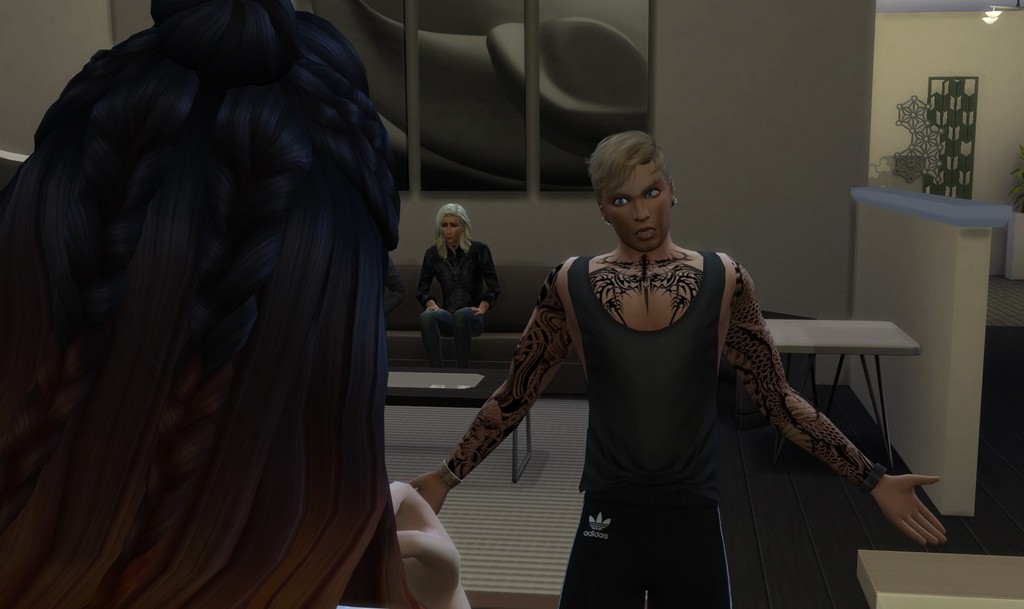 I was so stunned, my eyes blinked back tears as my face heated up.

Clarke wrapped his arms around me protectively and said, “Jackson, just get the hell out of here. We know you’re upset but you don’t have to take it out on Mako. She’s not the one you should rage on.”

I cried into his chest. I couldn’t help it.
​ 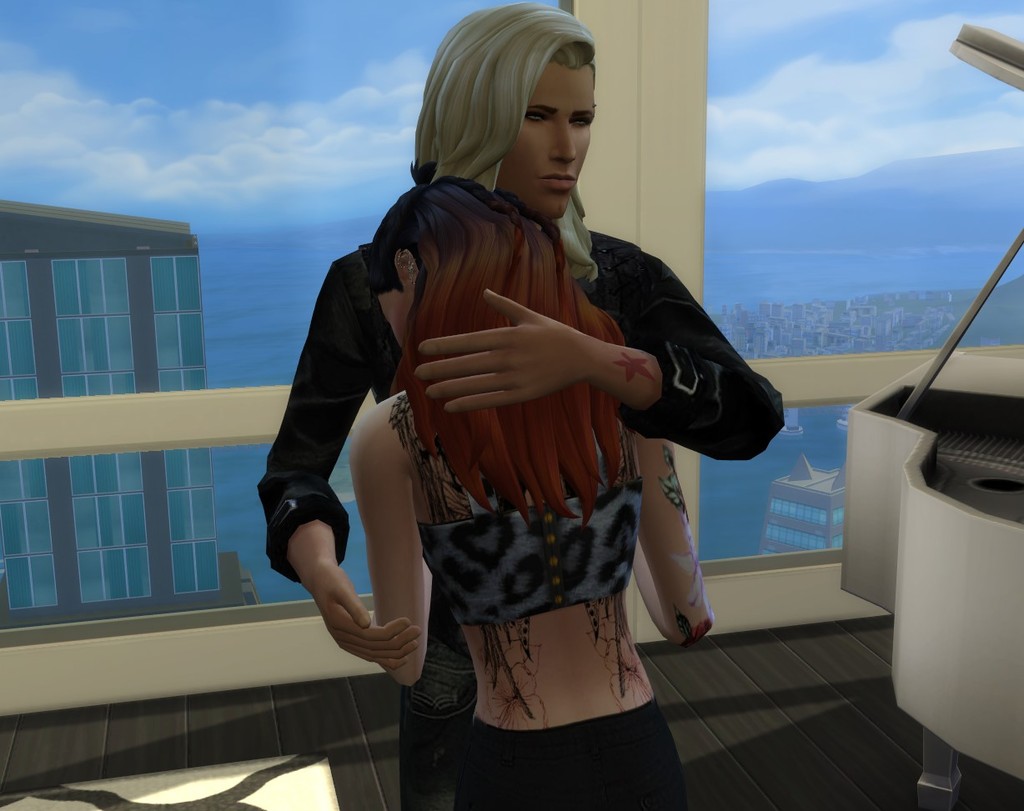 He didn’t say anything more. I heard him stomp away and slam the door.
​ 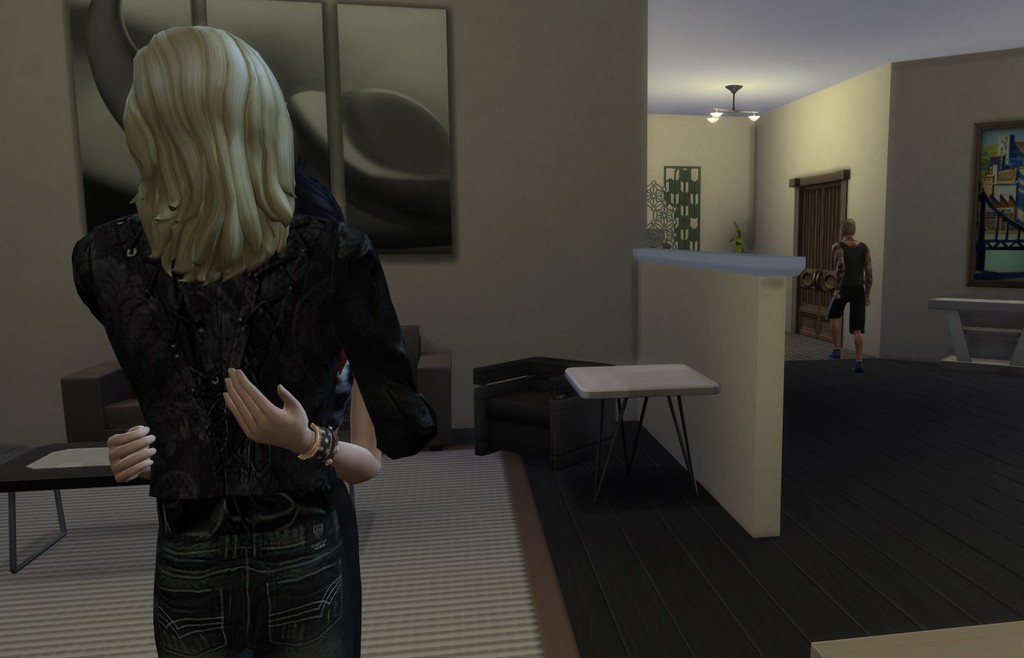 Rubbing my back, Clarke said, “He didn’t mean it, Mako. He always says stuff he doesn’t mean when he’s mad.”

Wiping my nose, I sat down on the couch and said, “Do you think he’s going to quit? Go back home and go to Bulliard?”

“Nah...Jackson’s just super pissed. I can promise when he cools down, he’ll apologize. He’ll feel really bad about what he said to you. If I were you, I’d start thinking about ways he can make it up to you. Probably the best way to get something out of him.”

Manu laughed. “Yeah. Remember when he punched you when we were like eleven because you slapped his cook in the ass?”

I hit Clarke, playfully. “Sounds like you had it coming.”

“Yeah,” Manu added. “But Jackson felt really bad. Remember what you made him do?”

I glared, arching an eyebrow. “I can just imagine.”

“Who me? I didn’t make him do anything.”

Leaning toward me, Manu said, “He made Jackson clean out his cat’s litter box for five weeks!”

“Hey,” Clarke interjected, “he got incredible friend points with my Gran so it wasn’t like he didn’t get anything out of it. I did him a favor.”

I bit my lip, shaking my head. “Well, I’m worried about Jackson. This isn’t just punching out a friend when you’re eleven. He’s so upset. I’m afraid he might do something crazy. I’ve never seen him like that.”

“Don’t worry, Mako,” Manu said. “Jackson will cool off. We’ve seen this so many times over the years. It rarely occurs, but when it does, the same thing always happens. It’ll be cool.”
​ 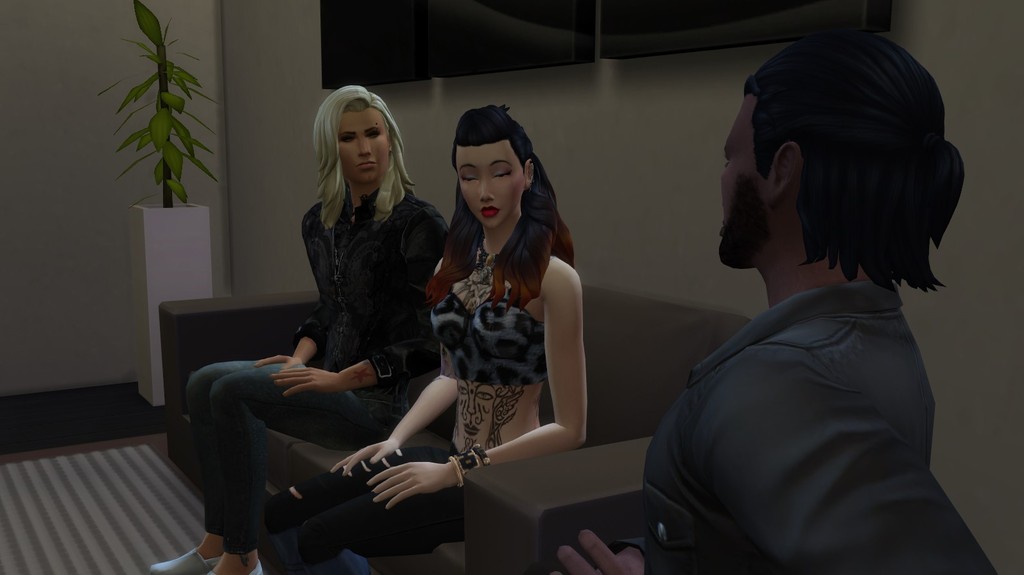 They were right. It took Jackson a day to settle down. We didn’t see him that night, but the following day, he begged for forgiveness. I chewed him out a little and I told him it better not happen again. He promised it wouldn’t.
​ 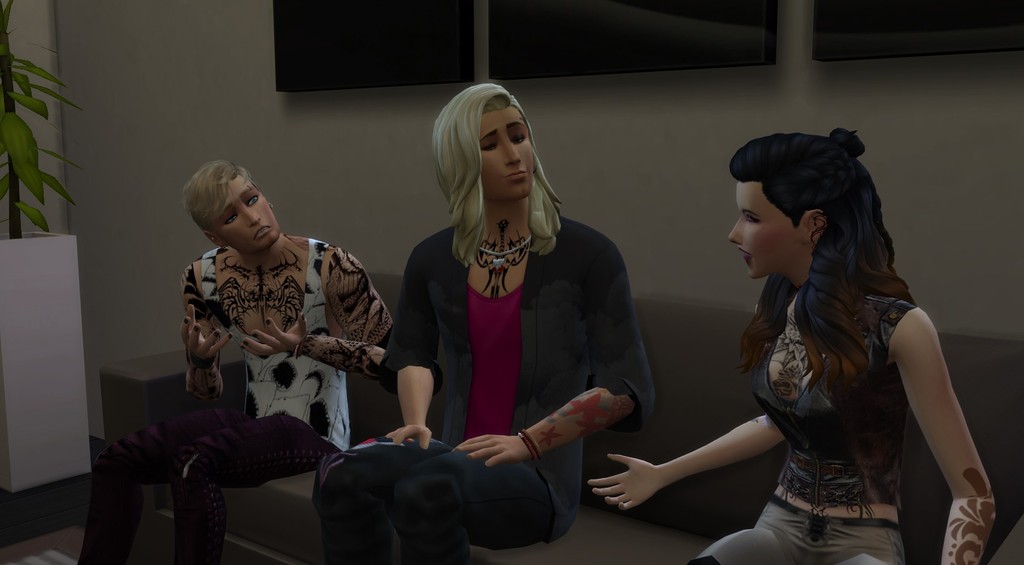 Then he told us he wasn’t going home. He needed time alone. That he was going to work on a few songs.

I didn’t feel comfortable leaving him alone like that. Not when he seemed so unstable. Clarke told me Jackson was fine, but I didn’t trust it.

He stayed locked in his room for a day and then I heard him start playing. It was incredible.
​ 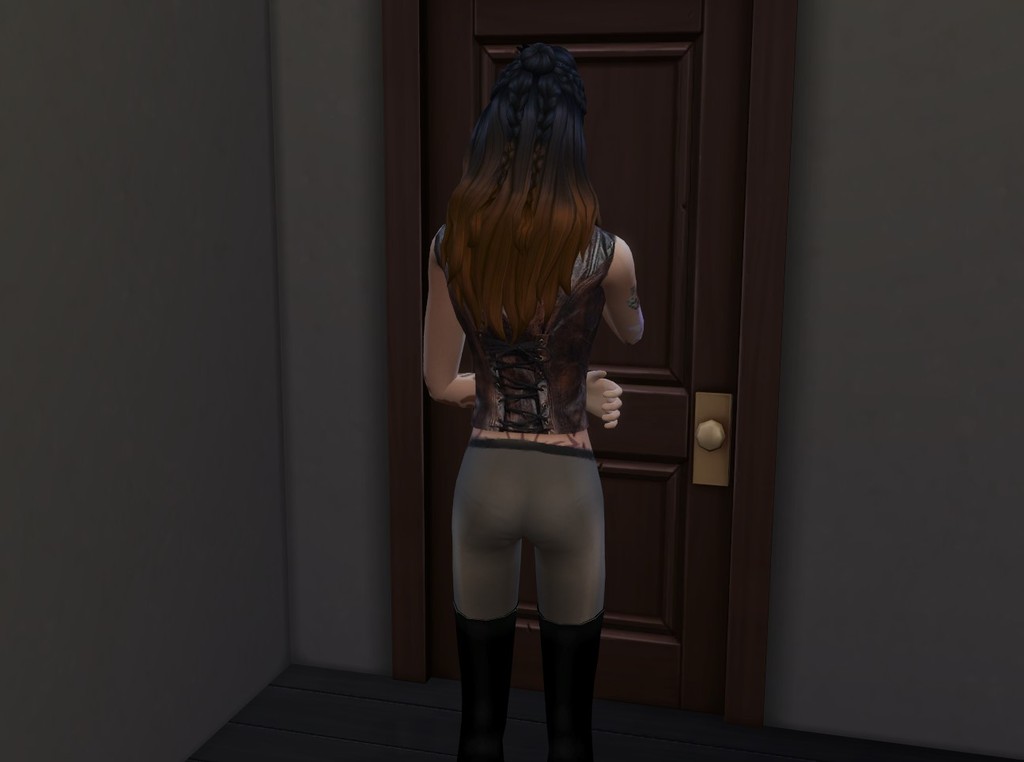 Little did I know that his time spent holed up in that tiny room, weaving music, would change all of our lives.
​ 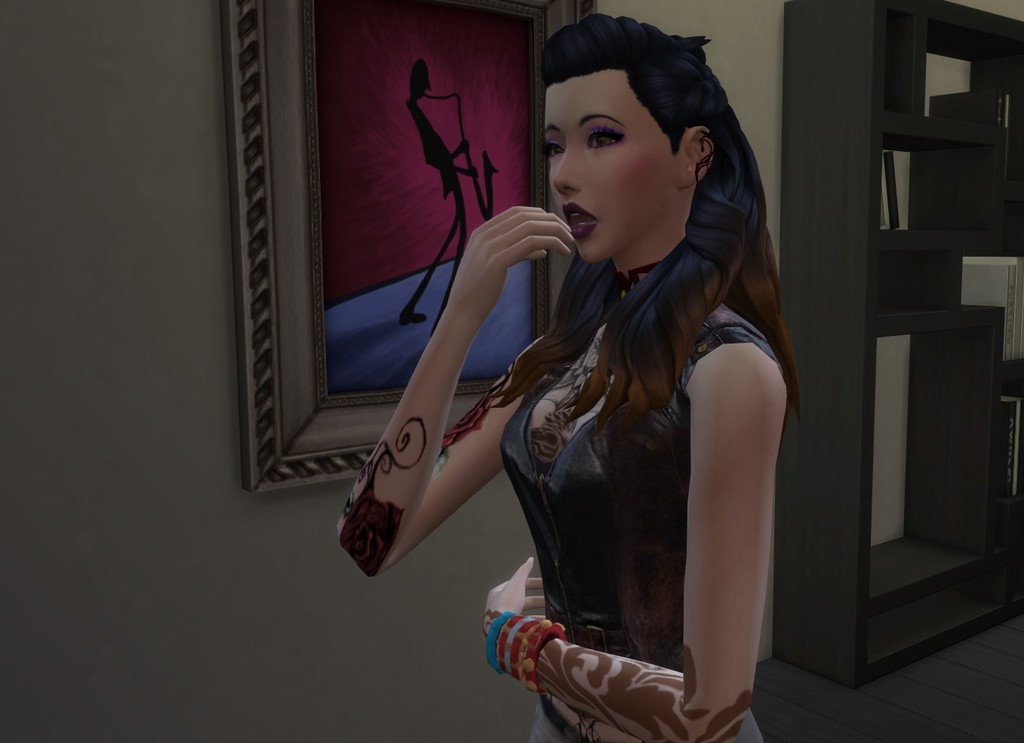