The bell rang and Ro and I bolted to the music room. Well, I kind of had to pull him along. I wished he wanted to go with Luci to the dance. I mean, it’s no fun going on a group date without your best bro. Why couldn’t he understand I just wanted hang with him, too?

Luci beamed when we entered the classroom. It was now or never so I shoved Ro a little forward and he glared at me. 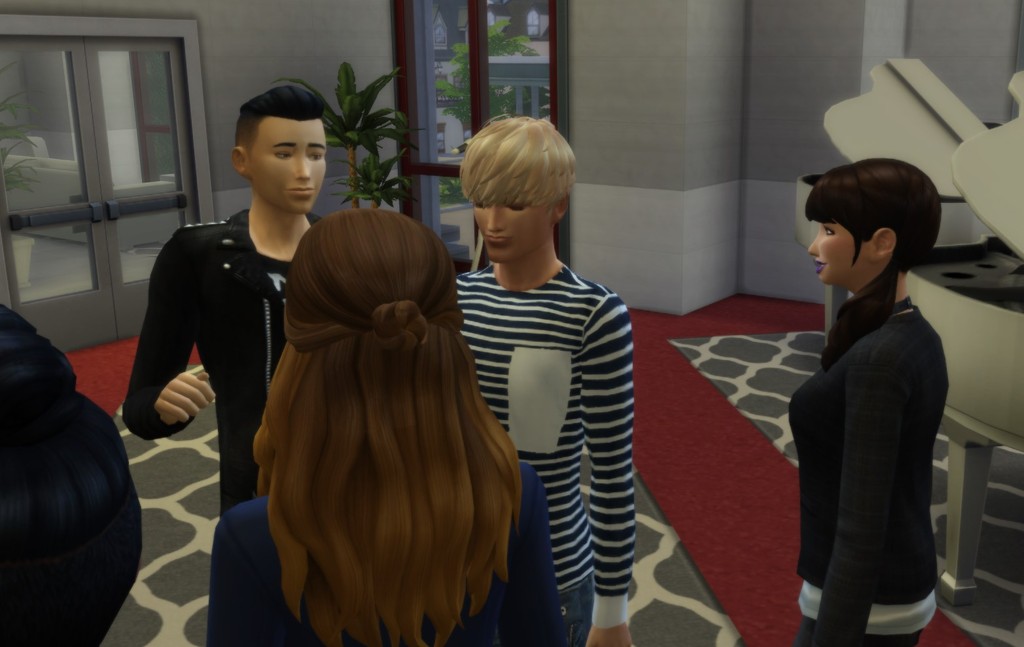 I urged him on with my eyes and he sighed and said, “Um...Luci, will you go with me to the Snow Ball dance?”

Running his fingers through his hair, he said, “Like...um...I was asking you to the dance.”
​ 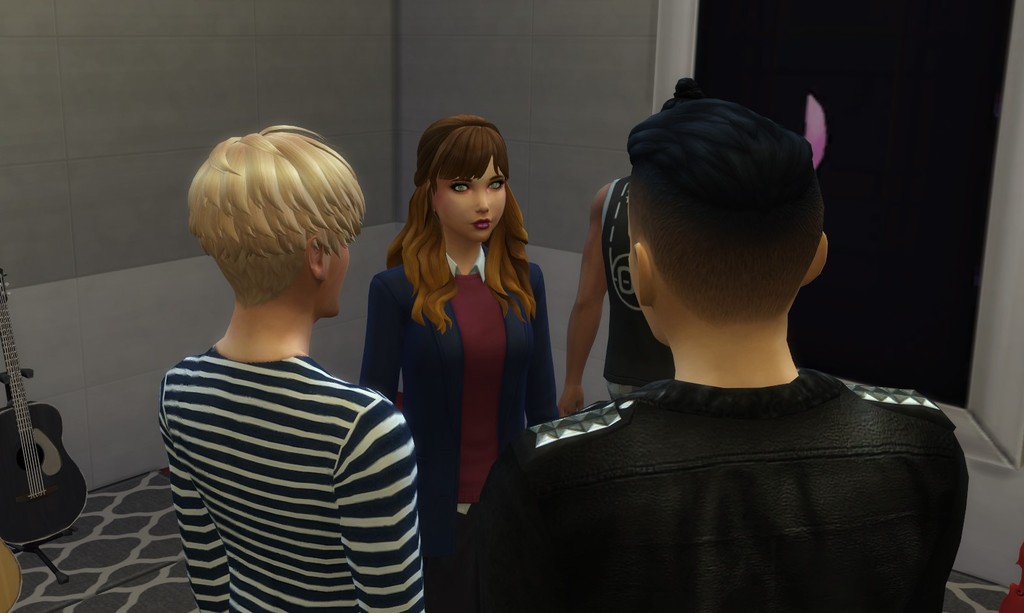 Shooting a hurt look my way, she shook her head. “So, all those questions you were asking me in yearbook were for...Ro? Is that true, Jackson?”
​ 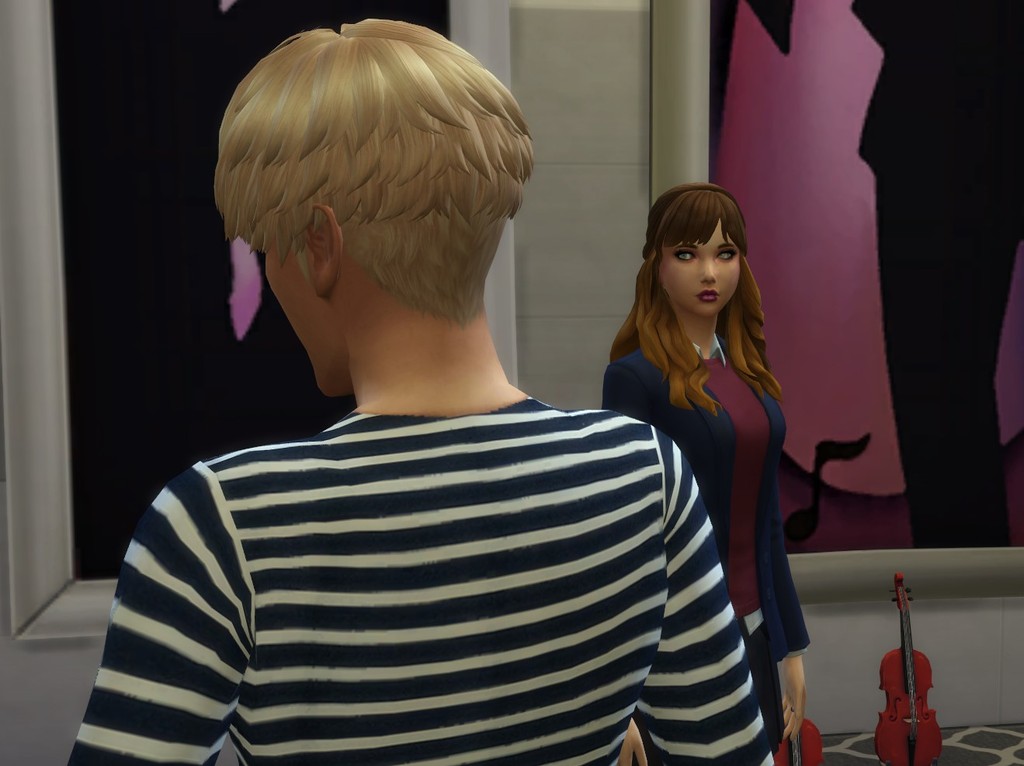 “Well, like...yeah...I mean, if it was for me, I would have asked you right then. I thought you got it that I was talking about Ro anyway. Won’t you go with him? He’s a great guy, handsome, and he’s killer on the dance floor. You’ll have a blast.”
​ 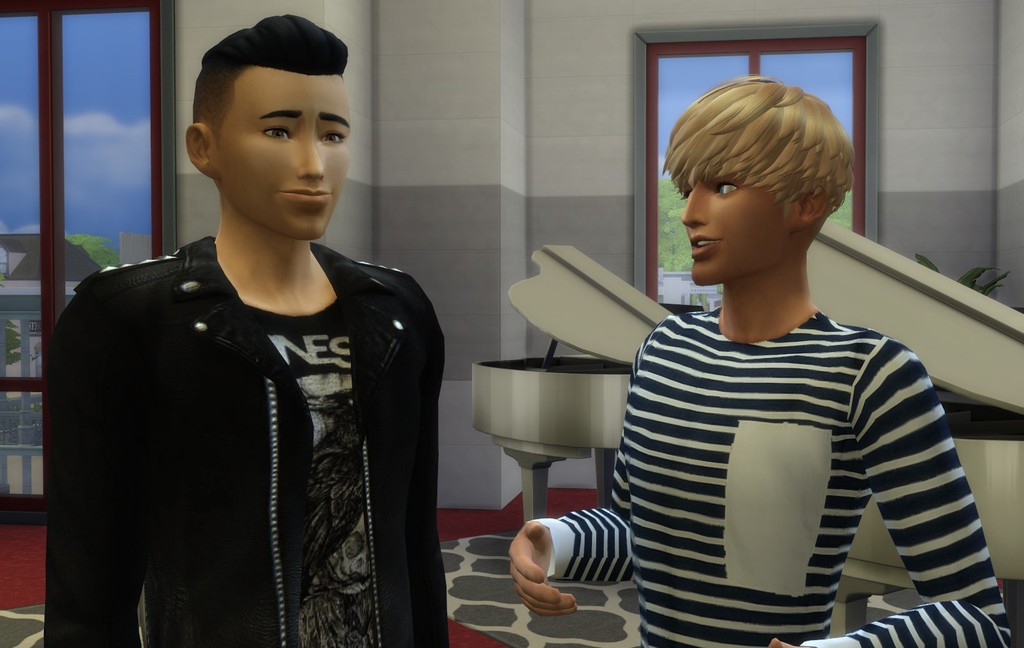 She looked pissed, shooting lasers at me with her eyes. “How in the hell would I know that? You’re such a freaking asshole. So full of yourself. You made me think it was you so I’d do what you wanted. Well I’m here to tell you, Jackson Mother-Fucking Jerk that I’d never EVER go with you to throw up bile let alone a friggin’ dance.” 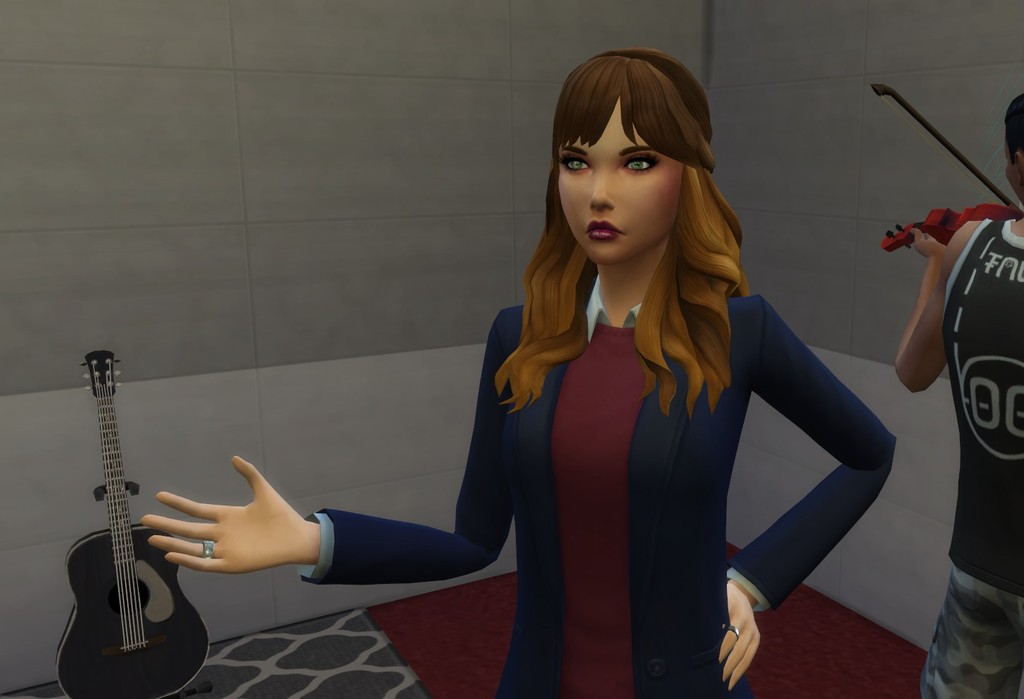 Turning on Ro, she blasted, “And YOU! If you think for one minute I’d go out with one of Jackson’s mating boys, you’ve got another thing coming!”

Waving an arm, Ro retorted, “Well, just to let YOU know, I didn’t want to go with you in the first place!”
​ 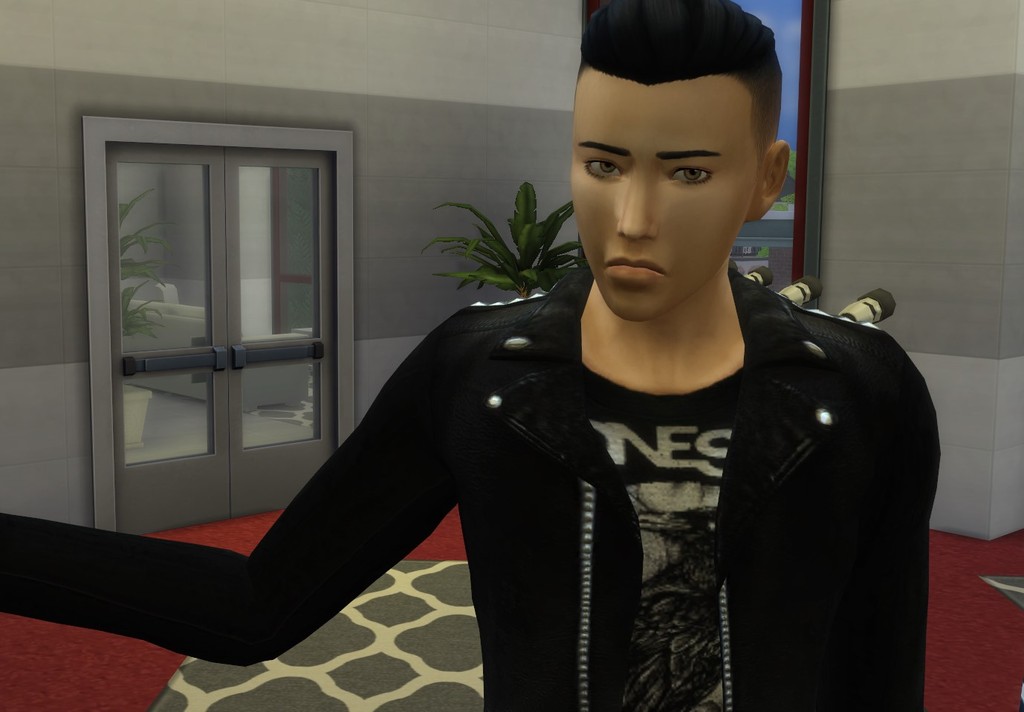 Ro pushed me out of the way and stormed out the door.

I couldn’t believe this turned into a major earthquake zone. I’d go after Ro later. I felt bad for talking him into this messed up idea, but I had to deal with Luci. “God, I’m so sorry! I had no clue you thought I was talking about me. I didn’t try to jerk you around. Honest! Ro was just shy about asking you, and I think you’re really cool. I thought we’d all have fun together.”
​ 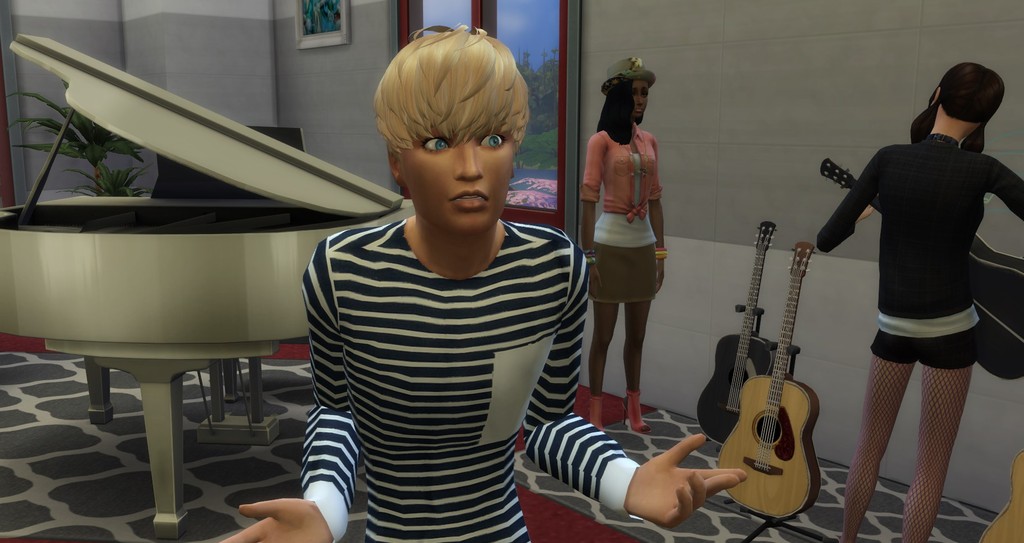 Putting her hand on her hip, she said, “Save it for one of your fangirls, Jackson. I’m not a member, so stuff it.”

“Why don’t you believe me? I really didn’t try to mess you over.”
​ 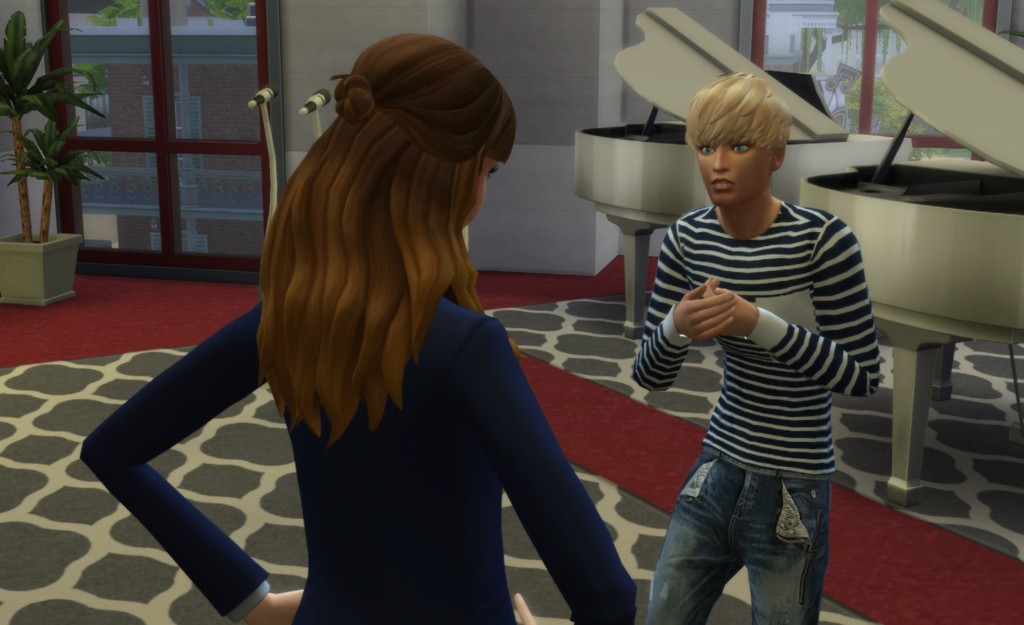 Throwing her hands up, she moaned, “Oh, GOD! Why do you think because your family owns half the world that you can go around and snap your fingers and everything will be okay?
​ 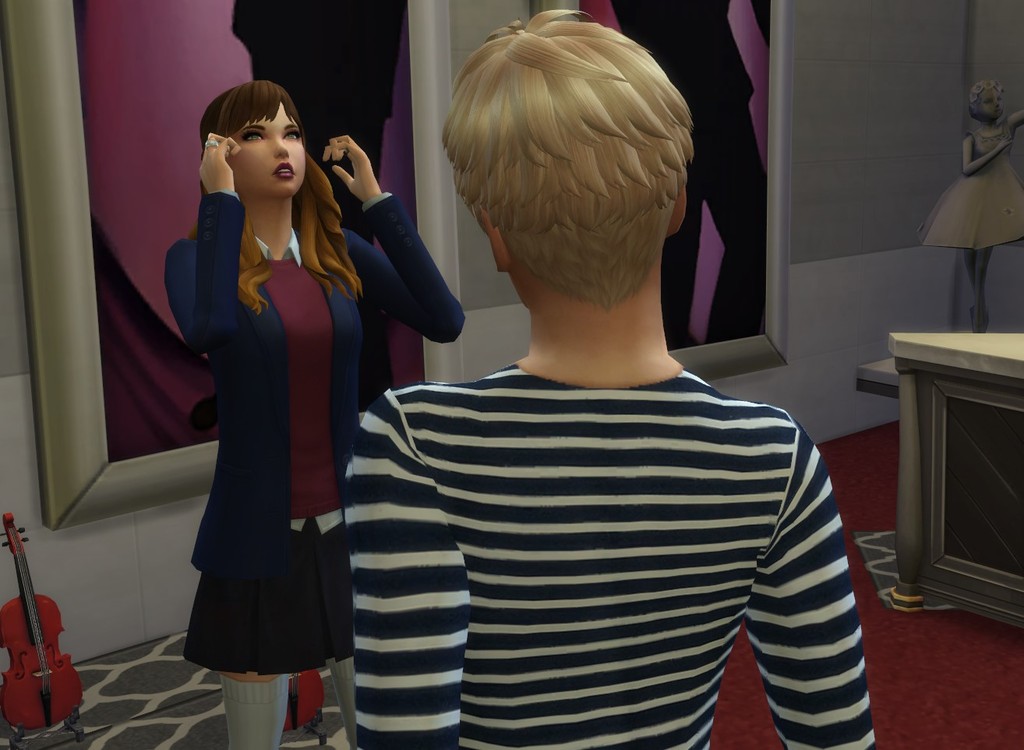 “Let me make myself perfectly clear. You. Are. A. Dick. And I’ll never like you or your self-serving family for as long as I live. Now, do me a favor, and leave me the h*ll alone for like the rest of my LIFE!”

Wow. World War III hit the music room this afternoon and poor Jackson suffered in the wake of nuclear missile Lucille Muller. What a witch. After she laid into him, embarrassing herself, I just couldn’t stand by any longer.
​ 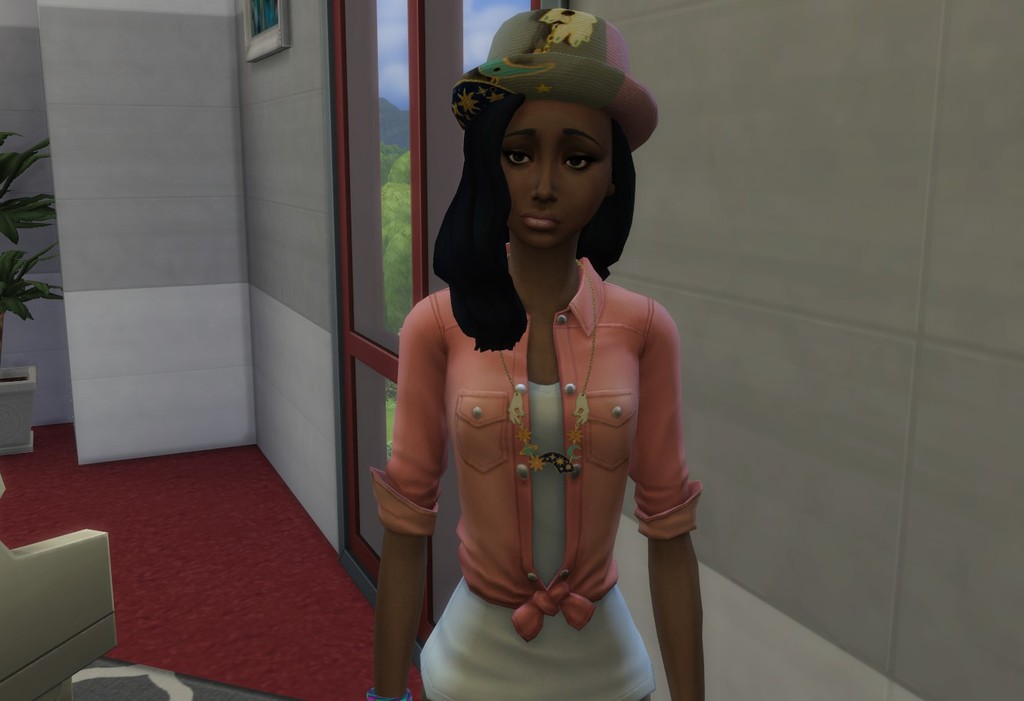 Jackson was apologizing so much, it was making me mad. He shouldn’t have to apologize. Everyone knew what a great guy he was. If Luci was too dumb to understand that, she should just get a life already. 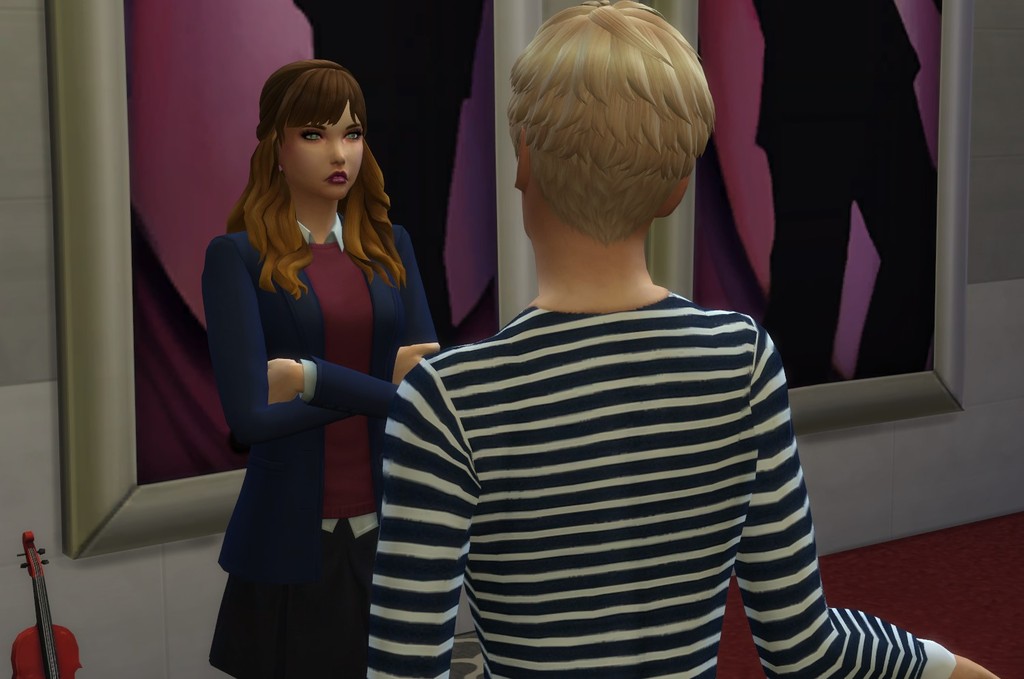 Pulling him away from her, I glared hard at the girl, trying not to lose control of myself. “Hey, Jackson, I need some help with my finger positions of these new chords.”

Safely out of reach from the raging she-beast, I said, “Hey...are you alright?”
​ 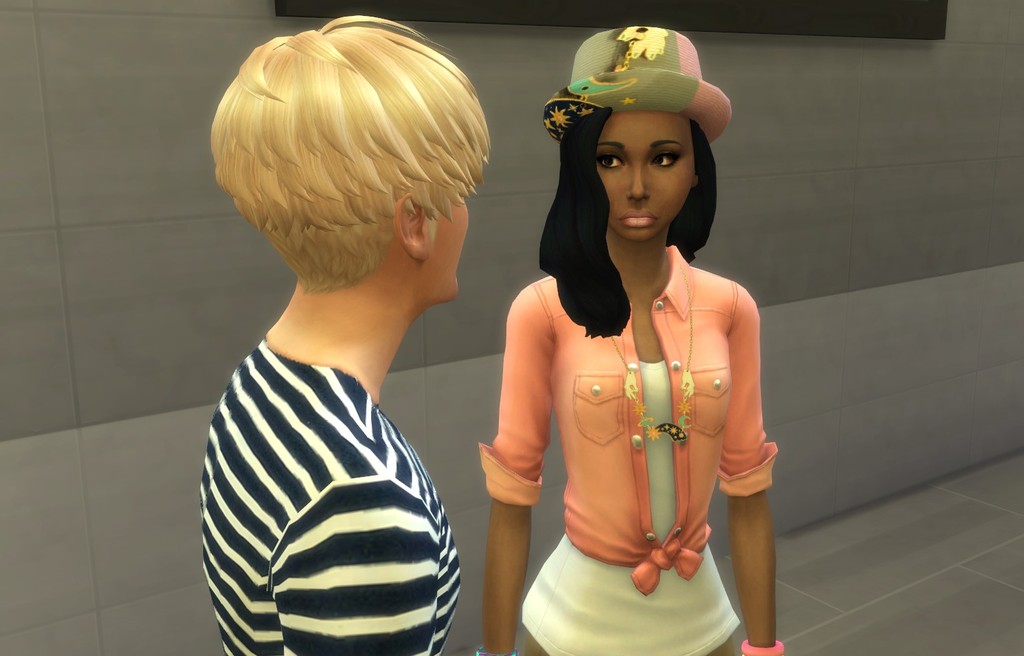 He sighed, putting his hands in his pockets. “I don’t know...I really plummed up. I made a mess of things with Ro and now Luci hates me. But it’s okay...I’ll figure it out.”

Putting my hand on his arm, I said, “Well, for what it’s worth, I think you’re a great guy. Don’t let someone like her get you down, okay?”

Smiling, he shyly looked up and said, “Really?”

Taking my guitar, he showed me where I should place my fingers on the strings. I’m not going to lie and say I didn’t like how close he was getting to me. The class flew by and before I knew it, Jackson was walking me to my locker.

“So...” I said, “since you obviously aren’t going to the dance with Luci, who are you taking?” 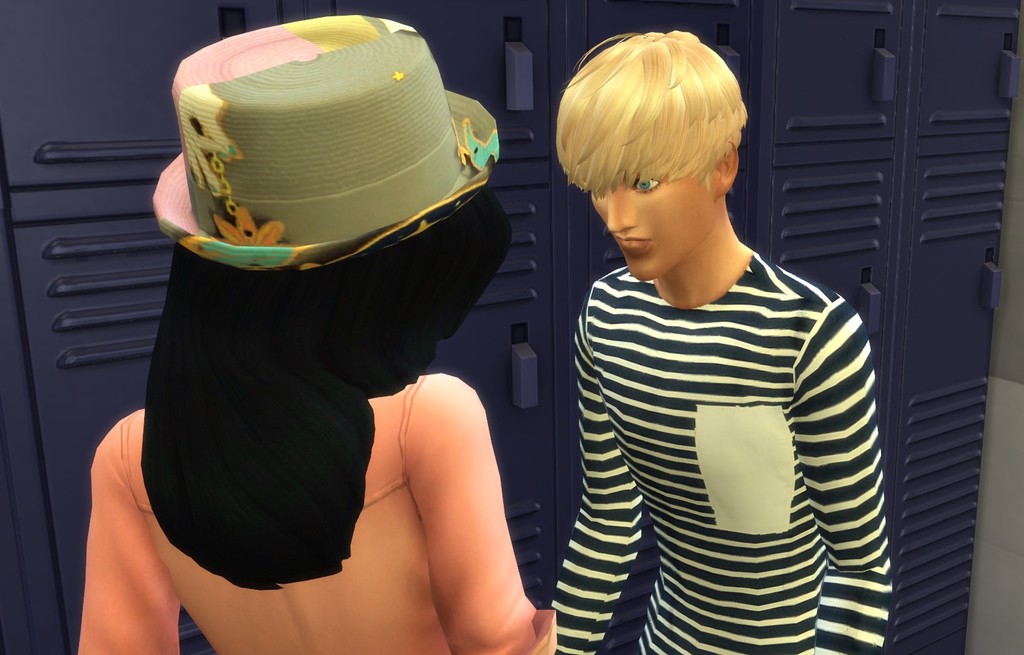 My eyes almost popped out of their sockets. I wanted to shout, “REALLY? ME? MEEEEE????”

But instead, I kept it together and grinned. “Sure. I’d love to go with you, Jackson.”
​ 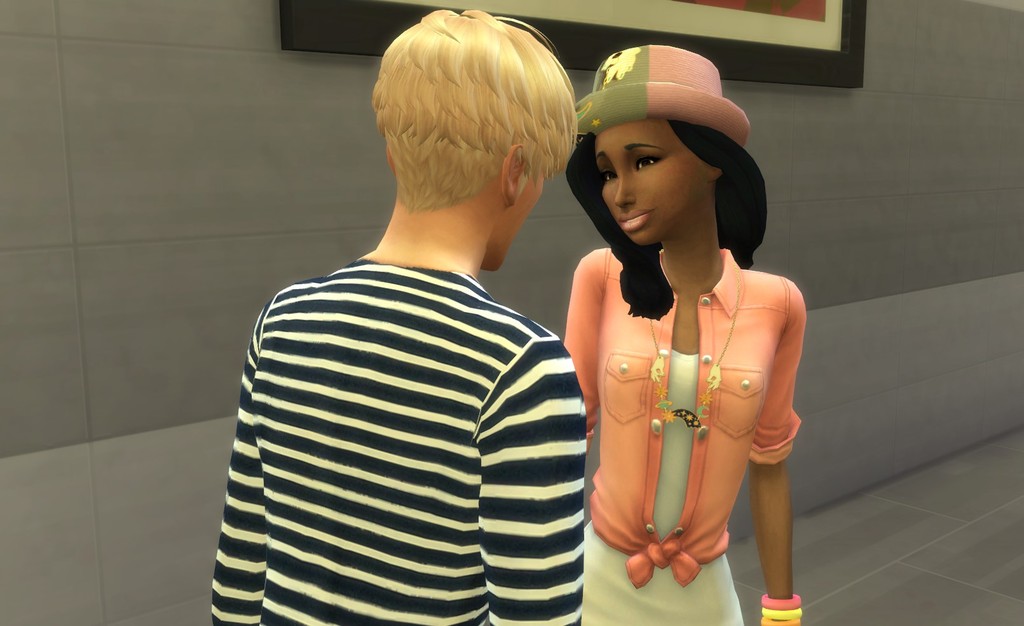 When Jackson came to me today and asked me to teach him how to box, I had to stop myself from getting too excited. He’d been aloof for the past few days. I knew something had been bothering him. But if I or Knight asked him what was wrong, he’d just say nothing and close the door to his room. Boxing was the perfect bridge to communication. At least I’d hoped that was how it would go down.

“Now, remember, Jackson, keep quick feet so you can move at a moment’s notice. You’ve got to be able to dodge as well as punch all at the same time. Boxing is more about timing than anything else.”
​ 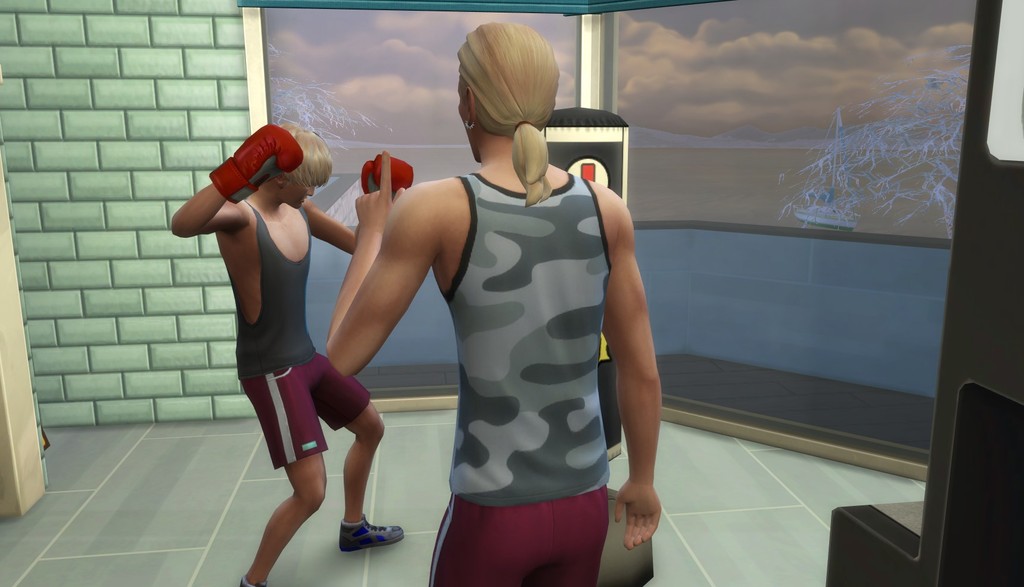 Jackson was pretty awkward with his movements. He didn’t get any of my athletic genes, but that was okay. He wasn’t going into the MMA. That was a forbidden subject in this house.

“That’s it. Great job, bud! You’re getting it!” I encouraged. “Doesn’t it feel good to box and let out all your frustrations?”

“Is that why you did the MMA, Dad? Because you were upset about your life?”
​ 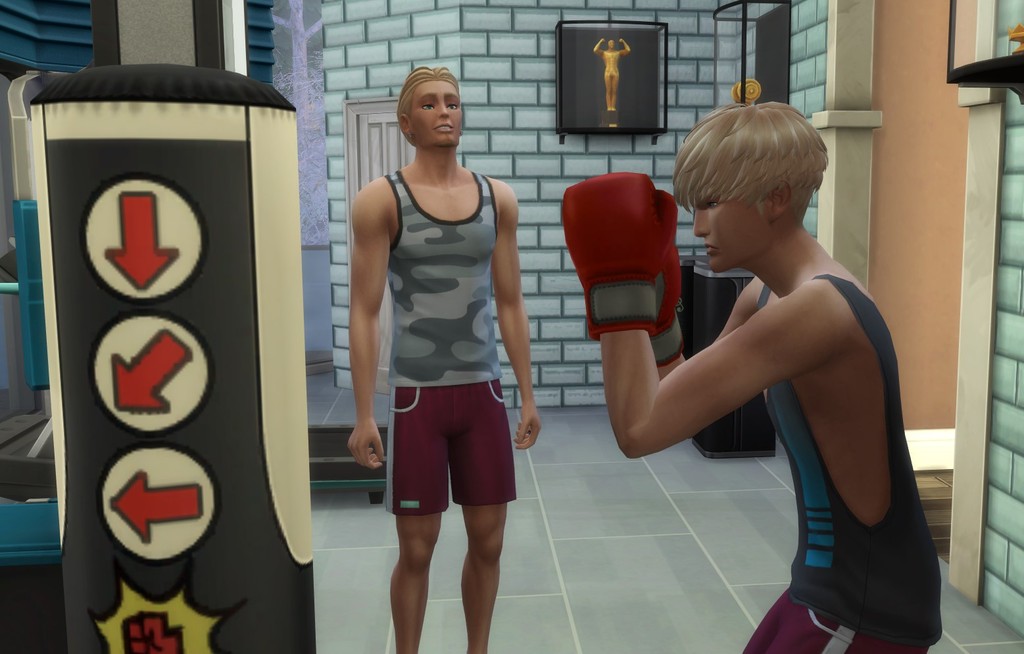 “Partly. And the other part was I liked to kick peoples’ asses and not get thrown in jail.”

That made him laugh.

“Are you upset about your life, Jackson?”

His eyes grew cold and he confessed, “Yeah...Ro’s mad at me. He won’t even take my calls. I really fucked up, Dad, and I don’t know what to do.” 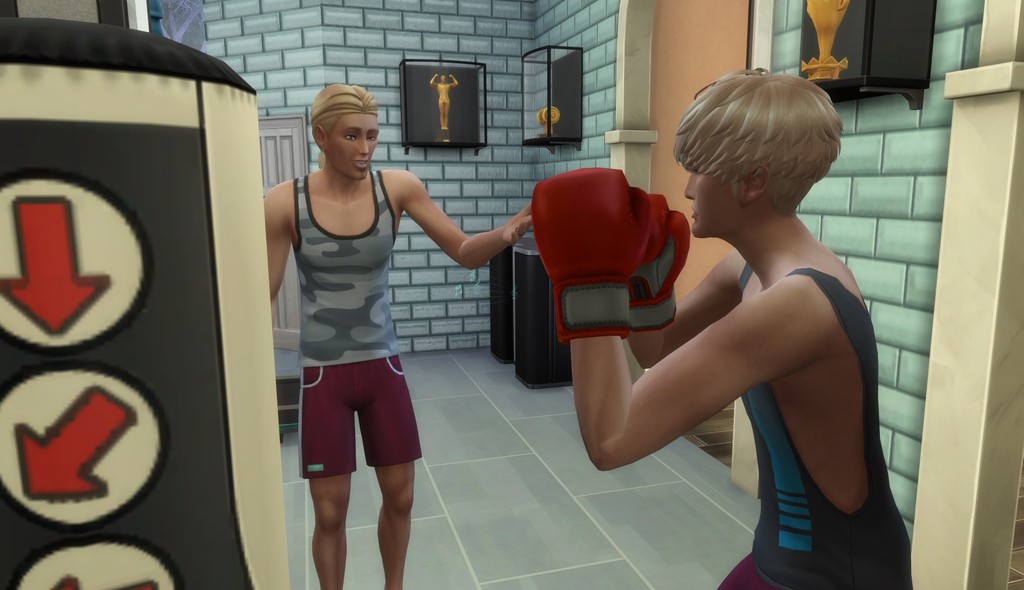 “Well...give him some space. I’ve noticed that if you let people have room to think about things, they’ll be quick to make up once they’ve calmed down. He’ll come to you, Jackson, when he’s ready. You’ve been friends for so many years. He wouldn’t throw you away because of one fight.”

Jackson nodded. “I guess you’re right. I just wish he’d get over it a little quicker. It’s been two days.”

“Send him a text and apologize. See if that works.”

“Sure, bud. Now let’s get back to the bag. I’m not done with you yet. I won’t be happy until you throw up.”

Just then, Knight’s angry voice sent knives through me. “Alex. What the hell?” 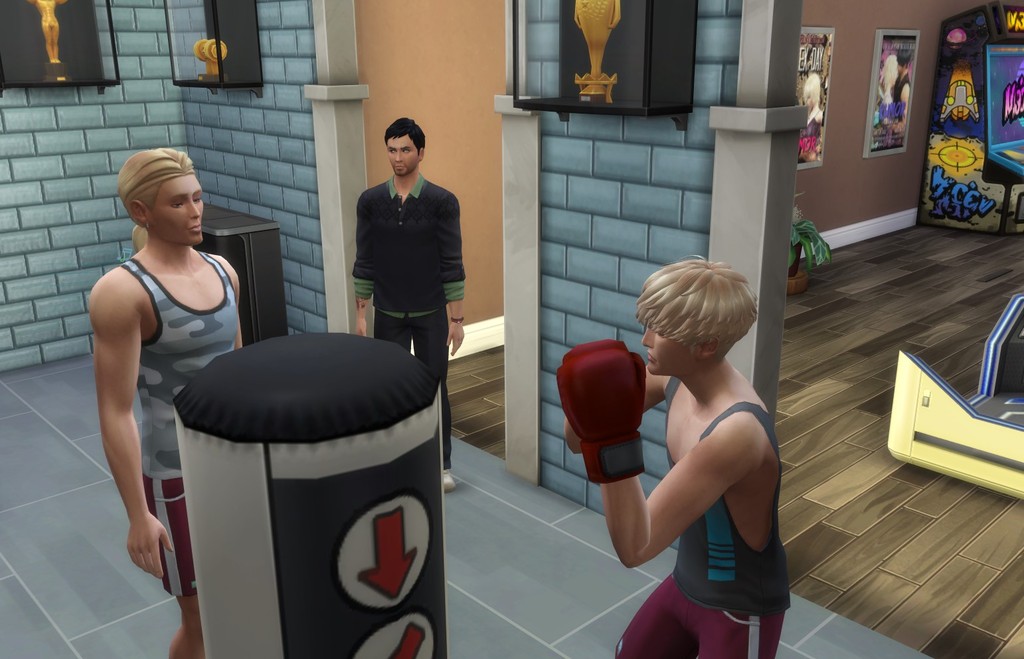