Mako and I were hanging out at my house, playing video games. My stomach was all tied up in knots because we were going to meet up with Van Gas, former front man of the legendary band, Phoenix, in a few weeks. She’d just told me they loved our sound and wanted to speak with us in person. He was now in charge of Starlight Records.

Looking at her watch, Mako said, “I’ve got to go. Have to study for that test in Physics.” She added after eyeing me up and down, “You know...you really need to get rid of this Dustin Jieber look you’ve got going on. It’s not going to sell us as a band to Starlight Records.”
​ 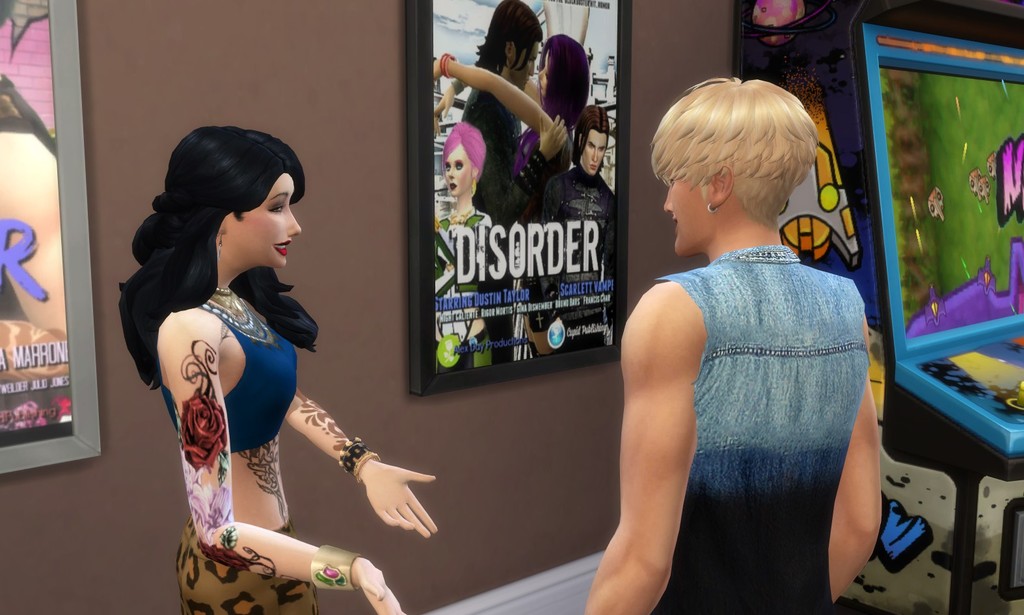 She laughed. “Sure, you’re cool for tweenie bopper bubble gum pop music, but we are a nu metal band, Jackson. That calls for a certain look. It’s time to change.”
​ 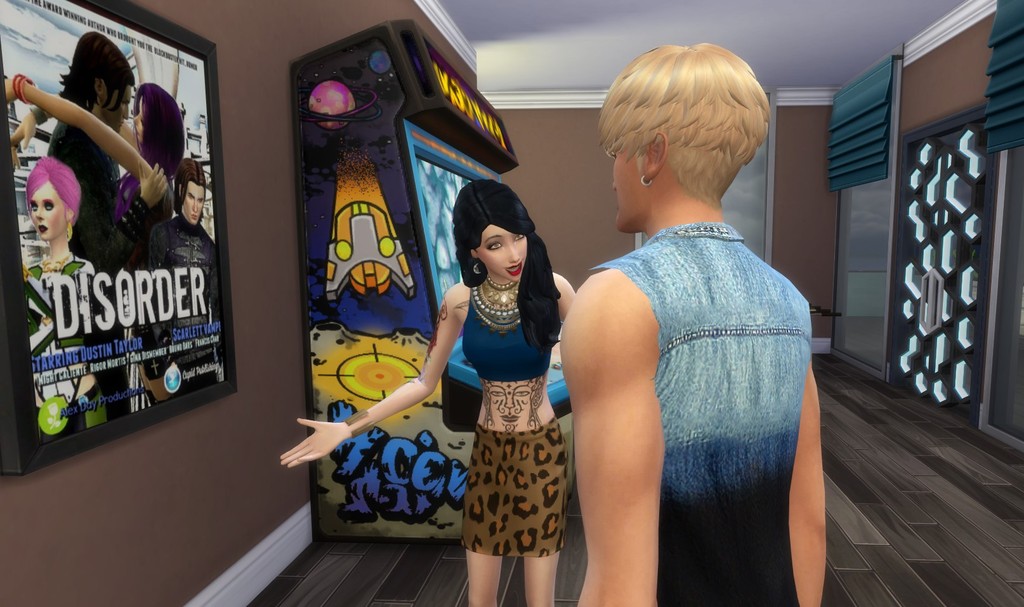 I glared. I knew where this conversation was headed. “I’m not going to get a bunch of freakish tattoos, Mako. I don’t want to carve up my body.”
​ 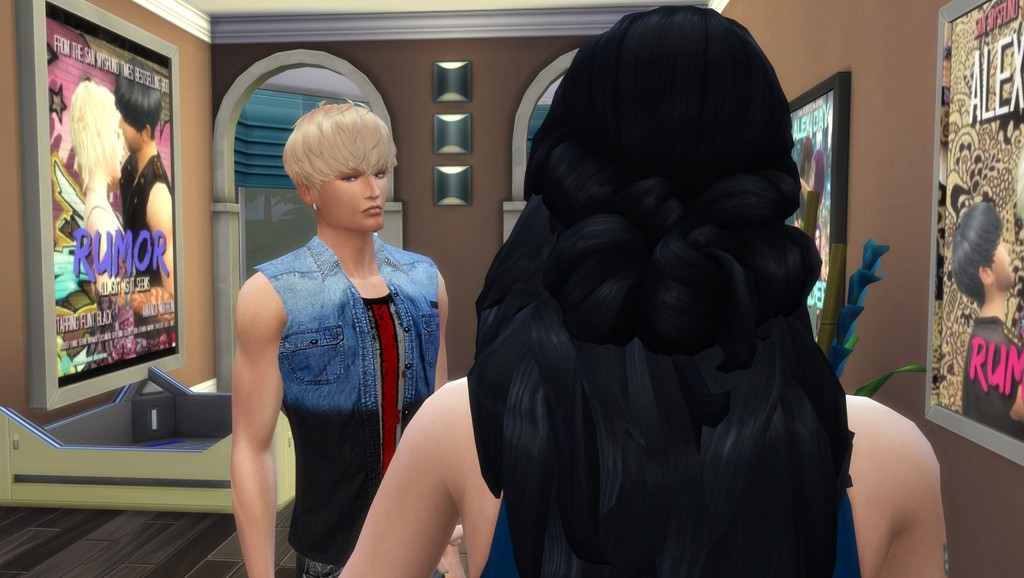 “Jackson, what’s wrong with a tattoo? Just a little one on your forearm. It would look kickass. And you definitely need a different haircut. I’m tired of the bangs. People should see your eyes.” 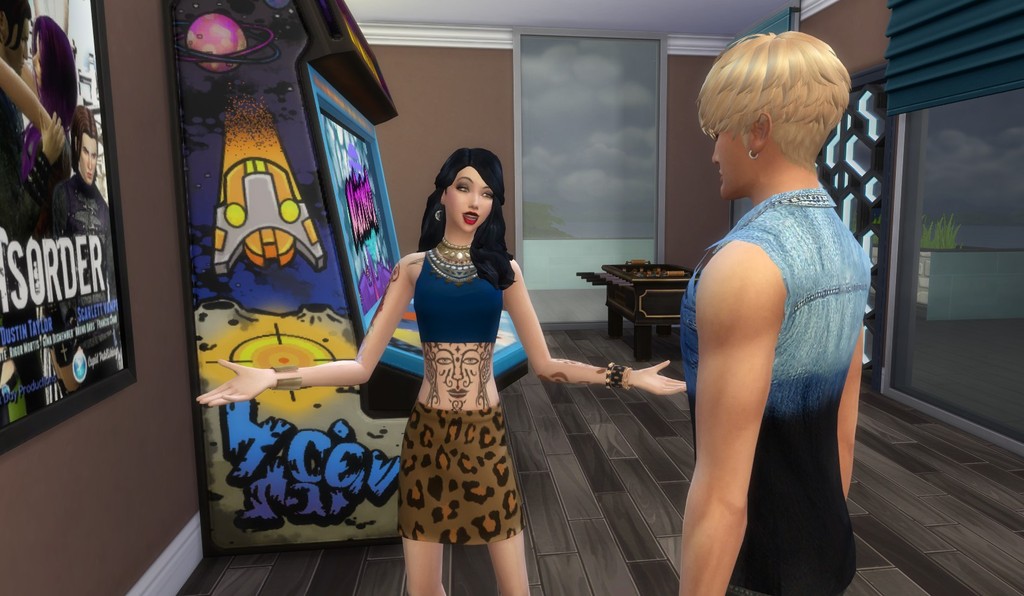 “You really think that’s going to make any difference to the producer? I mean, he liked our songs. Isn’t that enough?”
​ 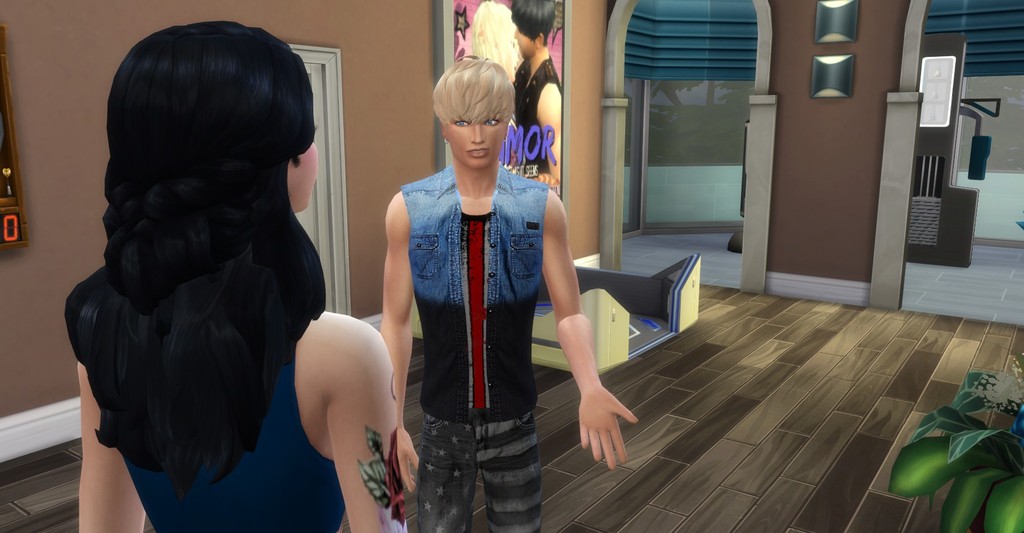 “Fine, Jackson, stay a suburban pretty boy, but I’m telling you we are up against two other bands for this slot. Honestly, are you going to throw it away because you don’t want to mess up your hairdo? Seriously!”
​ 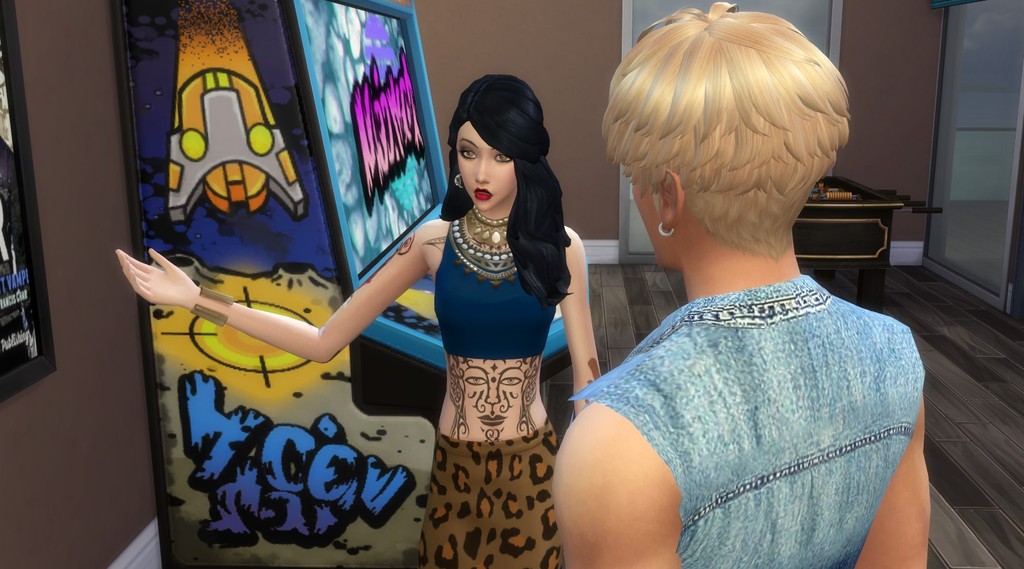 I scratched my chin. I never thought about it, but Mako was right. If we were going to sell ourselves as a rock band then we did need to look the part as well. “Okay. I’ll get one tattoo. Will that make you happy?”

Nodding, she said, “I’ll book us at my favorite place. I might as well get another one, too. And you can go to my hair salon. It’ll be a new you!”
​ 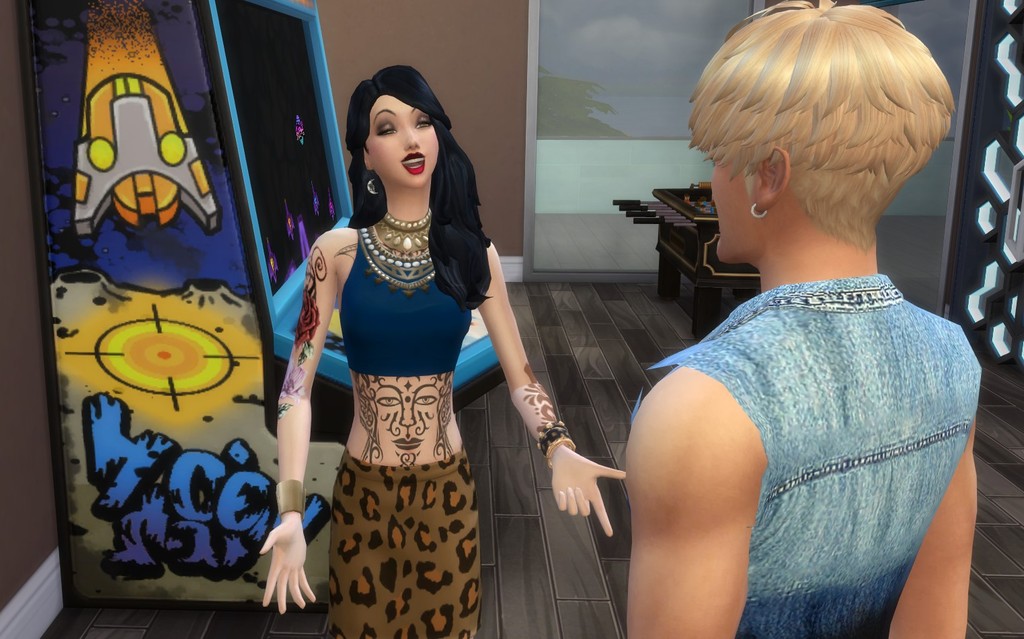 I shook my head. “You don’t have any landscape for the tattoo artist to work on, Mako. Where could you possibly put another one?”

Her lip curved into a twisted smile. “Wouldn’t you like to know?”

Over many days, I got my tattoos. Once the artist told me what he had in mind for me, I couldn’t say no. The tattoos were going to be sick. And he was the most amazing tattoo artist I’d ever seen. It cost a fortune, but I loved how it looked. I’d asked my fathers before I did it. They both agreed since I was eighteen now, I could do what I wanted. Pops warned me that tattoos were permanent. He often wished he hadn’t gotten so many over the years, but I always liked his tattoos. And besides, this was for my career.

When I went over to Winter's house, she totally hated them. And hated my hair.
​ 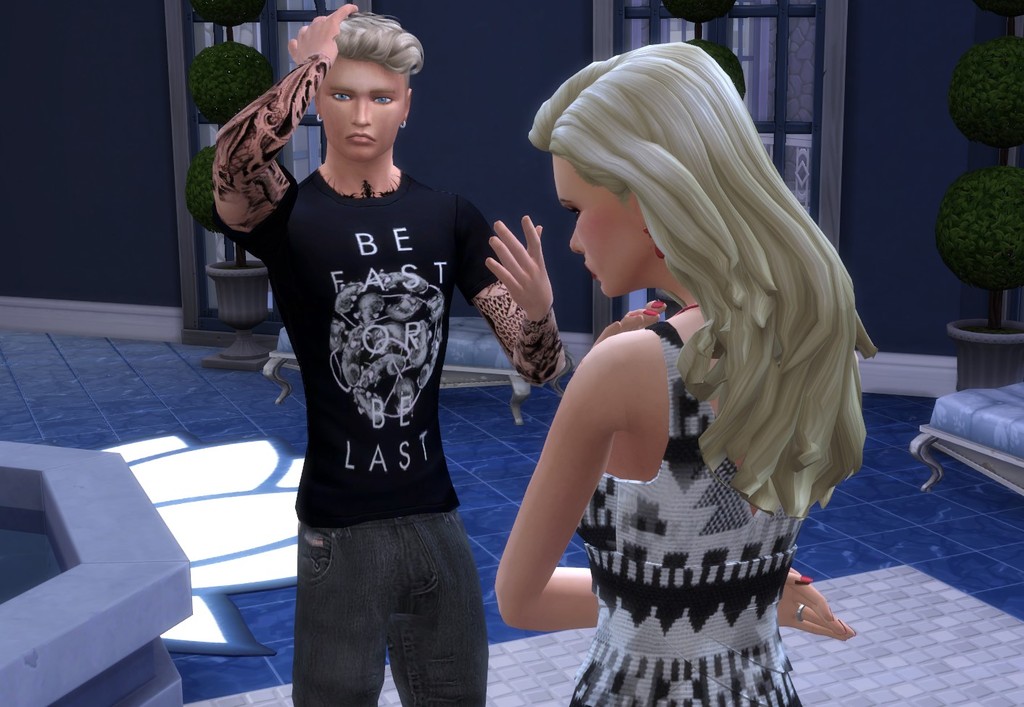 "I don't understand, Jackson," she said, looking like I'd just told her I was dying of cancer. "What the hell did you do to yourself?"

"They're inked. What's the big fucking deal? You're freaking out for nothing." 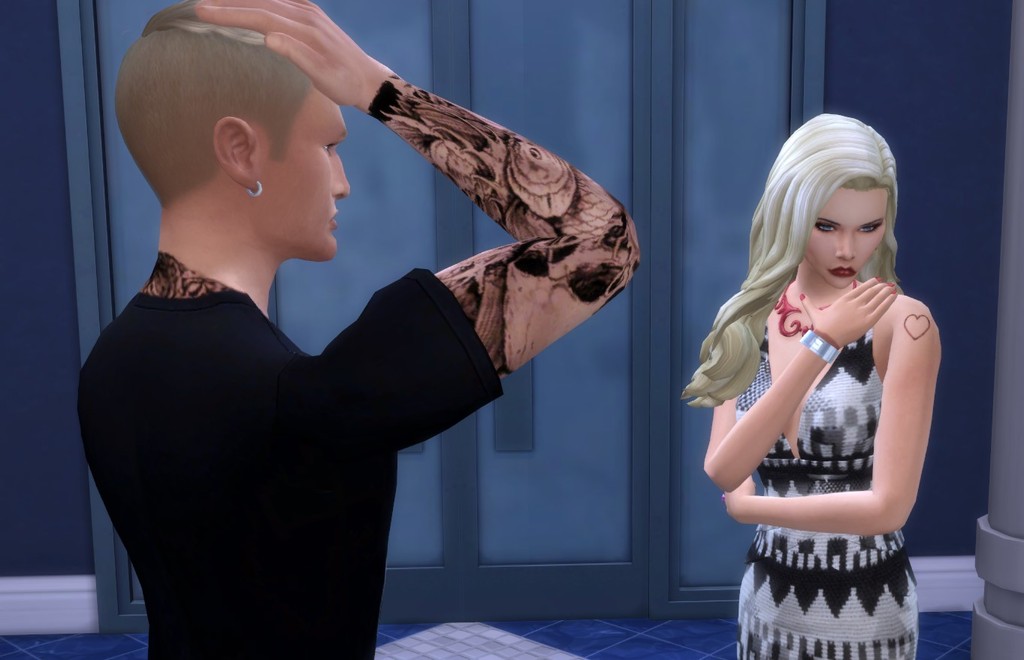 Squinting at me, she grabbed my face, pulling me toward her. "Hmm...well, at least I can see your gorgeous eyes better. I guess I could get used to it." 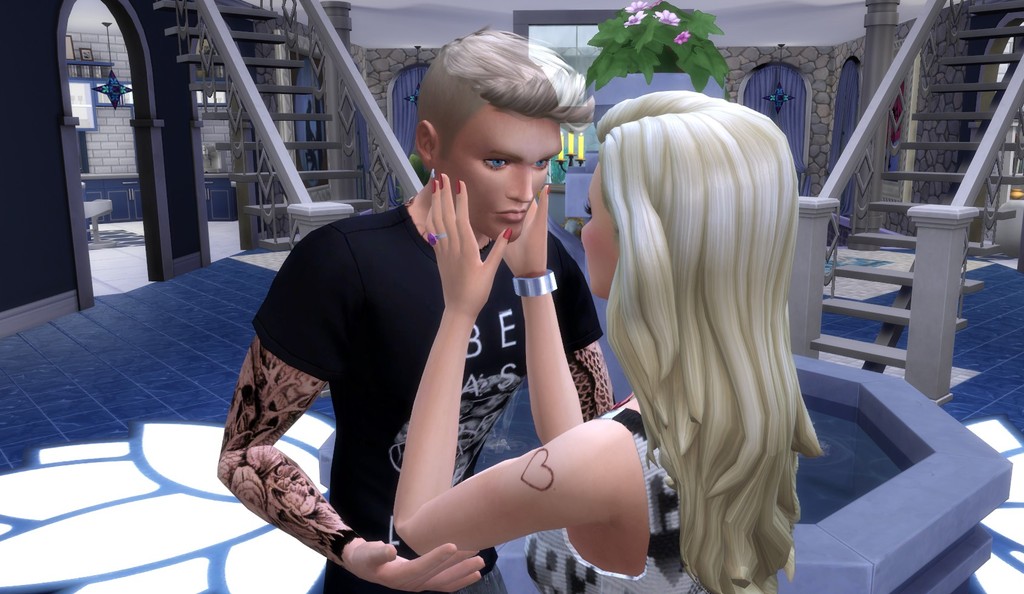 Draping my arms around her, I whispered, "Well, this hasn't changed." I laid a kiss on her so deep, it left us warm, flushed, and breathless.
​ 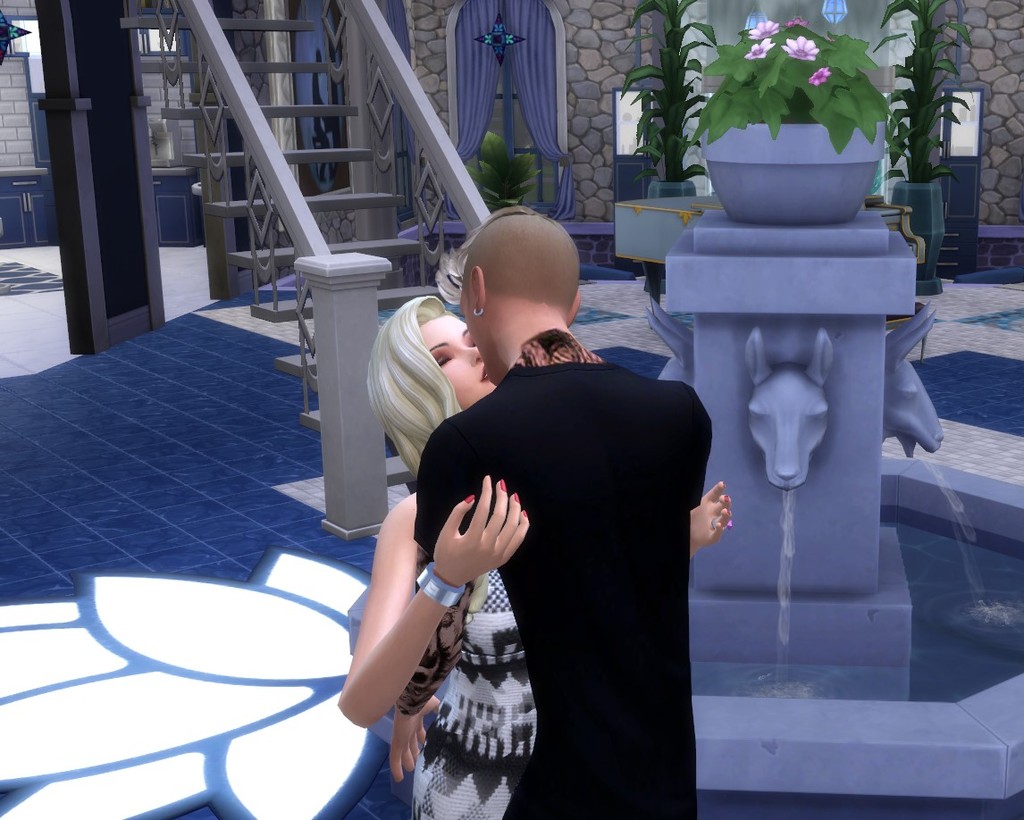 I didn't hear anything more about it.

Finally it was time for the meeting. Clarke, Mako and I arrived at Dump Towers where Van lived in his penthouse.

“Can you believe this, man?” Clarke asked. “We’re going to meet THE Van Gas. My stomach is about to explode, I’m so nervous.”

“Hey, dude,” I countered, “Don’t shit your pants. Then he really won’t sign us.” 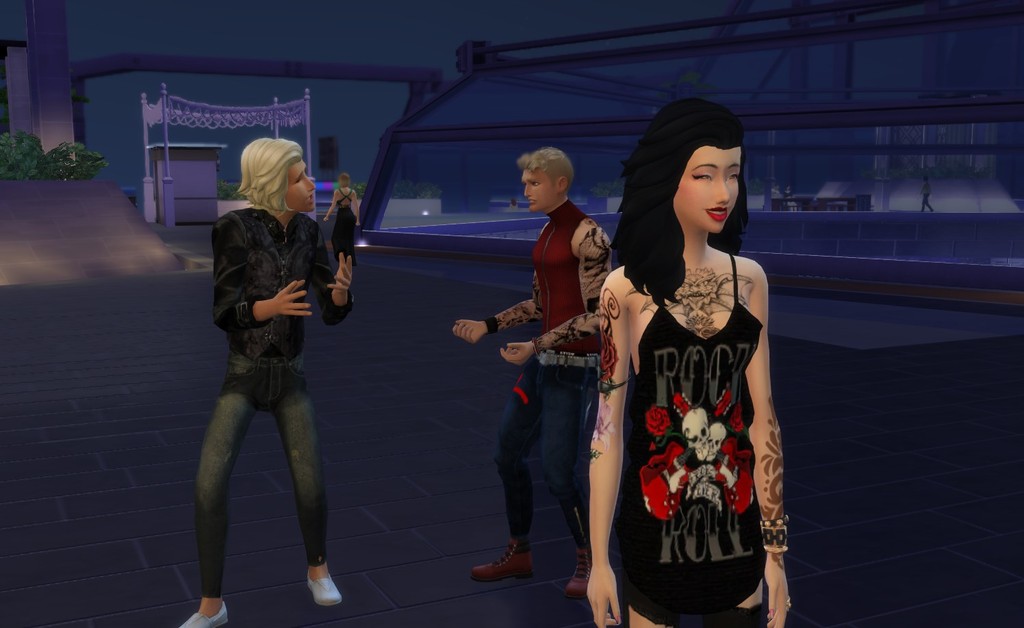 Van’s boyfriend let us in, saying we should wait a moment.
​ 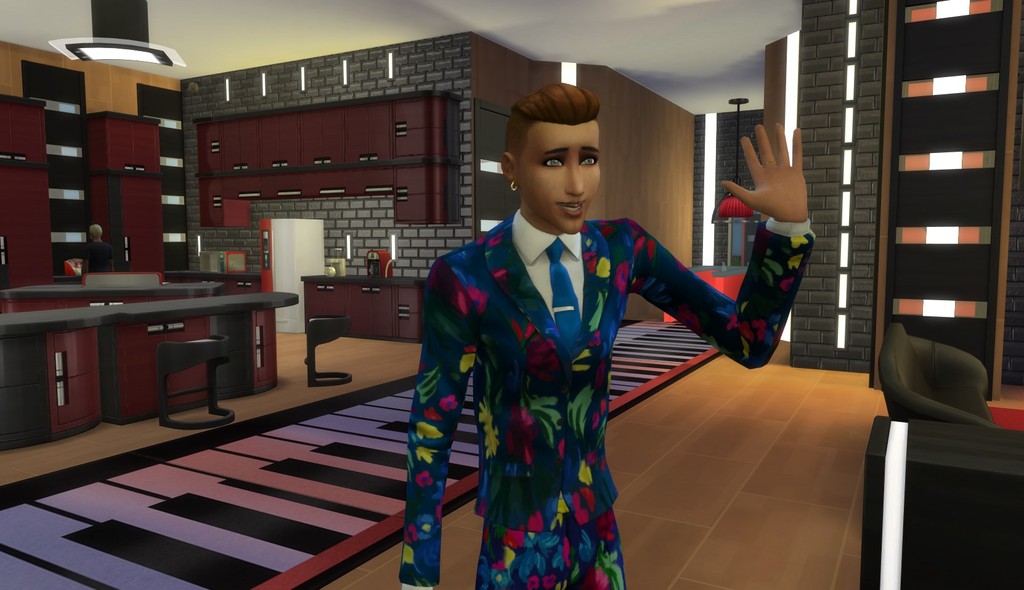 I couldn’t believe this place. Gold records covered the walls and the flooring looked like a huge piano. It was so awesome!
​ 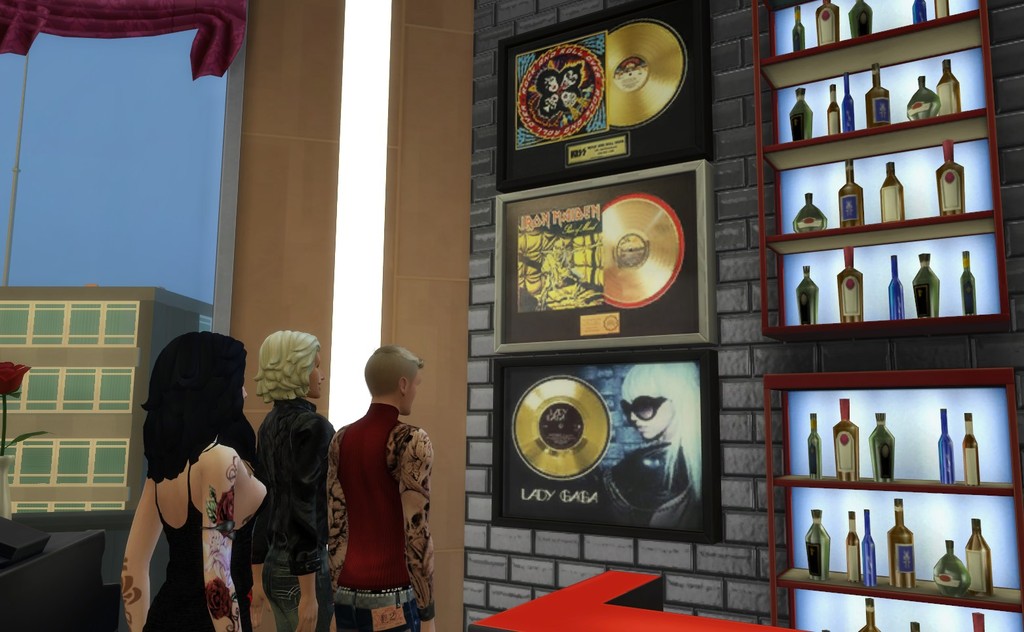 “Just think, dude,” Clarke said. “That could be us one day hanging on his wall.”

“Yeah, I know,” I said. “Hard to believe this is even happening.”

Mako chided, “Don’t get ahead of ourselves. We haven’t been offered the deal yet. Just let me do the talking.”

I sighed. Mako was great at business stuff. I didn’t like even having to deal with this side of things at all. I loved to write music, play instruments and sing. But it was huge having her as a part of our band. Without her, we’d still be playing in Clarke’s garage for his grandparents’ mice.
​ 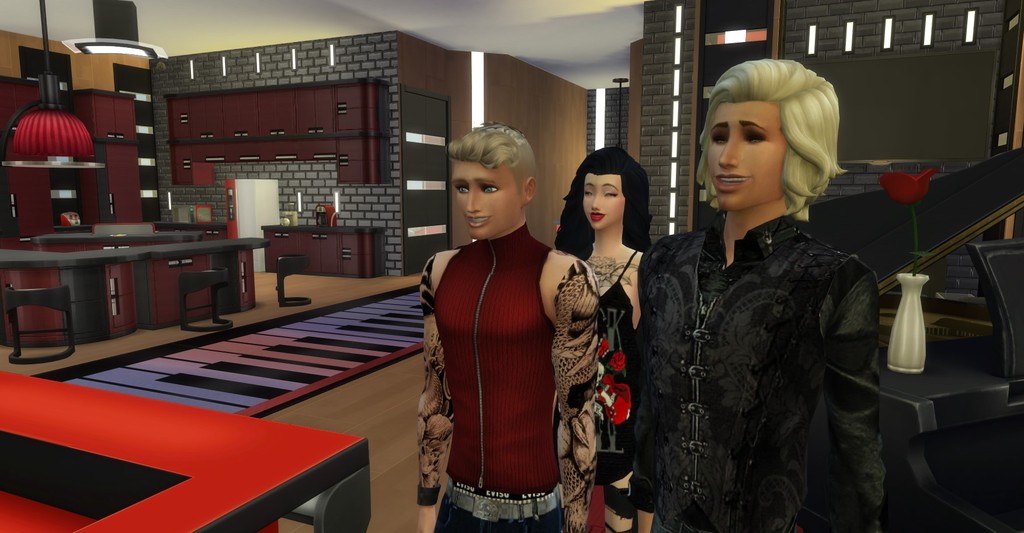 My heart pounded as we entered this rock star’s office. It blew me away. I felt as if I was someone else, living a dream.

“Hey, there,” Mr. Gas said in a raspy voice that probably came from smoking too many cigarettes and screaming out music for so long. “Have a seat. So glad you kids made it.”
​ 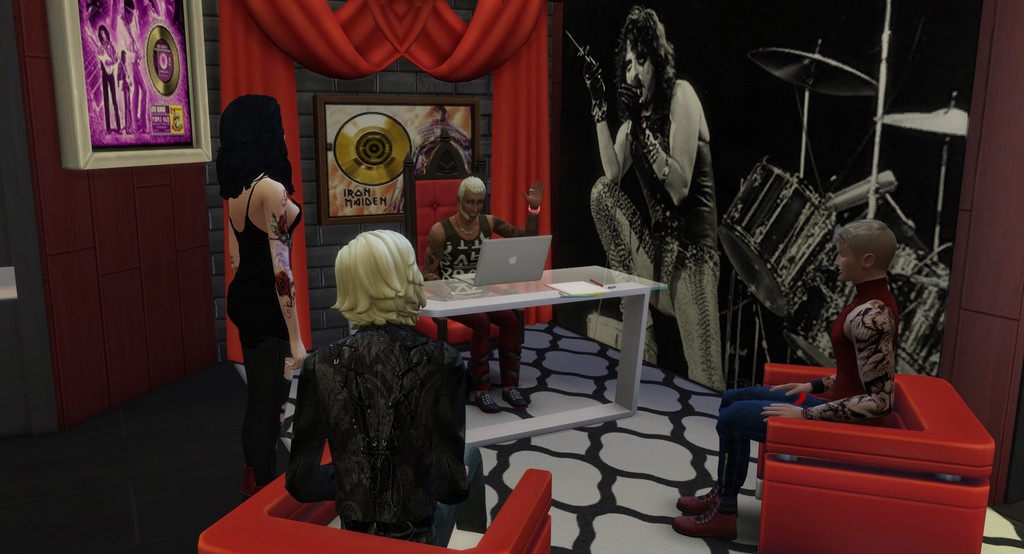 Mako answered, “They had other obligations, but I assure you, they are on board with whatever we decide. If you have contracts ready, I will take them to our drummer and keyboard artist to sign.”
​ 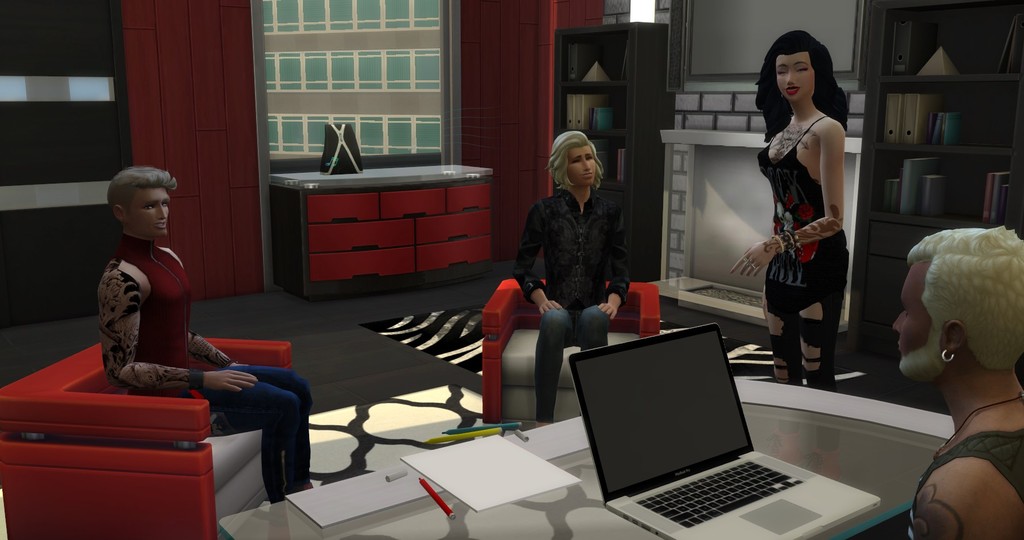 “Okay, well, I must say you really have this sweet rocker vibe going on. I’m pretty stoked about your sound, too. Especially your song Matchless. That is one sick ballad. Think it’ll hit the charts.”

“Really? We’re so happy to hear that, Mr. Gas,” Mako said. She was so good at sounding like a real professional.
​ 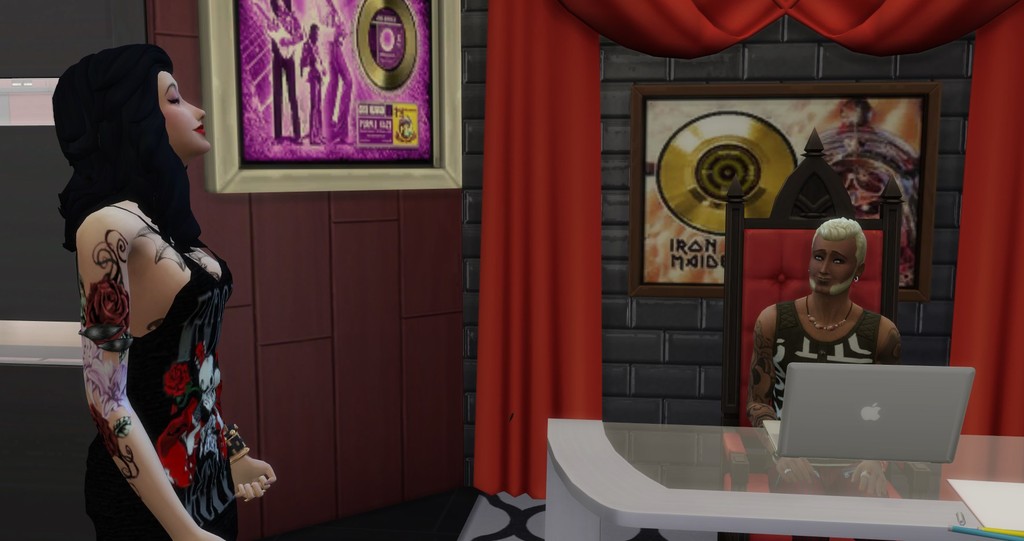 “Jackson, you wrote Matchless, right?” Mr. Gas asked. “What was your inspiration?”

I shrugged as my face warmed. “Um...I guess I haven’t had much luck in the romance department. Had a few break ups to deal with and that just came out of it.”
​ 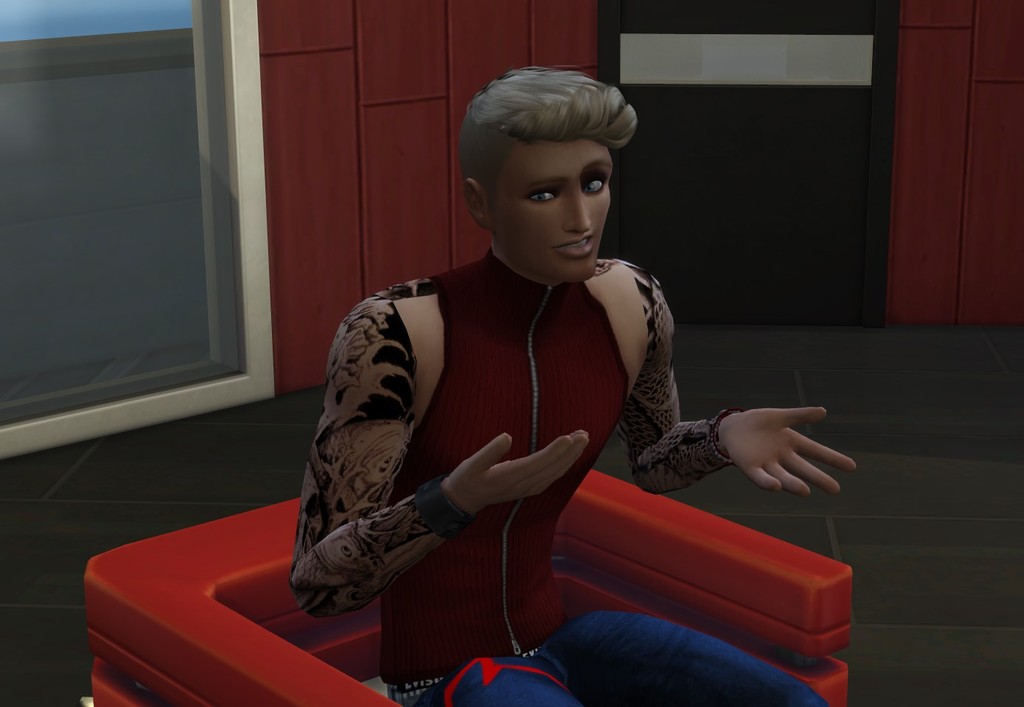 “Well, keep up the angst. I can’t wait to send you all out on tour. We have you lined up to open with the band, Depressed.”

My eyes popped. “Depressed? Really? They’re like my idols. Wow.” I couldn’t say anything else, I was so stunned. We were in!

“Now, all you need to do is sign these contracts and I’ll have everything set up for you. The tour starts in August and should run until the following March.” Shrugging, he added, “There will be a few weeks of downtime where you’ll be able to go home and rest, but Depressed likes it on the road, so you’ll need to make preparations. I’ll order up a bus for you at first, but with the advance I’m giving you, you’ll be able to buy one.”
​ 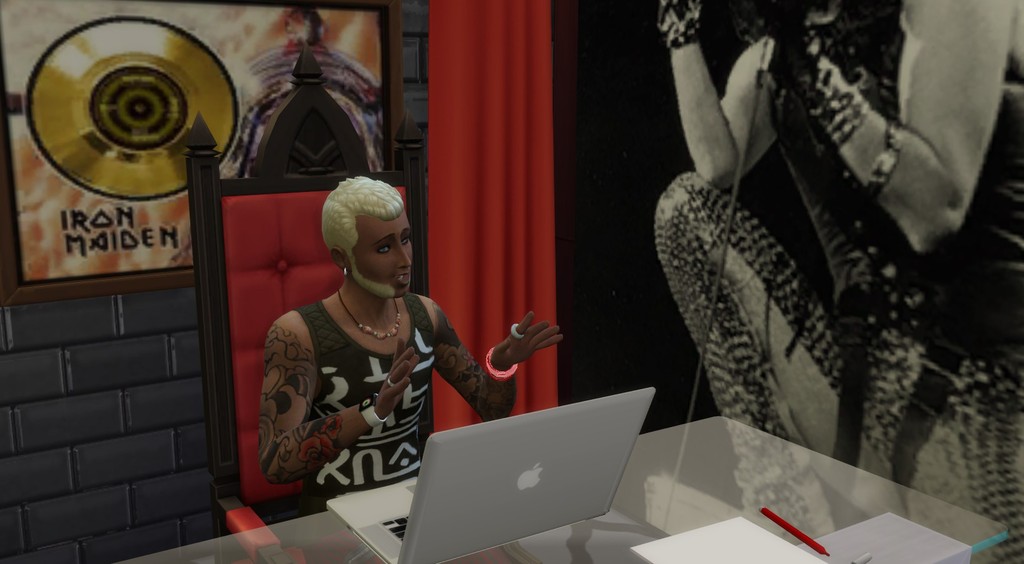 August through March? That meant my college plans would have to be put on hold. “Um...I didn’t realize it would be so long. I thought tours were only for a few weeks. And in the summer.”
​ 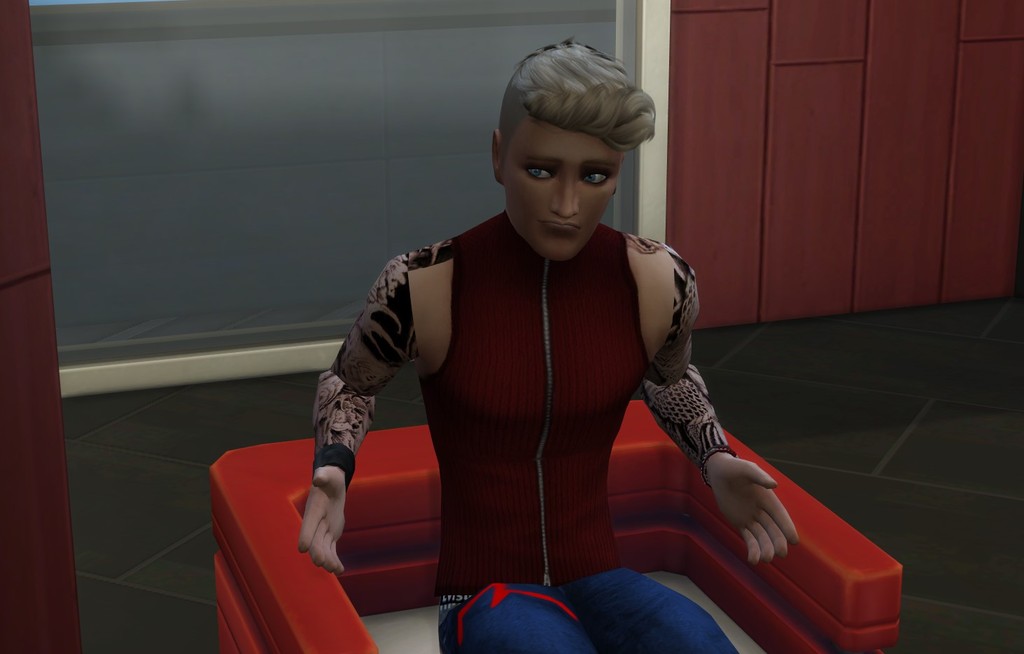 Flipping his hands, he said, “That’s the name of the beast, kid. If you don’t like it, you don’t have to do it. I’ve got fifteen other amazing bands I could sign.
​ 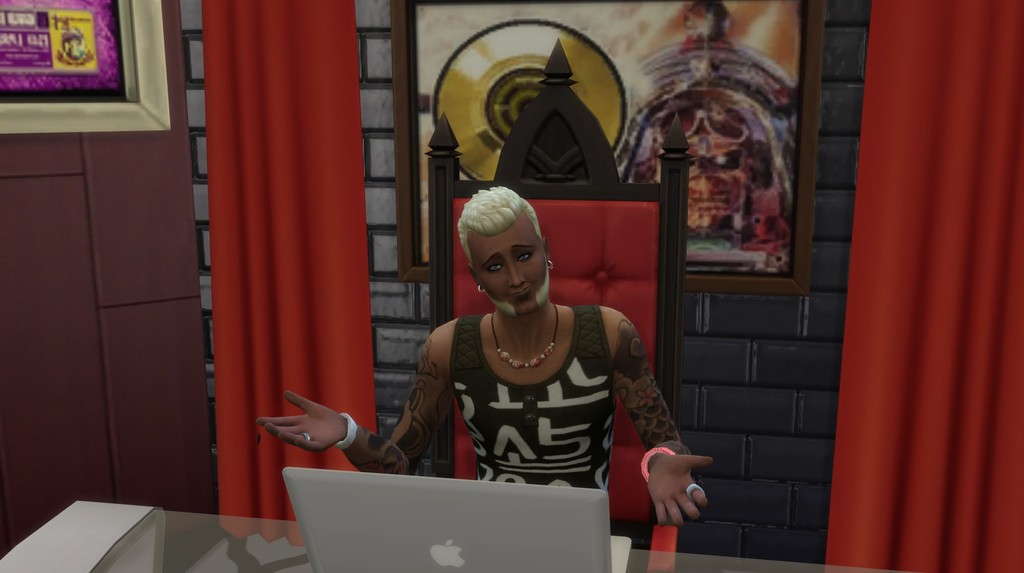 Closing my eyes, I felt my head nod. I had no clue what I was going to tell Winter. She will have my head and serve it up for dinner when she finds out.

Signing so many papers, I heard Van Gas say, “I remember when I got my first record deal. God, that was so many years ago. All I can say, kids, is you better be prepared. Your lives are about to change.”
​ 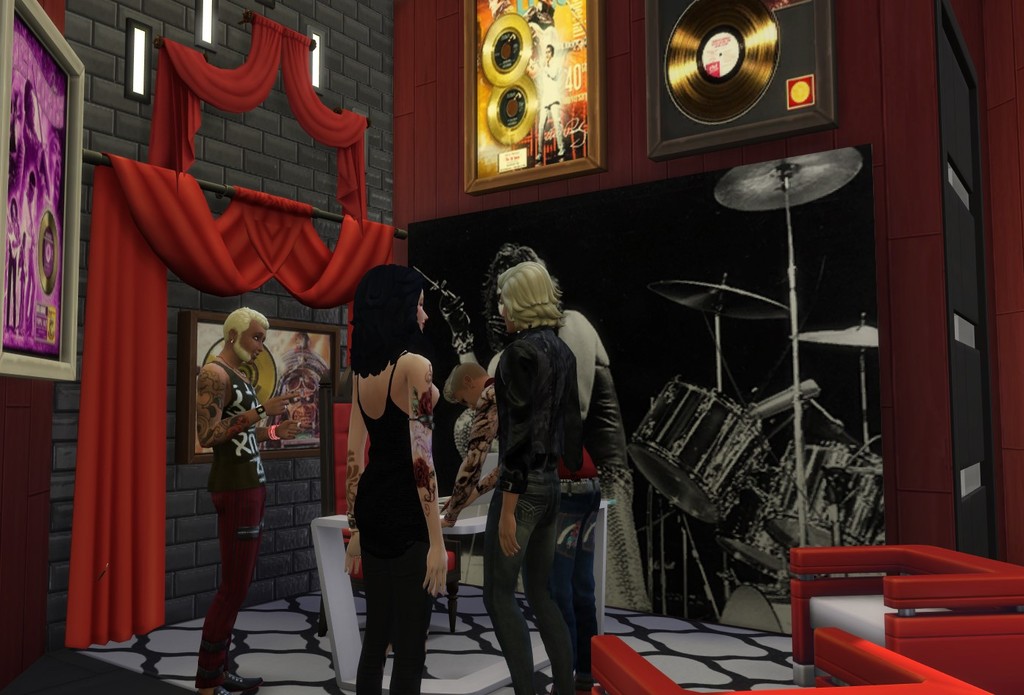 Author's note: If you like the rocker's penthouse, it's by RABOOSKI . You can download it here: PENDULUM PENTHOUSE

I was so happy to find all those gold records and rock wall hangings. They are by the amazing Munterbacon . If you like it, you may download it here: MUNTERBACON RECORDS

Winter's mansion is by RABOOSKI and you can download it here: Rabooski Estate