Sighing, I finished my drink, sipping the last drops of the volatile liquid. Before I could order another one, a deep voice startled me.

Glancing toward the voice, I saw a devilishly handsome face smiling at me.
​ 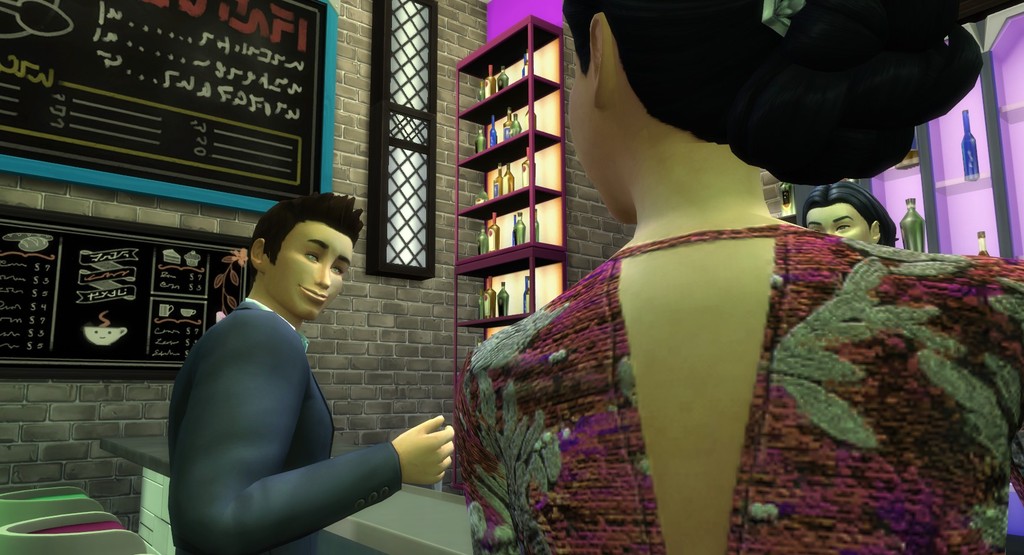 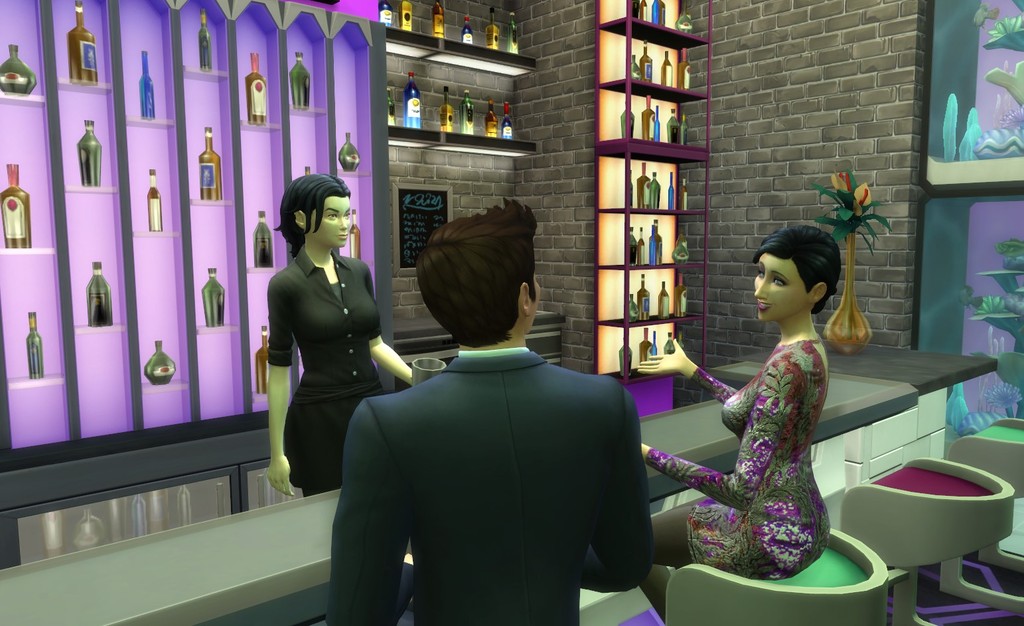 He didn’t know the half of it. But how could I tell a stranger in a bar that I had a hostage living in my basement? And not only that, but two of my father’s old henchmen are in charge of her. My mind rolled over and over how I could have been so stupid to get myself trapped in something like this, but how was I supposed to know that was how these type of men operated? I’d never been in charge of any underground network and dealing with Ronald Stump was just getting worse and worse.

At least the problem had been silenced but how could I keep her locked up forever? And if I released her, I was dead.

“Let me buy you the next one,” he said with an arch in his eyebrow. The guy was smooth.
​ 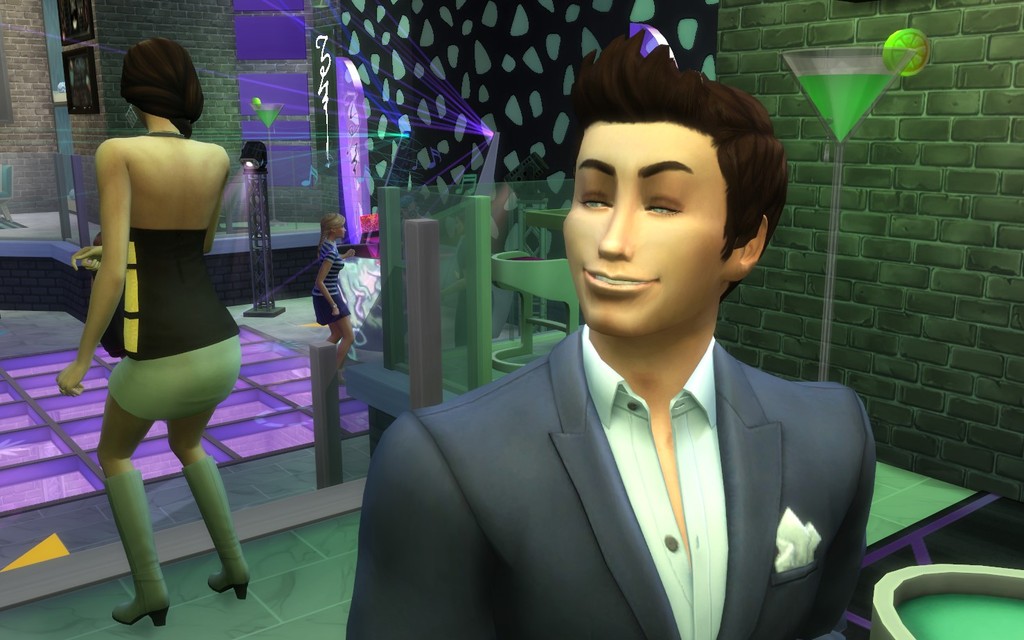 I arched mine back. “I don’t let strangers buy me drinks.”

He laughed. “Okay...my name is Preston Roy. I’m a corporate attorney, living in San Myshuno. I love pets, jets, and brunettes, and I came in here to meet up with a buddy of mine until I saw your gorgeous face. I won’t leave you alone until you allow me to buy you a drink.”
​ 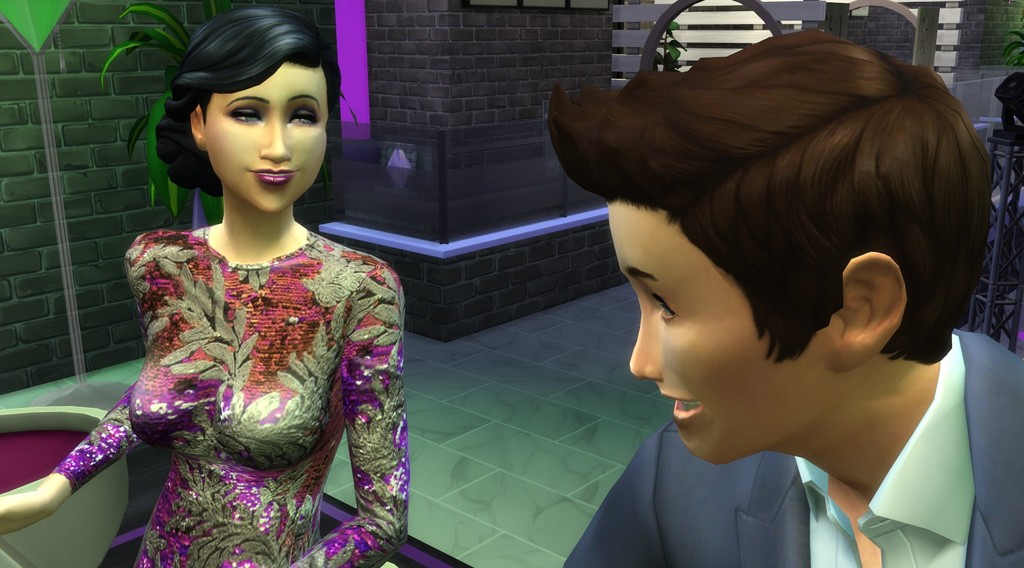 “Roy...I’ve heard of that name. You aren’t by any chance related to Jefferson Roy, the attorney general?”

“Guilty as charged. He’s my father.”

“Oh my gosh! My father was an old friend of his. Antonio Richardson. Did you know him?”
​ 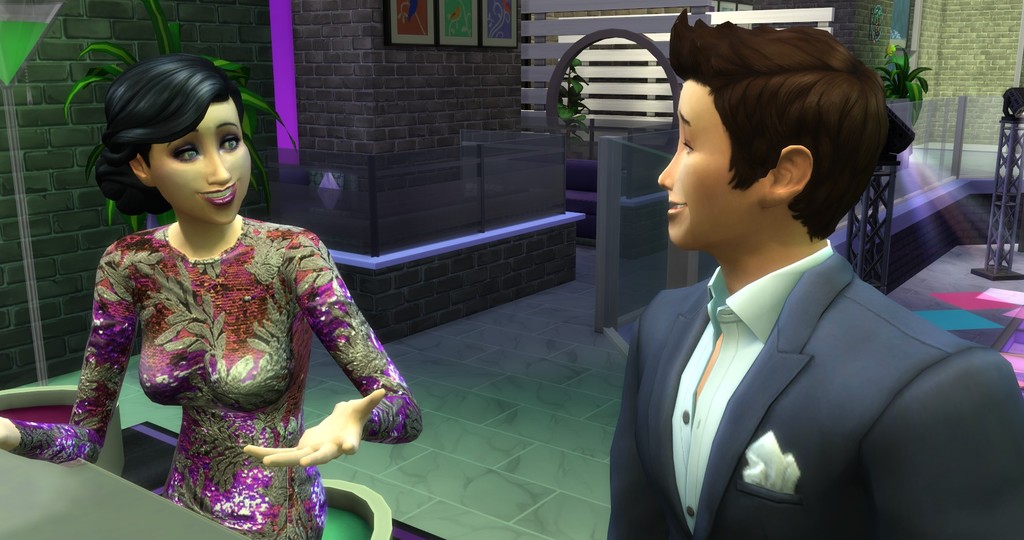 “Of course. I’d met the governor several times. I’m sorry for your loss, Miss Richardson. Your father was a great man.”

Hearing someone like Preston talk about my father put a bittersweet smile on my face. “Yes, he was. I miss him terribly.”

An uncomfortable silence shrouded us until he finally said, “So, now that we are acquaintances, what will you have?”

I was tired of fighting him and besides, I liked a man who knew what he wanted. He was making my crappy week a bit brighter. 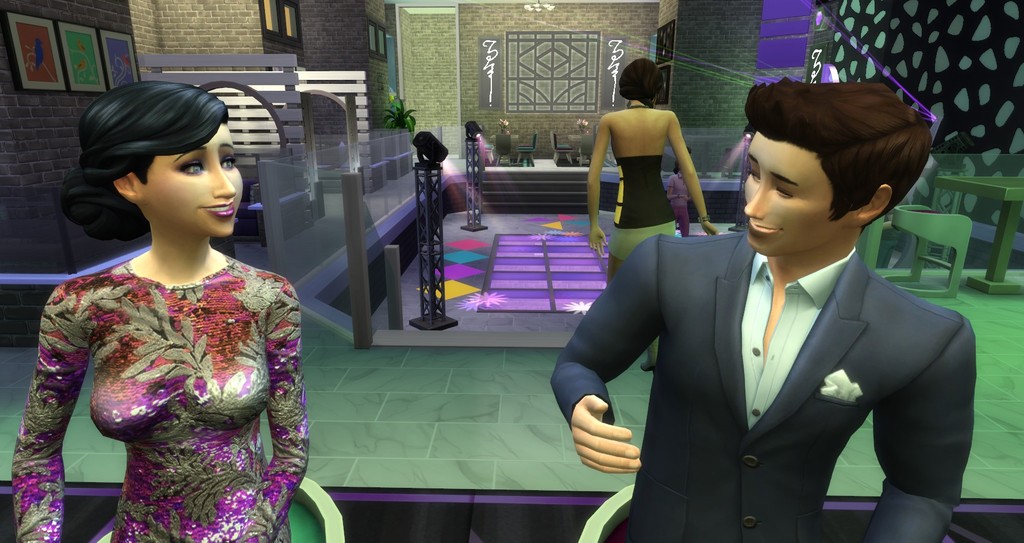 After Luci left the party, I tried calling her over and over for the rest of the night, but her phone went straight to voicemail. And then when she didn’t show up at school, I got worried.

Dialing up one of her roommates, Miko, I asked if Luci was around, thinking she might have lost her phone.
​ 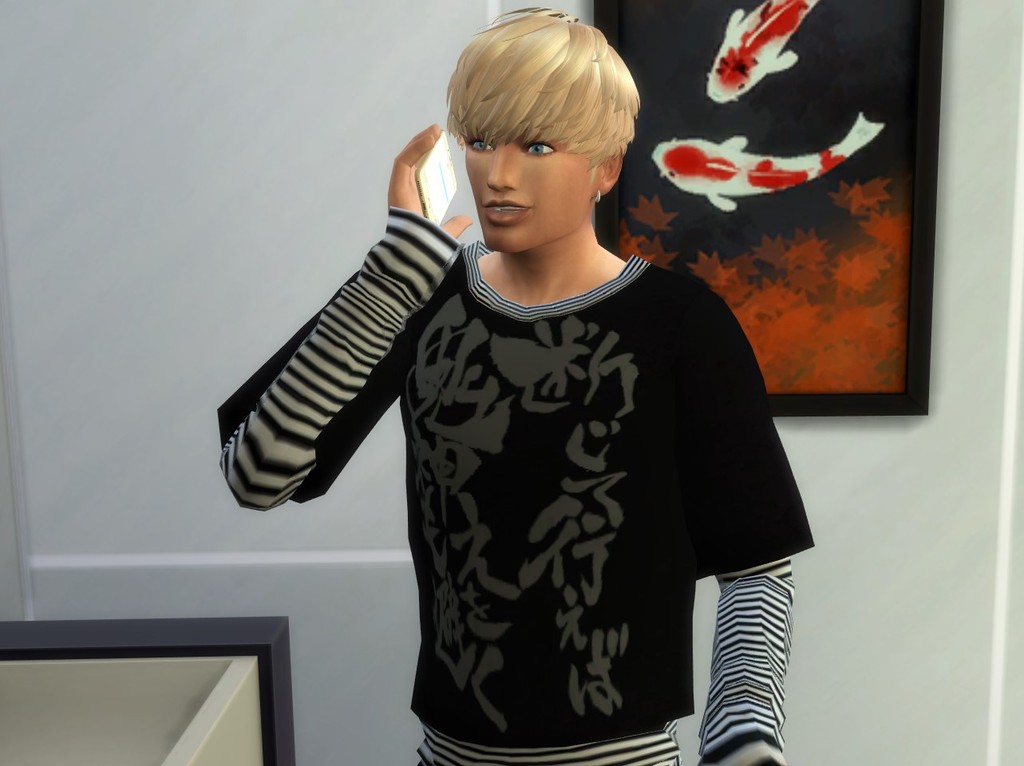 Miko said Luci had left a note saying she was visiting her parents in Windenburg and might not make it back before term was over but she’d get her things later. She also left a wad of cash to pay for her part of the rent for the next three months.

This punched me in the gut. I knew Luci was upset at the party. But it didn’t seem to be bad enough for her to suddenly leave for Windenburg.

I asked if Luci told them if anything had been bothering her or if she was mad at me, but Miko said she’d been acting just fine. She even told me that she’d been gushing about going to the party with me.

But then Miko said something that raised the hair on the back of my neck. She told me Luci did not bring her passport. Miko’d found it in her drawer where she always kept it about thirty minutes ago.

I almost yelled, “Did you call the police?”

“No...I thought maybe she didn’t need it. She has her other ID.”

“She’d have to have the passport to go overseas, Miko. Call the police!”

Miko assured me she would. I almost threw the phone, I was so mad Miko could be such an idiot.

Blood rushing out of my head, I whispered, “What the hell happened, Luci?” 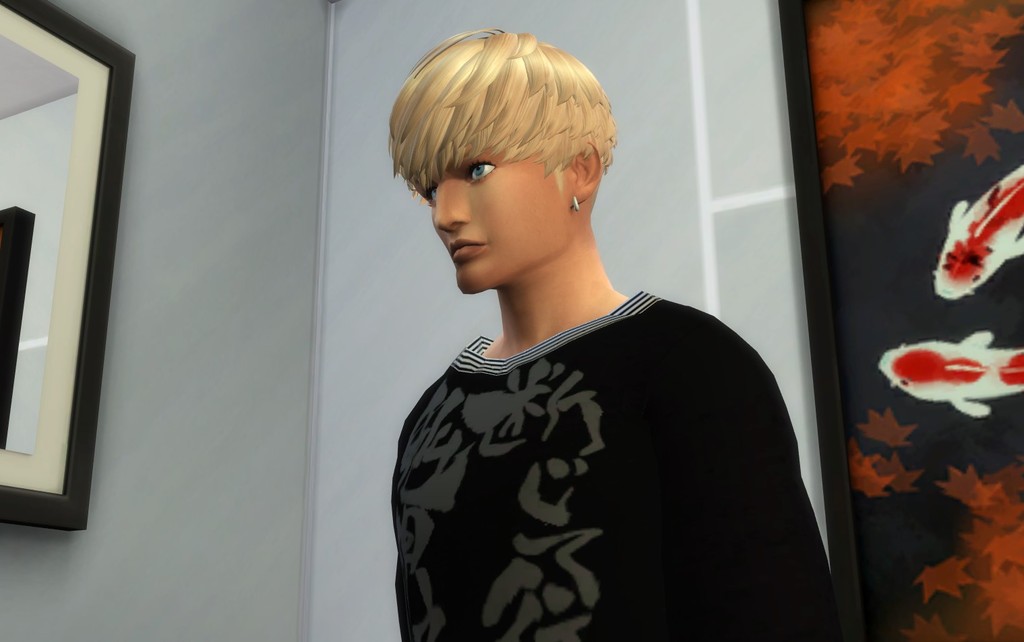 There was one thing I could do. I needed to talk to my dad. He for sure could help.

But I couldn’t find him in the house. Only Pops seemed to be around. “Pops, where’s Dad? I need to talk to him.” 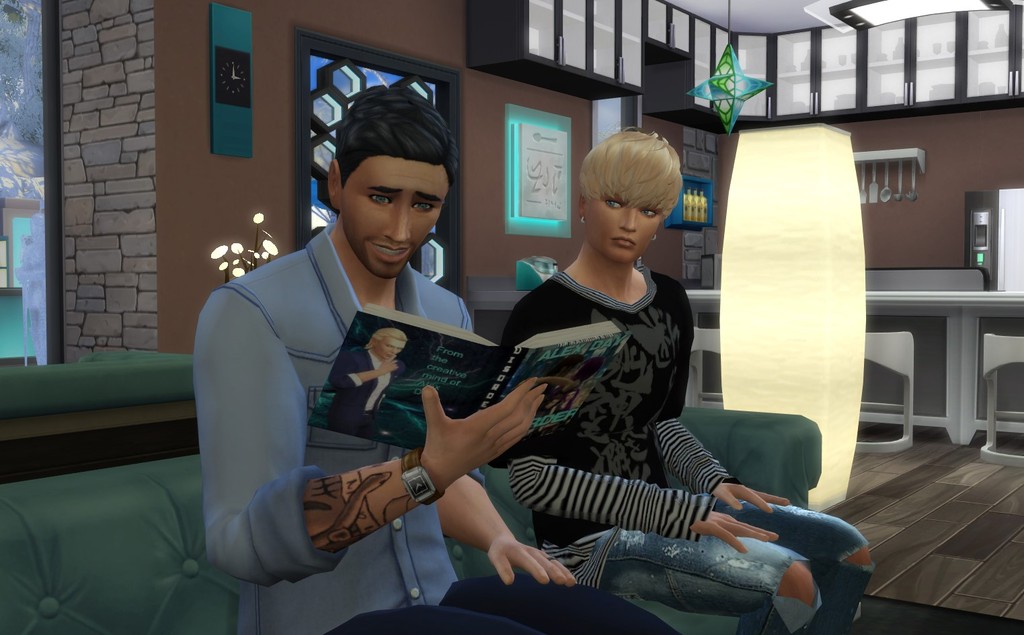 “Damn,” I cursed under my breath.

Putting away the book, Pops asked, “What’s wrong, son? Maybe I can help?”

Pops didn’t know one thing about police stuff and hated it whenever Dad and I talked about the old days when he’d done undercover work for Grandpops. That was when they’d broken up after all. I knew the memories hurt him badly. No way was I going to dig up those old wounds.
​ 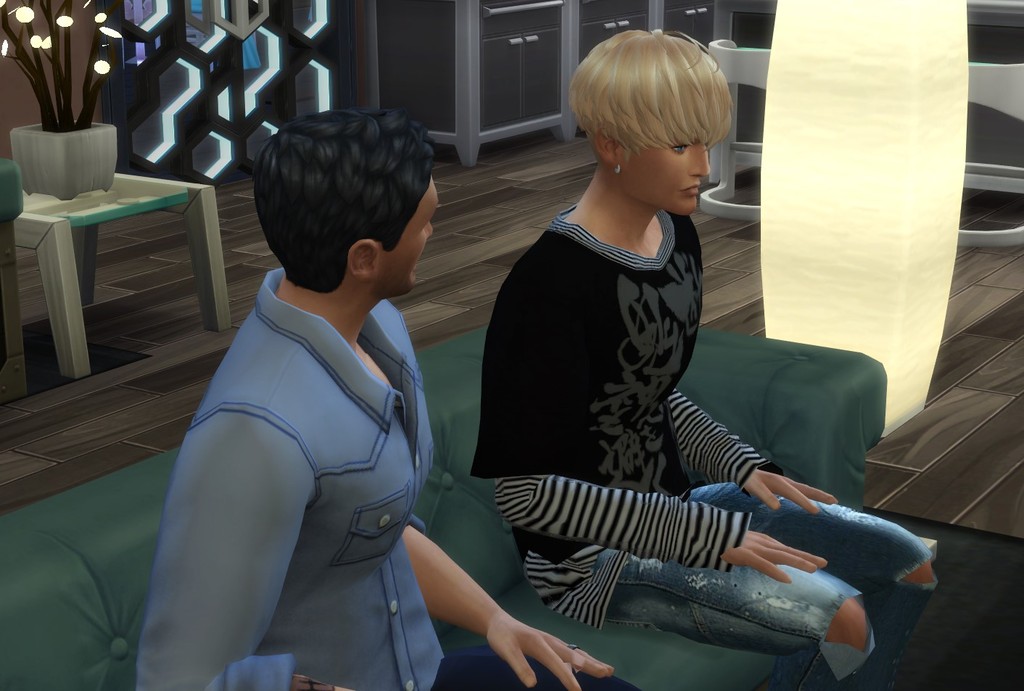 ​But something inside me worried for Luci’s safety. She was always protesting something, but lately, she’d been really after Lana. And with the investigation that Winter showed me, it was enough to bring her down. Would Lana do something bad to Luci? To shut her up? She was the reason Lana looked bad in the press these days. And I knew my aunt was doing some shady stuff. Enough to go to jail.

“Pops, a girl in our school went missing. She was the one I went on that protest with against Lana. Do you think Lana might have something to do with it? Should I tell the police?”
​ 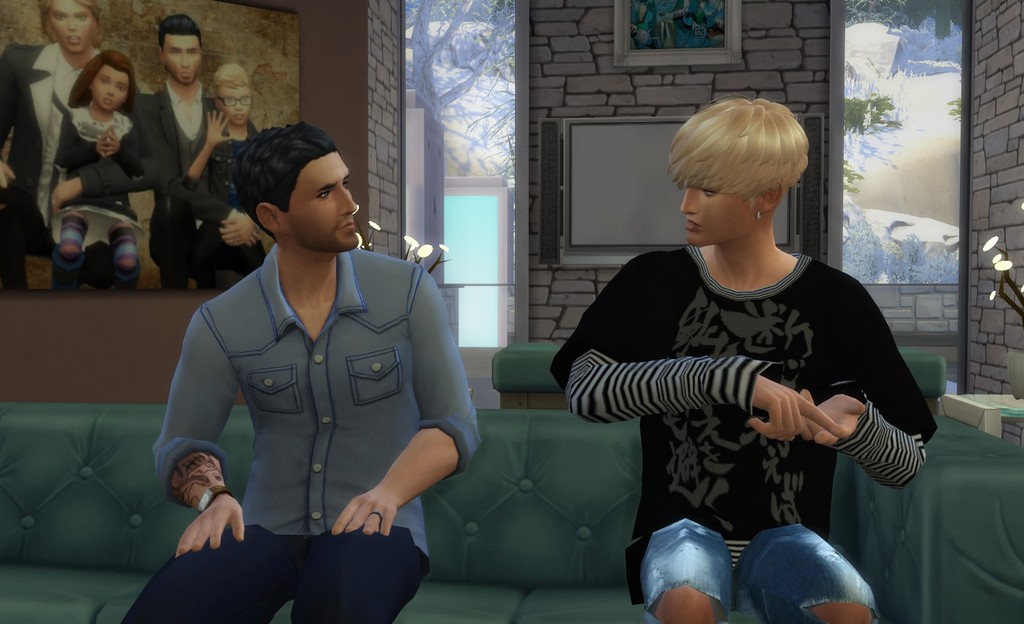 Pops laughed. “Sounds like you’ve been watching too many crime movies, son. Lana would never do anything to hurt someone. I know my sister. She might be a little more motivated than the average person in ambition, but she’d never do something that despicable. How long has this girl been missing? Do her parents know?”
​ 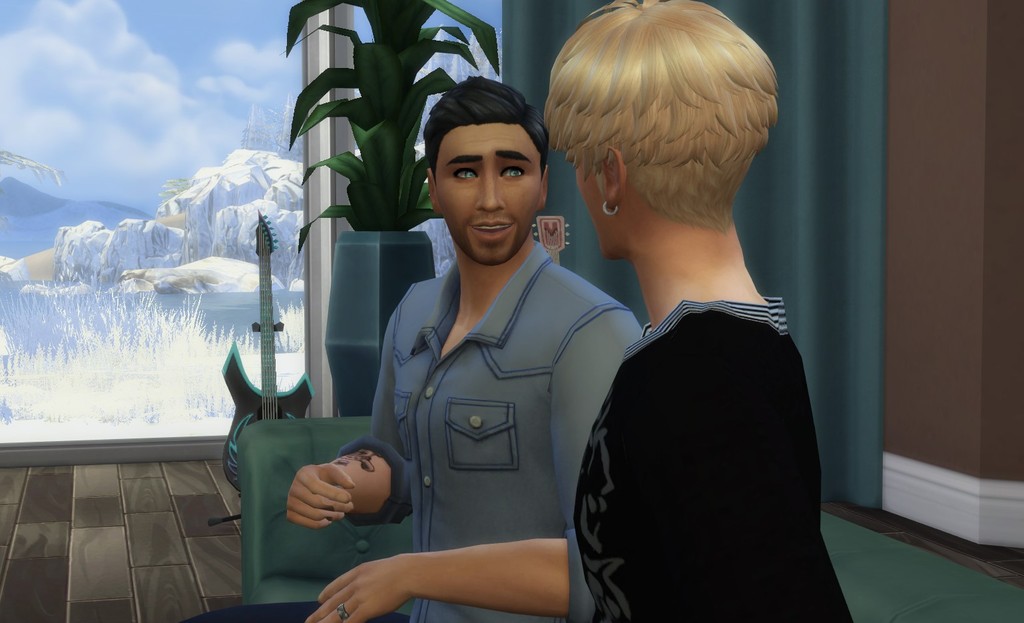 I shrugged. “I don’t know about her parents. She’s from Windenburg and is here as an exchange student. She left a note that she was going home but her roommate just found her passport. It’s weird. She’d never just up and leave for Windenburg without telling anyone.”
​ 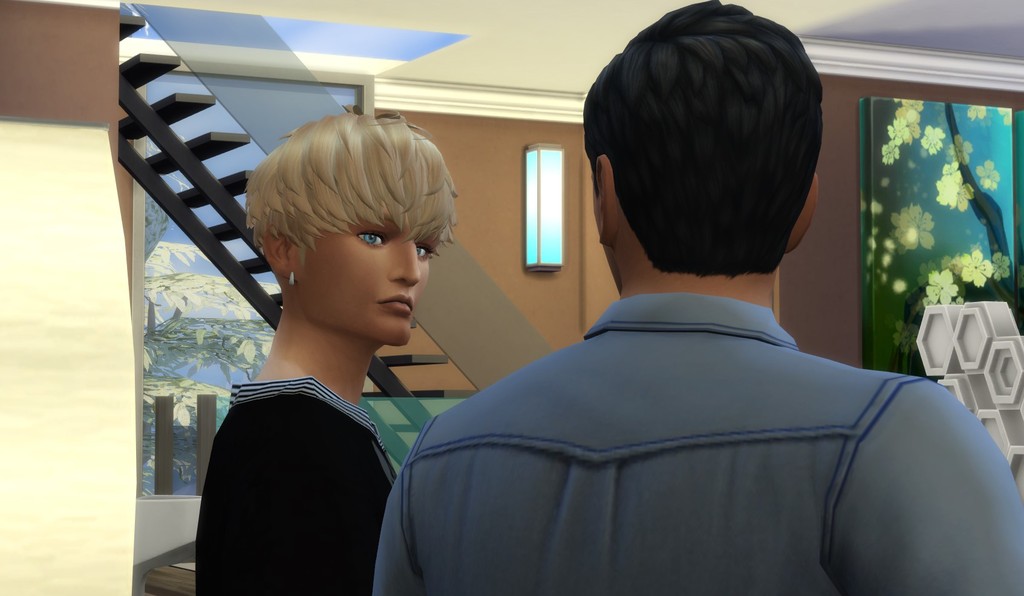 There was a lot I didn’t know about Luci, so I decided to pay a visit to her apartment. I wanted more answers and maybe I could help the police search for her.

Luci’s roommates knew nothing more but they gave me the number of the investigator at Newcrest PD assigned to her case.

That’s where I’d go next.

Not only did Preston Roy become my acquaintance, but one thing led to another and the next thing I knew, we'd spent the week together either at my place or his. Slowly, I hid safely from my troubles in his arms. But as the days progressed, I felt a growing weight getting heavier and heavier, almost suffocating me.

I shook my head. I couldn’t tell him anything. What would he think? As the days went on, I could see my police rap sheet getting longer. It was only a matter of time until someone caught me.
​ 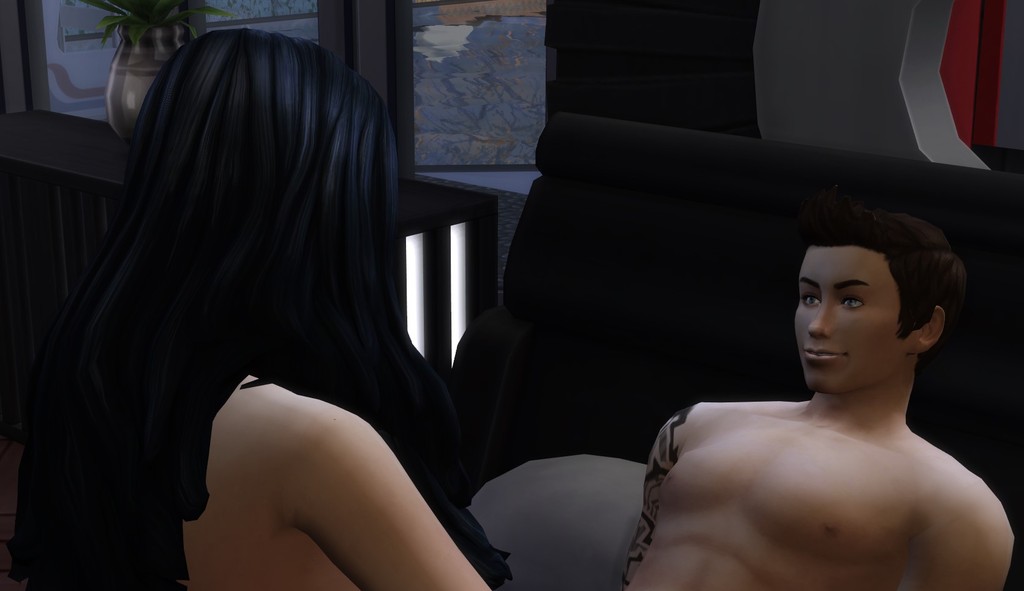 Pulling me toward him, he wrapped his arm around me and said, “I’m a good listener, you know. For what it’s worth, I know you’ve been having trouble in the press. Is that it?”

I nodded and then like a tidal wave that wouldn’t stop, I unloaded everything—the legacy, Ronald’s pressure, my hiring those dumb thugs, all of it, hoping he wouldn’t turn me in or call me an evil witch or a whole host of horrible things that could happen to me by sharing a secret like that. But instead, all he did was say, “Well, babe, it looks like you need a good lawyer...lucky for you, he's very smart.”
​ 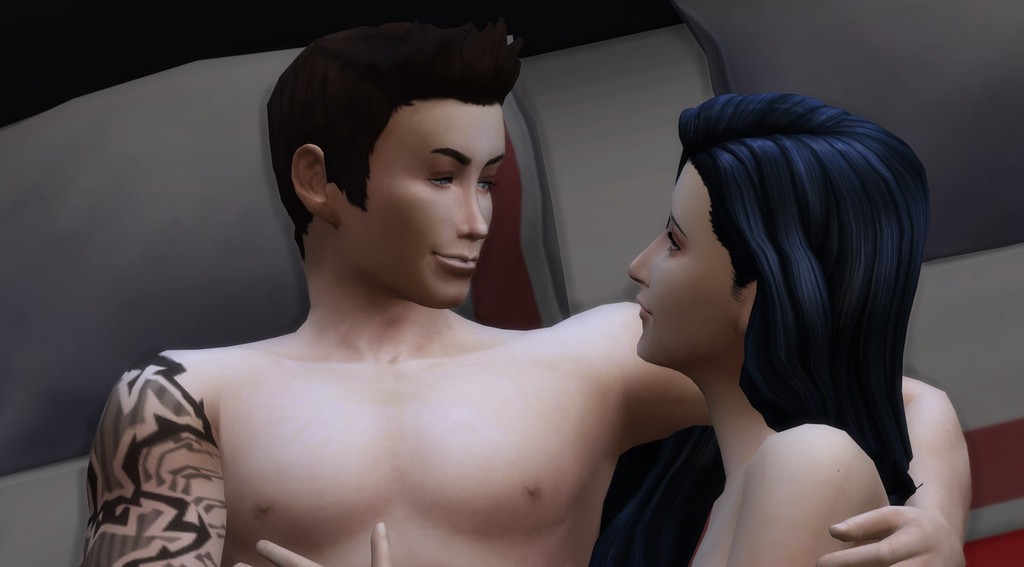 Snuggling into him, I kissed him. "Smart enough to dig me out of this mess?"
​ 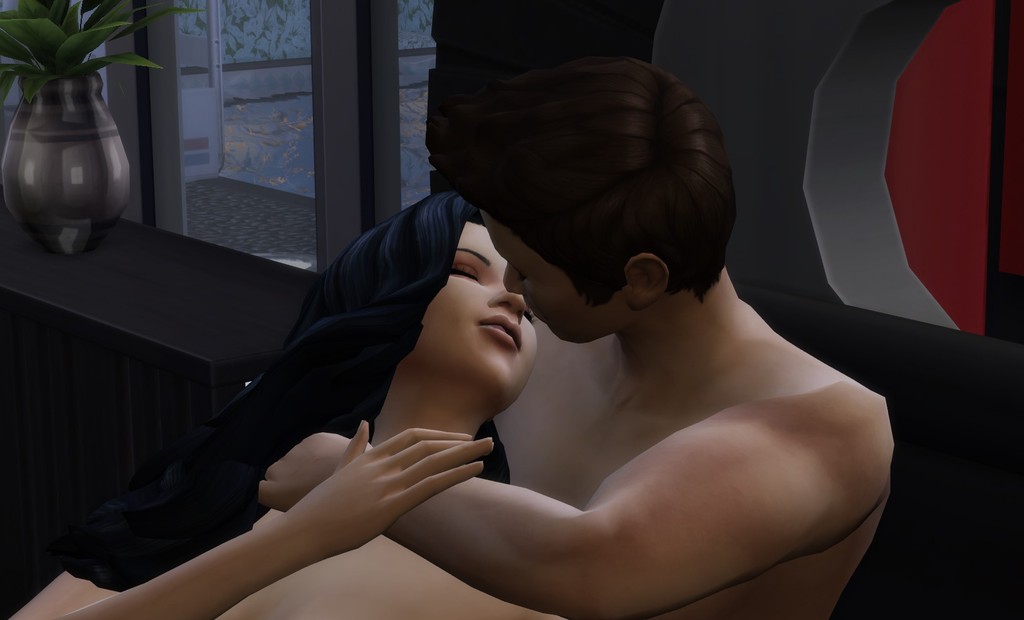 "Smart enough to catch the rats around you. Sounds like you're swimming in them."
​ 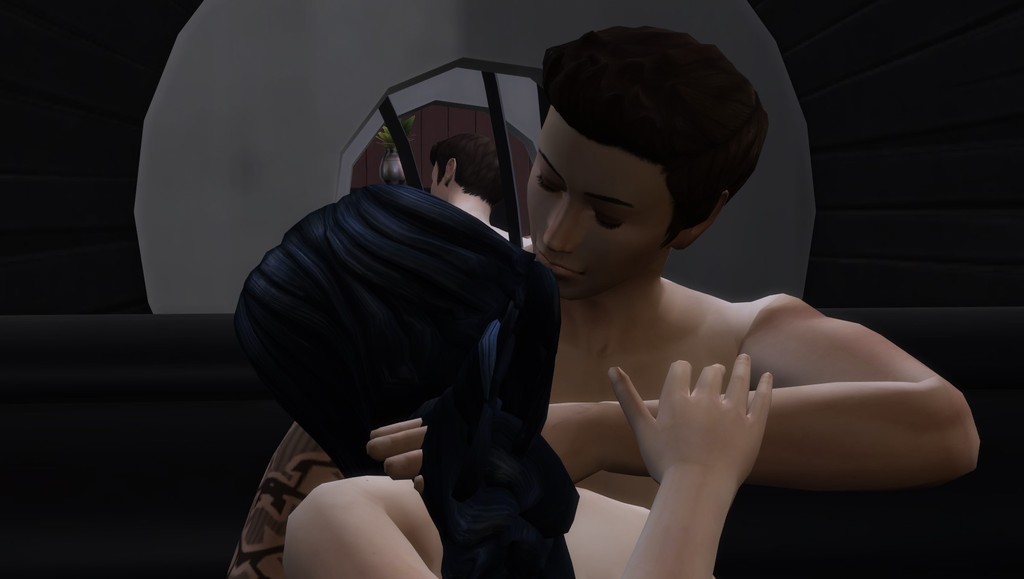