“Winter?” I gasped, incredulously. A mix of emotions flooded me as I tried to wrap my head around seeing her face hovering above me. Anger, rage, hate, attachment, thankfulness, adoration, love...it was surreal. “Why?” I asked in a hoarse voice. My throat felt as if it’d gone through the dryer with some cactus stuck in it.

“Jackson? You’re awake! Oh my God. I’ve got to call the doctor.”

But before she could leave, I held her hand, trying to keep her from moving. I needed all the questions pelting me to be answered. 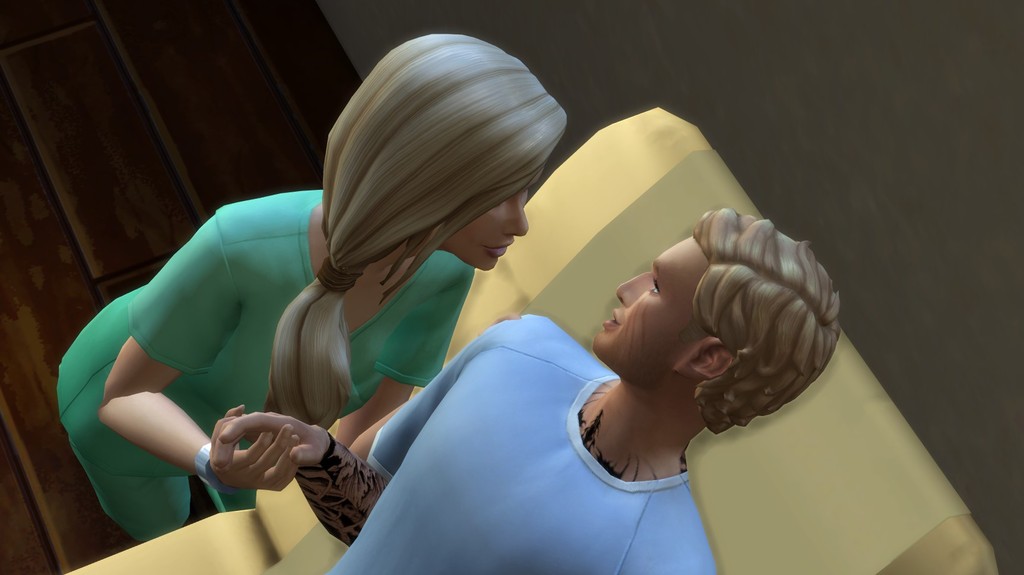 “Why are you here, Winter? Where’s Victor?” Looking at her dress, I added, “Are you a nurse?”

Sitting down, she gripped my hand tighter, staring at me. “Um...well, I broke up with Victor quite a while ago. It’s been six months, I think.”

“Why? I thought you guys would have been married by now.”

Glancing away, she said, “Yeah...we were engaged but, I don’t know.” Turning to me, she said, “I just couldn’t marry him. He was...He wasn’t...” She shook her head and sighed. "After working here as a volunteer, I decided I needed to do something bigger than raise funds for the hospital. I wanted to make a difference in people’s lives. Not just focus on myself and making money. Victor didn’t agree, and then little by little, I just stopped wanting what he did, and I broke it off.”

I didn’t know what to say. My feelings were in a jumbled knot.

She went on, “I’m a nursing student now. On my second year. When I came to SM General a few years ago, working on a foundation, I realized I really wanted to help the people here.” She shrugged. “It’s hard not to get attached when you see what kind of good you could do. I don’t know...” She lifted her head and her face grew serious. “I was doing some of my clinical hours when they brought you in.” Her eyes reddened as they watered. “You were in such bad shape then. We didn’t think you were going to make it. I remember seeing you all broken with breathing tubes and monitors attached, praying you’d pull through. You were in ICU for three weeks. Every night, I’d come in and pray over you, asking God to keep you here. And then you got a little better each day. I was encouraged when the doctors said you had good brain activity. They figured you should have woken up a few weeks ago, but you never did.”

I wiped the tears on her cheeks with a shaky hand. “I felt you with me.”

Smiling, she asked, “You did?” 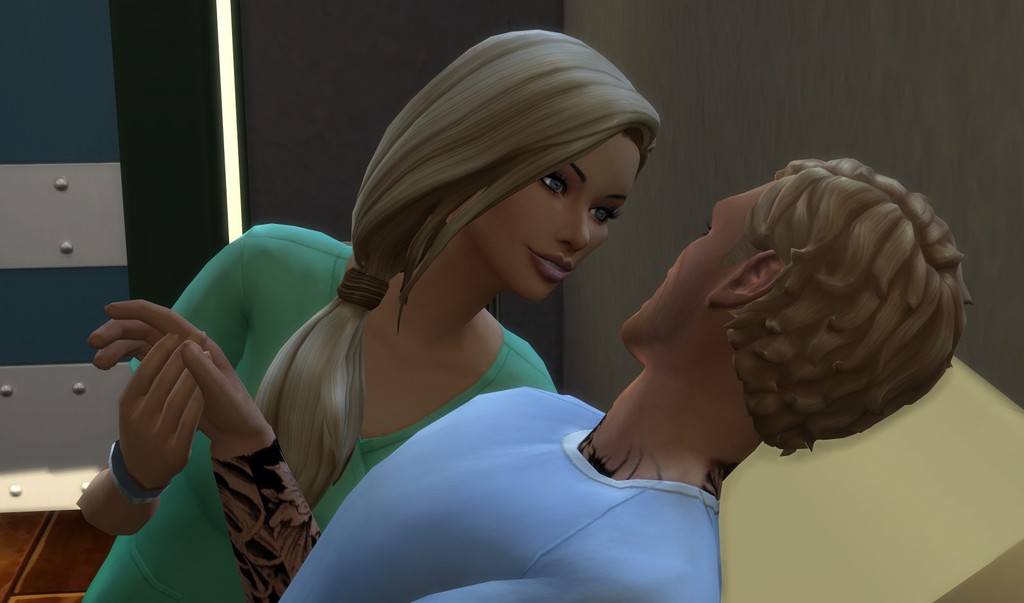 “Yeah...um...” I lifted a shoulder. “Yeah, I actually don’t know what I would have done if you hadn’t been here, holding me. The pain...” At that moment, I flinched as a flood of new searing aches stabbed my lower abdomen. I’d momentarily forgotten the torturous misery I’d felt that had awoken me in the first place. I tried hard not to cry out.

“Here, let me get the doctor.”

“Let me get you something for the pain, at least.”

I nodded as she hustled about and shot a syringe full of liquid in my IV. Soothing fingers of numbness washed over me in welcome relief. “Thank you,” I whispered, feeling a bit drowsy.

I closed my eyes and said, “Tell me what happened to me.” 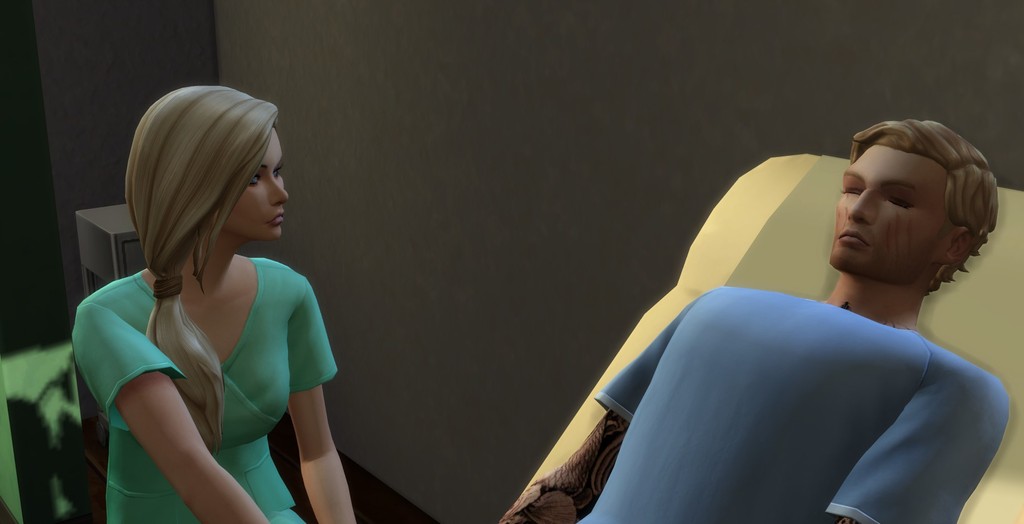 Rubbing my hand, she told me all about the accident. There was a van who’d crashed into me head on, but it came out unscathed. At least that’s what the eyewitnesses said. And it turned around and fled the scene as well as a truck that had sideswiped my car as well. The van hit me with such force that my body flew out of the seat and smashed into the concrete. I’d broken all of my ribs, both legs, one arm and both wrists, split my head open as well as broke my lower back. The doctors were worried I wouldn’t walk again, but the spinal cord wasn’t severed. I had some internal injuries, a severed spleen, punctured lung. That’s all she knew.

That explained all the pain. She said it’d been about six weeks since the accident. I didn’t remember any of that day. I guessed we’d had the concert, but I couldn’t recall it.

“The doctor really should see you now, Jackson. You’re going to get me in trouble.” 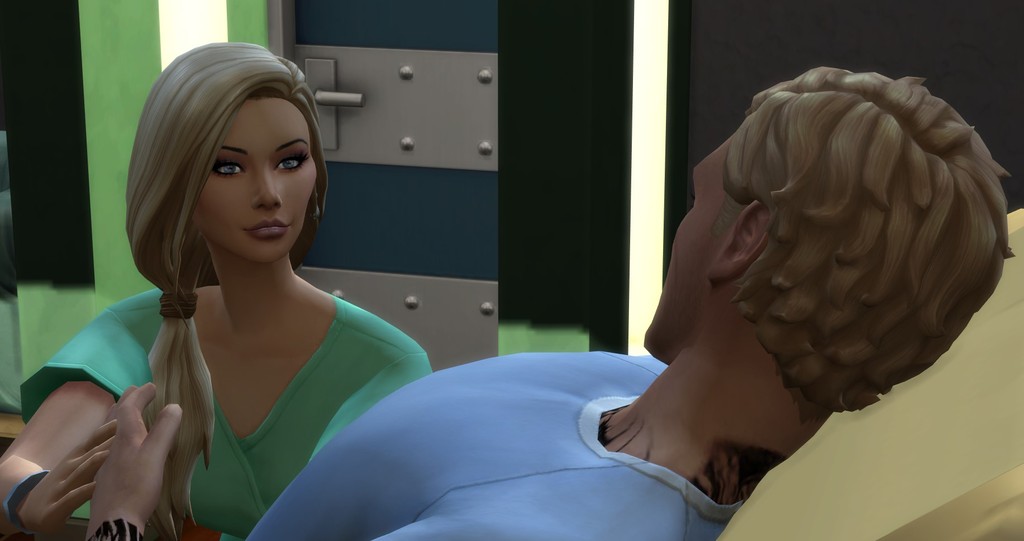 I couldn’t believe Winter was here as a nursing student, sitting beside me, giving me medicine like a real medical professional. I would have bet all the money I had in the world this would never have happened.

My eyelids were so heavy, I really didn’t want to go through any tests. I only wanted Winter with me, comforting me like she’d done all those weeks. The anger and resentment I’d had against her seeped out of me like the air in a balloon with a hole in it. All I knew was I felt better when she was beside me. “Do me a favor,” I said, weakly, trying to stay awake to say these things to her.

“Jackson...fine. What?” Her voice had that edge to it I loved.

I lifted the side of my mouth and gave a pathetic chuckle. “Sleep with me.” 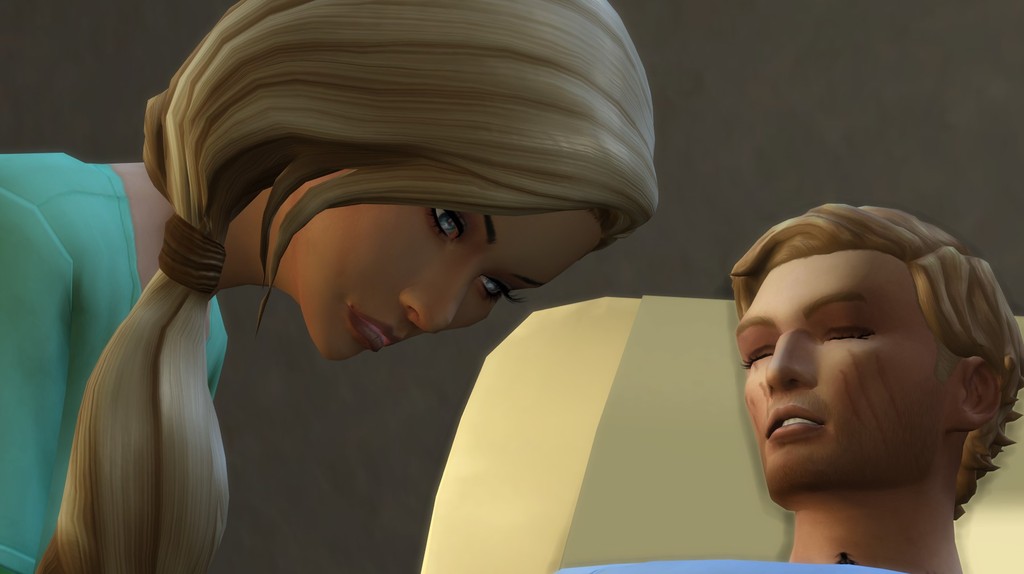 I knew she thought I meant sex, but as much as my brain would have loved that, I felt like my body was years away from performing such a duty. “No, Angel...I mean...rest with me. Hold me.”

That was the best medicine she could bless me with. It was what she’d given to me all those weeks when I was out of my mind.

Not that figment angel with Luci Mueller’s face—someone from my high school past. It was my real Angel who had helped me through all that pain all those weeks. I had been ready to forgive Mako if it’d been her, and I wasn’t even in love with Mako.

It had been Winter all this time.

And I always will. 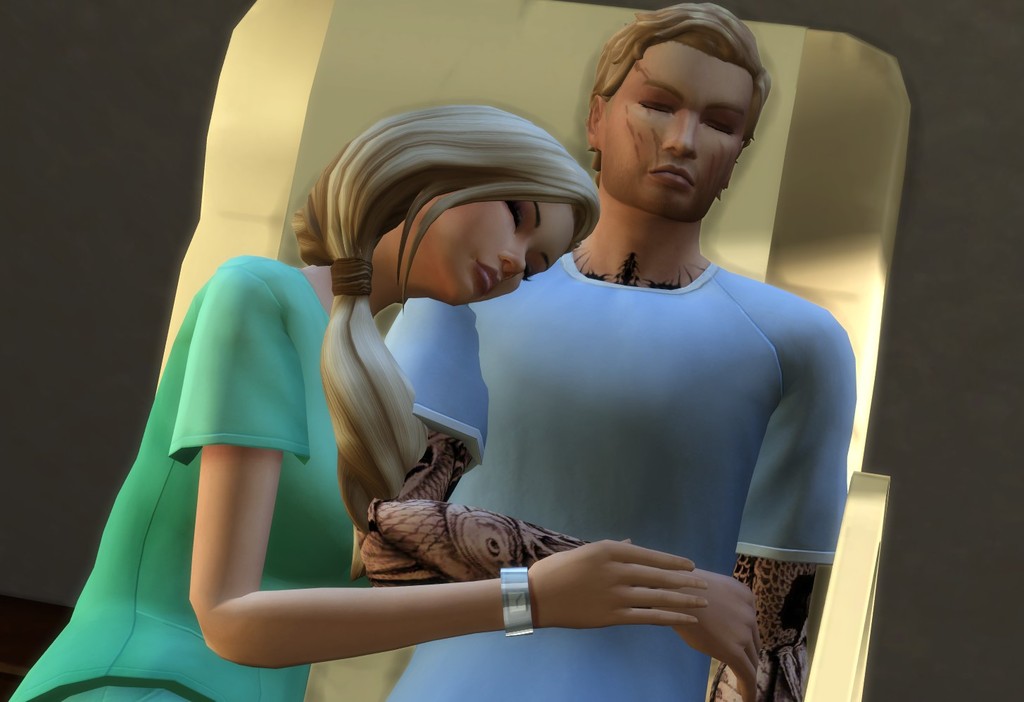