I must admit, at first, it caught me by surprise. We'd just look at each other like we wanted to devour a delicious dish, but all I'd have to do is give him a signal, thinking we'd go to my bedroom.
​ 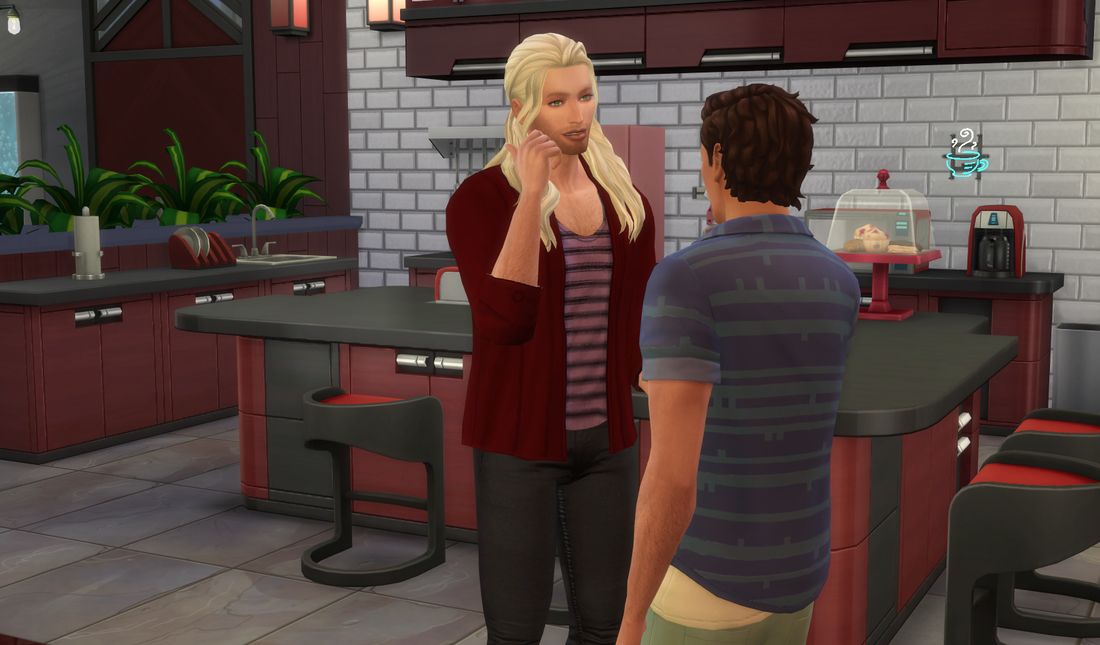 But instead of grabbing my hand sweetly like Alex would, Jake would jump me.
​ 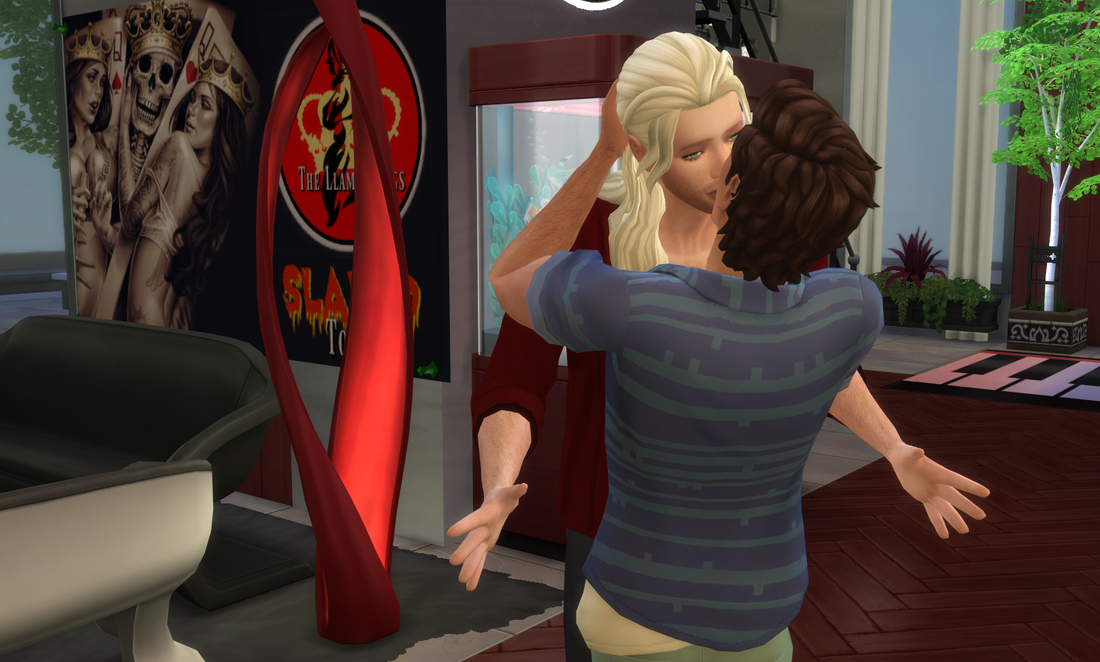 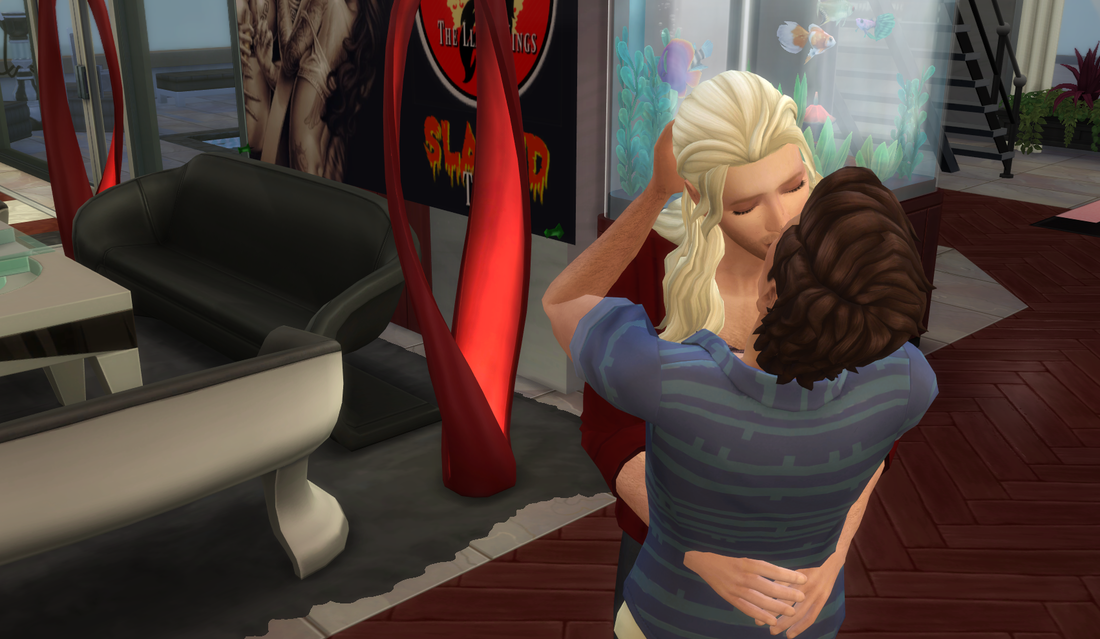 ​Next thing I knew, we'd be doing it on my couch.
​
And he was so cute. He'd get all excited, telling me about a case he was on and how he was about to bust some corporate dick. That was Jake's division--Criminal Investigations, particularly corporate crime. His was more white collar than what I did, but that made it less dangerous for him. I was thankful for that. He was too small to be dealing with the violent thugs Ronan and I were always busting.
​ 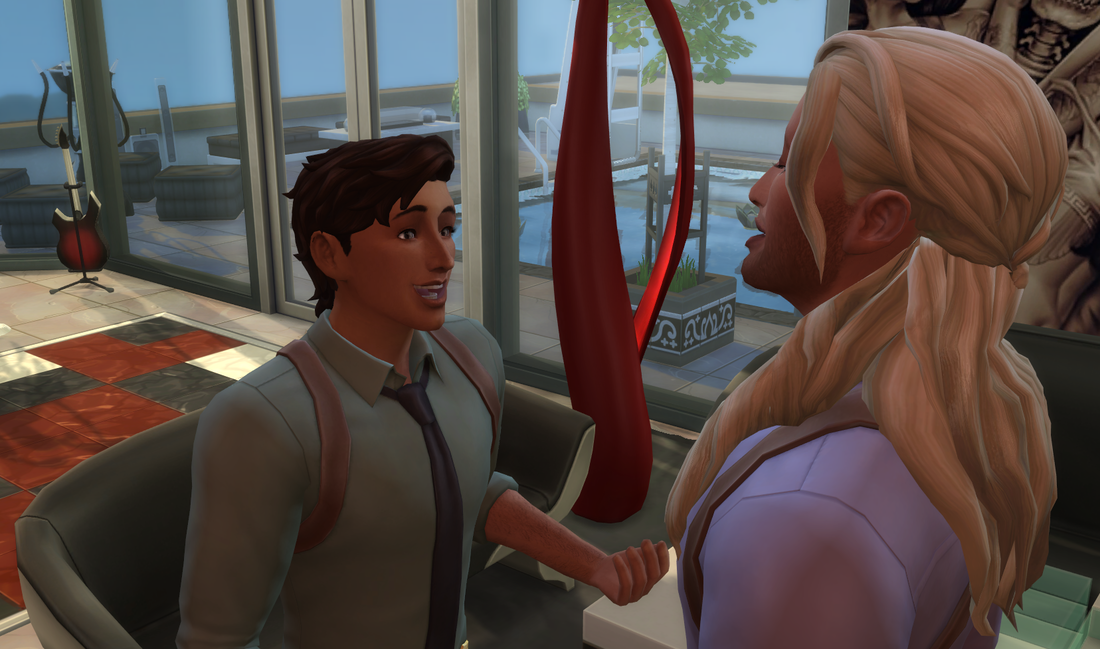 It was nice having him with me before work, too. He'd give me a kiss and straighten my tie. It was strange, but little by little, I'd stopped missing Alex so much, and I wondered if I was getting too close with Jake. I honestly didn't want to give Alex up, but then the tighter I got with Jake, it felt like a divide grew up between me and Alex. Something had to change. 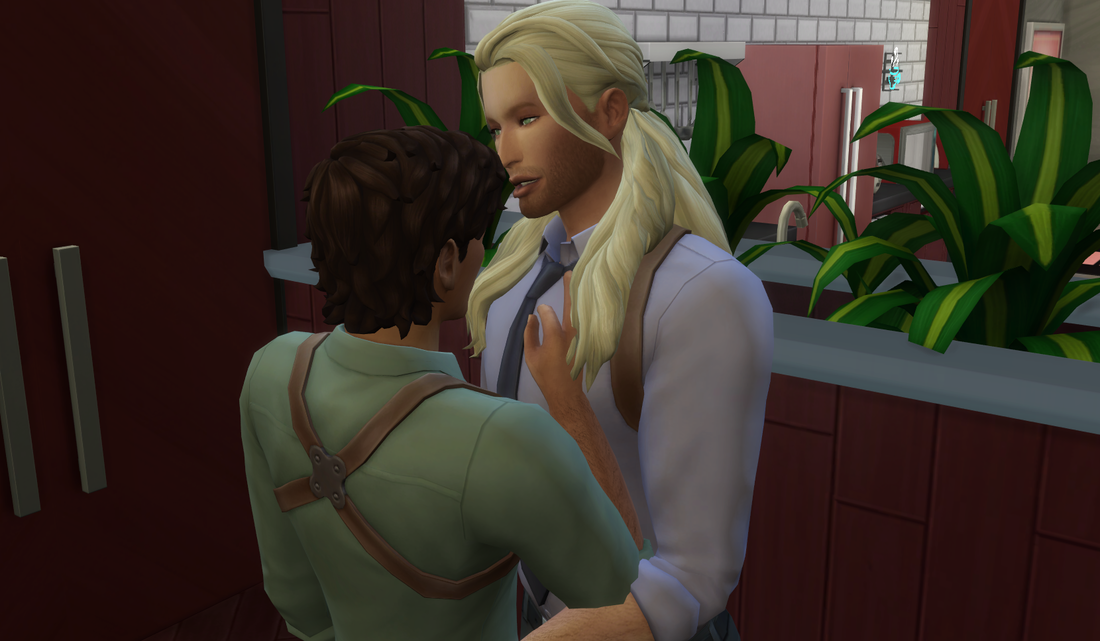 At work, I was talking with Ronan about a case we were working on when Jake came up behind me. 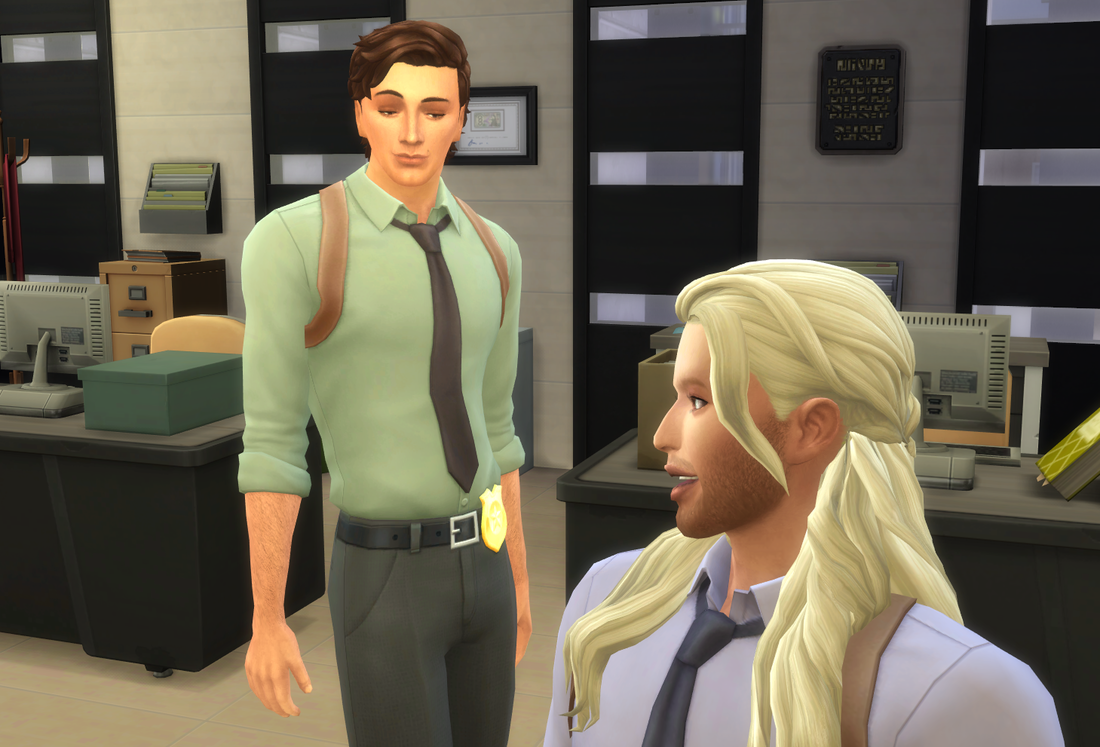 When he called me "babe", my cheeks grew warm. I kind of didn't want to out us here.

Giving him a tight smile, I said, "Yeah, I'll go in a minute as soon as I finish up this file." 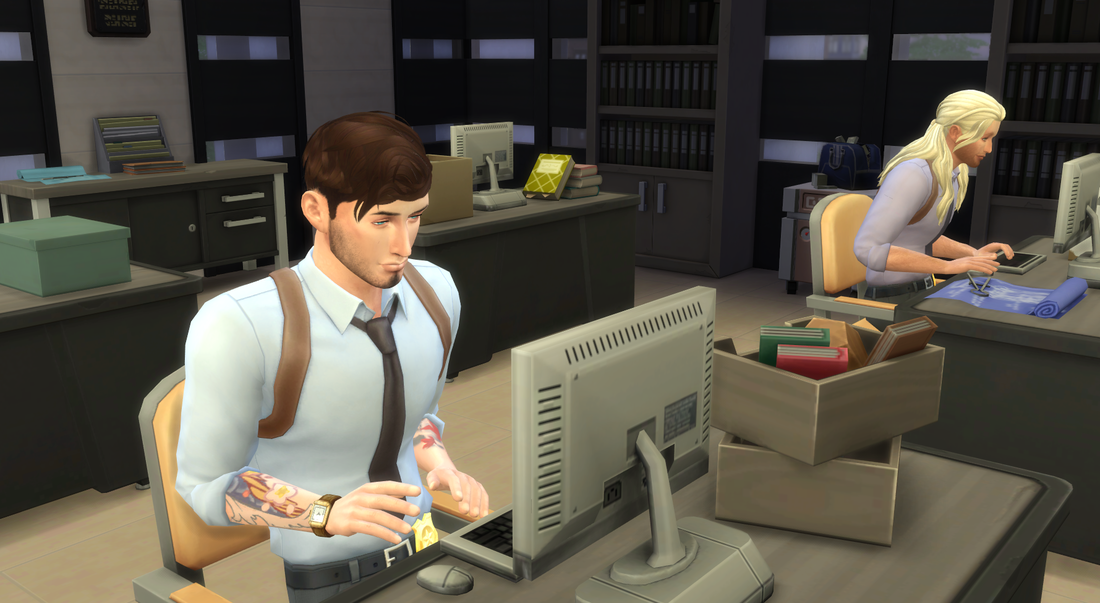 I rolled my eyes. I knew I was going to get shit for it. "Yeah. So what? You're dating McKeen."

"Yeah, but I don't have another girlfriend."
​ 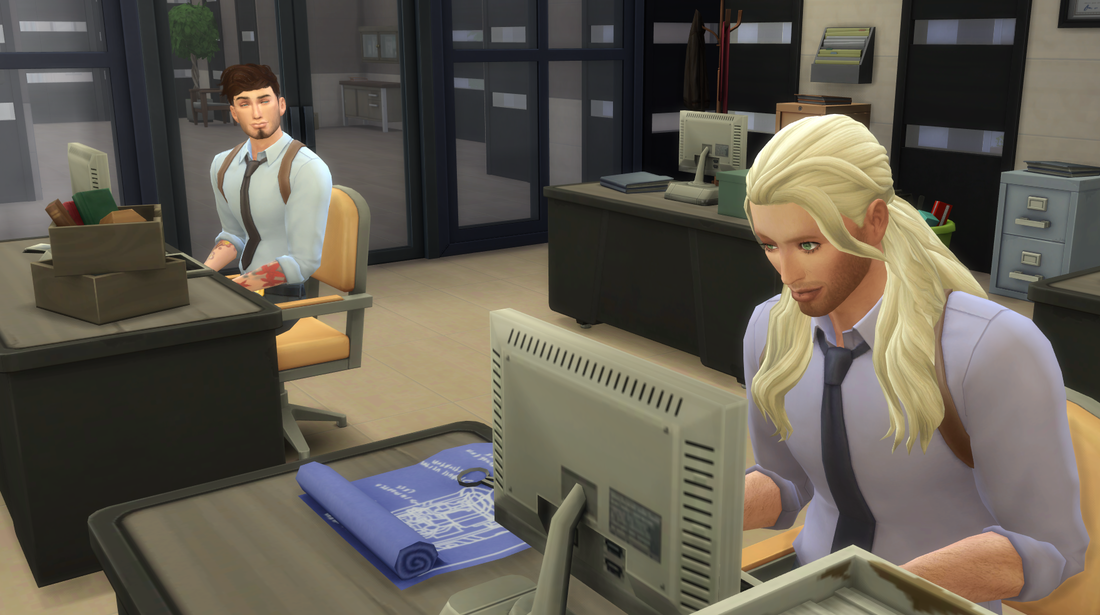 "It's just sex. You know Alex and I have an open relationship. It's no big deal." I heard myself saying this, but even I didn't buy it. I knew Jake and I were getting too close, but I didn't want to stop it. 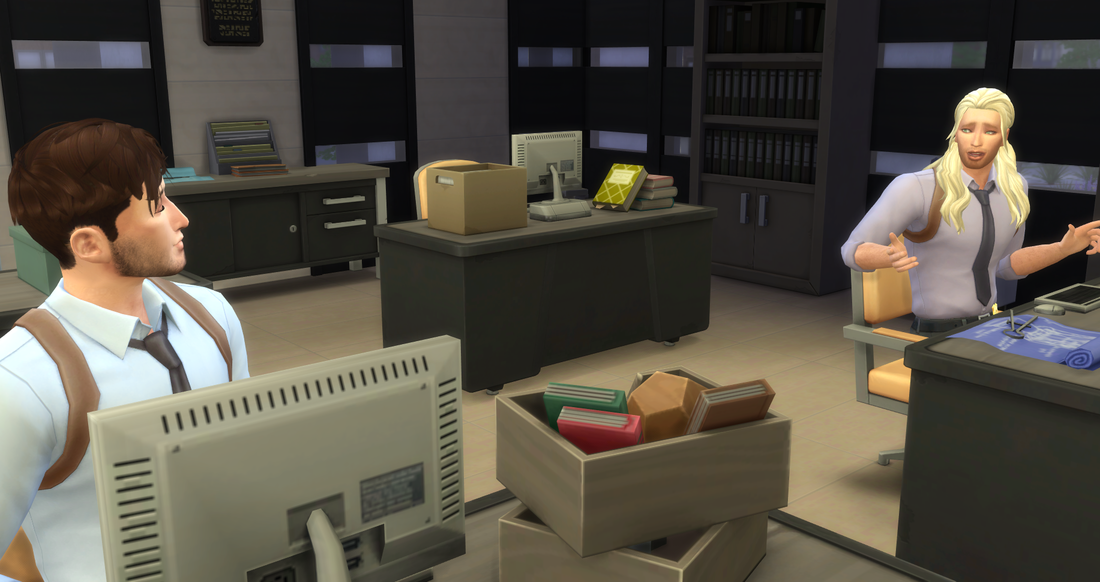 Ronan arched an eyebrow. "Jake is calling you babe. At work. I think you're at a level of more than 'just sex'."

I flipped my hand. "You're wrong. Jake gets my situation. It's fine. Will you stop worrying about my love life and get back to work? We have hours of security footage to get through today." 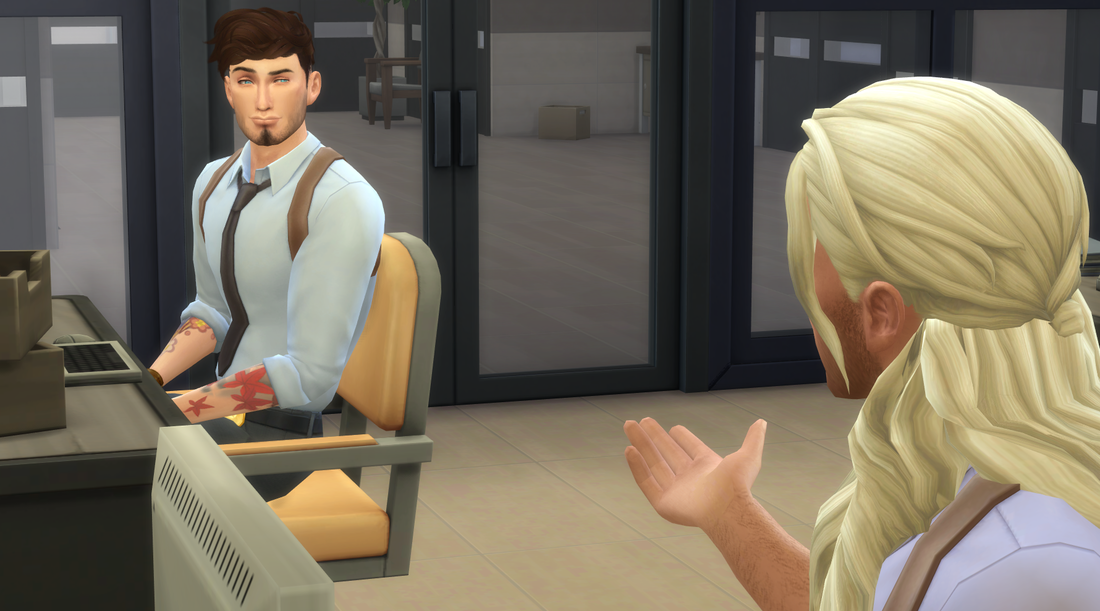 He shook his head and sighed. "You're right. It's your life."

"It is." I threw a huge sigh back, but it was in agreement with my partner. What the hell was I doing?
​ 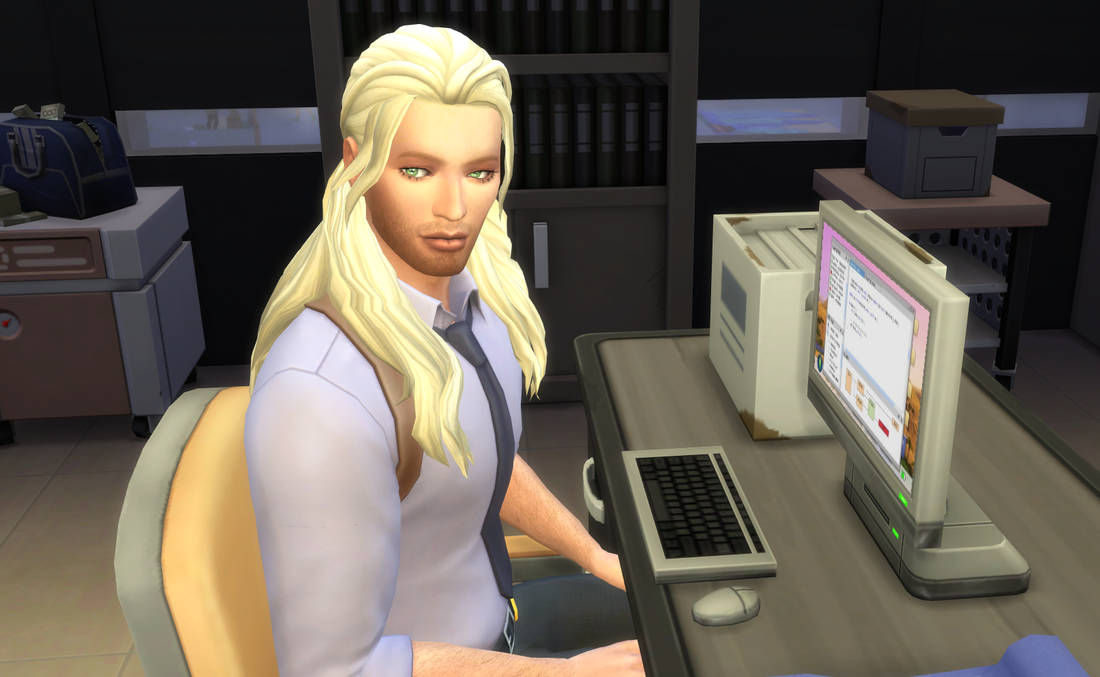 I hadn't been in my boss' office since I'd started working here months ago. We normally had meetings in the conference room. I wondered what was up.

Agent Dickens gave me a hearty smile. "Hello, Agent Day. Glad to see you. How's the Brighton case coming along?" 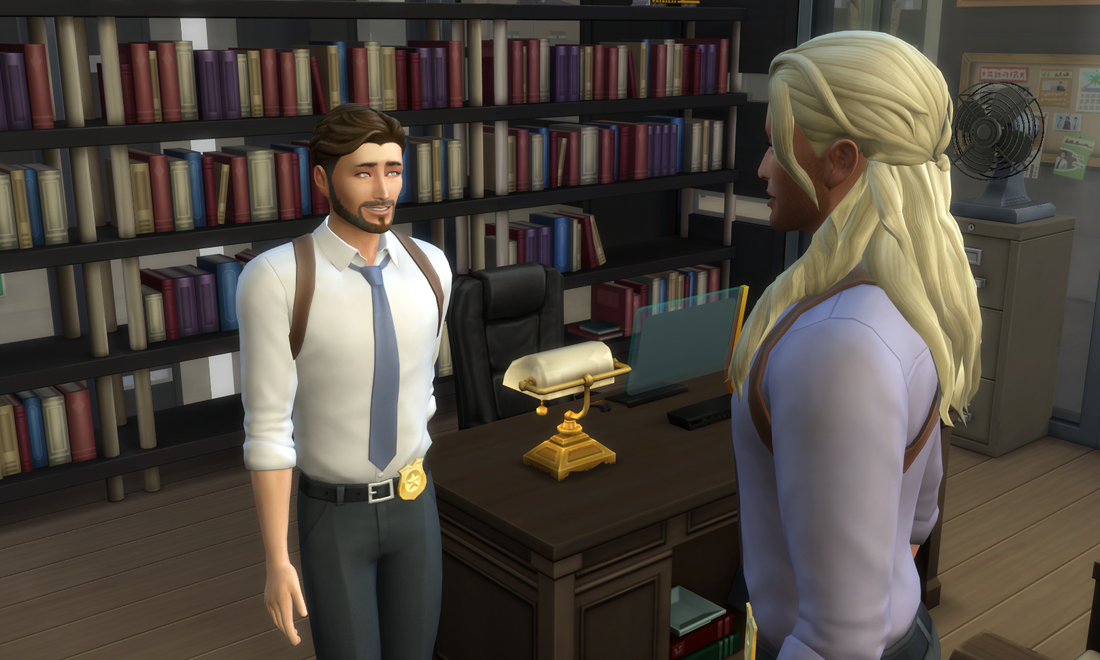 "Oh...it's...uh...coming," I said, wincing inside. We'd gotten nothing but dry leads ever since we started investigating this supposed meth lab ring. Either we received some bad information, or the perpetrators were too smart and covered their tracks well.

He shook my hand and said, "Well, that's the way of our work. Sometimes you figure things out and sometimes you don't."
​ 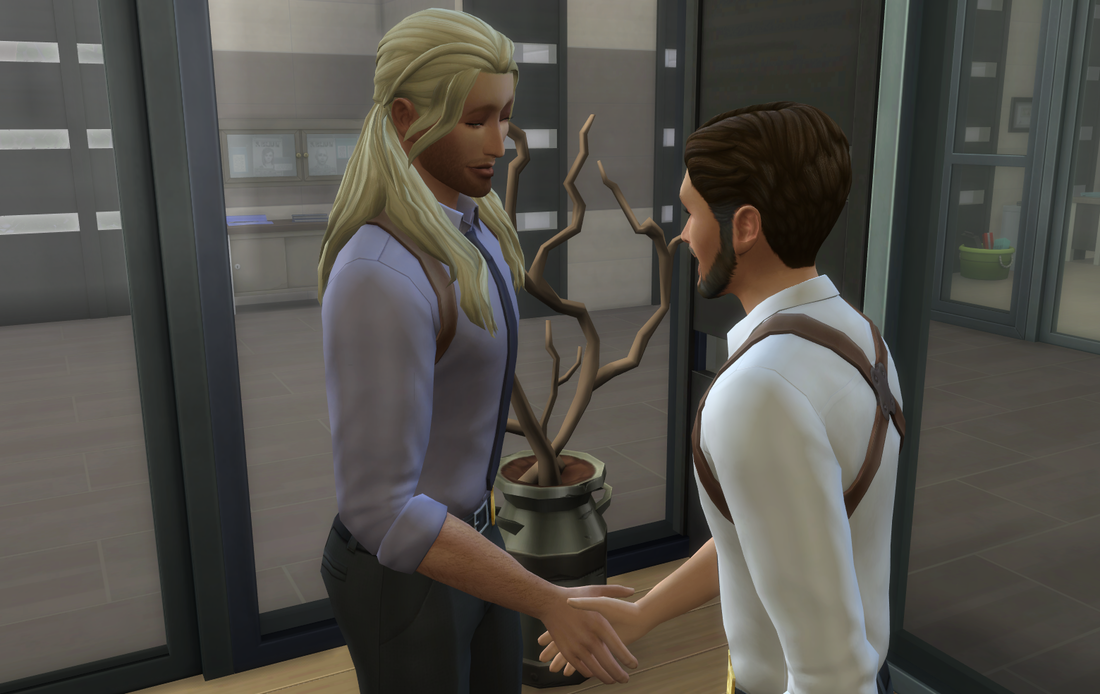 "I brought you here to tell you I want to move you into the organized crime division. We think you would be a good asset there with your history in Brindleton Bay. You've seen more in that area than most people, and I believe your experience in undercover operations would be helpful."

This blew me away. "Are you...p-promoting me?" I asked, incredulously.
​ 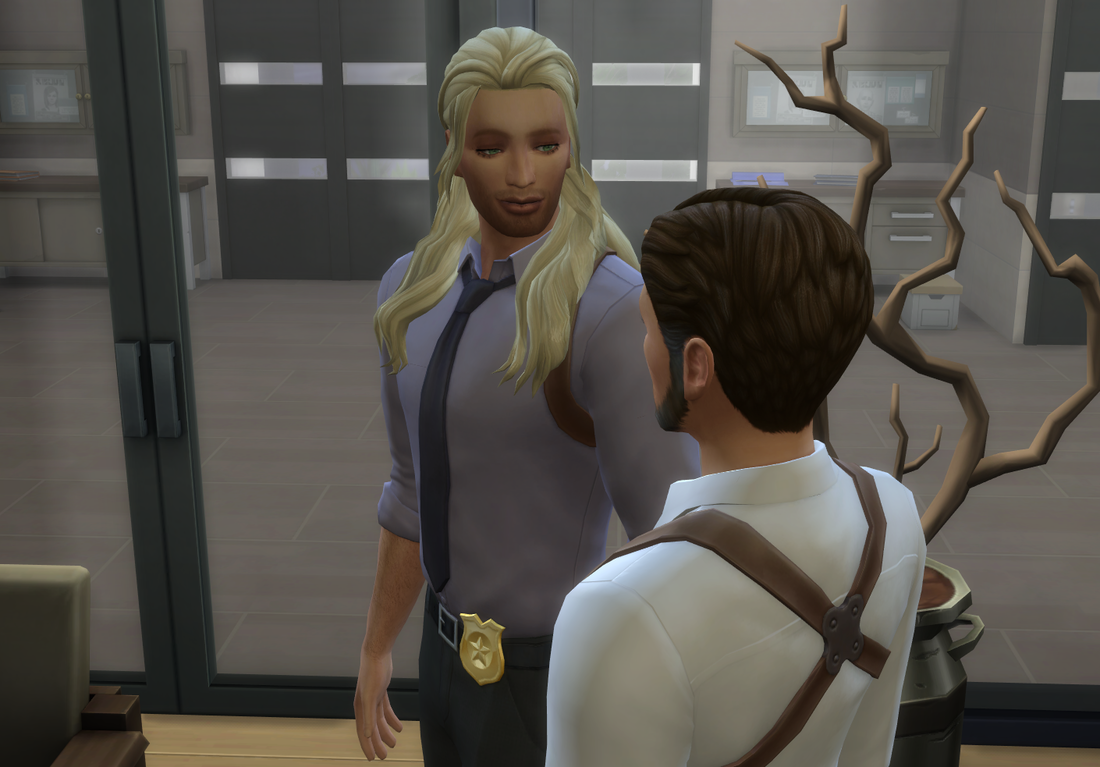 He lifted the side of his mouth. "Yes, I am. Report to Agent McKeen on Monday, and she'll get you up to speed on the Bambino Family caseload." Then his eyes shifted as he smirked. "And Agent? I think a change in your look is in order. You're going to be infiltrating high society. Looking like a rock star is not in your best interest." 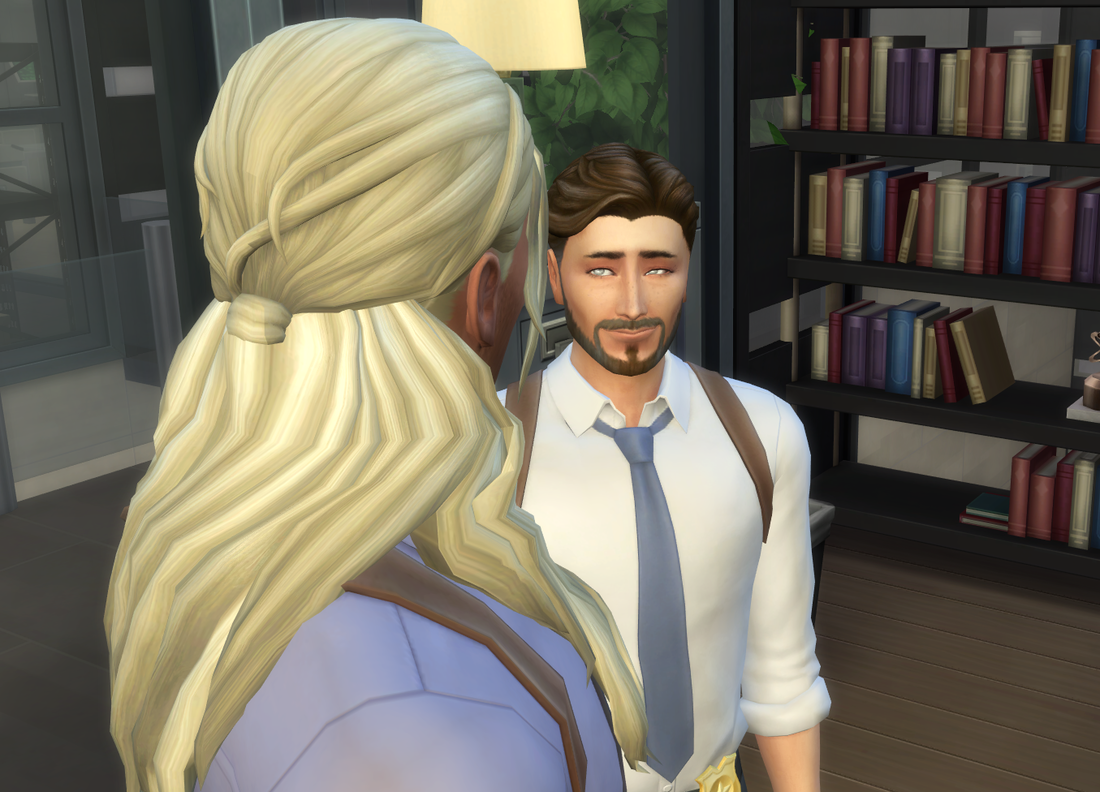 Breathing hard, I collapsed on Jake, waves of euphoria filling me.

"Oh, God, August. That was so good," Jake whispered in my ear. 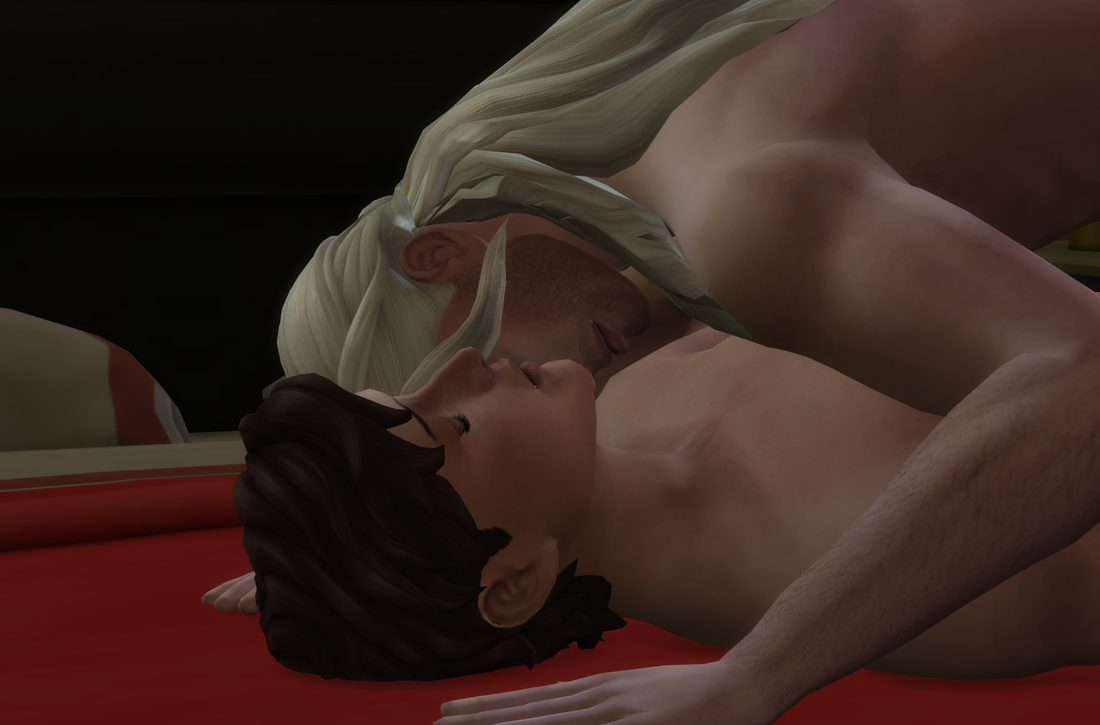 It was good. Too damn good. Why was I feeling so guilty whenever I had a great time with Jake? But I tried stomping it out of my mind. Unfortunately, that thought was like a stubborn weed that refused to die.

Jake cuddled in my arms as he swirled his hand on my chest. "What are you thinking about? You seem tense today."

I couldn't tell him I've been thinking about separating from him. Toning things down. I was in too deep with Jake already. If I said anything, it would hurt him. It was like I was married and cheating on my spouse. Now I understood how having a mistress on the side felt. It was confusing as hell. You want to please the mistress when you're with them, but the ties to the spouse are strong and you don't want to fuck that up even more. It was a shitty game I was playing. Someone was bound to get hurt.

"Um...I got a promotion today," I said, avoiding what was really on my mind. "Dickens is moving me to organized crime." 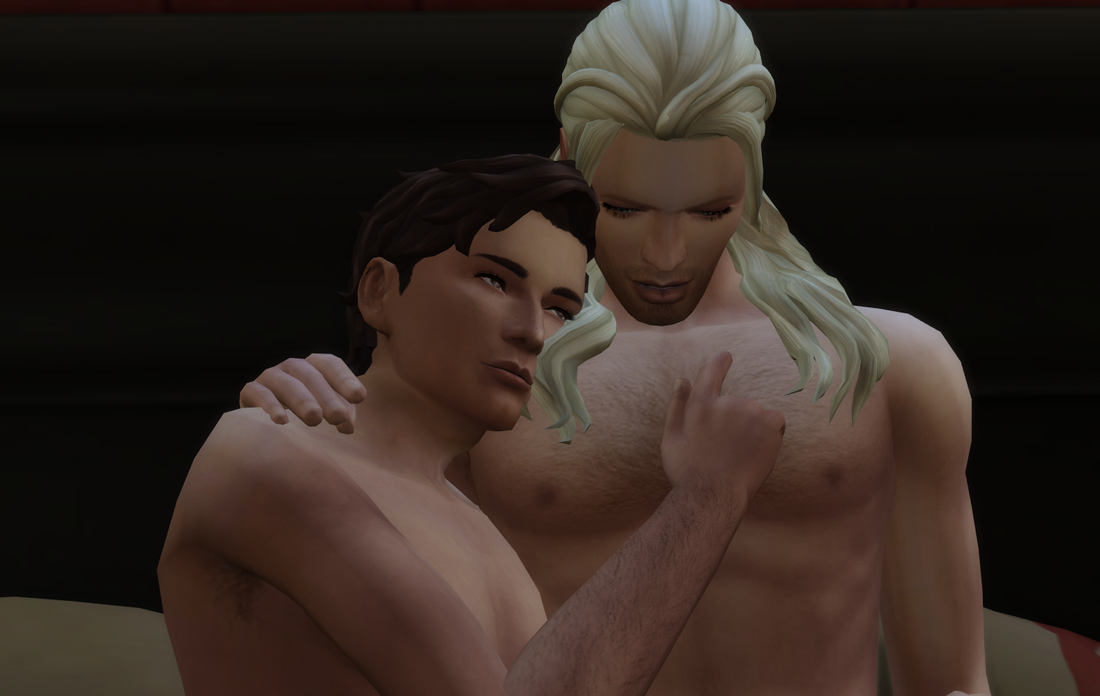 "That sounds good," he said, taking my hand. "Something else bothering you?"

I shrugged. "He told me I've got to change my look. Maybe get a haircut? I don't know...he didn't say that exactly but I need to blend in with high society."

Jake nodded. "Well, I've got a talented hairdresser if you do want to cut your hair. His name is Caleb Valtore and his shop is on the east side in the fashion district. It's called the Mane Event. But don't tell him you're my boyfriend."

"Yeah...well, kind of...I mean, we had a little fling, but he's just not my type. He's really skinny and so over the top emotional. I just couldn't hang. You know?" He threaded his fingers through mine. "You're my type, August. You fit my personality so well. We're good together, you know?" 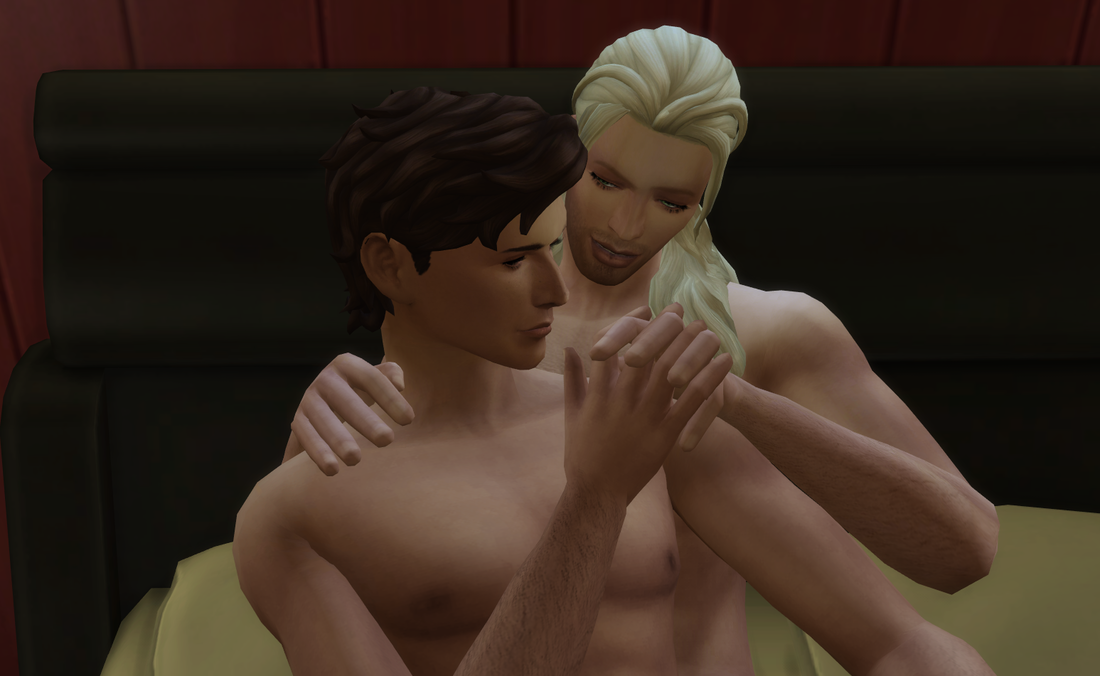 I swallowed, knowing I was sunk in a pile of shit over my head. Kissing his head, I said, "Let's get some sleep. I've got a busy day tomorrow, babe."

He kissed me then settled down. As I held him, my mind panicked at the thought of when I was going to have to choose between him or Alex. Honestly, I really enjoyed my time with Jake, but my heart was not near where his was. Not even close.
​ 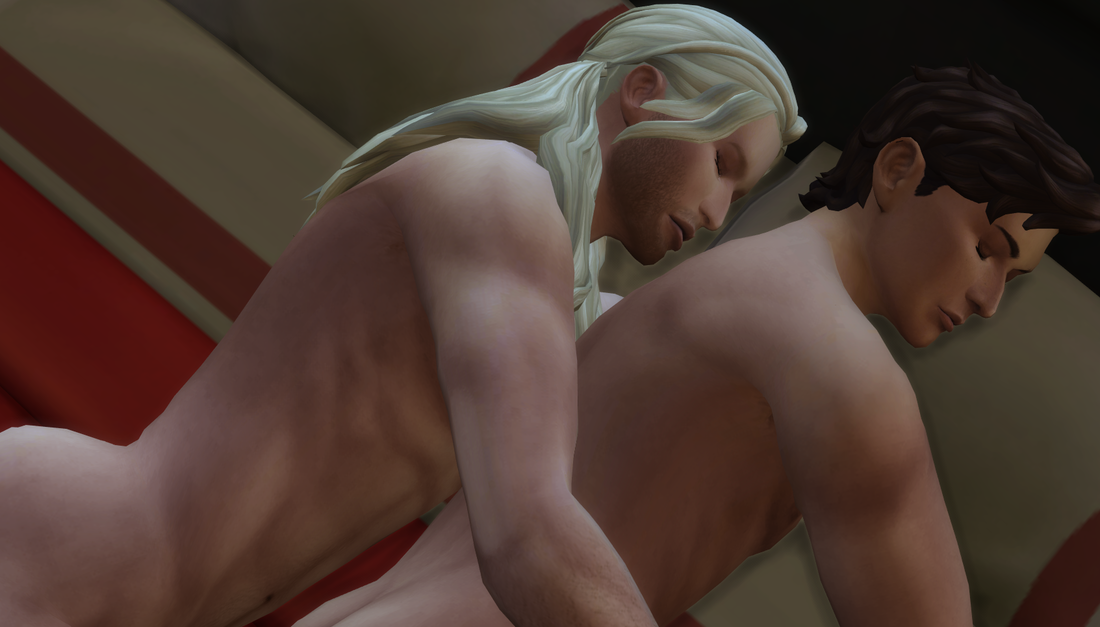 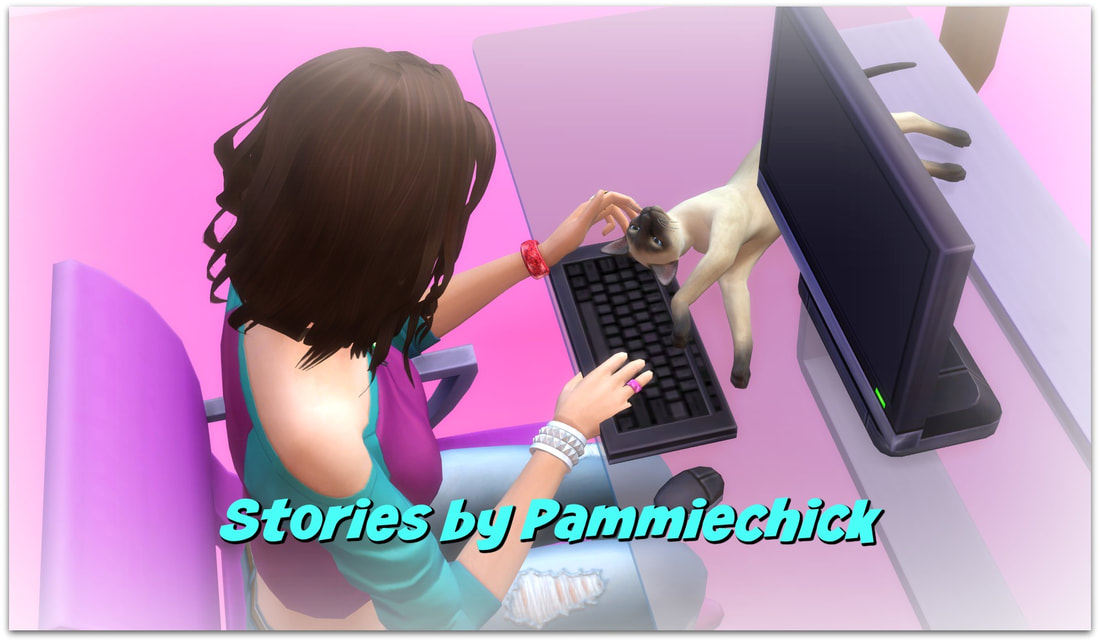 Next chapter on Wednesday, February 28th!