Mako
​
My head buzzed as I snuggled into Jackson. Sighing, I rubbed my eyes and said, “Jackson, sweetie, what time is it?” 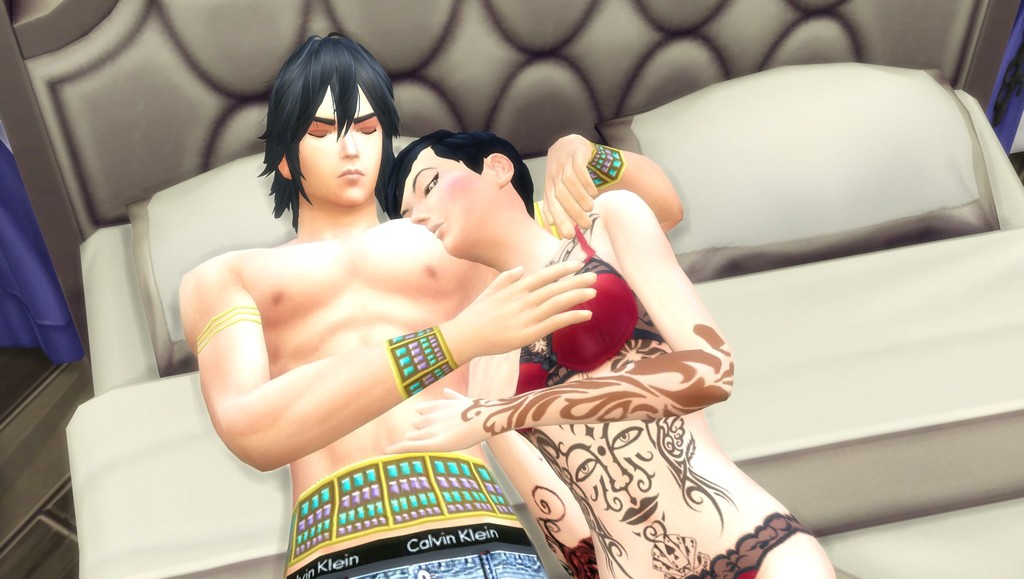 Stirring, he said, “I think it’s ten? But I’m not Jackson, sweetheart.”

The night’s event rushed back to me in a flood. Bolting upright, I cursed. “Oh my God, Noah. Plum. W-Where’s Jackson?”

He shrugged. “Haven’t seen him.”

Happenings from the night swirled back to me. Jackson was so hammered, he could barely make sense and then Noah pulled us to the bedroom. Jackson drew back, saying he wasn’t going in there with another guy, but I started caressing him and he finally gave in.

“Plum,” I said. My heart pounded. What the plum was I thinking? I wasn’t. I was sloppy drunk. Shit. Jackson was going to be so mad at me. “Get your clothes on and get out of here.” 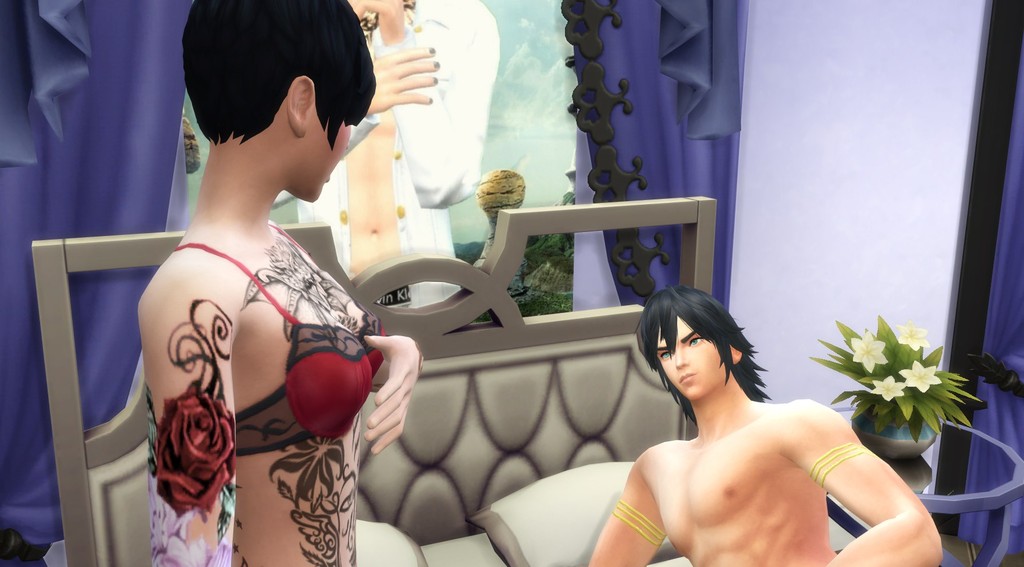 “Don’t ask questions. And go out the back way. You don’t want to run into Jackson.” When he didn’t move, I threw his shirt at him and said, “Now, Noah!”

After I quickly got dressed, I searched through the house trying to find Jackson. No one was up yet. The house smelled like stale cigarettes and alcohol. The maids were definitely needed today. Finally, I spied him shooting hoops through the window.

Walking up to him, I closed my eyes, steeling myself for the fight we were going to have. I hoped he’d listen to me. 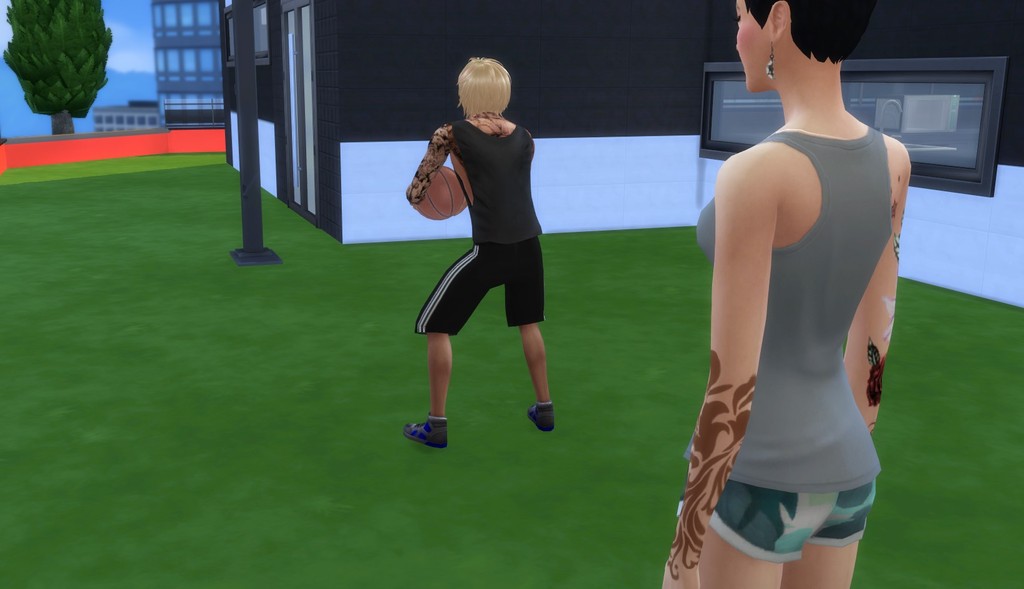 “What?” came the terse reply. Oh, it was worse than I thought.

He flung another ball angrily at the hoop. It bounced off the rim and hit the grass. 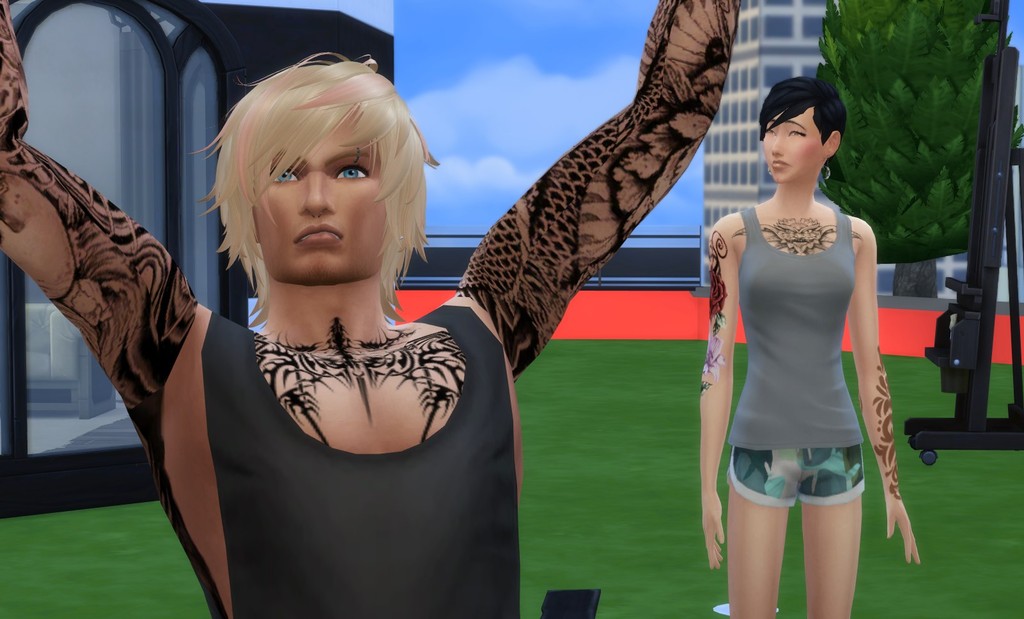 “No,” he said, irritation still edging his voice.

“Then why do you sound mad? And your face says you’re angry.”

“I’m not mad at you, okay?” He missed another shot.

Dumping the ball he had, he put his hands on his hips, still not saying anything.

He finally unloaded, “That’s not going to change anything. You are you and I am me. We are too different, Mako.” 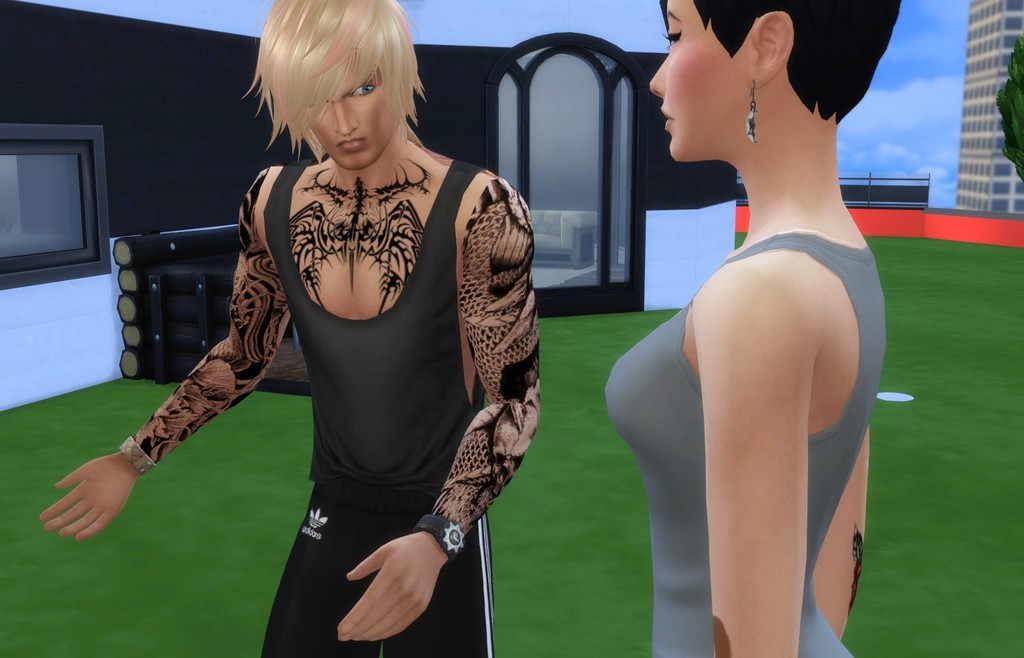 My body started shaking in disbelief. This had to be a nightmare. “What do you mean? Are you breaking up with me? You said you weren’t mad.”

“Mako...I’m not mad at you. It wasn’t your fault. It was mine. I was the one who got shitfaced. But I’m not like that. I don’t get off on doing stuff like that. And I know you do, so...it’s just not going to work.”

“No, I don’t, Jackson. I was mortified when I woke up and realized what we’d done. I don’t want to do that anymore. I don’t!” 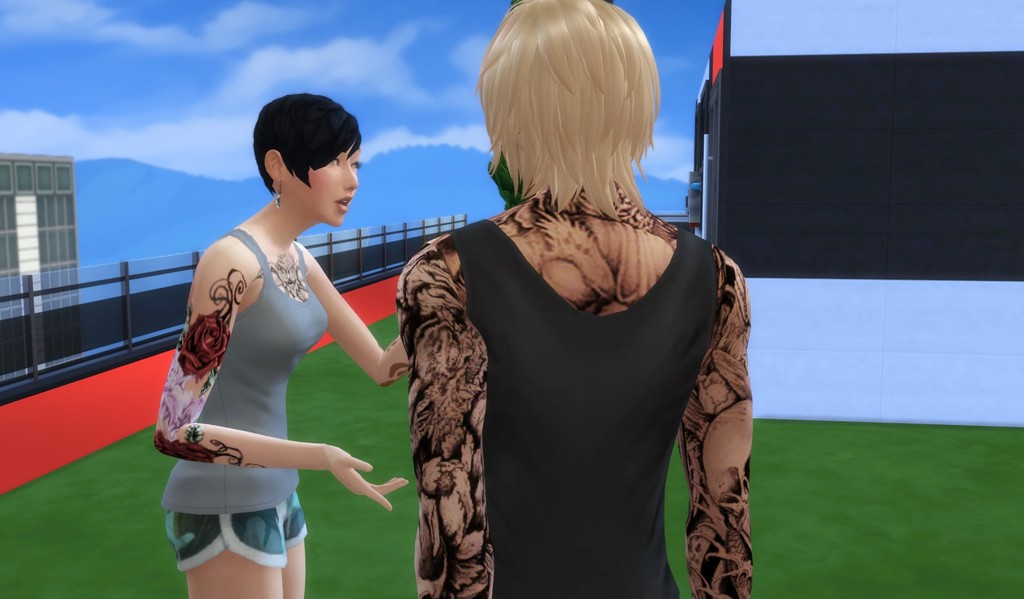 “Then why did it happen?” He stared me down, jaw set.

Pulling him toward me, I said, “I don’t know, but it won’t happen again. I promise.” 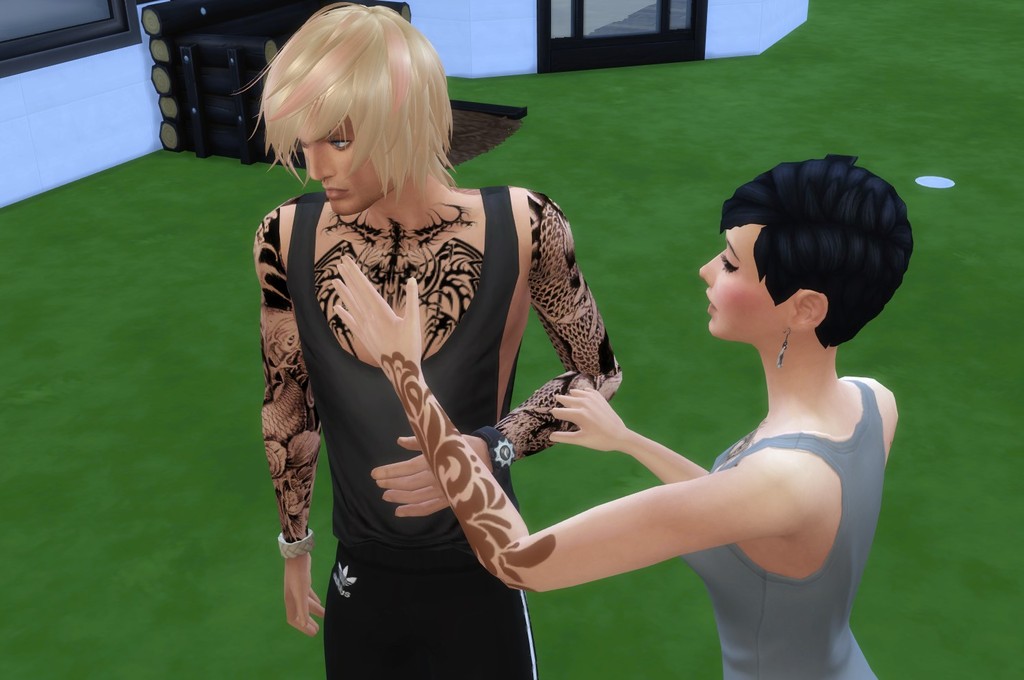 He jerked his arm away and let out a breath. “It can’t work out, Mako. I want a normal relationship, not some weird twisted perversion you think you want. It’s hard enough with our lifestyle to get a normal relationship with people throwing themselves at us and all the partying done around here. I’m tired of it. I just don’t think it’s going to work. Let’s go back to being band mates. Okay?”

My throat thickened as tears threatened. I put my hands over my face and cried, “Oh, Jackson.” The world seemed to spin and my vision blurred. “I’m sorry,” I whispered.

I felt Jackson’s arms wrap around me as I cried. “I’m sorry, too,” he said. 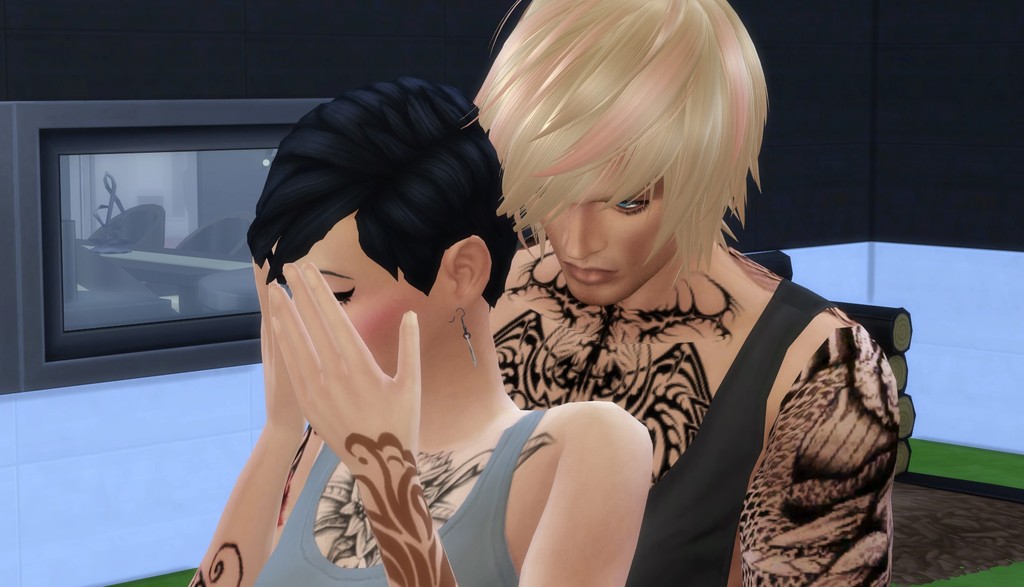 fter a while, he turned me around and wiped my tears with his thumb “Listen...” He gazed into my eyes, holding me. Was he going to change his mind? “If we promise each other nothing like that will ever happen again then I’m cool with us. I don’t want to lose you.”

Elation poured through me and I couldn’t help but smile. Sniffing, I said, “I promise, Jackson. I don’t want to live like that either. I don’t. I want you and you only.”

Taking my hands in his, he kissed the tips of my fingers. “I’m sorry things got out of control last night. I won’t get that plowed again.”

I nodded and whispered, “Me, too.” 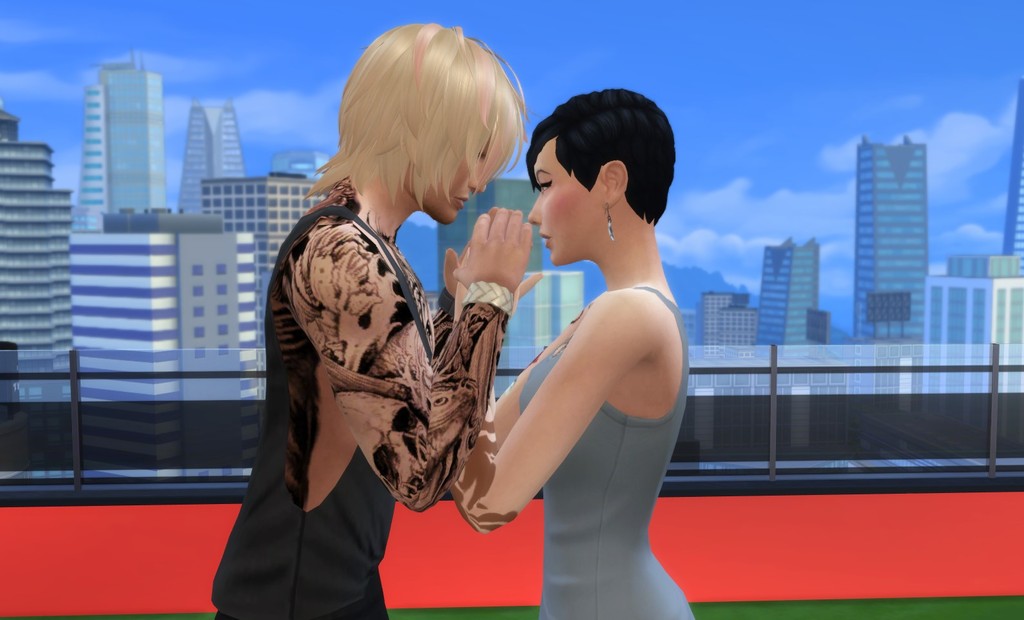 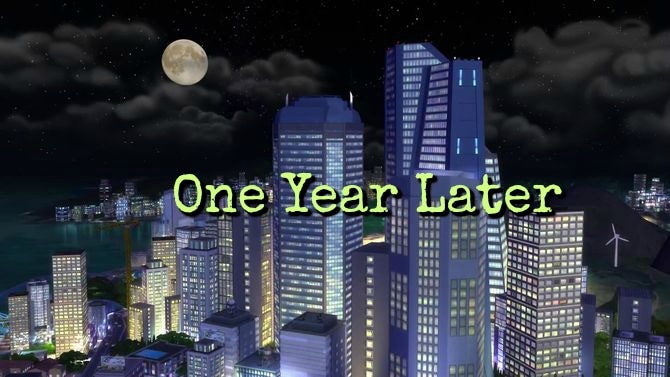 My roommate, Yuki, sang through the apartment, “Luci...guess who’s on the cover of Rollingstone Magazine...”

“Yup. I got you your own personal issue. Here.” She handed me the magazine with Jackson’s face beaming out. What a sweet roommate I had.

“Anything for you, girlie,” she said, giving me a wink and shutting her door. I knew she’d be on Skype with her boyfriend for the next hour. He was out of town on business in Bridgeport.

Perching myself on the nearest chair, I dove into the issue. 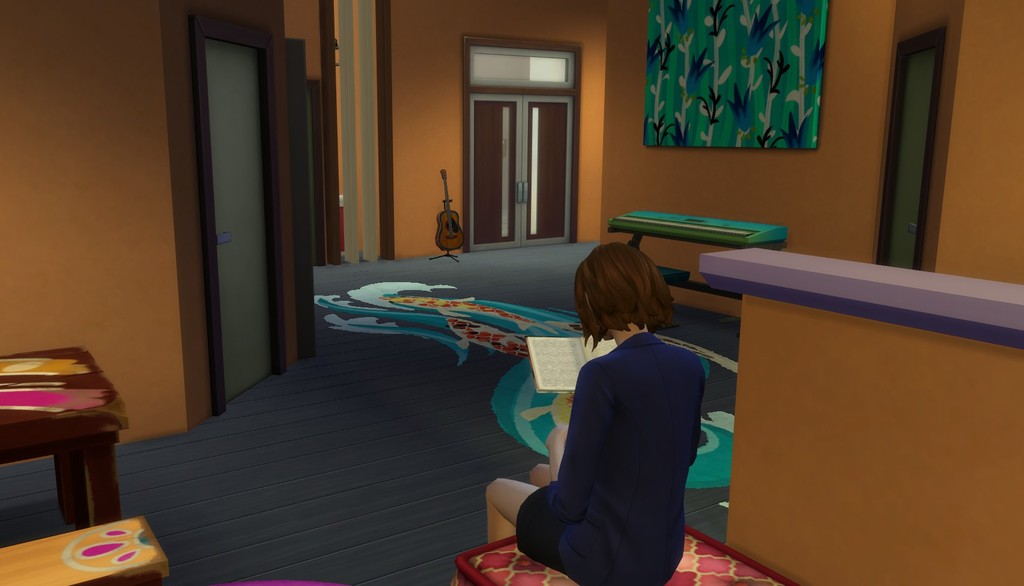 Aww...I thought. He and Mako make such a gorgeous couple. And it said here they’re practically inseparable. Good for him. Since his break up with Winter, I’d always wanted him to find love. He was such a special guy. So sweet. Even in the rocker scene, people had nothing but good things to say about him. He wasn’t some partying drug addict like a lot of other people in that business 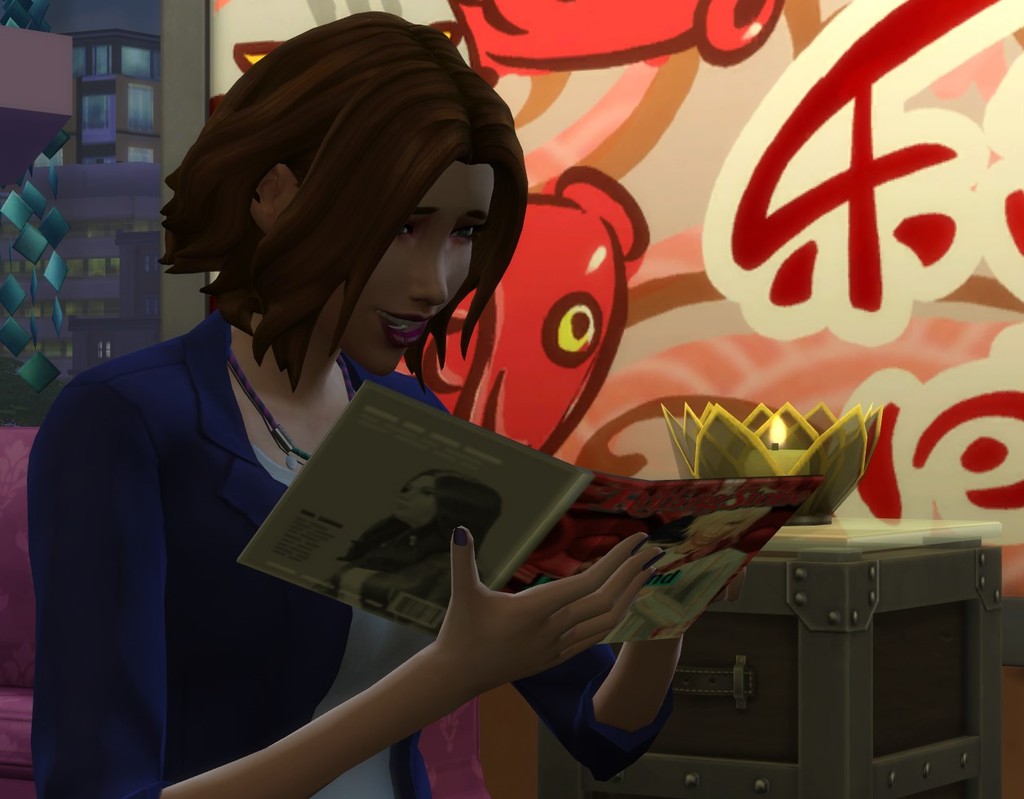 I searched through the article to see if they’d set a date yet, but from the look of it, it seemed as if they didn’t have plans that way. I shrugged. 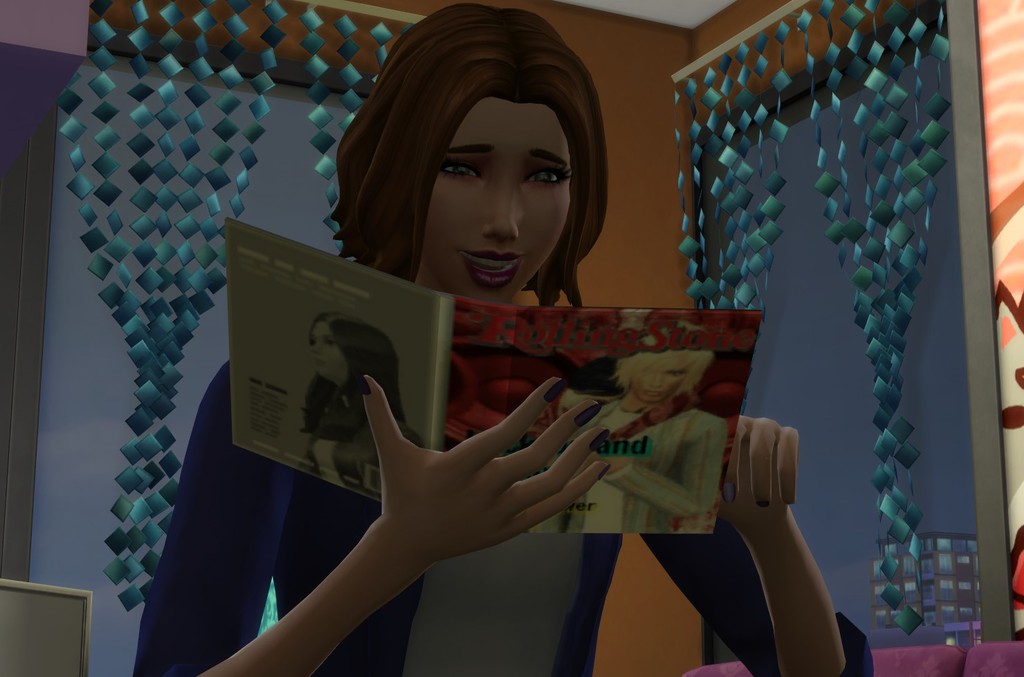 Well, I wanted to see Jackson’s babies one day. I knew they’d be cuties. And I figured I’d get out to Newcrest and visit his family in the future. I’d stayed in touch with his father, Alex, all this time. And he told me I could visit any time. I just wanted to wait until I could enjoy Jackson’s whole family. But the life of a rocker probably wasn’t the best for raising kids. I decided I’d visit this summer sometime once my job got a little more established. 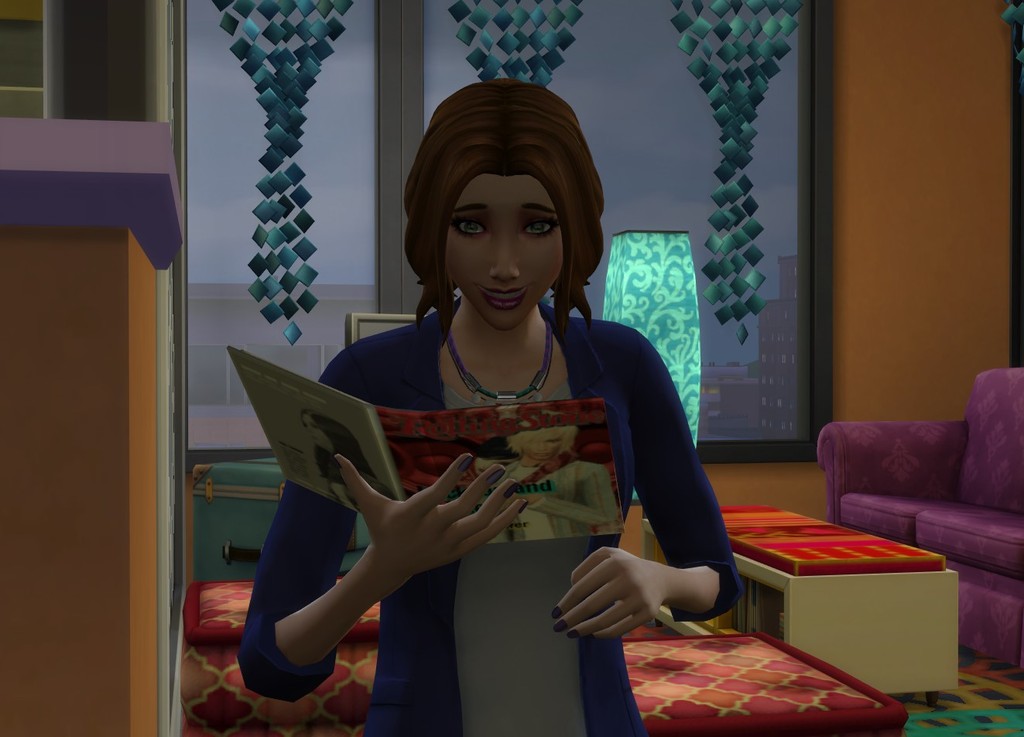 Walking into my room, I laughed at all the pictures of Jackson people gave me over the years. You’d think I was a bonafide fangirl. 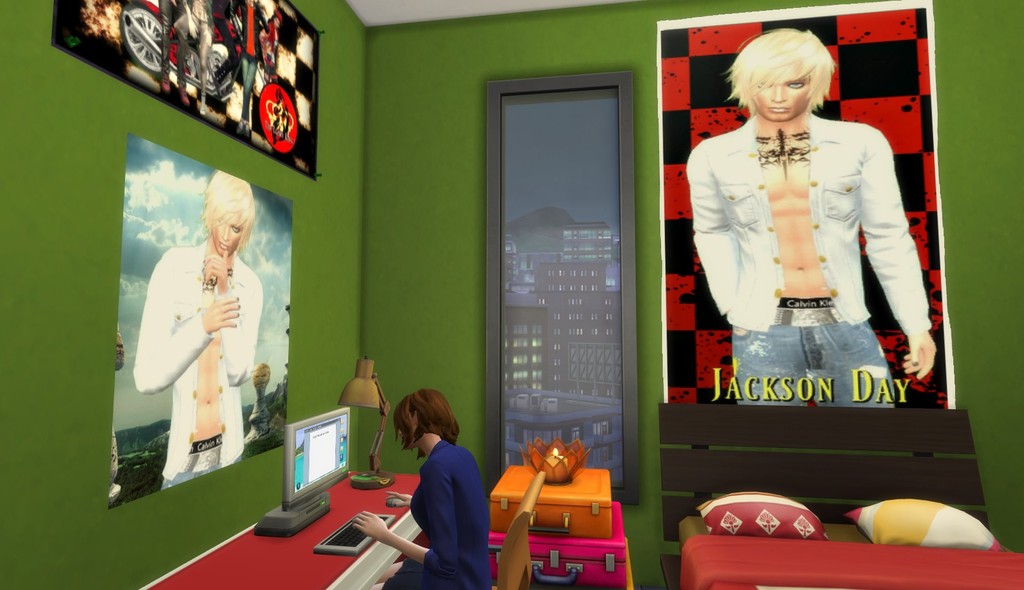 Well...I thought of myself as more of his cheerleader, watching him grow as a performer on the sidelines. I wouldn’t have bought any of these posters myself. It was just a running joke with my friends and family that I was the girl who dared to reject THE Jackson Day. So whenever they’d stumble across something, they’d give it to me. The huge poster was from Yuki’s friend who had been a roadie when The Llama Kings had come to Windenburg a few years ago. I was too entrenched in schoolwork to go and besides, I felt funny not being able to talk to Jackson. It was a poster leftover from the adverts outside the stadium. And then Yuki gave me the sexy pic as a joke and my dad gave me the other one.

I shook my head.

They didn’t understand. Jackson and I weren’t meant for each other. I knew it. And I wasn’t about to have a long distance relationship with him back then. I was glad because it sure didn’t end well with Winter. Now they were bitter enemies. What good was that? I might have been the reason for his song, Despicable. No way. It saddens me that he was so hurt by her.

Getting back to the article about vampires in some weird place called, Forgotten Hollow, I wrote a bit but my mind wandered. 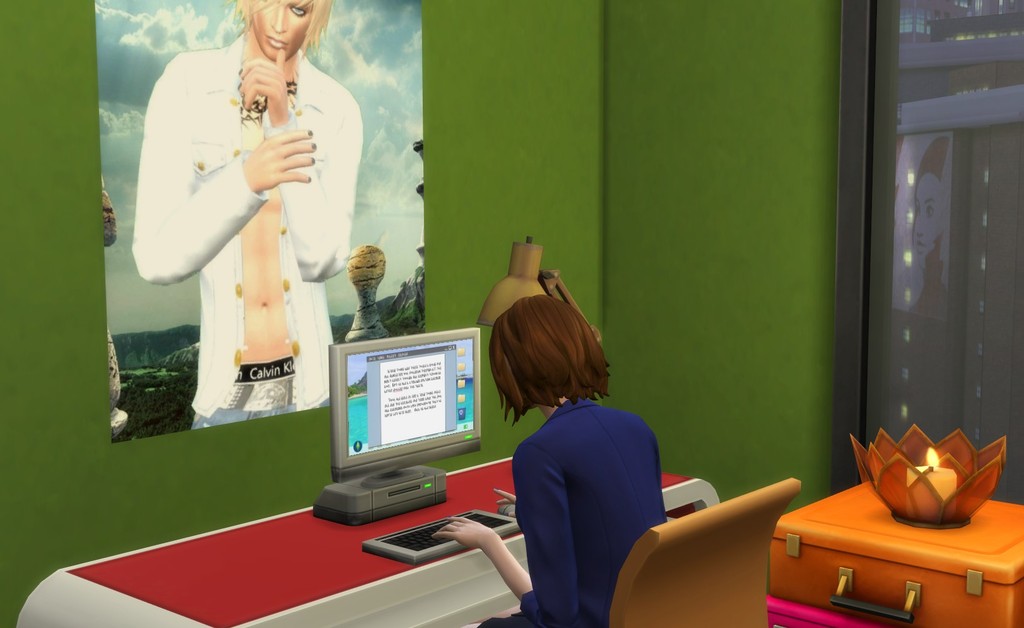 I remembered back to high school when Jackson and I were such good friends. We’d always hang out at Grids and Vids watching stupid movies. 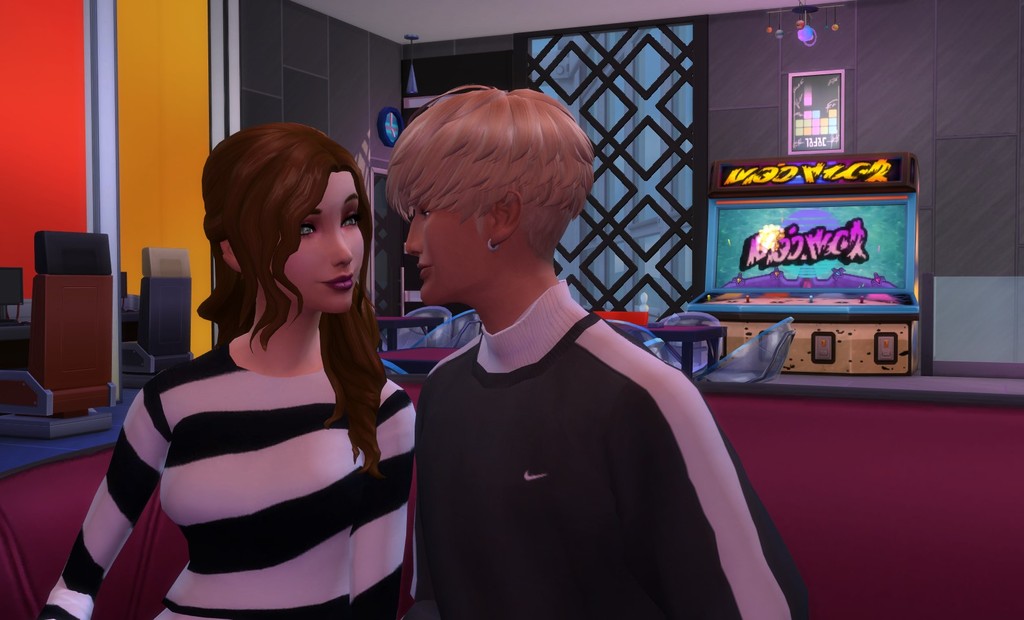 We were so close to kissing so many times. I grinned at the memory. 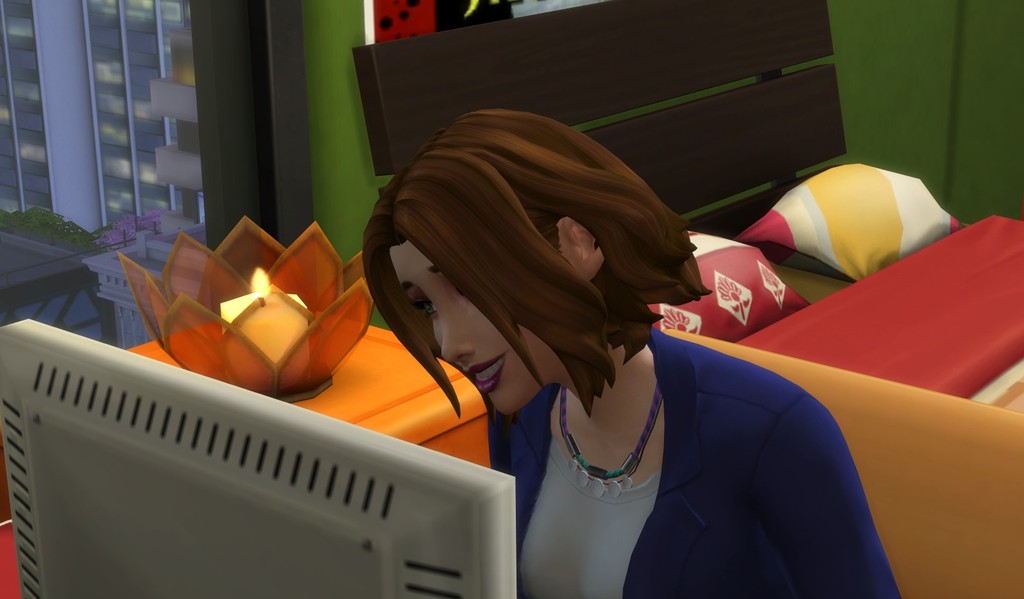 And I wondered what would have happened if I would have let him kiss me that day in the Richardson’s basement. 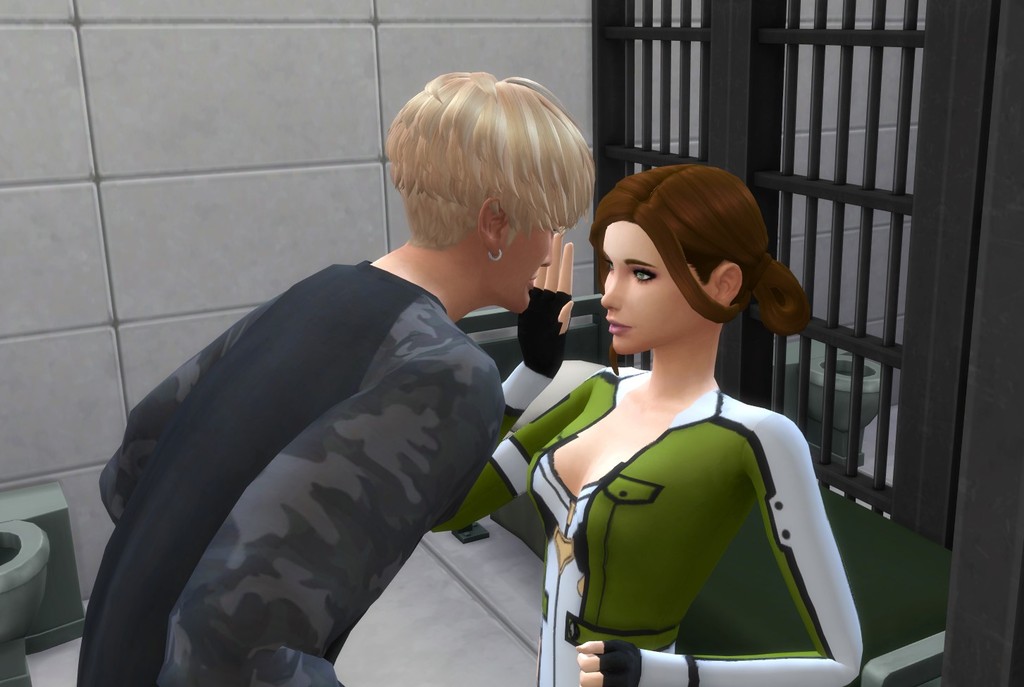 But I shook off those thoughts. What would have happened was frustration and a broken heart.

I went back to my article. I had a deadline to make. The boss wanted all of us in tonight with finished stories. He was putting together a super issue. I wanted to barf. Who would have guessed that Lucille Mueller, the girl who wanted to take on the world and change it for the better would slink so low as to write for a widely popular tabloid whose mantra was selling copies instead of telling the truth.

But it paid the bills.

I would bide my time. Rise in the ranks and leave for a real reporter’s job. One day. 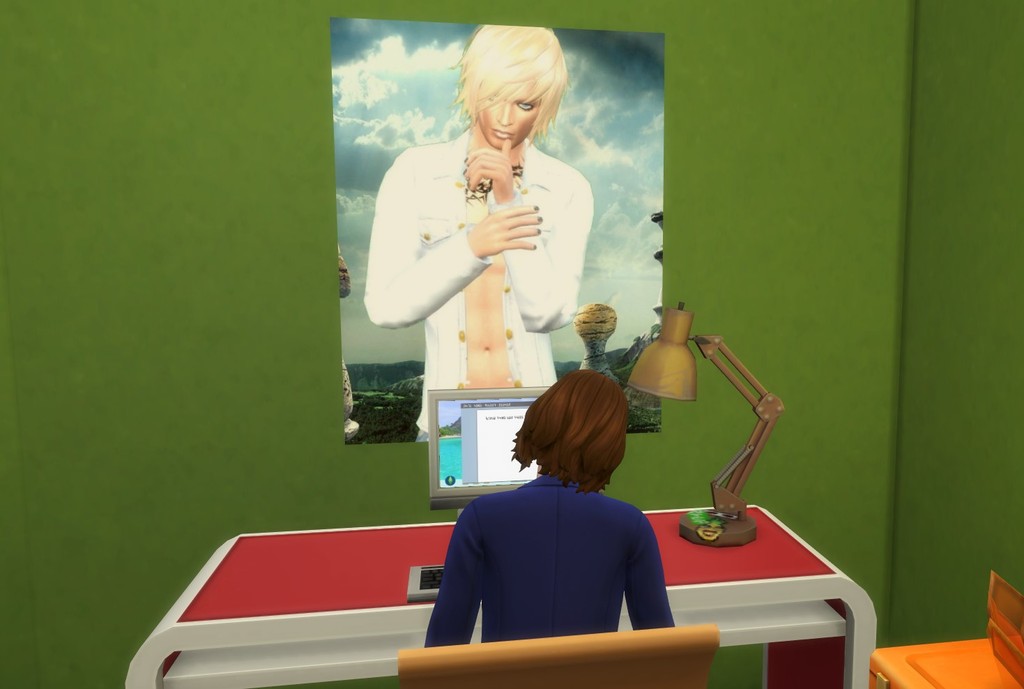