I always looked forward to fifth period. I was an office aid with THE hottest, richest and most popular guy in school.

Having the Richardson name alone made him attractive to me, but the guy had these baby blues any girl could drown in. I needed CPR whenever I splashed into them. And fast.

But he wasn’t in the office. When I asked the secretary, Liberty Lee, where he was, she said Ms. Nunce pulled him out for some private lessons. I bet. That cougar had her eye on my man and used her power to get some alone time with him. It was criminal. The woman had to be at least thirty! Ancient! Well, not with my man. I had a six-year plan for Jackson.

Year one: High school sweethearts. We’d be named the most beautiful couple of Newcrest High. Shoe in’s for Prom King and Queen.

Year two: Jackson and I would go overseas on a year long tour of many countries, staying at the fanciest hotels and eating the most extravagant delicacies.

Year three-five: While he worked on his music degree, I’d get my undergrad in business, earning it in under four years. Then one of his fathers, the fabulously powerful, Knight Richardson, would hire me. I’d go to work immediately in Knight Towers. The Richardsons loved to keep top jobs in the family, therefore...

Year six: Jackson and I would make our love officially known to the world by tying the knot. THEN I’d get a promotion while Jackson could live his dream of becoming a musician. He could tour with the San Myshuno symphony while I kept the Richardson Legacy at the top of the stock earnings list.

Eyeing my husband-to-be practicing the violin, I sidled up to him. “Jackson...you know you’re supposed to be in the office now. Right?”
​ 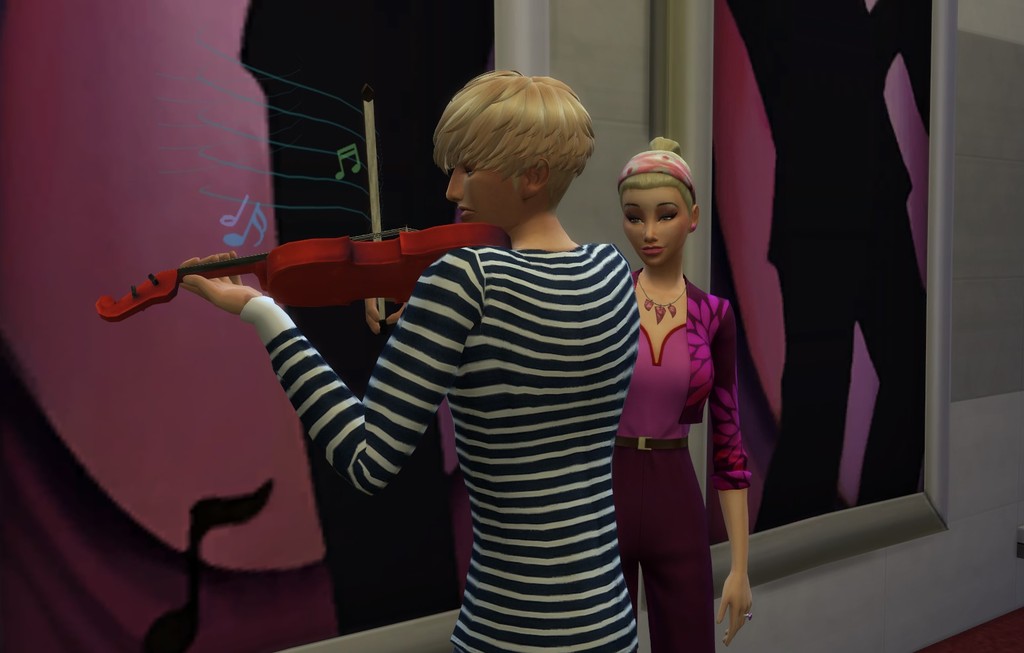 He stopped the beautiful violin music and said, “What, Winter? I couldn’t hear you.”

This called for some acting on my part. If I wasn’t destined to become one of the richest CEO’s in the Richardson legacy, I definitely could be an actress. “Oh, Jackson! Principle Gavin is so mad at you. He says every time he needs you to run an errand for him, you’re not around. I think he’s going to put you in a boring careers class instead if you don’t watch it.”
​ 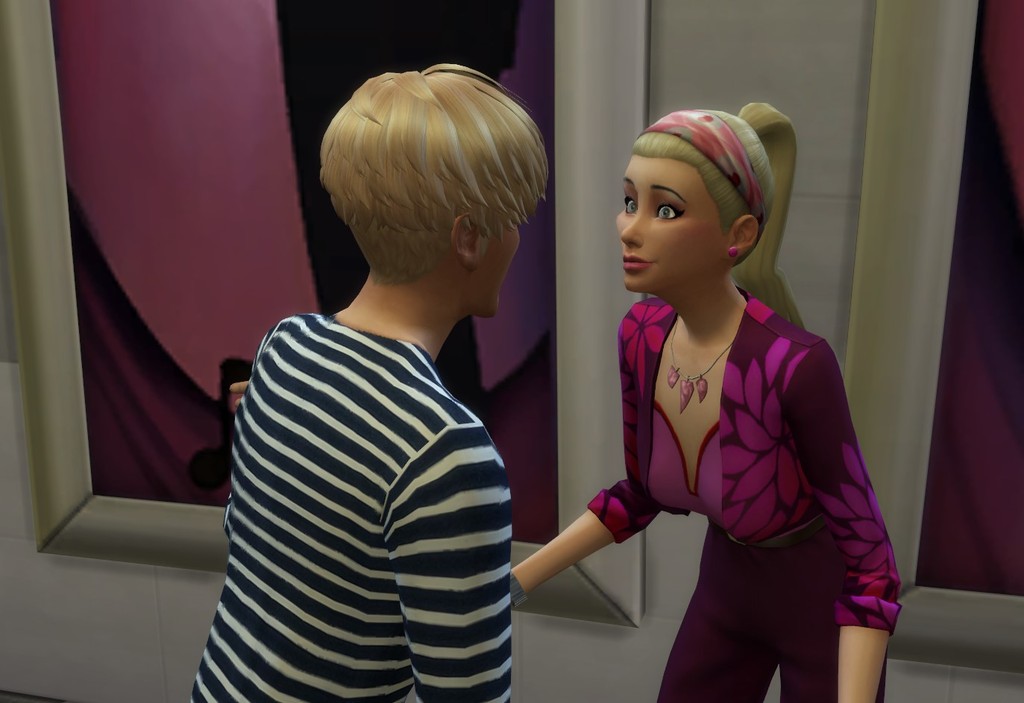 “God, really? But Ms. Nunce said she got the okay from him. I’m working on this piece for the Snow Ball. Are you going?” 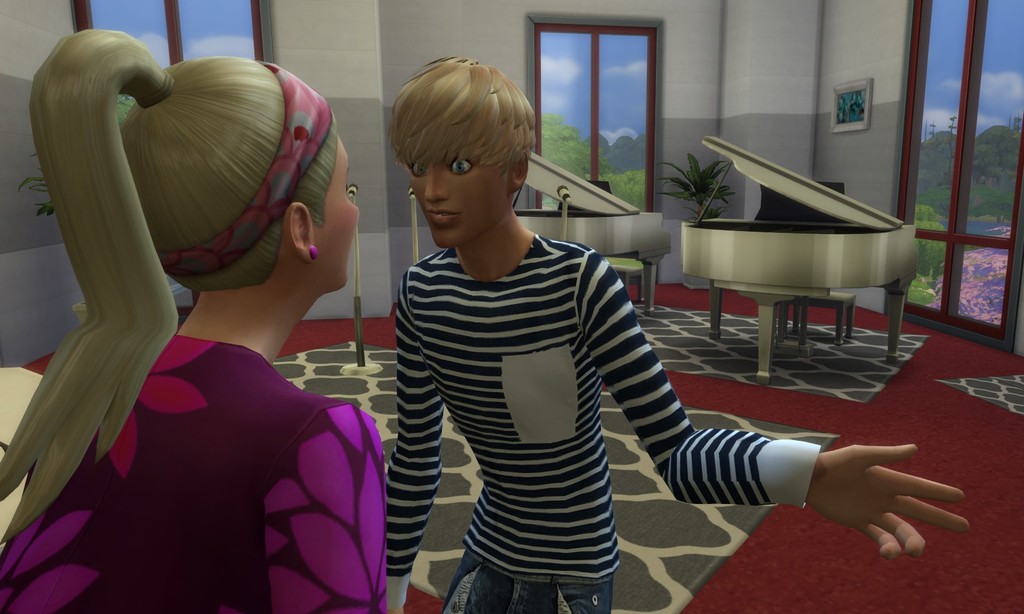 Squee! Jackson is asking me to the Snow Ball! I’ve got to play it cool. I shrugged, acting like I could care less that JACKSON-THE-CUTIE-PIE is asking. “I haven’t made up my mind. After all, I’m highly sought after.”

He half smiled in that gorgeous way of his. “Well, you should definitely go. It’s going to be fun.”

He took my hand and squeezed it. “Great! I’ll see you there!” Then he turned around and started practicing again.

Stunned, I couldn’t say anything. Jackson wasn’t asking me to go with him. If I could have died one thousand deaths, I would have right there in the middle of Ms. Nunce’s music room.

But Jackson wasn’t getting away from me that easily. I had my ways into his circle. And that way was none other than hunky Rowan Atsukari. The boy would do anything I said.

Jenny Garraph asked me to help her in the library as an aid instead of doing my usual study hall. I didn’t mind. Especially since I had to bug out of performing my office aid duties.

Ro walked in and said, “What’s up? Why are you behind the counter? Don’t we have to study? We’ve got a huge test in science today.”

“Duty calls, dude. You know I can’t say no to damsels in distress.” I pointed to Jenny who was typing away on the computer behind me.
​ 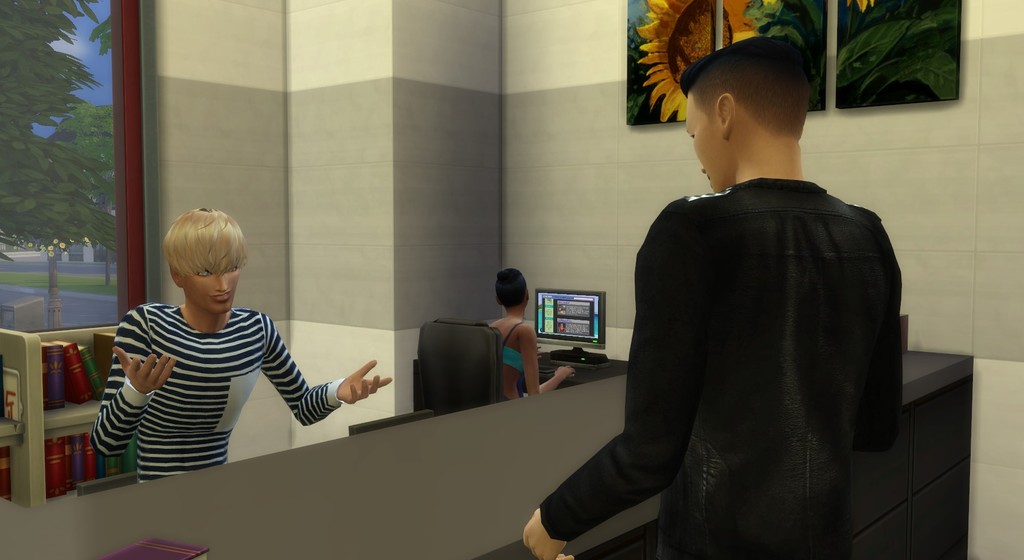 “Oh, God, Jackson, give it a rest. The knight-in-shining-armor thing you’ve got going on is nauseating. I only chose you because you were the first one here.” She shook her head. 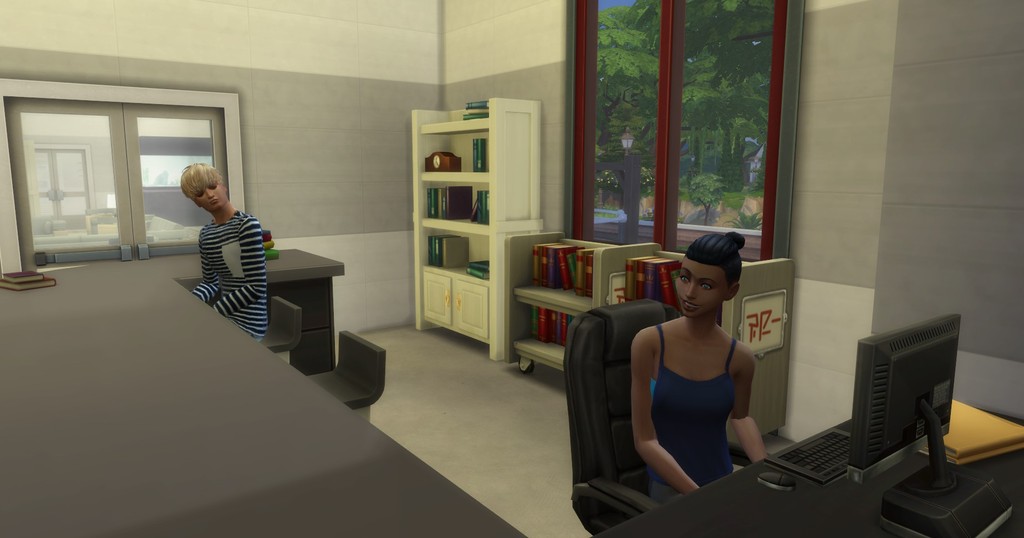 Ro rolled his eyes. “Anyway, dude, are you sure you want to ask Sandra to the dance?”

He pointed behind him and whispered, “Because the hottest girl on campus is jamming for you. If you asked Winter, I know she’d go.”
​ 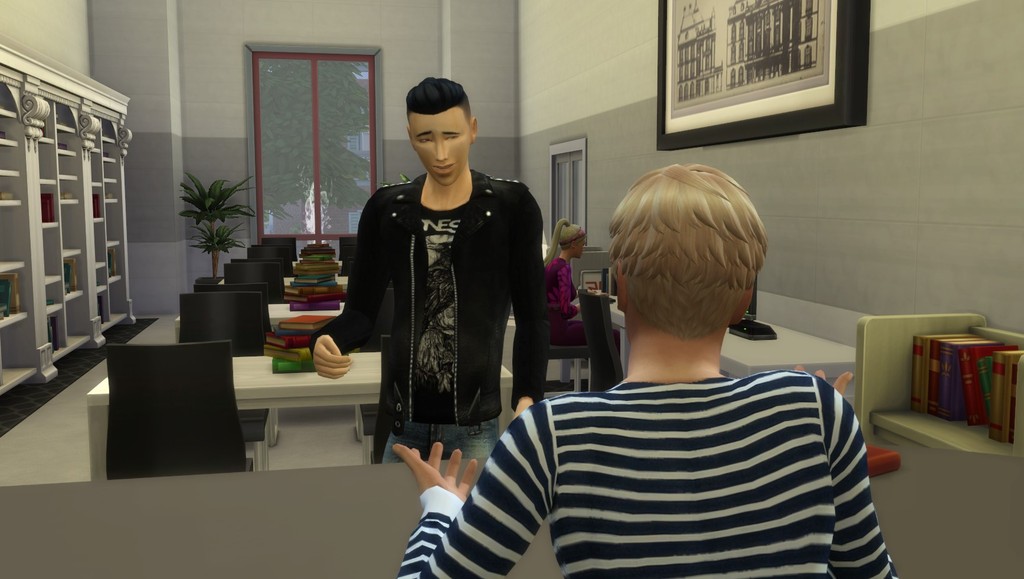 I squinted at him and whispered back, watching her on the computer, hoping she couldn’t hear us, “Yeah, Winter might be hot, dude, but she’s a total snob. No way would I ever go out with her. I like sweet girls. She’s so....not.”

I went on, “So what about you? Who are you taking?”

He rocked on the pads of his feet, something he did when he was uneasy. “Um, I’m not taking anyone.”

“You’re going stag? Dude, that’s so lame. Come on. I want you to go with me and Sandra. Take her sister...or better yet, take Winter.”

“Well, I’ll find you someone you’ll like. Leave it to me, okay?”

Putting his hands behind his back, he said, “Fine. Go on a chick-hunting trip for me then. I’ve got to study. If I don’t get a basketball scholarship, at least my grades might get me one. Not all of us are rich plums like you.”

With a library note in my hand, I knew just the girl for Ro. She was opinionated but sweet. Someone who could take charge in a relationship. Ro needed that. I looked up where her class was on the computer and as luck would have it, she had yearbook this period. She was the class photographer. It was always good to be friends with her. Your pic would splash almost every page if you only waved at her.

Sneaking up, I scratched my chin. “That’s strange. Why are you photographing our arch rival’s mascot? Last I checked we were the Fighting Llamas.” 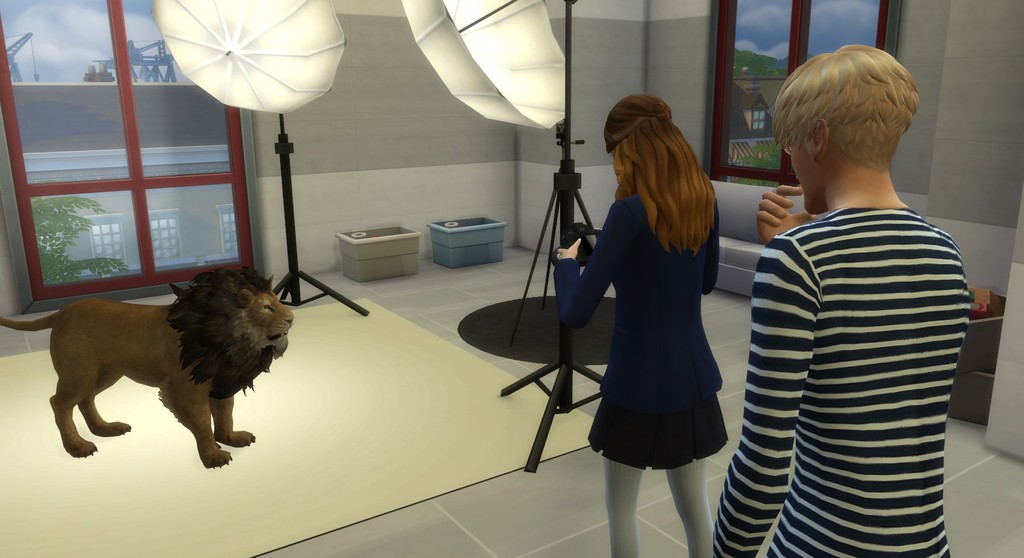 “Jackson?” she asked, with a smile in her voice. One thing about Luci Muller--she had the most gorgeous voice. I knew instantly if she wanted to, she could sing.
​ 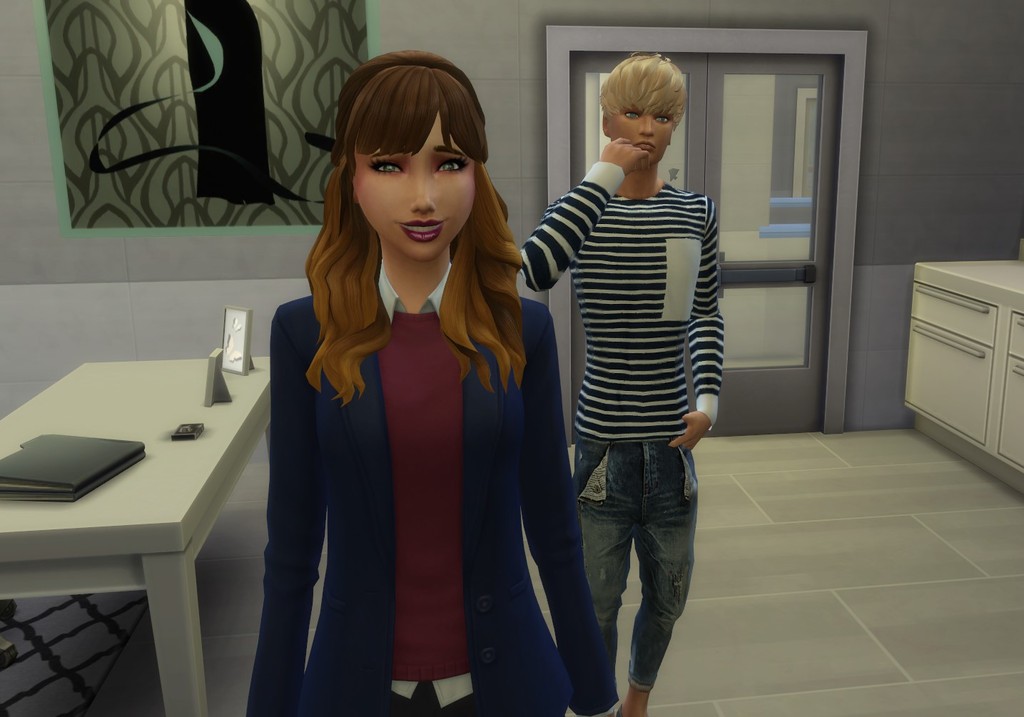 Turning around, she said, “What are you doing here?”
​ 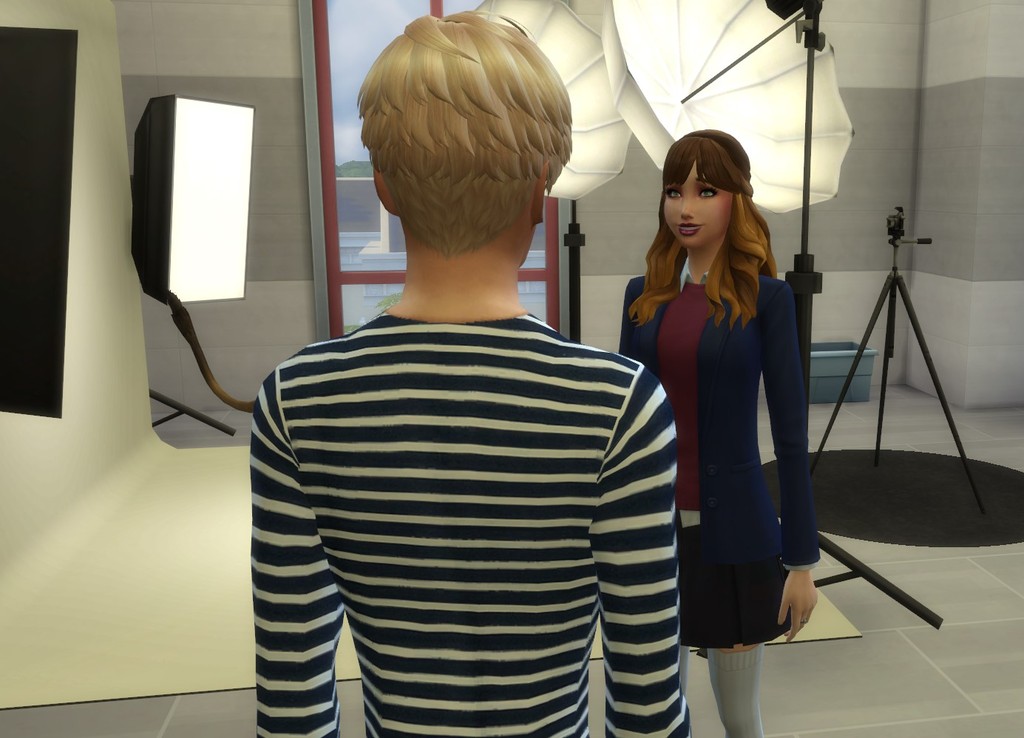 God, what was I going to say? My buddy Ro is too shy to ask you to the dance so he sent me down to do the job. This had to be done in parts—one part stealth and the other part luck. But buttering her up couldn’t hurt. I patted her shoulder. “Just came to see you. How’re you doing?”
​ 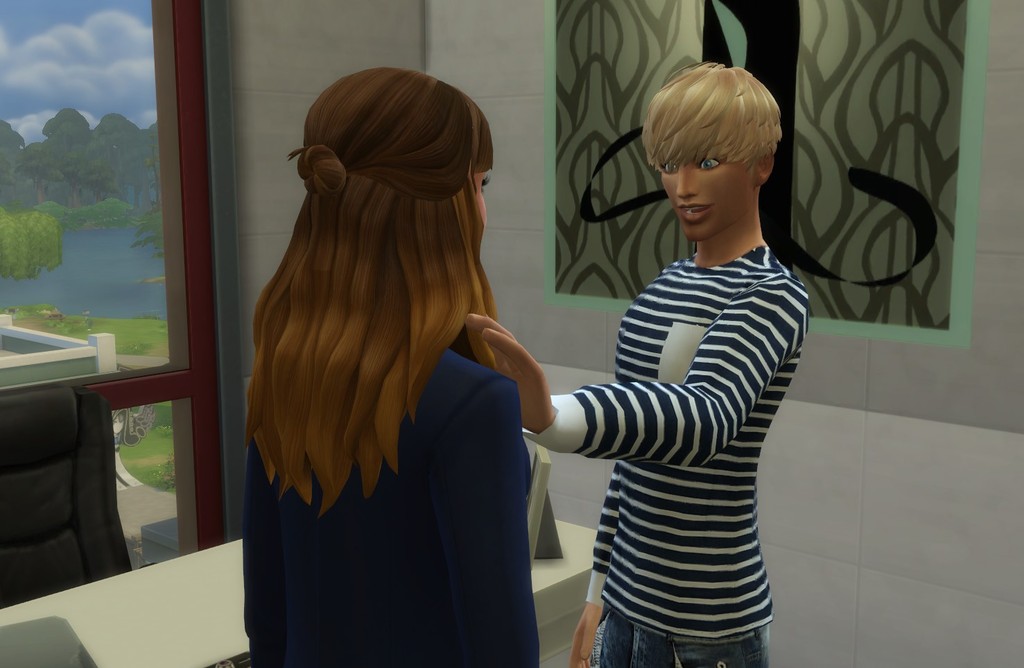 Her eyes lit up. I never noticed it before, but the girl had the most awesome green eyes. They were like lime crystals. “I-I’m fine,” Luci answered. “Aren’t you supposed to be in class?”
​ 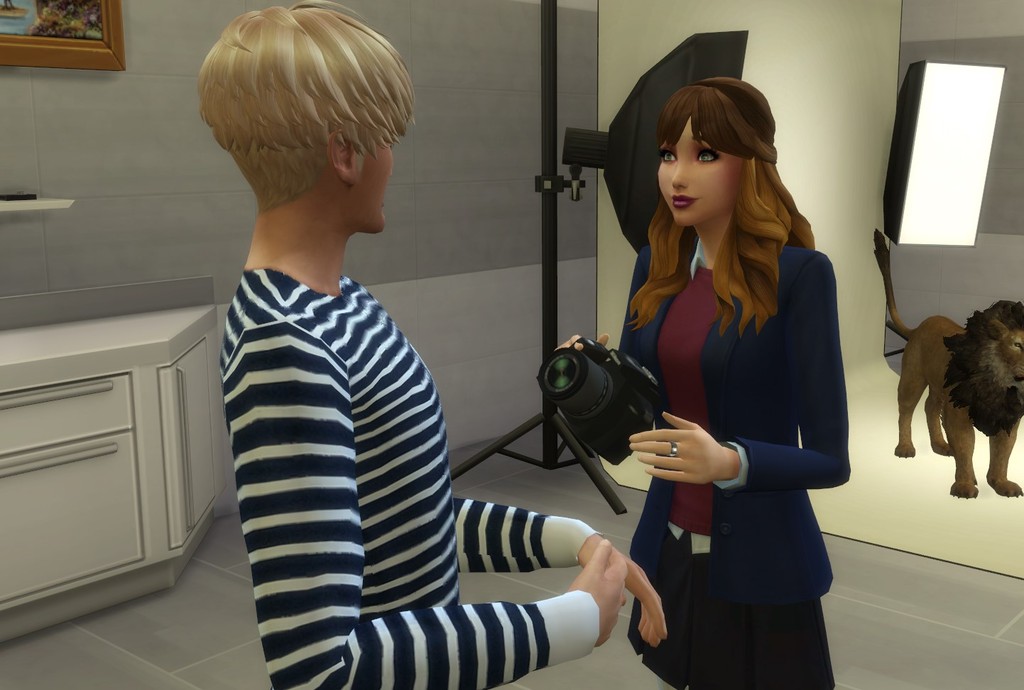 “Yeah, well, I got tired of doing homework in study hall and looked you up. Thought you could use some company in this boring class of one.”
​ 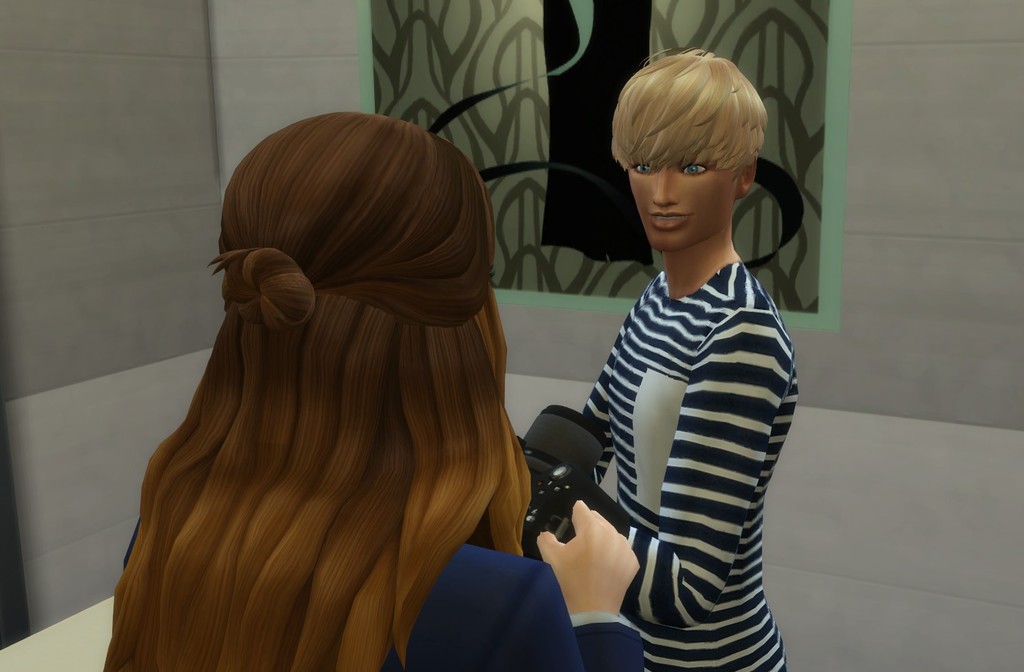 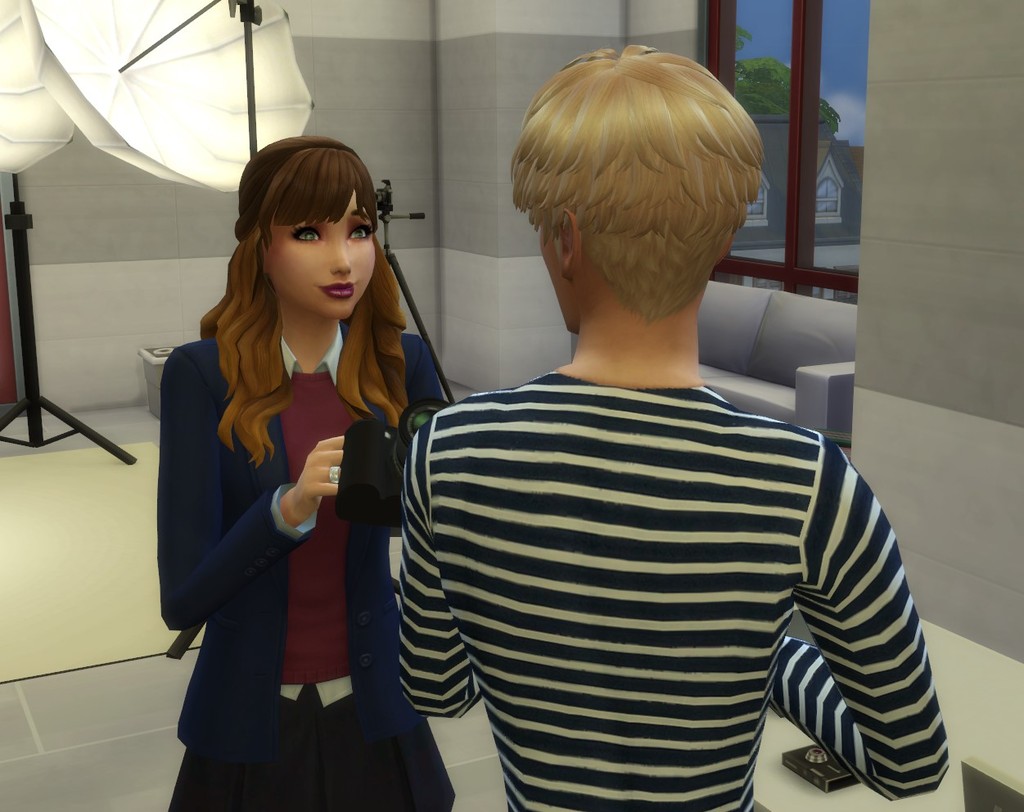 “Yeah...and...um...” I put my hands in my pockets, casting for a way to do this correctly. “Are you going with anyone to the Snow Ball?”

“Did you want to go with someone?”

Looking at her camera, she said, “Well, I normally work at the dances, taking pictures.”

“Oh, yeah. I forgot about that.” How st*upid of me to forget she’s the one having to take pictures for the yearbook. Lifting my finger, I said, “Well, there’s no law that you can’t go with someone AND take pictures. Right?”
​ 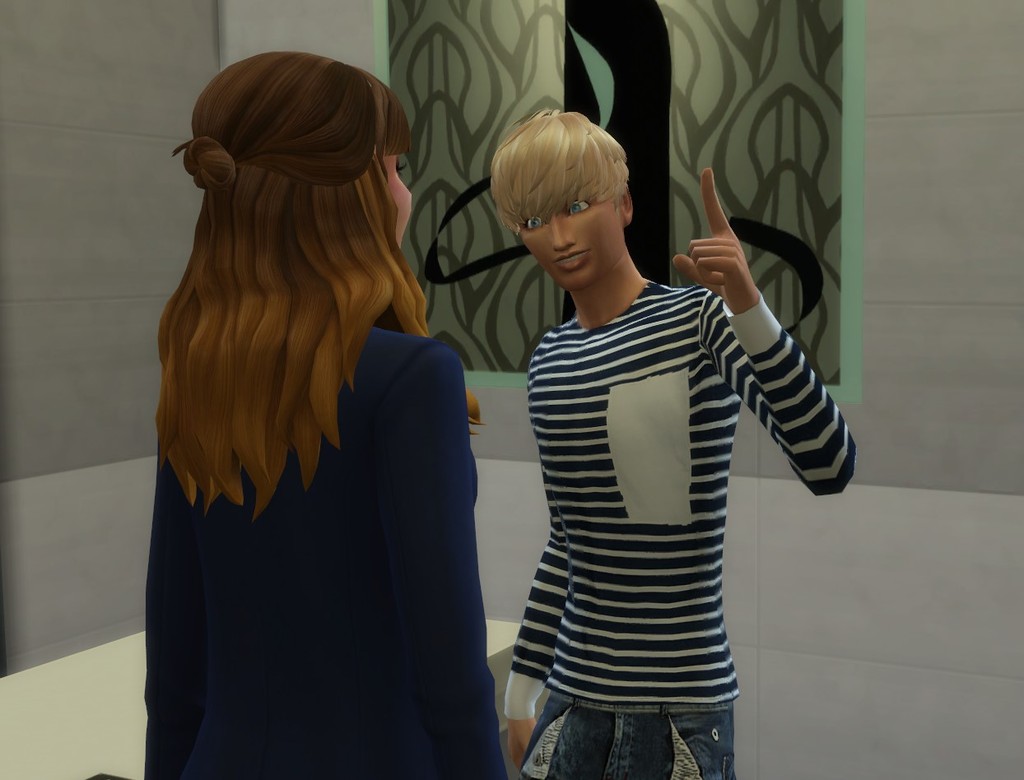 Smiling so big it lit up her whole face, she said, “You know, Jackson, I think you’re right. I can take pictures and enjoy the dance with someone.”
​ 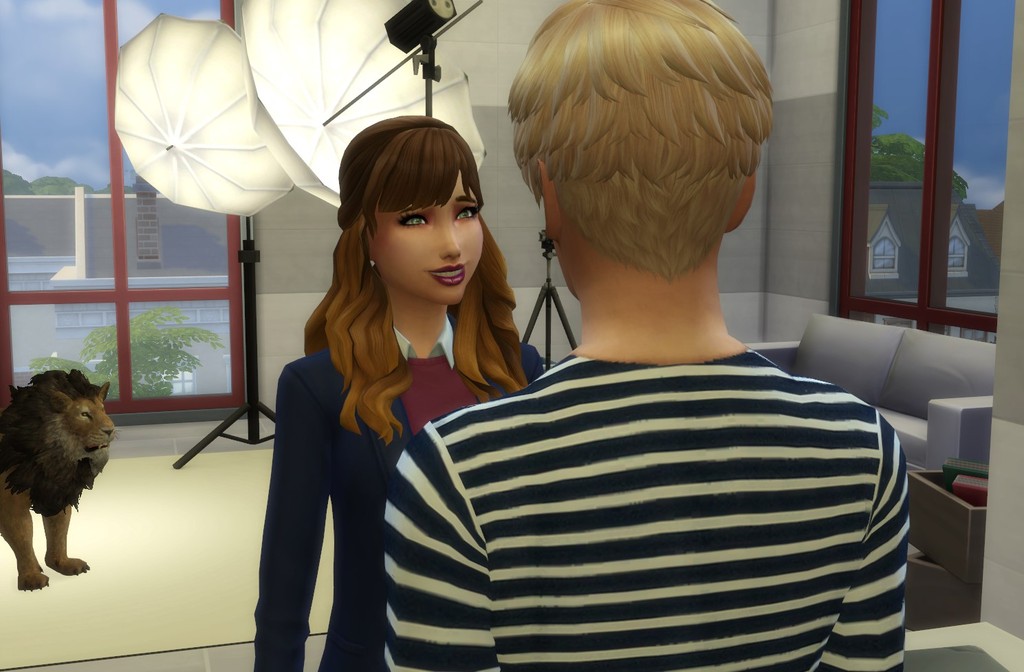 “Dude, you’re so in! I’ve got her all primed and ready to say yes to you!” It all worked out better than I’d expected.

“Luci Muller? She’s like a femi-nazi. I didn’t even think she liked dudes. She’s always protesting one thing or another. Didn’t she do that sit-in protest when your grandfather won the governorship?” 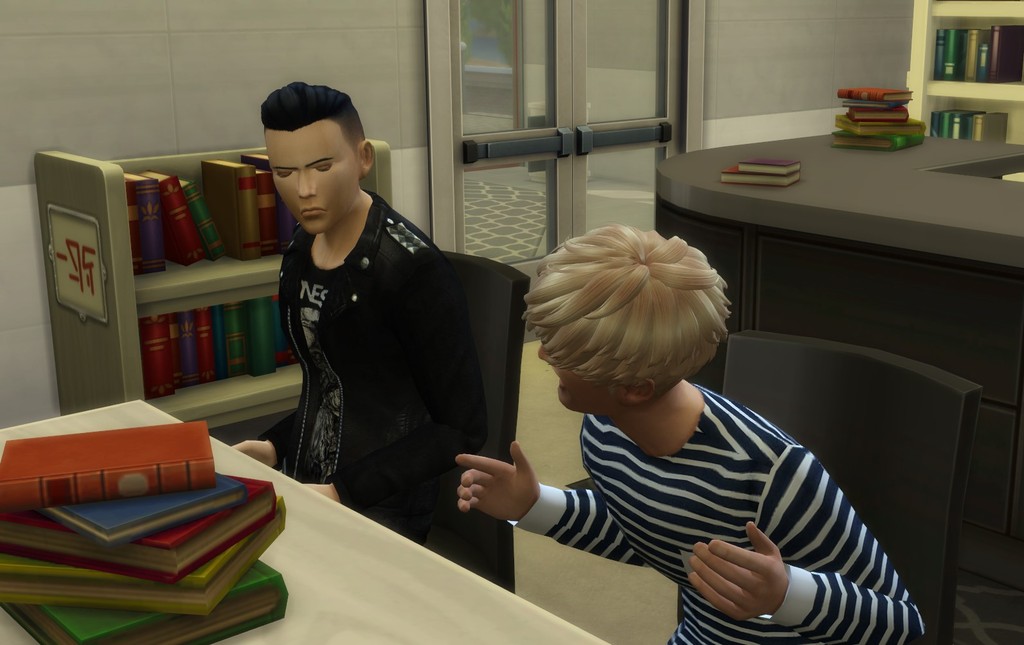 “Yeah, so? That’s what’s so charming about her. I like a girl who knows her own mind and isn’t afraid to show it. What’s wrong with that?”

“But, dude. Your grandfather. She hates him. I’d never like a girl who hated your family.”

“Politics, dude. That’s different from personal. She likes me and I’m a Richardson. And to be honest, my grandfather’s views are totally different than mine. In fact, he wasn’t okay with my fathers getting married. If I could, I’d go out and protest with her, but I wouldn’t want to hurt Grandpops feelings, so yeah. I won’t.”
​ 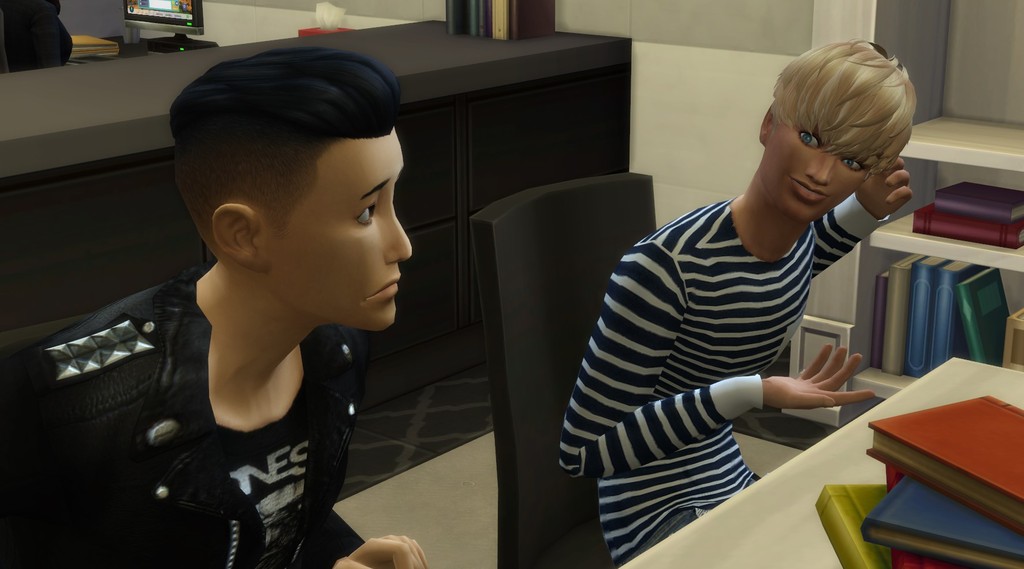 “I don’t know, Jackson. Luci Muller. If it was anyone else.”

“Then ask Winter. Geez, time is running out.”
​ 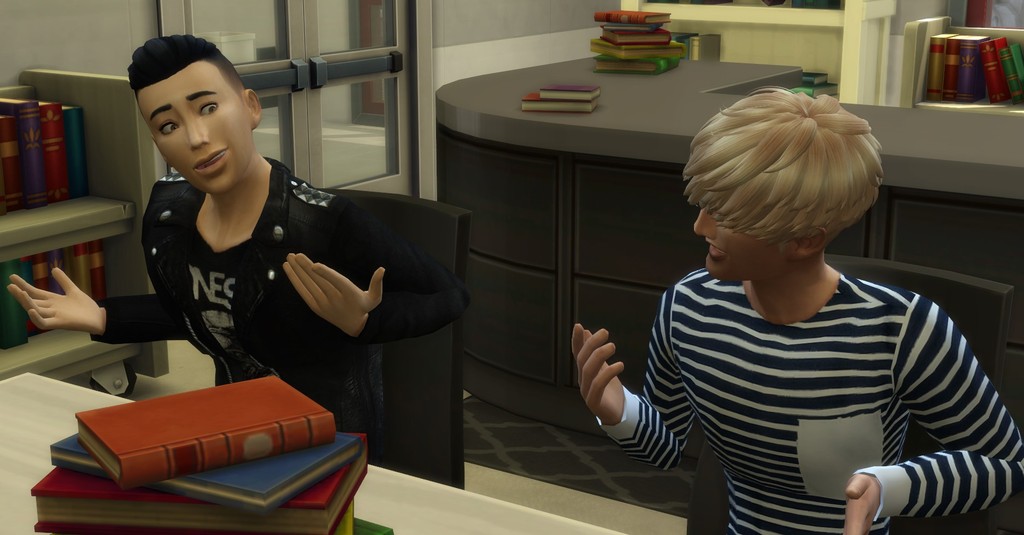 I added, “Look. We’ve got music next period. Ask her then. If she says no, will you promise to ask Winter or Diva? I know both of them at least like you as a friend.”

“Oh...okay, but you owe me. I really didn’t want to take anyone to the dance. I like hanging out and watching everyone make fools of themselves.”
​ 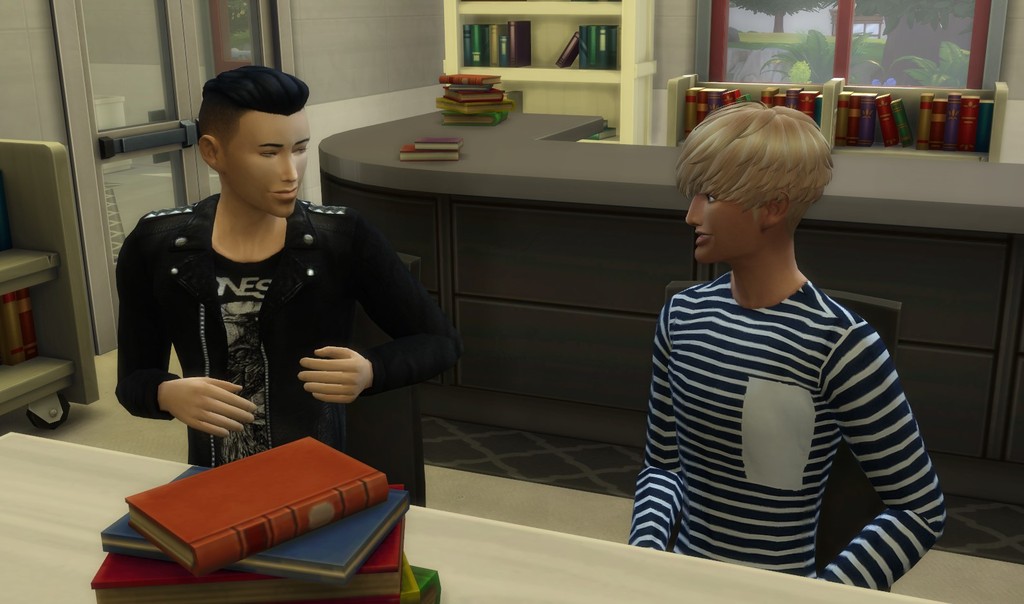 ​
“Ha, ha...you’re weird, dude. I, for one, am planning on dancing with the sweetest girl on the planet. I don’t have a clue why you don’t search for someone who yanks your chain like that.”

“I guess I haven’t found that someone yet. But I know I will. I’m not in a hurry.”