The days zipped by but I felt as if a heavy weight pushed down on my chest. It clouded our time together which should have been light and breezy like the soothing ocean wind.

“Angel, what’s the matter?” Jackson finally asked one morning. “I know something is bothering you. You’re not yourself. Have I done something to upset you?” 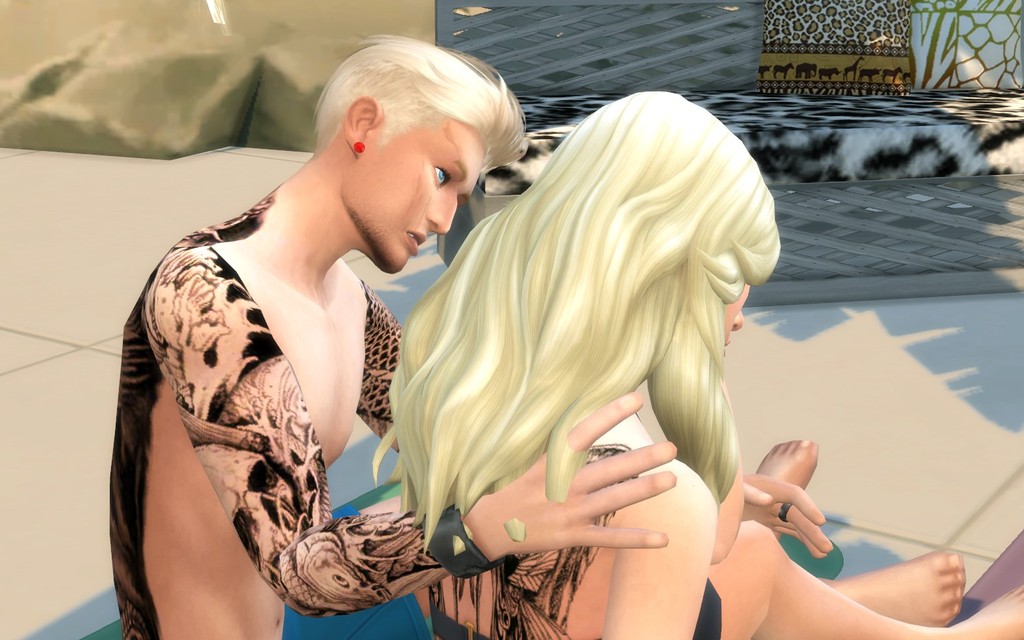 I could feel the edges of my mouth pull. I didn’t want to cry about this nor did I want to ruin our honeymoon. “It’s nothing. Really.”

Gathering me up, he cradled me, stroking my hair. “Baby, I know something is wrong. You have to tell me what it is.” 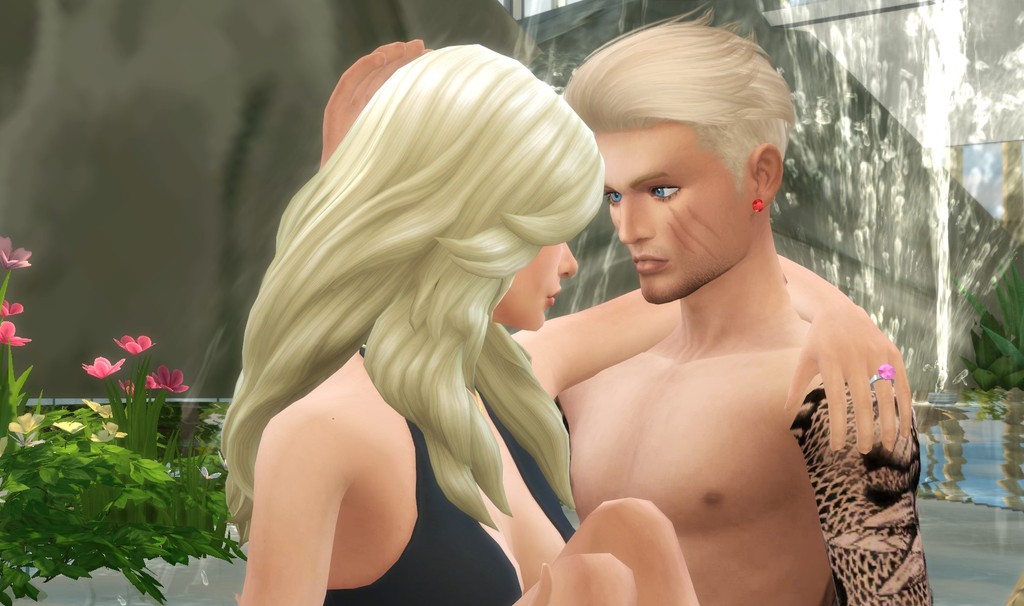 Stomach tightening, I felt trapped like a cornered rat. I had to confess. “I’m pregnant.” 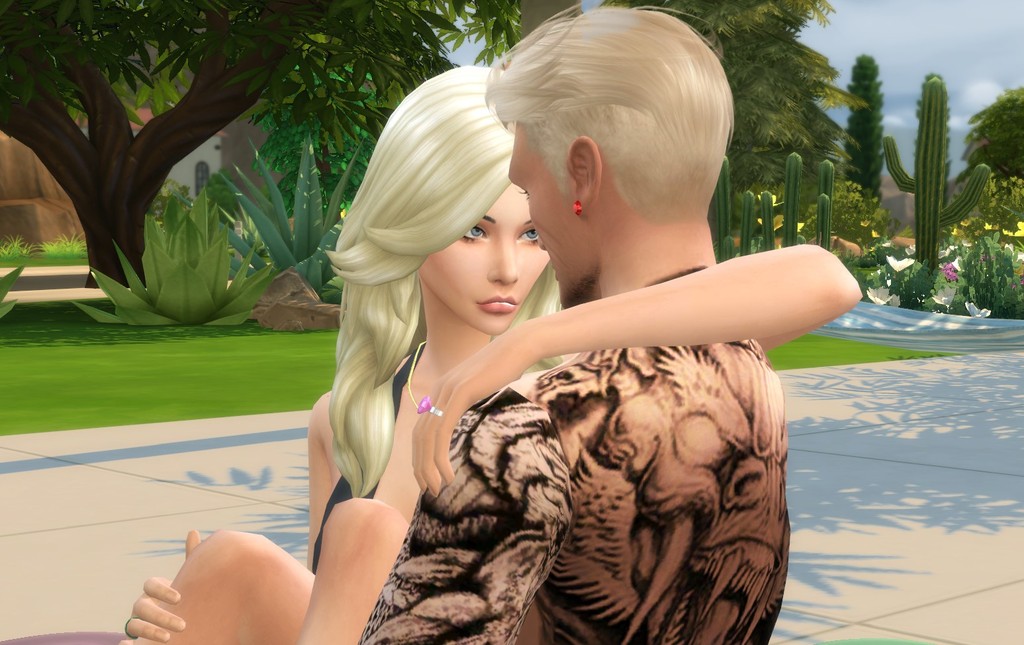 “Shit,” he whispered, pulling away.

I gripped his face, scared at his reaction already. “It’s not the end of the world, is it? We wanted to have children anyway.” 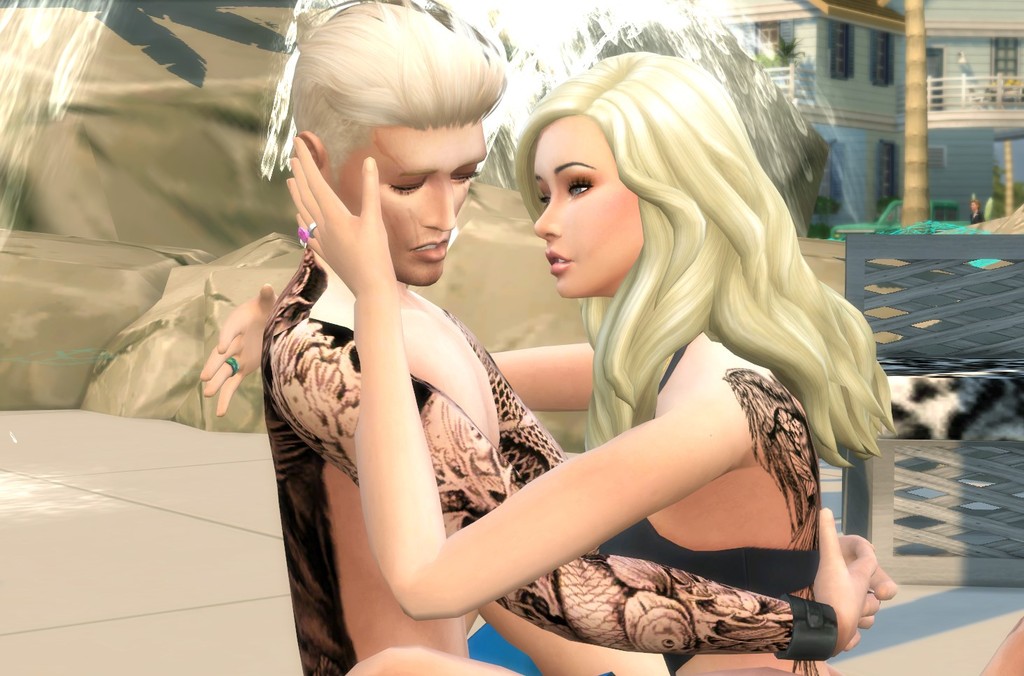 Shaking his head, he said, “Yeah, but my tour, your work...we’re just not ready.” He pushed me off his lap, grabbing at his hair.

“How the hell to you propose that? I’ll be gone for most of your pregnancy. Shit. You plan everything, Winter. How in the world did you forget to take the freaking pill?”

“I don’t know. God, I’m sorry, Jackson. It was just a slip up. I didn’t think it would matter. Who gets pregnant by just missing a few pills?” 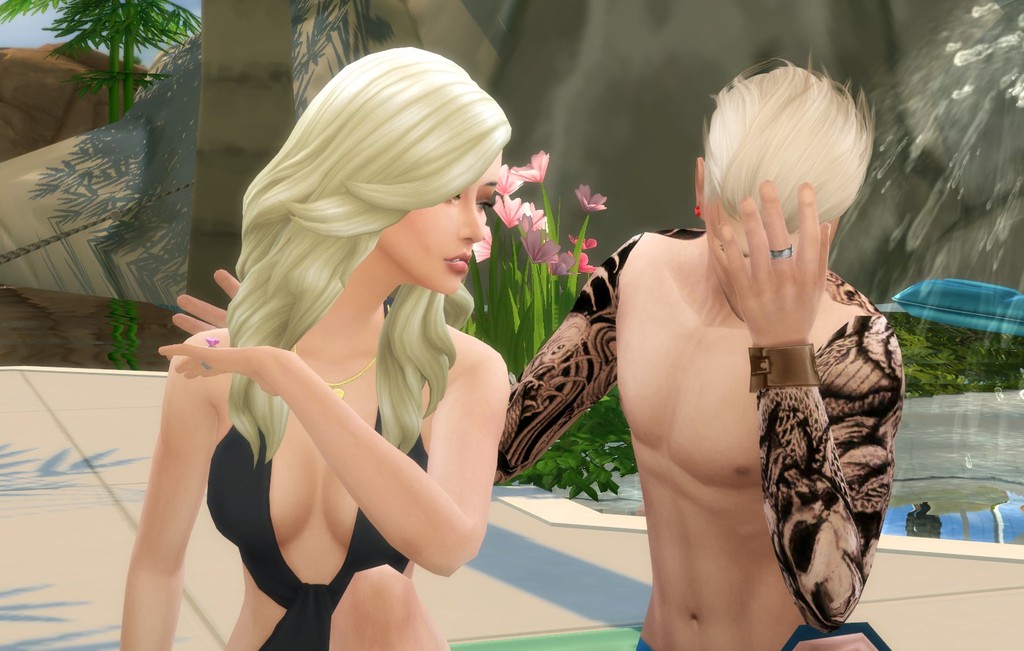 He sat there shaking his head, jaw muscles clenching. Finally, he rose up.

“Where are you going?” I asked.

Putting his hands out, he said, “I-I’ve got to think. God, Winter. You can’t just toss a bomb on me like that and expect me to accept it.”

“I’m not giving this baby up, if that’s what you mean.”

Glaring, he said, “I’m not suggesting that. But I’ve got to work things out.” Rubbing his temples, he swore, “Plum. This s*ucks, you know that? And somehow, I think you did it on purpose. As a way to keep me at home.”

That hurt. “Plum you, Jackson!” Turning away from him, I cried into my knees. I knew it would be a fight. Why did I tell him here of all places?

I felt kicked in the teeth when Winter told me the news. There was no freaking way she didn’t plan this. Winter planned everything right down to where she was going to p*iss when we’d take a walk in the park. She didn’t forget things. She was crazy smart. Plus, forgetting to take a pill just wasn’t like her. But I could see her making sure she got pregnant so I wouldn’t go on my tour. 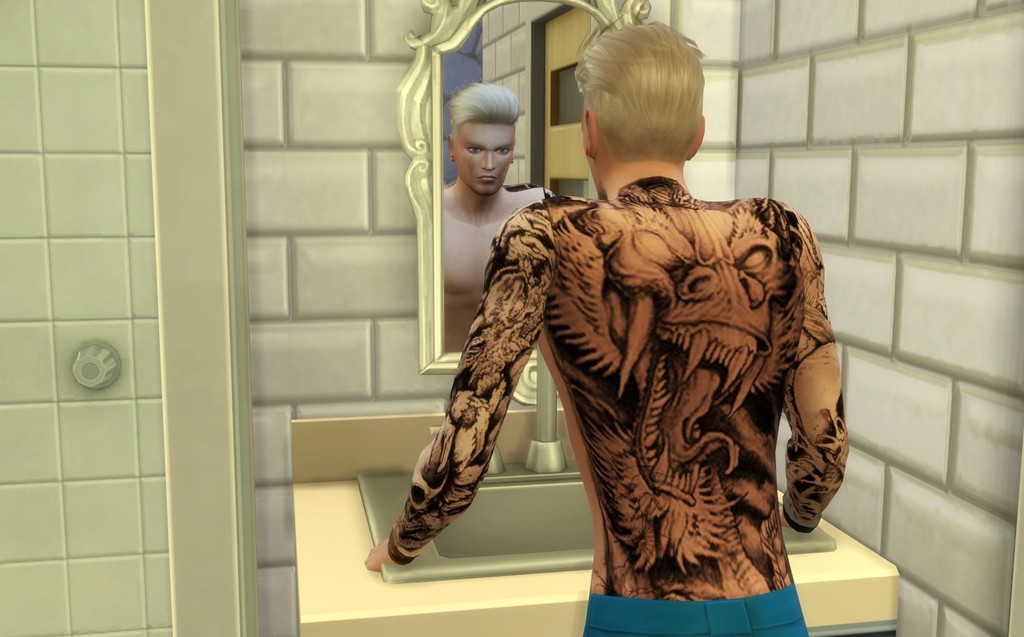 I was going whether she liked it or not. 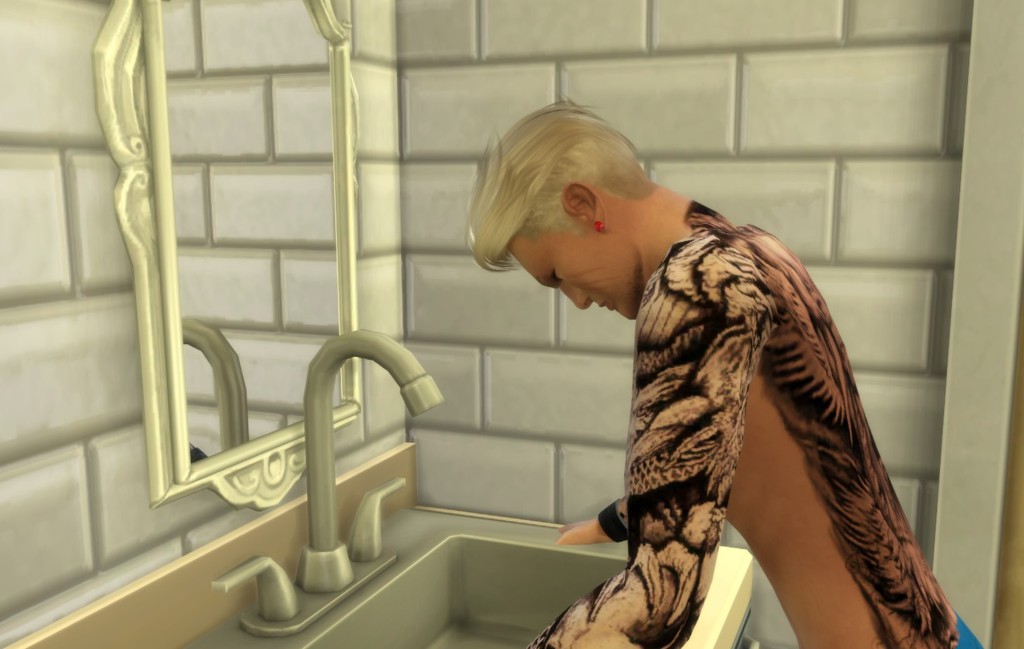 After I’d settled down, I tried to rub out the pounding headache in my temples. It was then I realized this should have been the happiest moment in our lives. I was going to be a father, for plum’s sake. And I’d just married the prettiest woman who loved me dearly. What was I doing?

People made mistakes. Wasn’t she allowed to slip up once?

And on our honeymoon. 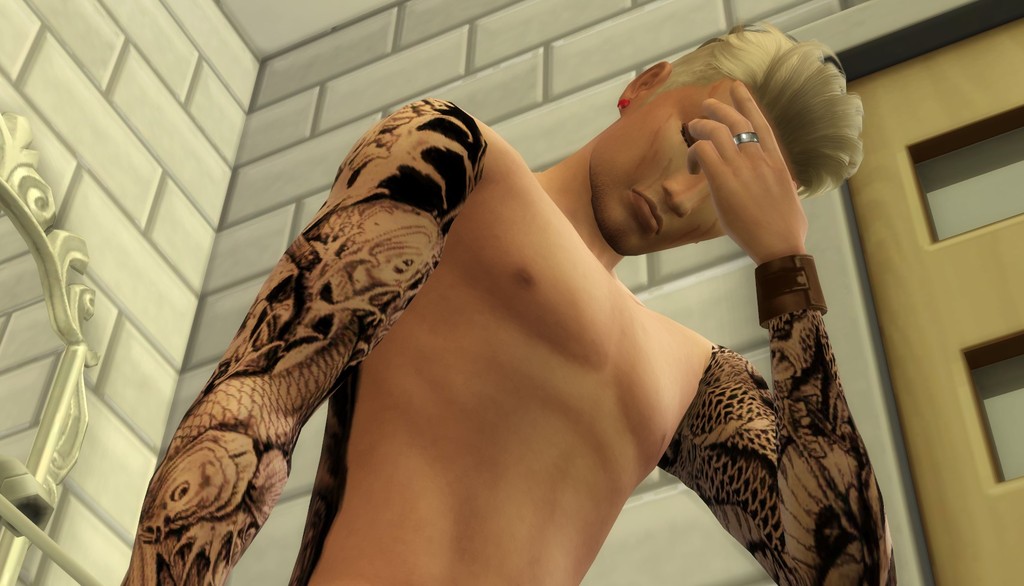 I walked down to her where she was crying and kissed her neck. “Don’t cry, Angel. I’m sorry.”

Sniffing, she asked, “You are? You aren’t mad anymore?”

“No, I...I’m not sure about anything yet, but I just know I don’t want to hurt you.” I wiped her tears off her face and kissed her.

Taking her by the hand, I led her to the bungalows out back that had a private setting for lovers.

Slipping my hands over her body, I look into her beautiful blue eyes. “I love you, Angel.” 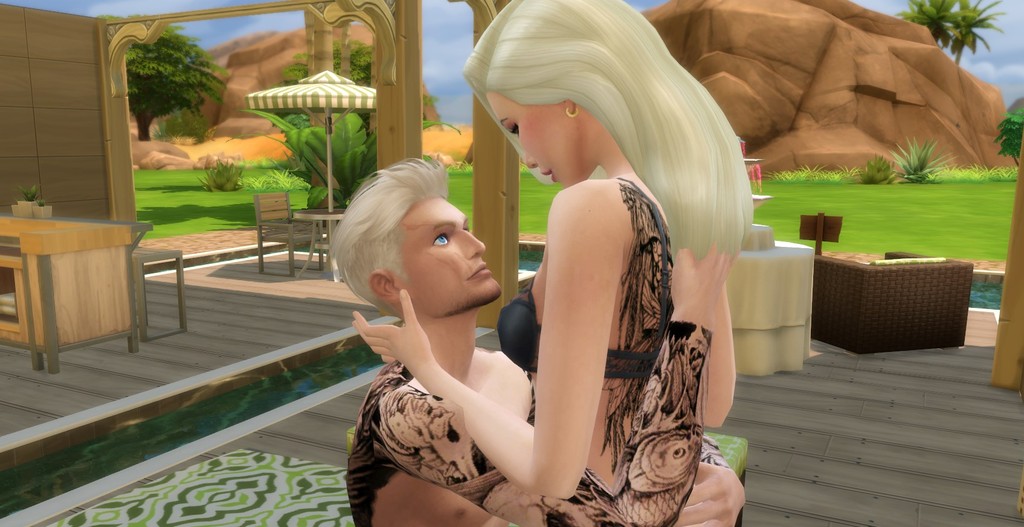 We made love for the rest of the afternoon. 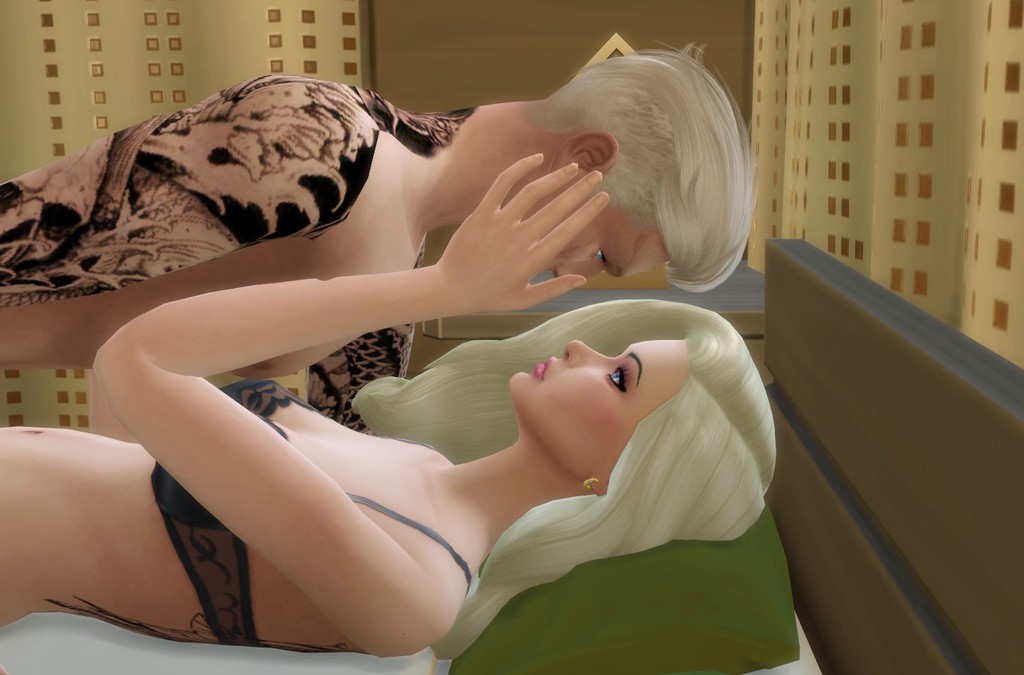 I was so happy Jackson was coming around to the idea of a baby. And I assured him that I could handle things while he was gone. I wasn’t that silly needy school girl I was in college.

“What if something happens and I’m not around?” Jackson asked.

I shrugged. “The Wilkins’ live just one building over. And besides, I’m a doctor. I can handle anything, Jackson. 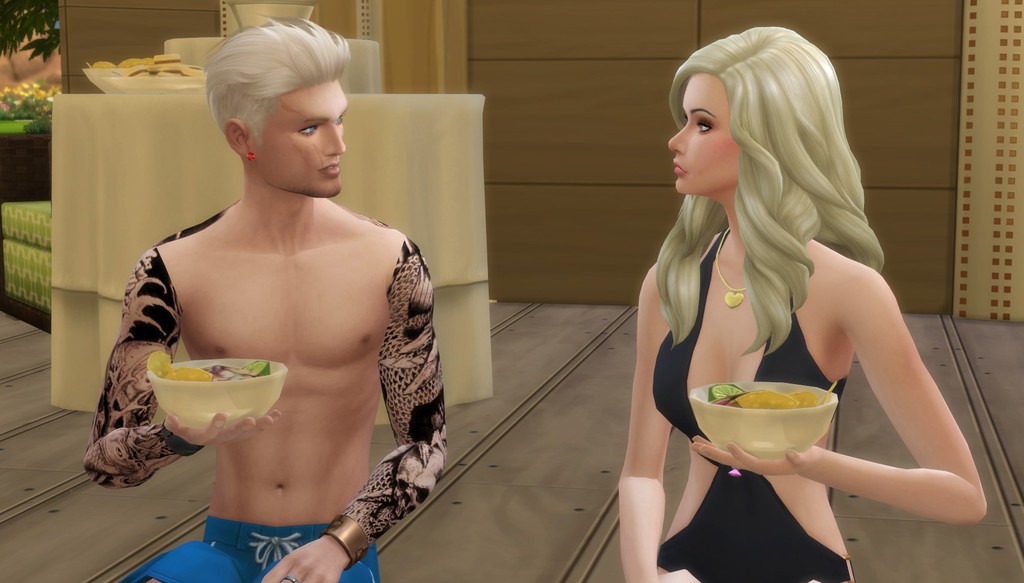 Him not being at home did fill me with trepidation but what was I supposed to do? I couldn't force him to quit his tour. I wouldn't do that. I was a big girl who worked in a hospital. What could go wrong?

It was our last night. Since Winter had dropped the baby bomb on me, we got over it pretty well. And as the days progressed, I was getting more and more excited about it. Taking her to a Tiki Bar, we strolled among the flowers, watching the sunset. 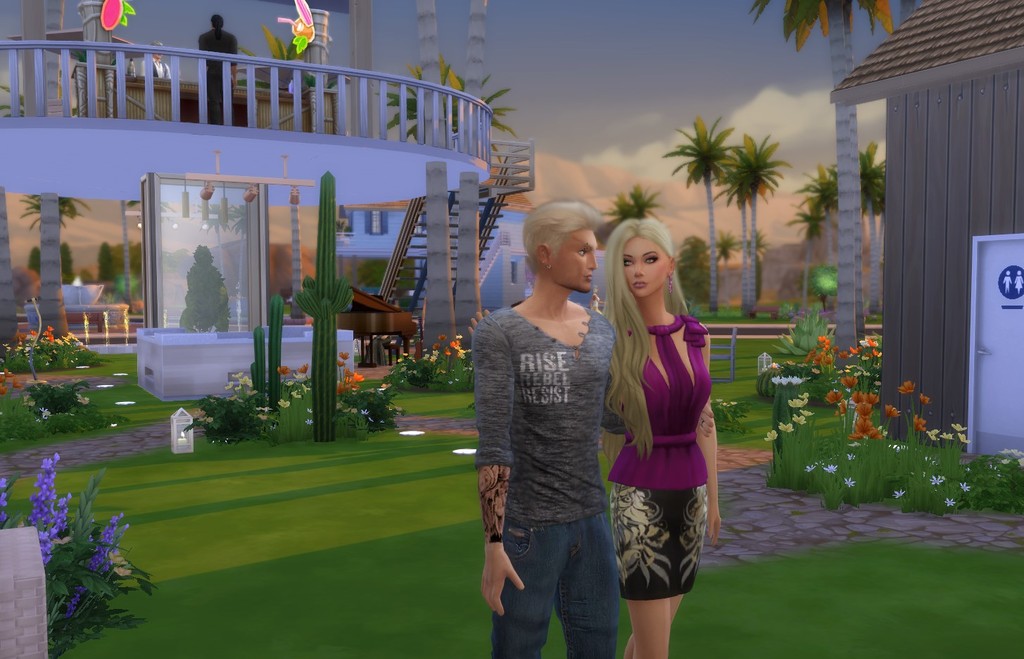 Winter drew in a huge breath, placing her head on my shoulder. “Do we really have to leave this place tomorrow?” 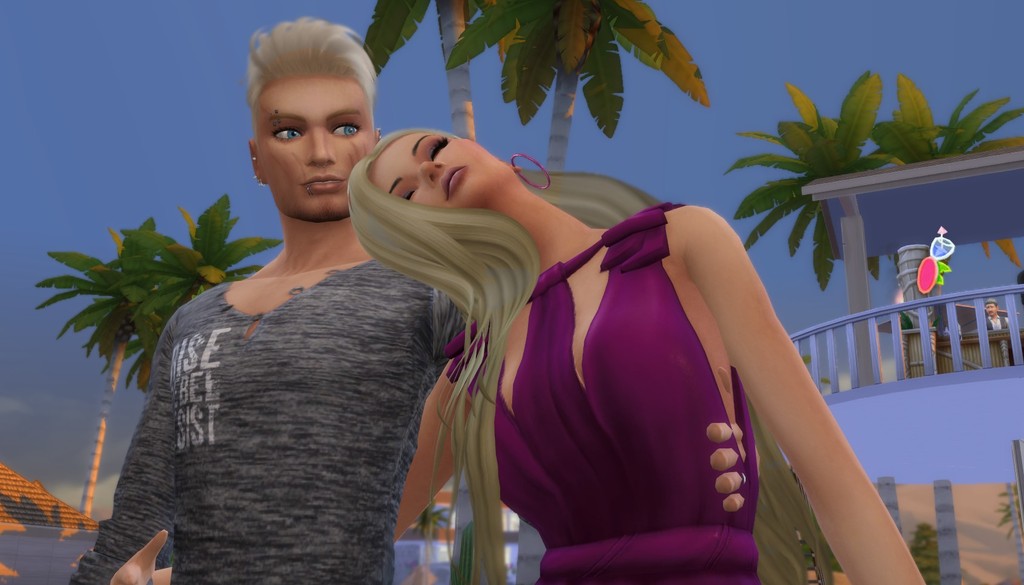 “I’d love to stay, but if I’m going to reschedule the tour, I’ve got to get back.”

“What if you can’t reschedule?” she asked. 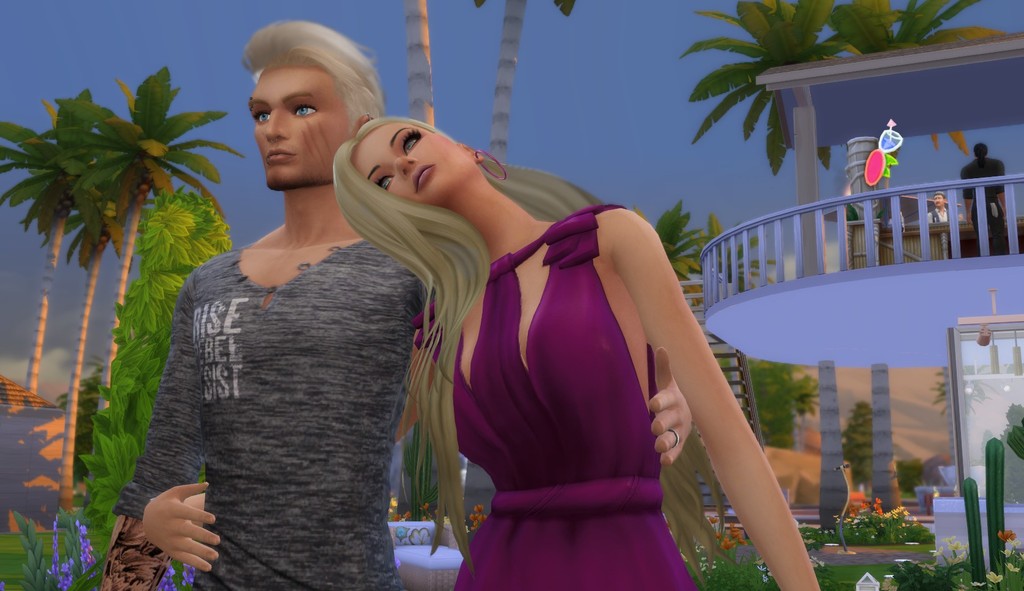 I kissed her cheek and said, “I’m the boss. I can rearrange things. I’ll make it so I’ll be home a month before the due date. Don’t worry.” 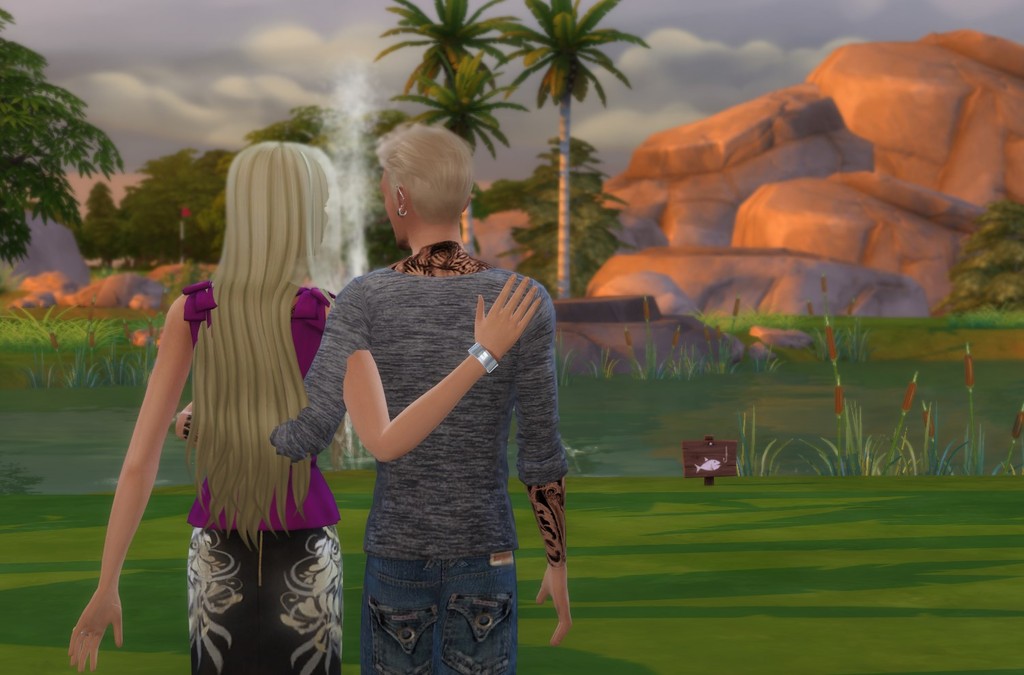 We settled on a bench that overlooked the water. “I wonder if it will be a boy or a girl?” I asked.

“Yeah, but what if it’s a girl and she looks just like me? That would be awful!” 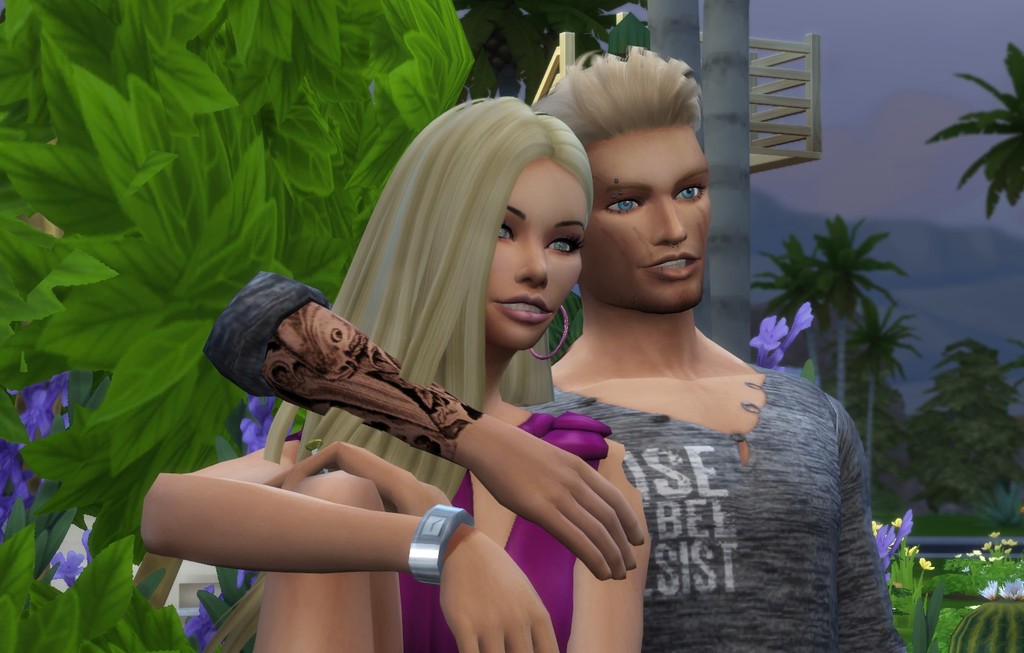 Winter laughed. “That would be bad. But we’d love her anyway.”

I stroked my wife’s hair and kissed her shoulder, smelling the coconut lotion she’d put on earlier. “We would love her. But I’m not worried. I have a feeling if it’s a girl, she’ll look just like her beautiful mother.” 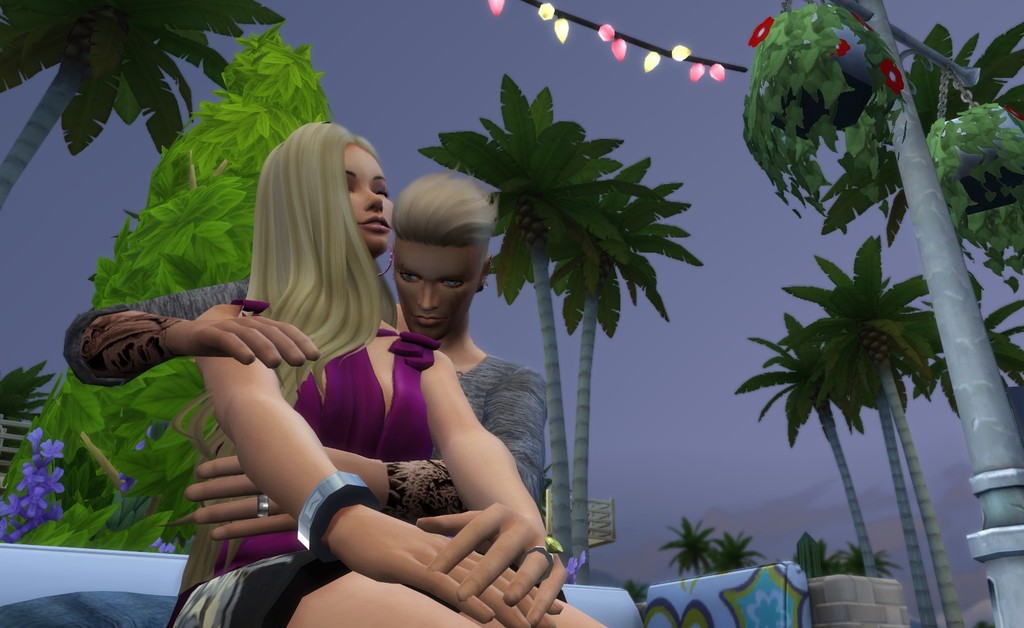 She snuggled into me and we enjoyed our time together away from the troubles of life and pressures of work.

I wished our honeymoon would never end. 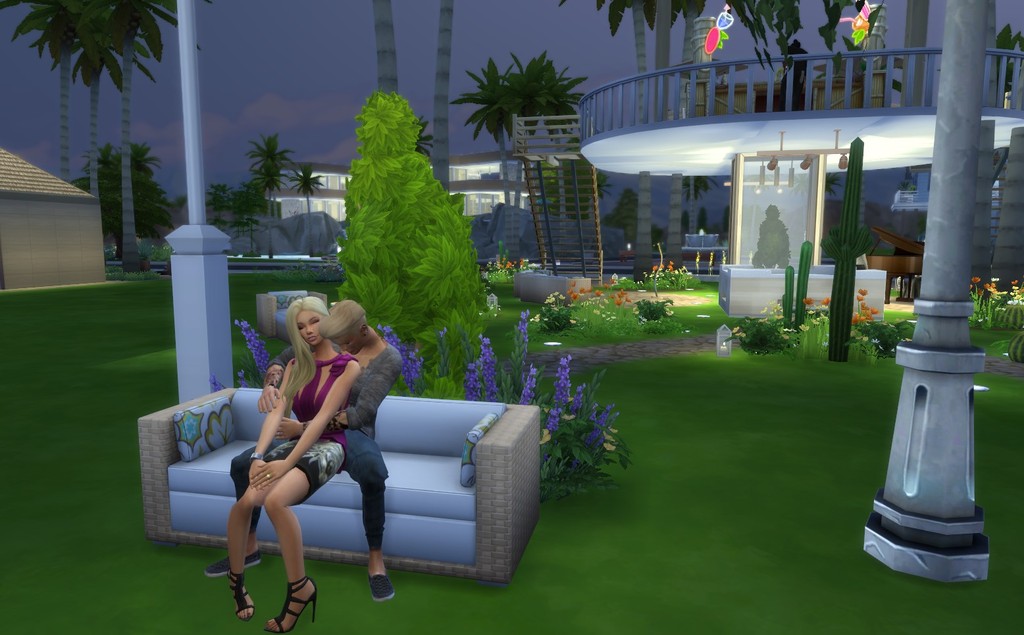