When I got home, it was 6 am and the sun was rising. Knight and I stayed out all night talking and gazing at the stars. Well, we did some kissing, too. I smiled thinking about what a perfect night it was.
​ 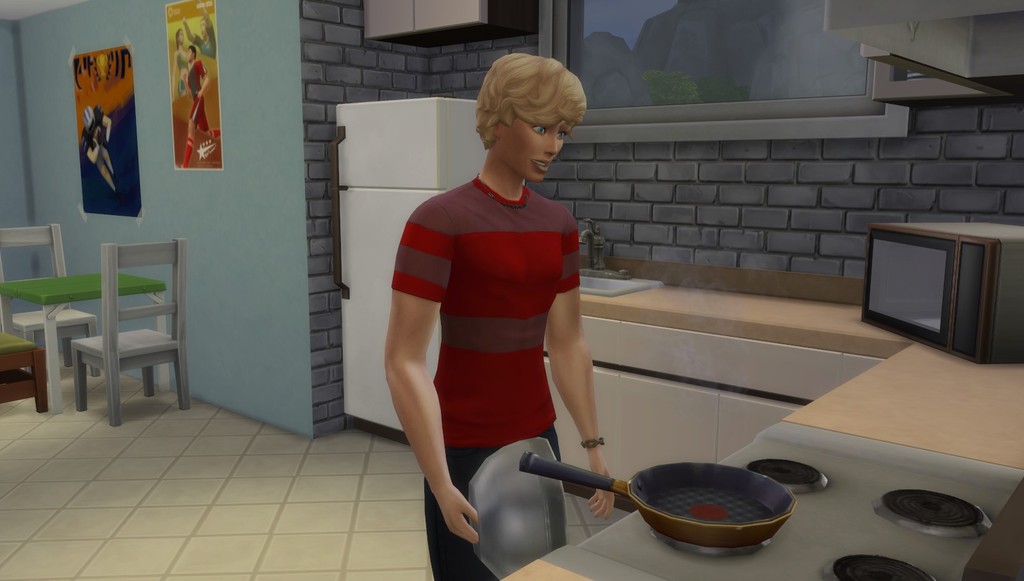 Pulling out a pan to make scrambled eggs, I heard a moan behind me. “Do you honestly realize what time it is, Alex? That must have been some date with Chiandra.”
​ 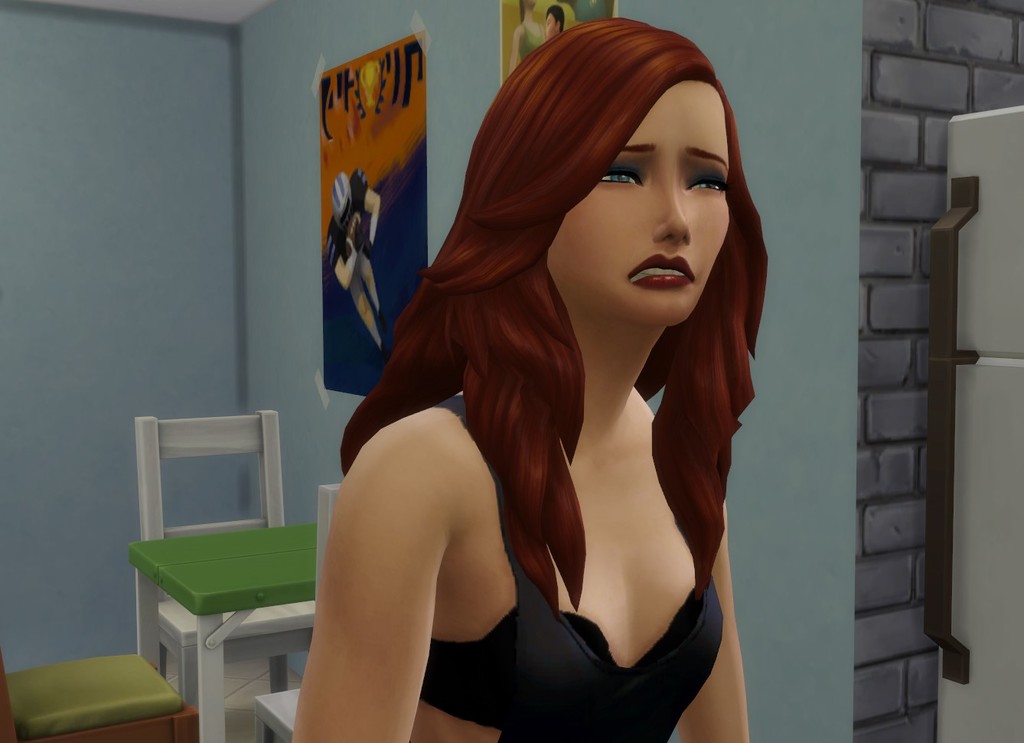 Beaming, I said, “I wasn’t with Chiandra. Knight picked me up last night and we spent the night together.”

She grimaced. “Knight? The biggest Richardson jerk since Kyle. Are you kidding me?” 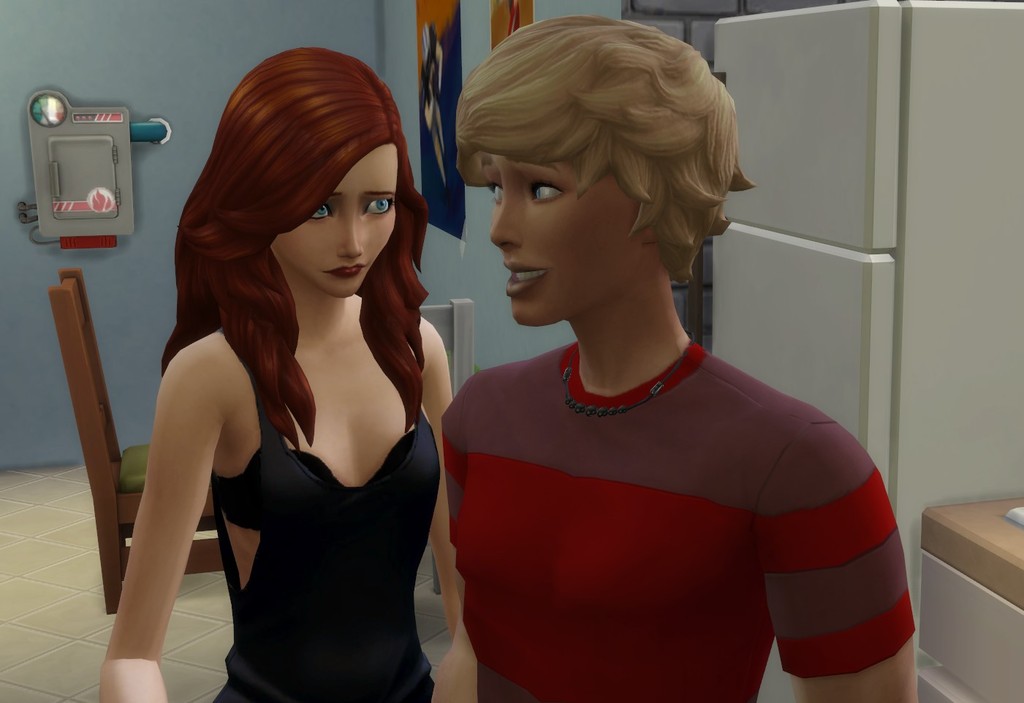 Going back to the eggs, I explained, “He’s not a jerk. He’s great. And he likes me so get used to it.”

“How can you say that? He’s Knight Richardson, the biggest douche in Oasis Springs. The guy who threatened to punch you out because you didn’t have his car ready. The asswipe who wanted to pay you to be his fake boyfriend. Wake up!” 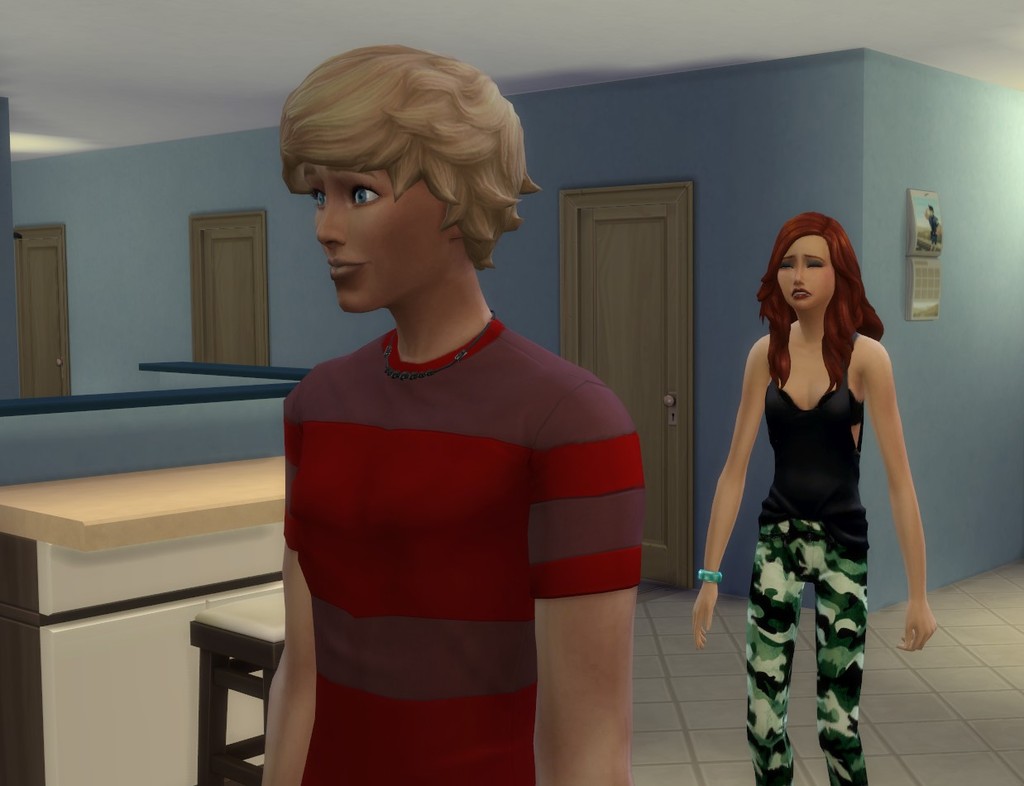 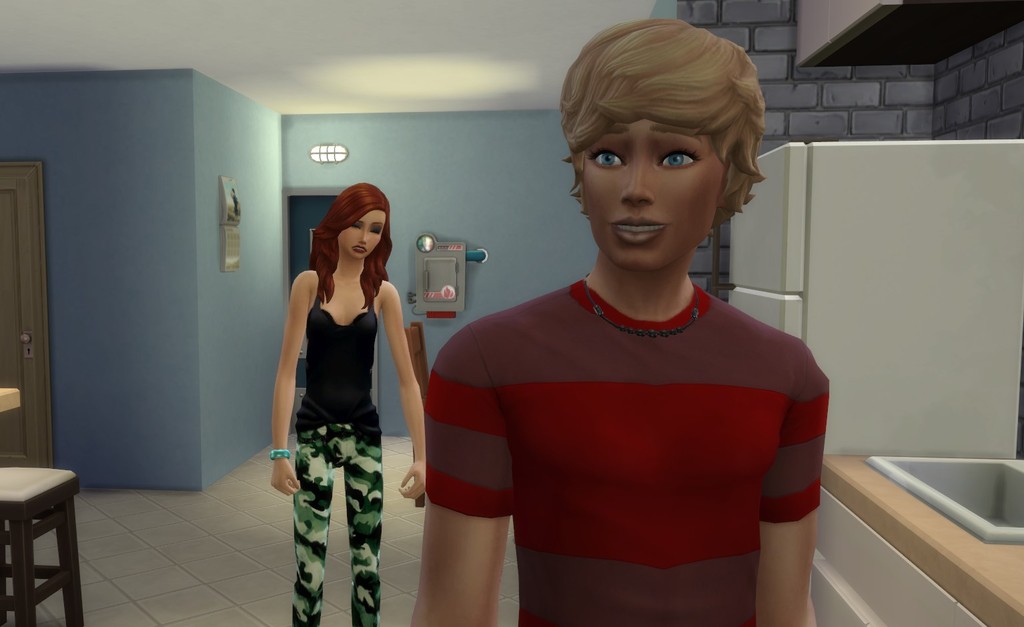 Grabbing a serving, my sister went on with her tirade. “I can’t believe you would listen to his slithering snake of a tongue. I’ve heard Kyle talk about him. He chases anything in a dress and now he’s going after you.”

Her words weren’t going to shake my good mood. She didn’t know him. Her information was from his asshole brother. And yeah, Knight did act badly to me at first but he apologized. “So what? You don’t understand our connection, Bri. It’s different from anyone I’ve ever been with.”
​ 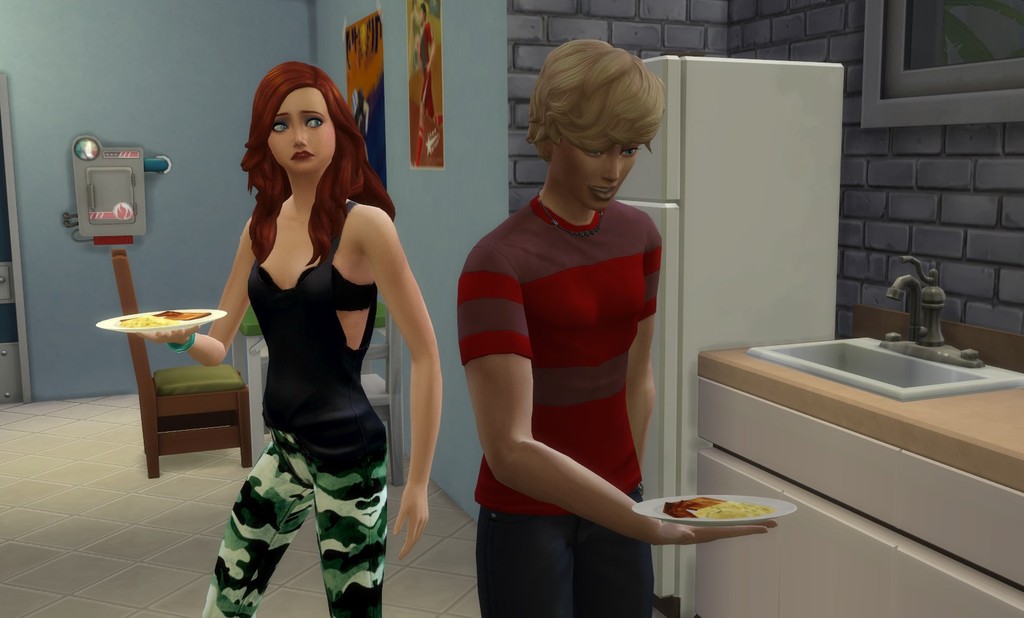 We ate in silence for a while as silverware clinked the plates. Me with a smile that couldn’t contain itself and Bri sulking.
​ 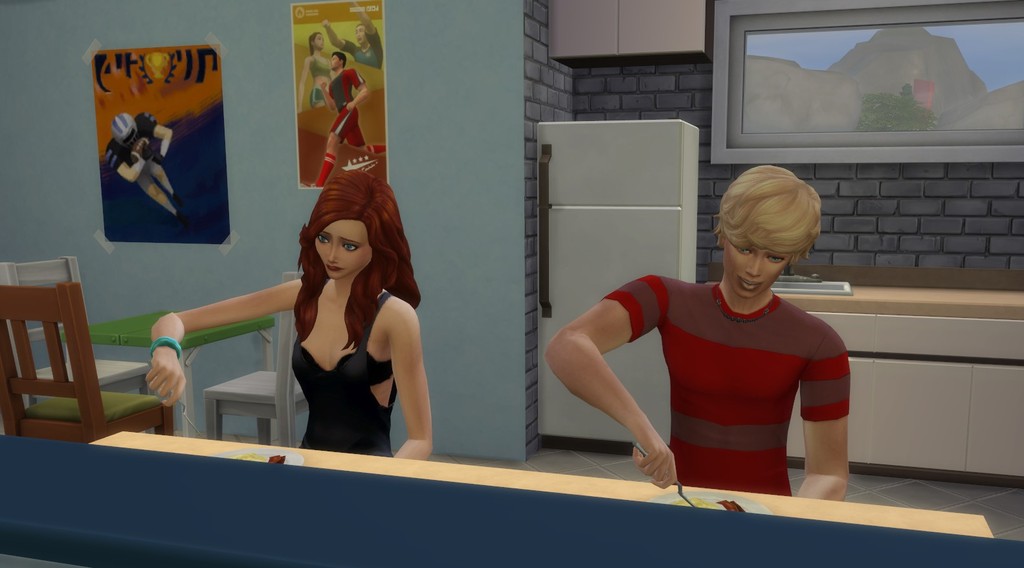 Bri’s next question pierced my bubble. “Have you told him yet?” 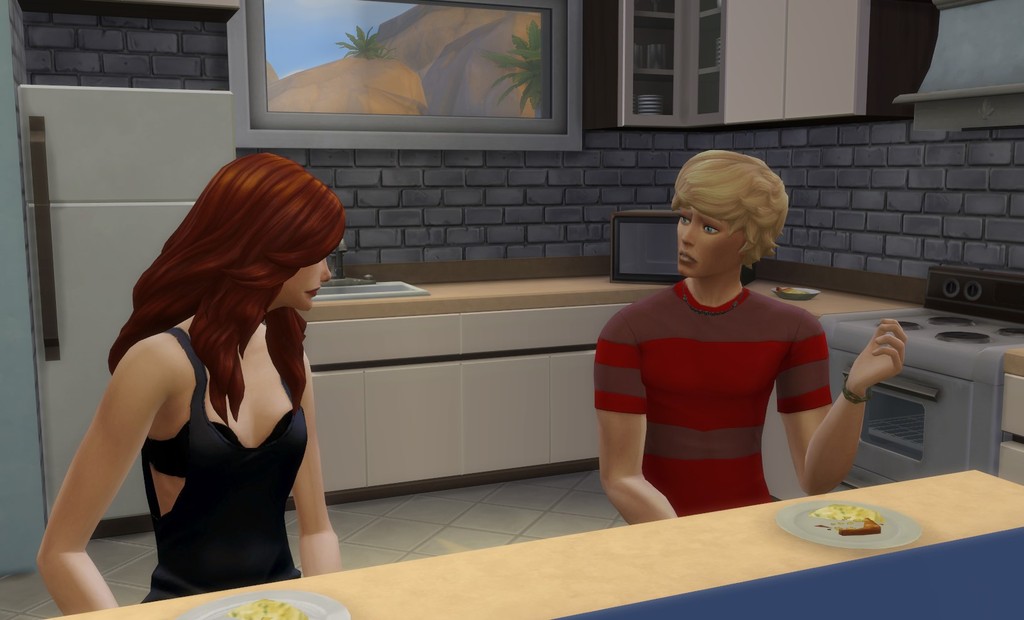 “Oh my gosh, Alex! What are you thinking?” She flopped her head down.
​ 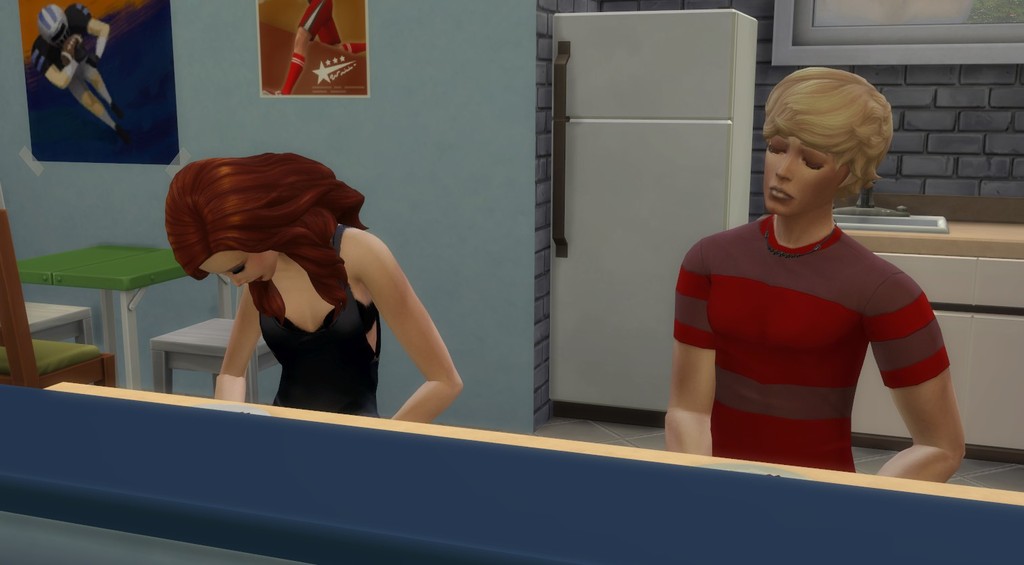 “But what? Do you think he’s a horrible person like Mom? If that’s the case then why are you with him?”
​ 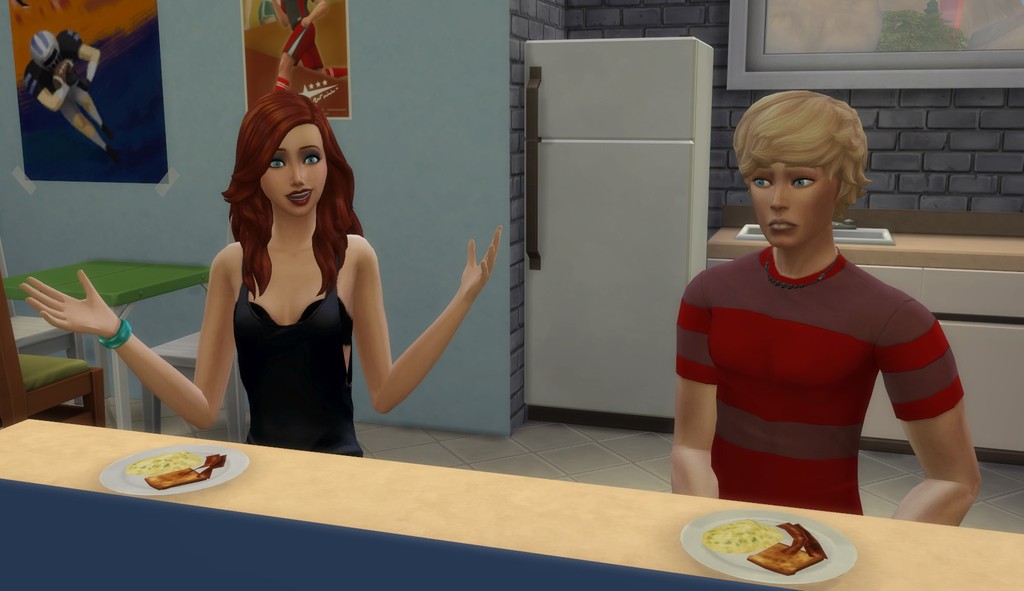 “It’s just that I know when I tell him, it will change things, and I’m not ready for that right now. Can’t I just enjoy us the way we are? I’ve never had a guy treat me like he does. He cherishes me. He treats me special. I don’t want to blow that.”
​ 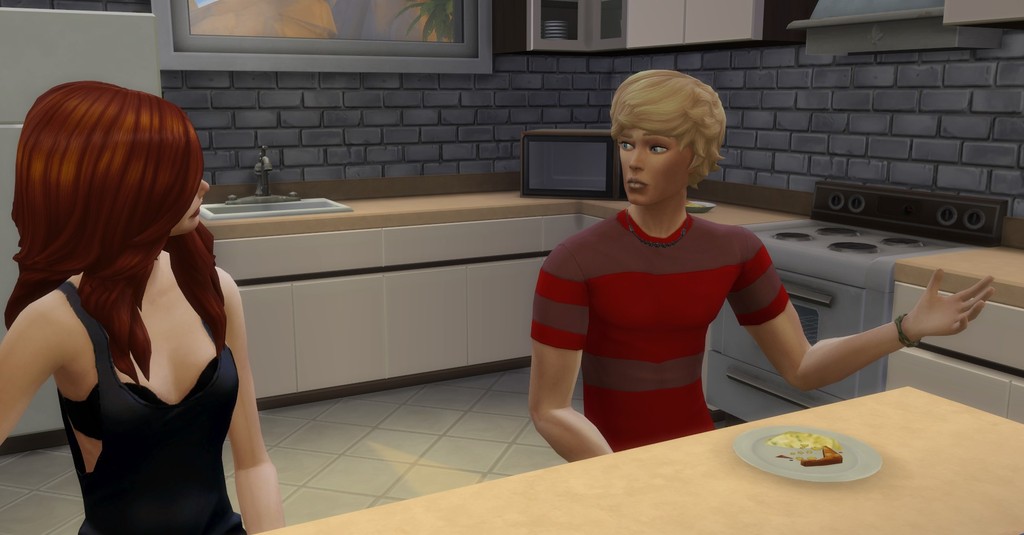 My sister stared me down. “If he likes you the way you think he does, he won’t leave you no matter what. And if he’s like Mom who bolts when things get hard, then he’s a screw-up you don’t need in your life.”
​ 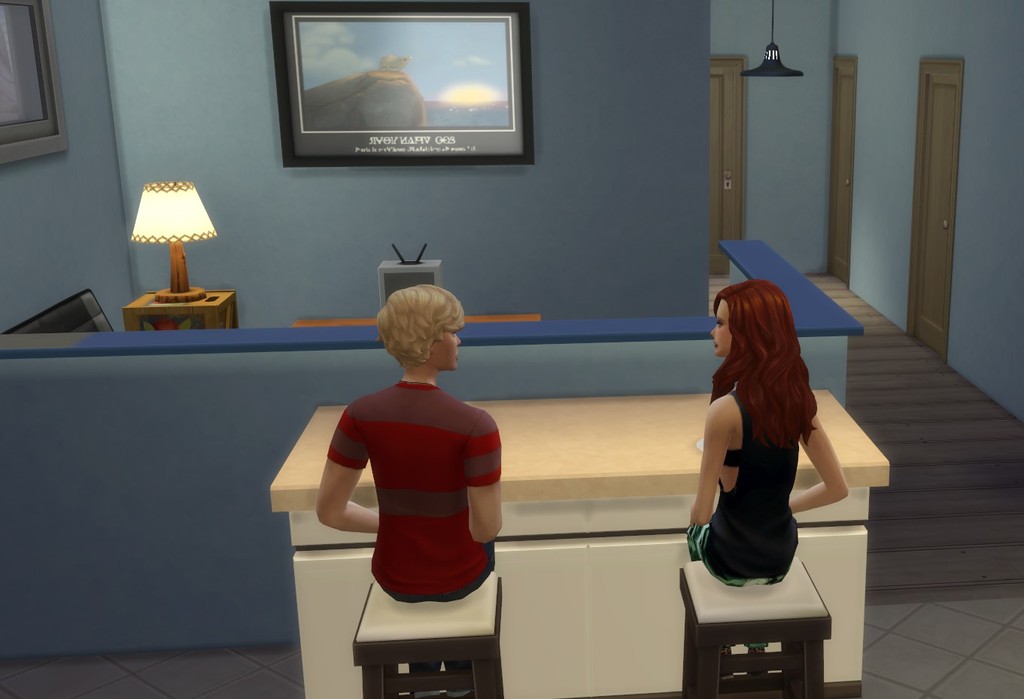 I hated it when my sister made sense. Bri was right. I had to tell him. That thought scared the shit out of me.
​ 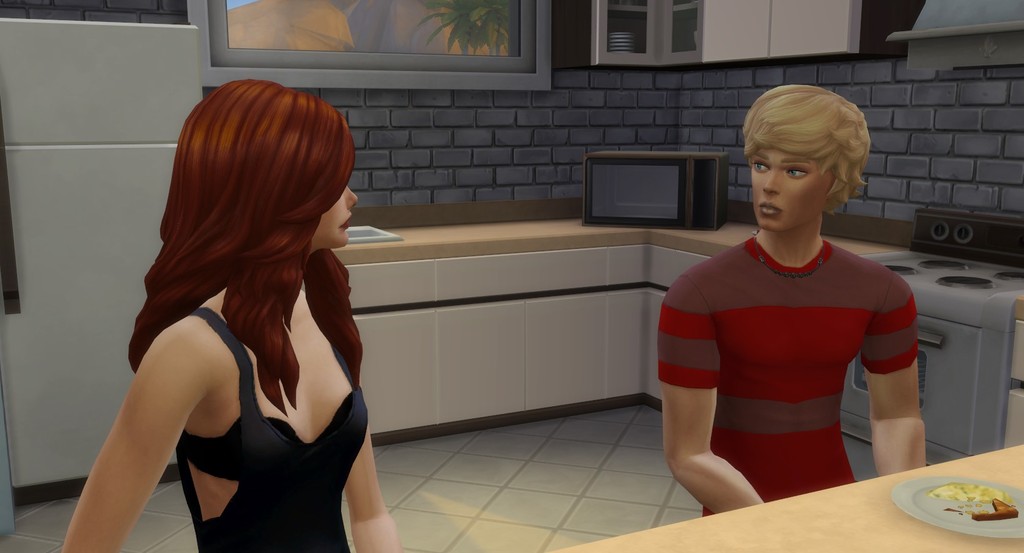 “If that’s all you have for me, I’ve got a date waiting,” I said. My father droned on about business way too much and besides, I couldn’t get Alex out of my mind. I had to see him today. Who worked on a Sunday anyway? 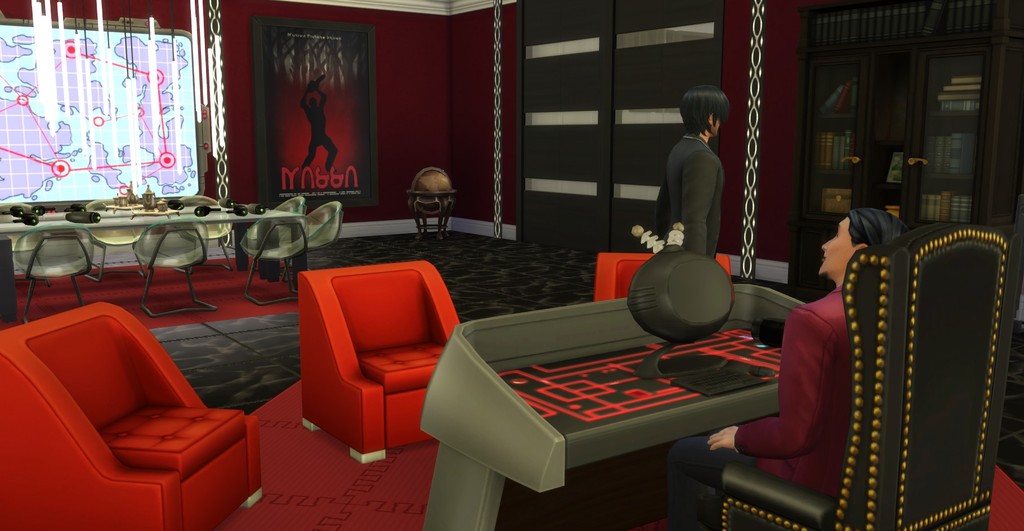 I stopped. It was now or never to tell Pops how serious I was about Alex.

Seeing the resolve on my expression, my father got up and met with me face to face. “You’re crazy. He’s a man.” 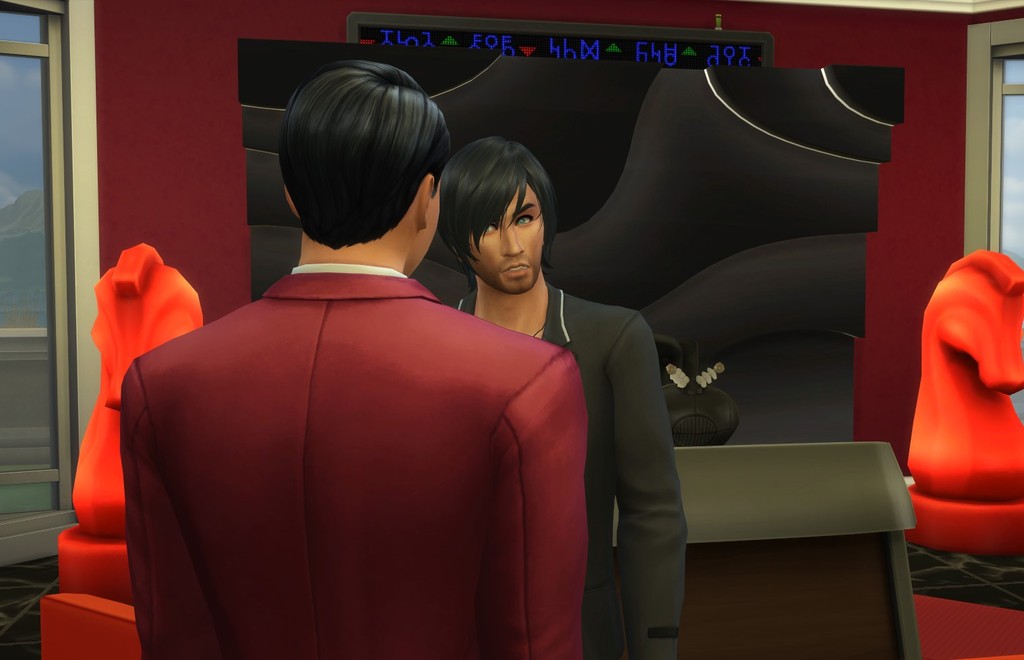 Pops spluttered, “W-What about the legacy? What about an heir? Are you going to throw that all away because you’re experimenting? Grow up, Knight. This is your life we’re talking about.”
​ 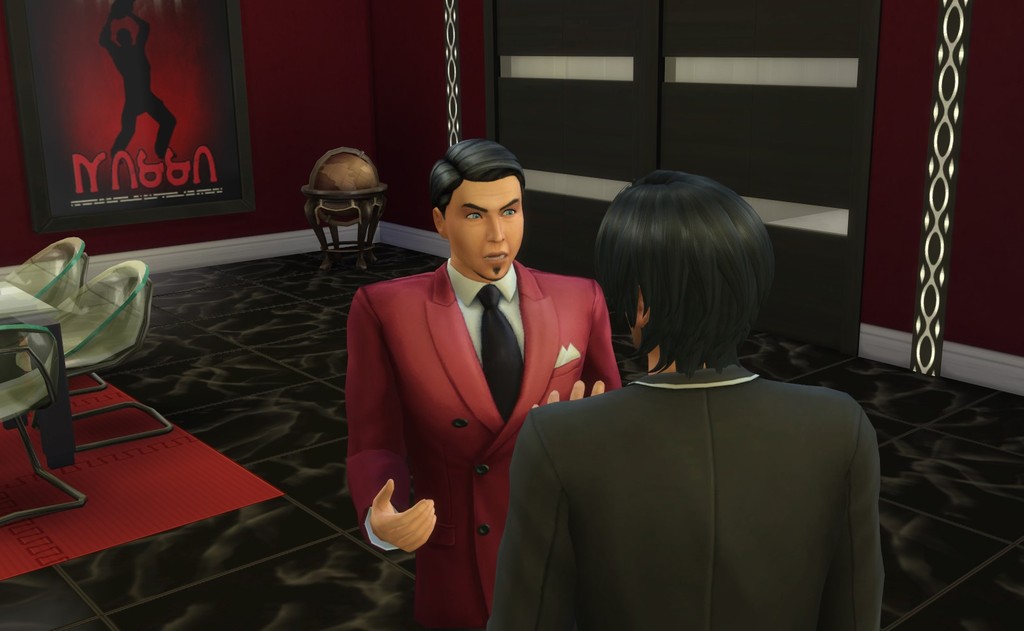 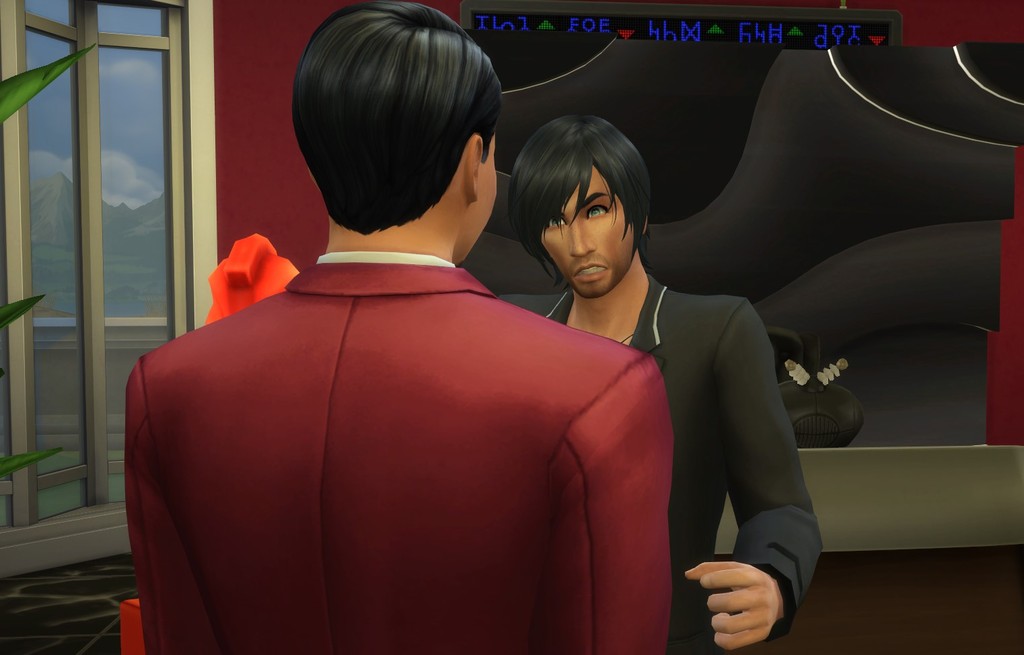 “Kyle isn’t half the person you are. No. He cannot be heir.”

I pulled my hands through my hair, sighing. “M-Maybe we could use a surrogate in the future, but that’s so far down the road. We’re not at the stage of talking about this yet. Just leave me alone about it, okay?”
​ 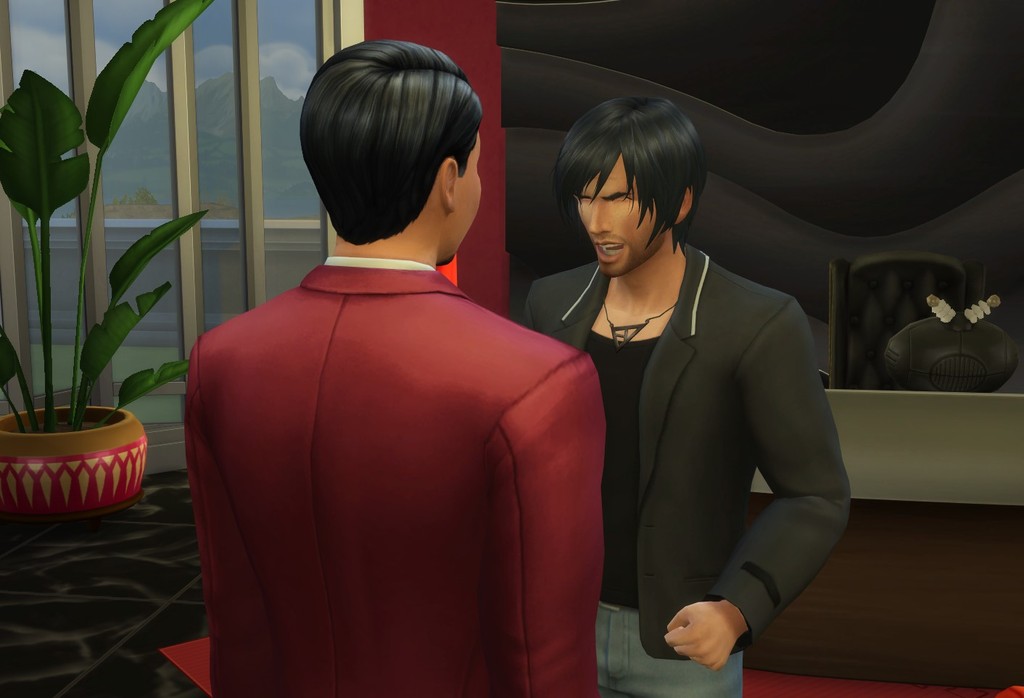 Staring down at the ground, Pops said, “Fine. If this is what you really want. But since he’s such a part of your life, he must be a part of the business. I want him as a bodyguard. He’s not as small as you let on. He’s almost your size. And if he’s a pro fighter then we need him. I’ll look the other way about your relationship if you bring him in.”
​ 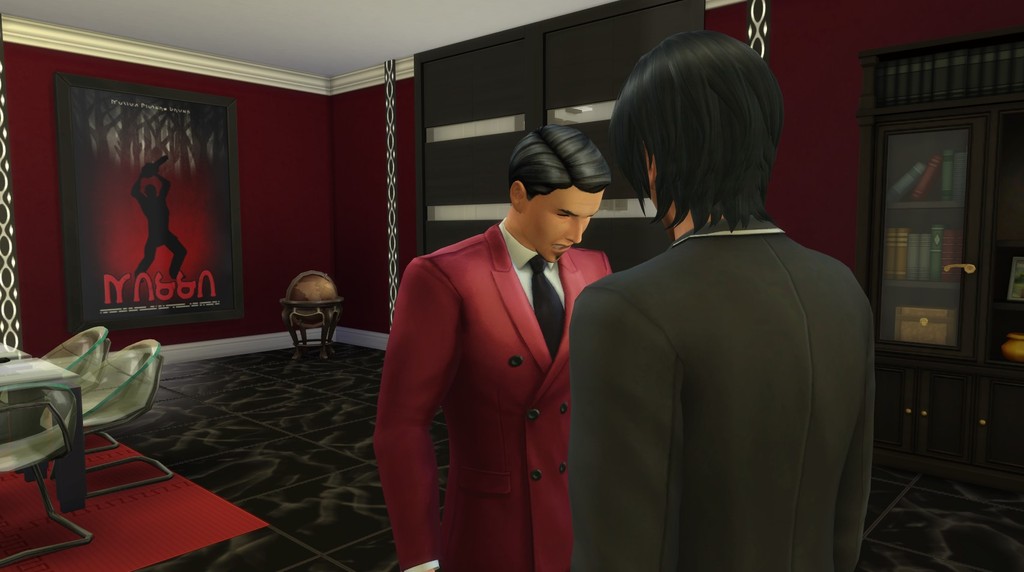 ​Fury shot through my veins. “You will leave Alex out of this! He can be with me and not be a part of what we do. He has his MMA which could really catapult him nationally. I want him to concentrate on that. Don’t you DARE touch him! Got it?”
​ 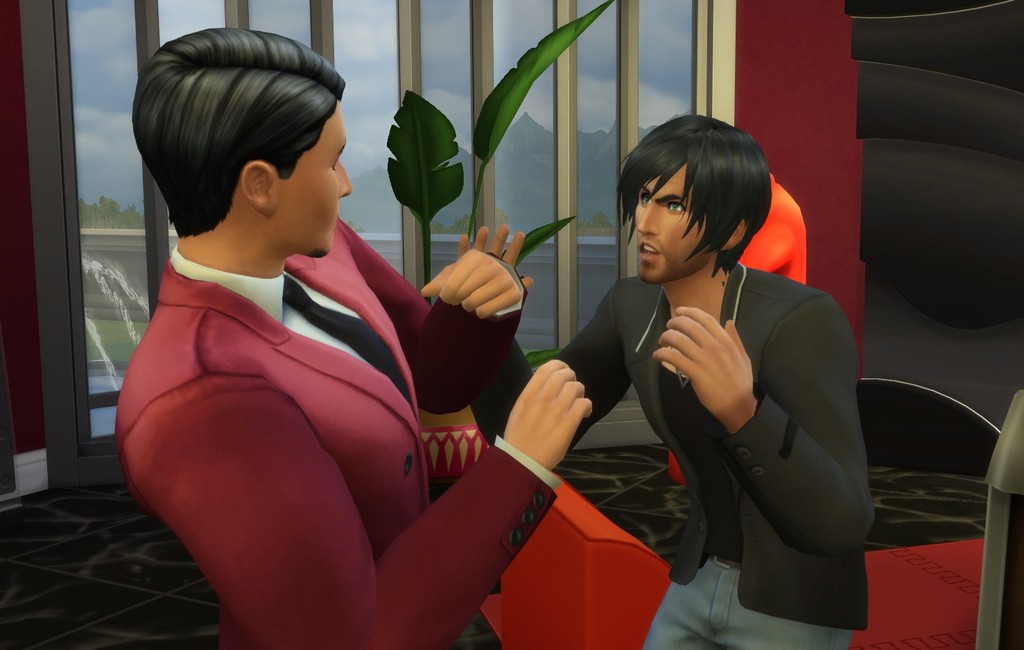 Pops smiled wickedly. “Okay, Knight. Have it your way.”
​ 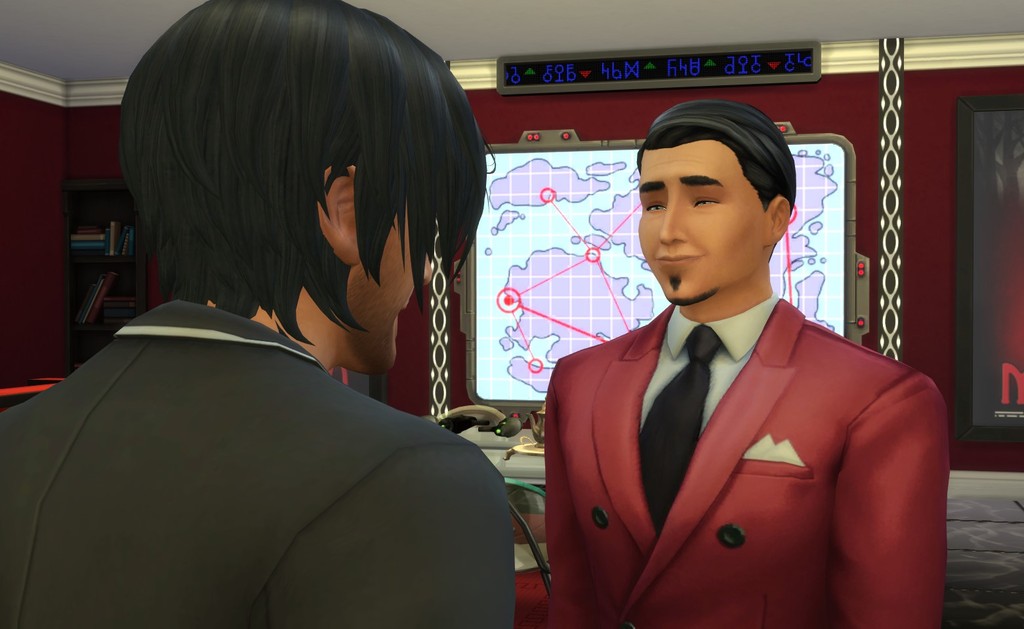 When Pops conceded quickly like that, I knew he wasn’t going to leave him alone. The only thing left for me to do was to warn Alex. I didn’t want my father to turn him into a thug. I could only hope I could protect him.

“You asked for me, sir?” I said. It was a rare thing that Antonio Richardson himself called on me for anything. I was a grunt in the business at the moment, hoping to rise in the ranks. But because I’d been best friends with Knight since third grade, Antonio liked to keep his distance.
​ 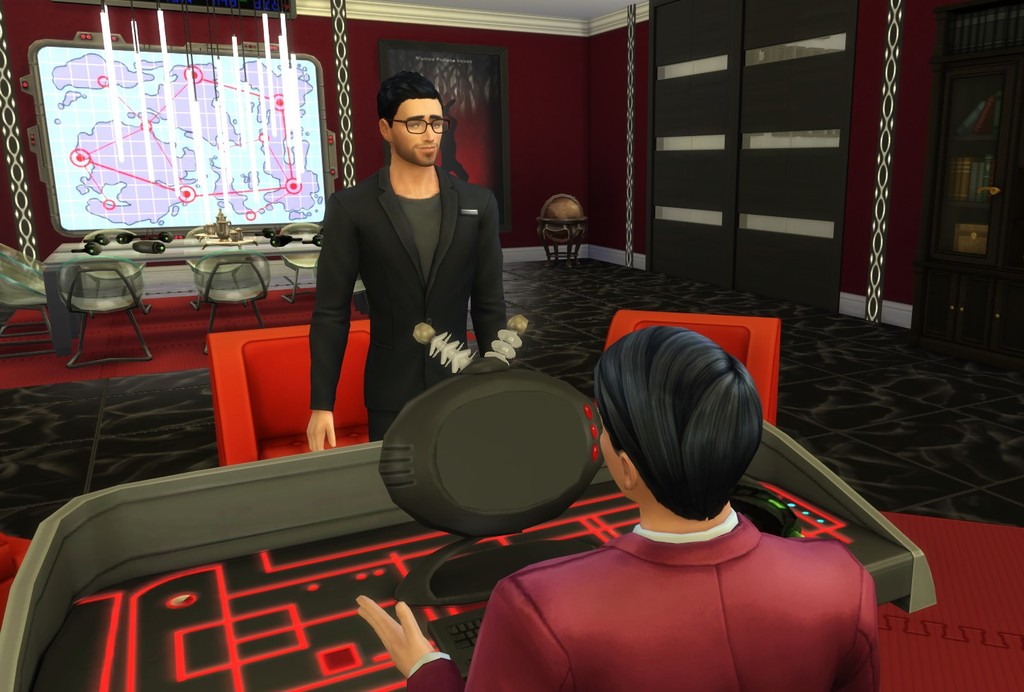 “Hello, Marco, so glad to see you. We should really go out for cigars sometime. I feel like I haven’t seen you much since you graduated college.” 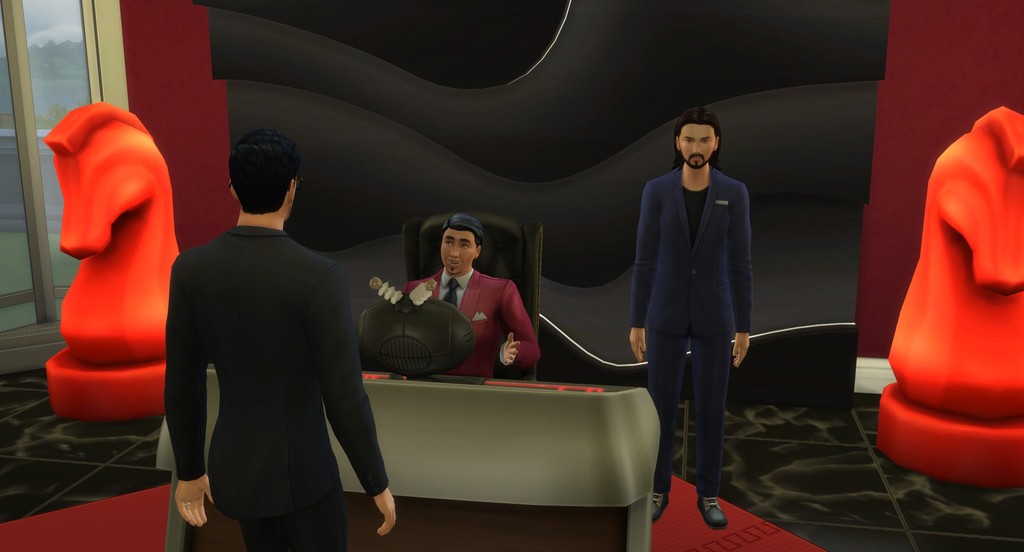 “I’ve heard great things from Knight about your detective skills. I’d like you to dig up any information you can on Alex Day.”

That name struck me hard. It was very strange to see Knight with a guy. There had never been any indication he liked men from when we were teens. He was the last person on earth I’d ever suspect. “That’s Knight’s boyfriend, right?”

“Yes, it seems he’s a professional fighter, and I’d like to know what type of person he is. Whether or not we could trust him to join our organization. Do you think you could help me out?”
​ 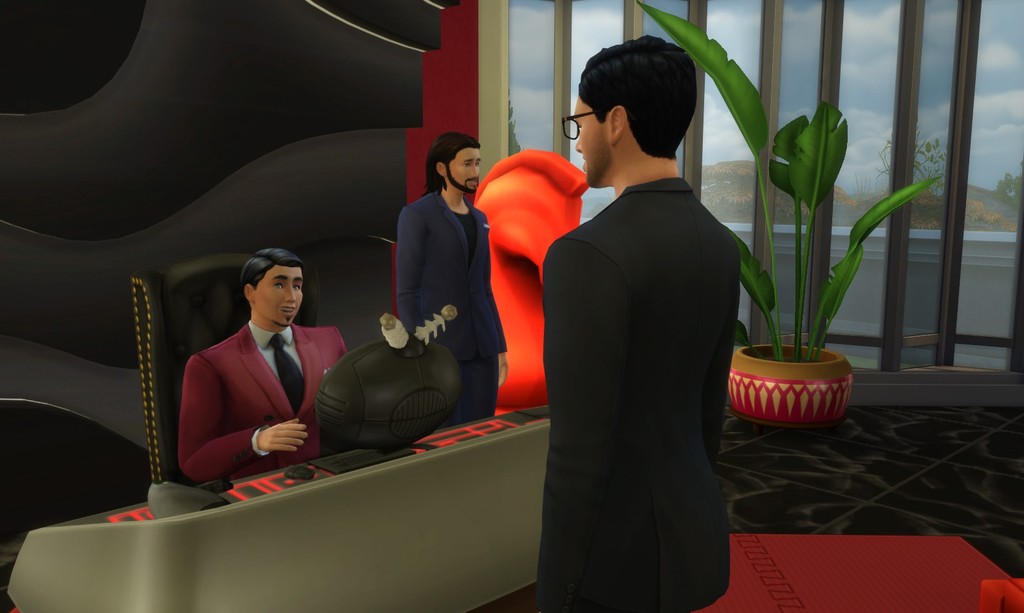 I arched an eyebrow. First of all, I didn’t want to pry into Knight’s personal life. It would piss him off. And secondly, I didn’t want someone else to compete with me in the business. We had way too many guys competing for positions as it was. “Do you think that’s such a good idea? Knight will be furious if he finds out.” 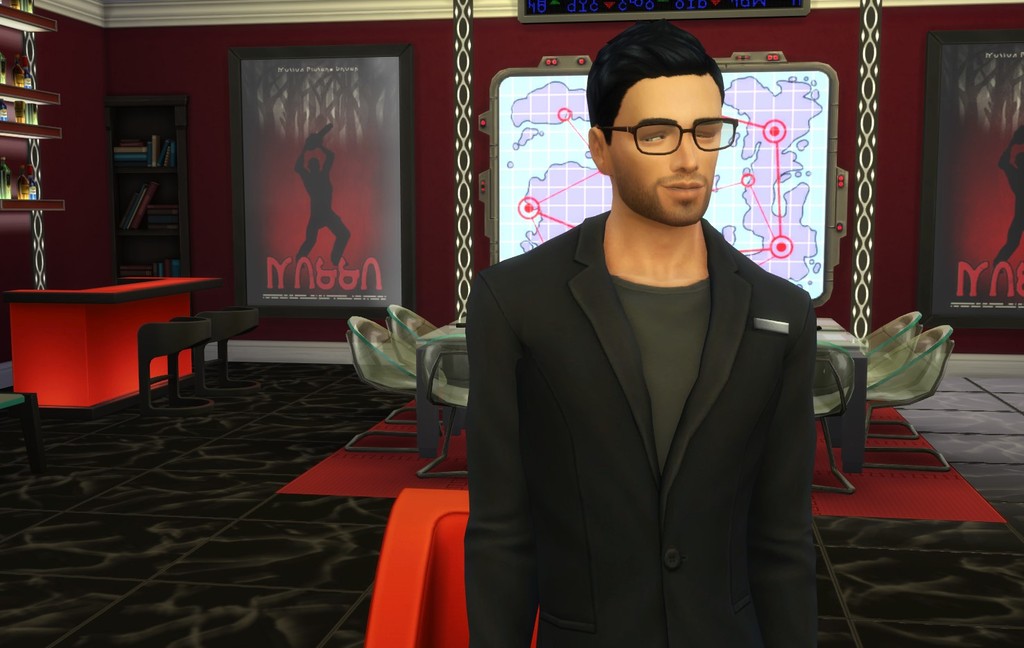 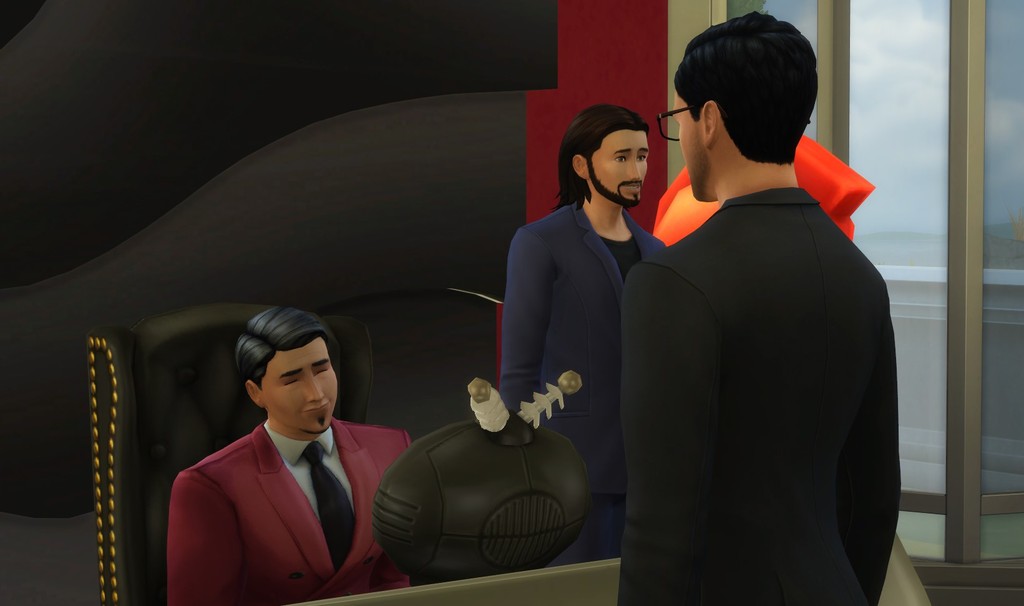 I sighed, staring at the big boss. I did not want to do this. I felt like I was a traitor to Knight.

Grinning as if he could read my thoughts, he added, “I will make you an executive of intelligence if you do a good job for me, Marco. I can tell you are savvy, and I know I can trust you. It would mean a lot to me. A personal favor, eh?”

“Yes, sir.” I gave a curt nod then turned around. I could only hope Knight wouldn’t get wind of me poking around Alex. But if he was in the MMA, Alex should have a Wikipedia page on him. I could start there.
​ 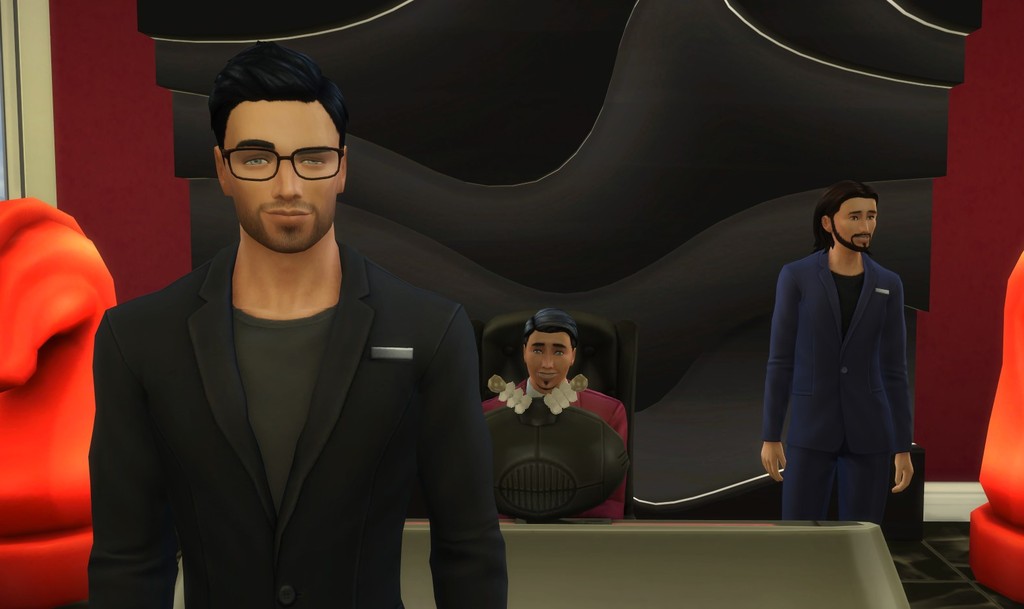