It had been a wonderful two months break. After I’d gone on a fun tour of Champs Les Sims with my sisters, I came back refreshed and wanted to do absolutely nothing for a while. I just laid around the penthouse in San Myshuno, catching up on reading. Jackson and I were enjoying some playful banter as I scrolled through the news on my e-pad when suddenly, I saw something in the San Myshuno Times. 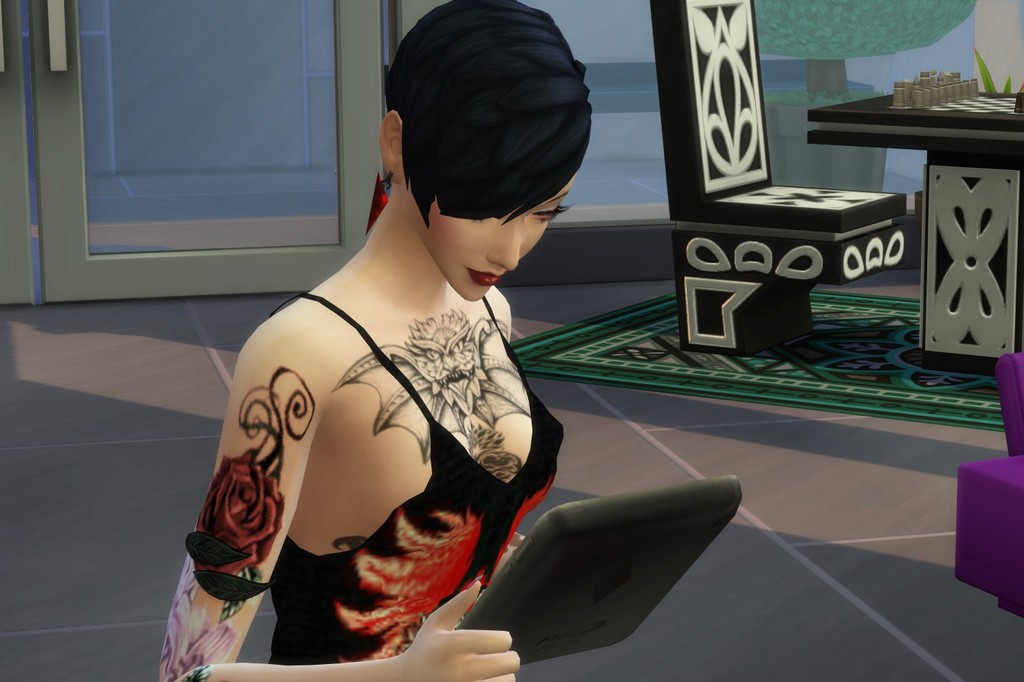 Trying to play it off, I said, “Oh, it’s nothing. Um...the San Myshuno Llamas just lost to the Bridgeport Bears again.” 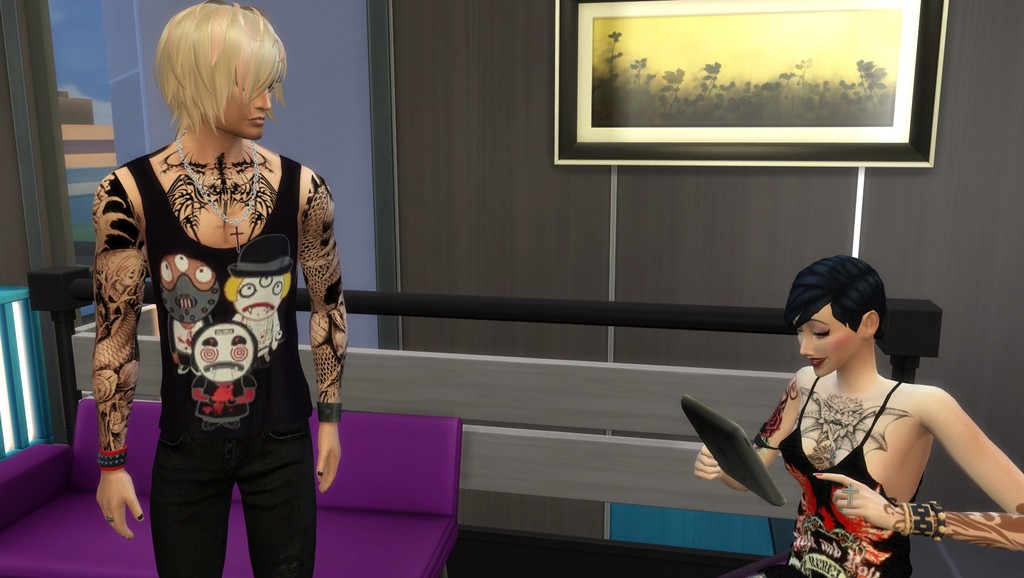 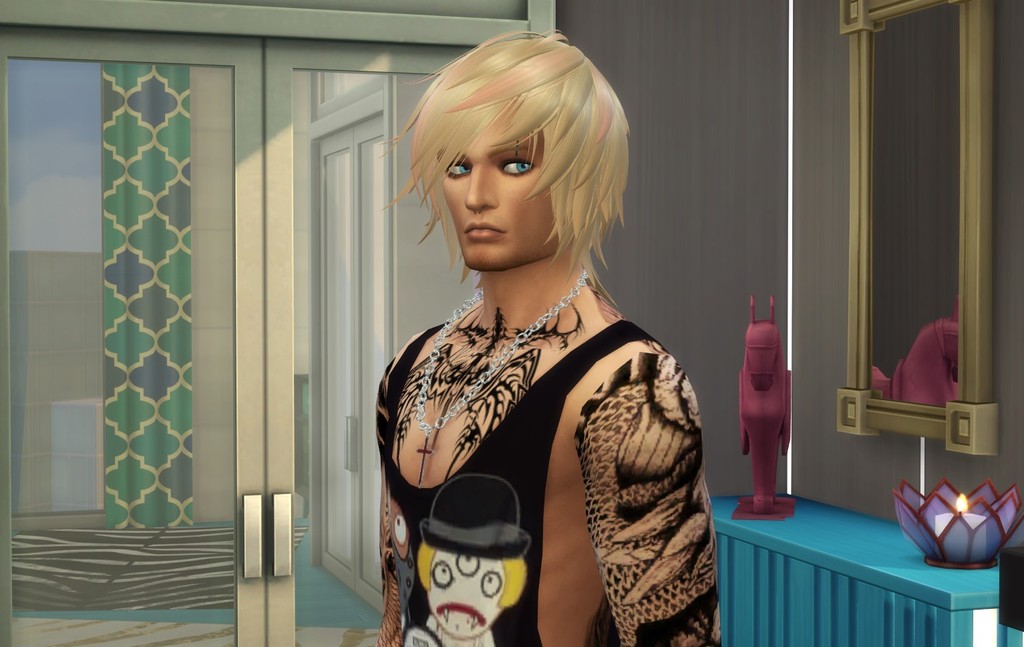 He laughed, shaking his head. “You’re such a freaking liar. Give it here! I want to see.”

But he overpowered me and swiped it.

I swallowed, cursing my dumb mouth for reacting to it. Glancing over his shoulder, I read it again, not believing how crass and showy Winter was. I mean, who has a whole page gushing about themselves in the society section?

Winter. It was like she wanted Jackson to see it. 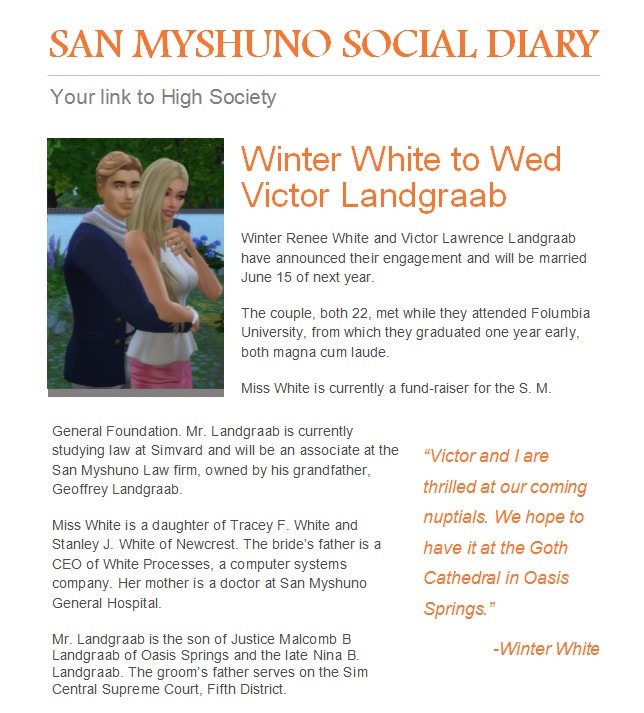 The emotions on his face went from anger to shock to sorrow in a matter of seconds.

I tried to play it off. “What kind of person announces this kind of thing in the society pages? I mean...narcissistic much?” 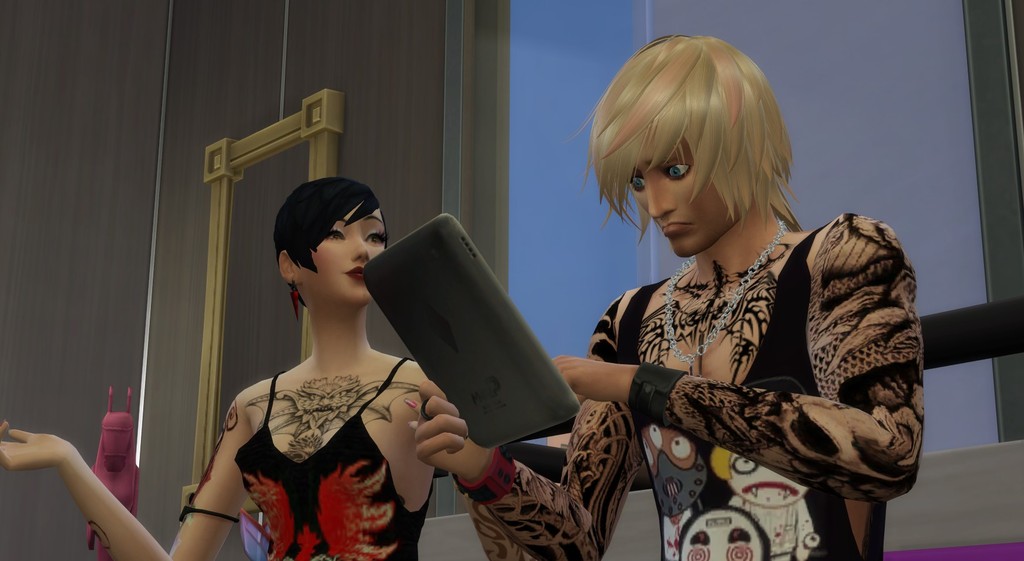 I thought he’d go with it, but instead, he rose to his feet as if in a daze then stumbled to his knees, shoulders shaking as he broke down.

I’d never seen Jackson cry over Winter. Oh, I’d seen angry tirades, stubborn hatred, vitriol infused songs, but never this. My heart ached for him. I wanted to rip Winter’s hair out and wished I’d done a better job of punching her that night at the prom.

Getting down on my knees next to him, I whispered, “She’s a bitch, Jackson. If she couldn’t see that you’re worth waiting at home for then screw her. There are dozens of smart, wonderful women who would die to be your girlfriend. And they aren’t some self serving witch who only thinks of herself and her desires.” 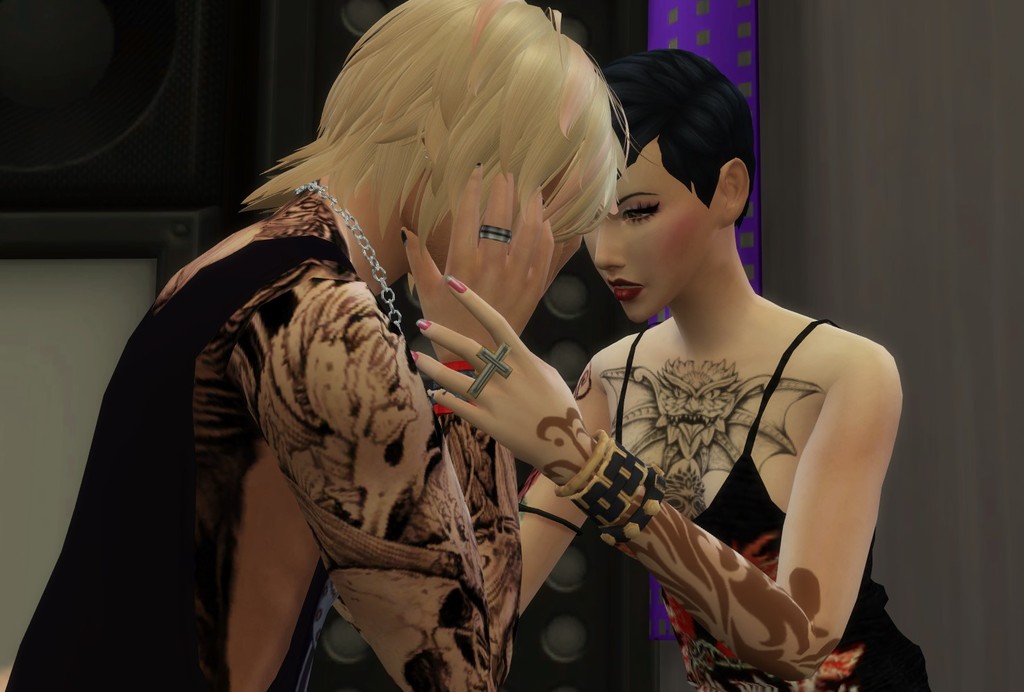 He didn’t say anything. He just whimpered as I could see he was trying so hard to keep his emotions in check, but it wasn’t working. So, I pulled him into my arms and rubbed his back, saying, “Don’t hold it in, Jackson. Just let it go. It’s okay.”

I rocked him like that for a while as he let out years of pent up grief for the love he’d lost. I gave up a while ago ever believing he’d think of me as more than a friend, but that was fine with me. I wanted to be there for him and so glad I was at this moment.

I knew Winter was going to marry that sc*umbag, Landgraab. I just knew it. And I’d always thought about how I’d feel when I found out. I figured I’d hear through the grapevine that they had kids or something years later after I was married and happy. And I even told myself I wouldn’t care. Plum her. She was dead to me.

But saying those things and really meaning them are two different things.

It was like Winter drove a mack truck right over my heart again. My stomach squeezed painfully as I got to my feet and then my knees buckled. I couldn’t help it. I hated the fact that Mako saw me like that. Weak and broken.

But I was so thankful she was there. Having her hold me was like sipping hot chicken soup when you’ve got a sore throat. I clung to her and let everything out.

After a while, I was done and raised up. My stuffy head throbbed, I’d cried so much. I can safely say I’d never wept like that in my life. Not even at my grandpop’s funeral.

Mako threaded her fingers through mine and said, “Are you sure you’re okay?”

I put my head on her shoulder and nodded, not really meaning it, but what could I do? Blubber all day? I had to forget about it. 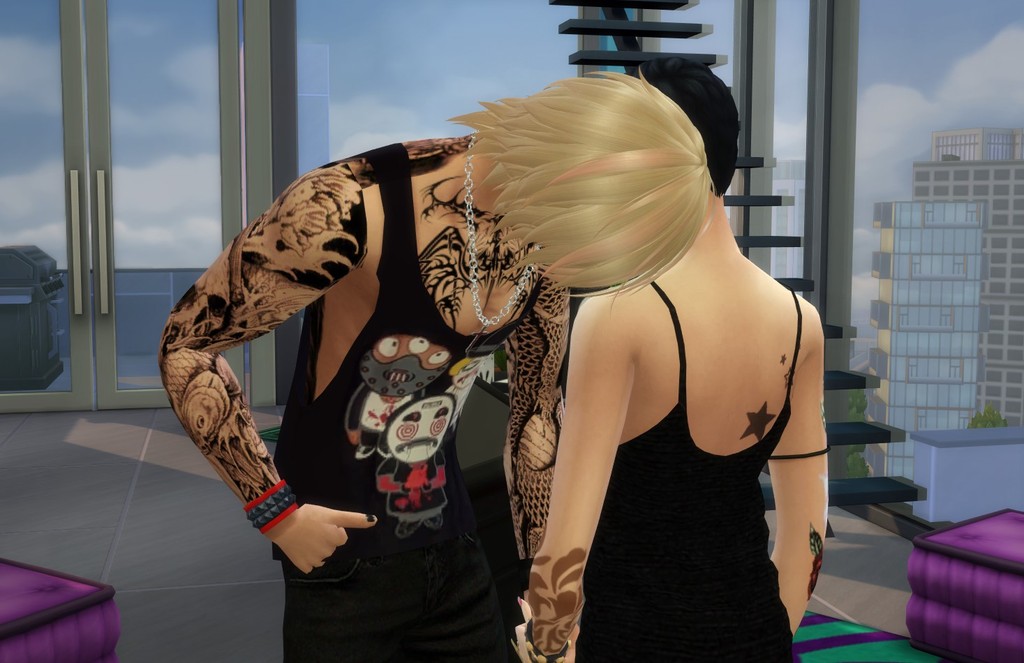 She took my head in her soft hands and said, “Don’t ever let that bitch get to you like that again, Jackson. You’re too good for her. You got me?” 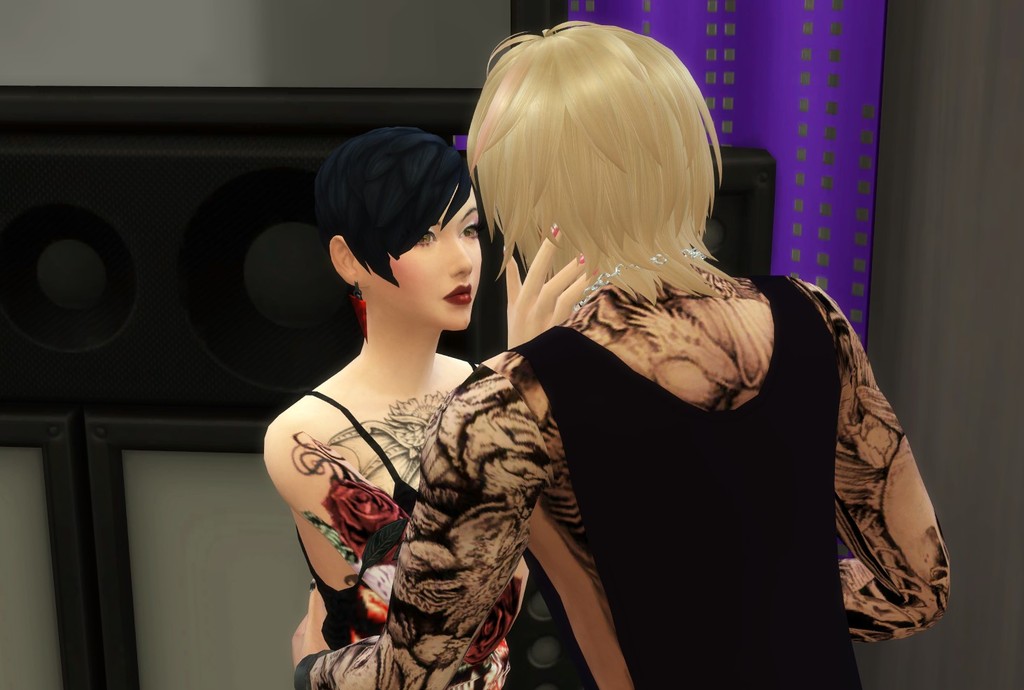 And then to this day, I couldn’t tell you why it happened.

We gazed into each other’s eyes for a beat too long, as tingles threaded through my body in an overwhelming attraction. 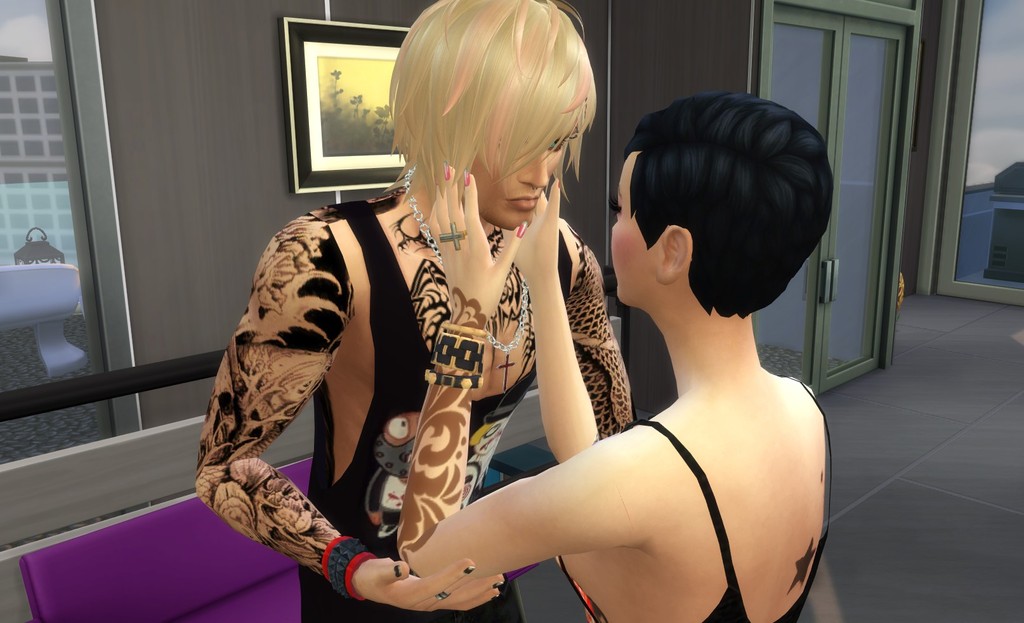 Before I knew it, we were kissing each other with a hunger I hadn’t felt in years. 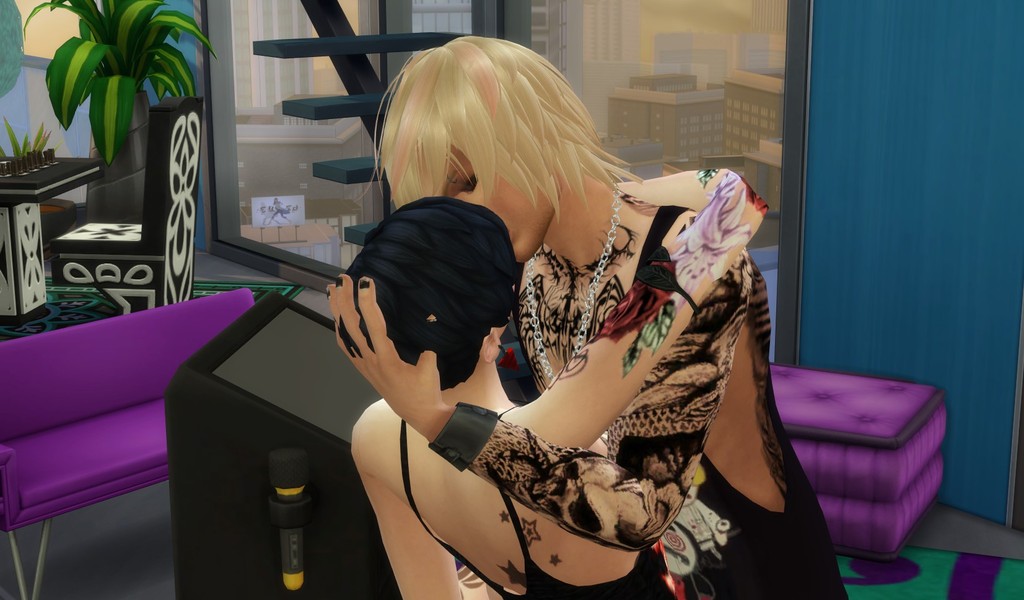 Shirts flew, pants flung and we fell into each other’s arms in her bedroom in minutes.

Afterwards, I didn’t want to fly out of there like I usually did. My head buzzed with pleasure as I stared into her gorgeous golden eyes. “Thank you,” I said, having no idea where we were going to go from here or if I even had to think about that. We were friends. Good friends. And knowing Mako, she didn’t care about the future with me either at this stage. 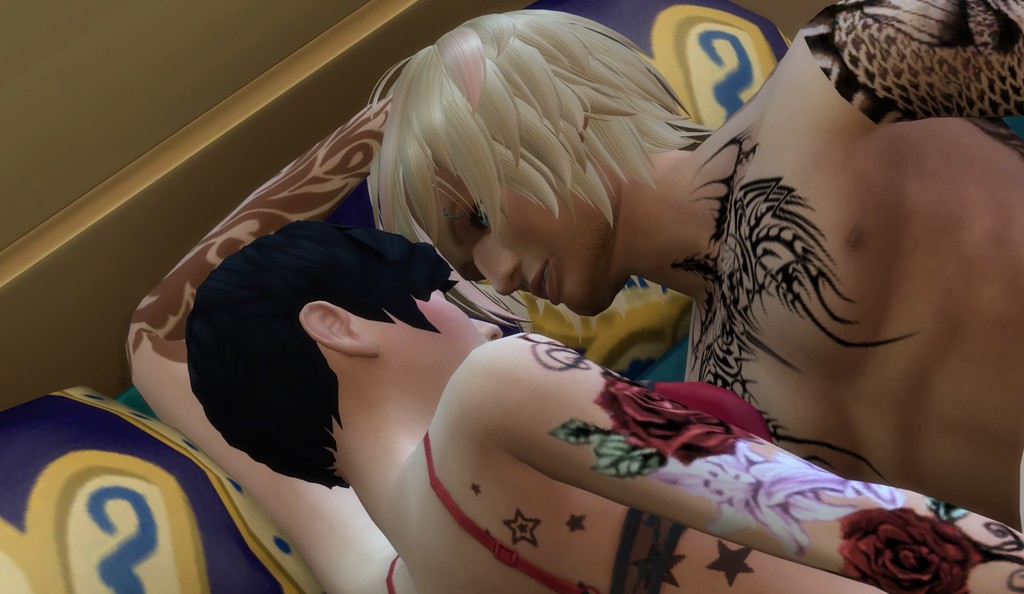 Over the following weeks, our relationship grew. After we’d do a concert, usually, the band would go out and party, but not us. We’d have a party of our own. 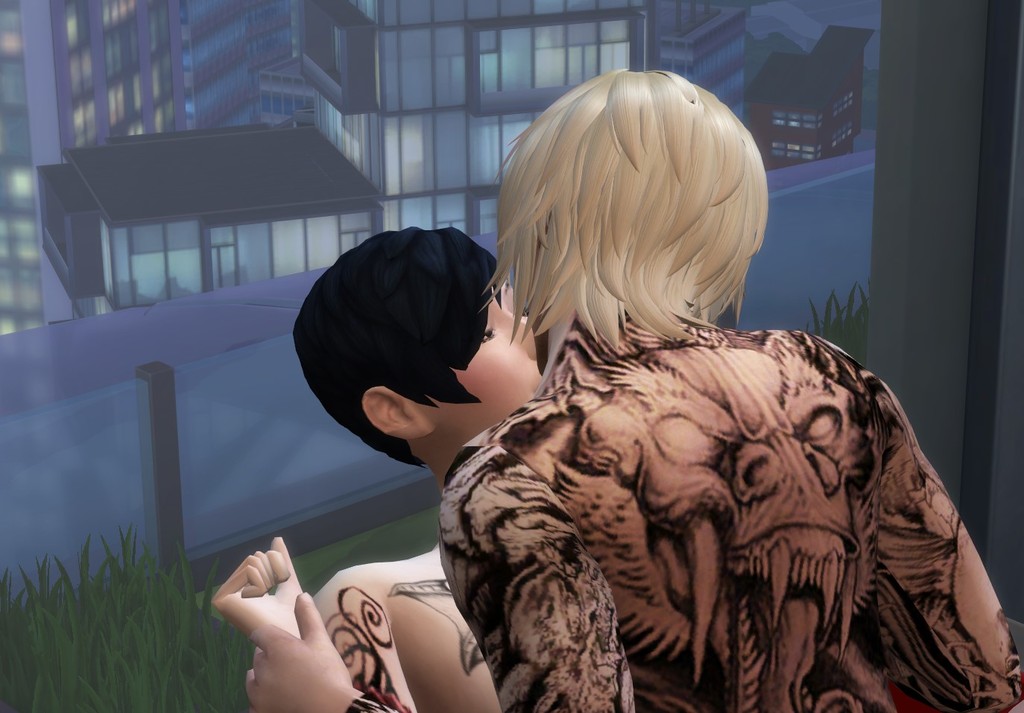 And when we’d get home from a long airplane ride, the guys would hit the bong, but we would just watch a movie together, contented to be next to each other, drifting off to sleep. 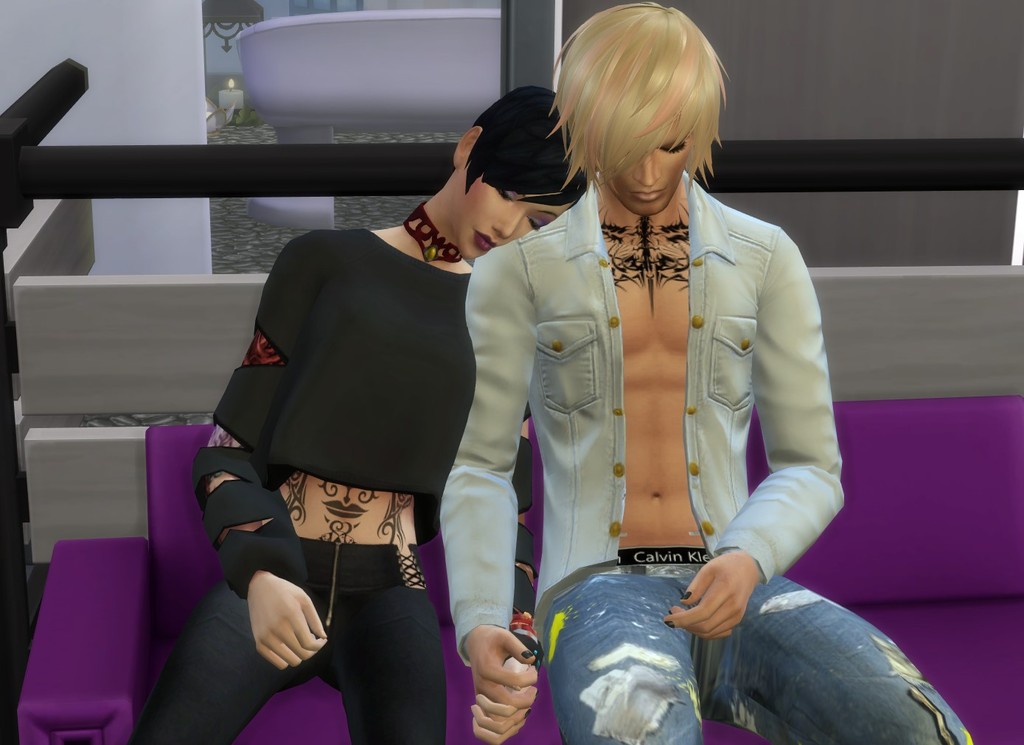 I was good for her. I settled her down. She didn’t party like she used to. And she was good for me. Always there. Sharing my love for music and valuing who I was.

For once in a very long time, I was happy.
Powered by