I still didn't feel very well when Theo took me out that following Saturday. I told him, but he was insistent, saying it would do me good to get out. Plus, he'd had these reservations to the White Rabbit for six months. It was a very exclusive restaurant I'd never visited.
​ 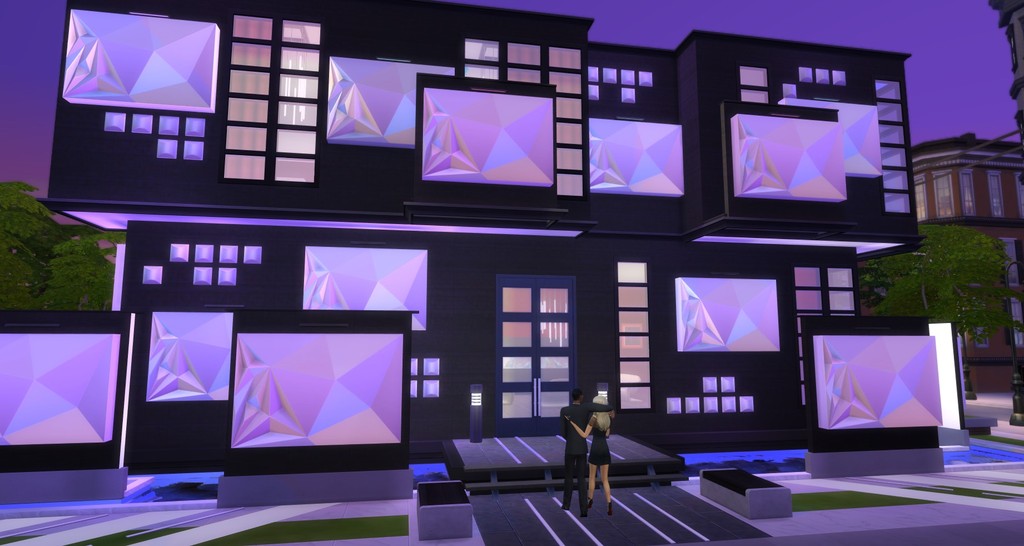 Theo was being so sweet to me, trying to make up for the other day. But something inside me was still so conflicted. I'd been going over our relationship so much these past few days.
​ 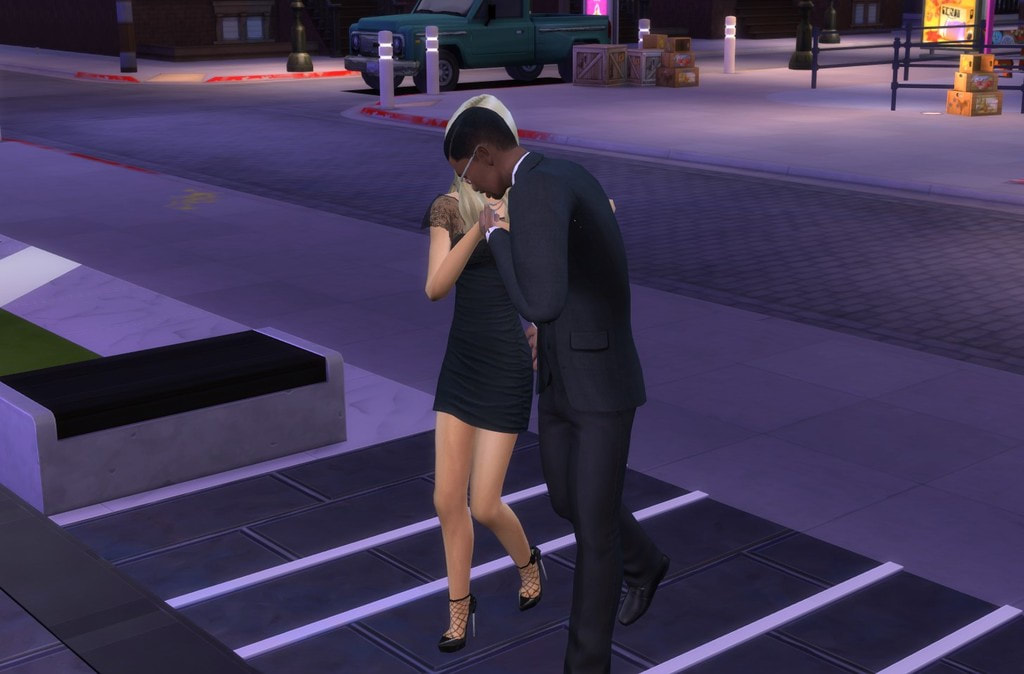 As he talked to the hostess, I tried to put on a happy face and squash any turbulent thoughts.
​ 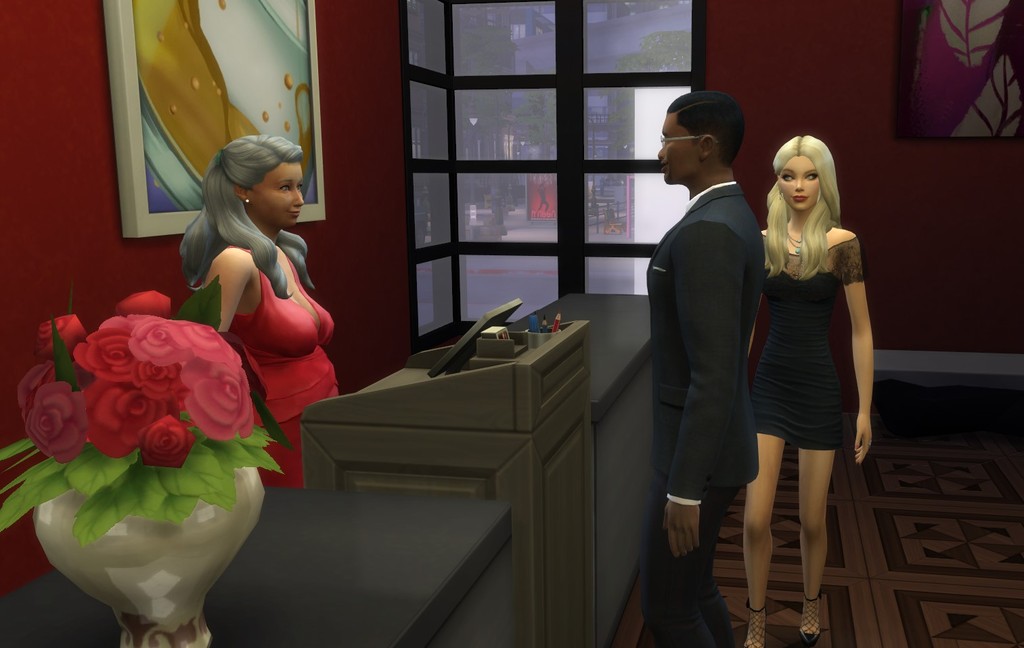 Looking over the menu, Theo spoke, but my mind was still in flux. I couldn't get my ex out of my mind. And that scared me. Everything changed that day at the hospital when I saw him. All of the barriers to our relationship had been removed. And then there was my relationship with Theo that hadn't been great. I was just so confused.
​ 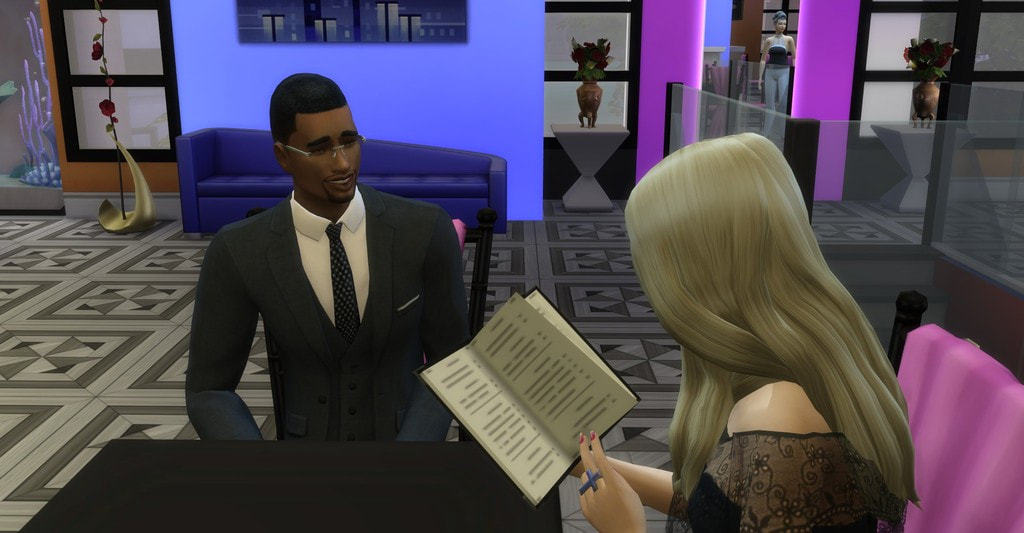 "Baby doll?" his voice startled me out of my thoughts. 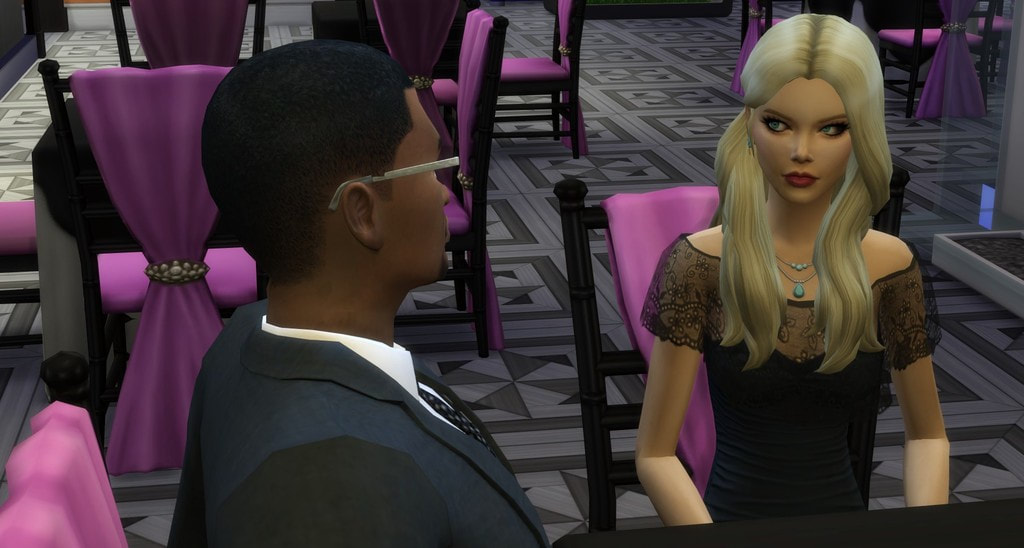 He cautiously cocked his head. "That sounds serious." 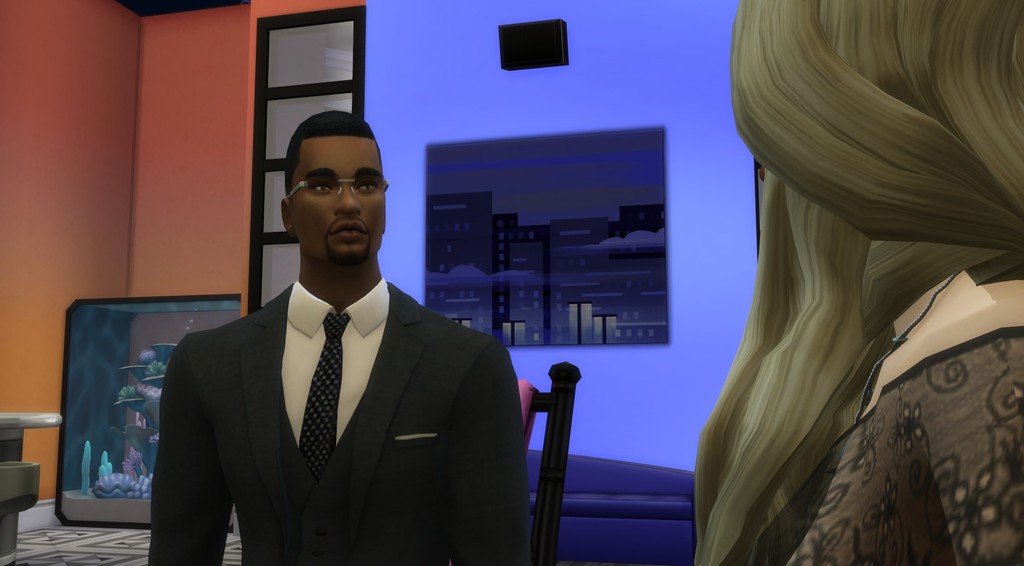 Taking in a deep breath, I couldn't turn back. It was no use. What I thought I could do wasn't fair to him or me. I couldn't settle any longer. I loved Theo but I wasn't in love with him. I'd been lying to myself all these years, but I didn't want to crush him, and I knew my next words would. But I'd be damned if I was going to turn into my mother--a two timing whore who destroyed my father.

"Baby, you're not making sense. What do you mean what you've become?"

"All my life I'd looked up to my father. I practically worshipped him, just like the rest of the world, I guess. And when he was ripped from my life, it shattered me." Sighing, I went on, "S-So, I've noticed that I gravitate to men who are similar to him in character...and that's not healthy. I can't have that in my life. I don't want to turn into my mother." 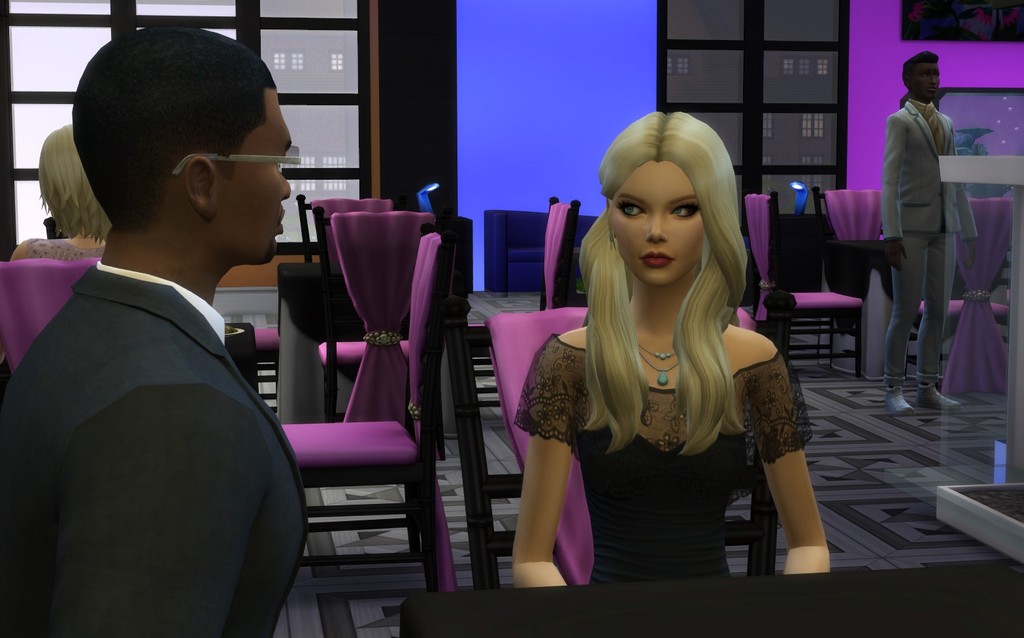 Anger colored his features. "I'm not your father," he growled. "I'm the furthest from, if you haven't noticed. I'm a well educated lawyer who would never leave my family, run around with druggies, and carve up my body with tattoos." 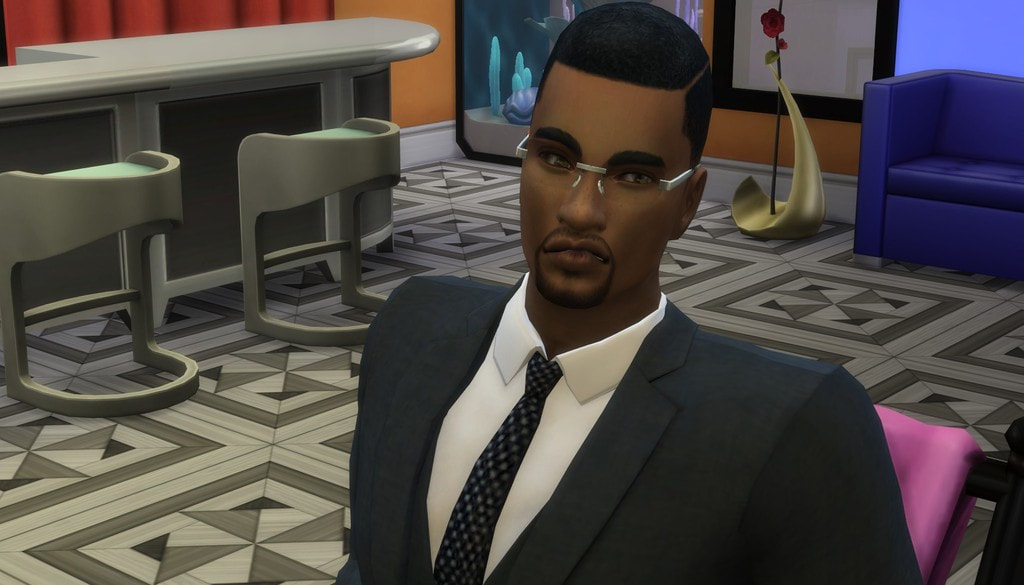 I hated to see that mixture of pain and anger in his face. "God, Theo, I know it seems like you aren't like him on the surface. You're more educated, you have different talents, but you're very similar in the fact that you love your work. You do! And you put it first before me just like he did even though you don't want to. You can't help it. I started getting jealous and feeling trapped because I never get to see you. It's just..." I shook my head slowly. "This is never going to work. We aren't meant to be." 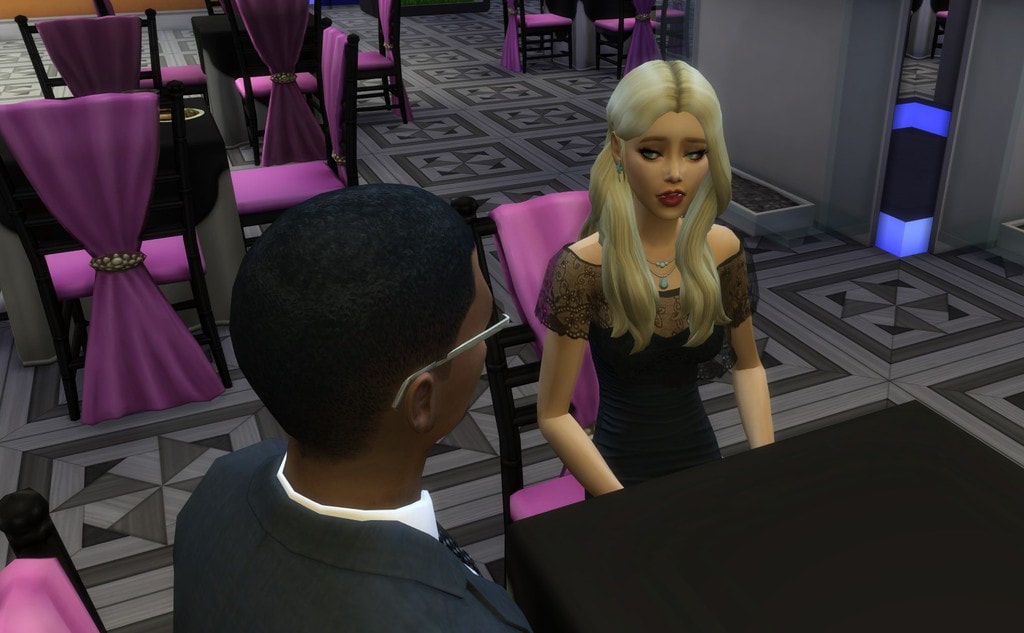 He let out a deep breath and covered his forehead. "Do you realize what I was going to do tonight?"
​ 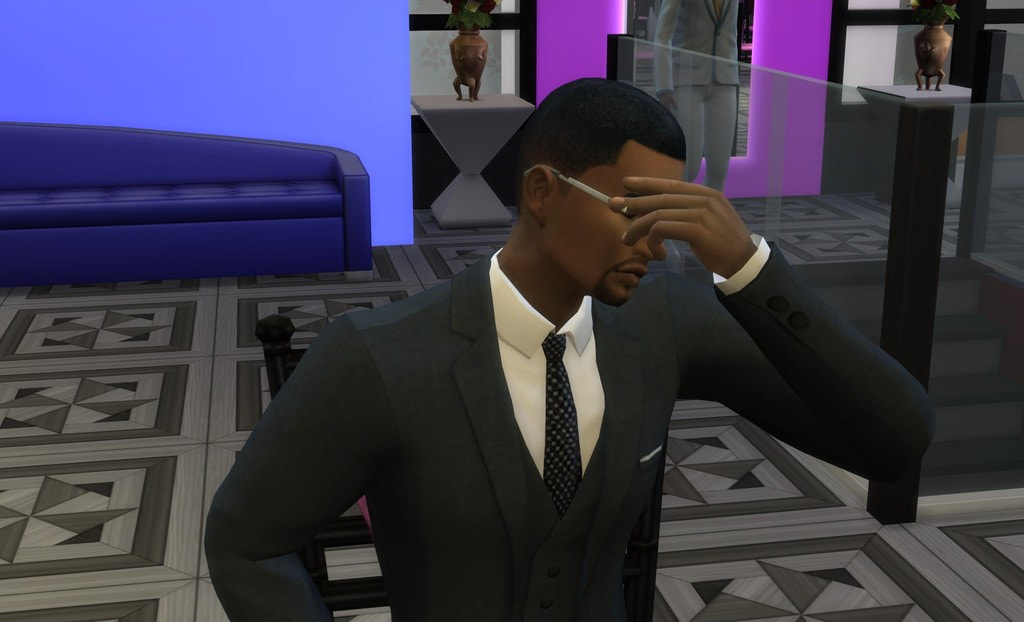 I shook my head, feeling all the anguish he showed on his face.

Digging into his inside coat pocket, he brought out a ring box and tossed it on the table. "I can't believe you're doing this now, Siobhan. We've been together for two and a half years, damn it. We mean everything to each other. How can you throw all of it away? Don't you love me anymore?"

"It's not about love, Theo. My parents loved each other more than anything in the world, but it wasn't enough. They weren't good for each other. They tore each other apart until there was nothing left. I'm sorry, but...I can't do that to you. I won't allow us to love each other to death. I won't."
​ 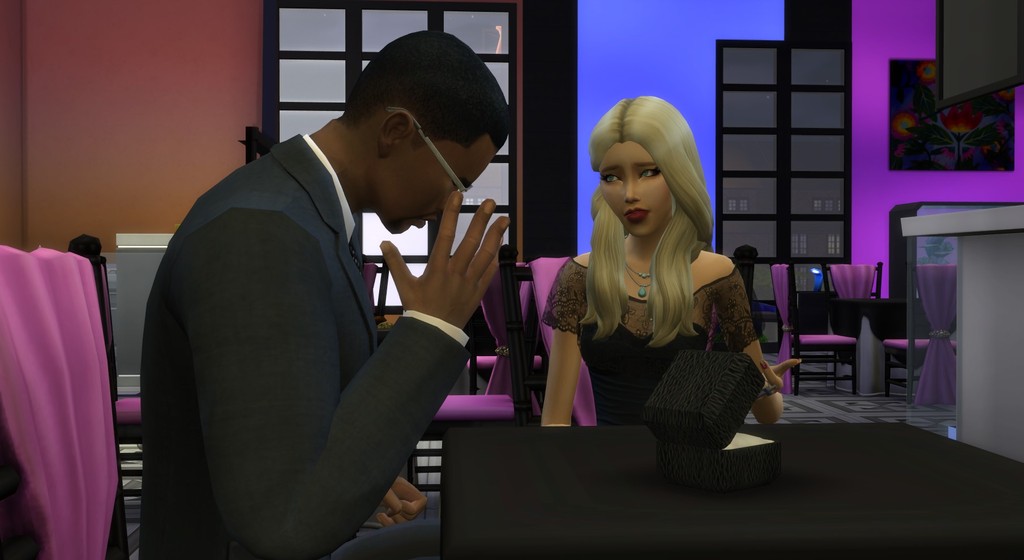 Covering his face in his hands, he said, "I'm not going to allow you to do this. I won't. You're just not thinking straight is all. We'll get through this. I'll change. I'll do anything not to lose you."

God...this was so hard. Every fiber in my being wanted to wrap my arms around him and tell him everything would be okay, but the thought of what might happen to us, to our family, was too much. I couldn't let that happen. I knew in my heart I was making the right decision. Tears pinched the back of my eyes. "Theo...people shouldn't be expected to change for someone else. I know my dad couldn't for my mother. He was who he was just like you're who you are. There will be someone who is perfect for you out there. I know it in my heart. But that person is not me." 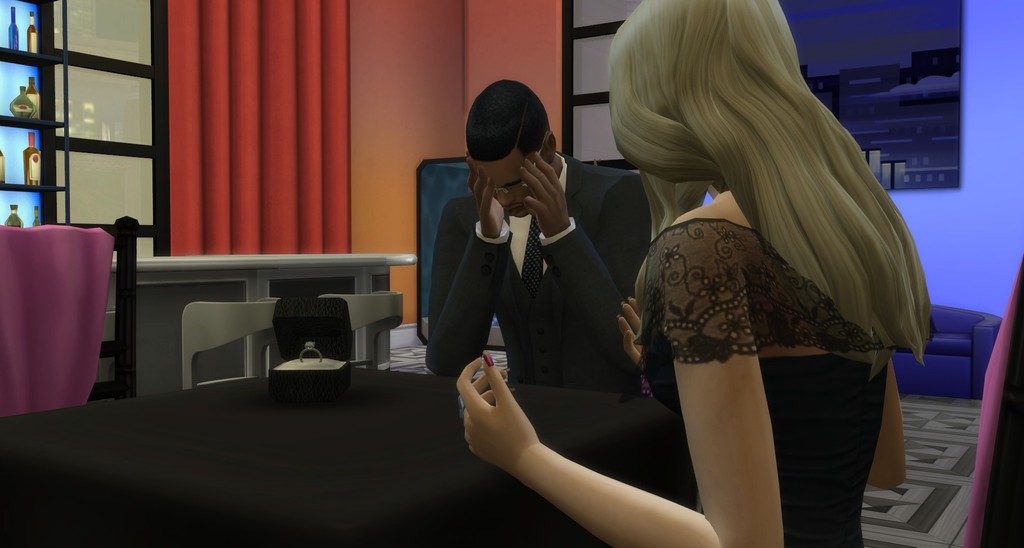 I stared at the huge diamond engagement ring. That was Theo's taste, not mine. It underscored the fact that we were set on two different paths, and it gave me even more push to dig deep and not get swept away by our emotions.
​ 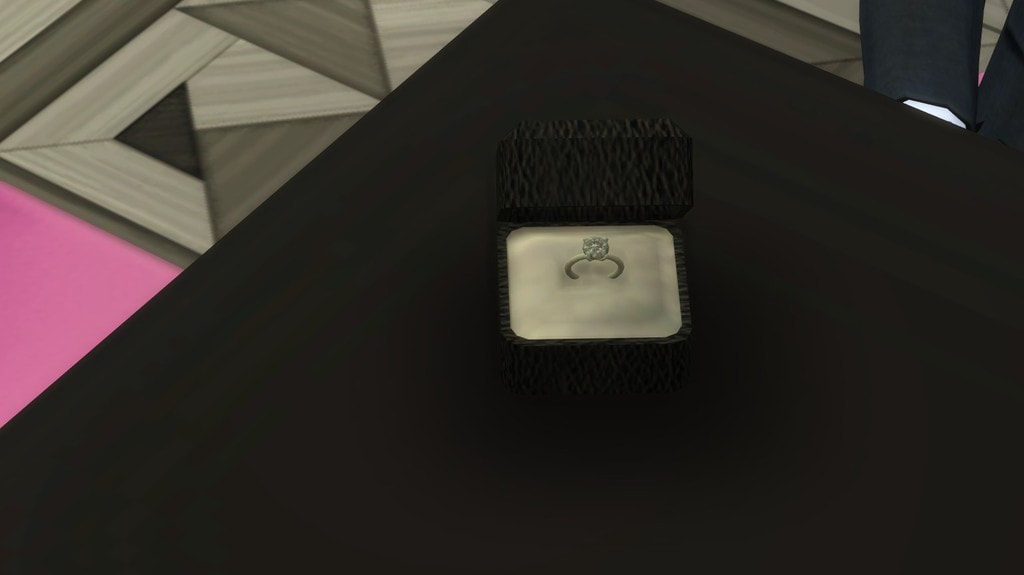 "Okay," I said, pushing the chair back from the table.
​ 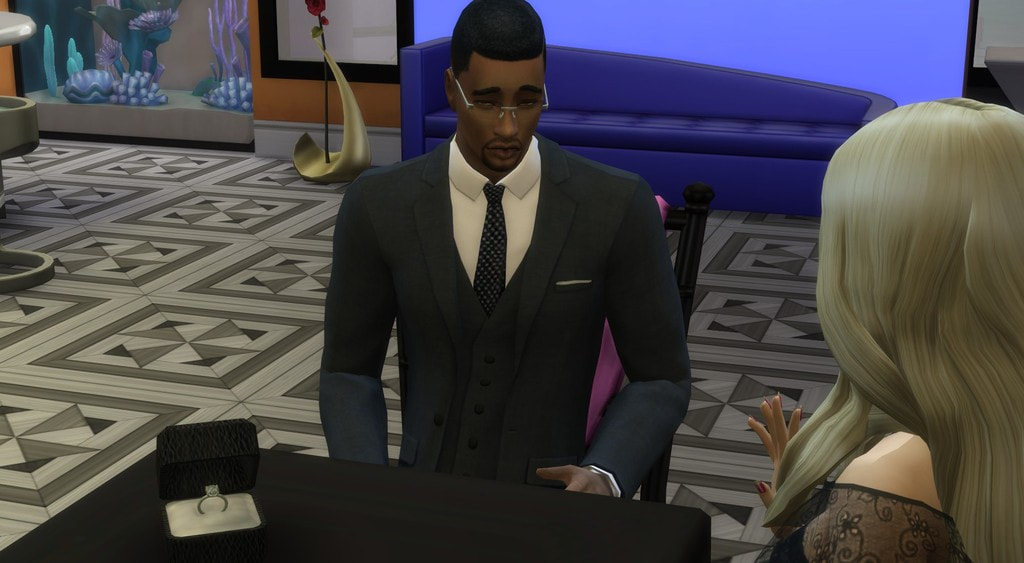 We walked around the city not saying anything until we came upon a deserted park. He turned around with pain, anguish, anger, disgust peppering his face. I never thought he'd ever look at me that way.

"You really want to do this. Walk away from all we have. All we've built together."
​ 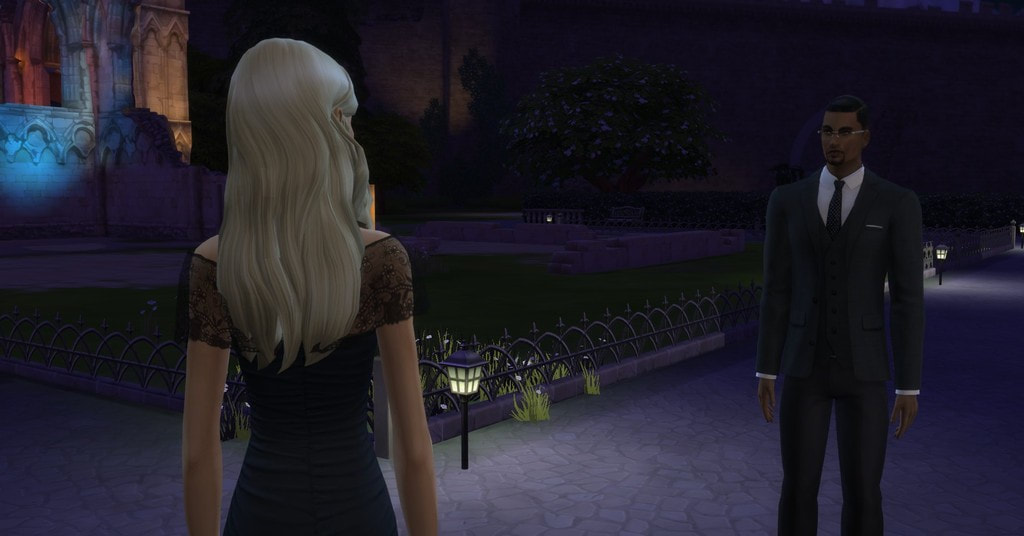 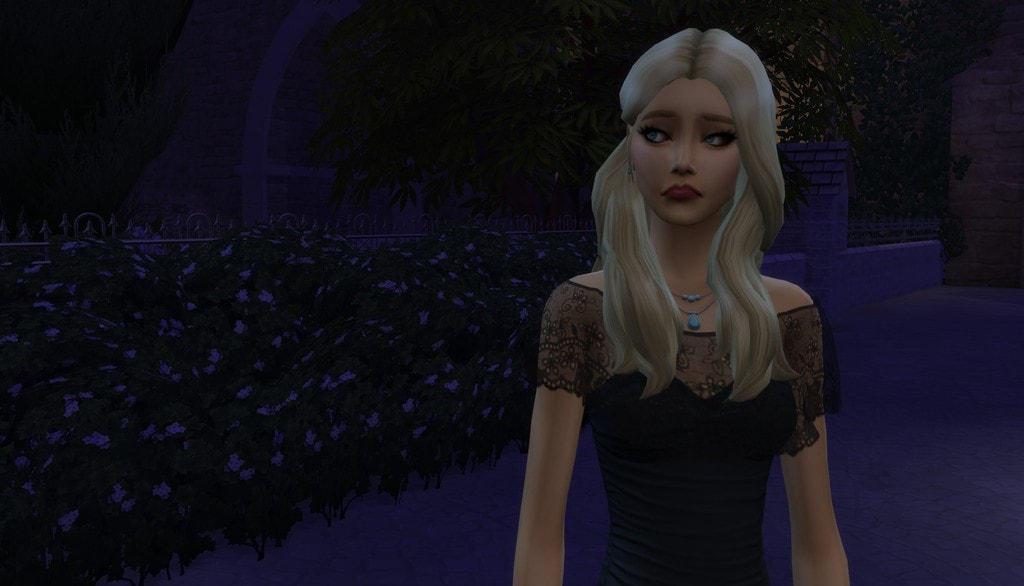 Rushing toward me, he bent down, pulling on my hand and pleading, "Siobhan, baby, don't do this. Give us another chance. We can go to counseling. I'll quit my job and manage the club exclusively. You've got to understand there's nothing in this world more important to me than you." 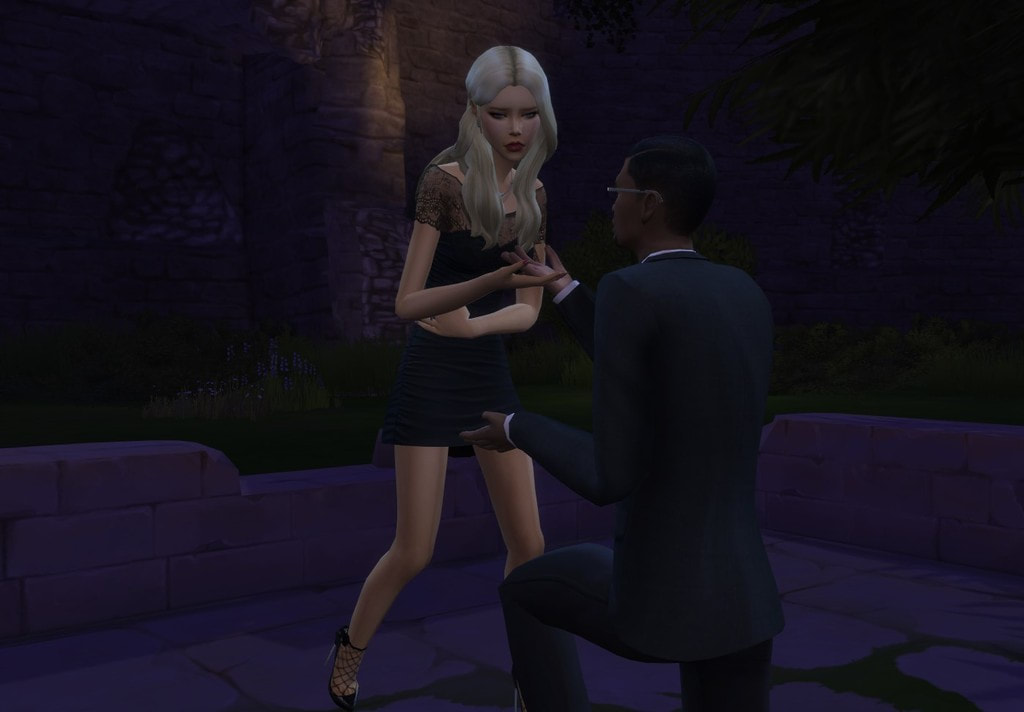 Tears streamed down both of our faces as I wrapped his hands up in mine. "Theo...how can I ask that of you? You'd end up hating me. No. This won't work no matter how hard you try to change. That's not fair."

He dropped down and sat, wiping his eyes as I leaned on him. We both cried together, and I wondered if I was making the right decision. He would have been a wonderful father, and maybe if he focused on the club it would change things. But there was another obstacle in our way.

I was in love with someone else. 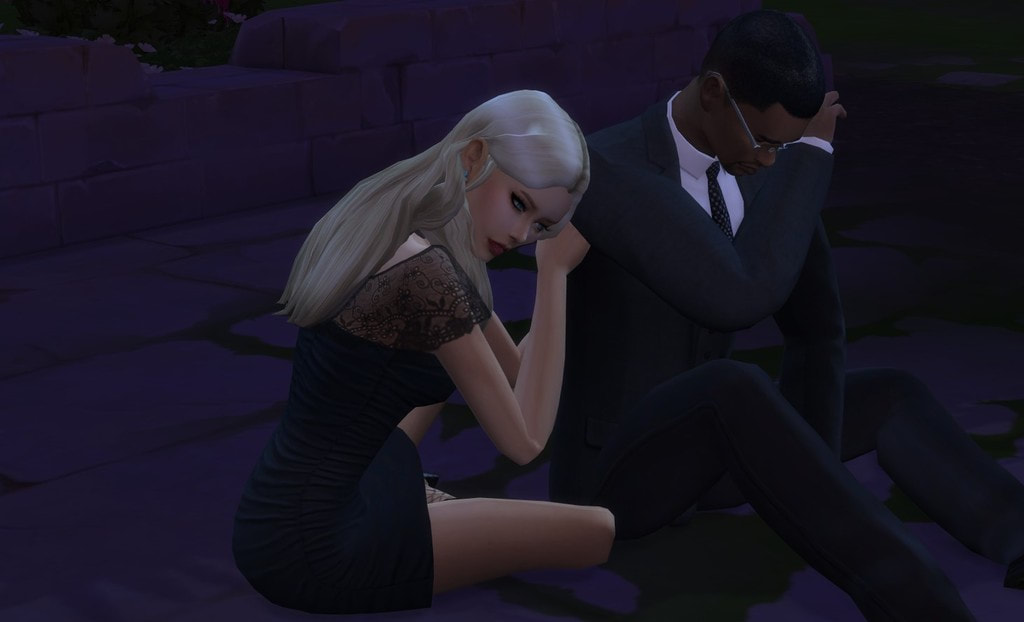 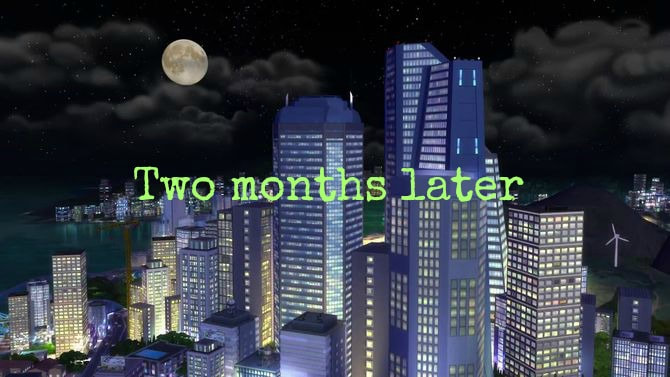 I threw myself into work after that night. Theo had me buy his half out of the club, and I appointed Treyvon as my manager over the business side of things. He was a godsend to me during this difficult time. I knew he wanted to date me, and I even mulled over the possibility, but I couldn't get my ex out of my mind even though I wasn't sure if I should go back to him.

But then one day I saw him jogging down the street in front of the club and I knew.

My feelings were never going to change.

​I had to give us a chance.

Getting off work, I warred with myself on calling him. I talked myself out of bringing out the cell phone and pulling up his number countless times.
​ 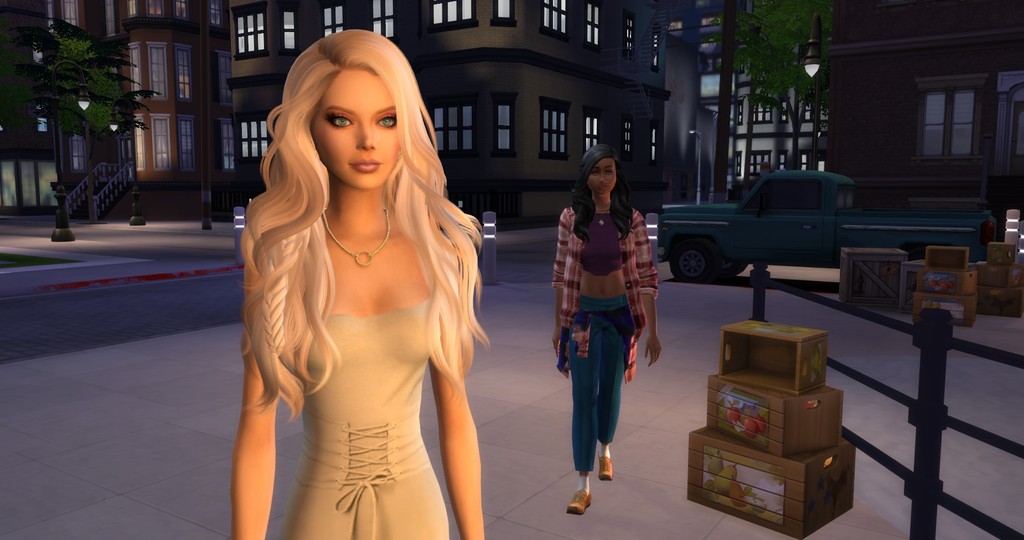 Until I couldn't resist it anymore. It was time I stopped running away from him.
​ 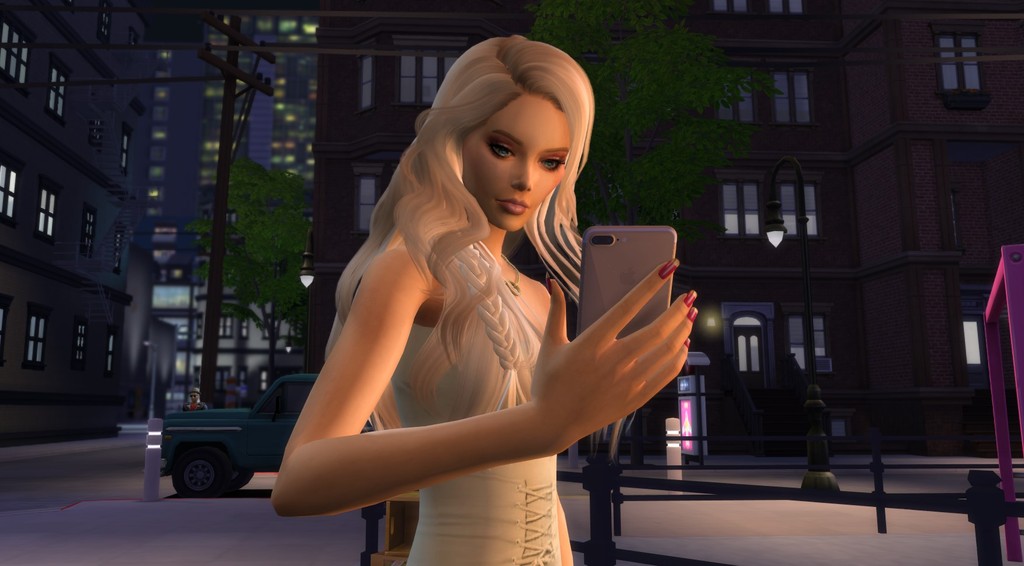 "Hey, it's Siobhan." My insides felt like I'd just jumped off a tall building. There was no going back now. "Can we meet?" 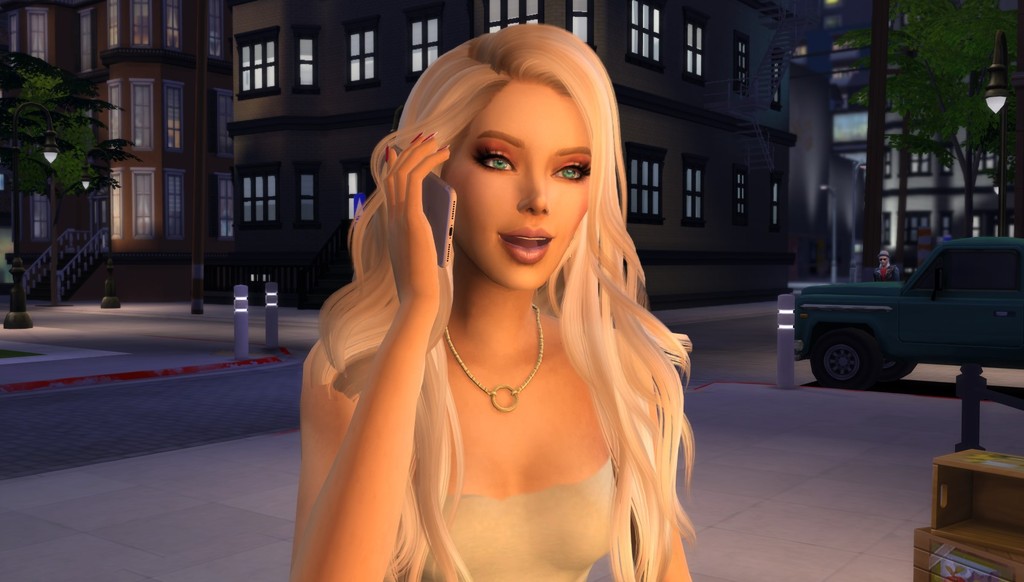 He told me he'd get off work in an hour and to meet up at a park near him.

That was the longest hour of my life.

Finally, the time came...my legs felt like two logs as I walked to the edge of the park. And then I spied the top of his head and without thinking, I ran!
​ 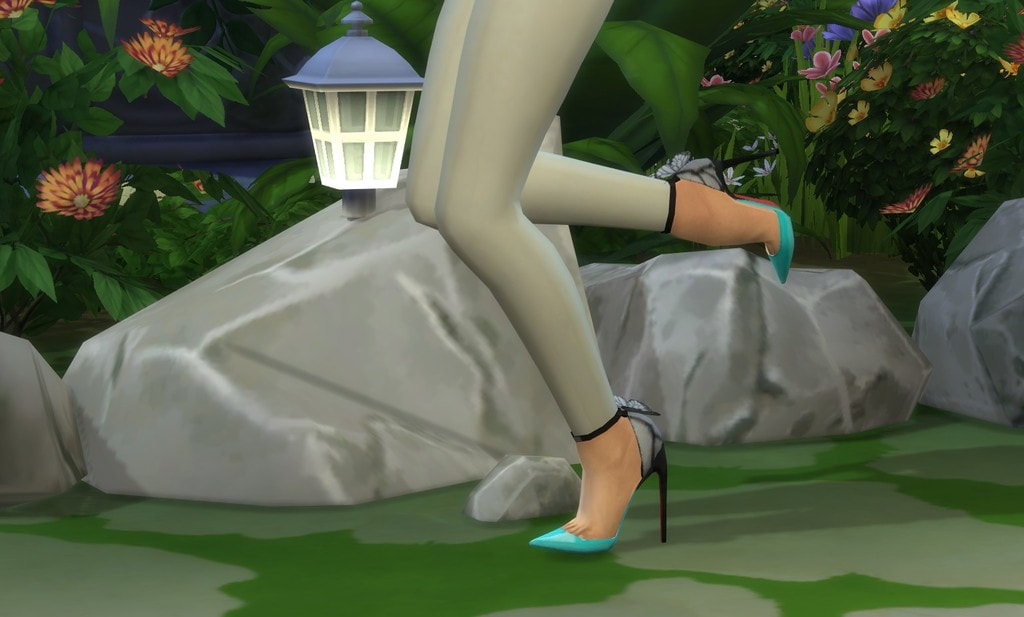 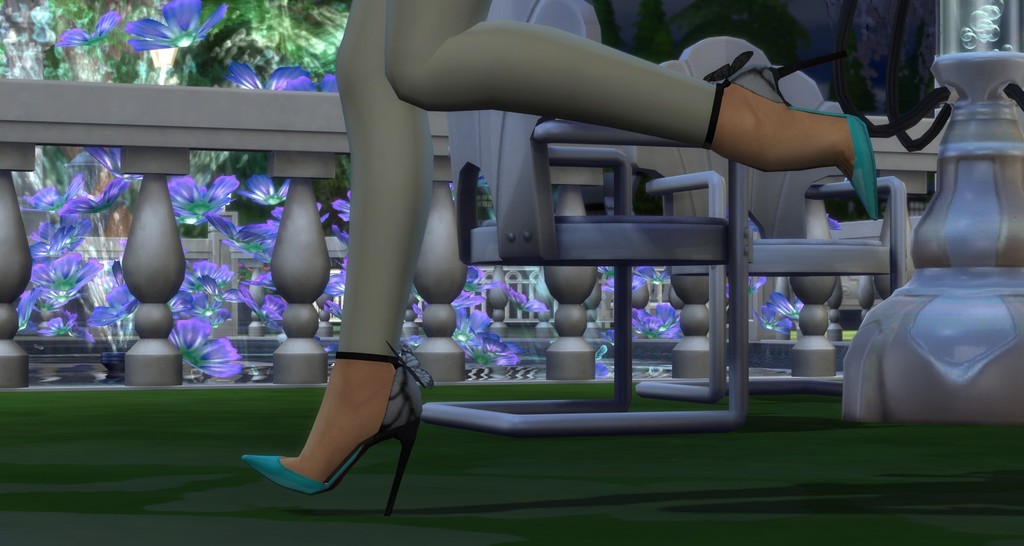 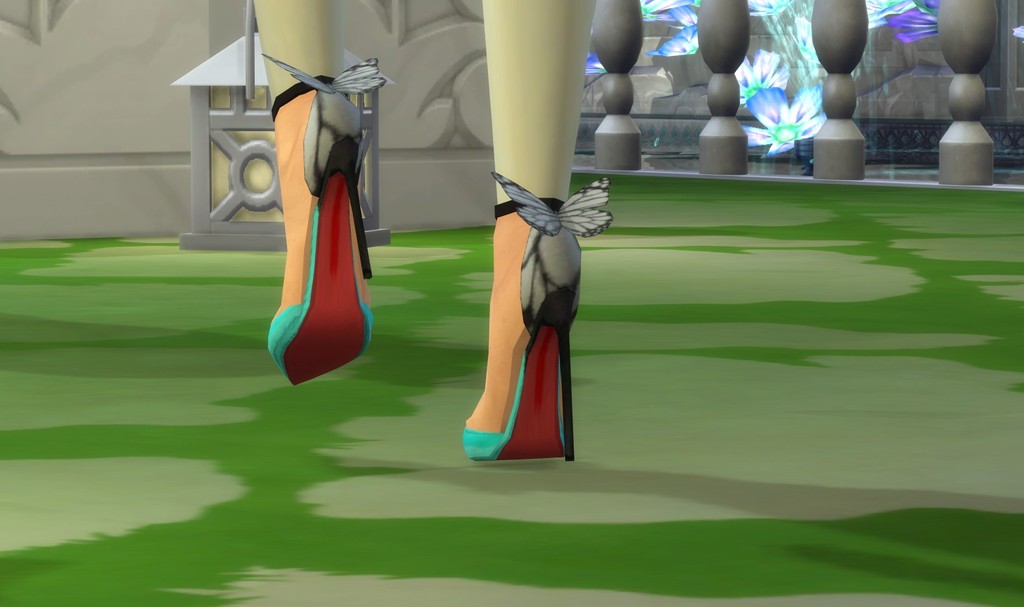 When I saw his face, a broad grin swept over his features as his eyes gripped me.
​ 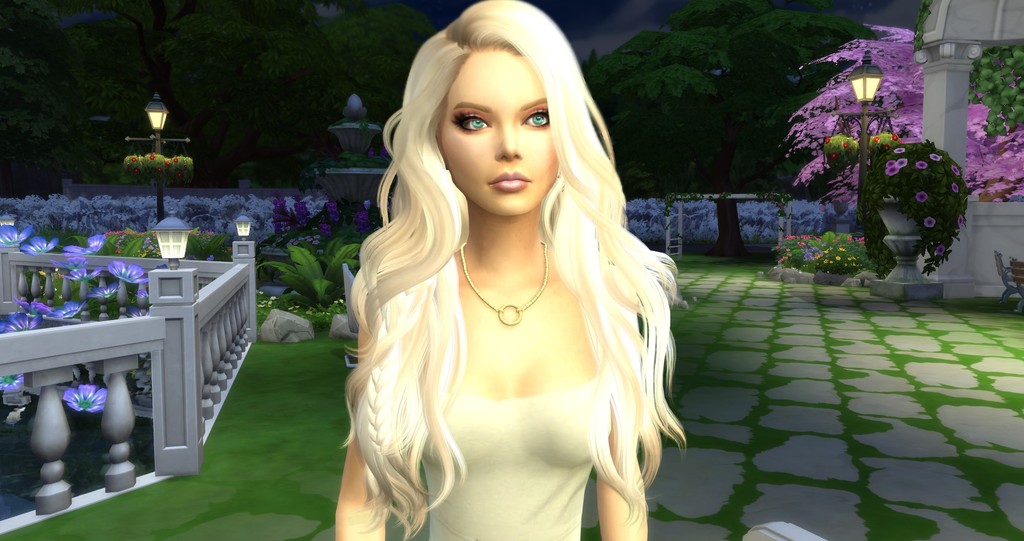 Want to say SO SORRY to Ship Sheo...it is now at the bottom of the ocean, sad to say. You will find out who Siobhan chose in the next chapter!

Also want to thank Joanne Bernice for creating the rejection pose for this chapter. She did it just for me and even though I didn't use it quite like I thought I would, it really came off well, I thought. Go over and support her tumblr by following her! She has the BEST poses in simdom!