It’d been six weeks since Grayson and I started dating and I could honestly say I hadn’t been happier in a long time. He was smart, beautiful, and had a subtle humor that really caught me off guard at times. It was so much fun watching him work, too. He was such an intense, driven person, it made me so proud to have him running the lab for me. And having Pops on board with this relationship was a bonus. He wouldn’t get in our way if we grew serious.
​ 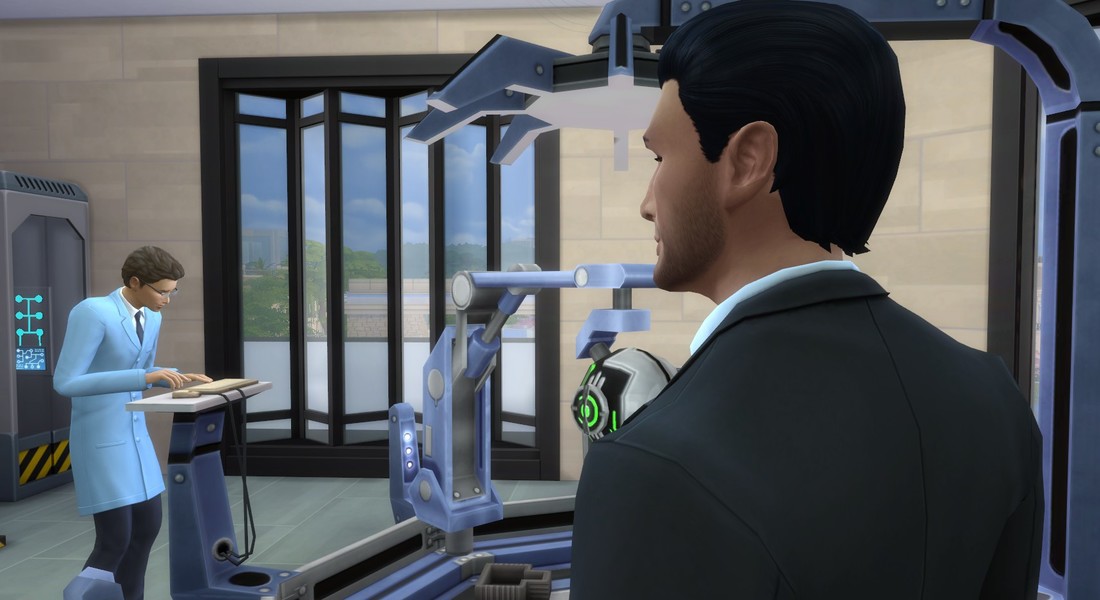 I loved to sneak up on Grayson while he was in the middle of something. It would drive him nuts.

Slipping my hands around his waist, my voice rumbled in his ear, “I think it’s time for a break.”
​ 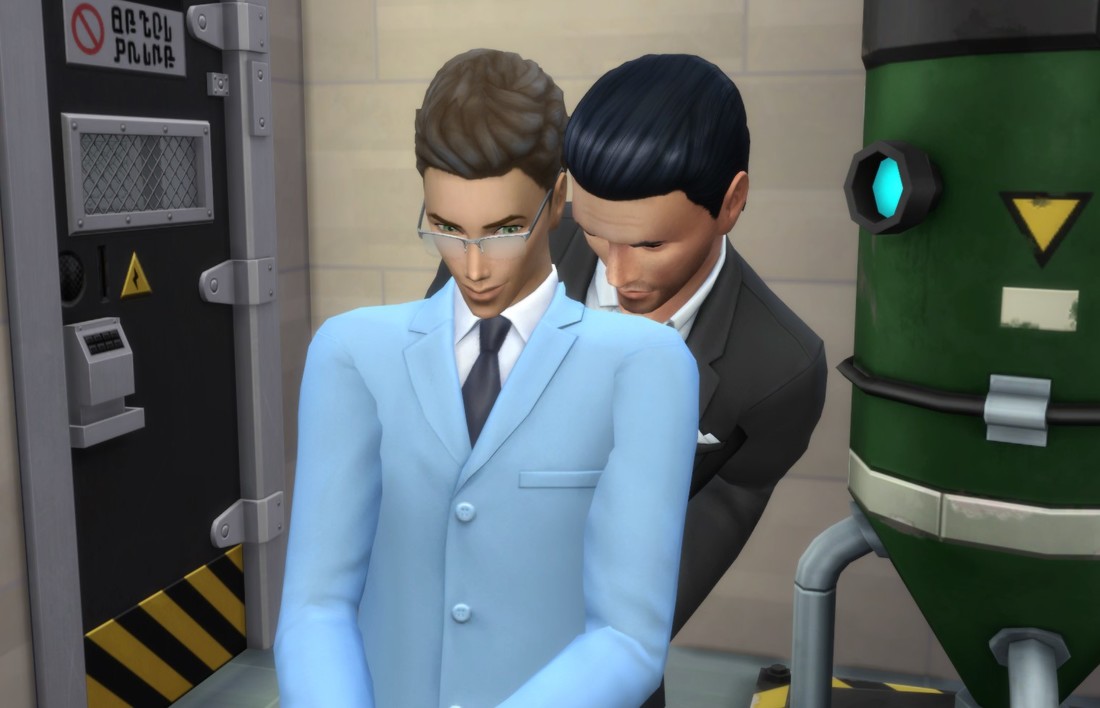 “I think it’s not,” he said, but I could feel him leaning into me.

I tightened my arms and nuzzled his neck, smelling the rich musky cologne I bought for him. “Oh, really?” I teased. “Tell me to stop then.”

“Knight, I just have a little more to go, and then I’ll be finished.”

“You say that all the time and then you forget and hours go by. I’ve got sushi waiting for us at my place. It’s 5 o’clock. Boss says it’s time to go home.” I took his hand and pulled him away from the computer.

Smiling, he asked, “What kind of sushi?” 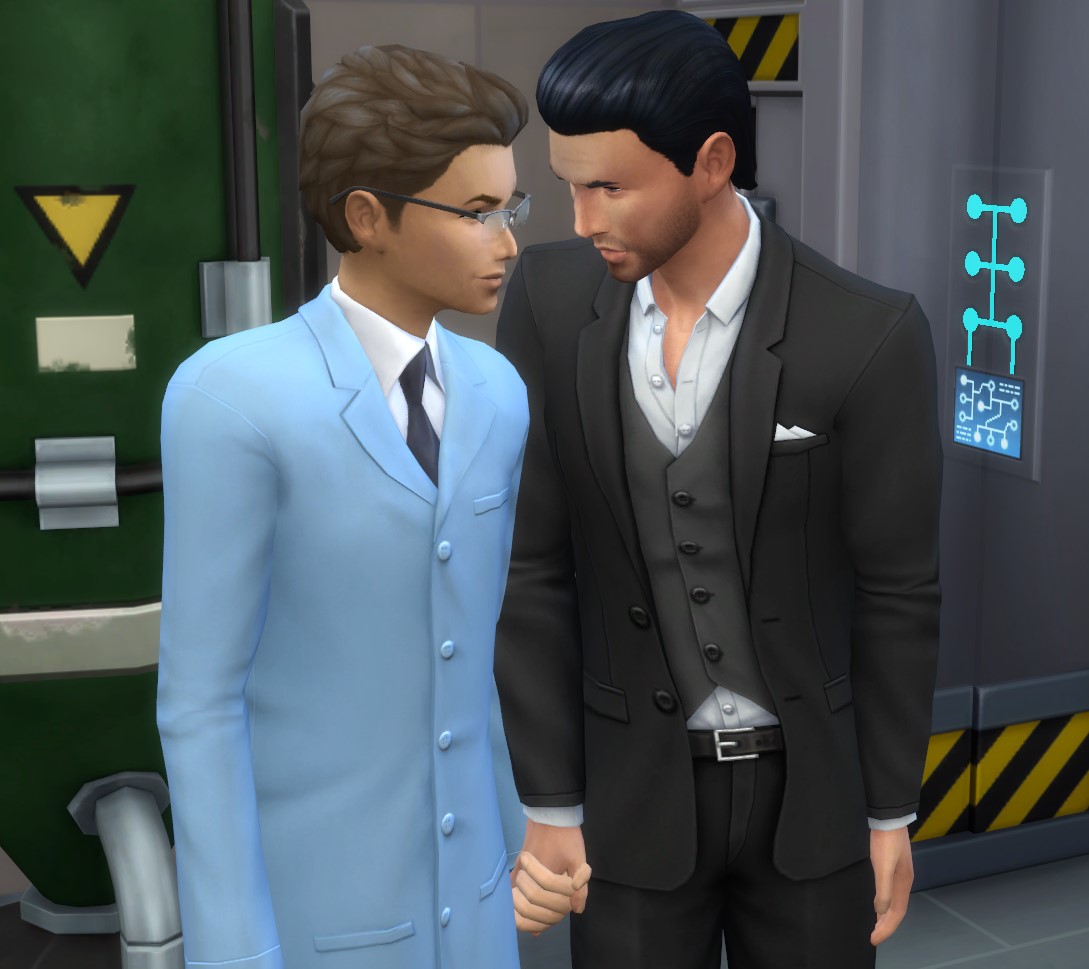 He kissed my cheek and said, “Bribery is good.”

After dinner, we settled down in my living room with full stomachs and enjoyed each other. In a few minutes, Grayson fell asleep on my lap as I stroked his silky, wavy hair. I mused at what a find Grayson was and right under my nose all this time. He was easy to be around, and I knew I could count on him. He wouldn’t leave me. He didn’t have any mental issues. In fact, he was the most stable person I knew.
​ 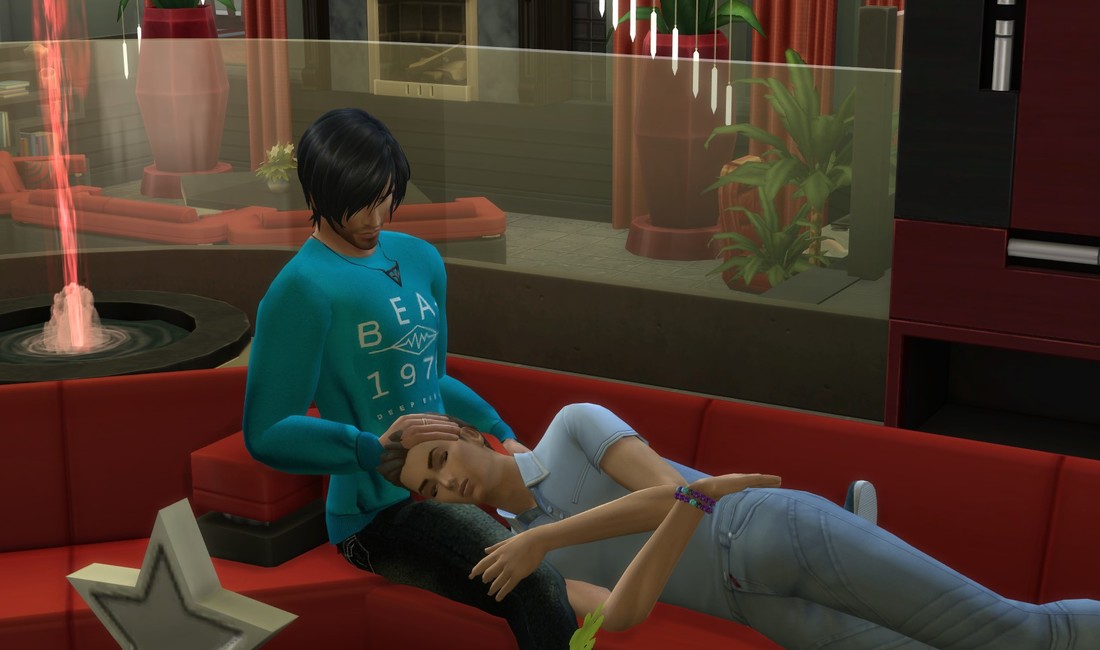 But as I sat there in such peace, a wave of regret showered me like a sudden rainstorm. My mind scrolled into the “what if’s”. What if Alex was here in my lap instead? What would my life look like down the road with him? With Grayson, things were simple but slower paced. He didn’t like change. He was a planner. And he certainly didn’t like to ride motorcycles, fast cars, nor would he ever punch a guy in the face. He was the complete opposite of Alex. My life with Alex would have been ever changing. Exciting. We’d see the world. Grayson hated airplanes, so travel was out of the question.

I stared into the fireplace, wondering why my mind was on Alex when I had such a jewel sleeping in my lap. I forced the confused thoughts away. Maybe what I needed was right here. Was I too stupid to make it permanent?
​ 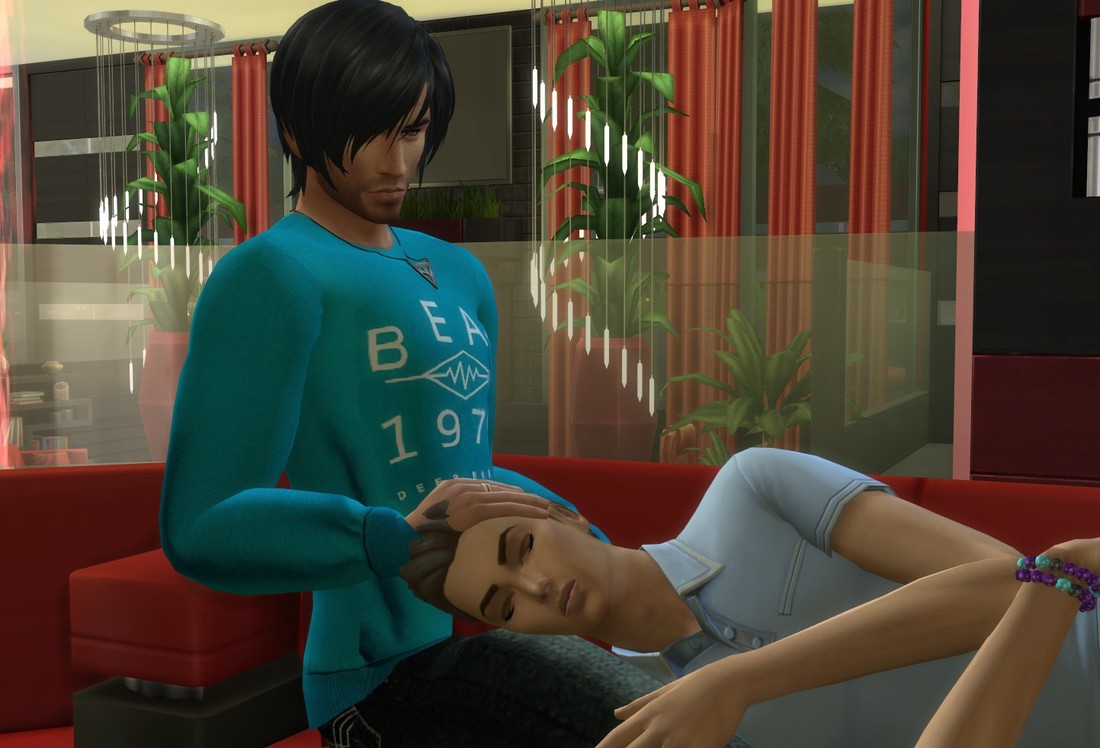 Six weeks ago, Jianna Richardson came to me and told me to ask Knight to my book launch party, but that had been only a few months after Knight looked like he wanted to punch me out. I couldn’t get the guts to think about talking to him much less invite him to the party. And then I told my sister I couldn’t bring anyone on a double date, and I wouldn’t be set up. She said she’d give me two months and then she’d force me.

I was tired of running away from him.
​ 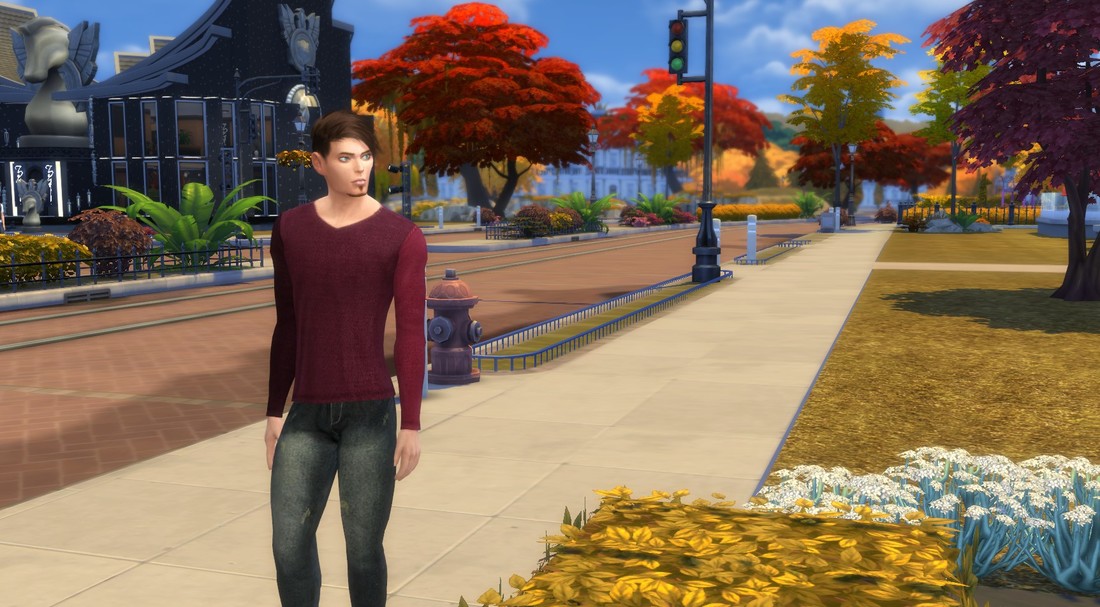 Add these thoughts to a good session with my shrink, and I found myself out of the city and right in front of Knight Towers.
​ 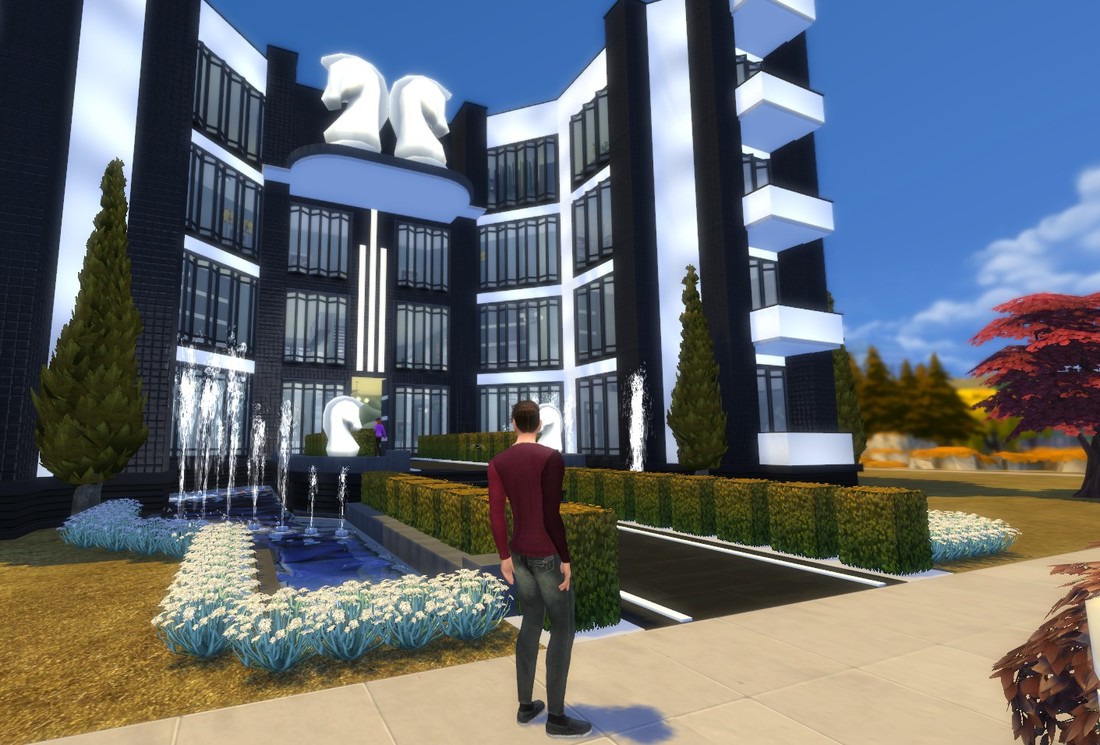 Next thing I knew, I was standing in front of Knight, shaking with nerves, staring at him, worried what he was going to say. 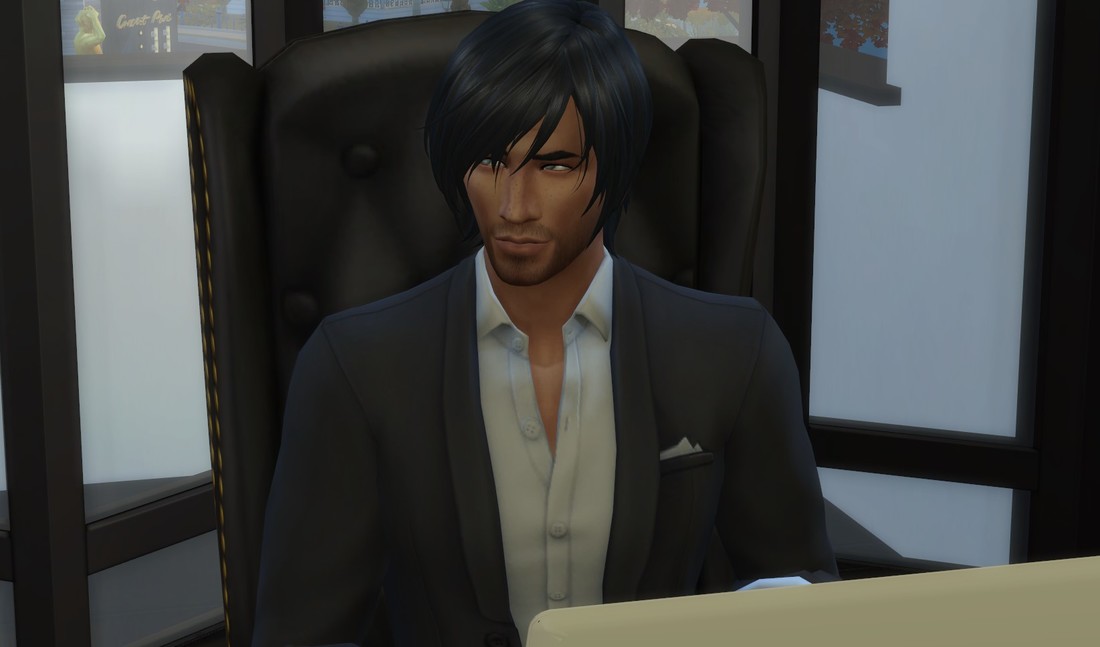 Heart pounding, I tried to act casual, like I always barged into the CEO’s office. “Um...you know your secretary, Katelyn, likes me. She batted her eyes at me and waved me in. Guess I’ve still got some charm...at least with her.”
​ 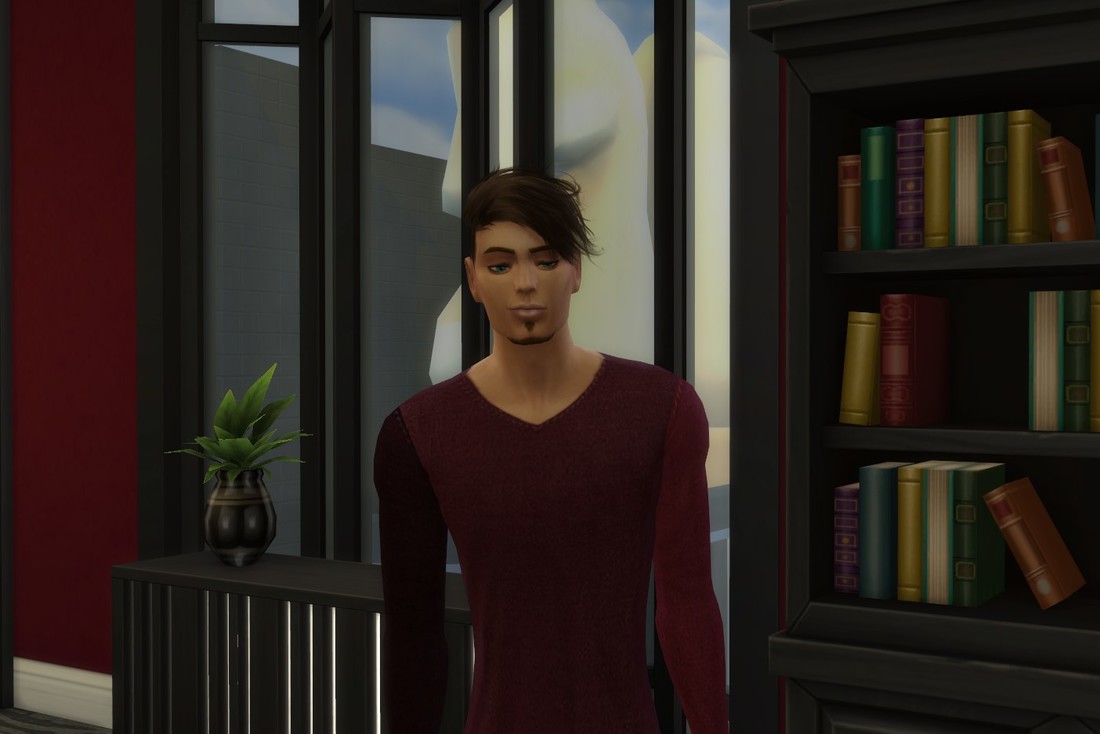 He drew in a large breath and asked, “What do you want, Alex? I’m very busy. I don’t have time to fight with you today.”
​ 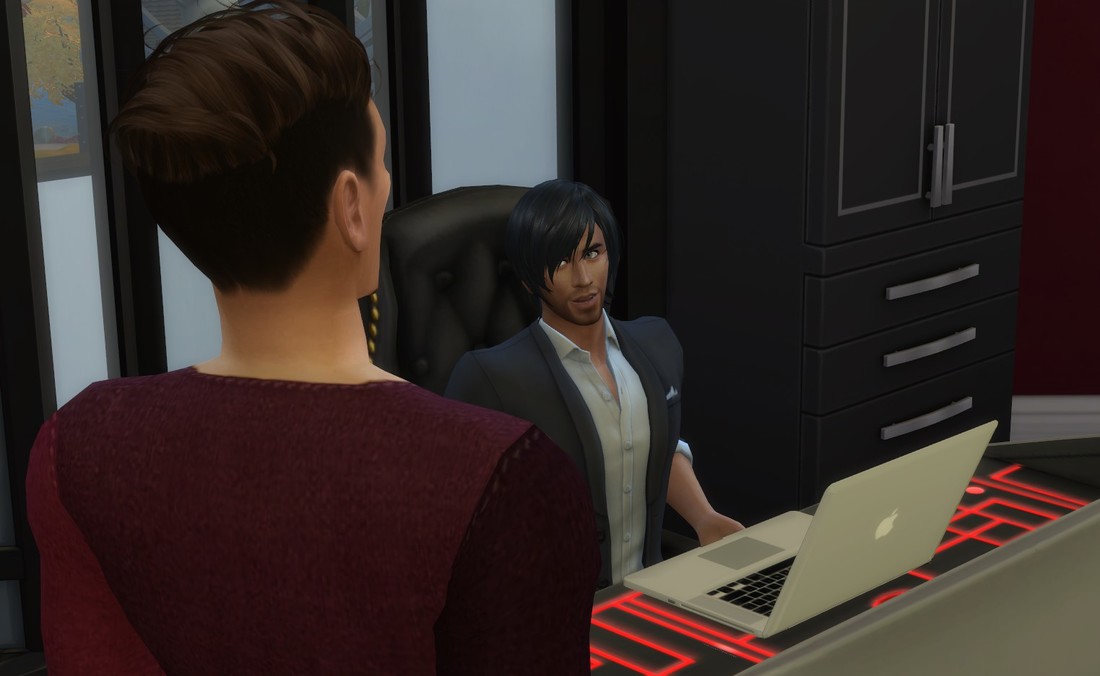 “I-I don’t want to fight either. I mean...I-I didn’t like the way you left last time and it’s taken me this long to get the nerve to see you again.”

He put up his hand. “So, what do you think is going to change?”

“Are you still mad?” I couldn’t believe those words left my mouth. It wasn’t what I was supposed to say.
​ 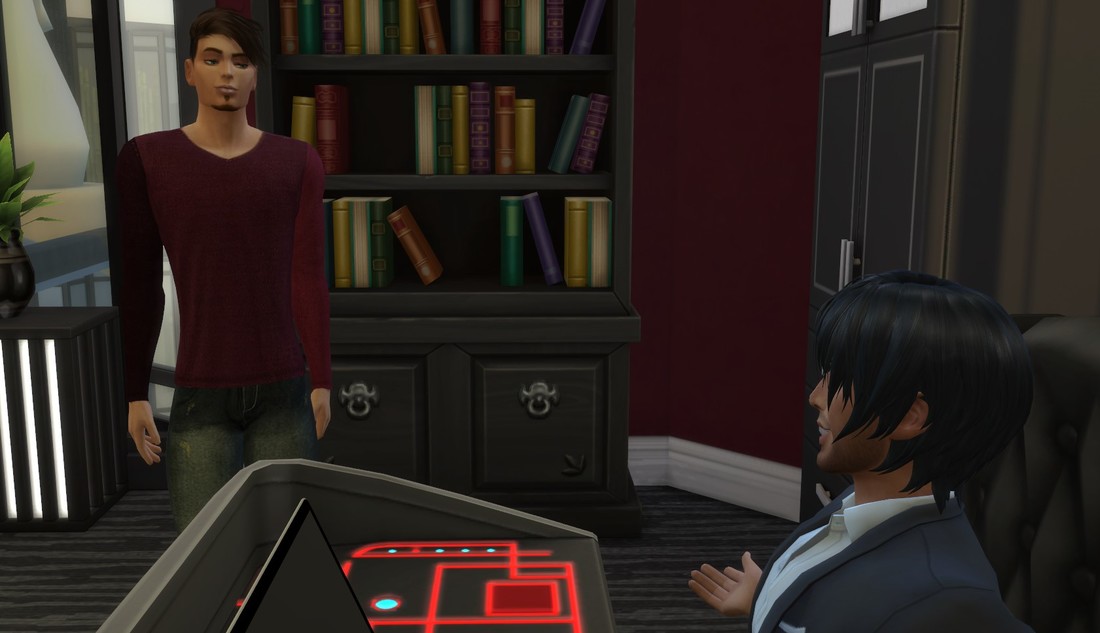 He rubbed his eyes, looking very tense, then said, “I’m not mad anymore. I have thought a lot about what you said, Alex, and I...I guess I understand. You went through so much and it makes sense you needed to get better.”
​ 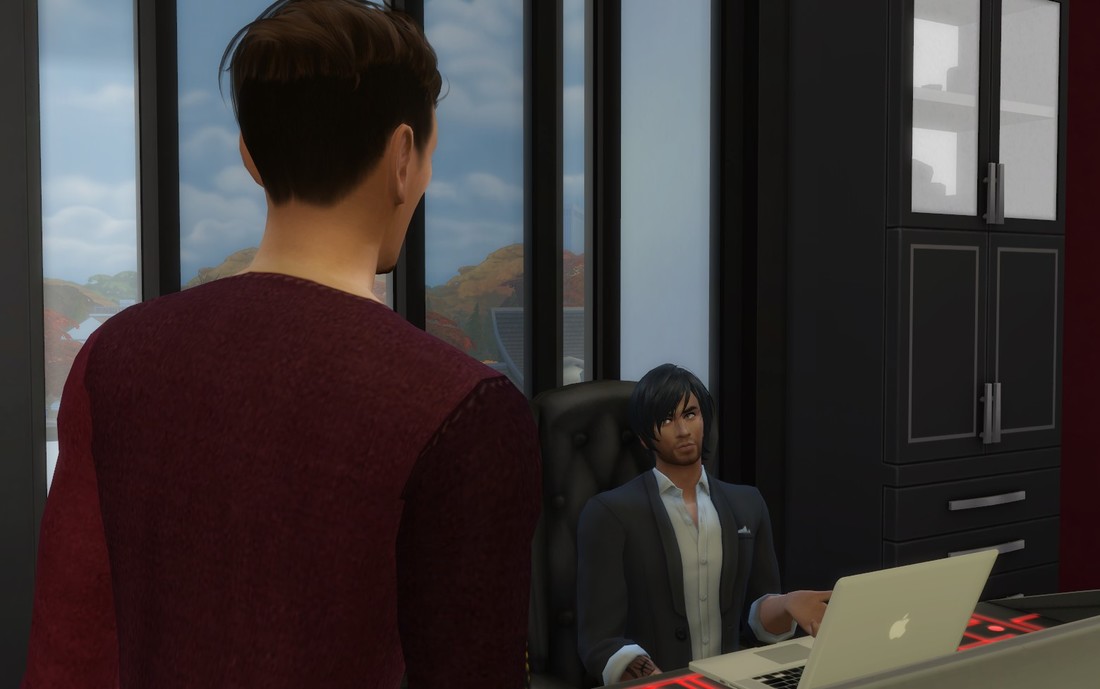 I let out a breath. “Awesome!” I glanced away and tried to tone down my excitement. “I mean, that’s good then. Um, since our families are a little intertwined, I thought it’d be nice if we could like bury the hatchet. I wanted to invite you to my book launch party. Did Jianna tell you about my novel?”

He ran his fingers through his hair and got up, asking, “You want a drink because I sure need one?”

I nodded and he waved me to follow him to his bar area.

“What’ll you have, Alex? Do you still like those awful sickening sweet fru-fru drinks?” He chuckled, making me nostalgic and sad all at the same time.

He gave me a look. “So you’re drinking the hard stuff now. Things have changed.”

Without glancing at him, I said, evenly, “Well, I’ve grown up.”

Shaking his head, he said, “I’m not sure that’s a good thing.”

As he poured straight whiskey over ice, I couldn’t take it anymore. I had to tell him how I felt. If I didn’t take the chance now, I never would. “Listen, Knight. Ever since you found me, I haven’t been able to get you off my mind. Not even for a minute. I’ve made some horrible choices in my life but leaving you was the worst decision I’ve ever made. I really want you back.” I swallowed and stared into his eyes. “Do you think you could forgive me enough to start over?”
​ 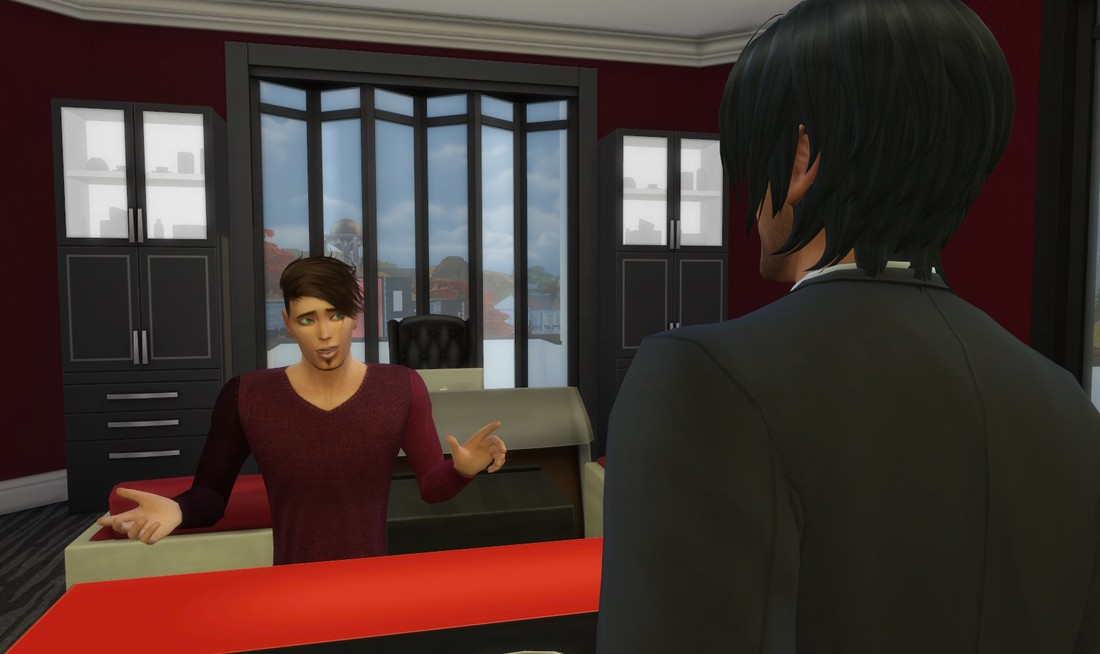 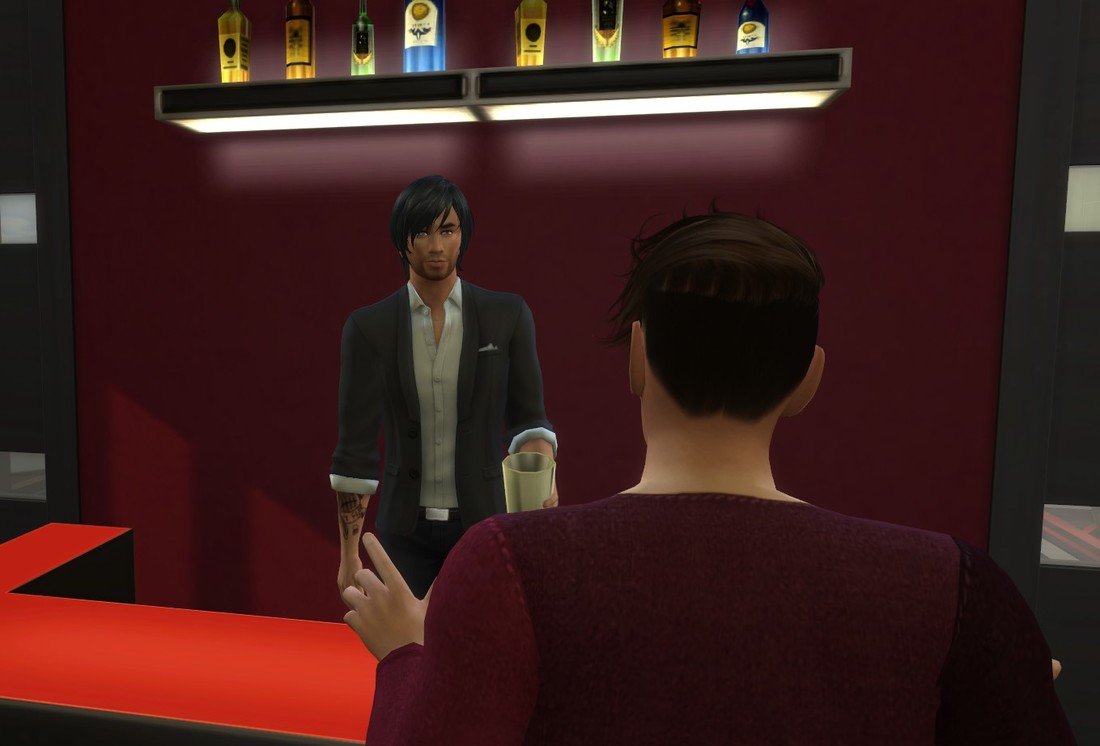 I went on because I couldn’t leave anything unsaid before he might say no. “We could take it slow. I mean, I realize we wouldn’t be engaged or anything. I just want another chance. I’m getting better. My psychiatrist only wants to see me monthly now. That’s a huge step, too. A good one.” I rubbed my hands together. “I don’t know...I just don’t want to run from you anymore. I realize I need you in my life. If you don’t hate me then I wonder if we could try again.”
​ 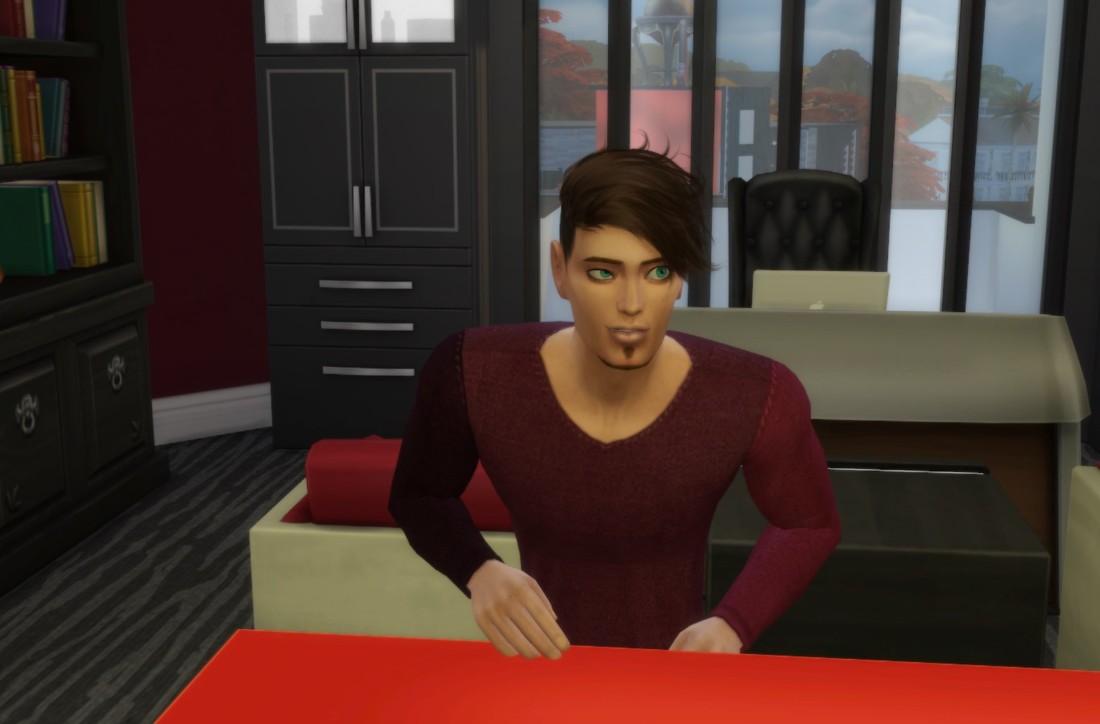 He came around the bar to me and asked, “Why didn’t you say something to me sooner? Why?”
​ 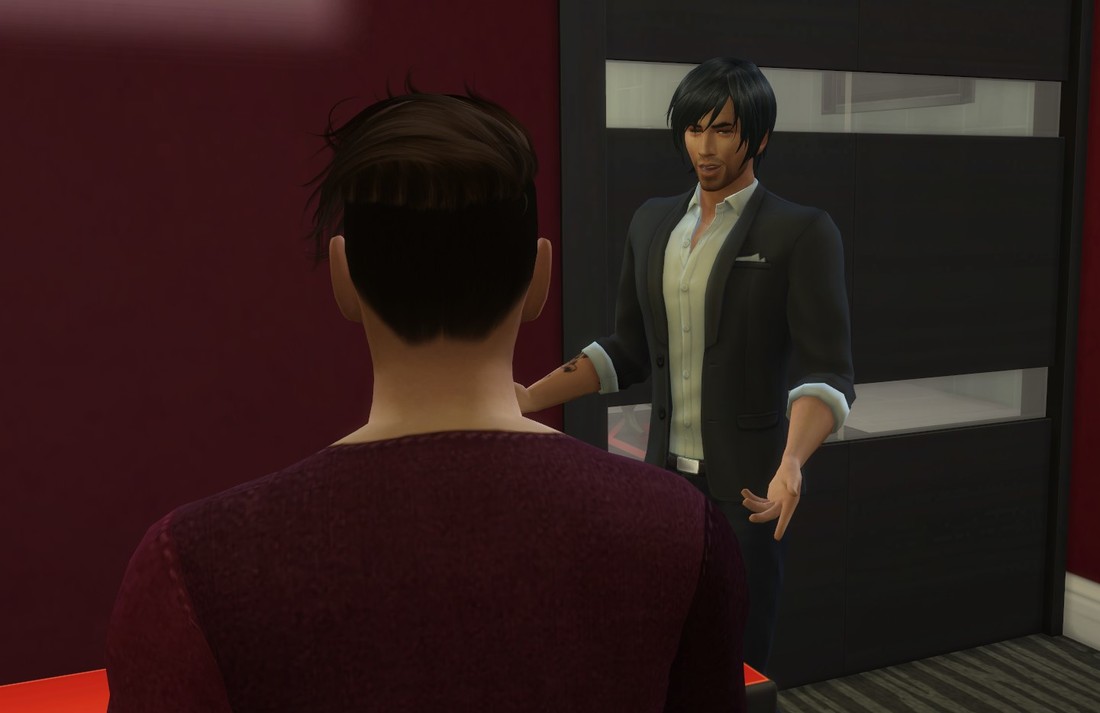 Just then, one of his scientists from his lab walked in. By the look on his face, he was surprised to see me. “Oh, I’m sorry. I didn’t realize you had a meeting today. I’ll come back later.”

Knight stopped him and said, “No, Grayson, don’t leave. This is Alex Day.” Turning to me, he said, “Alex, this is Grayson Harris. He’s the head of my R & D department.” 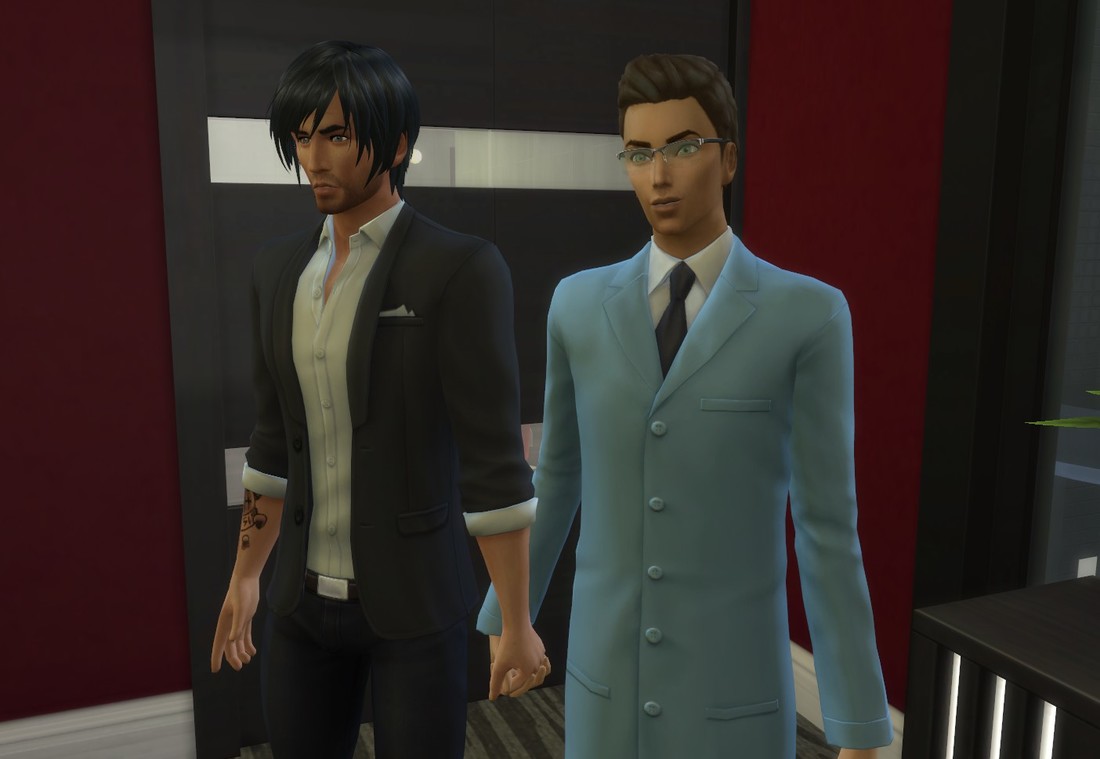 Those words knocked the breath out of me and I felt as if the room spun.

I couldn't say anything, I was so blown away. I just stared at them like an idiot. Crossing his arms, Grayson took a step forward. “I know who you are, but I don’t know why you’re here messing with Knight. Do you realize how much you hurt him? He might forgive you but I won’t. Leave Knight alone.”

Knight didn’t respond. He only hung his head, obviously supporting his boyfriend’s rant.
​ 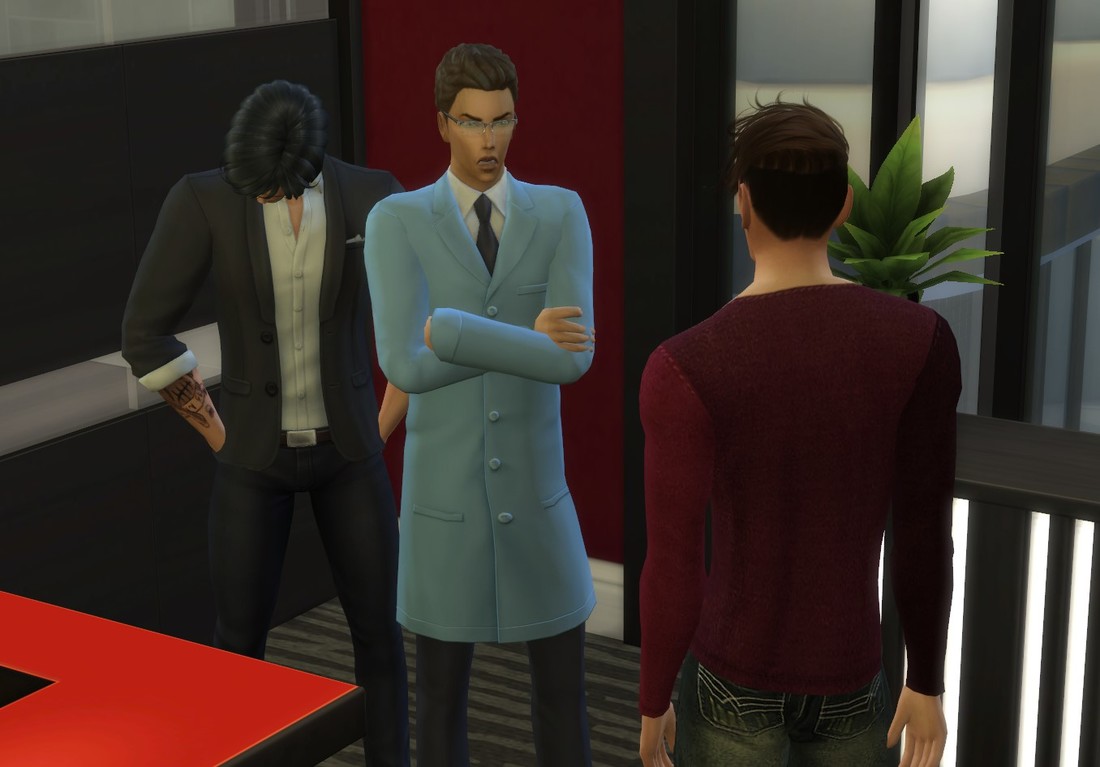 My face caught on fire. “Look...I-I didn’t know or I wouldn’t have come. I don’t want to cause trouble. Knight, just forget I said anything.”
​ 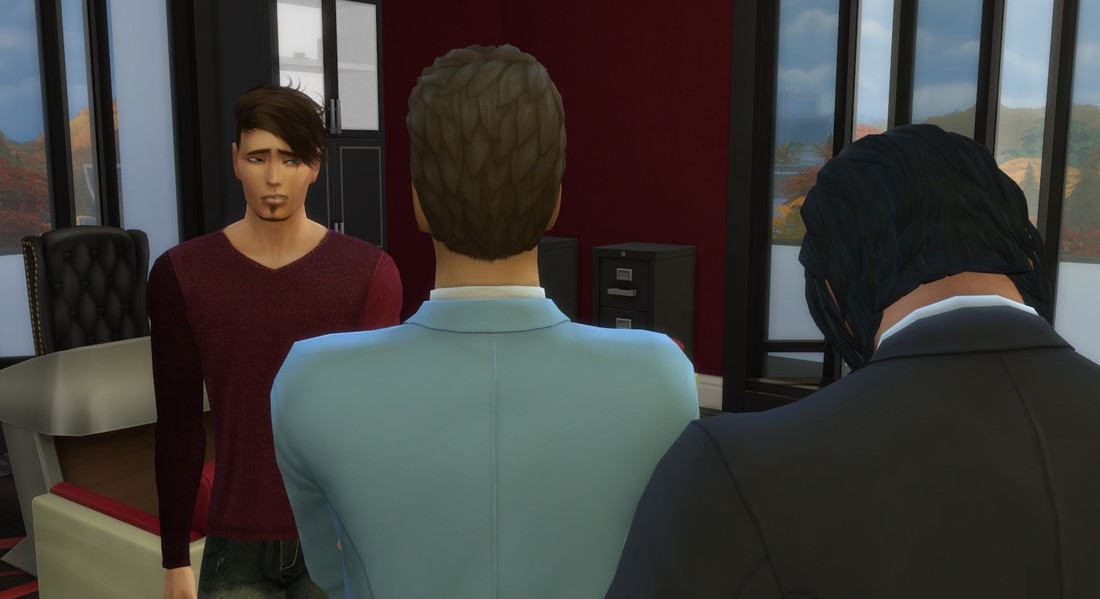 ​Fleeing from them, I raced out the door and didn’t even look back when Katelyn said good-bye to me.

I was too late. 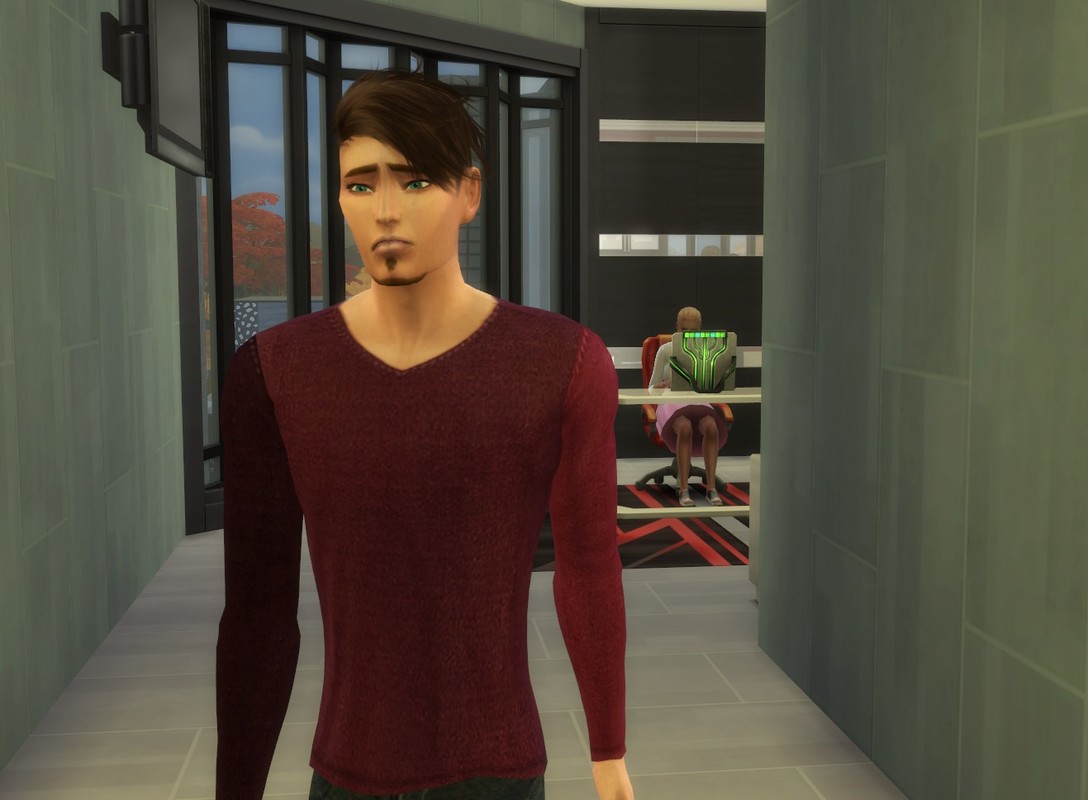 Swallowing, I felt like I was just a bystander, not believing what just happened. My mind couldn’t take it in.

Alex wanted to get back together.

I winced when Grayson turned around, thinking he’d be livid with me for even speaking with Alex. “Hey, um, for what it’s worth, I didn’t invite him here. He just...appeared.”

Suddenly, Grayson wrapped his arms around me and whispered, “Hold me.”
​ 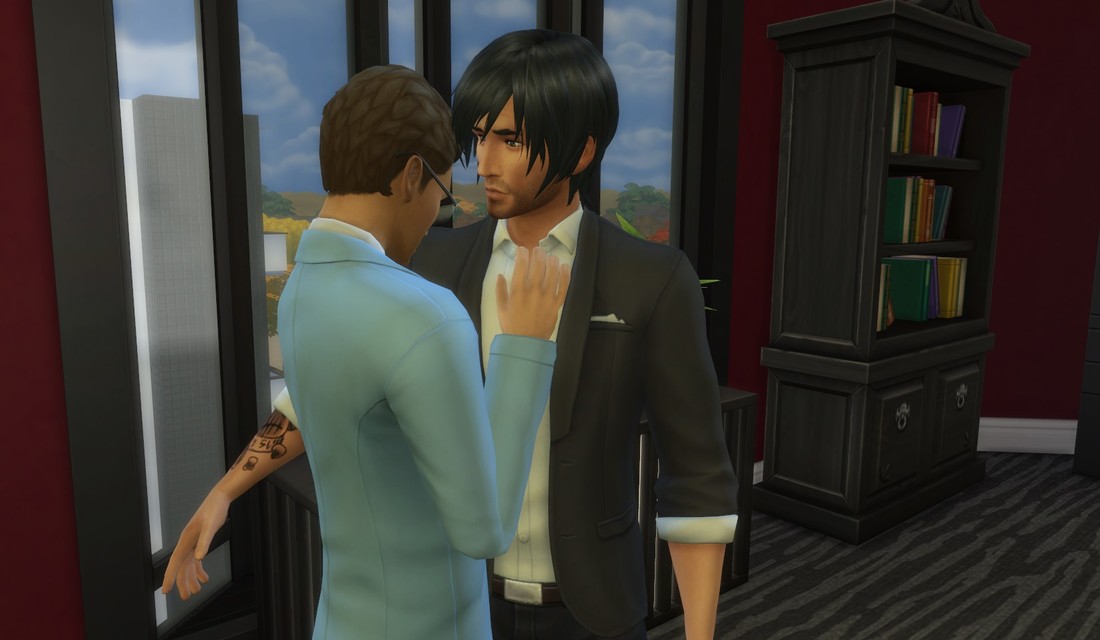 This was not the response I’d expected. “What’s wrong?”
​ 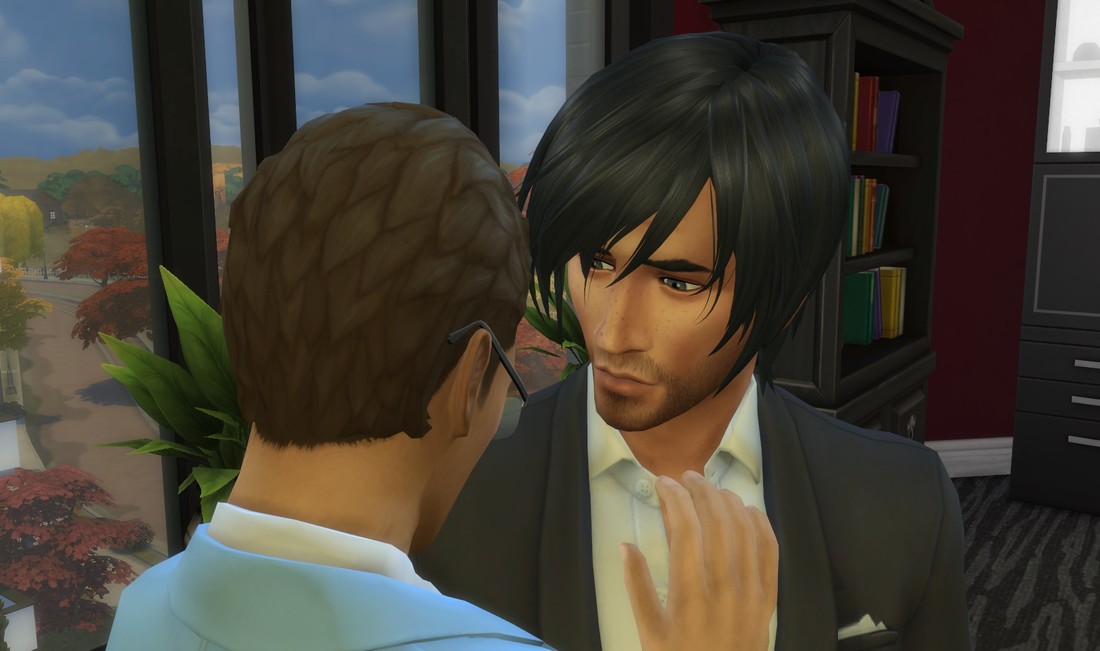 But he didn’t say anything. He just buried his face into my shoulder as I held onto him.
​ 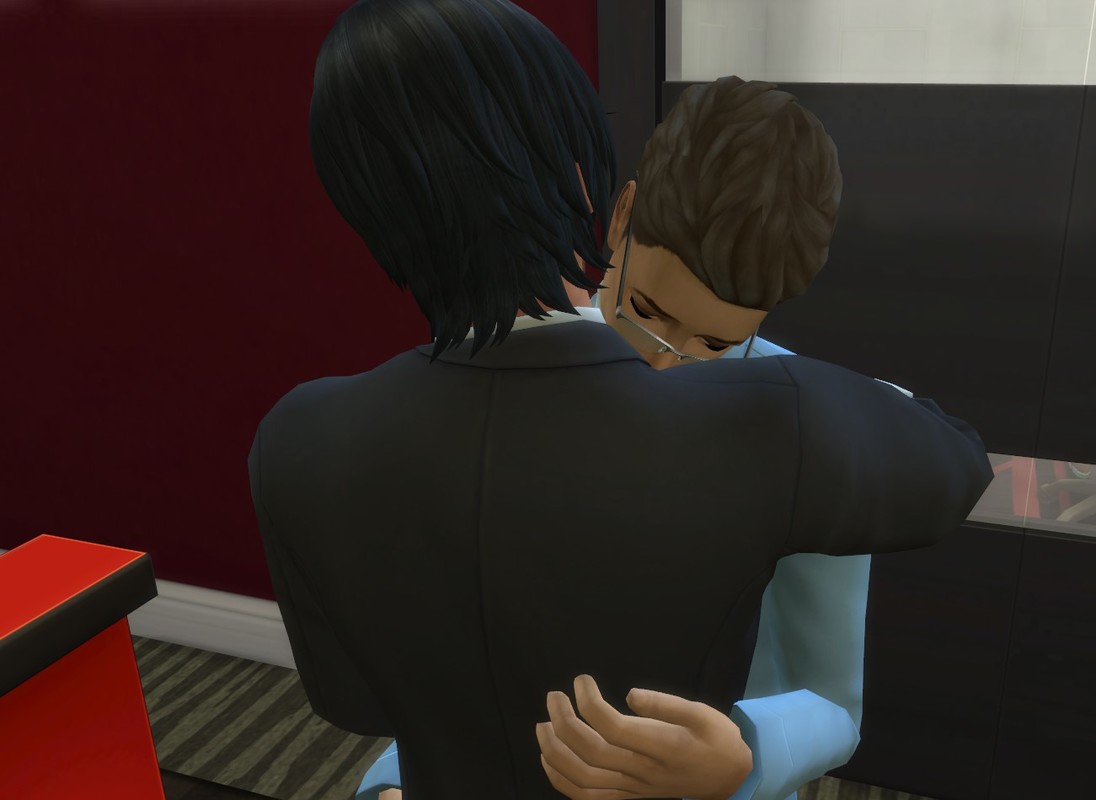