I excused myself to the bathroom for a minute but when I came back, Luke was on the dance floor shimmying like he knew what he was doing.
​ 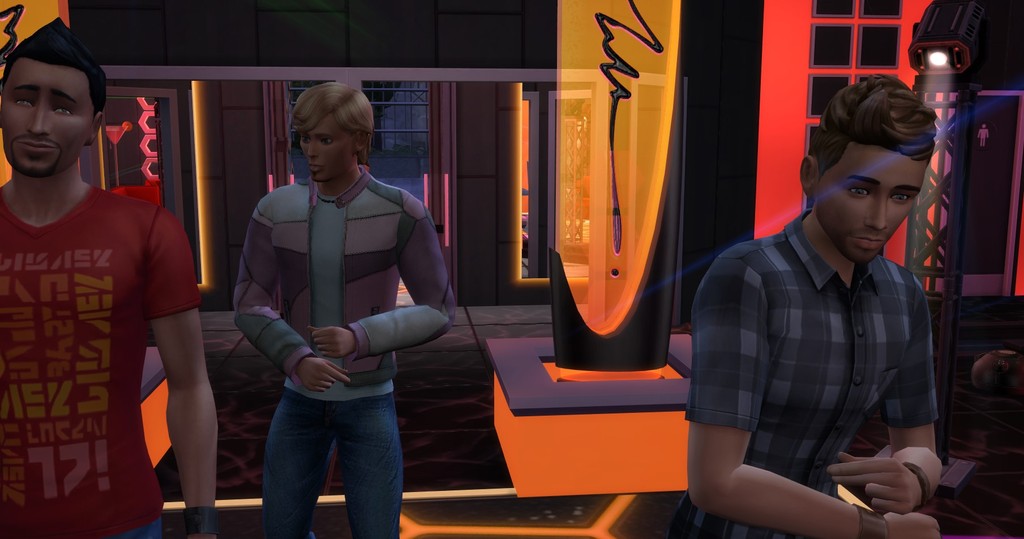 The music changed to a slower rhythm and I took a chance that Luke was attracted to me. Otherwise, I’d have to chase him down later, and I really wanted to get this job done asap.

Like a boa constrictor winding around its prey, I slipped my arms about Luke and whispered in his ear, “Would you like to dance?”
​ 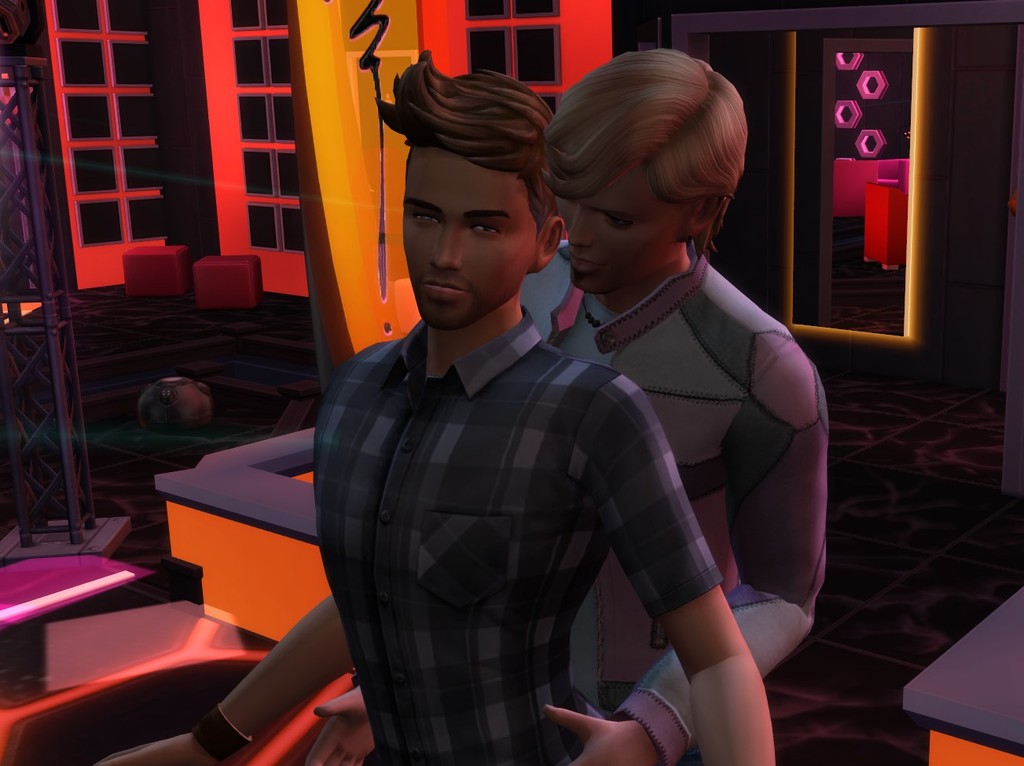 Not saying anything, he slid his hand over my whiskers and sank into me. I had to remind myself that I wasn’t feeling any attraction for him, but being this close, it was hard not to get caught up in the moment. I wondered how actors survived?
​ 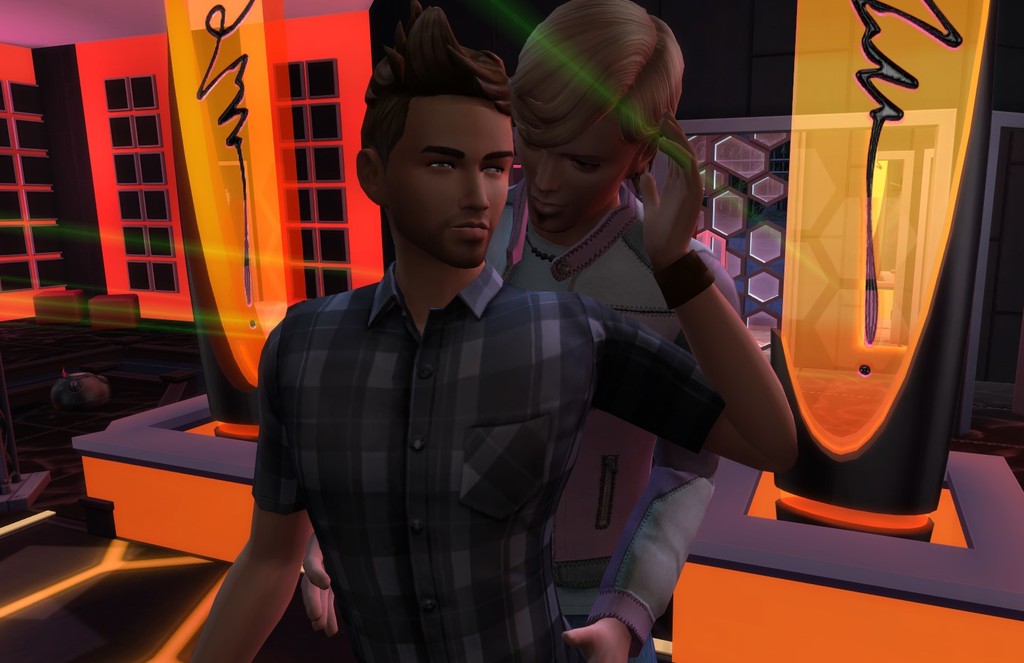 After a few minutes, Luke turned toward me and we danced together, our bodies swaying to the soft rhythmic beats.
​ 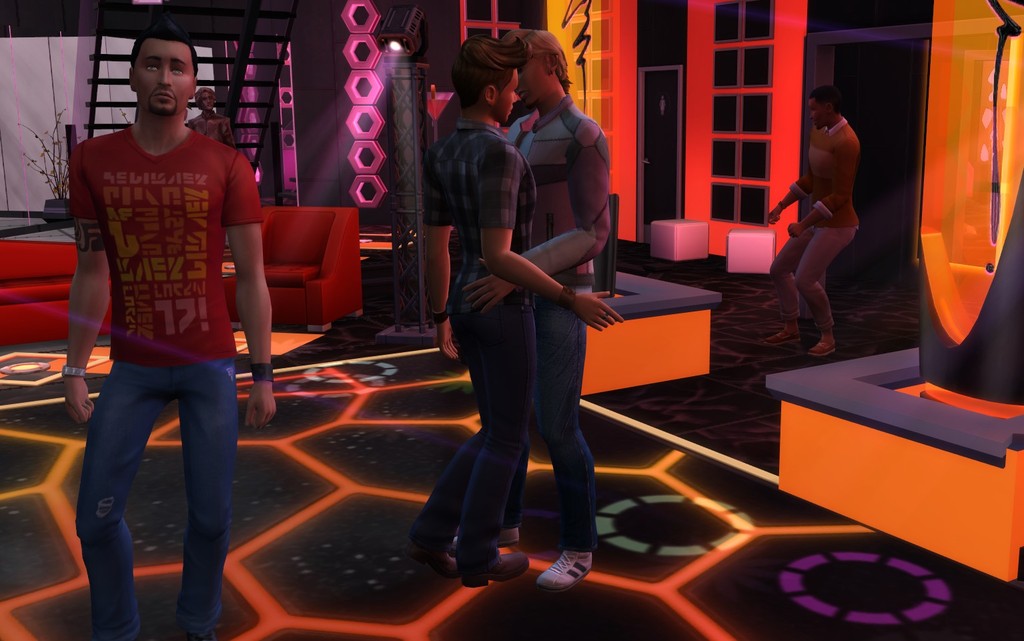 Electric tension moved through us as my heart raced. I felt like I was cheating. I hated that feeling. But it was just a job, I kept telling myself.

Luke purred, “Want to come to my place?”

I knew where that could lead, but I was in control. I wouldn’t allow things to go too far. Staring at him, I nodded. “I’d like that.”
​ 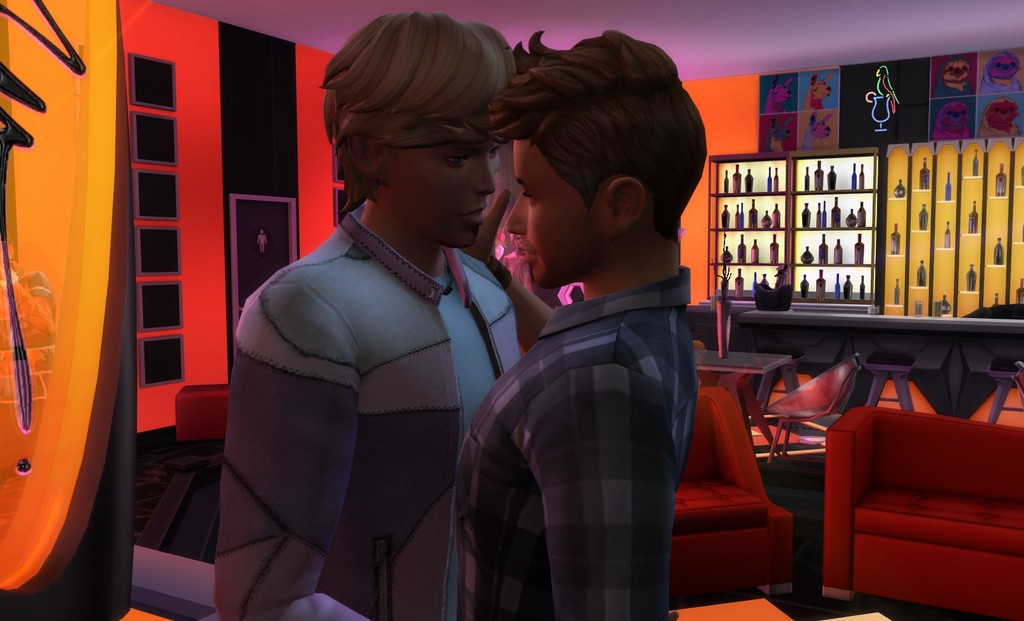 We arrived at his studio—a huge place where he taught art, photography, and piano to supplement his income. The guy was very talented—he told me a lot about himself on the way over. He’d just moved here about a year ago and lived overseas mostly. He’d broken up with his boyfriend years ago, but that’s all he said about him. I didn’t know all of this from our intelligence. I wondered what else we didn’t know.

Once inside, he asked, “Why don’t you take off your coat? I’ll get you a drink.”

All I needed was more alcohol and then things might go further than I’d wanted. “That’s okay. Would you mind giving me a tour? This place is amazing.”
​ 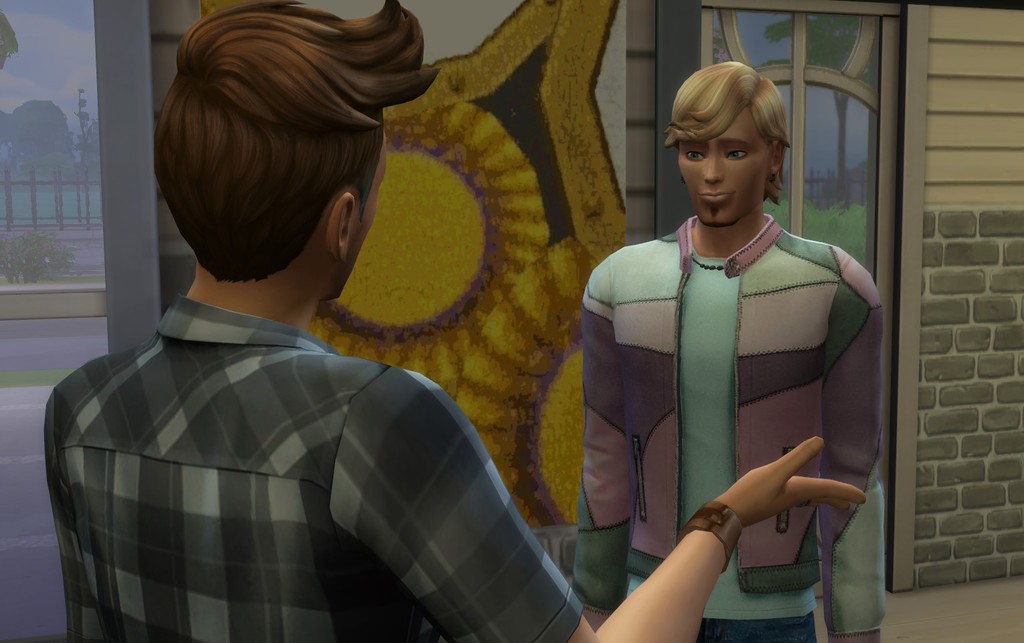 He first took me to his photography room. I noticed a stairwell leading down to the basement. “Where does that go?” I asked, pointing to it. A basement would be a perfect place to hold drugs and stolen goods. If he didn’t want me to sniff around, I knew I was onto something.
​ 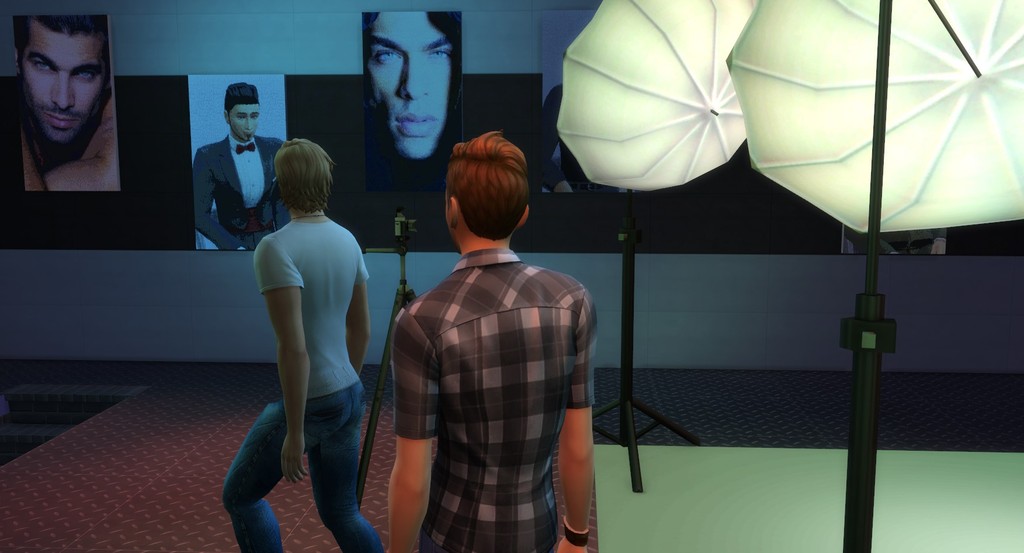 “Oh, just storage. Nothing interesting. Hey, would you like to hear me play? I’ve been working on a new song.”

He dodged perfectly. Bingo. Definitely would try to spy there later. Smiling, I said, “Sure!”
​ 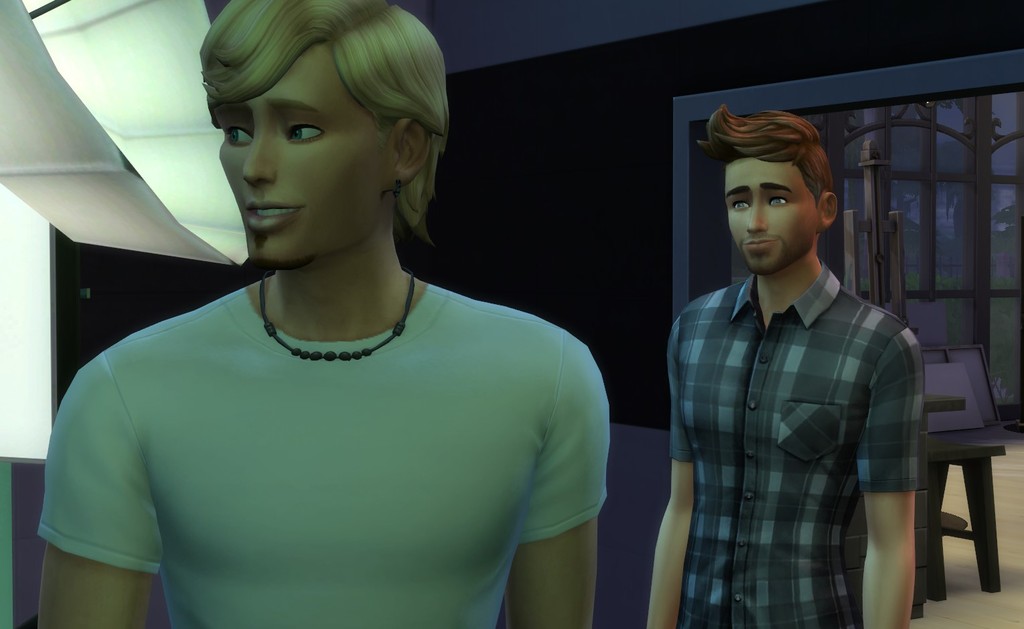 Fingers elegantly floating over the keys, a beautiful song filled the quiet. I could have stayed there all night and listen to him play.
​ 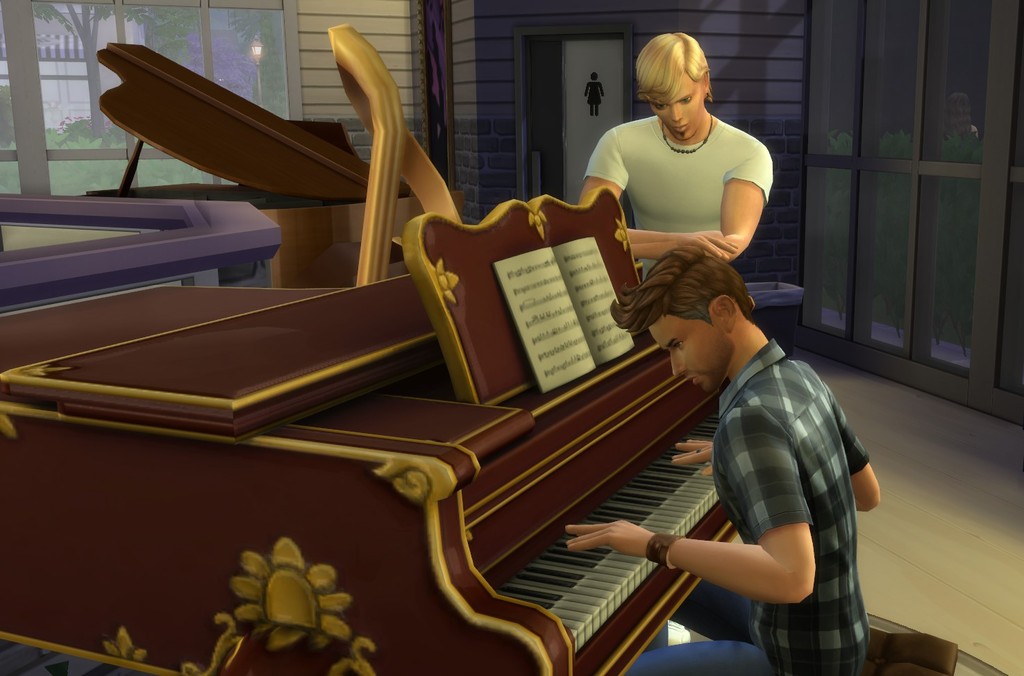 Once he finished, he caught my eyes in his. My stomach did a flip-flop. I couldn’t help it. It was like I was heading into a hurricane on a tiny life raft. Taking my hand, he lead me to one of the couches. My heart beat so fast it hurt. Staring intently, Luke said, “Did you know you’re very beautiful for a man?”

The last person to say something like that was Knight. Guilt slapped me in the face.
​ 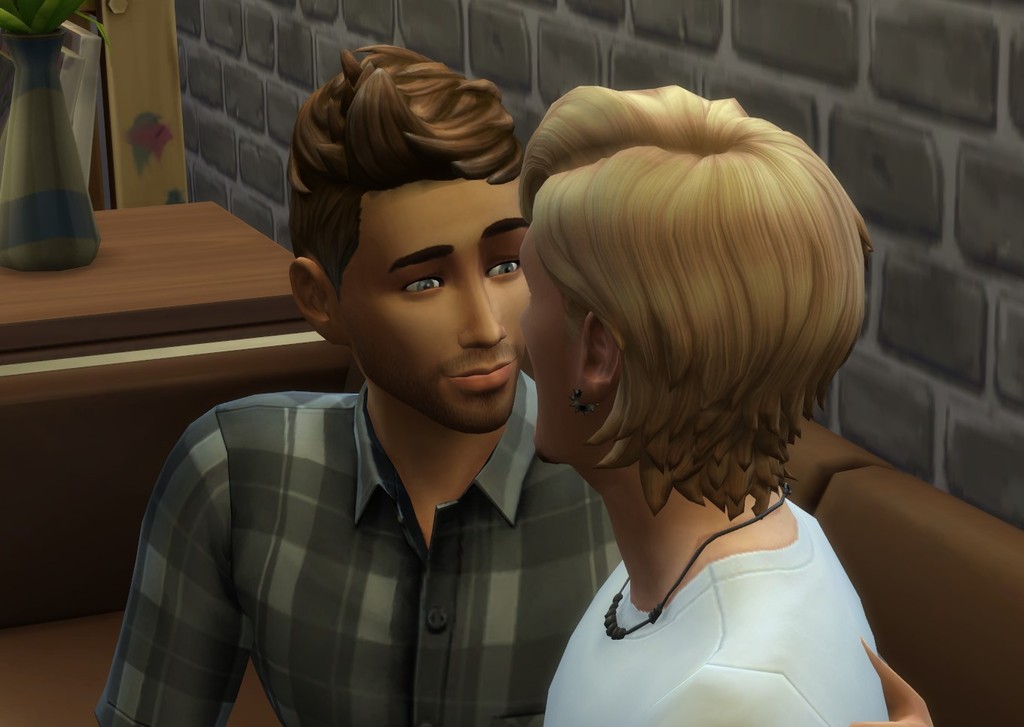 But instead of ending the night right there and coming back for a modeling gig like I should have, I went for it, hoping that he’d ask me to spend the night where I could do a little snooping as he slept.
​ 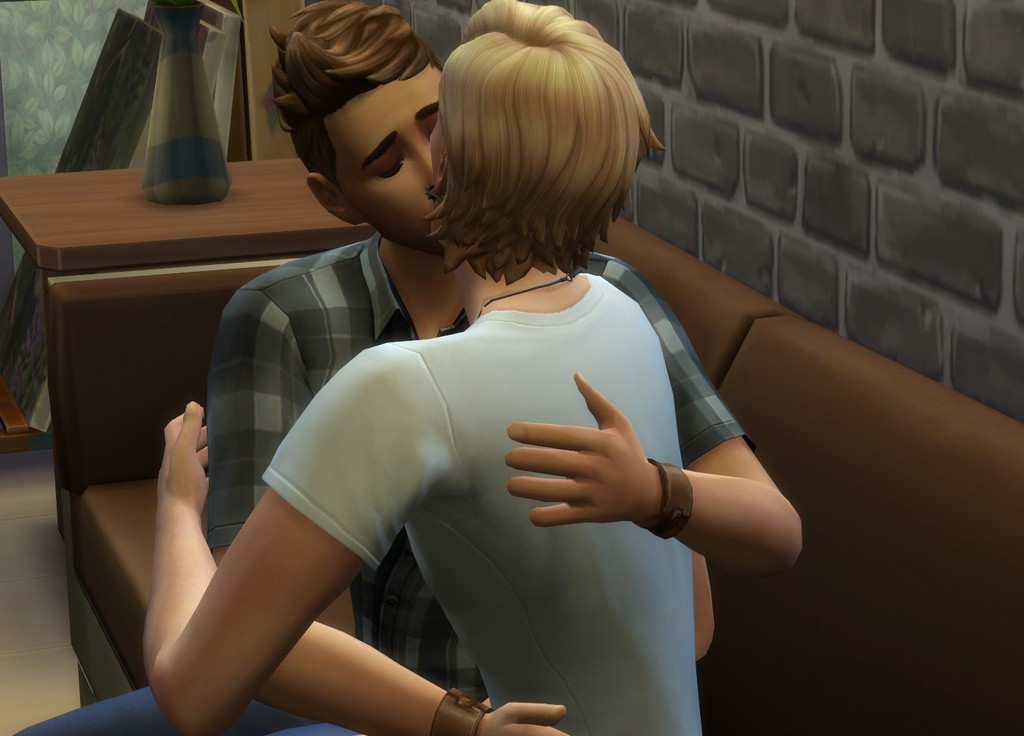 Tongue entangled in mine, I couldn’t help enjoy his soft kiss. Before I knew it, he’d lowered me on the couch, body pressing hungrily over me. I had to stop it there or we’d be naked in two minutes.
​ 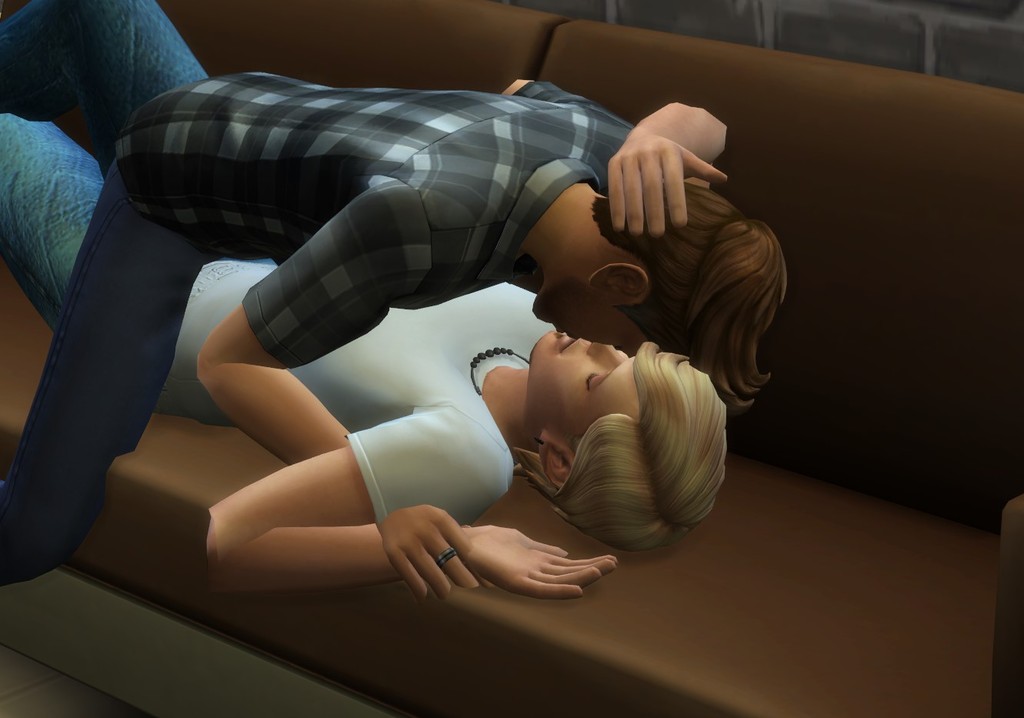 Chest heaving, he pulled up off me. His face wasn’t surprised or hurt like I thought it’d be.

Sitting up, I stroked his arm. “I really like you but I just don’t want this to turn into a one nighter.”
​ 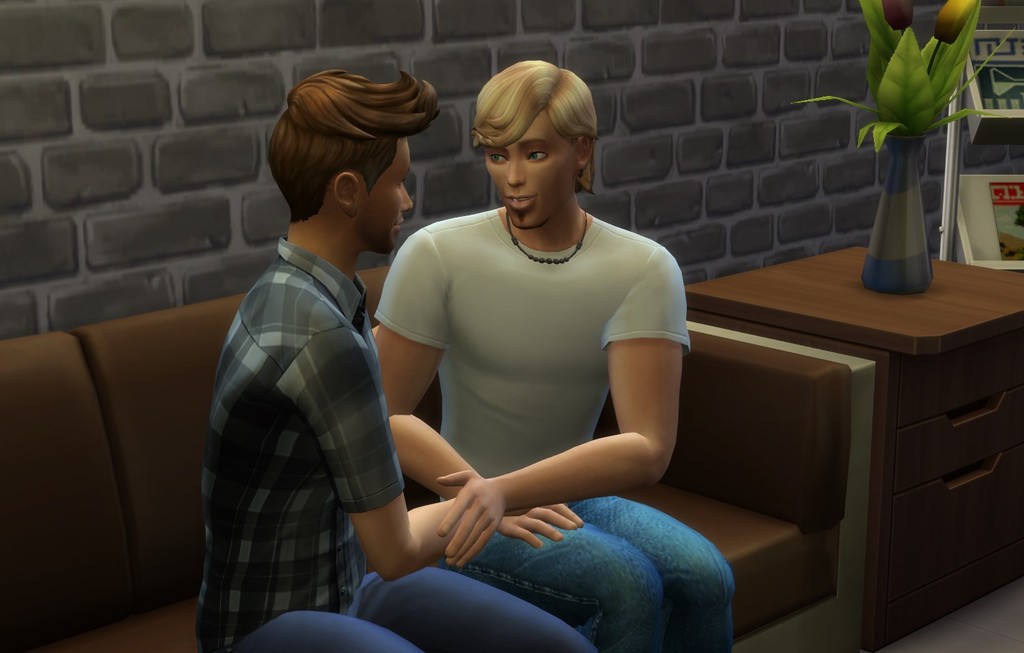 Feeling a little shaky, I welcomed a drink at that moment. “Yeah. Sure.”
​ 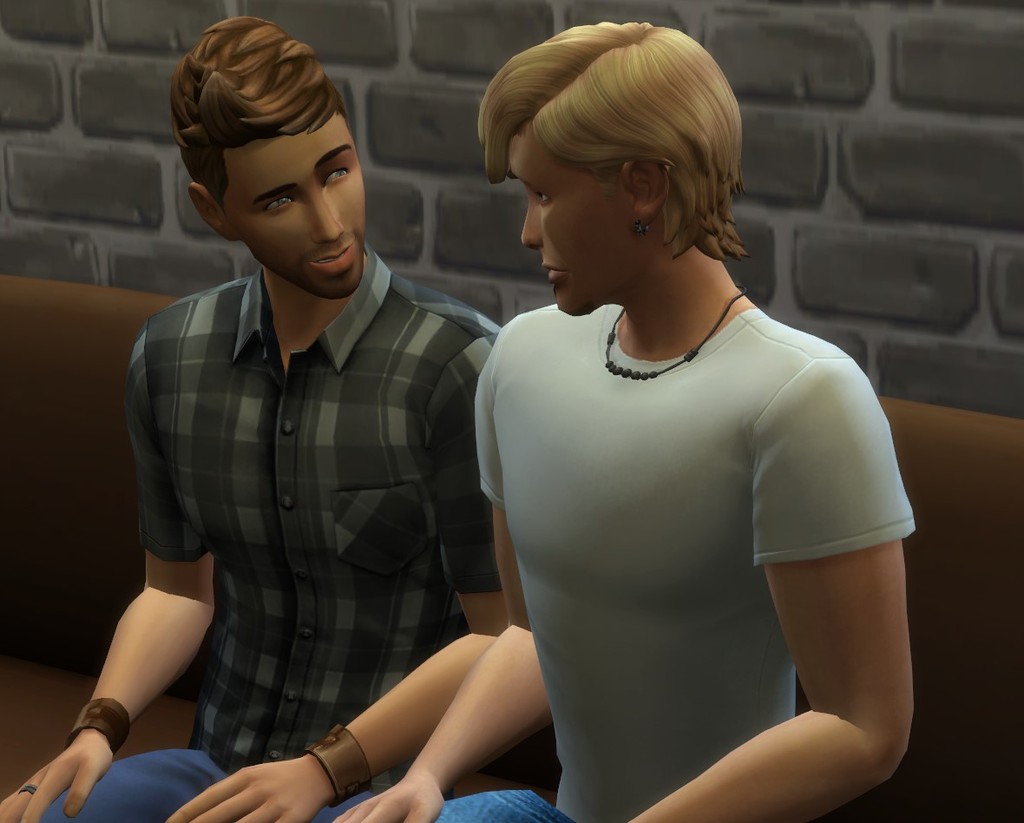 As I watched Luke mixing in a bunch of liquors and soda, I wondered if Antonio was setting me up, trying to lure me away from Knight. Here was a man who was more talented than anyone I’d ever met. He was crazy handsome and professionally, seemed very successful. Why would someone like him ever dabble in embezzlement and drugs?
​ 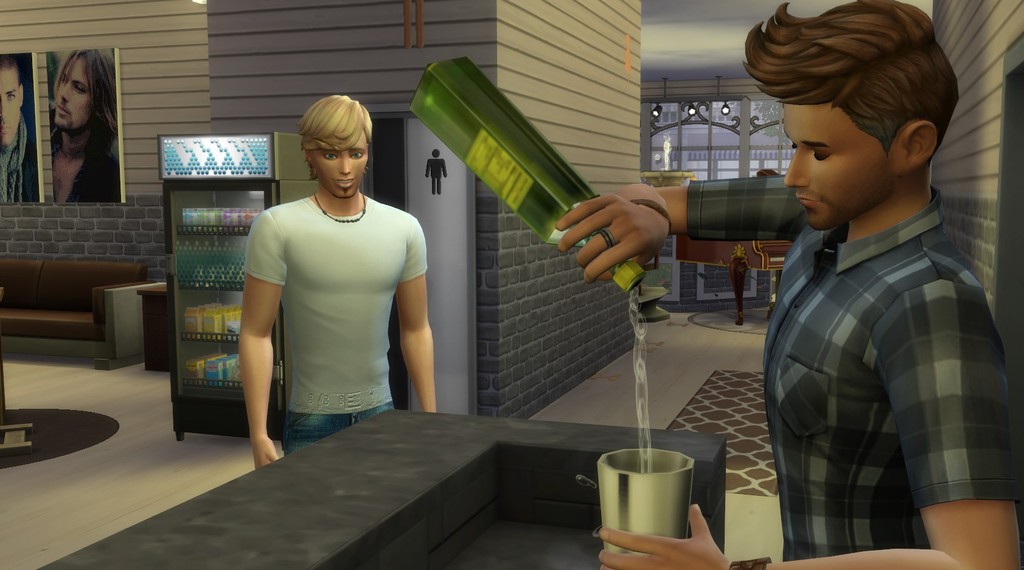 “Here you are, Brian. My specialty.”

I grinned, trying to squelch the growing nervousness of what I was doing. “Thanks.”
​ 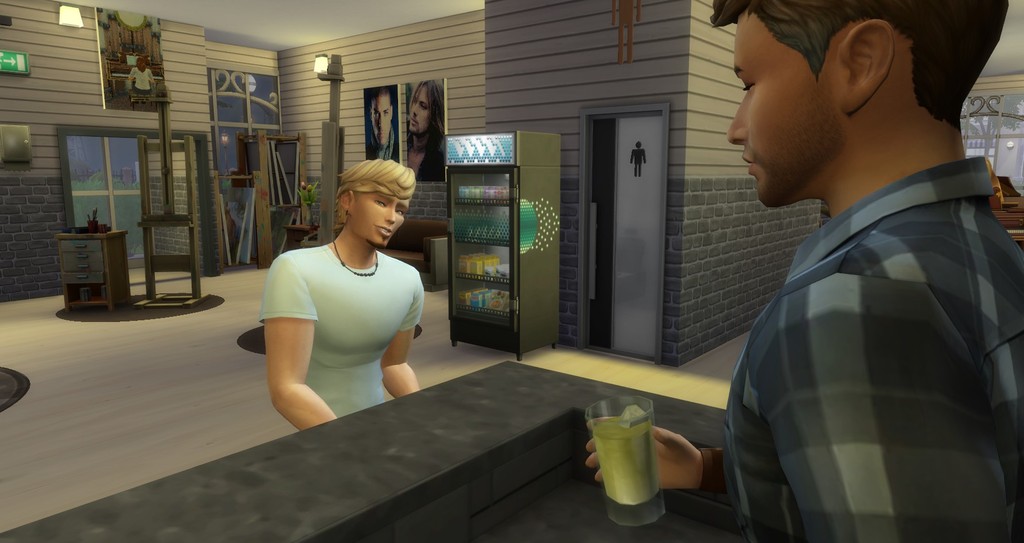 We chatted as I drank, not really thinking or noticing that Luke didn’t make one for himself.
​ 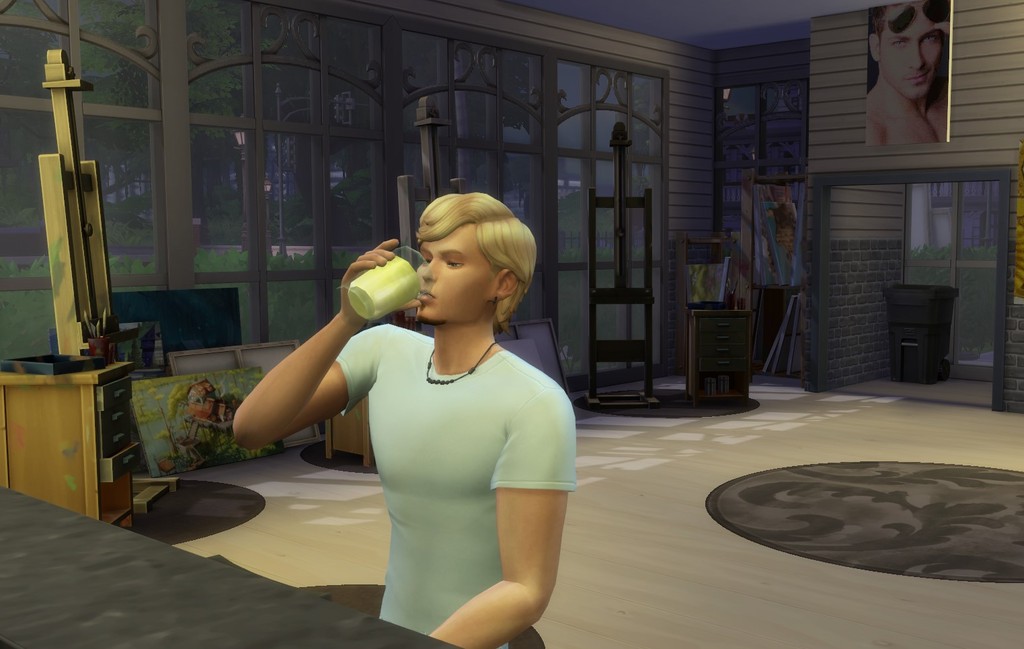 “Would you like to spend the night? I’ve got an extra room,” he said, walking toward the couch where I knew he probably wanted to make out a little more.

Rising a bit too fast from my chair, the blood rushed out of my head, making me dizzy.
​ 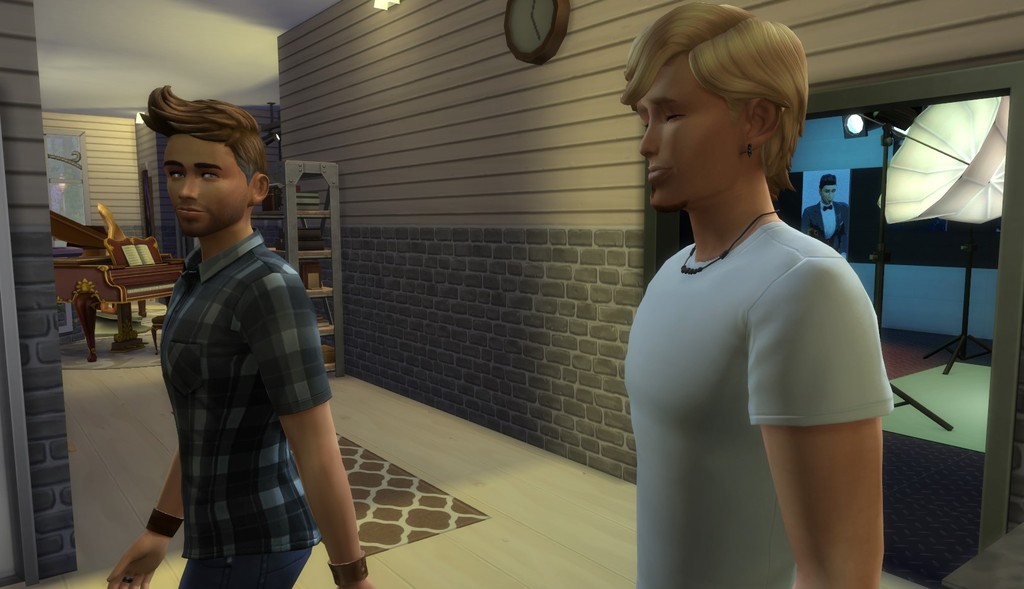 Head spinning like I was on an out of control merry-go-round, I tried to shake it off. “I’m not feeling well for some reason.”
​ 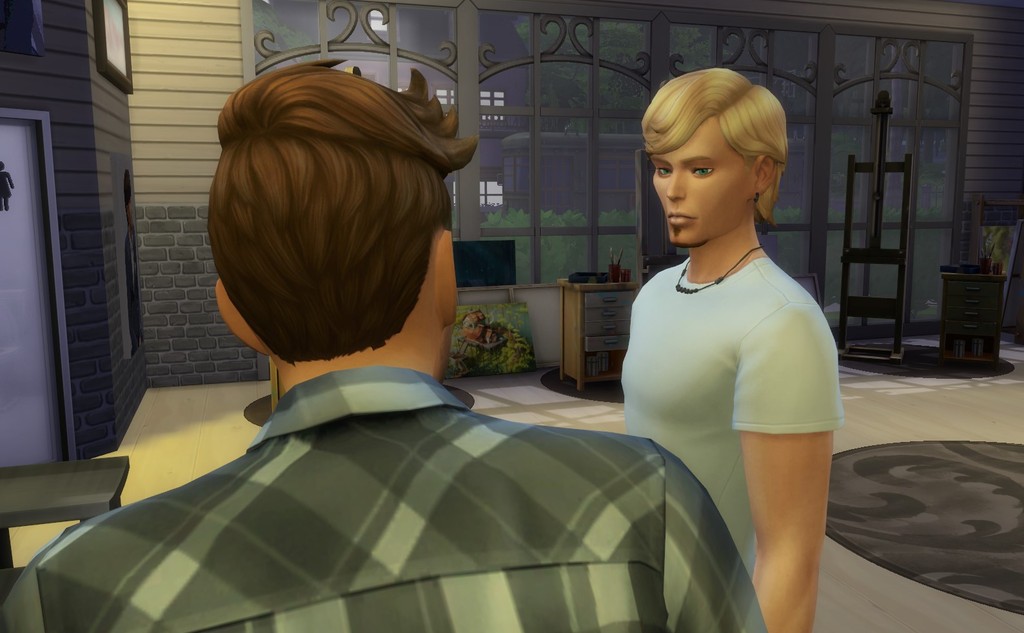 “Here, why don’t you lie down?” He threaded his fingers in mine and sat me down on the couch gently.

I collapsed, suddenly wanting to wretch. “My stomach,” I moaned.
​

“What’s the matter, Alex? Did you not like that drink?”
​ 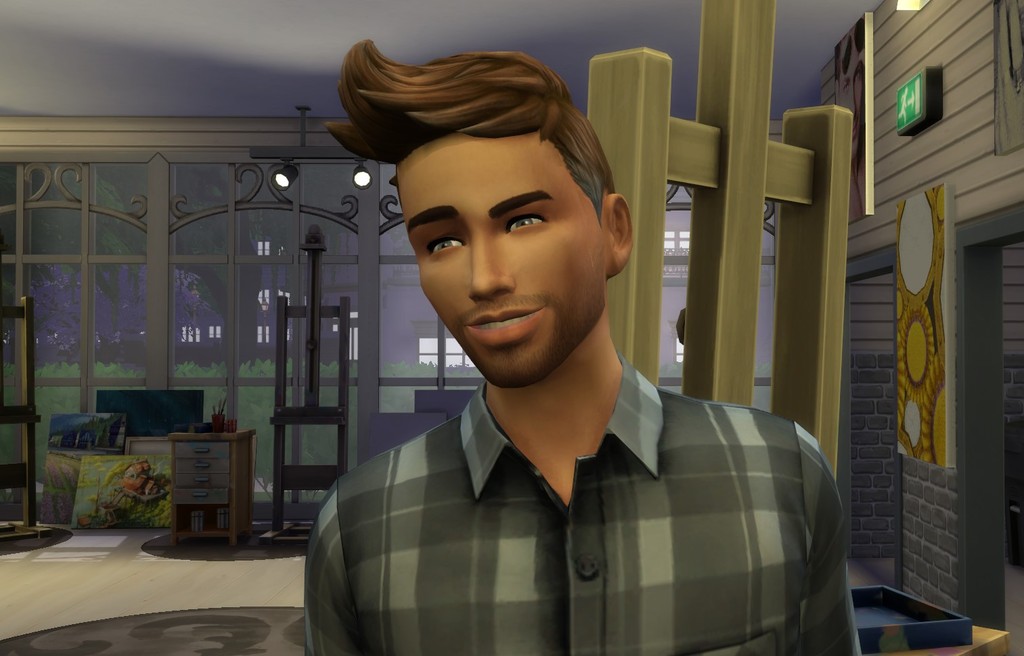 My mind heard my name but for some reason, I couldn’t understand how he knew it. Then every nerve told me to jump him, but instead of taking him down, I slumped. 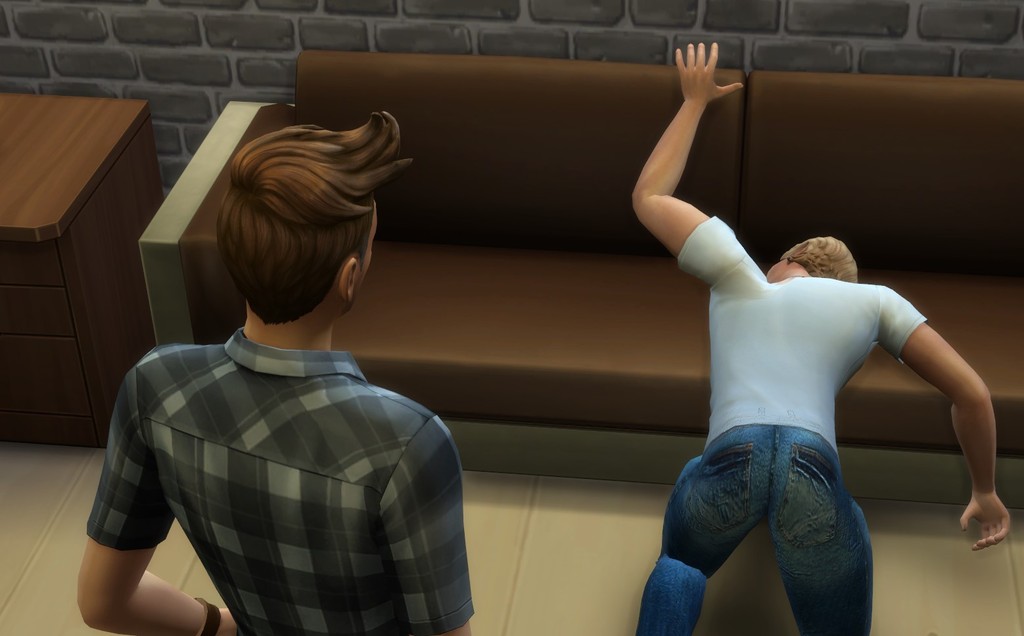