"Oh, man," Pax said, casting his line where he thought he saw an angelfish jump, "this is the life, eh? No kids whining, no wives nagging...just you and me and a river full of fish."

I chuckled. Pax's view on life was a bit sad. From his perspective, I understood. And with Winter's recent depression, things weren't rocking exactly smoothly at my house either, but I'd never had it rough like him. I was so thankful. 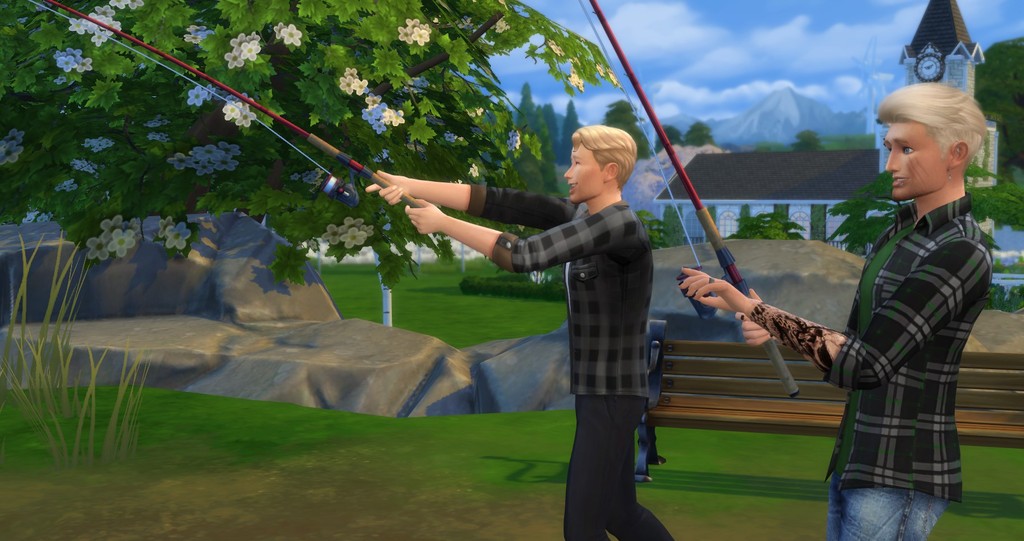 "Luci still making things rough for you, bro?" I asked, knowing full well he really wanted to talk to me about it. Now was as good a time as any.
​ 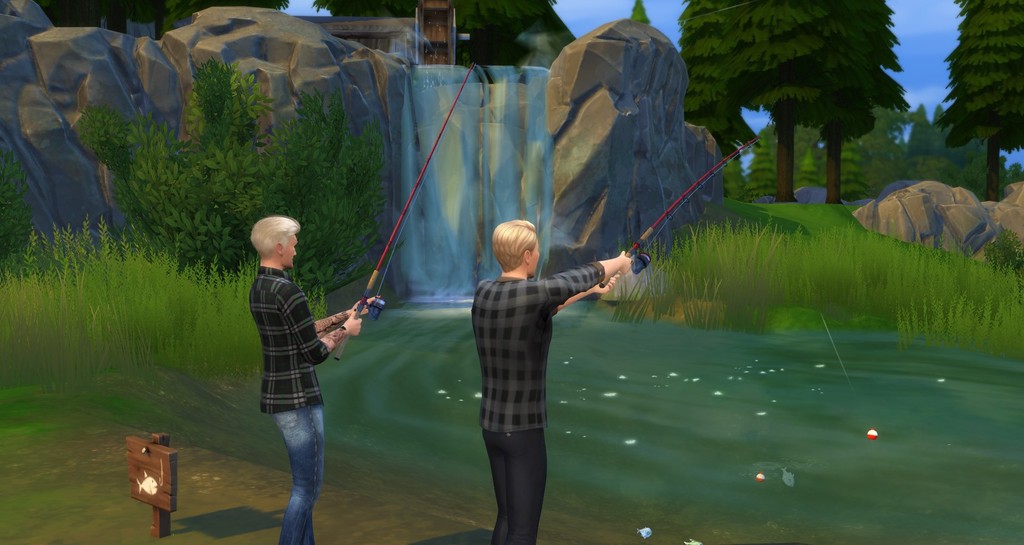 A fish tugged at his line. "Got one! Damn! It's fucking strong!" He pulled so hard, the taught line snapped, lurching him backward. 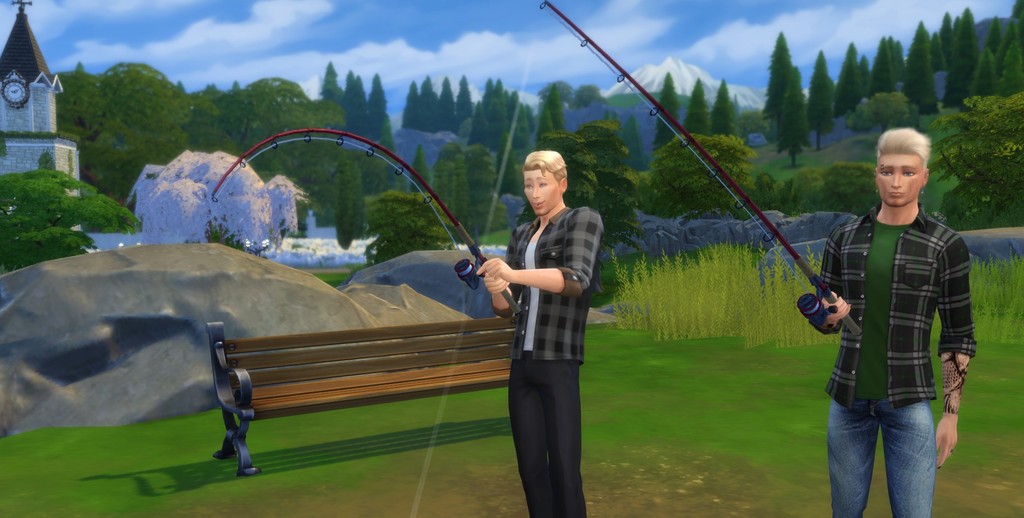 He tossed his pole down and swore. "Shit. Damned fish. Hey, you want to take a break? We've been at this for two hours with nothing to show."

I shrugged. We had all weekend to fish and these definitely didn't like my new lures. We needed to try a different spot. "Sure, Pax."

Turning toward me, he said, "To answer your question, my marriage is really a lot worse than ever except we are going to counseling. We're having twins, and I think the prospect of raising four kids without me there living with her scares her."

"Wow, Pax. Congrats on the twins," I said. "I couldn't imagine having four. Two is plenty." 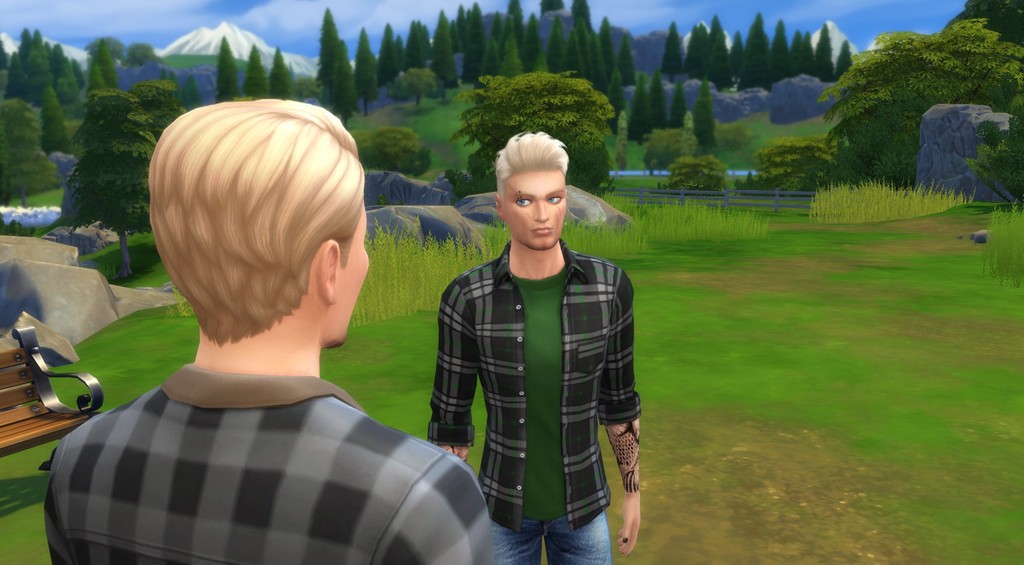 I nodded. "Is the counseling helping?"

"You want the truth? No. It just makes her quote shit from the counselor at me like she's a frickin' know-it-all. I tune her out mostly." 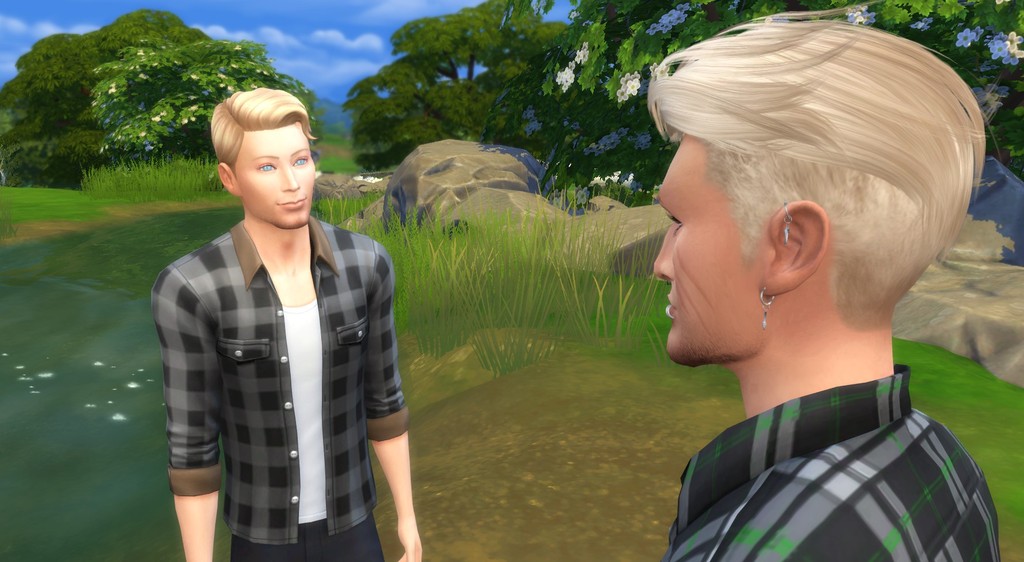 After we'd eaten a mountain full of hotdogs and s'mores and I was physically not able to shove any more junk food down my throat, Paxton asked, "So...what about you and Winter? She's seemed...I don't know...down lately. Have you noticed?"

"Have I noticed?" I almost screeched. "She's been a mess ever since I got home from my latest tour. I...I don't think I want to talk about it. She's getting better at least."

"Dude. You need to talk about it or it'll eat you alive. You want to know what I think?"
​ 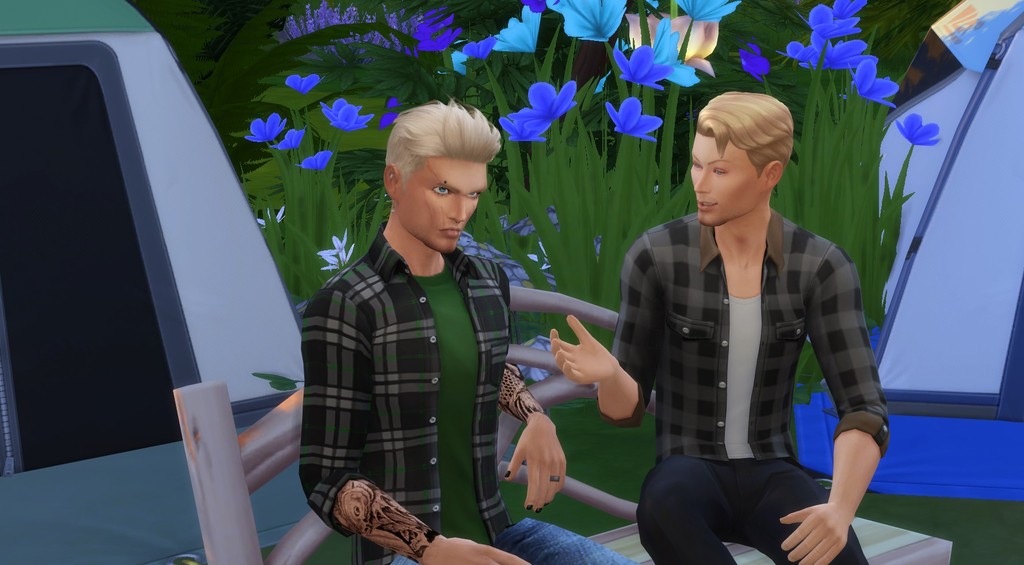 I really didn't want to hear it, but then, maybe he knew what was going on. "Sure, what?"

"You're not spending enough time with her, dude. She loves you so much. I mean, I wish Luci loved me like that...hell, I wish Luci would even tolerate me....but...I think you should stop touring. Focus on your wife."
​ 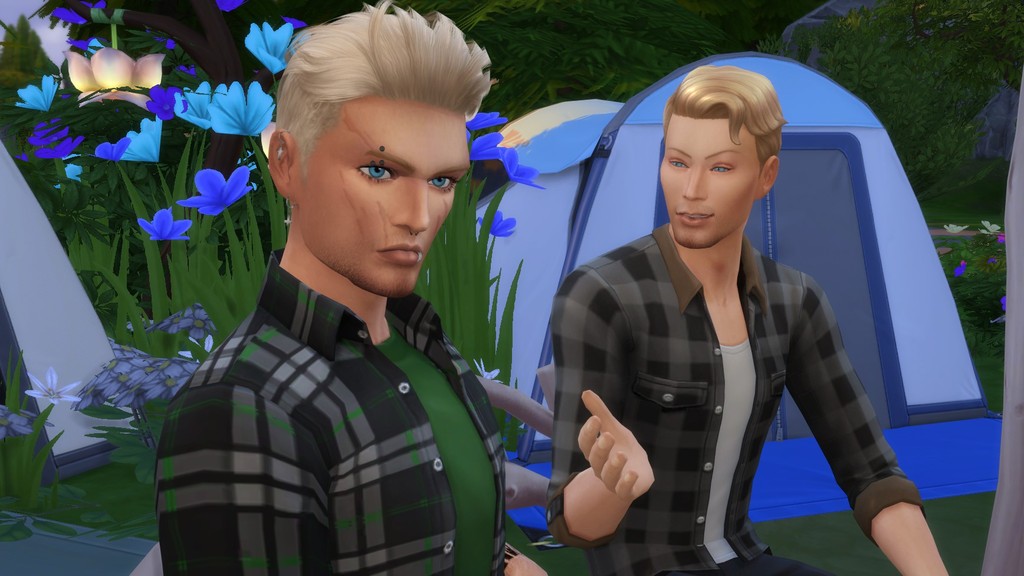 "Has she told you this, Pax? Am I the one making her depressed?"
​ 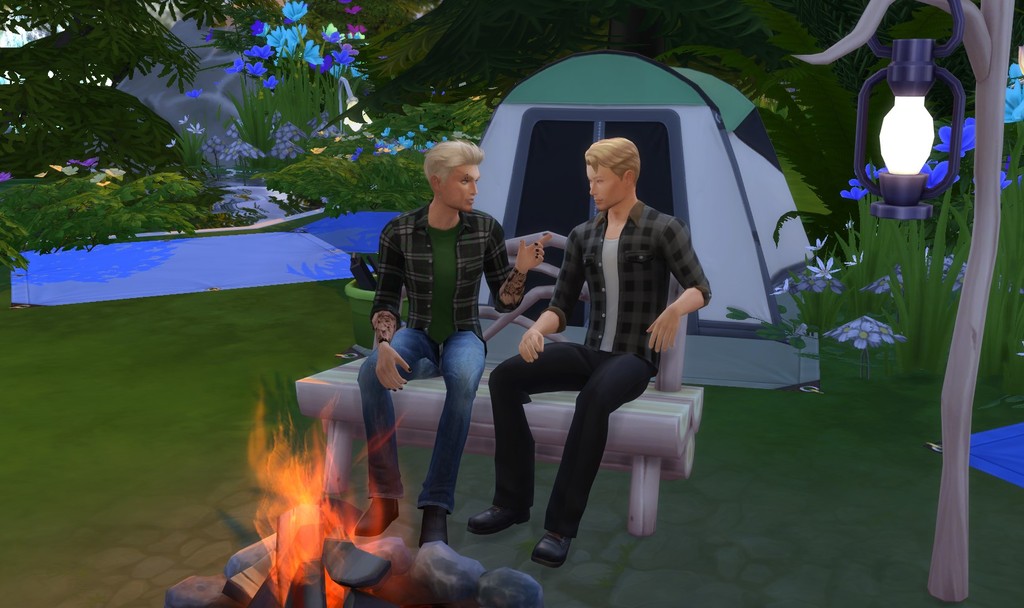 "She hasn't told me anything, but...I know it kills her when you're away. And especially this last time because it was for so long."

Leaning back on the bench, I said, "Then she needs to tell me this herself. She won't open up. How am I supposed to change things if she won't tell me what's hurting her? All she does is cry to herself and then tell me nothing is wrong. It makes me feel like shit. I mean...I'm her husband." 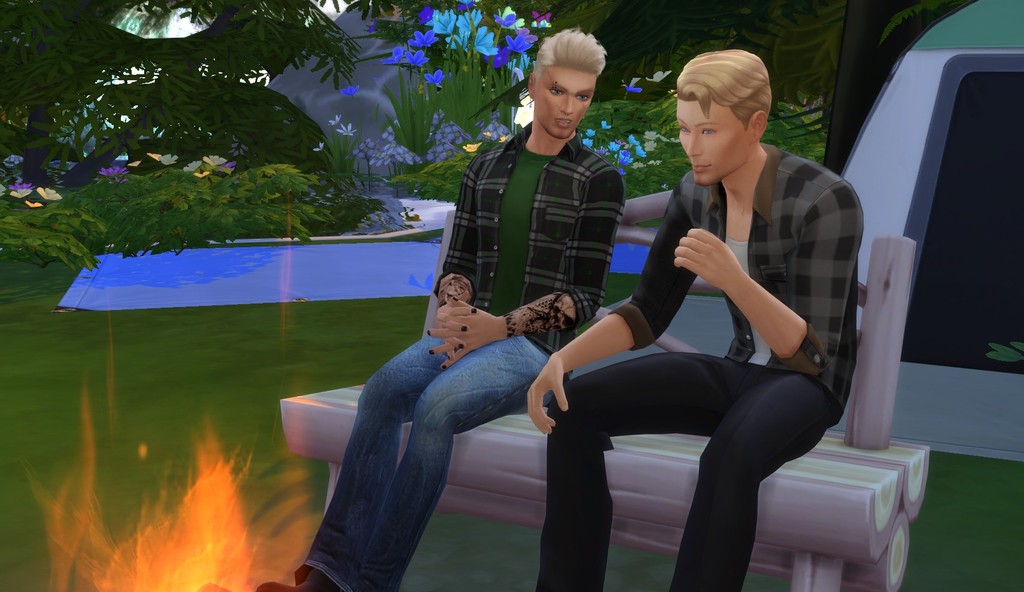 "Dude, all I'm saying is that if I were in your situation, I'd fight for the love of a woman like that. Luci isn't even a tenth of the woman Winter is. You've got yourself a high dollar catch. I wouldn't toss it back in the stream. Quit touring, dude. I'm telling you this as a friend."
​ 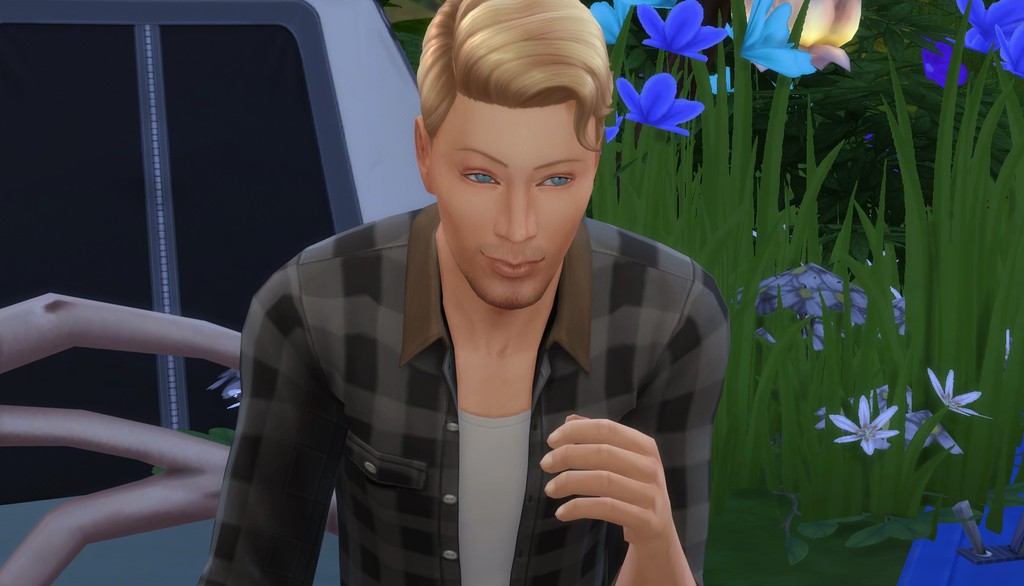 The force of his words were like a punch in the gut. I let out all my breath and ripped my hair through my fingers. "Fuck," is all I could say. The thought of stopping the tour at this time in my life was unthinkable. I mean, we'd just been nominated for five Simmy awards, something that was unheard of for a metal band. How could I do that to my band mates? If only she could hold on for five more years. Was that too much to ask?

I felt his hand on my back. "I get it, dude. That's like asking me to stop being a surgeon and open up a tiny doctor's office in Lunar Lakes. But I'd do it if Luci would love me again."
​ 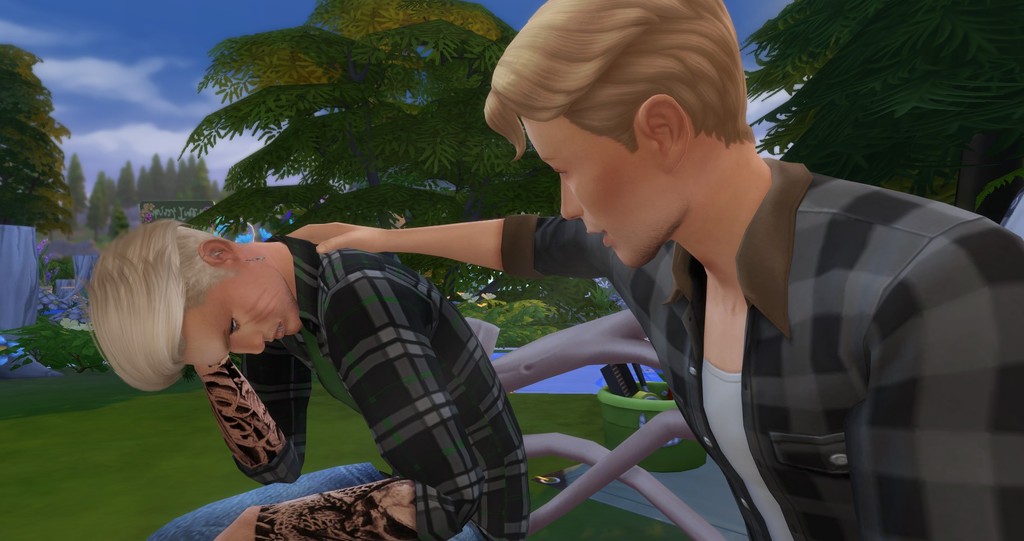 "Jackson. Dude. I'm warning you. If you don't quit the tour, then you have a high possibility of losing your wife."
​ 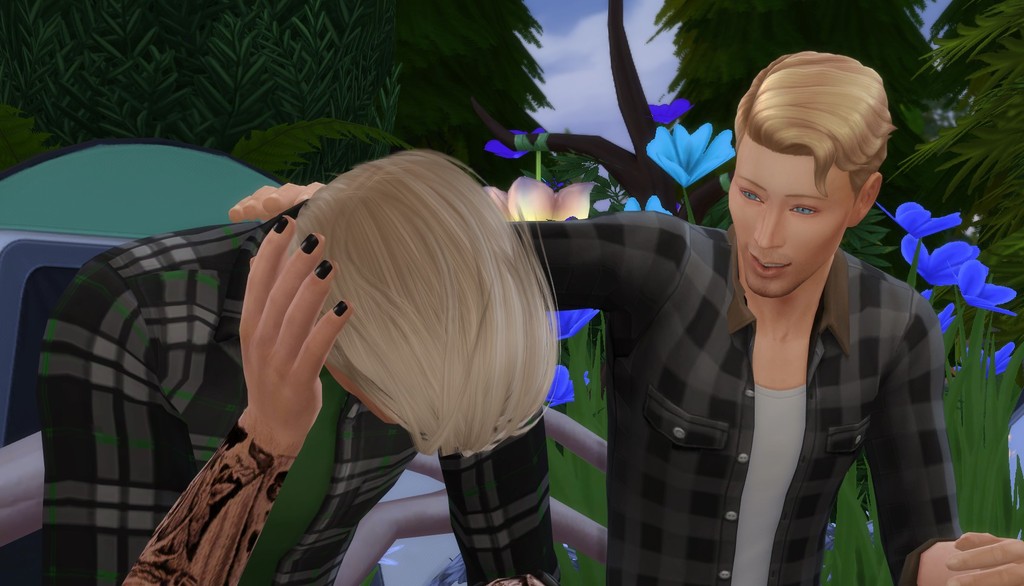 I jerked up away from him. "What the fuck, Paxton? How do you know that? Is she cheating on me?"

​"Um...er...shit...no...it's just...I've seen it before in other marriages. You've heard how military marriages have a high percentage rate of divorce because the spouse has to leave for months and even a year at a time....and I've seen how depressed she is when you're gone. It's time for you to stop being selfish here. You don't need the money." 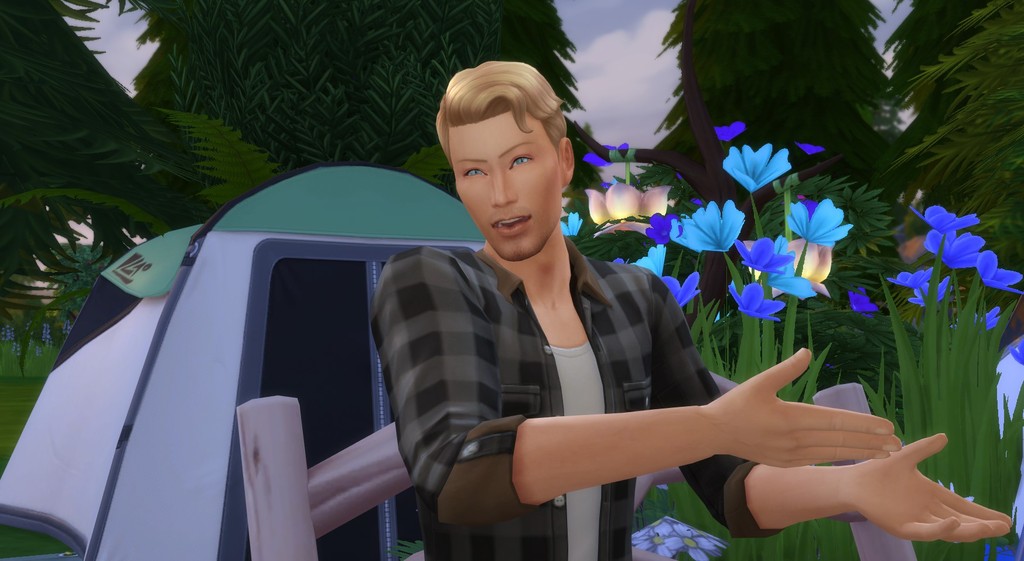 I sank down near the flames and tossed in a dried, dead leaf. "You don't get it. Winter knew what she was getting into when she married me. And she said it wouldn't matter. That she'd make it work. I mean, how is that fair to pull that shit on me now? Now that we have two kids and seven years of marriage...so she thinks now is the time to demand that I quit? No way."

But Pax didn't answer my rant. He just stared at me with a look I couldn't decipher. It was a mixture of judgement and something else. Knowledge? I had no clue. 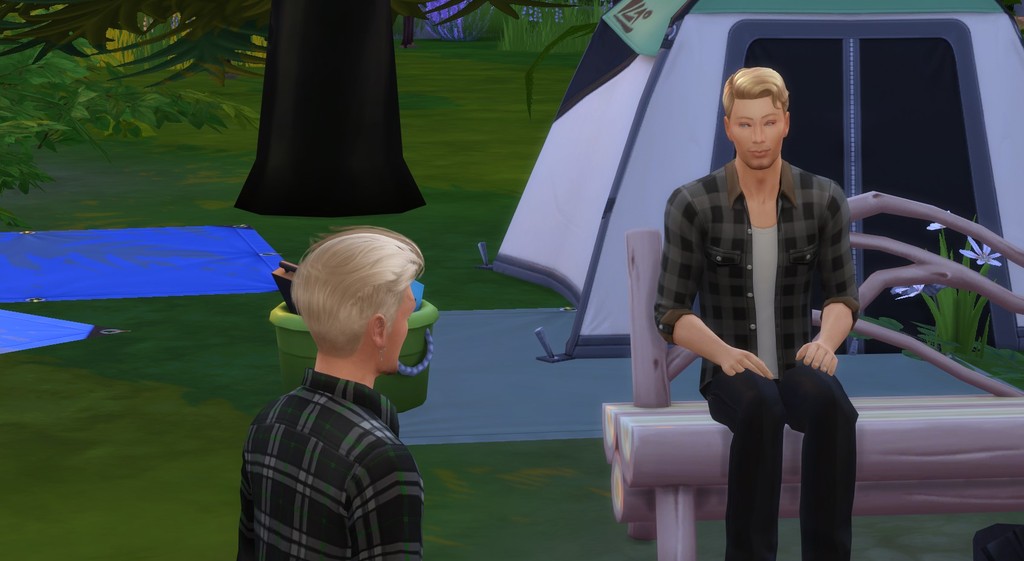 All I could do was try to limit my tour, but hell. It wasn't up to me. I had four other people in it, too. Surely, Winter could hold on for a few more years. If she loved me, she would sacrifice. I knew I was sacrificing. I hated being away from her and the kids.
​
Powered by