After I said good bye to Celia, I went back to the mural and said, “You know, it’s true, Victoria. This really is Death by Kimono.” 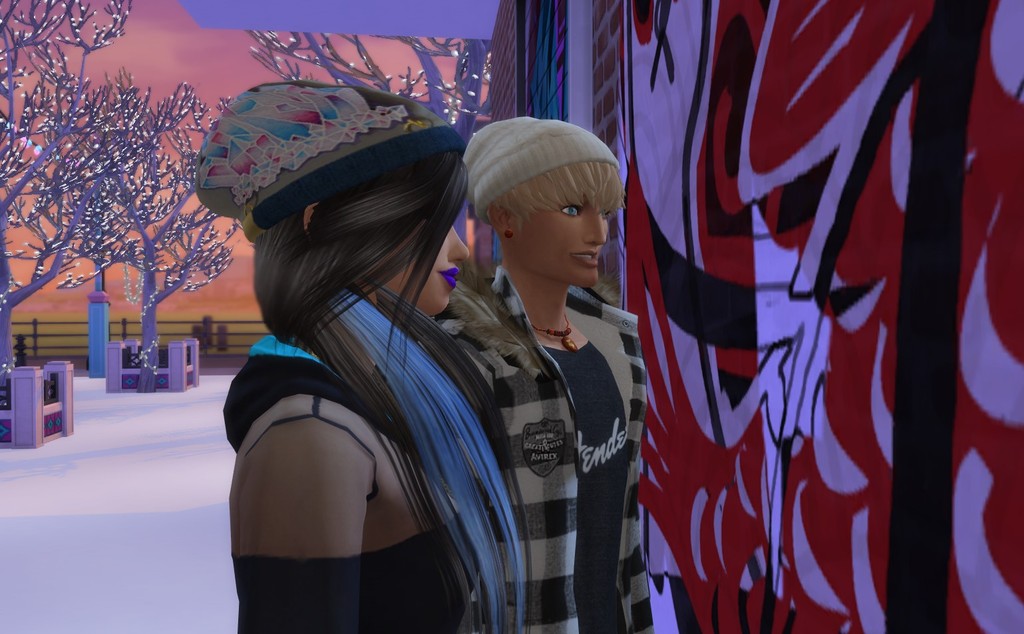 She put a paintbrush in my hand and said, “Now, Romeo, I need your help. We’re running out of daylight here.”

Not taking her eyes off the wall, she filled in the spaces with loads of red. “Well, you’ve got a date, don’t you? You haven’t even been broken up with Sandra for 24 hours and you’ve already moved onto another babe. You dog.”
​ 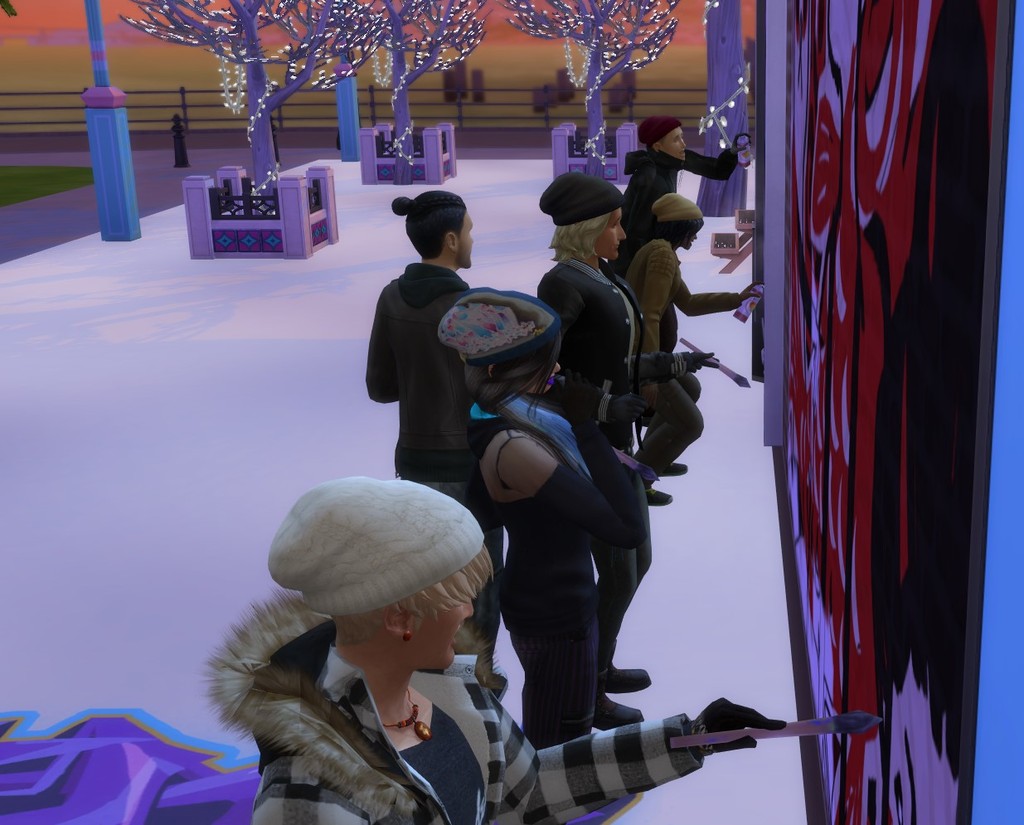 I shrugged. “What can I say? I didn’t plan it that way. How else am I supposed to get over my heartache?”

She shook her head and slapped more paint on the wall.

When we were finished, Clarke and Victoria surveyed our work. I hopped in between them. “It’s such a violent piece,” I mused.

“Yeah,” Victoria said. “It’s got just the right amount of blood and guts with a splash of satin. I love it.”

“Hey, let’s go to your house, Jackson,” Clarke interjected. “I’m in the mood for a mean game of bowlarama.”
​ 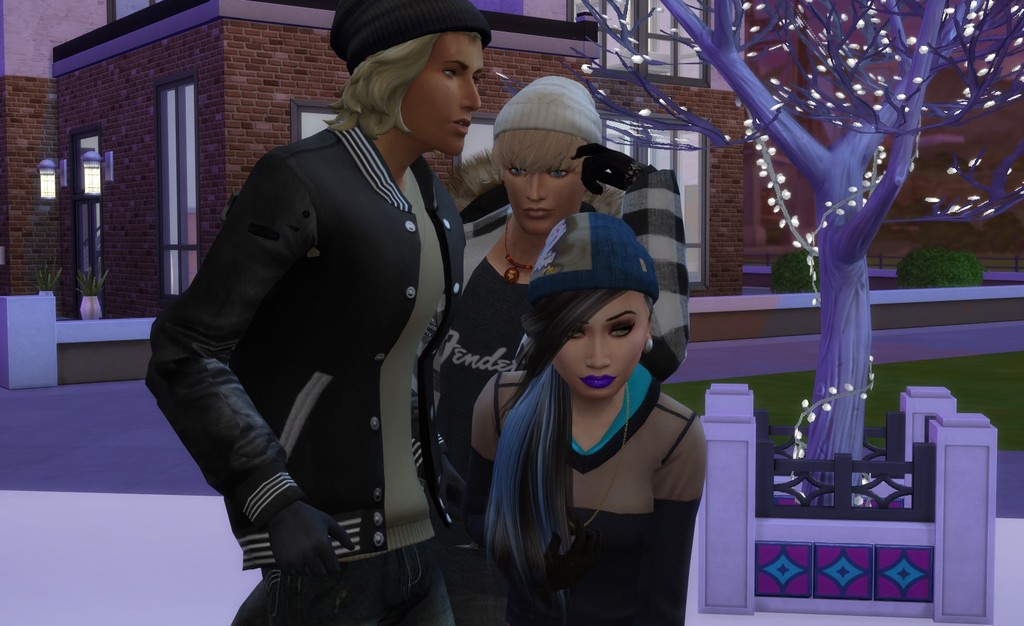 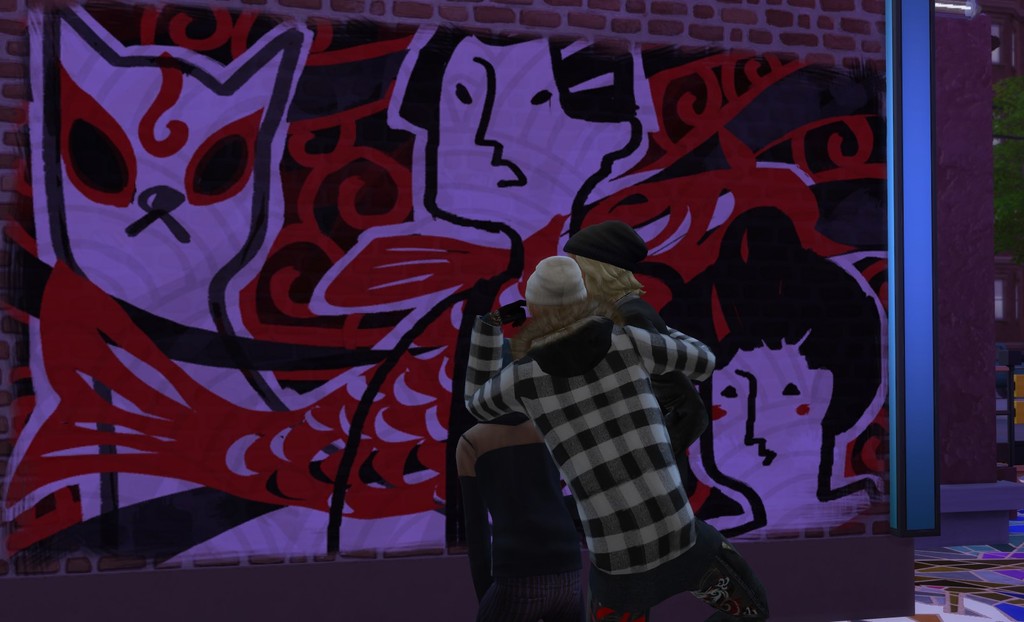 After about an hour of punching my game controller with no wins, I said, “God, Victoria, what do you do in your spare time? Play bowling 24-7?” 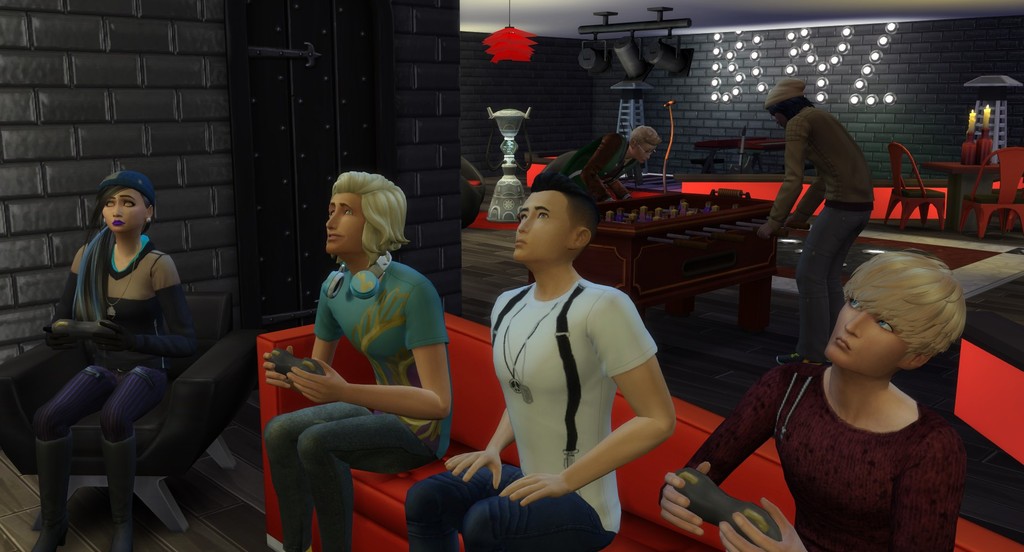 We took a break for a while then went back to the slaughter.

“Me, too.” I threw the controller down and spun around on the couch. “Ugh. It doesn’t look any better from this angle. Ro, give up already. She’s got you.” 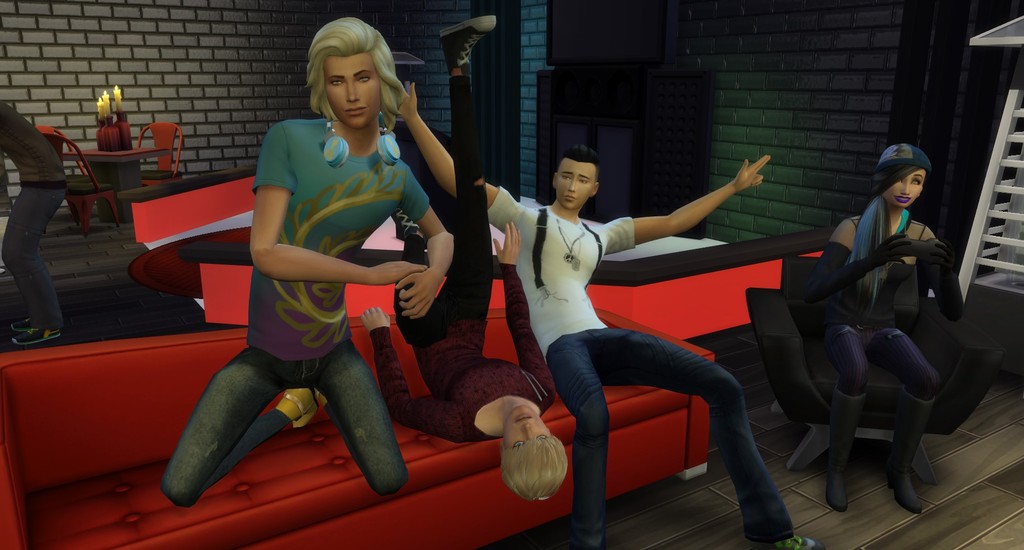 While my player nose planted on the wood floor, Ro made a strike. “You’re going to need more than that to beat her.”

“Well, I’m doing better than you.” 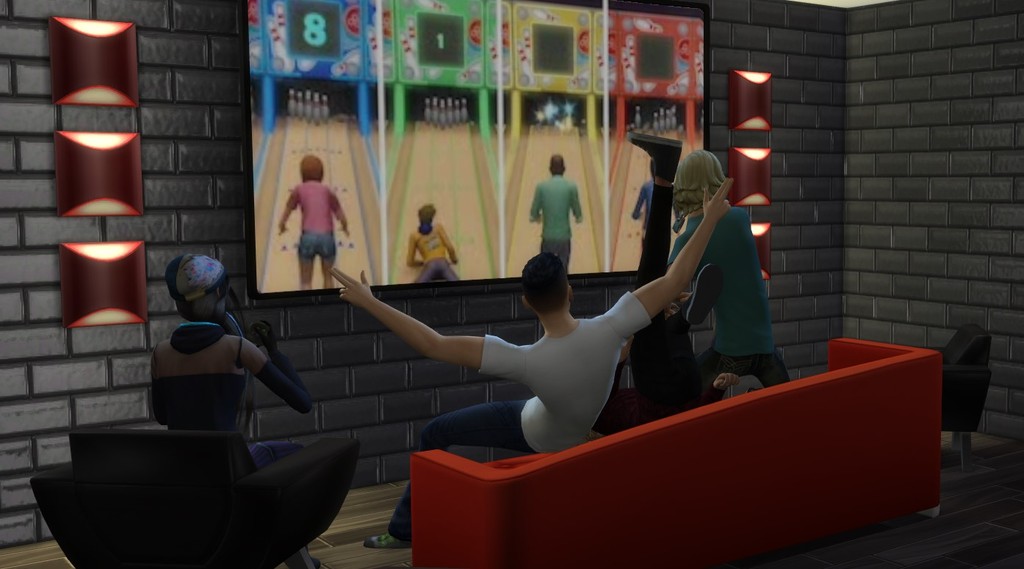 I always loved going to Christmas Town since I was a little kid. There was something magical about it that you never outgrew. And to be here with a gorgeous girl made it even better.
​ 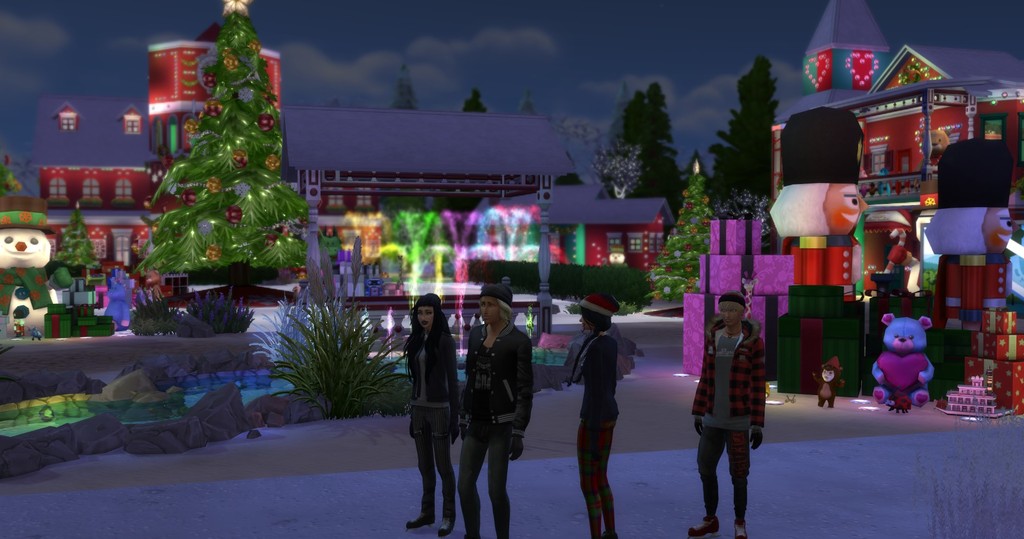 “Want to get the skates?” I asked Celia. “The rentals are in the first house.”

I’d asked Clarke and Lexx to come along since I didn’t know Celia very well, and it’d take the pressure off. They were clowning around already behind us. 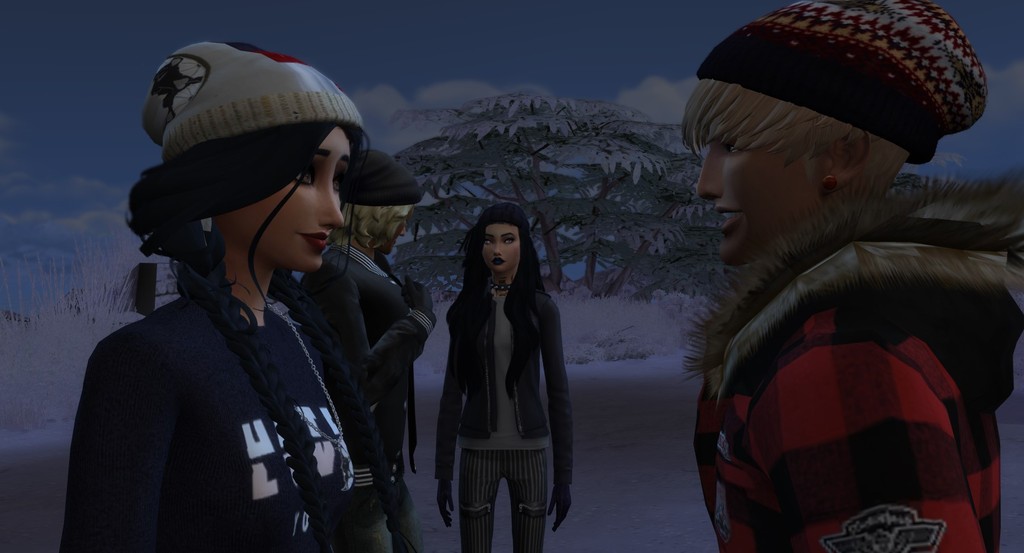 She gave me the biggest smile and nodded, making my heart do backflips. She was so pretty. I could get lost in her big eyes.
​ 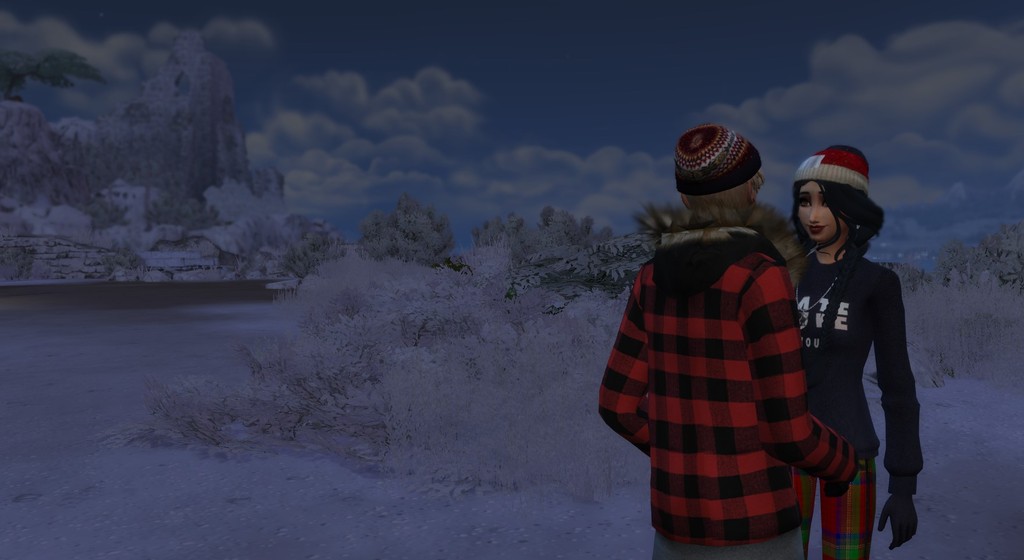 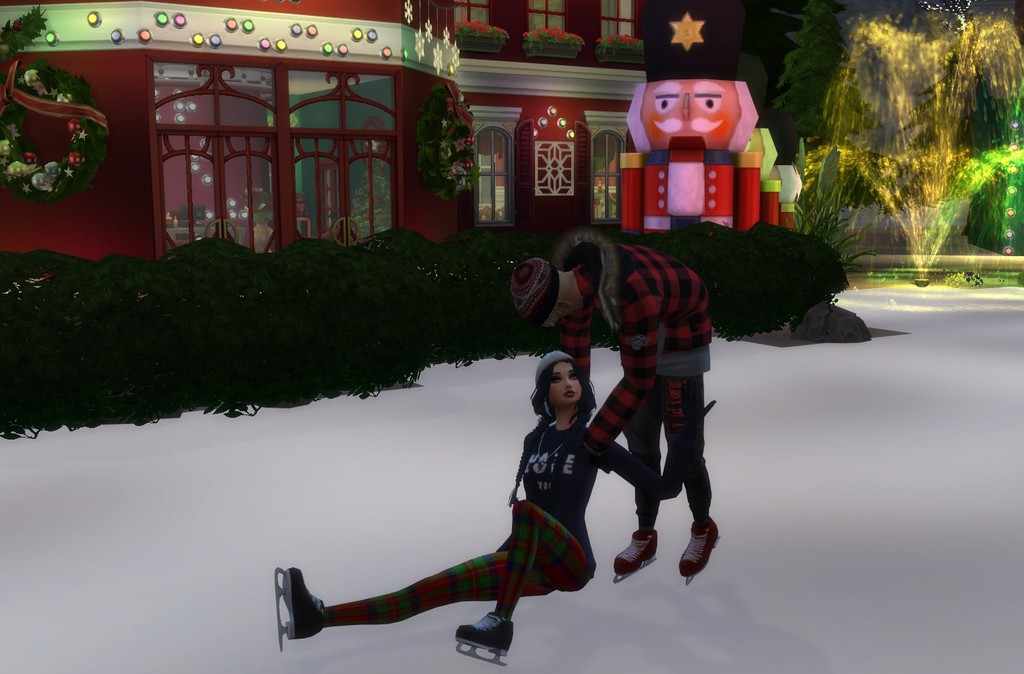 Looking up at me with those gorgeous eyes, she answered, “I’m fine. I didn’t break.” 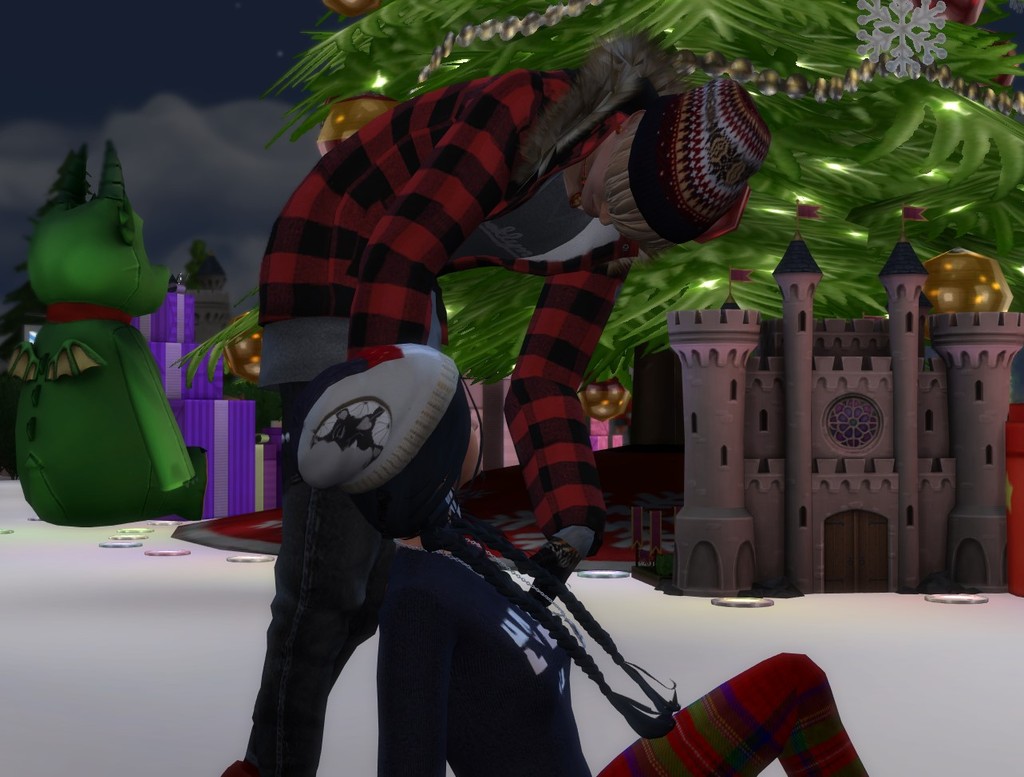 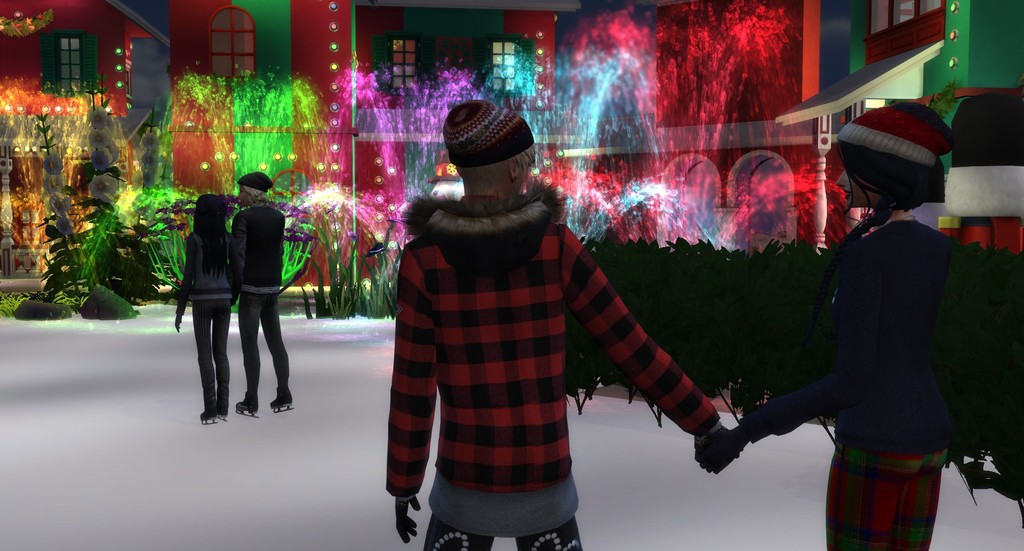 We skated and talked. She told me she was really into magical creatures and sci fi/fantasy books. Something I’d never thought about, really. I liked reading, but I liked books similar to what my dad wrote—action/thriller stuff. She wanted me to start reading a series called Ironbound. Said she’d give it to me later.

She also told me about a secret garden place where vampires supposedly lived. I thought that was...well...crazy. I mean, vampires were only in the movies. Right? But she swore by this book of lore she found. To corroborate her statements, she told me to talk to Manu, but I thought he was as crazy as she was. I changed the subject because it was giving me the creeps.

Later, she fell again, so I had her jump on my back. It was so fun playing around like that. I was having such a great time with her.
​ 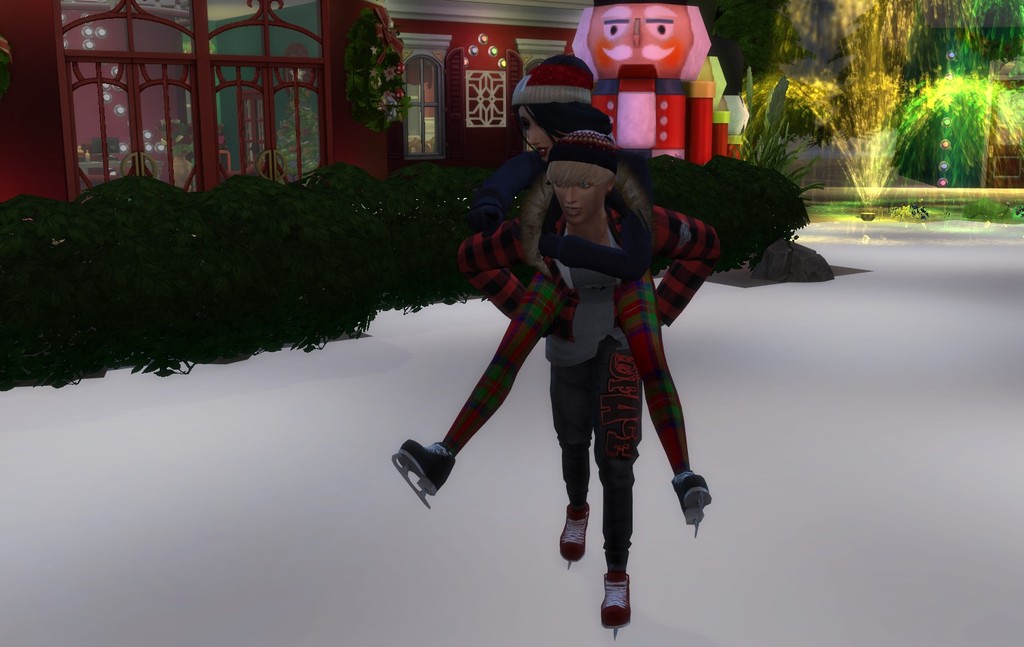 Suddenly, she hollered, “Careful! We’re going to ram into Clarke and Lexx!”
​ 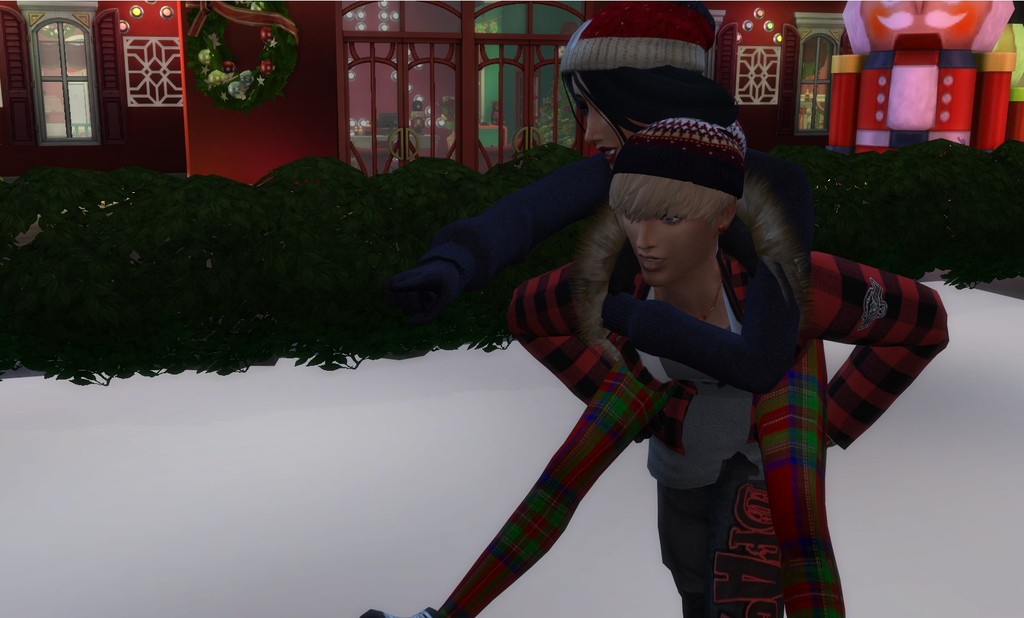 But I narrowly missed them.

We laughed as I set her down, breathing hard. She gave me this look that turned me into a pile of mush. Stammering, I said, “U-Um...I-I’ve got to go to the bathroom. Wait for me?”

She flushed and said, “I won’t leave this spot.”
​ 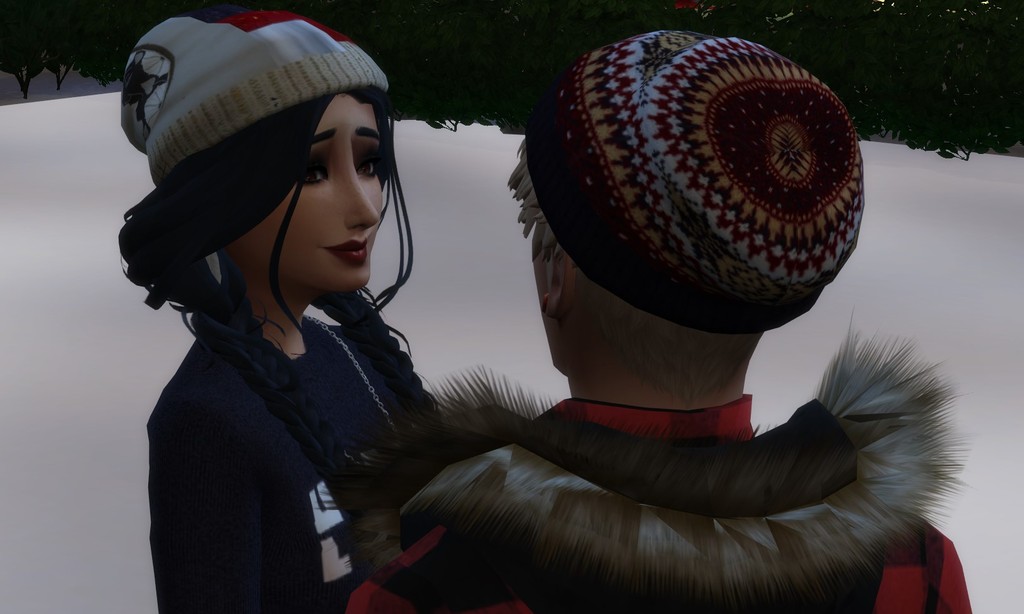 When I strolled out of the bathroom, I noticed someone setting up for a protest. Then I spotted Luci. 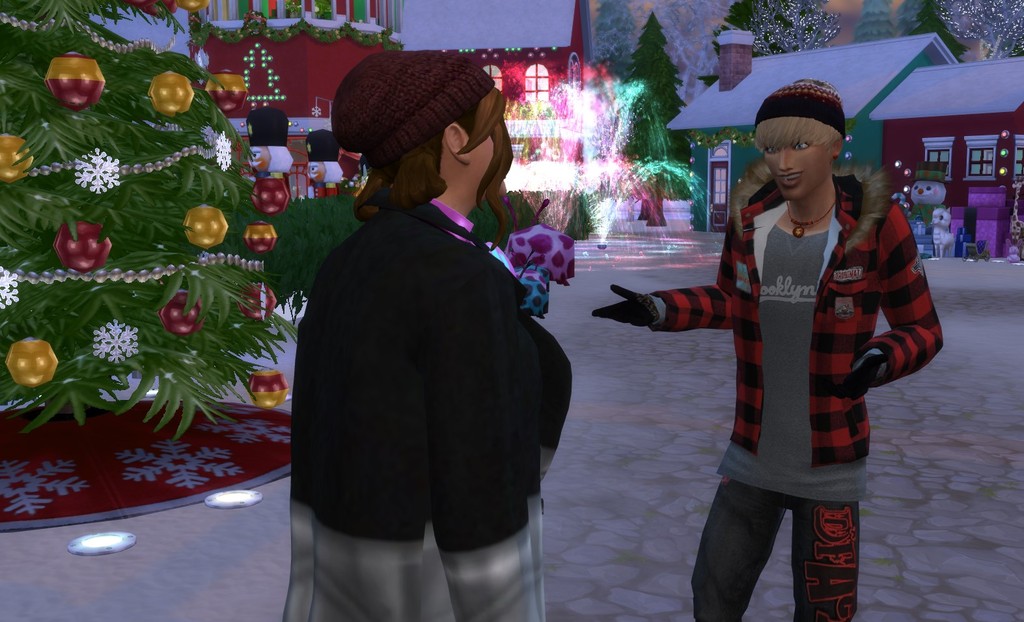 She glowered. “Actually, it’s your aunt. She’s heading up a foundation that is going to bulldoze Christmas Town for a new subdivision. This has been in Newcrest since its founders built the first lot. All your family cares about is making money. It’s ridiculous.”
​ 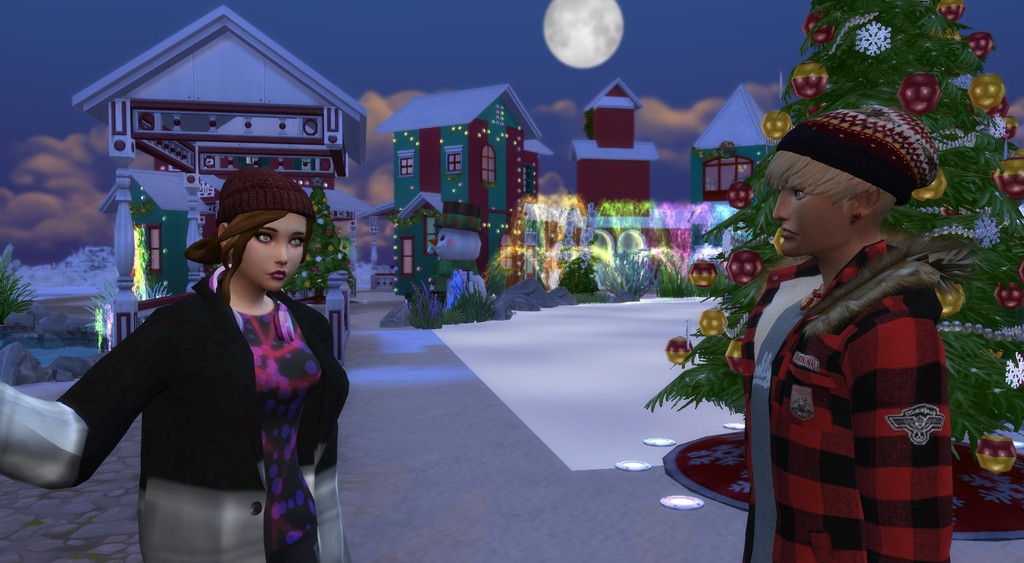 “Look, I can’t stand Lana, so go ahead and protest away. And don’t lump my personal family with my aunt and grandfather. We aren’t like that.”
​ 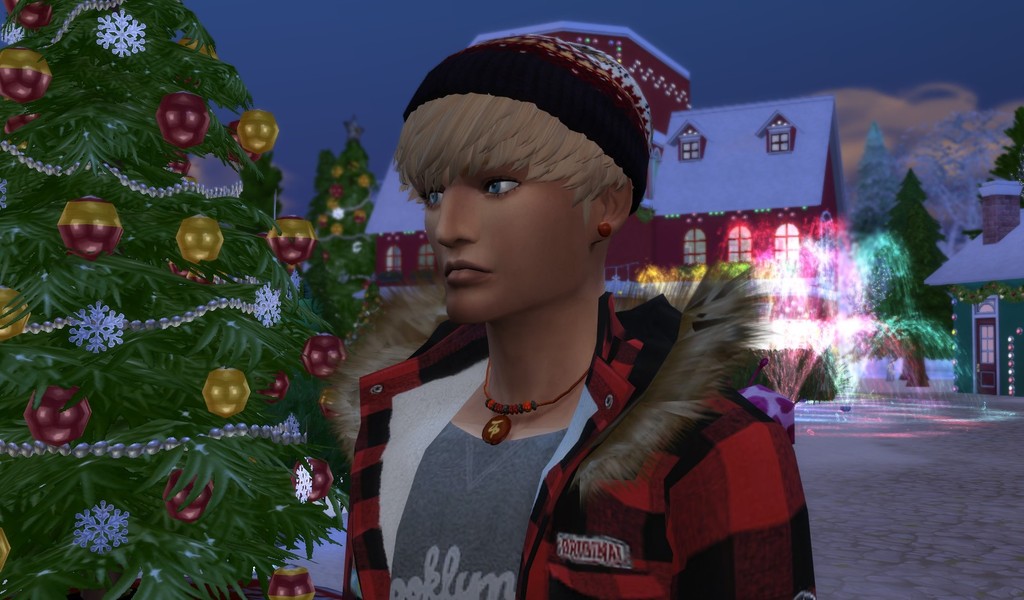 “I’m sorry but it gets a little frustrating. Your family owns all of Oasis Springs and now they’re after Newcrest. It’d be one thing if they cared about the environment or the town itself, but they don’t. They always choose whatever will make them the most simoleons.”
​

“Well, if you ever want me to join in one of your protests, just let me know. I think what Lana’s doing stinks. I hate her anyway.”

She batted her eyes. “Really?” 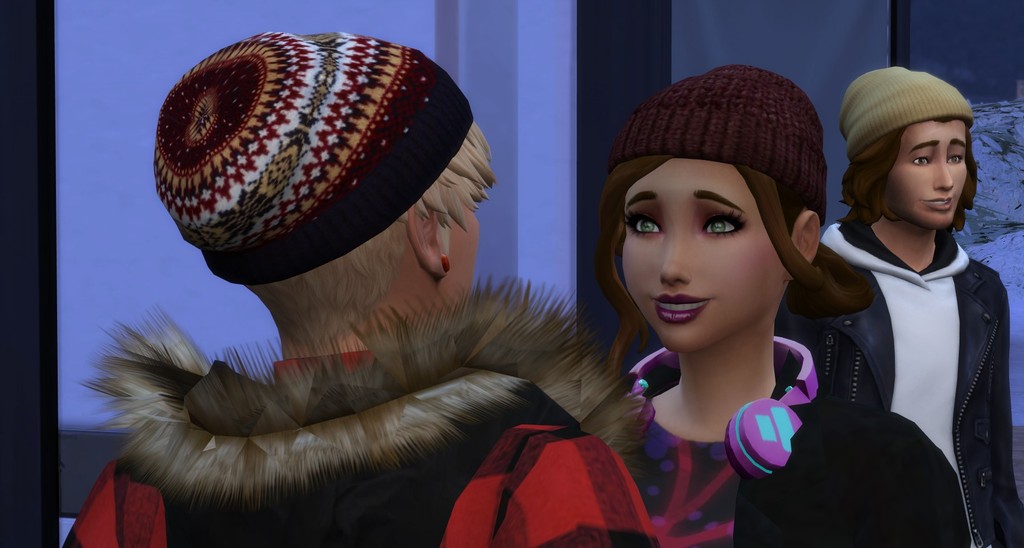 “I might take you up on that, you know.”

“Looking forward to it.”

She jerked her head toward the ice rink. “Who’s that?” 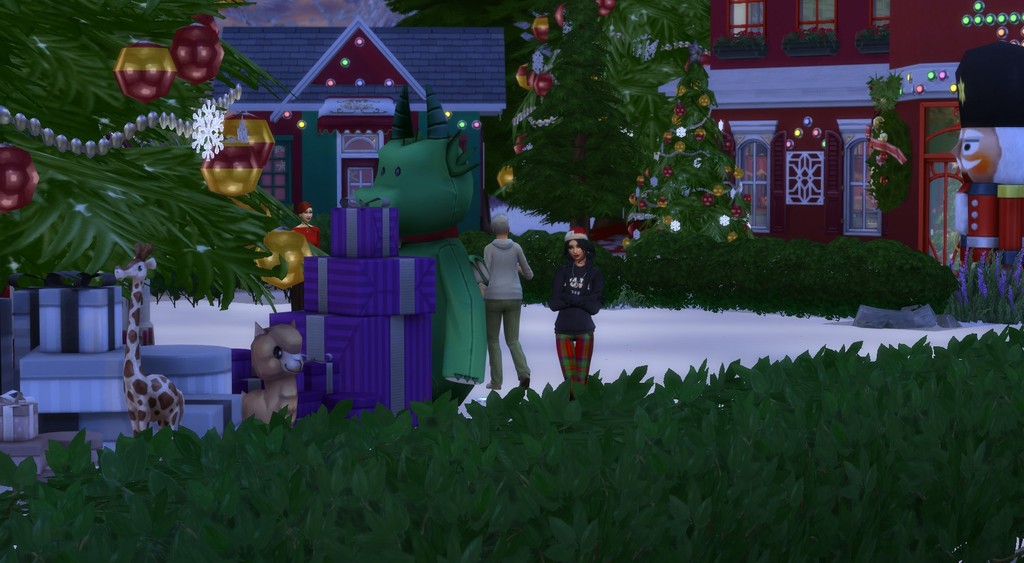 She laughed nervously and said, “Well, I wouldn’t want to keep you then.”
​ 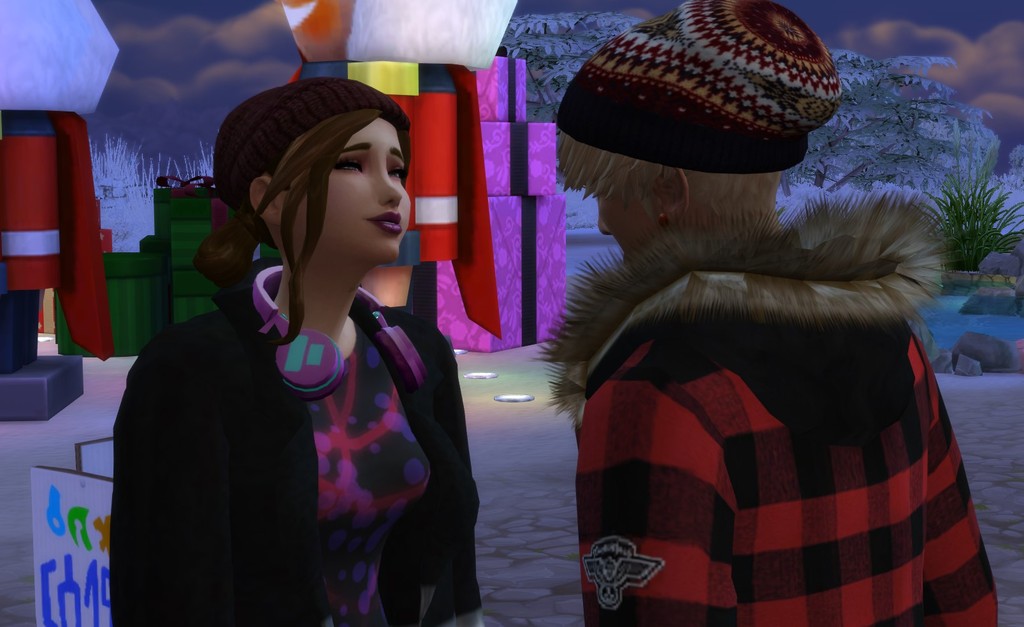 ​“Yeah,” I said, shyly. Why was I acting all goofy in front of Luci? I bolted away from her, looking forward to scooping up my date in my arms. I’d hoped she wasn’t mad at me. I mean, why would she be? I was just catching up with a friend.

Spinning Celia around, I said, “Did you miss me?”

I lifted my thumb behind me. “Who her? Just a friend who’s protesting one of my relatives. Happens every day.”
Author's note: I want to thank designer RABOOSKI for creating Jackson's playroom. It's perfect for him and his friends. Download it for yourself if you want a fun hangout for your sims: TEEN MANCAVE
Powered by