It’d been one month since my brother started taking testosterone and already the changes were amazing. His face had become fuller and was showing a harder edge. Plus he was growing a goatee!
​ 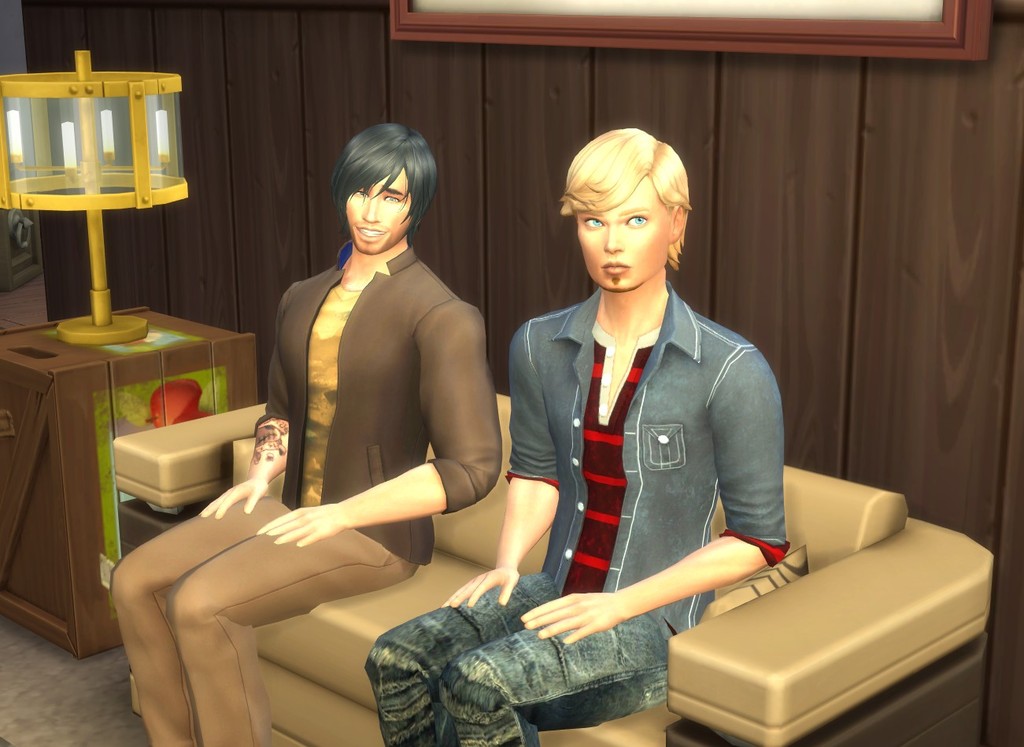 Knight didn’t like it. Said it didn’t look right on him and he wanted Alex to shave but my brother refused. Alex did promise to shave it off for their wedding, though. I was over the moon that Knight and Alex were getting married. They were such a happy couple. Made for each other!
​ 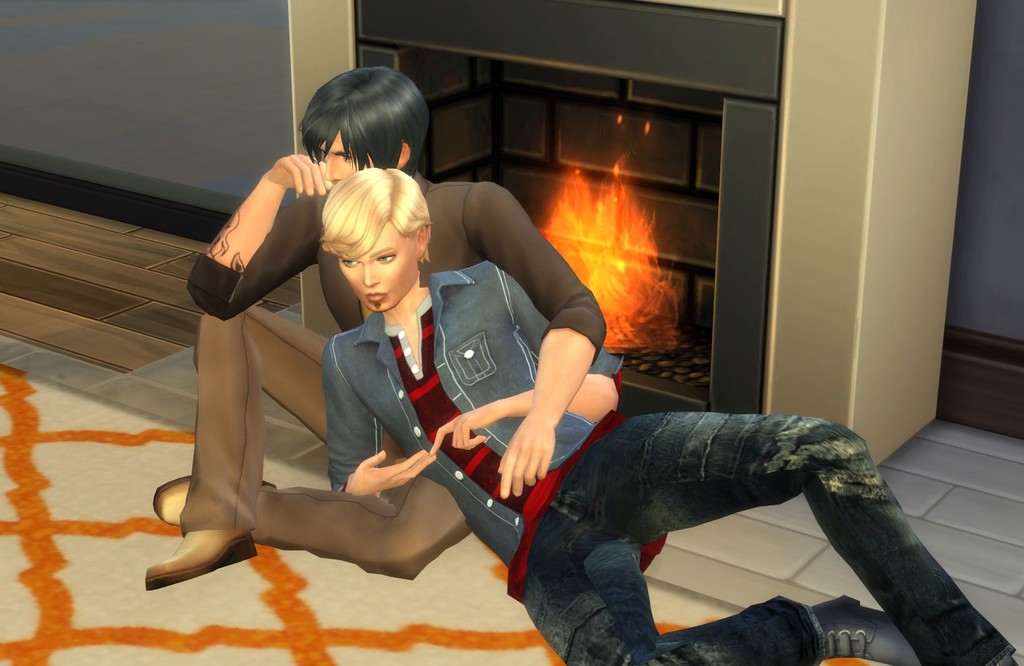 It was finally my eighteenth birthday! Alex and Knight had surprised me with the most beautiful car. Said I needed it now that I was going off to the University.
​ 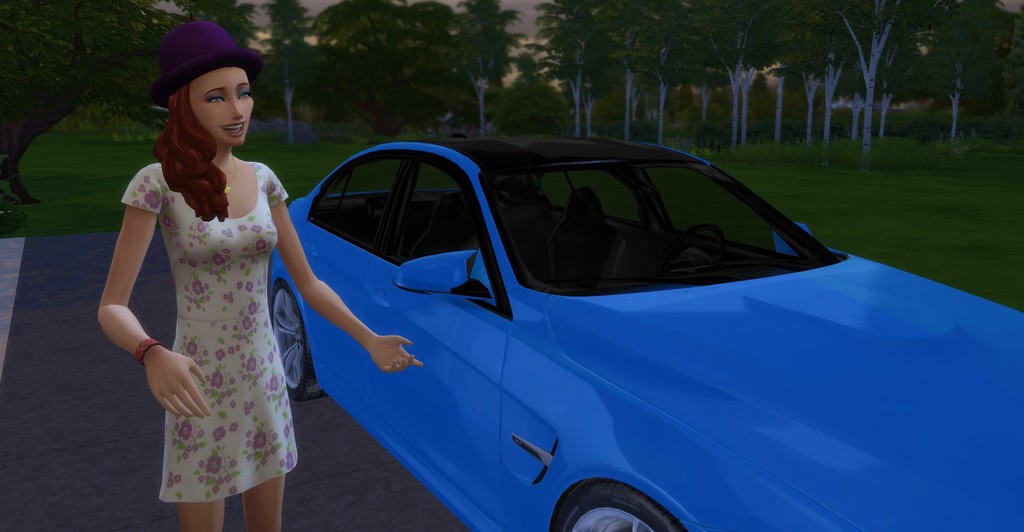 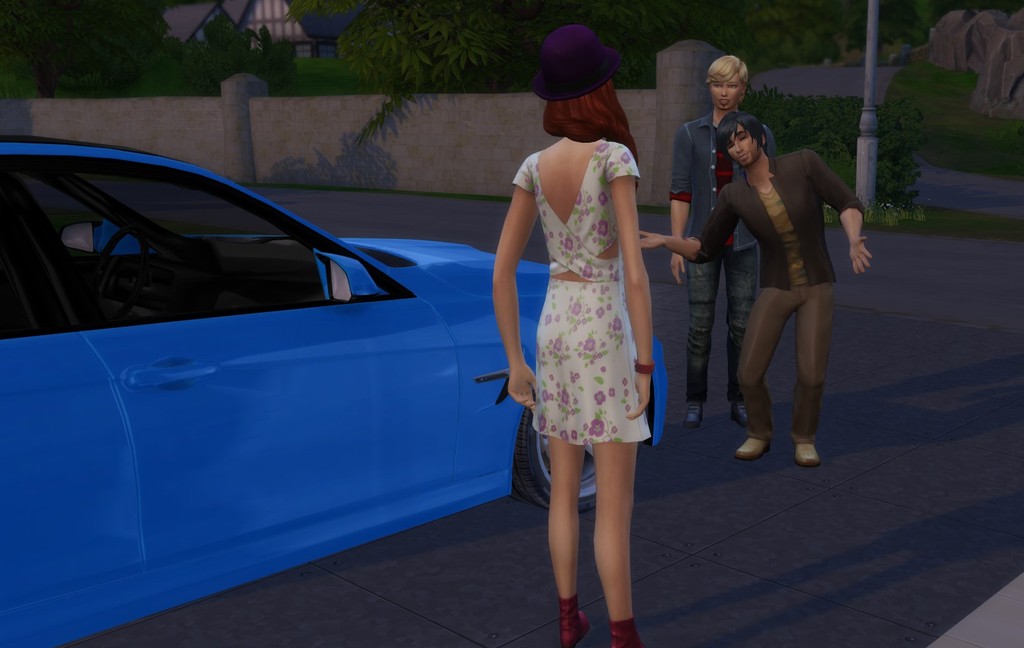 My brother must have been getting paid a lot from Antonio. We were living such an extravagant lifestyle now. I guessed being the fiancée of a billionaire had a few perks. But I hated Alex spoiling me. I never do anything for him. He’s given up so much to raise me and even now that things were going well for him, he’s still taking care of me.
​ 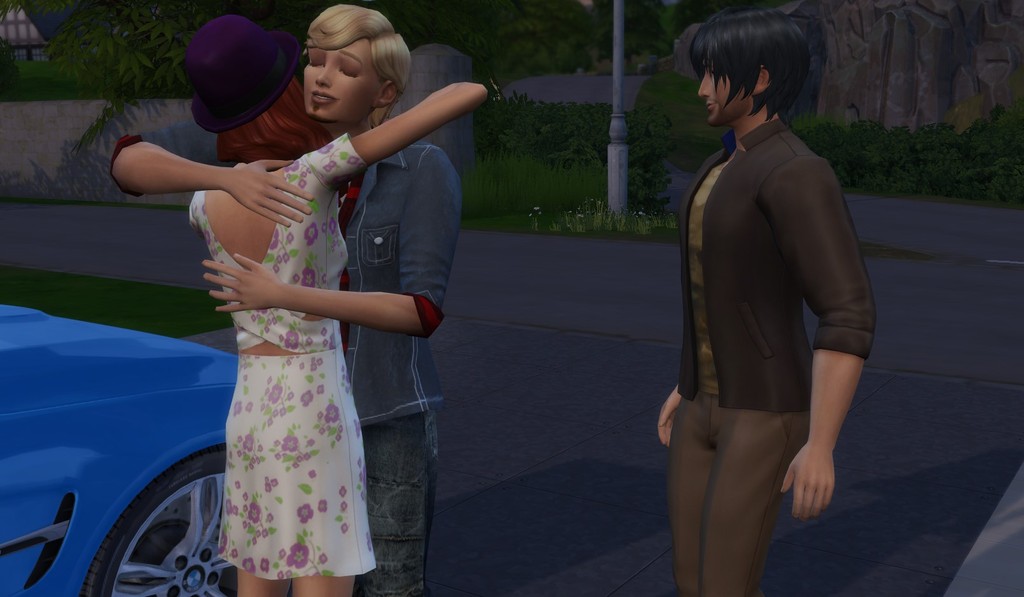 All the family got together at our house for my party—this included Kyle. After about two weeks of not speaking to Benton or me, he finally caved and started hanging out with us. We didn’t do PDA around him to make it easier for him to accept our relationship. And I was finally thinking he might have moved on. But he had to ruin things at the party.

He pulled out a microphone and called me over to him. Uneasy, I stepped in front of him.
​ 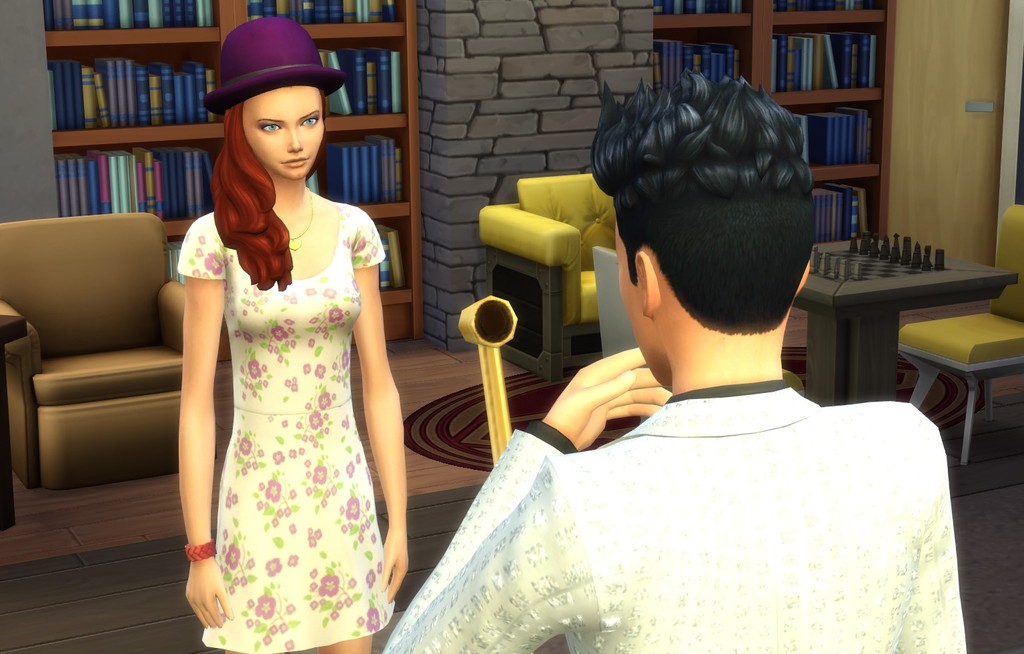 “Bri, you know my birthday is tomorrow, right?”

I arched an eyebrow, not liking where this conversation was going. “Yeah. That’s how we became friends. Our birthdays are a day apart and Mrs. Lee had us celebrate them together at school since yours fell on a Saturday in seventh grade. How could I forget, Kyle?” 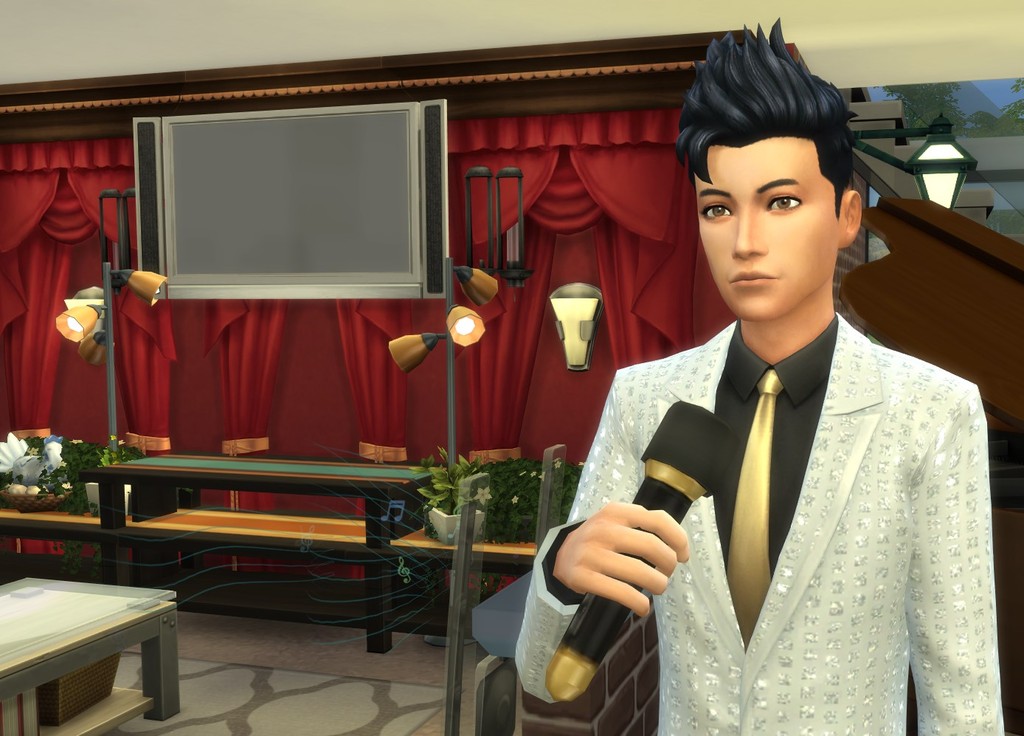 Shocked, I said, “Seriously? Kyle, I’m dating Benton. Don’t you remember? He’s my boyfriend. That means I can’t cheat on him and go out with you on a date for your birthday. Do you hear how crazy that sounds?”
​ 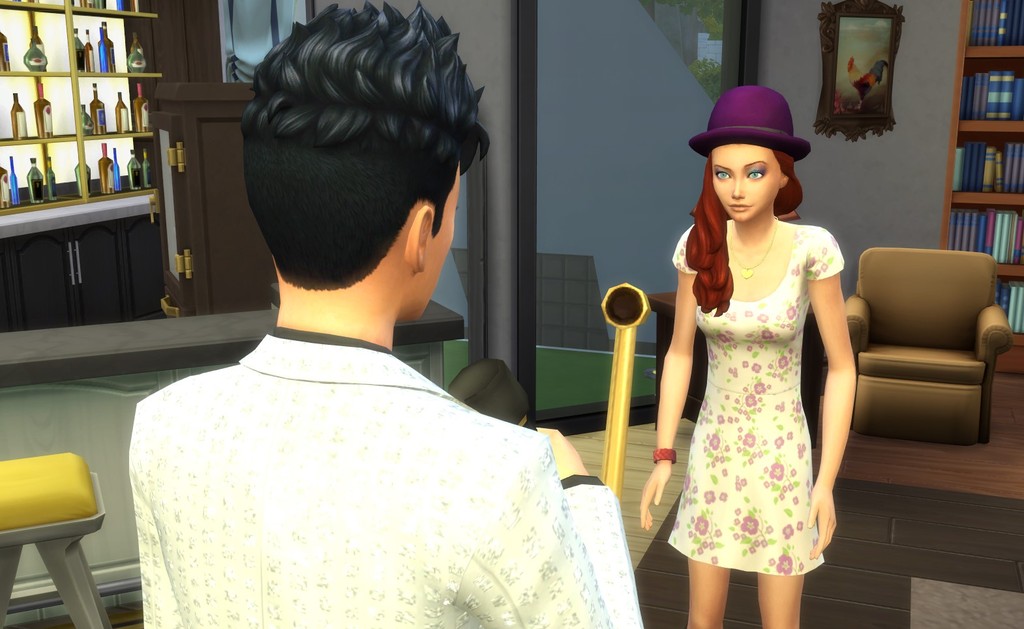 “It wouldn’t be cheating. We could go as friends. I just...haven’t spent much time with only you like we used to. I kind of miss that.”

I hated to be mean, but Kyle needed to get over this obsession he had with me. I sort of felt bad since yeah, he was right. Our friendship had changed since I started dating Benton, but he freaked out so hard about it. What was I supposed to do? “Kyle, I’m sorry, but things are different now. They have to be.”
​ 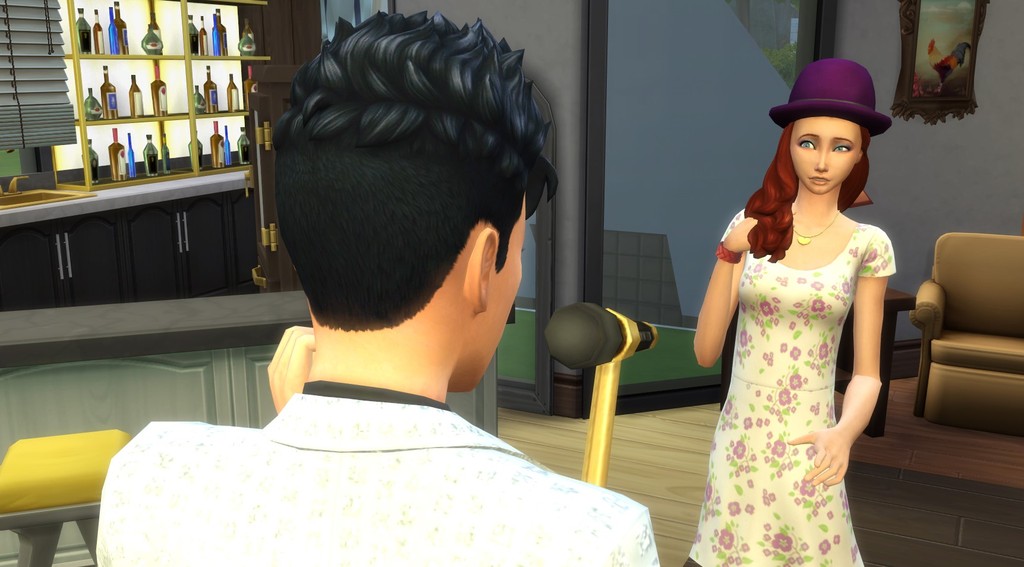 I took him over to the bar and sat down. “Look, I kind of miss our friendship, too, but do you really think Benton would like us hanging out by ourselves now?”
​ 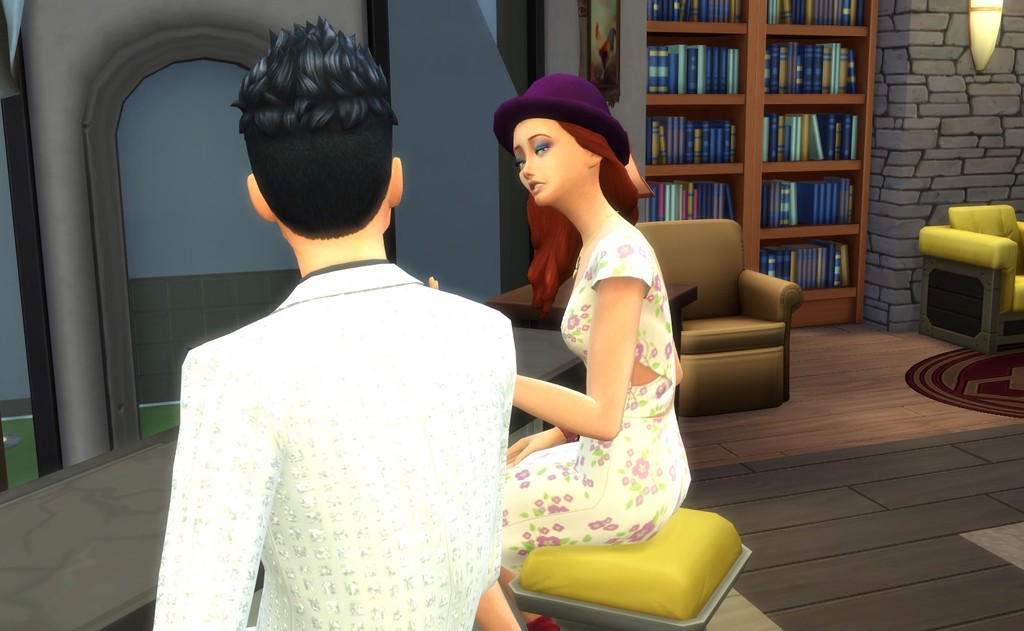 Just then, Benton came up from behind and sat next to Kyle. “Dude, what are you trying to start? Leave Bri alone.”

“I’m not trying to start anything. Since you’ve been dating, you’ve hoarded her to yourself. You seem to forget she was my friend first.” 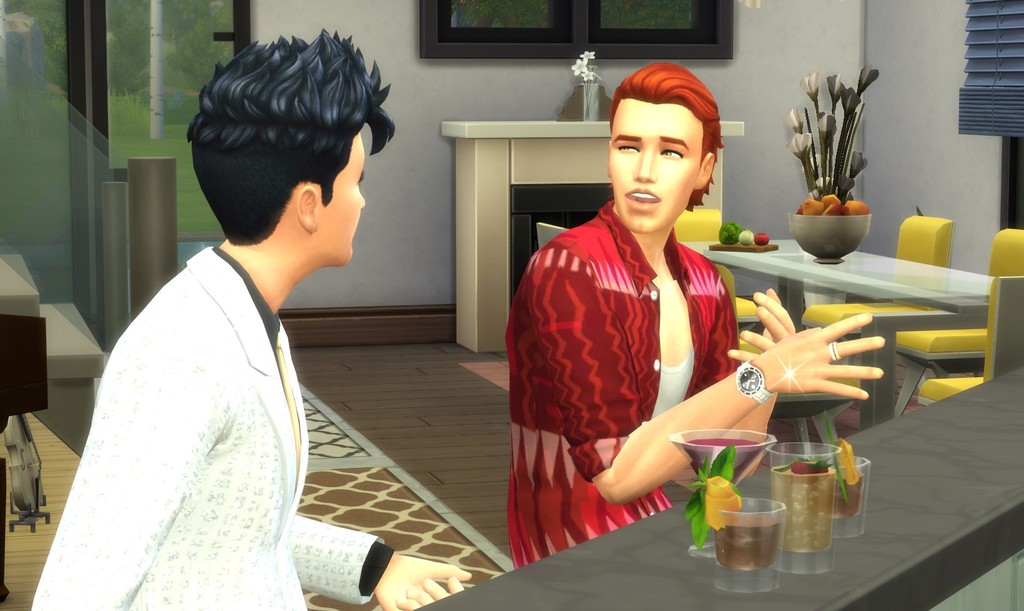 Kyle took one of the drinks that the bartender had made and downed it. Wiping his mouth, he said, “I’m not giving up, Benton. So you deal with that.” Then he got up and stalked to another room.

I couldn’t believe my little sister was all grown up now. She was so beautiful. My dad would have been proud to see how she turned out.
​ 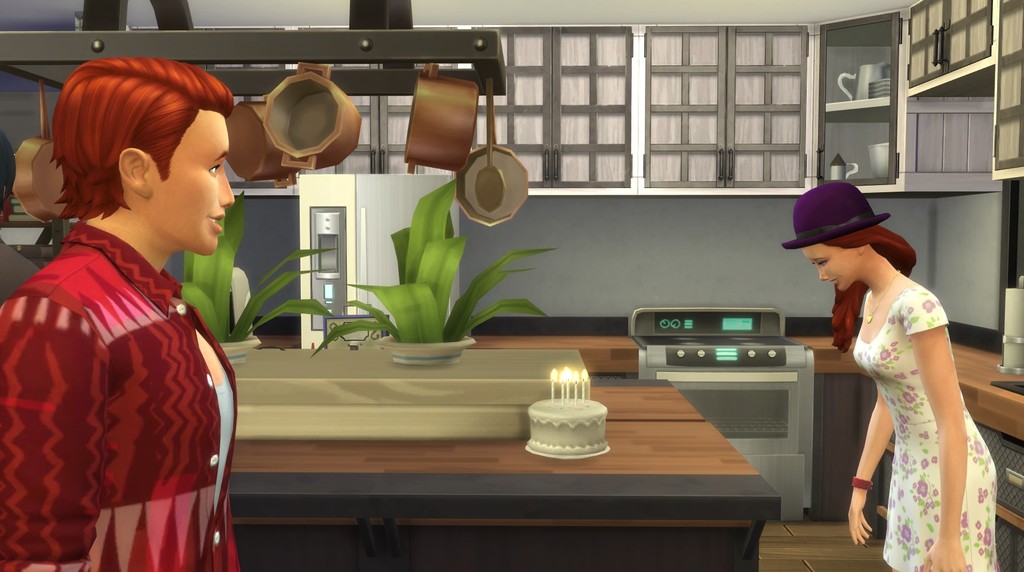 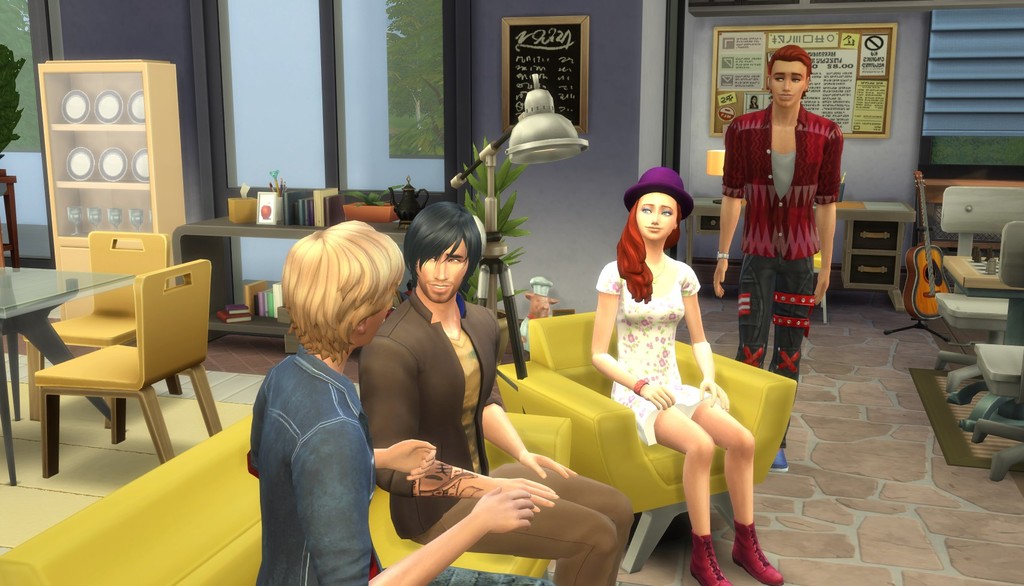 “I don’t feel different...but Alex! You shouldn’t have given me such an expensive car. You spoil me too much. And I can’t do anything for you to thank you enough. I feel bad about that.”

I shrugged. “Make your grades and that’ll be thanks enough.”
​ 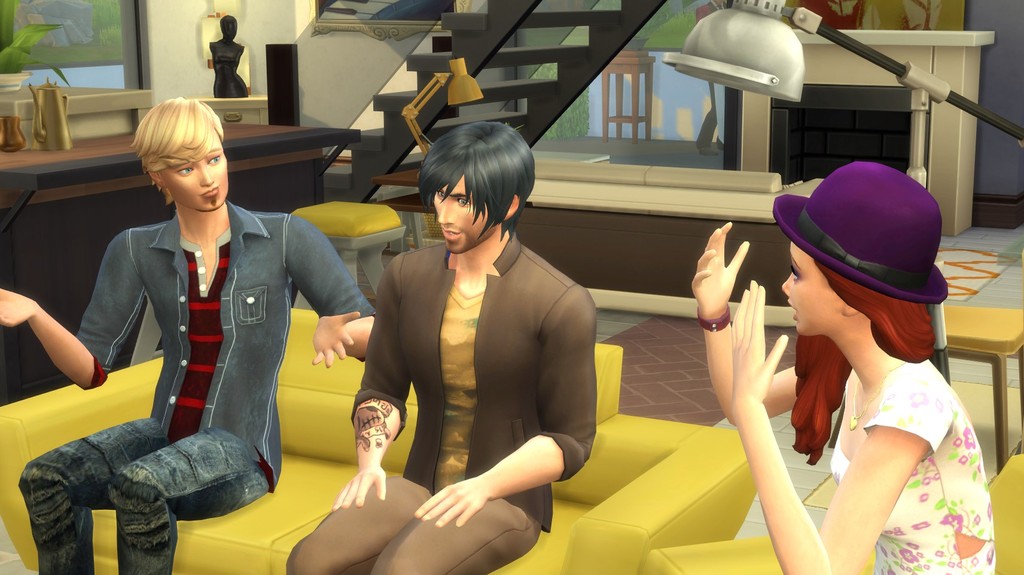 The party was winding down. Most of the guests had left and Antonio came up to me. I was never easy around him. Not only was he my boss but he was soon to become my father-in-law. My stomach always twisted into knots when he spoke to me. At work, it was easy to avoid him. He was the big boss no one spoke to, but here at this setting. It was just weird.

“I hope you’re ready for tomorrow, Alex. This is one of the biggest busts we’ve had to date. And if you do well, we’ll start using you undercover.”
​ 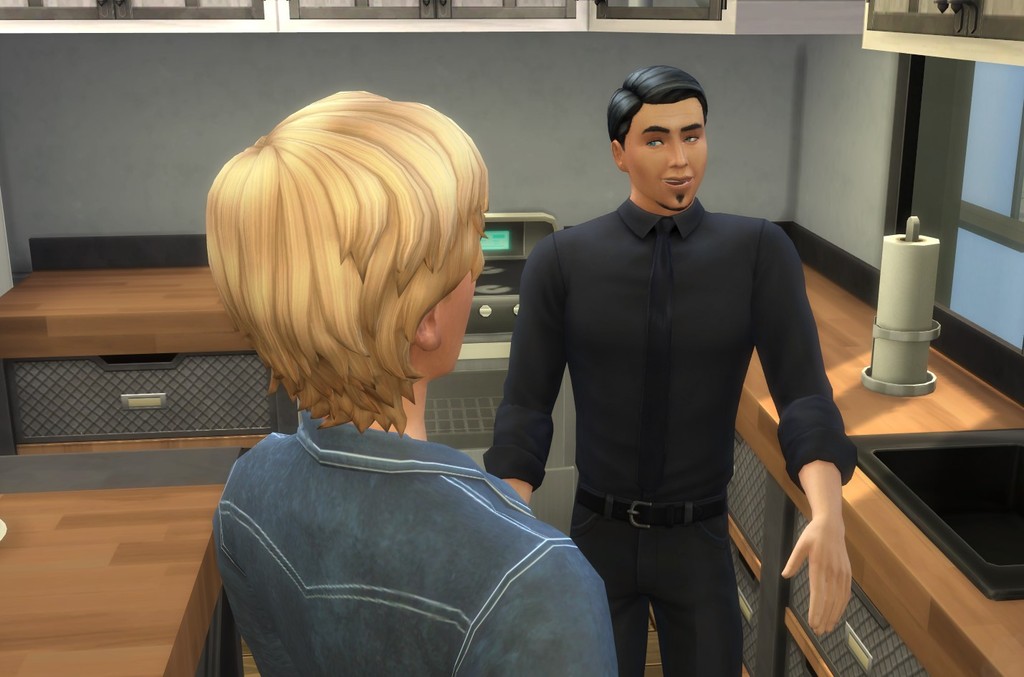 I didn’t like to talk shop at home and was surprised Antonio would do this. Both of us never spoke about our work in front of Knight and here he was in my home chatting about a case like it was some baseball game. “Antonio, don’t you think we can talk about this later? If Knight overheard...”
​ 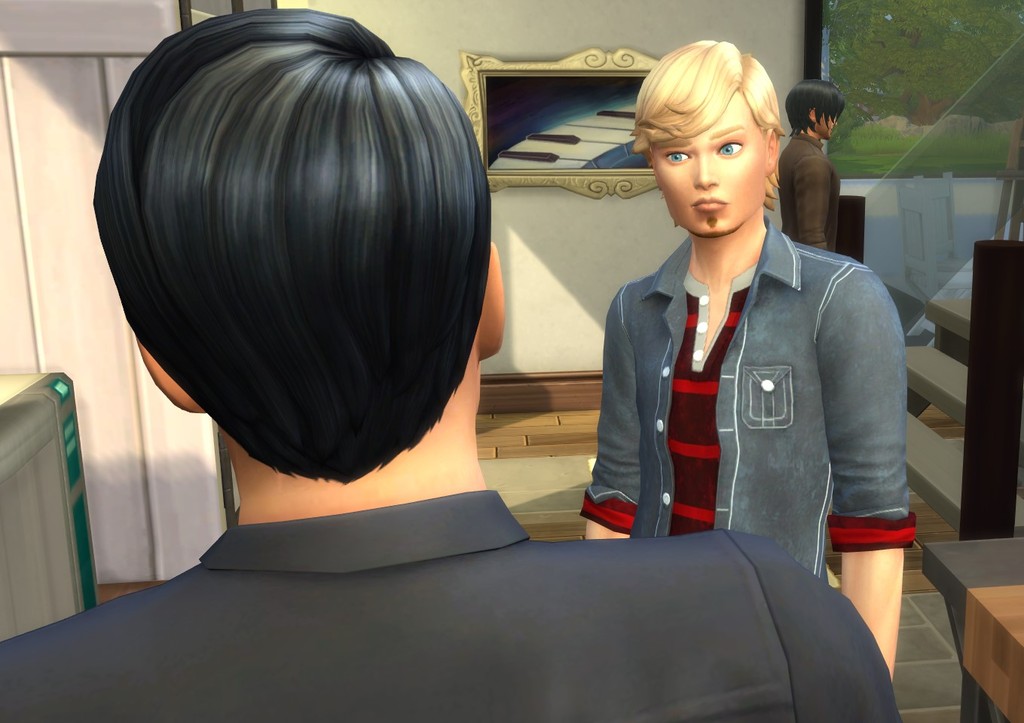 He face grew cold. “Knight is a big boy. He should embrace who you are, Alex. You shouldn’t hide it from him. What kind of marriage will you have if he has no clue what you do?”
​ 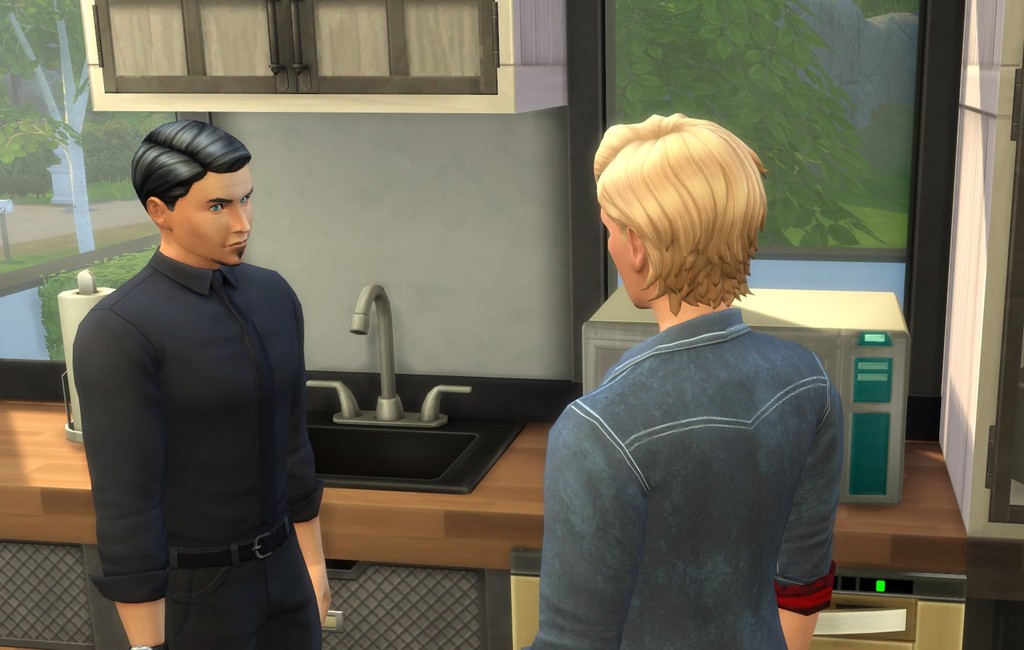 I heard the threat in his words. He knew as well as I did that Knight would not be comfortable with “who I am” at work. And sometimes, I struggled with it myself. But I kept reminding myself that I was, underneath it all, doing good, even if it felt a bit...dirty.

I glared and said, “Knight will be my husband, Antonio. And I won’t be your weapon when he is, so until then, I’d appreciate some respect in my home.”

He raised his hands and said, “Calm down, Alex. I did not mean disrespect. But I wonder...will you be able to move over to a boring office job once you marry?” He smiled wickedly. “Seeing you in action, I highly doubt that.” He laughed then sauntered toward his girlfriend, kissing her hand like the smooth operator he was.
​ 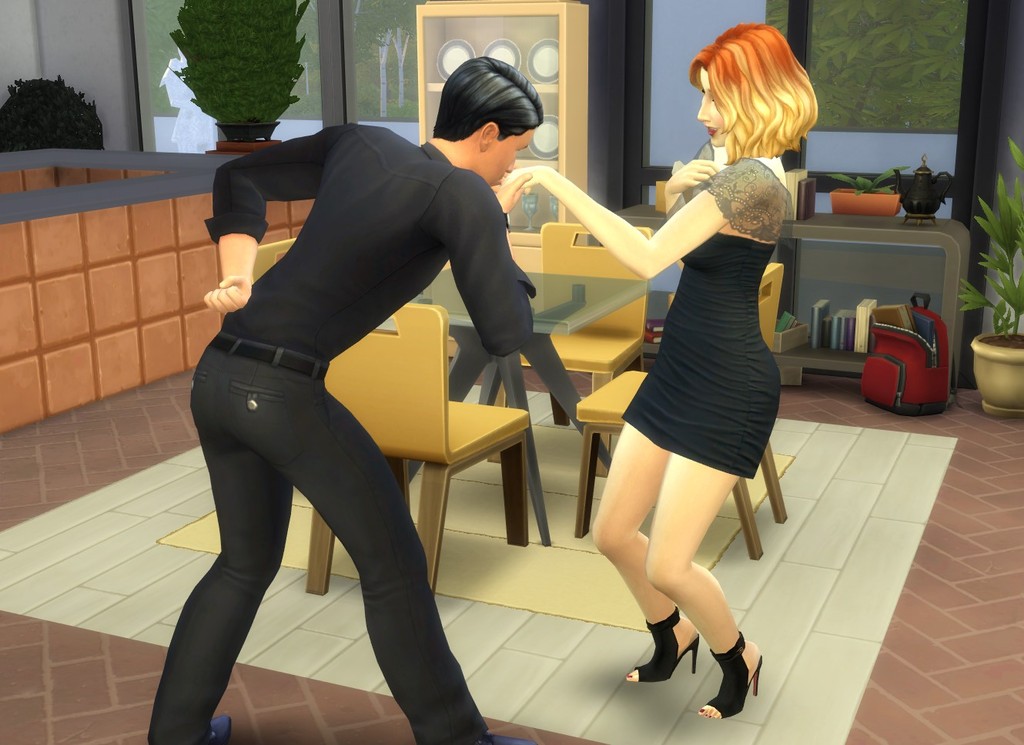 I wanted to yell at him because inside, deep down, I knew he was probably right. I was an adrenaline junkie. Taking down high roller thugs who thought they could murder people for drug money or embezzle millions or rape innocent children felt honorable somehow even if my methods were violent.
​ 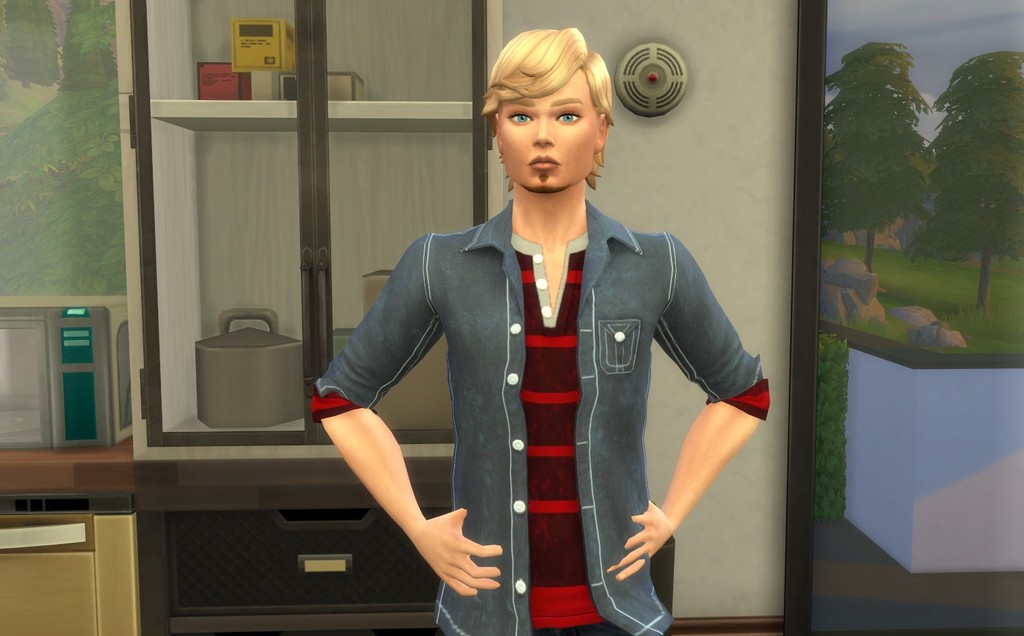 ​And that scared me shitless.
Powered by