I never knew a woman as exciting as Jianna Swinwood even existed anymore. Ever since we met at the Governor’s Gala, I’d been meaning to call her. Then suddenly, I literally bumped into her as I was walking out of a meeting with a few politicians, wondering why the CEO of Cupid Publishing would be at the governor’s offices. Jianna said she had been interviewing one of the interns for a new romance/thriller piece. She was actually an author as well.

After a few pleasantries, I asked her out for some drinks and one thing led to another, which ultimately landed us on my couch. To my elation, I found myself out of breath, entangled in her arms, lipstick, and heady perfume.

“Maybe we should take this to my bedroom?” I muttered between kisses. The woman must have learned a thing or two from reading all those smut novels she prints. She definitely knew how to arouse a man.
​ 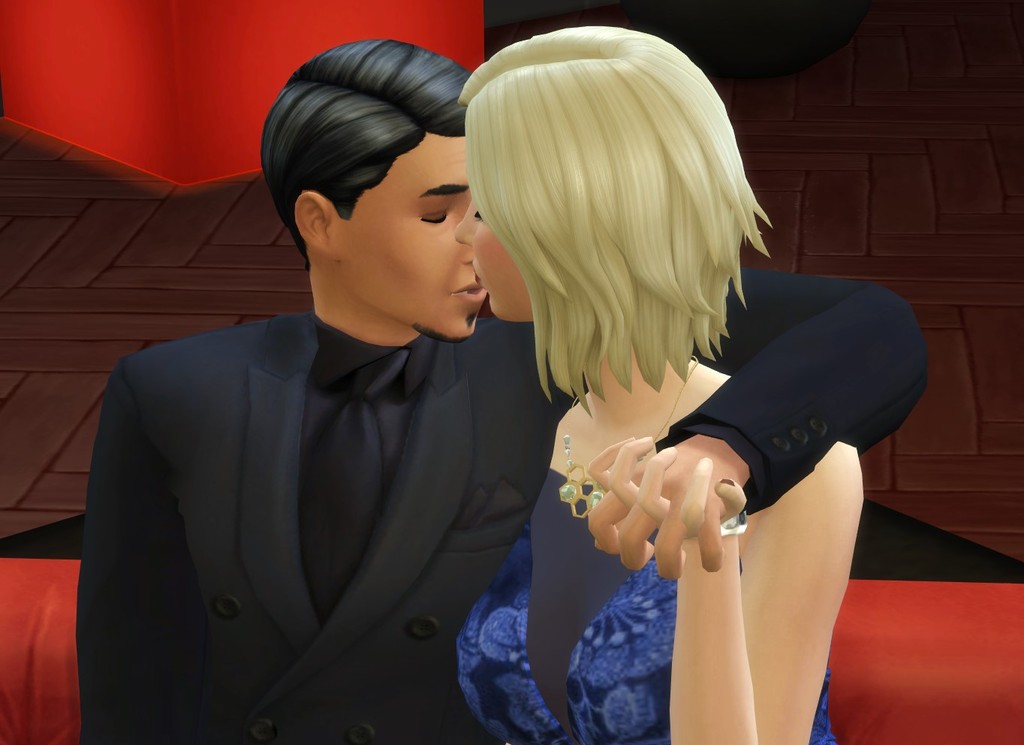 Lying on her back, she said in a sultry voice, “Who needs a bed?”

I chuckled. “Well, if you want to give my butler a show then I guess here would be a perfect place. Had no clue you were an exhibitionist, sweetheart. But I like it.”
​ 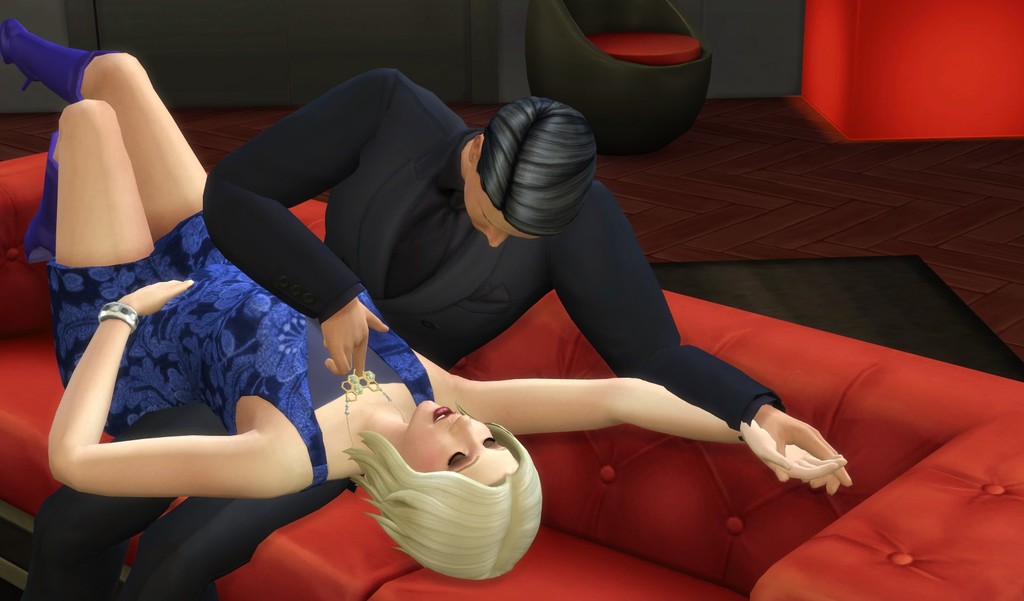 Speeding over to my father’s house, I bolted to the living room where Dalton said he’d be.
​ 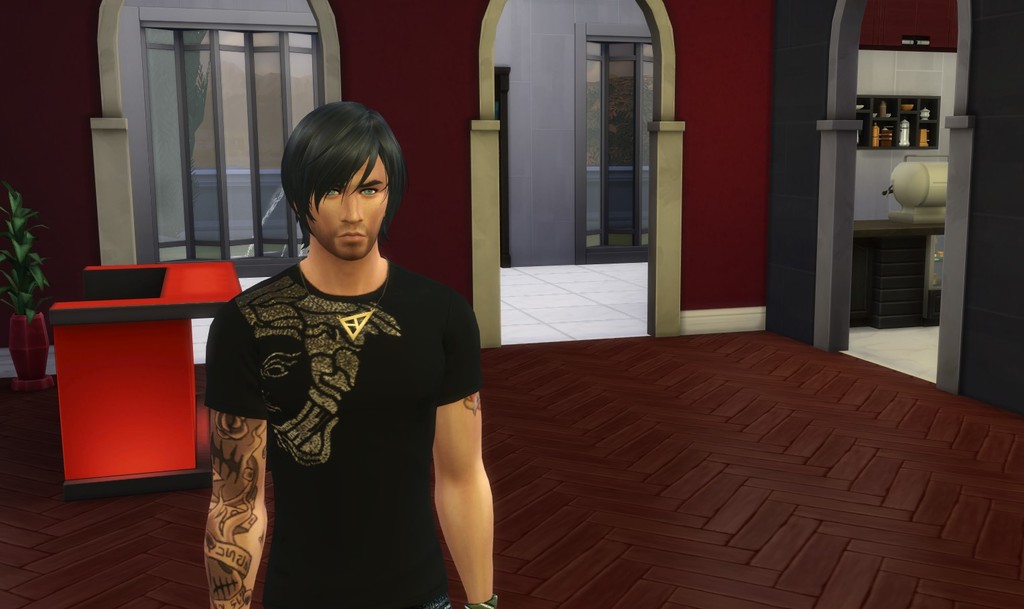 “Oh, God,” I moaned, not believing my father was undressing some woman out in the open like that. “Can’t you two find a bedroom or something? There’s only a million of them here.”
​ 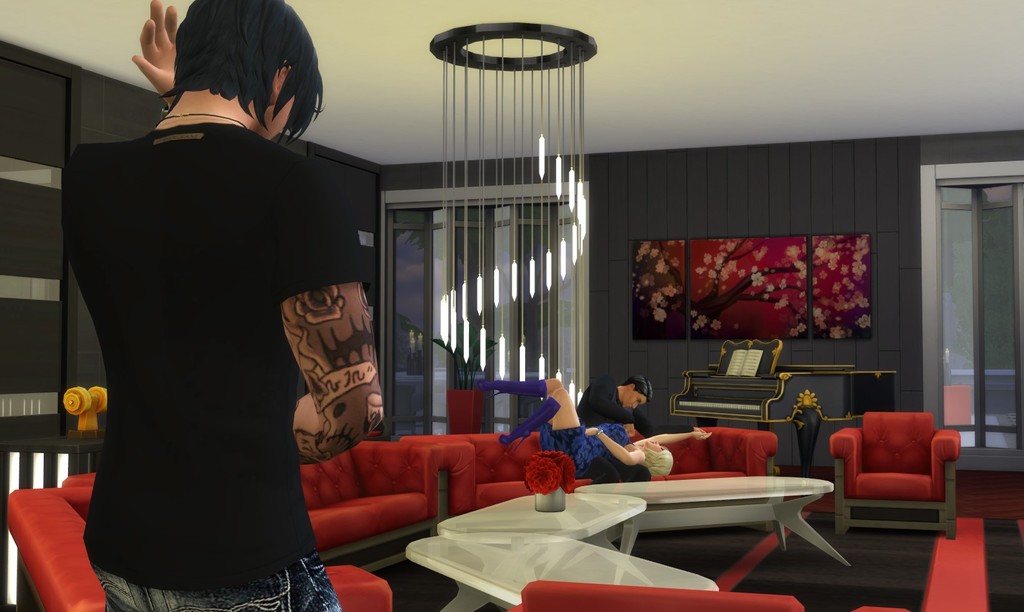 Like two teens caught naked in a car, they pulled apart.

She smiled and said something I couldn’t make out. She was way different from what my father usually pawed. She actually looked like she had half a brain. What a welcome difference from the bubble headed bimbos that were usually hanging around here.
​ 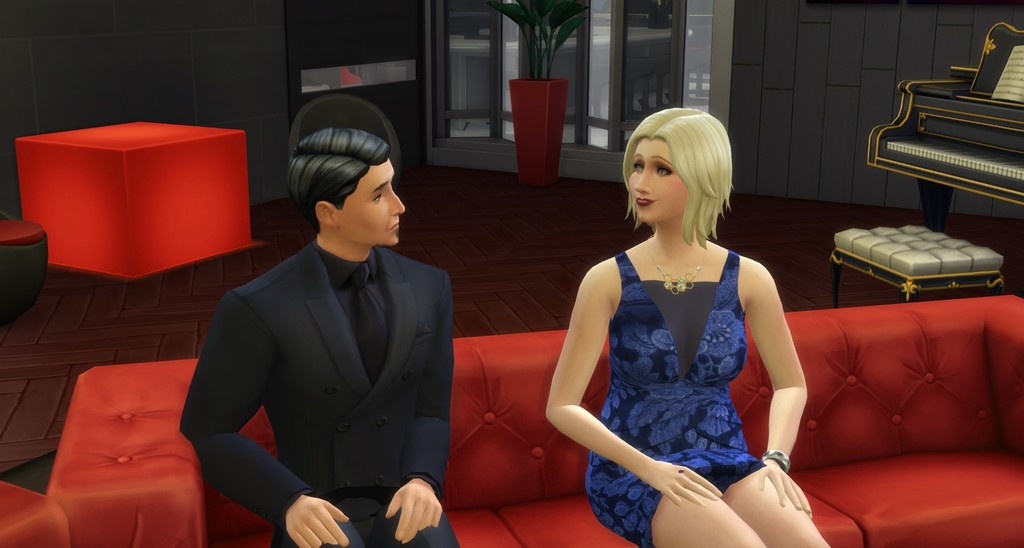 “Good,” I said as they looked away, guilty as hell. “I thought I was going to have to get a hose.”

“Knight,” Pops spat, angrily. “You could have called. I’m busy.”

Smirking, I said, “I noticed.” I winked at the lady whose face turned a nice shade of tomato red. “We need to talk. It’s about Alex.”

“Can’t it wait until tomorrow?”

Rising, Pops turned to the lady and said, “I’m sorry, Jianna. This will only take a minute. Could you wait for me in the bar area? Dalton will show you where it is.”
​ 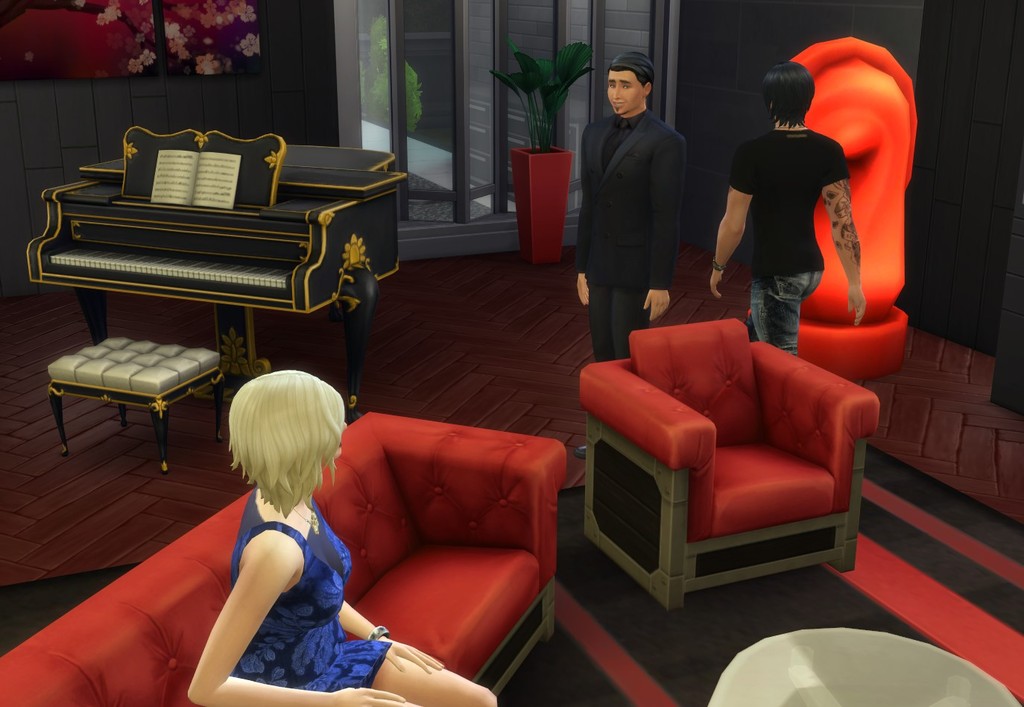 Whipping toward me, he snarled, “So, what is it this time? I already told Alex he could have any house that suited him. Does he want money?”

“No, it’s not that. I’m here to tell you he can’t be your Stinger or whatever it is you’re calling him.” 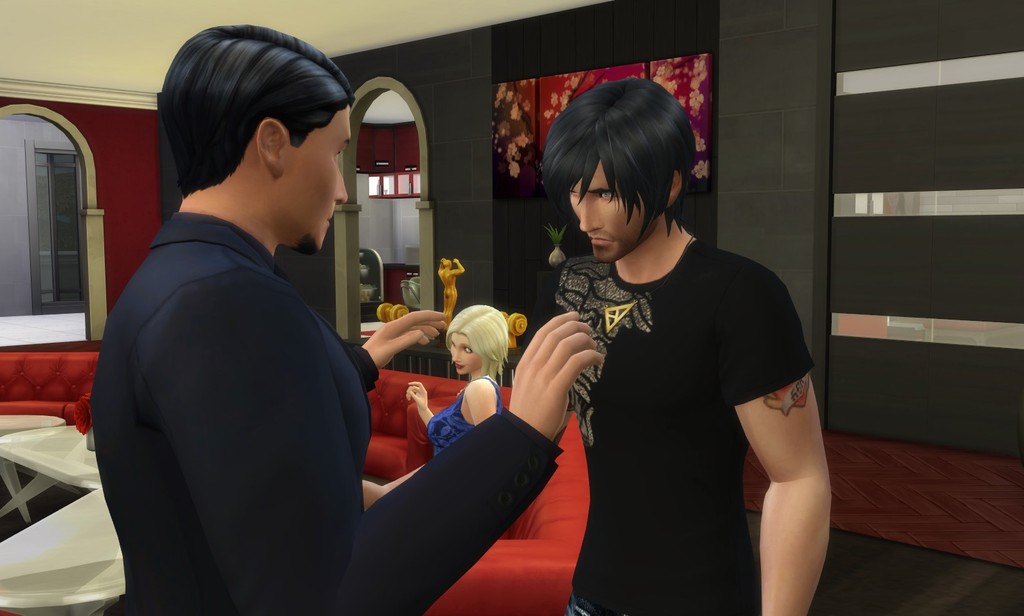 “Listen, Alex and I are very serious. I plan on marrying him and starting a family within the year. I will not have a parent of my child mixed up in the dirt you muddy yourself. I’m going to have a clean break of it once I take on the legacy.”

With a confident smile, Pops said, “Alex didn’t say anything to me about this. He wanted a house for him and his sister. If he was planning on marrying you, wouldn’t he just move in with you?”
​ 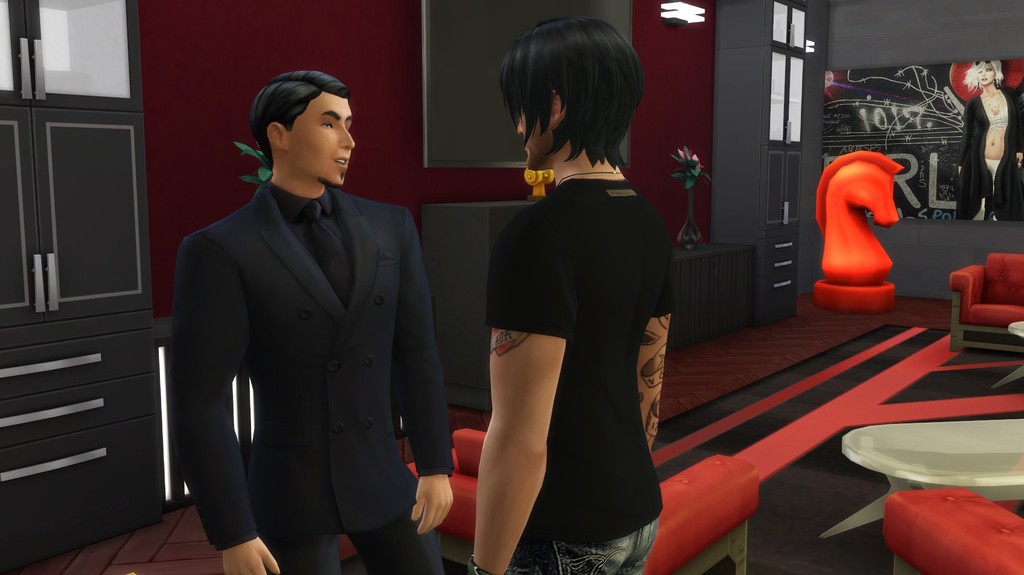 “I haven’t asked him yet, but we’re making plans now. I’ve contacted some surrogate companies. We will find someone to carry our child. We’re going to do this. Don’t you get it? I don’t want Alex mixed up in the underground. I want him with me. I’ll give him a job in the corporation.” Of course I fudged a bit on things, but he wouldn't budge if he didn't have a good reason.
​ 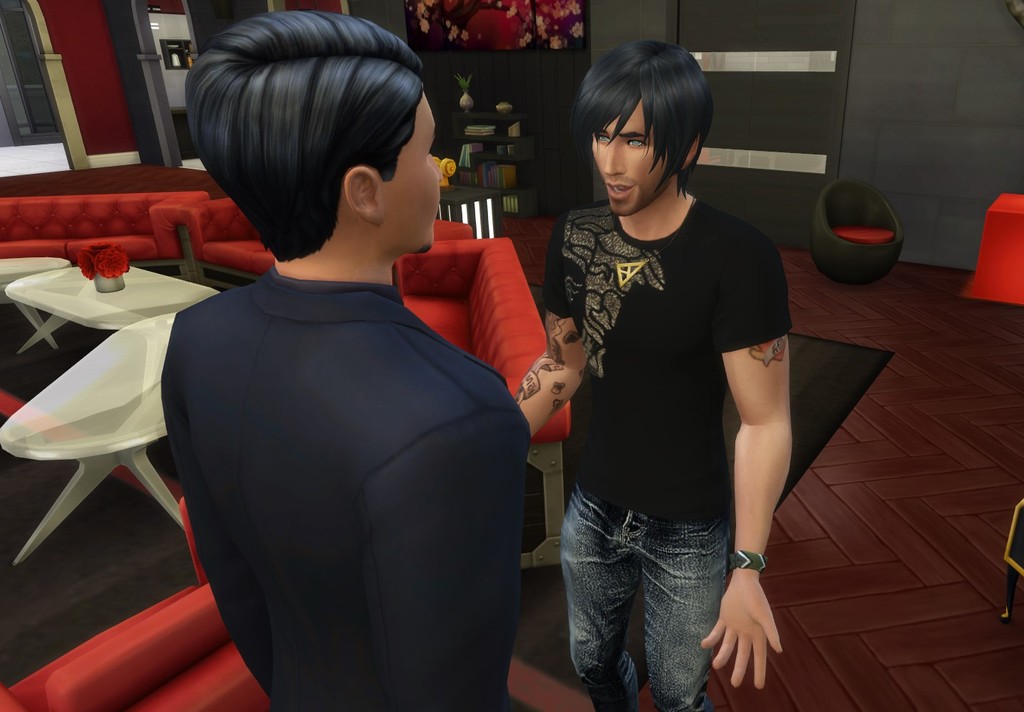 He shook his head. “With what skills, Knight? The man does not have a college education. All he can do is fix cars and fight. What kind of job could you possibly give him? What kind of job would he want? He likes to get his hands dirty. I say let him!”
​ 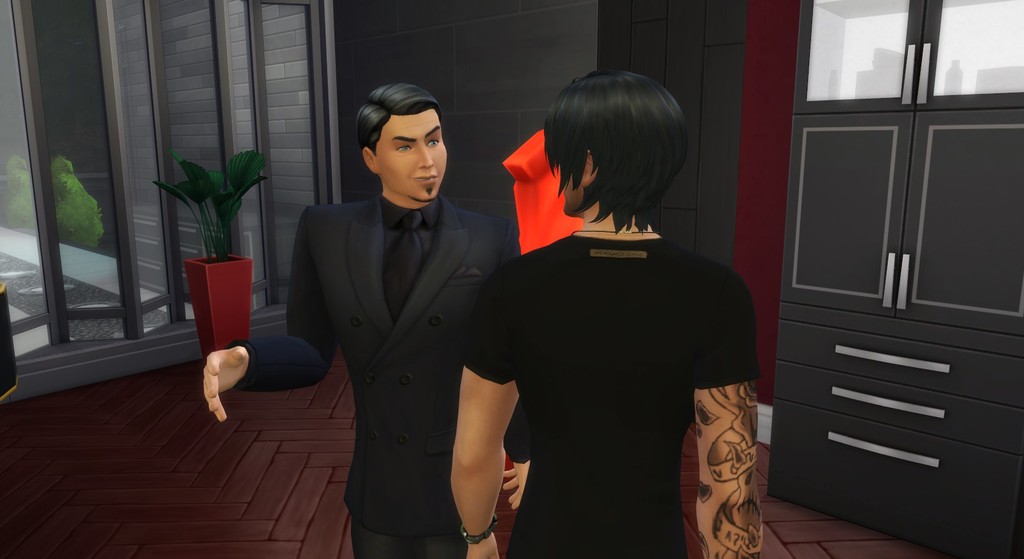 “You won’t have much to say once I take over, so I’m telling you now that Alex will not work for you. Understand?”
​ 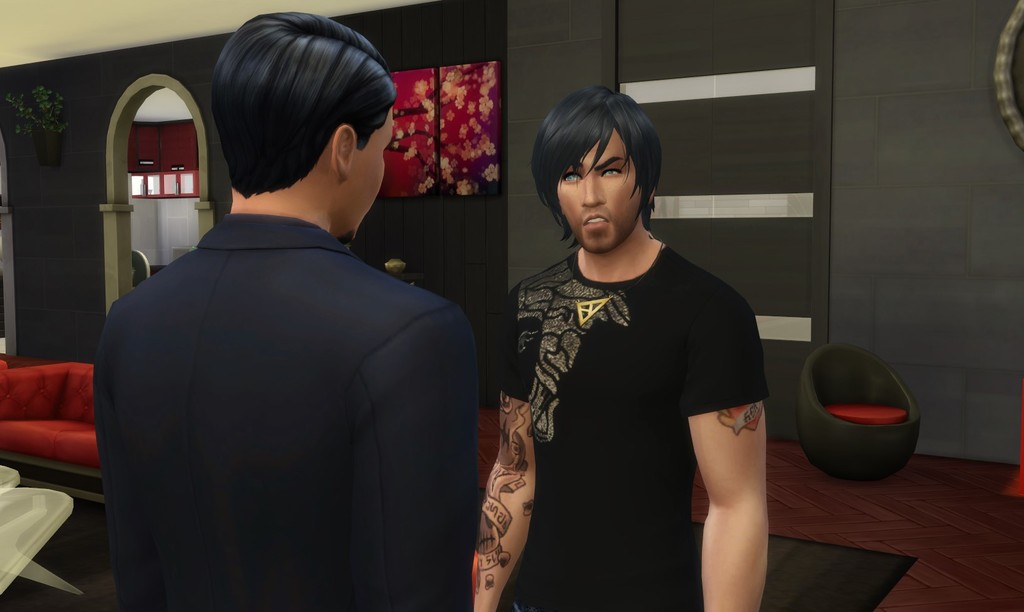 ​My father stood there, jaw clenching.

I stared him down. We were like two bulls sizing each other up before they charged. I was determined to win.
​ 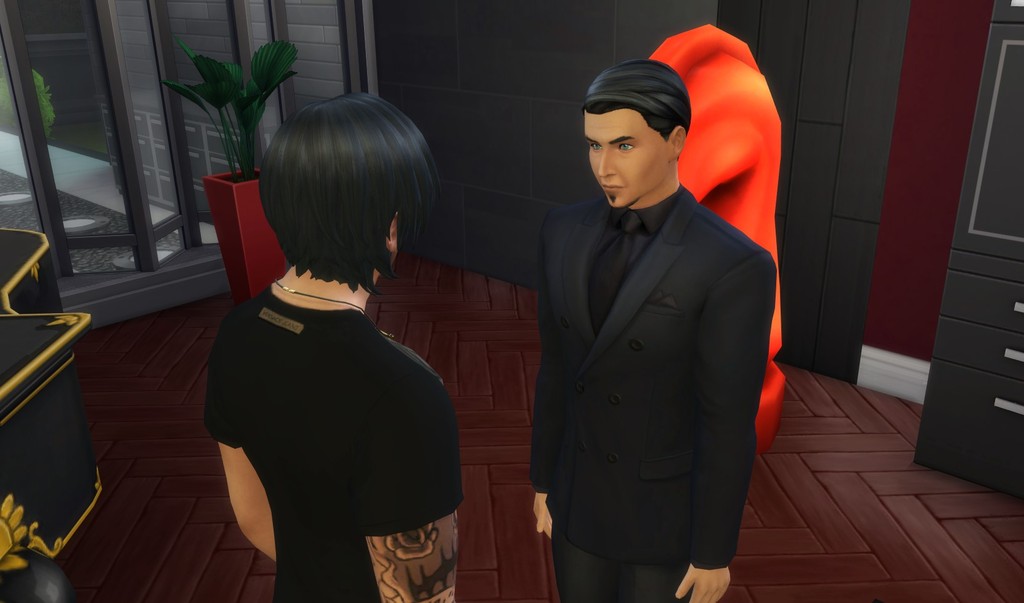 “He’s a grown man. Let him come and talk to me himself. I promise I’ll listen to him if he tells me he doesn’t want to do it.”
​ 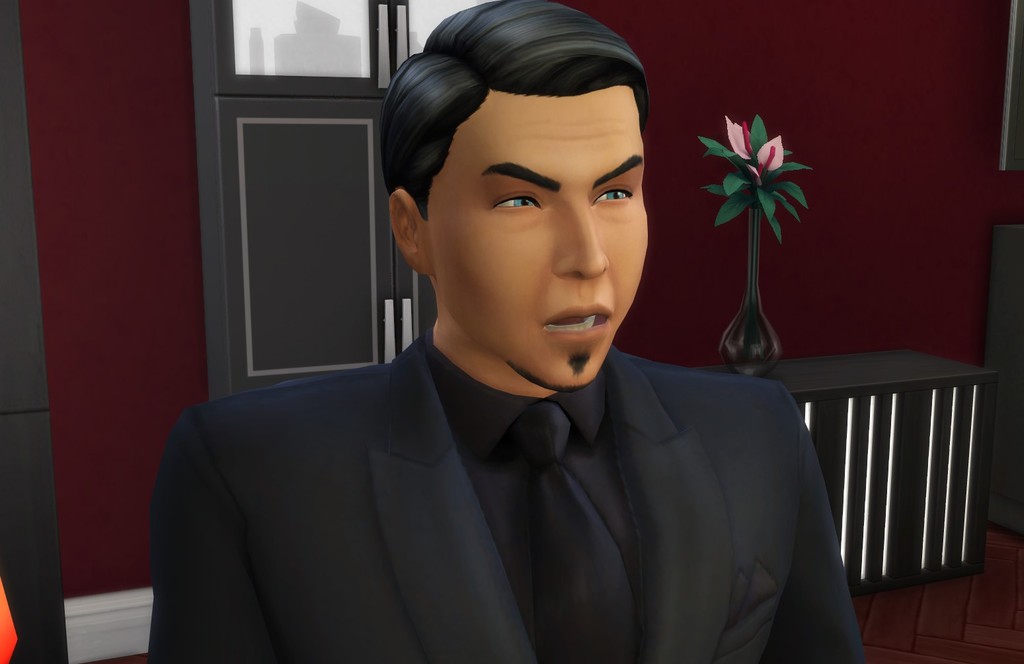 Pushing past me, he said, “Now, if you don’t mind, I have a beautiful woman that I’m being very rude to at the moment. Good bye, Knight!”

As I watched him leave, I plopped into the chair. I never thought about what Alex would want to do now. I mean, I hated to admit it, but Pops was right. Alex wasn’t the business type. He really hated wearing suits. And he loved working with his hands. What in the hell was I going to offer him instead?
​ 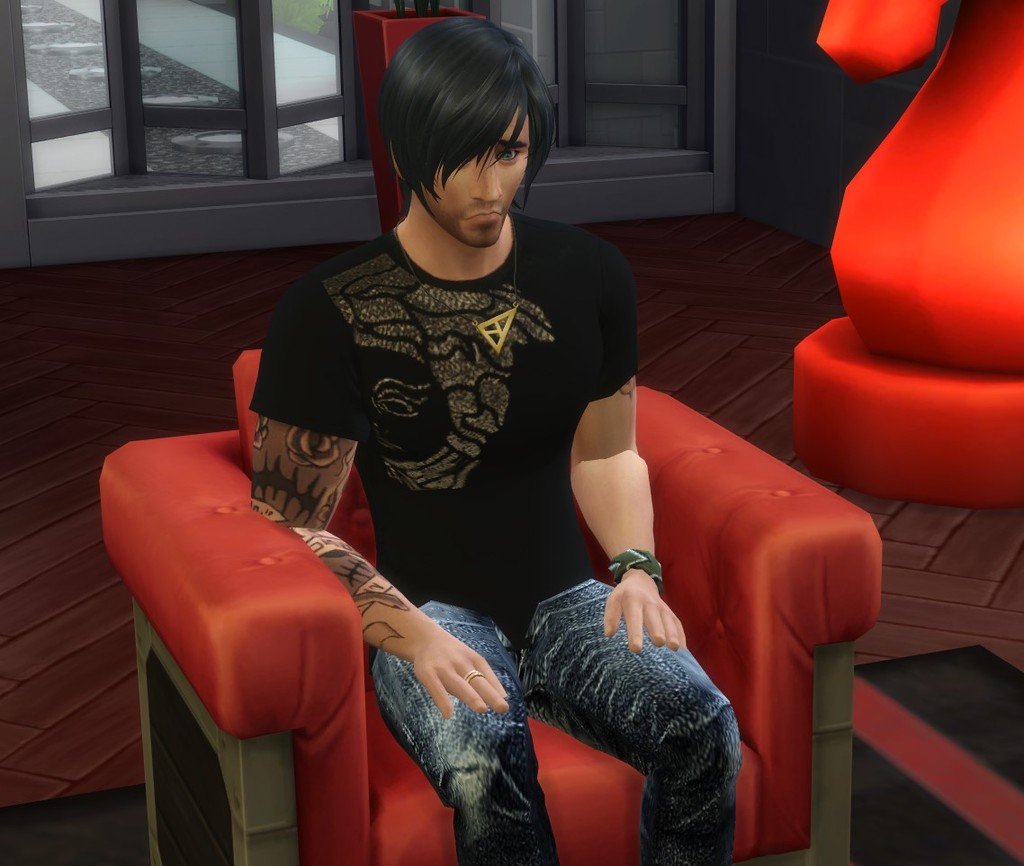 After a few minutes, I decided to go to my office and research something, some area Alex would fit.

But as I scrolled and researched, the only available jobs that didn’t require an education were janitors, wait staff, or cooks. And I knew Alex would not like any of those positions.

“Come on!” I yelled at the screen. “Give me something!”

Marco strolled in. “What’s pissing you off today?”
​ 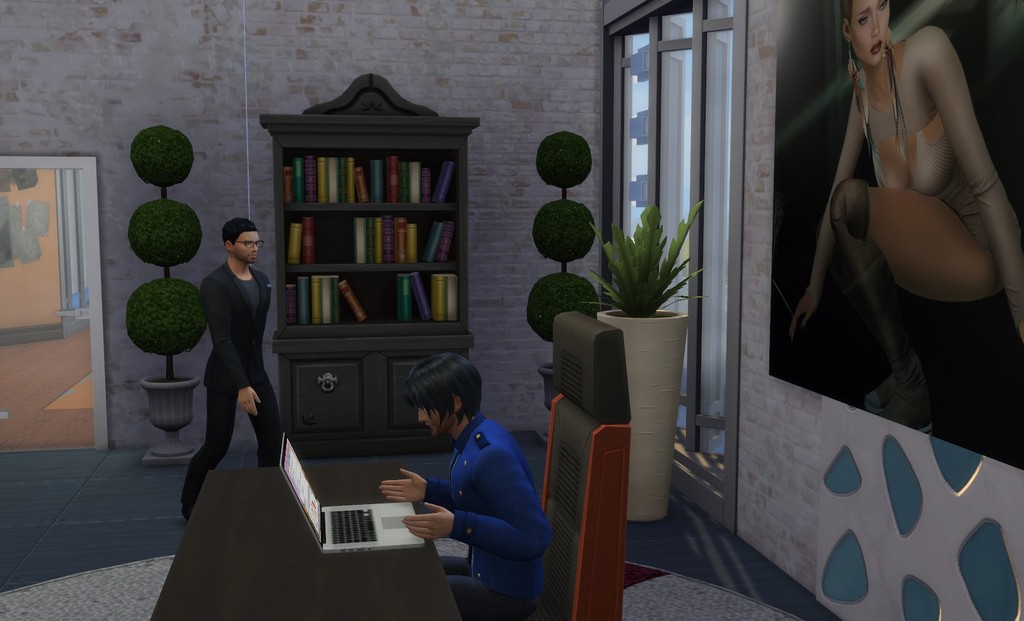 “Oh, I’m trying to find a job for Alex in our corporation, but without a degree, he’s kind of stuck.”
​ 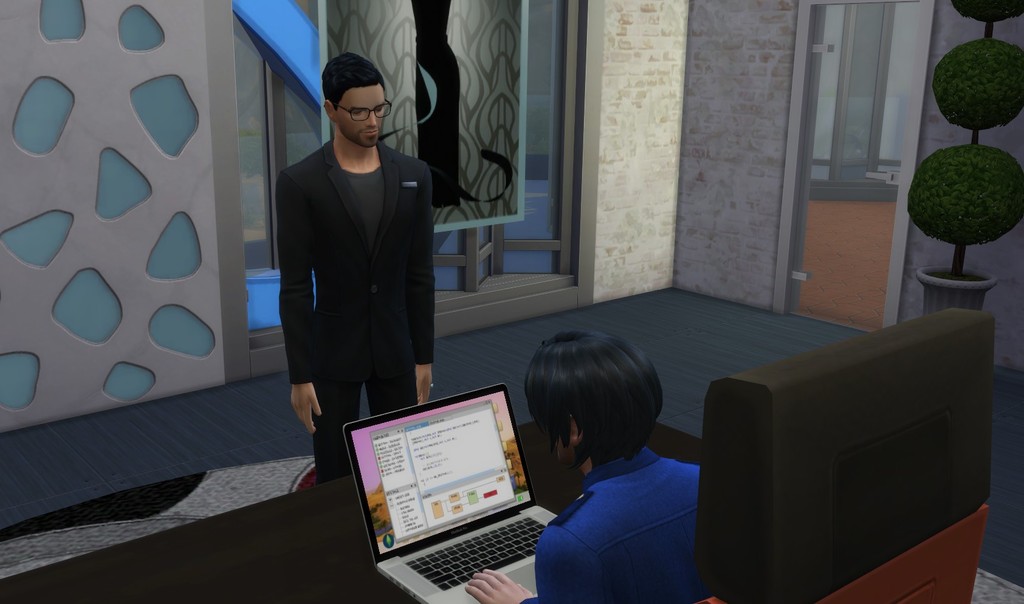 Marco raised his hands. “What’s wrong with him working for Antonio?”
​ 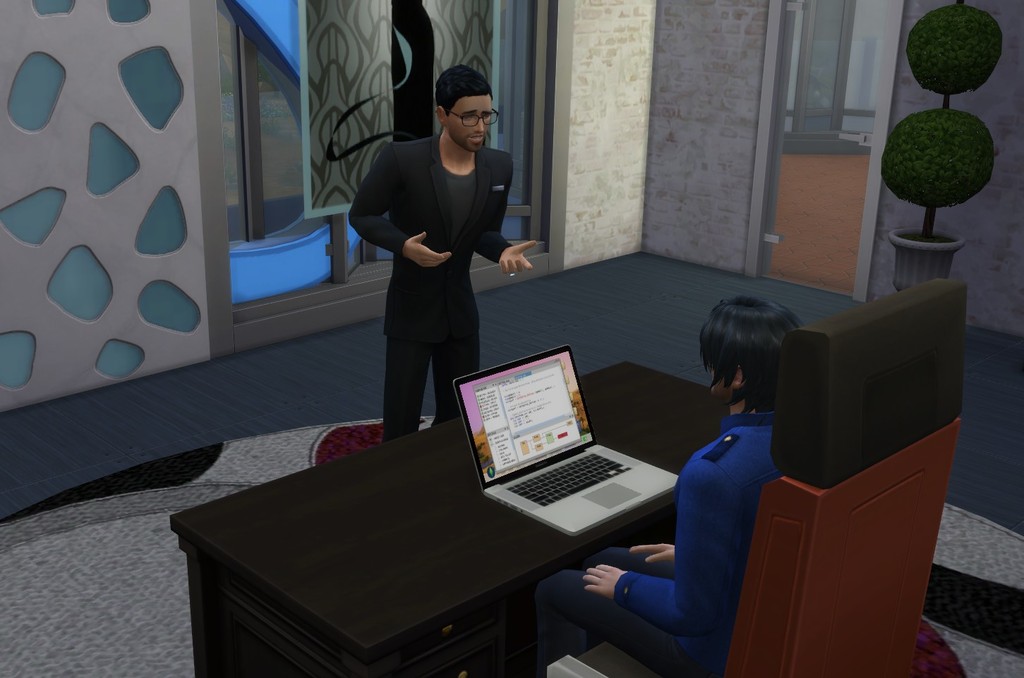 “Maybe because I don’t want his ass kicked.” 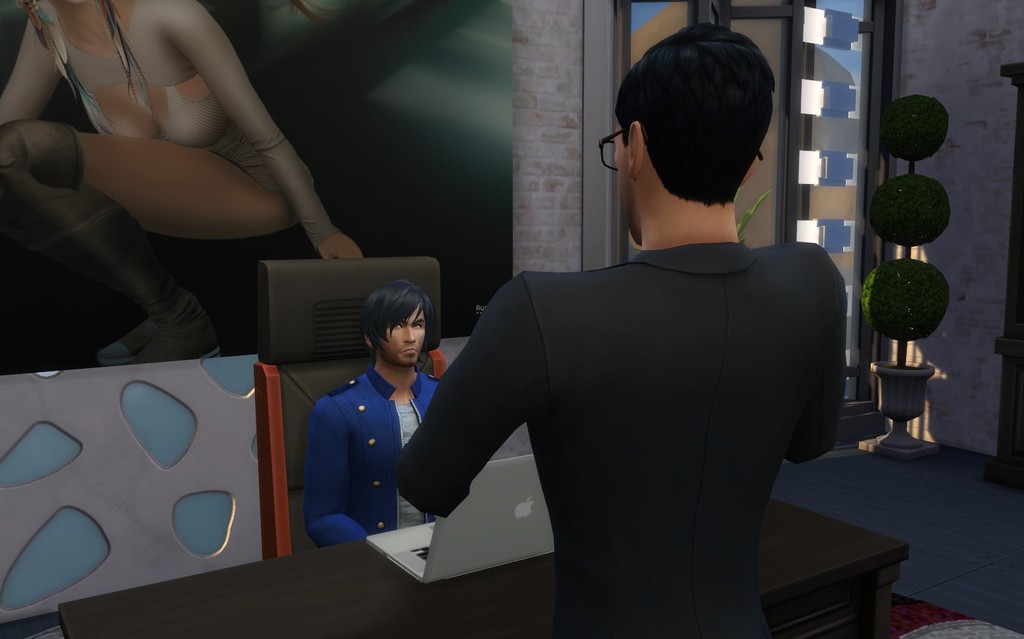 “Antonio asked me to check him out. I know his gender.”

Staring at him, I hissed, “Why did you keep it from me then? I mean, I would have liked to have known sooner.”

Shrugging, he answered, “Maybe because Alex asked me not to? I didn’t tell Antonio, though. Hey, why don’t we go get a drink? You look like you could use one. We can talk about it.”
​ 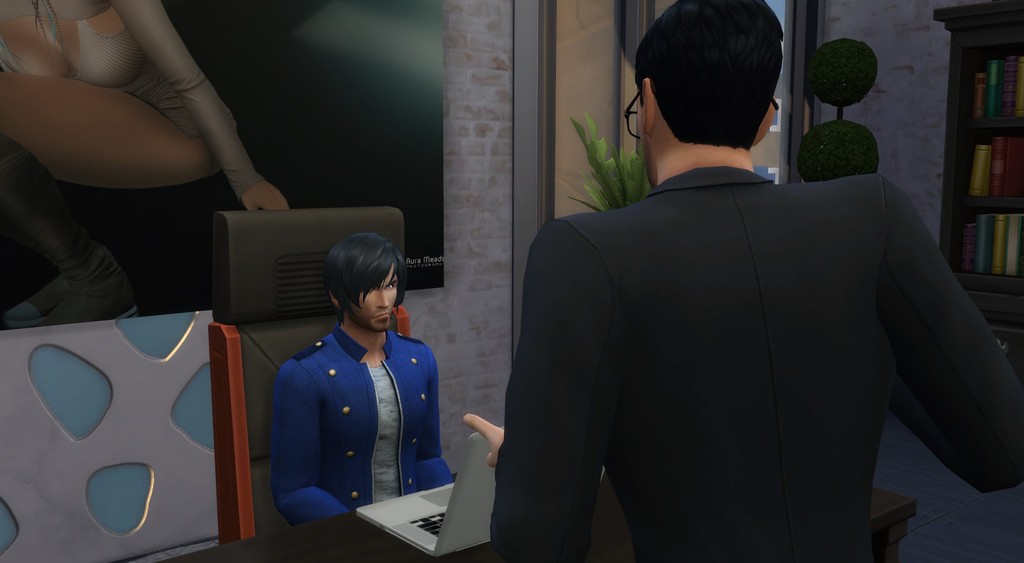 Shoving my laptop aside, I sighed. “Yeah. Looks like I’m not getting much done here. Let’s go to my club. I haven’t been in a while and the staff needs a little fear put in them when the boss shows up.” 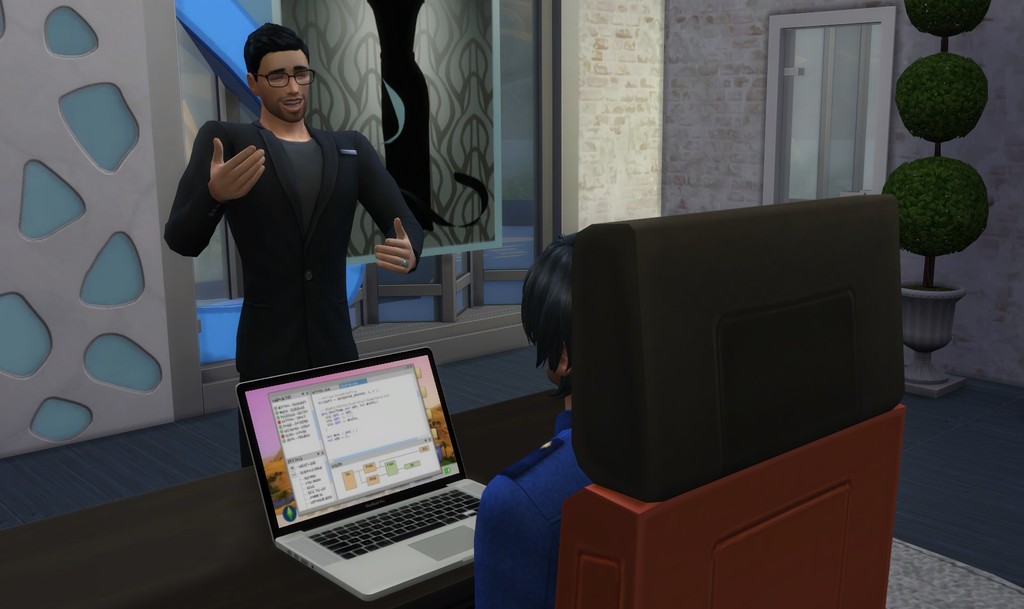 Knighthawk was a club Antonio bought Knight when he turned twenty-five. It always amazed me what the super rich did with their money. Instead of buying a normal gift like some golf clubs or socks, Knight got a nightclub.

The place was an amazing feat in architecture. Made with Knight’s usual chess piece statue Antonio liked to place everywhere, the roof was created to look like wings coming out of a stallion.
​ 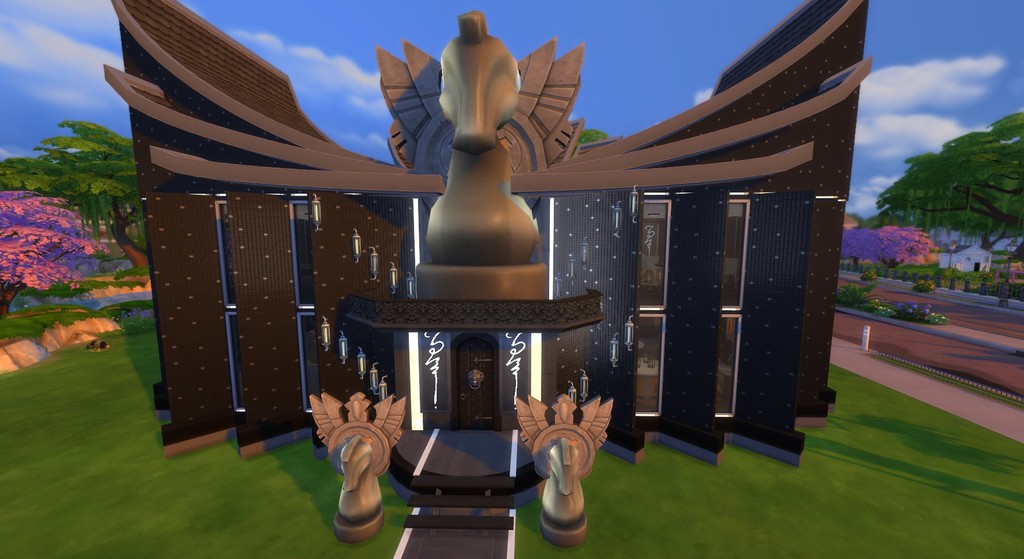 Without even glancing at the staff that basically toppled over each other to help him, Knight strode straight for the bar. Boy did he ever need a drink. I could just imagine what must be going through his mind. Not only was Knight just processing that he might be gay, but now he finds out his boyfriend was actually a girl. It honestly blew my mind.
​ 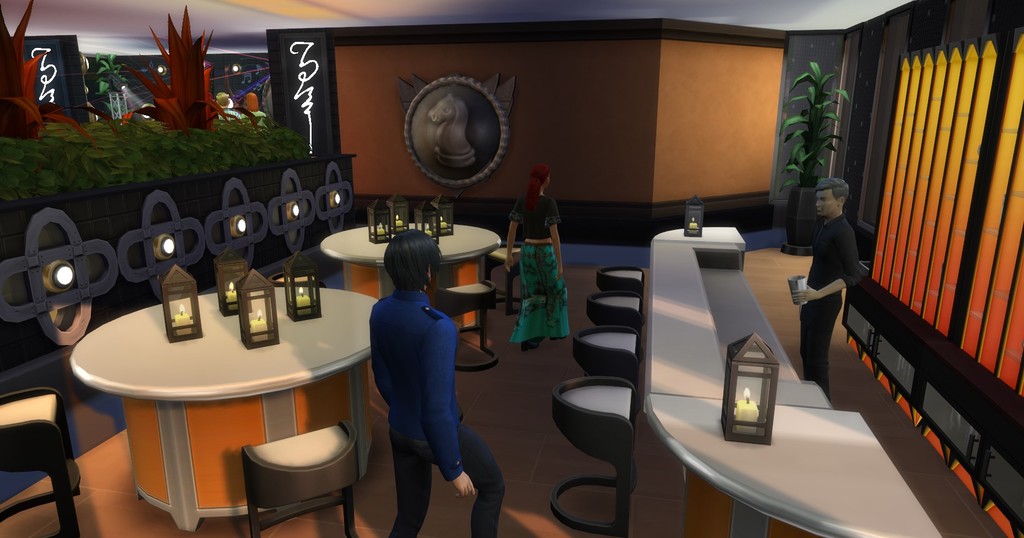 After the bartender took our order, I asked, “So...how did he tell you?”

“Do it?” I cringed, thinking how awkward that must have been. “I don’t get how you didn’t figure it out sooner. I mean, you’ve been so close.”
​ 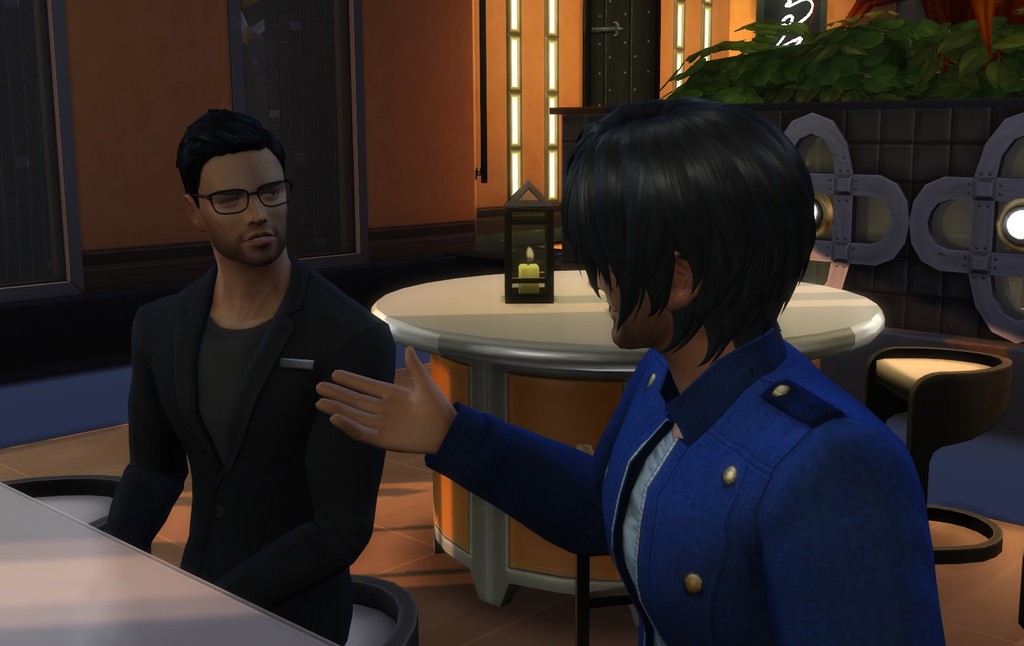 He shrugged. “Well, Alex doesn’t have...um...breasts. His top is just like ours so yeah, I couldn’t figure it out until...later.”

This revelation shocked me. “He’s had work done then?”
​ 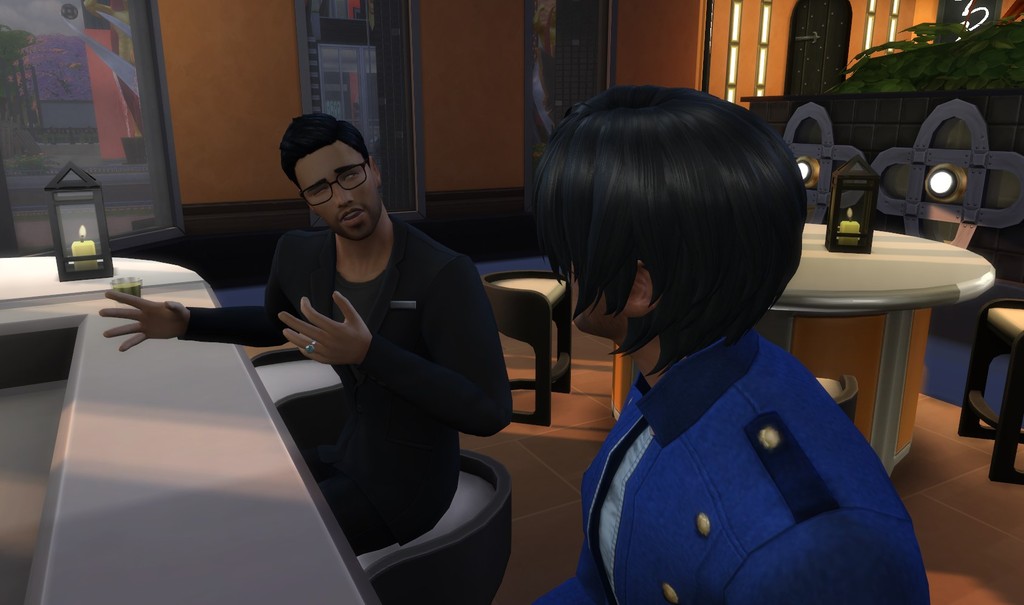 “
Must have. I didn’t ask him about it, though. I mean, we kind of had a fight and then it was really emotional for him. He’s in a huge identity war with himself. I just listened to him. I couldn’t even process it much except that...I don’t know. I sort of like it this way.” 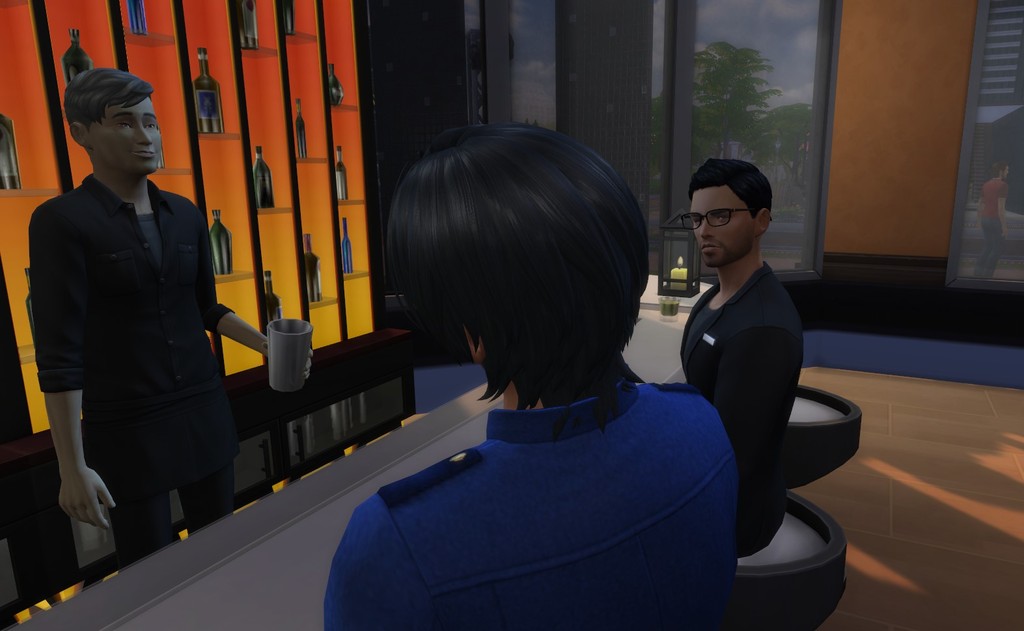 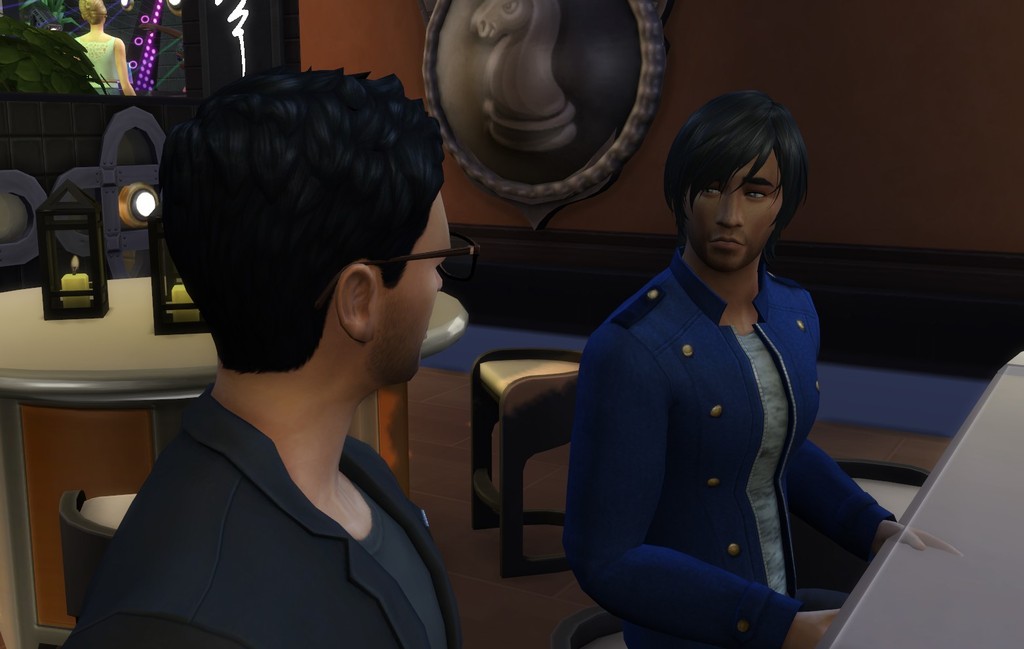 I took a large pull on my drink. This was difficult for me to understand. My best friend in the world is admitting he’s homosexual. The guy who sometimes dated five girls at once. He was the last person I’d ever imagine would be gay. But this...this is something totally different. Does it even happen? “I wonder why Alex doesn’t like girls.”
​ 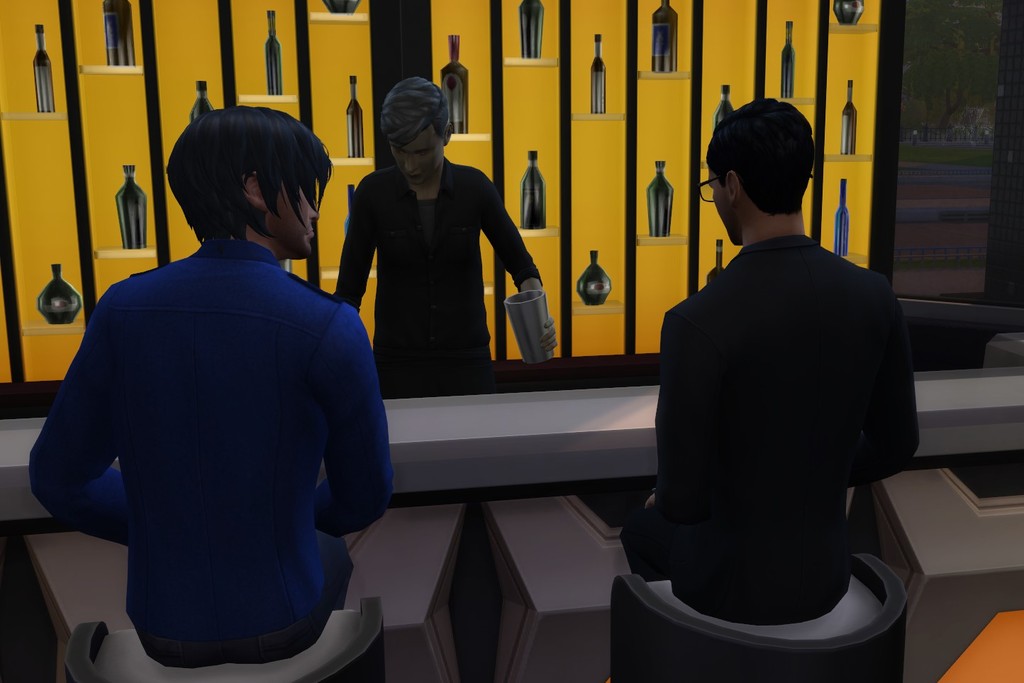 “Maybe for the same reason I don't. Not sure. We haven’t talked about it. I will, though. Probably tonight. Which reminds me. Alex texted that he’s at his new place and wants me to go over.” He downed his drink and said, “Thanks for listening, Marco. And hey, if you get an idea on what Alex could do in the corporation, let me know.”
​ 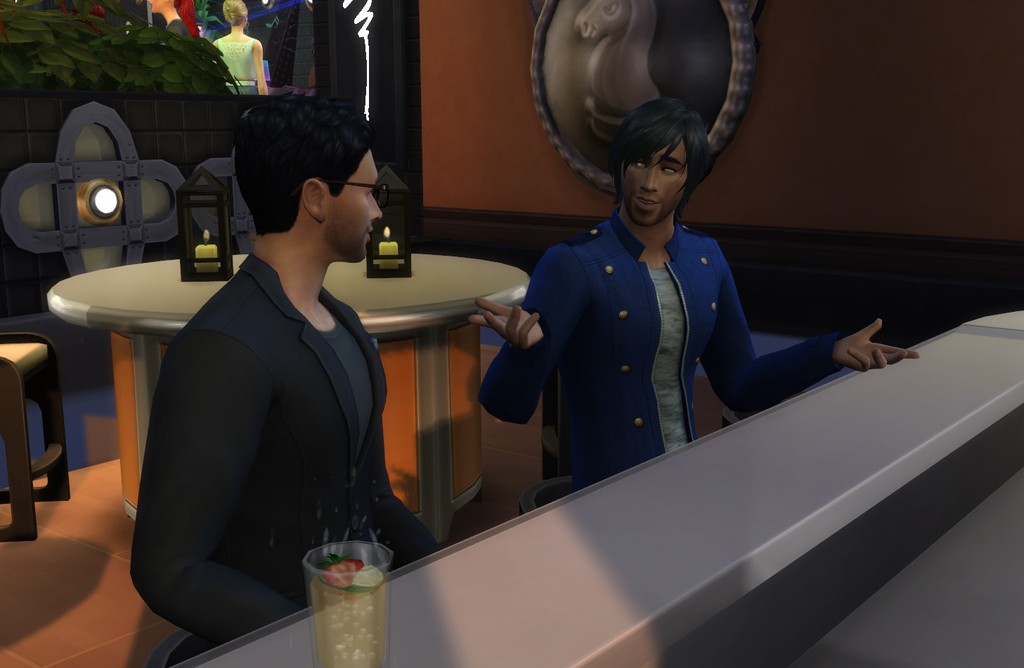 I watched as he meandered through the growing crowd of people to the front door. I said to myself, “You should let him help us fight criminals, Knight.” But I knew he wouldn’t listen to me.
Author's note: Thank you to Maladi777 for allowing me to fulfill her fantasies about Tony with her simself, Jianna Swinwood (fake name she made up!)

And an enormous thank you to the talented, most awesome designer in the world, RABOOSKI for thinking up and creating this wonderful nightclub. It's AMAZING!!! Click to download: KNIGHTHAWK
Powered by