I had a long argument with myself on whether or not to approach Mr. Twains about going to San Myshuno, and all I could come up with was that I had not been acting like myself in all the days I’d come to this magazine. Where was that fearless girl who had stood up to the likes of Lana Richardson, caring not even for her own neck, just standing up for what was right? She had been buried deep. Mainly for survival. But not anymore. I’d decided even if that jerk Jason Twains did fire me, it would be for the best. I needed to get another job anyway. And if it took waiting tables in the interim, I’d do it.

My boots clicked heavily over the iron steps as my resolve strengthened. 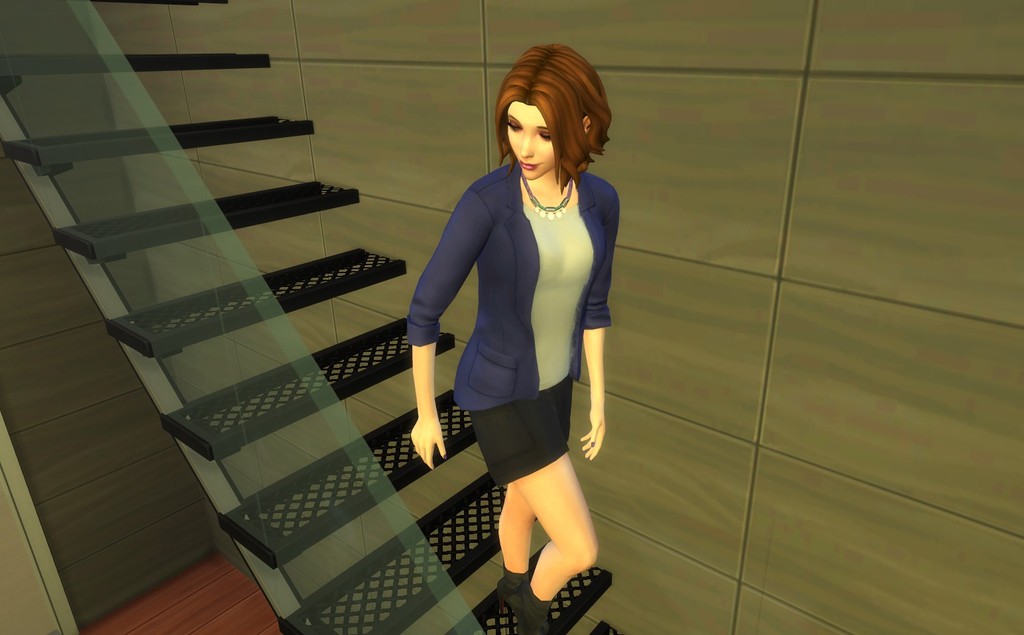 Taking in a breath, I pushed open my boss’ door and took a seat, head held high.

“You better have a damn good reason for barging into my office early.” Twains glanced up for a second then went back to his computer. “And without my coffee.” 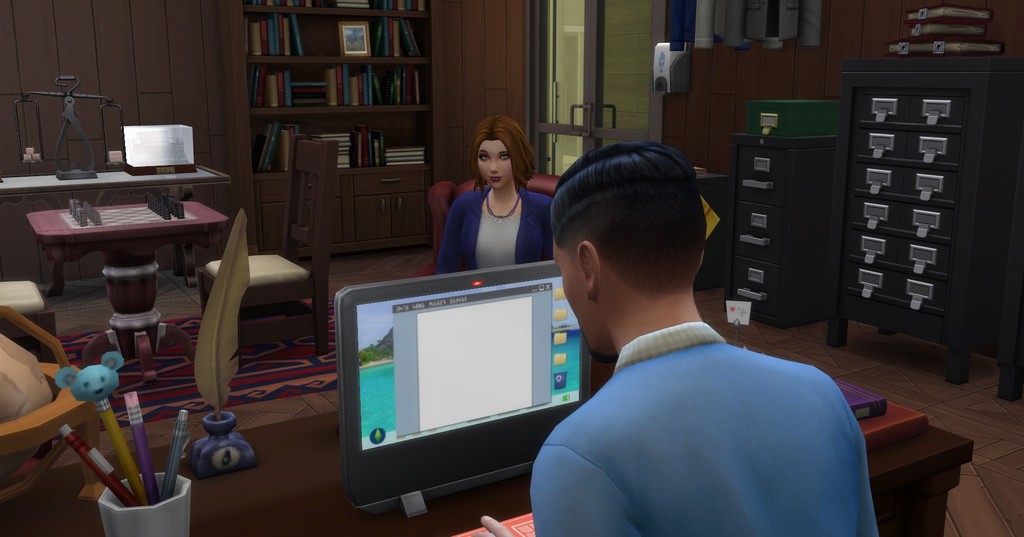 Swallowing, I pressed onward. “Cullen wants me to take his place covering the Llama Kings. He was right. I do know Jackson Day.”

Finishing up whatever it was he was doing on the computer, he didn’t respond. Finally, he stopped typing and said, “And I know Snoop Dog. Too bad he doesn’t know me.” 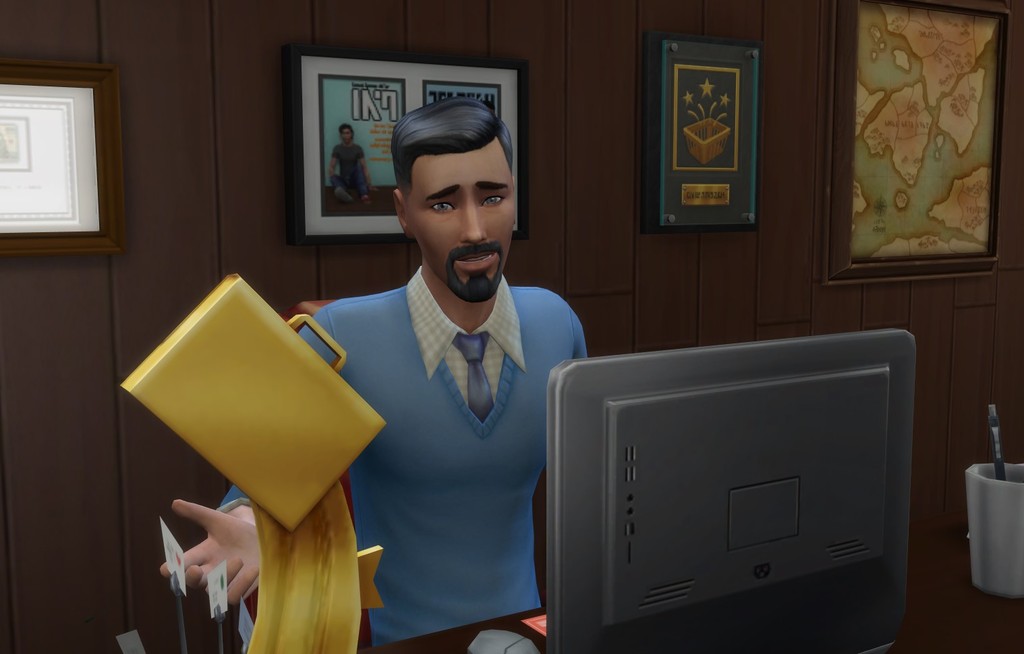 “I’m serious, Mr. Twains. I went to high school with him my senior year. I was an exchange student at the time and we became close friends. I even helped his dad, Alex Day, in an investigation against Lana Richardson. I was kidnapped of all things, in a sting to nab her.” 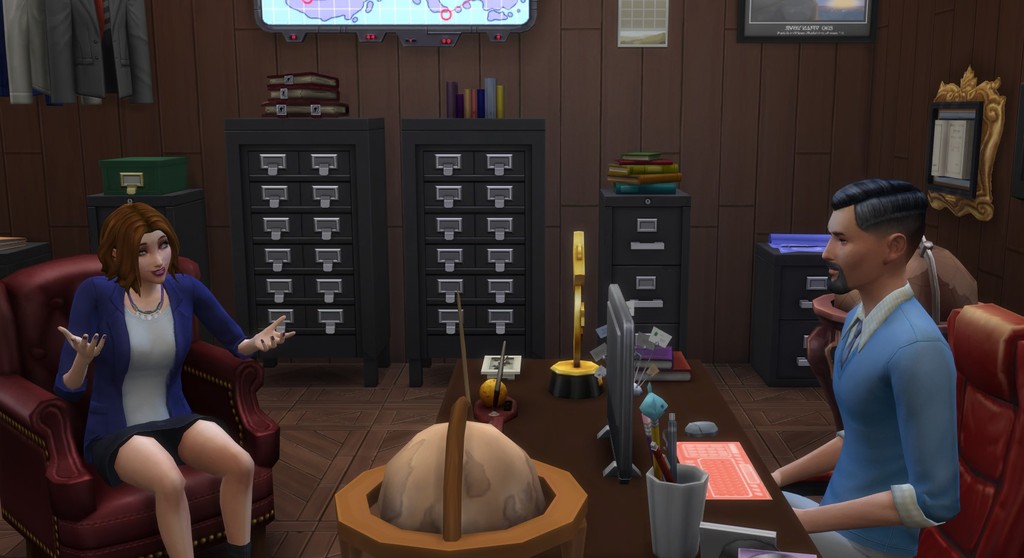 He looked me up and down for a moment then burst out laughing. “Oh, girl, that was good. Y-You almost had me there...hee, hee! Alex Day...ha...ha...sting operation...hee...you know...” he wiped a tear, “you’ve missed your calling. You should have been a novelist! I think it pays better than my rinky dink magazine. Ha...ha...”

I stared him down. He wasn’t going to get away with patronizing and bullying me. “Do you need proof?” 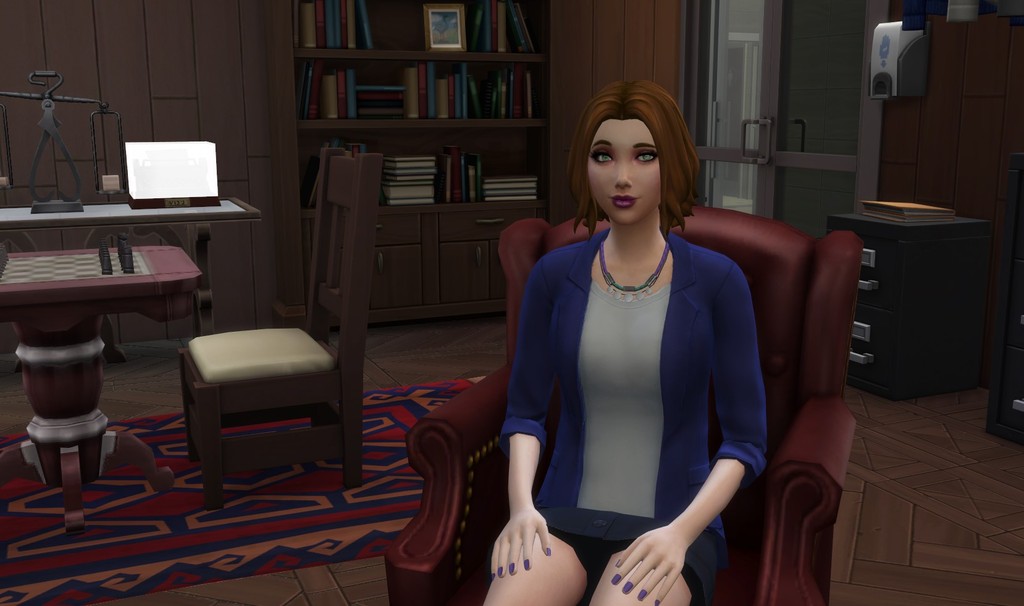 After he’d calmed down, he said, “Sure, sweetheart. I’ll indulge you. What kind of proof can you give me?”

“Alex Day produced his movie about that dystopian world. It was called Disorder. Did you ever see it?”

“The whole world saw that. What’s your point?”

“Do you remember the android, Zip? Alex gave me her original outfit. No one else besides the Simsonian Museum has another one. And it’s real. It even has an electrical outlet hooked up to it. No Spooky Day costume could ever come close to being this authentic.”

He laughed. “Fine. You come in tomorrow morning in that get up, and I’ll let you go. But there’s one condition. Get me an exclusive with Jackson Day. If you think you’re such good pals with him then you can get what the world can’t.” 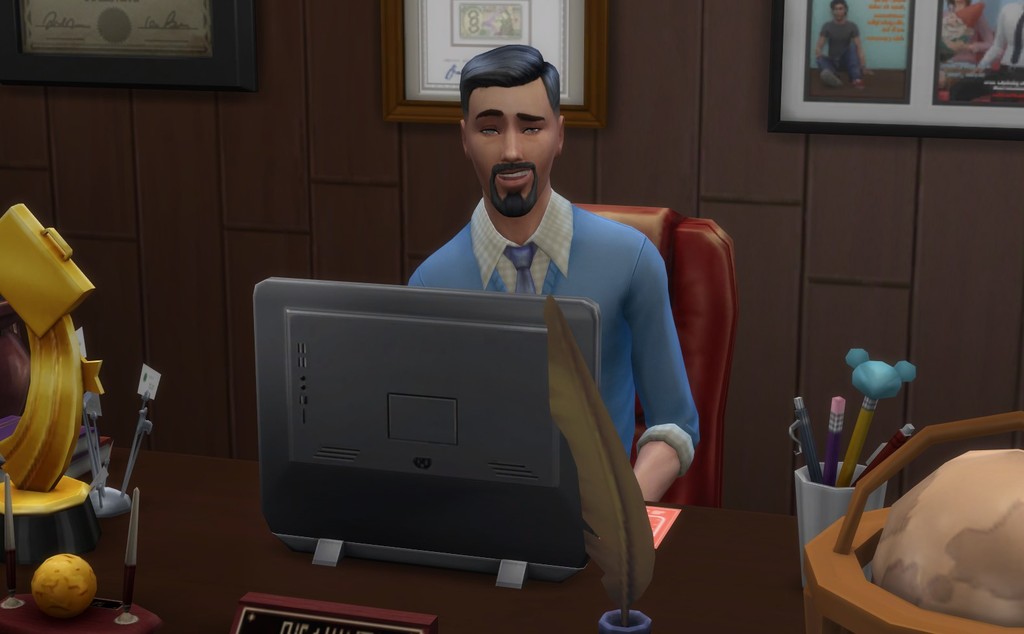 My heart sped up. “B-But Mr. Twains! Jackson hates our magazine ever since you guys published a fake article about him hooking up with models in Windenburg years ago. He’d never agree.”

He went back to typing. “I guess you don’t know him as well as you say.”

Fuming, I marched out of his office.

Paul wouldn’t let up on me, saying I had to do it. And he even said Jackson wouldn’t say no to an interview. “Come on, Luci,” he added. “What do you have to lose?” 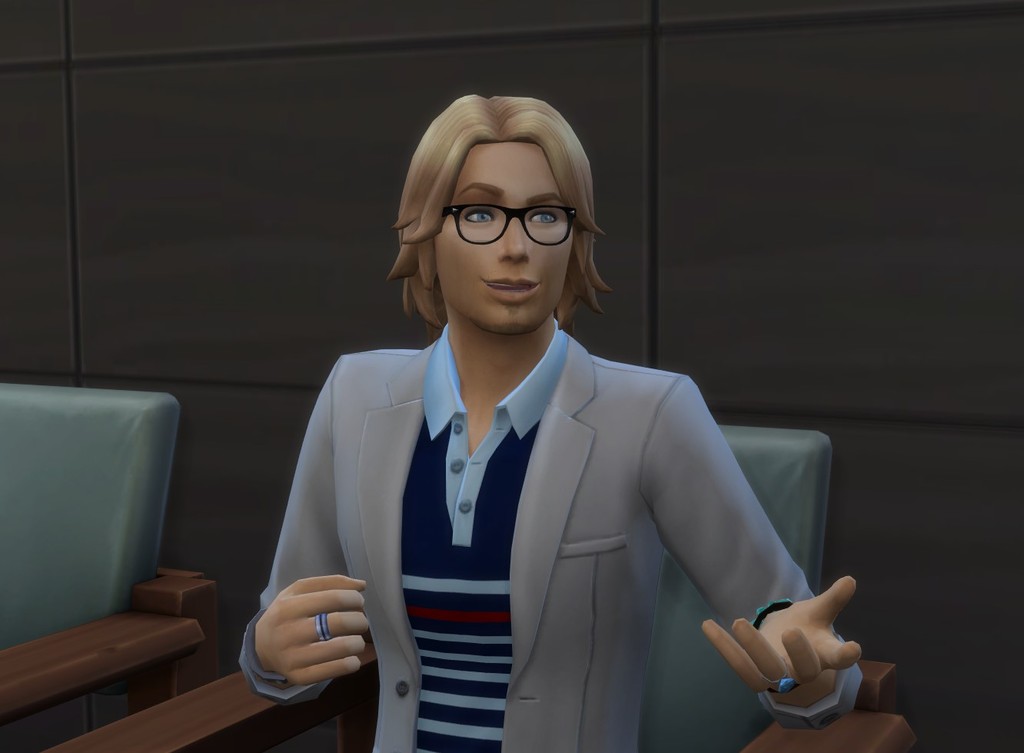 He was right. I had nothing but my pride to lose and what good was pride anyway? It didn’t pay the bills. I figured I’d get on my hands and knees if I had to. Surely Jackson wouldn’t say no to that.

Oh, who was I kidding? Jackson might not even remember me. I thought back then that he was from Mars and I was from Venus, but now? We were from two completely different universes. He was a zillion miles away from ever being my friend again. How was I going to even get a back stage pass?

But I wasn’t going to give up.

The next morning, I came into Twains office as he’d requested. 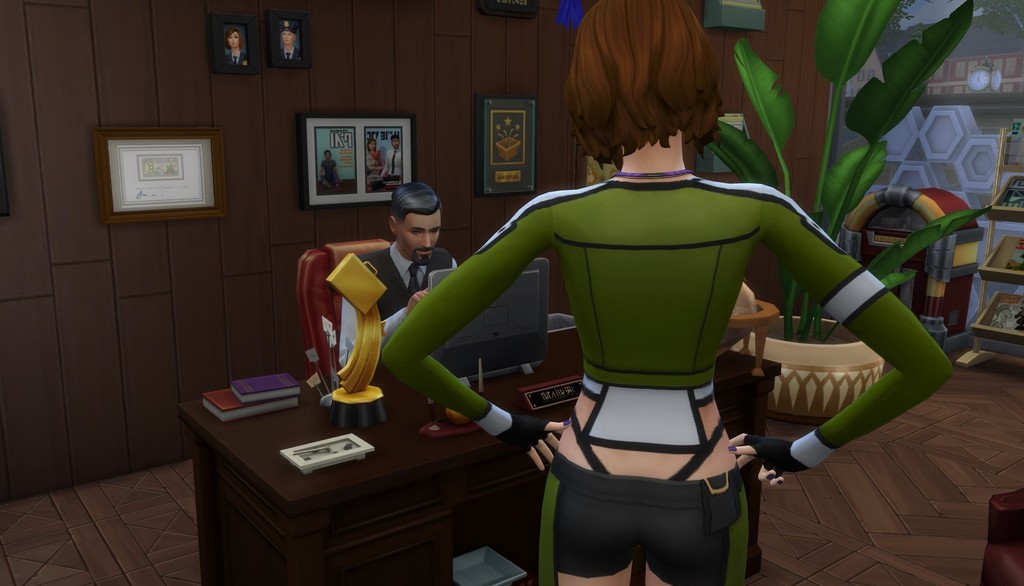 He didn’t even notice I was there, but I didn’t say anything.

The look on his face when he got up to pour more coffee was worth all the simoleons in the world. 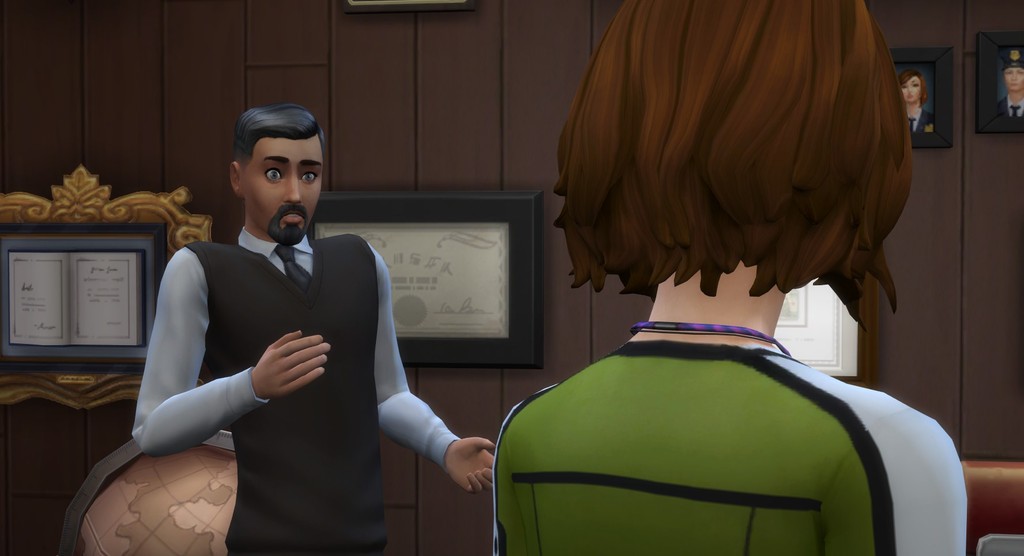 Jackson Day, get ready. Luci Mueller was coming to town. 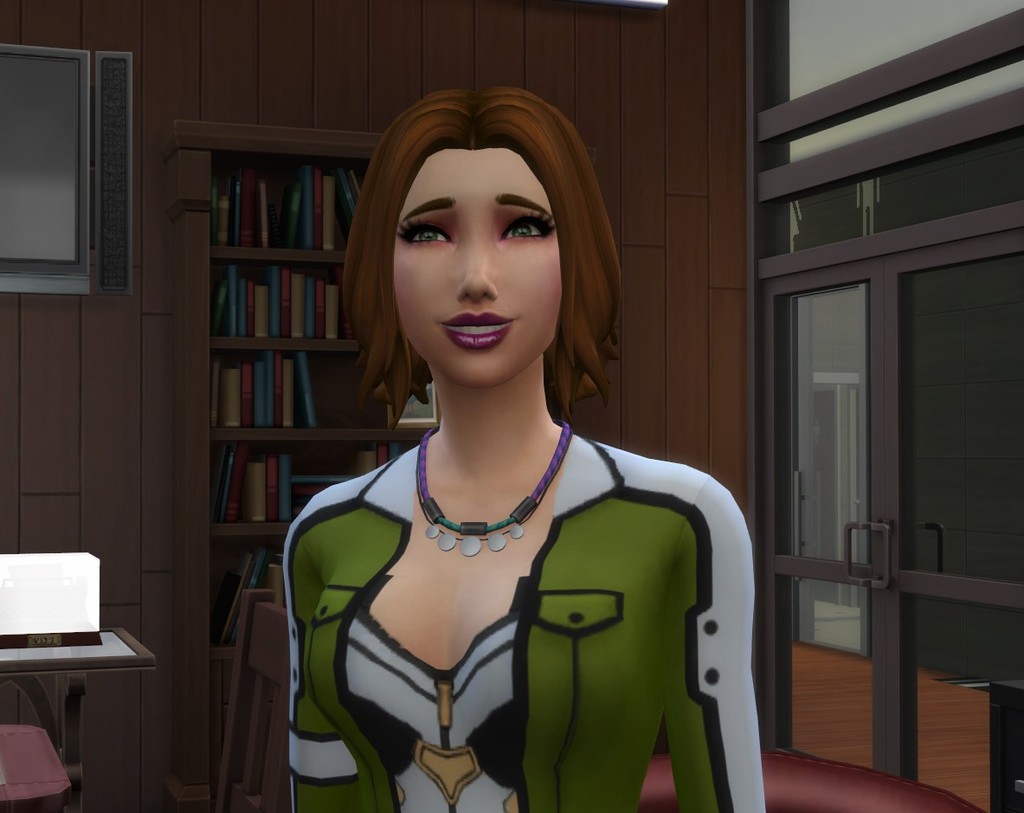 We were all dressed and ready to go to the Governor’s Gala. Governor Tact wanted to give us an award for Best Band of the Decade. We were also supposed to perform one of our new ballads entitled, Stained. It was an acoustical, and I was so stoked about revealing it. I felt it was a great blend of our metal sound mixed with a dash of folk. Something that hadn’t been done before. This was a busy weekend. The gala was tonight and then tomorrow was our premier event, kicking off our new album at the biggest outdoor theater in San Myshuno, Starlight Park.

Then I noticed Dad was buzzing my phone. I hoped he wasn’t cancelling. I hadn’t seen my parents in months. “Hey, Dad. What’s up?” 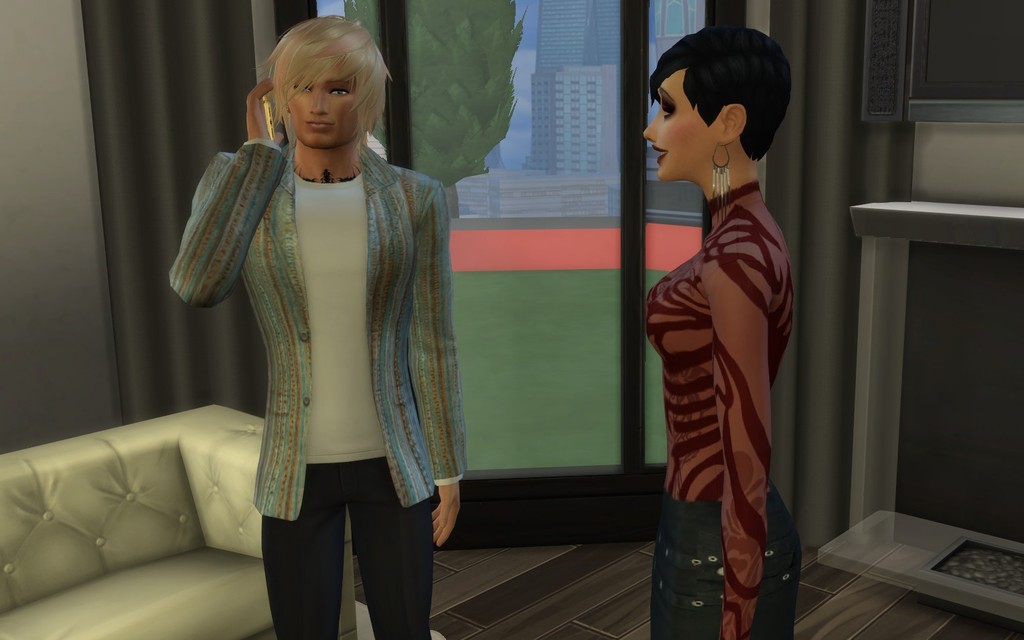 “Jackson,” my father’s worried voice rang out on the other end, “it’s Dakota. She’s run away.” 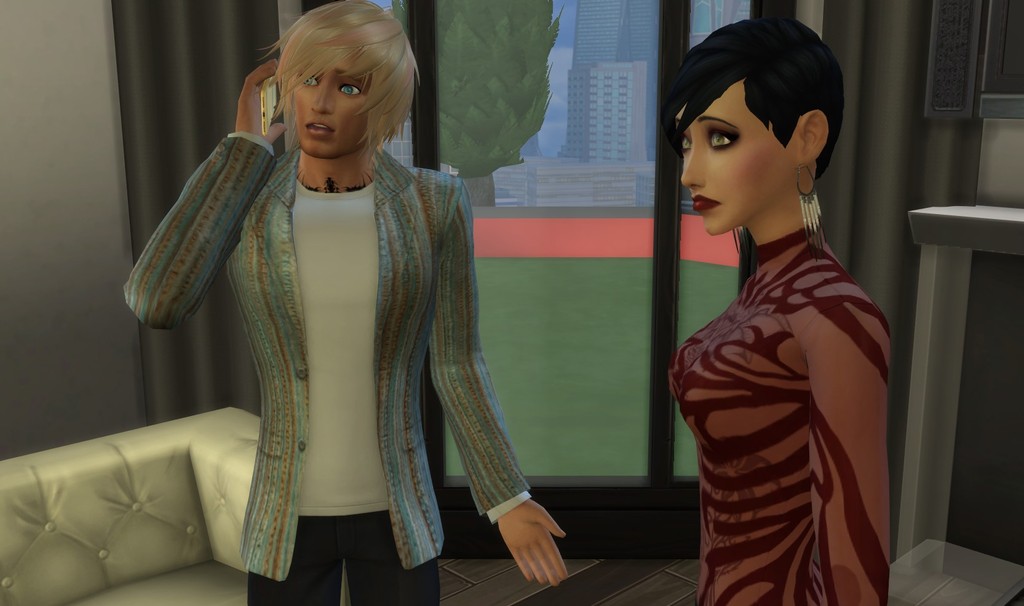 “She had a knock down blow out with Pops. Can you help us? We’re at our wits end. She’s been gone all day and none of her friends have heard from her.”

“Dakota ran away. I’m going home to find her.” 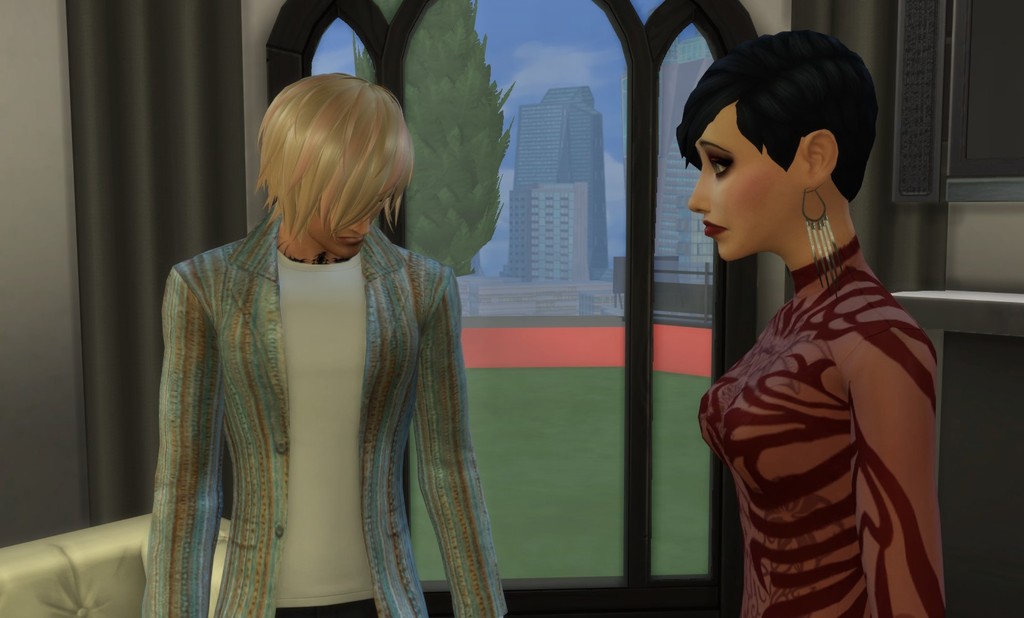 “But Jackson, the gala. Our performance. You can’t miss it.” She glanced at her watch.

This angered me. “Oh, so you want me to go to the gala instead of finding my sister?”

“We have a commitment,” she countered. “You know your sister will come back. She’s a bit of a drama queen.” 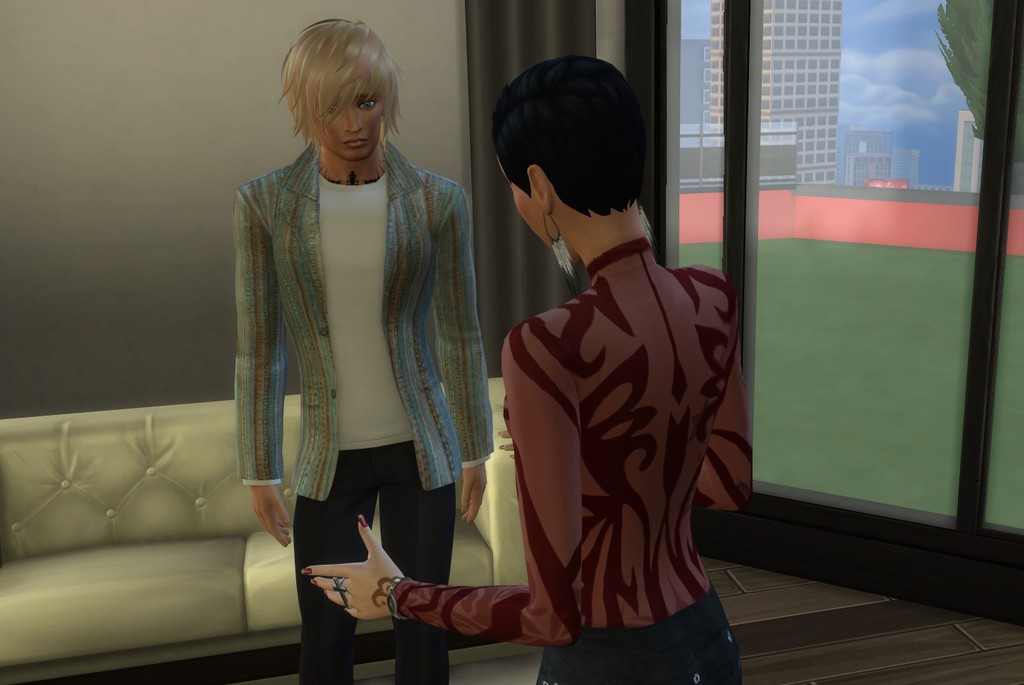 I shook my head. “My dad wouldn’t have called if it wasn’t important. I’m going. You can play a recording of our song.”

I wasn’t going to listen to any arguments. Mako never understood family ties since she wasn’t that close with hers.

I figured Dakota was probably at our secret place we’d found as kids. She couldn’t drive yet, so where else could she go? My family lived in the country on a lake. I didn’t tell Dad because I thought she’d want to talk to me without their intrusion.

Sure enough, there she was, sitting under a tree, crying. 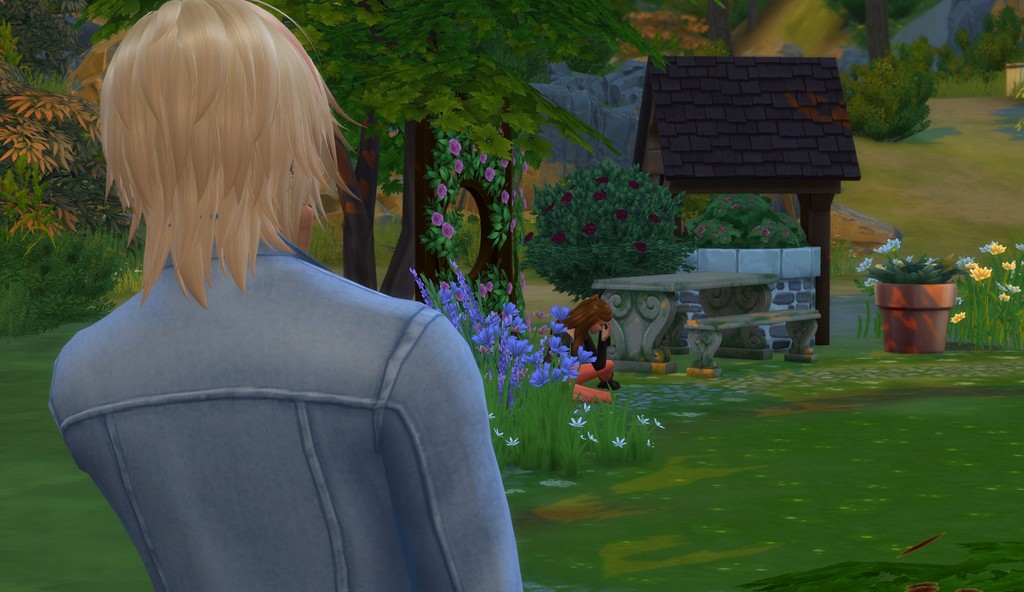