I always loved going to Daddy's penthouse. It was much smaller than Mother's but it was warm and comforting. I guess because he decorated it with things he cared about--his music, pictures of his children and his fathers. At my other house, it never changed since I was little--it didn't have much of my dad in it in the first place.

It was all about Mother.

Pouring a hot cup of tea, Daddy asked, "So...what's been up with you lately? Any boys I might have to kill? Teachers I'll have to fight?"
​ 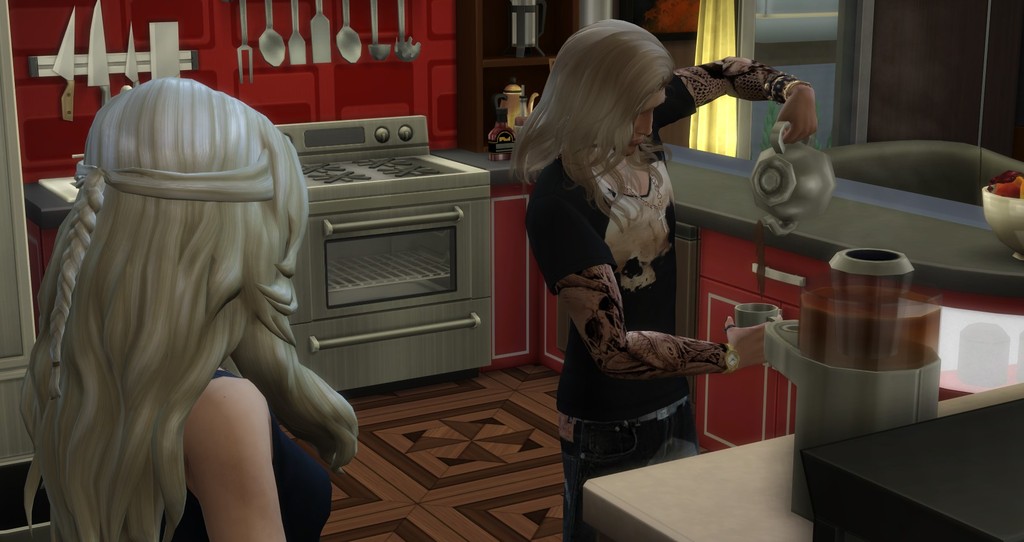 "No boys. And it's summer, so I don't have to deal with teachers. But how about a stepmonster you could make invisible." I waved an imaginary wand. "I really would appreciate it." 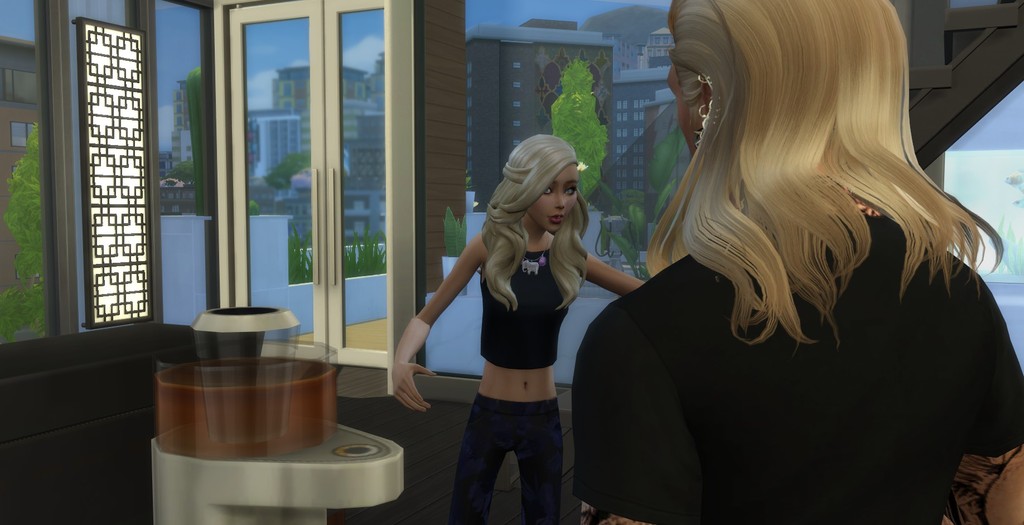 He lifted the side of his mouth. "Crystal still being a pain in the ass I take it?"

"That's an understatement. Do you realize she demanded to sleep in my room now when she stays over because it's 'not fair' that I have two bedrooms, one here and one at Mother's, and she doesn't? I now am relegated to a cot in the gameroom." 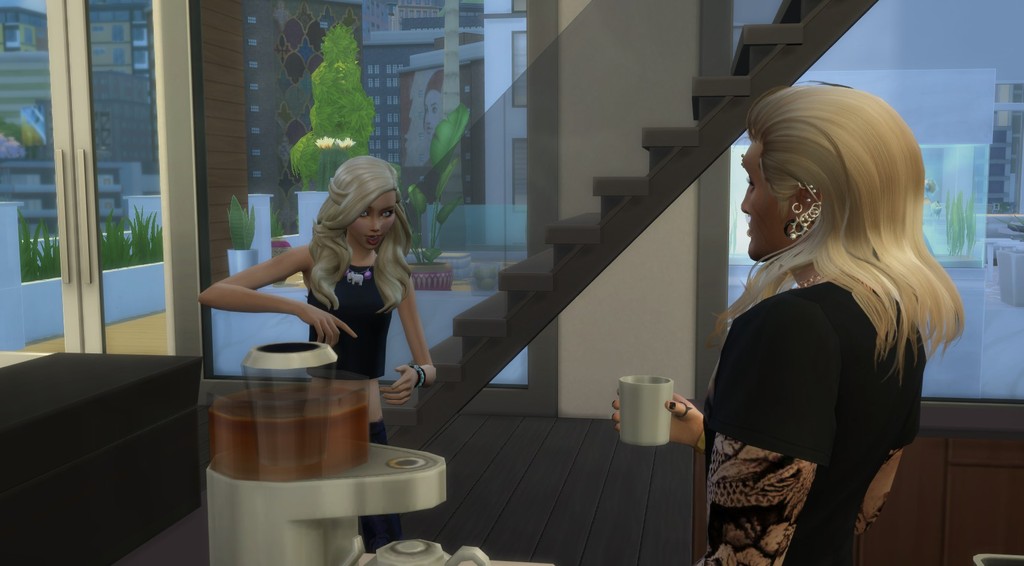 ​"She won't do anything. You know that. Pax parents his daughters and she parents us. Thank God he's not over me."

Something hardened on Daddy's face when I mentioned Pax. I wanted to take back the words. I knew just the thought of Pax's name hurt him, so I decided to change the subject. 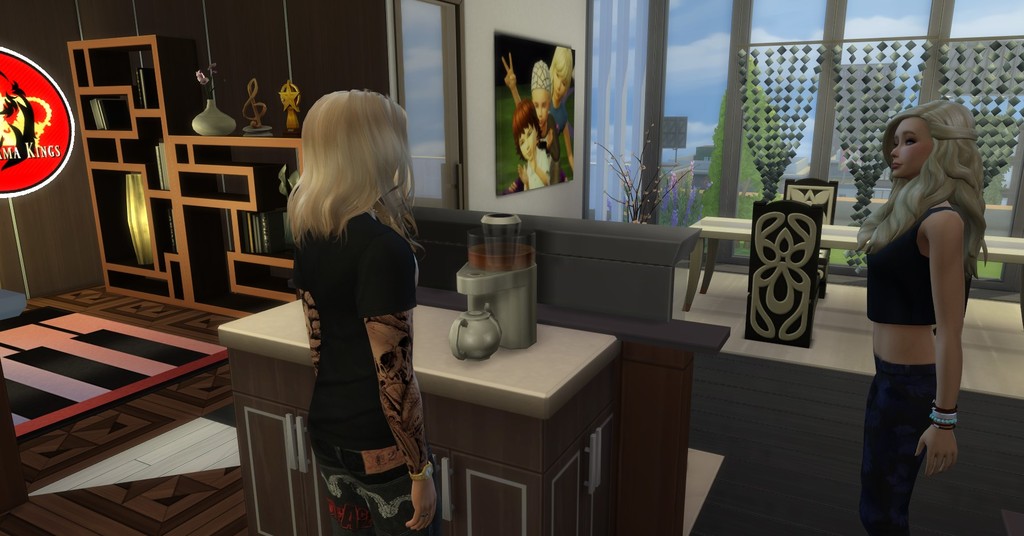 Walking upstairs to the music room, I sat on the piano bench and started playing. It was hard for me not to feel emotional when I heard it. Especially with Daddy watching me. But as the notes danced through the air, I forgot all about Daddy even being there, and I sank into the melody, getting lost in it.
​ 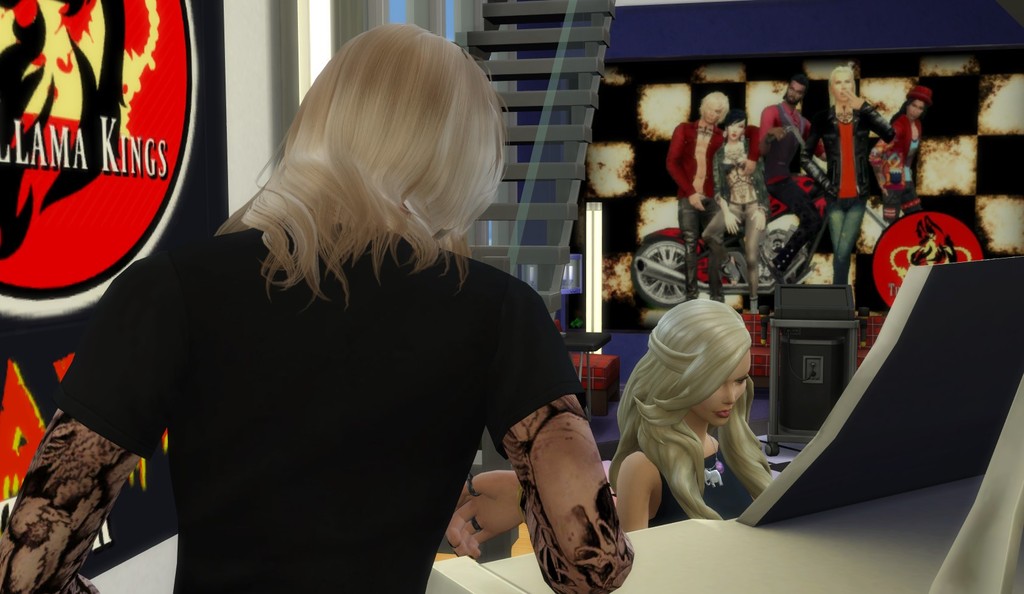 When it was finished, Daddy said, "Wow. That was..." He had to stop, looking away. Swallowing, he said, "Are you sure you don't want to do this as a career? You have real talent, sweetheart. Way more than me at your age." 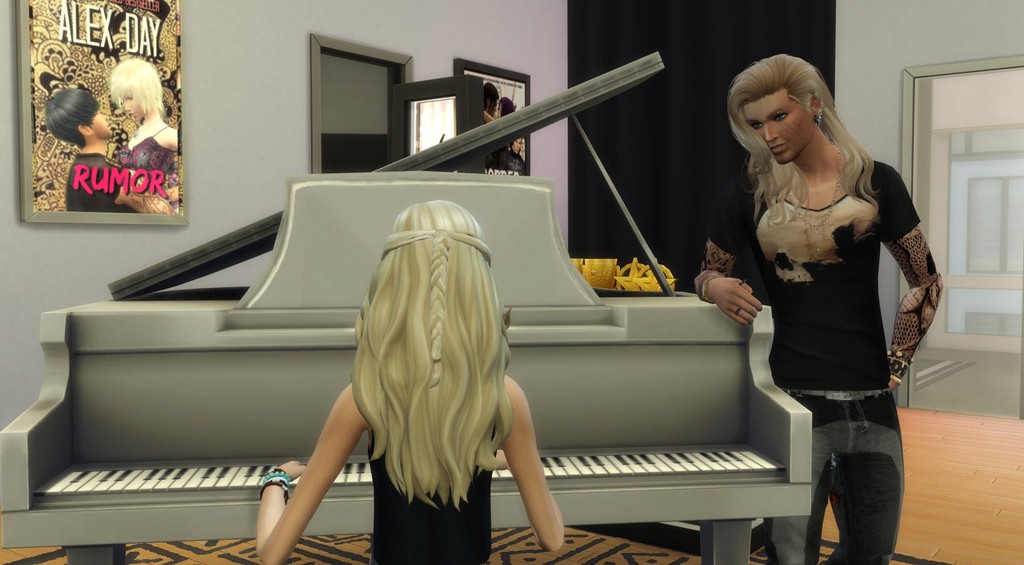 Thinking of traveling and doing what Daddy does made me cringe. I couldn't work like that. Become a gypsy. I wanted to be settled in life. Have a family that didn't break apart. I wanted to be home all the time. But I couldn't say that to him.

Gazing up at him, I smiled. "I could never be as good as you, Daddy. And besides. I love just playing and writing. I don't need to take it anywhere. You know?"

He nodded. I could see a bit of guilt flicker in his eyes, and I hated that. "Play me my favorite," I said.

"Never." It was a lullaby he wrote when I was born. A song no one had ever heard before. It was just between me and him, and I cherished it. It would have been a hit ballad, I knew, but I wouldn't share it with the world.

Switching places, Daddy's fingers glided over the keys, pressing the soft opening chords. They put me into a peaceful trance, immediately.
​ 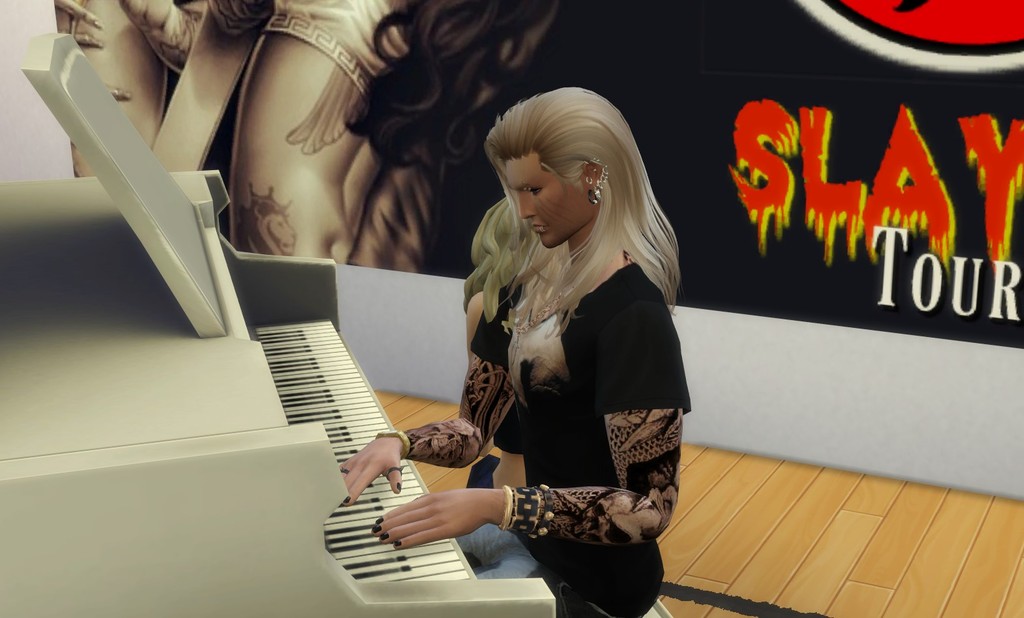 As he sang to me, I snuggled back onto his shoulder.

I didn't want to ever go back to that sterile place of my mother's. I only had two days to spend with him. I had to savor every moment. 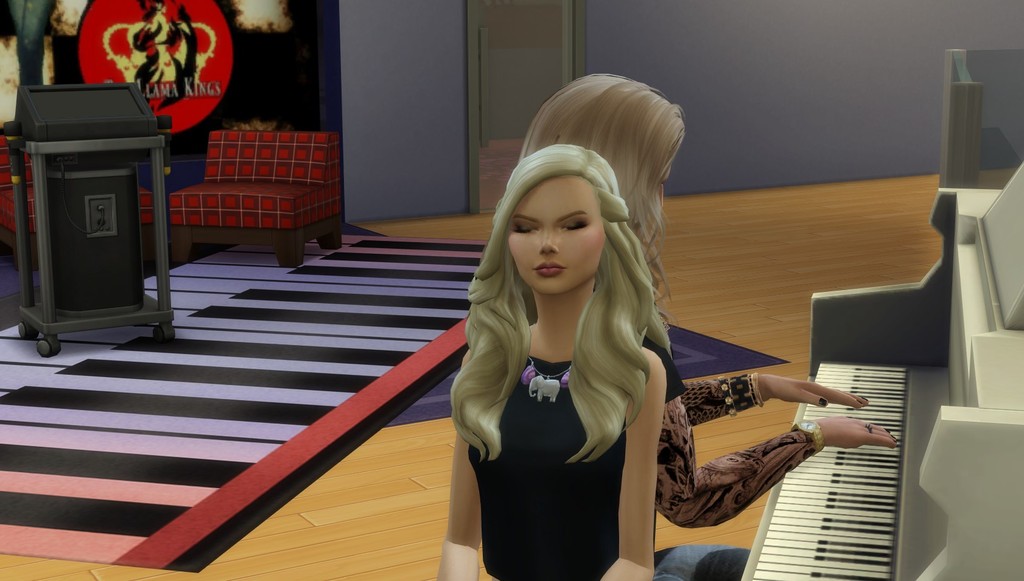 The weekend zipped by and before I knew it, I was back facing one of my stepmonsters. Amelia. This girl was what you'd get if you crossbred Godzilla and the raptor from Jurassic Park. Yeah. That bad. Worse than Crystal. But since she was younger than me, I didn't have to deal with her. Much. 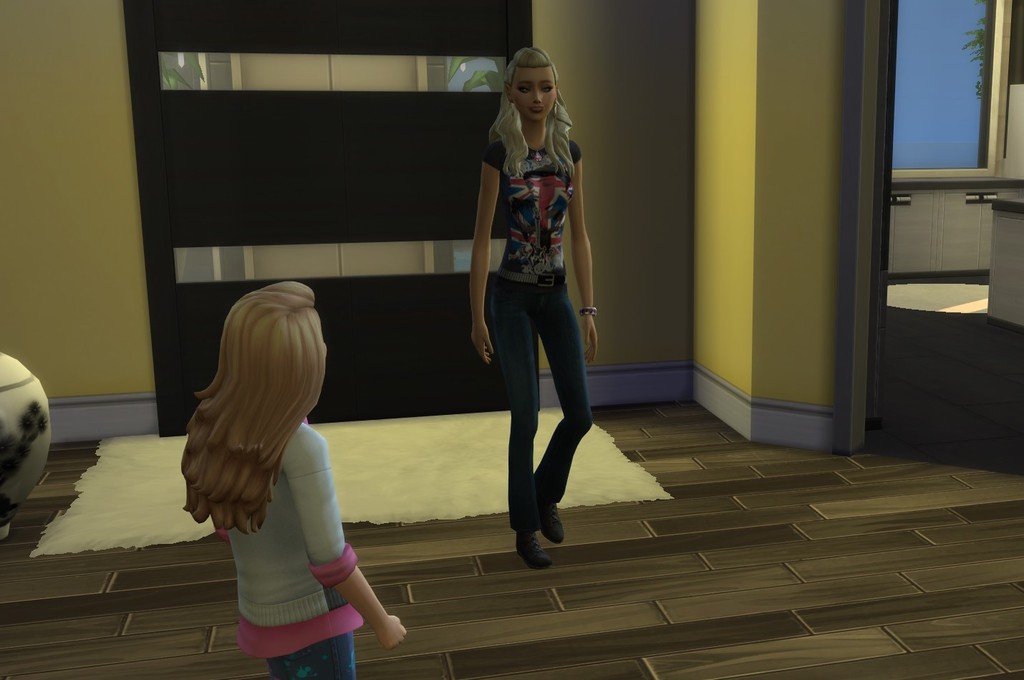 "Don't go up to your bedroom.," she said in a "neener-neener" tone. "Crystal isn't finished redecorating it."
​ 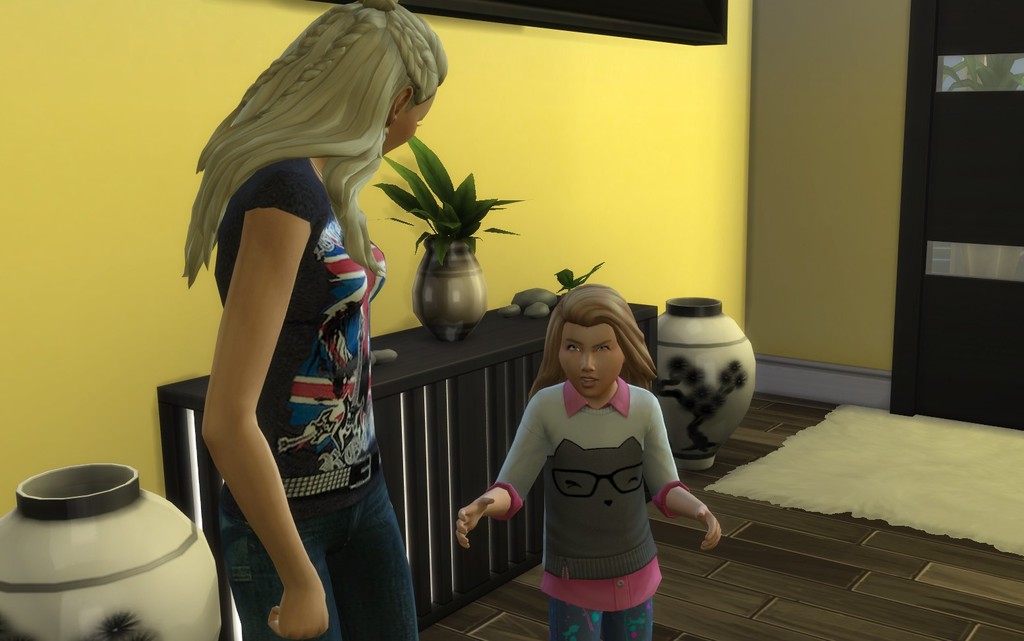 My head pounded. What was she doing now? I really didn't want to deal with it. Amelia loved to see Crystal and me fight so I decided not to take the bait.

"I don't care if she painted it pink. Let her. I'll just change it back to the way I want anyway. It's MY room."
​ 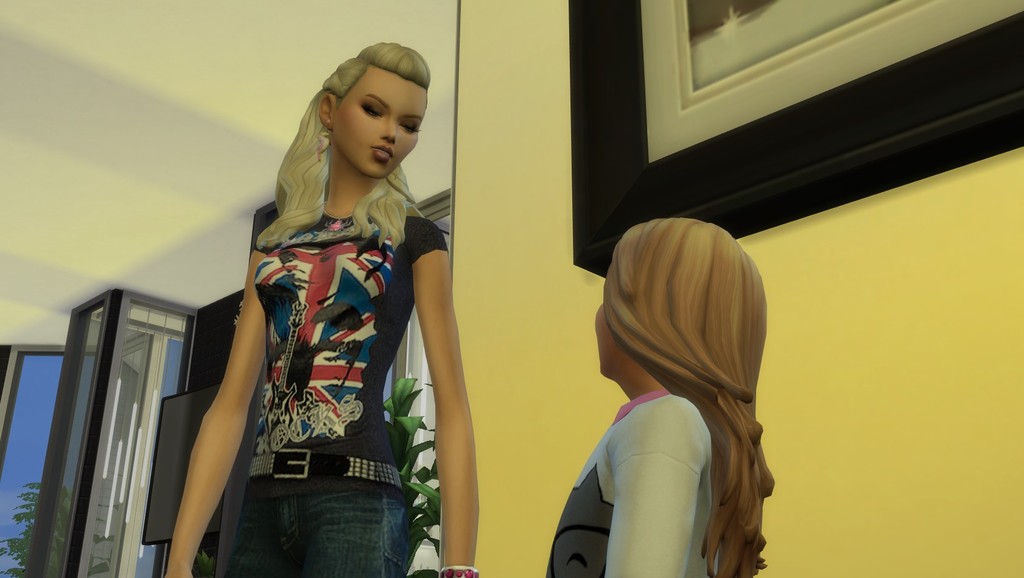 "No, but that's what Crystal said."

Heart speeding up, I thought, My posters.

She better not have done anything with Byron and Sean. They were prized gifts from my father. Both signed to me by the actors. 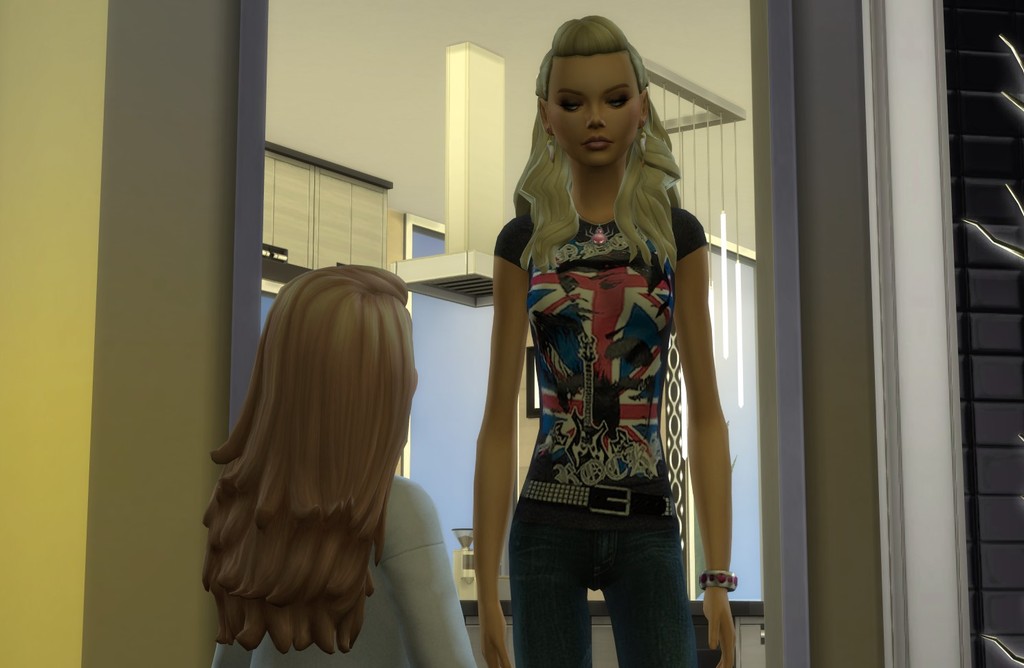 Racing upstairs, anger zinged through me as I gritted my teeth when I saw my walls.

Both signed posters were replaced by some sort of goofy kid stuff. 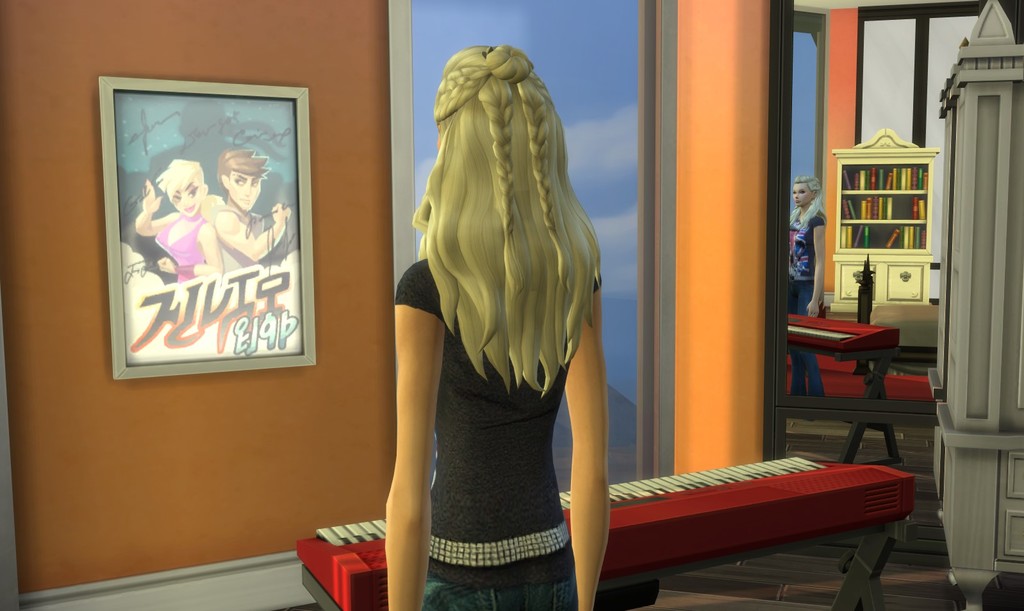 My hands clenched as I flopped backward onto my couch.

​Oh Crystal was so dead.

Waltzing up behind me, she said, "Looks better, huh? Those colors way clashed with orange and just didn't fit. Frames really bring out the highlights of the white in this room."

In a low threatening voice, I said, "What did you do with them?" 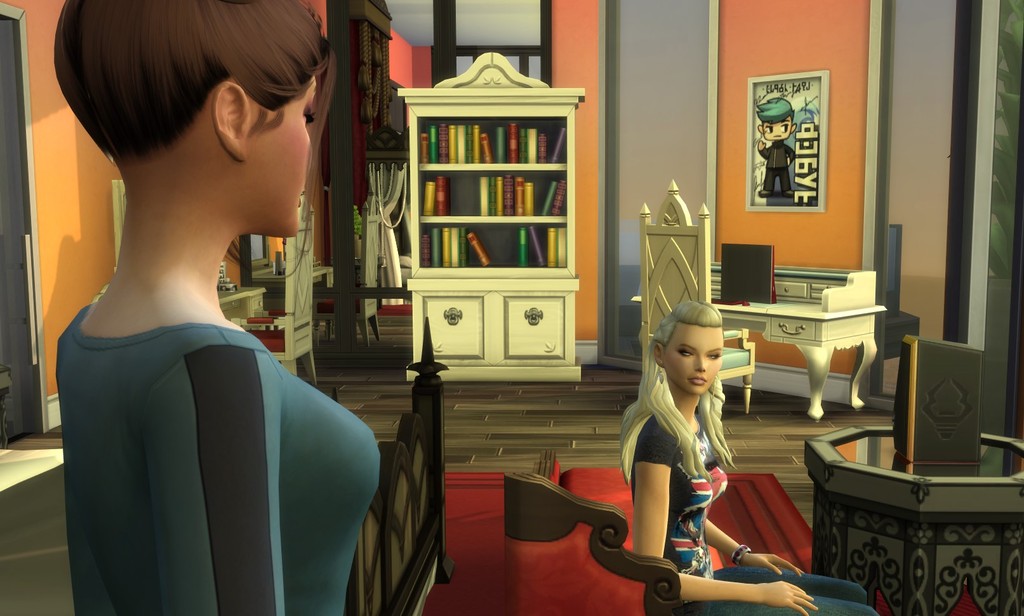 "I threw them away. I didn't think you'd want trash all over your walls. I mean, Fangs for the Memories? Really? Who watches that anymore? And Sean Roberts is so overrated as an actor. I think you should thank me for improving the looks of this room." 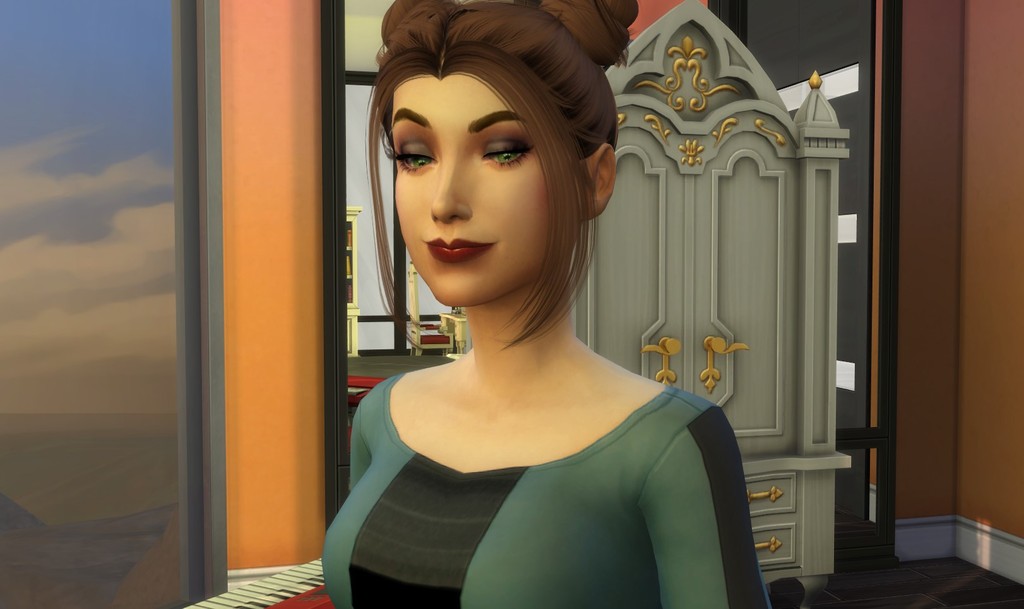 It was all I could do not to tear her hair out right there.

But she wasn't worth it. I'd end up grounded and she'd look like the victim. I'd been down that road dozens of times.

Glaring, I said, "Just so you know, this is still my room. And it doesn't matter if you paper it with your ugly face. You will never change that fact."
​ 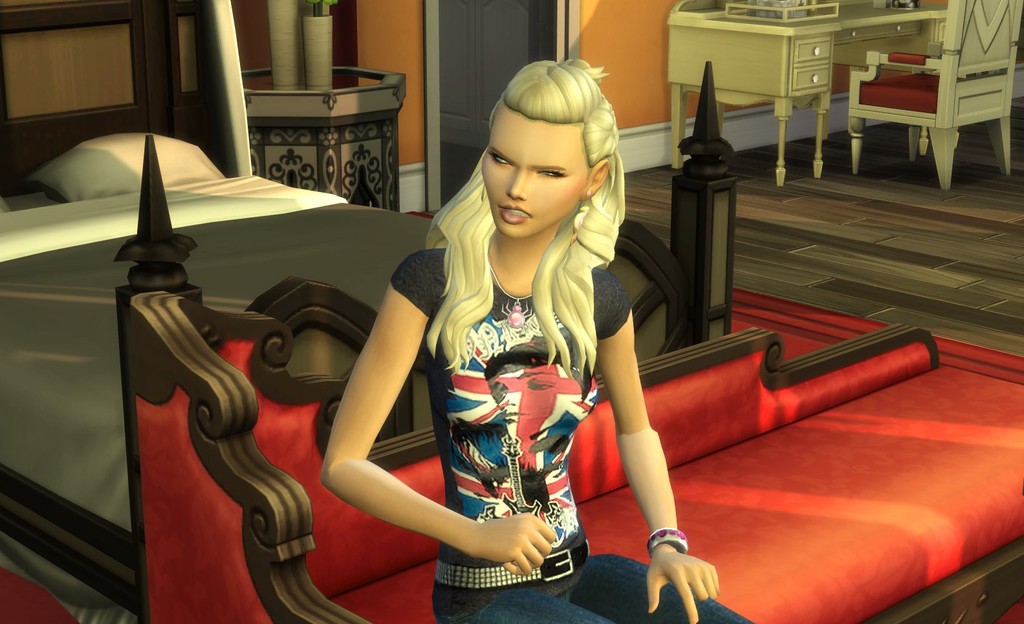 Getting up, I charged out of her disgusting presence, going to find Mother. She couldn't get away with throwing out my stuff.

I knew exactly where to find her. It was five o'clock in the afternoon. She didn't work on Sundays so at exactly five pm, she'd be at our bar, drinking. If she was home in the evening, she was usually sauced, slurring her words. Hopefully, I could get to her in a coherent state.
​
When I reached the patio, she was exactly where I knew she'd be. Sipping on some drink, looking like she hated life. Which she obviously did. I knew she made my life miserable, constantly nagging me to do this or that. I wondered what my father ever saw in her. She was such a sad wretch.

Our relationship in a nutshell was her telling me I needed to change and me telling her I wouldn't. We'd scream at each other until she'd raise up her hands and tell me that she didn't deserve such a difficult child. I would counter that I was counting the days until my sixteenth birthday when I could go live with my dad. 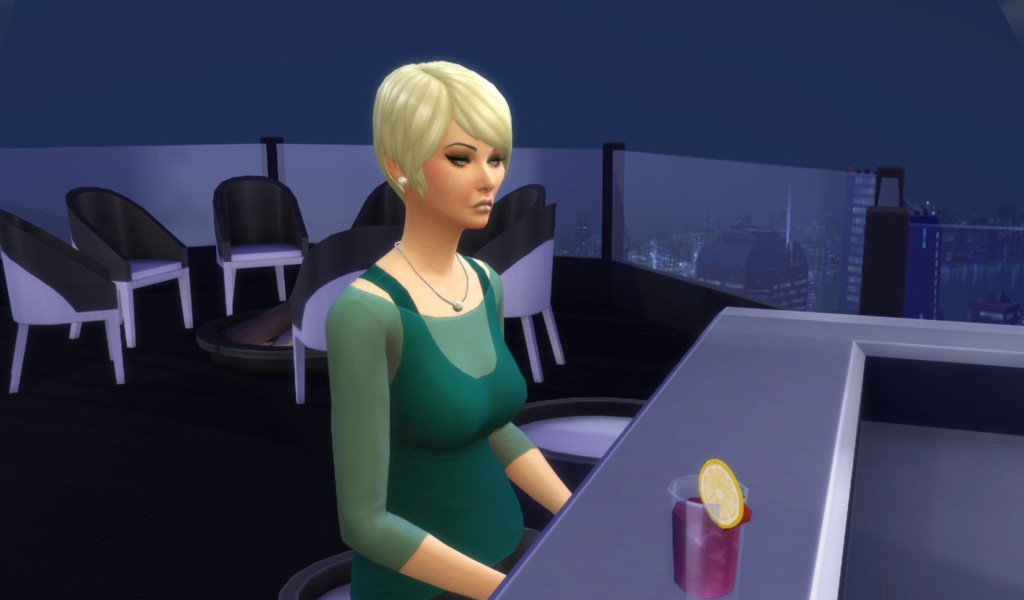 Sitting next to her, I said, "Did you let Crystal throw away my posters?"
​ 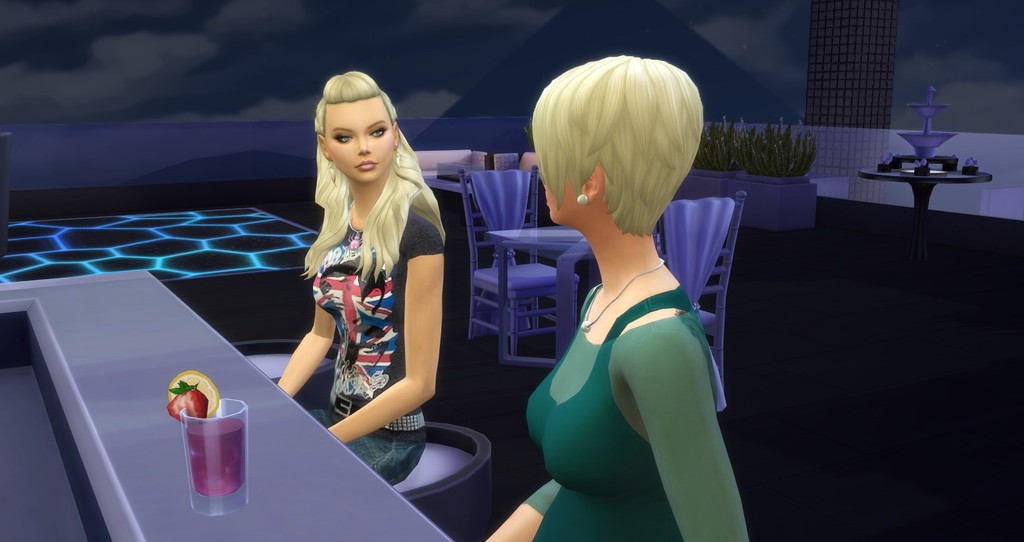 "Posters? I don't know what you're talking about, Siobhan. You aren't making trouble again, are you?"
​ 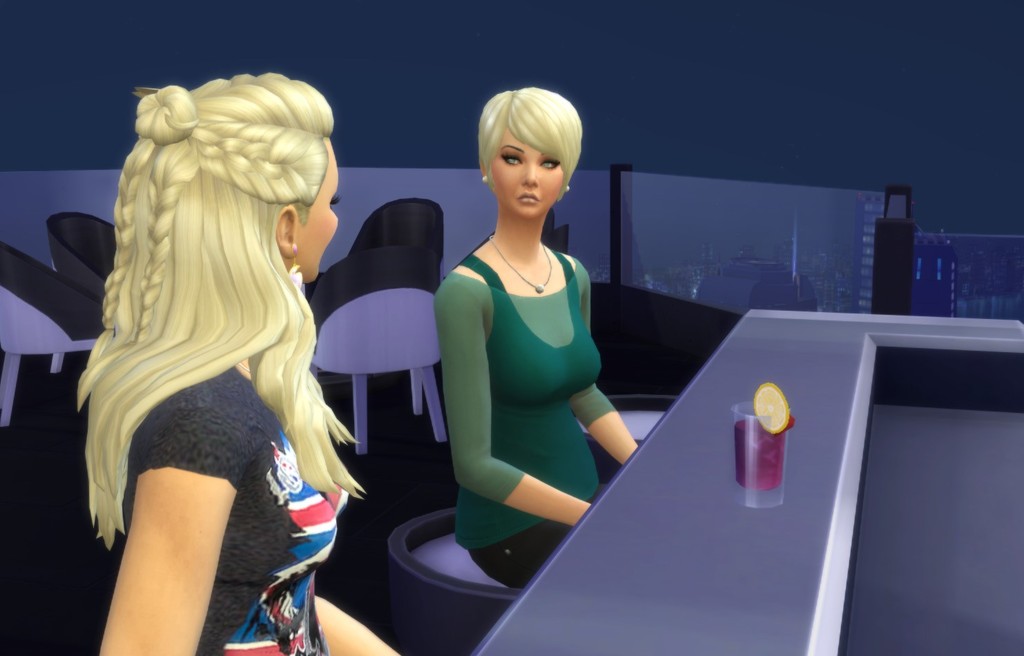 I knew I'd get this from her. "Oh, so Crystal is allowed to take over my bedroom AND throw away my priceless SIGNED posters and I'M the one making trouble. I see how it is."
​ 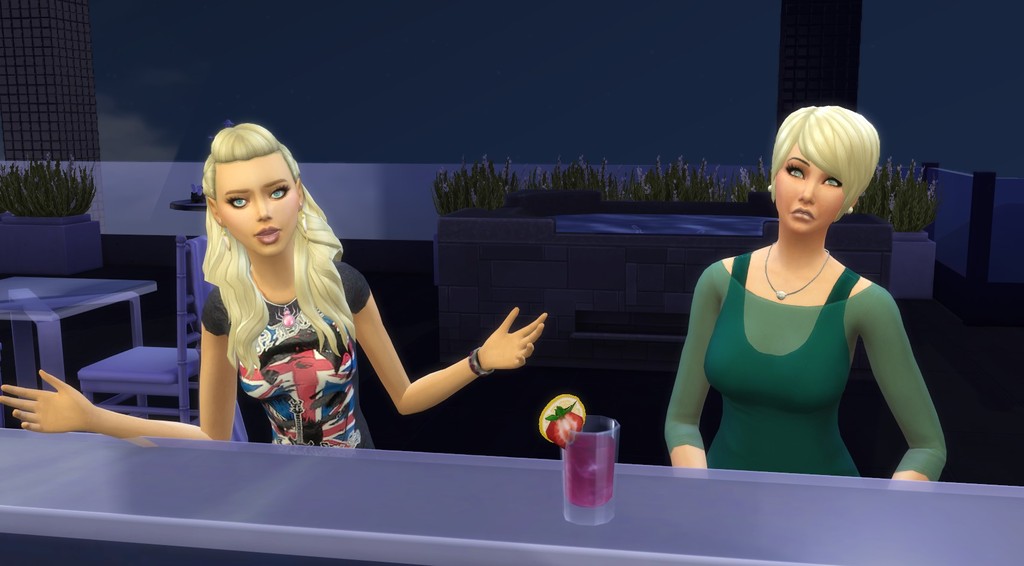 "Listen, I've had a hard day. They called me in at 3 in the morning for an 8 car pile up accident emergency, and I just got off work an hour ago, so I don't have time to hear about your constant fighting with your sisters."

"Step sister. One. Crystal. The girl who constantly impersonates The Wicked Witch of the West."

Mother put up a hand. "I don't want to hear it. It's never-ending with you. You come home after being spoiled by your father, and it's World War Three around here." 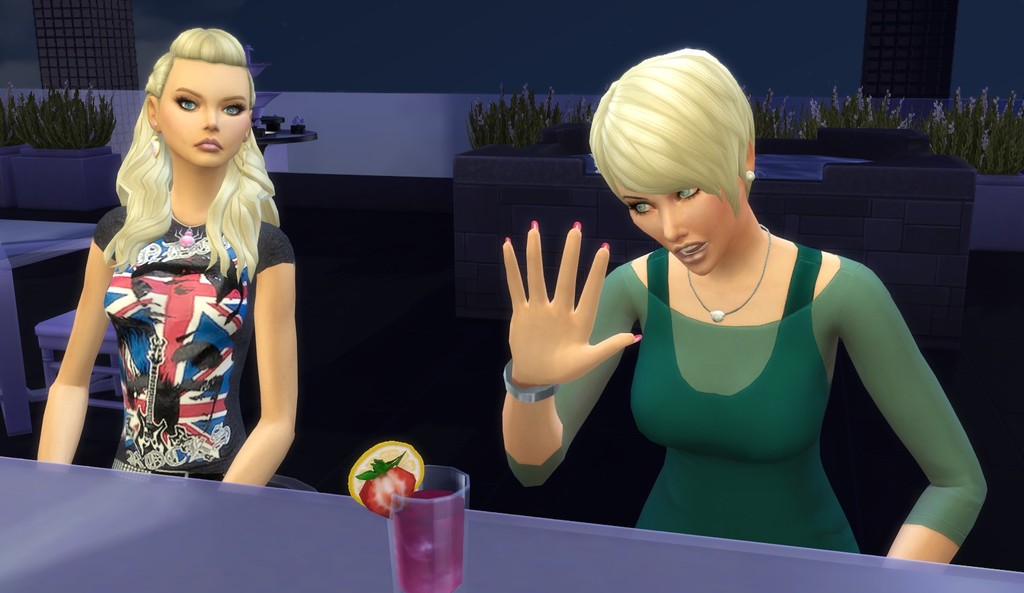 I sighed, looking away from her. If Crystal could get away with pulling that shit, I was done. Two months until I could move in with Daddy. Then I was shaking the dust off my feet of her and Pax's evil spawn.
​ 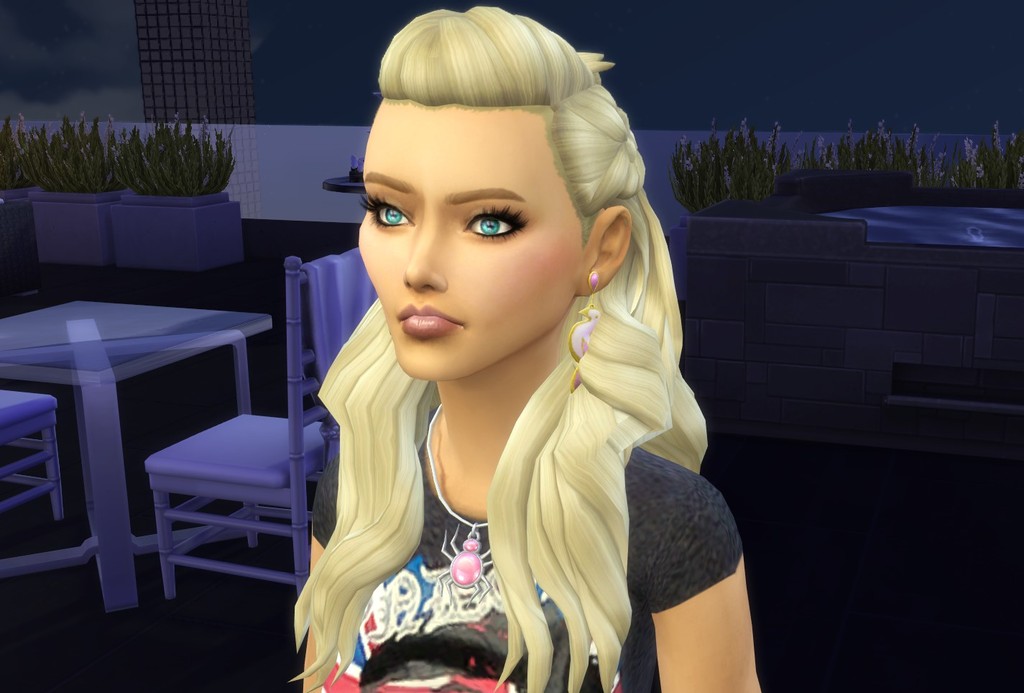 Still fuming as I sat on the cot, I decided it was time to have a little fun. I needed a change of scenery. I couldn't stand to stay one more minute in that house. 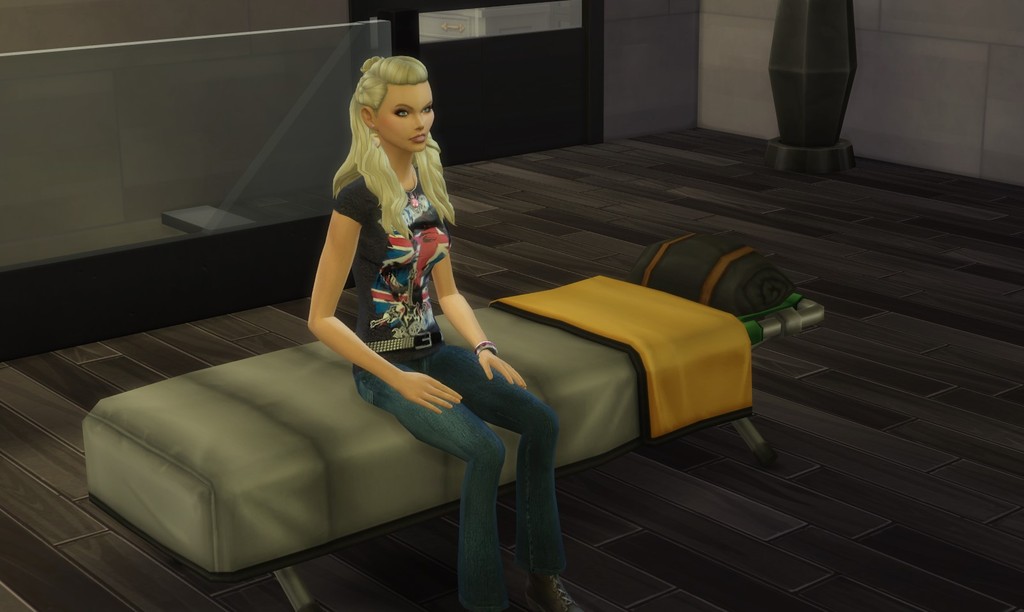 "Kailyn...it's time to do another mural. Tonight. Tell your mom you're staying over here, okay? And get the Murillos, too. Sure, if your boyfriend wants to come. The more the merrier." 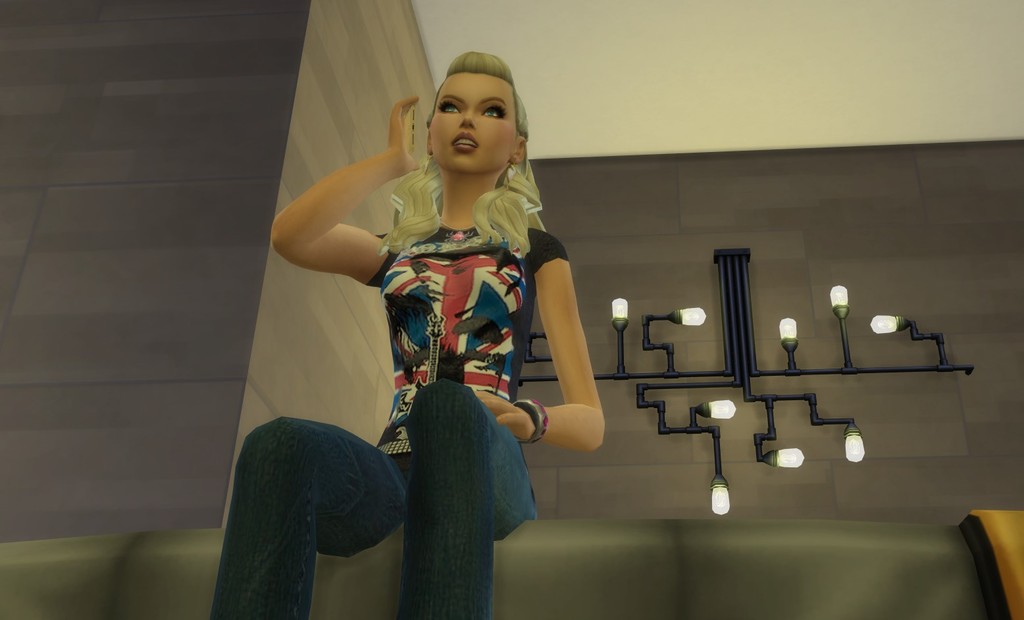