Celia came over right after school on Thursday so we could do some yoga. It was the perfect time for me to slip my coils around her neck. She wouldn’t even know what happened until she was suffocating. And then it would be too late. She and Jackson would be no more, and she wouldn’t even know I had a hand in it. Her jealously really was playing into my clutches. I didn’t even think I’d have to follow through with Phase 2.

“So,” I started, bending over, stretching my side, “how are you and Jackson?”
​ 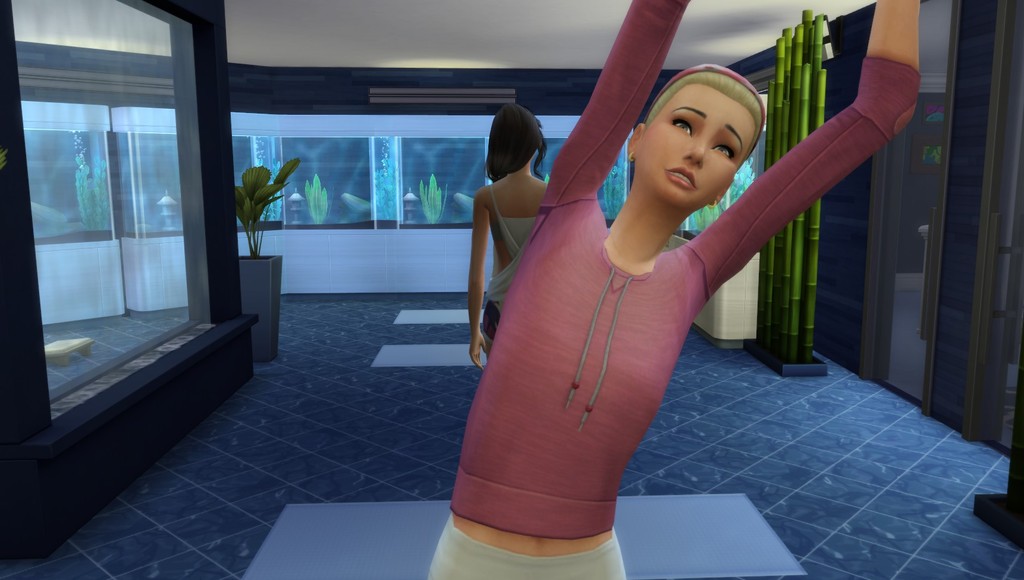 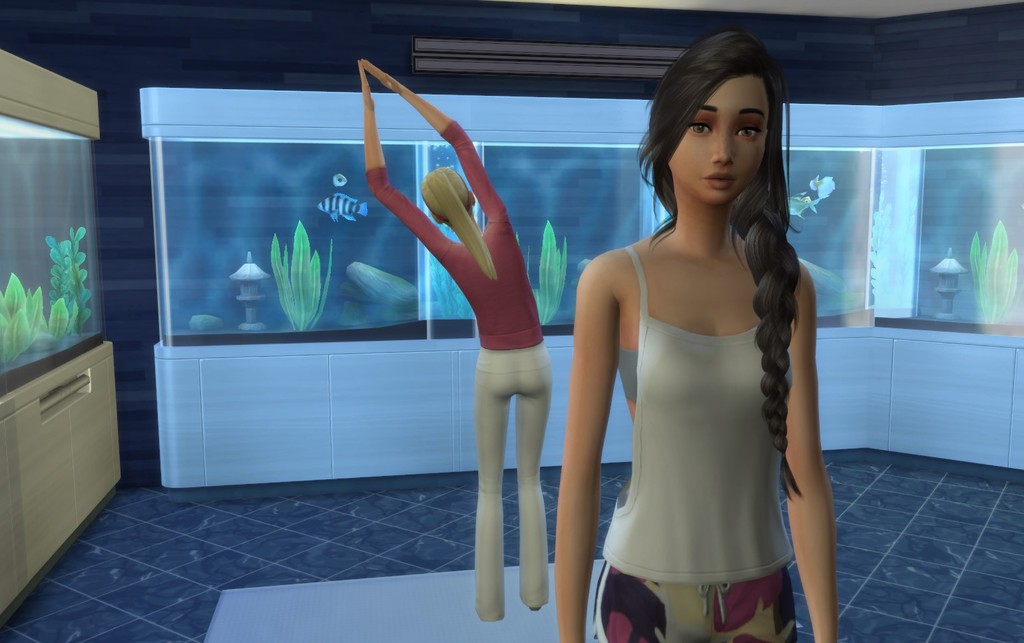 “That sounded convincing. What’s wrong in Jacksonland? Is he still following Ro like a lovesick puppy?”
​ 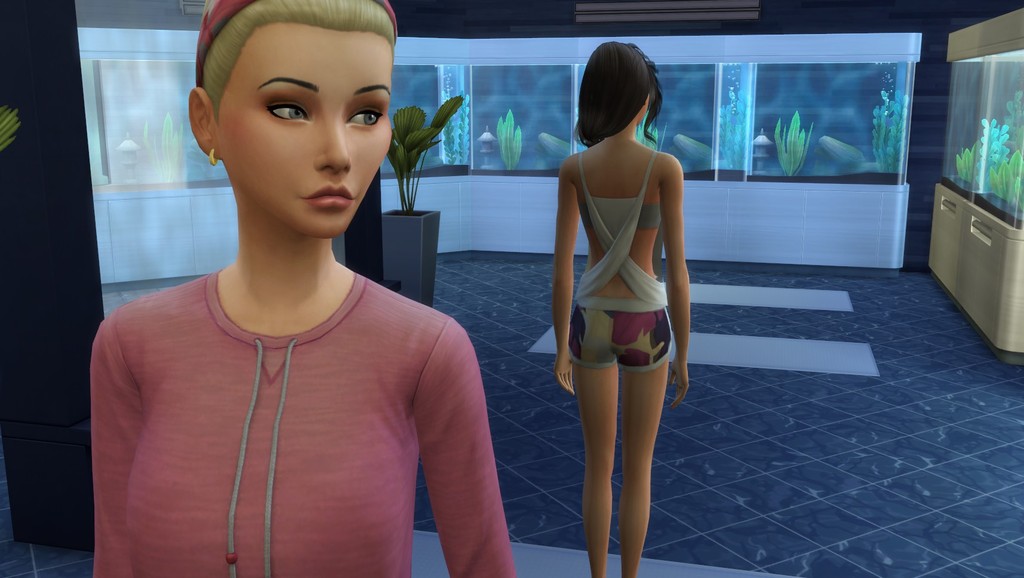 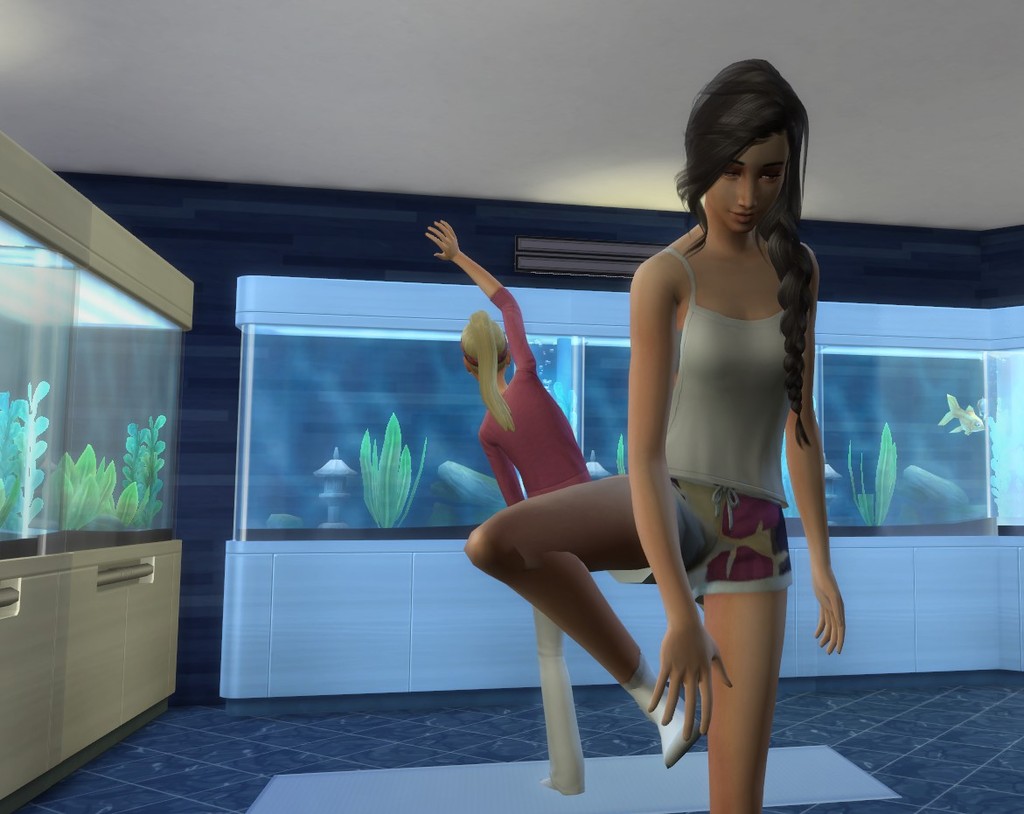 Oh...I wonder how Jackson was feeling about being separated from Ro! If Ro was so upset, I was sure Jackson deep down wasn’t liking it. Awesome. “What do you mean, ‘you don’t think so’? A girl has got to know what her man is doing. Especially one who is a bro-boy like Jackson.”
​ 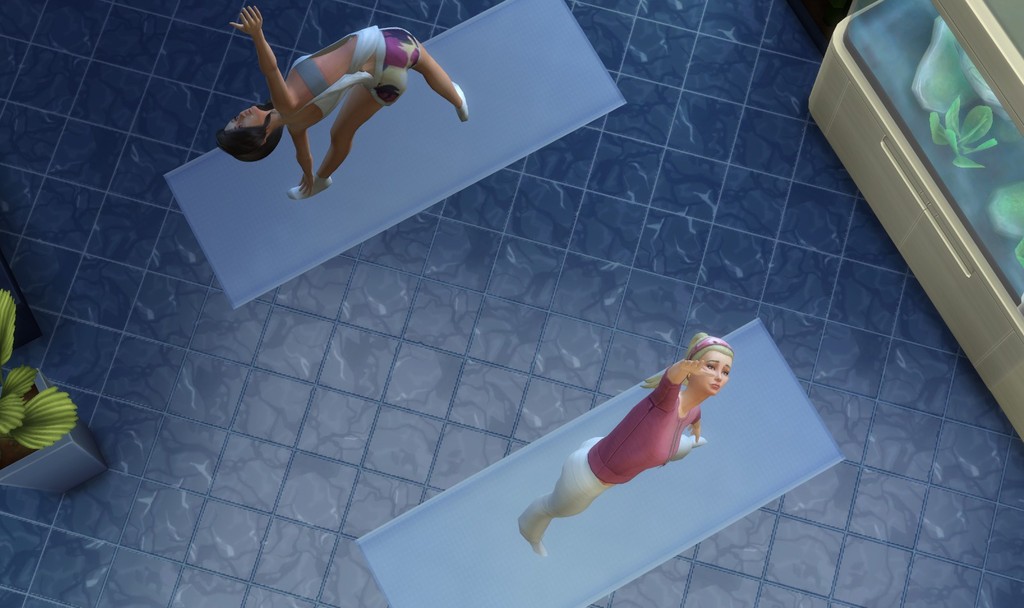 “Well...I’ve decided to give him some space. A guy needs to have some time with his friends.”
​ 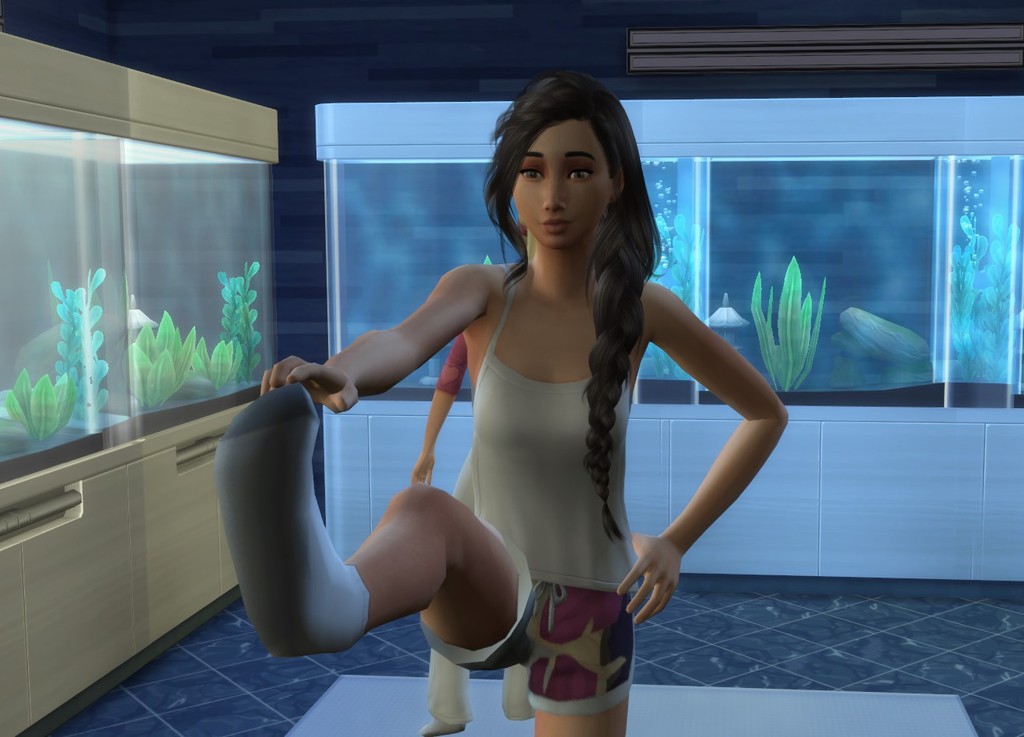 At this I almost fell over. She was coming to her senses, and I could not have that!
​ 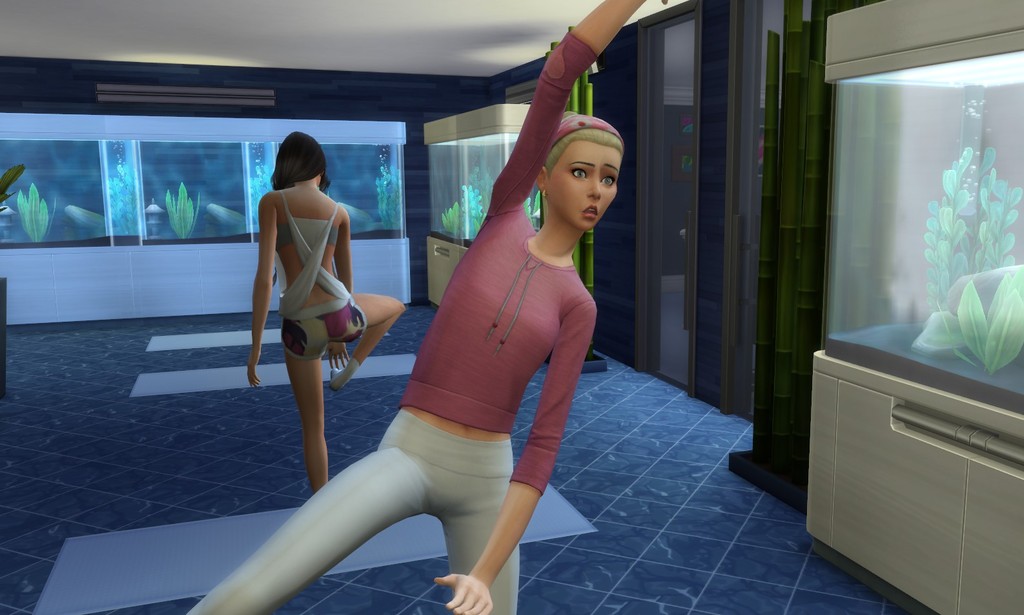 Pulling her over to me, I said, “Oh, honey, does he have you on a puppet string or what?” 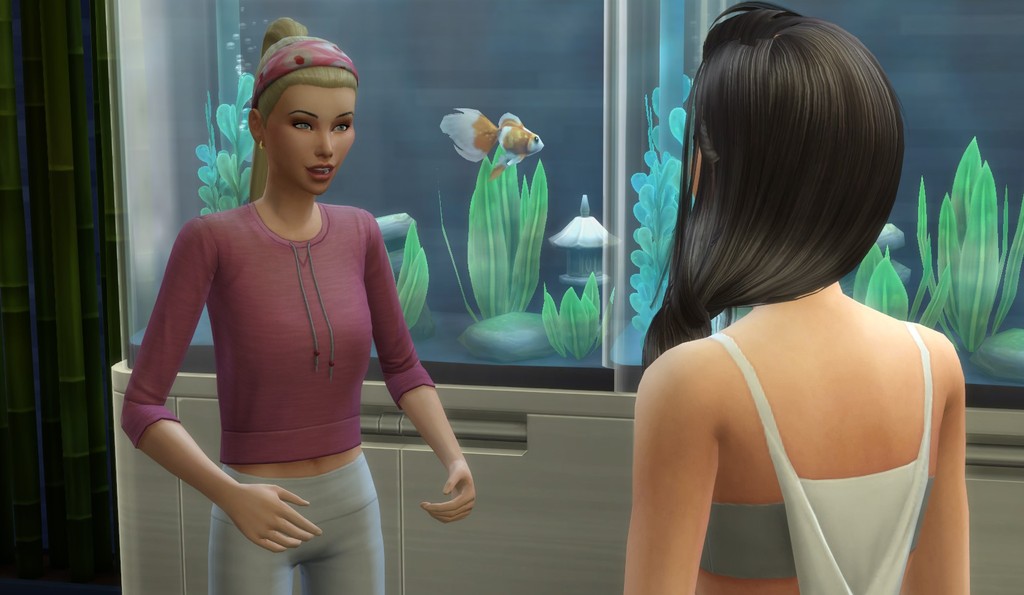 “Don’t you mean anything to him? Or does Ro come first?”
​ 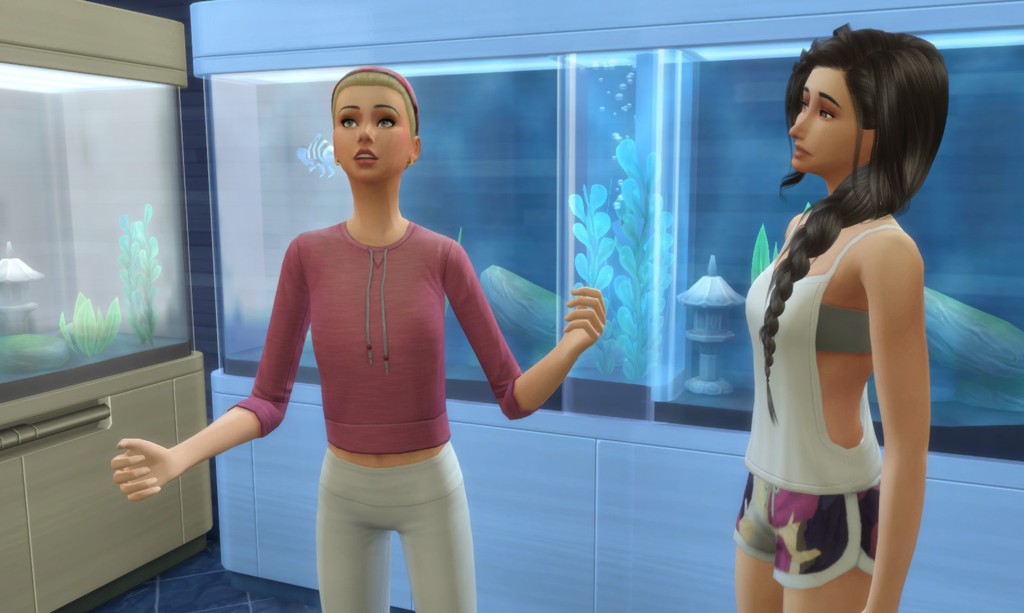 Scratching her head, she shrugged. “But what can I do? They’ve been best friends for like ten years. They need each other.”
​ 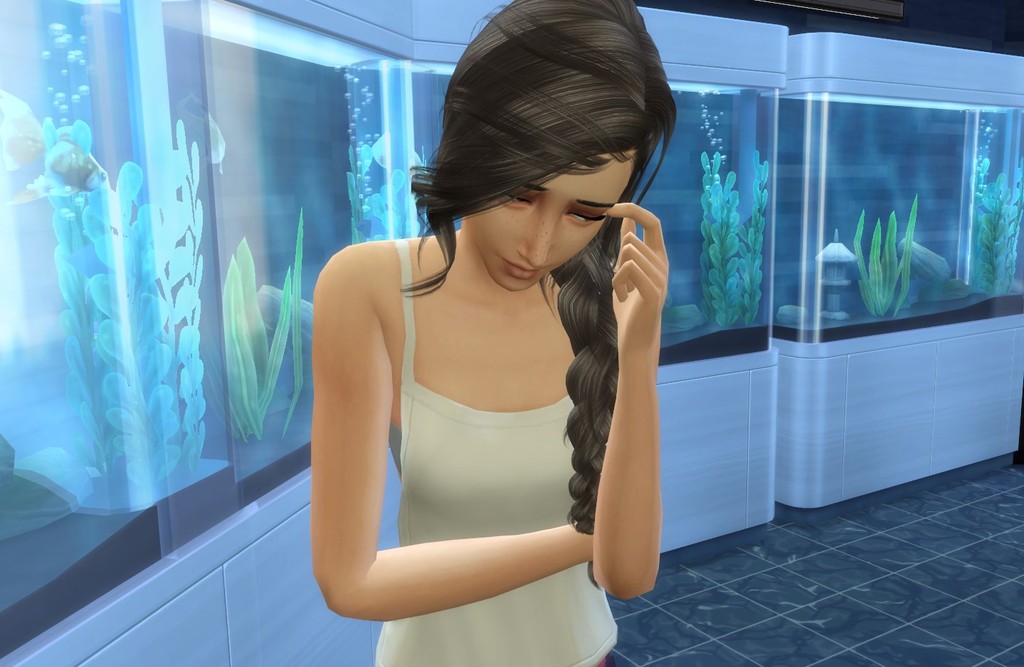 Glaring, I said, “He has you just where he wants you, Celia. Jumping whenever he winks. I bet you anything he’s with Ro right now. But you wouldn’t know because you’ve decided to give him some ‘space’. Are you his girlfriend? Because he sure isn’t acting like your boyfriend. It’s more like he’s Ro’s.”
​ 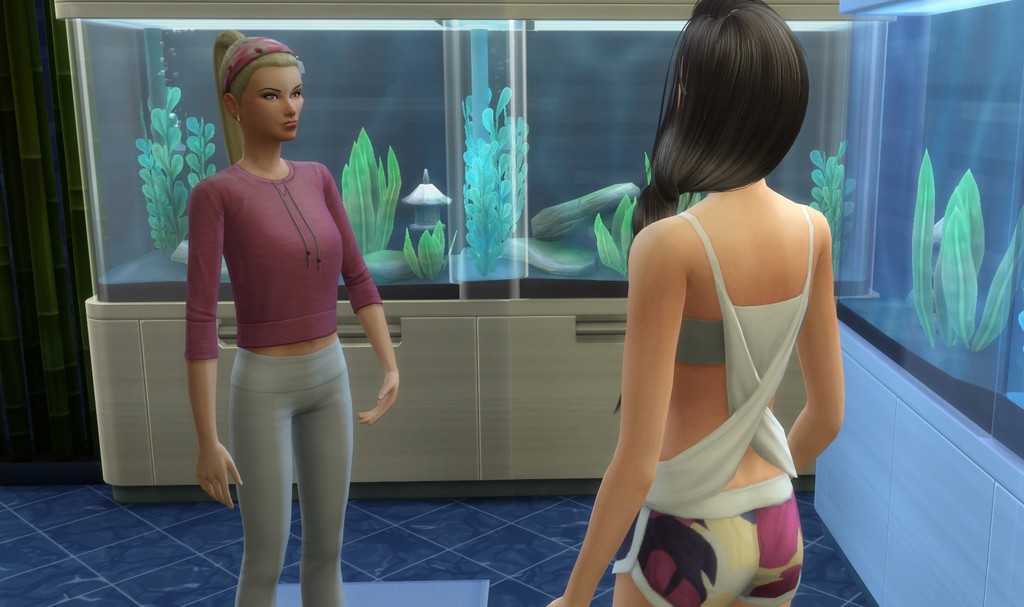 “But what can I do? Jackson doesn’t listen to me. He does what he wants.”
​ 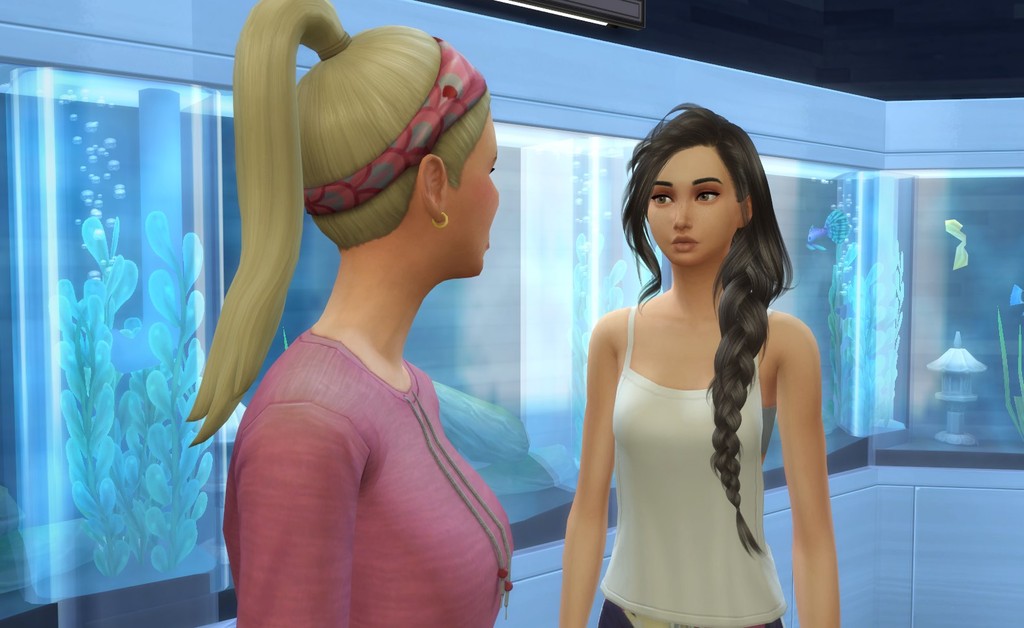 “Get mad! Show him who’s boss. Why do you let him tromp all over you like this?”

She raised her arm in frustration. “I have! But all it does it push him in a corner, and he’s ready to give up. I have to make him happy.”
​ 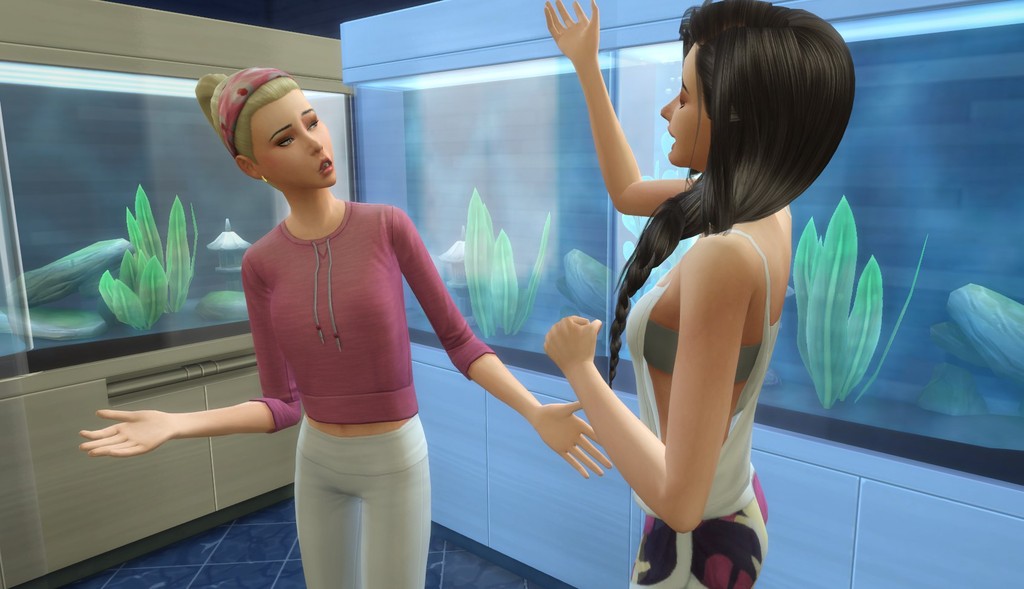 I put my hands over my face. “Oh. My. God. Seriously? Do you hear yourself now? You’re setting women back one hundred years with this attitude.”

“I know what you’re trying to say, Winter, but it just doesn’t work on Jackson. He’s too strong willed.”
​ 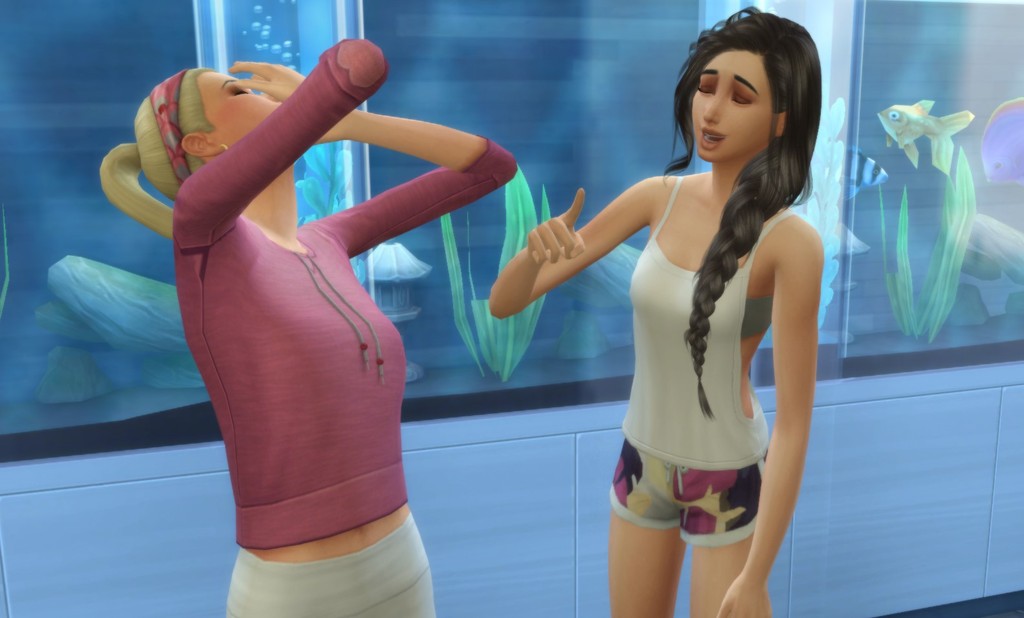 She looked like she was about to cry. I had her on the ropes!

Crossing my arms, I asked, “Is he really worth all this? I mean, you don’t even have much in common with him. Can you actually say you don’t see yourself with another guy? One who isn’t hooked by an umbilical cord to another guy? Like Manu, for instance. You just say the word, and I bet he’d jump at the chance of going out with you.”
​ 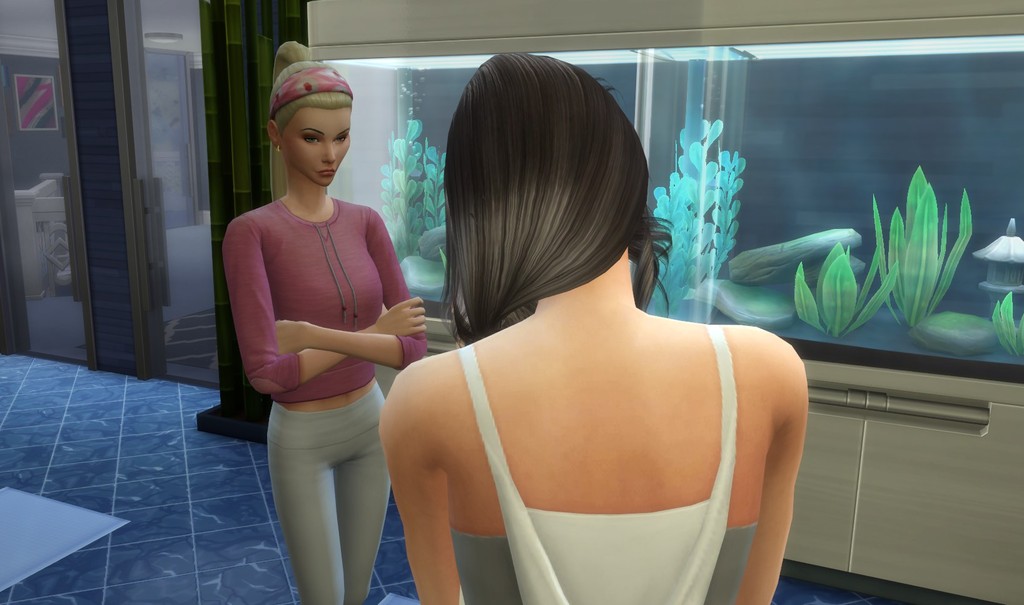 Wiping her eyes, she raised her head and said in a defeated voice, “You know, you’re right. I really love hanging out with Manu. But...”
​ 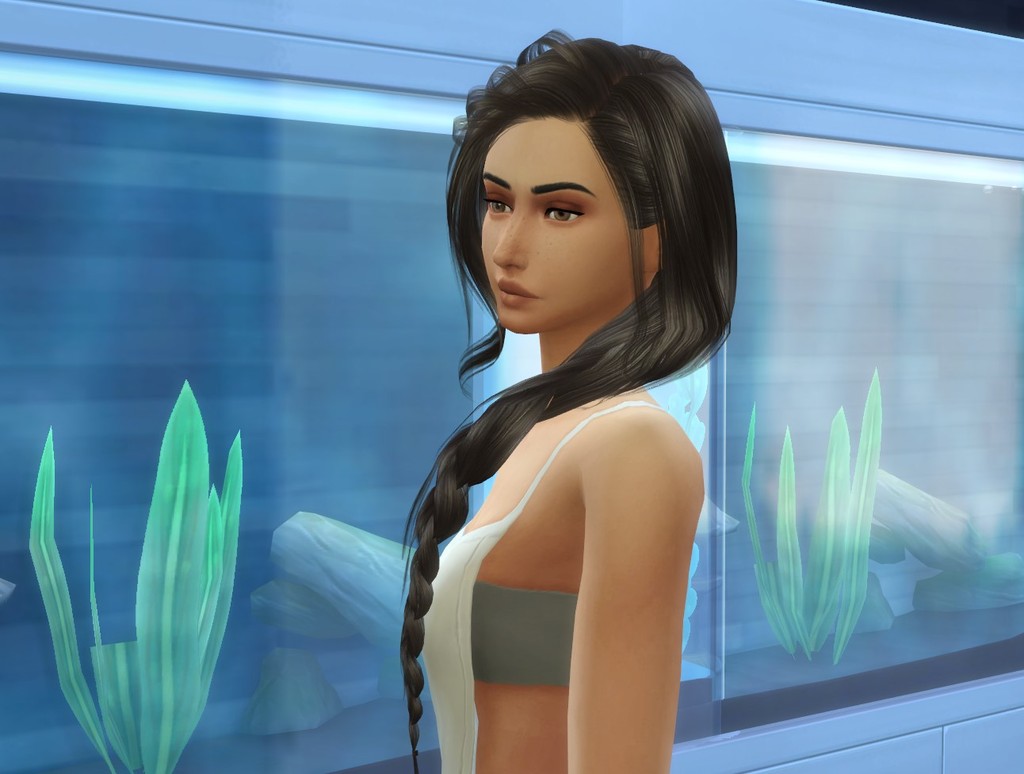 “But nothing! You can’t let Jackson get away with treating you like this. If it was meant to be, he’d want to be with you all the time. I bet he isn’t even thinking about you right now. Go on and text him and see what he’s doing. I’ll bet a million simoleons that he’s with his boyfriend, Ro.”

Pulling out her phone, she texted him.
​ 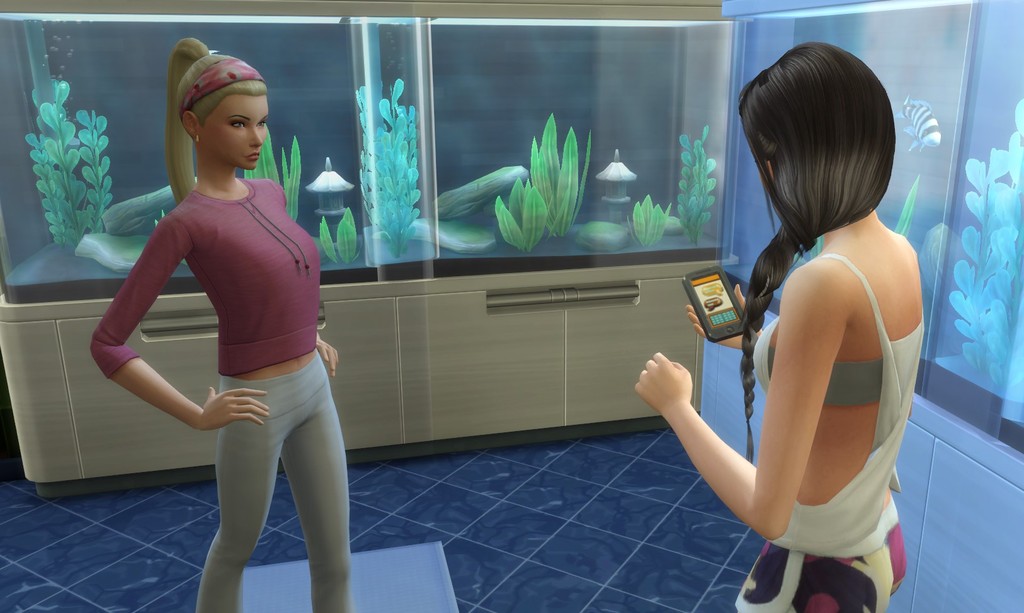 For several minutes, she furiously tapped messages back and forth. My heart sped up. I wanted to be a devil on her shoulder looking at those texts! 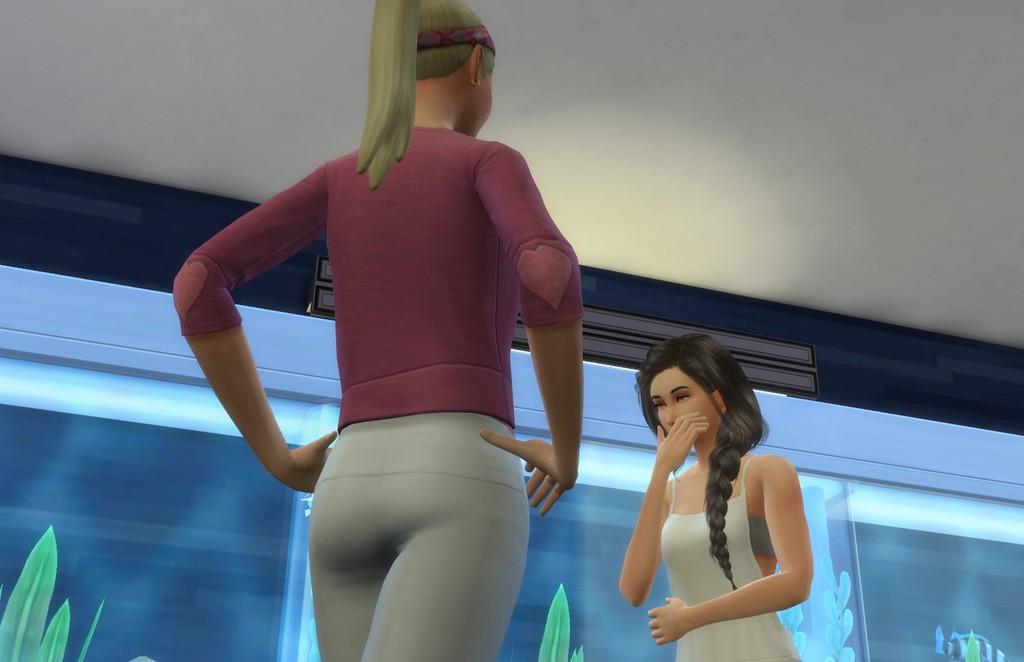 After we finished playing our club game at the San Myshuno gym, Ro and I went back to his house to eat some snacks and watch a movie until I had to go home.
​ 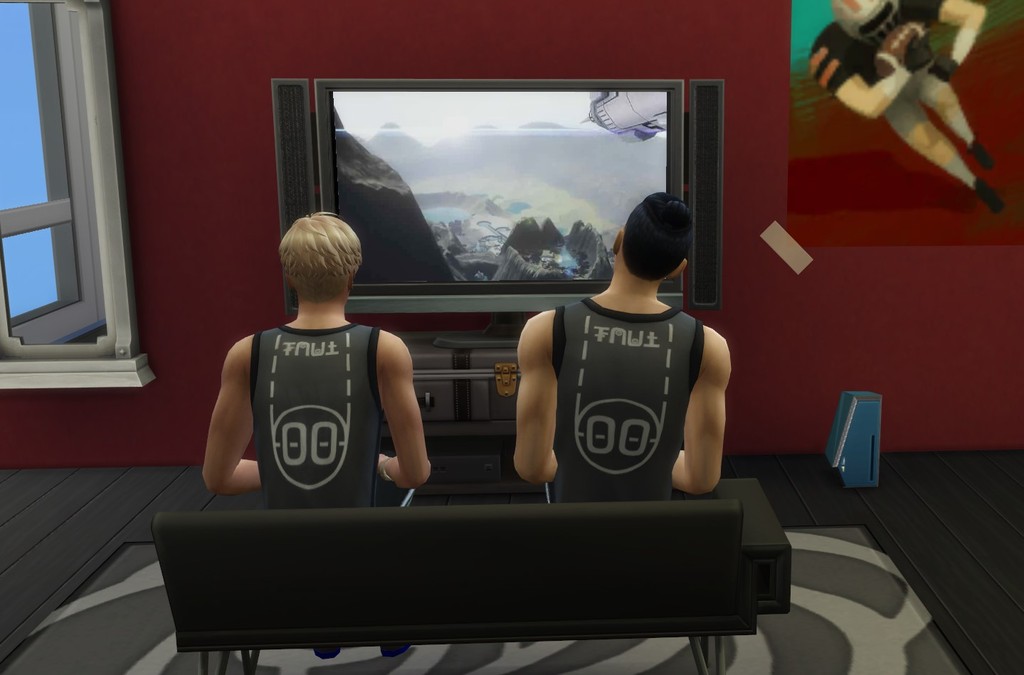 “That was fun, Jackson. Glad we won. Who knew you could actually dribble the ball since we haven’t seen you at the gym in like a month.” 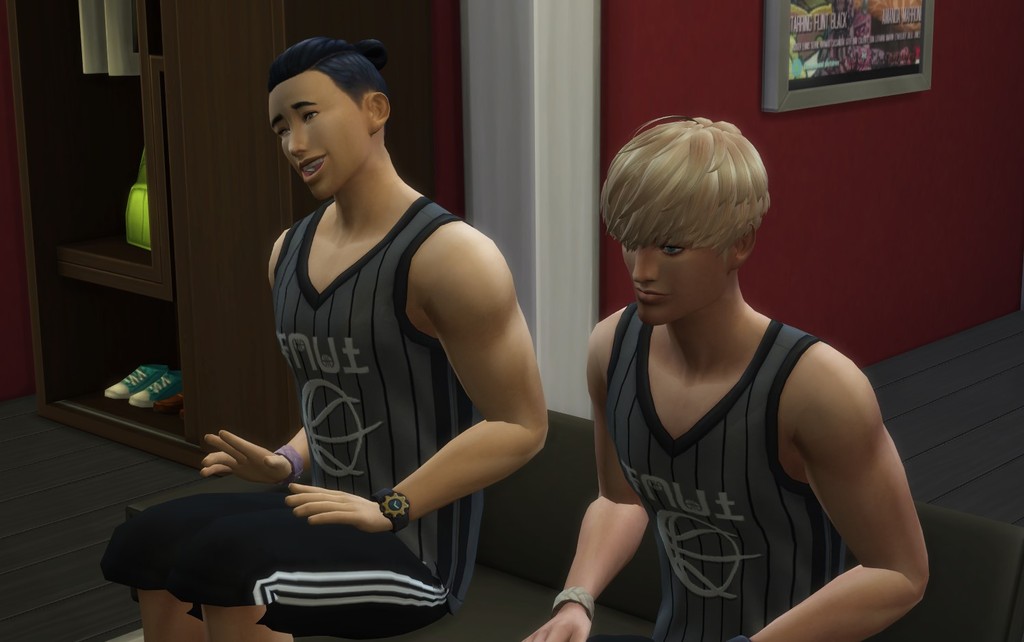 “Hey, lay off Celia. She actually has been pretty cool about things lately. You’ll be seeing more of me, man.”

“I better.” Ro punched my arm and I was about to go into full wrestling mode until I heard my phone buzz.

“Shit" he said. "Guess you spoke too soon, dude. Is it from your warden?” 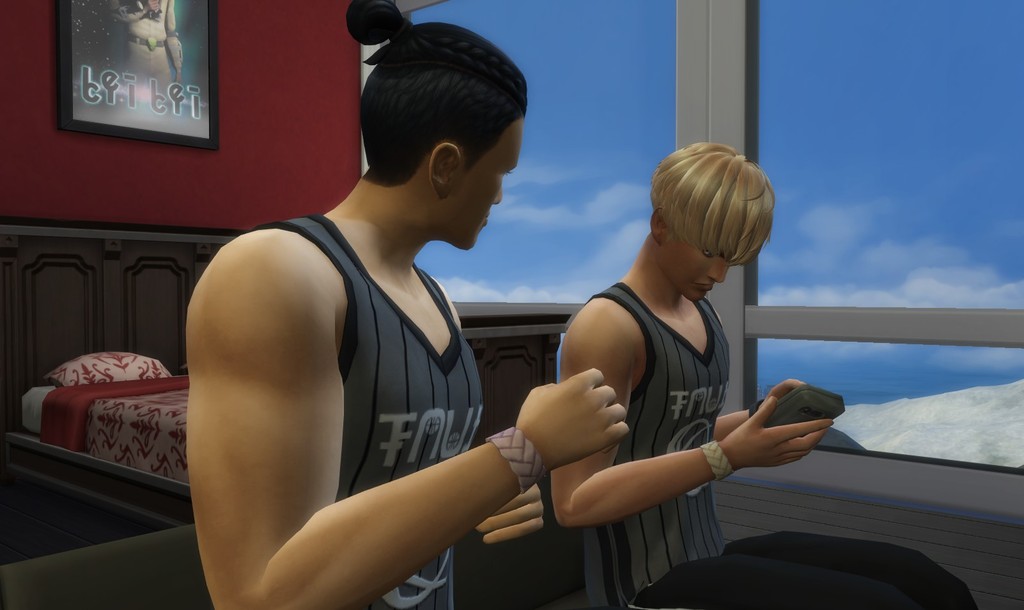 “What the fuck, dude? Can’t she let you have two hours without bugging you? God, we can’t even watch a full movie without her annoying intrusions.”
​ 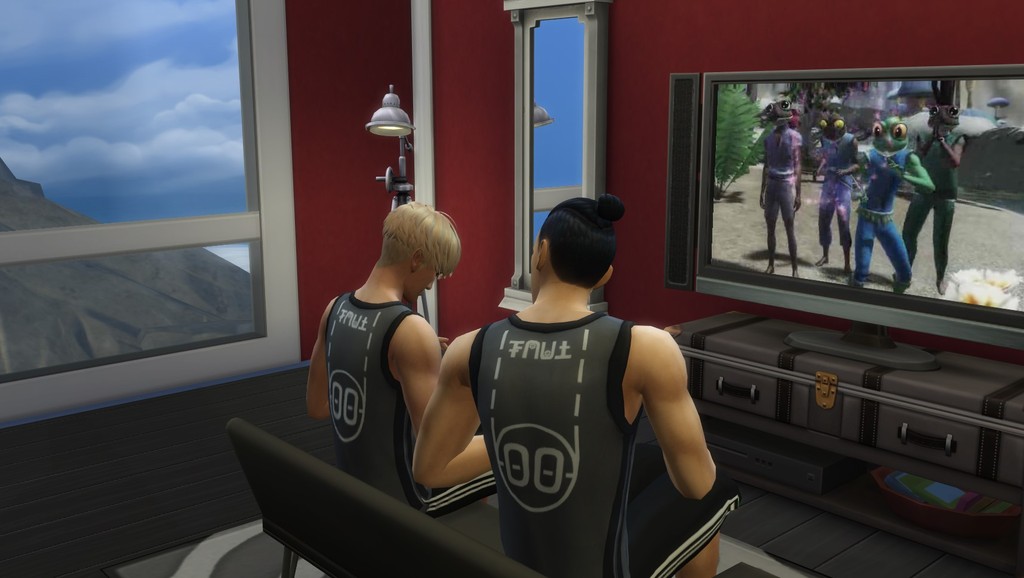 I shook my head. Ro was right. I was totally sick of this shit. Texting back, I told her to leave me the hell alone right now. It wasn’t nice, but I was mad.
​ 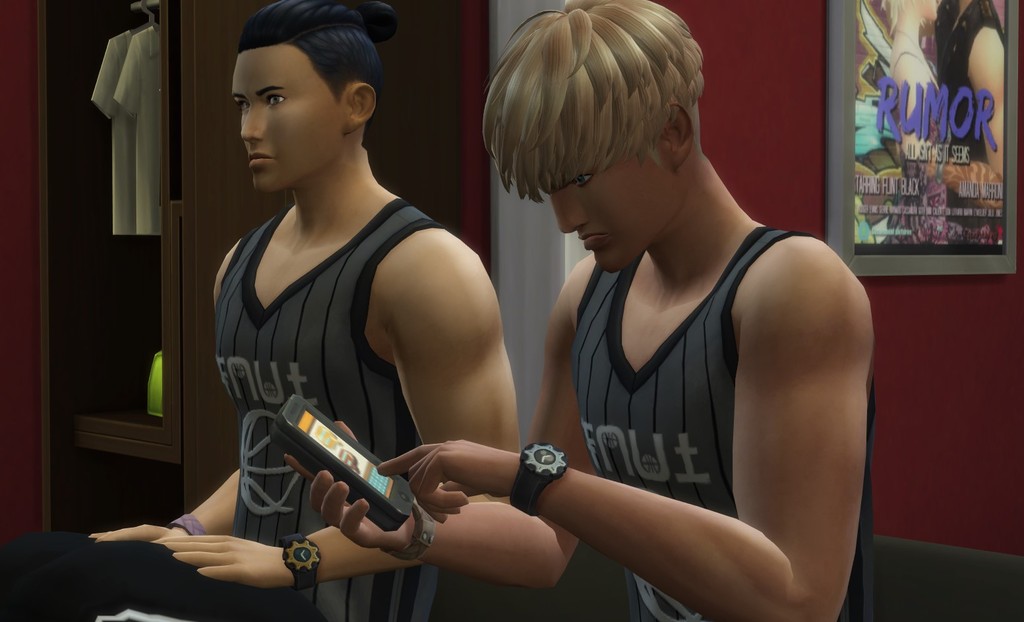 That only made her freak out on me.

“Is she mad now? God, we can’t even watch a freaking movie? Is she really worth it, Jackson? You don’t see Eskandar texting me every five minutes.”

“I know. Probably because he’s a guy.”

“Well, I wouldn’t stop you from turning gay.”
​ 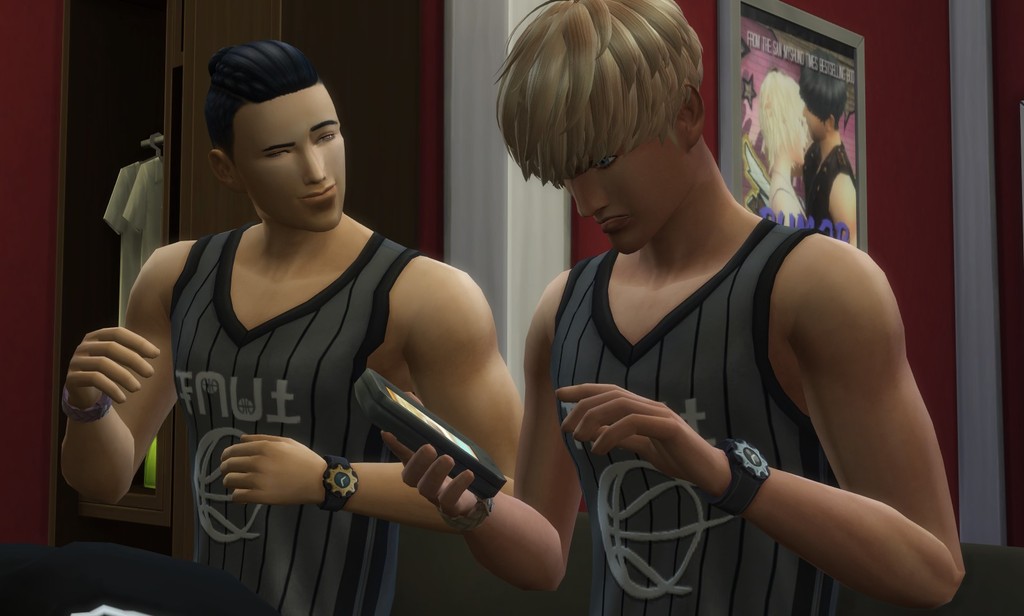 I glared at him. This sucked. There was only one thing left to do. I knew it wasn’t right to do this over the phone, but if I saw her tears, I’d just book it like I did before.

When I was finished, I threw my phone and yelled.
​ 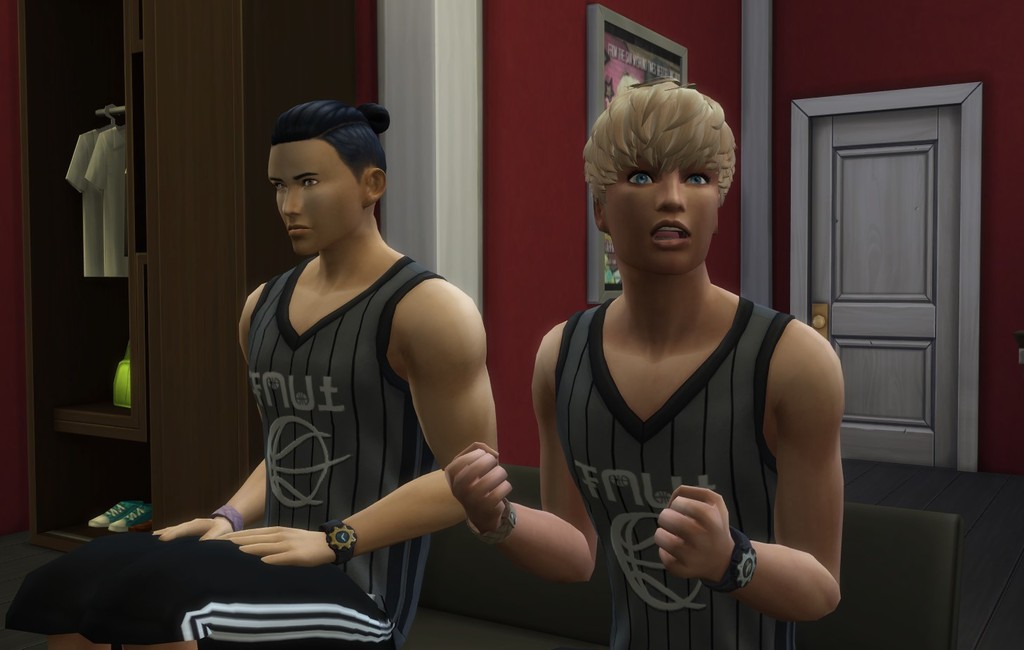 No more girlfriends. At least for a while.

“Punch me in the stomach, Ro, if I date another girl.”

“So you are going to my side of things. Glad to have you, Jackson.”
​ 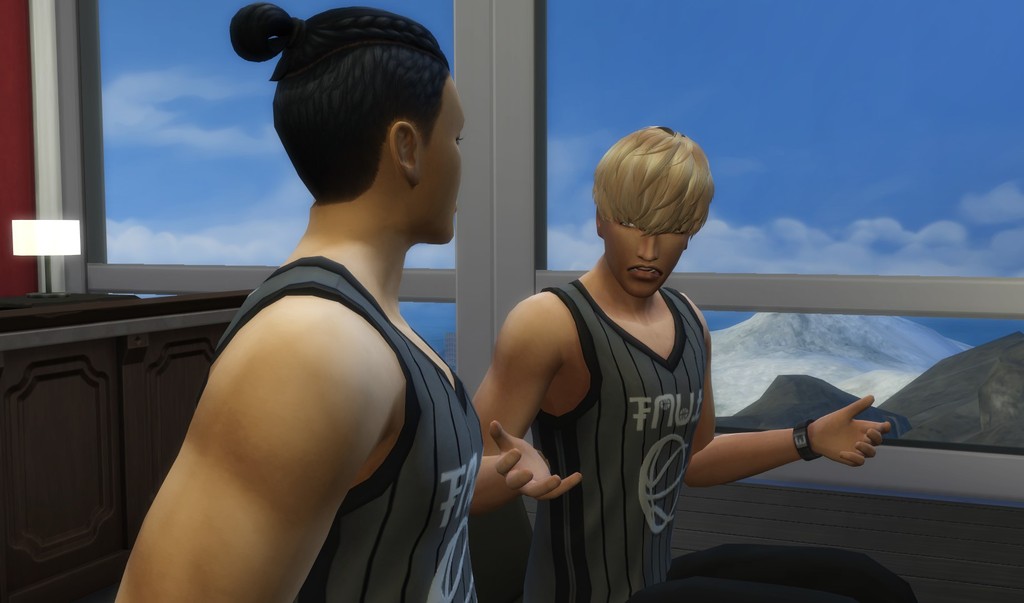 “No...I’m just sick of relationships. They only end up in the toilet. I will never understand how girls think. They’re total freaks. All of them. I’m going to become a priest.”
​ 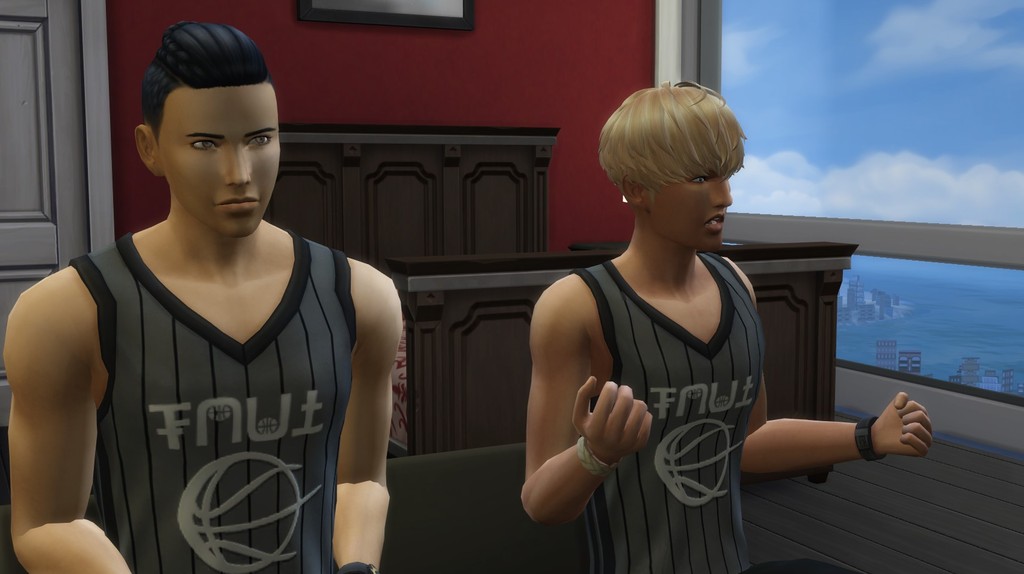 I flipped my hands up. “That’s just a technicality. I’ll become one in my dreams.”

Ro laughed. “We’ll see how long you last. I give you one week and you’ll have another girl once the harem at school hears you’re free.”
​ 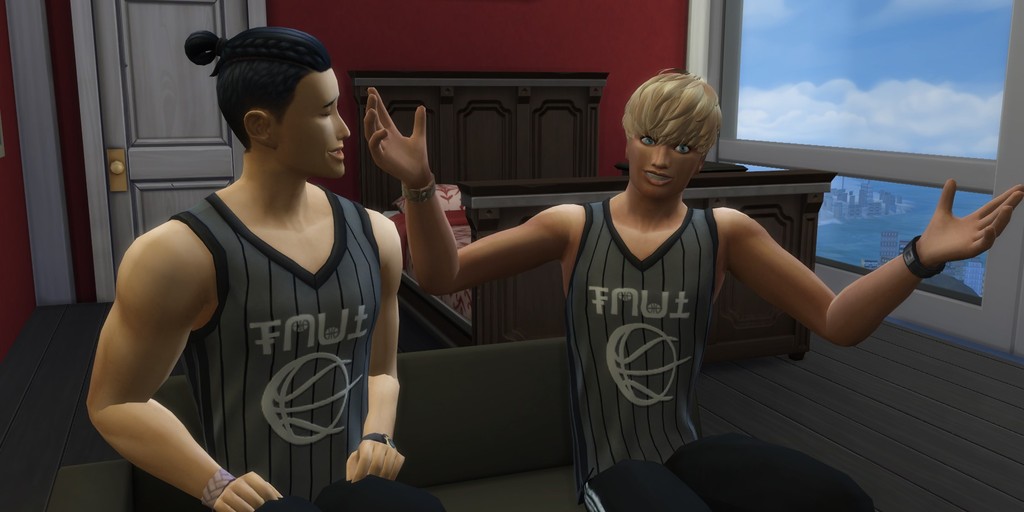 “I won’t. I’m promising you now, I am swearing off girls until we hit college next year.”

Sighing, I knew I wouldn’t be able to last through the spring and summer without kissing a girl. Just thinking about it made me panic. “No.”

Ro rolled with laughter.
​
Powered by