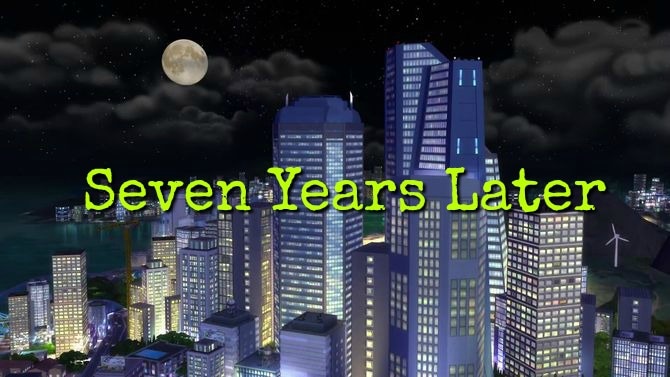 ​The melody lilted fluidly as my fingers glided over the keys. Daddy was going to love this. I'd been working on it for months for when I saw him again. His tours had lasted a bit longer lately, but he'd never miss our weekend. 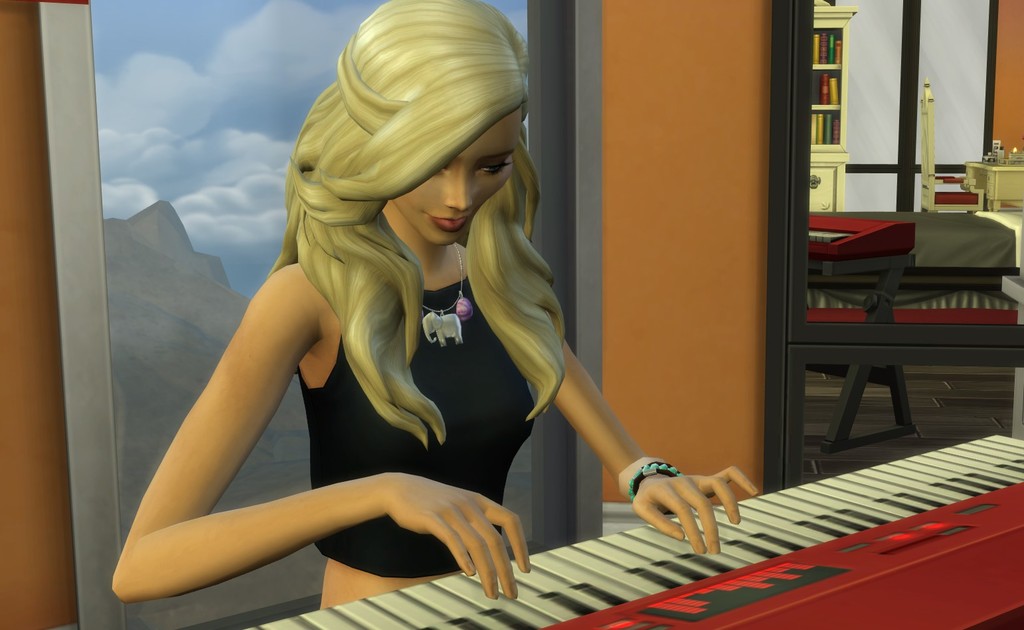 This particular song made me drift back to when it all happened.

I'd written it in my head back when I was eight, but didn't realize at the time what I was doing. Shrink said it was a coping mechanism. Said I was a musical prodigy. When most kids threw tantrums, lashed out in anger, got into fights, I poured myself into music and painting.
​ 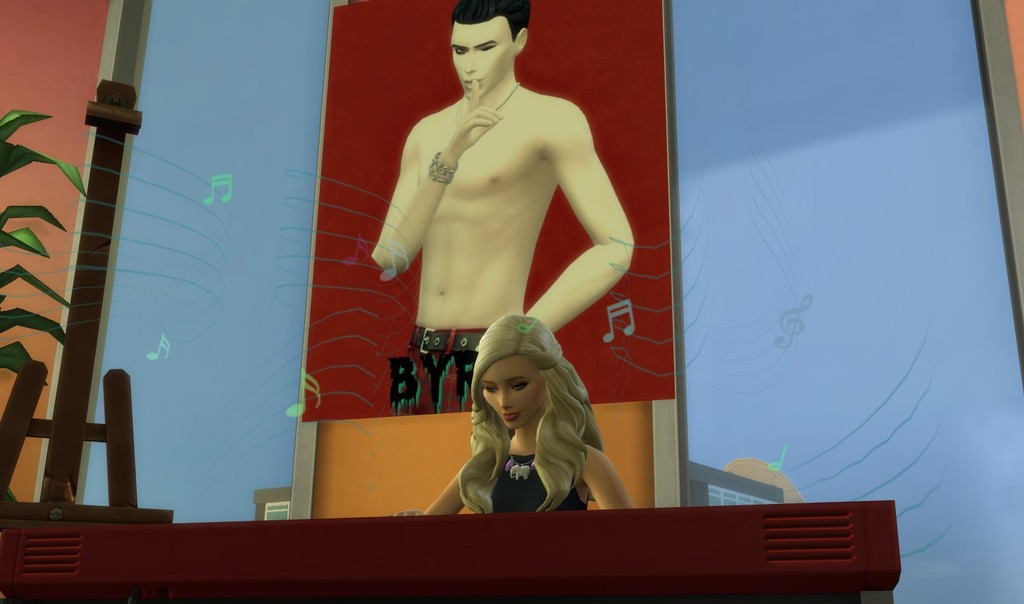 It was a song about my daddy. The man Mother stole from me and tossed in the trash like a paper plate.
​ 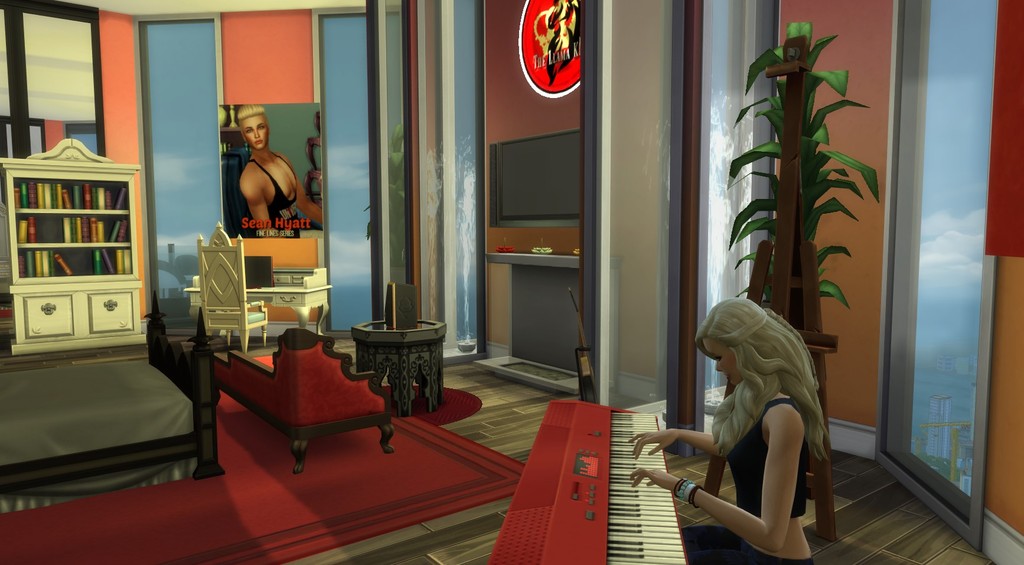 I'll never forget what happened. Even at eight, you never forget trama like that. My brothers had no idea. Sometimes I think they were the lucky ones, but then I knew better. I'd go through all that pain to remember who my real father was.

I was practicing the violin that morning. God, I was horrible. I sounded like a cross between an elk dying and a cat getting mauled by a dog. But Daddy always told me how wonderful I was doing and then gave me a few pointers to work on. 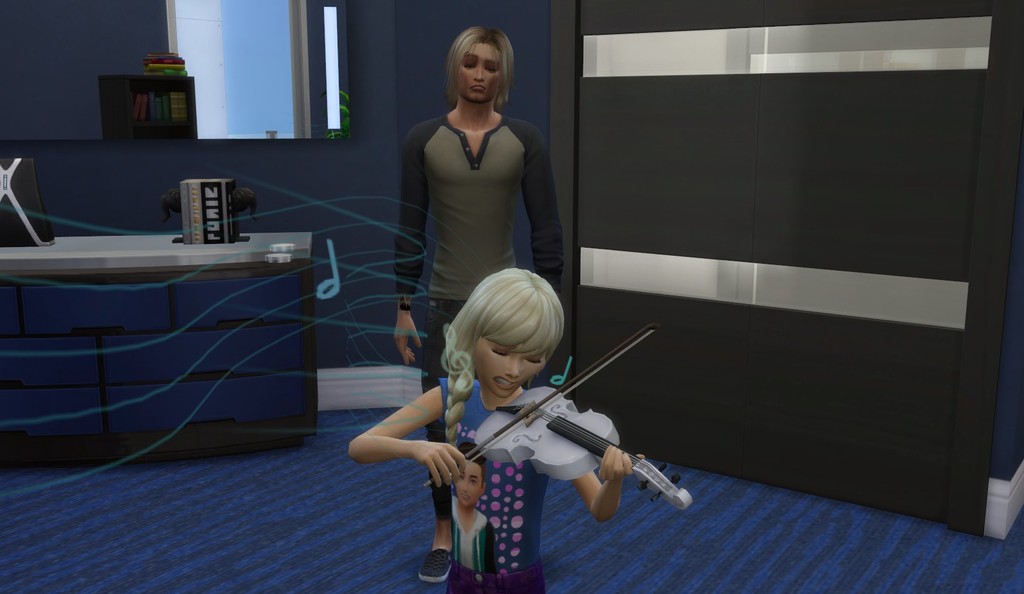 ​"Baby girl, we need to go." He said it in between those horrific notes.

I barely registered what he wanted. He'd never interrupted my practicing before, so I put down my instrument. When I turned around, it looked as if he'd been crying. The blood drained from my body. 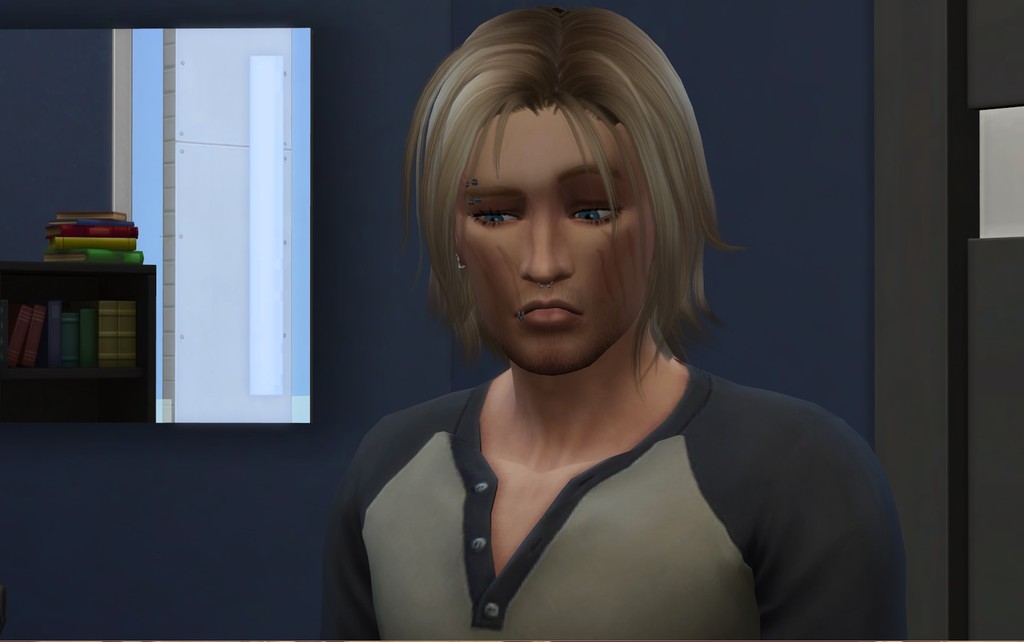 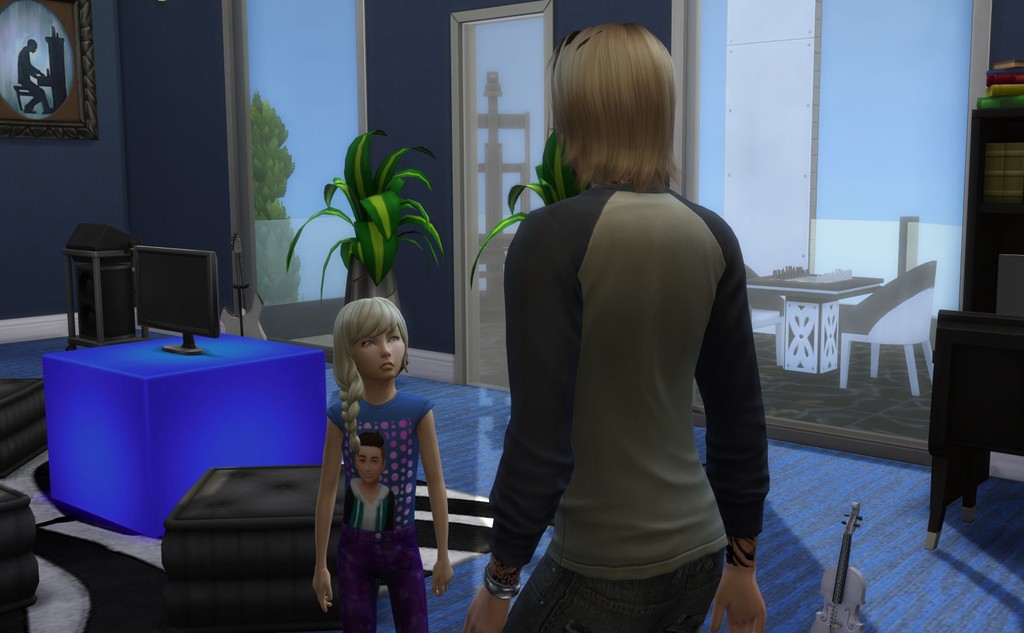 He didn't answer. Bending down, he swooped me into a hug and cried.
​ 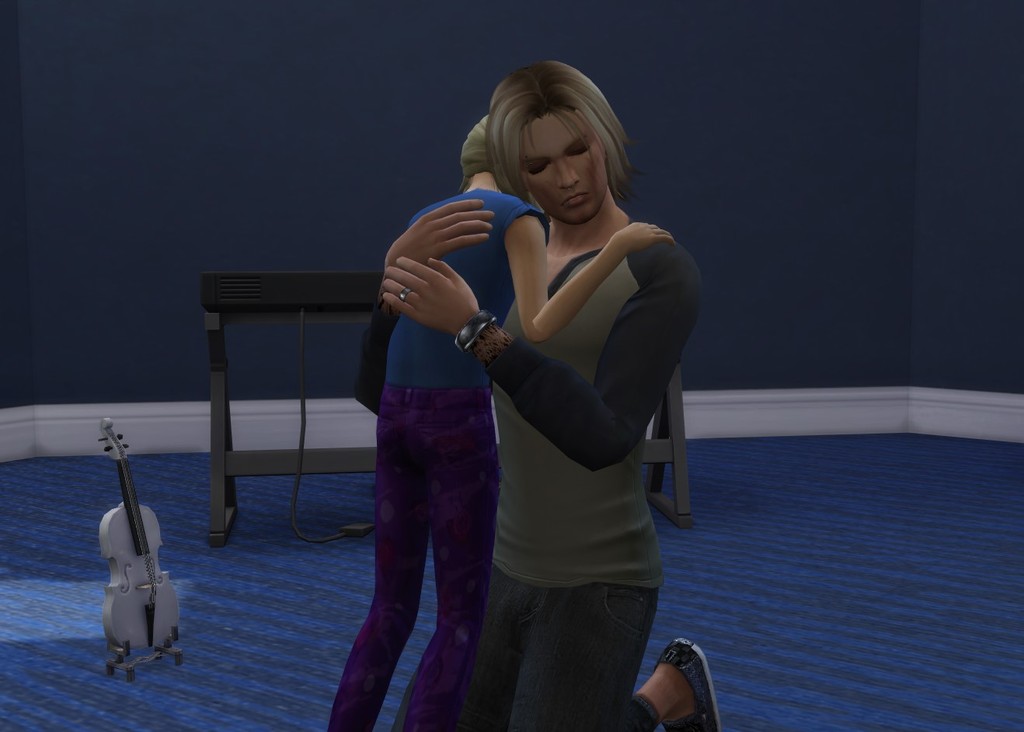 I cried with him. Bewildered, I had no idea what was making my daddy so sad, but I knew this. If he was sad, I was ten times sadder. I wanted to take away his pain.

Little did I know it would get much worse. 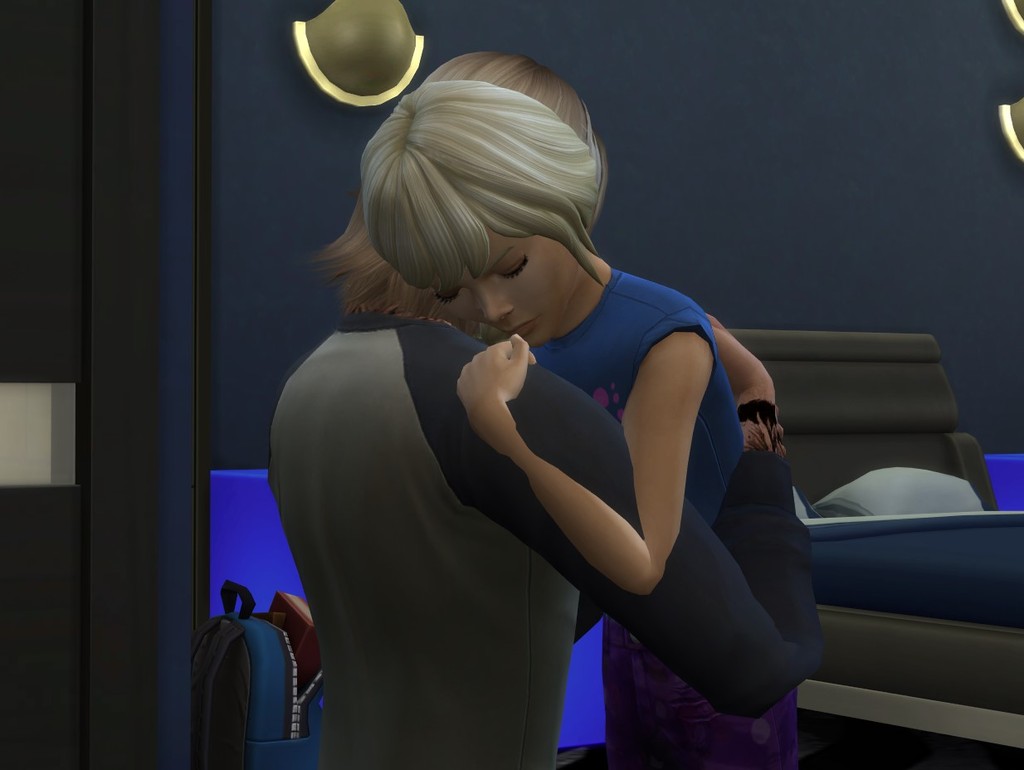 When we arrived at my grandparents house, I knew something was horribly wrong just by their faces.  I thought maybe someone died. Since my mother wasn't there, my little brain should have thought it was her, but I didn't. I just had no clue. I was a stupid kid back then. 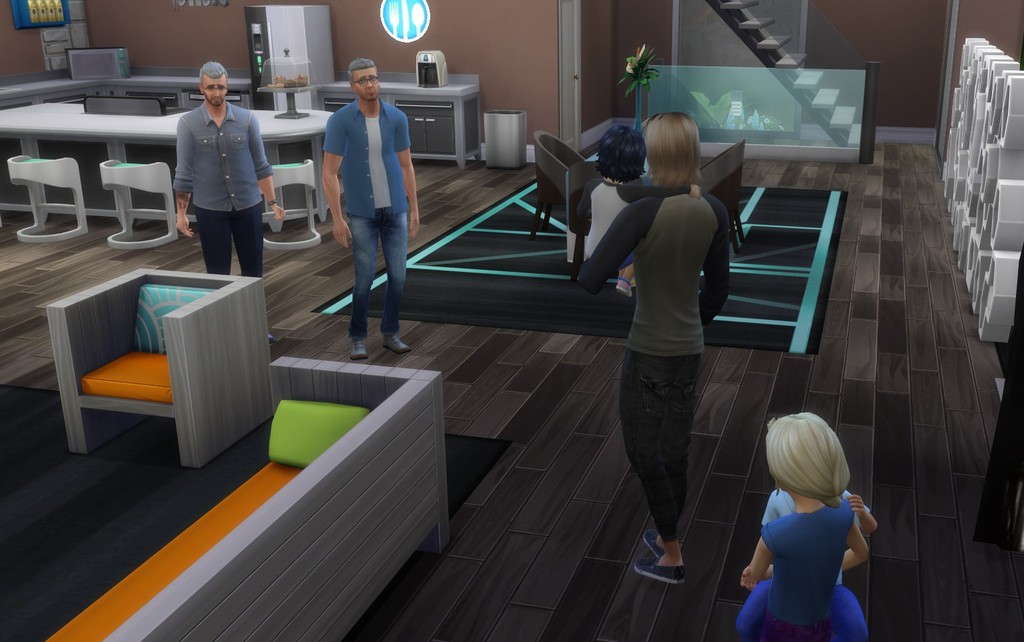 Grandpops told Daddy we could stay there for however long we needed. My mind still wondered why we were staying with them instead of home.
​ 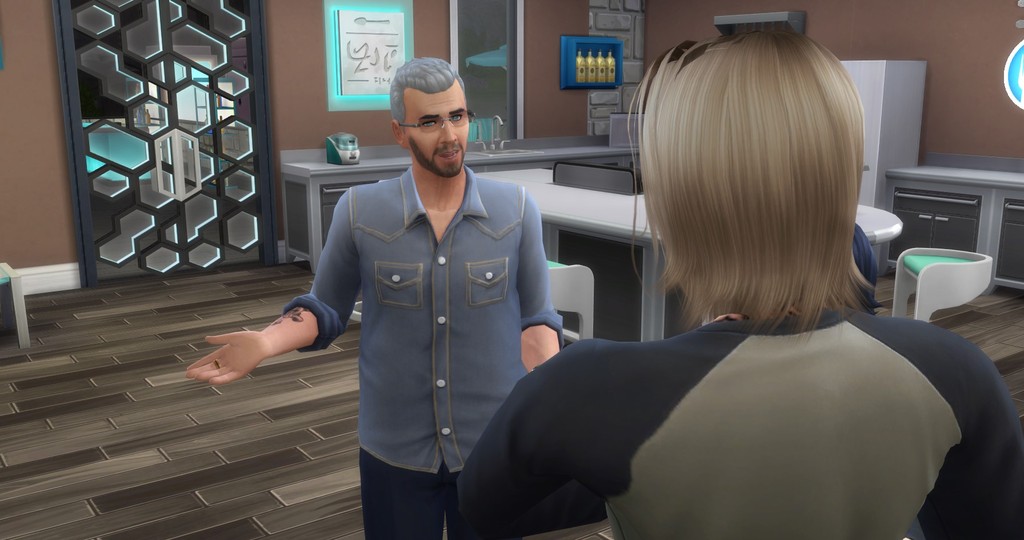 Granddad asked me if I wanted to shoot hoops out back. He sure understood how to distract kids. I totally forgot all the melancholy and jumped at the chance. I loved my grandparents so much.
​ 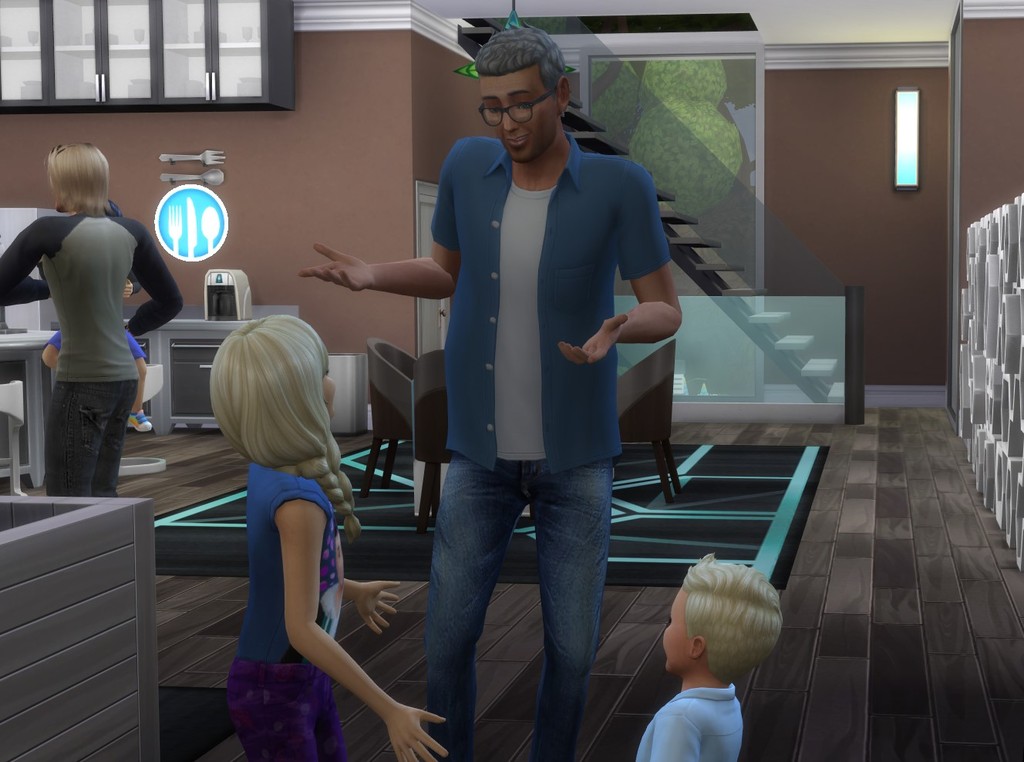 Before long, though, I found myself in a dark office that smelled like wood dusting oil and ink, staring at the lady who would change my life forever. 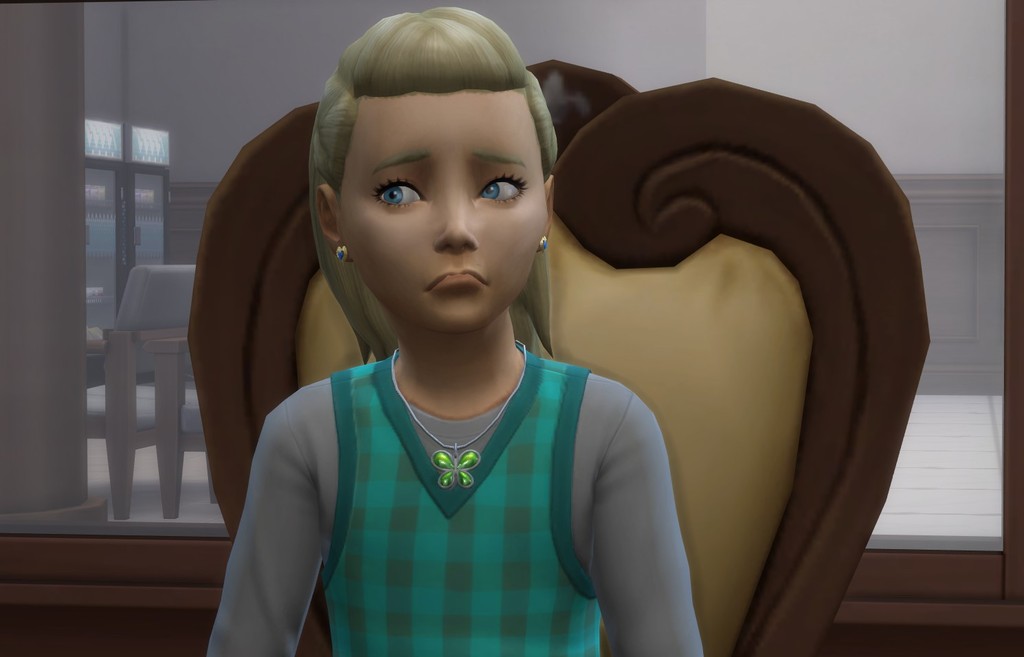 And I can't even remember the bitch's name. 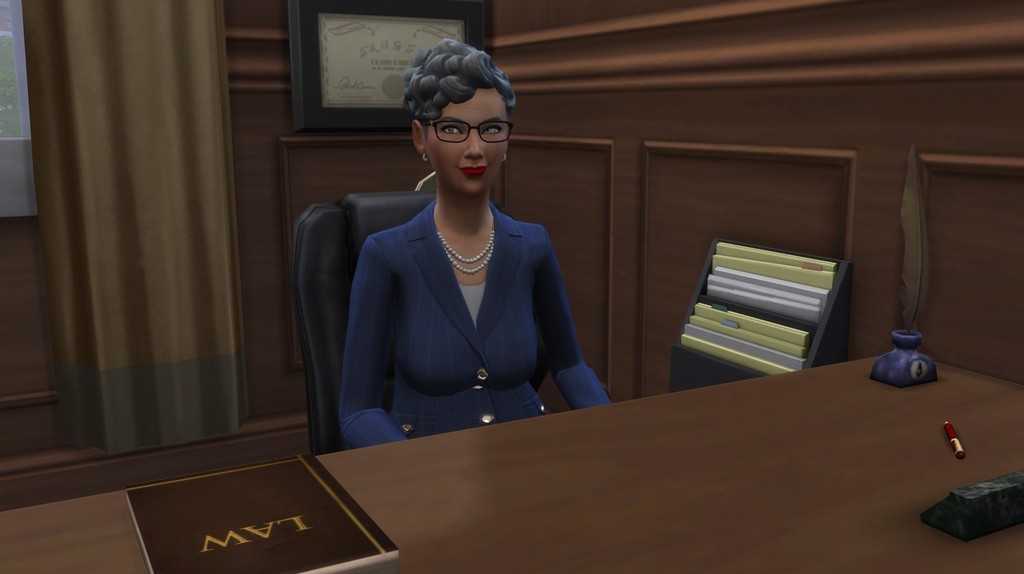 Daddy had hired the best lawyer. I remembered his name. Judd Wolff. He was a very nice man and told me he'd do everything he could so I could see Daddy whenever I'd wished. I also remember him telling me he had two kids my age. A boy and a girl. But that's all I remember about him.

The bitch asked me who I wanted to live with. I emphatically told her I wanted my daddy. I actually wanted to live with both of them, but if I had to choose, it would be him, no question. He understood me and even though I had limited thoughts back then, I knew my mother always wanted to control what I did. Daddy didn't. He encouraged me to do what I wanted.

Then Mr. Wolff spoke on behalf of Daddy for a long time. I remember getting distracted and zoning out a lot. 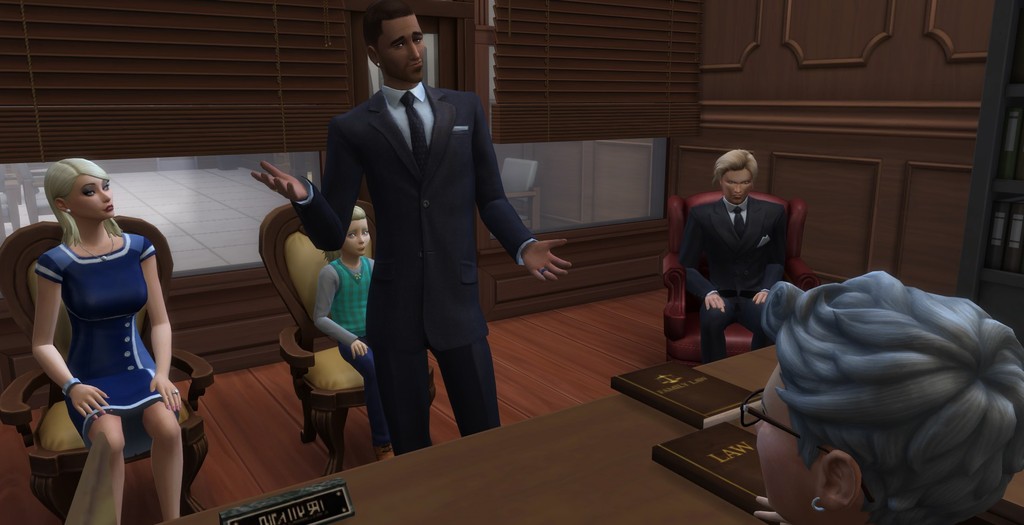 There was a lot of going back and forth. I got a sense that the bitch didn't like Daddy's band. Even for an eight year old, I could see it in her eyes at how she looked at him.

If I could go back to that moment now, I would have thrown a huge fit, jumped her desk and clawed her eyes out. 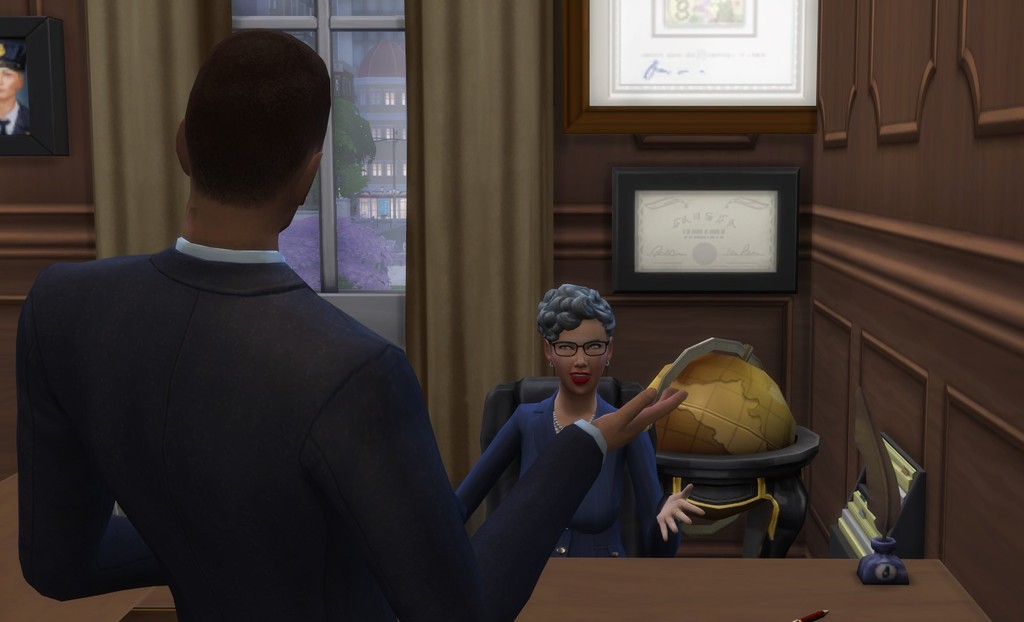 ​But I didn't know anything.

Next thing that happened was Mother whispering to me that everything was over and I had nothing to worry about. 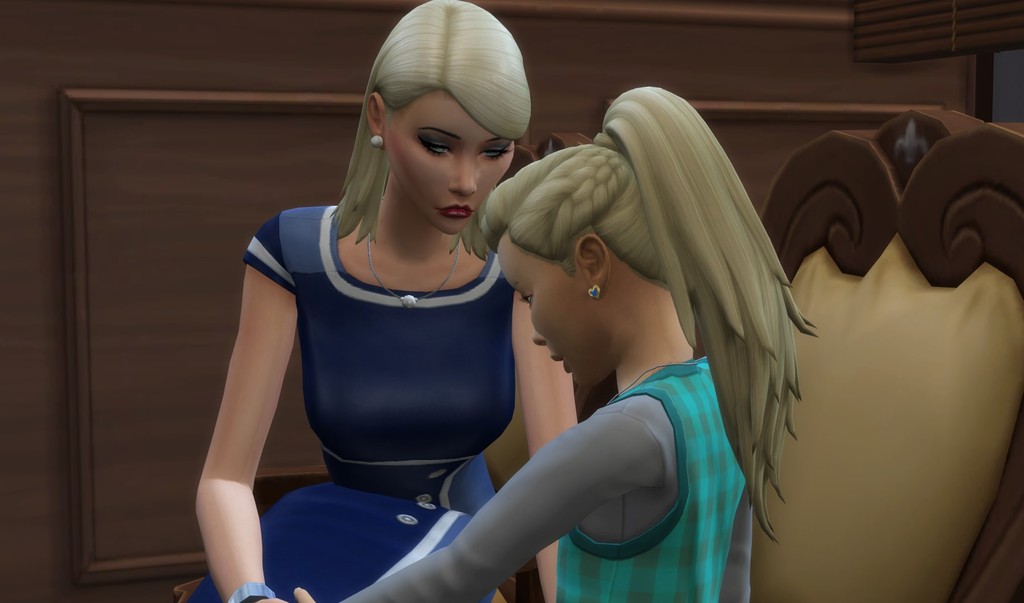 Nothing was ever going to be all right in my family again.

I screamed for her not to take me away from Daddy.
​ 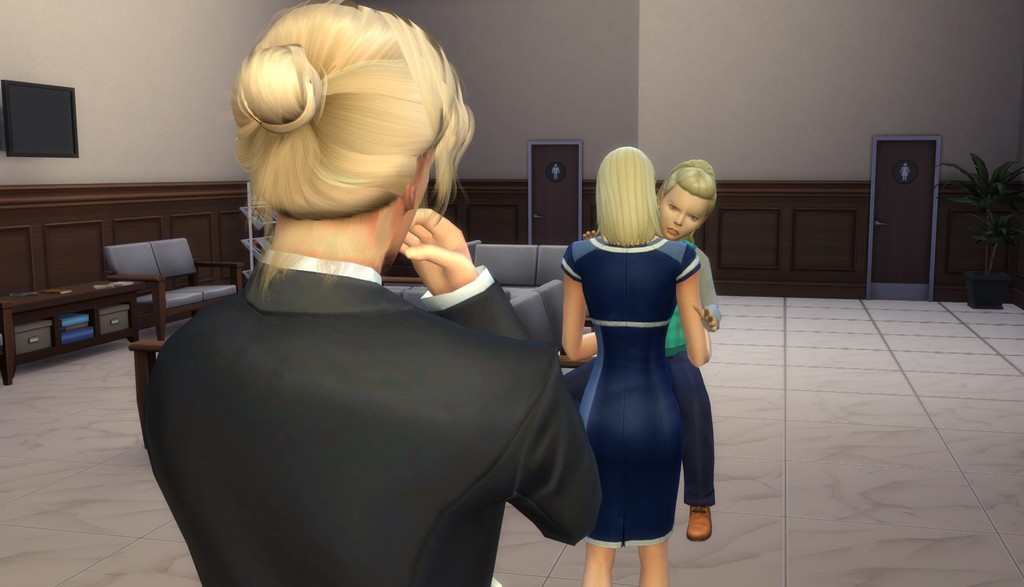 And I'll never forget the flood of tears in Daddy's eyes when he lost us. Lost his kids. Lost his world.
​ 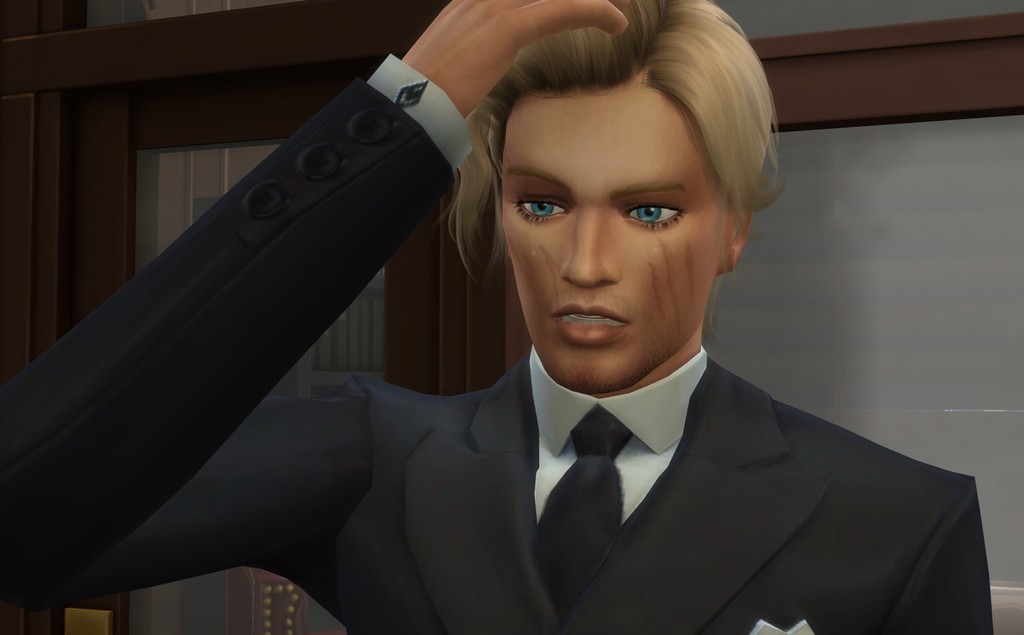 The bitch gave Daddy limited visitation rights which all but squashed any chance of him bonding with my little brothers. She said it was because of "the people" he associated himself with even though he'd assured her he'd quit his band, buy a condo just for us, and do music production only.

So, Daddy spiraled into depression. He went back to touring and eventually checked himself into rehab. He'd never done drugs before, but I guessed the pain just got to him. The tabloids had a field day at his expense. I was sheltered by it all until I did a paper about my hero in 7th grade. I unearthed all the dirty details, along with my mother's infidelity to her now husband, Paxton Wilkins.

If I hated her for taking Daddy from me then, I hated her with a passion after I'd found out.

Visitation rights were limited even more after that drug fiasco--until I'd turned thirteen. Daddy had been clean for five years, and I was allowed to spend one weekend a month with him. He would use his private jet to fly home, even if he was in the middle of a tour. He scheduled around this.

But my brothers couldn't stay with him until they turned 13, too. It was sad. They viewed Pax as their father. It sickened me. But I couldn't blame them.

Pax was a good father to them.
​ 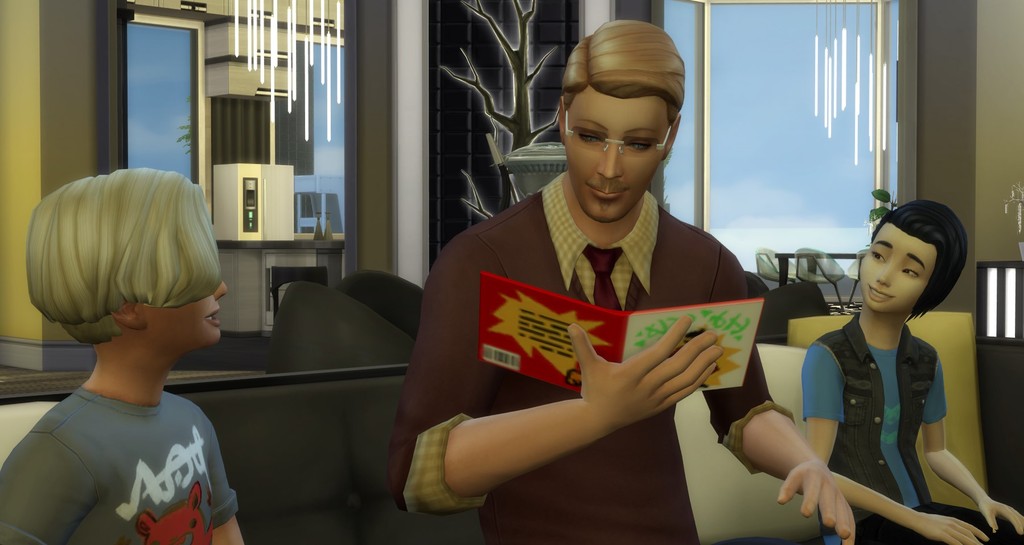 Hearing the doorbell ring, I raced downstairs to find Daddy joking around with Eli. 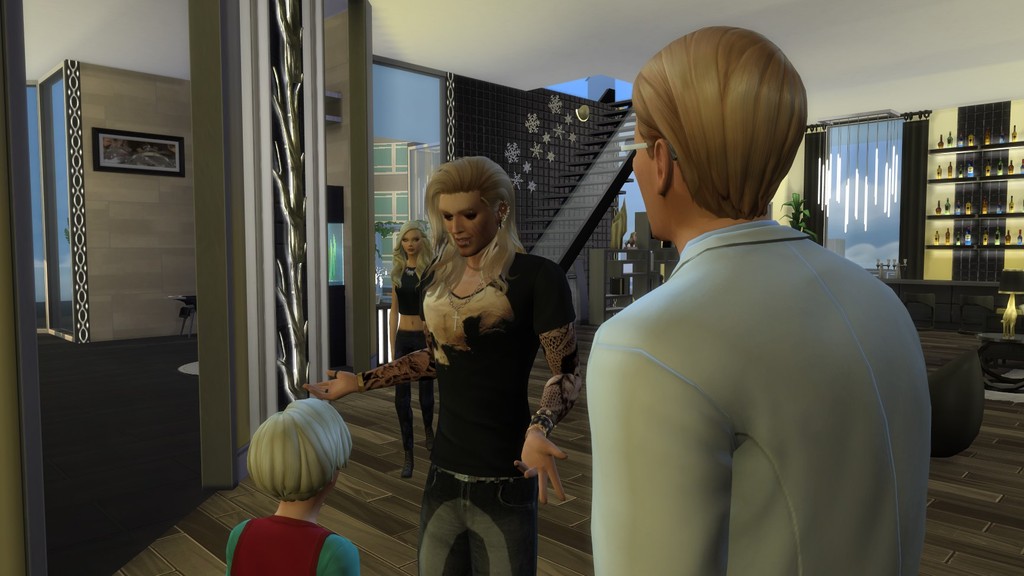 Pax just stood there awkwardly. Daddy tried to time our pick up for when Pax and Mother would be gone, but he'd come home early for some reason. Daddy ignored him.
​ 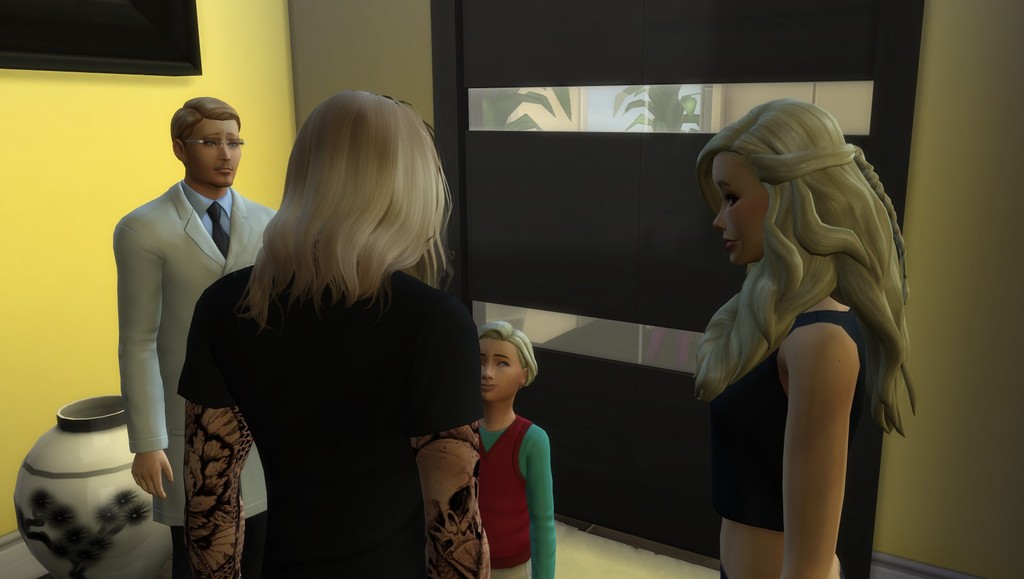 Hugging my brothers, he looked so happy to see them. And they were always glad to see him, too, but I'd talked to Eli about Daddy one day. He told me he thought of Daddy like a super rich uncle that would buy him anything. Pax was his dad. I yelled at him for that, making him upset at me, but later, I felt badly. It wasn't his fault for feeling like that. 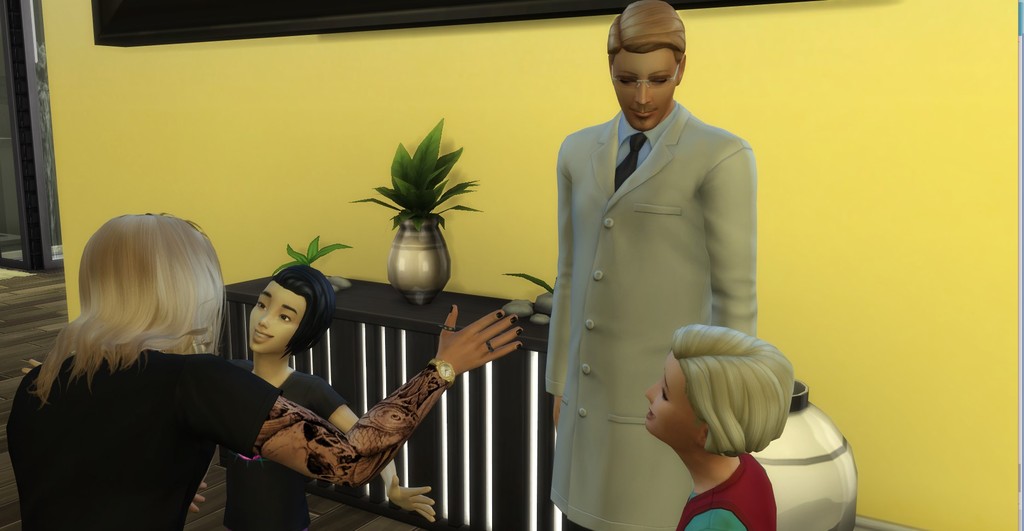 Latching onto him myself, I squeezed him, smelling his spicy cologne. "Hey, Daddy," I said. "I missed you."
​ 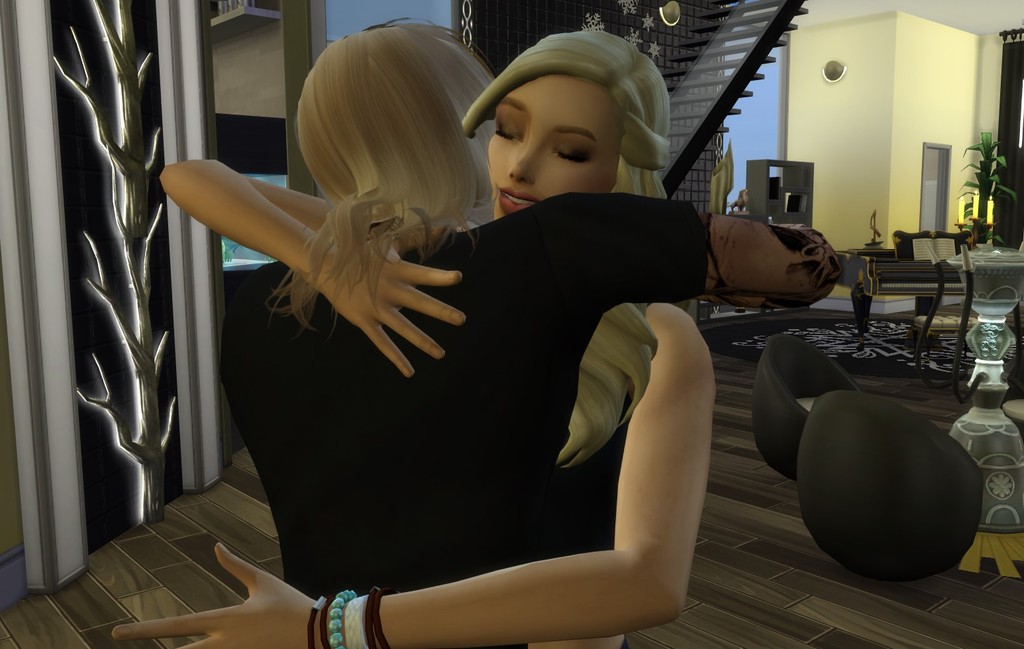 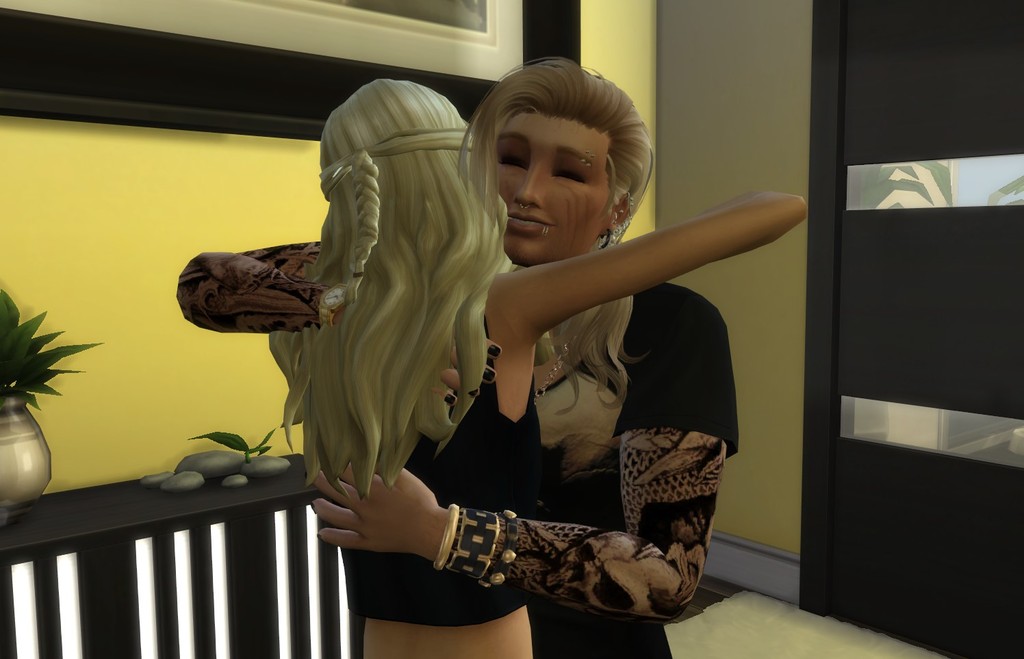 
Special thanks to LadyLobster for giving me some HUNKY Byron pics for Siobhan's walls. (Yes...that's Byron Blackwell from Fangs for the Memories. Siobhan is a HUGE Byron fan...if you haven't read this AWESOME story, get thee now and start reading. It's funny, well written, and Byron is the most loveable vampire in the history of the Sims, imo...  )

And thanks to xjojox for giving me Sean Hyatt's picture as well--Sean Hyatt is from Fine Lines. This is one of my very favorite stories on the forum, so you should check it out as well. A romance with swoonworthy hunks (as well as author @xJojox is an artist in all the pics. You will be amazed!)