After that talk with Beau, over the next few weeks, we fell in step, getting closer than ever, if that's possible. Instead of me being friends with just Briar or just Beau, we all three hung out. The two of them would meet me at my locker in the mornings and whenever possible, I'd go over to their apartment where we'd watch movies, fish on the pier, or just goof off. 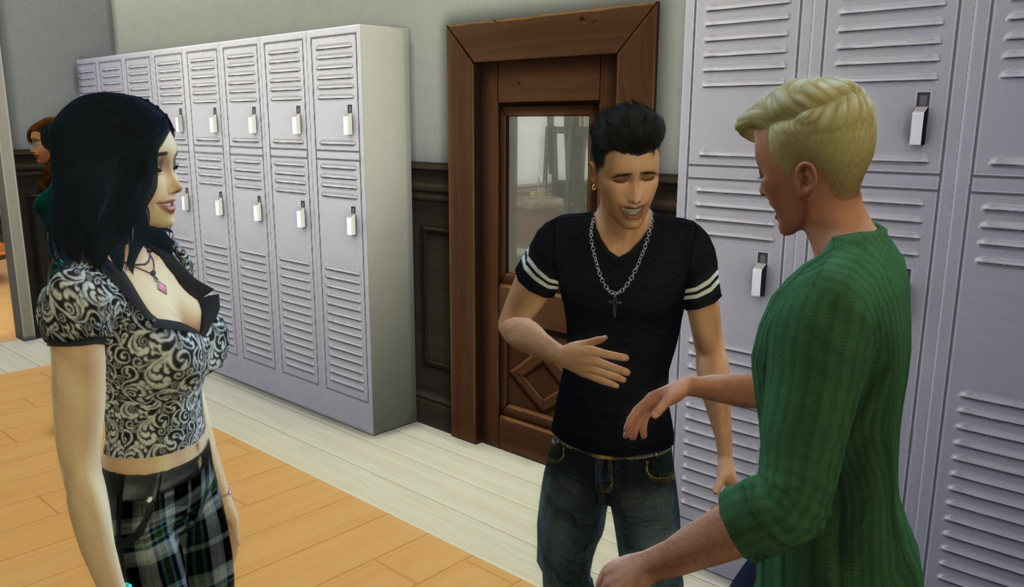 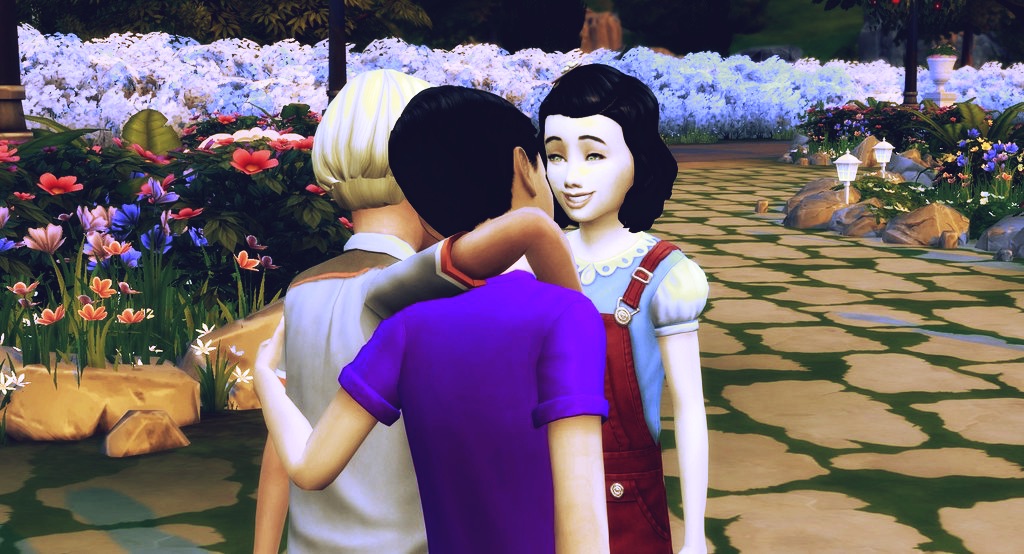 But today, neither one of them showed up.
​ 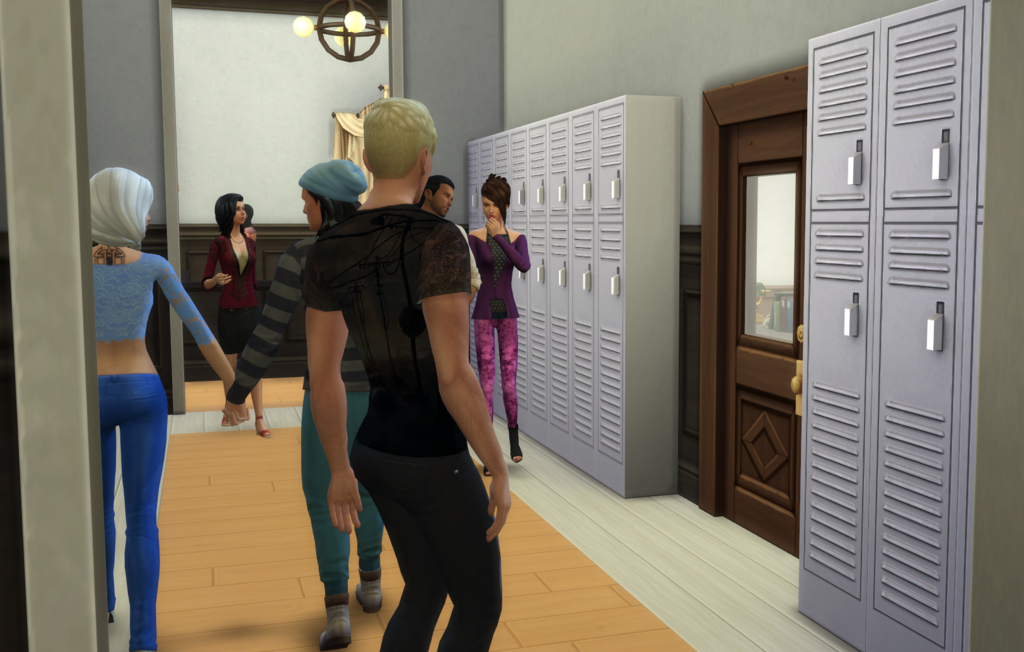 Puzzled, I tapped out a message to Beau. 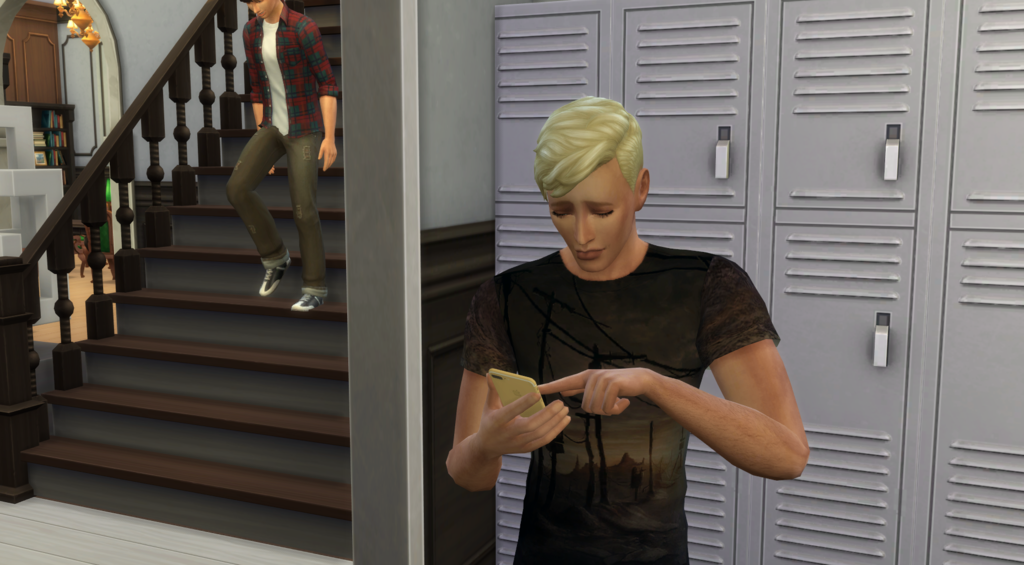 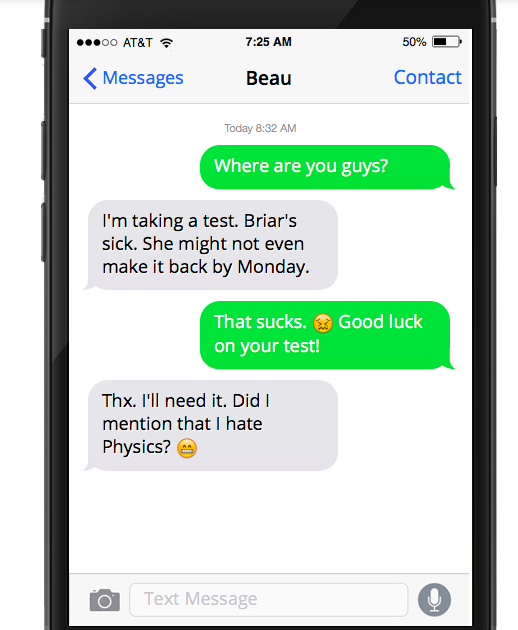 Next, I texted Briar. I hated thinking of her alone in that apartment. Maybe Daniel was with her making her feel better, but if not, hopefully, I could bring her some soup.
​ 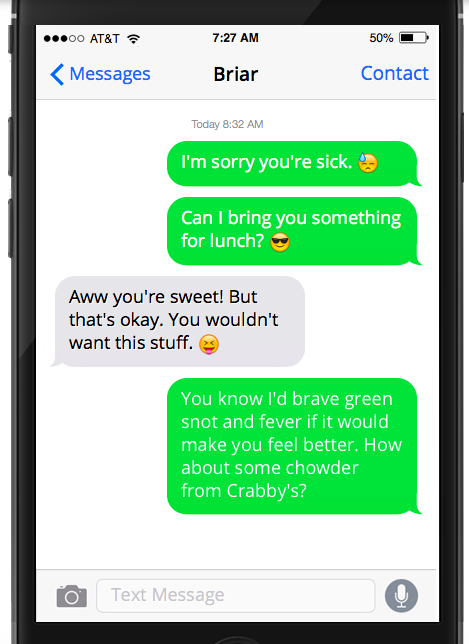 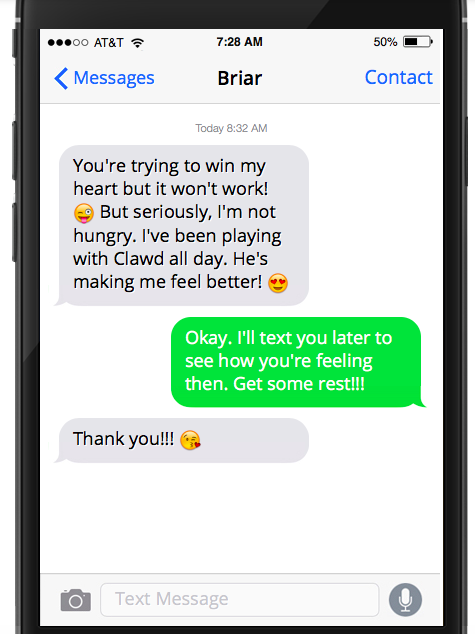 By lunchtime, I decided to visit her anyway. Her apartment was only a street away. Why not let her see a friendly face? Plus, I could talk her into eating that soup if I were there in person.

When I knocked, I heard her ask, "Beau? Did you forget your key?" Then her eyes widened as she opened the door. "August? What are you doing here?"
​ 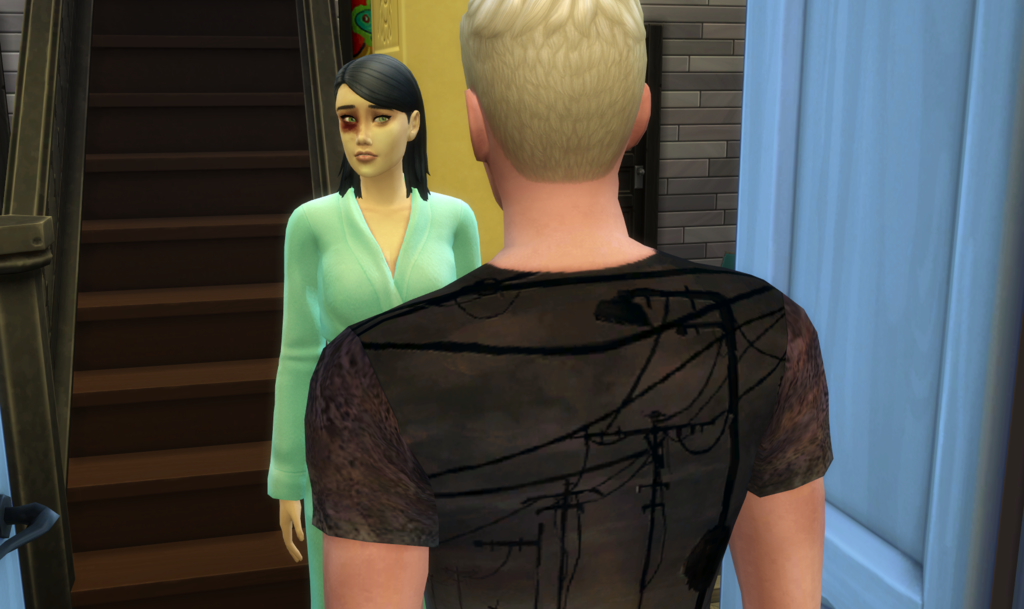 It took a moment for me to process what I was seeing and then it registered. I gripped her arms and cried, "My God! What the hell happened to you, Briar?"
​ 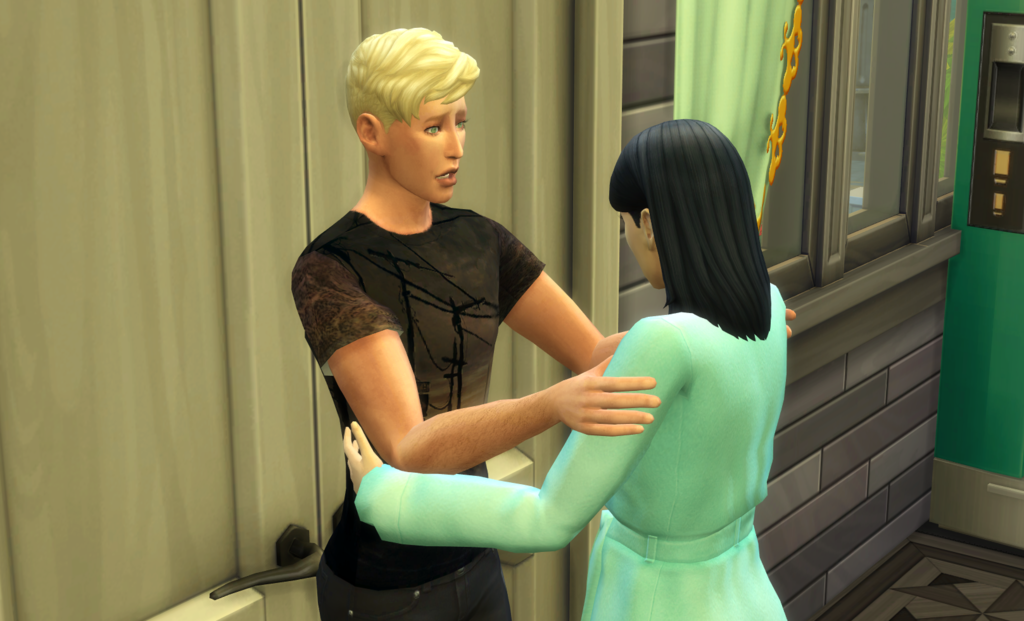 Grabbing my shirt, she said, "August. What are you doing here? You need to go home." 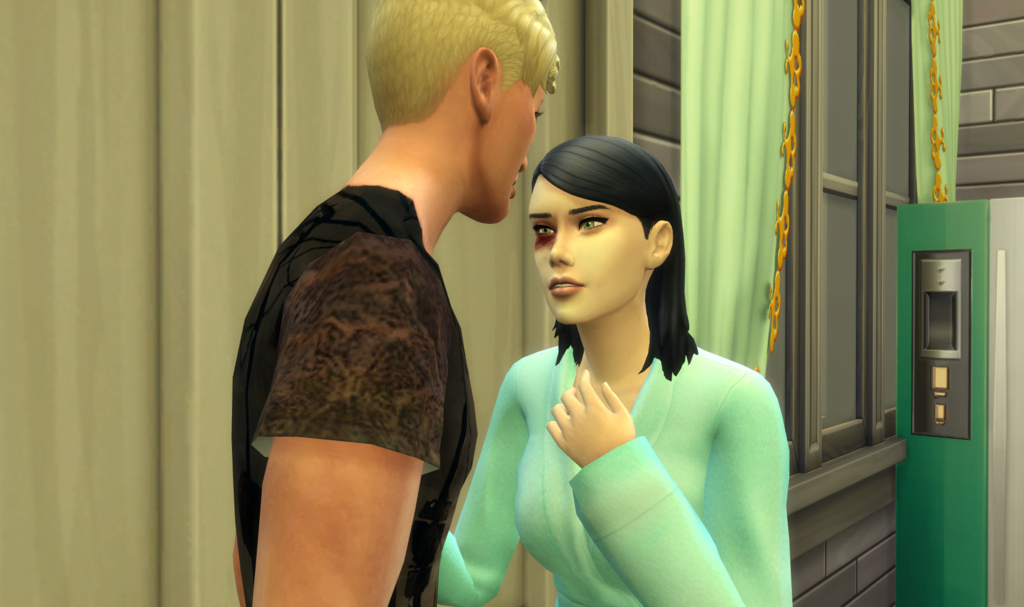 And then exactly who put those bruises on her face hit me like a 100 mile an hour hurricane.

I was going to kill him.

​"That fucking asshole," I hissed. Turning, I stormed for the door.

Briar pulled on my arm to stop me. "No, August, please don't! Just let it go!" 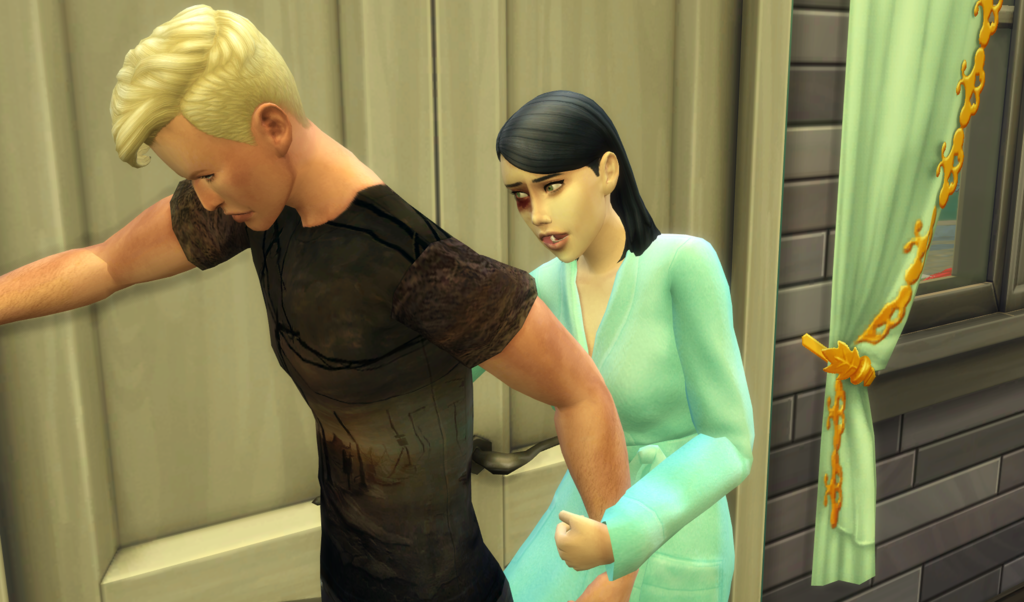 Rage was an understatement in what I was feeling. Jerking my arm out of her grip, I said, "Nothing is going to stop me from putting that mother fucker in the hospital."

Instantly, she sank down to the ground, crying into her hand. "God, no, August, please! Don't go near him. He'll kill you." Her shoulders shook as she weeped. Those cries pierced my heart. I couldn't stand seeing her like that. 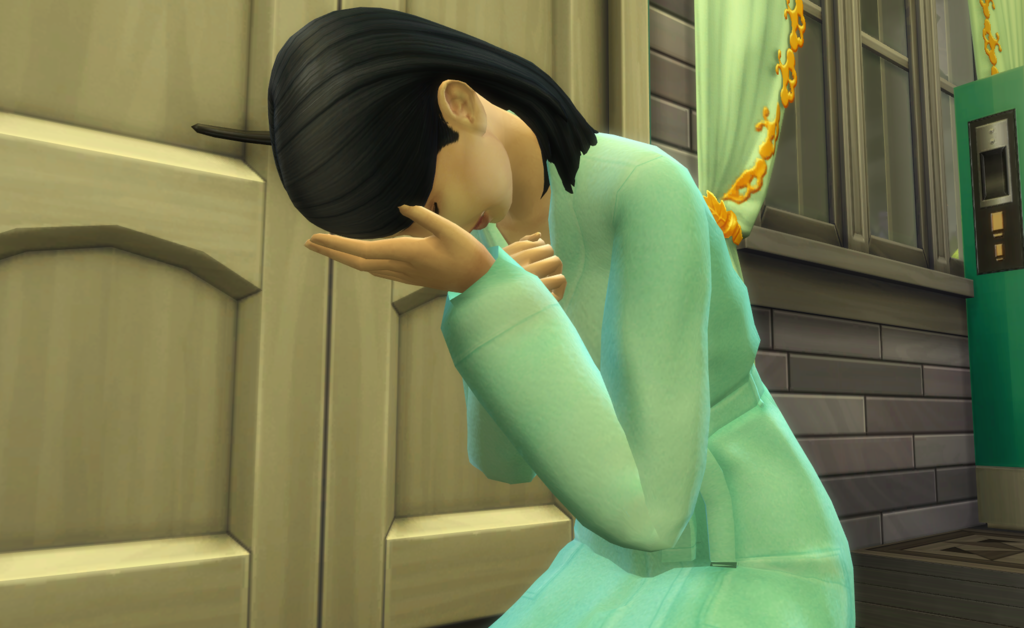 Wrapping her up in my arms and cradling her, I whispered, "I'm going to the police, Briar. He can't do this to you." 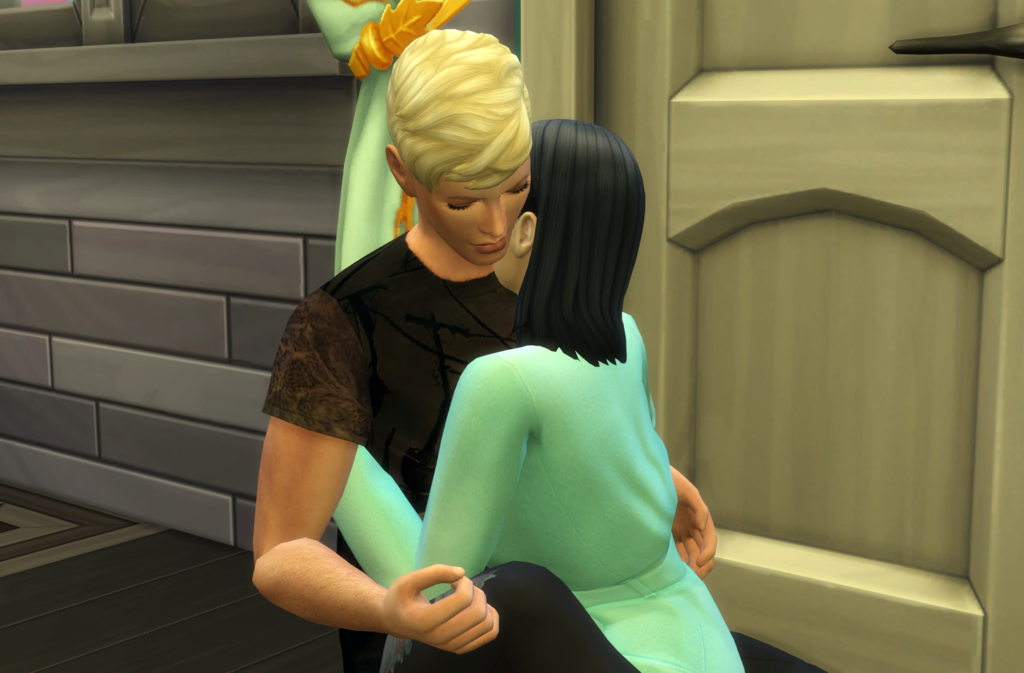 Wiping her tears, she said, "The Fortners have control over the police. I'm serious, August. Don't go near him. Forget you saw anything. Promise me you won't do anything. Please? If you care anything for me, you'll just leave it alone."

I stared at the window, not believing all of this. She didn't understand. Someone had to stop him. Daniel Fortner couldn't beat her up and get away with it.
​ 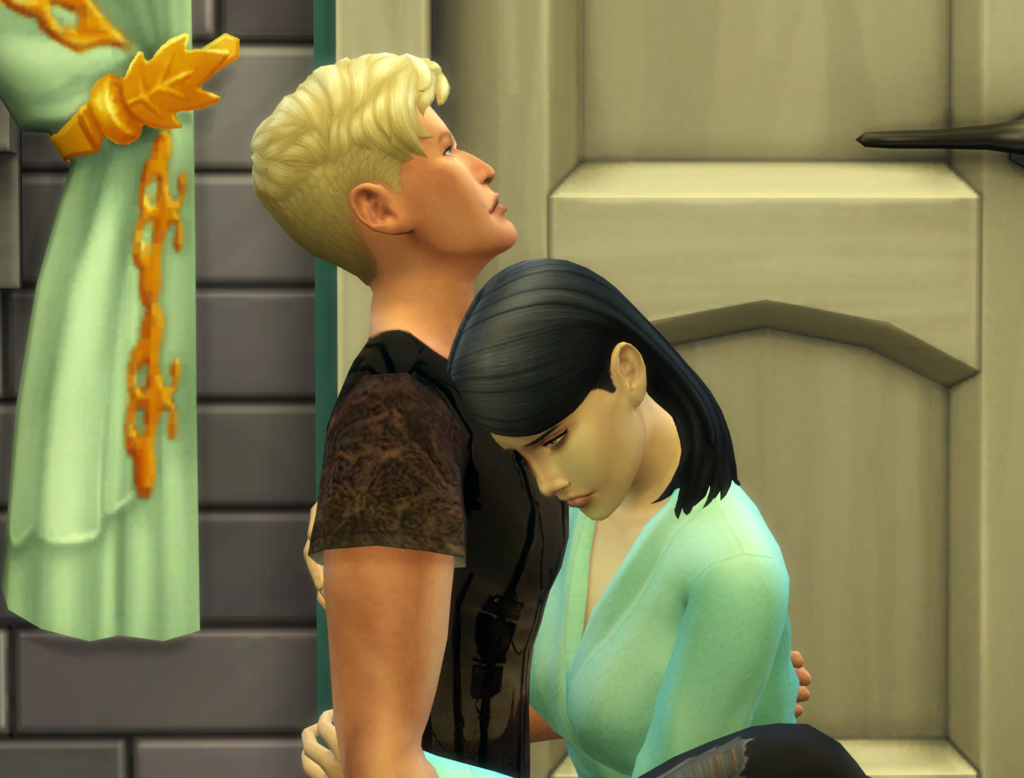 When I didn't make her that promise, she pulled me closer to her and whispered in my ear, "August, please. I don't know what I'd do if anything happened to you. You don't understand who the Fortners are...you won't win against them." 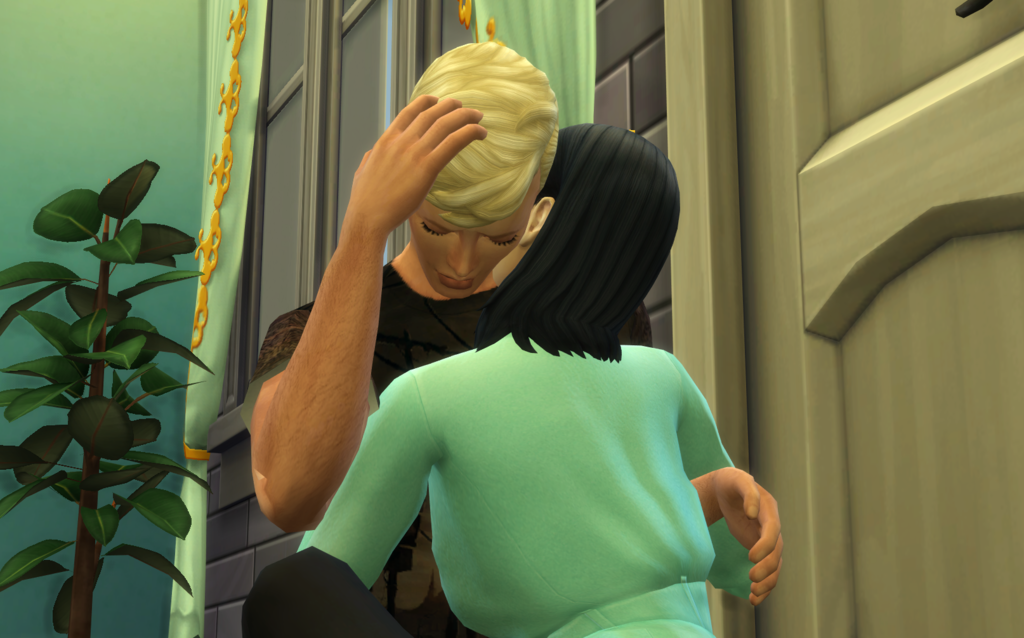 She sniffed, hugging me tighter. "I did and um..." her voice cracked, "h-he wouldn't accept it so...August, promise me. I...I'd never forgive myself if he hurt you, too." 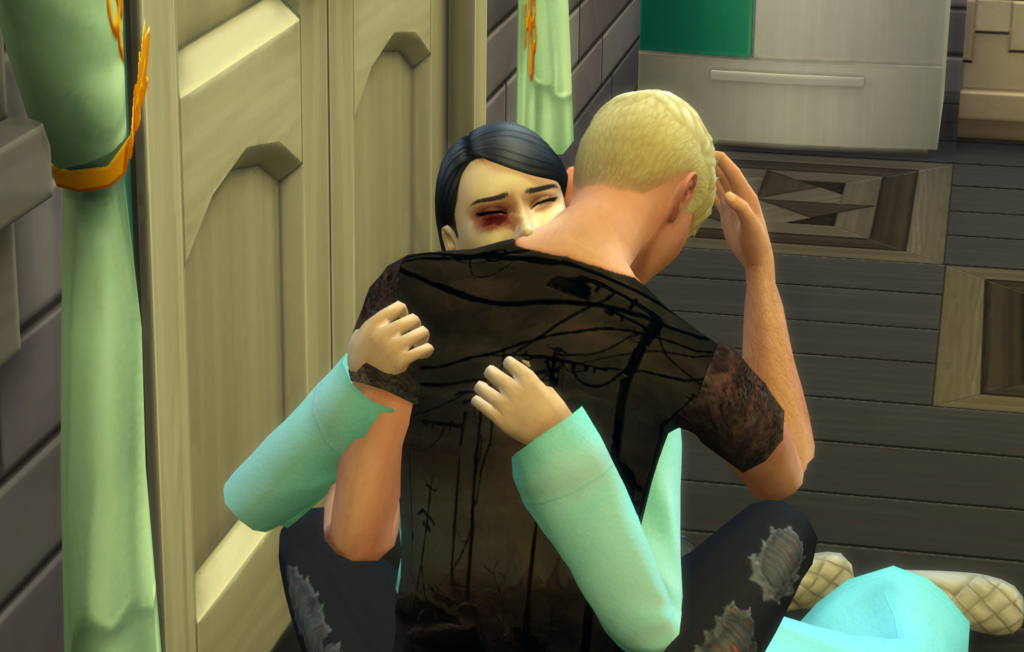 Every fiber in me roared with hatred for this guy. He wasn't going to get away with it. I didn't care who he was or how many police he had at his side. Daniel Fortner was going to pay for this crime. All I had to do was outsmart him.

Stroking Briar's back as she sobbed into my shoulder, I rocked her and said, "It's going to be okay, Briar. Don't worry."
​ 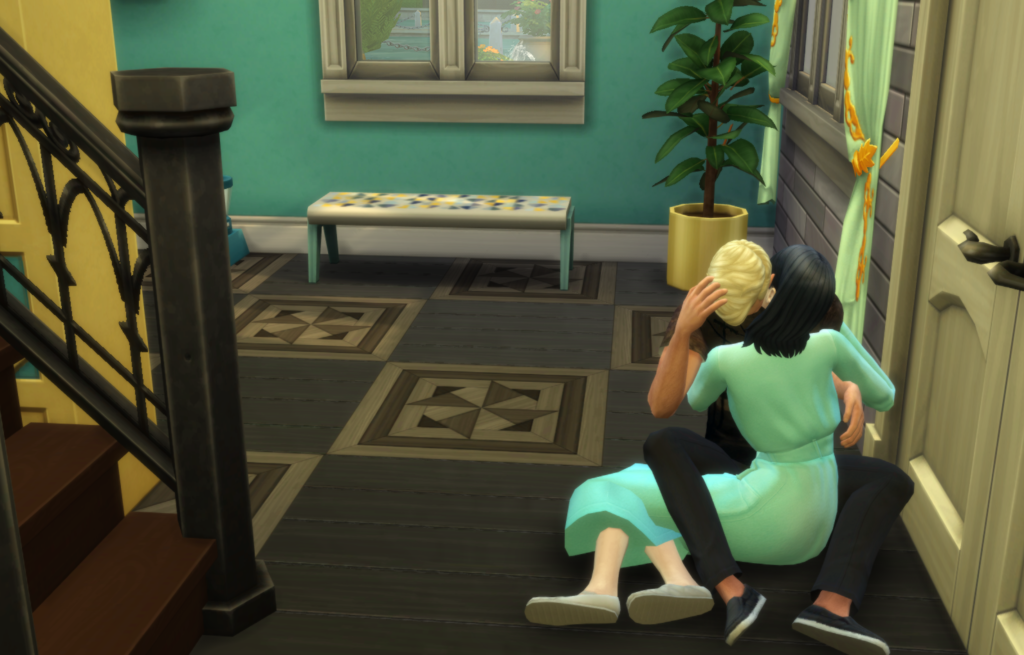 After school, I couldn't find Beau and he didn't answer my texts either. I was so angry at him first of all, for lying to me, and second of all, not doing anything about this. He usually worked at The Pirate's Cove on Friday's so I zipped over there right before his shift. 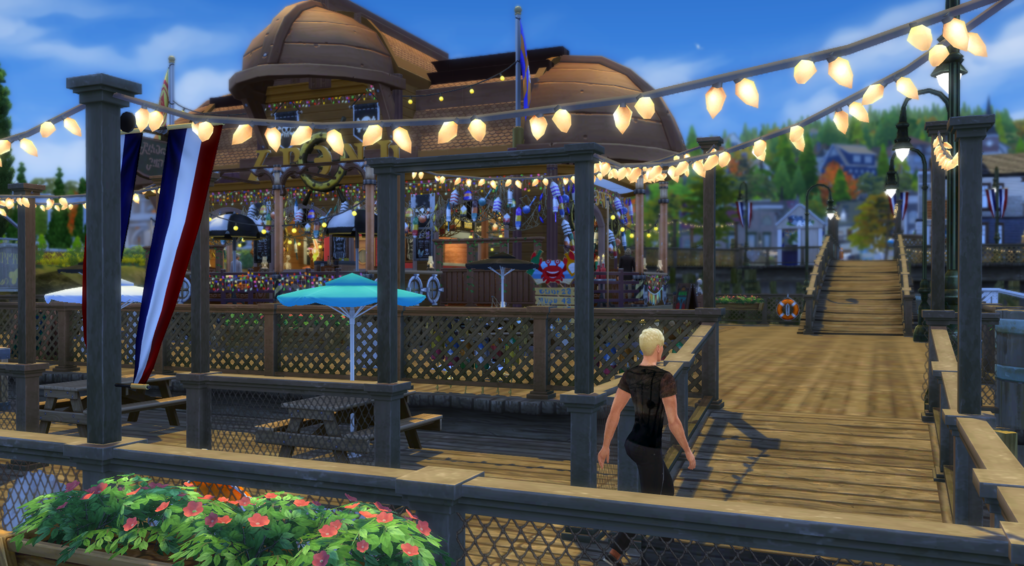 I tried to keep my emotions in check. I didn't want to start a fight, but I was seething about this situation.
​ 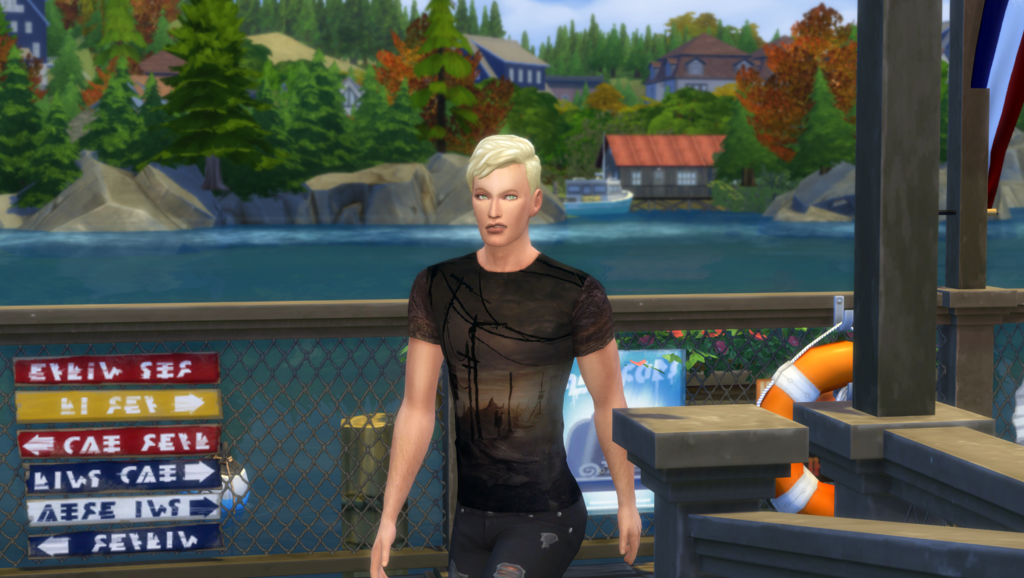 I found him near the bar and sat down. All I had to do was look at him and he motioned to me. "August, you need to chill. Let's go outside."
​ 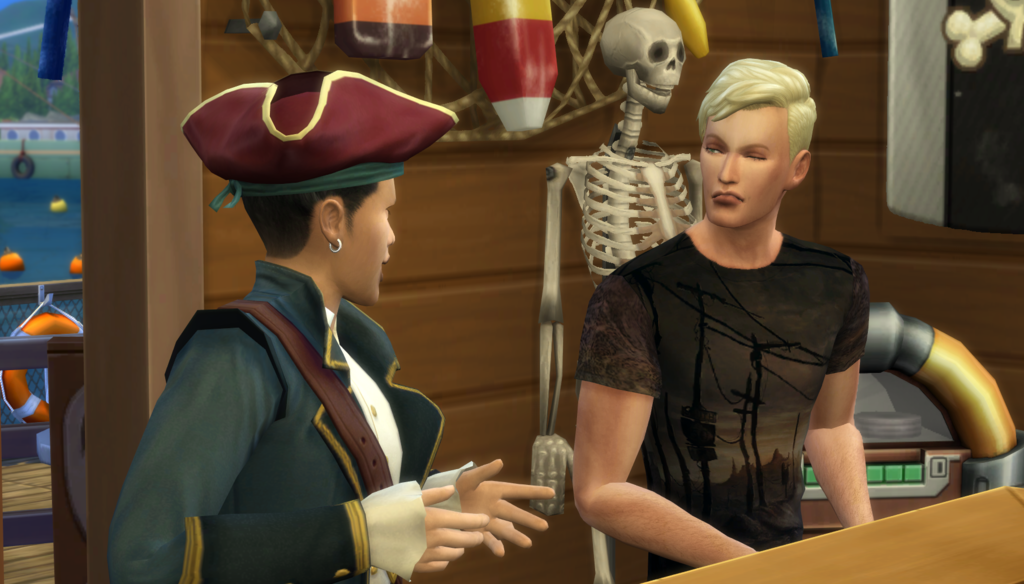 Sitting at one of the picnic tables, I couldn't hold back. "Okay, I'll chill. You just need to explain how you could let that fucking bastard beat up your sister then lie to me about it."

"Listen, August, you don't get it. It's not just a simple thing that happened. I can't just go over to Daniel and say, 'Look, dude, you hurt my sister so I'm going to hurt you.' I'd end up in a body bag just like my dad."

"So, the Fortners killed your dad?"

He shrugged. "I don't know. It's just...me and Briar don't buy the story Mr. Fortner told us. We were packing up to leave. Dad was getting out. Then the next day, Mr. Fortner says Dad's been in a horrible accident. The timing was suspicious."
​ 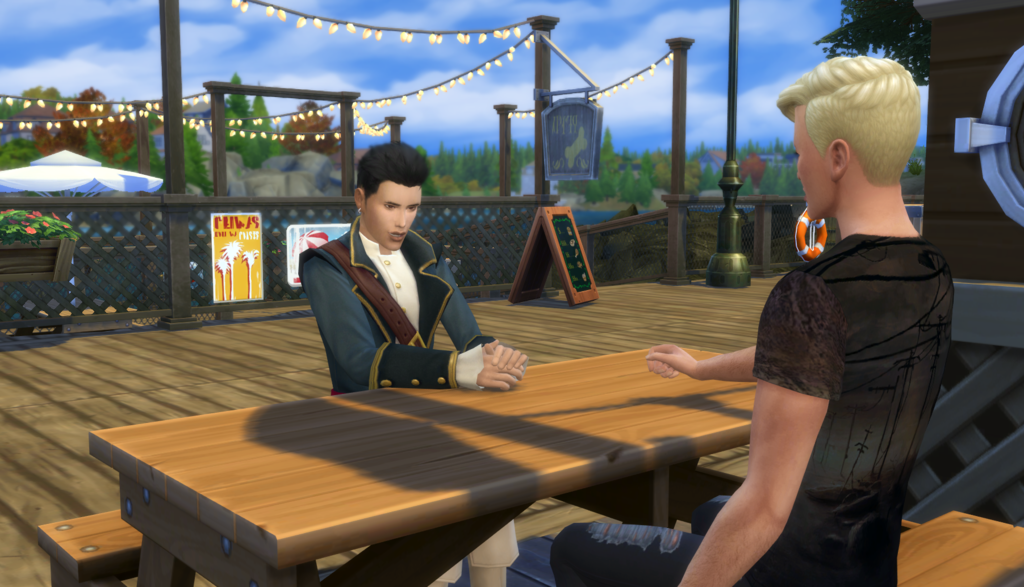 I shook my head not believing all of this. "So, you're just going to allow your sister to stay with a guy who beats her up? She broke up with him and he wouldn't allow it. That's nuts." I felt so helpless. The Fortners sounded like the Italian mafia.

"I talked to Ethan about it. He told me to bide my time and then leave after graduation. He knows a guy who can help us hide from them. Until then, we put up with his shit."

Sighing loudly, I looked away. "I don't know, Beau. I just can't let that bastard get away with it. I've got to do something." 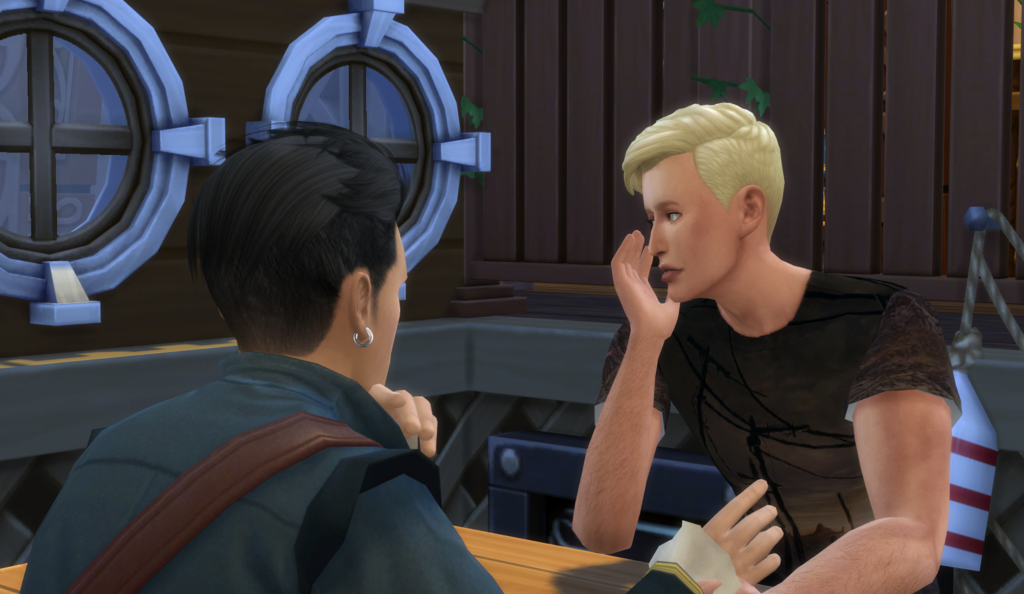 Beau jumped to his feet. "Leave it alone, August. This isn't any of your business. I've got it handled."
​ 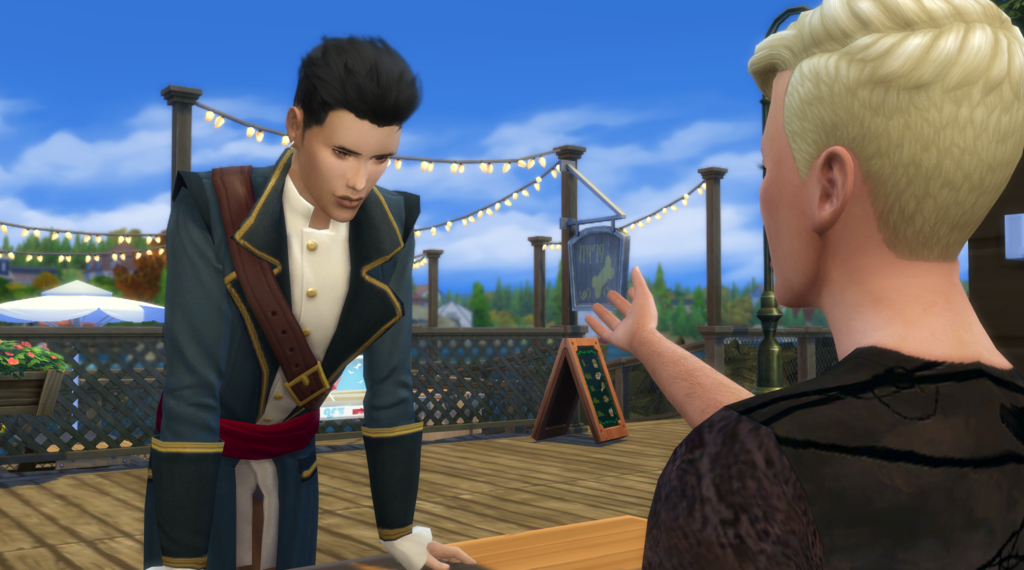 "Beau, you can't be serious. Your plan is to let her get abused until after graduation. Go to the FBI with this. These people can't get away with bribing the police, beating people up, or murdering them!" 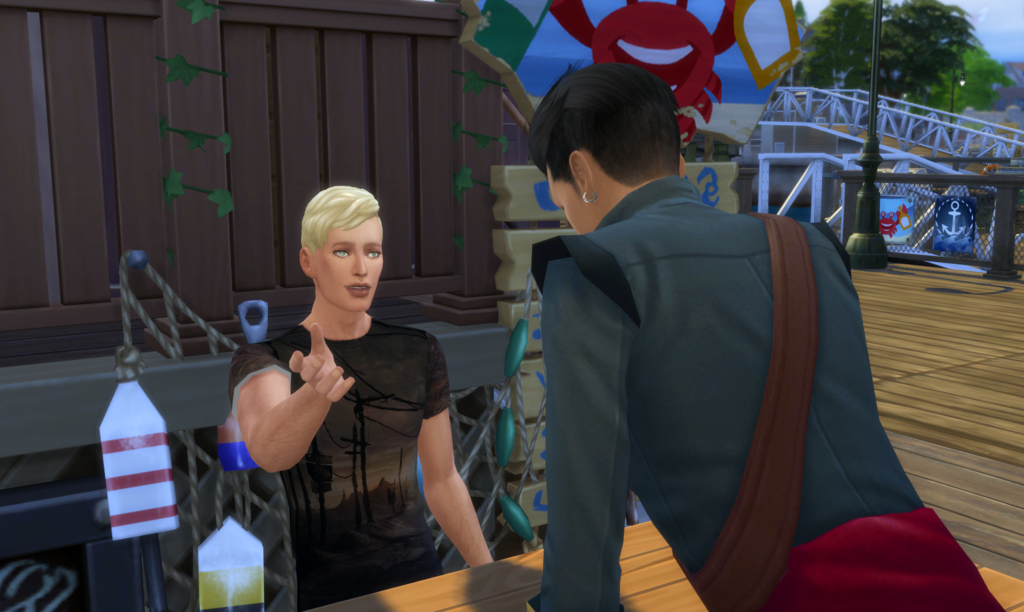 "We don't have the evidence for any murder and the FBI aren't going to investigate a domestic violence case. I'm done talking to you about it, August. Stay out of it!"

He moved to leave but I got in his way. "I'm telling you, Beau, if you won't go to the FBI, I will. I'm not going to stand by and let Briar be abused by this guy. The Fortners are going down." 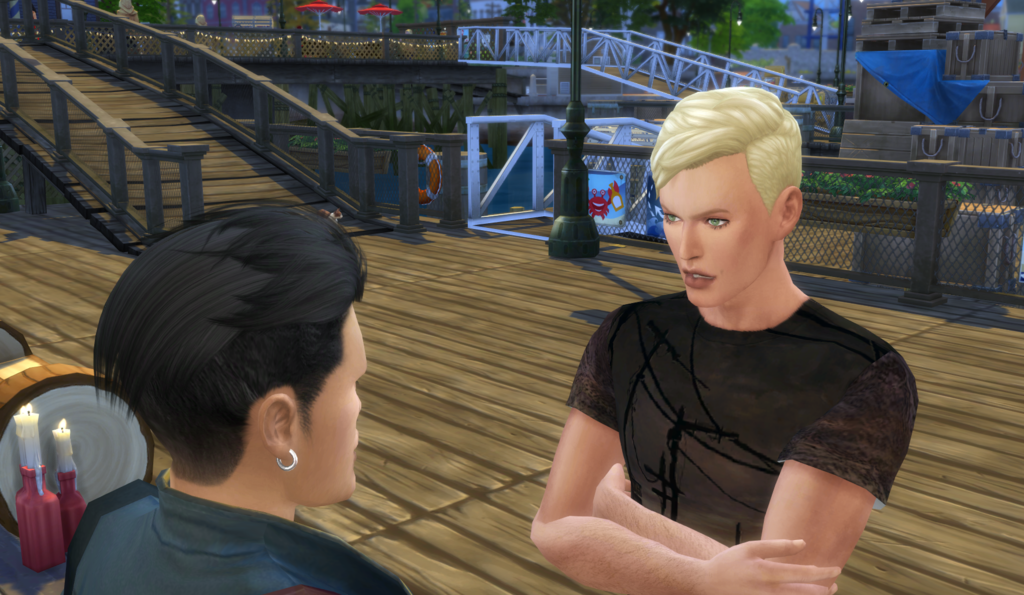 He closed his eyes then took my hand and squeezed sending shivers up my arm. "August, before you do anything stupid, talk to Ethan. Okay?" He dropped my hand then said, "I've got to go."

Stunned, I watched him put on his pirate hat and disappear into the restaurant.

What did Ethan have to do with anything?
​
Powered by