By the time I arrived at the upstairs gym, Lashes was already working out.
​ 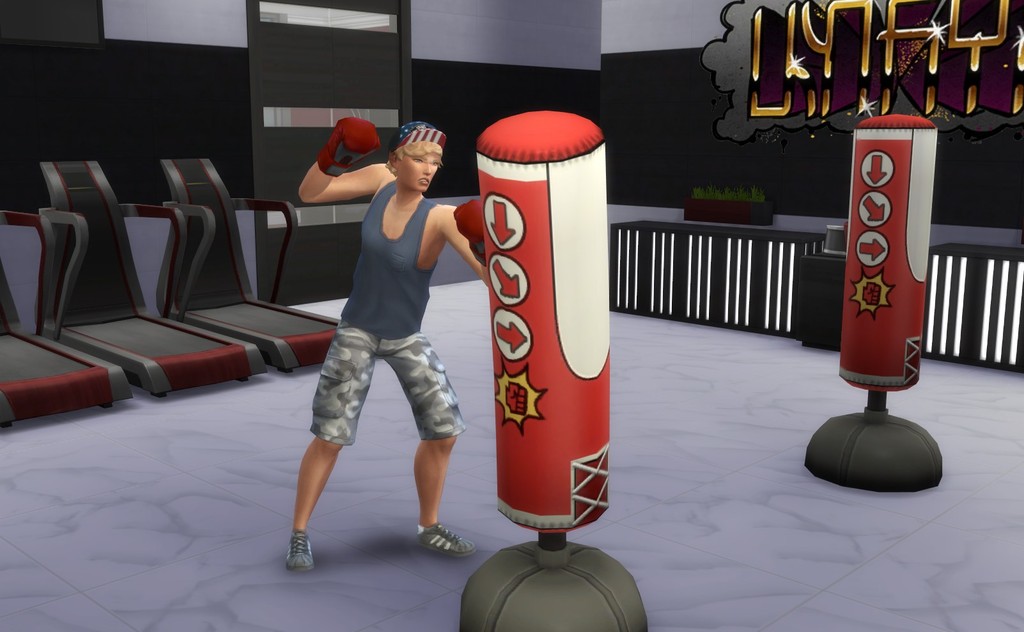 I called Alex Lashes because he had the longest lashes I’d ever seen on a man. Plus, I wanted to get a rise out of him. He had been all business this morning, and I thought I’d break through that wall he surrounded himself with by joking around.

“Okay, Lashes, it’s time to do some ground work. Stop laying into that poor bag.”
​ 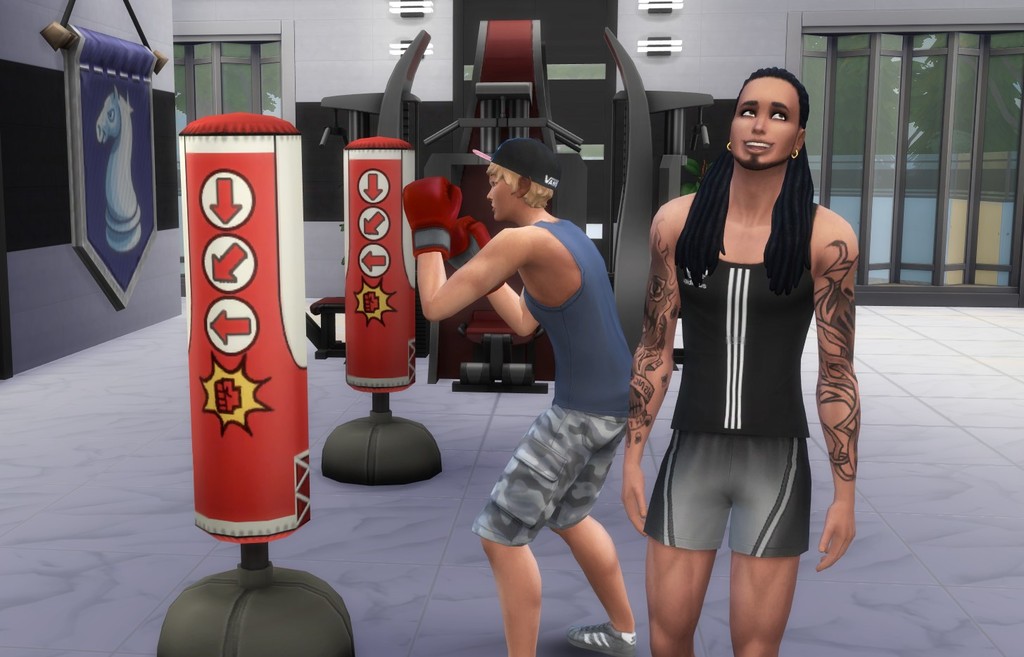 He paused, taking off his gloves. “Who the hell are you calling Lashes?”

I laughed. “You, my friend. You have crazy long eyelashes. Do you wear mascara or what?” I couldn’t help but snicker at him. He gave me such a horrible sneer.

“Do you really want a black eye?” he asked.

I laughed even louder.
​ 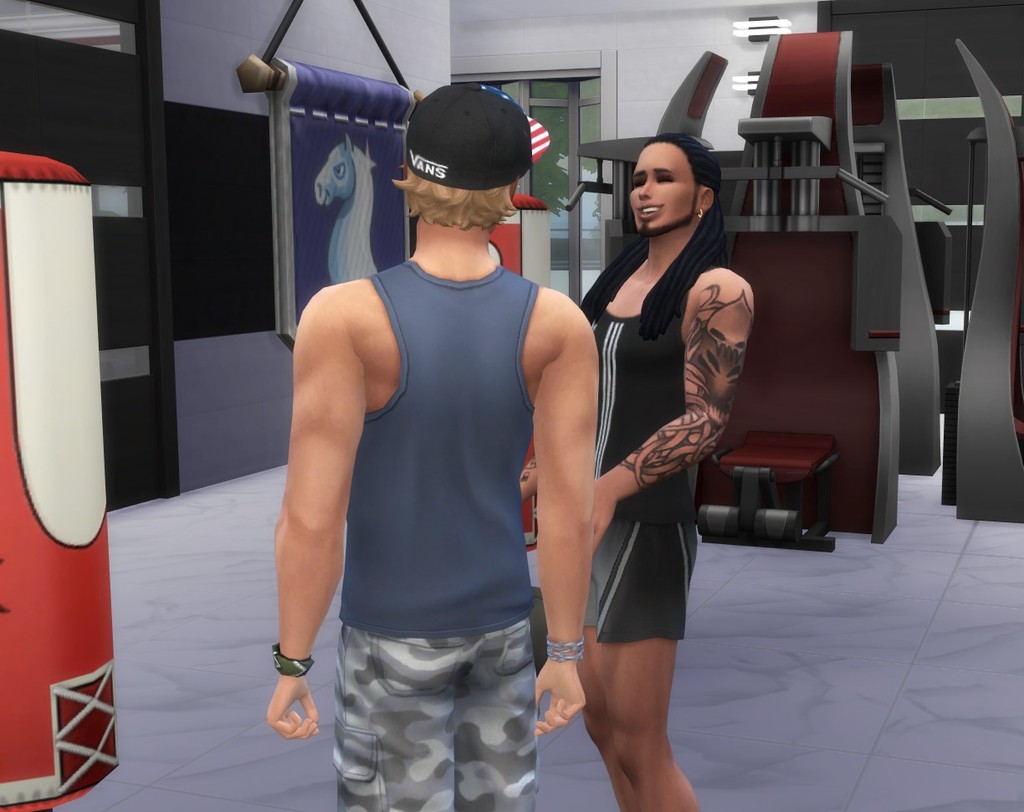 “I hear you’re an MMA champion. You need to impress me. Let’s start with some basic moves. Okay?”
​ 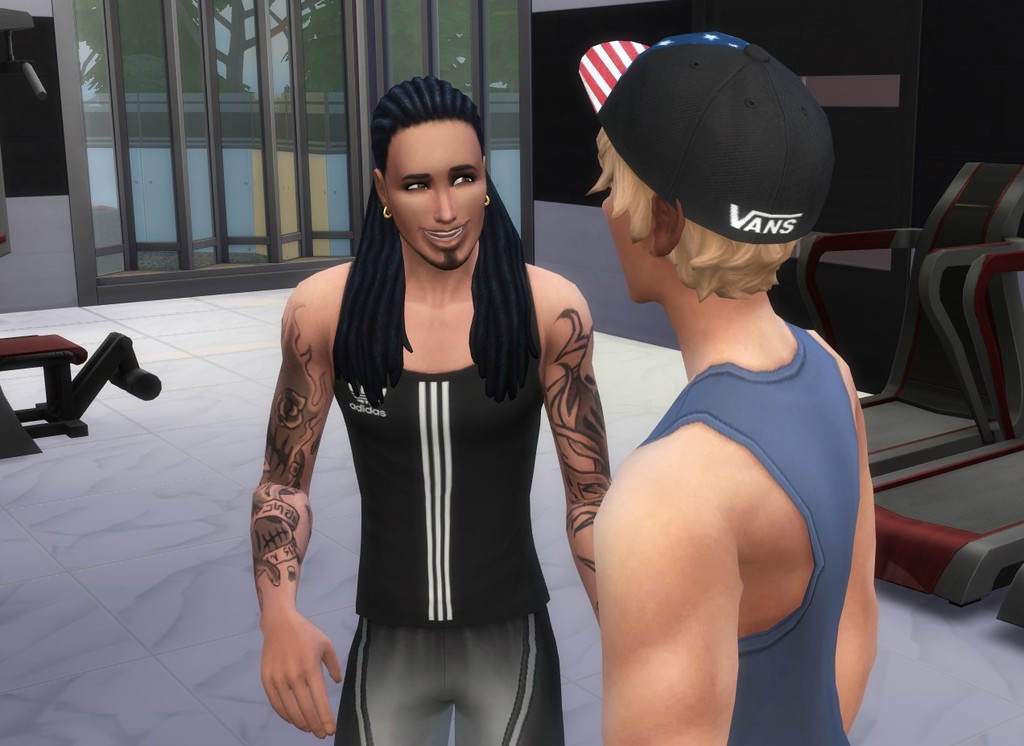 He nodded, still giving me the stink eye for calling him Lashes. I wasn’t going to let up on that. If I could get him off balance, maybe I’d survive our workout.
​ 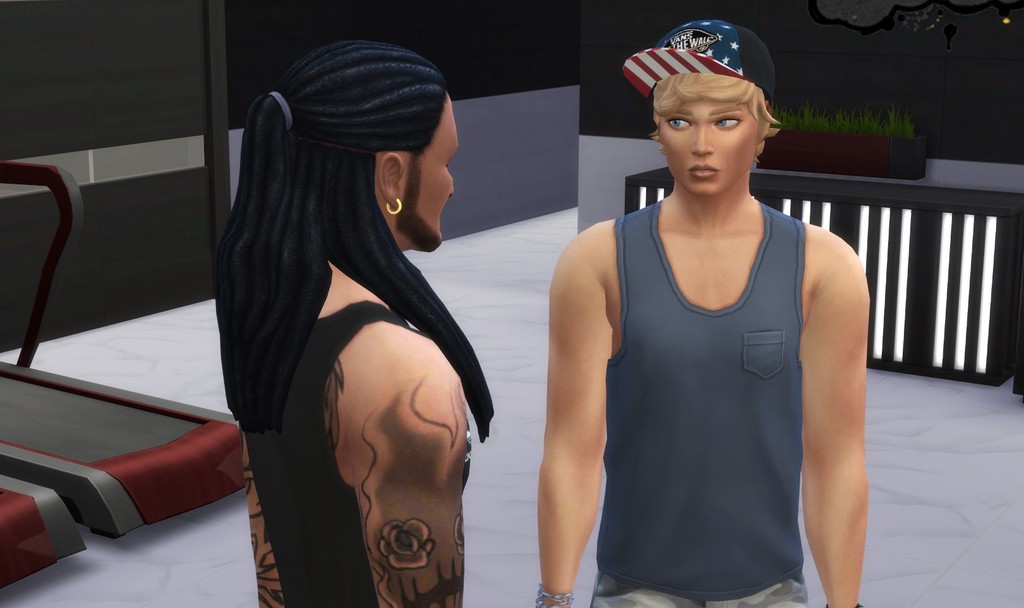 So, we got on the mat and I went for it. A knee blow to the stomach.
​ 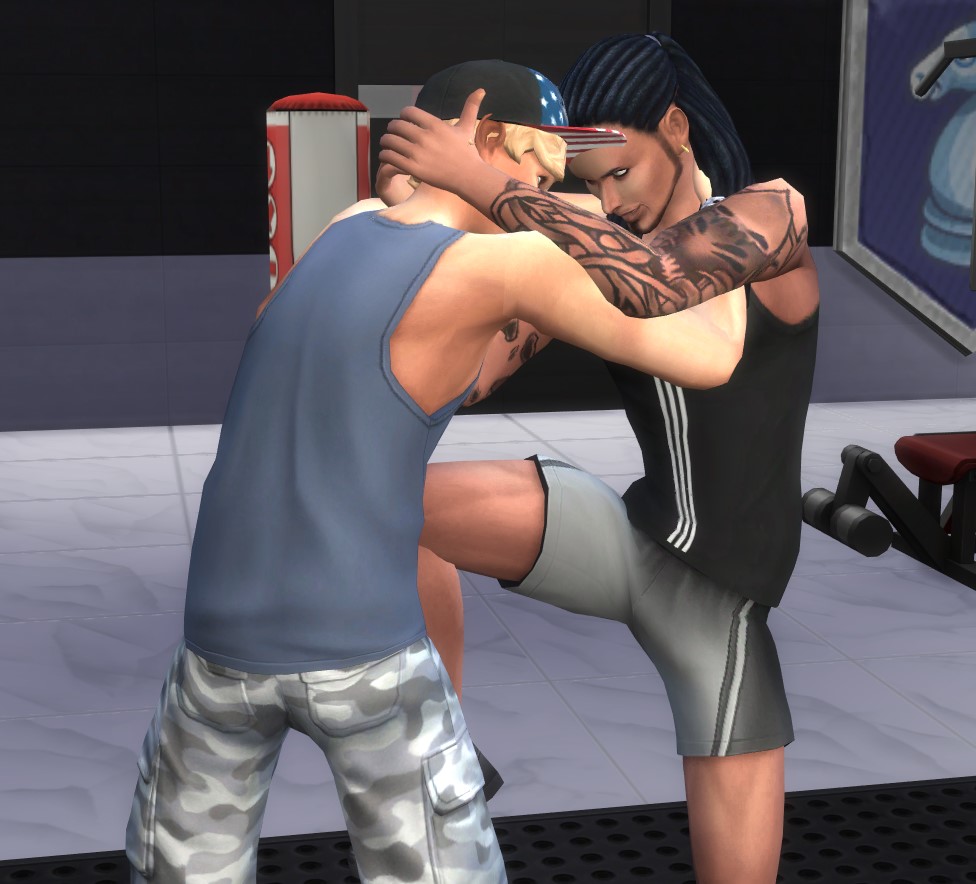 But he instantly countered and threw me down.

Round one went to Lashes. I shook it off to good luck.

Next, I gave him my best move—the axe kick.
​ 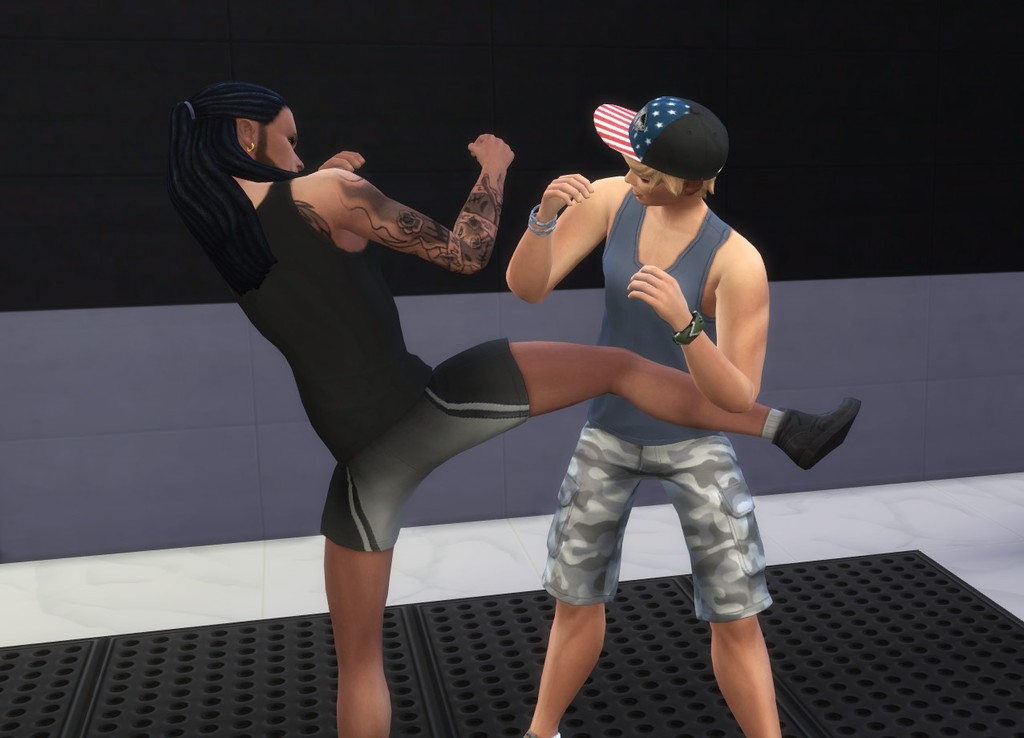 But he pulled on my leg like a ninja and tripped me. I ended up nose-planting on the mat.

Rising to my feet, I said, “Alright. I get it. You’re a little better at this than me. But you haven’t seen my golden fists.” I put up my hands as if I was going to box then wrapped my arms around him, ready to take him down.
​ 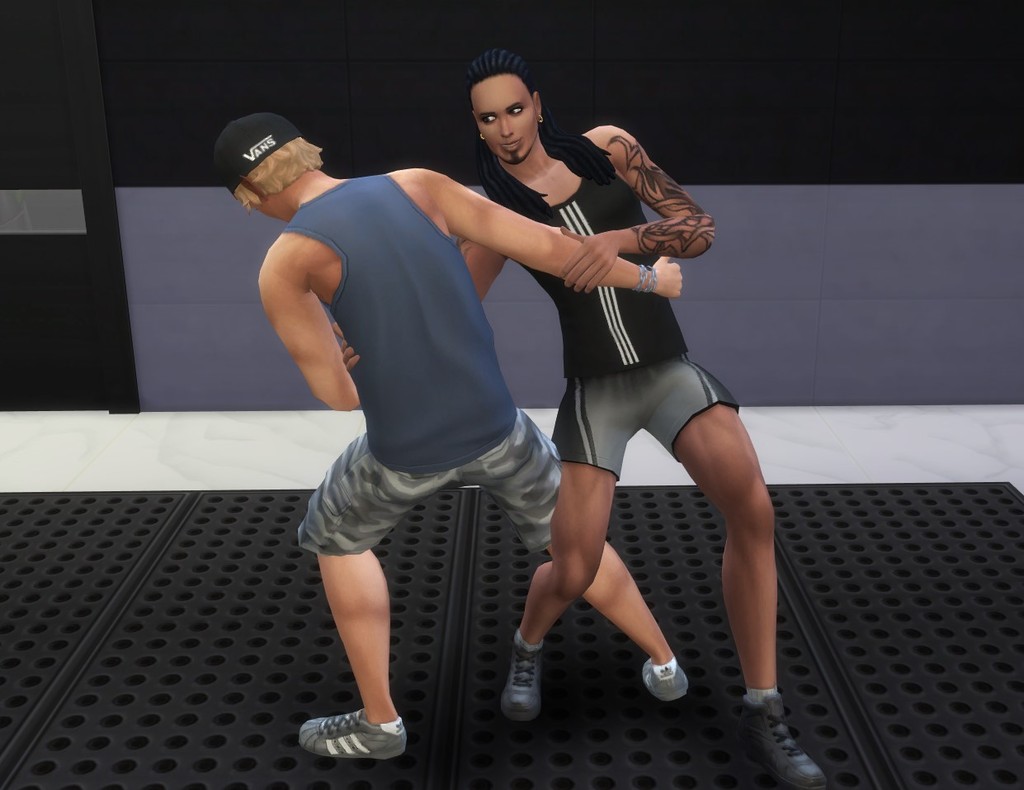 But instead of falling, he tripped up my feet and brought me to my back in two seconds.
​ 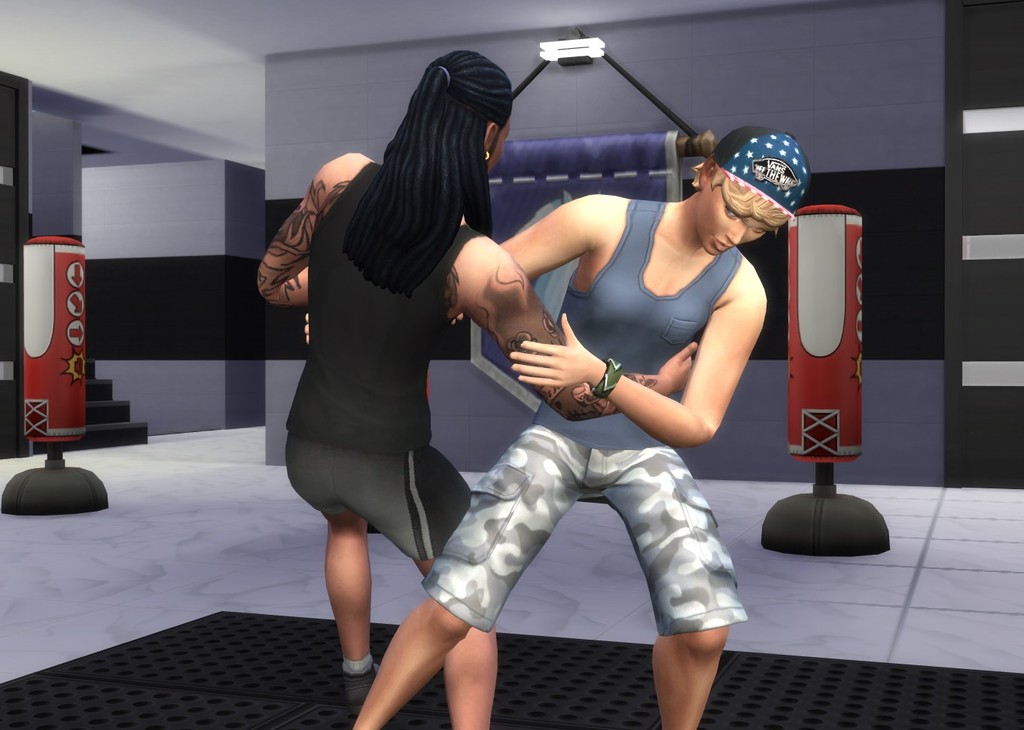 “Are we done yet?” he asked, all confident in himself.

And then it hit me. Although the MMA seemed violent, it was a gentleman’s game nevertheless. If I submitted, he’d stop. But the real world wasn’t like that. It was time Lashes learned this. Otherwise, he would be a danger to himself. And me.

I smiled real big and said, “Yeah. I’m done. You’re too strong for me, Lashes.”

He smirked, pulling back from me.

In an instant, I rolled him over and put a gun to his head. “Oh wait a minute. I think I’m not done yet.”
​ 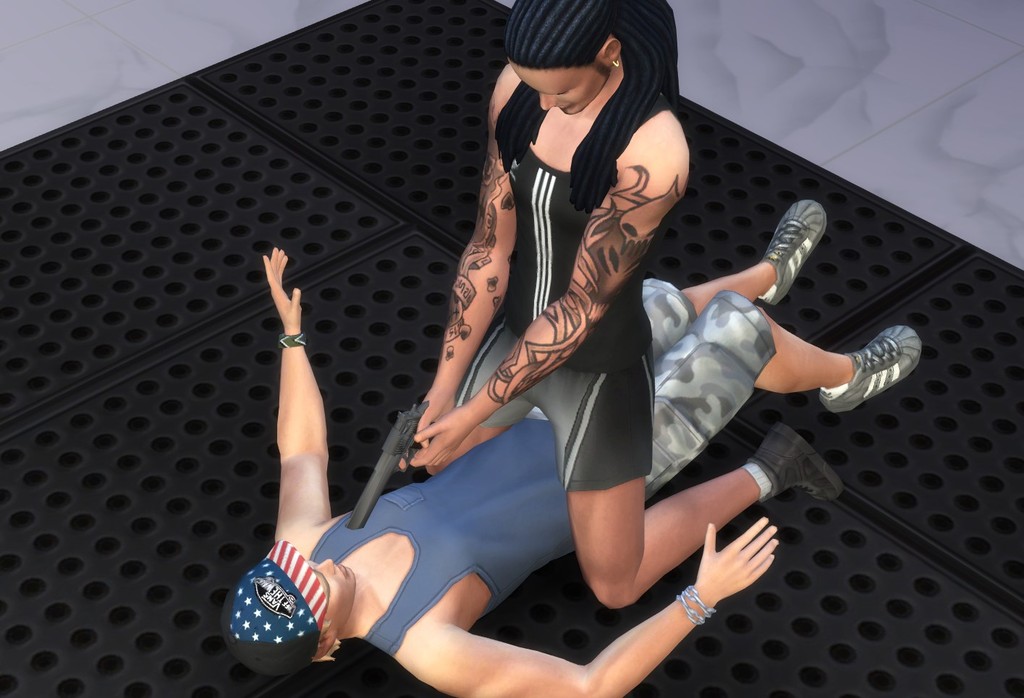 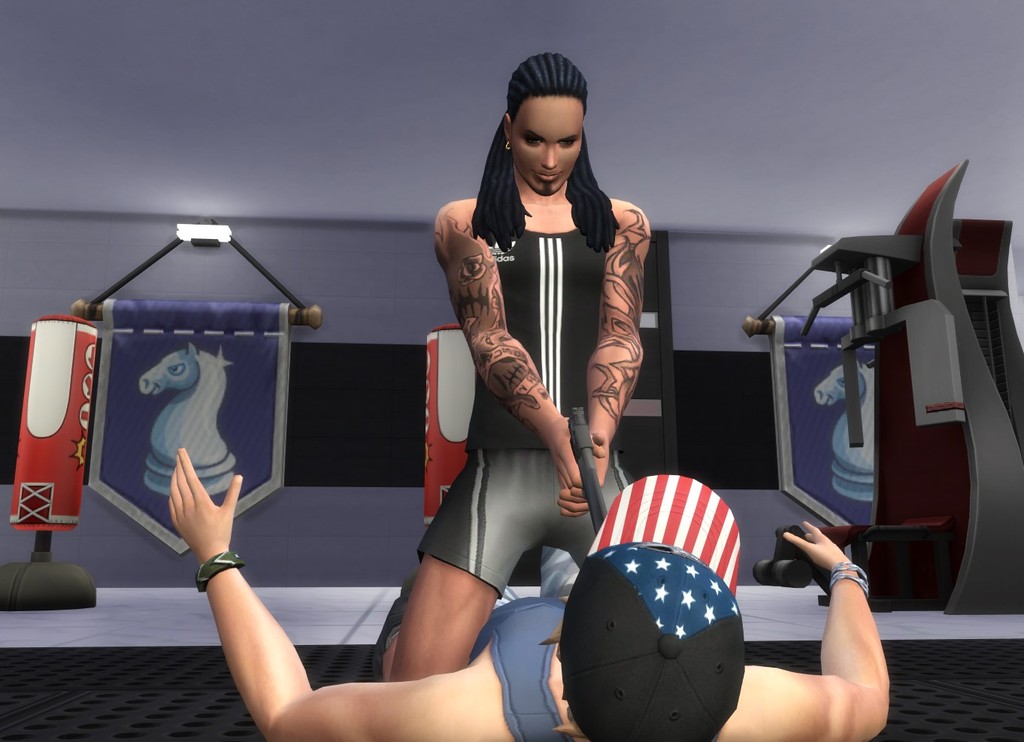 I was playing a dangerous game.

My thoughts must have been written on my face because Khalid started laughing. “Don’t worry, Lashes. I’m not going to kill you.”

He rolled off of me and stood up. Muscles aching in my arms from using them differently at the gun range, I met him, hoping to intimidate him anyway. I could kill myself for falling for his trick. It wouldn’t happen again.

“Never EVER let up on an opponent until you get them in cuffs. Got it, Lashes? This isn’t the MMA. Guys will use every dirty trick to kill you. You must be smarter, faster, wiser. Is that clear?”
​ 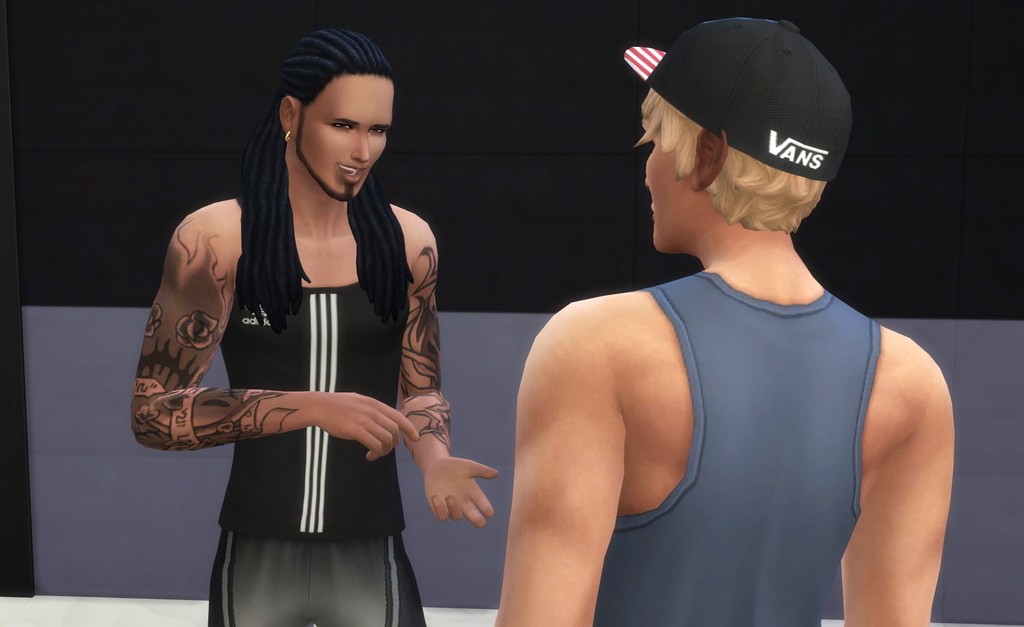 I nodded, face flushing. I felt stupid and ashamed.

Just then Knight walked up to us. Man, was it three o’clock already? The time had flown.

“Can I take him, Hammed? Just need to discuss something for fifteen minutes.”

Khalid’s jaw tensed. It was clear he didn’t like Knight.
​ 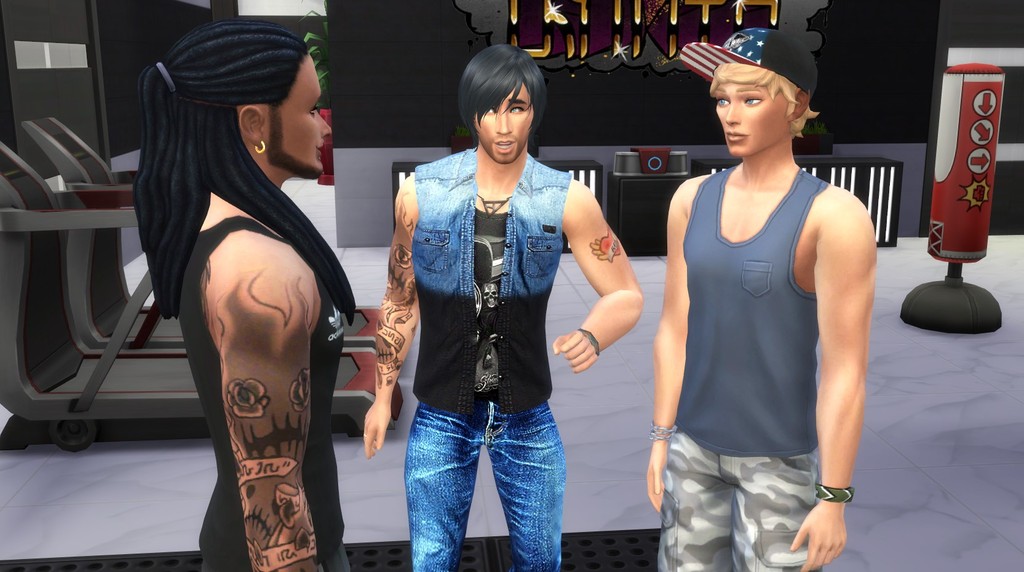 But he forced a smile. “If it’s okay with Lashes. Are you sure about this guy, Lashes? I’ve heard he’s a jerk. It’d be good for all of us if you didn’t have...attachments.”
​ 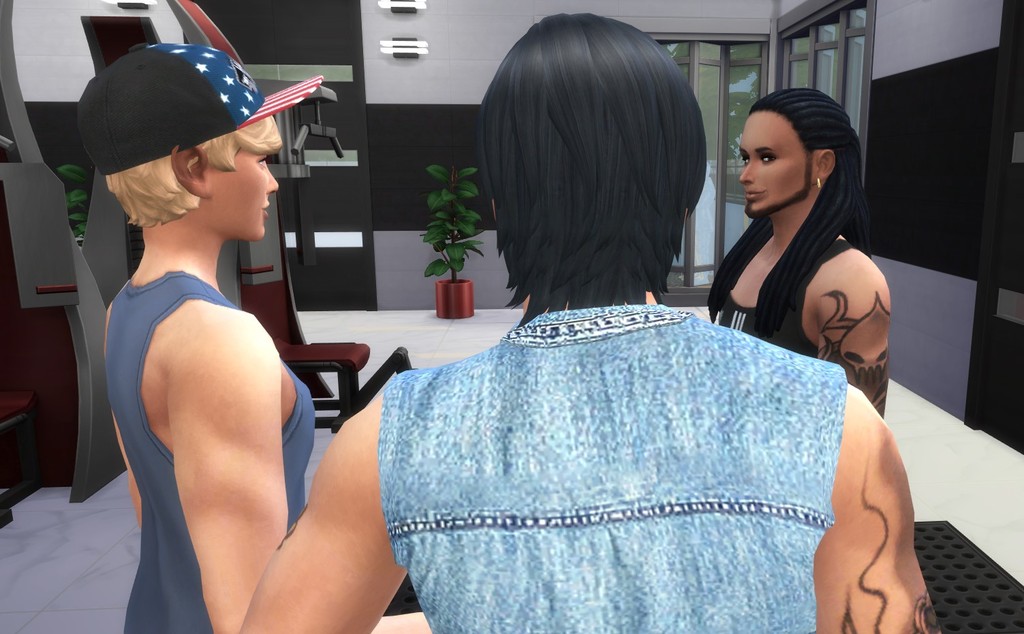 “What your problem, Hammed?” Knight was in his face in an instant. “Has Alex not beaten up on you enough for today?”
​ 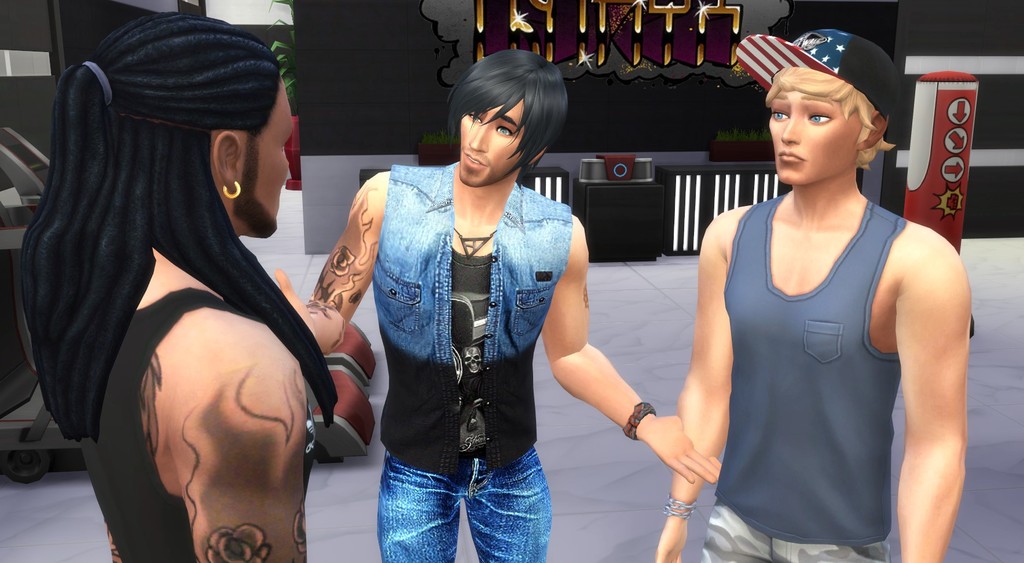 Not looking at Knight, Khalid said to me, “You’ve got fifteen minutes and not a minute more or you’ll be doing hundreds of pushups when we meet again.”

He said this with a smile so I knew he wasn’t kidding.
​ 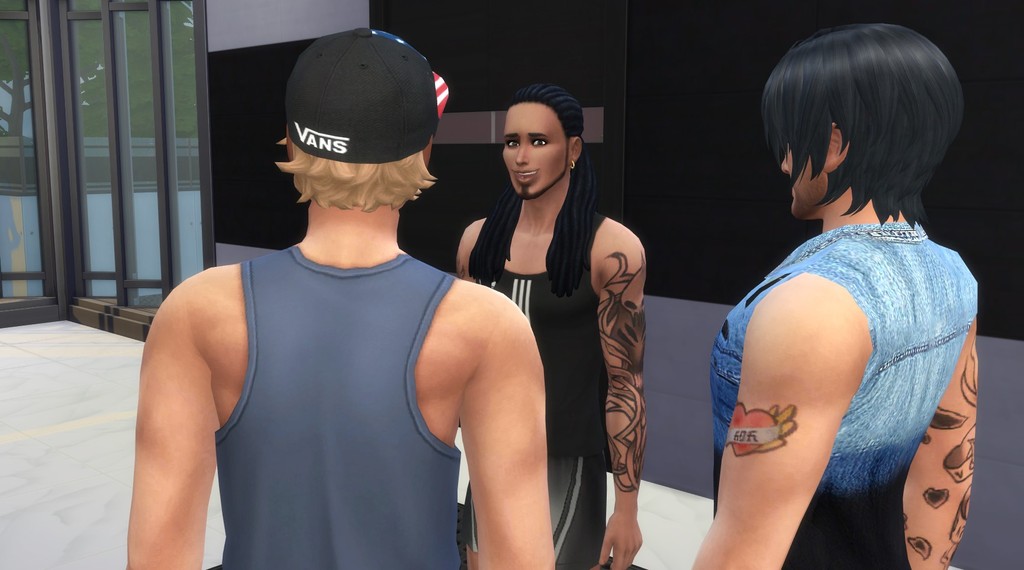 Not saying anything to Khalid, I took Knight’s hand and led him outside before they could go to blows.

Once we were out of earshot, I said, “Hey, baby, I’m really sorry for last night. I feel bad about it.”

He smiled. “Me, too. I should have asked you first before going to my father.” 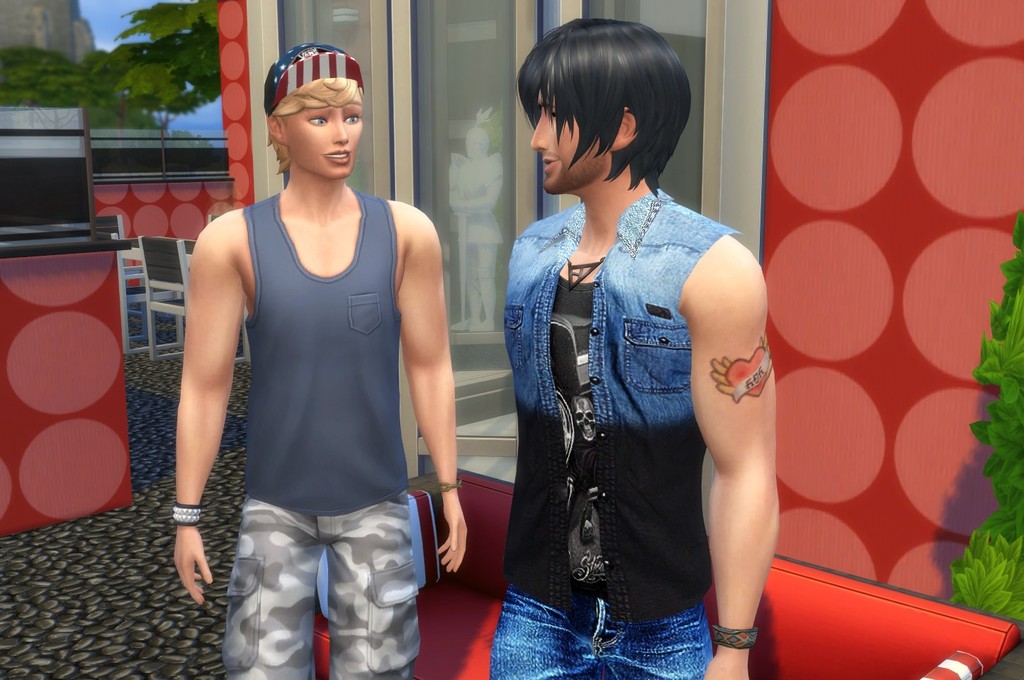 “Are you sure you want this, Alex? Khalid Hammed is a killer. I know him.”

I kissed Knight’s cheek and took his hand. He was so thoughtful. I knew all he wanted was the best for me, but he didn’t understand what I wanted. I had to explain. 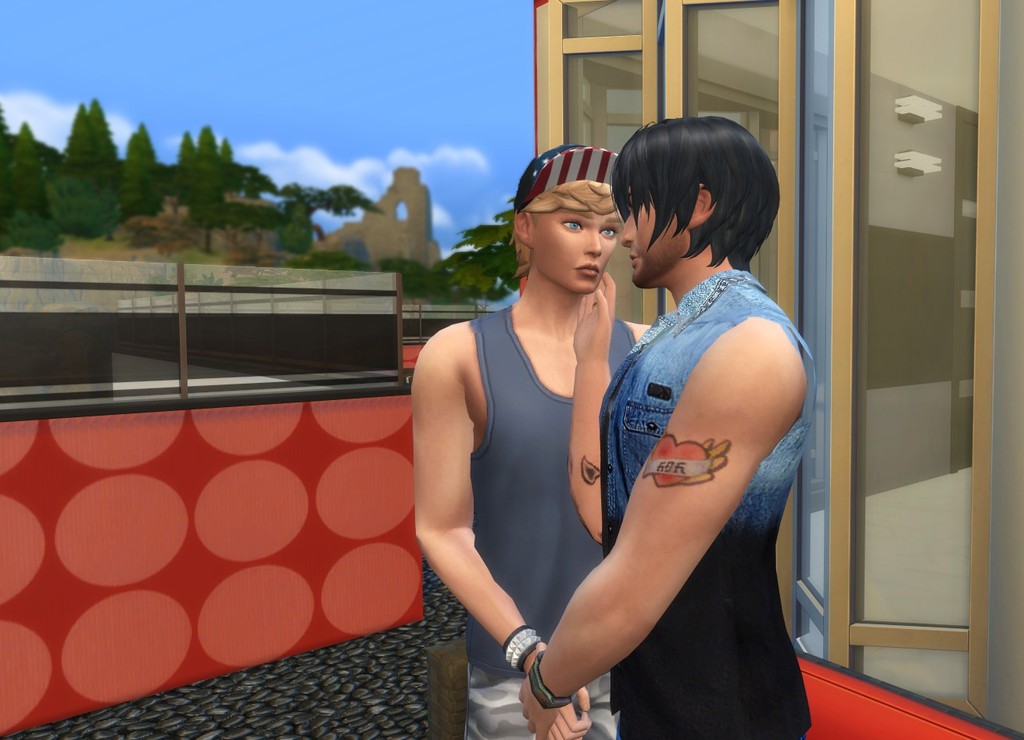 Once we sank into the couch cushions, I said, “I know you’re trying to protect me. This is scary shit I’m doing, but after today, there’s no way I’ll stop. It’s where I belong. I hope you get that.”
​ 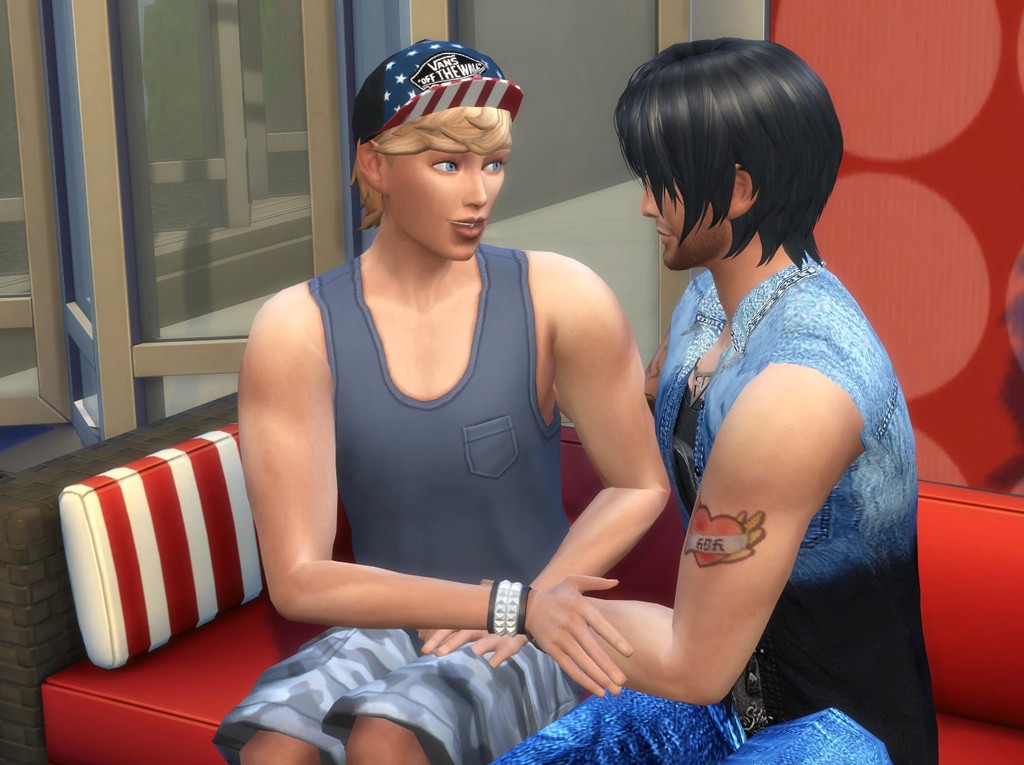 He sighed loudly. “I don’t want anything to happen to you, Alex. Don’t you understand?”

“I know and I thought hard about it last night. I’m going through with the transition. I’ll start taking testosterone next week. Already have my doctor’s appointment. You won’t have to worry about me being weak.”

He bit his lip. “Are you sure you want this? Don’t start the transition because you’re working for my father.”

I shook my head. “I’ve wanted to do this for a long time, but didn’t have the money. Antonio is paying me very well. In three months I’ll have enough money for surgery. I’m going to do this. And once it’s paid for I’ll stop. I’ll quit.”

“But you can have the surgery now. What’s mine is yours. Why wait? Why put yourself in danger?”

I rubbed his strong fingers, wondering how mine will change once I start the transition. My stomach hopped in anticipation. “I want to do this on my own, Knight. And...to be honest, I love this kind of work. I was made to do this. Antonio’s organization nabs real crooks who should be off the streets. If I can do some good for these few months, what’s wrong with that?”
​ 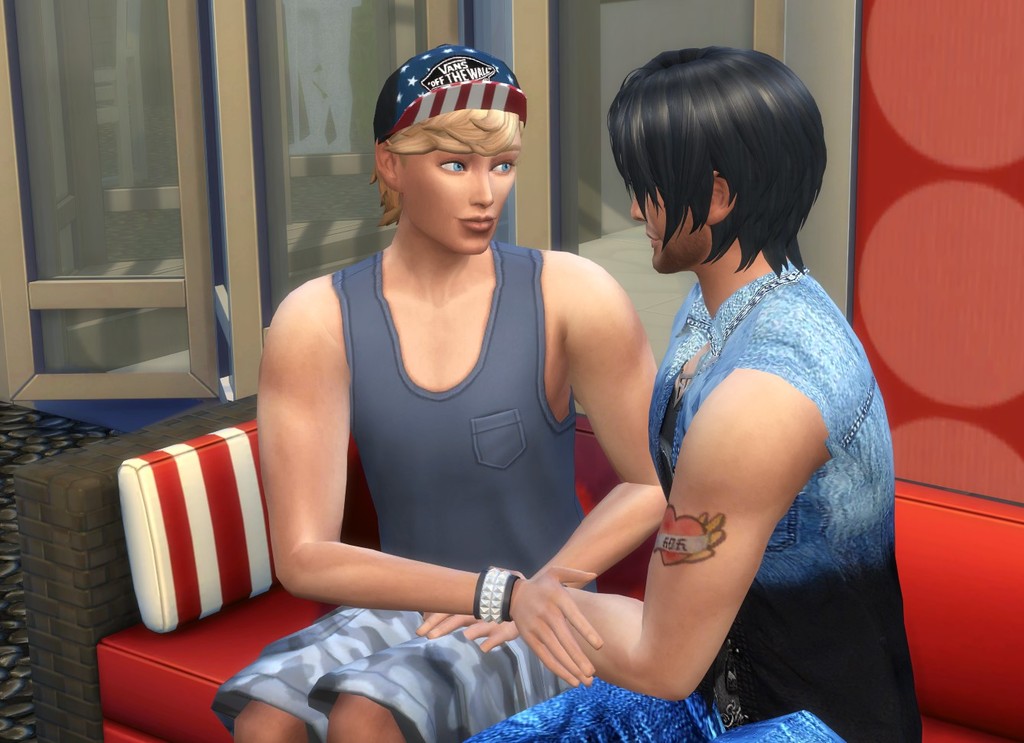 Knight peered into my eyes, making me want to jump him right there. I was so in love with him. “If you wanted to do anything in the world, Alex Day, what would it be?”
​ 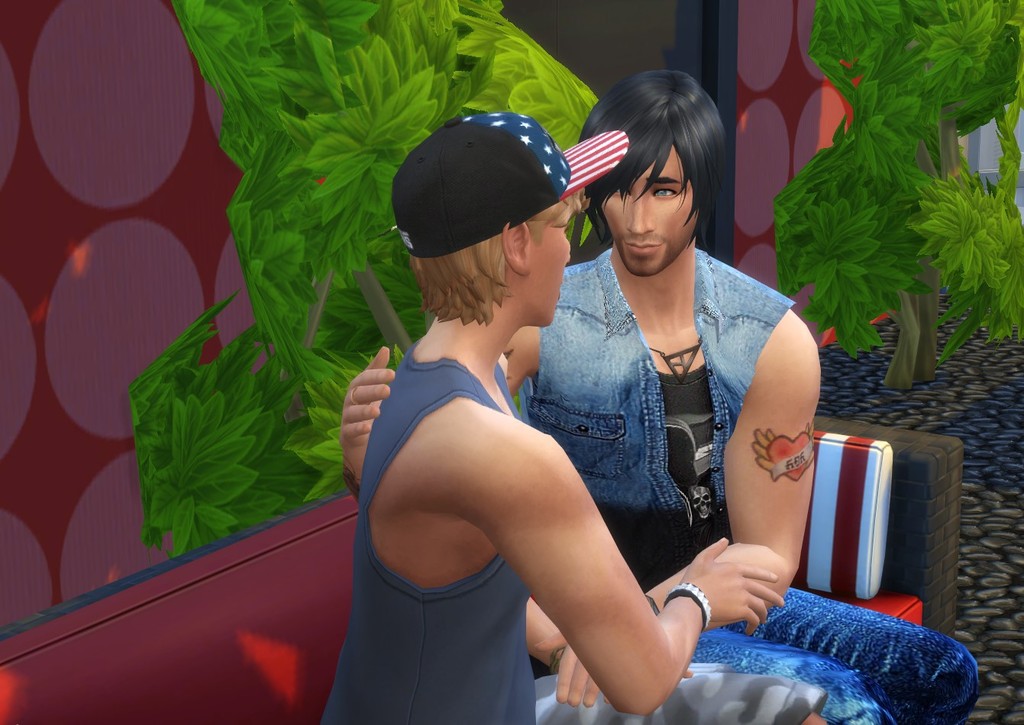 I blinked at this out of the blue question. Mulling over the possibilities, I cocked my head. “Well....there are two things I’ve always wanted to do. One is be a cop but I couldn’t because I had to take care of Bri. She’s about to graduate and be out on her own, so I’m pretty stoked about working for Antonio. The timing is right. And the other thing...” I stopped because I thought Knight might laugh.

I couldn’t tell him. It was embarrassing. I wanted to be like Beryl Heffner. I loved to read romance novels, but not the stupid crap sold at Simmart. I wanted my work to be a combination of thriller meets action mixed in with the romance like she did. But I couldn’t bring myself to confess this. Instead, I went on with what I wanted to tell him. What I’d decided last night.

I nudged him back. “I want to have kids. When I’m done with the transition, I want to get married. And we can get a surrogate. I’ll do the legacy with you.”
​ 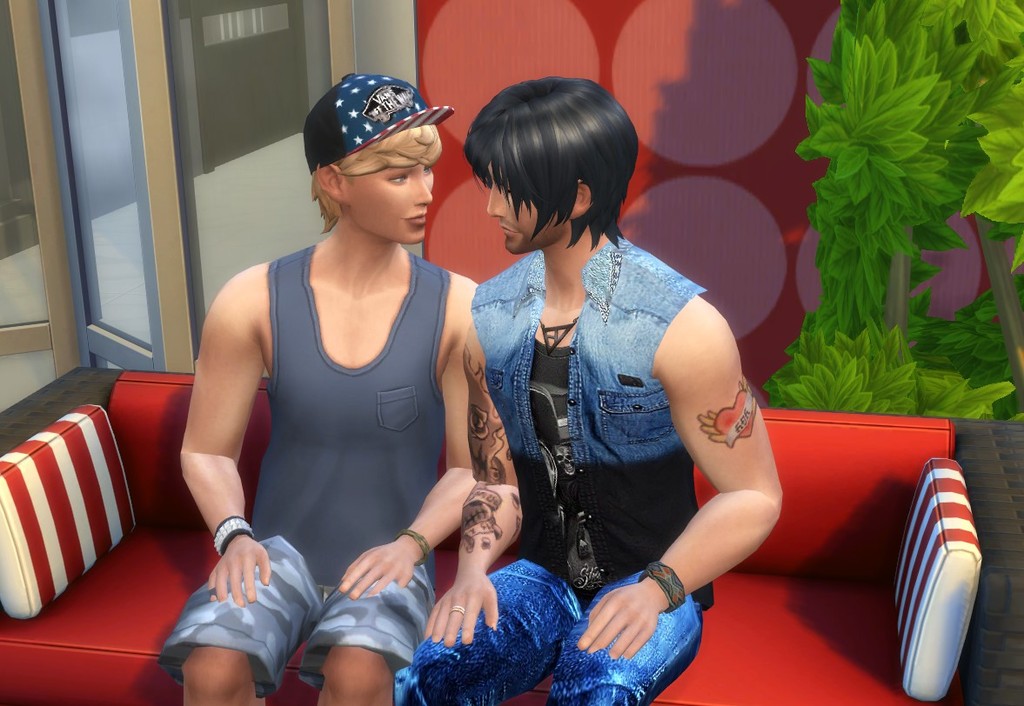 Happily surprised, he asked, “Are you proposing?”
​ 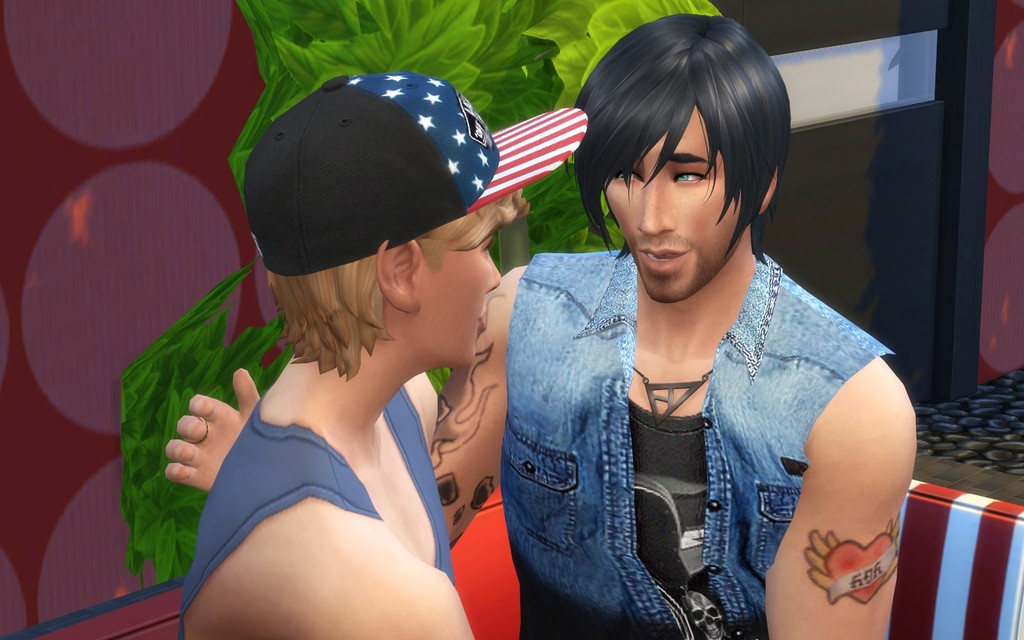 I leaned into him. “Yes. Will you marry me, Knight Richardson?”
​ 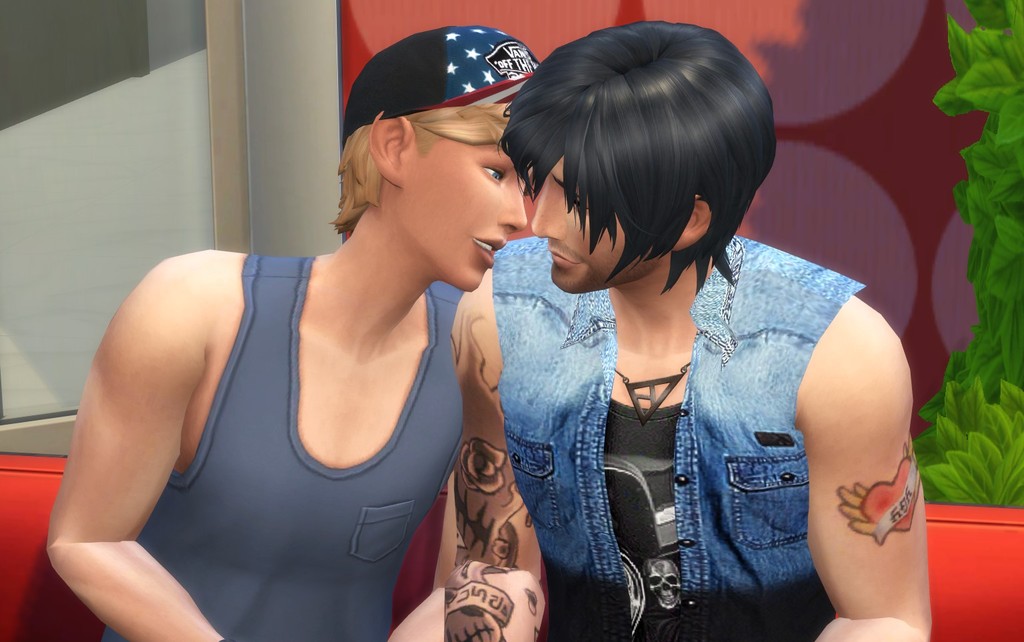