After that bastard left, Dallas said, “God, I fucked up. I’m so sorry, Alex. I don’t know what I was thinking. I...I’m just not used to an exclusive relationship.”

Pointing at him, I said, “That’s a cop out and you know it. Whatever. I don’t need this. If you want to date others, fine. Go ahead. But you’ll do it without me.”
​ 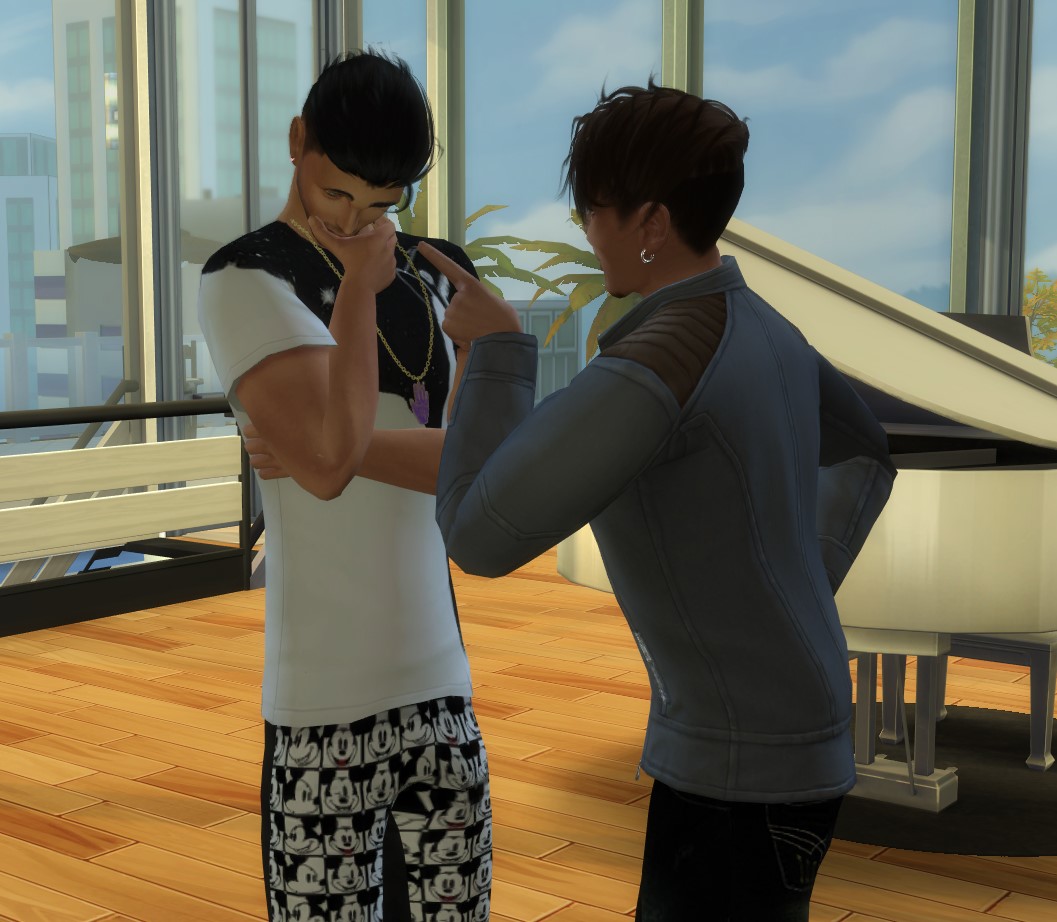 Shaking with a mixture of emotions—hurt, anger, resentment, I turned to go to our bedroom. I wanted out. I’d decided to pack my things and crash at Bri’s until I got my own place.

But before I could go, Dallas pulled on my hands as he dropped to his knees. “Please, Alex. Don’t leave me. I screwed up. I did. But I’ll do better. I promise. Don’t do this. Don’t go. I love you so much!” 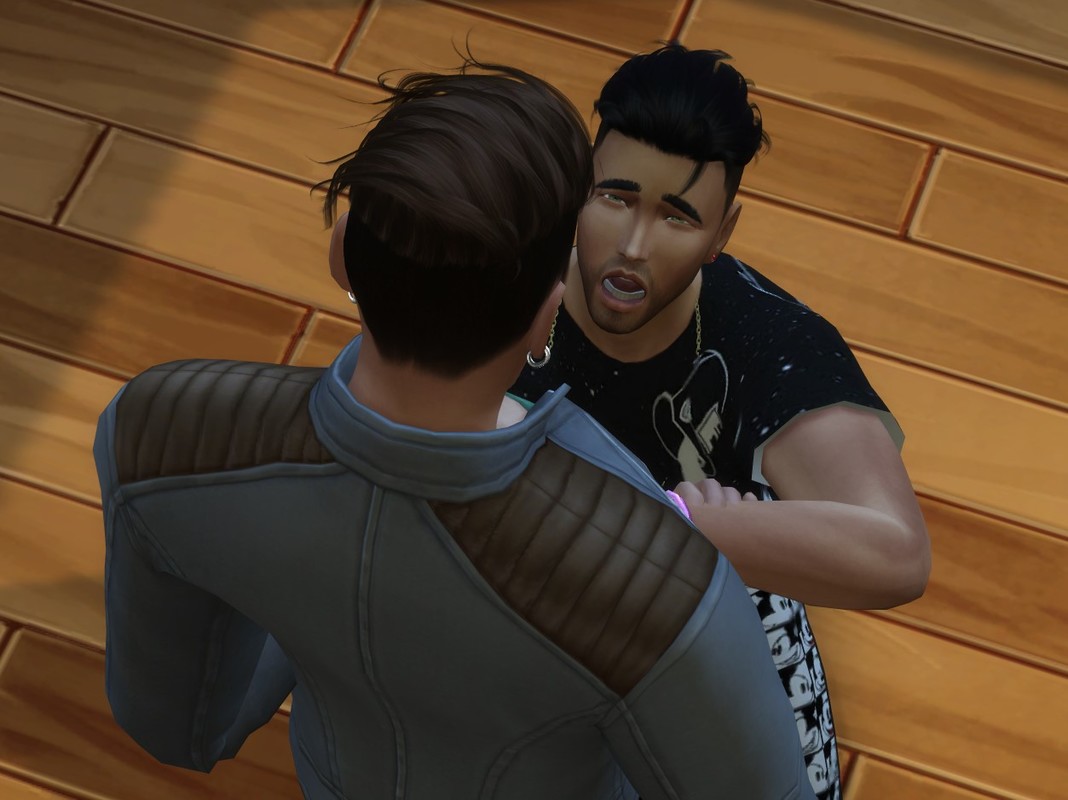 I tried to keep my emotions steady, but my throat pinched when I thought about what Dallas had been doing with that guy and then I wondered how many other guys he cheated on me with. Jerking my hands from him, I turned away. “I can’t trust you anymore.”

“You can trust me. I won’t stray again. I promise.” The desperation in his voice pierced me.
​ 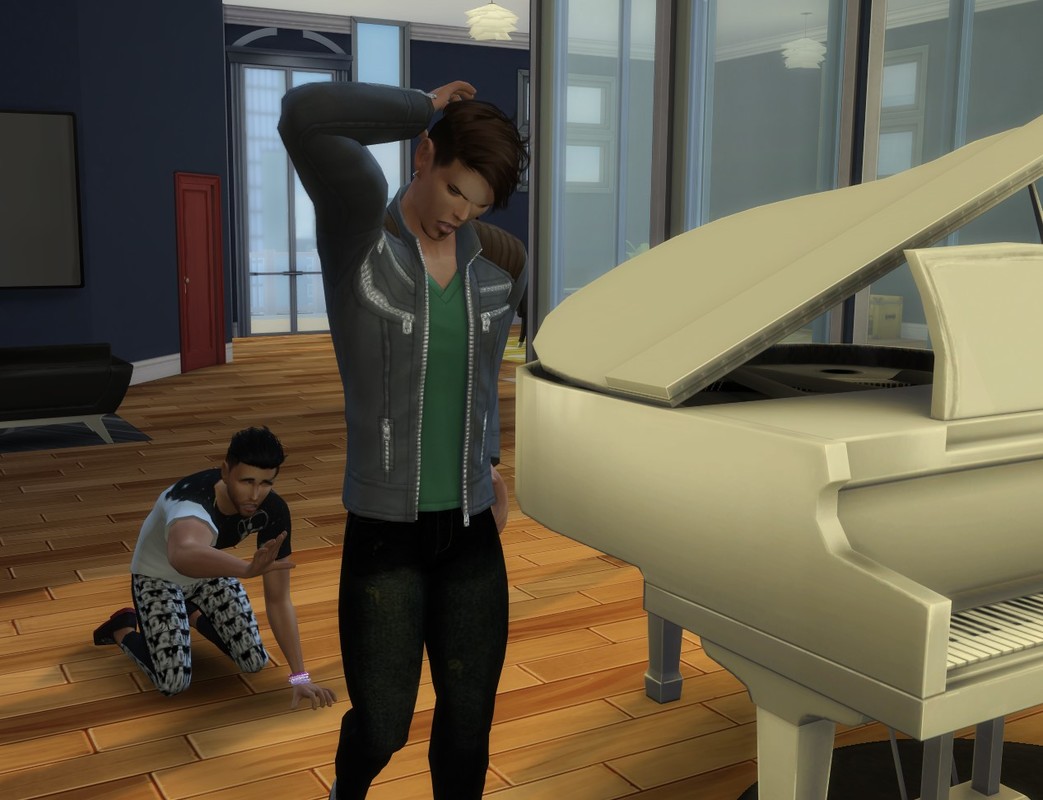 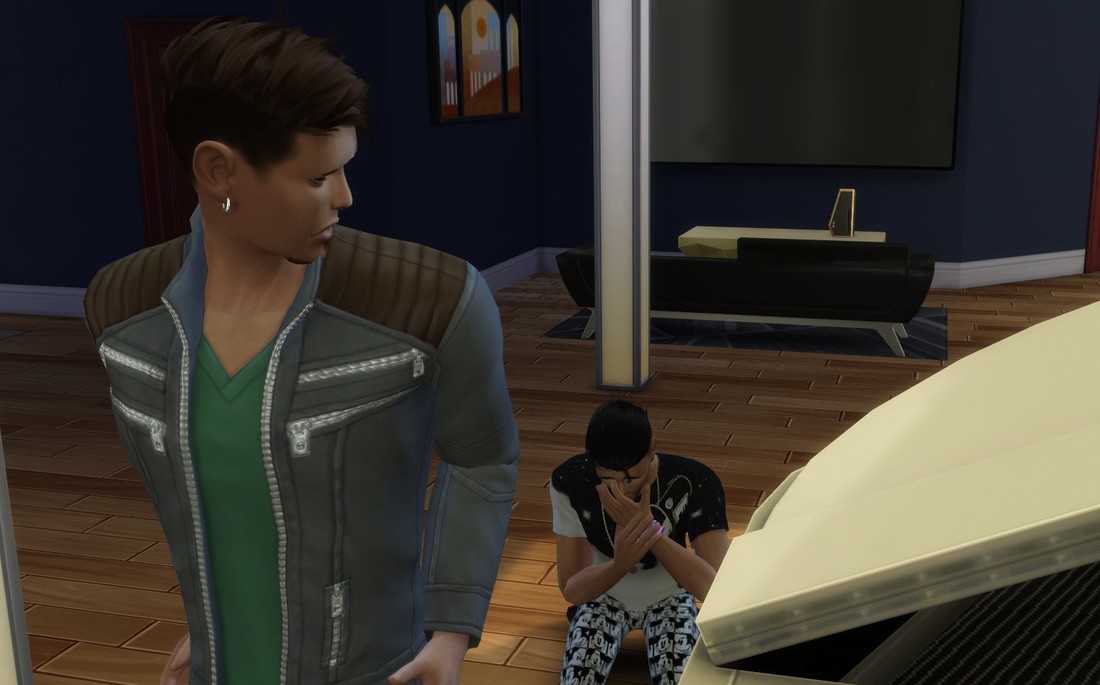 Slowly, I turned around and felt bad for him. Him. The one who cheated on me. But how could I leave him when he obviously still loved me and wanted to do the right thing?

Drawing in a deep breath, I’d decided to give him another chance.
​ 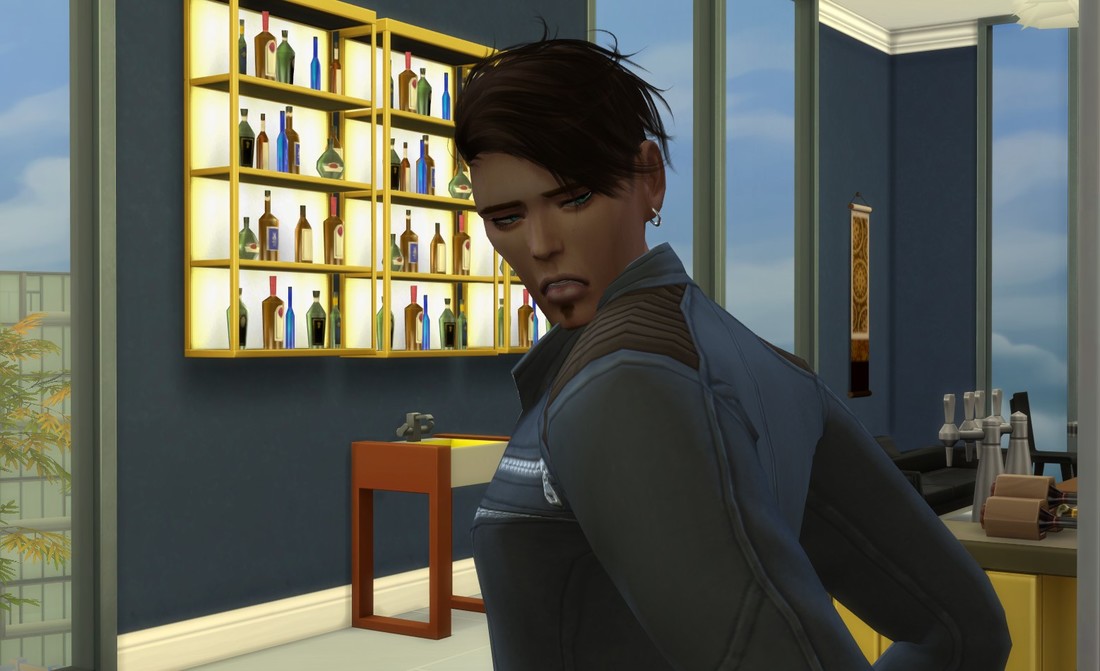 I had to put Operation Get Those Two Pigheaded Mules Together on hold. Growing as large as a house, I was put on bed rest for the last trimester. Why? Because I was having twins.

Thankfully, fast forward a few months and I gave birth to two beautiful baby girls—we named them Lana and Lilly. Antonio was over the moon with love. I was over a barrel with work and feeding the little monsters. But with lots of help from our nanny, I was back to work in only a few months.
​ 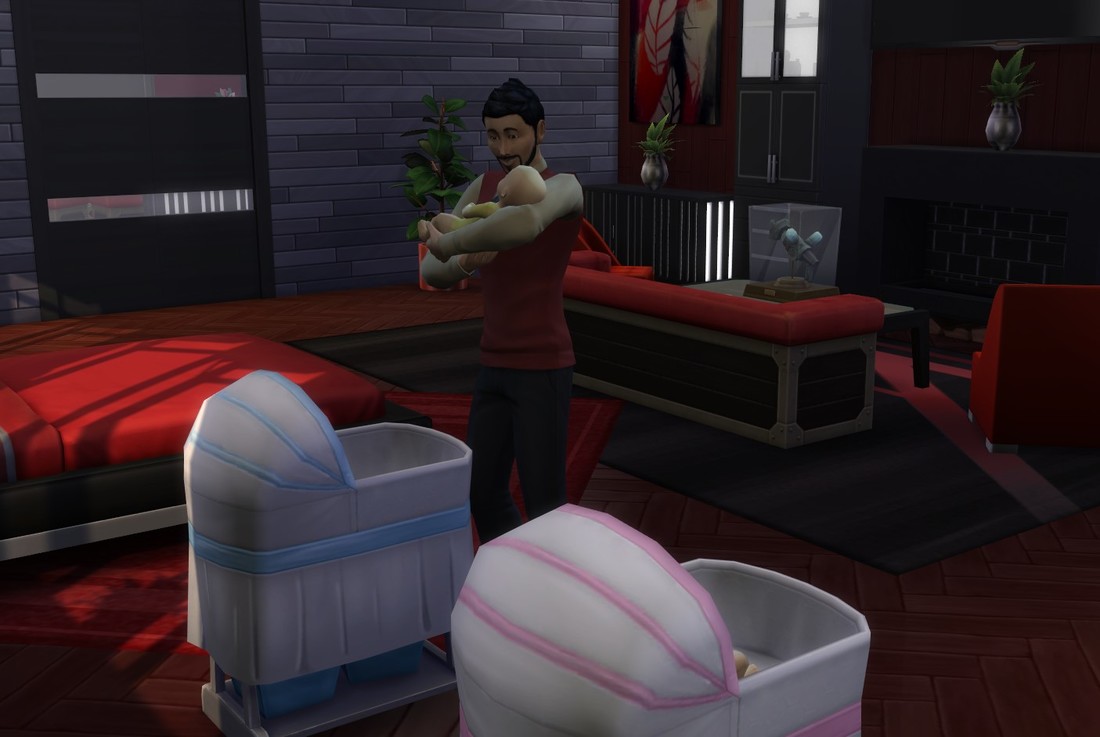 And then with motherhood, taking care of a needy husband, and authors to worry over, before I knew it, two years had blown by.

“Darling, do you have to go in at night? I wanted to take you out on a date.”

Antonio was such a sweet husband, always thinking about my needs first, especially after giving him daughters. He’d only raised Knight and Kyle from when they were young and having girls around was new to him. And very special. 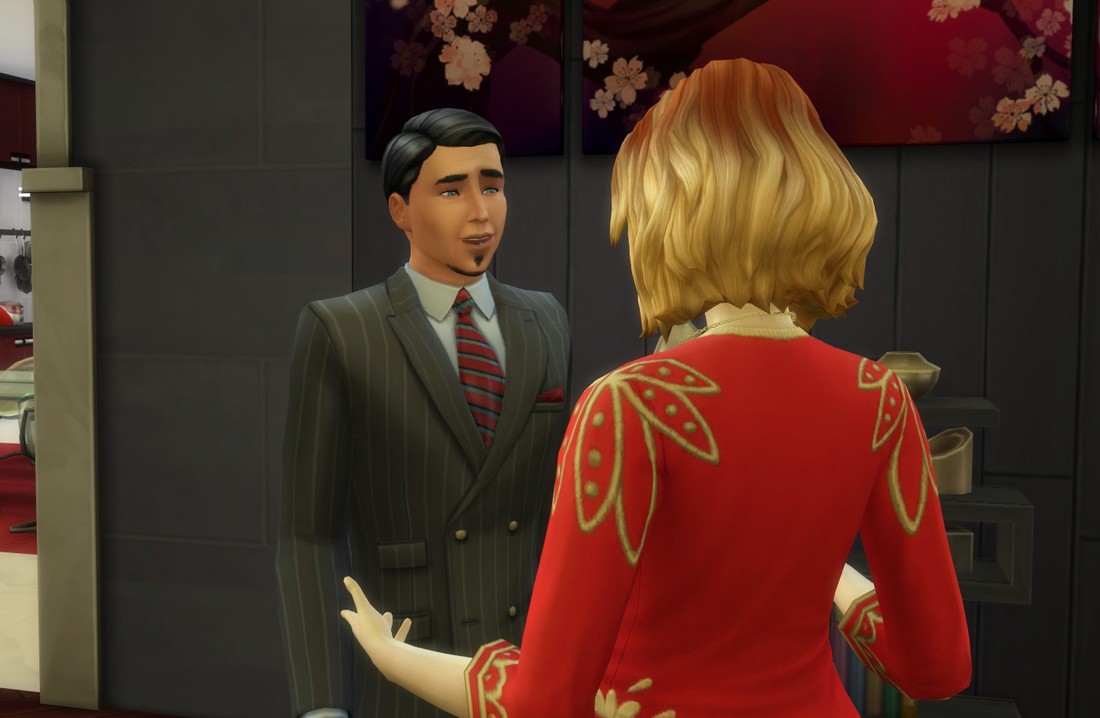 After Alex had broken up with his boyfriend, Dallas Flint, the poor man went kind of crazy. Alex not only caught Dallas with another man, he’d found him using Simder repeatedly to meet men in the weeks afterwards. Alex summarily dumped the asshole and found another place to rent in San Myshuno. Since Alex's book made the bestseller list and it got a movie deal, the paparazzi had been chasing him, and unfortunately, he had been feeding them lots of juicy gossip.

Then I found this story that posted online:
​

His agent called me about it this morning. I’d been doing damage control from my house all day. It was time to pick the man up by the scruff of his neck and talk some sense into him. And if it went along with my long ago prior plans of reuniting him with Knight, so be it.

Ushering him into my office, I gave him a broad smile.

“Are you excited about the upcoming premier of your movie, Alex? It’s only days away.”
​ 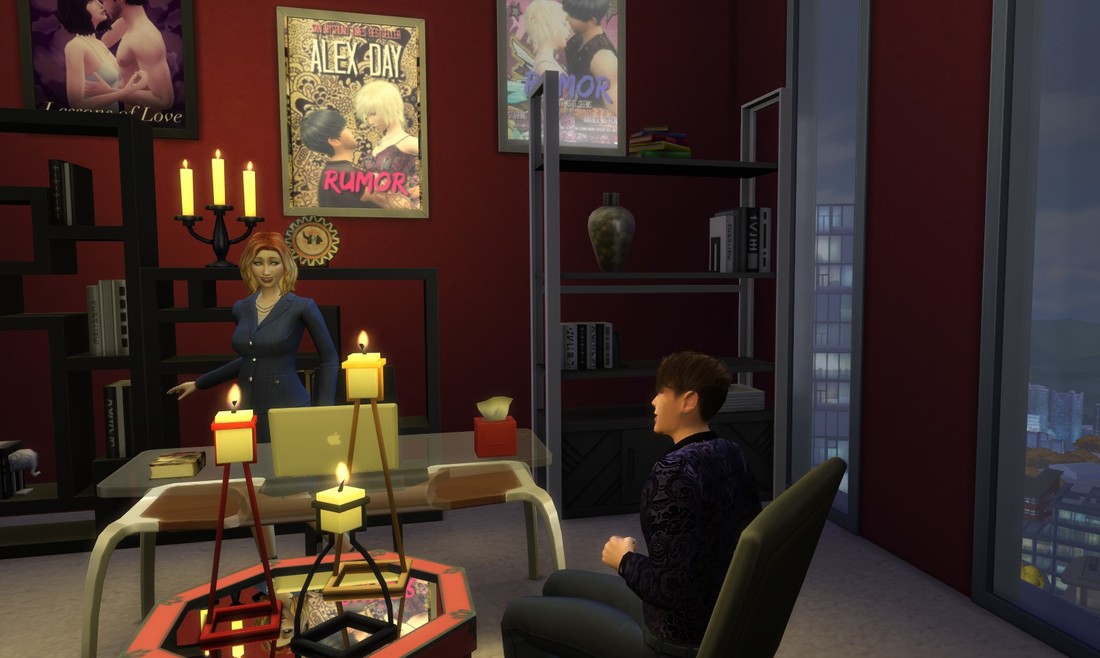 He nodded, eyes sparkling. “I can’t believe it’s actually happening. And my face seems to be everywhere. It’s kind of nerve racking.”
​ 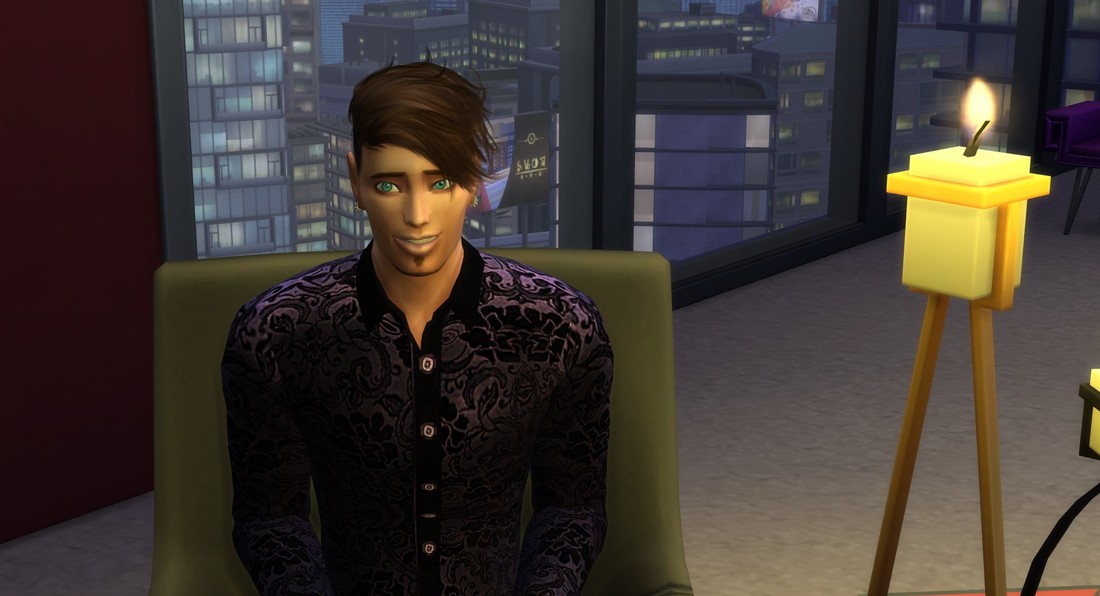 “Speaking of your face being everywhere, what is this news about you punching out your lover at a bar? You know we can’t afford bad press this close to your debut.”
​ 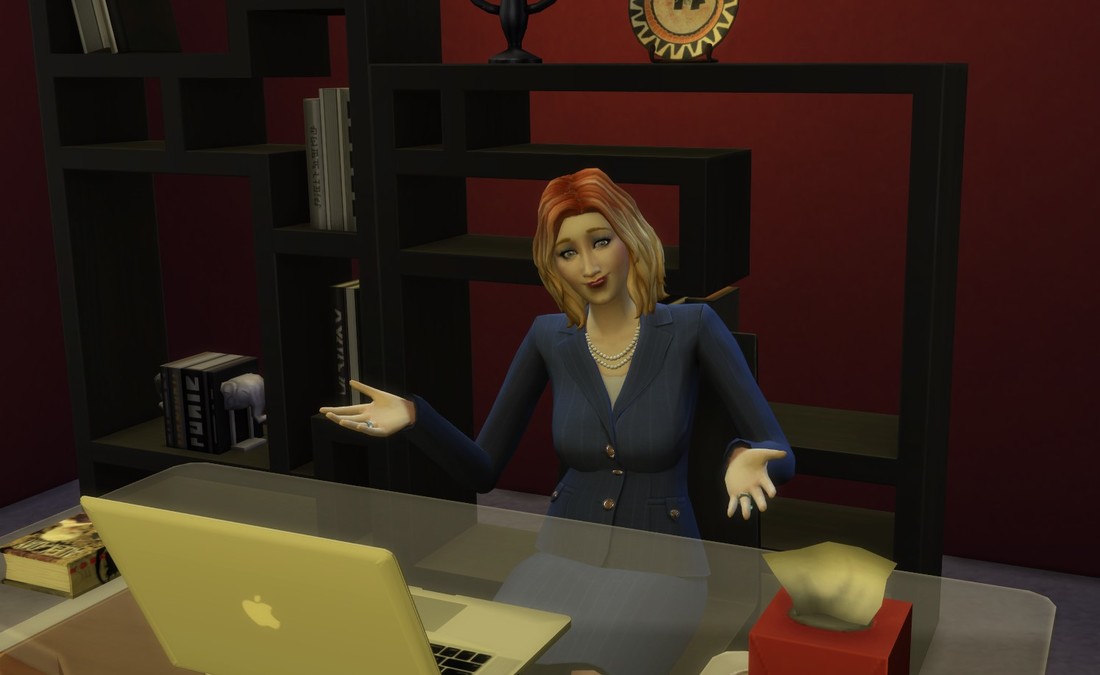 “He wasn’t my lover. He was hurting a woman, and I stepped in. When he tried to fight me, I defended myself. That’s why I didn’t get in trouble. You shouldn’t believe everything you read, Jianna. You know that.”
​ 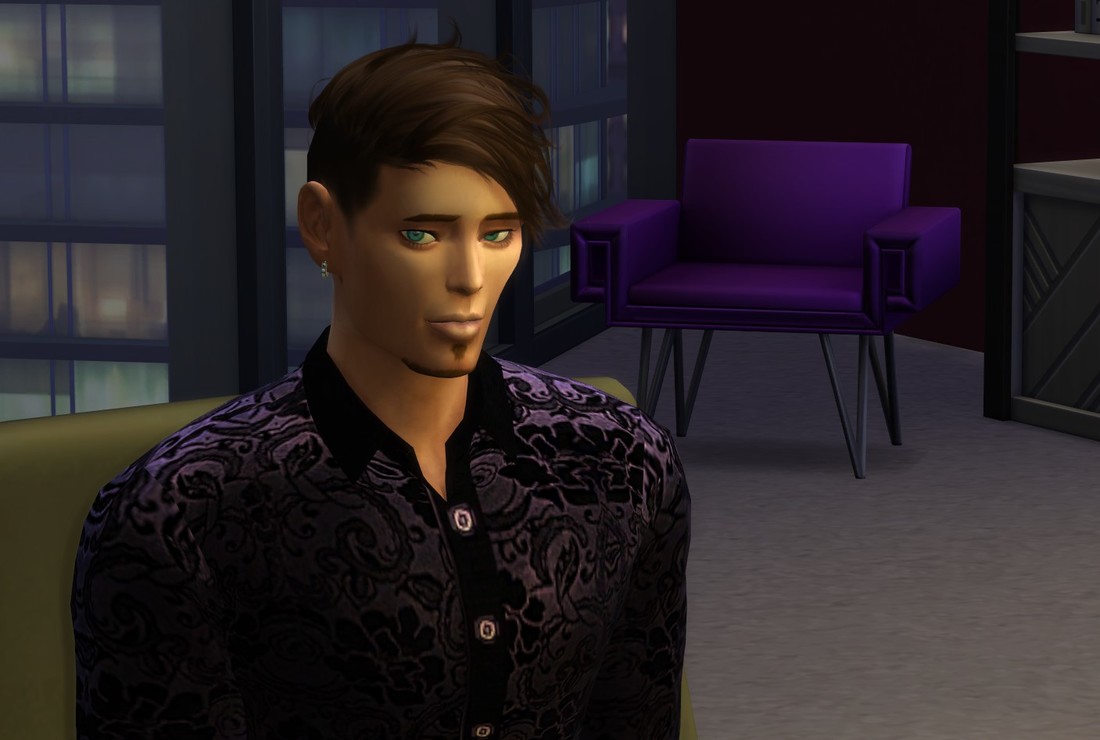 I wasn’t going to let him off the hook that easy. “Well, is it true you are going through men like bags of potato chips? It’s ridiculous, Alex. I must have seen pictures of you with nine different guys in the last month.”

“Not all of those pictures were my dates. I have guy friends, you know.”
​ 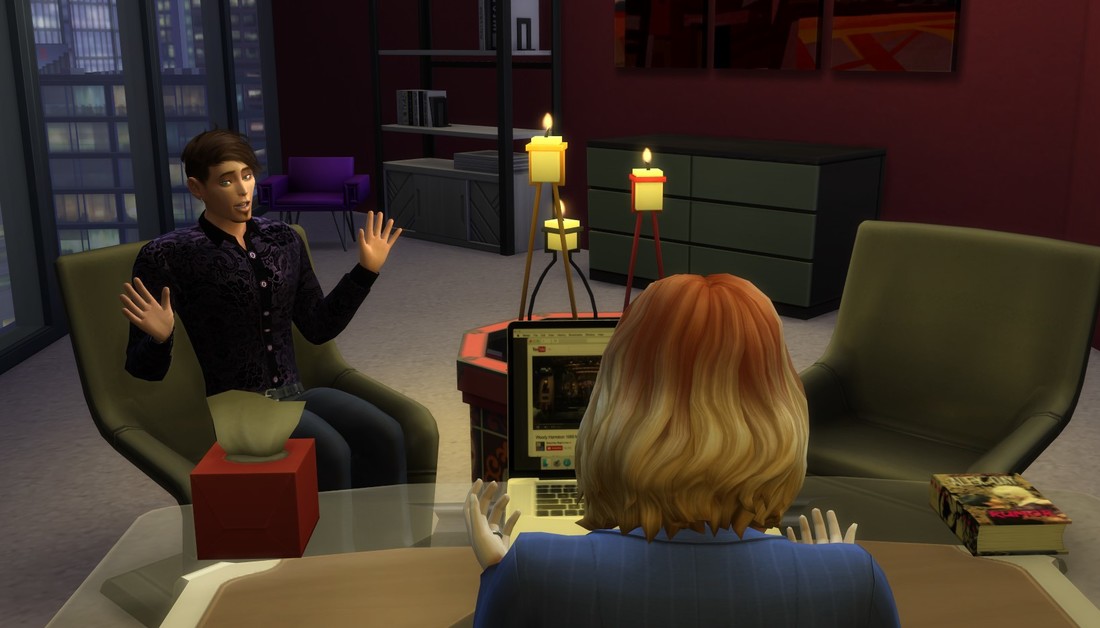 I shook my head. “Whatever...as your publisher and friend, you owe me a favor.”

“I’m setting you up with someone to go with you to the premier and that’s final. I don’t need any more bad press with your dime a dozen partners. Got it?”

“Don’t Jianna me. Someone needs to knock some sense into you. If you keep going like this, you’ll end up a lonely old man with no one to take care of you. Do you really want that, Alex?”

He sighed, obviously beaten. I grinned.

“Who is it you’re setting me up with?”

Alex’s eyes grew. “Does he know about this because last time I checked, he didn’t want to have anything to do with me after I almost punched out his boyfriend?”
​ 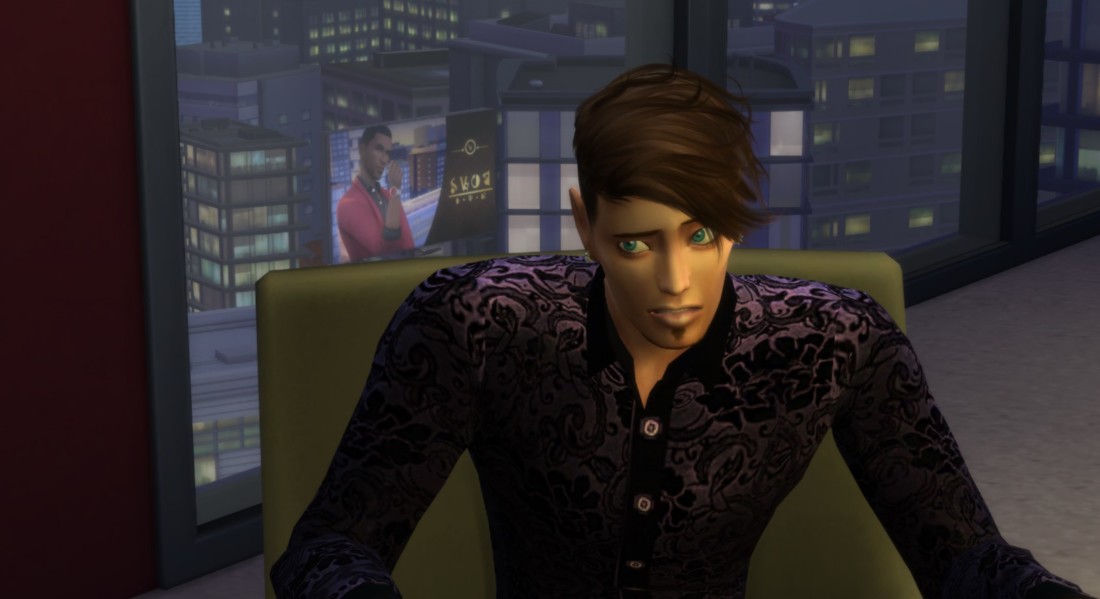 “Don’t you worry about Knight. I’ll take care of everything.”
​ 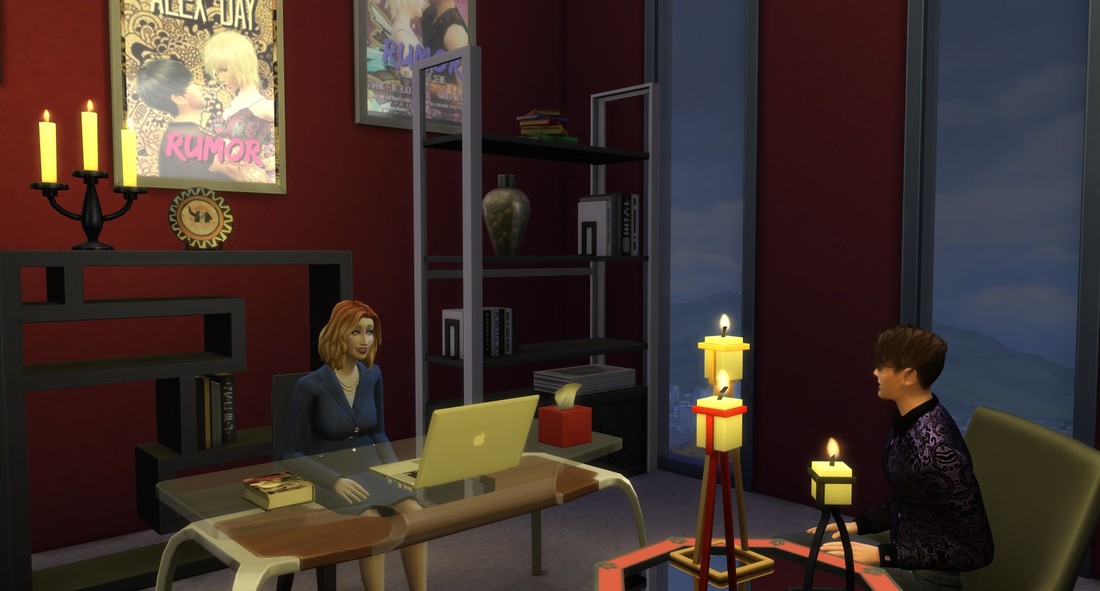 One mule down and a tougher one to go. I could tell Alex really wanted to see Knight again. It was so sweet. But Knight had grown cold in the past months about Alex. I guessed reading about him in the social media didn’t help.

This was going to take all my powers of negotiation skills. And if all else failed, I’d threaten. If it worked for Antonio, it could work for me.

I dropped by Knight’s office unannounced, hoping to get him right before he left.

Grinning at me, he welcomed me with open arms. “Hello, Jianna! What do I have the pleasure of seeing your pretty face in here? How are those sweet sisters of mine?”
​ 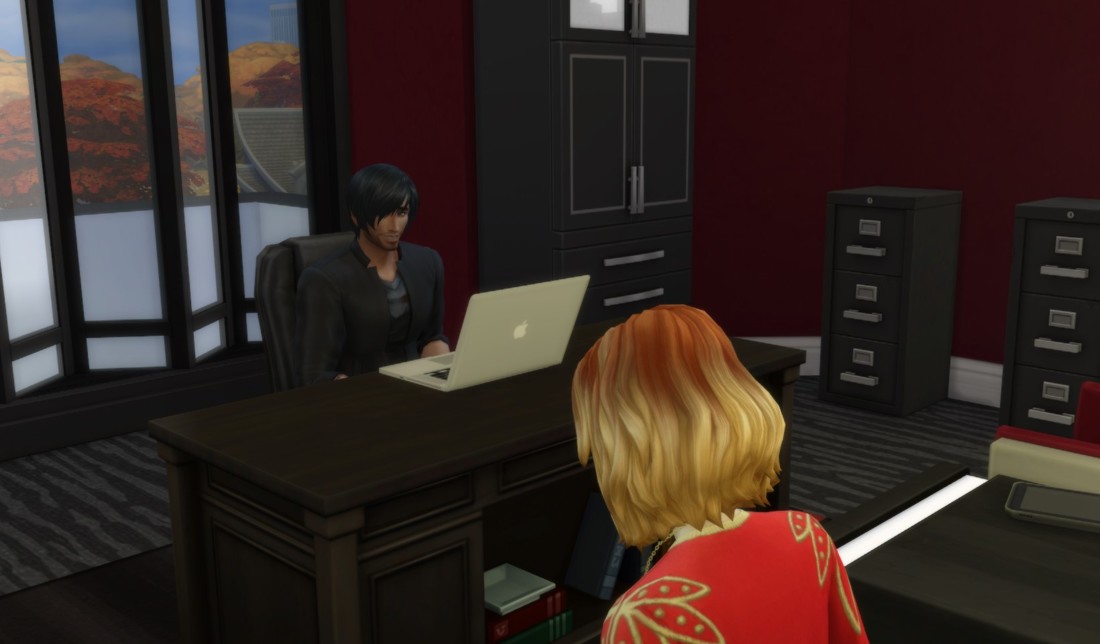 “They’re doing just fine, Knight. Thanks for asking. I just wanted to ask you a favor.”

“Sure. Anything for you, Jianna. What do you need?”

I rubbed my sweaty palms on my jeans, preparing for war. “One of my authors needs a date to the new movie premiere, and I was wondering if you could help him out?”
​ 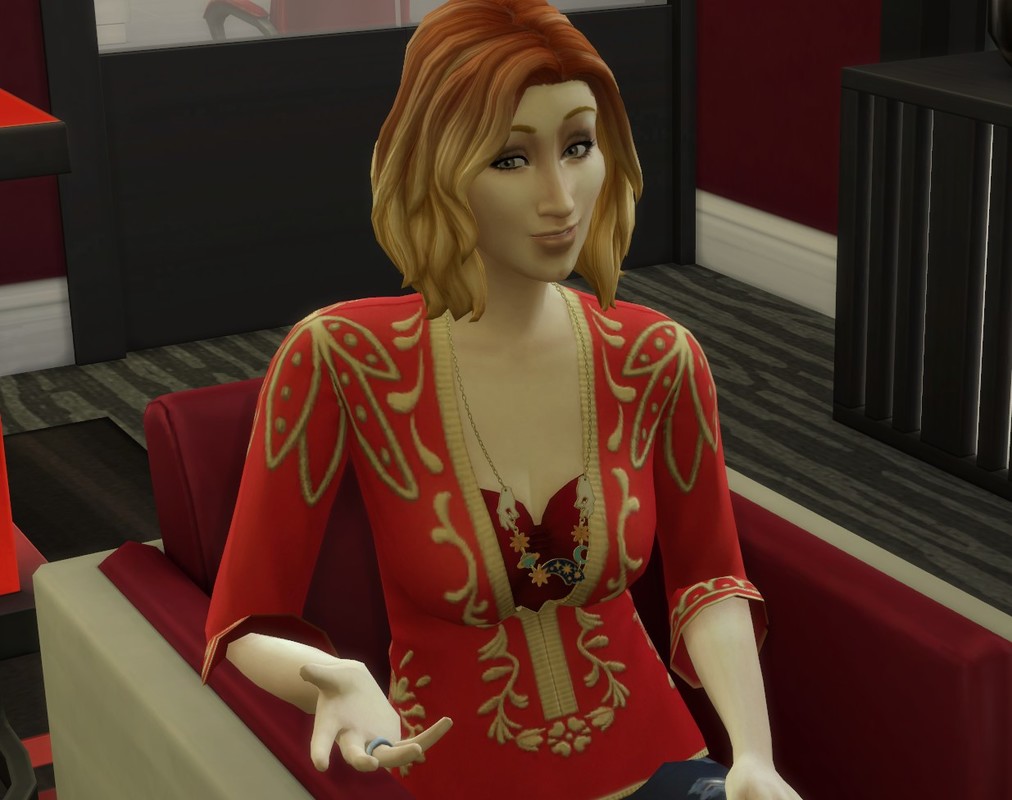 His face darkened immediately. “I’m not going to take Alex to the premiere, Jianna, if that’s what you want.”
​ 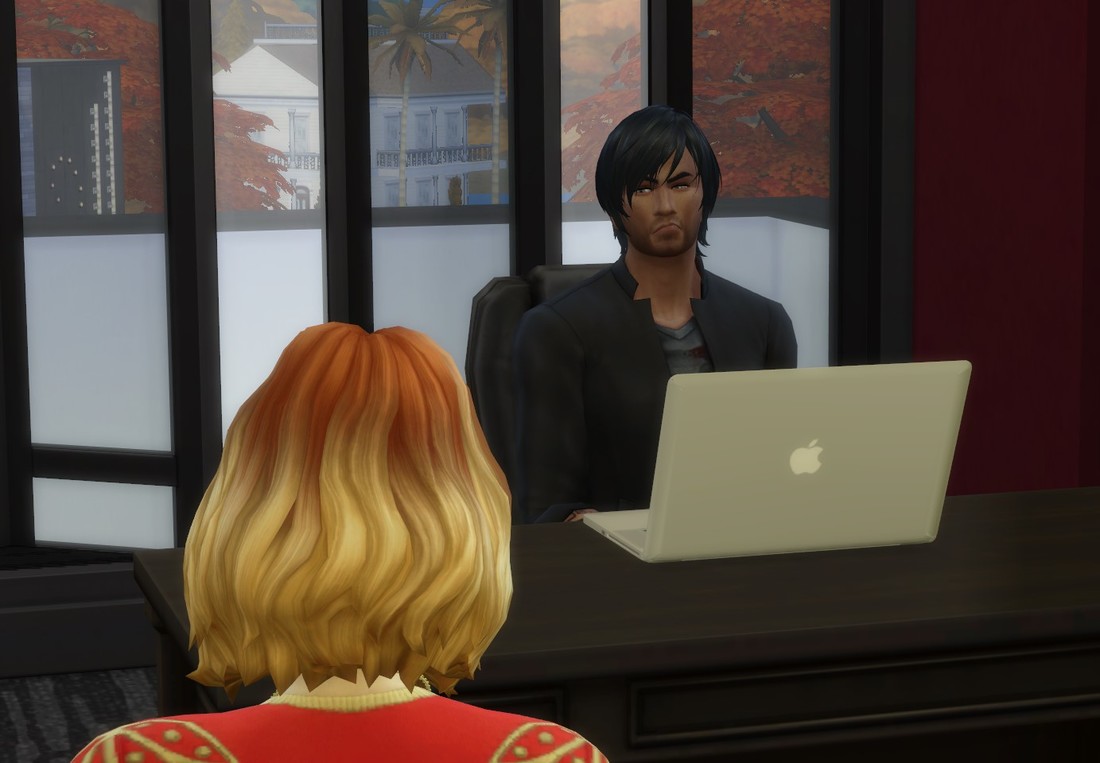 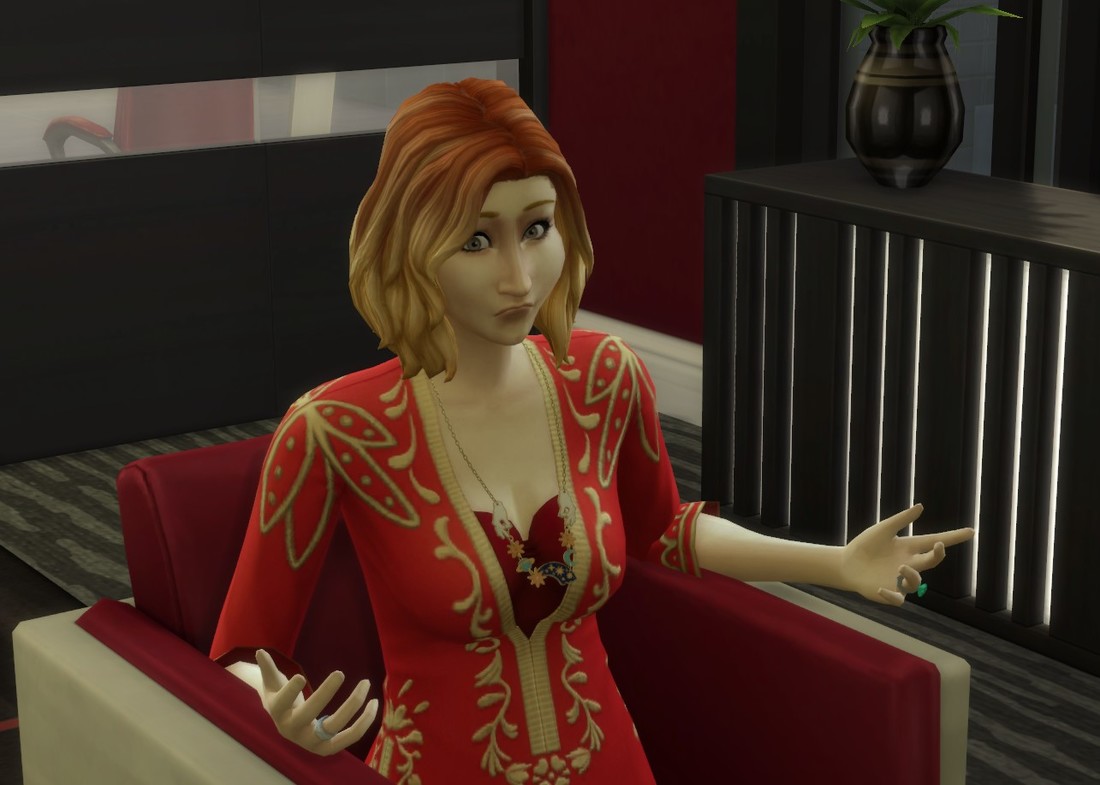 “Are you kidding me? He’s dating tons of someones. I can hardly open my computer without seeing him mugging some random dude. Absolutely not.”
​ 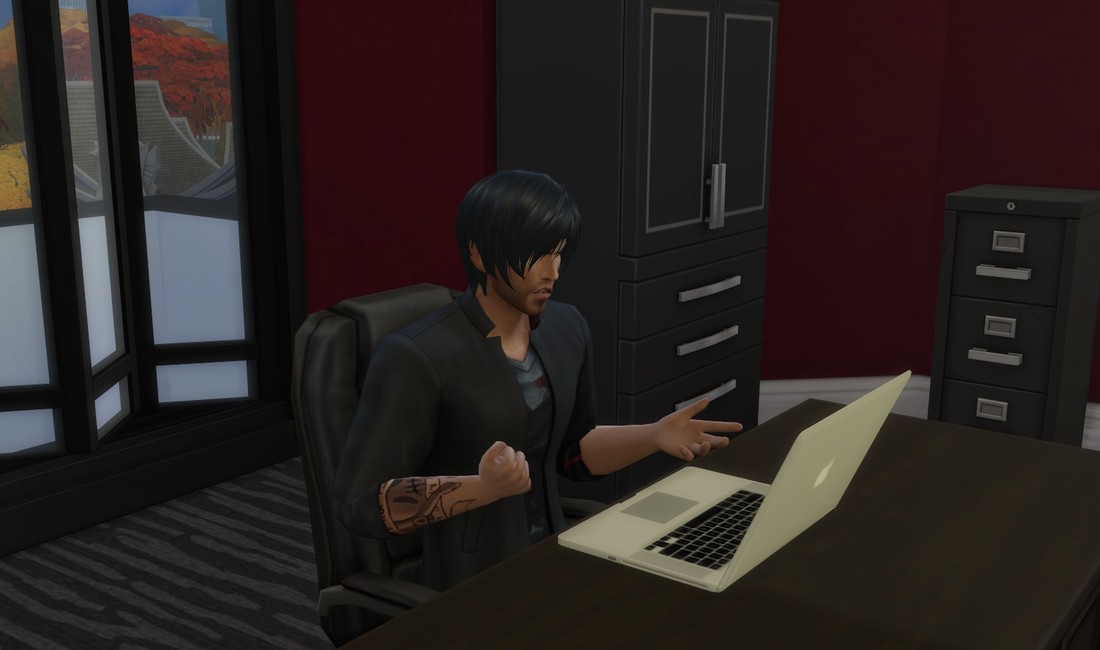 “Come on, Knight. How is that any different from you dating a lot before you met Grayson? And just because you’ve stopped going out on dates, does that make it wrong for Alex? He’s hurting. His breakup with Dallas was hard on him. I know if you two would just stop being so bullheaded, you’d realize you need each other.”
​ 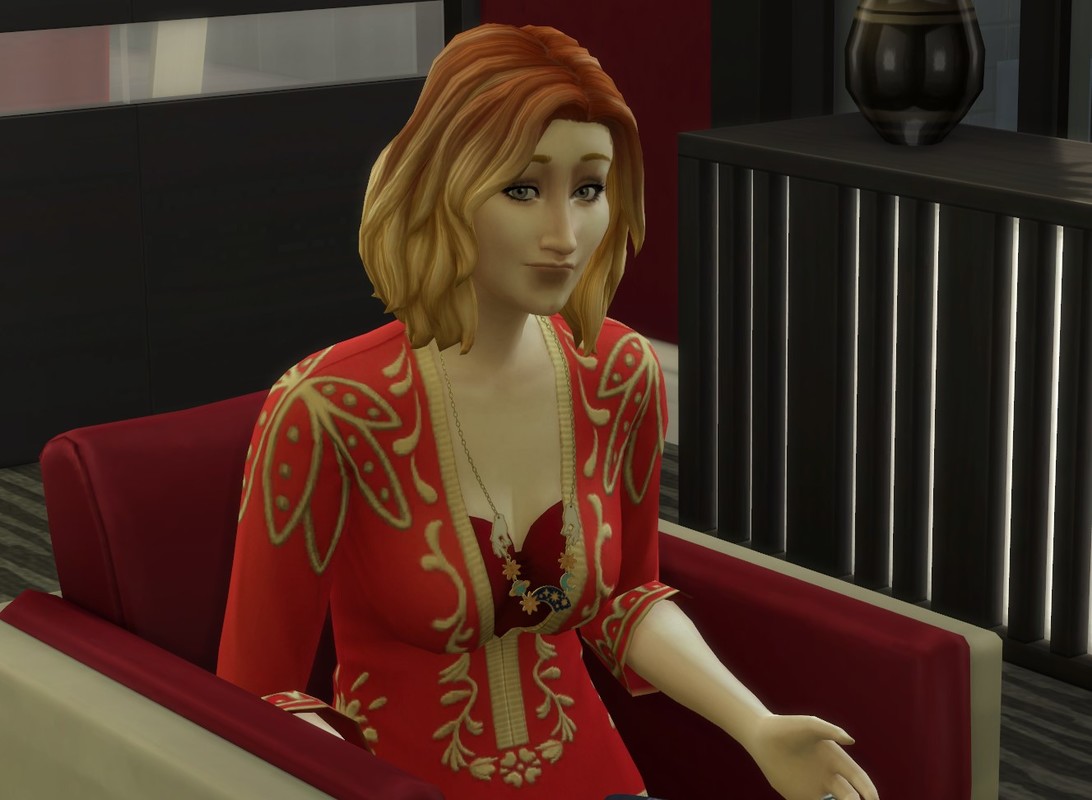 It was time to get out the big artillery. I pointed at him, raising my voice, “Knight Richardson, I have never asked a favor of you in all the time I’ve known you and as the wife of the father who adopted and raised you, I’m calling one in. You will stop this foolishness and go out on one measly date with Alex or I will hound you day and night until you say yes. Do you hear me?”
​ 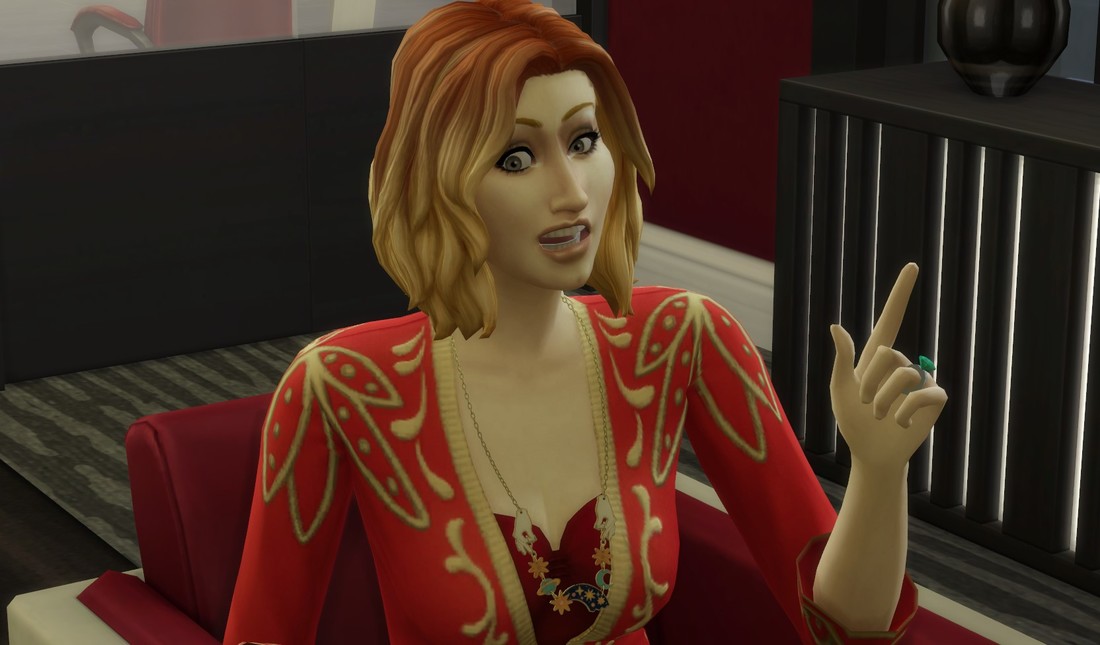 He just glowered at me for a long time until finally, he said, “When and where do I have to show up?”
​ 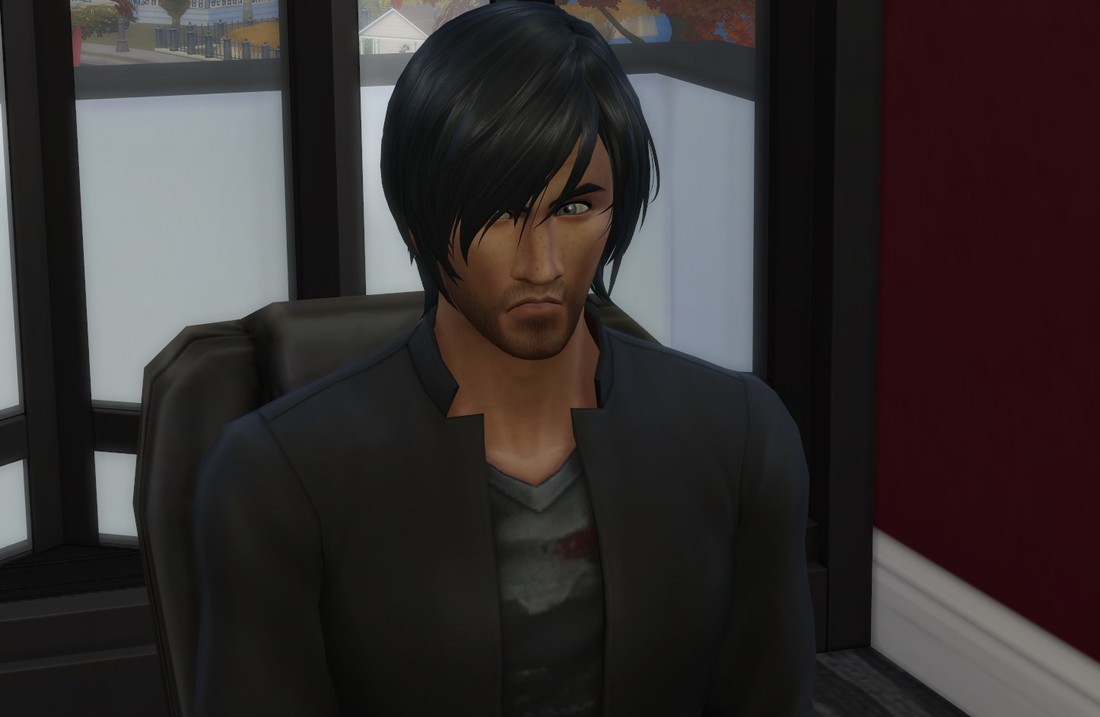