Searching through the hospital children’s corridors, I finally found him.

He whipped around, with a knowing smile on his face.

“You traitor!” I accused. “How could you keep a secret like that from me for so long?” 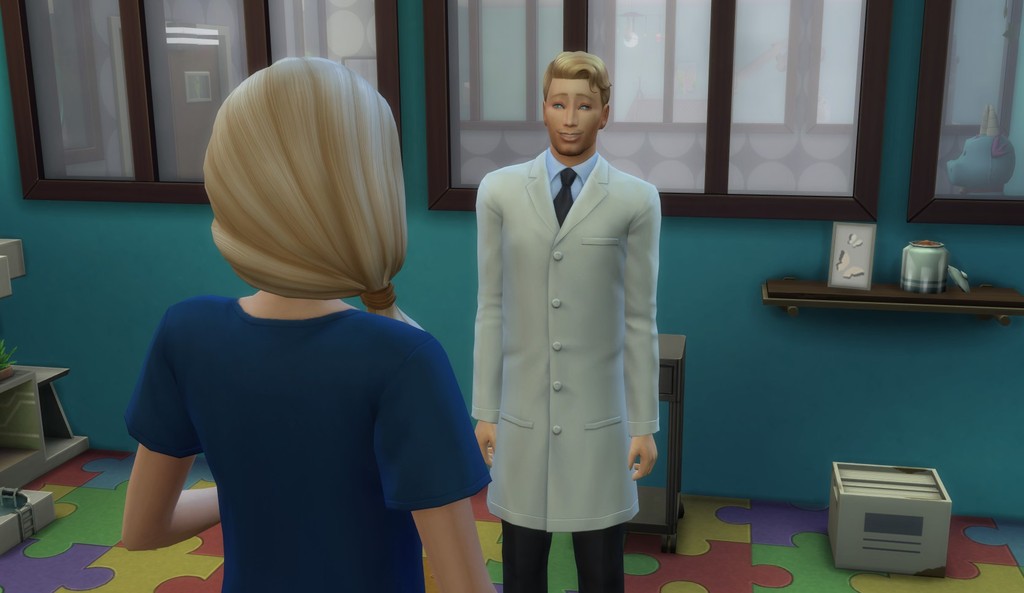 “Don’t play Mr. Innocent. I know it was you that set things into motion. Tell me how you did it? How did you change Mz. B*itch’s mind to allow me to take over your job while you ascend to loftier places?” 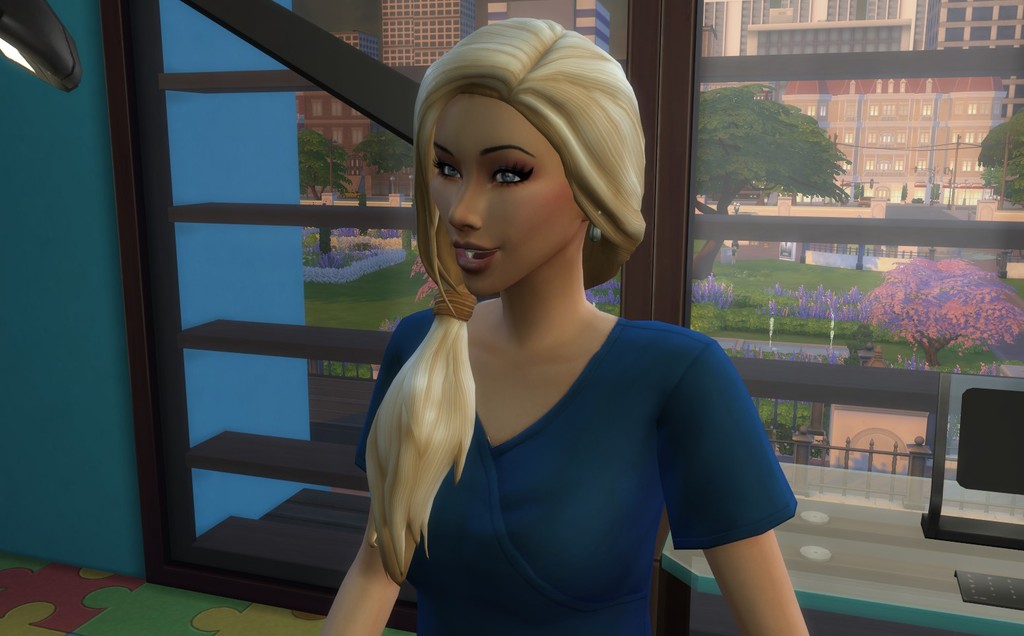 “It wasn’t hard. I just reminded her that you were the hospital administrator’s niece-in-law, not to mention your ties to the Day Foundation. I kind of intimated I’d go over her head.” 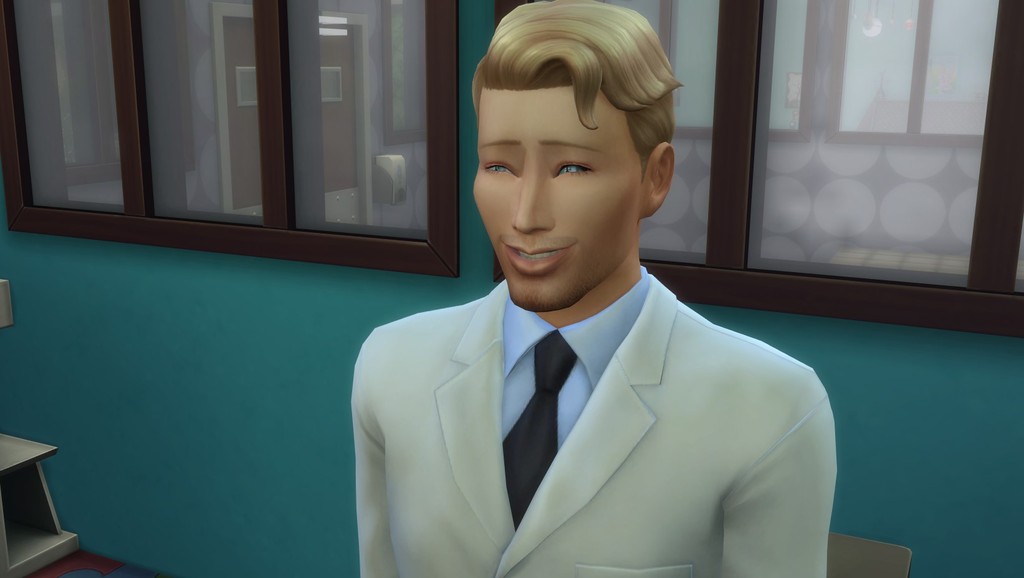 “Crafty. Remind me never to get on your bad side, Dr. Wilkins.” 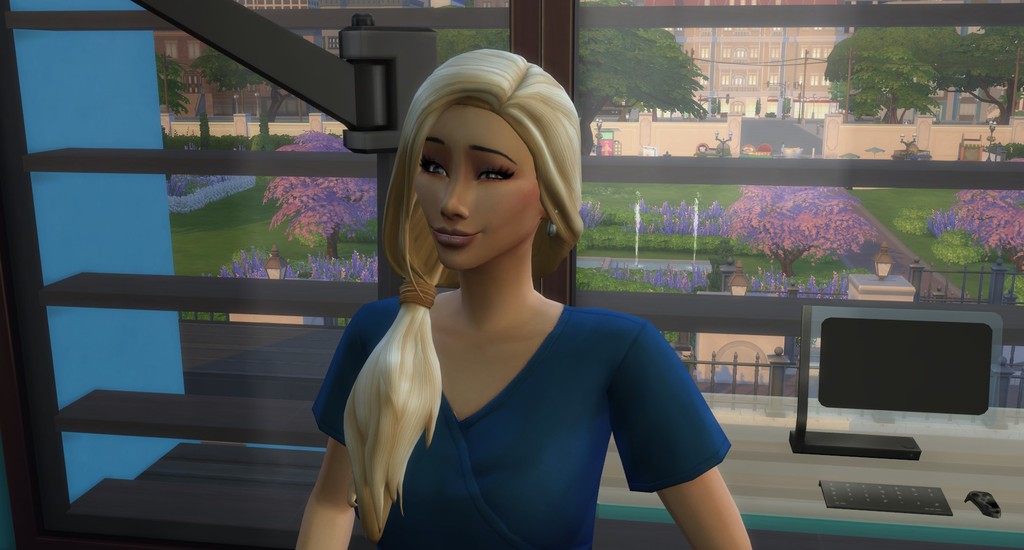 I couldn’t wait to get home to tell Jackson the news! Rushing into his arms, I squeezed him. He’d been plucking on his guitar and didn’t even have a chance to put the instrument down. “What’s all this, Angel?” he asked, stroking my hair.

I nuzzled into him. “Only that your wife is now the head of the children’s department at SM General.”

“What? That’s great news! I thought you said your boss told you no.” 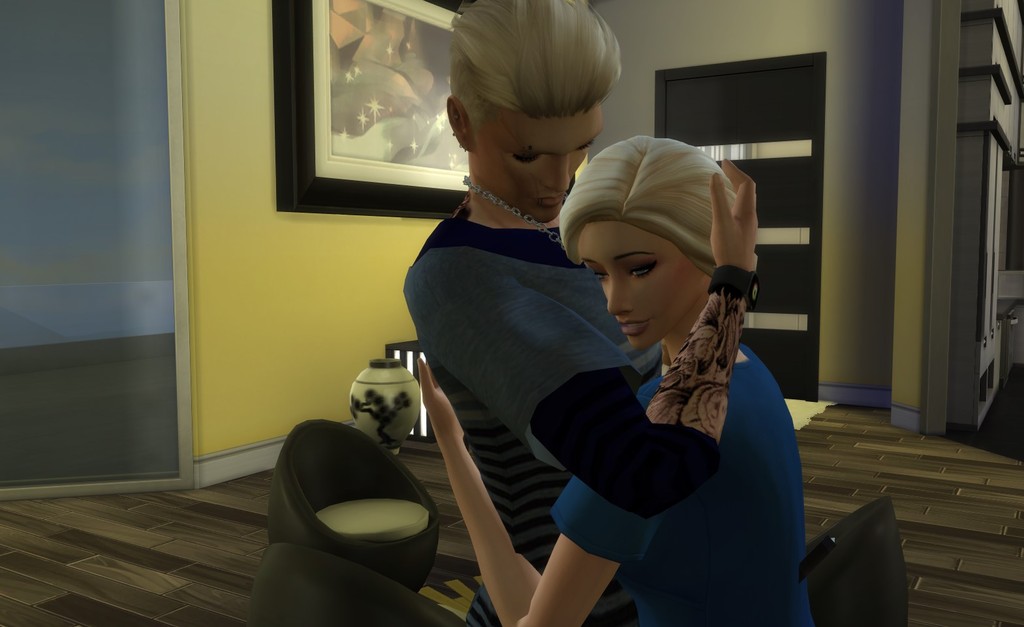 “Paxton pulled a few strings. Isn’t that great? Now I won’t work those god-awful hours anymore. I can be with you and the kids so much more. Let’s celebrate. Just you and me. Want to go to that new Chinese restaurant a few blocks down? Luci says it’s amazing.”

“I’d love to, babe. It’s just that we’ll have to cancel with the Wilkins’. Remember we made that bowling date with them and their kids?”

My shoulders sagged like a deflated balloon. “Oh. My. God, no. I just saw Paxton for the past six hours. He droned on and on about admin jargon. I really don’t want to see him tonight even if he did do me this huge favor.”

Kissing my hair, Jackson said, “Okay, Angel, I’ll give them a call and cancel. I want to be with you, too.”

But then guilt slinked over me like a worm that dropped from a tree. Shaking my head, I said, “No...I can’t do that to them. I know their daughter, Crystal, was looking forward to it.” I sighed into his shirt. “Why do I have to have a conscience?”

“Because you’re the woman I fell in love with.” He kissed my cheek and whispered, “I’ll make it up to you tonight.” 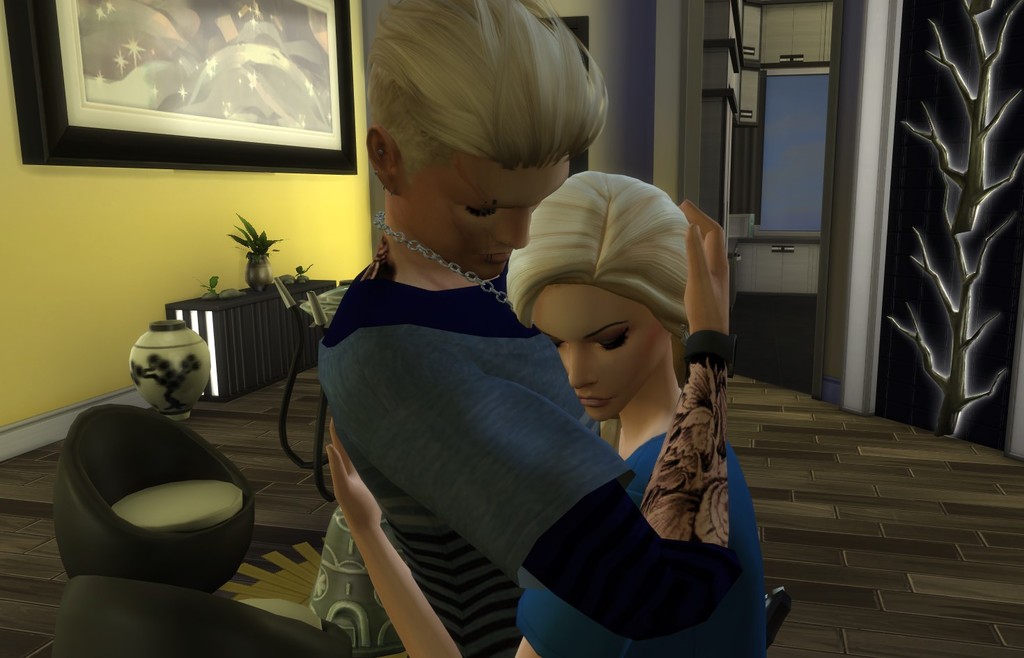 My insides felt all tingly and squishy. We were going to go bowling! I’d never been before except Crystal told me she would be the best at it because she is very “athletic”. Even more than me even though I’d beaten her running from the bus to the apartment complex door every time.

“Do you think they’ll have a striped azure and alabaster ball just for me?” I asked Daddy, pulling on his arm. 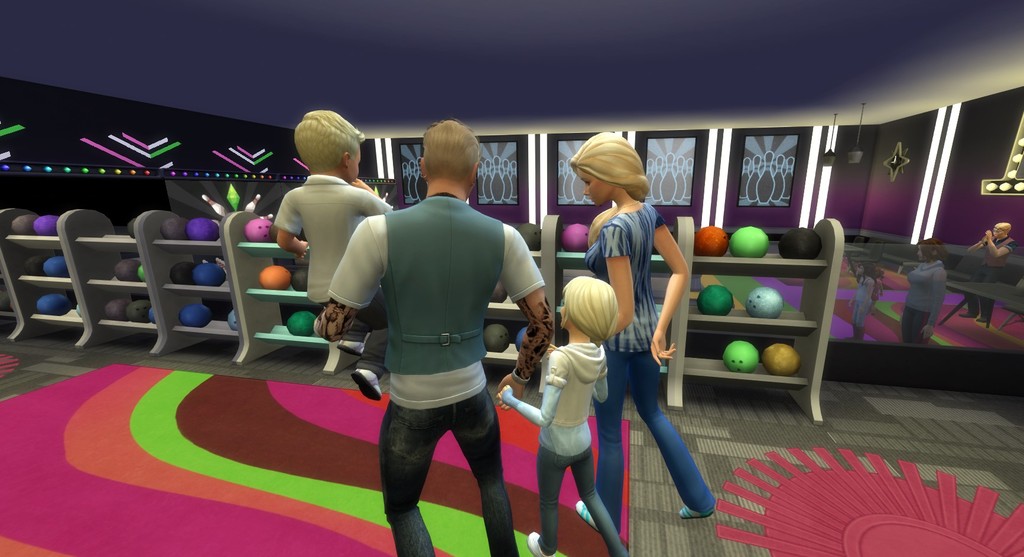 We’d been working on color words at school. Since I knew all my colors, I asked my teacher for more interesting ones. She gave me a pinched face and scribbled out two words: Azure and alabaster. I had no idea what colors they were, but I figured they must be beautiful to have such spectacular names.

“I don’t know, eggplant,” he answered. “I haven’t been here before.”

I giggled. I loved how Daddy always changed his love name for me. It was a different vegetable he thought I wouldn’t eat. At first it was asparagus because I wouldn’t try them. But then I did and loved it! He promised he’d never call me something I wouldn’t love. Then he changed it to broccoli. And next, banana (they were so mushy, I thought I wouldn’t like them, but I did!) Eggplant was the latest. It sounded sooo gross. No way was I ever going to eat that. And I liked the name, so I’ve been “eggplant” for about a century now.

My brother bit his lip and whined, “Down. DOWN!” 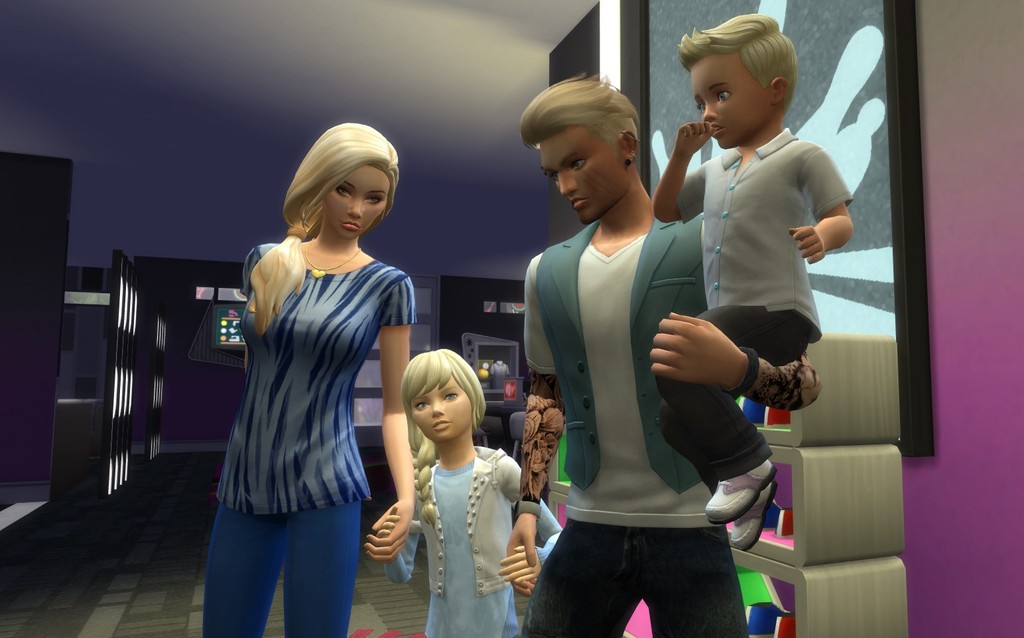 Daddy put the little monster down and he tried to pull out of his grasp. “I want a ball. Pwease, Daddy?”

“Daddy will get it, Eli. You have to wait,” Mother warned.

“I’ll take him over to pick one out,” I offered, pointing to all the swirly colored balls. 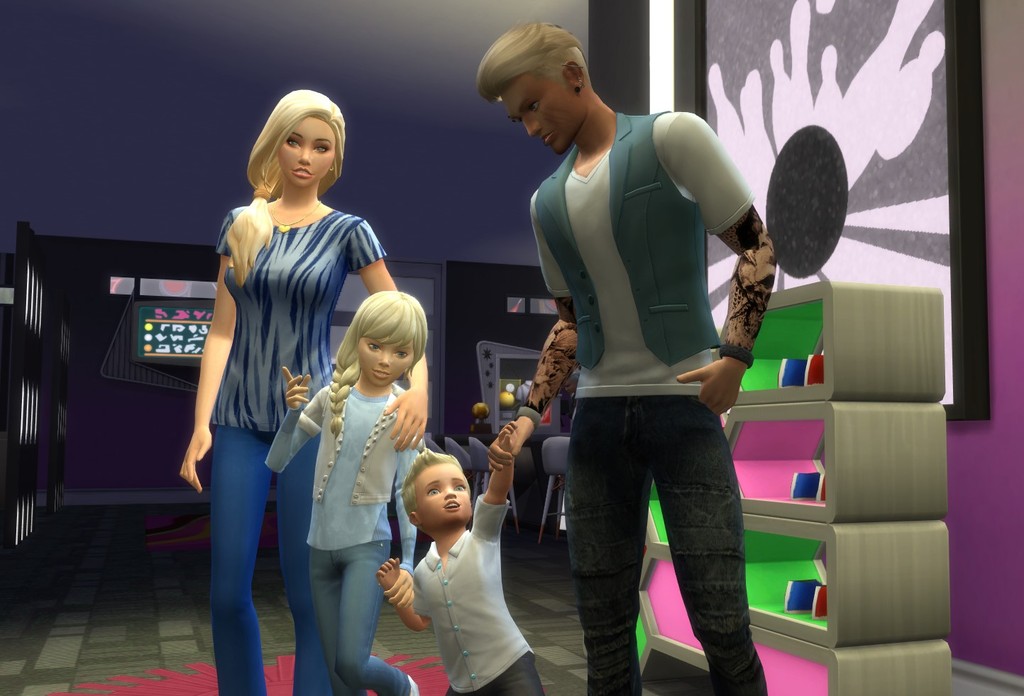 “I’ll get it, sweetheart. Can you take him over to the lane and wait on us?” Daddy asked.

Rolling my eyes, I hoisted him on my back and tromped down the steps. Crystal was already playing with a satisfied smile on her face. I figured she must have gotten a million strikes like she said she would. 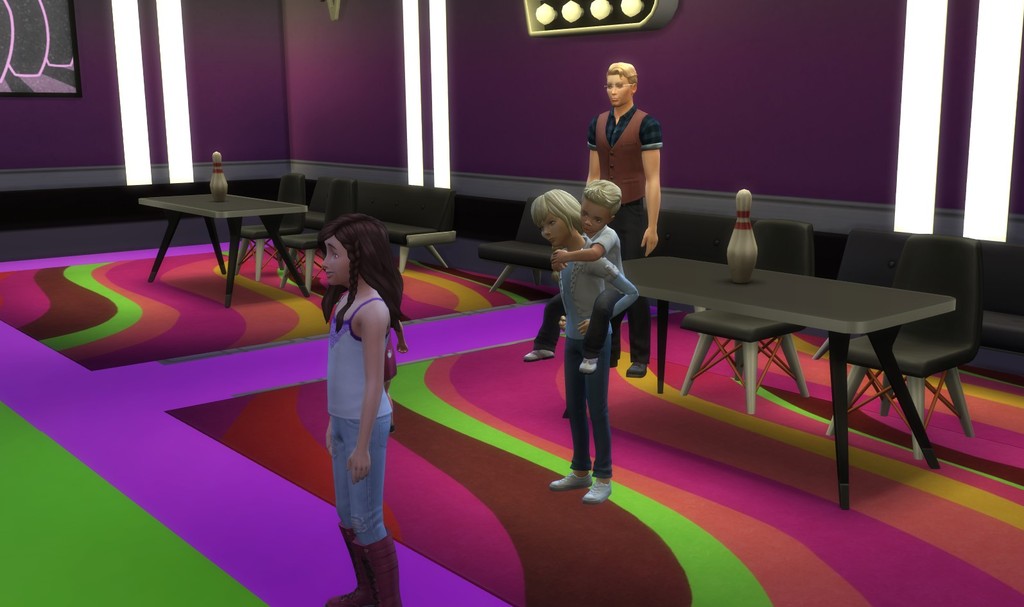 “I wanna play,” Eli whined in my ear.

“Not now. You gotta wait for Daddy. 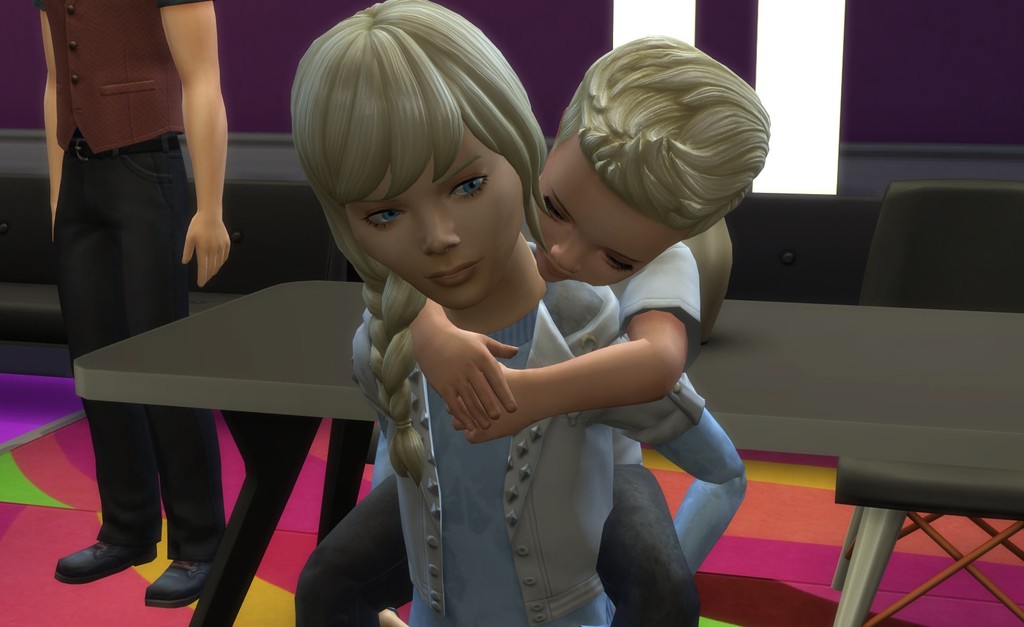 I watched Mother roll a strike and we cheered for her. 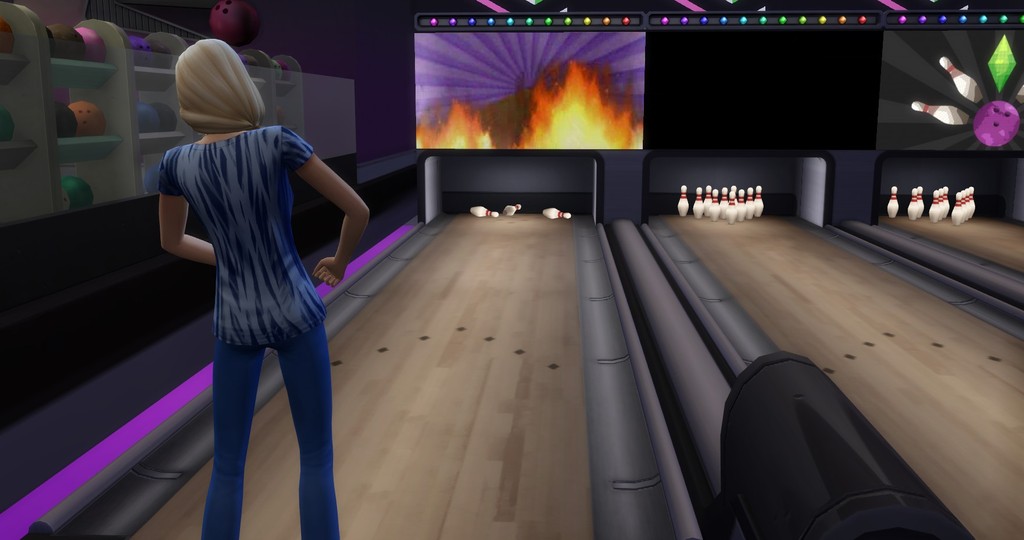 But then the monster was getting heavy and I tried to put him down. 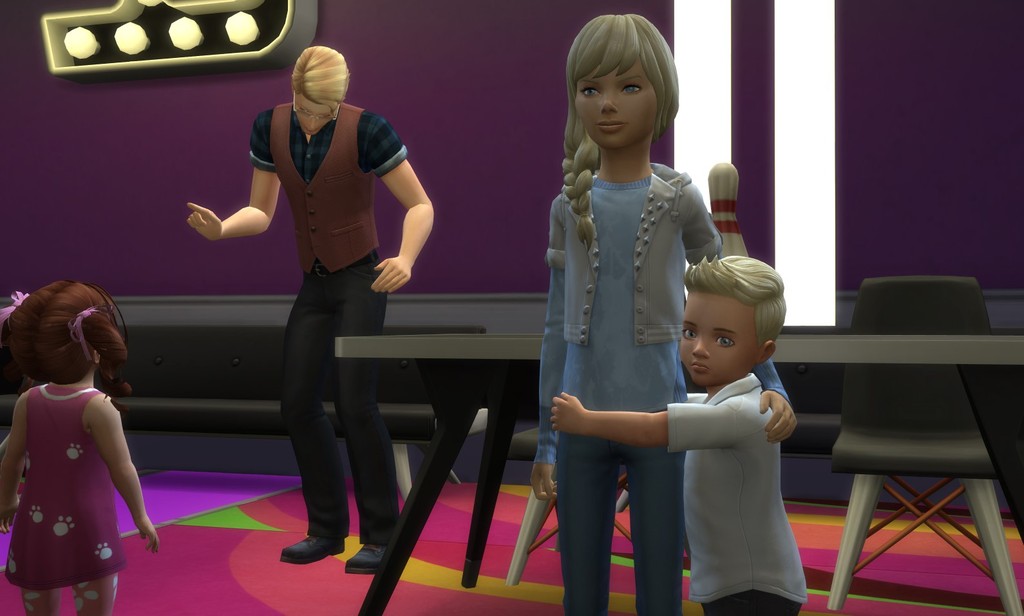 But that only lasted until the blood rushed back into my arms. “Up,” he cried.

Rocking him, he fell asleep. I wasn’t sure how long I could hold him like that. My arms started to burn, but it was better than hearing him whine at me. 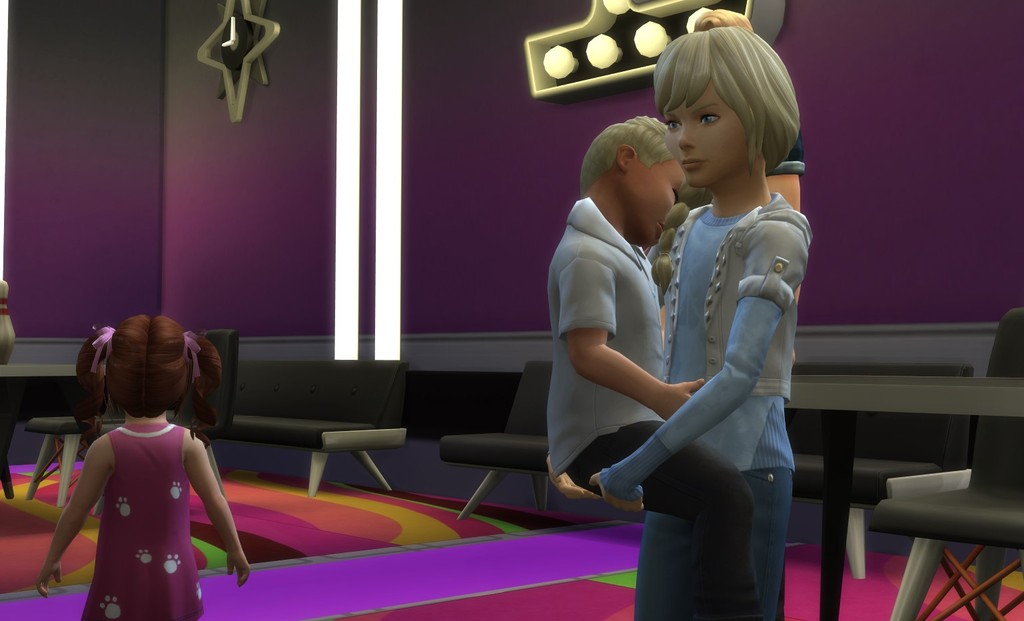 After hours and hours, Daddy finally walked over to me, smiling. “It’s your turn, eggplant. I’ll take him.”

Putting him down on the ground, I whispered, “He’s grumpy. You better do what he says, Daddy.” 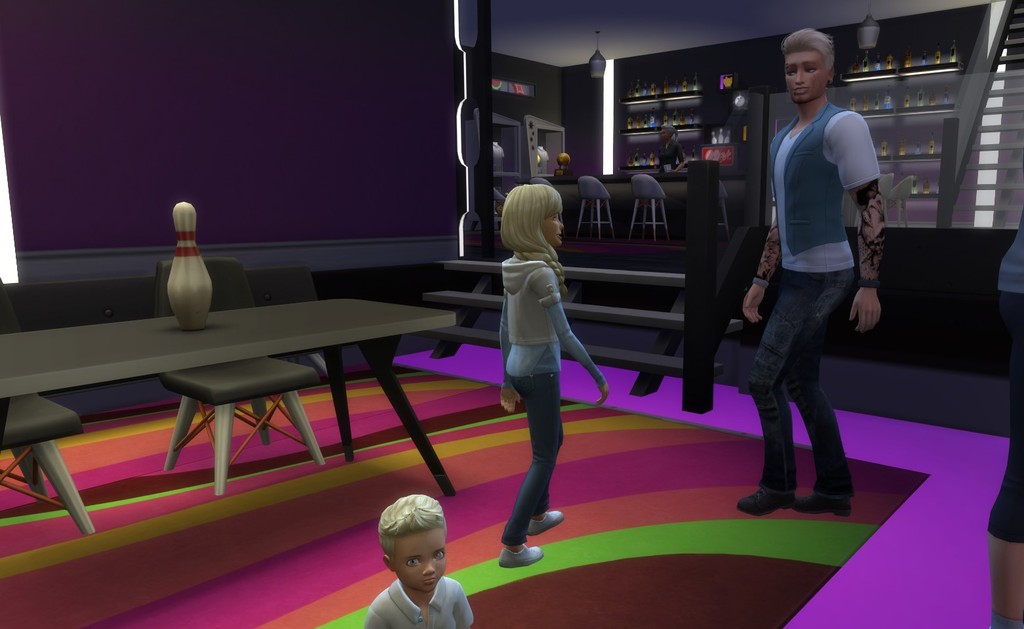 It was a bittersweet moment with the family at the bowling alley. I knew we wouldn’t get time like this very soon. I hadn’t gone on tour in about six months and everyone had relied on me so much. This was going to be a transition none of us liked. Especially Winter.

But with her new job, it would take the pressure off of her figuring things out with the kids’ schedules. I was hopeful the tour wouldn’t stress her out as it had in the past. 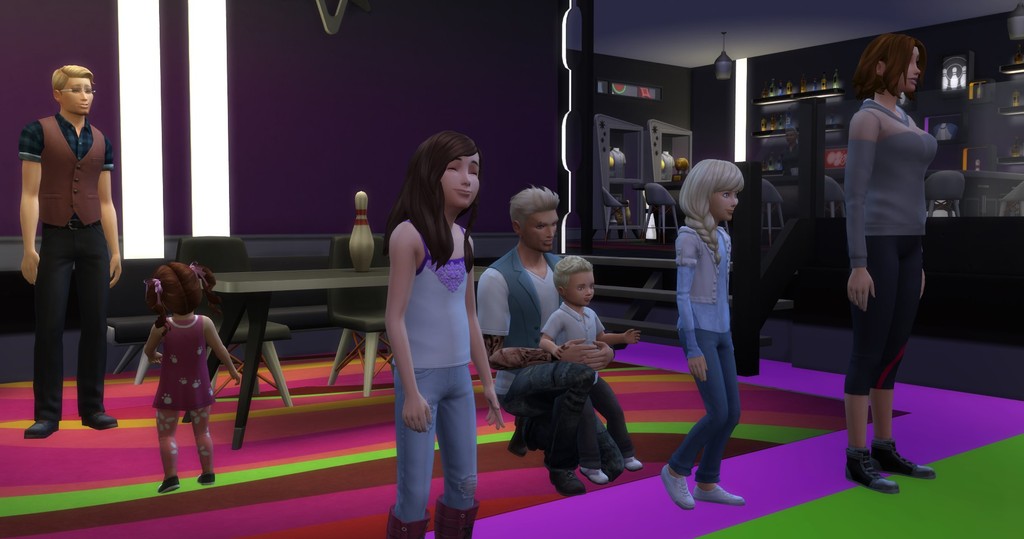 After Winter had finished her turn, she took Eli from me and led the kids to the concessions to get some snacks. I sank into the vinyl booth seats.

“They wear you out, don’t they?” Paxton observed.

He’d been watching his little daughter almost the whole time. I couldn’t believe that. Luci didn’t even help him.

“Yeah, man. They’re...um...they’re...great.” I heard a hesitation in his voice that didn’t sound convincing. 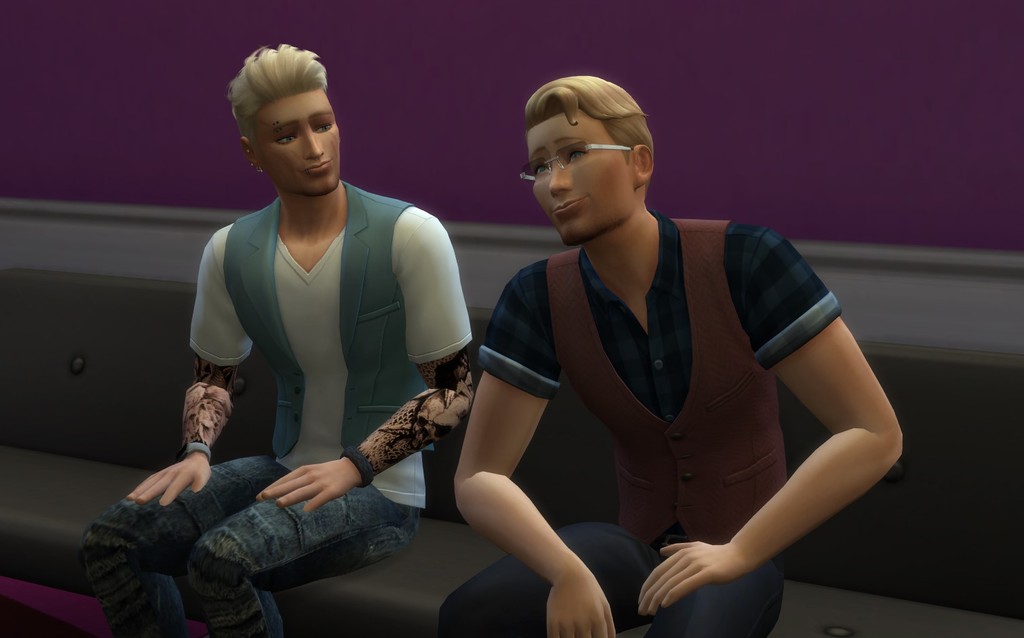 “You’re earning Dad of the year. What? Trying to show me up, man?” I joked. 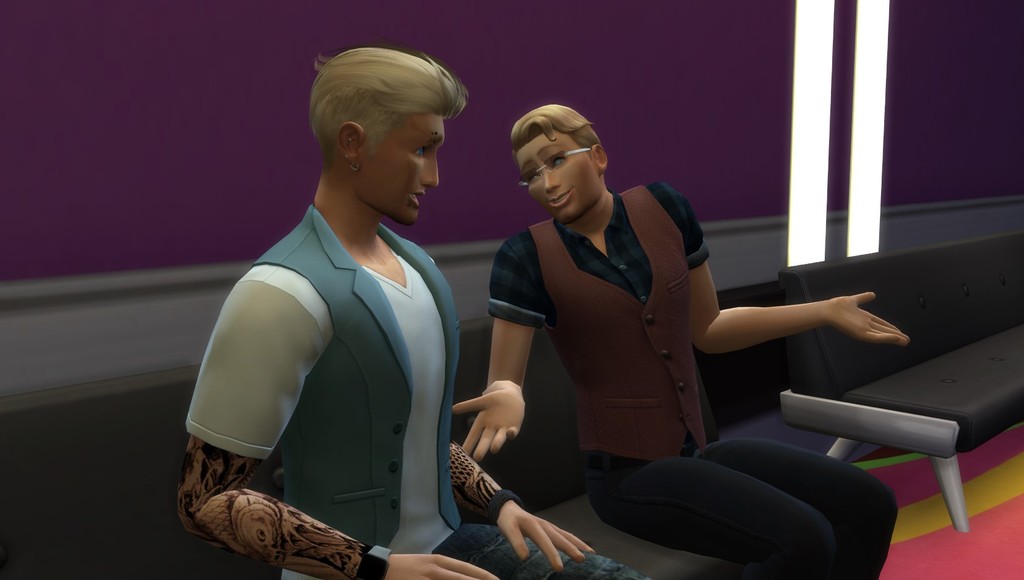 After a few minutes of awkward silence, I asked, “So...is everything okay? I mean...between you and Luci?”

Shoulders slightly turning in, he never stopped smiling. It was like he was trying to put on a happy façade for me. “Well, you know...marriage isn’t the easiest thing. Right? Luci’s a little p*issed at me because I didn’t want to come tonight.”

“You’re shitting me, bro. Winter didn’t either. Why didn’t you say something? We could have rescheduled. The bowling alley isn’t going anywhere.” 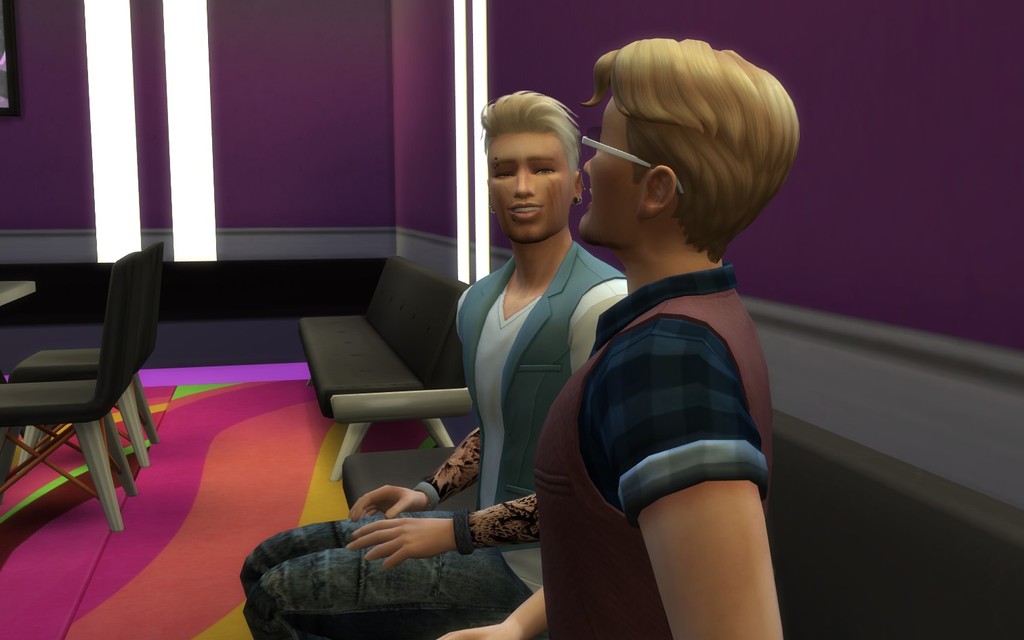 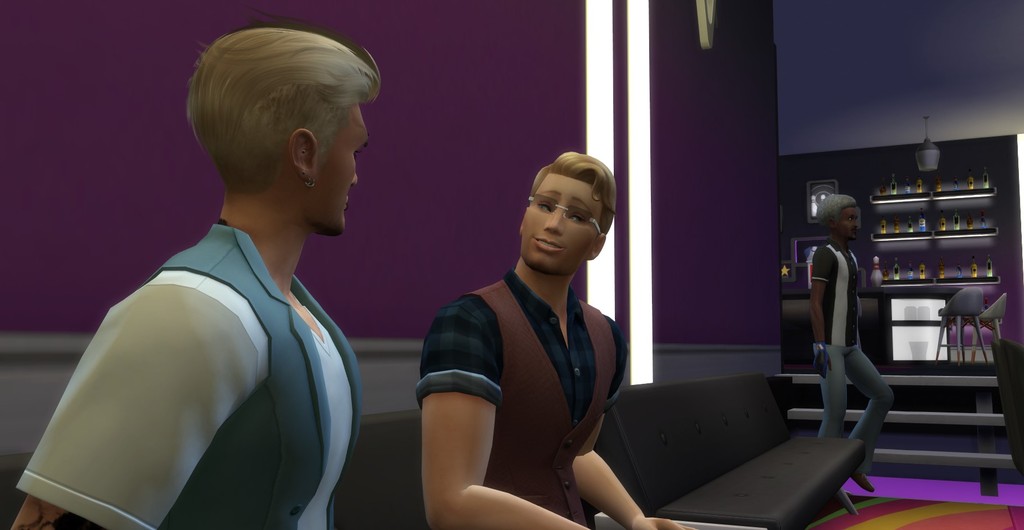 Wow. I felt for the guy. I didn’t think Luci was like that. But then again, knowing her from high school, when she believed in something strongly, there was no way against it, no matter what the circumstances. She was pretty bullheaded. And I thought my wife could get a little obstinate. “Hey, man, when I get back, let’s go on that fishing trip. Just us. No kids. No wives. How does that sound?” 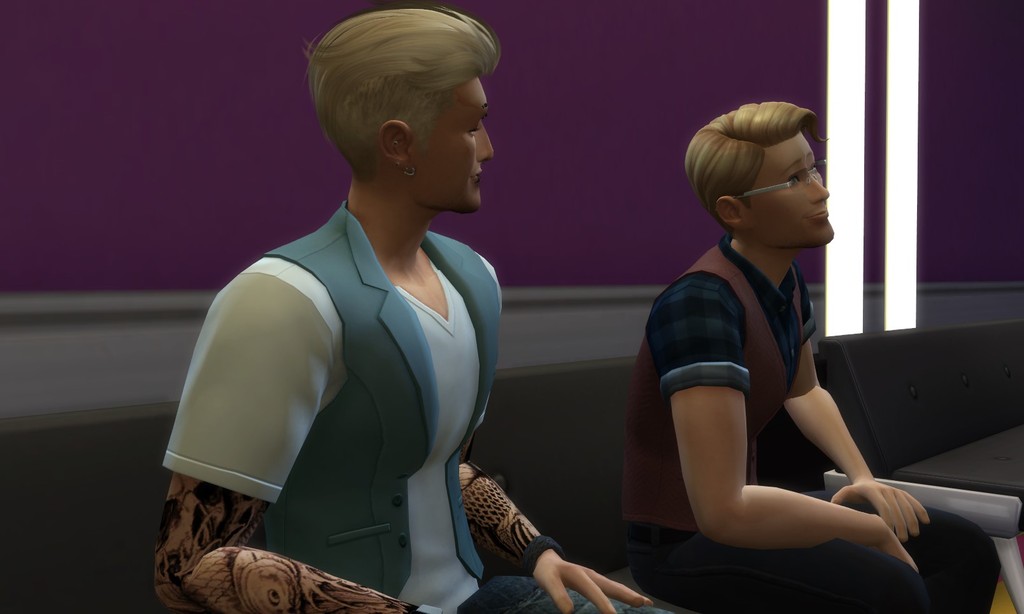