“Come on, Sandra,” I said, taking her arm. “If he bothers you again, let me know and I’ll take care of it.” That d*ick, Mickey Watts, strode past and said something to Sandra in her ear. I was getting us a drink so I left her like a sitting duck out in the open. He just couldn’t stand it that she wasn’t his anymore. I wanted to kick his a*ss so badly but I couldn’t do that here.

I only hoped that she didn’t still like him. I couldn’t tell. 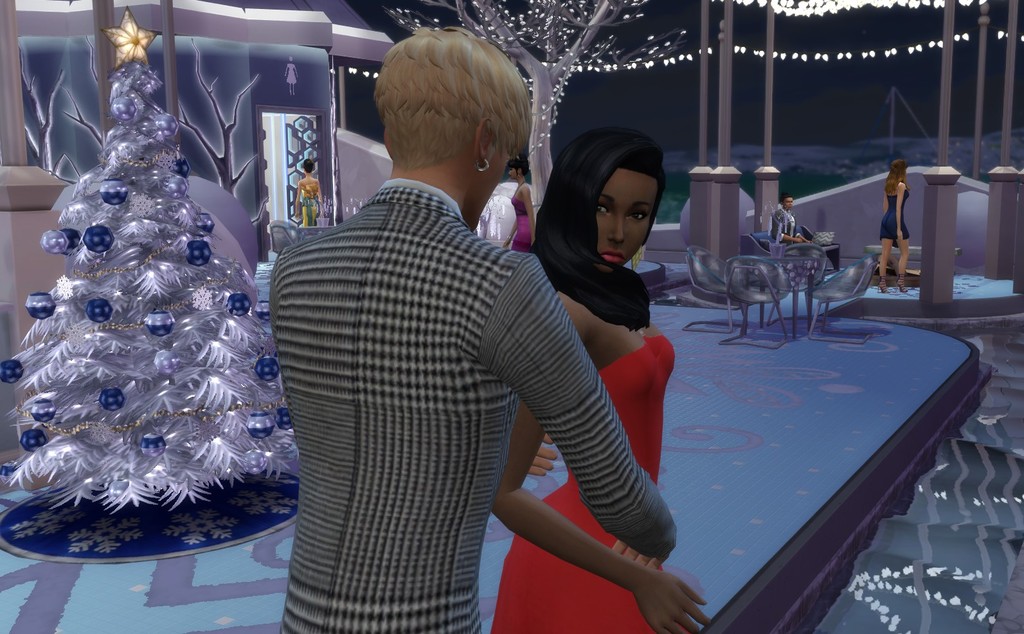 She was lying. I could see it in her eyes. But whatever. I just needed to make sure she forgot about him tonight.

Suddenly the music changed to the easy beat of a slow song. “You want to dance?” I asked.
​ 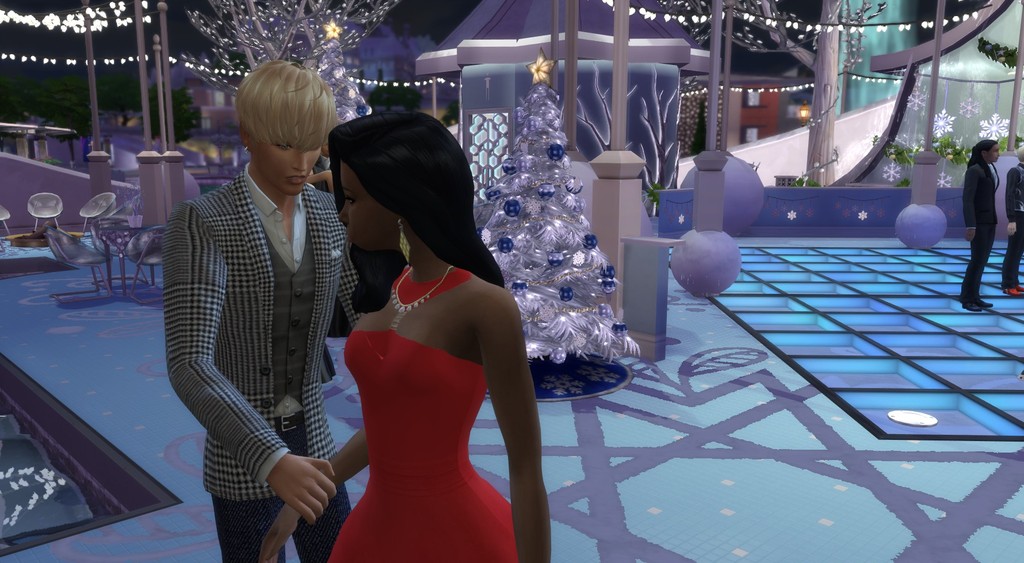 She nodded, and I pulled her close to me. She was amazingly beautiful. I loved her eyes. They were so dark, like pools of deep water. Smiling slightly, I said, “Well, come here then.”
​ 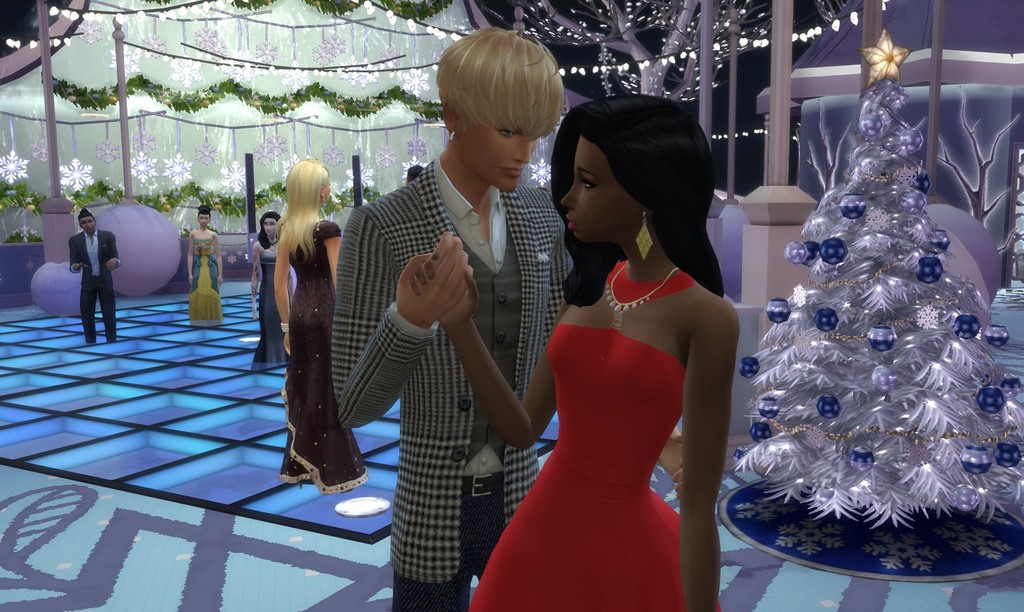 We danced for a while until the song changed to a faster pace, but I didn’t let go. And neither did she. My heart sped up as my face inched nearer to hers. I could feel the electric tension between us, and I wanted to kiss her so badly. Our stupid teachers made a rule that we couldn’t kiss or get too close since a bunch of kids really did some raunchy stuff on the dance floor last year. But I couldn’t help myself. She was irresistible.

As I was about to kiss her, she rubbed my cheek and said, “Jackson...you know we can’t...” 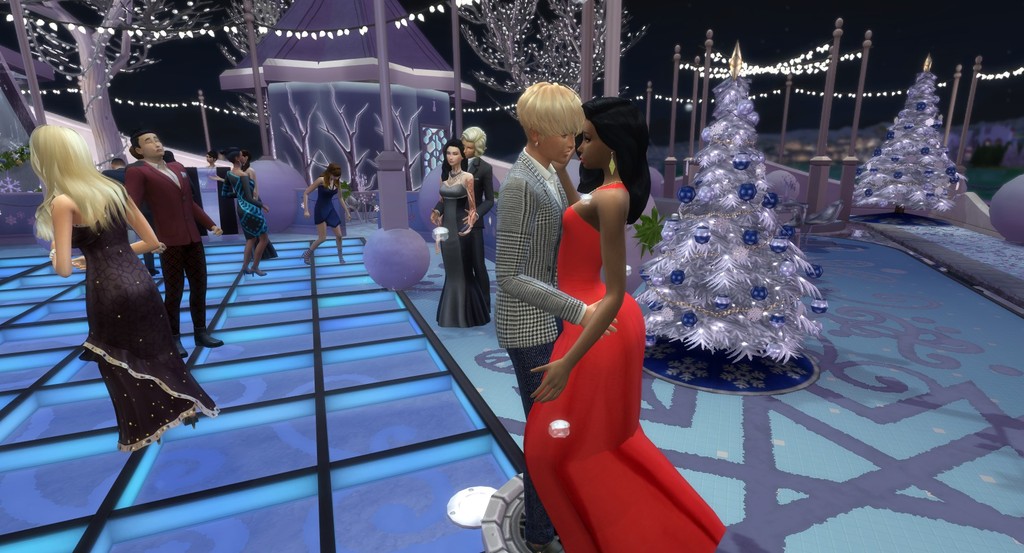 Putting her forehead on mine, she whispered, “I want to kiss you, too, but we’ll get in trouble.”

I almost laughed. She was such a rule follower. I was always the type to go with what I wanted to do and ask forgiveness later. But I didn’t want her to be uncomfortable, so I tightened my arms around her and said, “You owe me a kiss for later then.”
​ 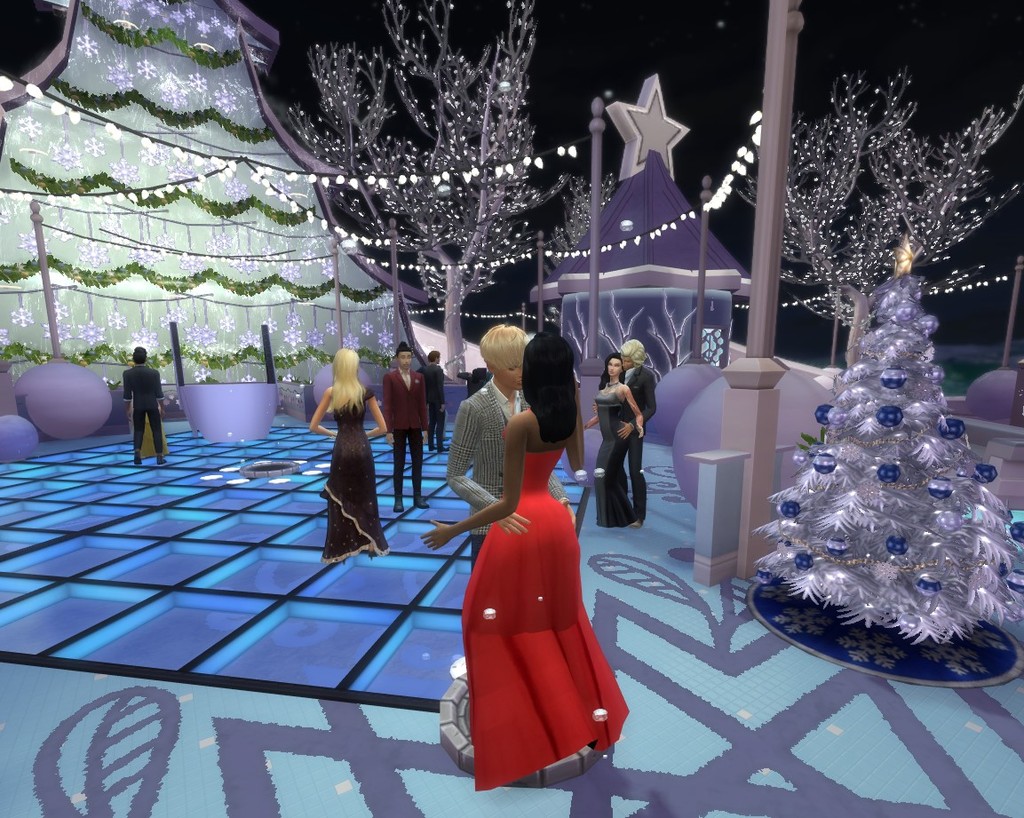 After we danced, I took her by the hand to a private alcove. Clarke and his girl followed us. I knew Sandra wouldn’t kiss me in front of them, and I wished Clarke wasn’t with me. Why couldn’t they be by themselves?

Rubbing Sandra’s back, we talked for a while. She was so easy to be with. I was loving every moment. This date was going so much better than I’d expected. And I wasn’t nervous anymore. We just fit together.

Unfortunately, Clarke and Lexx were heating things up right in front of us. It was getting pretty late and almost time to go home, but I didn’t want the night to end. “Hey, you want me to get us some food?”
​ 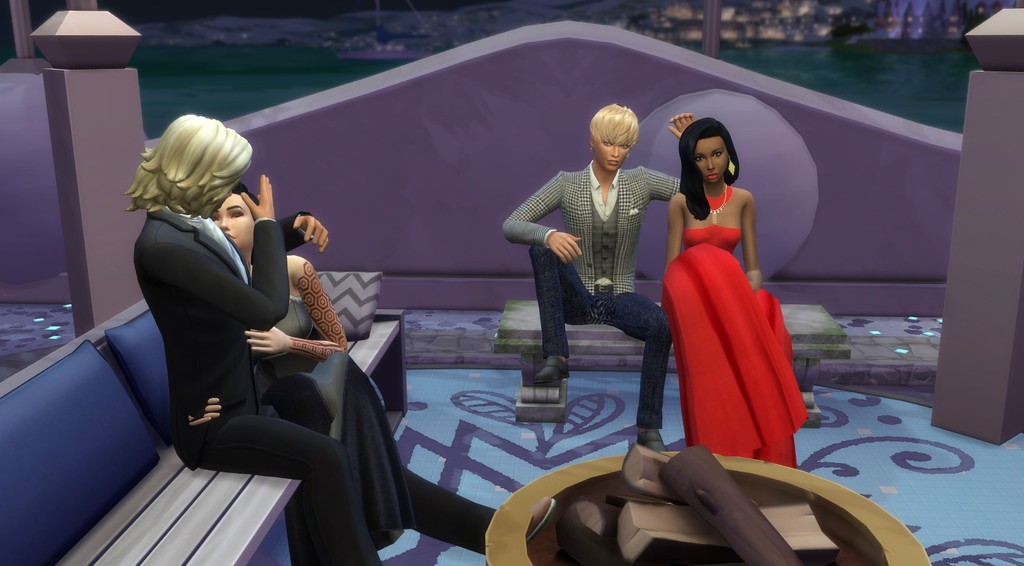 Sandra rubbed my leg and looked at her nails, leaning into me. “No, Jackson. I’m not hungry. I just like being here like this. It’s nice.”

Stroking her arm, I said, “It is.” I watched all the kids mill around the gorgeous park, taking in the twinkling lights and the full moon. It was a romantic setting.
​ 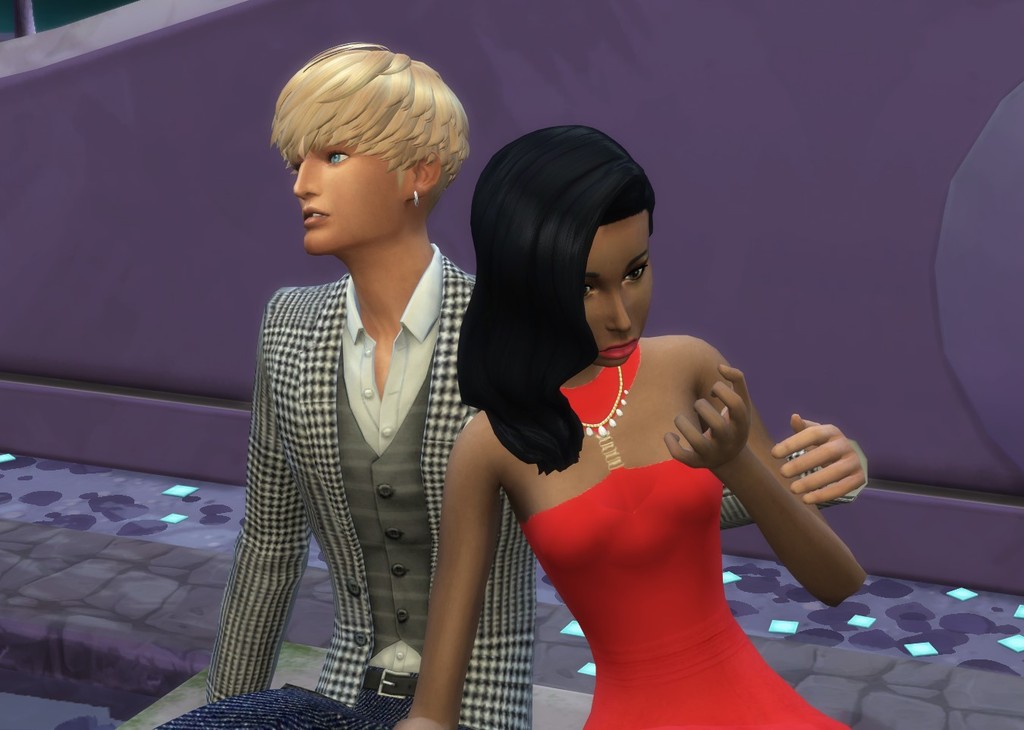 Well, except for Clarke mugging down on his girl.
​ 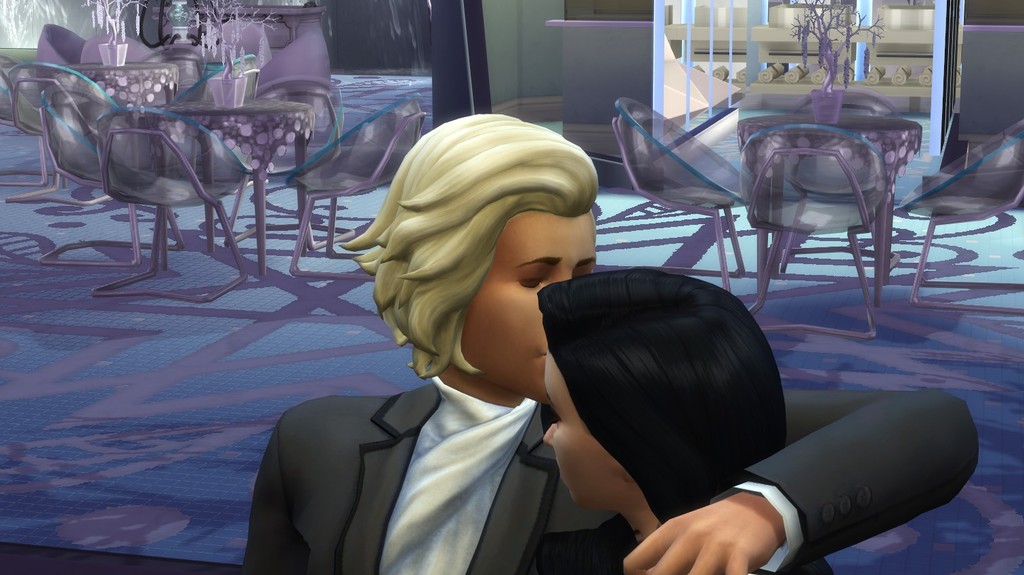 Kicking him, he pulled away and said, “What?”

I glared, hoping he’d get the message.

Suddenly, the music stopped playing and the DJ announced the last song.

I was sad the date was going to end, but stoked that we got along so well. I couldn’t wait to go out again only this time by ourselves. No Clarke and Lexx.
​ 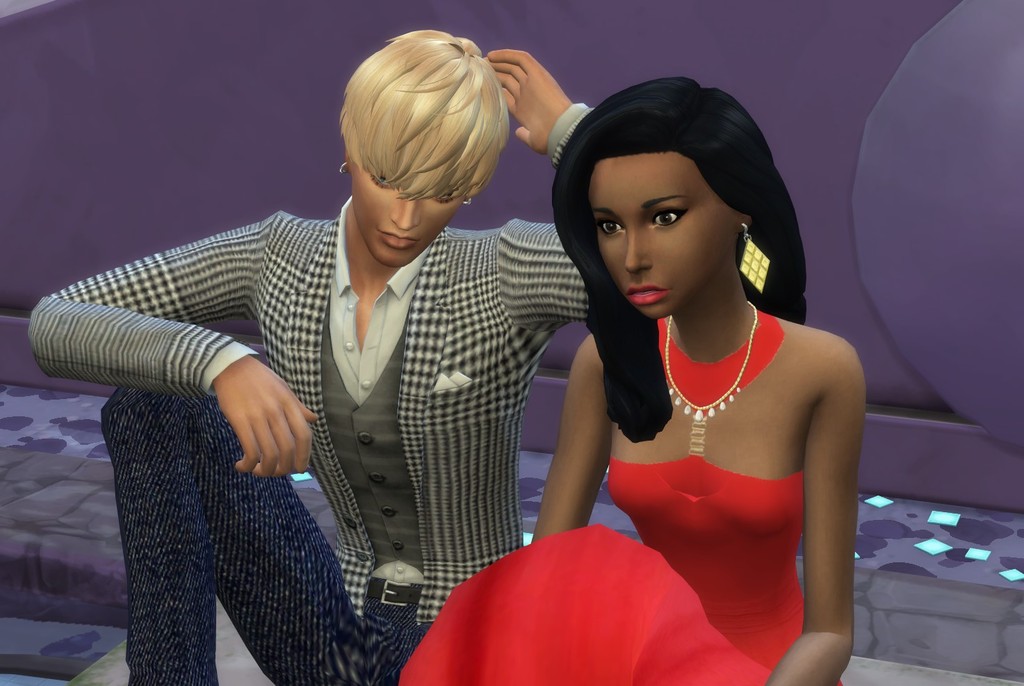 As we were about to hit the dance floor, I saw Winter storming toward me, angrier than that time I threw a rock at a hornets nest on a dare. I looked behind me because I didn’t think her anger could be directed at me. I didn’t do anything to make her upset.

But I was wrong.

Stabbing a finger in my chest, she said, “Where in the hell have you been? Ro asked me to this dance specifically because you wanted him to hang with you and Sandra and then you get here and act like he doesn’t exist.”

Confused, I asked, “What are you talking about?” 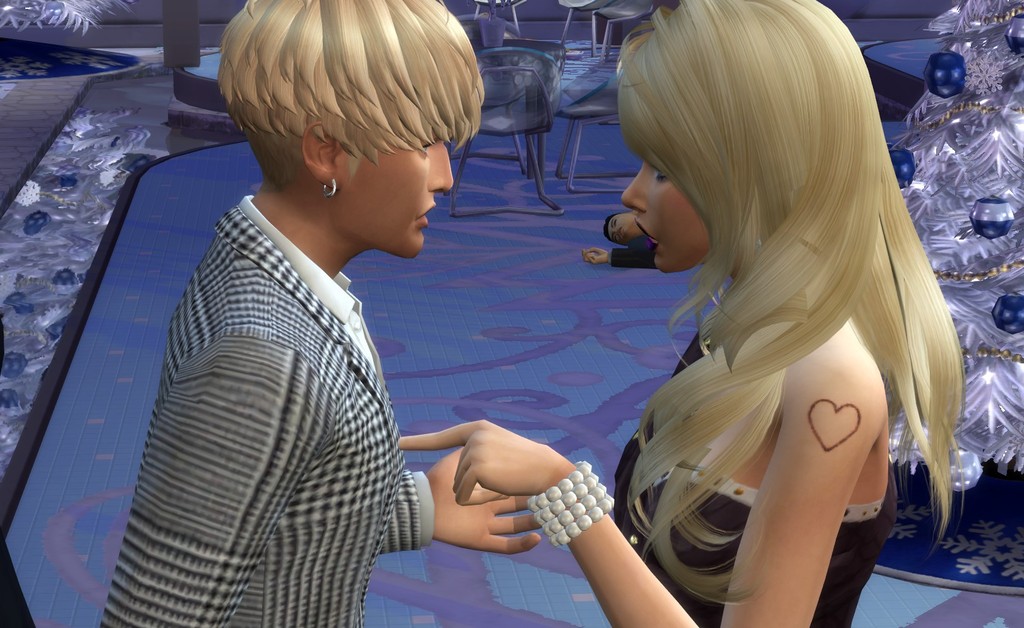 “Of course you don’t know because you think the world revolves around you. Ro is passed out--so stinking drunk because you ditched him. Look for yourself.”
​ 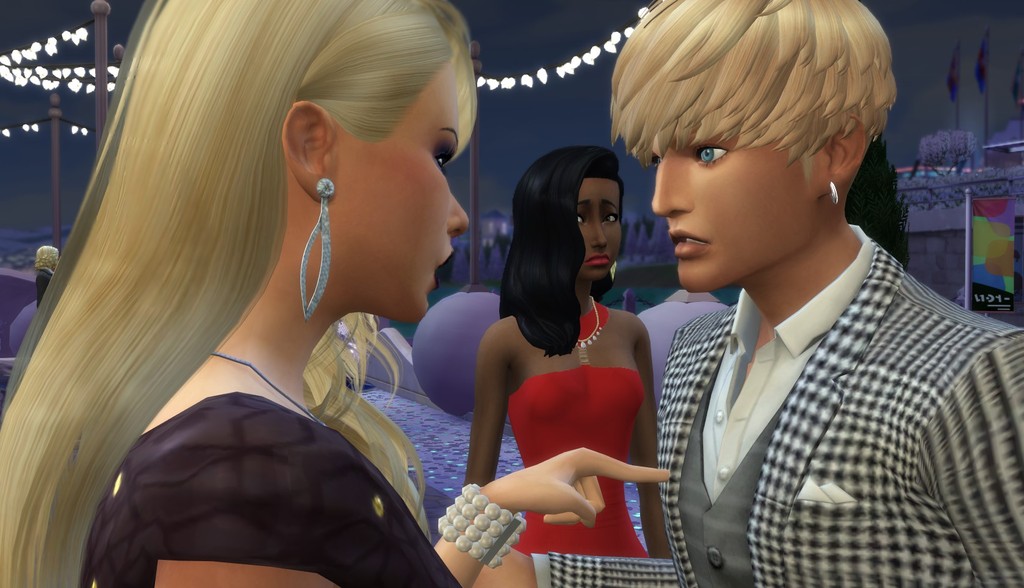 She was right. Not four feet away was Ro sprawled out. My friend never drank. Could she have been right? Was he upset that I didn’t hang with him? I felt two feet tall. I was such a loser. When I was with Sandra, nothing in the world mattered. I had no clue that was how it was going to be otherwise, I wouldn’t have insisted Ro get a date. I figured I’d need Ro to hold my hand through it. I mean, what if Sandra and I didn’t get along? Then I’d have him. But Winter was right. That was selfish.

“I don’t want to hear your lame apologies, Jackson. What are you going to do about it? Or do you think I should pick up a 200 pound guy on my shoulders and take him home?”

Looking over at Sandra, I said, “I’m sorry about this.”

Sandra said, “Don’t worry about me, Jackson. I can get a ride with one of my other friends.”

I nodded. Winter was so sharp, taking care of things like that. I felt like a creep. Sighing, I walked over to my friend. Tugging at his arm, I said, “Come on, Ro. Get up!” 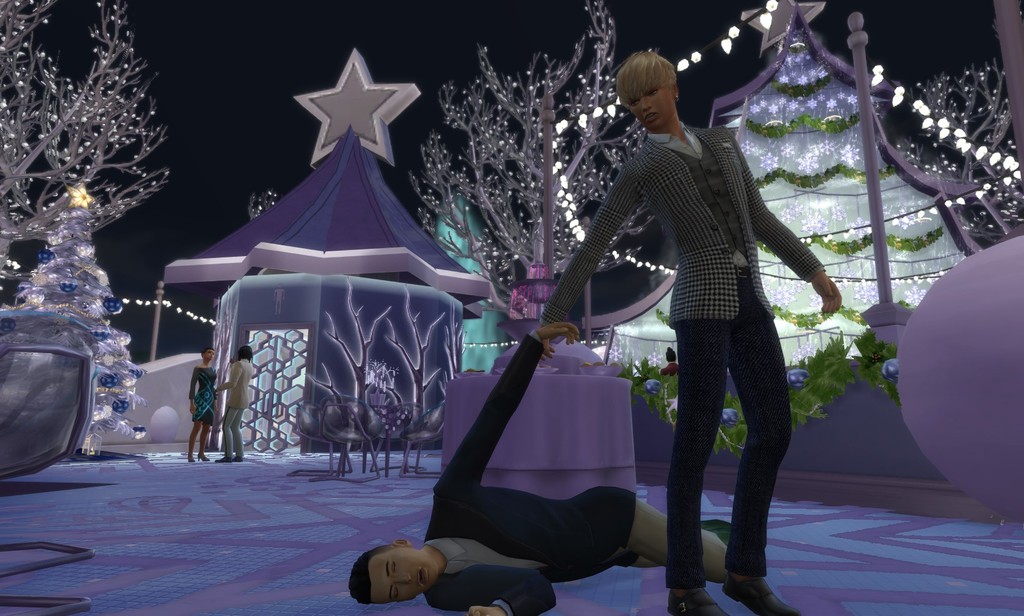 He was in no shape to go to his house. His parents would kill him. I texted them with his phone that he was staying with me.

When we finally got home, we stumbled inside. It was all I could do to keep Ro upright. He was so heavy. 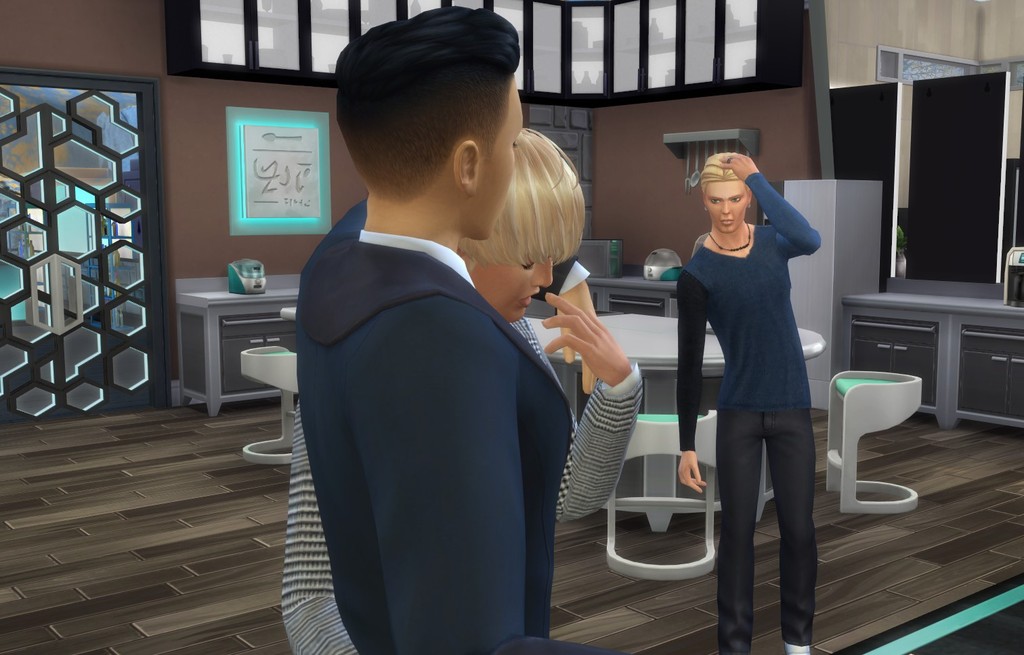 “I didn’t drink. Ro got it somehow. I don’t know. We’ll talk about it later.”

“Nah...just open the door for me to the stairs to my room.”

Head lolling, Ro slurred, “Hey, Misser Day. You look great as always.” He tried to wave. I put his hand down. It was hard enough to walk without him trying to stand upright on his own, gazing at my dad.

But we didn’t make it to my room.

Stomach lurching, Ro made gurgling noises, so I hustled him to my fathers’ bathroom. Just in time, he threw up in the toilet.
​ 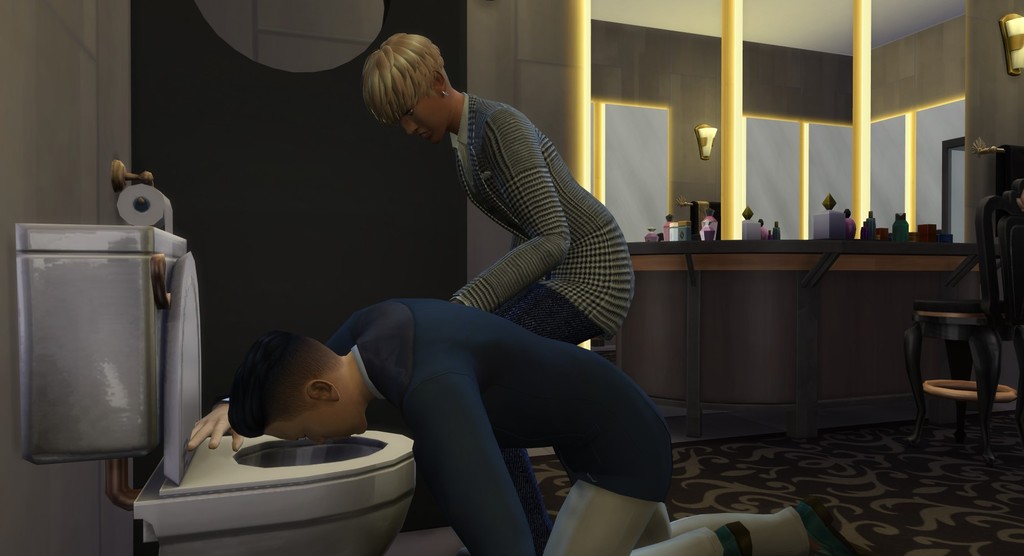 But he couldn’t talk. He threw up until he dry heaved.
​ 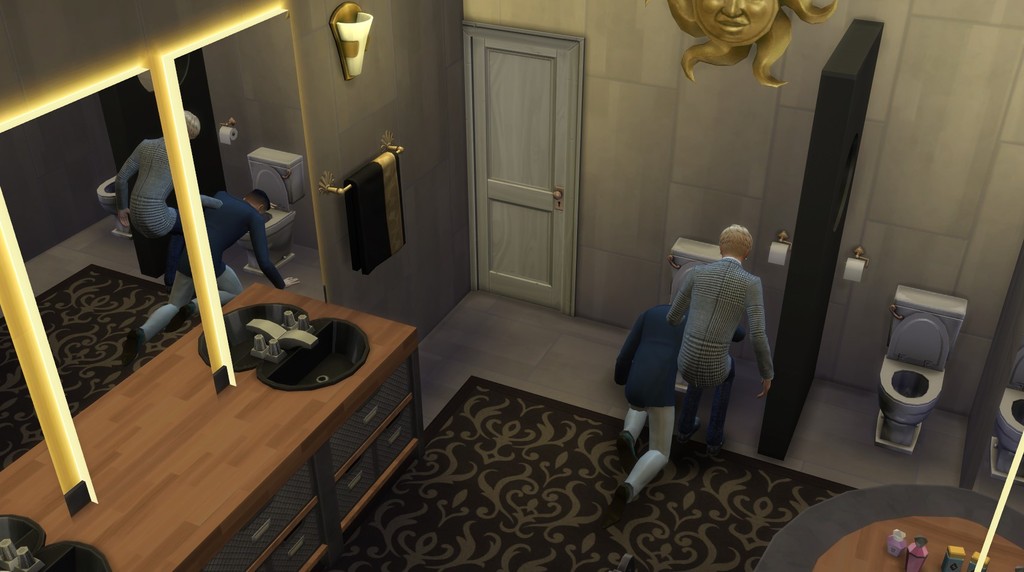 I wiped his face with a towel then settled him on my bed.

Wound up, I didn’t feel like going to sleep so I played video games for a while.
​ 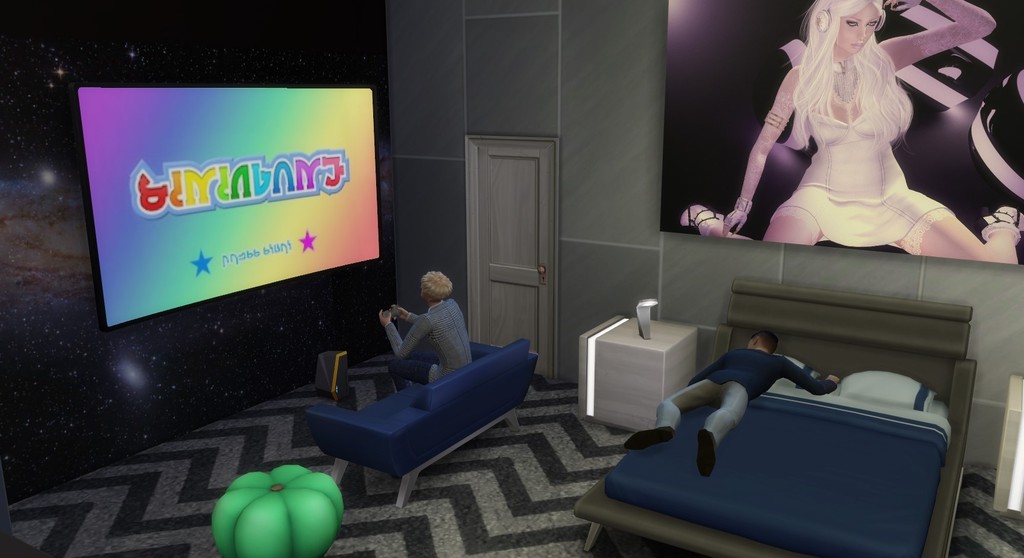 Then suddenly, Ro spoke, “Jackson, why is your dad so beautiful?” 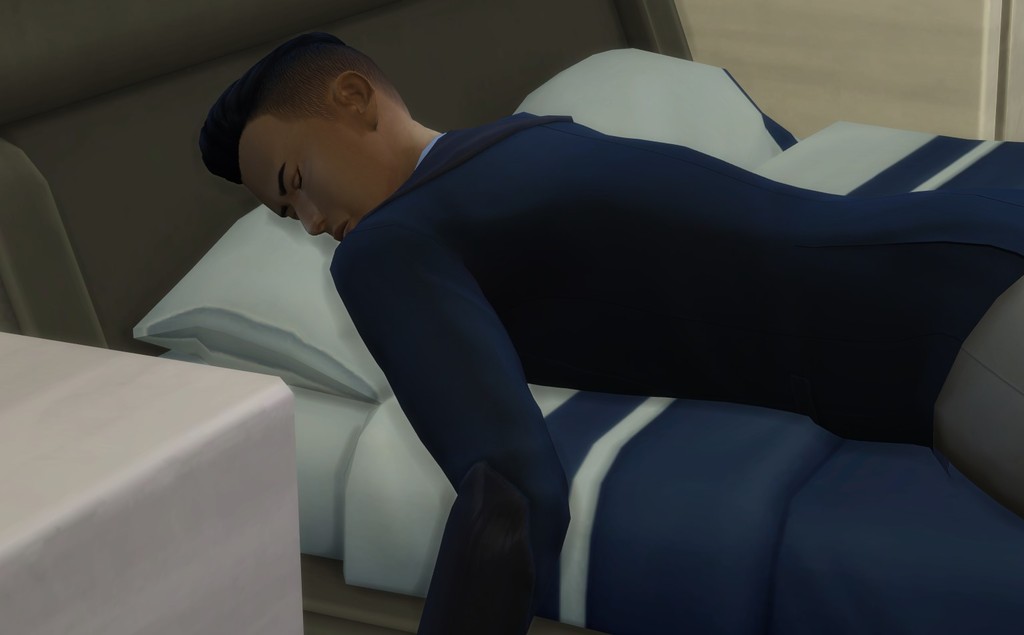 “Dude. Do you got the hots for my dad? You know that’s weird. Right? He’s like...ancient. Plus he’s taken. My other dad wouldn’t like it.” I was joking with him. Surely, Ro was out of his mind at the moment.
​ 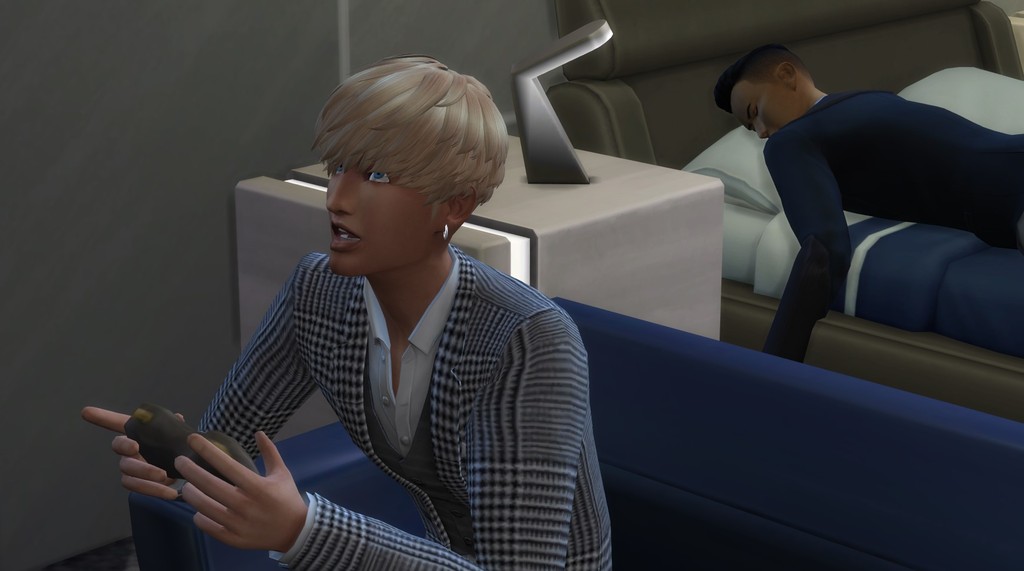 But he didn’t say anything more.

Shutting off my game, I went over to him. Could my best friend in the world be gay? Then things he said and did over the years seemed to click. Maybe that’s why he never went on dates. And he’d always been attracted to my dad. Even when he was a little kid. And he never talked about girls. Ever. Unless it involved me and what I liked.

I stroked his face, amazed at this revelation. “I’ll be here for you, bro. It sure as hell is not going to be easy. I know this more than anyone. But no matter what happens, you can count on me.” A twinge of pain rippled through me as I looked at my best friend. “Why didn’t you tell me? 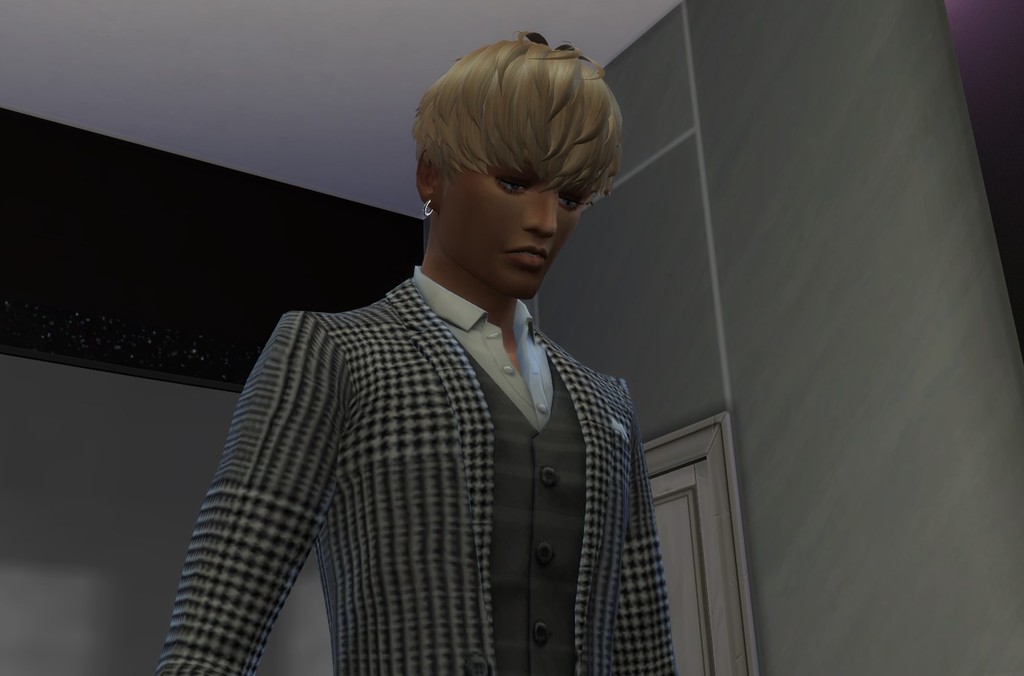