​I followed Daniel, Etoile, and the others who looked like rich businessmen to the top floor where they were holding what seemed like a party.
​
One man gripped Daniel's hand with a smirk clouding his face.
​ 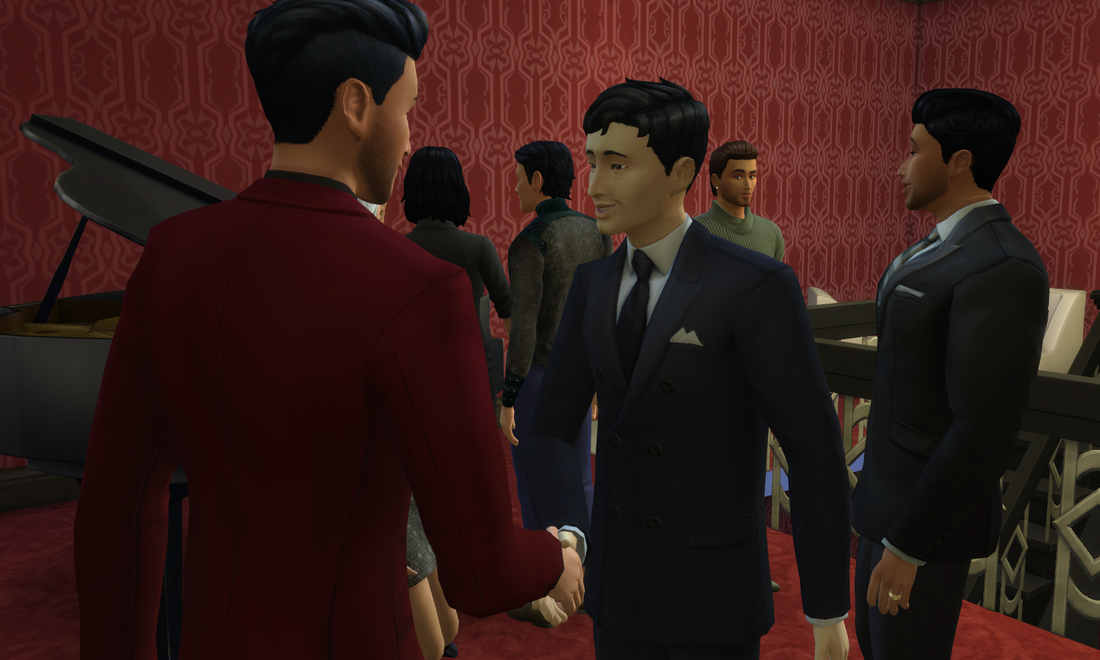 Etoile slid up to him and like the master seductress she was, went straight to work.
​ 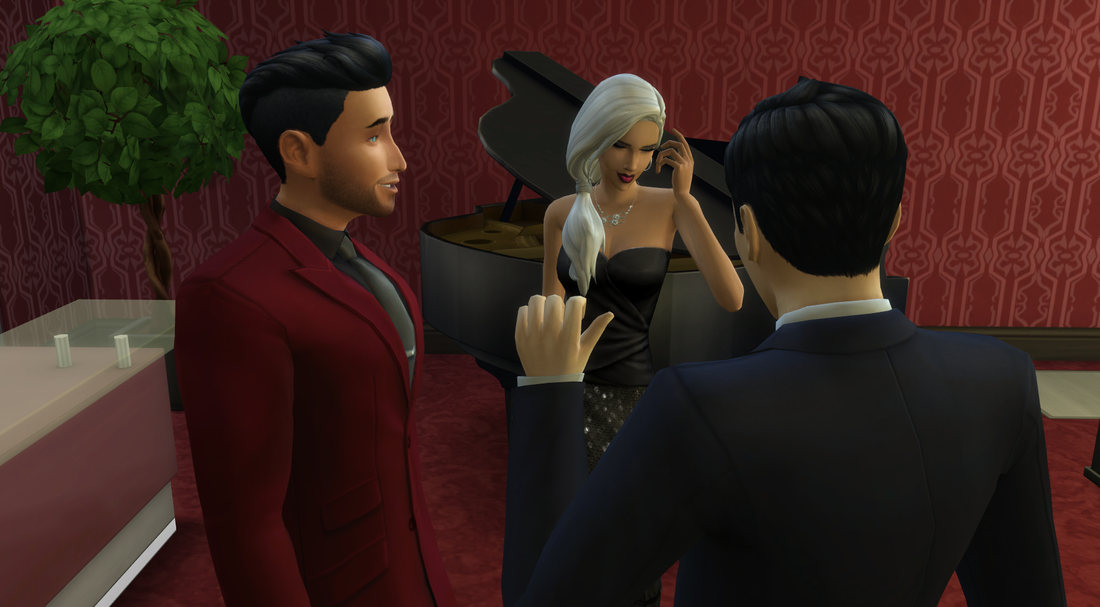 From what I was seeing around the area, Daniel Fortner was running some sort of escort service for businessmen. Although I'd hoped otherwise, if it was prostitution, I'd be able to go to Agent Dickens with the information. I'd finally have something to pin on the Fortners. 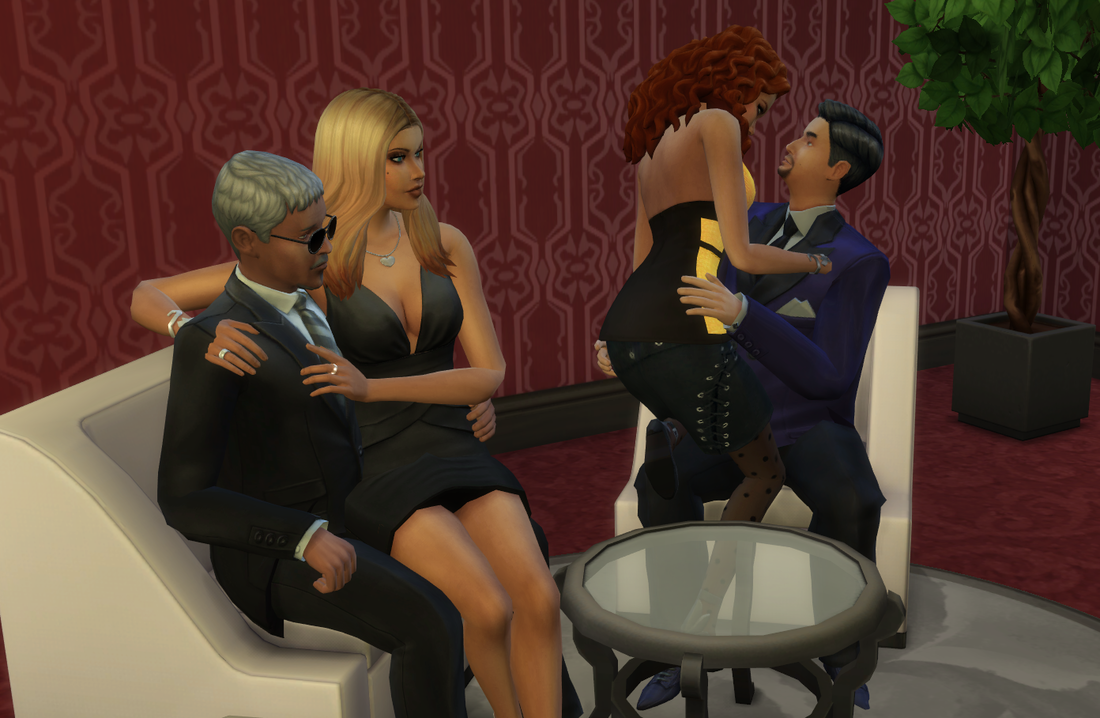 Watching the whole disgusting scene pissed me off even more than I thought possible. Daniel Fortner wasn't going to get away with this.
​ 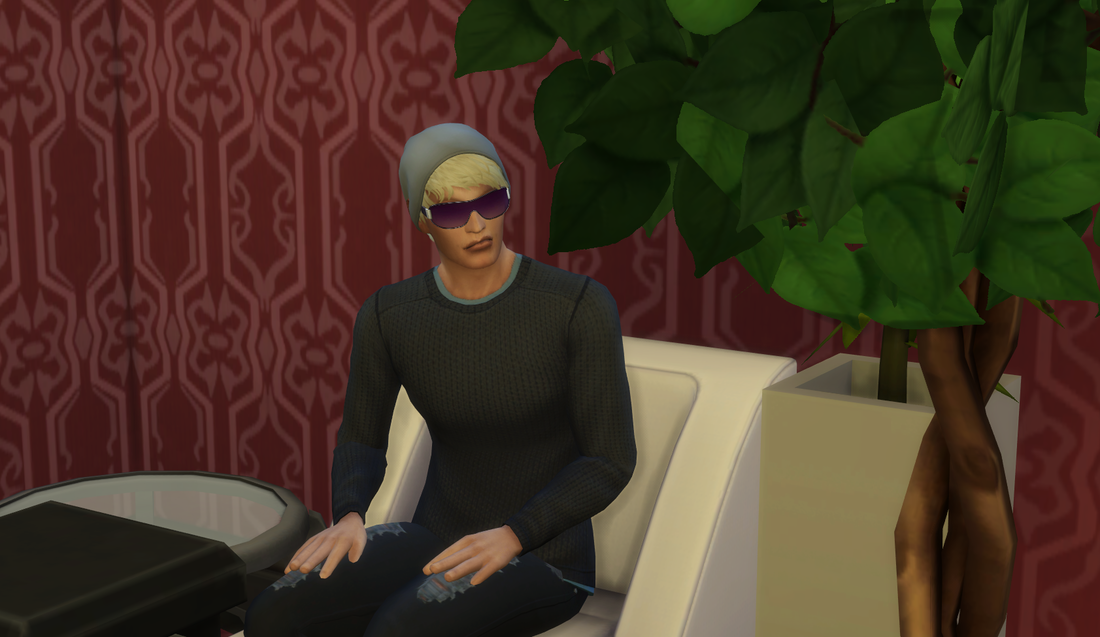 While these girls were being exploited, the bastard just stood there drinking his whisky like he was attending some charity event.
​ 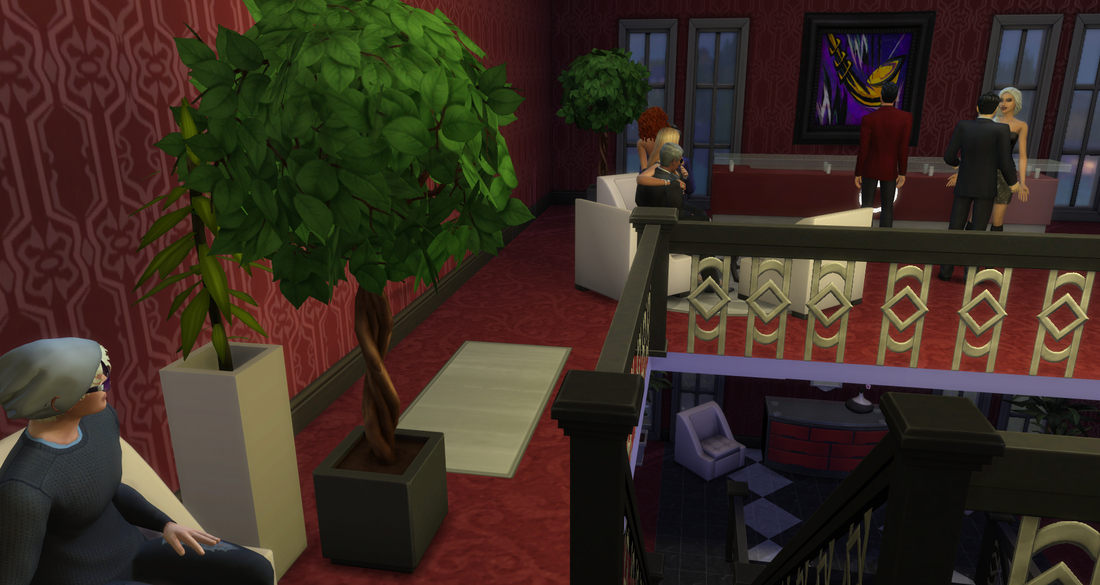 Etoile fluttered her eyes at the idiot guy she was with. I couldn't watch any longer.
​ 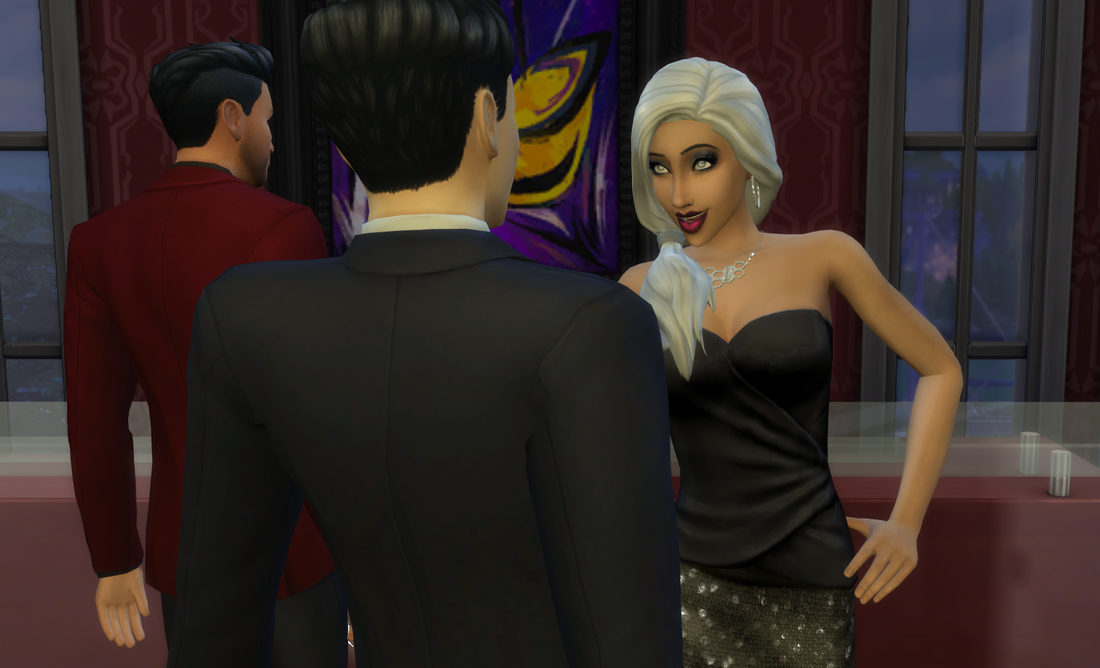 I decided to wait for her downstairs, out of sight, hoping she wasn't taking the guy to one of the rooms.

At almost midnight, she finally clicked her heels downstairs and was about to walk out the doors. I draped my hands on her hips and said, "You're coming with me."
​ 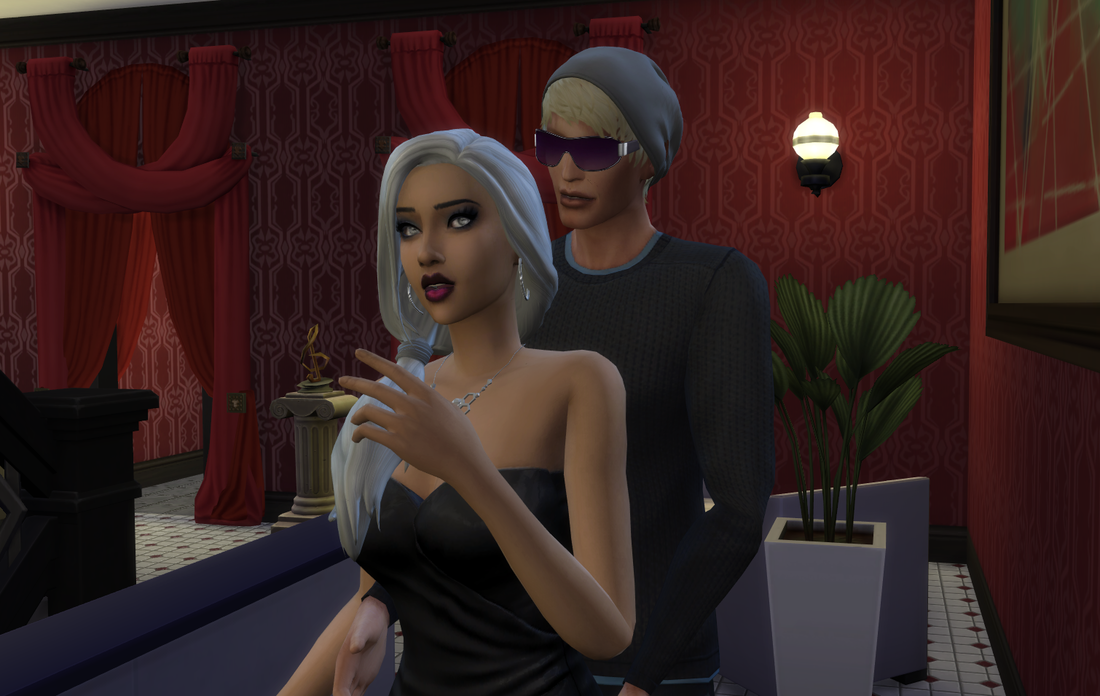 "August? What are you doing here? And what the hell is up with those sunglasses? You look ridiculous!" 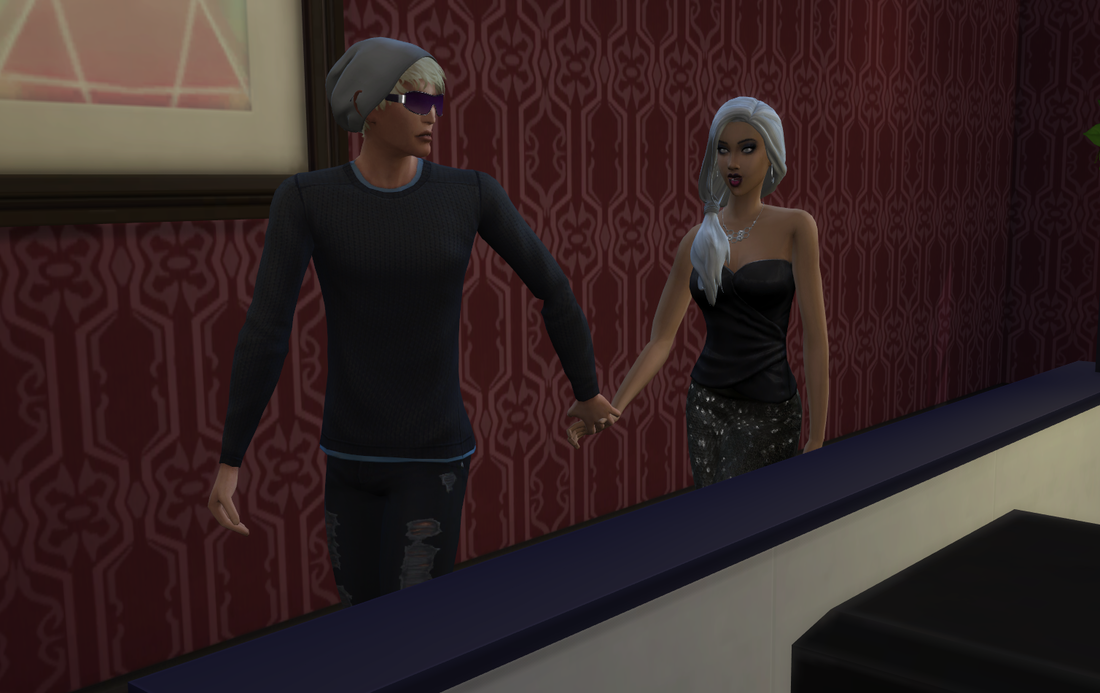 Yelling at me the whole way, I opened the door and forced her inside my car. She asked, "What the hell, August? I already have a ride."

Glaring out the window, I said, "You think I care about your ride?" Turning on the motor, I jerked it in gear and peeled out.
​ 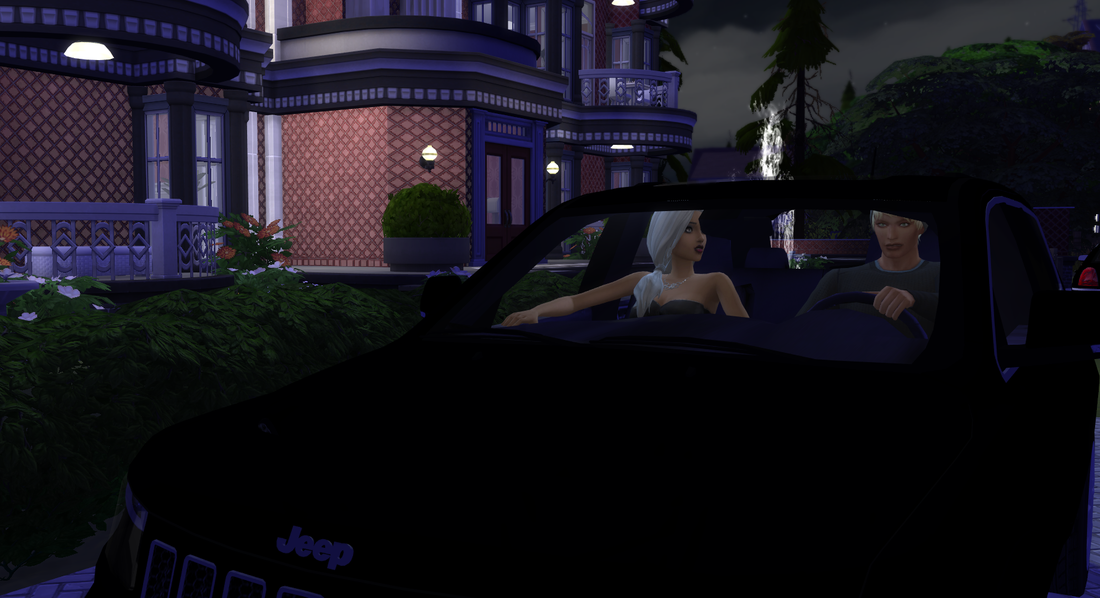 "August, watch out! You almost ran a red light!"

She was right, but I didn't care. All I wanted to do was get the hell out of there. "What were you doing in that hotel, Etoile?"

She glanced at me with a scared look on her face. "You saw me?"
​ 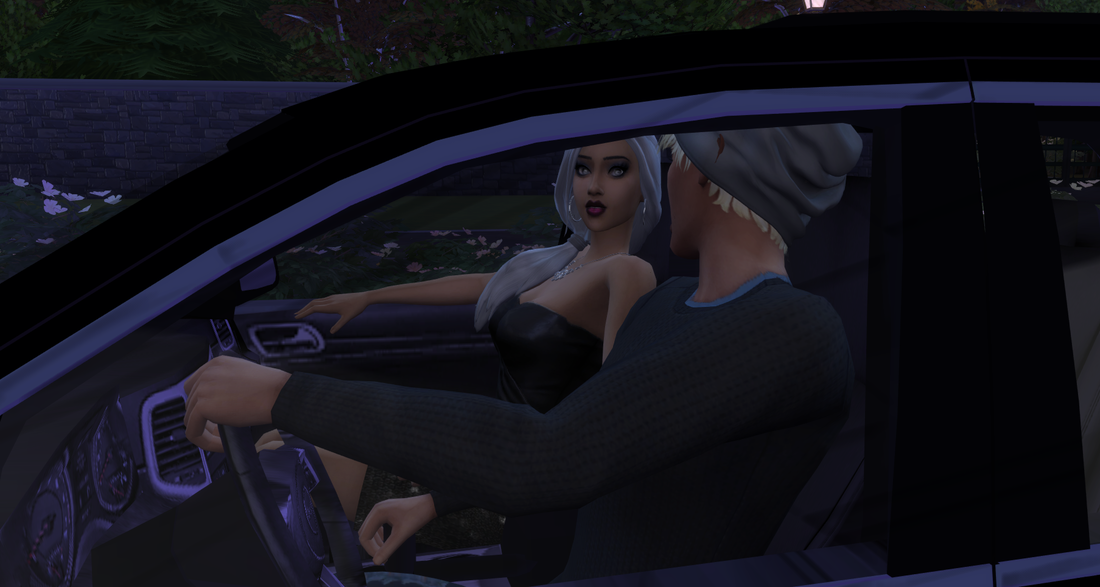 "Yeah, I saw. Looked like you had your hands full with some pervert. Are you doing what I think you're doing?" 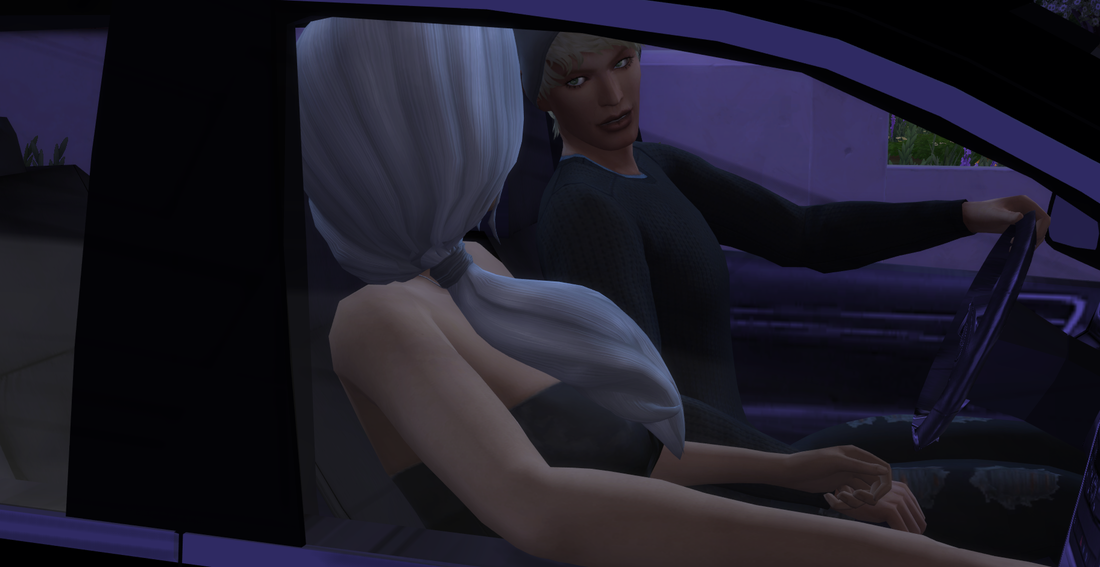 In a flash, she grabbed the steering wheel and said, "Pull over."

"What the fuck, Etoile? You're going to get us killed." I slammed on the brakes.

Running out to the water's edge, I chased her downhill as tiny crabs skuttled away from our shoes. The cool salty sea air lilted over my body while my feet sank into the sand with each step. Blinking in the mist, I watched the lighthouse's beam warn boats in the darkness. Ominous feelings of dread rippled through me.
​ 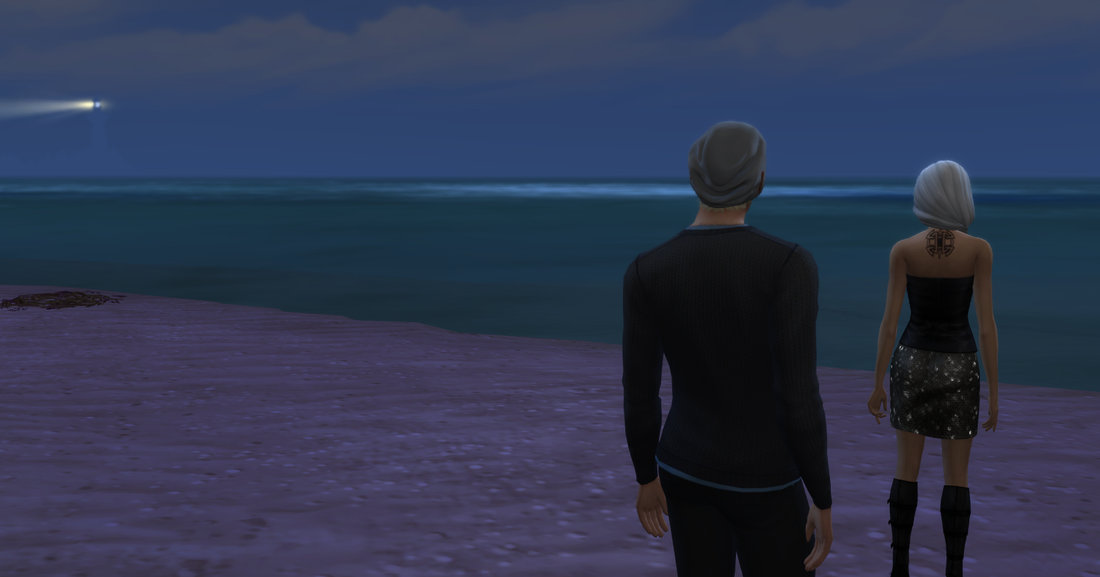 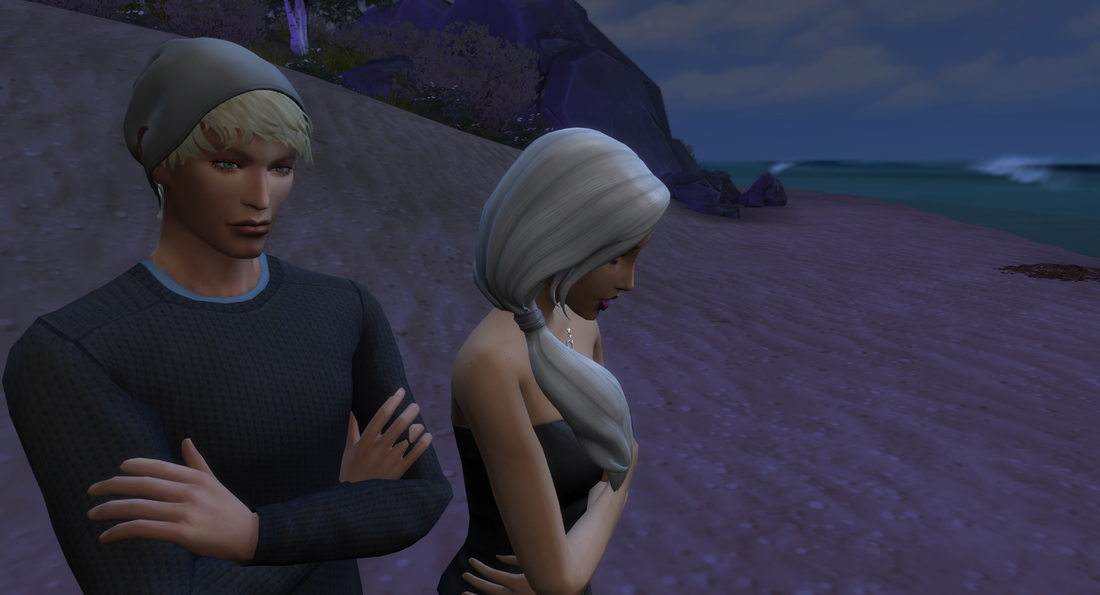 Rubbing the back of my neck, I said, "I saw you. With that old dude. I mean, I know when you're trying to turn a guy on."

She let out her breath and folded into herself. "It's not real. Just a little entertainment for them is all, August. I don't know why you'd think I'd do something like that." She hung her head. "I'm not that desperate." 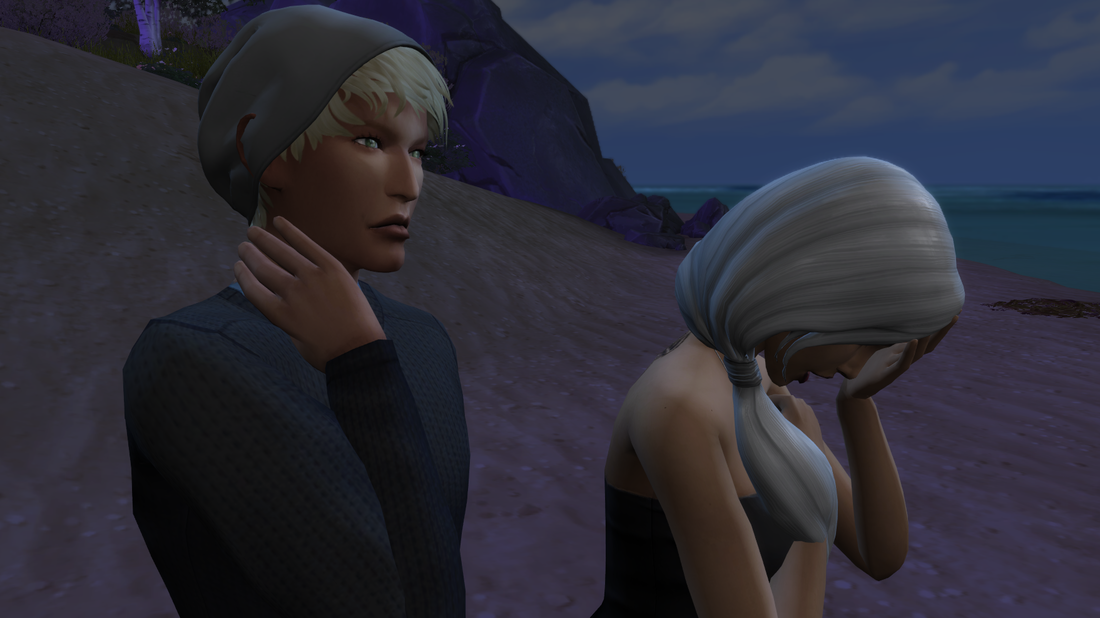 Looking at her silver hair glisten in the moonlight made me wistful to the time we were together. Threading my fingers through hers, I said, "I was shocked, is all. It looked bad."

We walked along the beach not saying anything.
​ 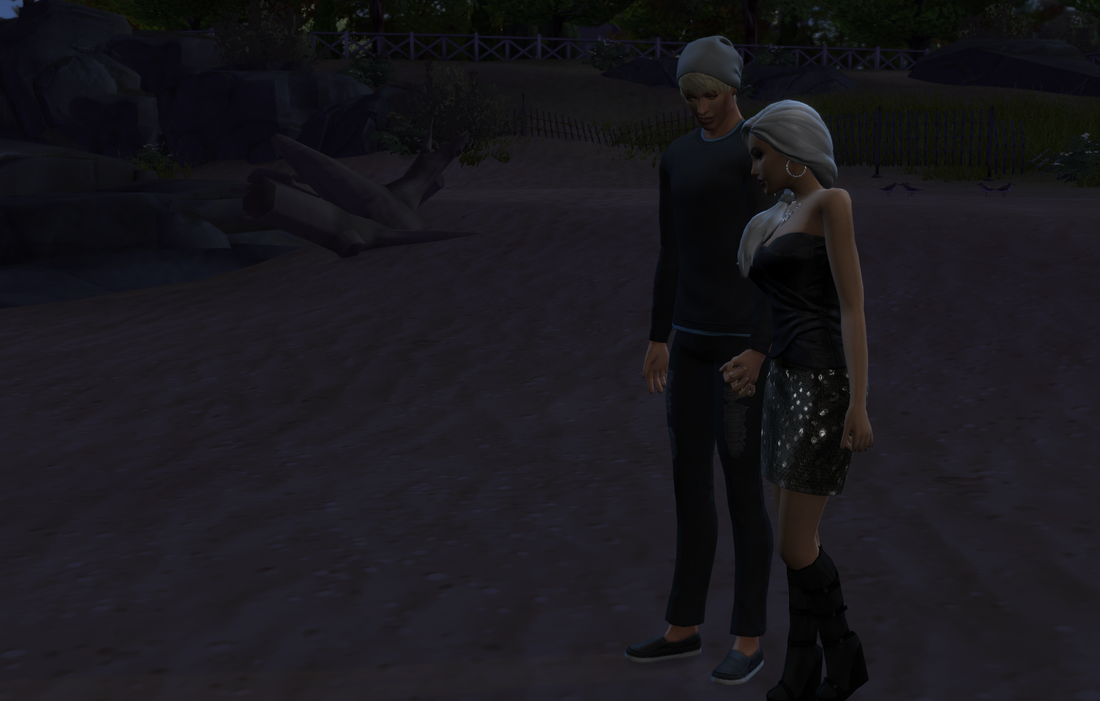 She squeezed my hand. "I've really missed you, you know."

"What about your boyfriend?"

She laughed. "He's still my boyfriend, but that doesn't mean I don't miss you."
​ 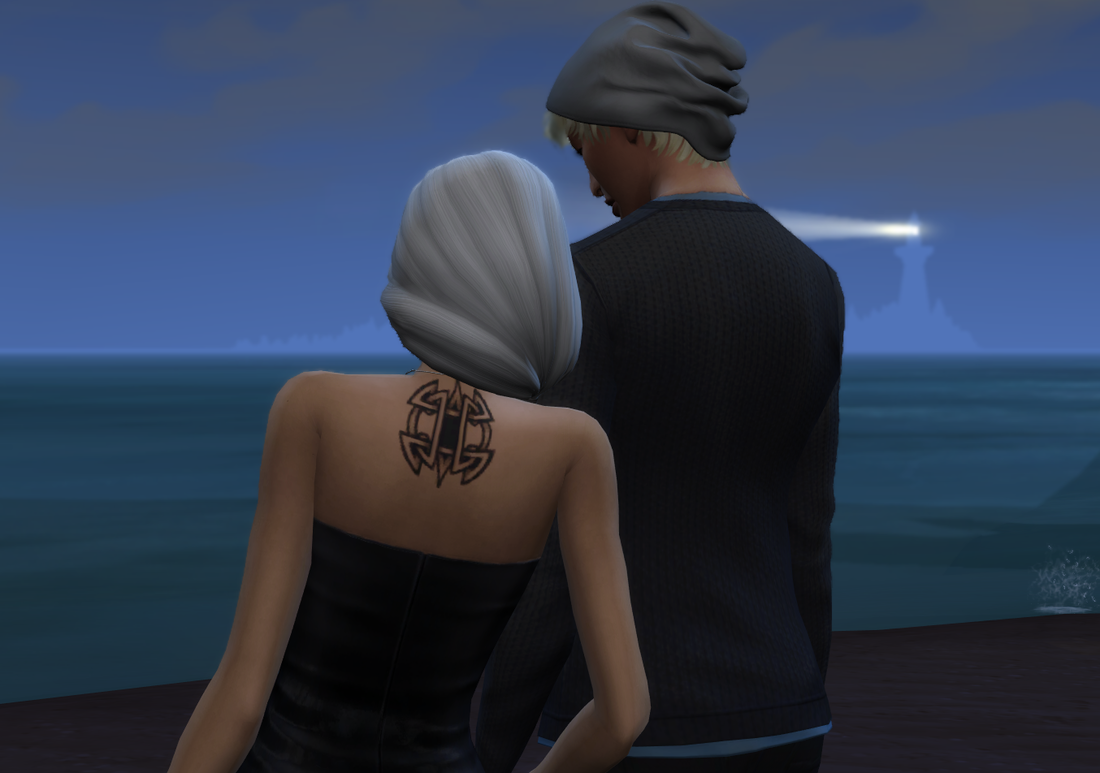 I gave her a half smile. Etoile hadn't changed a bit. But then that smile faded quickly. So many questions ripped through my mind. "Etoile, what were you doing at that hotel then? You said to entertain. Like an escort?"
​ 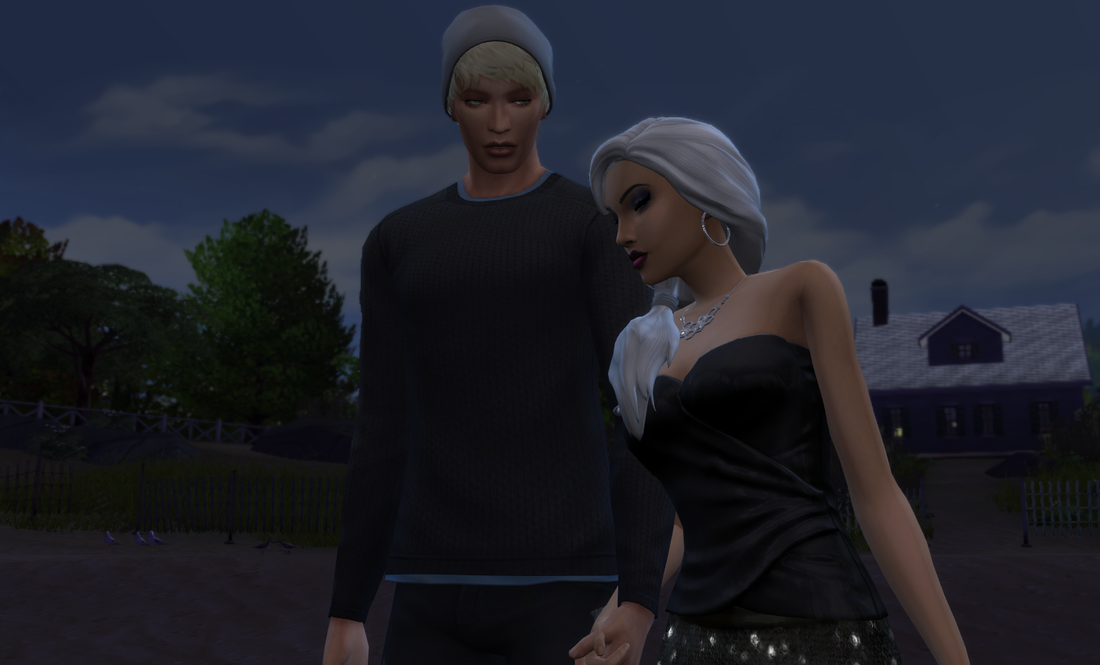 She nodded, leaning on me. "I...I only work for them whenever they're entertaining big wig clients. When my mother died last year, Sasha Fortner offered to help me, otherwise, I would have been forced into foster care. So, when Daniel came to me with this job a few months ago, I just felt I should do it, you know?" 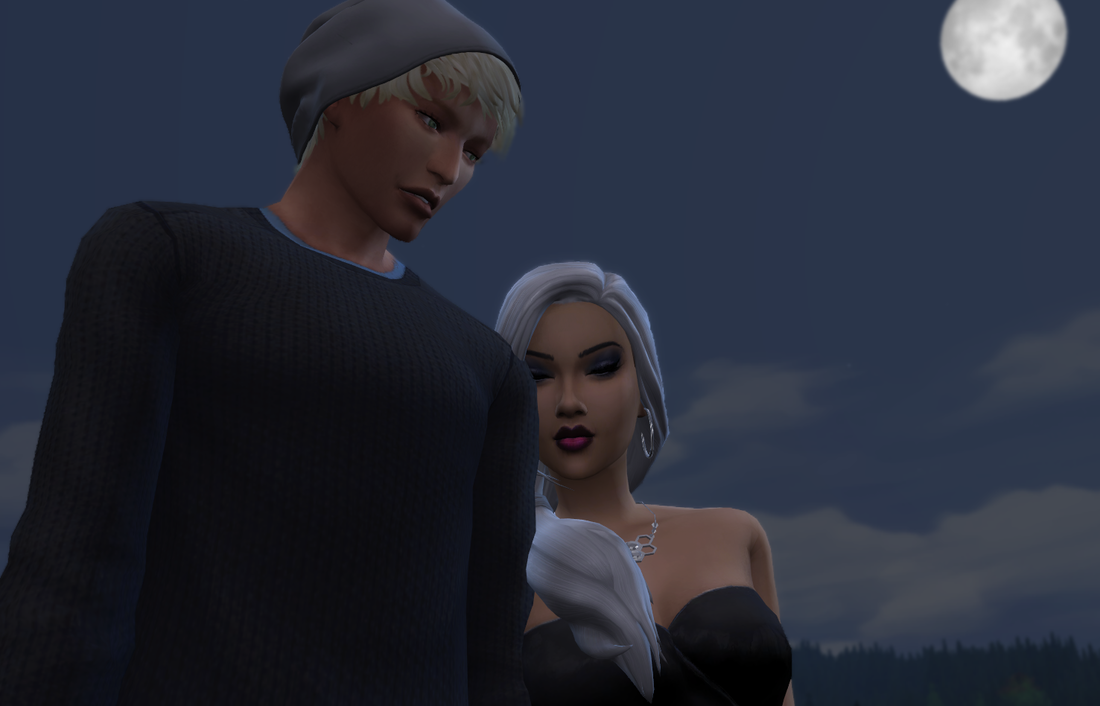 She continued, "Once I make enough money, I'm going to leave this town and the Fortners for good."

I heard an undertone of anger in her words. Was she telling me the truth? I had no clue.
​ 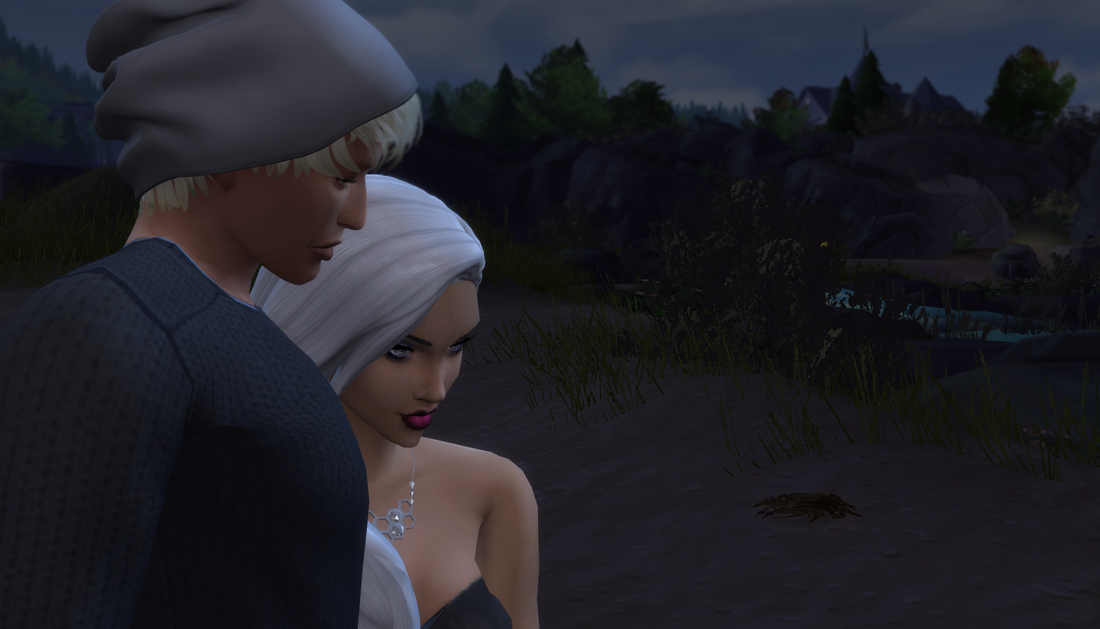 Pulling her closer to me, I said, "You know it's illegal to make a minor be an escort."

"I'm eighteen. I didn't start work there until I was of legal age."

There went an angle to pin underaged, illegal activities on the Fortners. Like Agent Dickens said, the Fortners were slippery. "Do you really want to do this, Etoile? You shouldn't feel obligated. If you ask me, I think you should stay away from that family."
​ 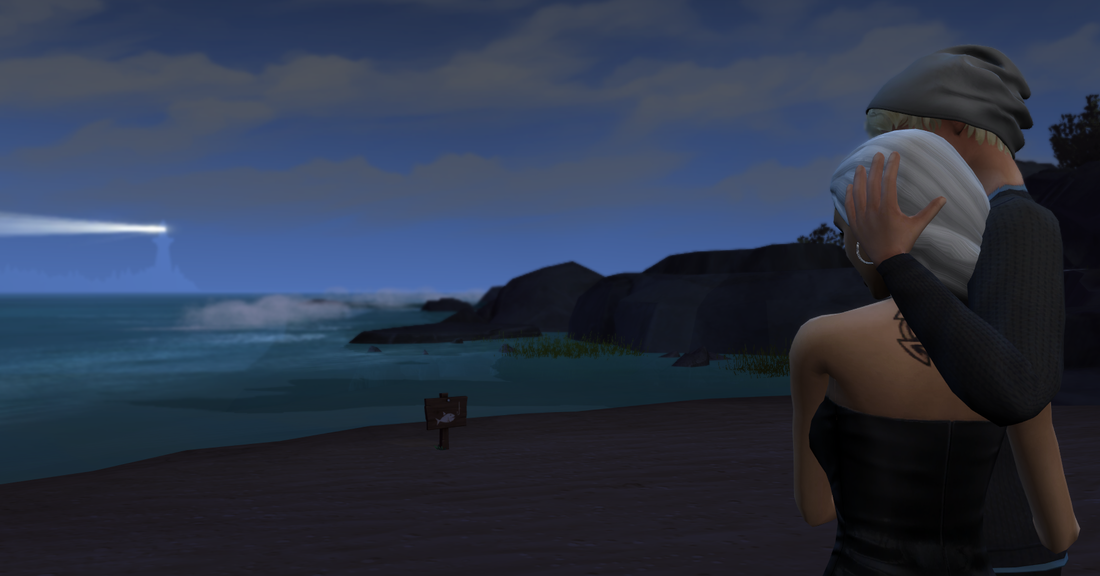 She didn't answer me for a while then she said, "I've got it all handled, August. In a little while, I'll be free from them. Don't worry."
​ 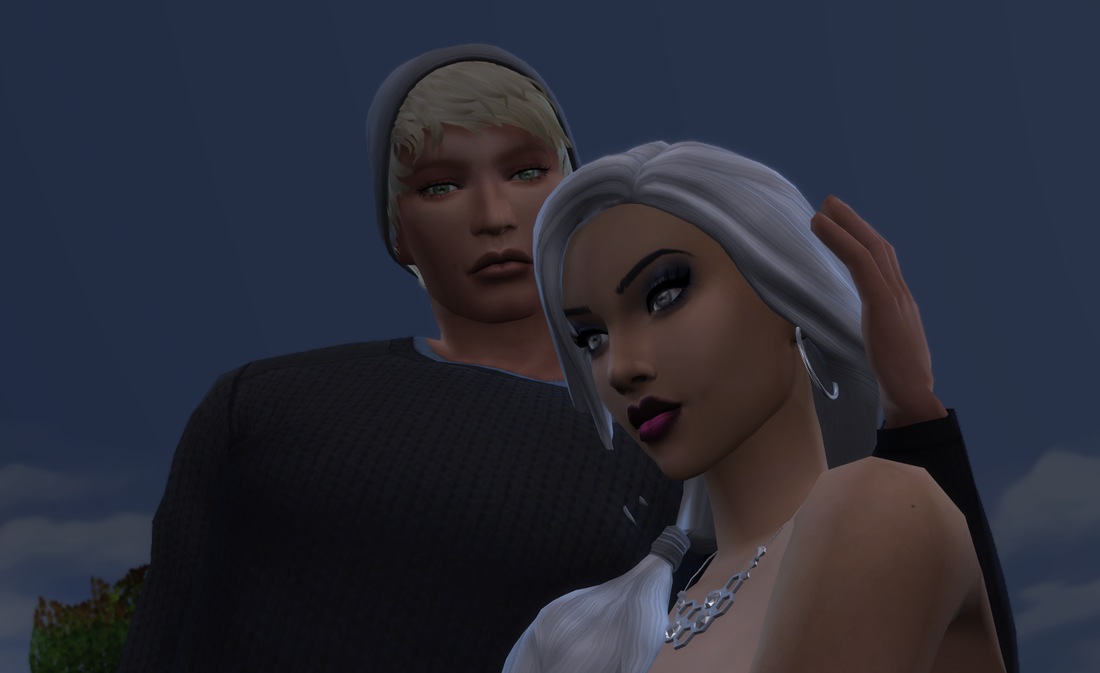 We watched the waves slip in and out of the harbor. I wasn't sure what to make of Etoile's entanglement with the Fortners. Was she lying to protect them and herself? After all, if she was doing prostitution, she could go to jail.

But I had no hard evidence against them. I could only hope Etoile was telling me the truth.
​ 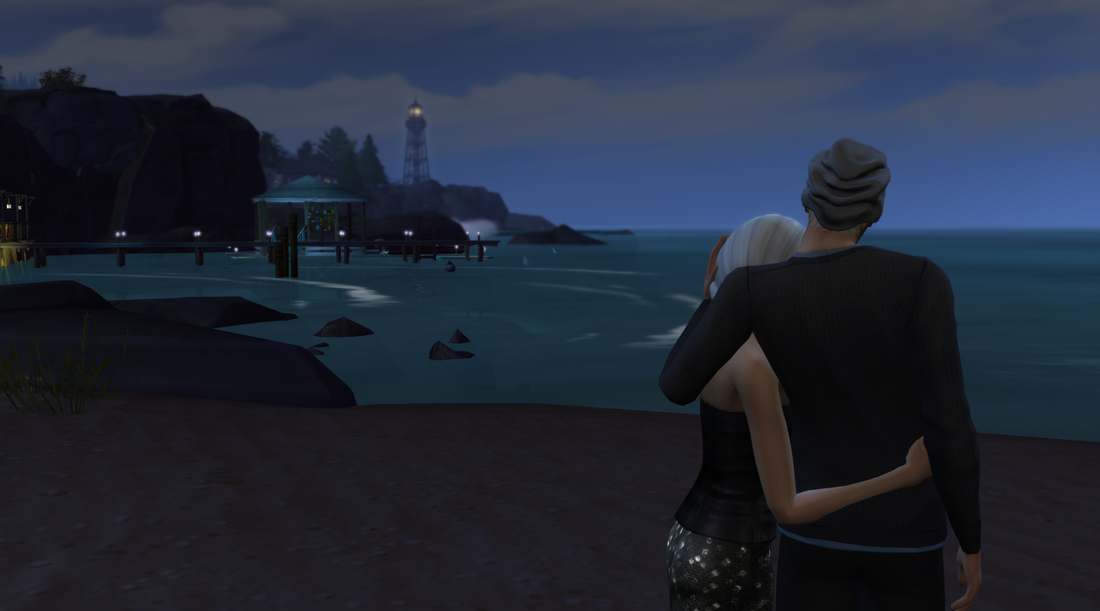 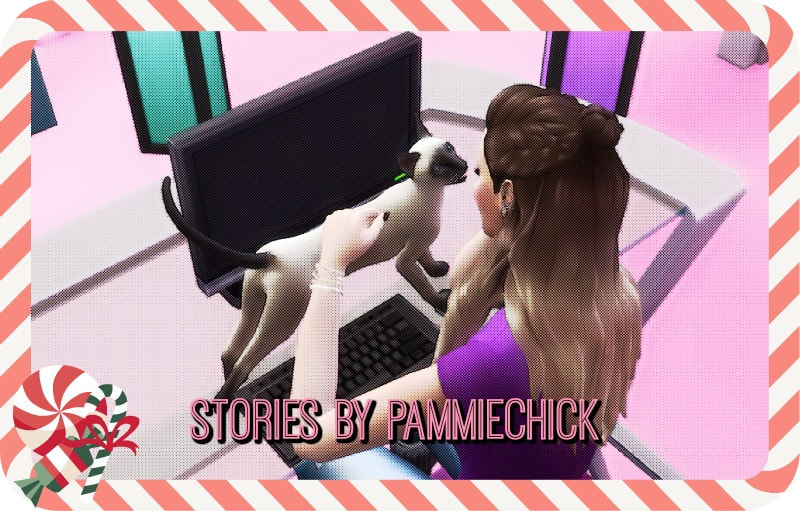 Christmas is upon me, so I won't be able to update as often until the New Year. During Christmas week, I'll be in Hawaii, so I'm going to post some short, fun things for you! I hope you'll like it!

Next chapter will be posted Thursday, 12/21
​
Follow Day & Knight through Tumblr, Discord, or Simmers After Dark