​When we arrived at Pirate's Cove, I asked Siobhan if she could watch over her brother. I needed to talk to Luci unhindered. She gladly said she would. She was so good with Eli. A part of me thought it was an excuse not to hang out much with Crystal, but she was too sweet to say that. 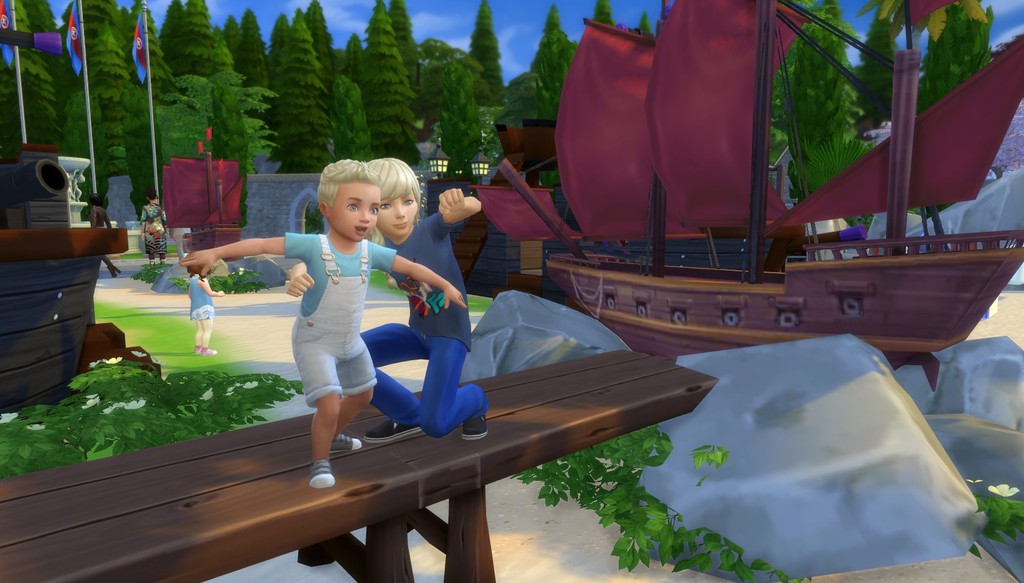 Luci and I chatted about the normal things we usually did--her job, the activities she put her kids in, how they were doing in school. When the conversation died down, I decided to dive in feet first. "So, Luci...how are you doing? You know...with your pregnancy and all? Is everything going okay?" 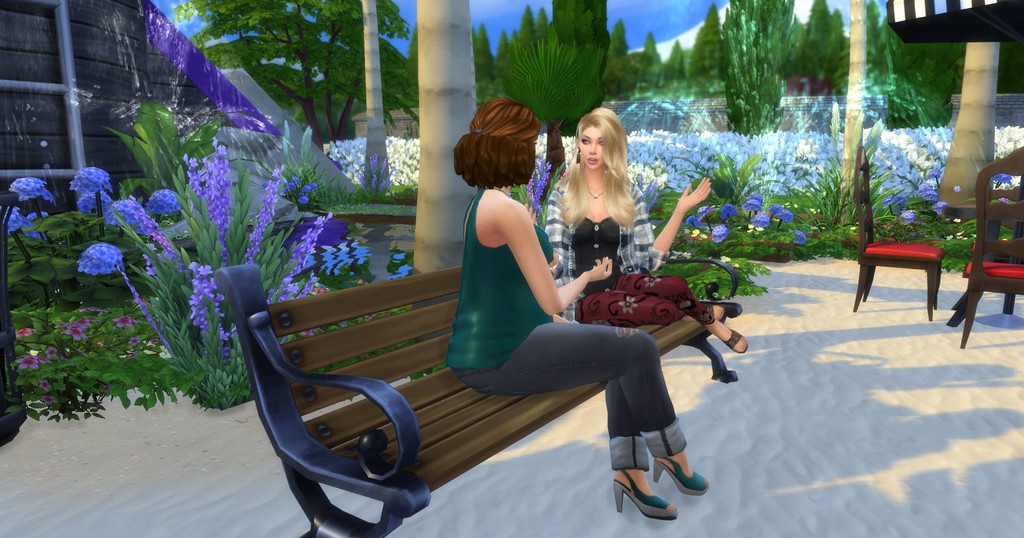 Worry clouded her features. "Um...well, you know how it is...I'm tired all the time, and I've gained so much weight with this one. I tell you, once you hit 30, the fat just billows. You're lucky you still have your twenty something body, Winter. Seriously."

"I think you look great! You just have the baby weight."

"That's not what Pax says. He's been making comments."

Really? I thought. I hated it when men put pressure on women about their weight. "What did he say?"

"Oh, just for me not to worry about it. He doesn't mind bigger women. Stuff like that."

That didn't sound like anything rude to me. "Did he say this out of the blue?"

She shook her head. "No...he was just trying to make me feel better, but I can read between the lines." 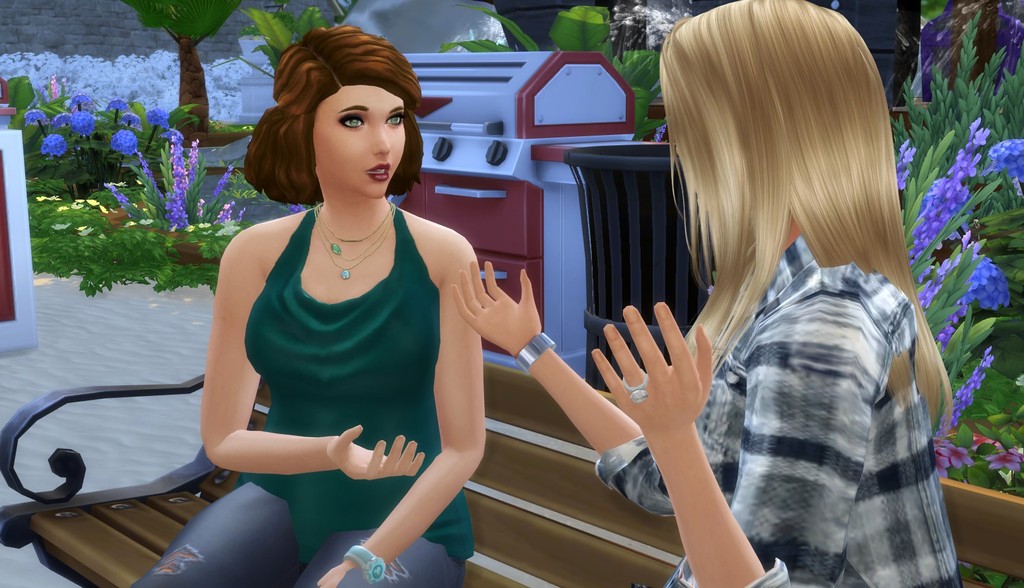 "Oh..." I decided to press for more information. "So...it sounds like you're stressed about Pax."

She sighed. "That's an understatement. If someone had told me marriage would be this hard, I would have never done it." Lifting one shoulder, she added, "But I am glad I have my kids. They keep me sane."

"Really? I don't think marriage is that hard."

"That's because Jackson is gone all the time. I tell you, I'd love it if Paxton would leave for two months at a time. He'd appreciate me more. Do you realize he doesn't have the decency to help me out around the house? And I work full time just like he does. But whenever he gets home, he just wants to run off to his study."

This sounded like a different story from what Paxton had relayed to me. "So, Pax doesn't help with the kids?"

"Oh, he'll do that. He's actually great with the children. No...for example, when I told him the trash needed taking out, he cussed at me that he would do it in his own time. He told me to fucking leave him alone. That I'm always nagging him. I swear, sometimes I wonder if I love him anymore." 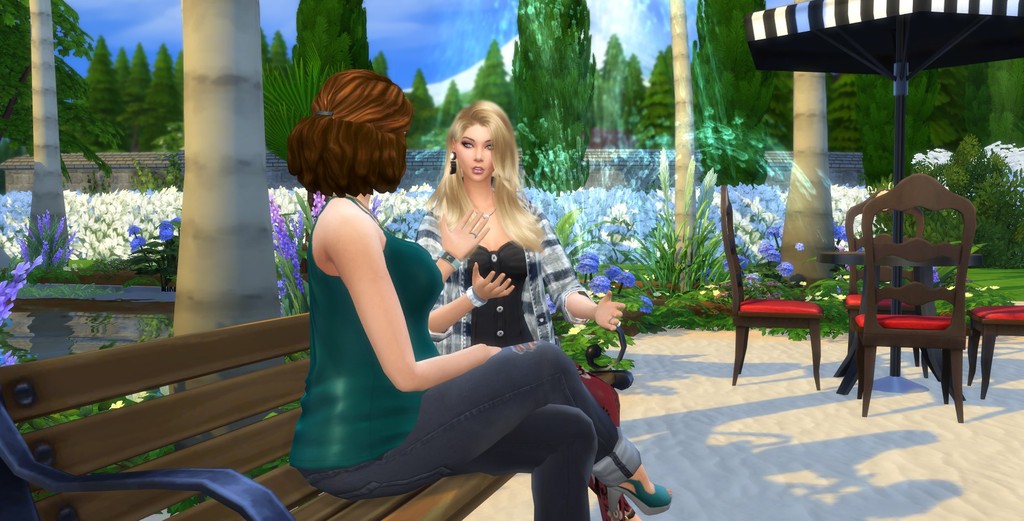 "Because he was a different person back then. He was so sweet. He told me how gorgeous I was and smart and we loved the same books and could talk for hours about politics. He'd even go with me on some protests and helped me in the last governor's campaign. But ever since we had Crystal, things have changed. I can't remember the last time he told me I was pretty. All he does is complain, make messes, and expects me to clean up after him. Do you realize he doesn't even pick up his socks off the bedroom floor? It's ridiculous. I'm tired of it."

Thinking about what Pax had said, I decided to ask, "So, do you think you need counseling?"

"Are you kidding? Who's side do you think a shrink would be on? Pax can be very charming. If he really wanted to change our marriage, then he would try a little harder. Do you know what he got me for Christmas?"

I shook my head, not believing all of this.

I almost gasped. "What did he have to say for himself?"
​ 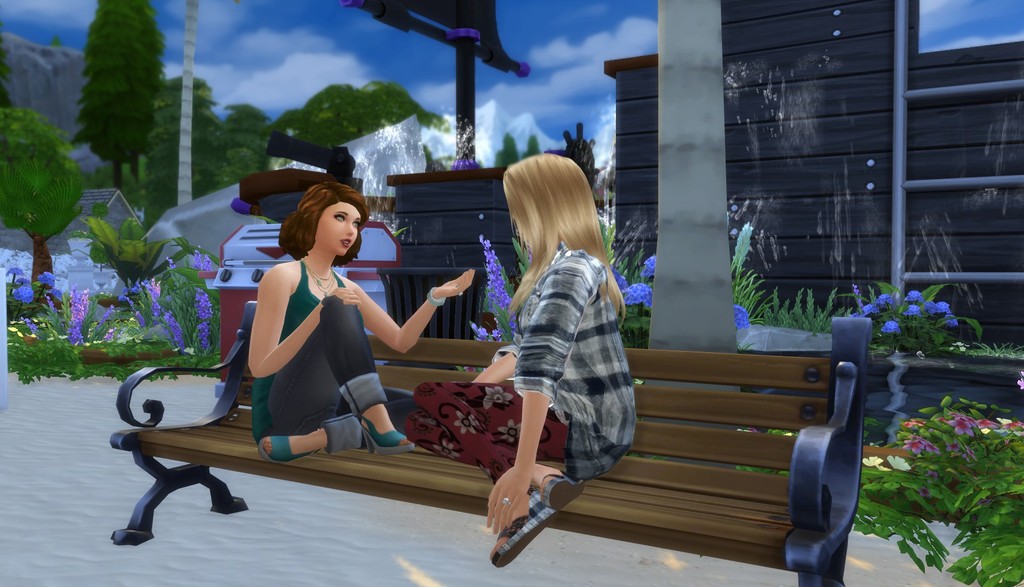 At this she broke down. "Oh, I don't know...it's just...I hate it. And do you know how I got pregnant? It's disgusting to me to have sex with him, so I have to get stone drunk in order to get through it. I was so wasted, that we didn't use anything. I swear. My life sucks. I don't know how I'm going to be able to live like this much longer. But I don't want to put my kids through a divorce." She wiped her eyes then covered her face. 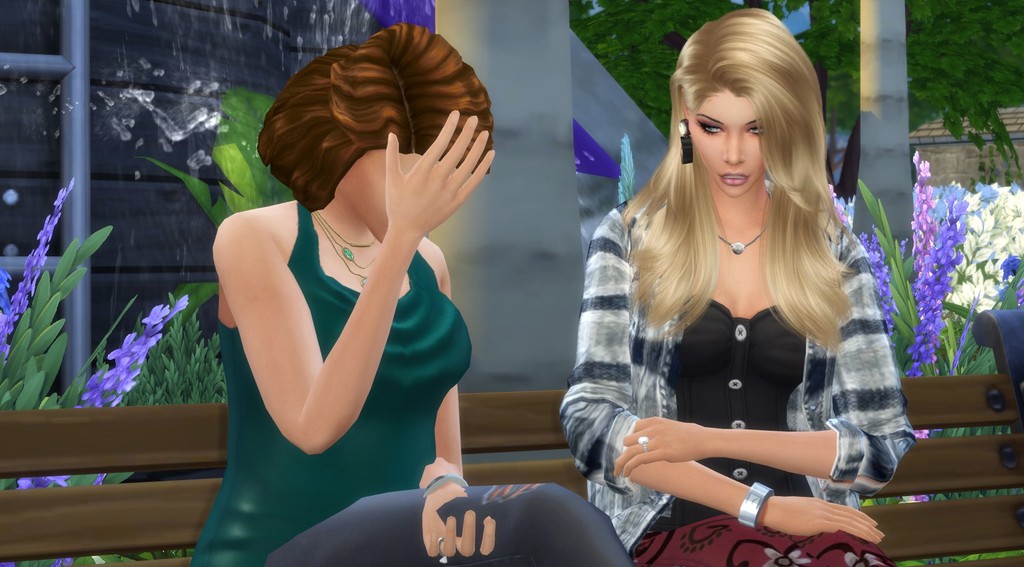 ​I felt so bad. I didn't know what to say. It was way worse than I'd thought. They really needed counseling. Her complaints were that he didn't pay enough attention to her and his were that she didn't want to be with him. It was like a vicious cycle. If they had a romantic getaway, maybe they could find that spark once again for each other.

Maybe if I talked to Pax about paying more attention to her, that could help. I had no clue.

"God, I'm sorry, Luci. There's got to be something you can do. What would it take for you to want to be with him again?"

"I can't...not now..." Wiping her eyes, she rose up and said, "I'm not feeling well, Winter. I need to get home and rest, I think." She picked up little Piper who'd toddled over to her.

​"Oh, okay...I'm sorry." And I was. I wished I'd never opened that can of worms. I'd never seen Luci so unhappy in all the time I'd known her. And Pax was miserable, too. 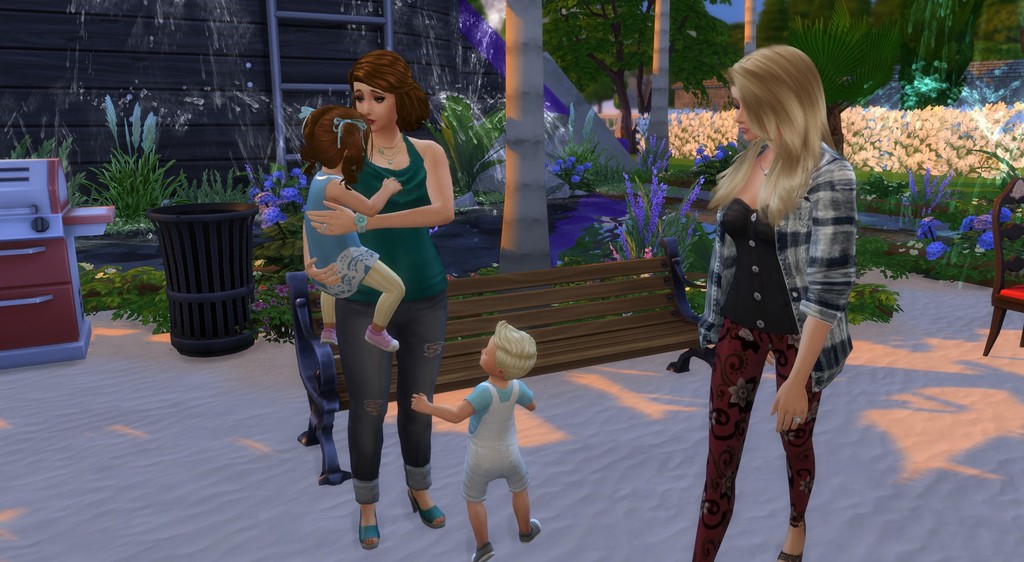 Over the next few weeks, I spent a lot of time with Paxton. He countered all the things Luci had said. She'd told him she didn't want anything for Christmas. They both said they'd get what they want anyway. If he'd known she would have been hurt by that, he would not have listened to her and bought her a room full of roses or a diamond necklace. And he emphatically said he never cussed her out for taking out the trash. He did say he didn't like her nagging. Whatever the truth was, her reasons sounded a little lame for all the hate she spewed his way. But bottom line was--he needed to change his ways.
​
I outlined all the things he could do to win his wife back. He seemed to be listening and even excited to try out a few ideas, like having a date night every week and telling her how beautiful she was daily. I knew my plan should work if only he'd start trying.
​ 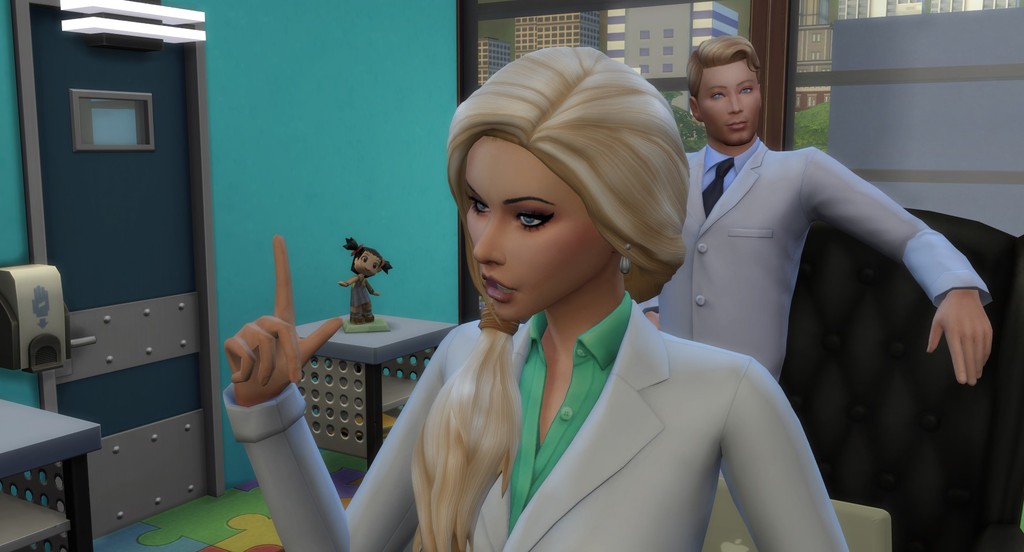 But then one night, as I'd started my yoga after the kids had gone to bed, I heard a pounding at the door.

"Luci and I had a huge fight. She kicked me out. Can I stay here just for tonight? I need someone to talk to. You've been so great about listening."

My heart seemed to stop beating. Mind whirling, I didn't know what to do. His eyes were all red and puffy. "U-Um...sure, Pax. You know you're always welcome. Come. I'll fix you a drink."
​ 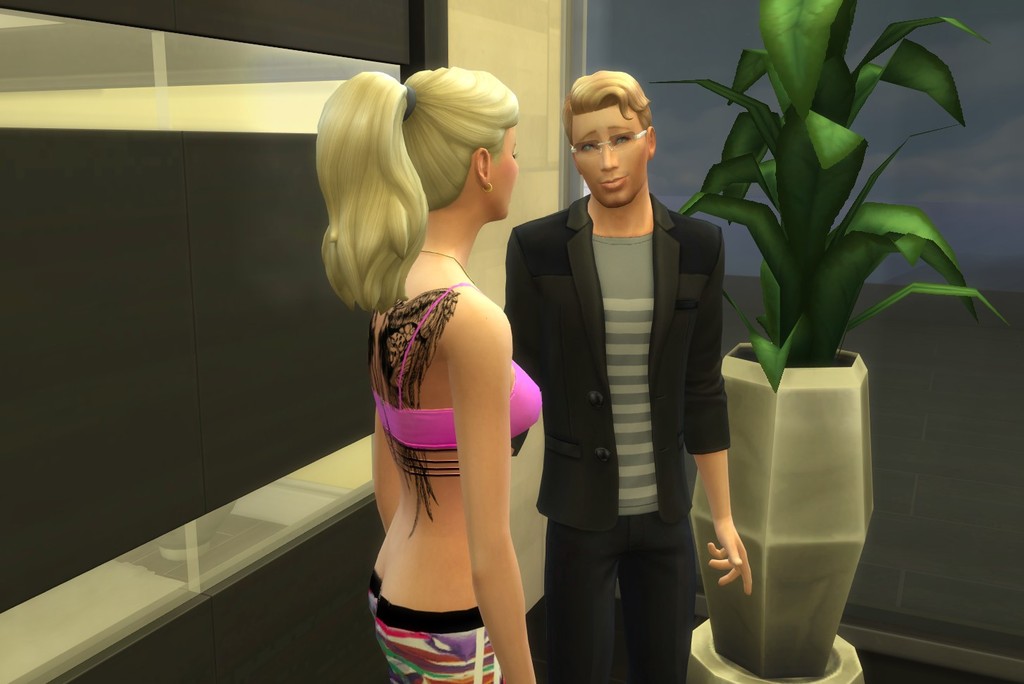