While Alex was on his job, I decided I’d work on a surprise for him. Earlier we’d planned out our new home down to the last detail.
​ 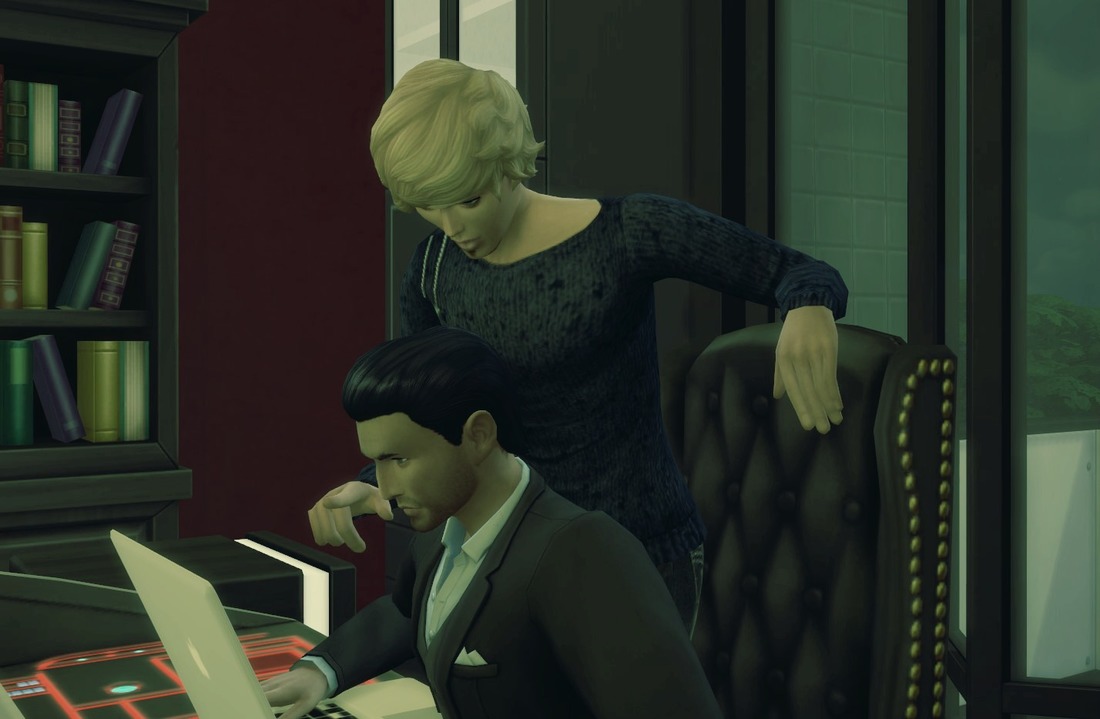 I’d already had the builders start on it, but I wanted a piece of art created just for us that would really mean something to him. Calling the artist who did the pieces for Chiandra, he gave me the name of another artist who specialized in male models and gay couples. I had a meeting with him today.

My secretary announced his arrival, and I welcomed him inside. “Thank you for meeting with me, Mr. Westmeyer.”

Smiling, he said, “My pleasure. It always gives me joy to work on something for a gay marriage.”
​ 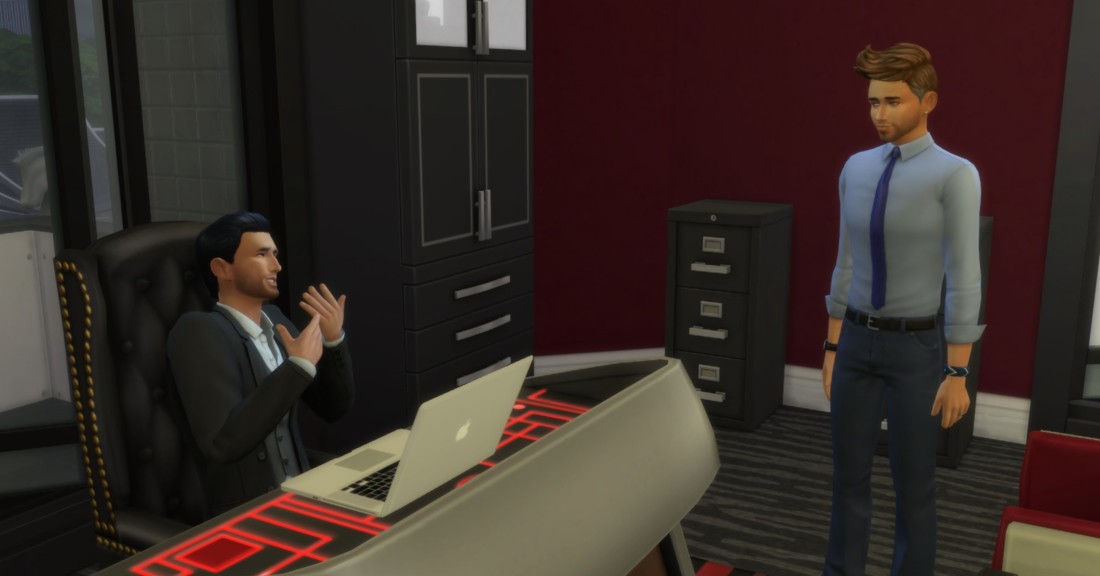 ​“Can I get you a drink?” I asked, getting out of my seat and going to the bar. It was 5 o’clock and I was ready to wind down.

Settling into the barstool, he asked, “So, in order for me to get to know your tastes, you say your fiancée, Alex Day, is a mixed martial arts pro? That is amazing!”

“Was...he’s quit now and will be joining me here at my corporation once we’re married.”

“Ah, yes. You have quite the empire. Do you need any photographers? I’d love to lend my services.”
​ 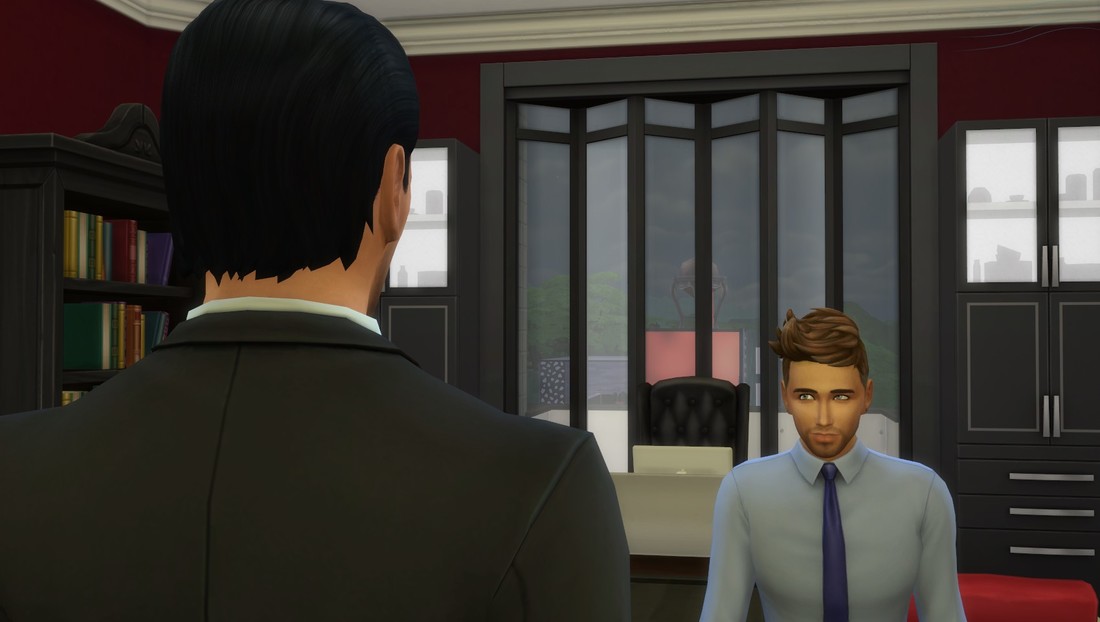 I laughed. “Well, maybe in advertising. But I doubt it pays as highly as what you do in freelance. I will give them your name if you’d like to do a bit of work.”

“Did you receive the pictures of my fiancée and I?” 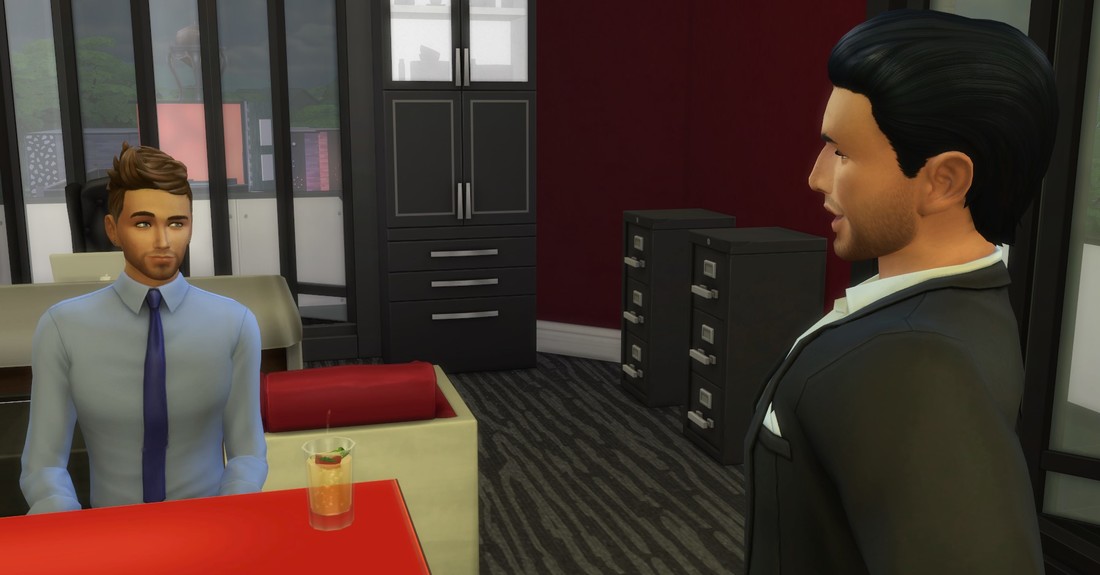 “Oh yes. Alex is gorgeous. He looks like a professional model. Both of you make a handsome couple. I just want to clarify what kind of setting you’d think you’d like.”

Plopping in some ice, I answered, “I want to have an African theme. Alex and I will be going on a safari for our honeymoon. We’d like to photograph wildlife and have never been to Africa. I was hoping the print would remind us of our trip.”
​ 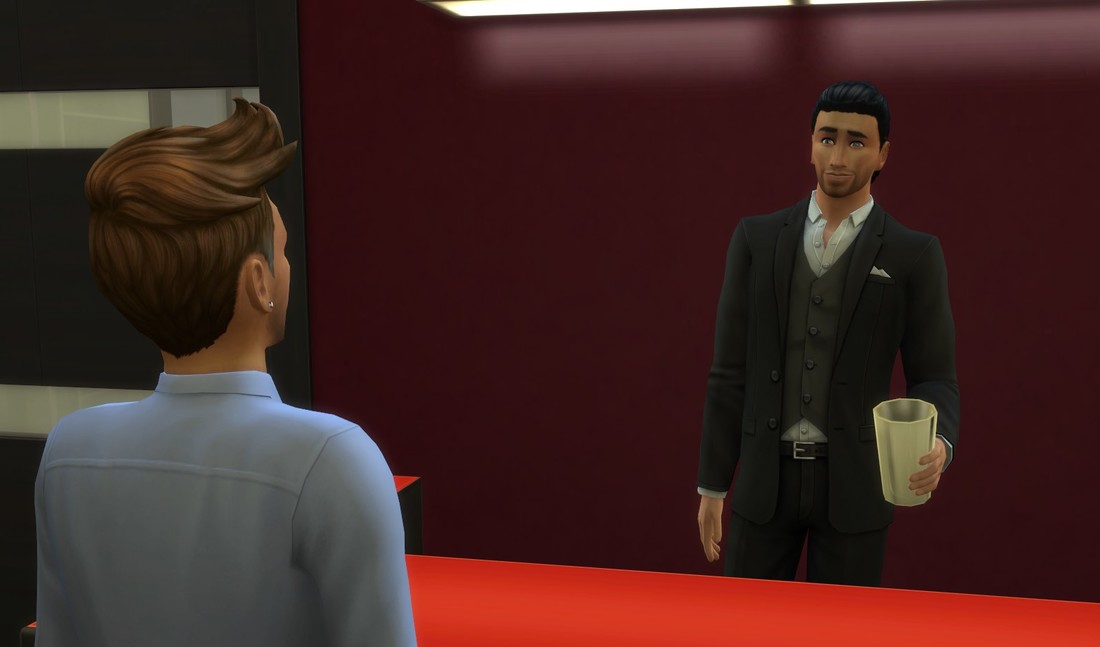 “Oh, I have many ideas for that. I will send over some backgrounds in a few days for you to choose from and then I’ll get to work on it.”

“Wonderful. I really want to thank you for opening your schedule to do this so quickly. It will mean a lot to us.”
​ 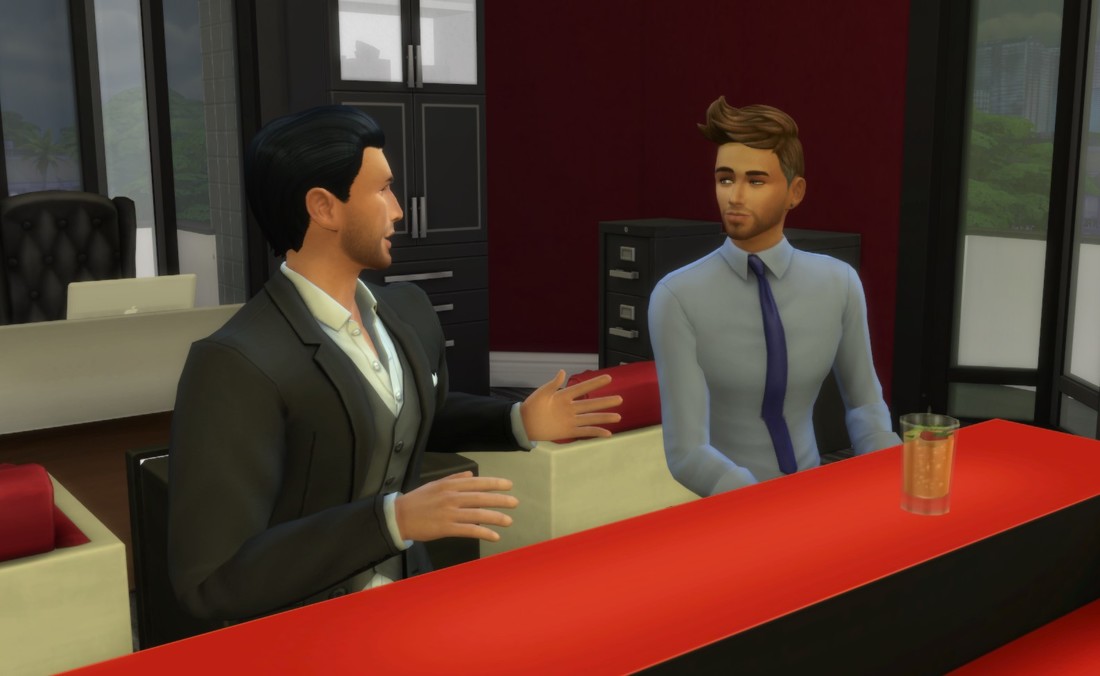 “No problem. I remember what it was like to have that special someone. I used to have a boyfriend.”

The way he said “used to” either insinuated that they broke up or he died. I didn’t want to pry. A stiff silence ensued.

Rising out of my seat, I offered my hand. “Well, I don’t want to keep you, Mr. Westmeyer. I can’t wait to see what you come up with.”

We’d waited outside of Luke Westmeyer’s studio all day but he didn’t come home until almost seven pm. I was antsy to get on with it. I hated the stake out part. Just waiting only made my nerves grow.

Finally, he left his place at 9 pm. We tailed him to a known gay hangout, Orion Nightclub. This was the perfect penetration point. But as we walked up to the club, something gnawed at me in the pit of my stomach. Probably the edge. I knew I might have to establish a romantic relationship with the man. Something I seriously didn’t want to do. But it was my job. Meaningless emotionally.

“Okay, Alex,” Khalid said, “You go in first. Brayden and I will tail behind. Establish contact, and we’ll signal you once we feel all is well. Don’t introduce us unless you have to.”
​ 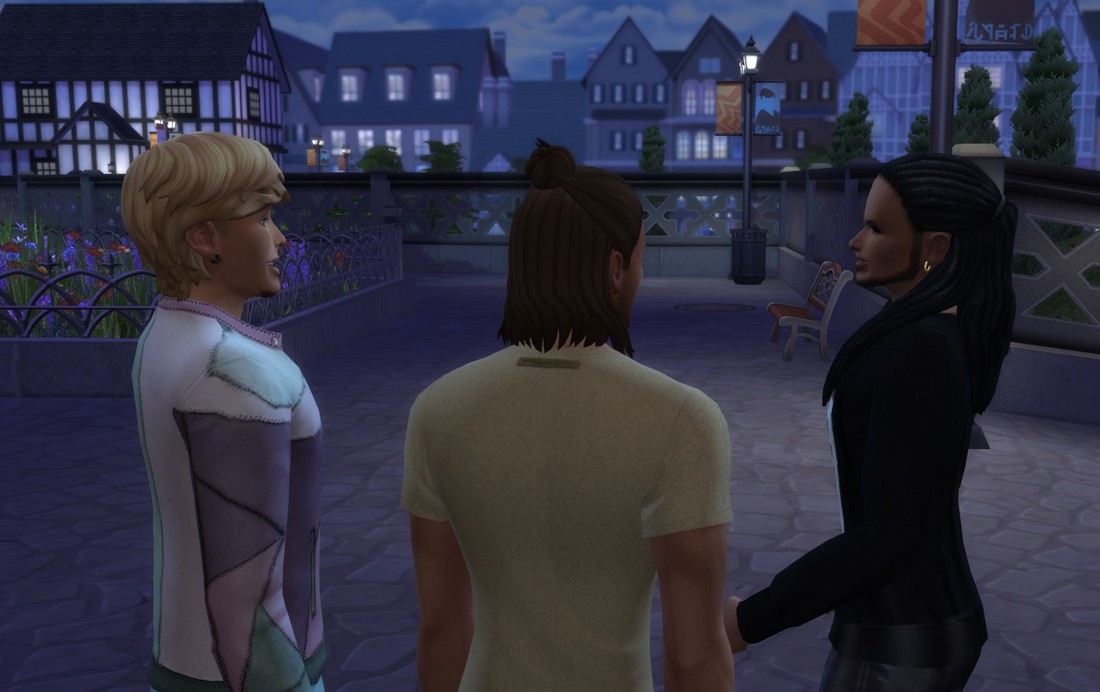 I had to stop myself from gritting my teeth. We’d already gone over our instructions at length in our planning meeting. I wasn’t stupid. “Right, boss. And will you relax? I know what I’m doing.” 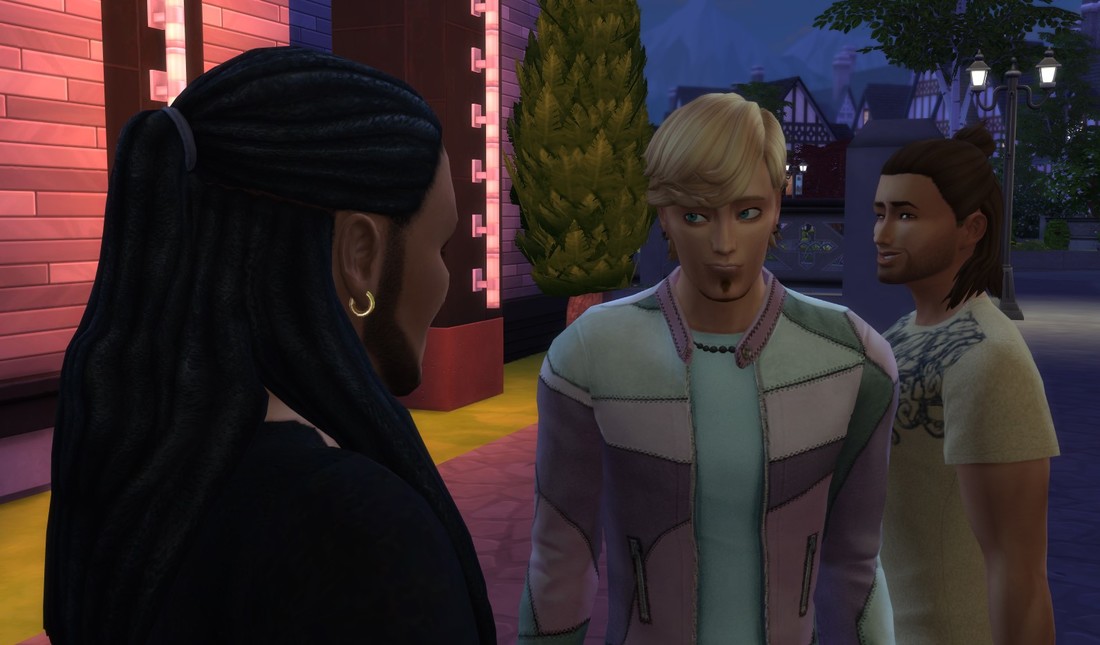 “That’s just it, Alex. You’re too relaxed about the job now. I don’t know what’s come over you, but if you aren’t careful, something bad could go down. Get scared. It’s our lives in your hands.”
​ 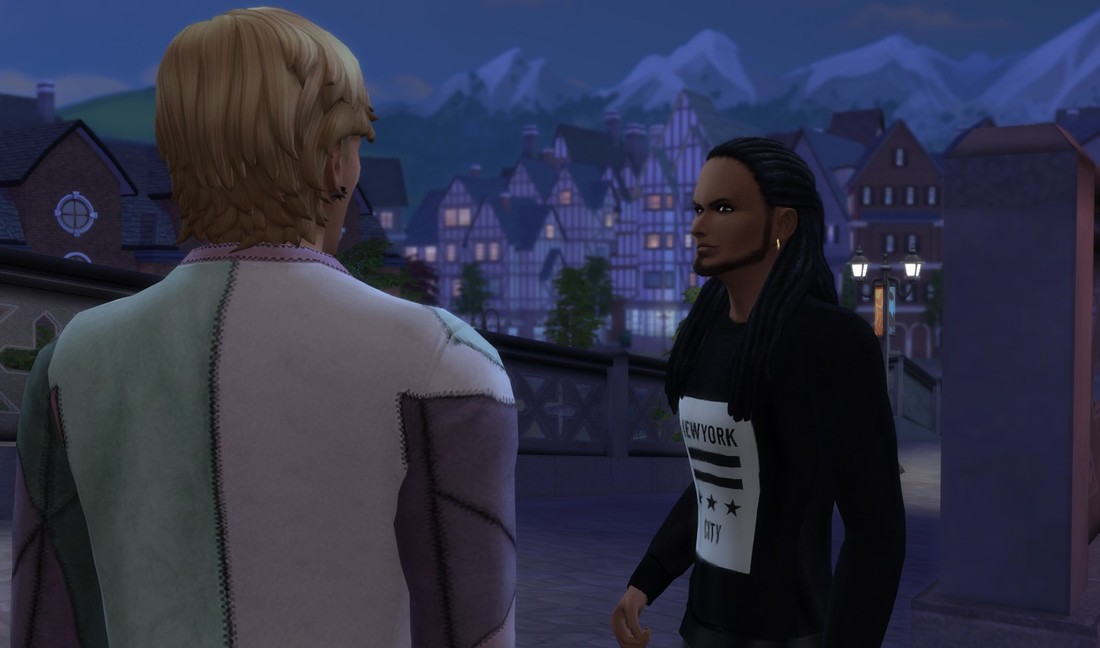 Glaring, I said, “I’m a professional. I’ve never handled anything without a dose of healthy fear. Now will you shut up and let me do my job?”
​ 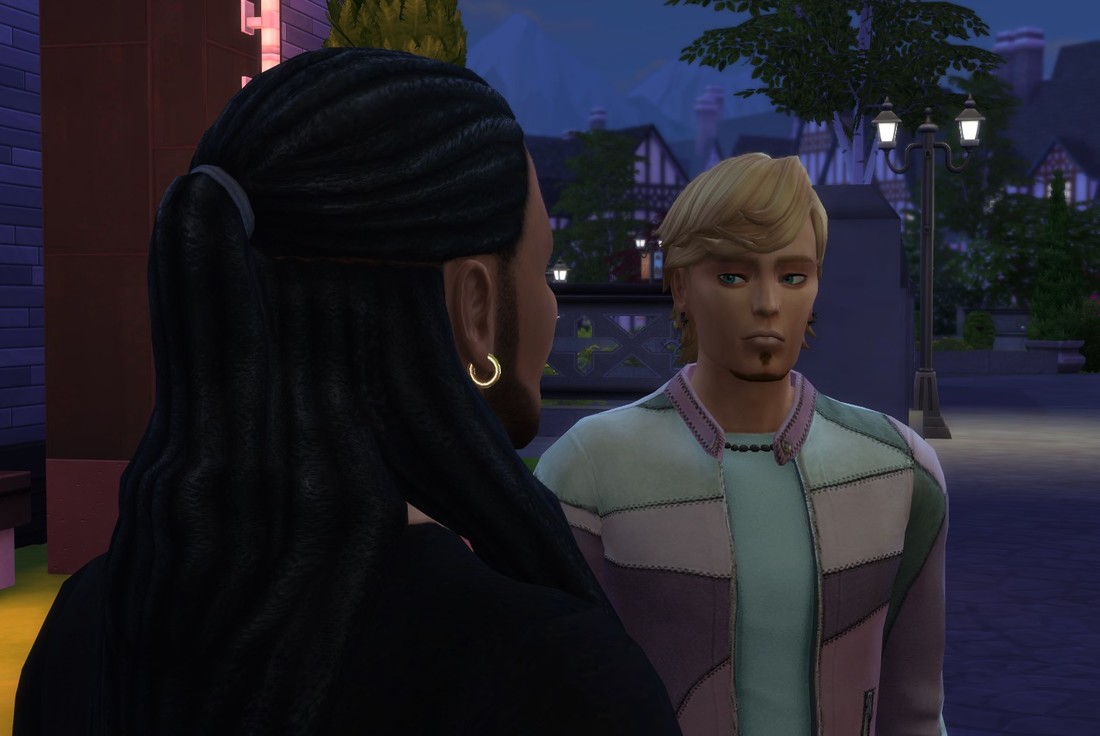 I pushed past him and entered the club, already pissed. I had to calm down or I could blow this whole thing.

But all the nerves and angst fled once I entered and saw Luke Westmeyer sitting innocently at the bar. The stool next to him was open. 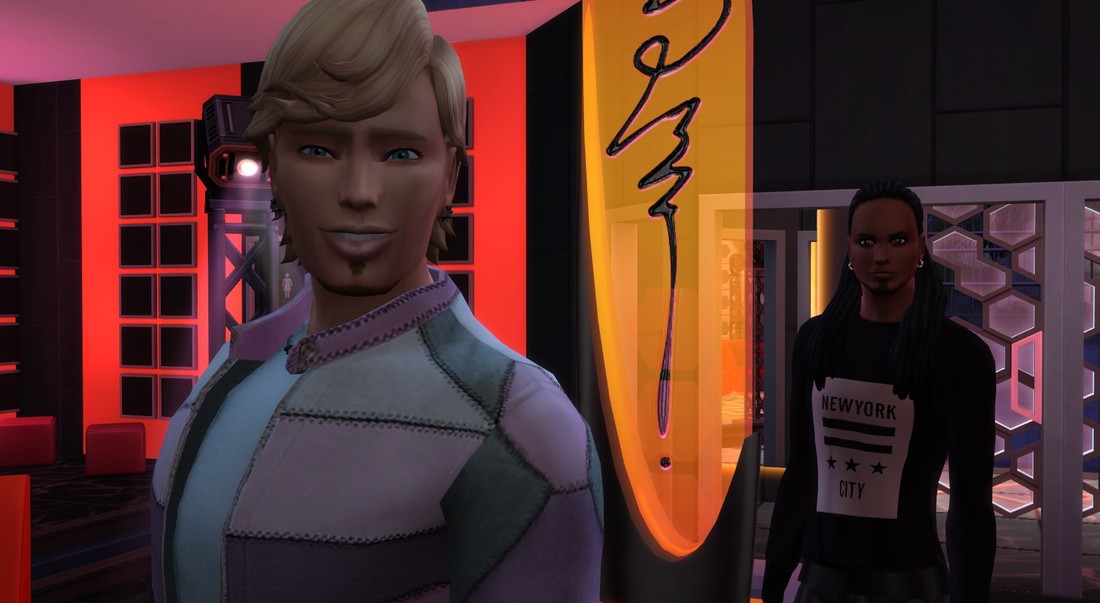 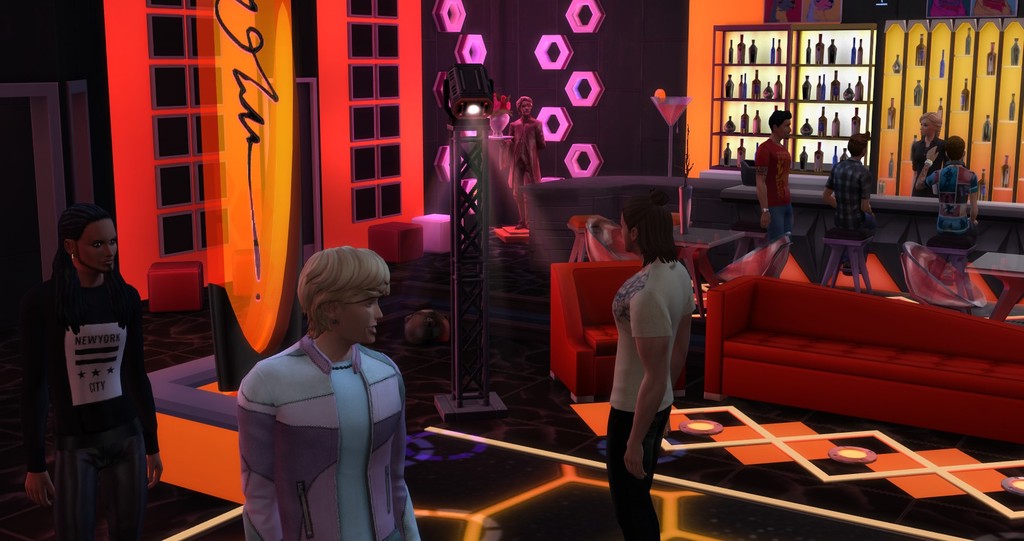 I noticed him chatting up the man next to him. I might be too late if he’s with someone else already. Our intelligence said he didn’t have a boyfriend. But I could possibly talk to him about modeling. I just had to jump in feet first.
​ 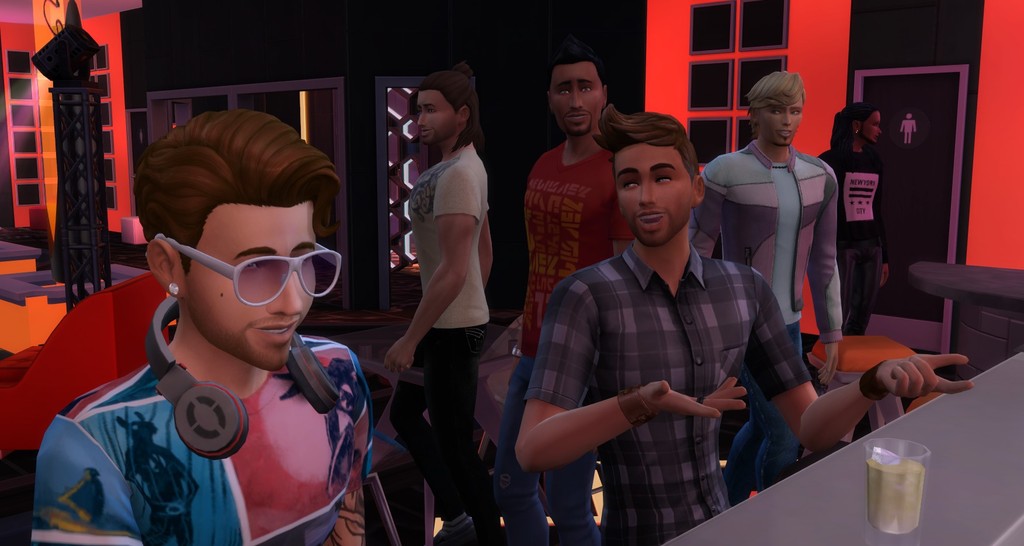 Waiting for an opportunity to slide into the conversation, I ordered a drink. Then amazingly, my luck changed. He noticed me and his eyes grew almost as if he recognized me. My stomach plunged. How could he know who I was? My cover would be totally blown and weeks of preparation down the tubes.

He snapped his fingers. “Don’t I know you from somewhere?”

Then it dawned on me. I’d done a cover shoot in Citizen Style with Chiandra. It just came out.
​ 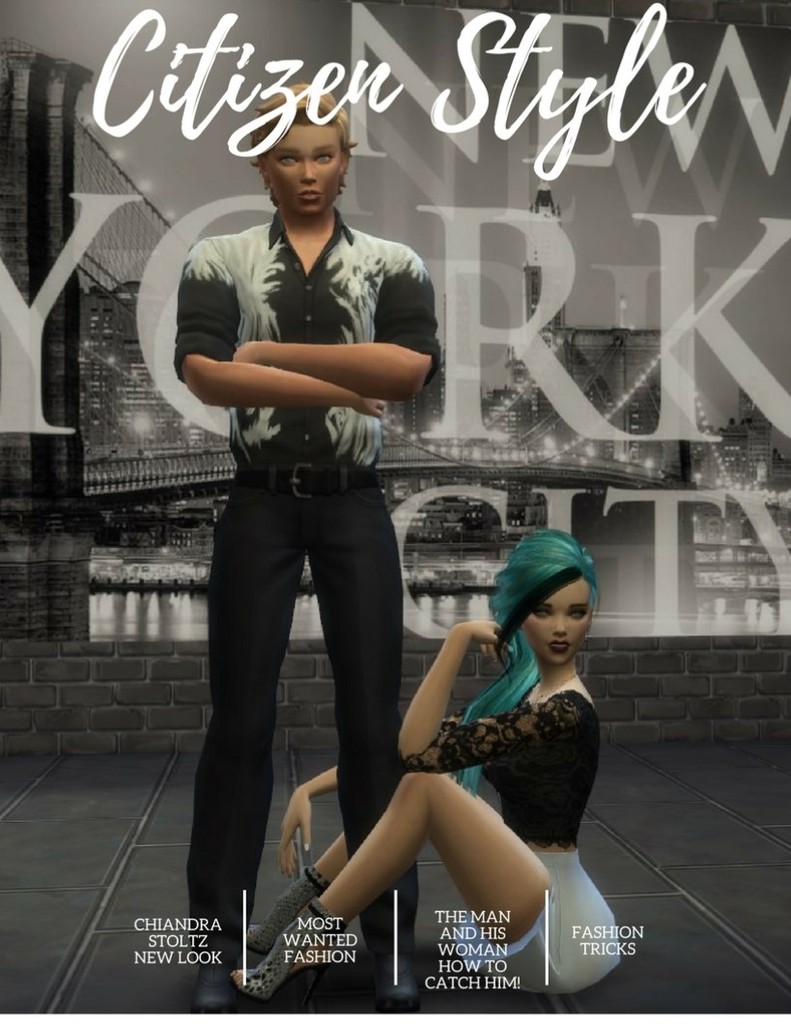 “I don’t think we’ve ever met. Maybe you saw the magazine, Citizen Style? I was on the cover this month.”
​ 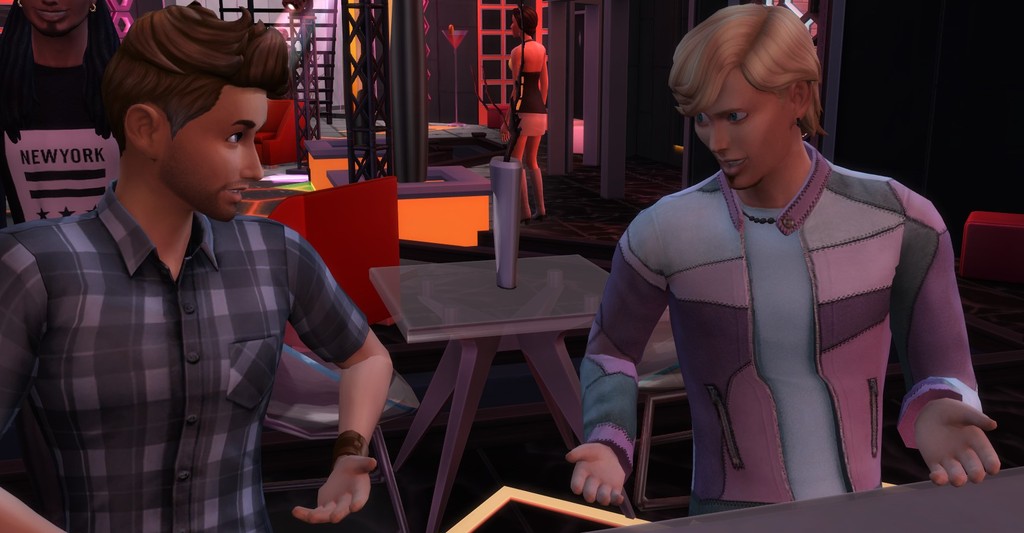 He smiled broadly. “Yes! I saw that issue. I knew I’d seen your face before. I’m Luke Westmeyer. And your name is?”

“Brian. Brian Anderson.” I grinned, staring into his eyes, establishing a connection.
​ 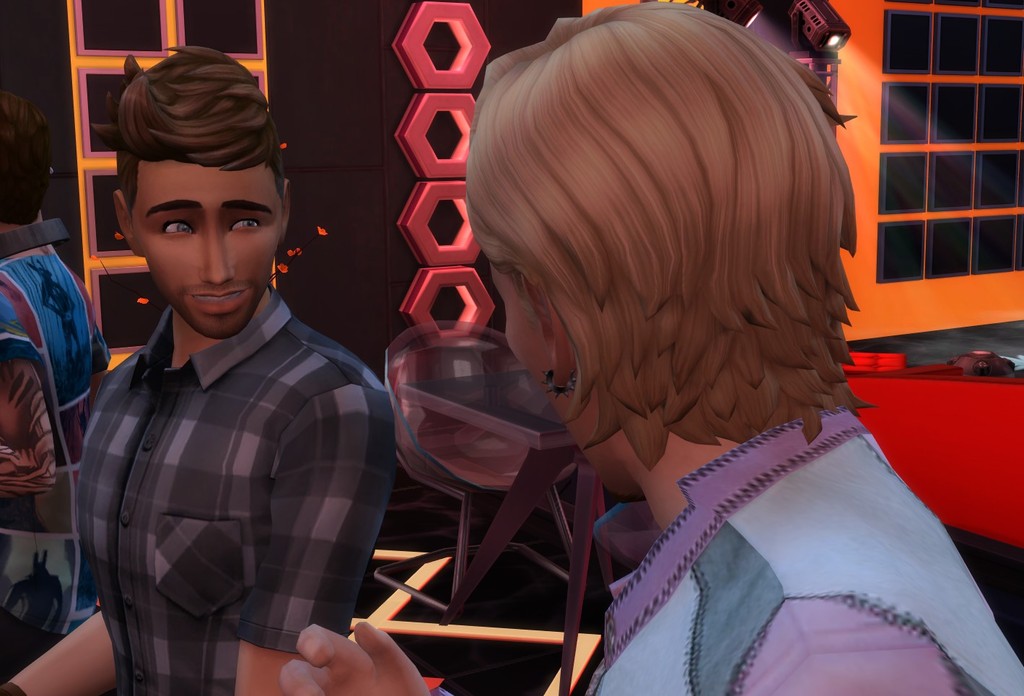 “Nice to meet you, Brian. You know, I’m a photographer. I’m always looking for new models. Do you have an agency you work with?”

Going through the exact cover we’d come up with, I couldn’t believe this was going down exactly as planned. And maybe I wouldn’t have to do anything uncomfortable. “I used to work for Fiords but quit. They just weren’t giving me the gigs I wanted. But I’m always looking for more.
​ 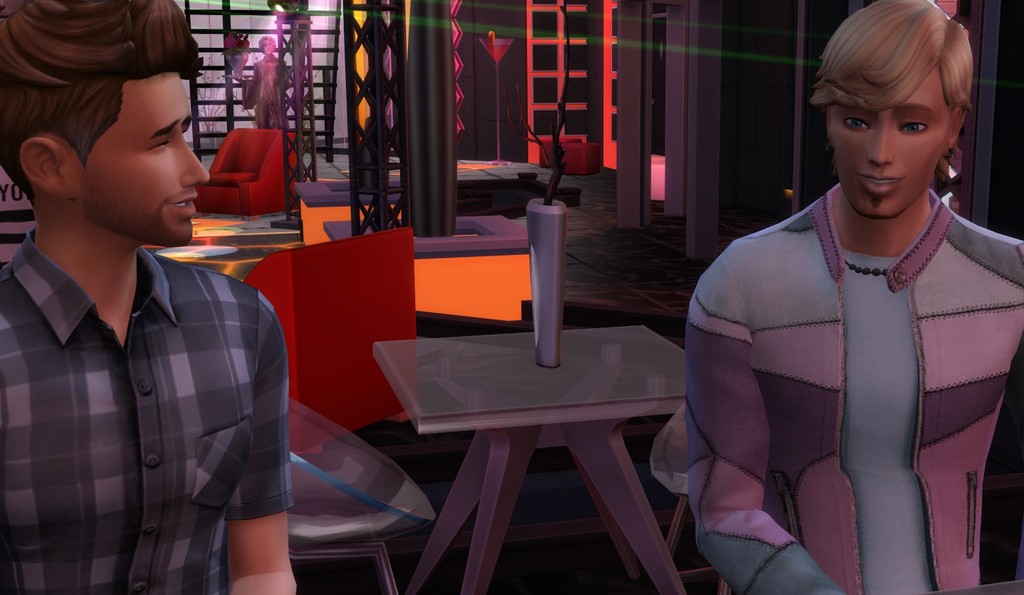 “Well, I’m glad I bumped into you then,” Luke said. “Here’s my card. Give me a call sometime.”

I took his card and put it in my pocket. Seeing that this conversation could die out, I asked, “Are you here with anyone?” 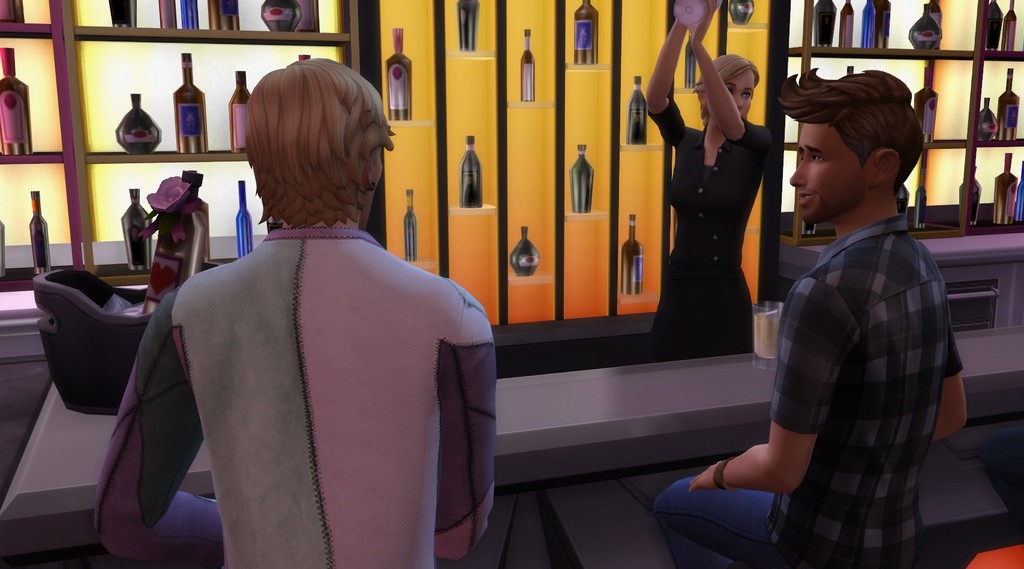 “No. I came alone.” I stared at him with intent on showing him I was interested.

His eyebrows rose. “Then who are those guys who are looking at you?”

He pointed at Brayden and Khalid. They couldn’t be more obvious. I wanted to strangle them. I lifted the side of my mouth. “My ex and his lover. He’s still possessive. It’s really annoying.” 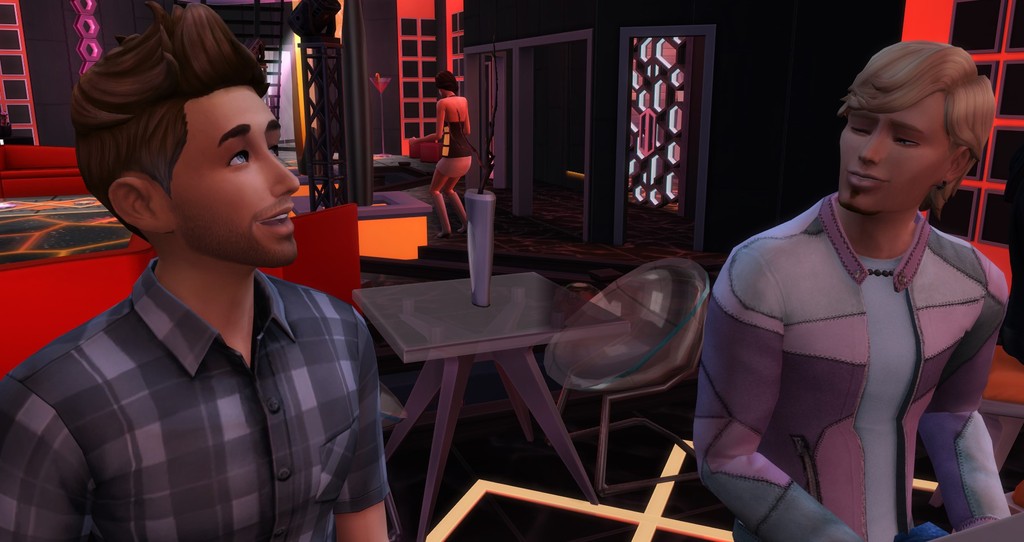 ​“I made his life miserable and he had no choice but to give up.”
Powered by