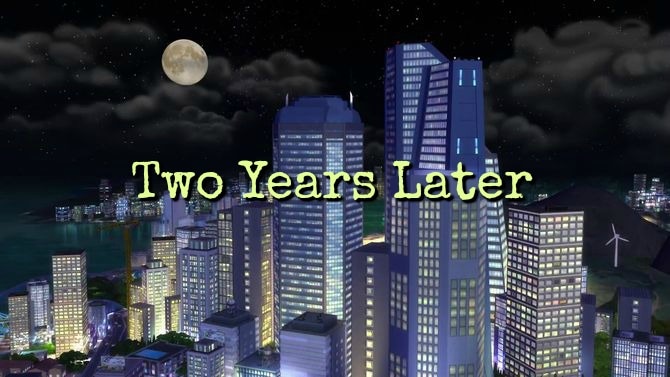 Ever since Winter dumped me, I’d felt numb. Cold. Like I was living someone else’s life. I didn’t know how I did it. How I changed the direction of our band. Reporters often ask me what was behind my genius. The only thing that came to mind was pain.

I’d gone into the depths of depression and somehow my music always kept me afloat.

After we produced our second album, Go To Hell, the title song debuted on the Simboard Charts at 55 and number 2 on the Rock charts. It was an instant classic, everyone said. And then my ode directly to Winter called Despicable debuted at number 10 on the all genre chart. I must admit, I was always amazed whenever I went into a store or restaurant and heard some of our songs playing with my voice ringing out. I wasn’t used to it. Not sure if I ever would be.

Speaking of that, now that I’d made Sim Magazine’s top ten hottest hunks issue, I couldn’t even go out anymore. I thought I could. I went to my local Simbucks Coffehouse the other day with sunglasses and a hat and by the time I got through with my order, some teenaged girls were squealing, pointing and some were shouting. 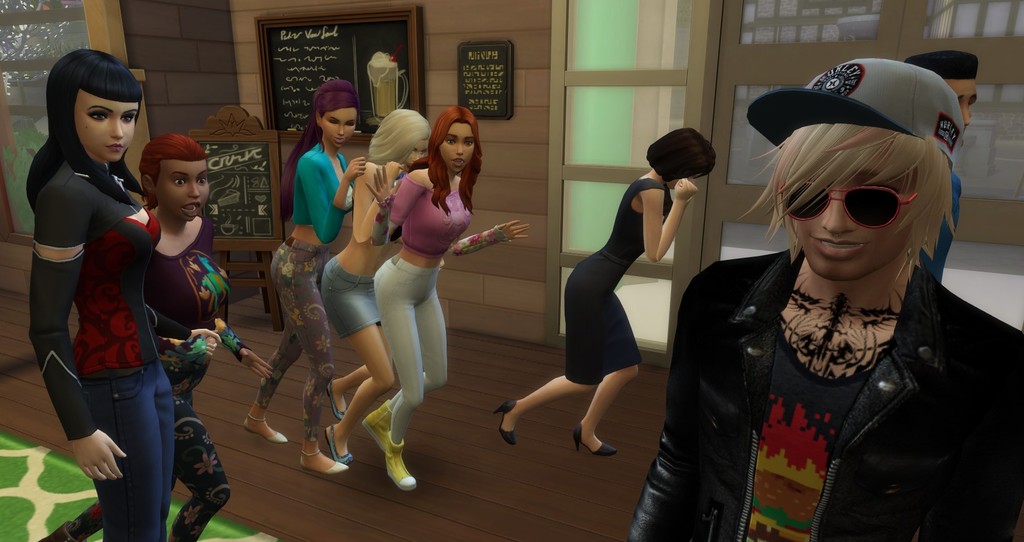 A mob formed, so I was forced to scramble out of there without my coffee even though I’d paid for it.

Fame had hit and I didn’t know how to handle it. My dad was famous, so you’d think it wouldn’t be different, but it was. My father’s face wasn’t well known. Sure his movies were and his books, but no one identified his image with his work. For me, it was different. I’d been in countless articles, posters, you name it. The Llama Kings filled stadiums and headlined. Hell, even Clarke and Manu had their own groupies who followed them around. I wouldn’t allow that. I’d never been one for all the sex that my friends get. It was pointless. I wanted a real relationship. Like what Lane has. His girlfriend tours with us. It’s great. Sure, it wasn’t like I’d been celibate. I did get seduced by one groupie, and I would admit, I had fun. 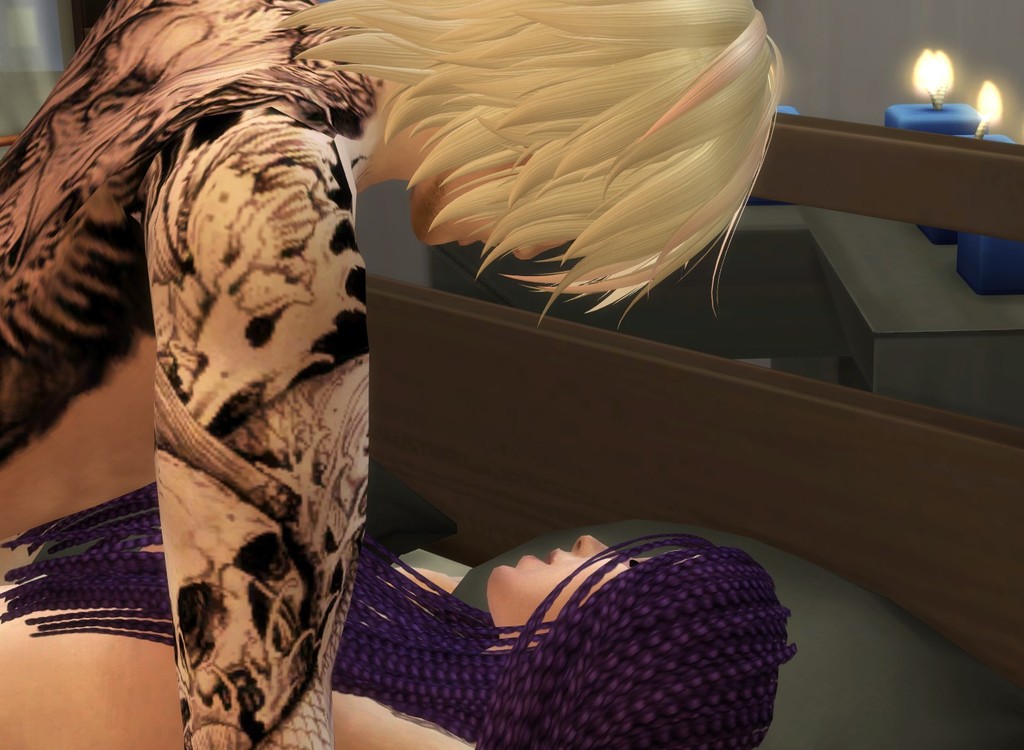 And then there was that time I dated the pop princess, Gina Somez. 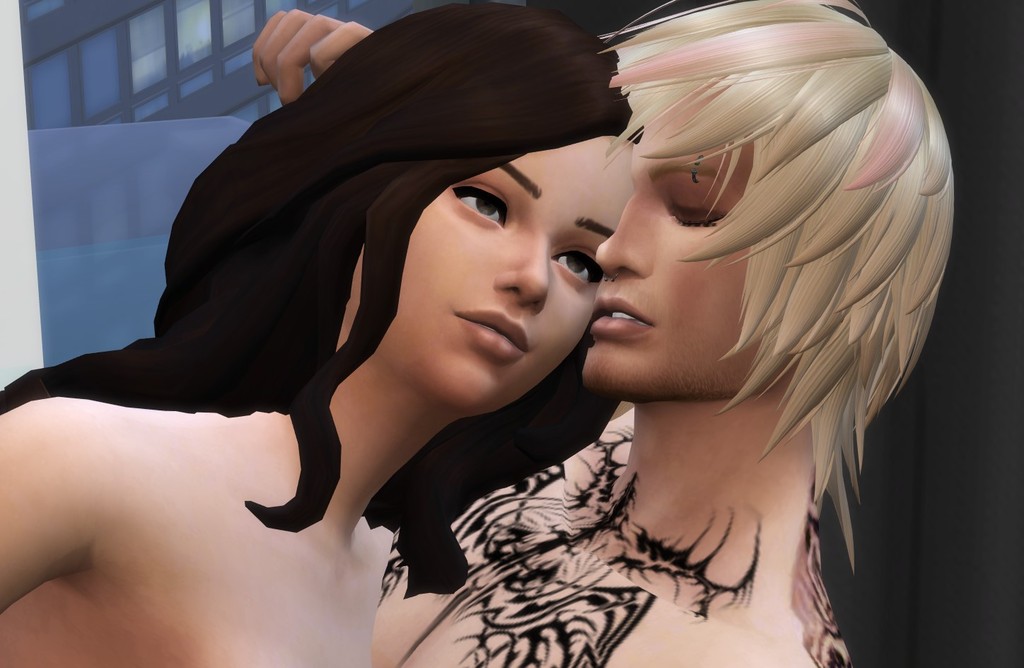 What a mistake that was. She ended up cheating on me with the tween king, Dustin Jieber. I hated her music anyway, so good riddance.

After we’d gone on a particularly long tour through Europe, I was aching to get back home and see my family. Pops promised to cook my favorite meal, lasagna, so I couldn’t wait. I hated eating out all the time.

When I walked in, Dad rushed over to me, swallowing me in a huge hug. “Well, if it isn’t my favorite rock star. How are you, bud?” 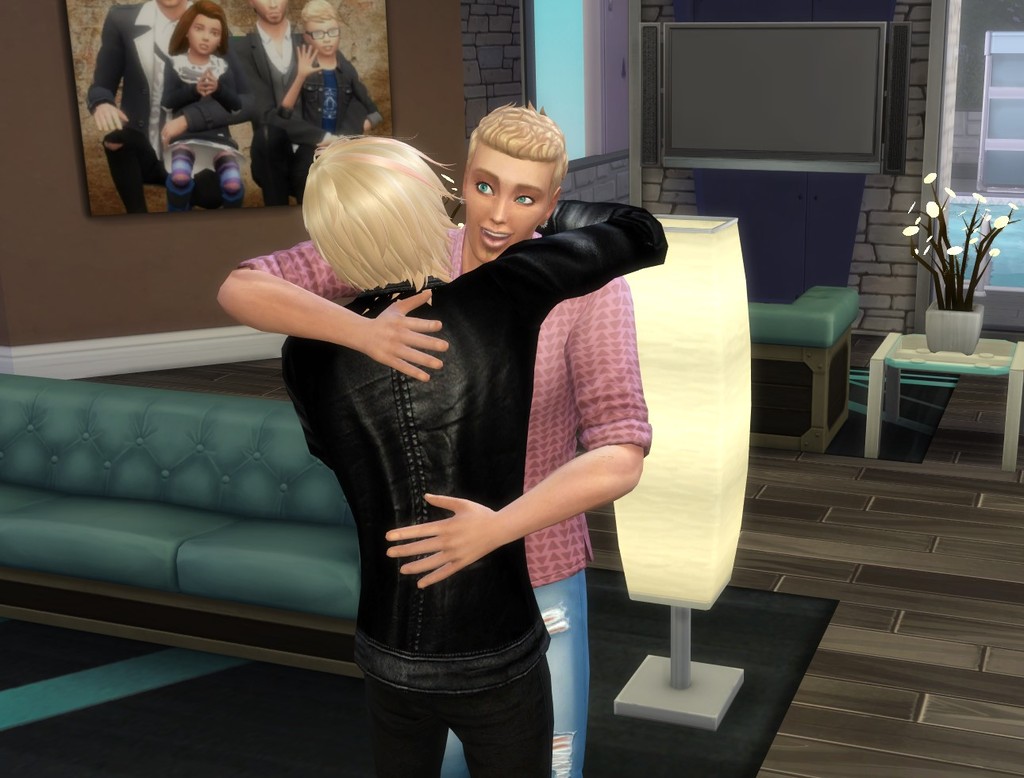 I squeezed him, so happy to be home. It felt so good going to the place where you grew up. My family was the best. “I’m doing great, Dad. Love being back home.” 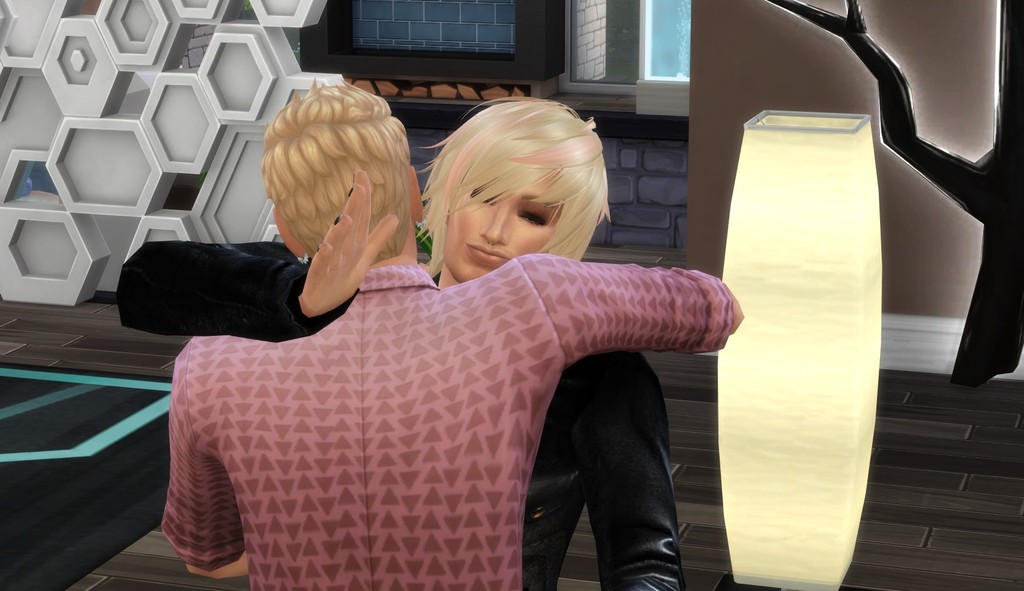 “Well, we love having you.”

“Looks a little skinny to me,” Pops deep voice rumbled behind him. “Let’s say you stay for a while so we can put meat on your bones.” 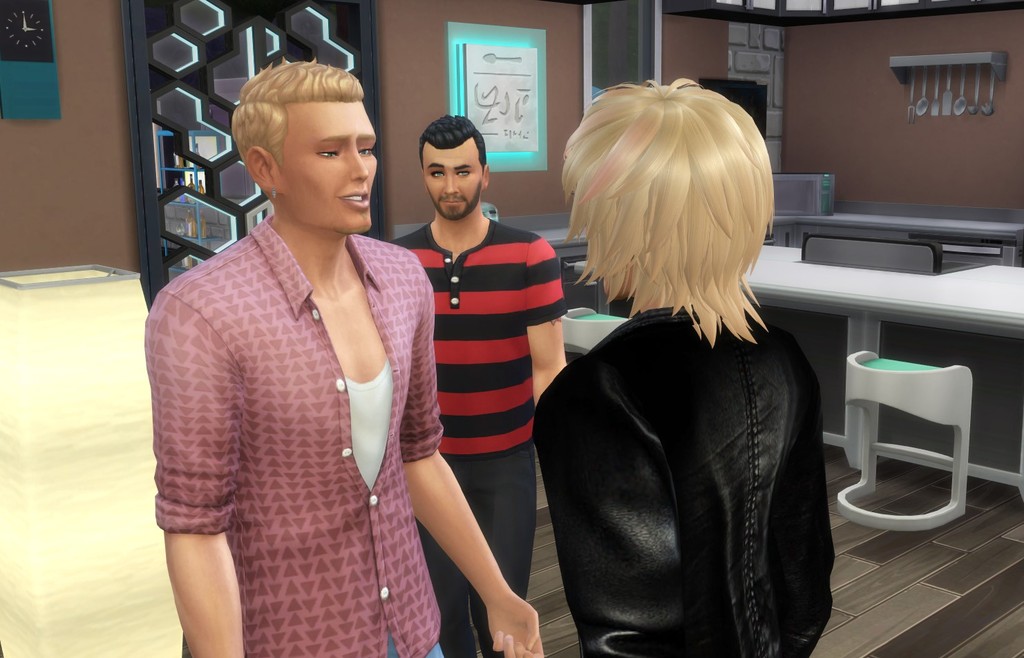 I laughed. “And get chunky like you, Pops? No thanks.”

Chuckling, he scooped me up and hugged me. “Glad you’re here, son.”

We sat on the couch. I sniffed, smelling the delicious aroma of something buttery. “Is that bread?” I asked.

“Yeah,” Dad said. “Pops is now into making French bread, pizza dough, you name it. I’ve been trying to get him to cut it out because all those carbs aren’t good for his cholesterol, but...” he shrugged. 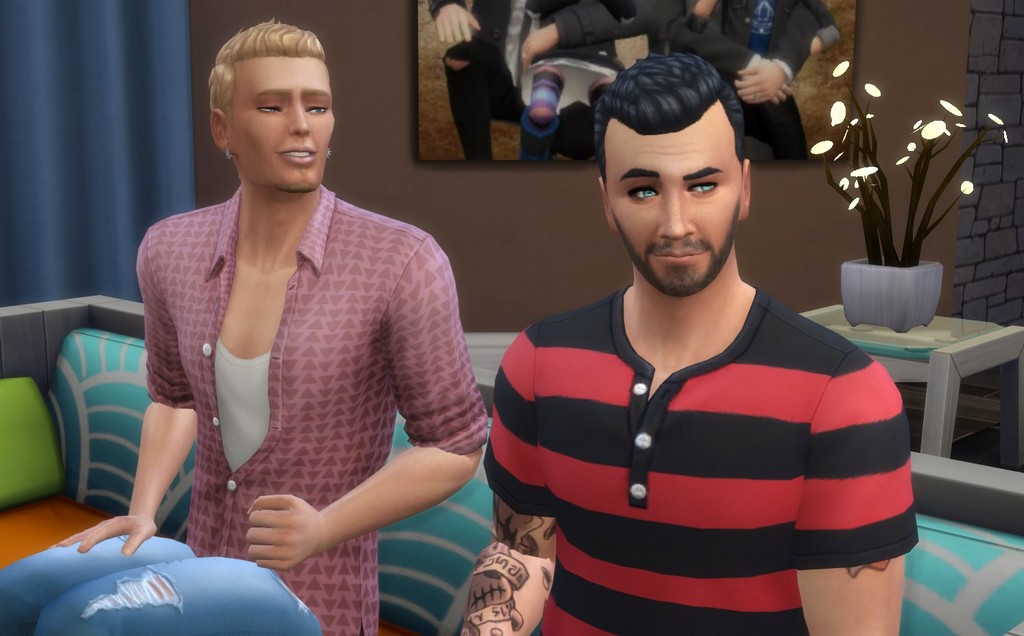 Their light banter made me smile and feel a little wistful. I took their relationship for granted when I was in high school. I couldn’t see the depth of their love and didn’t respect it, but now all I wanted was what they had. A life long love that never died out for any reason. But it looked as if my lifestyle would sentence me to become a neverending bachelor. I guessed it was a choice I’d made a long time ago.

“Any girls you’re dating we need to know about?” Dad asked.

“Babe,” Pops intervened. “Stop being so nosy. I really don’t want to hear about his groupies.” 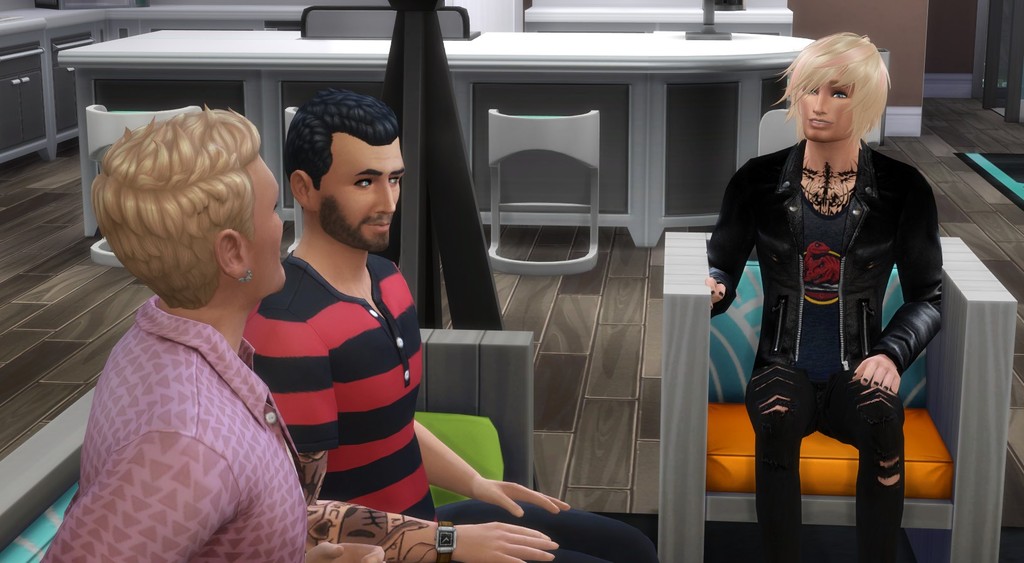 “Ha,” I said, “very funny, Pops. I don’t have groupies and honestly, I’ve been too busy for dating, so yeah, to answer your question, no. I don’t have any news to report. My life is pretty boring. Just a bunch of working on songs, playing concerts, stuff like that.” 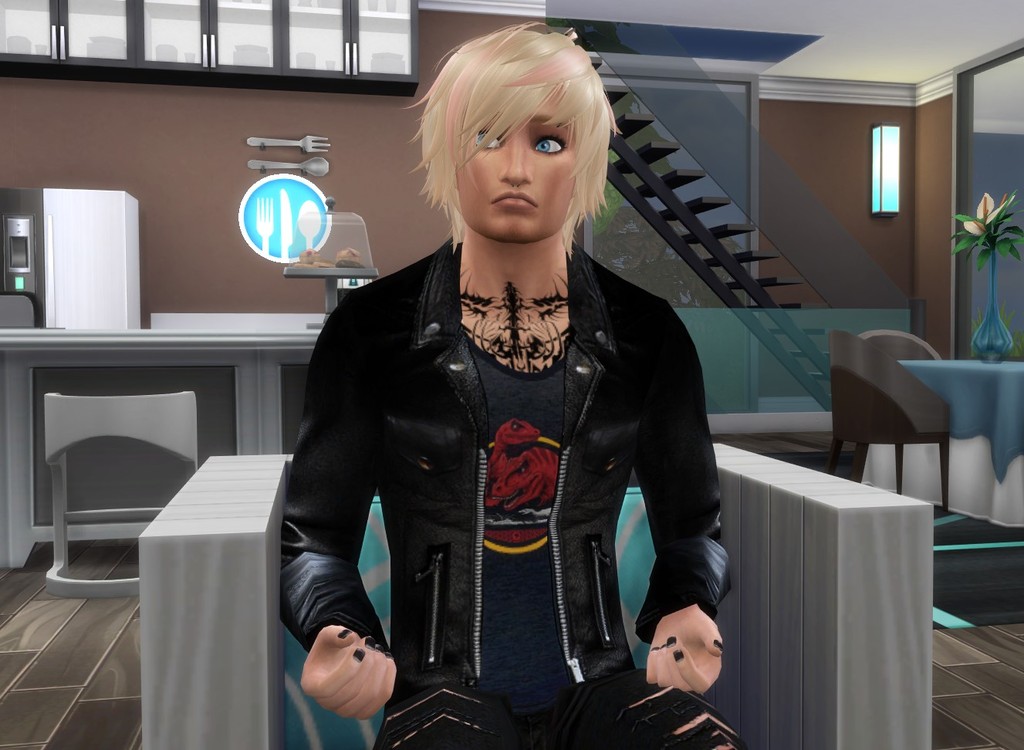 “Jacky!” I heard my sister’s voice shout, gleefully behind me. Saved from all this girlfriend talk by my parents. 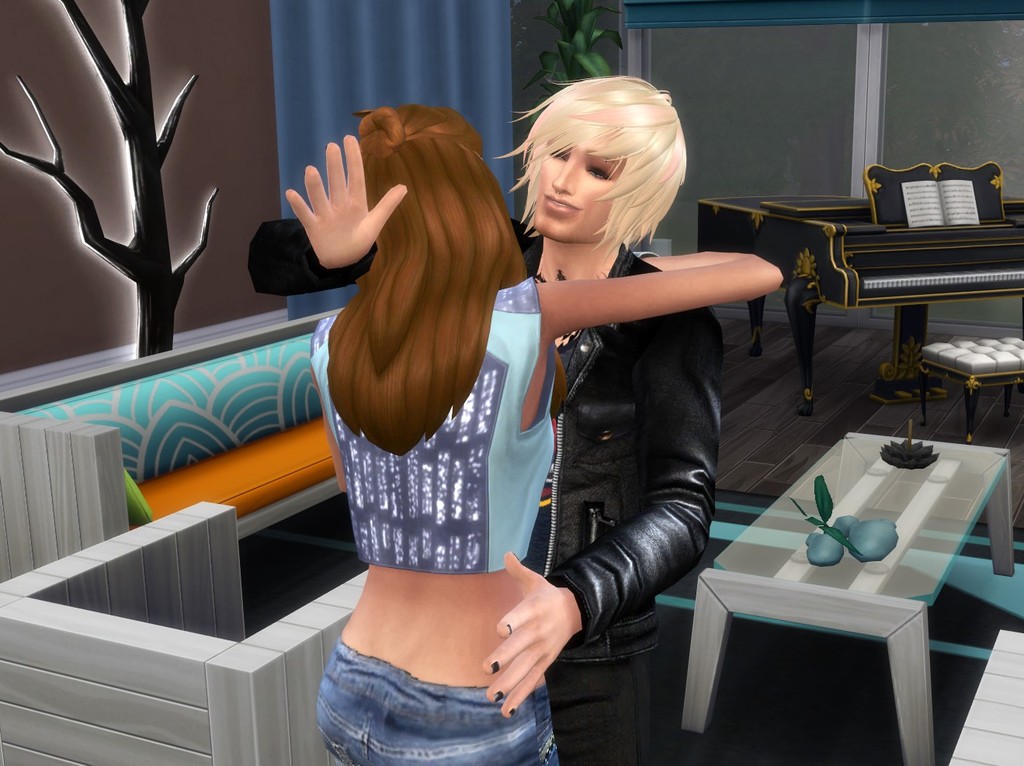 “Me, too! Hey, did you get me that autographed picture of Sadrick Plump from Fall Down Guys?” 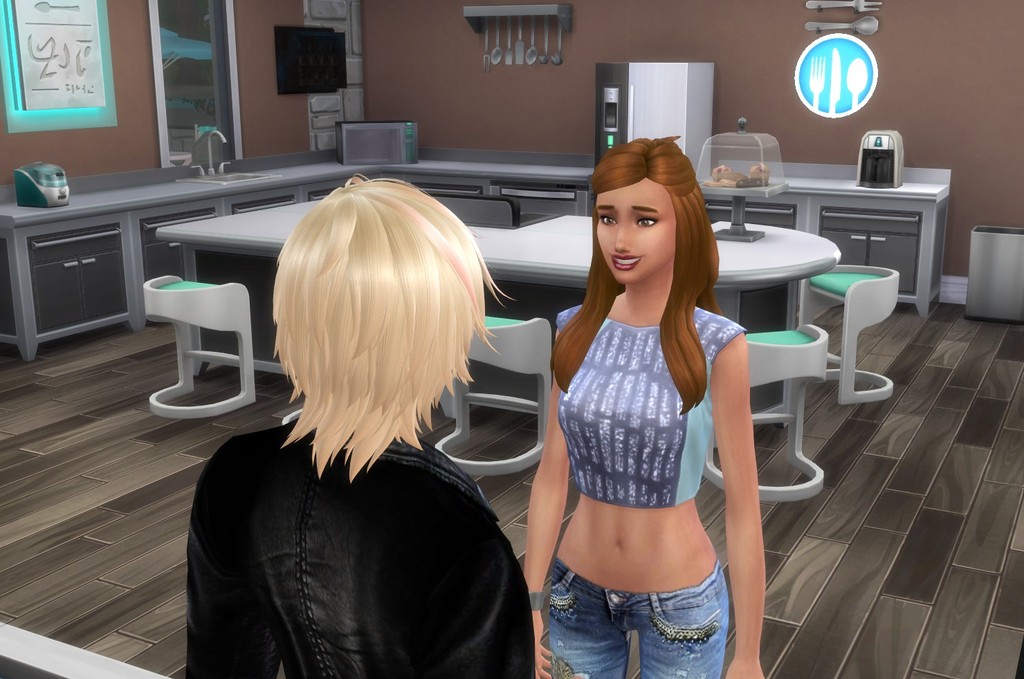 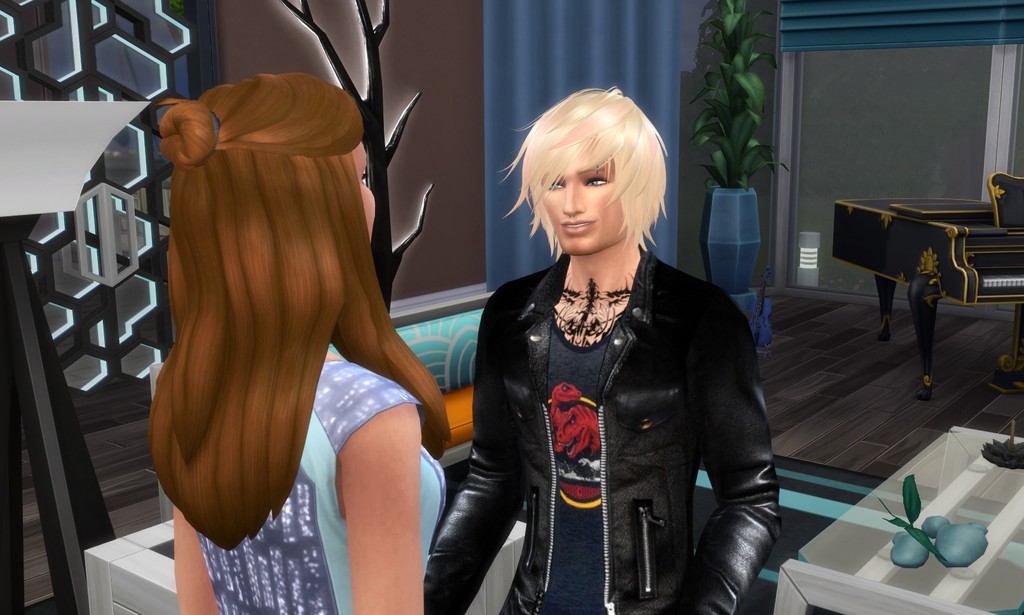 “Really? Go get them! Please oh please, my very favorite big brother in the world!”

Just then, our dad interrupted. “What the hell are you wearing, young lady? Get upstairs and change. Now. You aren’t going out with your friends tonight looking like that.” 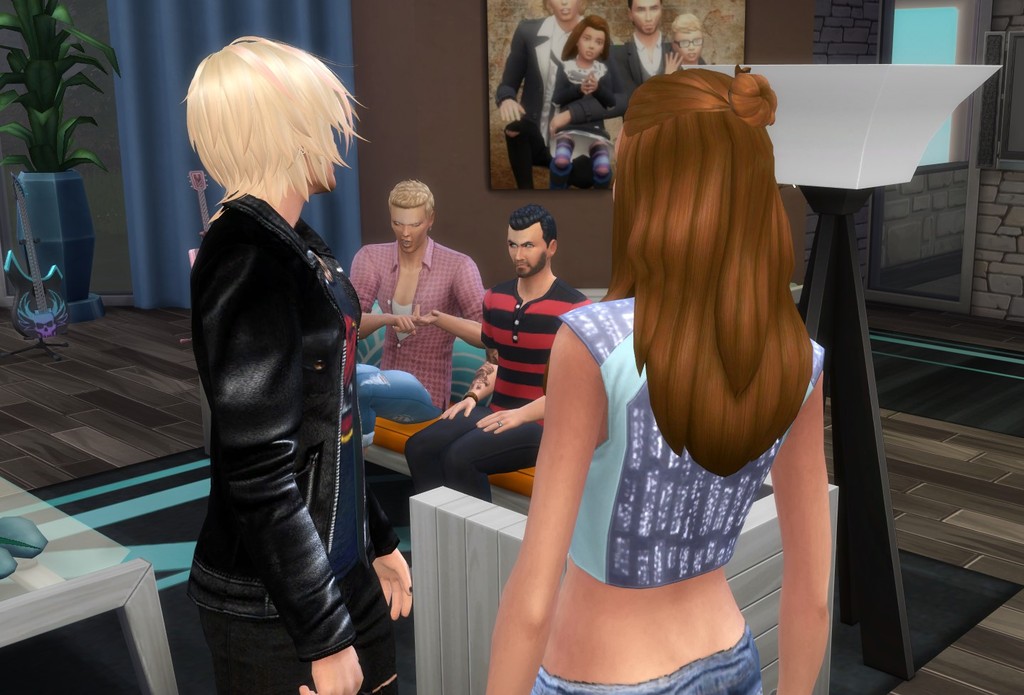 I couldn’t help smiling. For once I wasn’t getting my ass kicked by them anymore. It was pleasant just standing by and watching my sister go through it. 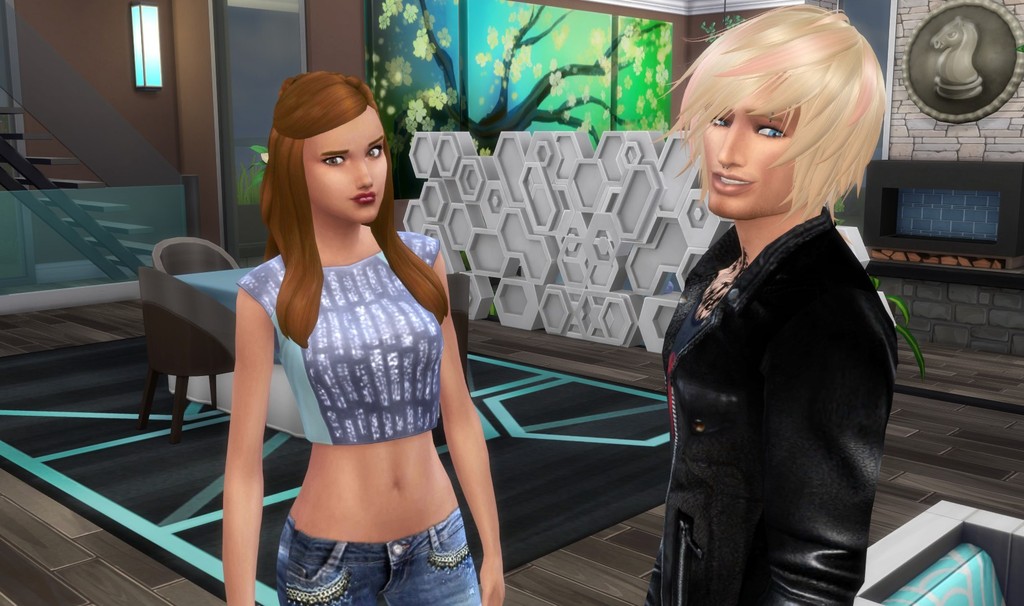 “I don’t care. You’re not everyone. Put on a sweatshirt. It’s going to get cool tonight.”

“No,” Dad ordered. “If I can see your stomach, you’re not going anywhere.” 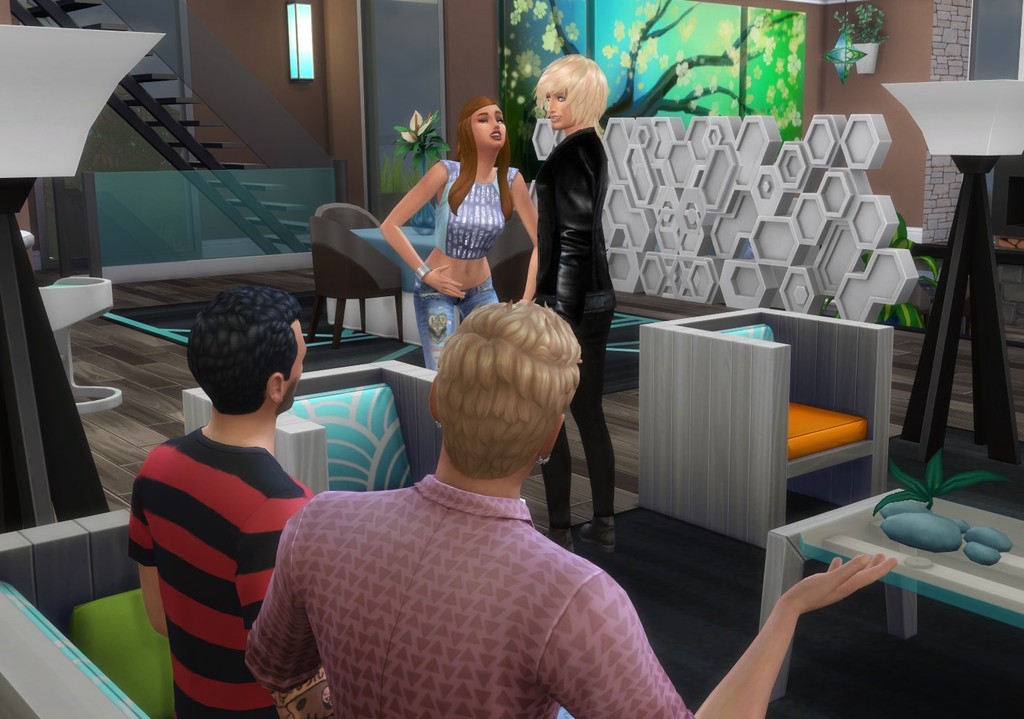 “I don’t get why you won’t let me do what I want.” Dakota crossed her arms, angrily.

“Dakota,” Pops said, glaring. “I’m tired of your lip. Get upstairs and change or I’m taking your cell phone.”

Uh oh...if Pops was getting involved, she was sunk. Usually, we could talk Dad into most things, but not Pops. 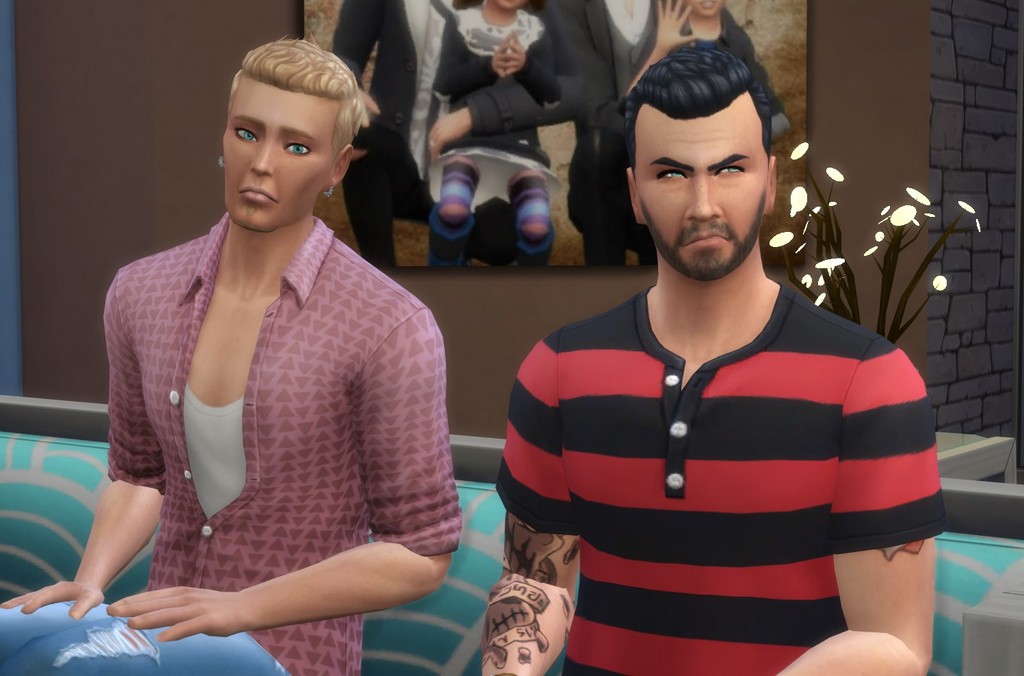 She grumbled under her breath, “Sometimes I wished I had a mom. She’d side with me.”

Dad shrugged. “I’m sorry you were unlucky enough to have two fathers, but I highly doubt a mother would feel any different.”

“Want a bet?” she retorted.

“Dakota, you’re about to get grounded,” Pops said, raising his voice. He was ultra protective about Dad. I had to admit, I was on their side, but couldn’t say that. It was against the good brother code. 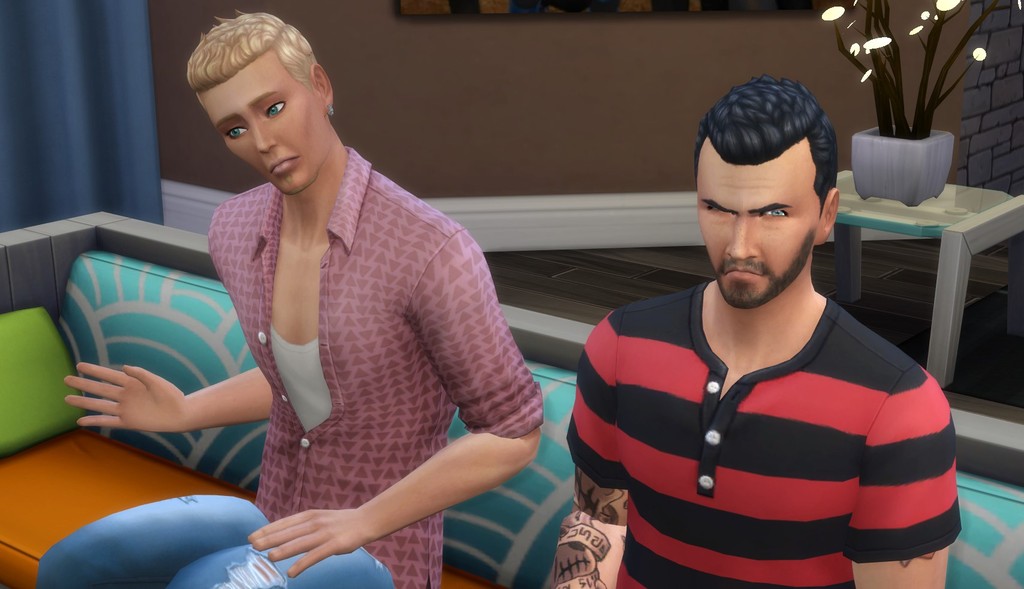 “Come on, Monkey,” I whispered. “Let’s go upstairs before you get into real trouble.” 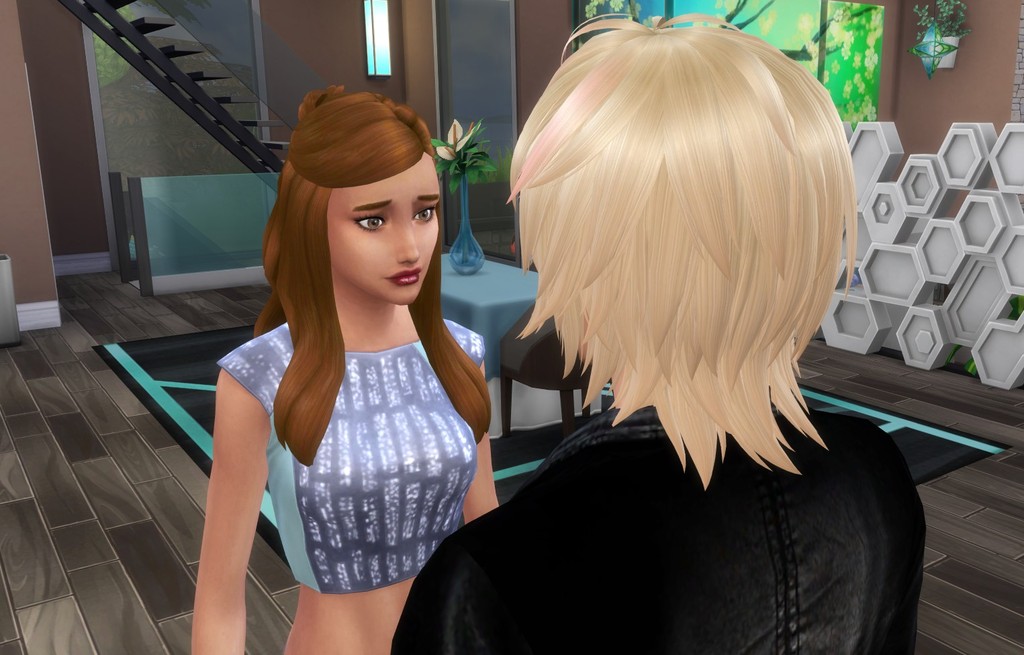 After she shrugged into a sweatshirt, she plopped down on my couch. “Ugh! They are so annoying! They go overboard about the stupidest stuff. I mean, all my friends wear things like this. And I know if I had a mom, she would understand.” 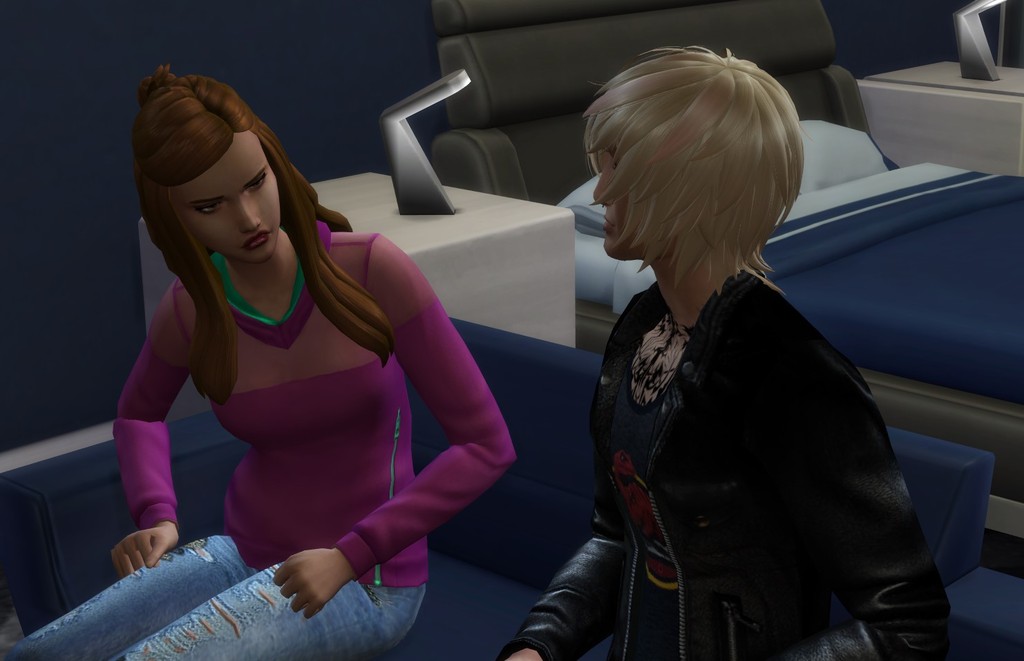 I said, “Well, I can’t say I disagree with them. I mean, you don’t understand how a guy’s brain works. They don’t want you getting any unwanted attention. It’s just for your protection, Dakota.” 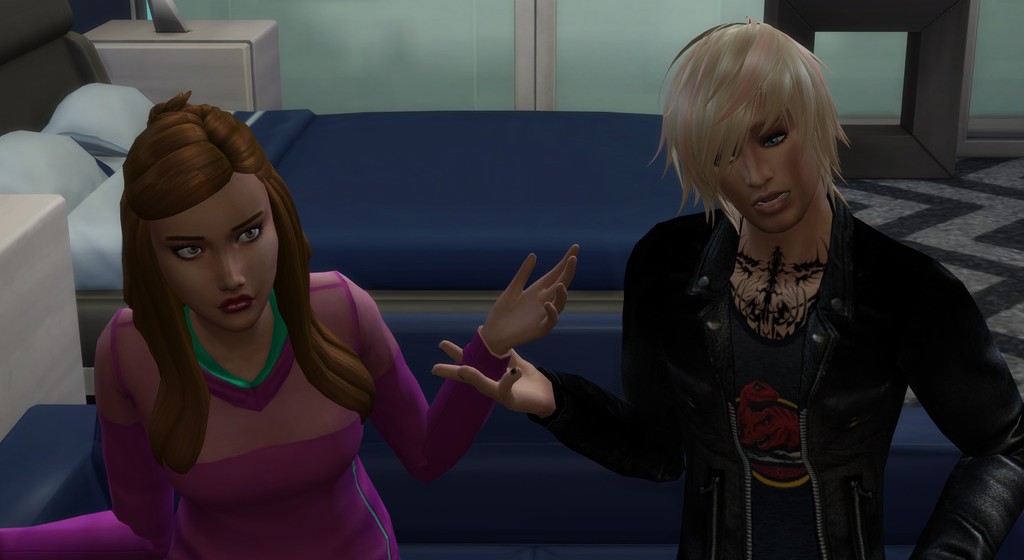 “It’s not you they’re worried about. And listen, you know, we’ve got the best parents in the world. I used to think that I needed a mom sometimes, too. Especially when it came to learning about girls, but we have Aunt Bri and honestly, they always try to do their best when it comes to us. I didn’t appreciate them when I was your age and I regret it now. You couldn’t ask for better parents. I wish you wouldn’t say things like that to them. It hurts them.” 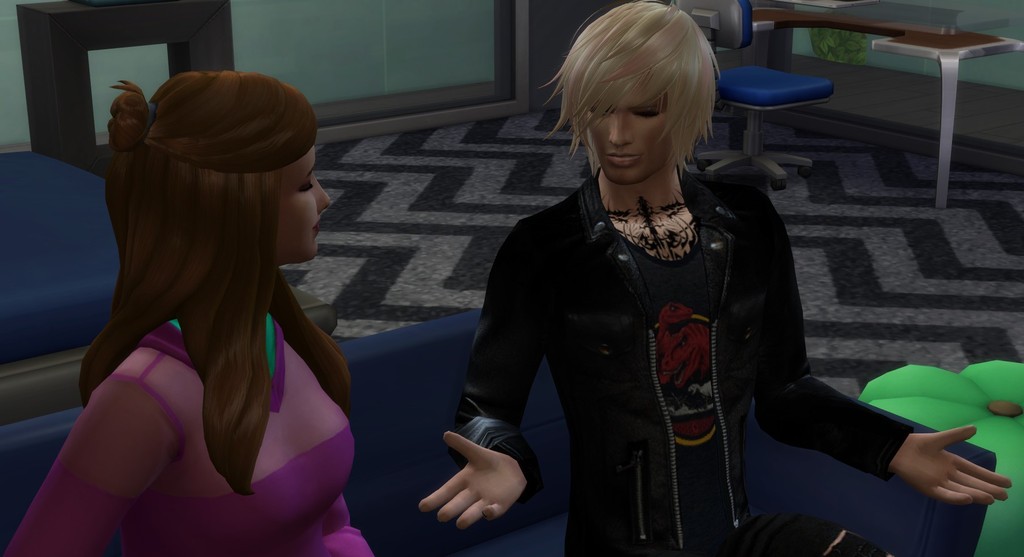 She lifted the side of her mouth. “You know...I guess you’re right. Now I kind of feel bad.”

“Well, you can tell them that later. Dad eats up apologies.” 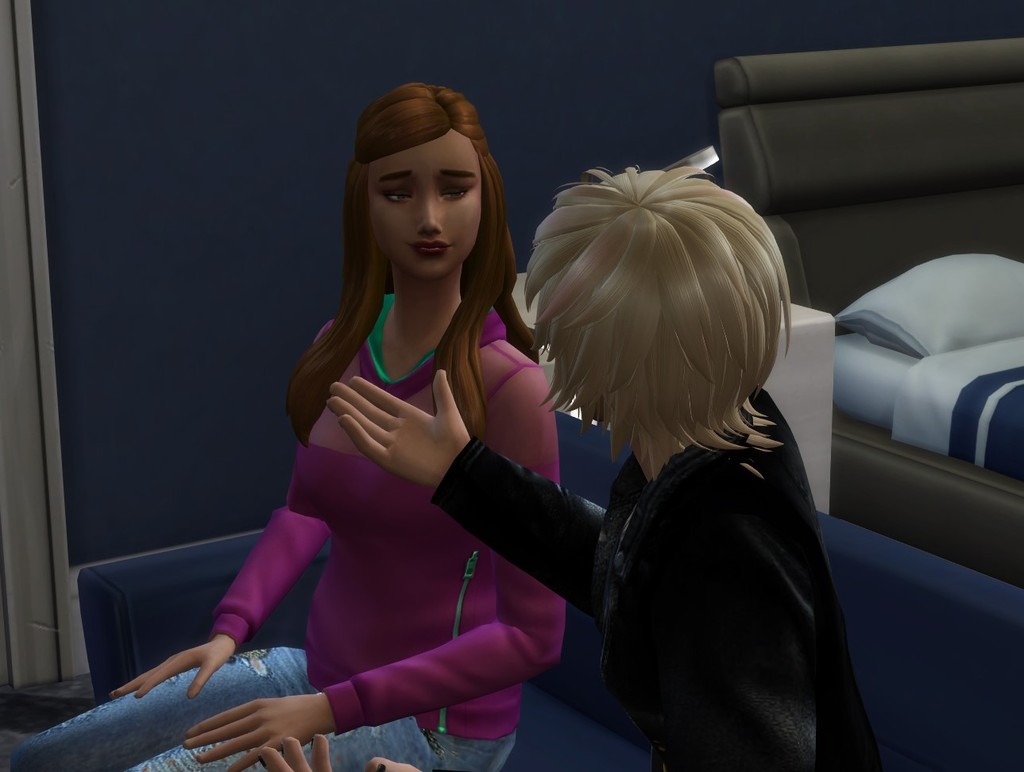 “Now,” I said, grabbing my game controller. “It’s time I take you on in Super Crash Bros. I haven’t kicked you’re a*ss lately and I think you need it.”

“Ha!” she laughed. “I don’t think so, old man. No one beats the SCB master.”
Powered by