I heard someone enter the garage door downstairs. It was Marco.

“Are you ready to go?” He eyed me up and down, making me flush. I’d been packing and totally forgot our meeting.
​ 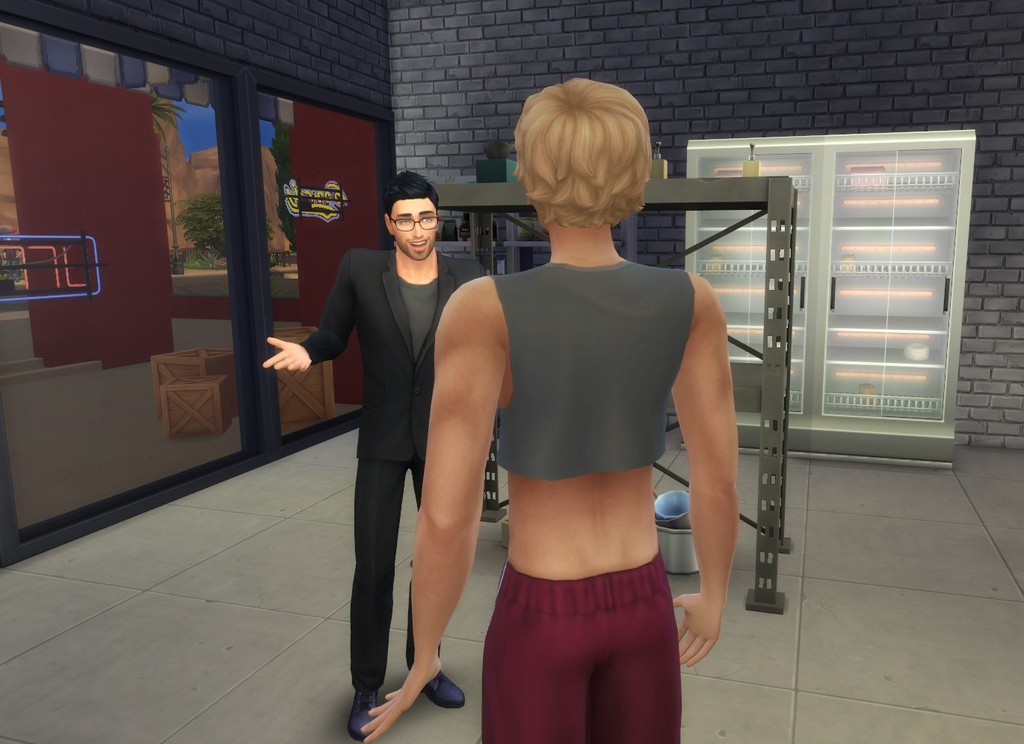 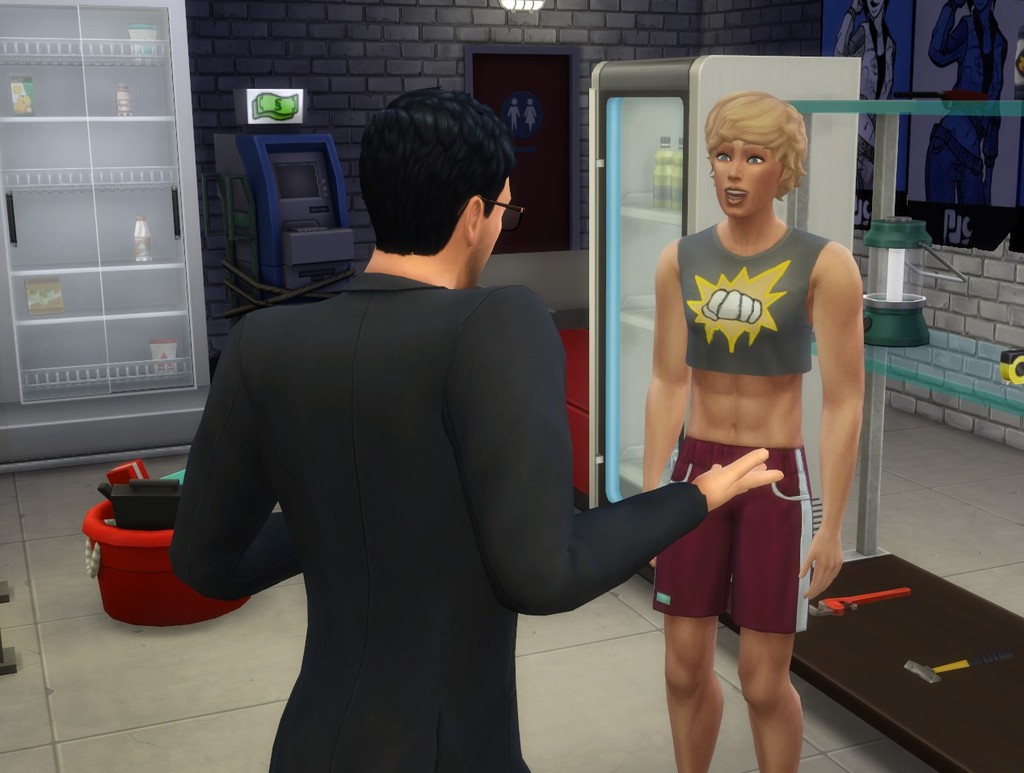 I followed him to my living room, worrying about what he had to speak with me about. I mean, we could have easily talked here, but he insisted, saying Knight’s restaurant was a better place to discuss things. I didn’t even know Knight owned a restaurant. There were many things I didn’t know about Knight and it made me nervous.
​ 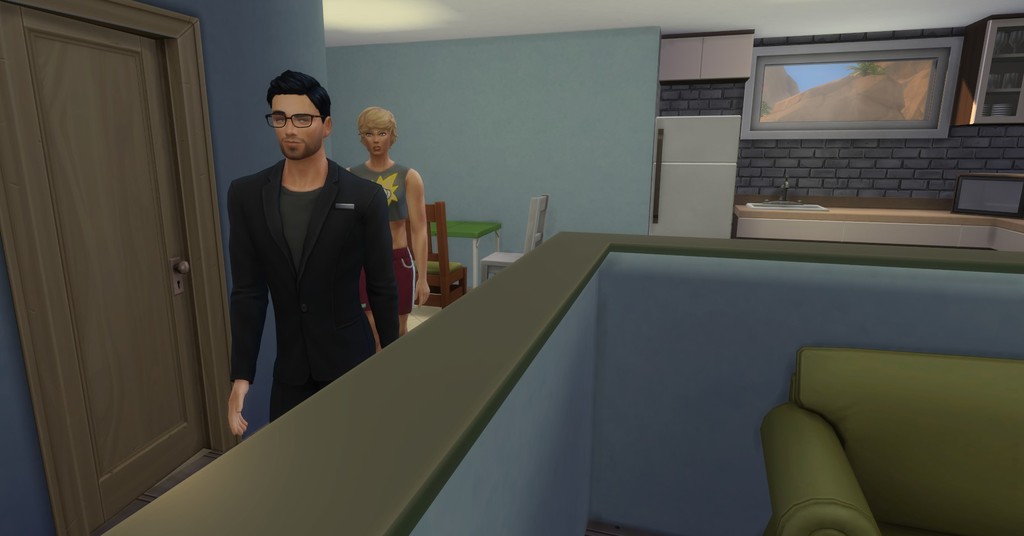 “Excuse the clutter. We’re packing,” I said before going to the bathroom to shower.

I was suddenly embarrassed by my tiny space. I quickly slid into the bathroom, trying to keep my mind on how Marco could help me.
​ 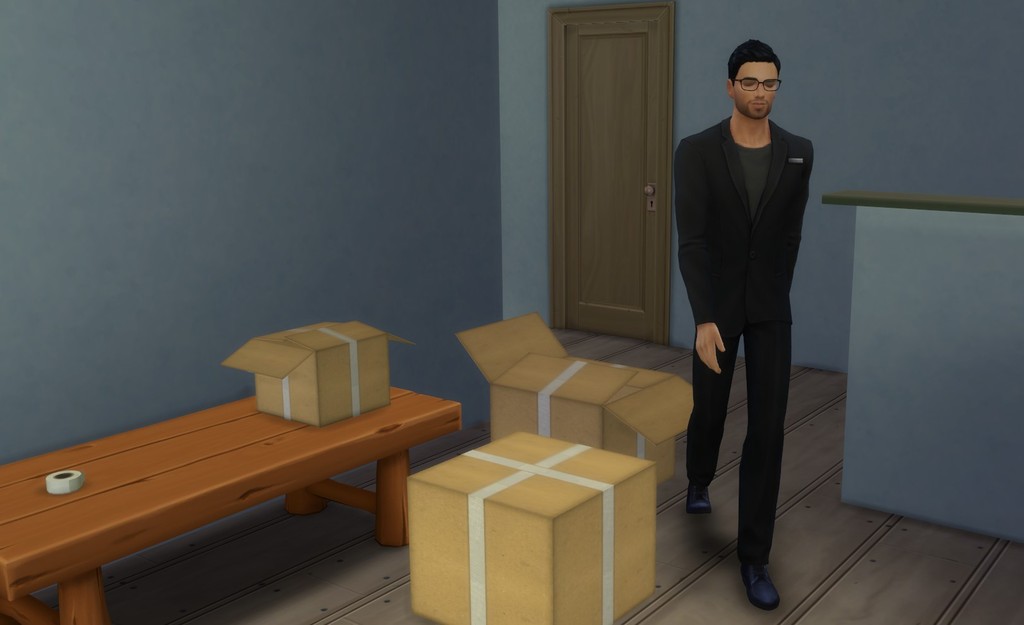 ​Once we arrived at the restaurant, I gasped. It was way more upscale than the place Knight took me to on what I liked to call our first date. “W-Wow,” was all I could sputter.
​ 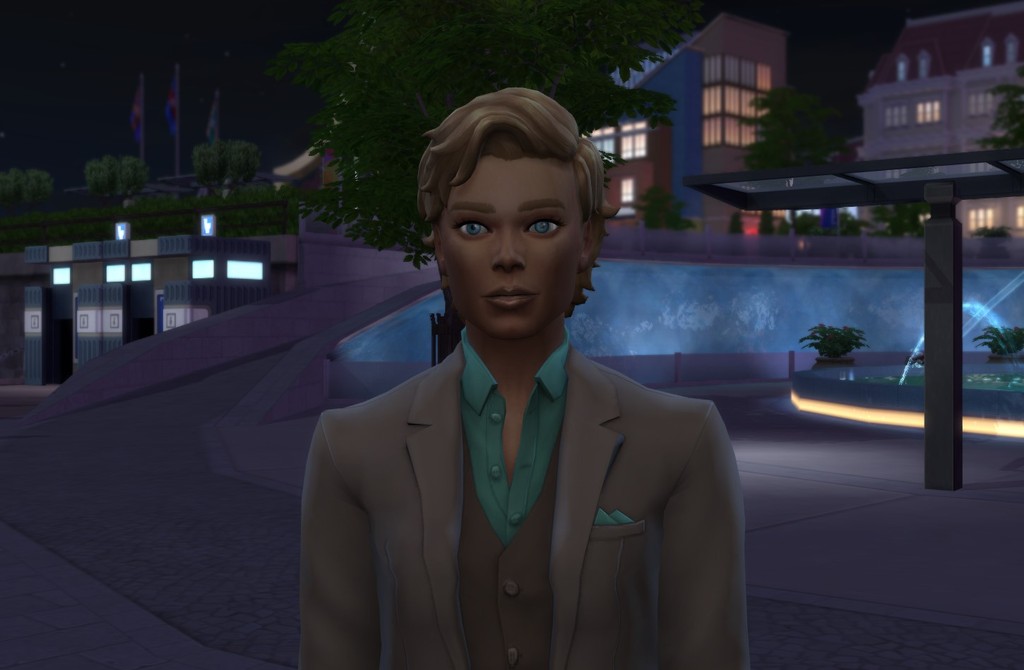 ​In flashy lights, the sign over the building spelled, “Knight’s”, decorated with huge knight chess pieces. Come to think of it, those same pieces littered Knight’s father’s mansion. I never thought about that before.
​ 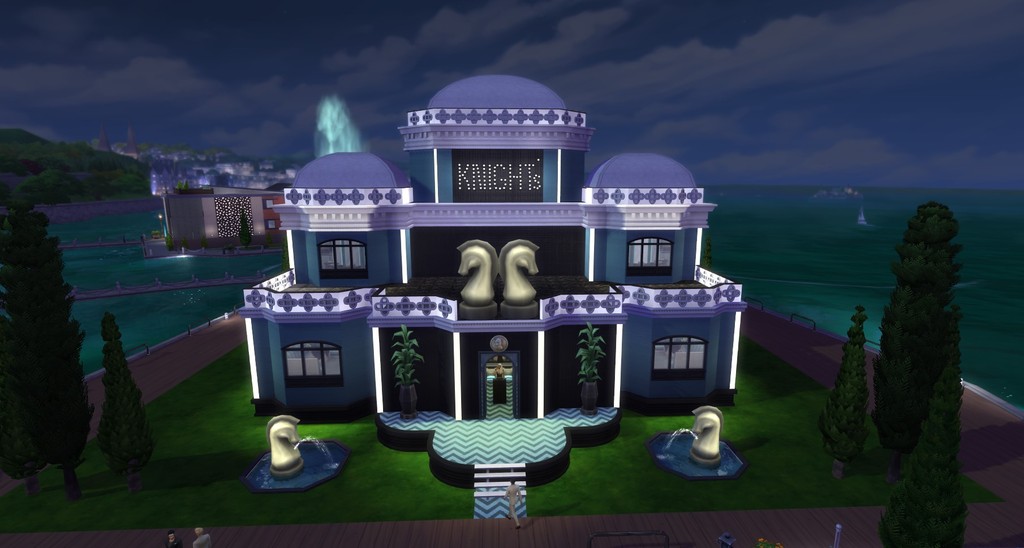 ​Marco pointed to the roof. “The room on the top floor is exclusively for Knight and his family. We’ll be able to talk privately there.”

I shook my head, still not being able to wrap my brain around the ungodly amount of money the Richardson’s had. Knight was basically a prince. No. He was richer than a prince.
​ 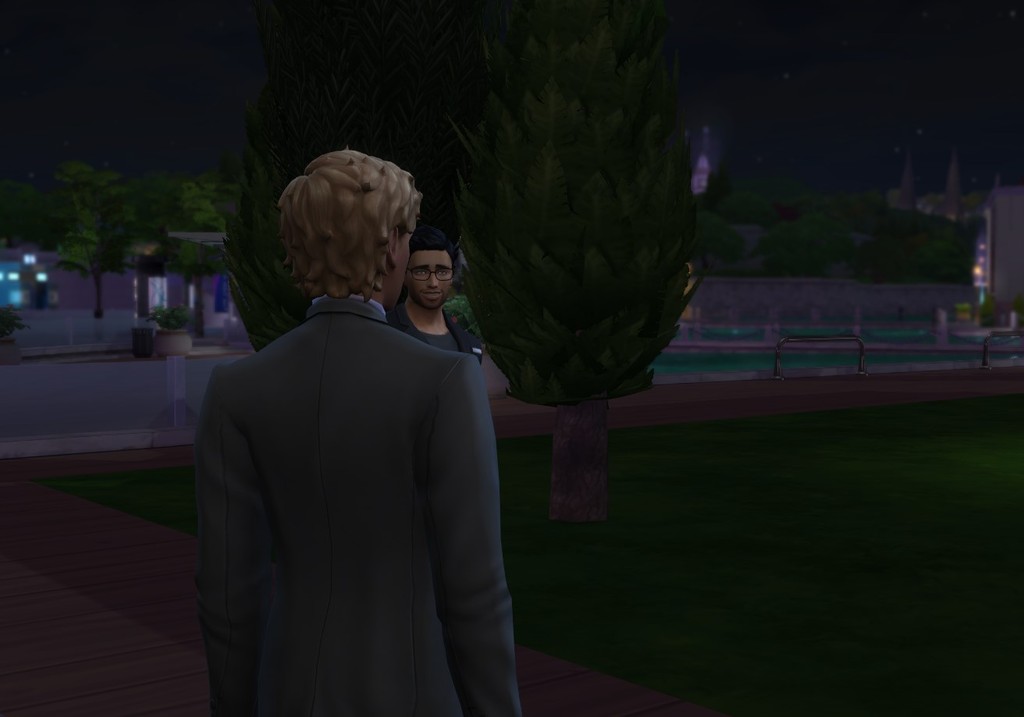 Marco strolled through the front door, saying, “Hello, Barb. We’ll seat ourselves. Have someone come up in an hour to take our order. We don’t want to be disturbed.”

The hostess looked a bit flustered at the sight of him. “Of course, Mr. Bello.”
​ 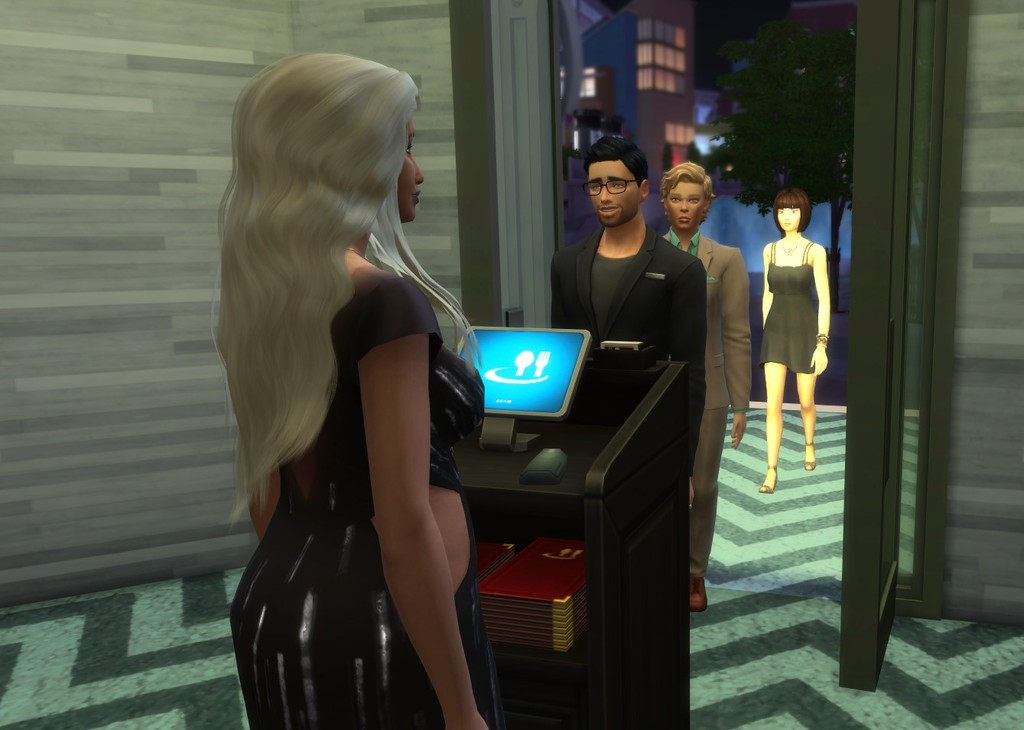 An entertainment section sprawled out with huge floor to ceiling windows overlooking the beautiful lake. This was a gorgeous place.
​ 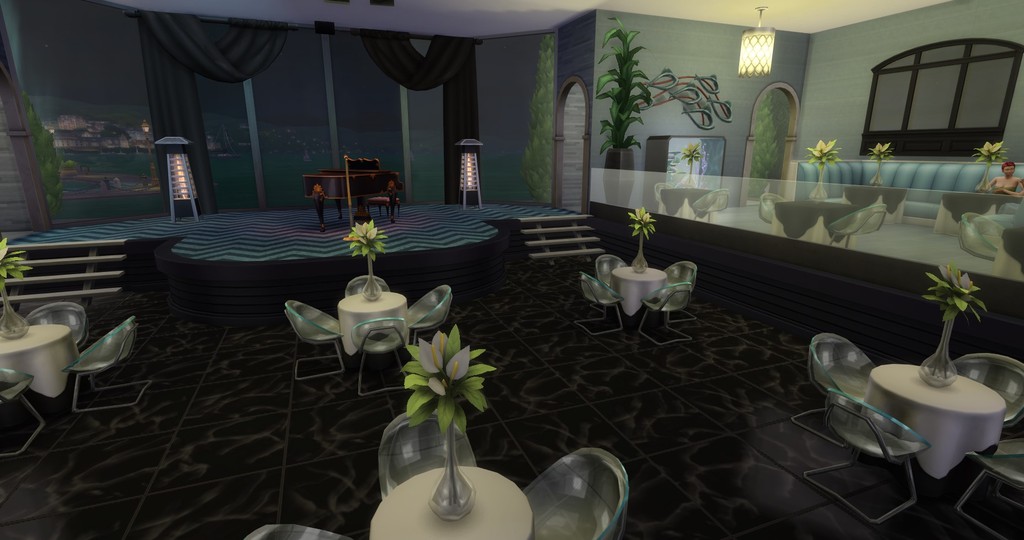 Once we settled into our seats, Marco asked, “So, you need a place to stay until Knight comes back? I spoke to Antonio. You are welcome to come to the mansion. We have plenty of room.”

The word “mansion” made me freeze. I knew what that meant. I’d have to take Antonio’s offer. “Oh? Well, I’m not sure that’ll work out for me.” I fiddled with the menu, pretending not to notice that there weren’t any prices on it.
​ 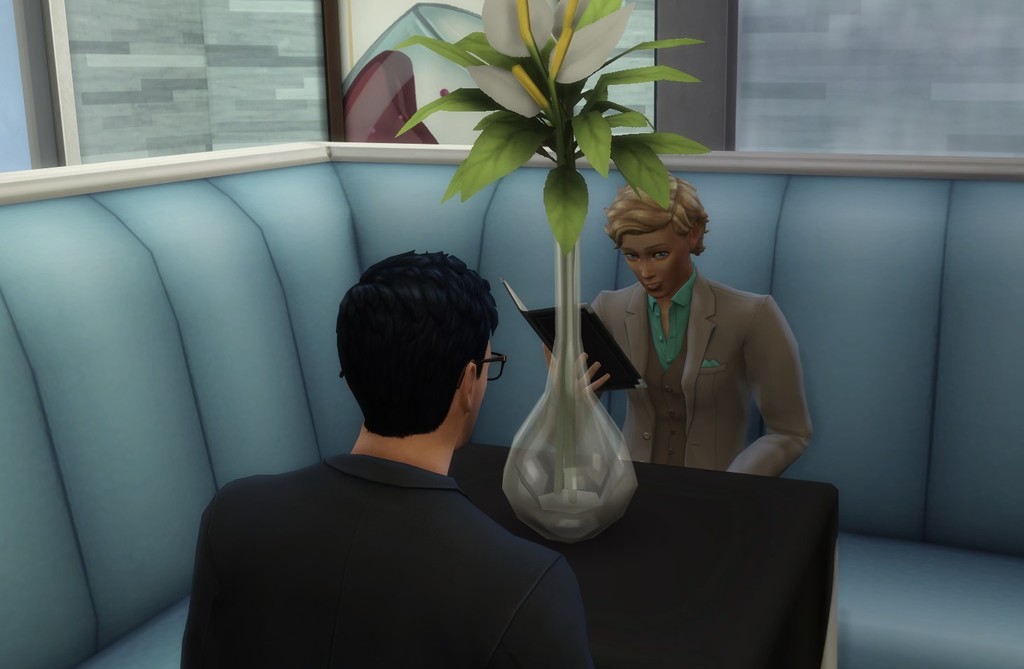 “You’ve found somewhere else to stay?” he asked with a knowing smile. He was onto me. I felt like a mouse cornered by a cat licking its lips. Why did Knight give me Marco’s number? He made me even more nervous than Antonio.
​ 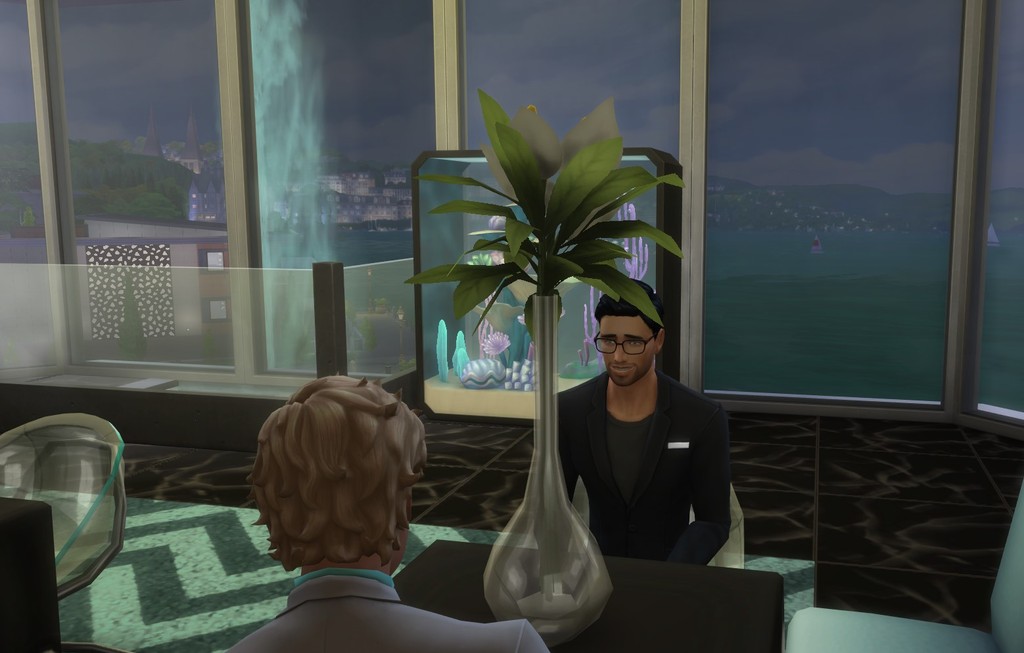 ​Glancing at the menu, casually, he went on, “Have you come to a decision about Antonio’s offer?”

I glared, not liking where this conversation was headed. “Knight told me to wait.”
​ 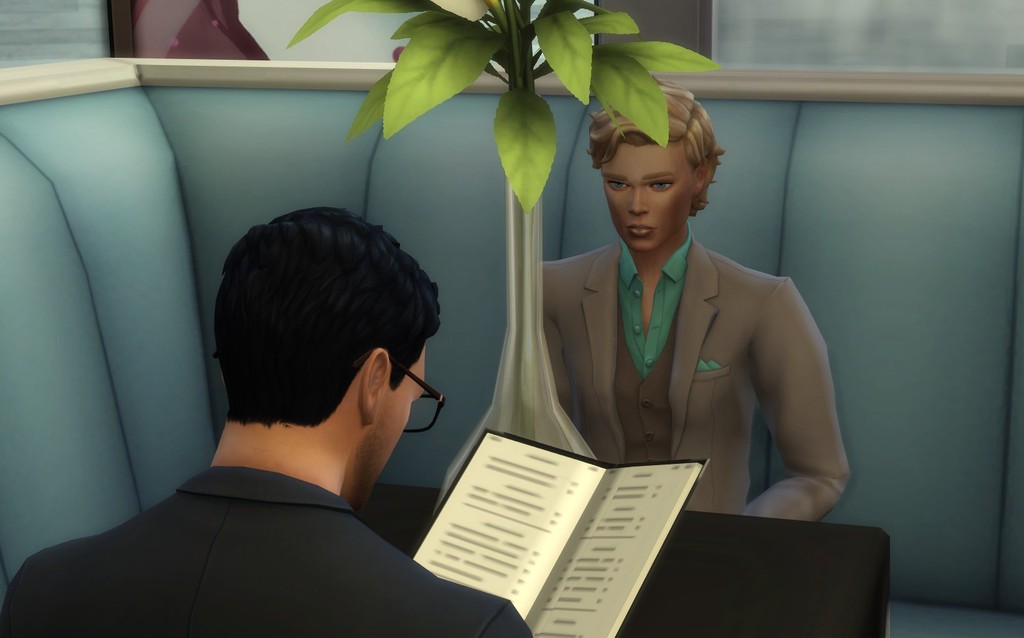 Still not looking up from the menu, he said, “Do you think that’s wise given your situation?”
​ 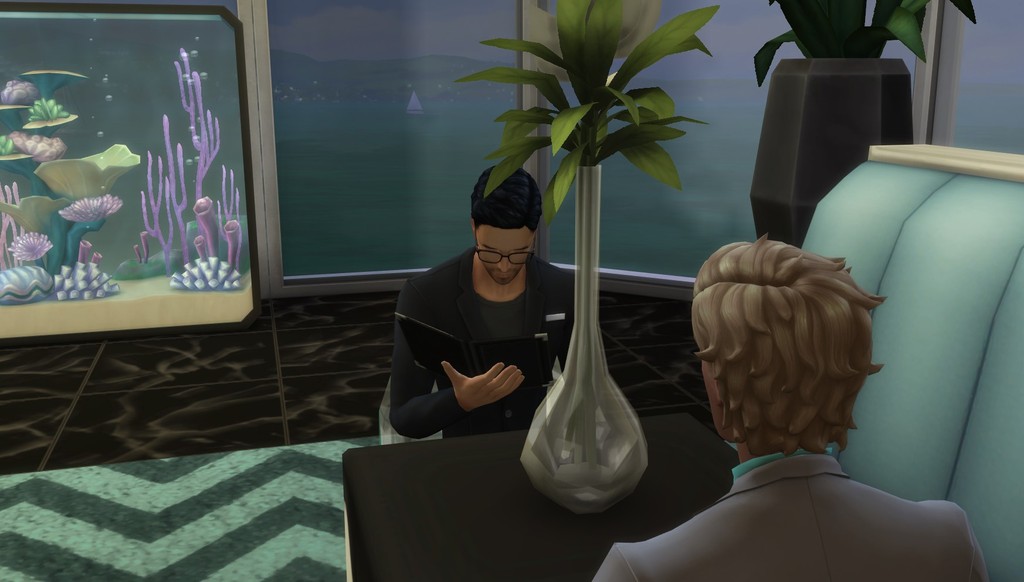 Then it clicked. “Did you threaten Mr. Lee to evict me?”
​ 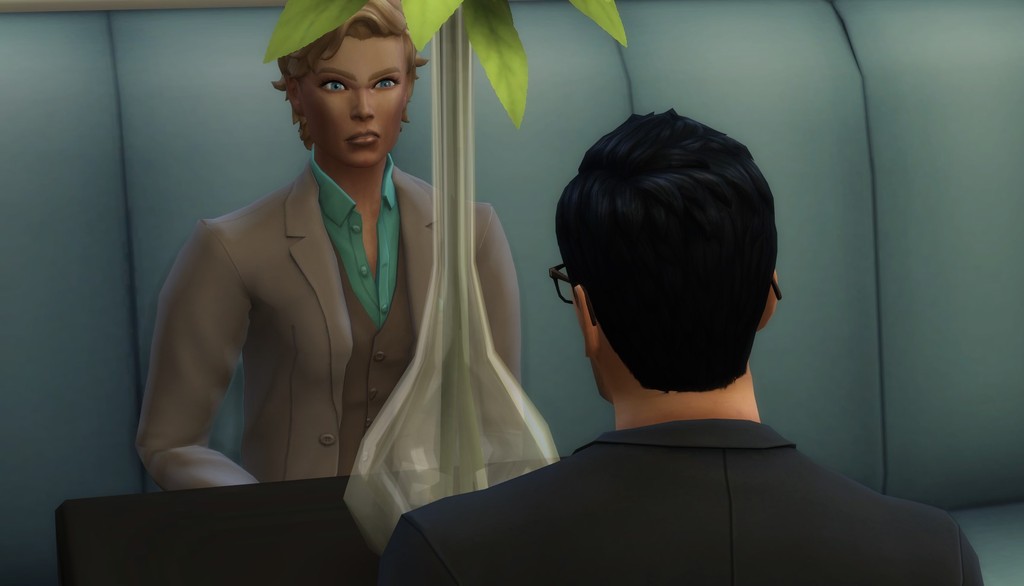 Putting down the menu, he stared into me, piercing my soul. “I know who you are.”
​ 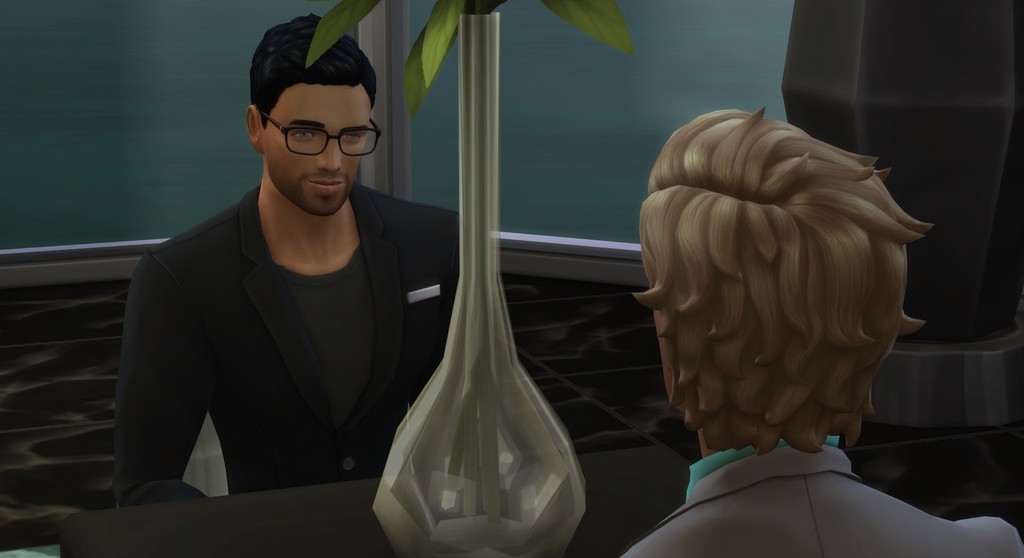 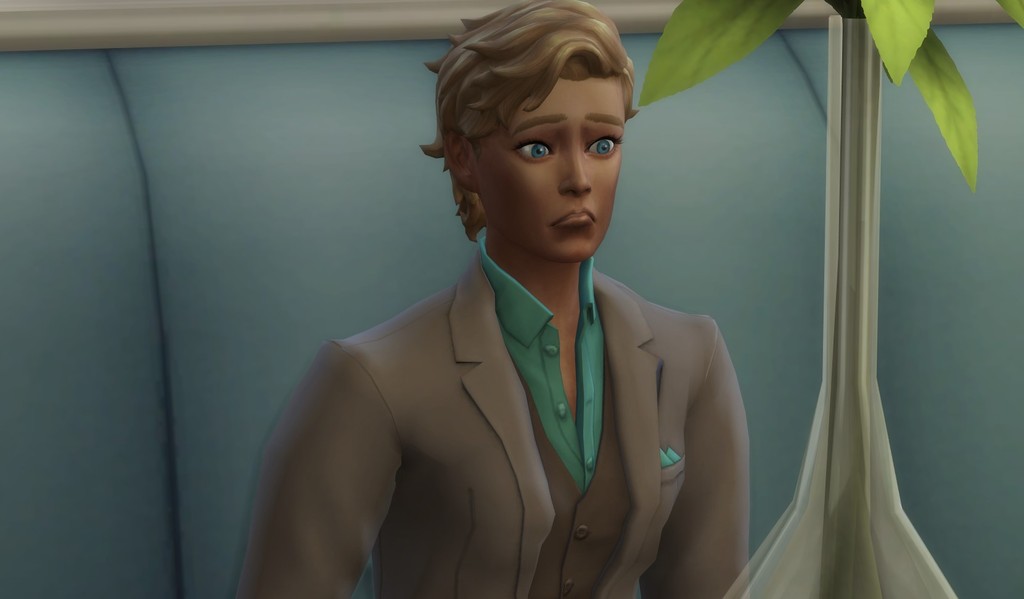 “It’s not hard to figure out. When I first met you, I thought you were a woman, but Knight and everyone else said you were a man, so I went along with it. Then Antonio told me to check you out, so I did. How you’ve gotten away with it this long is surprising. You’re all over the Internet with your past MMA bouts. You even have a Wikipedia page. What game are you playing, Miss Day?”
​ 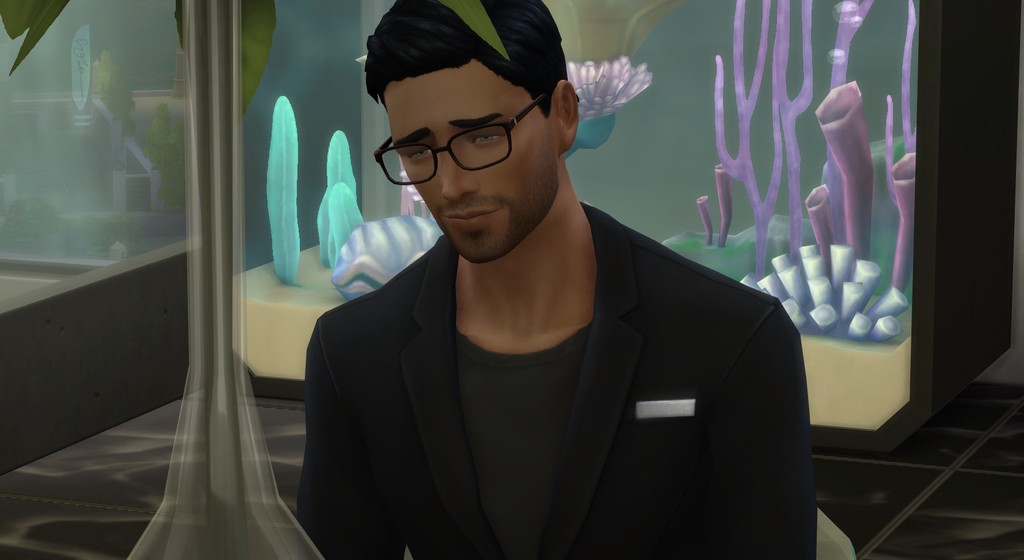 The blood rushed out of my head, making me woozy. “I-I’m not playing a game. I-It’s just most people assume I’m a man and well, that’s fine with me. It’s who I am on the inside, to be honest. I’ve always been like this. Even my sister thinks of me as her brother. If you must know, I only reveal my gender with someone who gets close to me. With Knight, I was going to tell him that first night we went to dinner, but I chickened out.”
​ 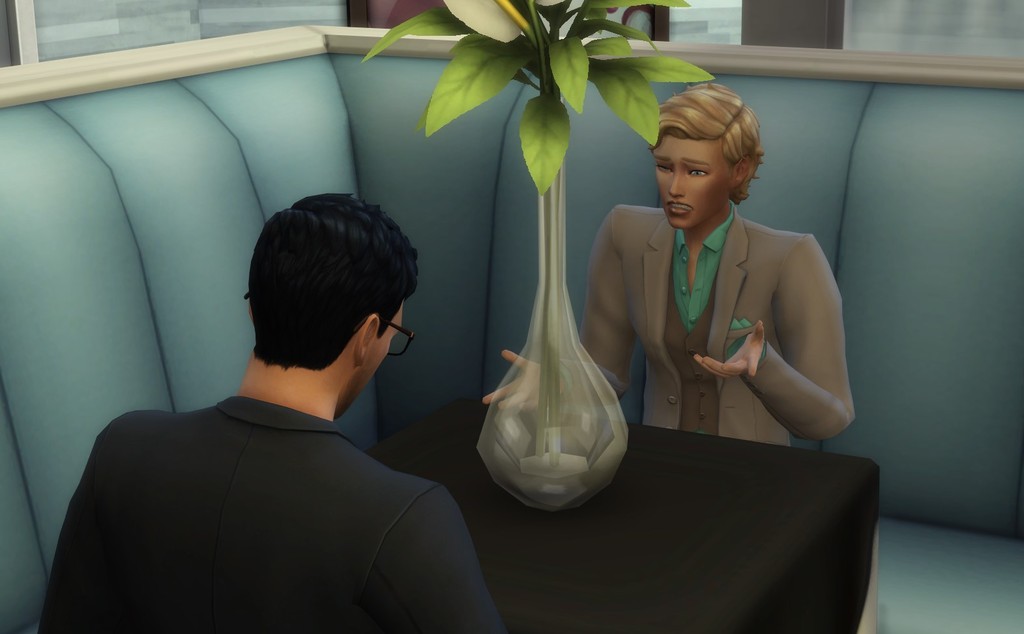 Marco stared me down. “What are you afraid of?”
​ 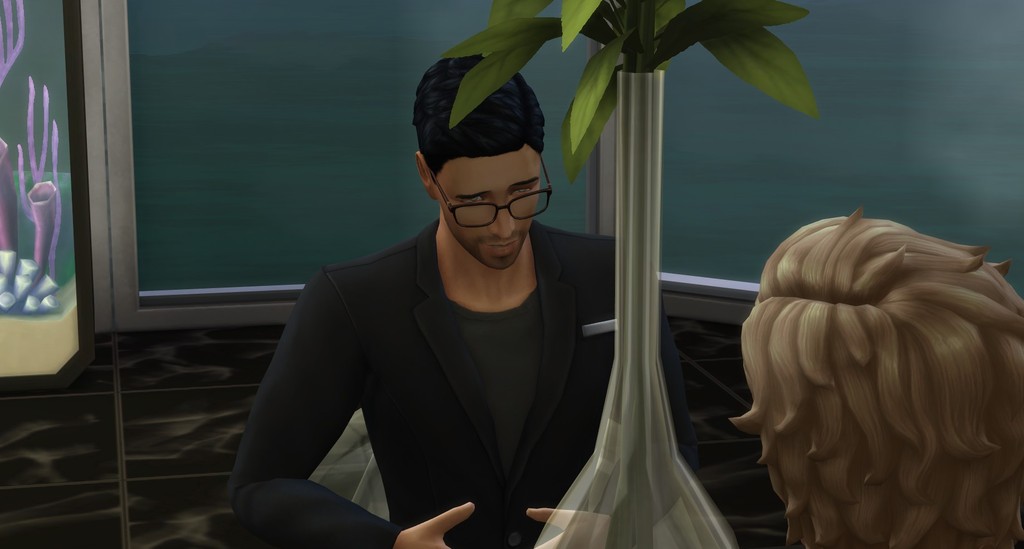 Why was I explaining myself to a total stranger? My jaw clenched. “I don’t have to defend anything to you.”
​ 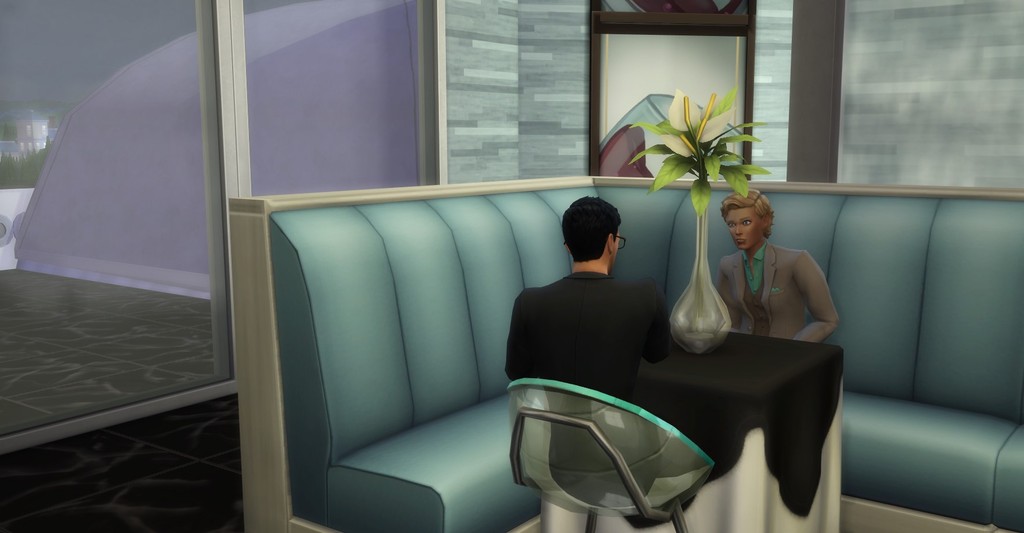 ​“Hey...don’t get offended. I’m sorry if these questions seem personal but Knight is my best friend and he’s in love. Madly in love. And he thinks you’re a guy. That means he’s...”

“Gay?” I finished. “That’s exactly what scares me.” I pulled my hand through my hair. “If you’ve gotta know, all my dating life, I usually attract gay men or women. Which is fine. I understand that because of my life choice. Unfortunately, I’m not attracted to women, so I’m left with men who want something I can’t give. Once I tell them my gender, they either bolt or stay for a little while but never very long. With Knight, things are different. He’s not gay, or so he says, but I’m beginning to believe otherwise.”

“He’s very attracted to how manly he perceives me. I think it excites him. I don’t know.”
​ 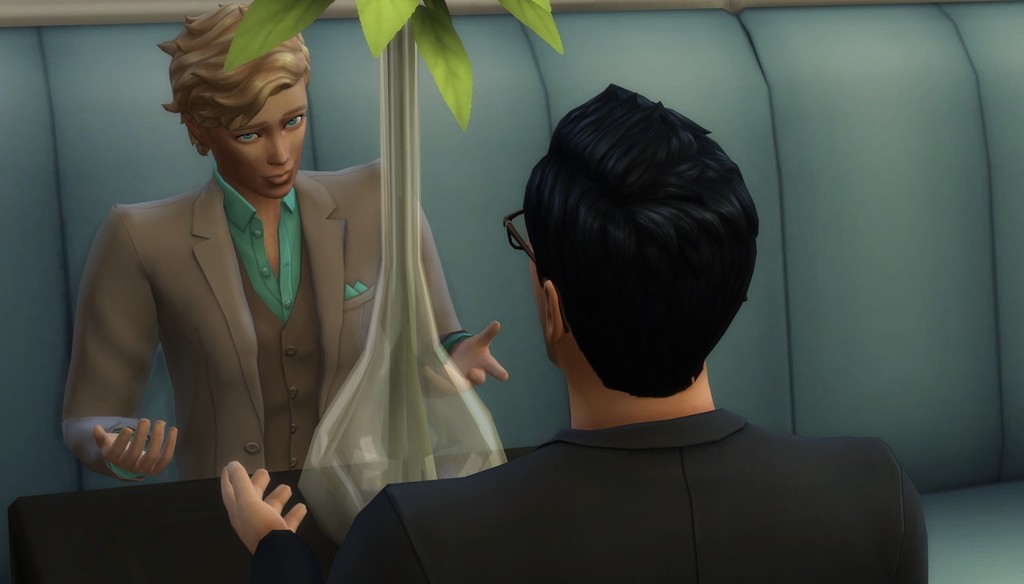 “Have you ever considered that he might just be very attracted to the femininity you possess? Your face is very womanly. Your body isn’t but I still see curves. A woman does peek out from time to time.”

I raised my eyebrows. “I’m sure it does. Listen, I am who I am and I won’t change for anyone. Not even Knight. But I’m afraid he’ll want someone who is a man in all things. I can’t give him that. But yeah...I’m going to tell him. First thing once he gets back from his trip.”

He shook his head. “Do you realize if you stay with Knight that you are putting yourself in danger?”
​ 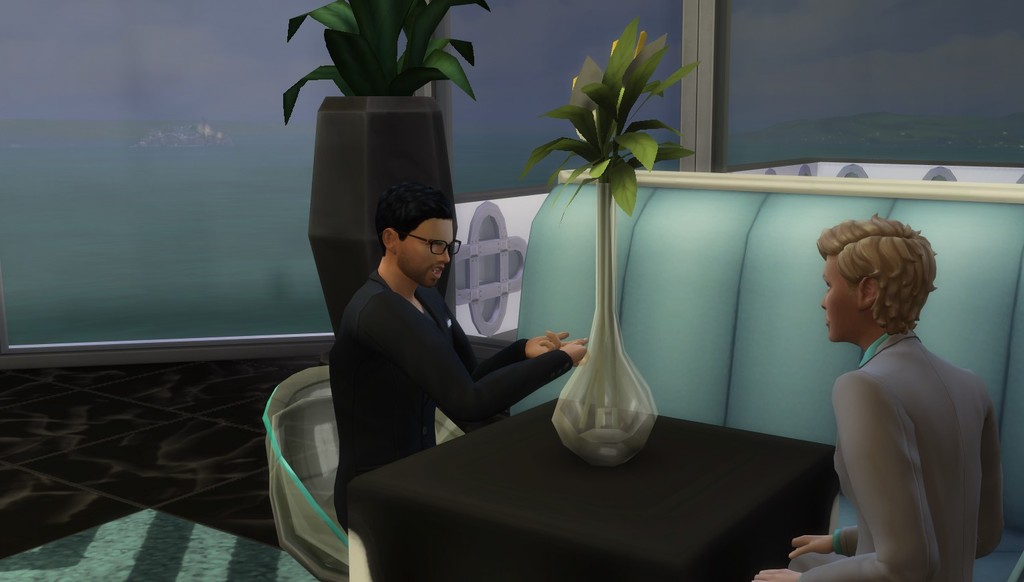 “I mean, in our organization’s line of work, things can get...messy. Someone may seek retribution against us, but they usually don’t if they are under Antonio’s protection. If you’re on the outside, you will become a target sooner or later. Does that make sense?”

My eyes widened. “What are you? The mafia?”

Chuckling, he said, “No...but we are an underground organization, working contracts for the government. Everything is classified so I can’t tell you more. That is, unless you join us. It’s a noble cause, I can say that, at least. Sort of like the Navy Seals or the Army Rangers except it’s way more covert.

“But Antonio Richardson is old school. A real sexist. He wouldn’t respect you as much if he ever found out you’re a woman. I’d advise you to stay acting as a man for as long as you can. Have you ever thought about surgery?”
​ 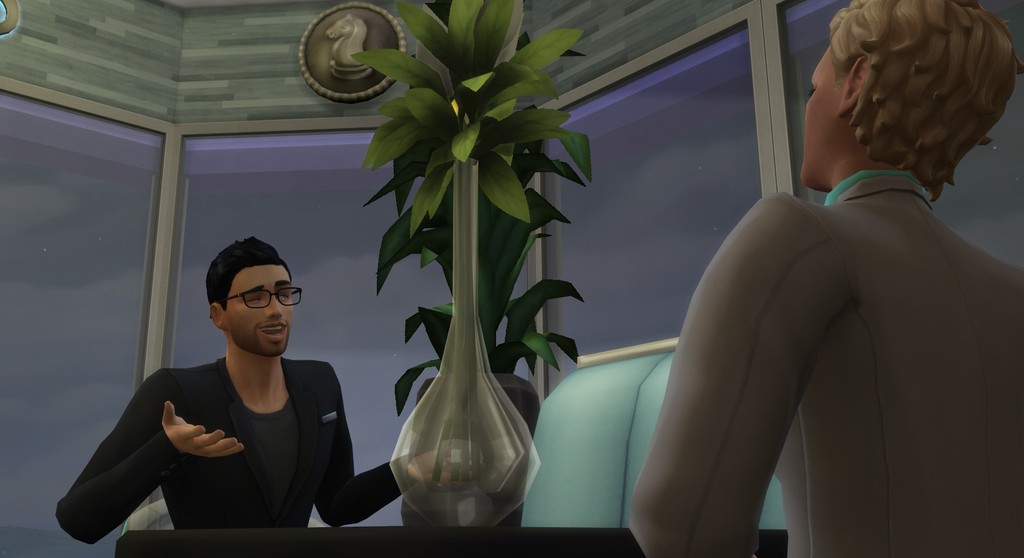 I couldn’t believe I was sitting here discussing my genitals with a man I hardly knew. “Did you seriously just ask me that? I think this conversation’s over.”
​ 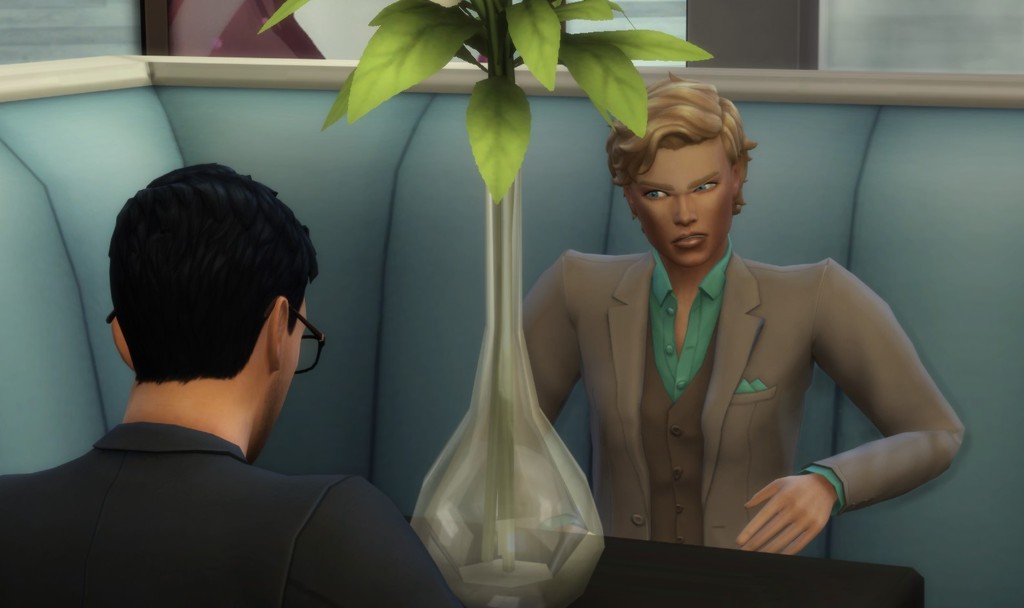 “Whoa there! Sorry. I guess I’m being too direct, but it’s a valid question don’t you think? I mean, you’re already living as a guy. Why not go all the way?”

“First of all, I like who I am. I had to go through hours upon hours of counseling just to get me to this place. I don’t need some jerk like you to drag me in the mud again.” I raised my hands in frustration. “You know, this reaction is exactly why I hide myself from people. You think because I look and act like a guy, I have to get a fake dick and truly become a guy. Hell, I knew getting mixed up with Knight would turn out like this.”
​ 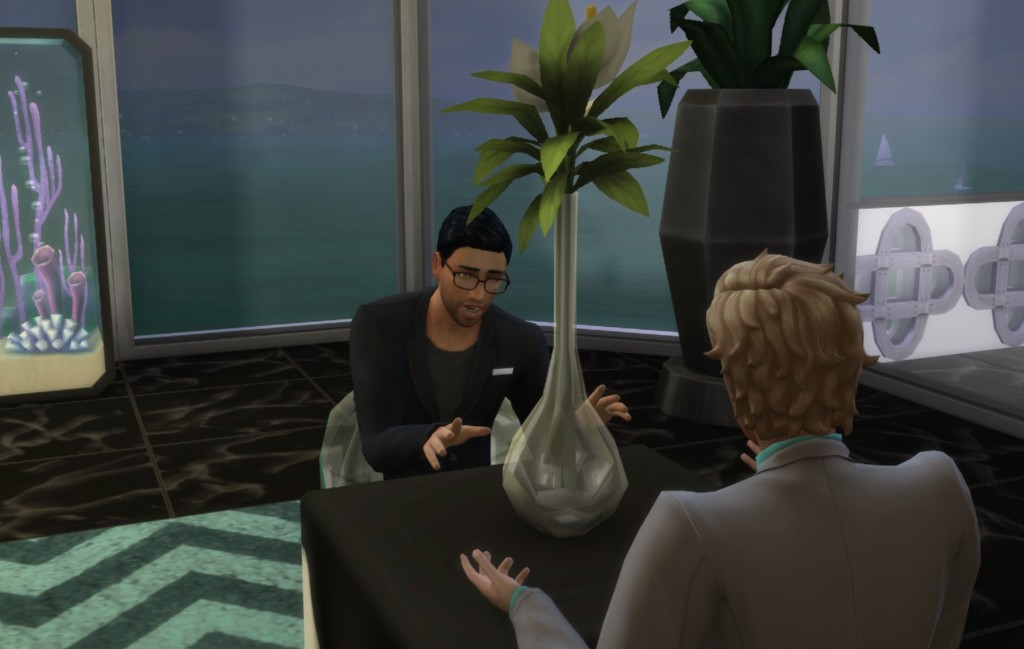 I stood up and stalked over to the window, trying to quell my anger. I was about to punch him out, but that wouldn’t help. And although I was offended by his words, it wasn’t like I hadn’t thought about it hundreds of times. Surgery and hormones would make my life easier.
​ 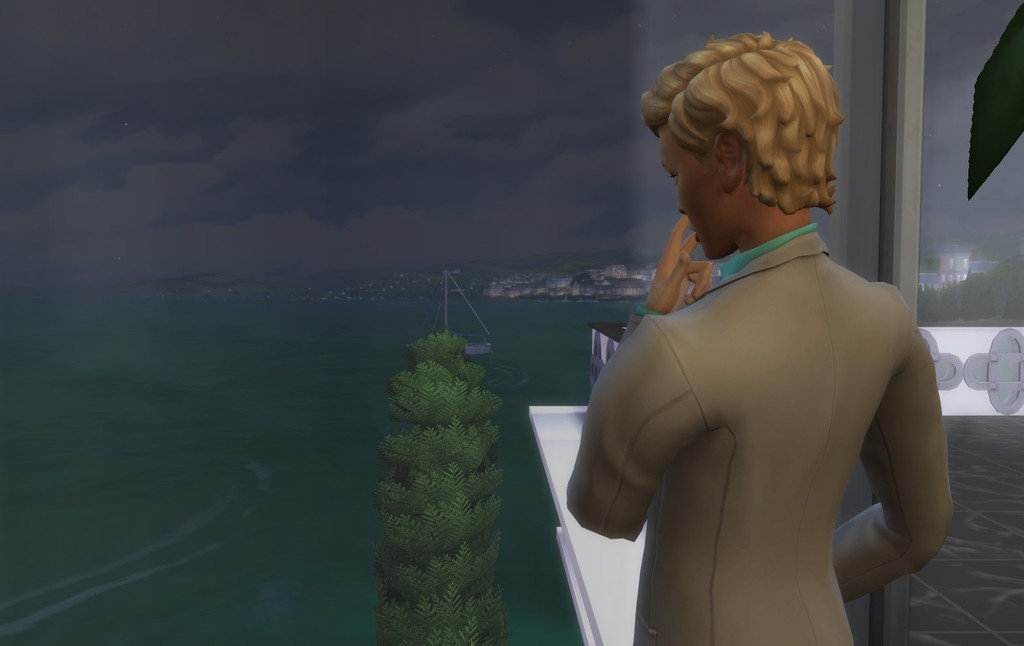 Marco walked over to me, pulling at his collar. “Listen, Alex, I’m sorry. I really am. It was a touchy subject and I handled it badly. Can we start over?” 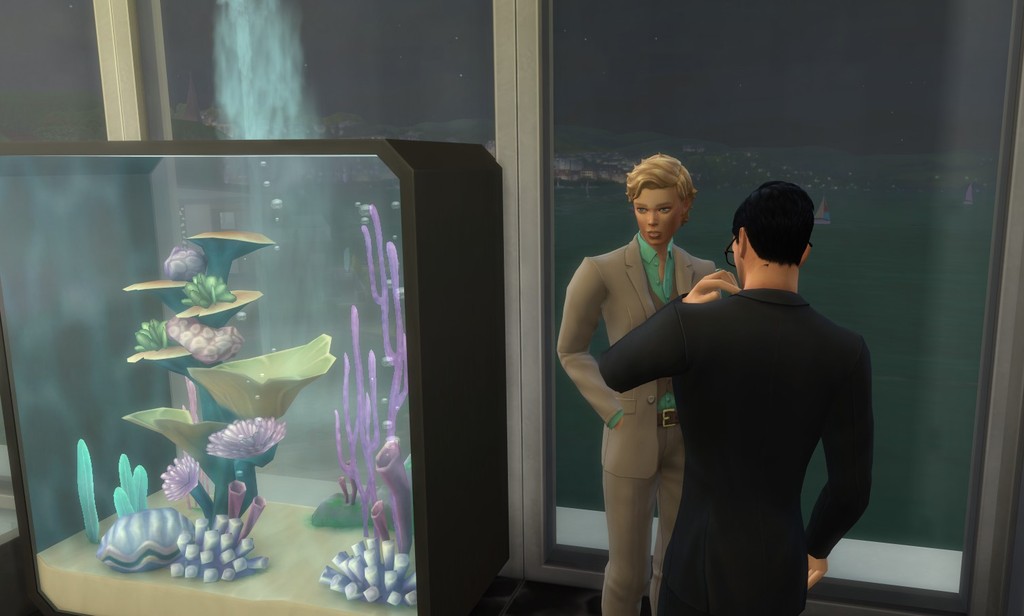 He scratched his neck. “Yeah...I get it. I promise I won’t say anything, okay? Also, the offer of staying at the mansion stands. Anytime.”

“Thanks,” I said, feeling like someone else was talking. Marco wasn’t going to do anything but lead me straight to Antonio and whatever covert operations they were doing. I had to figure out something else.
​ 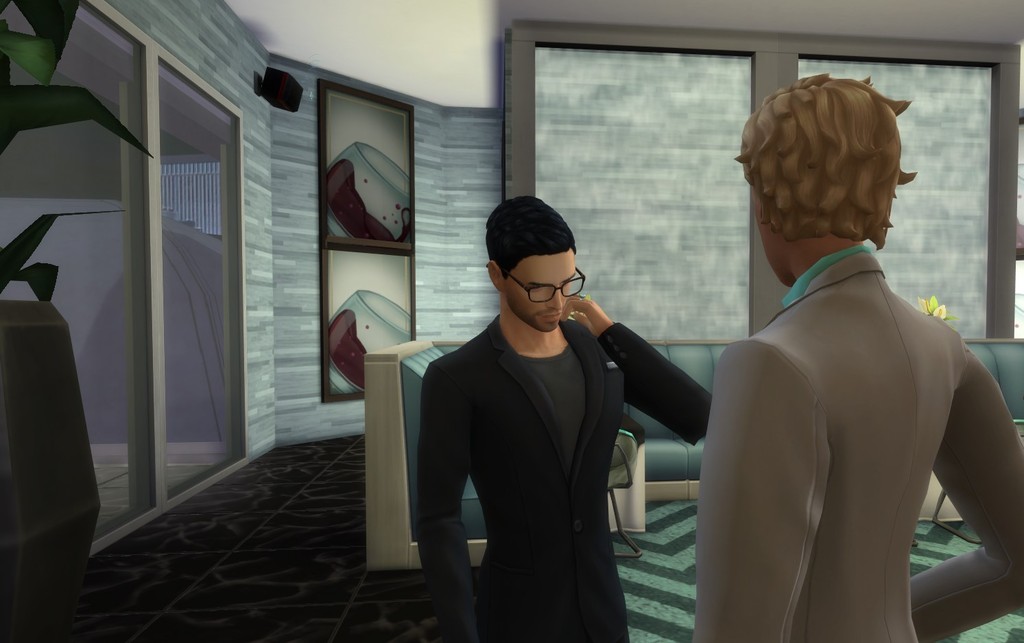 Author's note: I wanted to give a special shout out and thank you to the amazing designer, RABOOSKI ! She thought up and designed Knight's restaurant. This gorgeous place earned her a MAXIS recommendation and favorite. It has over 1200 downloads already. If you want it, click here: KNIGHT'S.
Powered by