Okay, I’ll admit that I wasn’t in the best mood when I arrived at the meeting point in San Myshuno. Once I saw Alex, raw feelings of anger just poured over me. It was the anniversary of our wedding date that should have happened eight years ago. I was always in a bad mood during that week every year. But I wondered if he’d planned this. The irony was beyond infuriating. I kept thinking over and over that I shouldn’t have been lonely right now. That we should have had a family and all the emotions I thought had been flushed from me surfaced without warning.

“Hi, Knight,” Alex said, softly with a kind smile. “Thanks for coming.”

That only annoyed me more. He was looking great, as usual. The years made him even more handsome. But worse than that, I was accosted by his face everywhere I went on the way to the cinema and that provoked me.

I grunted then looked away.
​ 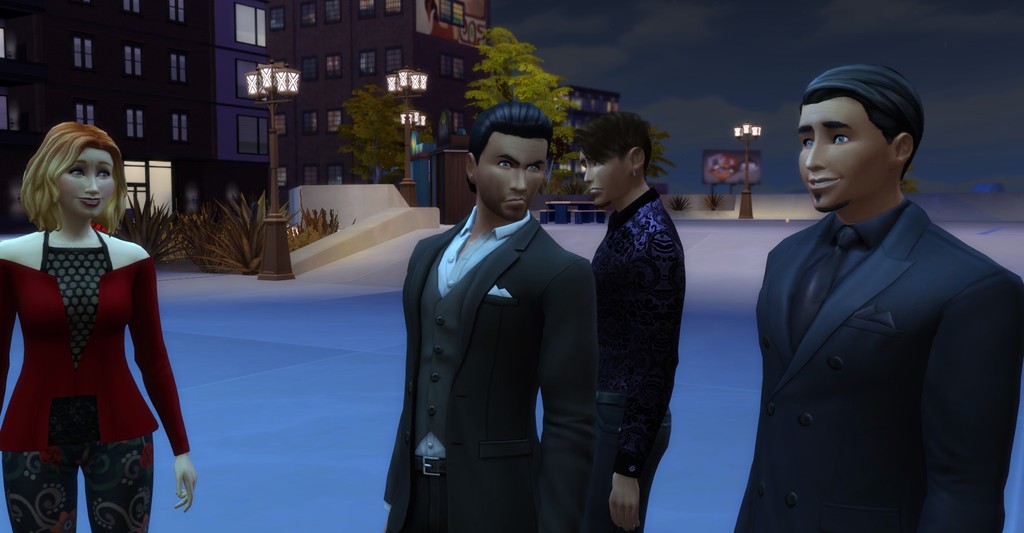 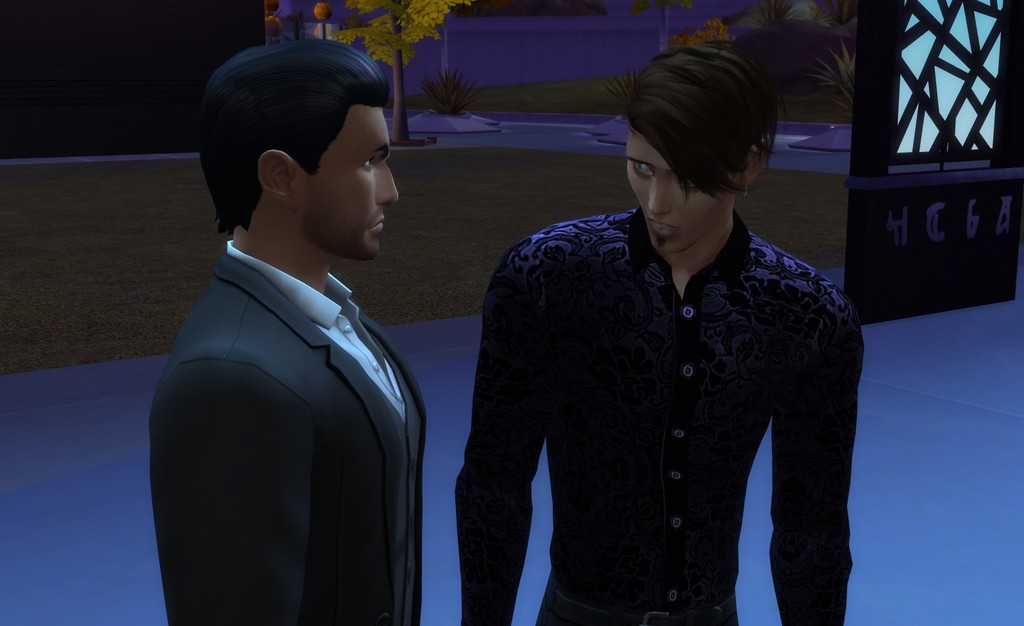 “I don’t know, Alex. I mean, do you even know what today is?” I couldn’t believe I'd asked him that. He’d obviously didn’t even know or care.
​ 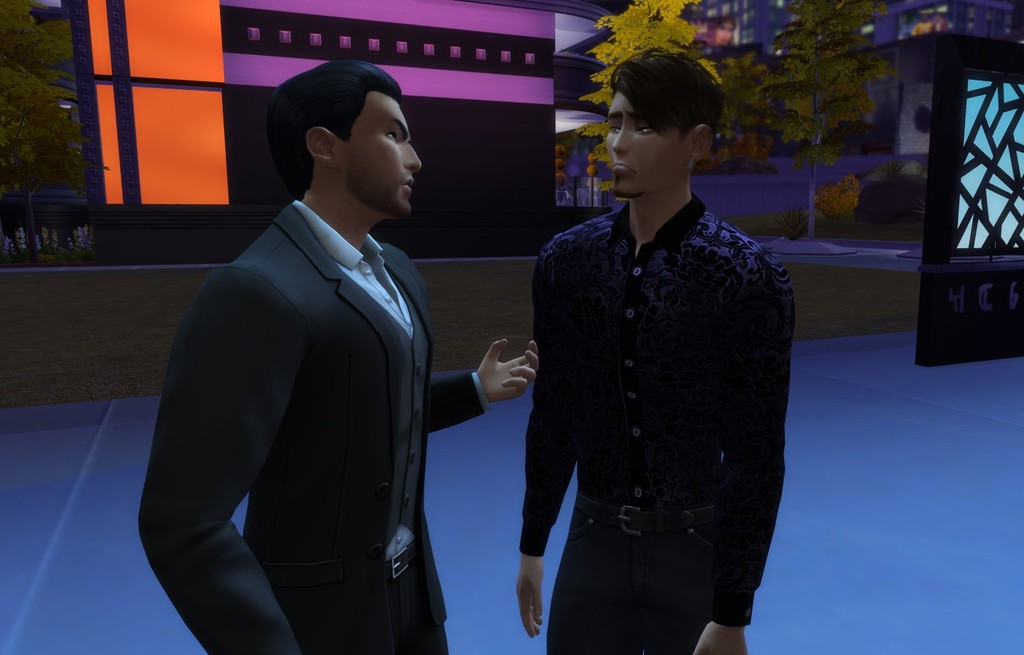 Shoulders caving, Alex said, “I didn’t plan it that way, Knight. Of course I know what today is...and I’m sorry it’s upsetting you. Look, if you don’t want to be here right now, I’ll understand.”
​ 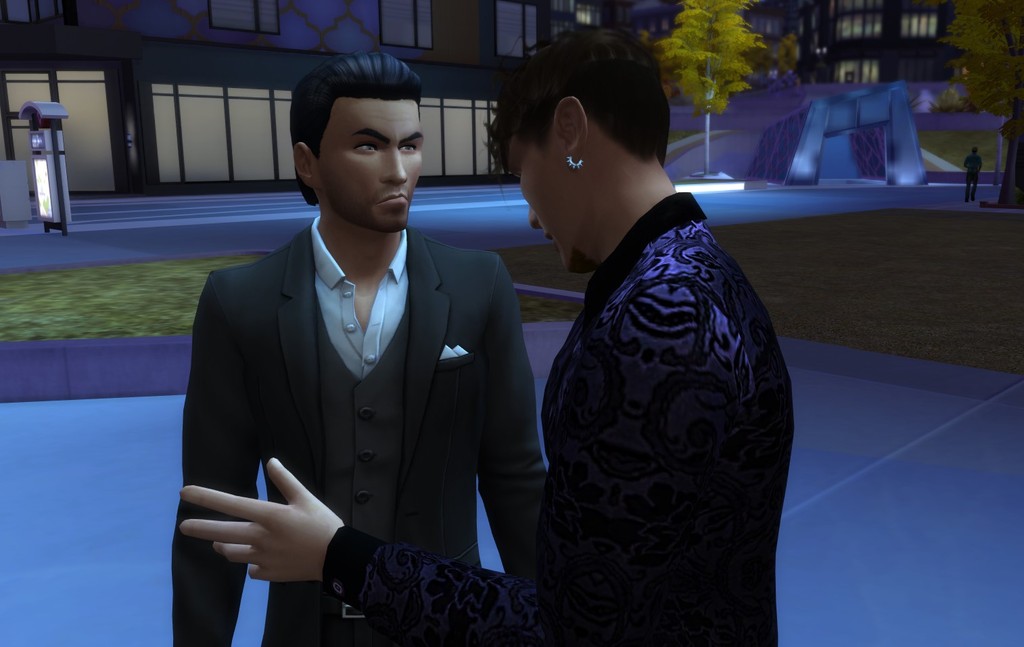 Jianna shot up behind Alex and said, “Oh, no, Alex. He’s not getting away that easily. He made a promise to me. Right, Knight?”
​ 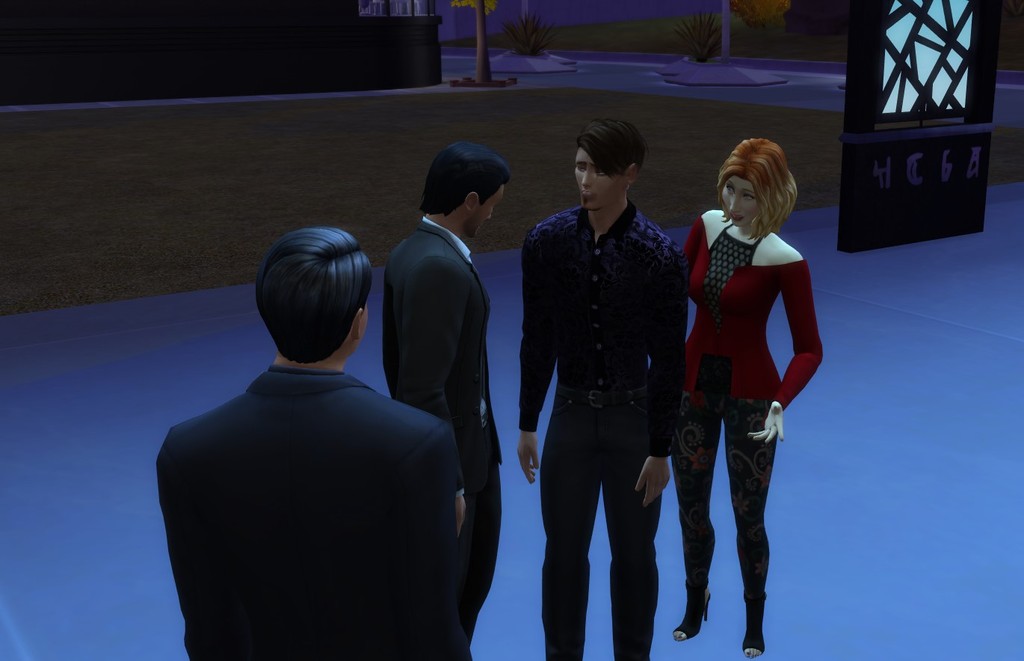 Blocked by Jianna, I threw my hands in my pockets and said, “Let’s go.” I knew I was being a huge dick, but I couldn’t help it. I hated everything about my situation in life and the reason for my misery was Alex.

As soon as we rounded the corner, a gigantic sign of Alex’s face loomed over us.
​ 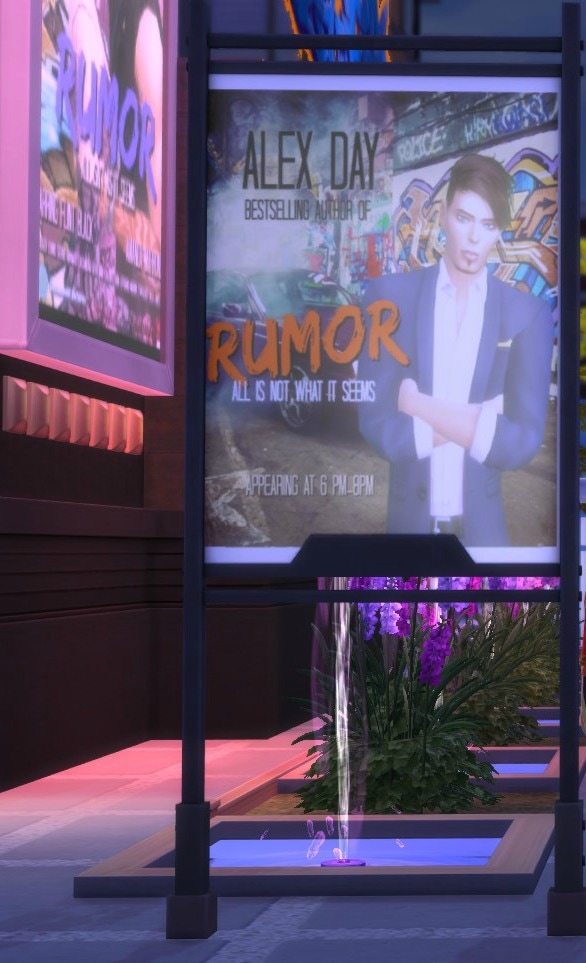 Covering his eyes, Alex said, “Man, Jianna, do these signs have to be that big?”

“What? I think you look great!” Jianna said. I could tell she was trying to lighten the mood. It wasn’t working.

“I agree, Jianna,” Pops offered. “Alex, you should be proud. I’ve heard there is going to be a huge turnout for this movie. It’s highly anticipated.”
​ 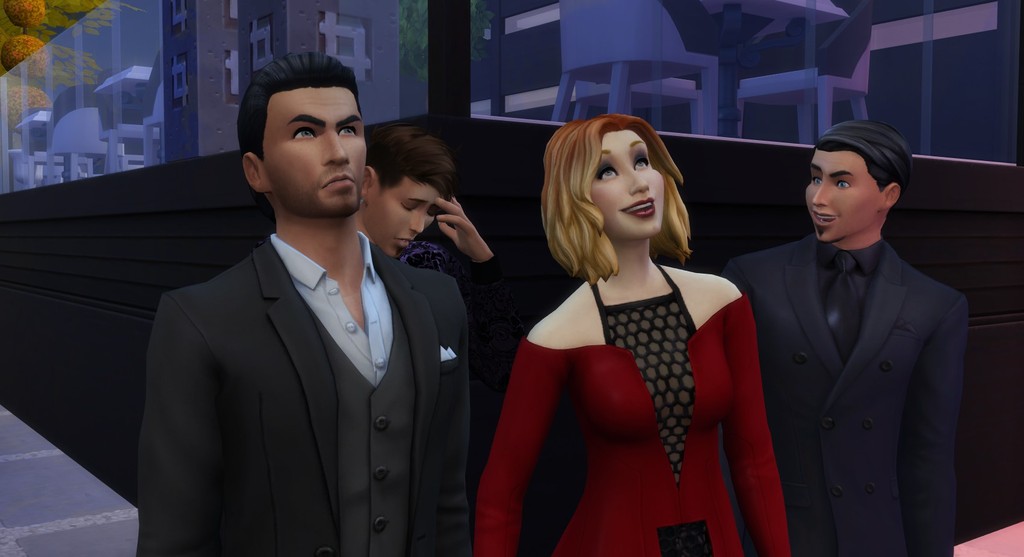 Well, it was definitely the marquis movie at that cinema anyway. His movie poster was at least five times as big as everyone else’s. I guessed that was because Alex was going to be here tonight. I worried there were going to be rabid fans. I wasn’t looking forward to that.
​ 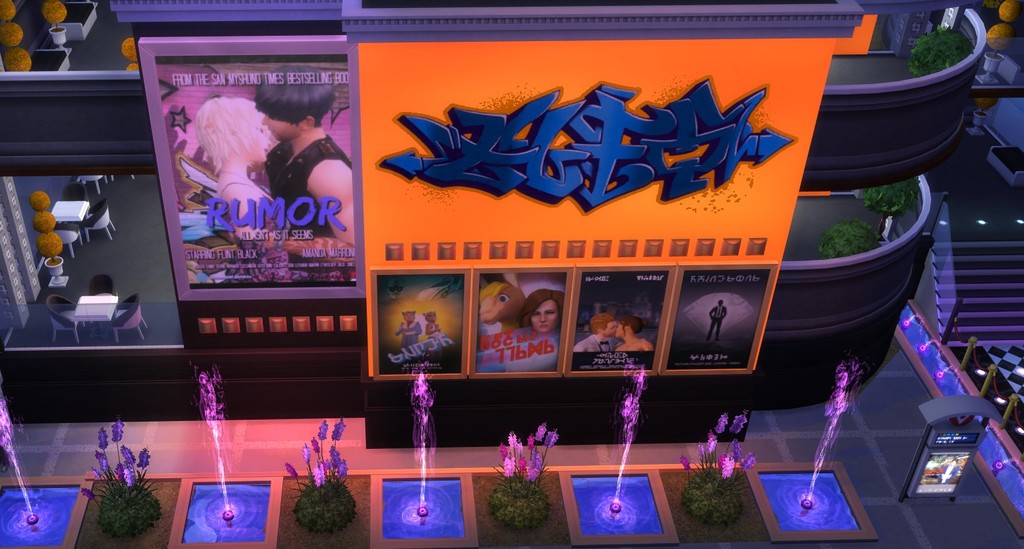 And that’s exactly what happened. The area was roped off and security guards made it to where the masses could congregate on one side. Mostly teens were cheering once Alex entered the red carpet. I didn’t know why but I hated the attention he was getting. I wasn’t jealous of him. I certainly would dislike all the fuss, but I wanted everything to be quiet and here I was going to end up on some celebrity site as one of Alex’s “boy toys”.
​ 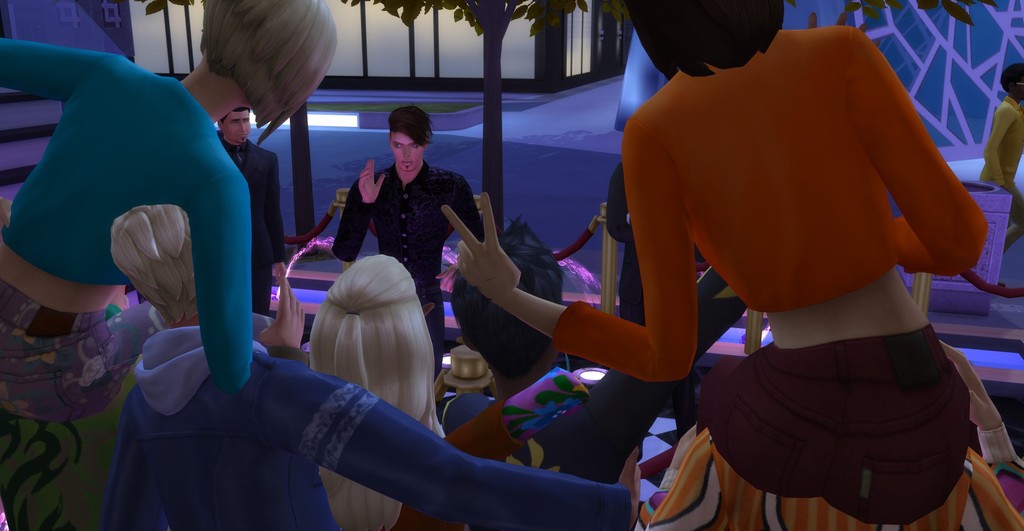 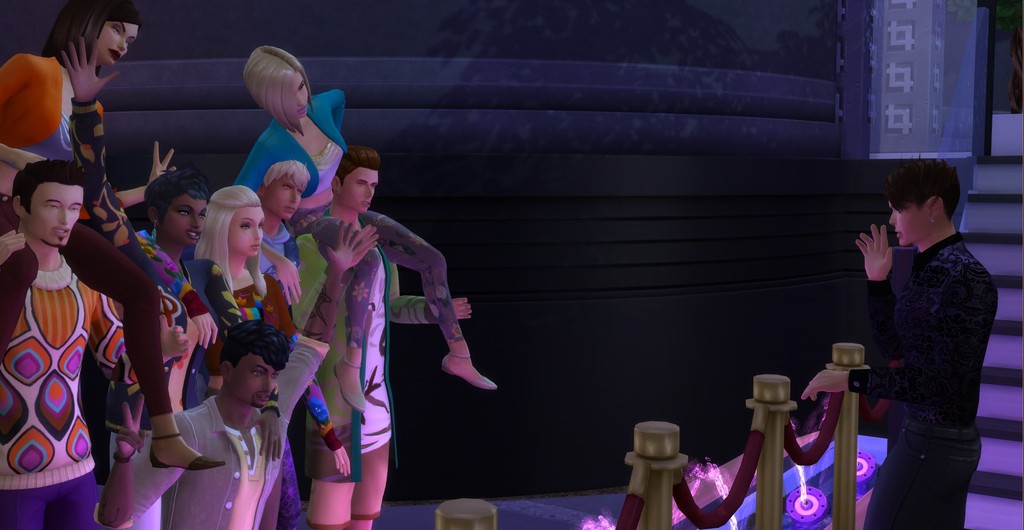 Crossing my arms in disgust, I tried to make the world know I didn’t want to be there.
​ 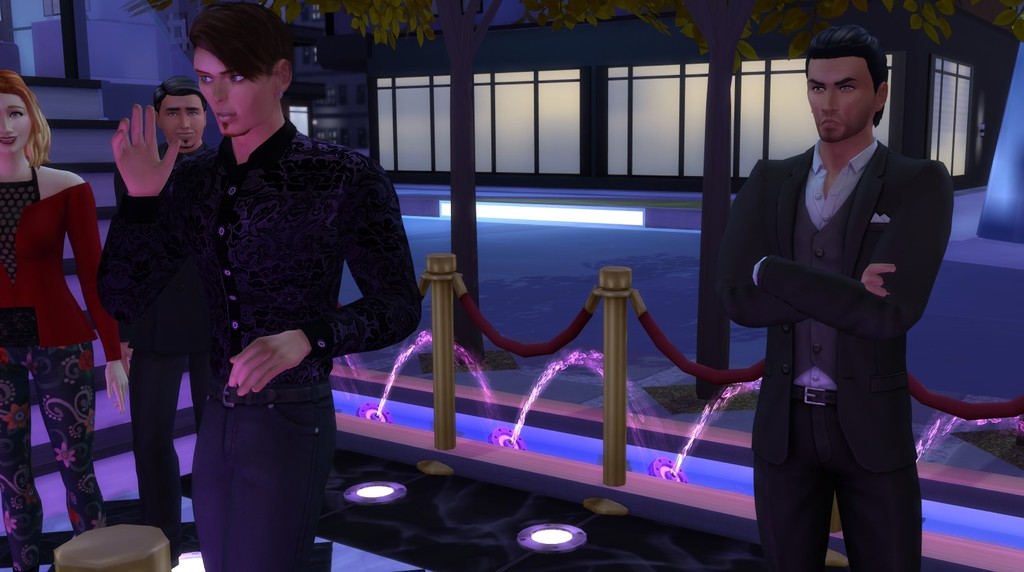 Entering the theater along with other celebrities, Alex and I were ushered to the best seats in the place. I tried not to sit too close to him. I just wanted to get it over with and go home.

I had no clue what the movie was going to be about. I’d read that it followed a transgendered woman who’d met a heterosexual man. I steeled myself for a journey back in time to when Alex and I dated. No doubt he probably used our relationship as plot. It could have easily made many soap operas.
​ 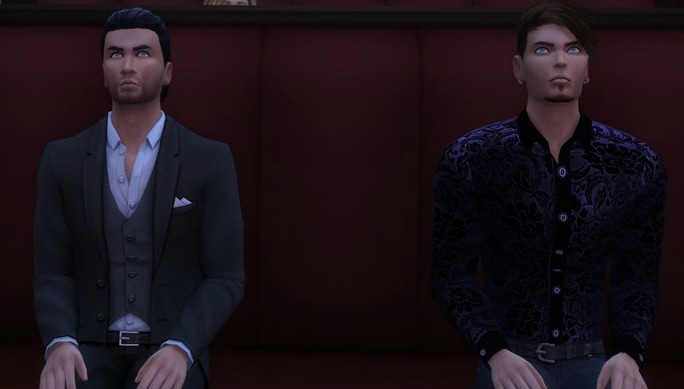 But I was pleasantly surprised that it didn’t mirror Alex’s life. The transgendered woman did have some of the issues Alex did with self-loathing and harassment by others, but she didn’t have a wicked mother nor did she have any qualities like Alex at all. In fact, the man did remind me of Alex—he was a professional MMA fighter but with a propensity for violence and joined a gang. The woman (Alicia) helped him come out of it.

The plot and characters swept me into their world, and I hardly noticed Alex was even sitting by me. I truly was enjoying the story—it had a lot of action and even some mystery, which force me on the edge of my seat a lot of the time. So different from what I thought it was going to be.

But then the climax hit me hard. The main character, Alicia, suffered a traumatic event where she was almost raped by some of the former gang members. The man, Trevor, saved her, just like what happened with me and Alex. Alicia left him, too, but Trevor found her and convinced her to stay. Over the following weeks, Alicia pitched herself into a downward spiral of self-destructive behavior--drugs, self-mutilation, and many sexual partners, until finally, she fled. Then Trevor found her in an alleyway. 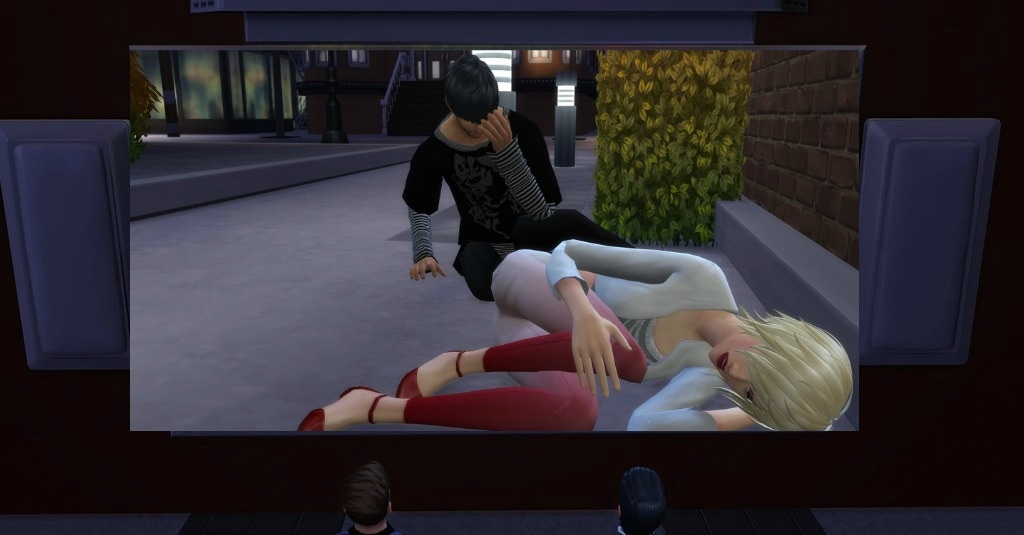 When that happened, my stomach clenched, unbelieving she’d actually do that. That she was so depressed, she hated life, and that she didn’t get the help she needed. Trevor swept her illness under the rug and wanted so much to go back to the way things were before the attack. 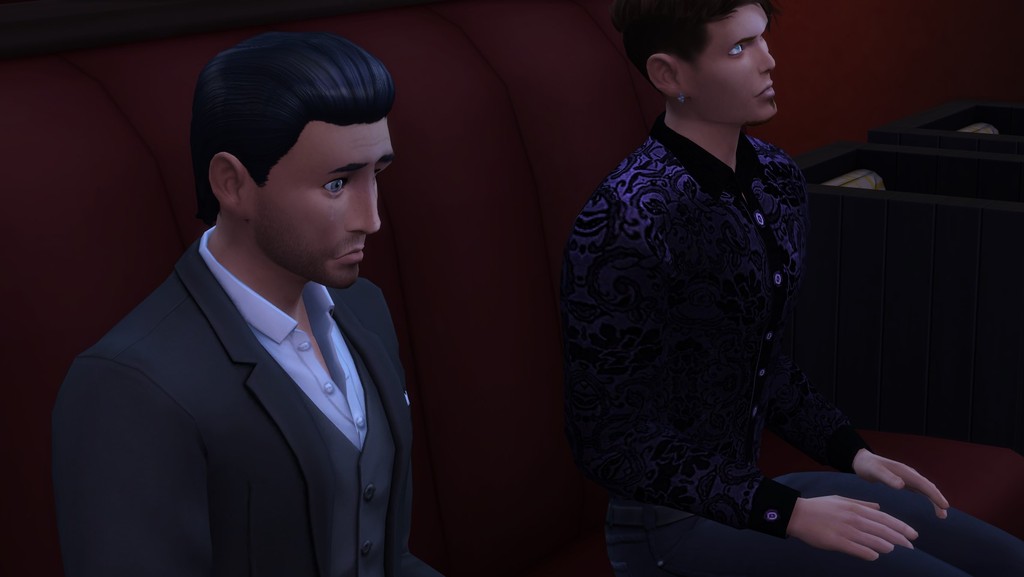 Watching the man scream that he’d lost his only love, all the blood rushed out of my head as I felt tears pinch the back of my eyes.
​ 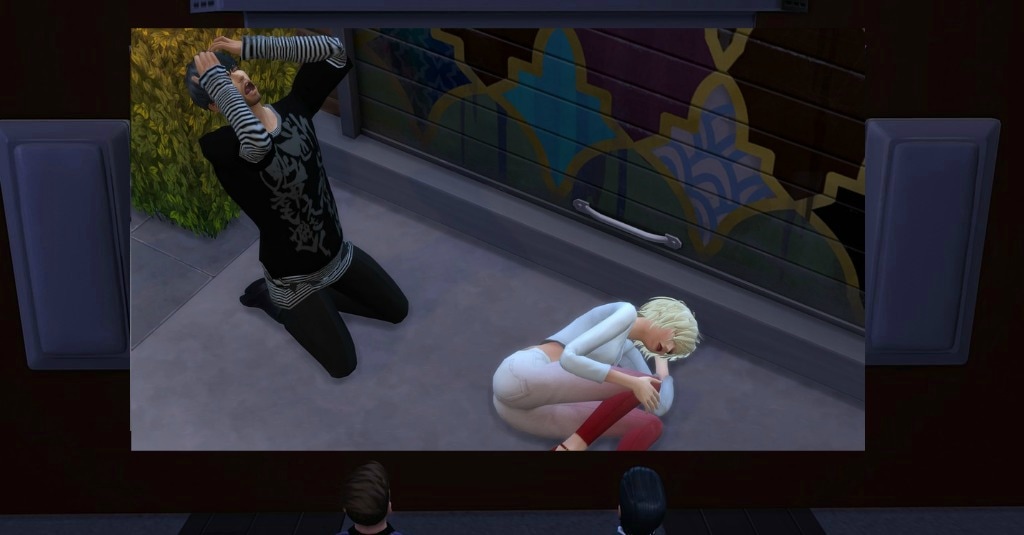 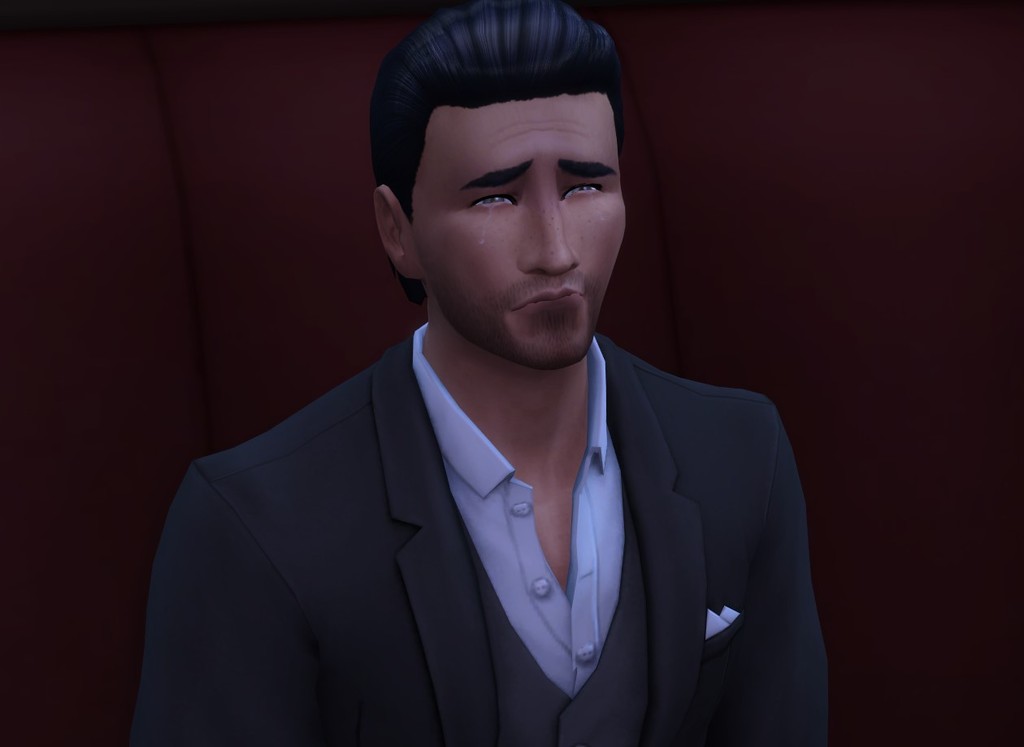 A hush fell over the audience as the movie wrapped up. It ended with Trevor going on a campaign to help other transgendered people and to get the word out about abuses in our culture. It did have a hopeful ending, but it left me wounded, raw, and exceedingly guilty.

When we moved out the theater doors, Alex filled in the silence that enveloped us. “I hope you liked it, Knight. I know it was a little intense, but I think it’s up for a Sim Academy award. The director did such a great job.”

My mind kept going back to the man wailing over his soulmate’s death and guilt hounded me like an angry wolf.
​ 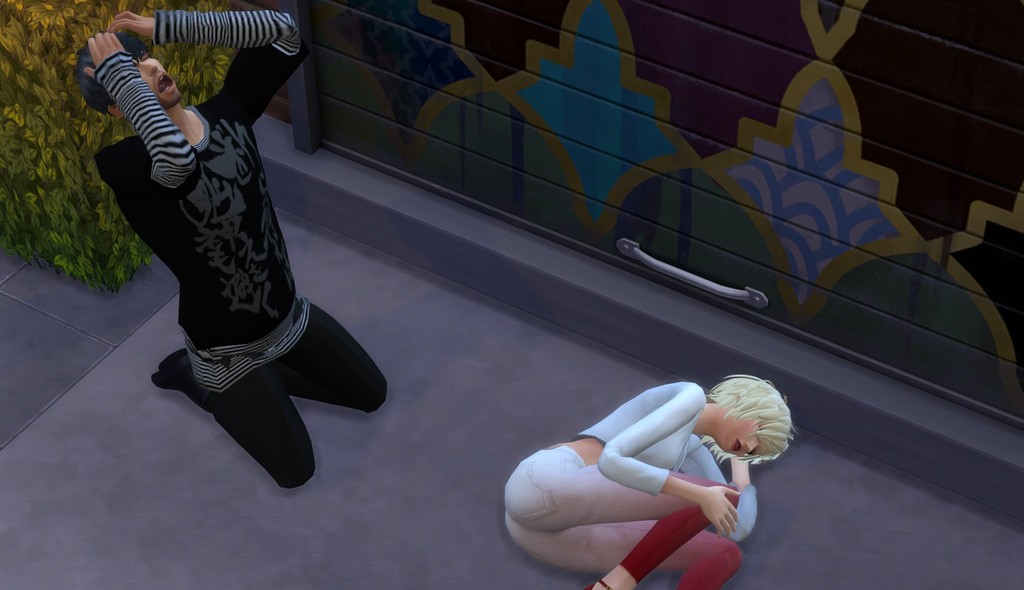 My misery wasn’t Alex’s fault. None of it. I was just too stupid to realize he needed time to heal, and then I was so impatient, I just wanted to move on and hate him for it.

When he came back that first time, I should have jumped at the chance. But I was too arrogant and still hurt. Even Grayson knew Alex was a threat. Why wasn’t I honest with myself even back then?

“Alex,” my voice was just above a whisper, “could we go somewhere and talk?”

Putting his hands in his pockets, he said, “Uh...sure. There’s a park right across the street. We could go there.”
​ 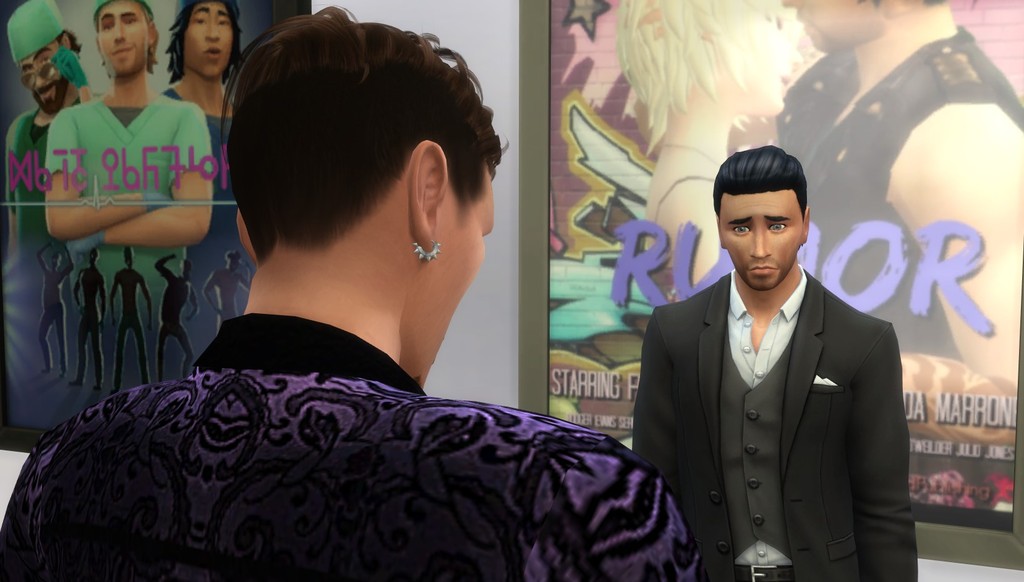 I didn’t speak to him on the walk there. If I did, I knew I’d break down. It was hard enough to keep the tears from flowing. I rubbed my eyes, trying hard not to cry in front of him.

Alex stopped in the middle of the park and asked, “What did you want to talk about?”

I couldn’t hold on any longer. In a rush of emotion, I grabbed onto him and sniffed. Then I whispered, “I’m sorry.”
​ 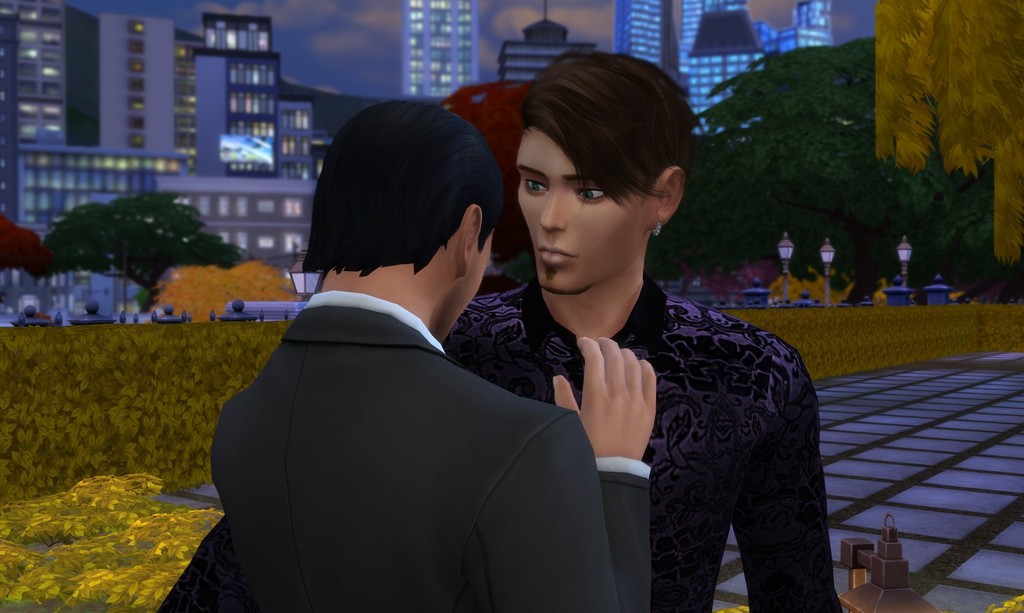 I went on, smelling his comforting scent that I’d craved for the last eight years, “I’m so sorry for everything. For being such an asshole. An insensitive jerk. Can you ever forgive me?”
​ 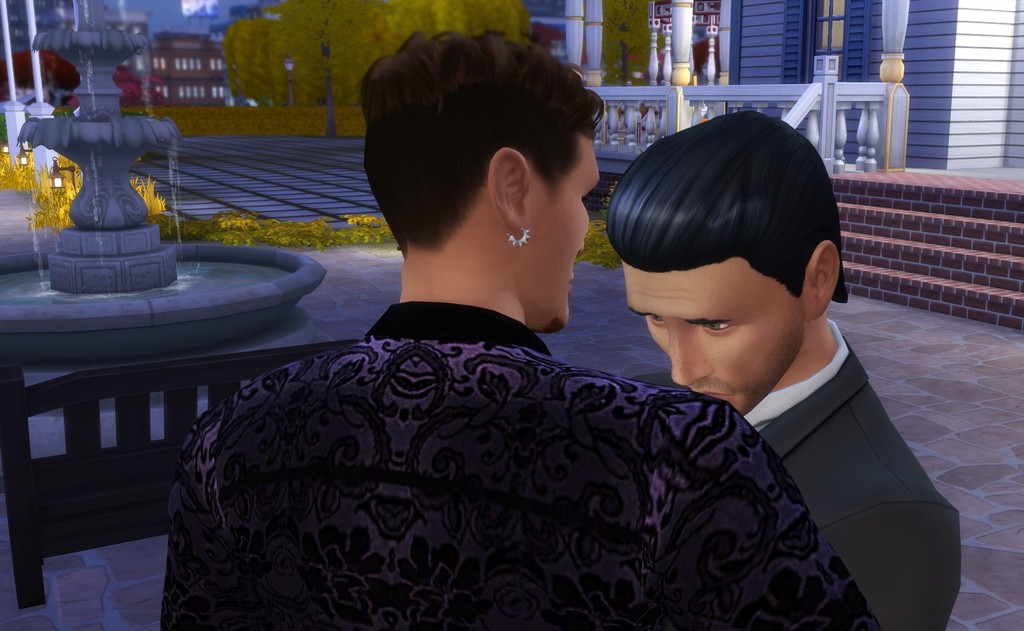 Stroking my hair, he raised my chin. “God, you don’t know how happy I am to hear that, Knight. Do you forgive me then? Really?”
​ 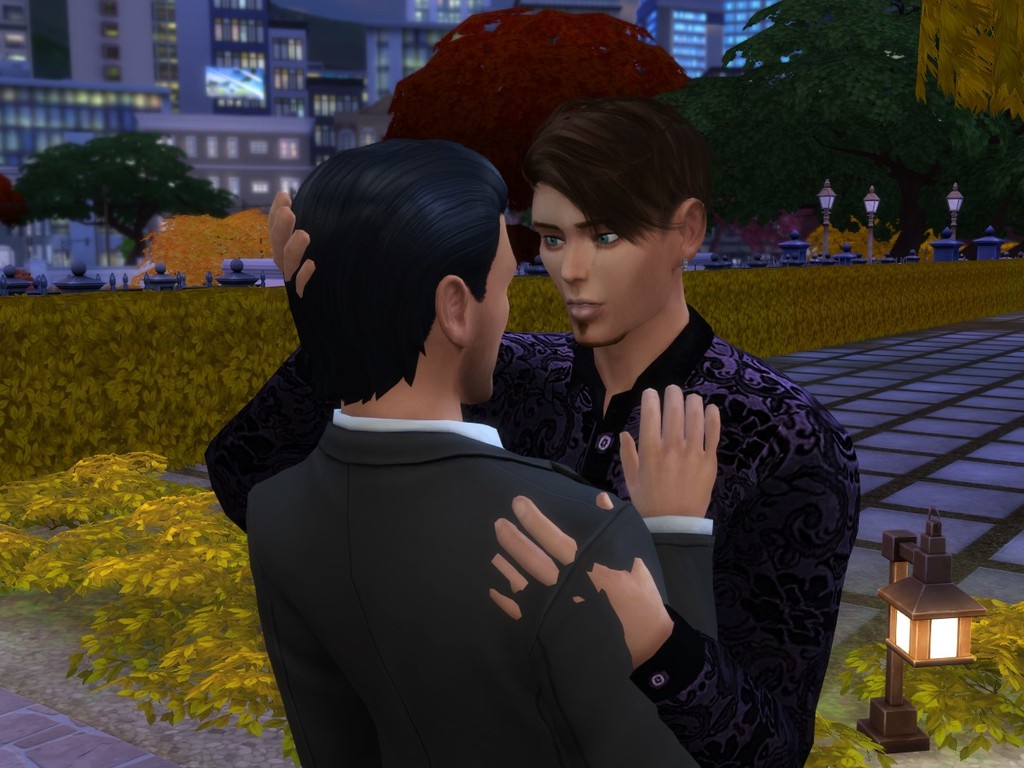 “I wished I had read your book earlier. Now I get it. I understand what you went through, and I feel like such a freaking bastard. I only thought about myself. I didn’t even try to understand what you have had to go through your whole life.” Gazing into his eyes, I said, “I want you. I want us. Do you think that’s possible?”
​ 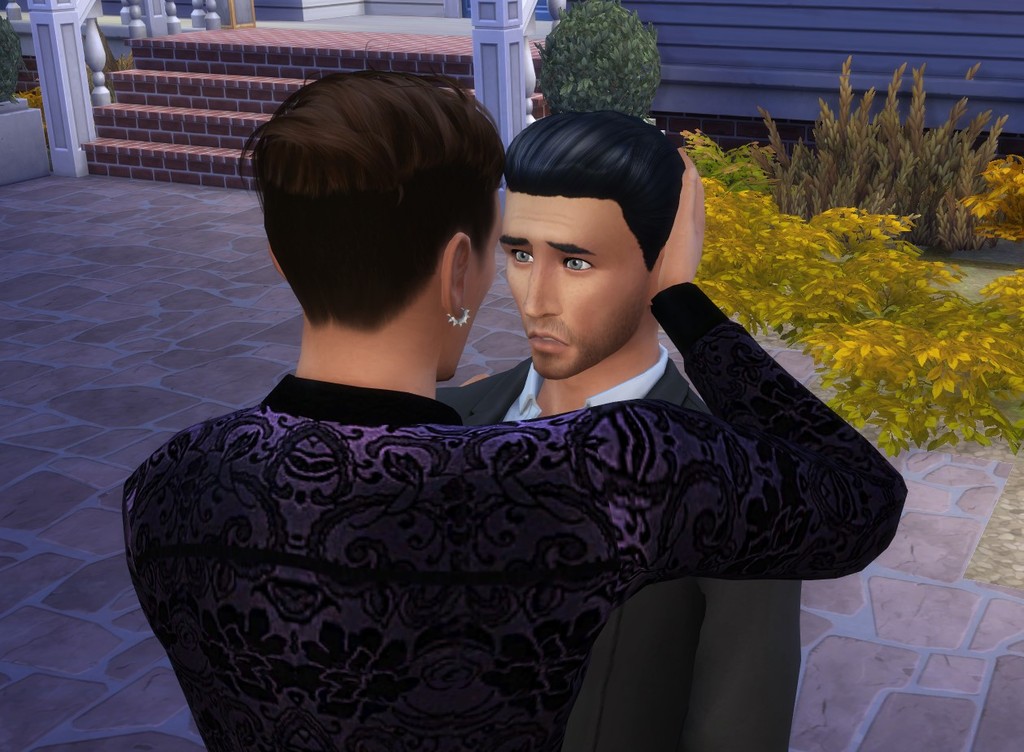 “Oh, baby,” he whispered, tears in his eyes. Closing up the space between us, he kissed me with the longing and desperation I felt.
​ 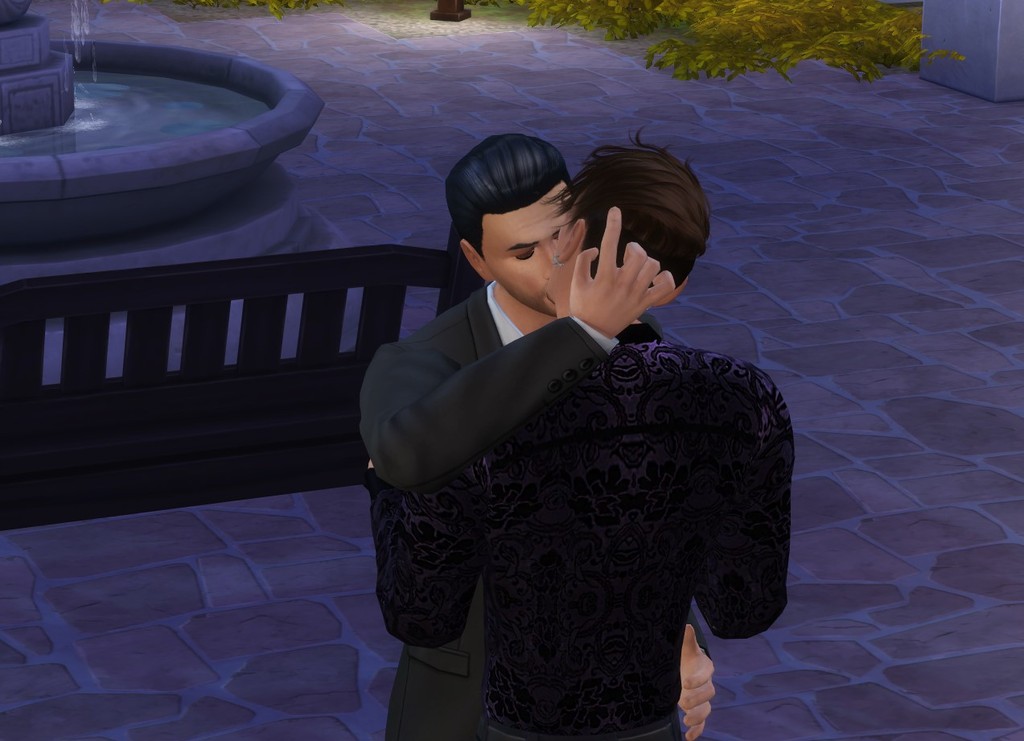 I didn’t need any encouragement.

As soon as we got off the elevator, shirts flung as belt buckles clattered. Our clothes were off in seconds and we melted into one another, an ache had to be quenched.
​ 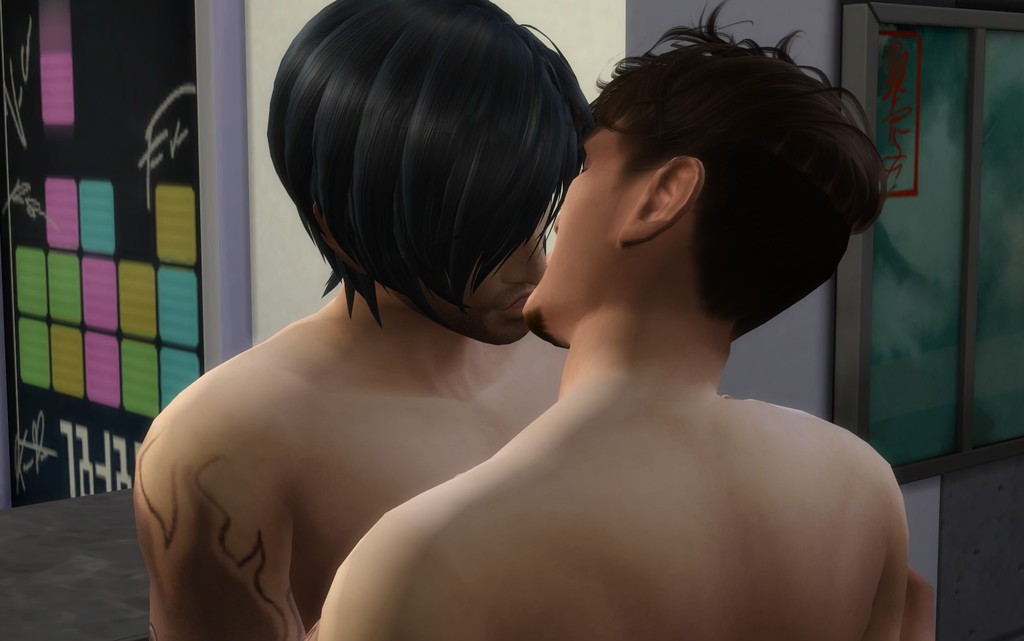 Ecstasy rocketed my body as we wrapped ourselves with each other. I’d missed him so much. I didn’t realize it until that moment.

We were never meant to be with anyone else.
​ 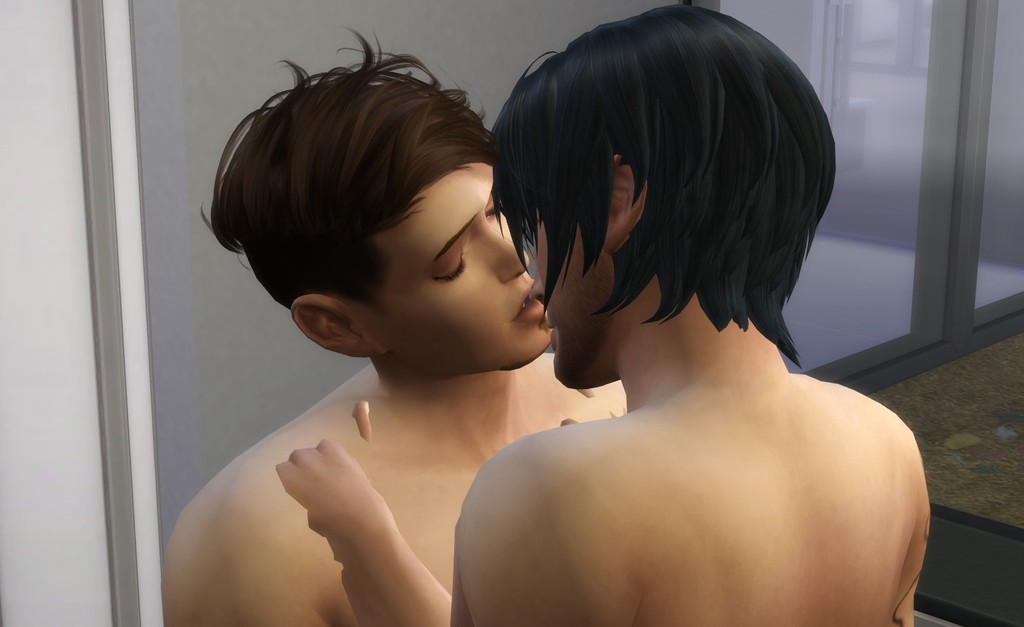 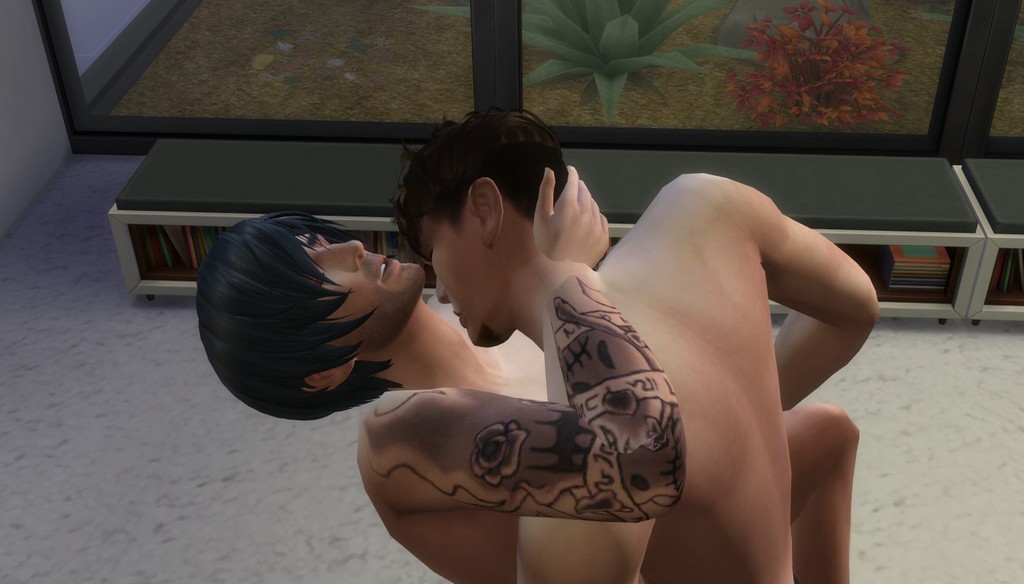 After the first time, we didn’t get enough, so we went to the bedroom where we professed our love for one another again, making sure this time not to leave anything unsaid.

“Baby, I love you,” he whispered, kissing me tenderly. He was such a sweet lover. He hadn’t changed. 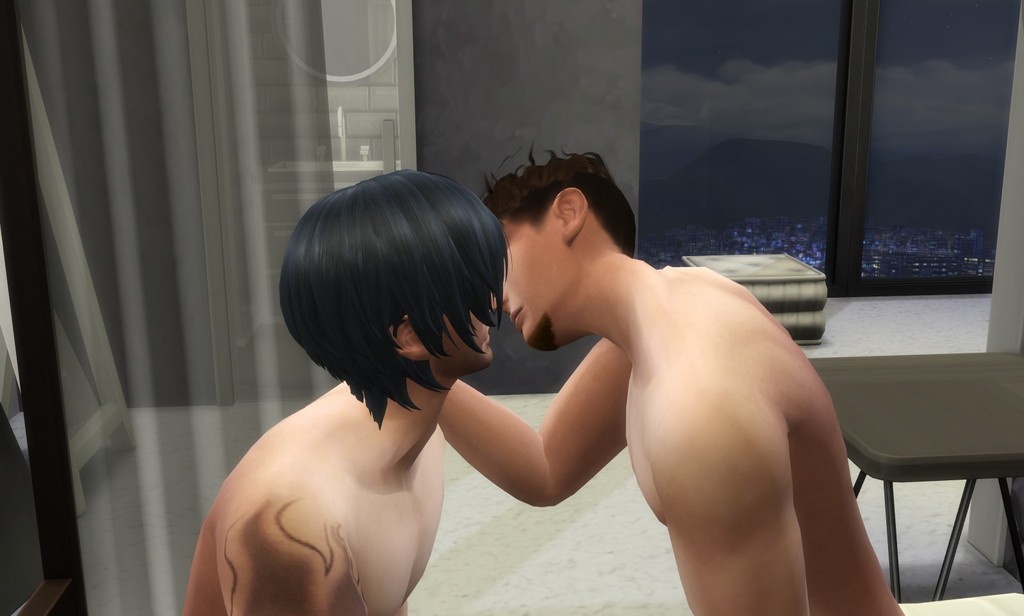